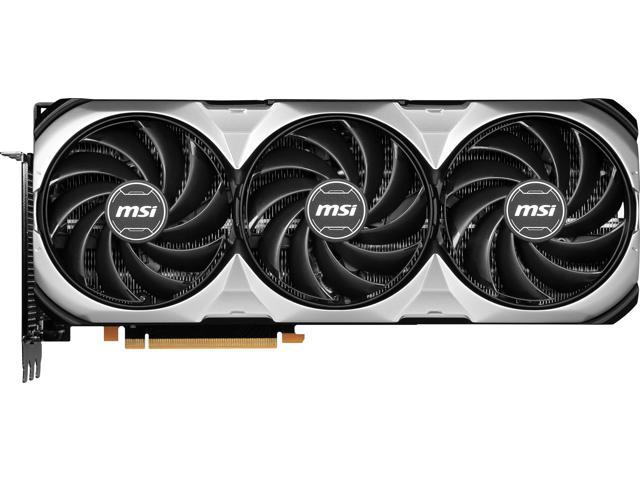 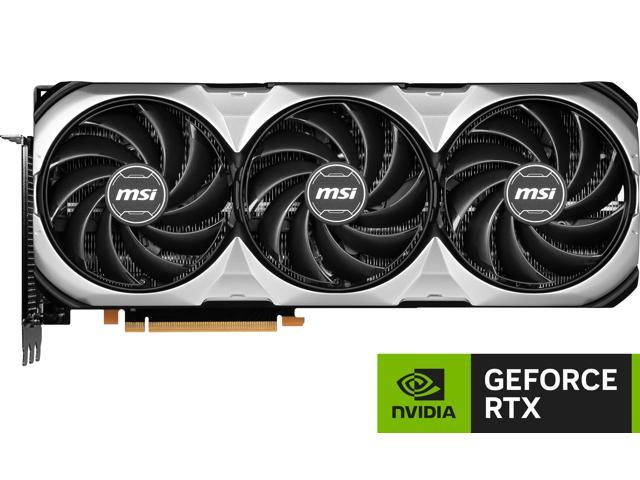 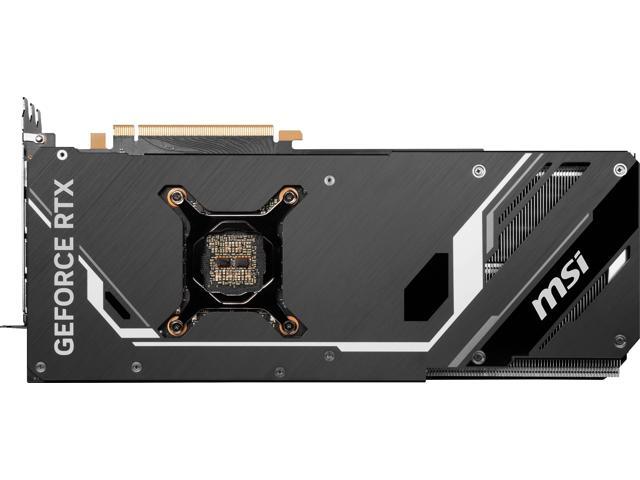 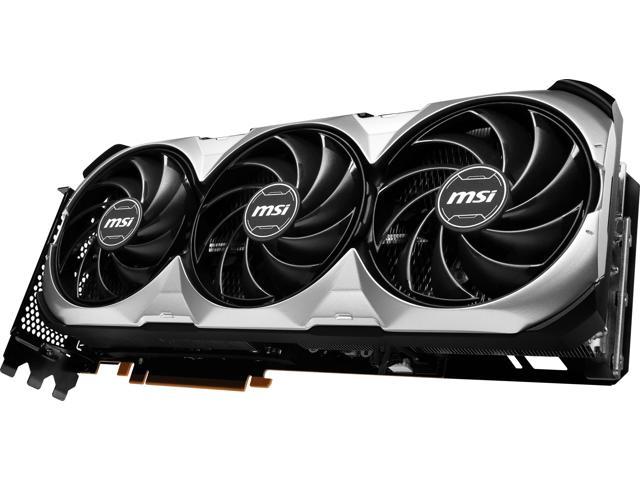 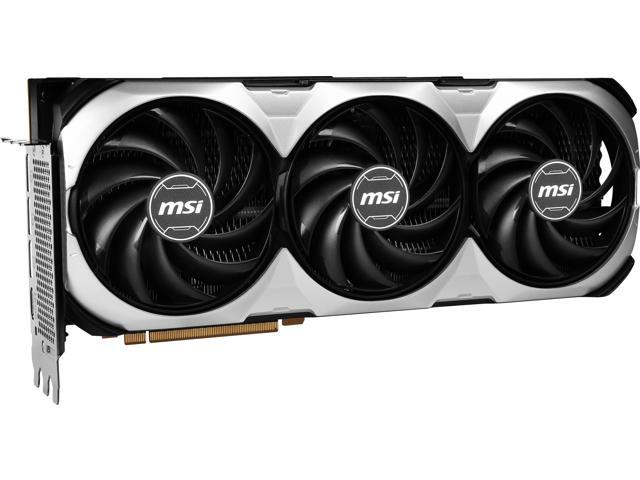 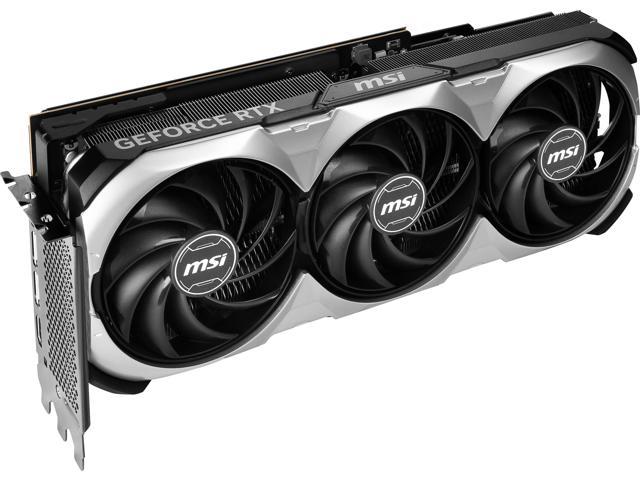 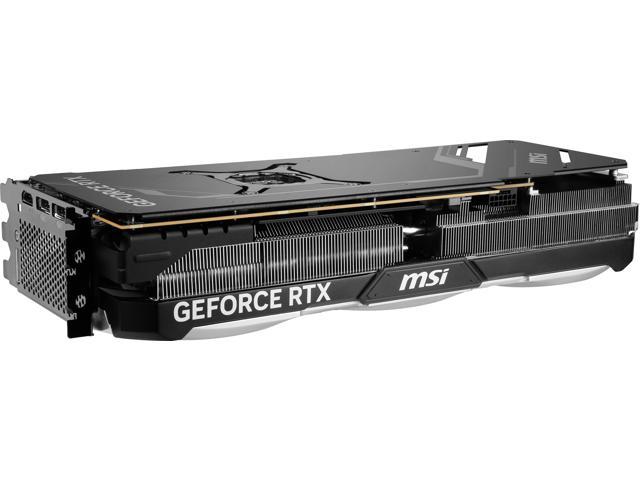 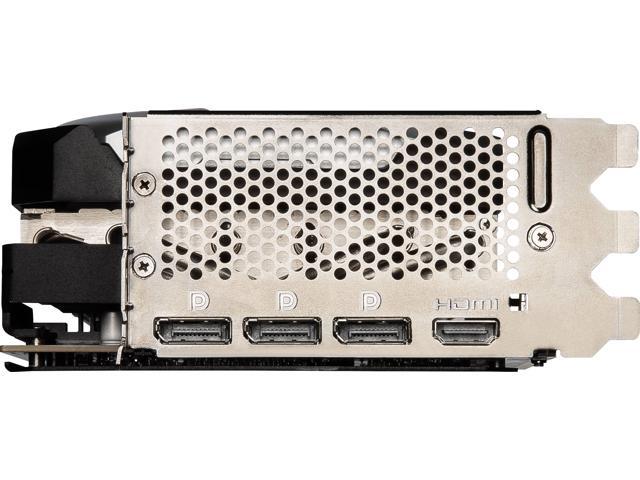 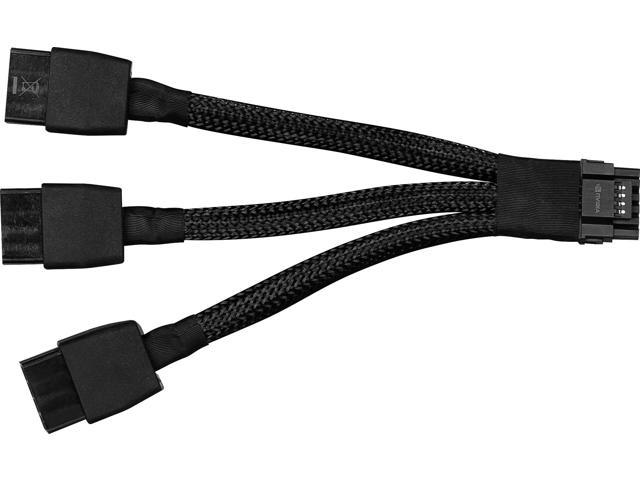 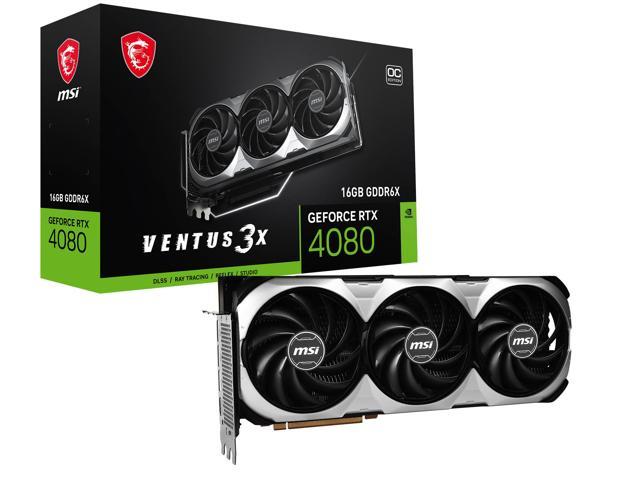 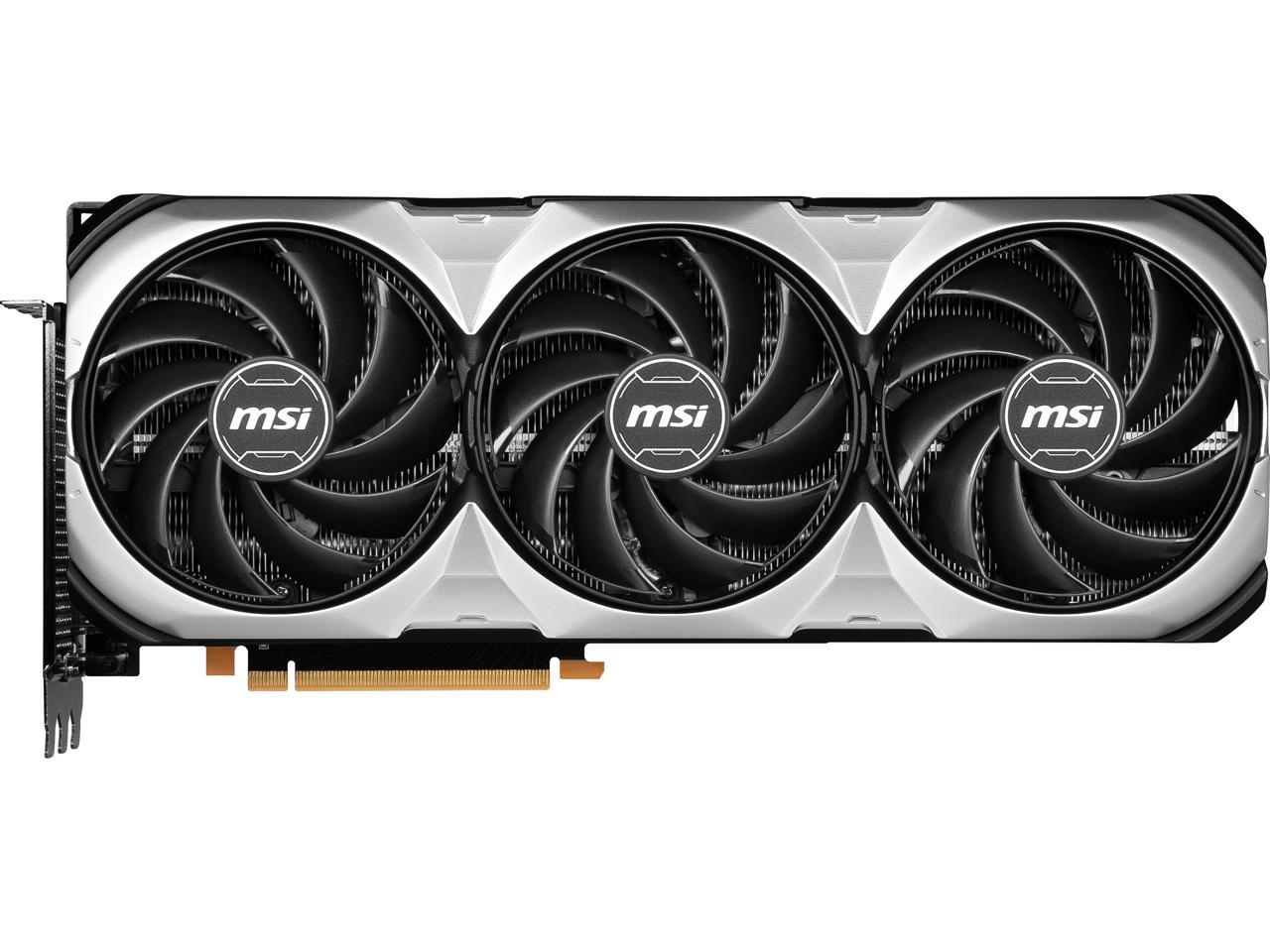 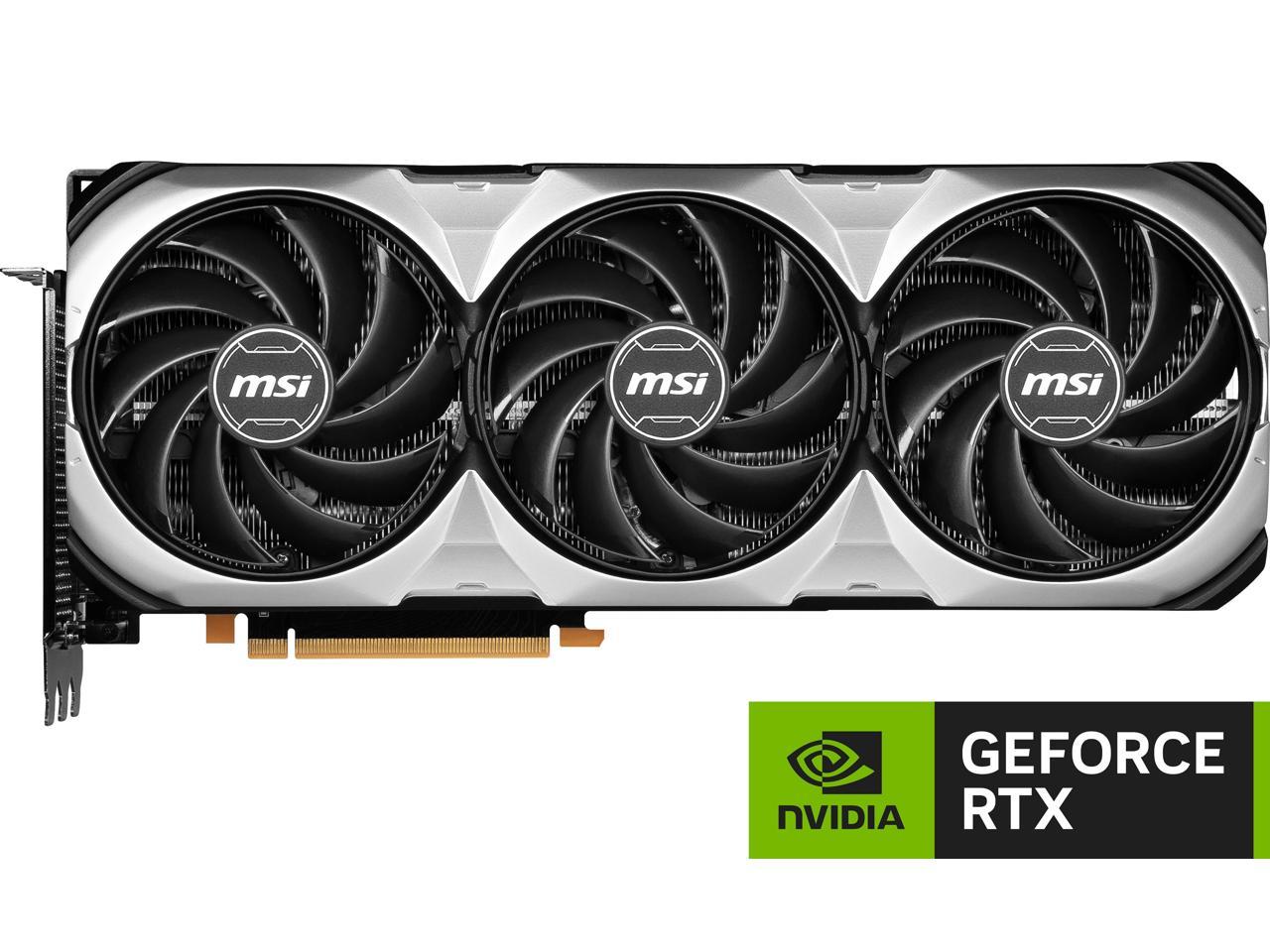 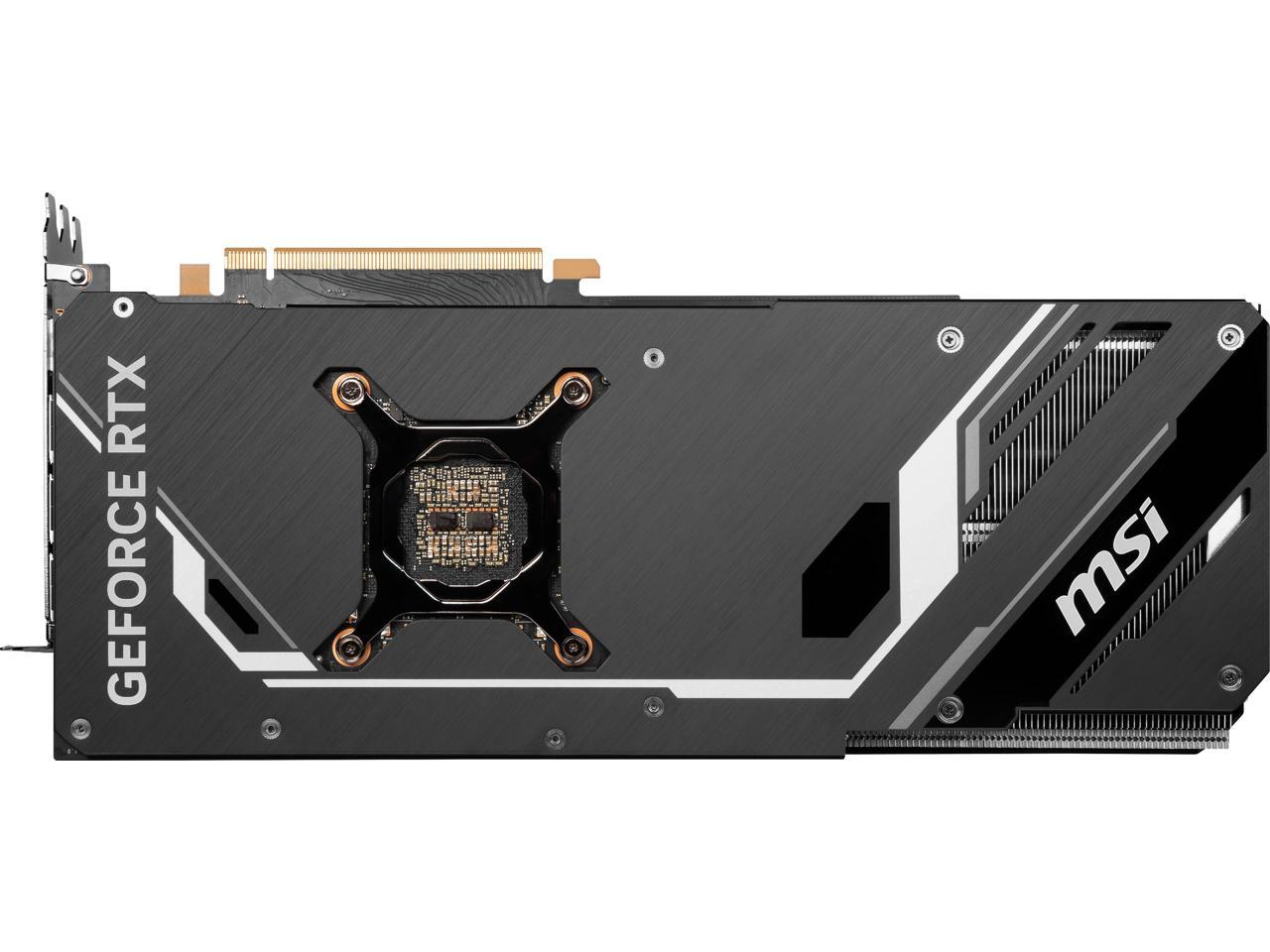 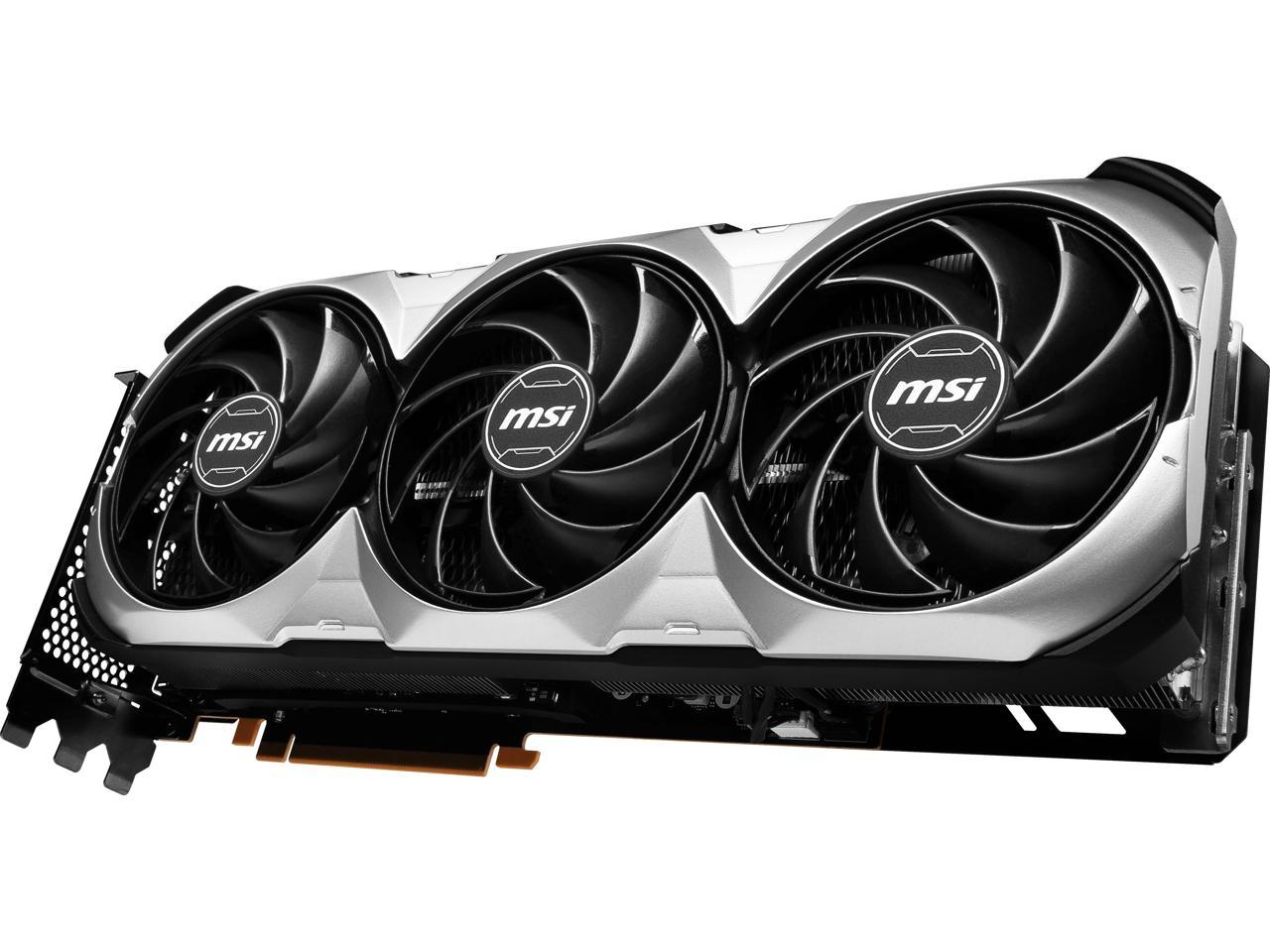 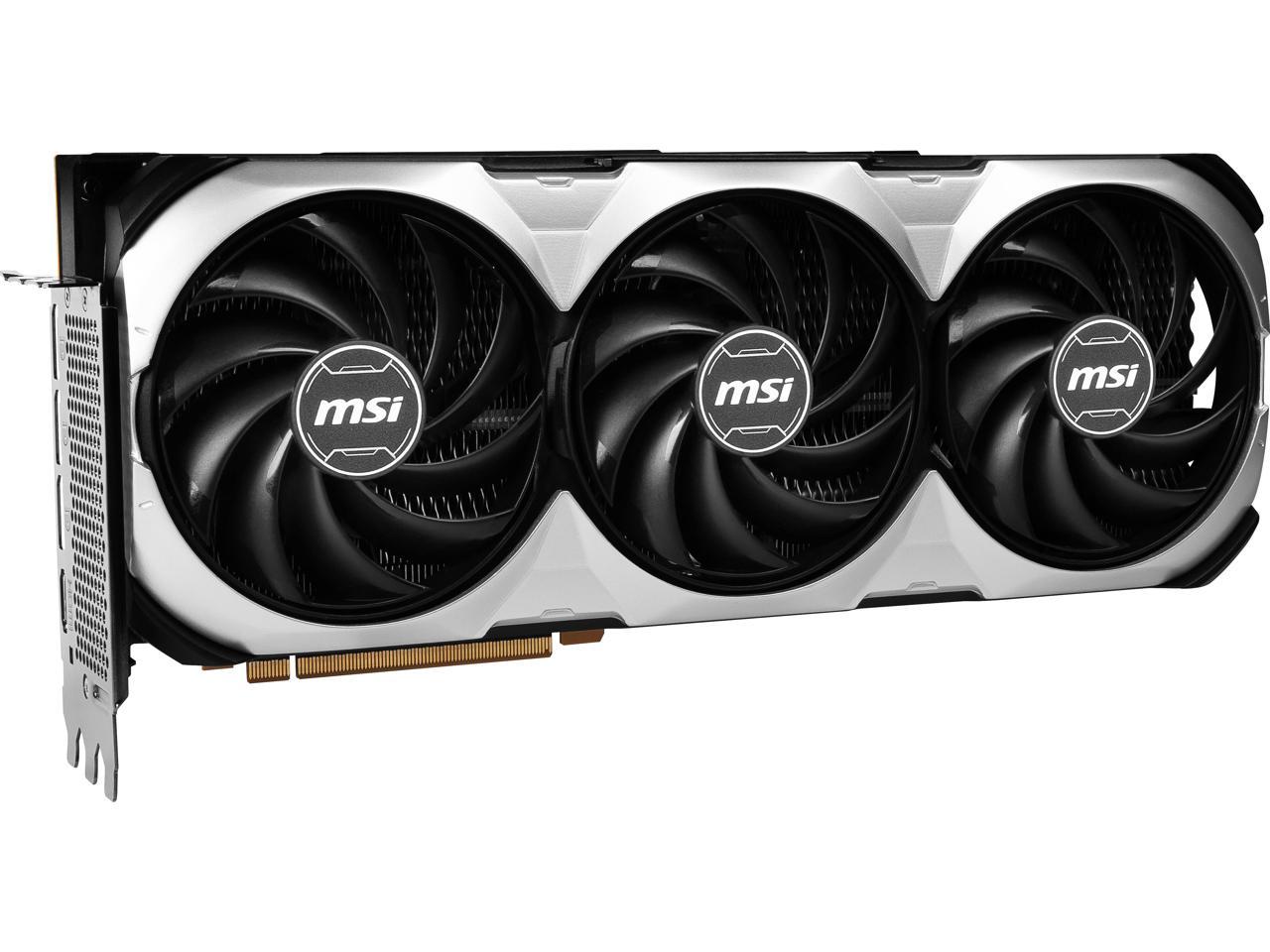 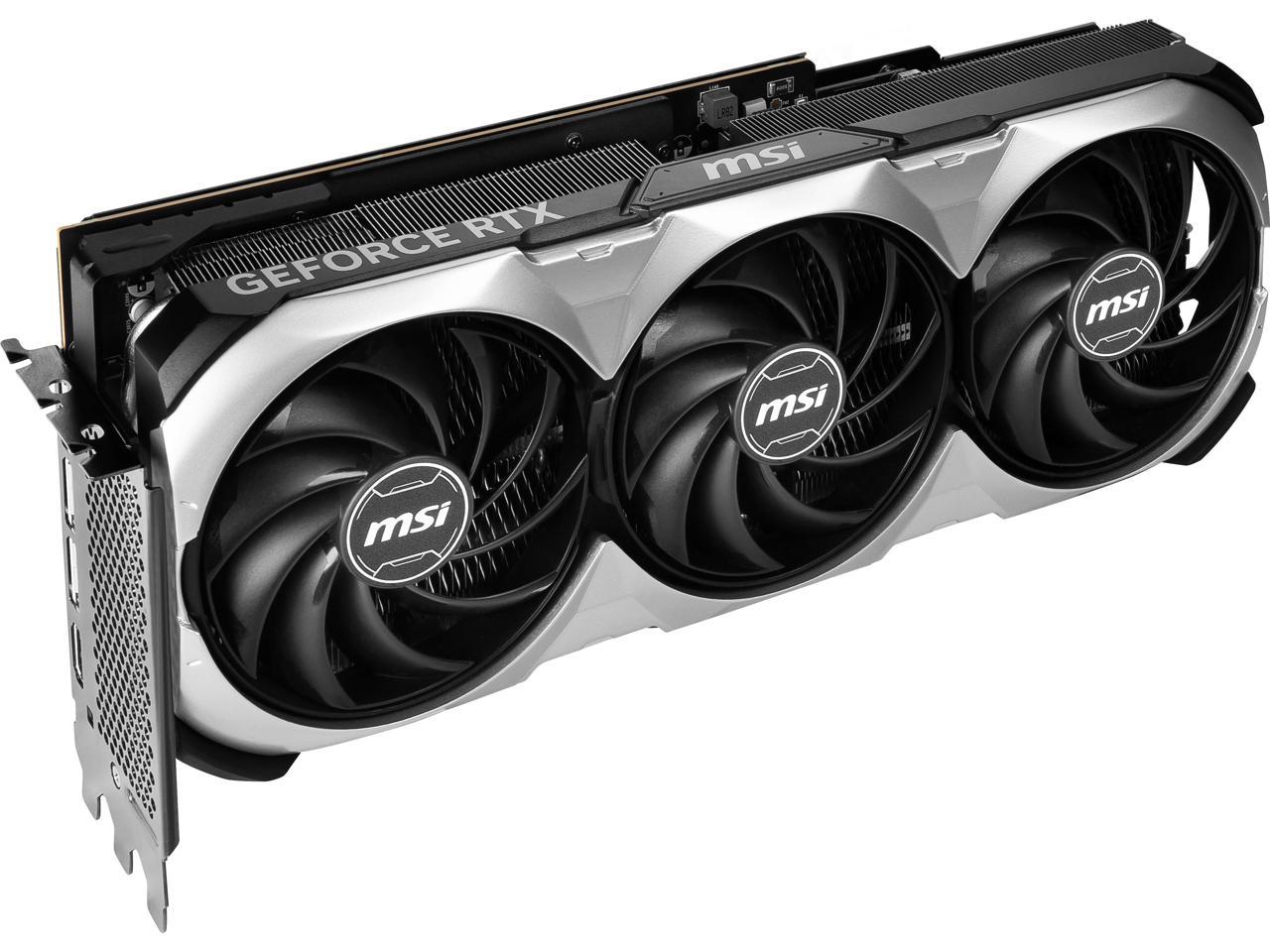 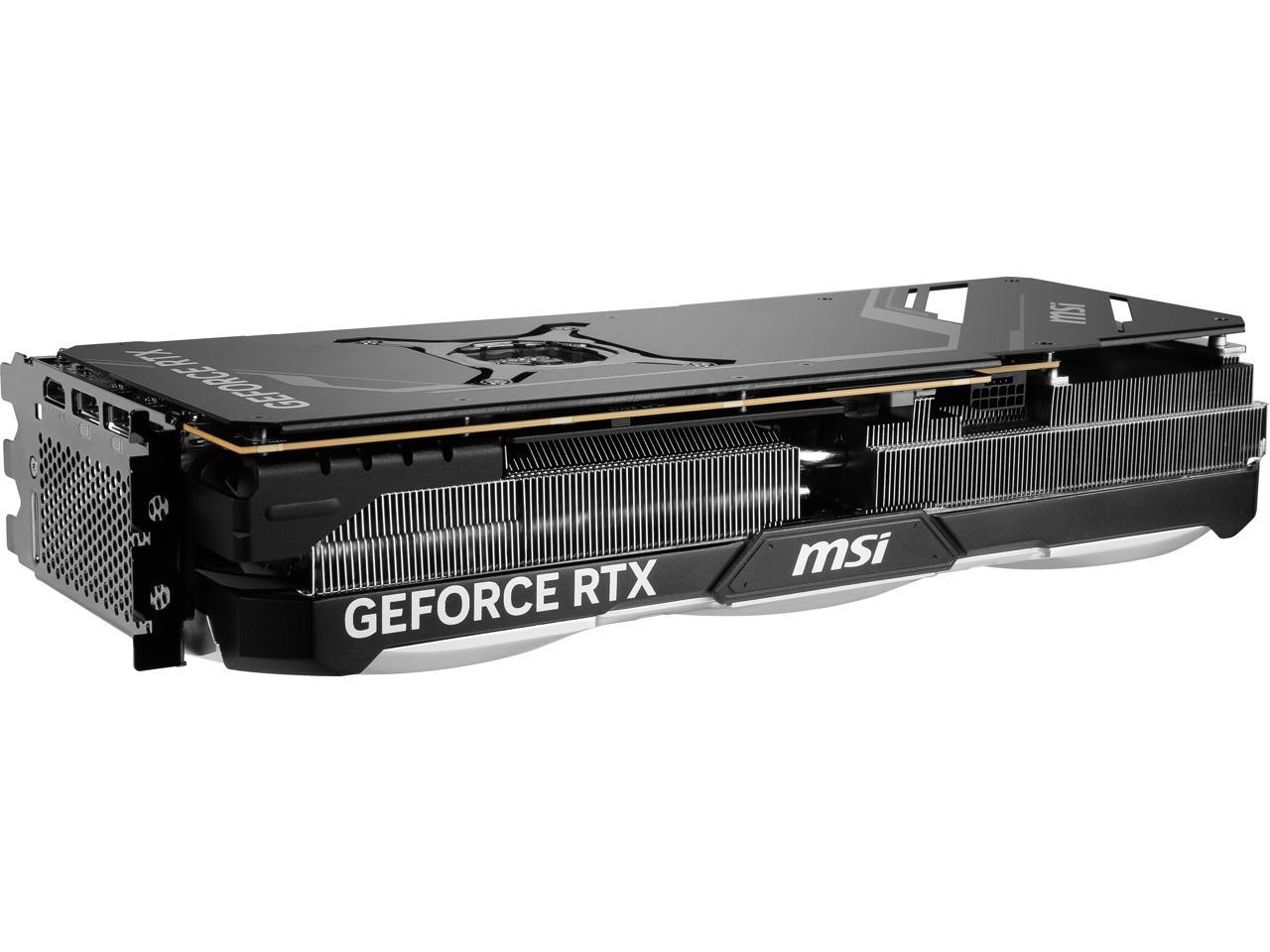 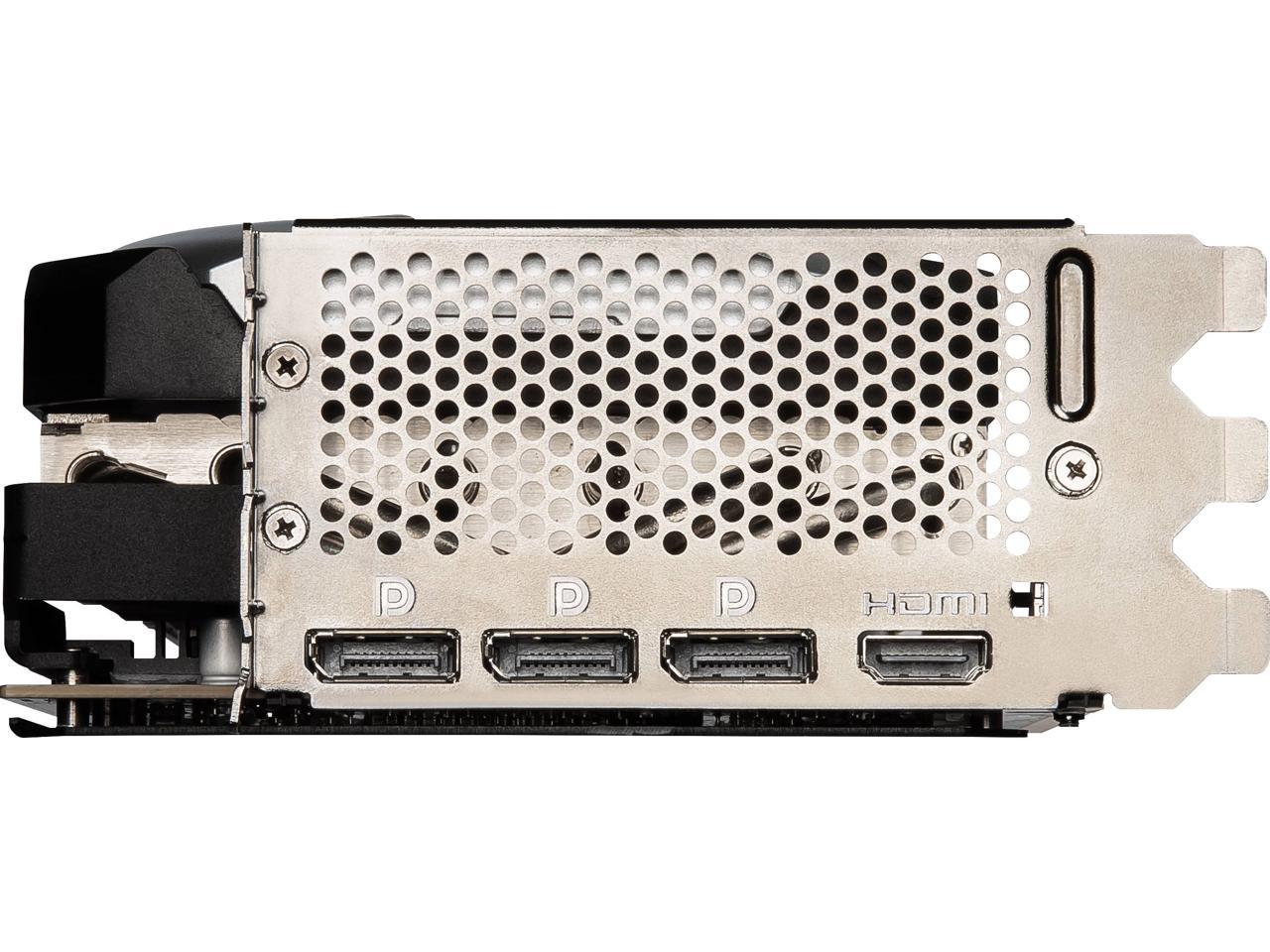 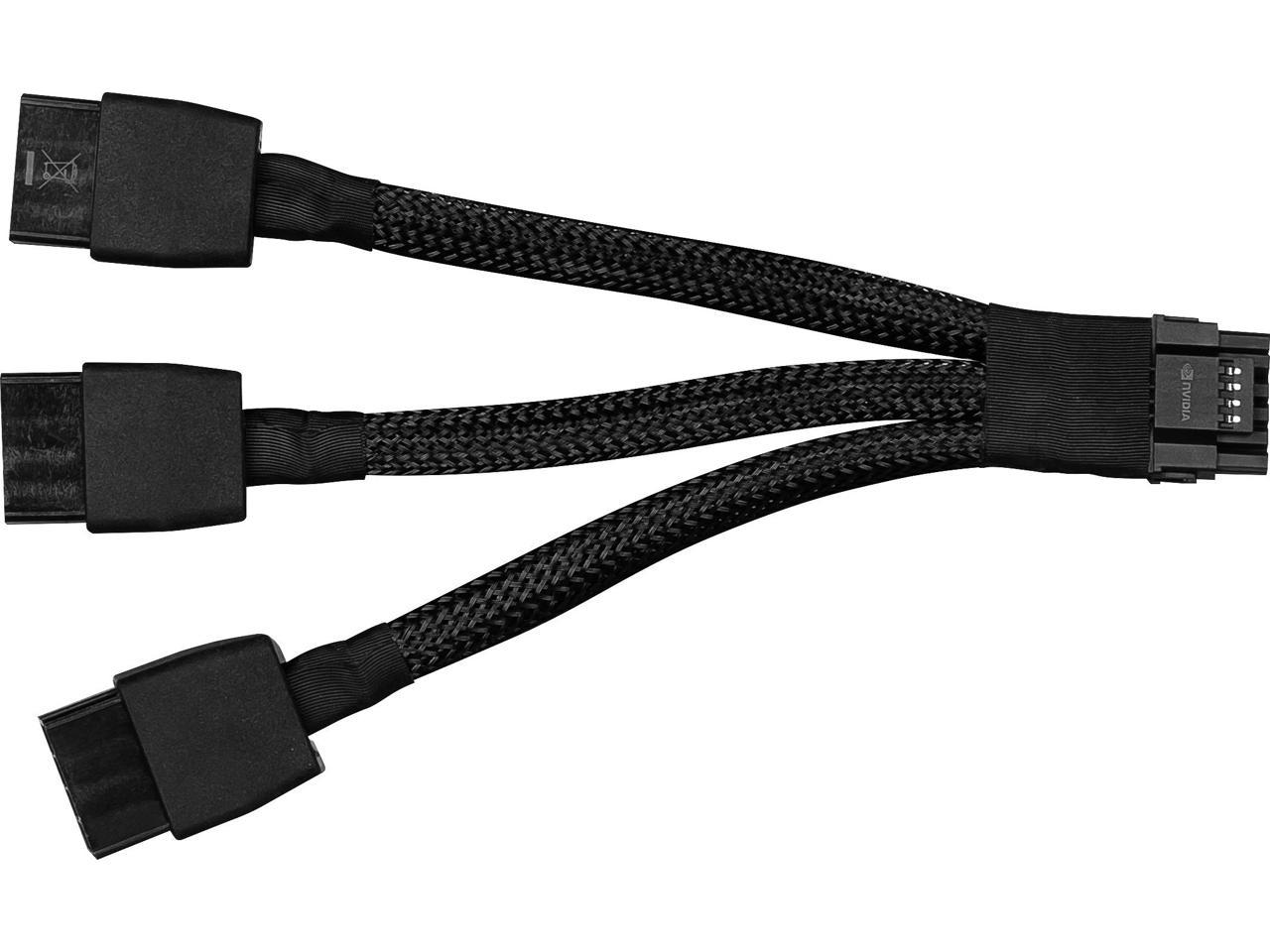 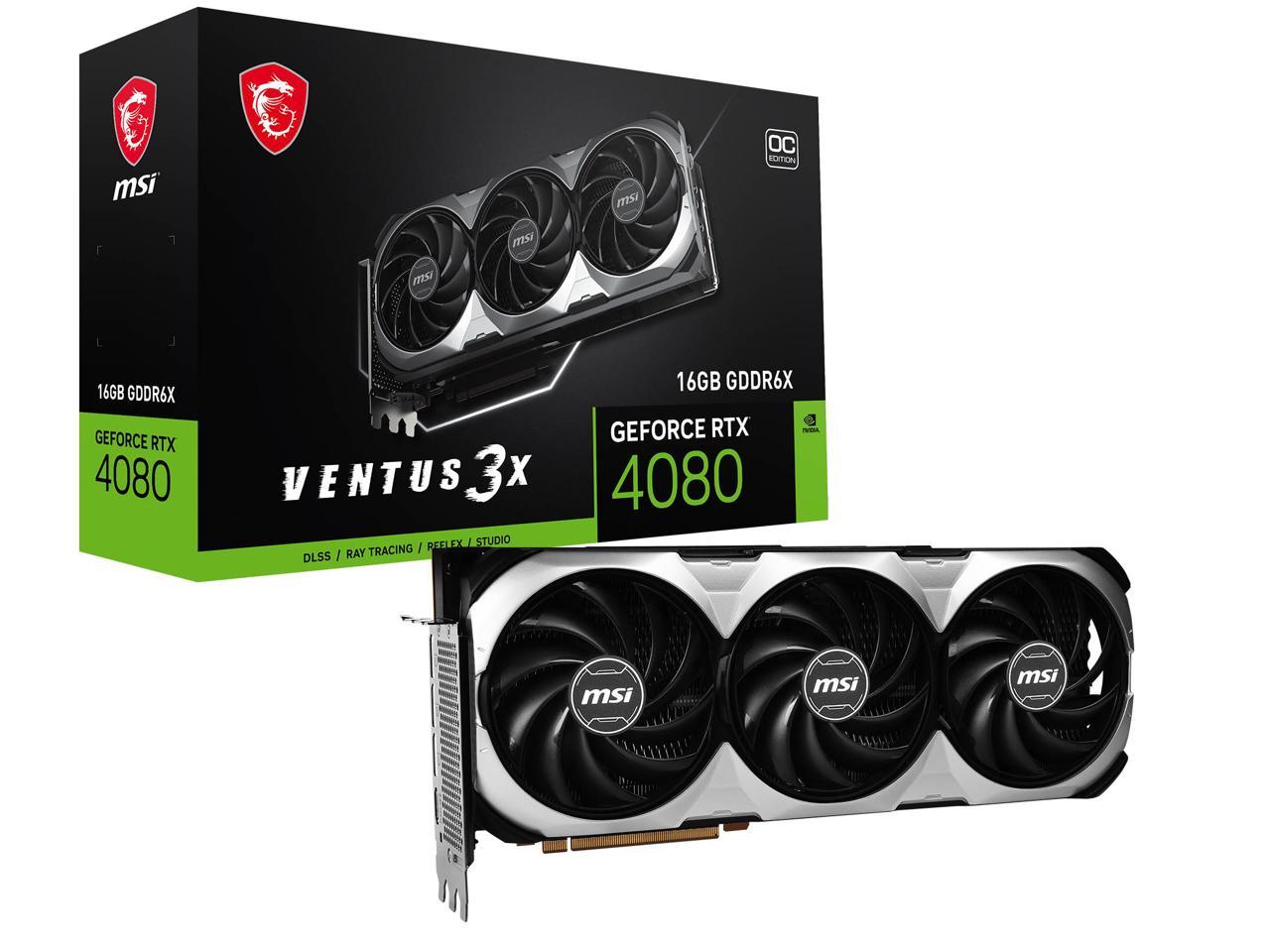 VENTUS brings a fundamentally solid experience to users looking for a performance graphics card. A sharp-looking updated design with TORX FAN 4.0 and Airflow Control lets VENTUS breeze through any task.

The Ultimate Platform for Gamers and Creators

Up to 2x performance and power efficiency

Up to 2x AI performance

Up to 2x ray tracing performance

TORX FAN 4.0 is built on teamwork, with pairs of fan blades bound together with a linked outer ring design that focuses airflow into the Triple-Fan cooling system.

Heat from the GPU and memory modules is immediately captured by a solid nickel-plated copper baseplate and then rapidly transferred to an array of heat pipes. This widening of the thermal transfer systems with highly efficient mechanisms improves overall efficiency.

Core Pipes are precision-crafted to make maximum use of the available space. A squared section of heat pipes fully touch the GPU baseplate to then spread heat along the full length of the heatsink.

The fans completely stop when temperatures are relatively low, eliminating all noise when active cooling is not needed. The fans will automatically start spinning again when the heat is on during gaming.

The Ada architecture unleashes the full glory of ray tracing, which simulates how light behaves in the real world. With the power of RTX 40 Series and third-gen RT Cores, you can experience incredibly detailed virtual worlds like never before.