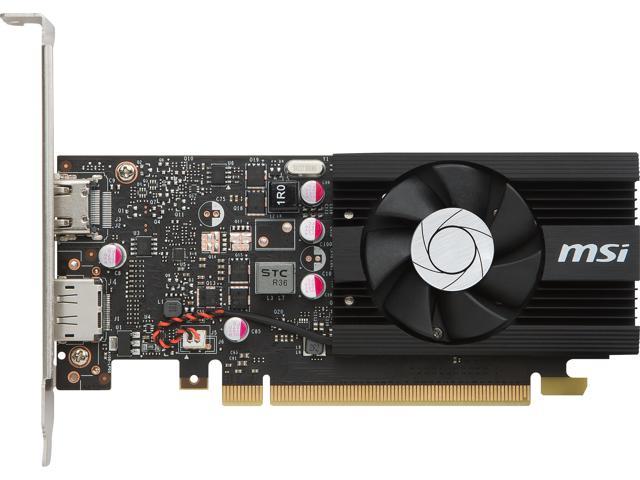 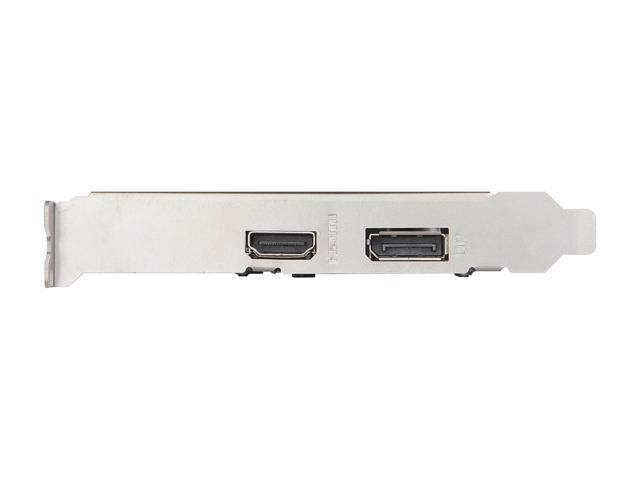 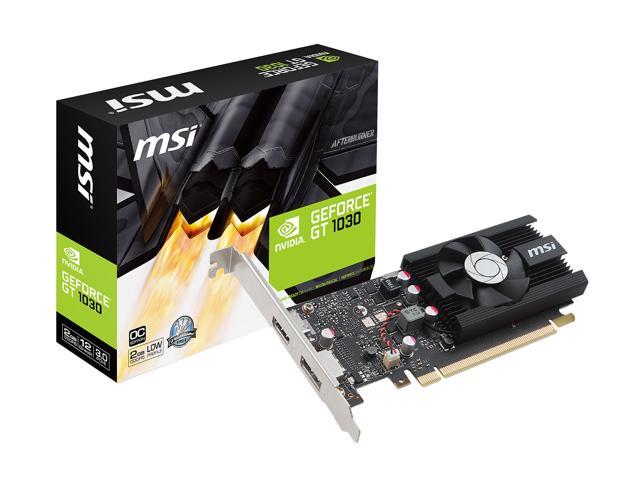 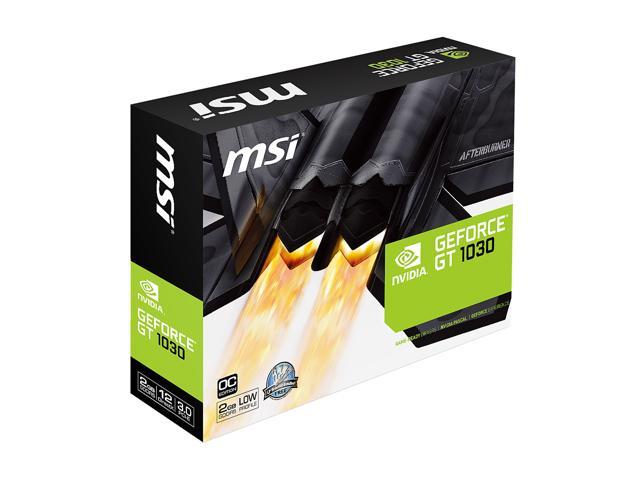 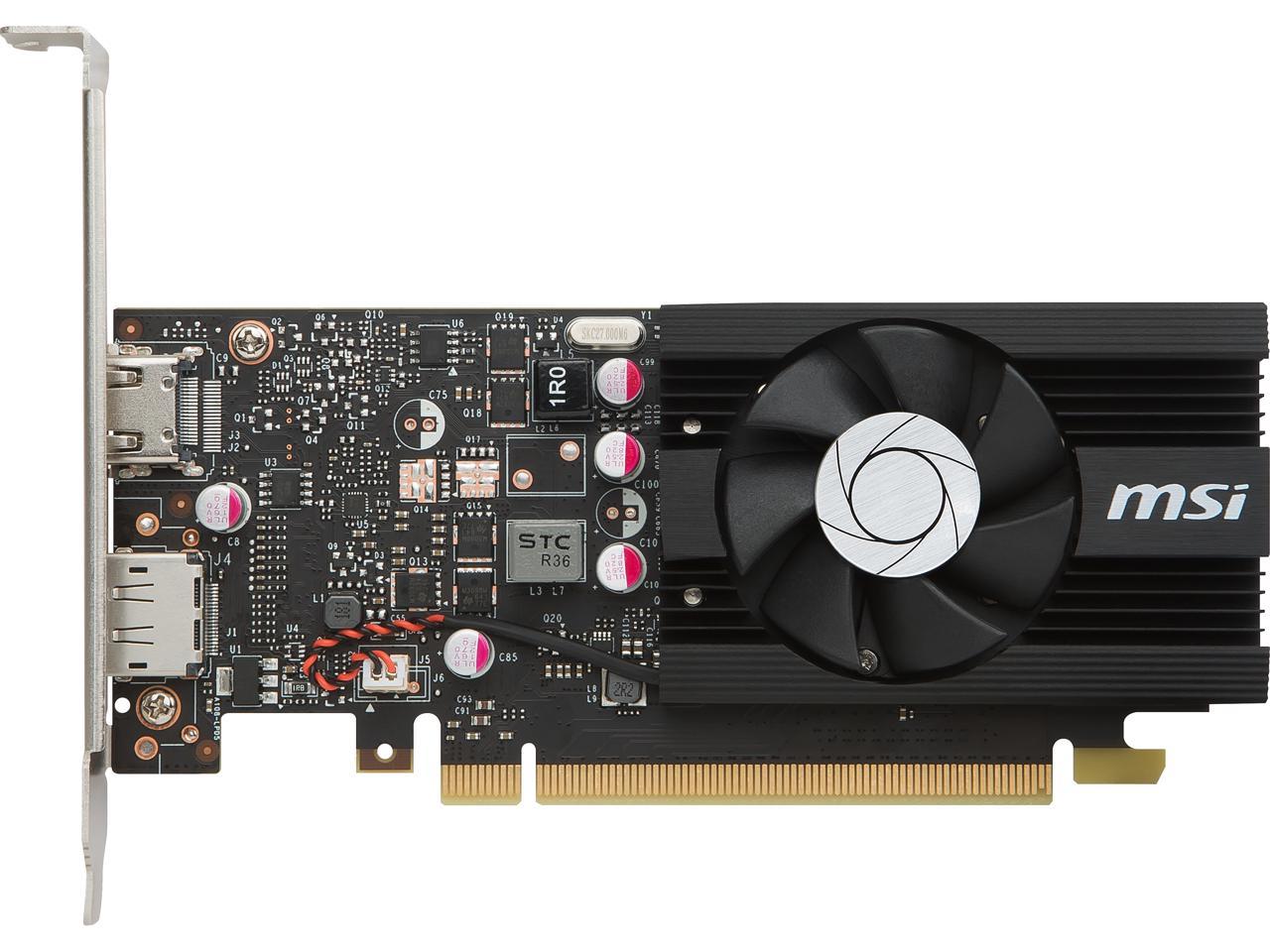 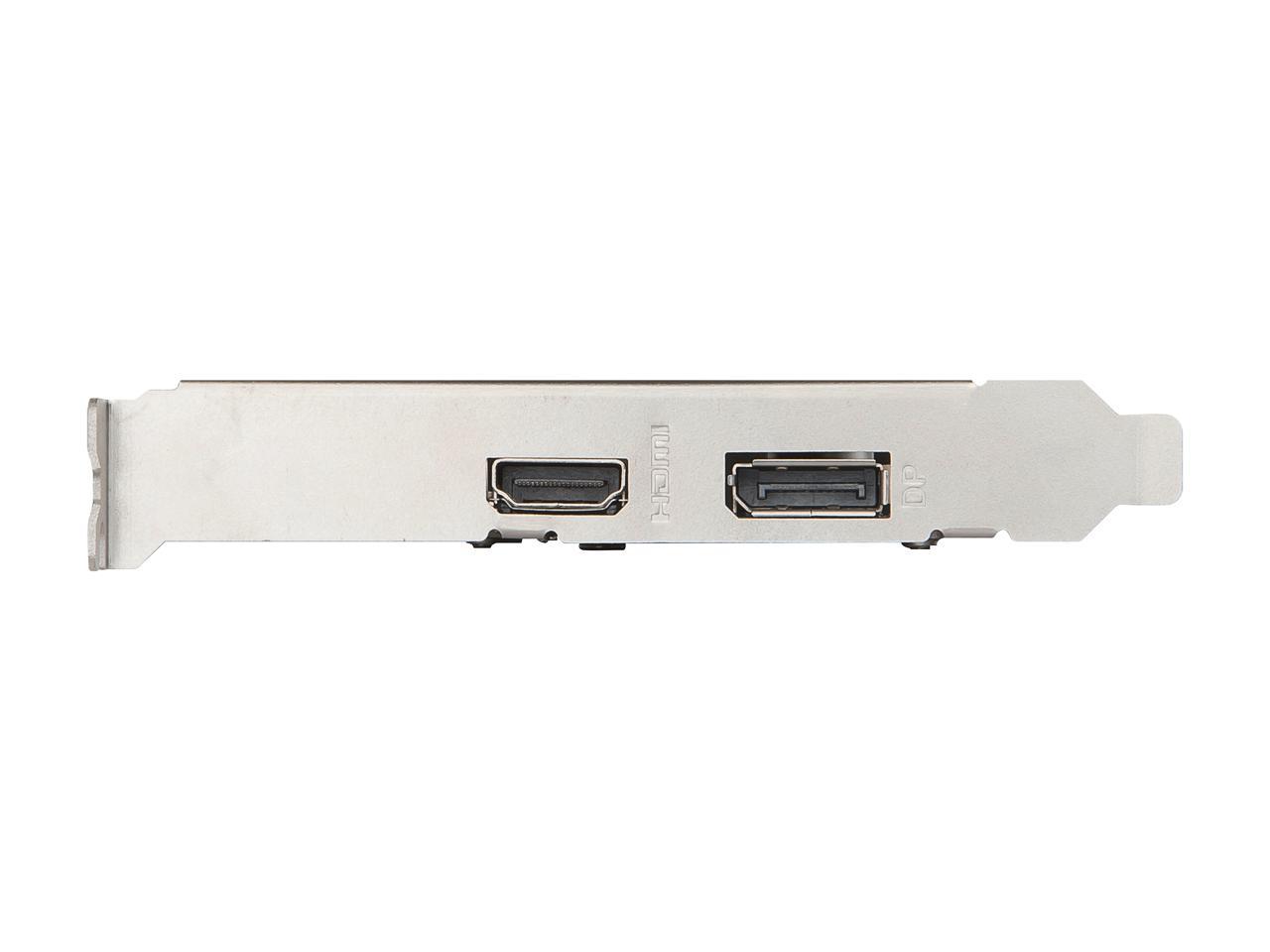 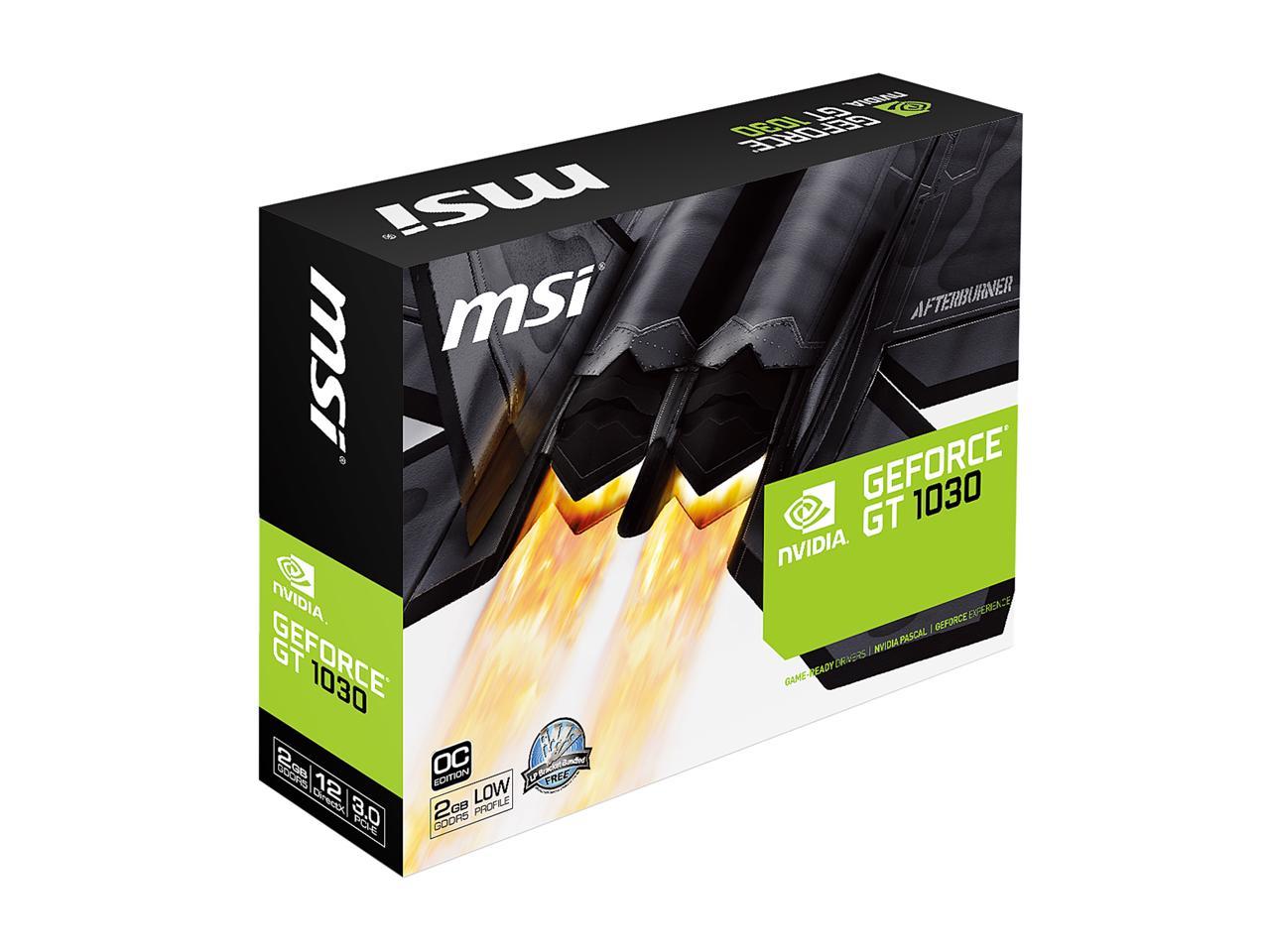 STEP UP TO BRILLIANT PC GRAPHICS

Pascal is built to meet the demands of next generation displays. It features NVIDIA GameWorks technologies for extremely smooth gameplay and cinematic experiences.

The easiest way to optimize your games and keep your drivers up to date, the GeForce Experience application automatically notifies you of new driver releases from NVIDIA. With a single click, you'll be able to update the driver directly, without leaving your desktop. One of the deciding factors in performance is the quality of the components used. That is why MSI only uses MIL-STD-810G certified components. Only these components have proven durable enough to withstand the torturous circumstances of extreme gaming and overclocking for extended usage. MSI Afterburner is the world's most recognized and widely used graphics card overclocking utility which gives you full control of your graphics cards. It also provides an incredibly detailed overview of your hardware and comes with some additional features such as customizing fan profiles, benchmarking and recording videos.

Pros: -I would rate this as only just below the 750ti as far as average fps goes but higher as far as minimum frames per second during gameplay and better frame times overall. -single slot design makes it extremely versatile for small form factor cases

Cons: -only has 2 outlets for video but i didn't need 3 for what i bought this for.

Overall Review: I would recommend this card to E sports gamers. Paired with a pentium g4560 would make a great budget gaming PC especially in an extremely small mini itx build.

Pros: Decent for a linux box directx 12 and can run some titles without too much issue

Cons: no so much a con as it is an observation if you want one of these make absolutely SURE you get the GDDR5 version and not the DDR3 version one can game one CANNOT.

Overall Review: If all you need is an addin low profile graphics card for a small form factor pc this comes with the bracket currently using it with an optiplex 390

4 out of 4 people found this review helpful. Did you?
Manufacturer Response:
Dear Aaron, Thank you for sharing your experience with the GT 1030! If you ever require technical assistance, please feel free to contact our technical support department directly at 626.271.1004 from M to F, 9am to 6pm Pacific Standard Time. Thanks for choosing MSI! Best Regards, MSI Review Team
Anonymous
Ownership: 1 month to 1 year
Verified Owner
Unfortunately this will be my last MSI video card10/26/2018 11:10:45 AM

Overall Review: For those keeping score at home, 15 business days (M-F) is three weeks and 35 business days is 7 weeks or about two months. So unless you can be without your computer for one to two months, don't bother with an MSI product. I'll be buying a better brand that has better support policies in the future.

4 out of 4 people found this review helpful. Did you?
Manufacturer Response:
Dear Valued Customer, Thank you for sharing your experience with the MSI product. We certainly value your feedback and please accept our sincerest apologies for any inconvenient experience. If you have any further questions regarding this product or have any suggestions for improvement for us, please do not hesitate to contact us directly at usreview@msi.com and we will be more than happy to assist you. If you require further technical assistance, please feel free to contact our technical support department directly at 626.271.1004 from M to F, 9am to 6pm Pacific Standard Time. Thanks for choosing MSI! Best Regards, MSI Review Team | JC11012018012 | usreview@msi.com
MARK W.
Ownership: 1 day to 1 week
Verified Owner
excellent for business use12/13/2017 8:26:05 AM

4 out of 4 people found this review helpful. Did you?
Manufacturer Response:
Dear Valued Customer, Thank you for sharing your experience with the MSI product! If you ever require technical assistance, please feel free to contact our technical support department directly at 626.271.1004 from M to F, 9am to 6pm Pacific Standard Time. Thanks for choosing MSI! Best Regards, MSI Review Team
Byron S.
Ownership: 1 week to 1 month
Verified Owner
Great for tight places2/3/2020 6:48:59 AM

Overall Review: A true one slot video card. It relieved and greatly improved my onboard graphics. Worked like a champ at the very first boot. Highly recommended for small form factor machines. A great improvement.

2 out of 2 people found this review helpful. Did you?
Manufacturer Response:
Dear Byron, Thank you for sharing your experience with the MSI GT 1030 2G LP OC! If you would like further technical assistance, please feel free to contact our technical support department directly at 626.271.1004 from M to F, 9am to 6pm Pacific Standard Time. Thanks for choosing MSI! Best Regards, MSI Review Team
Jim
Ownership: 1 week to 1 month
Verified Owner
Just what my slim case needed!12/26/2020 9:32:09 AM

Cons: You may want to upgrade the PSU. My slim PC has a 180W which is enough to operate it but it doesn't seem too happy initially during a cold boot. Once it's booted though, it's smooth sailing.

Overall Review: Simply put: If you have a small slim case like a Dell Optiplex, a Lenovo Ideacentre, etc. and you need more oomph than the integrated graphics, then this is the GPU for you! My father passed away in 2017 and left behind a Lenovo Ideacentre 90F1 slim desktop. It's nothing spectacular performance-wise: i5-4460S, 16GB DDR3, and recently installed Samsung 860 EVO 2TB to replace the Seagate HDD. My reasoning for the card was twofold. First, I have run dual screens since I got my first laptop in 2006 and never ever looked back. The Lenovo has a HDMI and VGA out, but it's 2020, VGA is a relic of times passed. I want the sharp crisp picture that the digital signals offer, so i needed a card with two or more outputs. Secondly, I wanted to open the door to mild gaming on this machine. I enjoy some lighthearted squabbling on Team Fortress 2, Trackmania, Quake Champions, and some classics like Battlezone, Carmageddon, and Battlefield 2. This card makes that a clean smooth possibility. Installation was a breeze. I'm actually a laptop gamer (MSI GS75 & Dell XPS owner here), so I haven't popped in a desktop graphics card since 2005 with a NVIDIA GeForce FX 5700 in a Dell Dimension (yeah, it's been a while!). Still, it was easy as can be. The slim faceplate had to be swapped in, which can be done in a brief moment with a screwdriver. The card slid right in and I was up and running in a matter of minutes. In my instance I ran DP to my main monitor and HDMI to my secondary. Gaming performance is commendable considering the size and cost of this card. I have no complaints or regrets. It's by no means a 3090Ti, however for AutoCAD, Vectorworks, and less demanding games, it's fantastic. One final note: Get this exact model. Some of the other similar models are DDR4 for the exact same price. Use Newegg's comparison tool to suss out the garbage.

Pros: -great in really small single slot cases. -great 1080p card for most games. -pascal so you know its efficent for most little power supplies.

Cons: -wider bit bus and will need to be upgraded in a year!

Pros: This gpu is solid as long as you buy it for the right reasons. If you want a true budget gaming gpu look at the gtx-1050 and rx-460/560. This gpu is people running sff systems who need a true single slot low profile card. A lot of the "single slot" gpus actually extend beyond one slot because of the fan. This could be a problem for anyone with a mini-itx system. I can confirm this card really is a single slot card and it does come with the low profile bracket. Also its a low power user which is great for anyone upgrade their Dell's or Hp boxes. It does not need any extra power connectors. All juice comes from the mobo.

Cons: This gpu literally takes the crown when it comes to the stupidest system problems i've ever had. I had fits trying to get the screws off so i could switch to the low profile bracket. I've done this with two other gpu's, sata cards, wifi cards...etc and never did i have as hard a time as i did with this card. I almost considered returning it since i needed it for a compact build. I got it eventually but took over 30min....lol never had this experience in any of the computers i've built. Would be better at a $50-60 price point but what can you do.

Overall Review: Performance is actully respectable for such cheap gpu. I tested it on games it wasn't meant to play on a system not designed to play modern games. Game titles tested: Shadows of mordor Rise of the tomb raider hitman (dx11 good, dx12 bad) batman arkham knight metro last light resident evil 7 and 3d mark. This is a gpu made for esports which are not demanding games. However for the most part this gpu can handle the big games if your willing to drop resolution and/or quality settings. A major step up from integrated graphics and a noticeable improvement over the gt 730 which is the gpu i replaced with the 1030. I have no regrets about this gpu choice. It is perfect for the buid. I came across a dell optiplex 390 which i tuned up into a basic gaming and media system for my daughter till she's old enough for a proper gaming machine. The cpu is a definite bottleneck so anything stronger would be a waste anyway. cpu: i5-2400 ram: 10gb 1333mhz drive: 128gb ssd + 250gb drive for storage *sata card to add achi support Again if your coming off a gt 730 this card is a worthwhile upgrade. It seems to sit between the gtx 750 and 750 ti if you want a point of reference. Highly recommended for older systems and small builds where space is tight. *I also want to note that my max temp was 83c but the case its in is cramp and terrible air flow. No side vents for fresh air and sits close to the cpu heat sink. However this didn't really seem to negatively impact performance to much. I likely got held back by the cpu more then i did the temps.

12 out of 14 people found this review helpful. Did you?