Feel 100% satisfied with your purchase -- with no restocking fees & no return shipping costs* within 30 days of delivery. Learn More
Price Alert
Add To ListFound on 9 wish lists 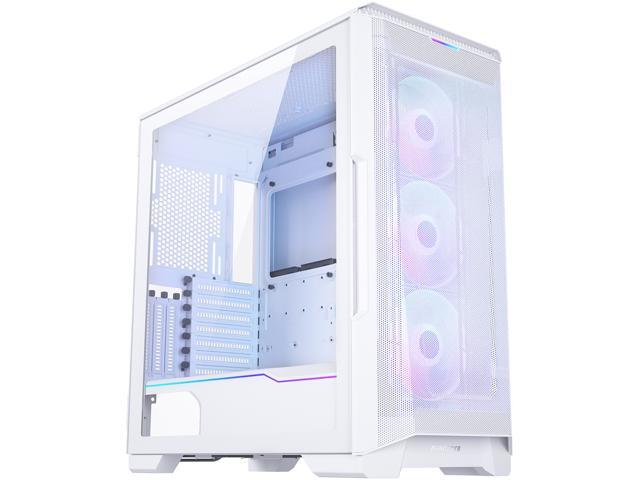 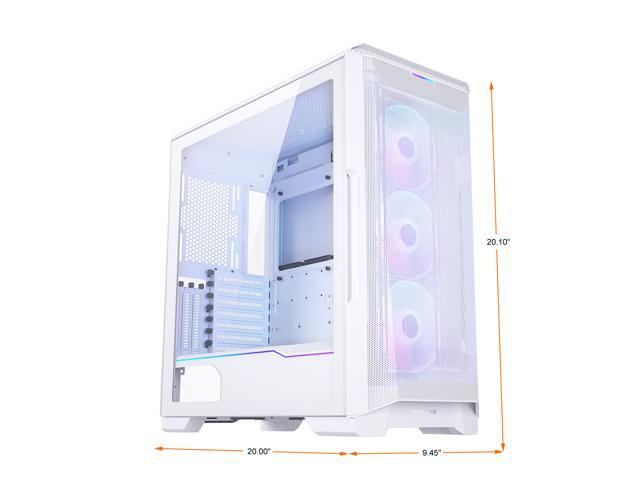 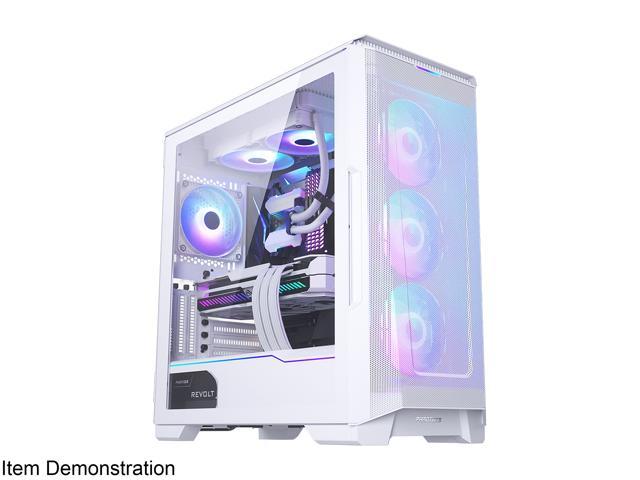 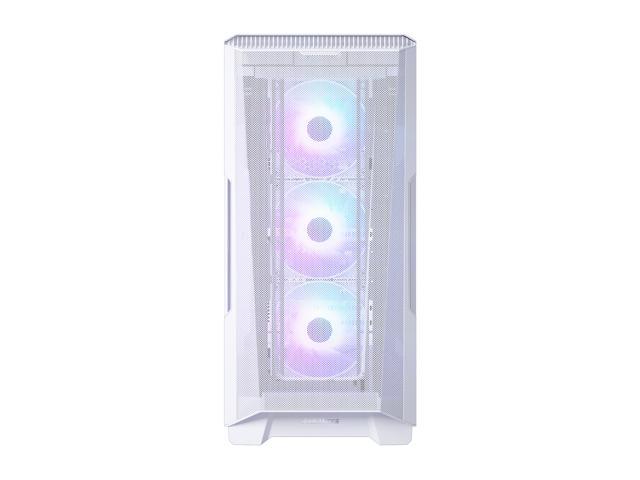 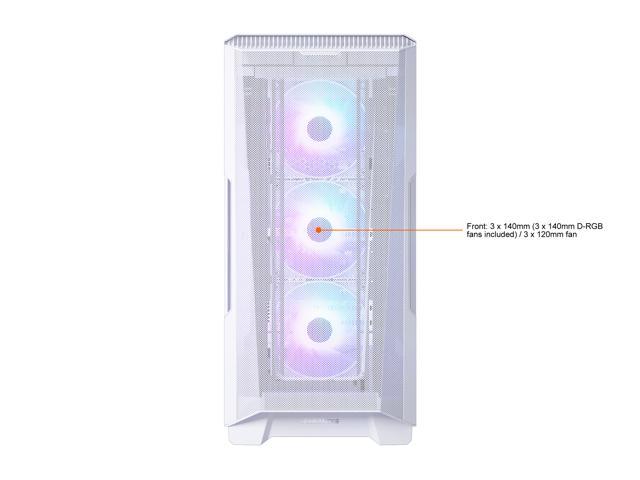 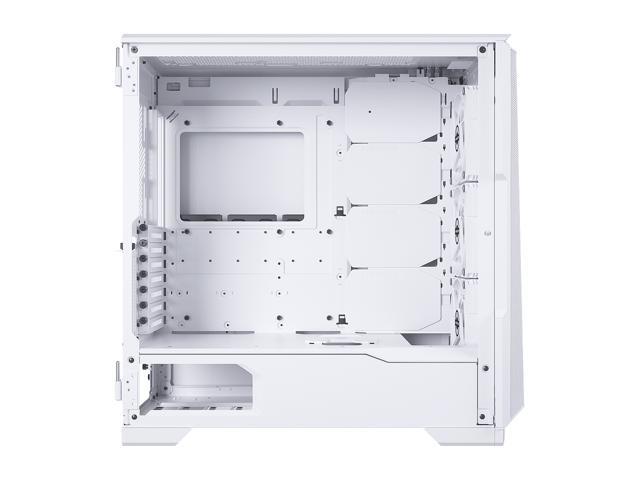 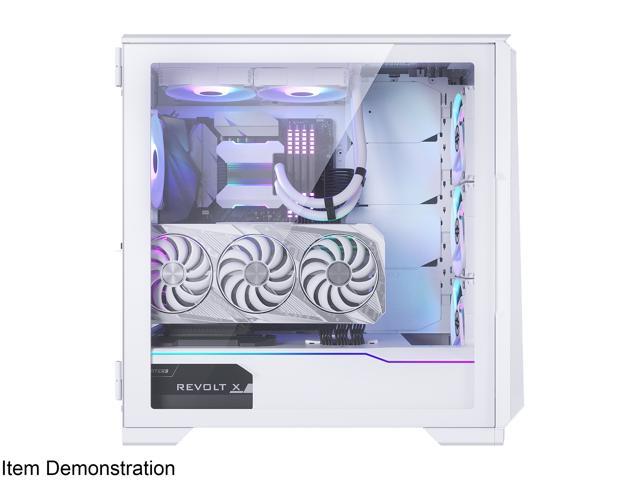 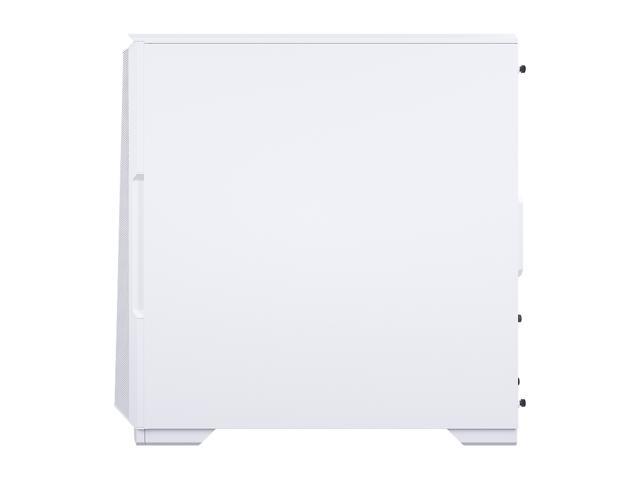 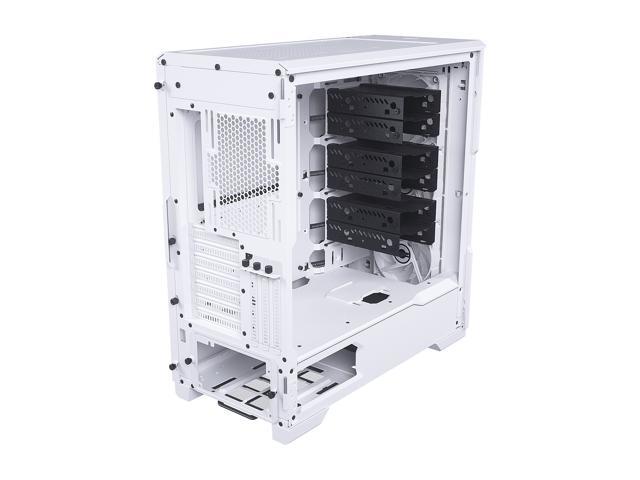 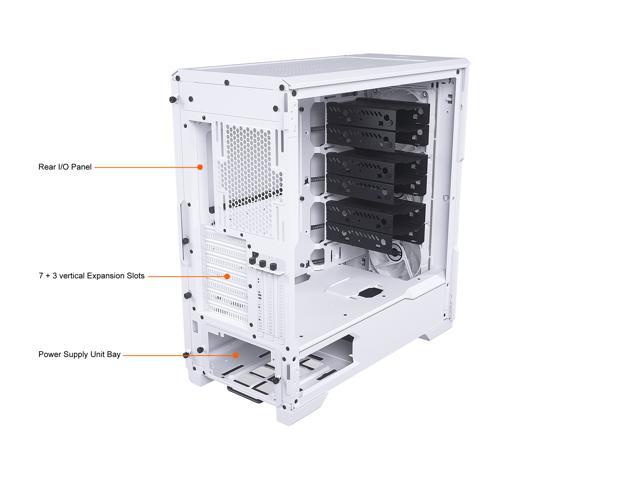 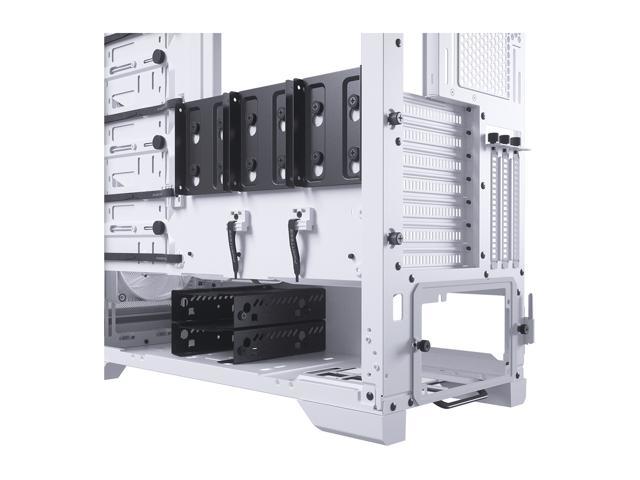 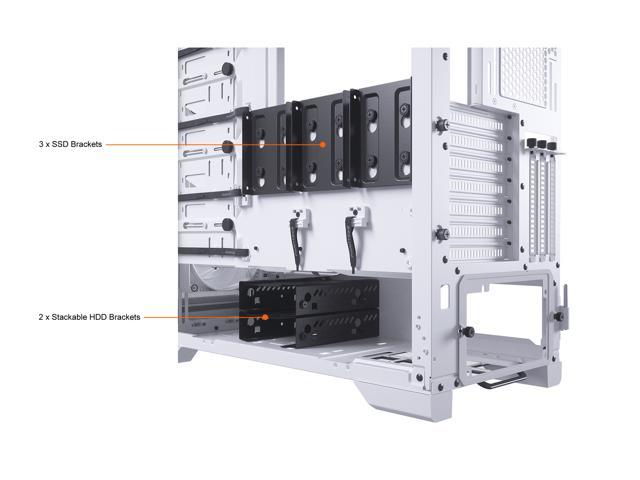 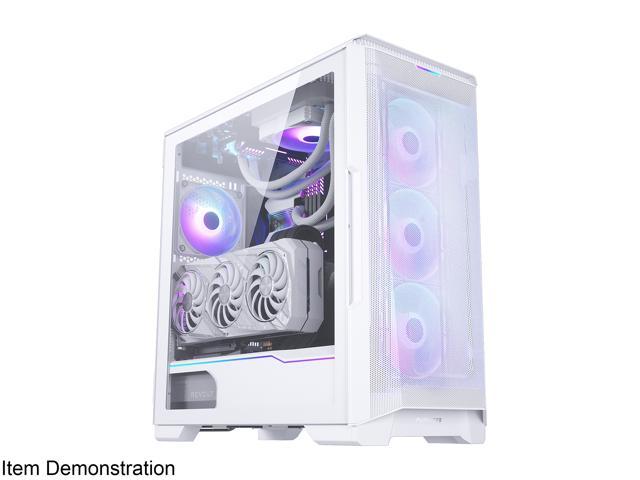 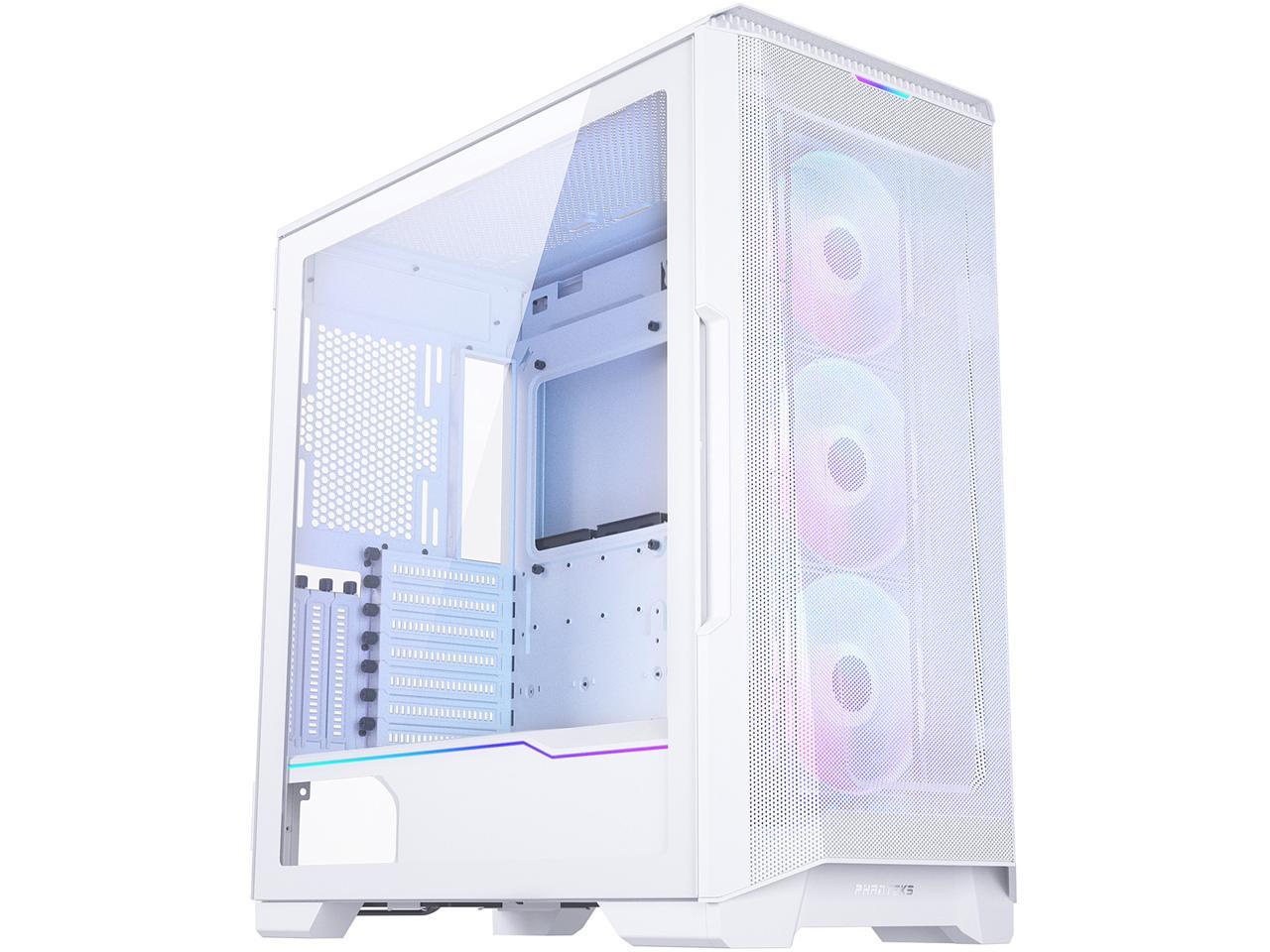 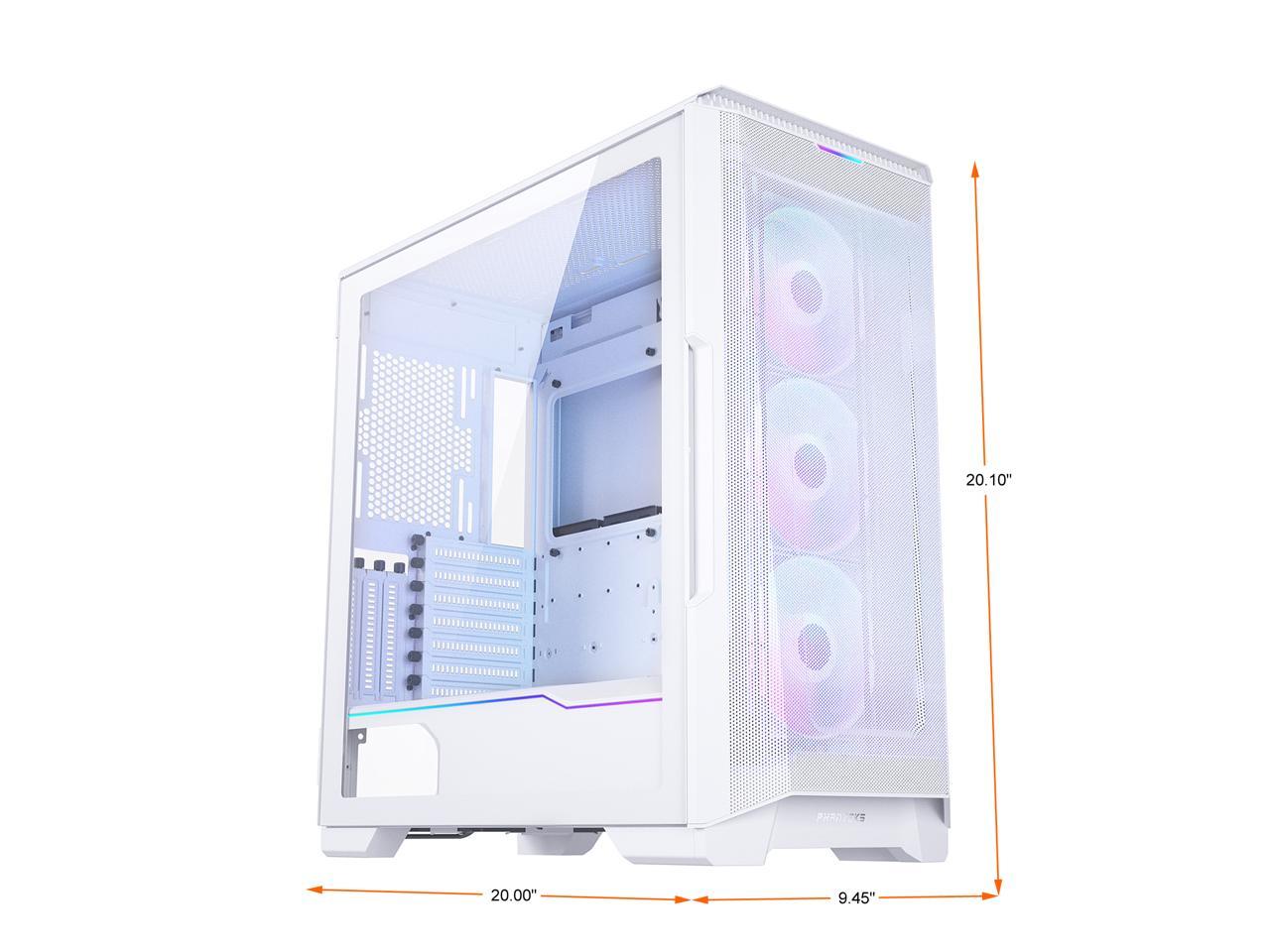 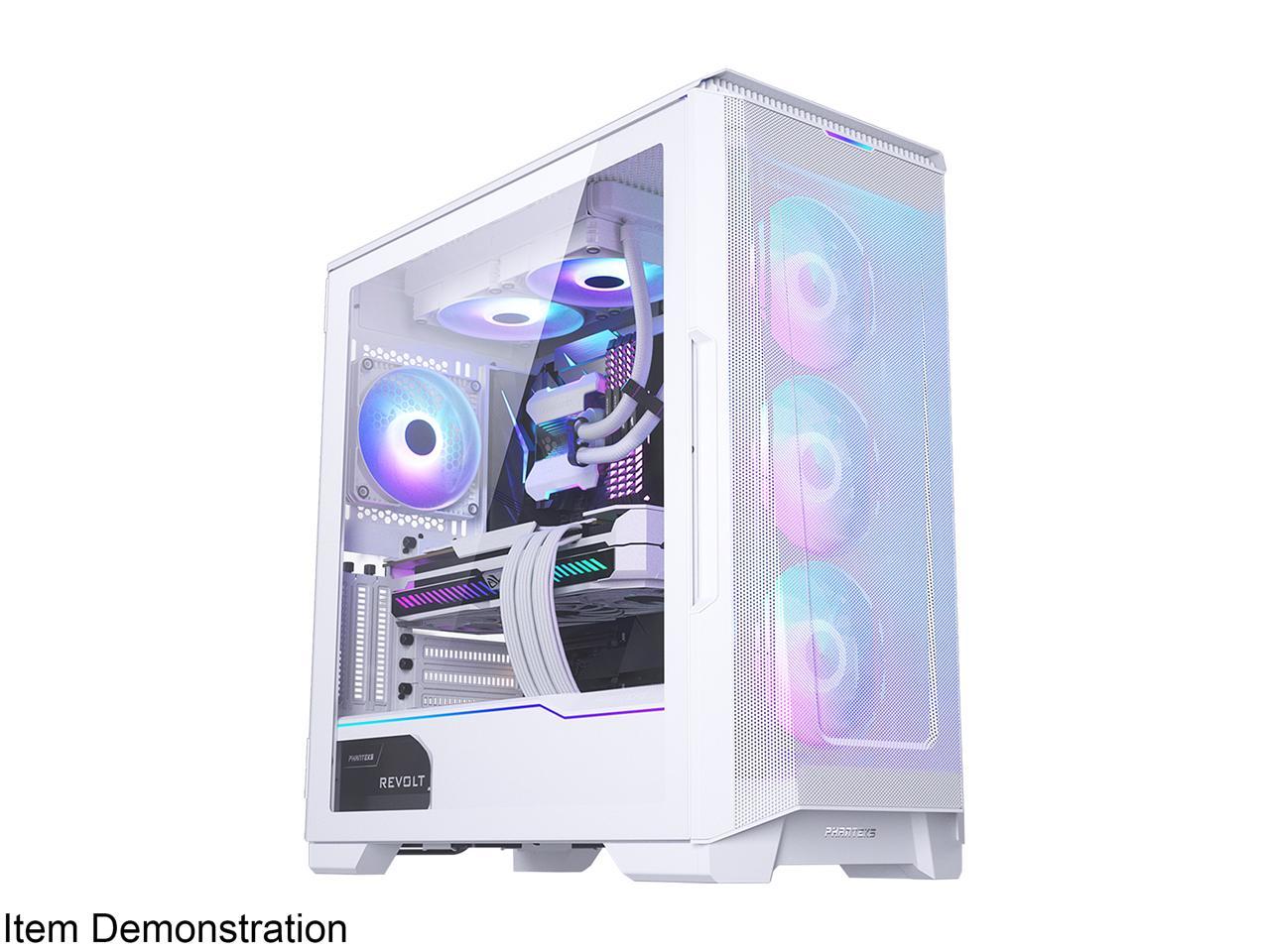 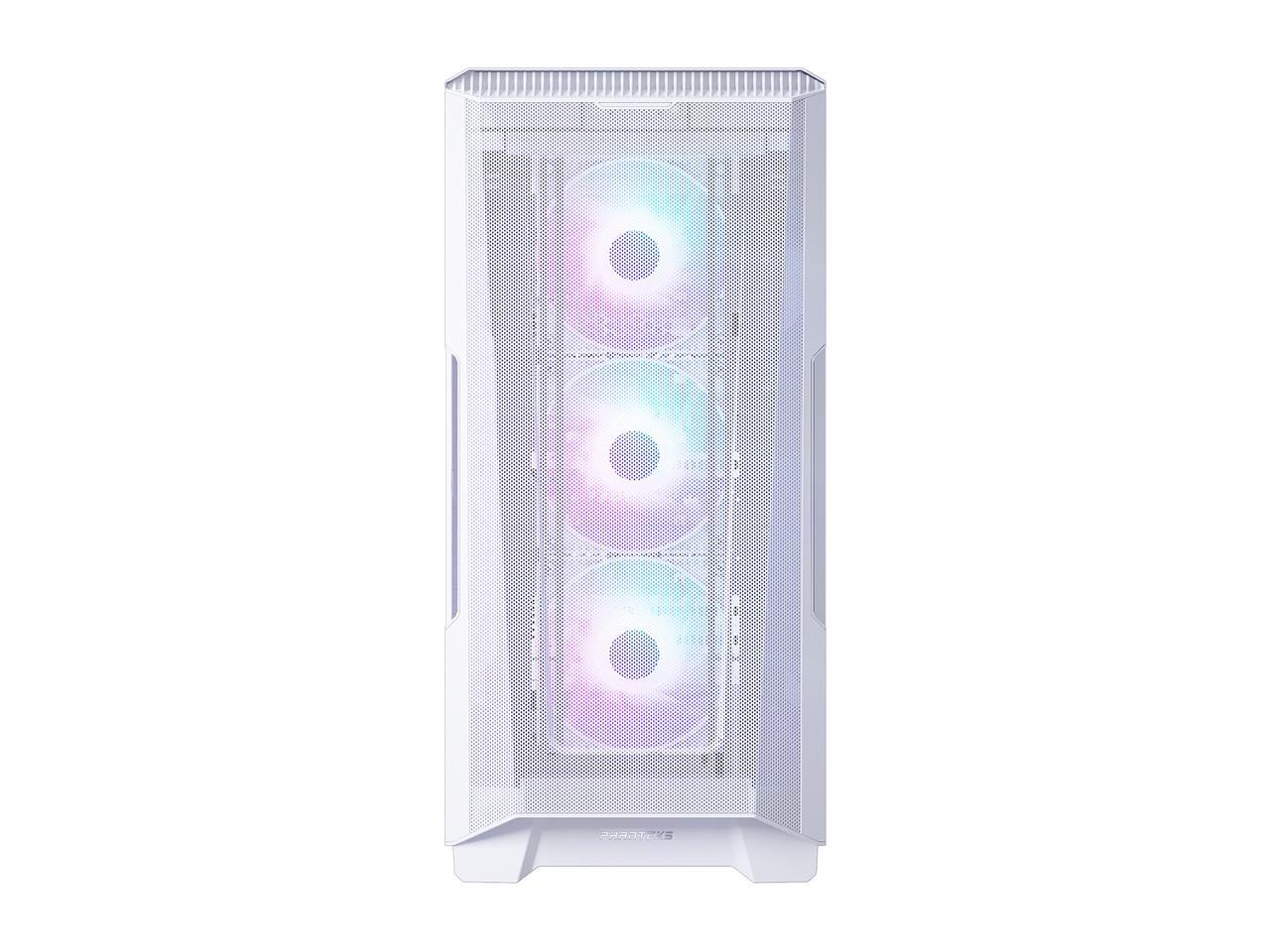 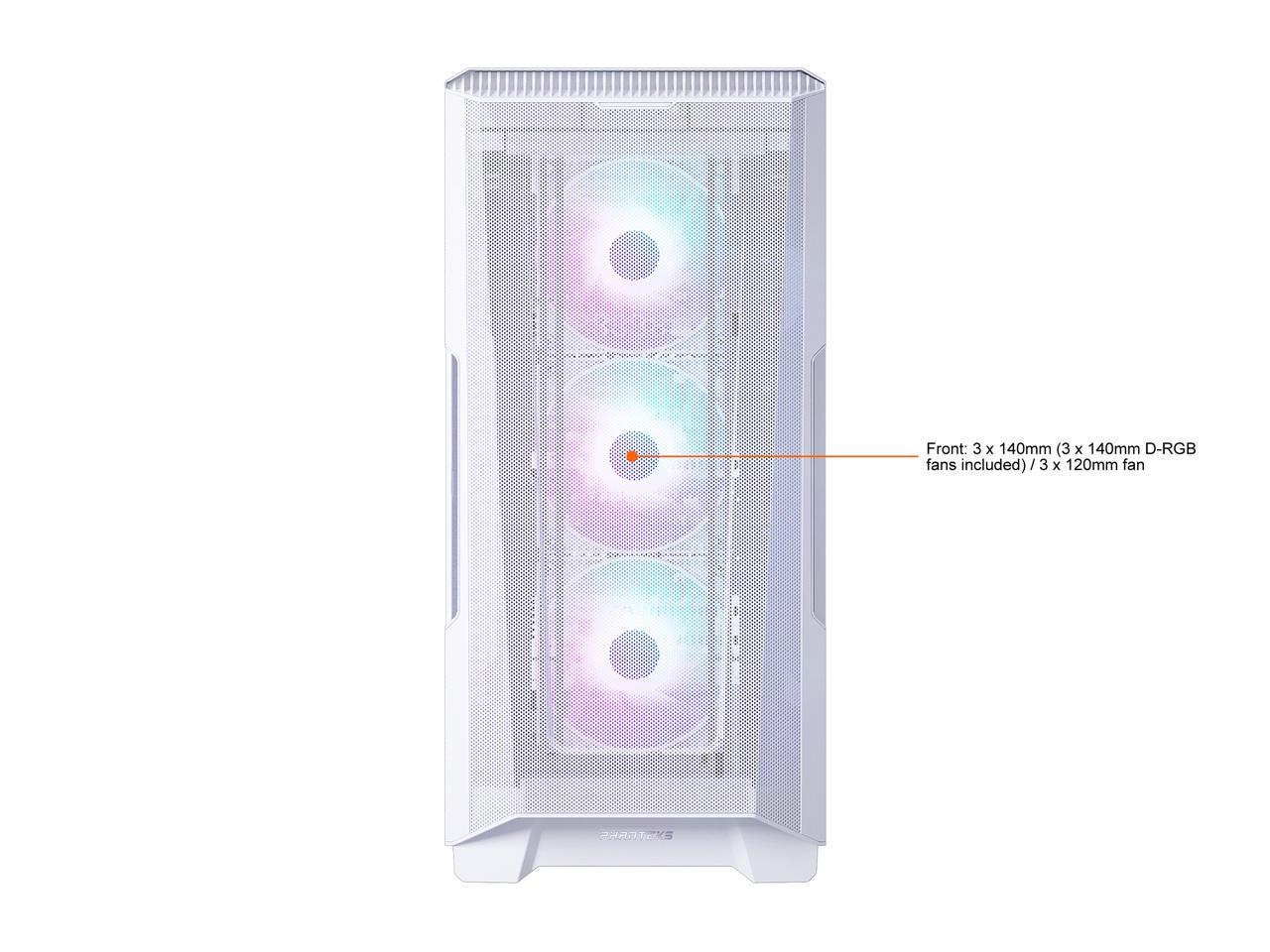 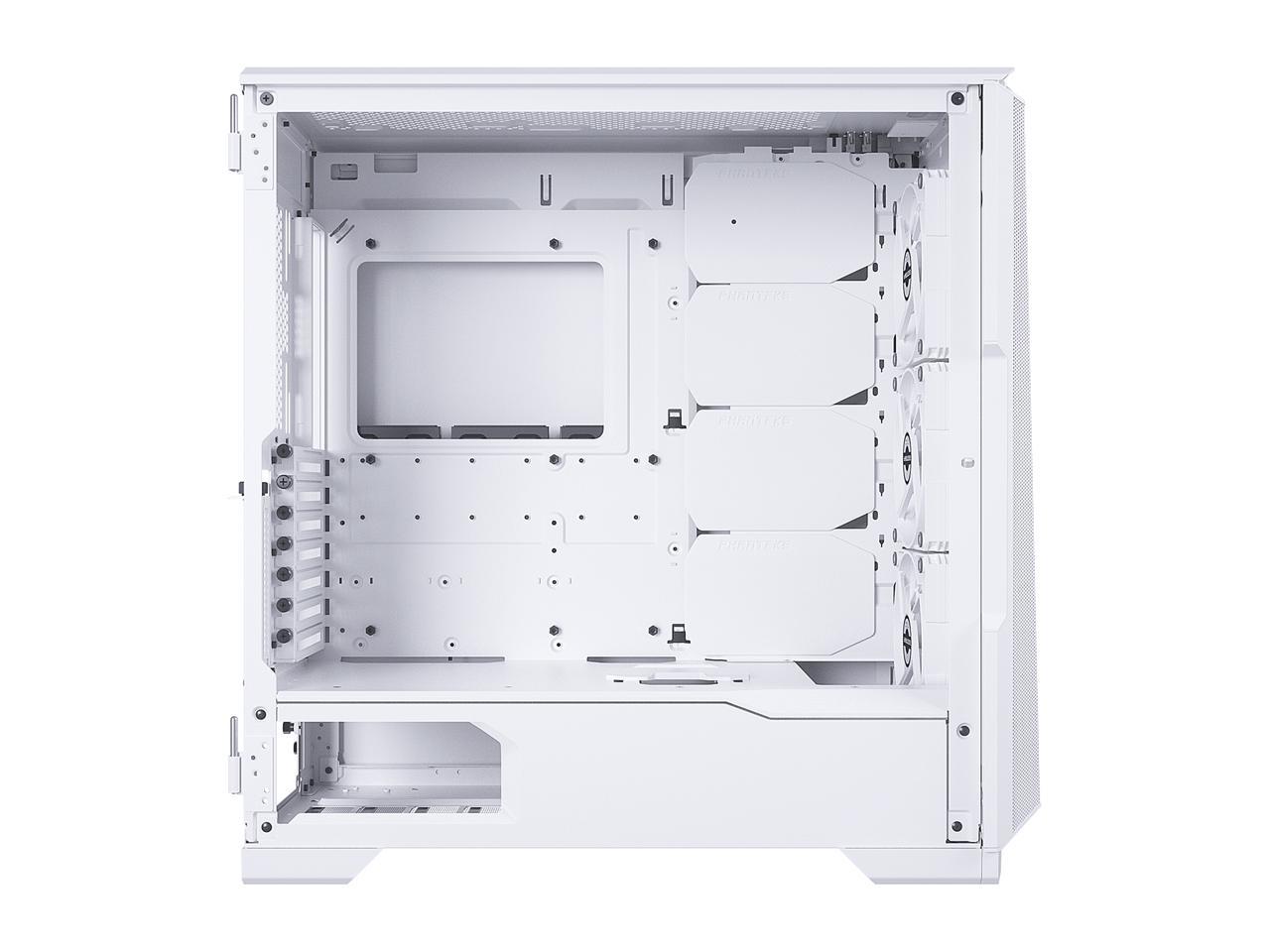 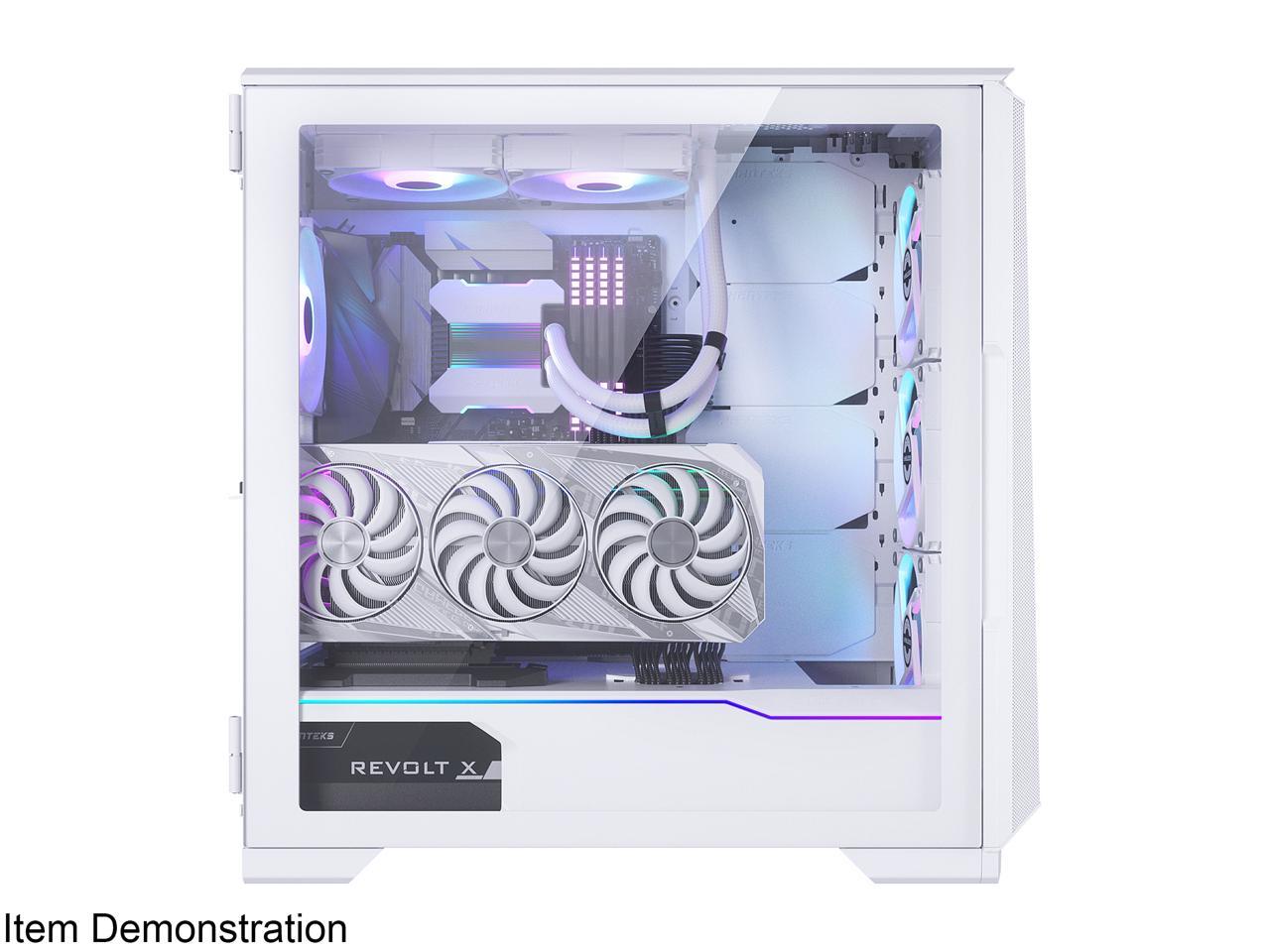 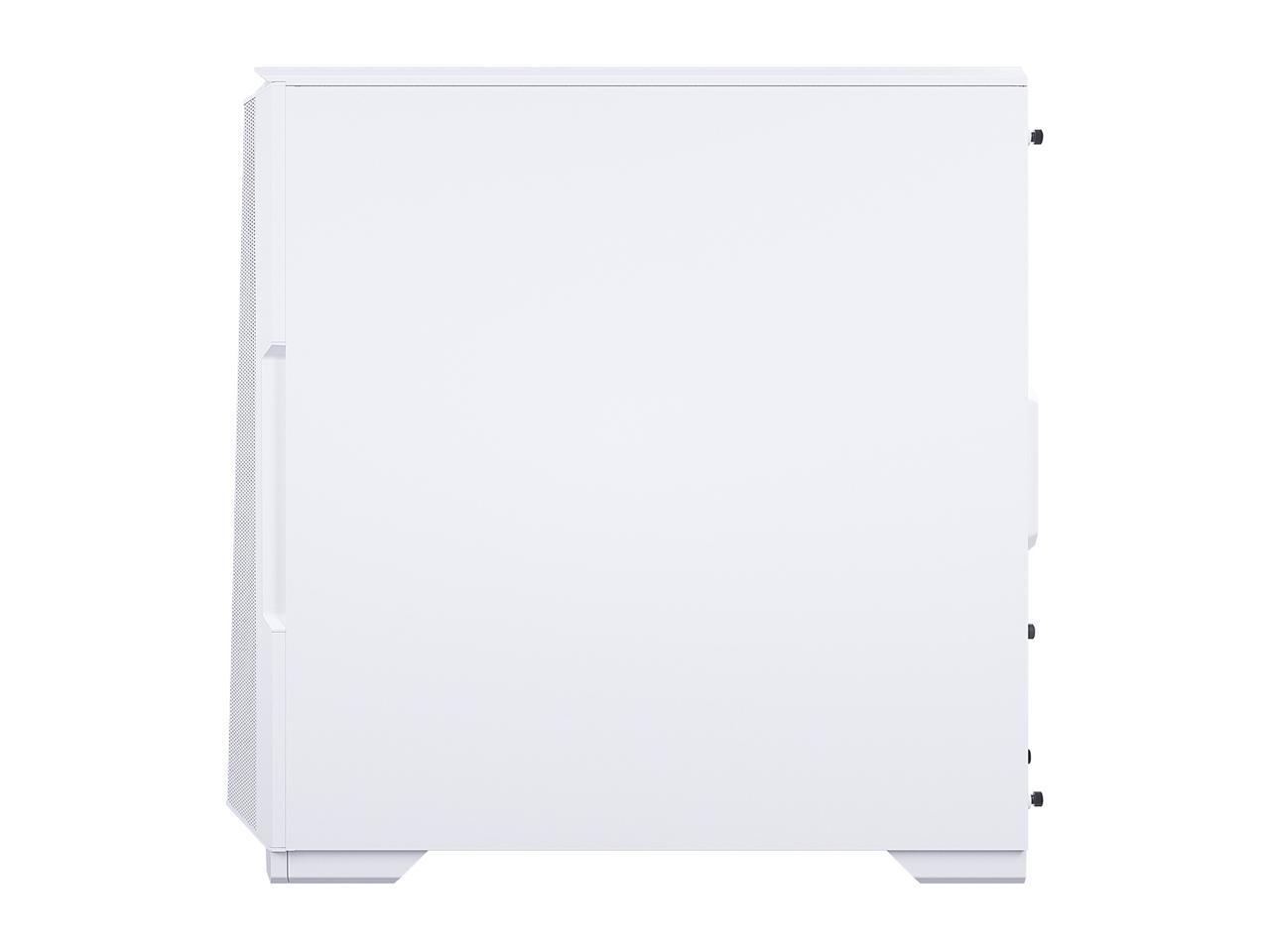 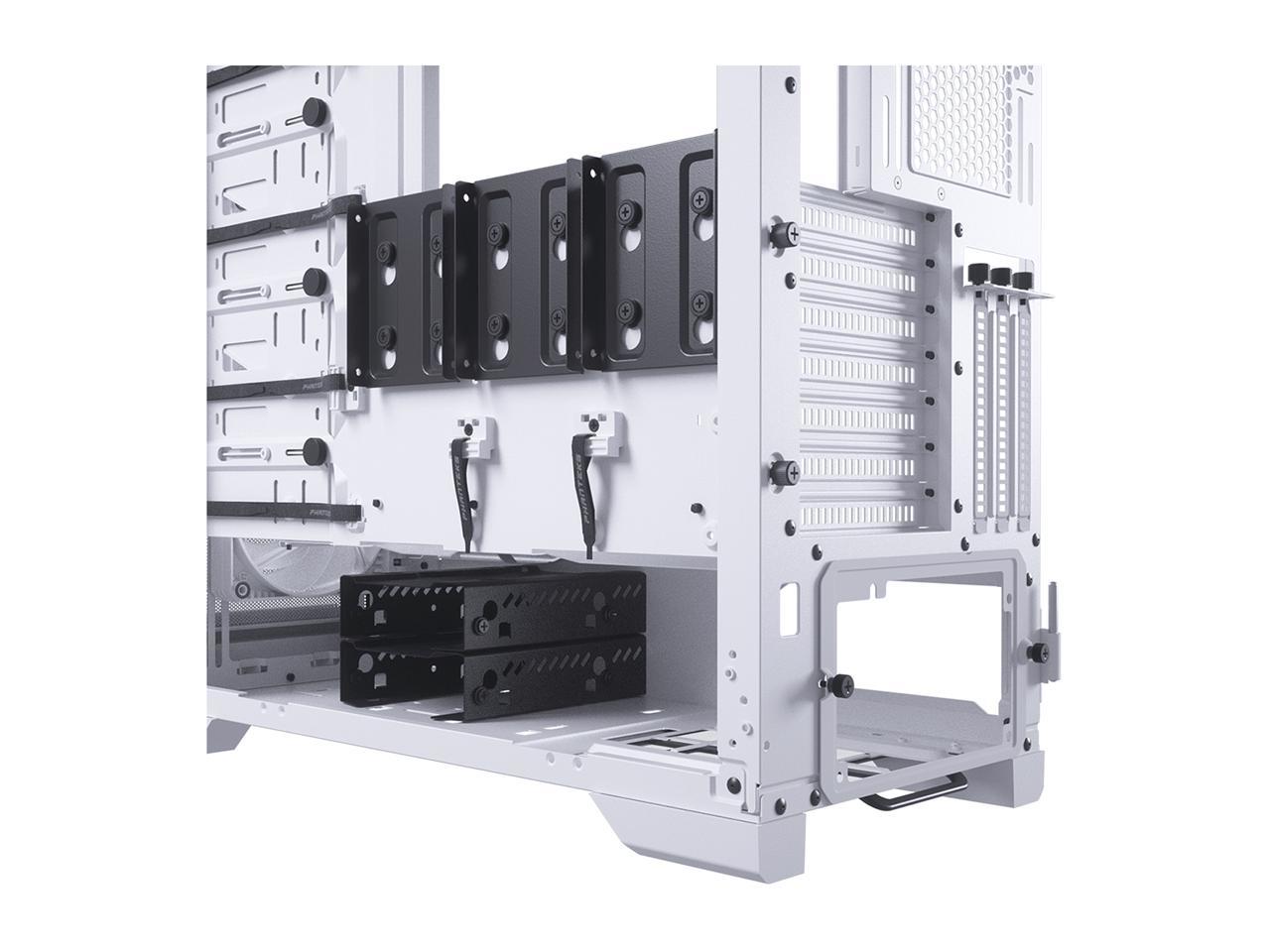 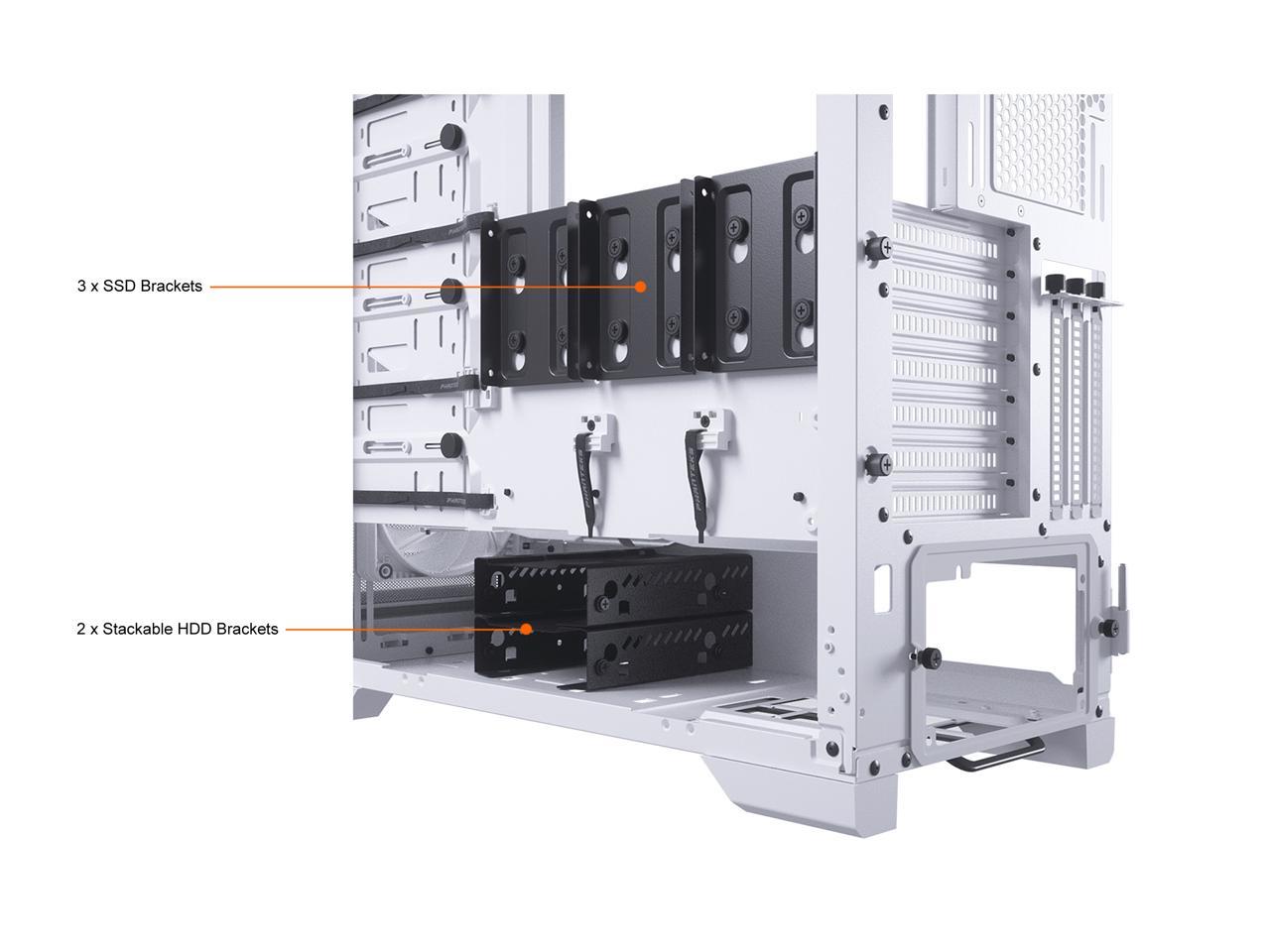 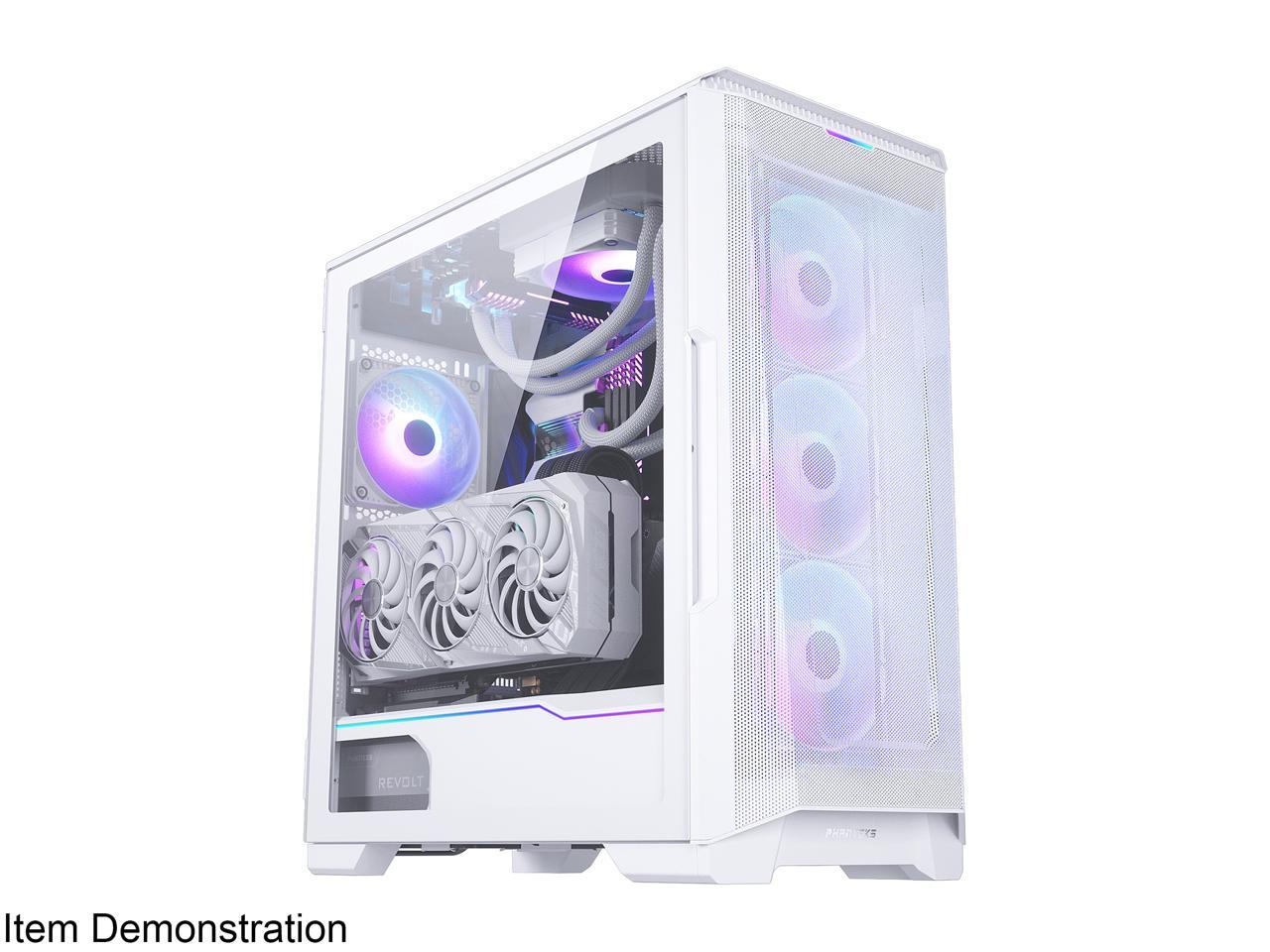 Overall Review: Would buy again if I needed another case. I bought a 3 pack of phanteks RGB fans. You can daisy chain them together for easy cable management. Works with aura sync

Pros: Excellent cooling. My graphics card, 2080 super, is much cooler in this case compared to my old one. So much room in this case to build, very impressed. Cable management is super easy

Cons: None. You get a lot for your money here

Overall Review: I was not happy with my airflow in a previous case and saw a gamersnexus review on this case. I was instantly sold after seeing thermal performance. It's as good as the reviewers suggested.

Pros: Thanks to the large mesh front, it has great airflow. My idle/load temps dropped by about 5-10 degrees over my previous case (NZXT H510). It is also quite large, allowing for more room to build, including a dual-system setup or running large radiators/multiple fans. The front can support up to three 120 or three 140 fans, the top can hold up to two 140's and even the rear can hold one of either. The backside includes some nice velcro straps for cable management and rather generous room under the PSU shroud to stuff the extras. It comes with a pretty straight forward manual for case lighting setup and indicating which screws are which, complete with a plastic organizer tray to keep them in. They also include two HDD trays (at 2 HDD each), a vertical GPU bracket and anti-sag bracket.

Cons: The downsides for me would be: I'm not a huge fan of the black sliding covers (x4) that are used to cover some of the cables. They're not horrible, but I would have preferred something like cable grommets or other form of cable routing. Depending on your cable setup, you will never have all of them perfectly aligned, unless you keep some of the unused ones opened, exposing the backside of the side panel. My motherboard only includes 4 pin RGB headers, not 3 pin as the included RGB fans are made. If you do not have a 3 pin header, you would either need an adapter or to use different fans entirely. There is a larger cut out on the top of the PSU shroud that allows for the radiator or full 140 fan setup. However, I currently use 120mm fans up front, leaving a fair amount of space exposing the cables I have tucked underneath. I wish that Phanteks could have included some kind of removalable cover for this section for those who do not take up the full space in their build. Most of these are somewhat nitpicking and not a make or break for this case, at least for me.

Overall Review: I can not comment on the effectiveness of the includes RGB fans, as I actually swapped these out for my Corsair LL fans (prefer the look and easier for lighting control). Overall though, the case is great with plenty of space and features that make it easy to build it and look great afterwards. The airflow and fan/rad support is probably the biggest draw, so if you are looking for something t accommodate that, I think that this is one of the best choices you can make right now.

Cons: Pcie brackets are separated by metal unlike the P400A, which means you can use their own vertical gpu bracket unless you mod a bit. Obviously you can vertical natively in this case, but it will be very close to the glass panel.

Overall Review: Highly recommend, by far the best case I've ever built in. Instagram is watermarked in the picture if you'd like to see more!

Cons: - Front fans have to be mounted through the back side of the mounting holes since they wont fit on the front, making the aesthetic very different from what is shown in the marketing images.

Pros: I built a new computer about 6 months ago and bought a Lian 011 dynamic. Although that case looked stunning I was never happy with the temps. I tried different fans and different combinations of mounting the radiator and intake exhaust fans. The computer never overheated so to say but cpu temps running a 10700k @ 5.1 while gaming were always in mid to upper 70c range. The gpu temps were mid to high 70c and sometimes went up to mid 80c range For me that was just to high. I saw this non Rgb version and thought what the heck if it does not work out I will build another machine for the wife and give it to her. Same build and configuration and now my temps after hours of gaming are: Highest court I have seen is 61c Highest gpu I have seen is 70c This case just amazing airflow and now I can run the fans at a much lower speed to reduce the noise. The case even comes with a vertical gpu mount. I would of never thought of doing a vertical gpu mount in the 011 dynamic as the temps were already at the high level. I ordered in a riser cable just to try it out. I did some reading and bought the better 7 ribbon version PH-CBRS_PR22. My temps went up 1 degree. Now I can see the 2080ti Aorus Extremes fans and it looks amazing. This case was easy to set up and get running fast. Easy cable management. Very clean and professional look. Specs MSI Z490 Ace motherboard Intel 10700k running at 5.1 constant Gskill G.SKILL TridentZ RGB 32GB F4-4000C15Q-32GTZR Gigabyte Aorus RTX 2080ti Xtreme 1770 MHz MSI MAG CORELIQUID 360R Liquid CPU Cooler Phanteks Revolt X Platinum 80plus 1000w Samsung 1TB 970 EVO Plus M.2 Front intake fans and one rear exhaust fan: Noctua NF-P14s redux-1500 PWM 140mm Changed out the fans on the MSI cooler to the Noctua NF-P12 redux-1700 PWM 120mm The fans are not rbg and I was fine with that. These fans are quiet and pump a lot of air. In Warzone as an example, settings midto high range running 1440 I am averaging about 180-185 FPS and is buttery smooth and fast.

Cons: None. Very happy and finally a product that looks good and performs excellent. If I had to say one bad thing it is that the riser cable was not included. But that is the same with all cases out there. Plus if they would have included it, it probably would of been the cheaper 6 ribbon and not the better 7 ribbon one, so I am ok with that.

Overall Review: Just buy it. Read all the reviews. They are true and every place has given this case one of the best airflow cases out there.

Overall Review: I was tired of having almost no airflow with my old NZXT H500, but I also wanted to add some RGB. All the reviews I saw told me this was the case I wanted. I waited a month for this case to become available here in Canuckistan and ordered mine without hesitation the moment I saw it available on Newegg. I feel I can say I made the right choice, even if it was kinda expensive. Yes it's not perfect, but I'm rating it 5/5 anyway cause I like it that much. All of my case fans at the time of review are Noctua NF-A14 Chromax, each fitted with a Phanteks Halos Digital (non-Lux).

Pros: This is an amazing case to work with. I made it my 1st choice to build in for my 1st PC. Comes with USB 3.0 on the top and will come in handy. Also Very roomy interior. Fits a 360mm radiator up top and based on measurements only, it easily holds a RTX 3090 with room to spare (when i can find one in stock). All screws nicely included in the plastic case is a super nice touch. RGB looks nice with the included fans and stripe light. I am very happy i went with this case. Plenty of room for wiring and the hook and loop locations are perfect for holding all the wires nicely grouped together.

Cons: I only have 1 con for this case. It needs more USB ports on the top panel. It comes with just 2 USB 2.0 and 1 USB 3.0. Not a major issue but would be an improvement.

Overall Review: If you can get this case, go for it.