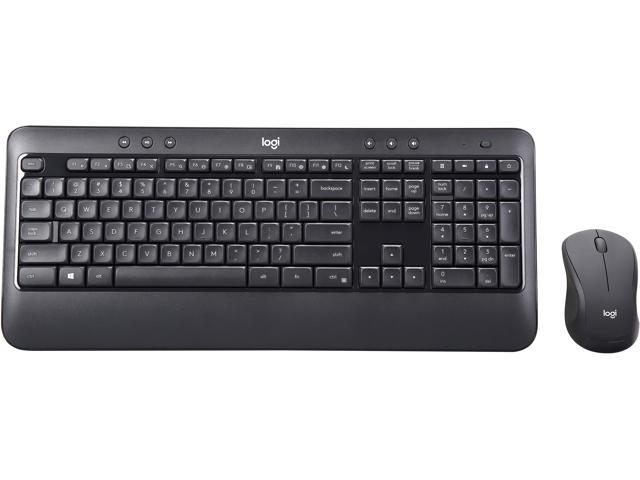 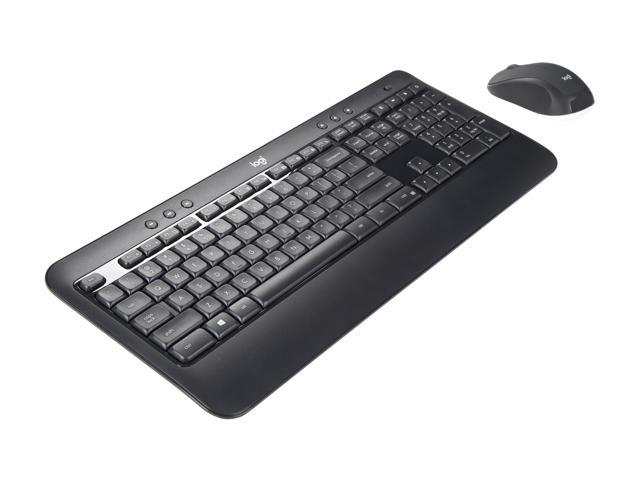 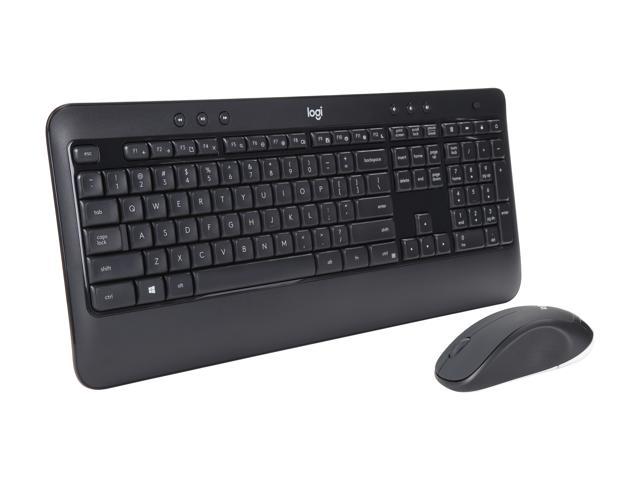 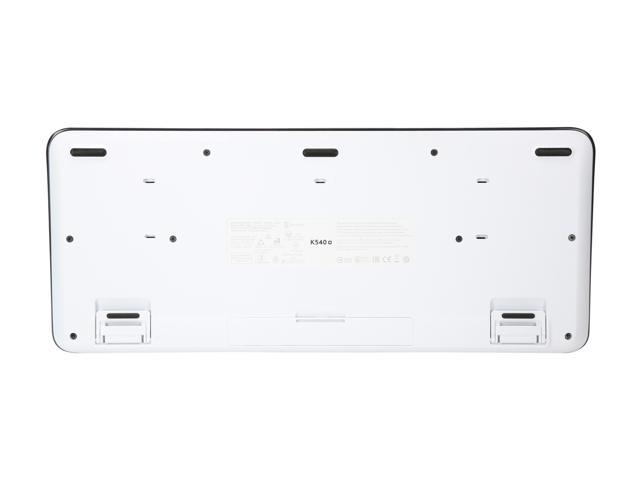 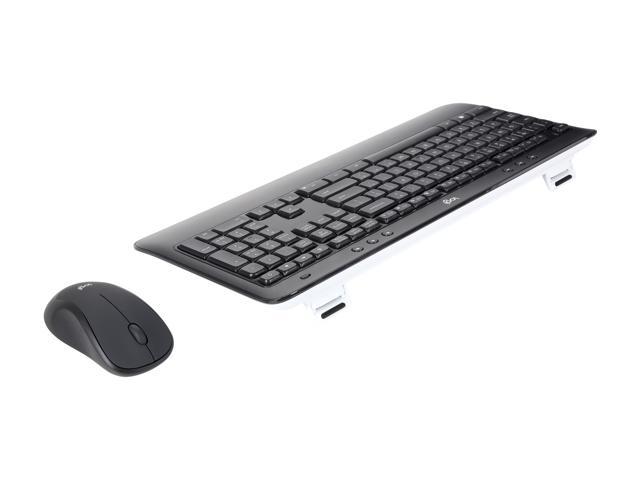 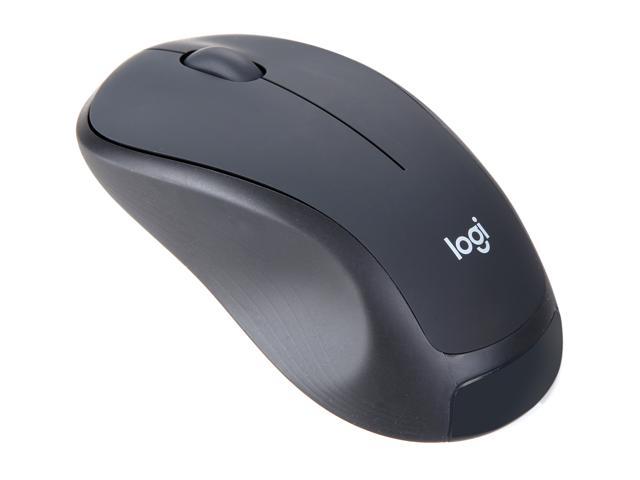 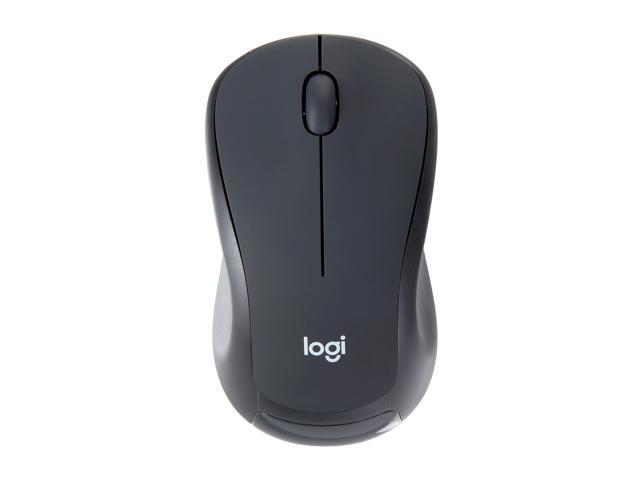 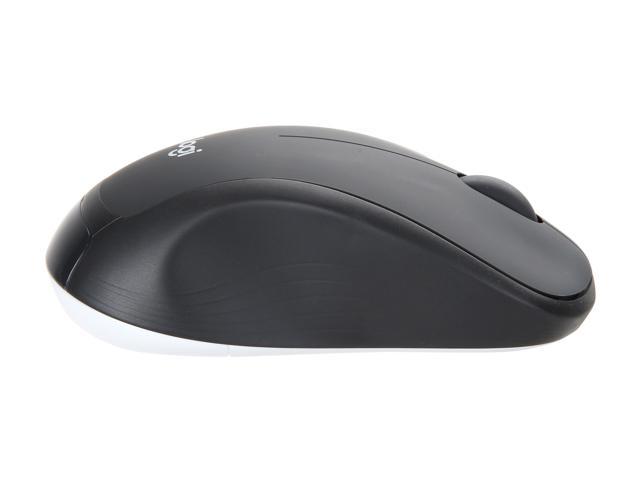 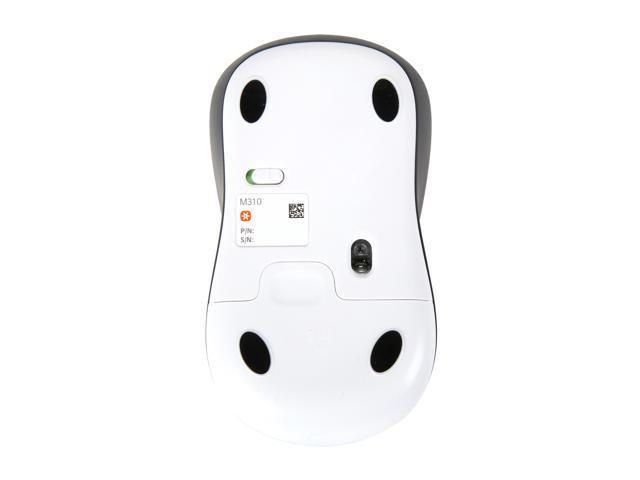 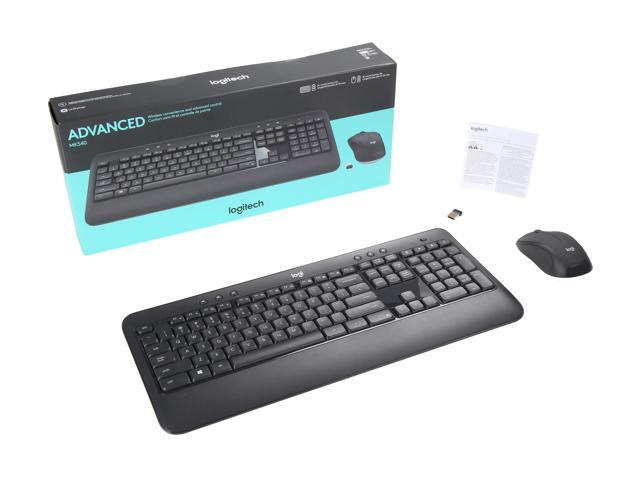 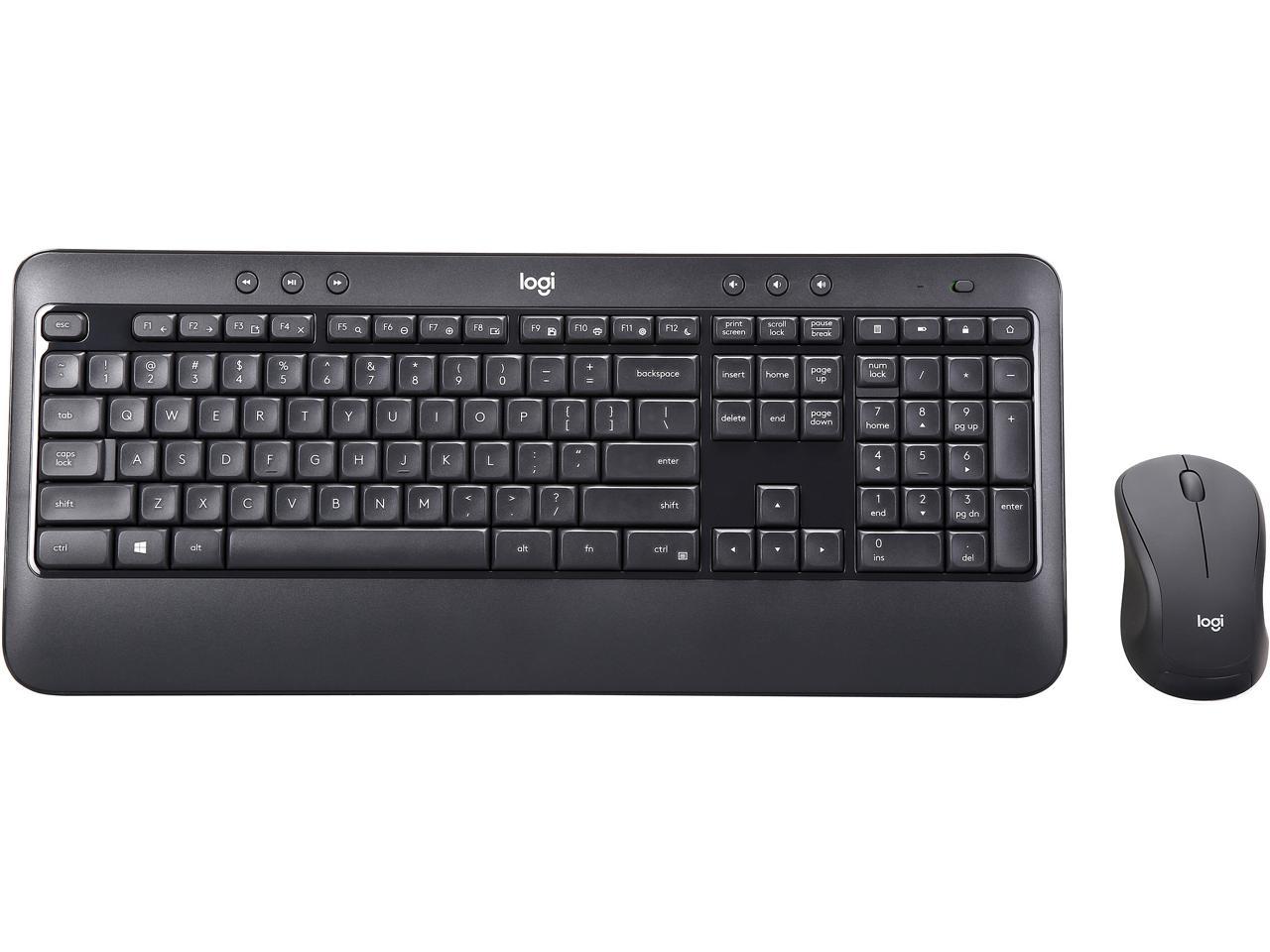 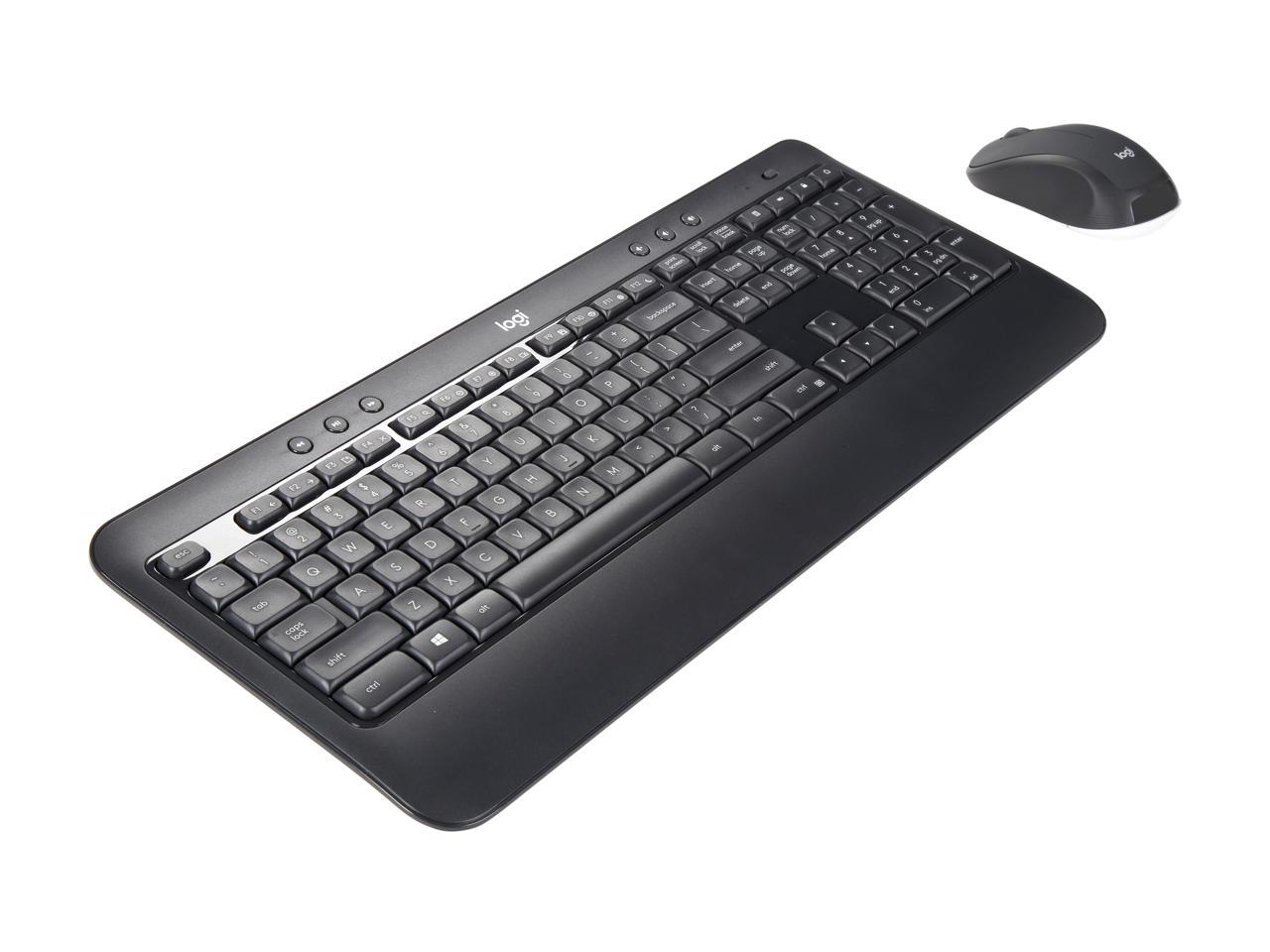 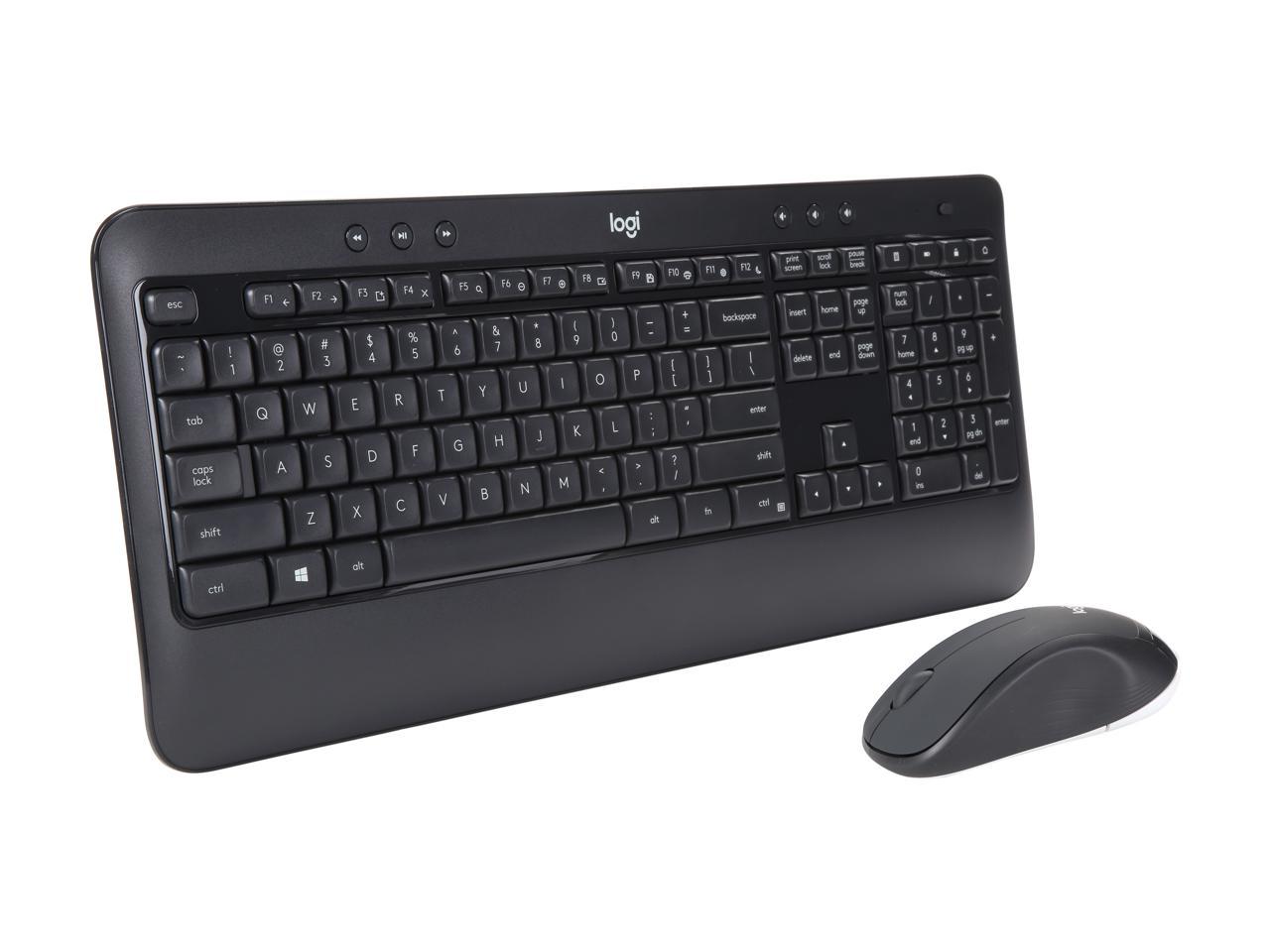 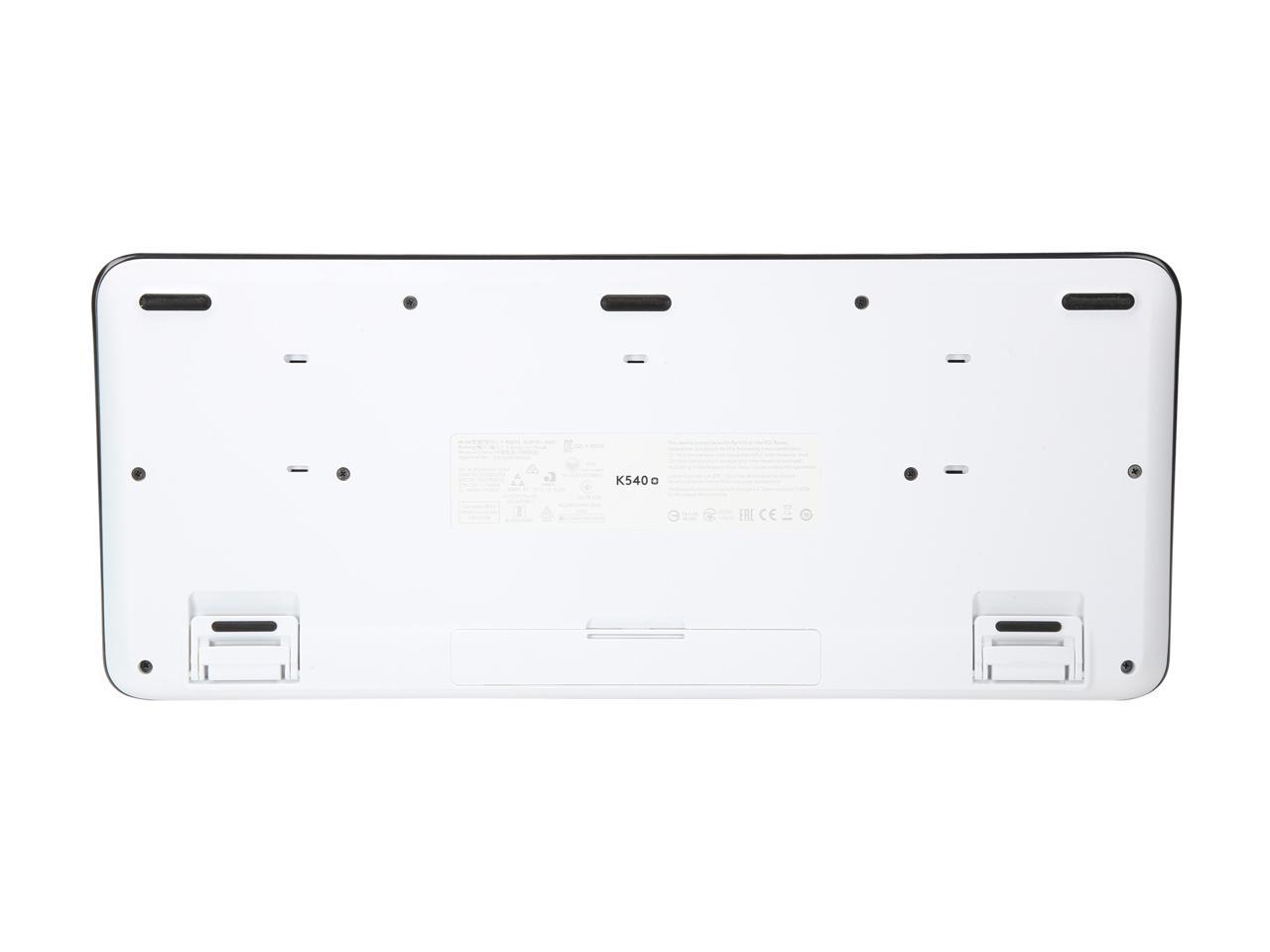 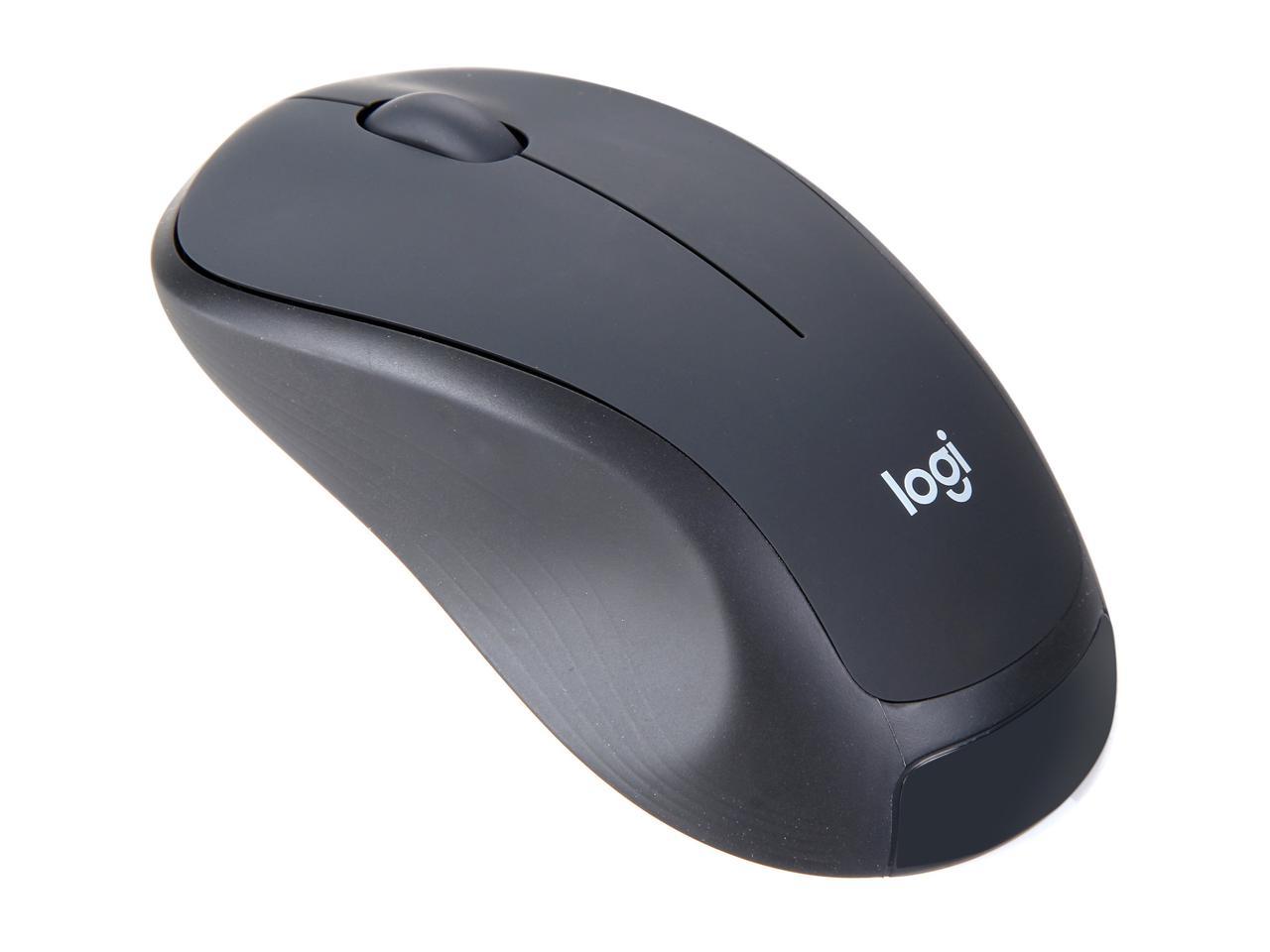 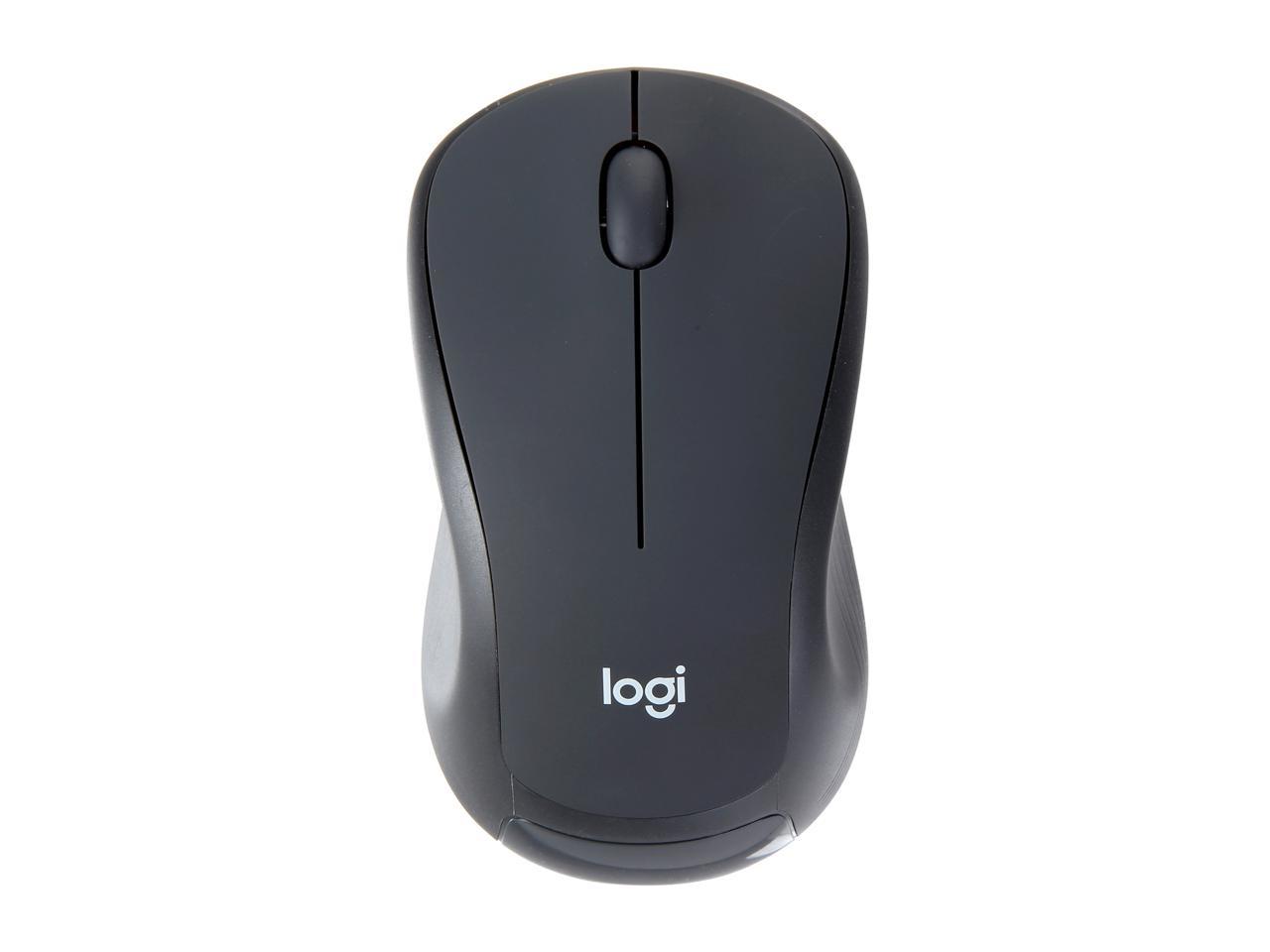 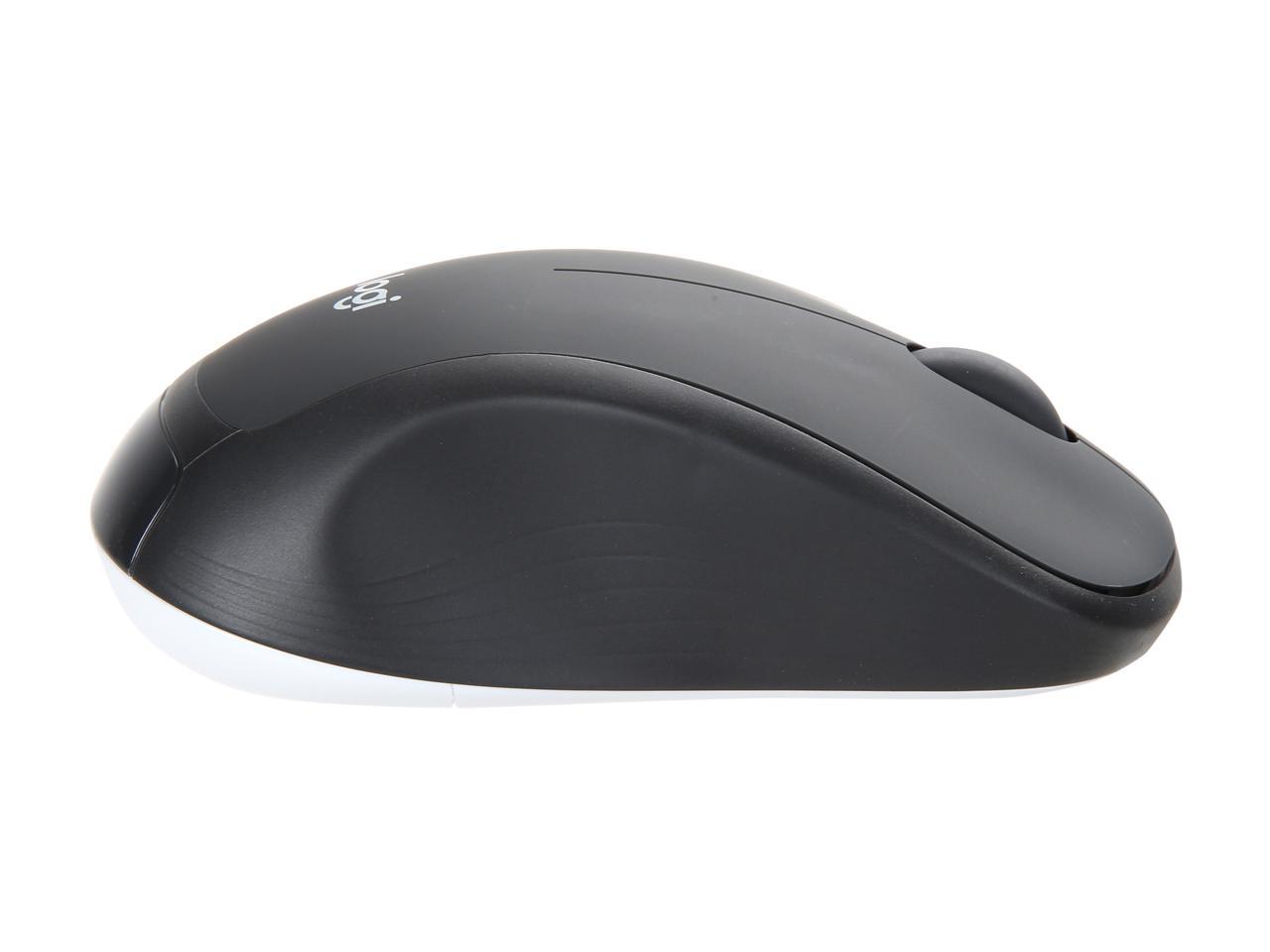 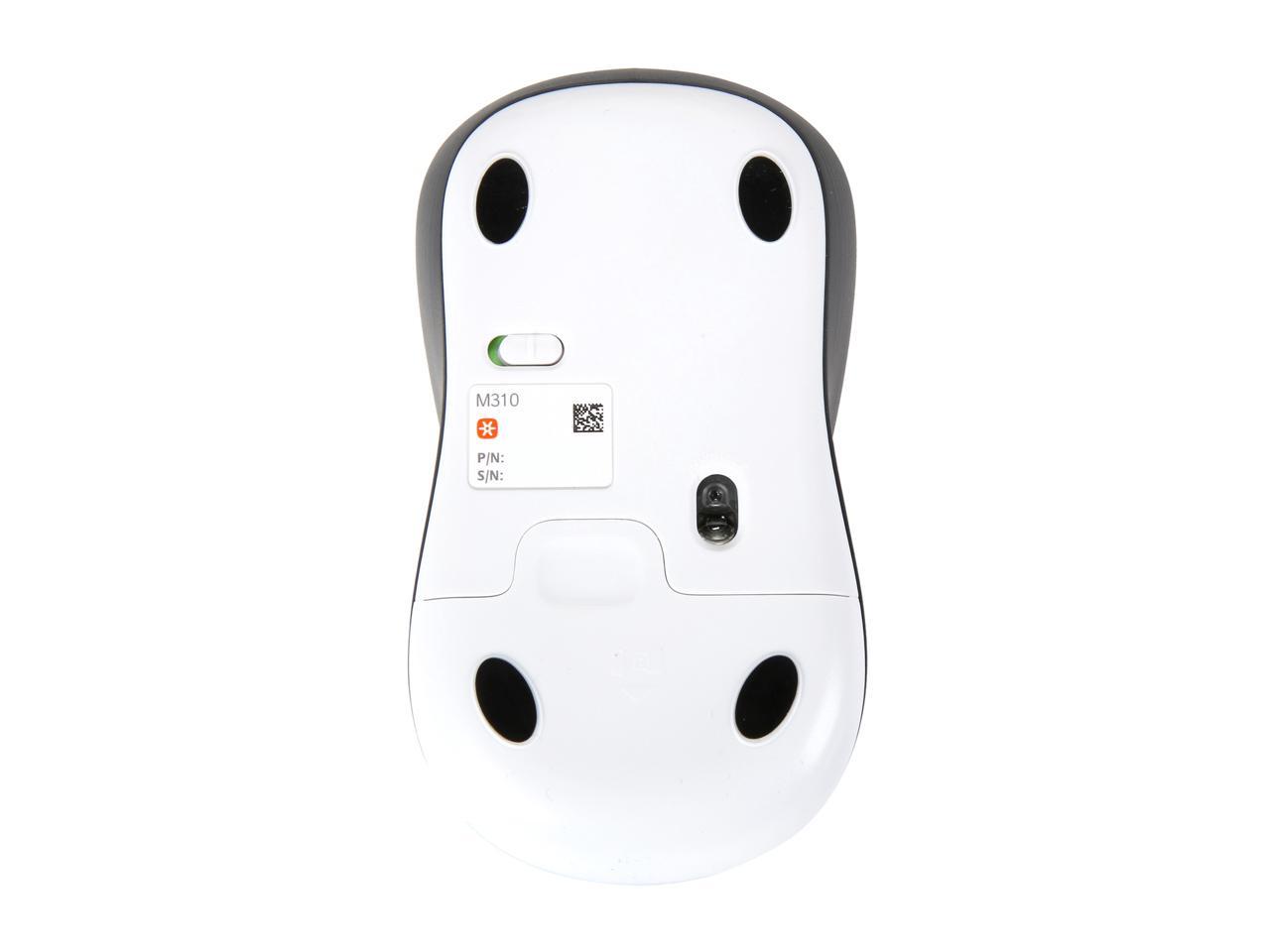 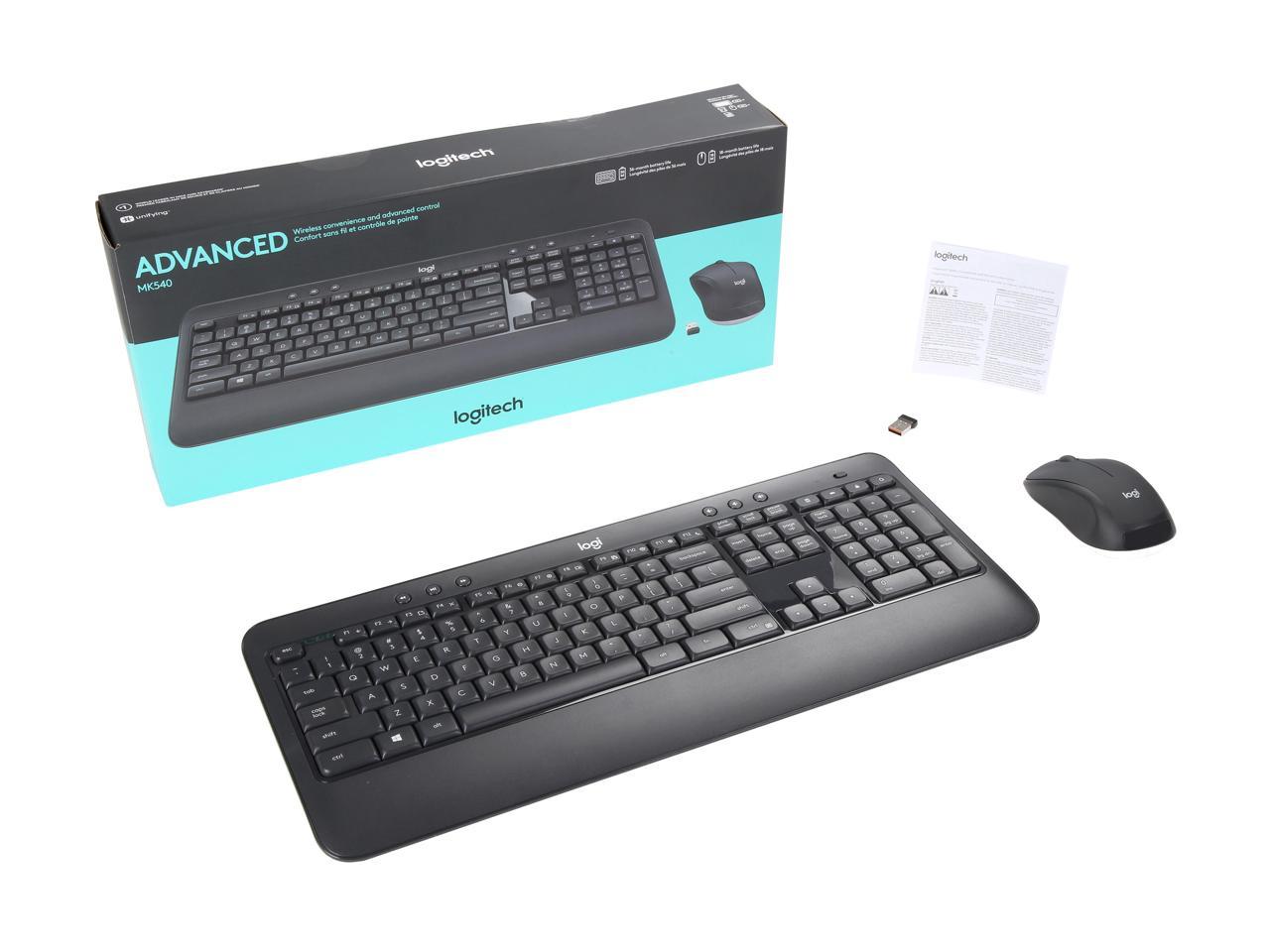 Learn more about the MK540 ADVANCED

Pros: Price; you get what you pay for. It's Logitech. Sleek and eye catching. Responsive and silent keys. Keyboard is light yet still feels very sturdy. Great battery life; advertised 3 years on keyboard and I believe it! My wireless wave keyboard I bought over a year ago is still going strong on original 2 AA's. Micro unifying receiver. On/Off switch on both mouse and keyboard. Battery indicator light on keyboard. Pause/Play, Forward/Back media buttons. Mute, Volume Up/Down buttons. Calculator Button. Programmable Function Keys.

Overall Review: Didn't pay attention before purchasing, but mouse doesn't have forward/back buttons. No ones fault but my own. Num/Caps/Scroll Lock do not have indicator lights.

1 out of 1 people found this review helpful. Did you?
Roberto C.
Ownership: more than 1 year

Pros: Brand new batteries included with both. Simple, yet elegant design. Shortcut keys are place in the right places. FN key for extra keys you can set manually.

Overall Review: My buddy has this combo key/mou, one day I asked him if I could use it give it a try, I used it for a week and like the design and features so much I decided to replace my current keyboard (Microsoft Elite Wireless) because of it's mouse size wireless adapter, I like better this new tiny adapter and for both? Great choice. The only thing I didn't like what the original mouse, it's a 320 model (or 310?) but I already have a Logitech 510 mosue, so when I plug in the 2.4Ghz wireless adapter, it wouldn't recognize the 510, so I opened the software and pair the 510 with the new adapter and everything worked smooth after that. I got this keyboard/mouse combo as a gift from my friend, so I didn't buy from newegg. I get the Sunday's paper and I recall seeing this for sale from the local chain office products store for $29.99, 50% off. I highly recommend getting this set, is fantastic, the keys that you can set a custom shortcut to are great.

Pros: Decent appearance, build quality is on par with other Logitech products. Nice keys and mouse is a decent size unlike some of the other combos.

Cons: This combo works on the 2.4ghz band and it has constant interference with other electronics such as phones and wi-fi signals. I have purchased 6+ of this combo for the office only to find out they all have interference issues and constantly lag and stutter. I am 2 feet from the usb reciever and the keyboard lags horribly or sometimes will not pick up keystrokes at all. The mouse is the same, causing it to jump all over the screen, which is terrible for using applications like Photoshop and Illustrator.

Overall Review: I am a big fan of Logitech products and have used them for years, but in this case I would move on to the next product. A quick google search will tell you that numerous people have the same issue with this combo and Logitech has never addressed it.

Pros: The keys have a nice feel to them, but it takes a little getting used to. There's a bit more depth than most laptop keyboards, but the keys feel flatter than traditional desktop ones. The built-in palmrest feels nice while typing. The mouse, while basic, is comfortable enough. I like the on/off switches on both (for the sake of saving batteries), as well as the calculator and browser back/forward buttons on the keyboard.

Cons: The mouse lacks any kind of back/forward buttons - I find those to be particularly handy. I've been using the ones on the keyboard (as well as Alt+arrow keys) to compensate, but it irritates me a bit. The mouse also occasionally has the same issue I had with my last mouse (Logitech LX7), in that it scrolls when I push the wheel halfway between notches sometimes. I'm hoping it doesn't go down the same path... so far it's been working well though. Also, with my PC in a cabinet (to the right of the mouse and keyboard) with the receiver plugged into the back, half a meter away, the mouse worked fine but the keyboard occasionally lagged, and then spat out all the keystrokes at once. Using an extension cord fixed this though. (one is included) Also, personally I'd rather the menu key be kept (it's relegated to an Fn item), and scroll lock or pause/break be made an Fn thing. Hardly anyone uses most of the functions on the F-keys either... Finally, the keyboard has a little clear plastic ring around it that doesn't do anything. It's harmless, but is a bit sharp if you touch it from certain angles. (particularly toward the bottom of the keyboard, in front)

Overall Review: Overall, good enough, but basic. I'm happy enough with it, but wouldn't be willing to pay the full price ($60) for it. (this was actually a warranty replacement for another Logitech keyboard/mouse set where the mouse broke)

Pros: Range is exceptional and exceeds any previous wireless keyboards tested or tried. Instant set up (win 7 HP 64) Keyboard and mouse are responsive with no lag . Keystrokes feel perfect . On/Off button on the mouse .

Overall Review: Using for HTCP application and am surprised how well it works. Range was key for me as I have a 60" HDTV that sits across the room . No problem with lag on either keyboard or mouse . Great setup .

Pros: Worked out of the box. Batteries are supplied with the combo. No lag detected while gaming. Uni-hand mouse.

Cons: I wish these manufacturers would make ergo-mice for left handed users.

Cons: function key between alt and ctrl not so functional for me, i'd rather have another windows key or the application key which is tucked in with the print screen key, a bit of an awkward reach. palm rest is not detachable. feels ok but i'd like the option to remove it.

Overall Review: i must've bought four of these by now because of the layout and generous amount of special keys. i took a star away because my latest purchase had a manufacturing defect: one of the media keys is shorter than the others and harder to press. wouldn't surprise me that after some use this key could become unpressable. one final thought, why can't someone make a keyboard that fills the space between the arrow keys and navigation (home, end, pageup, etc) keys? could easily fit 5 more useful keys!