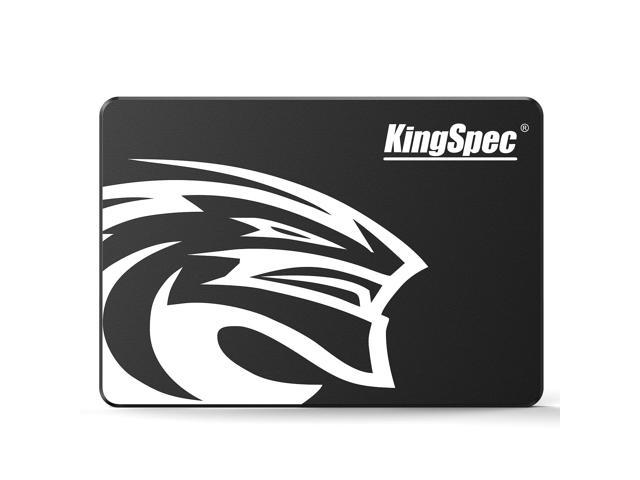 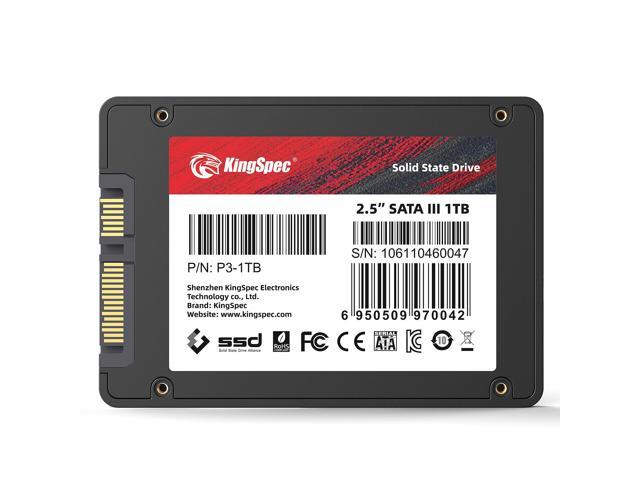 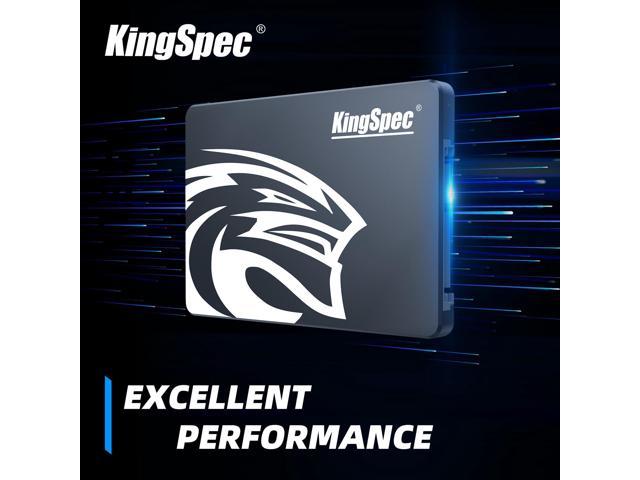 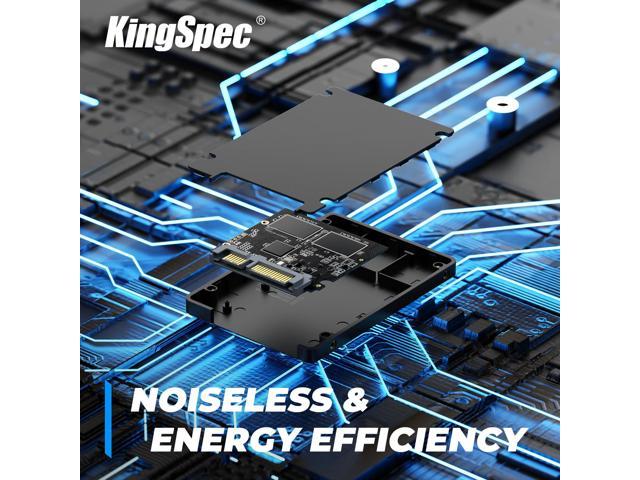 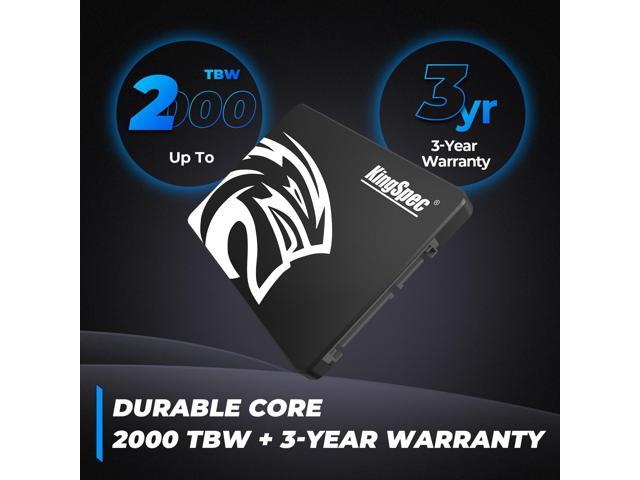 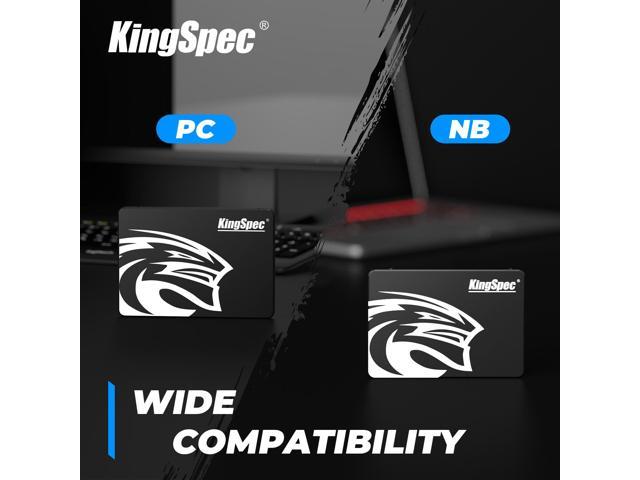 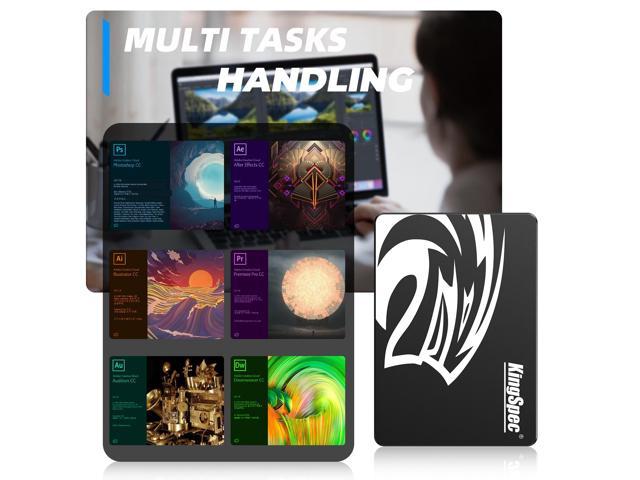 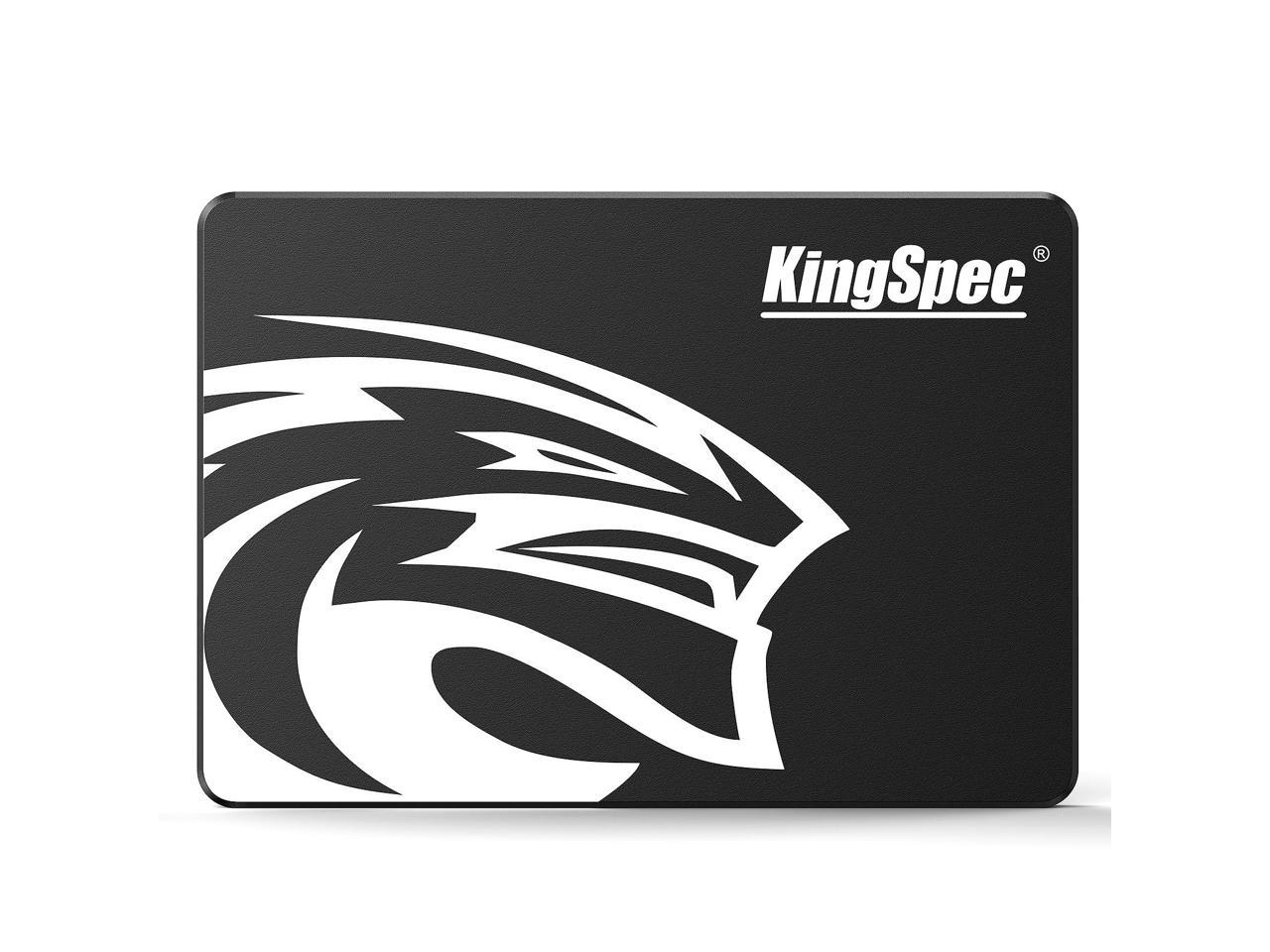 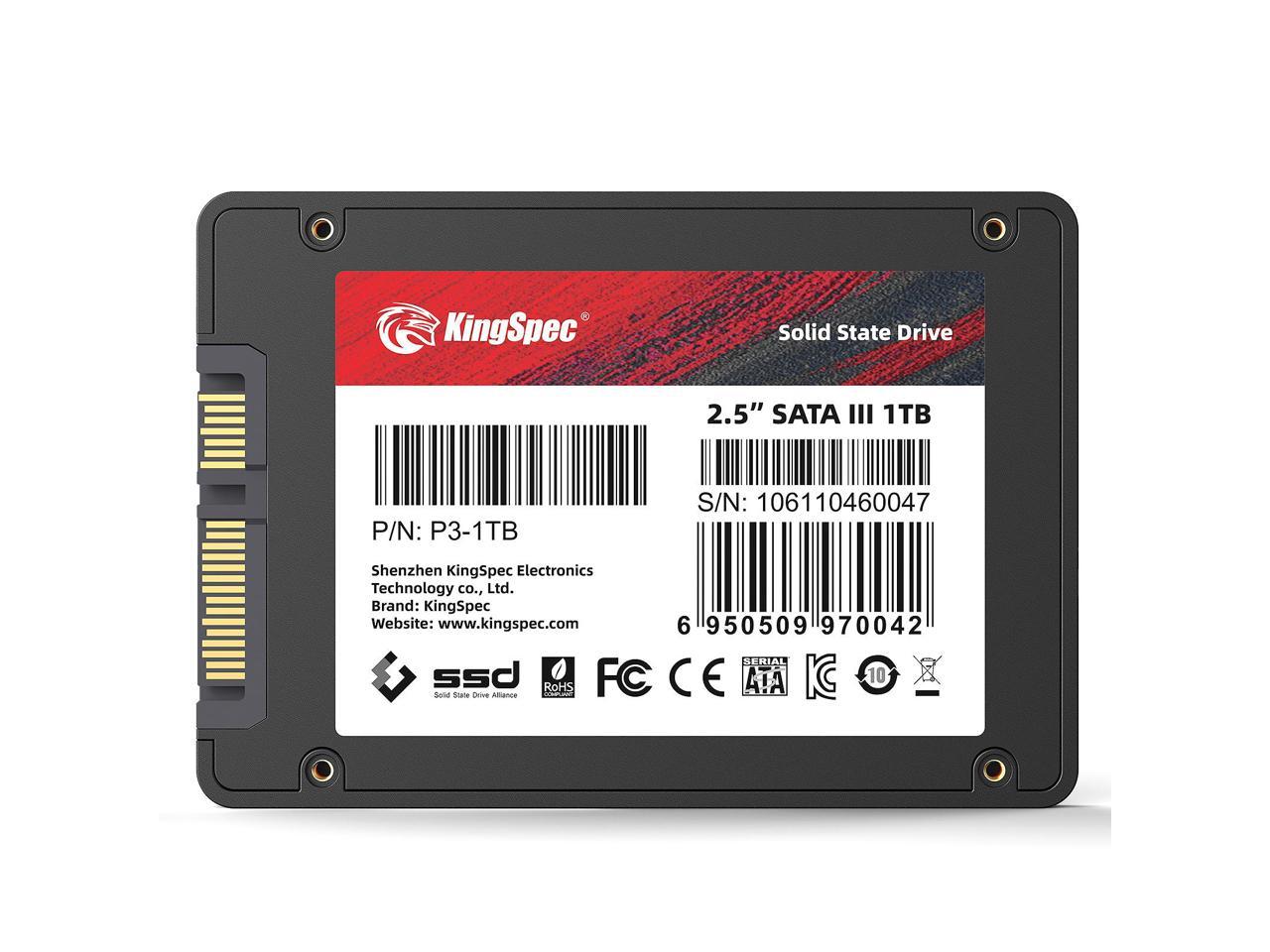 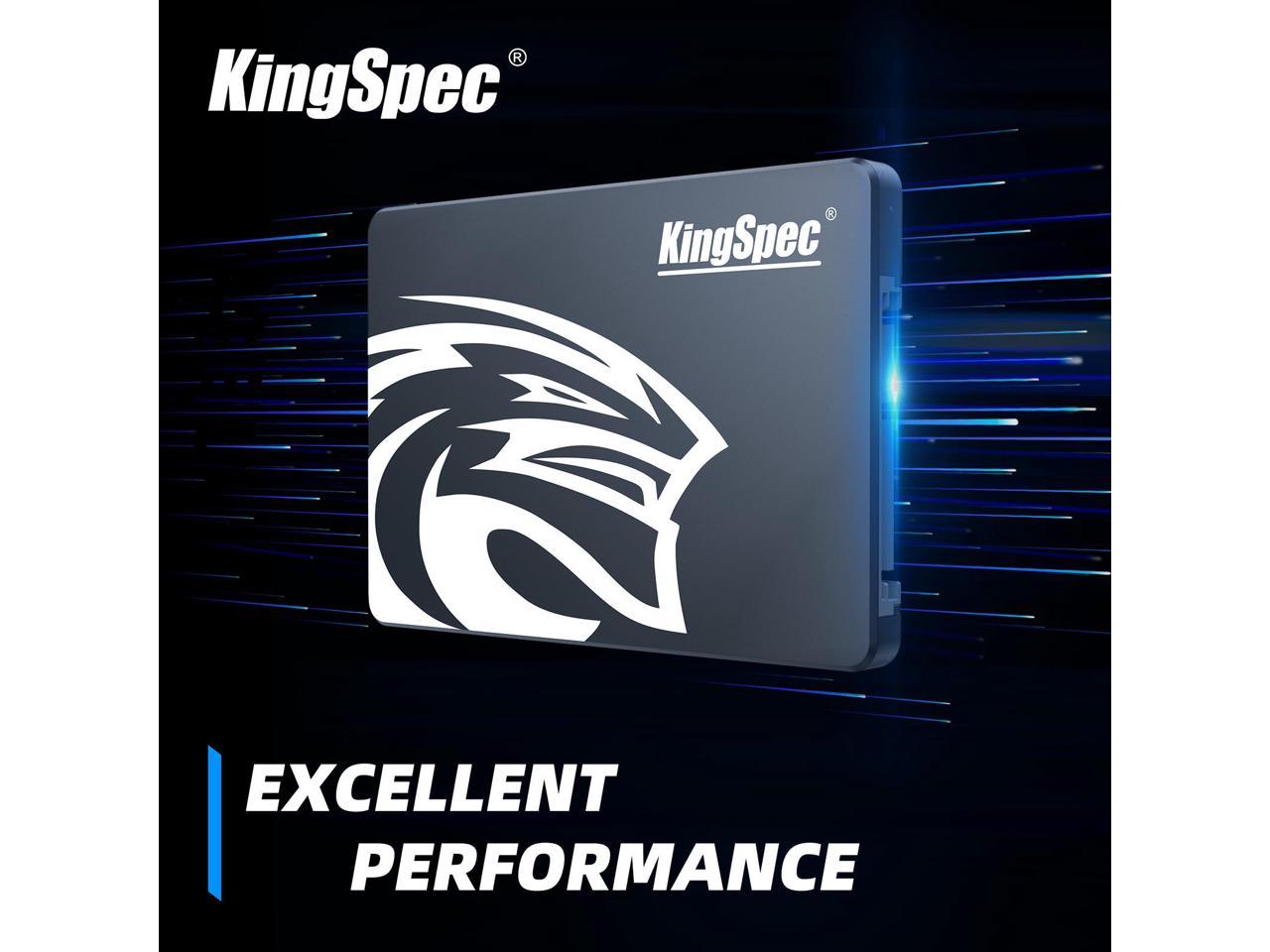 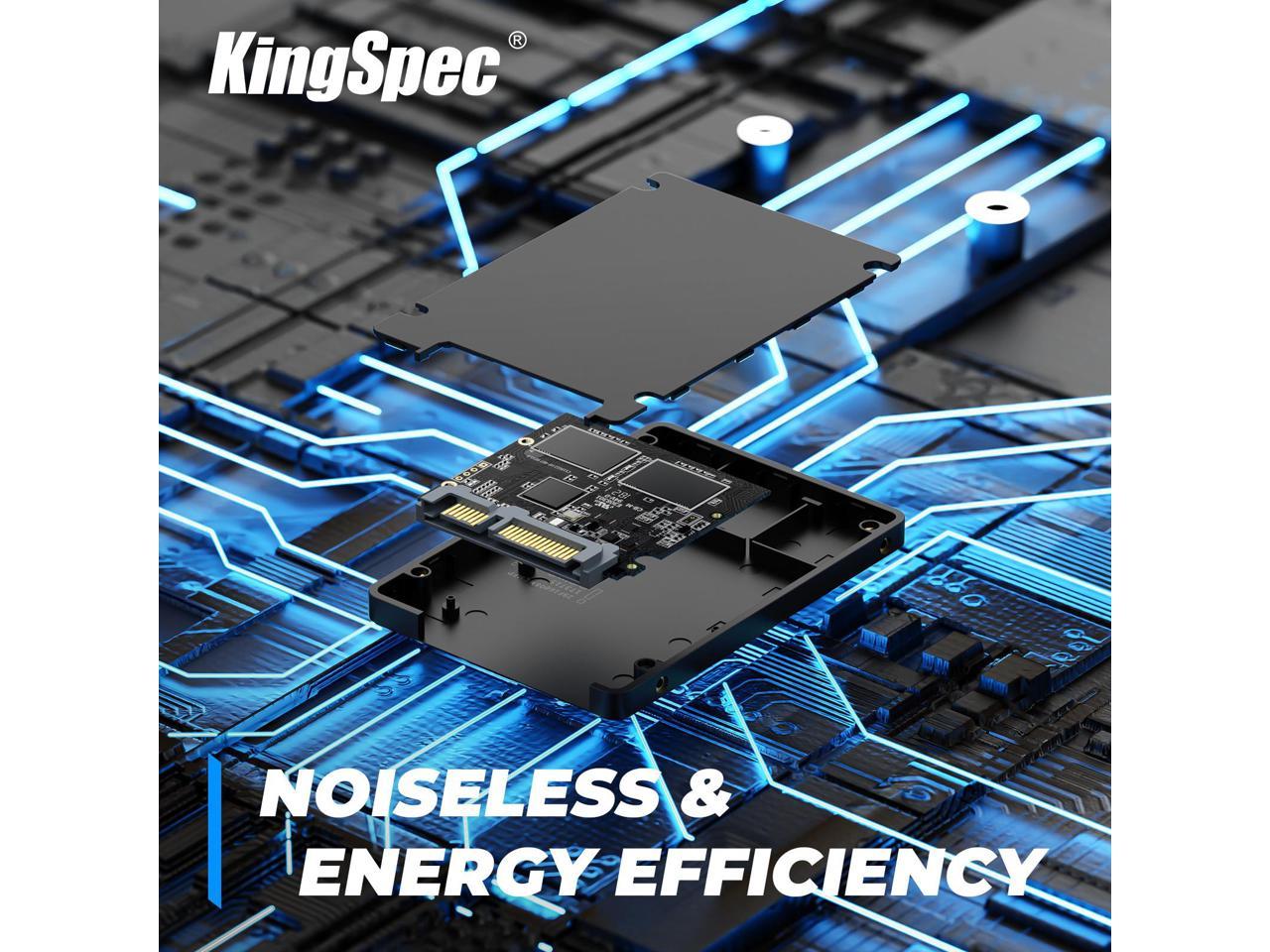 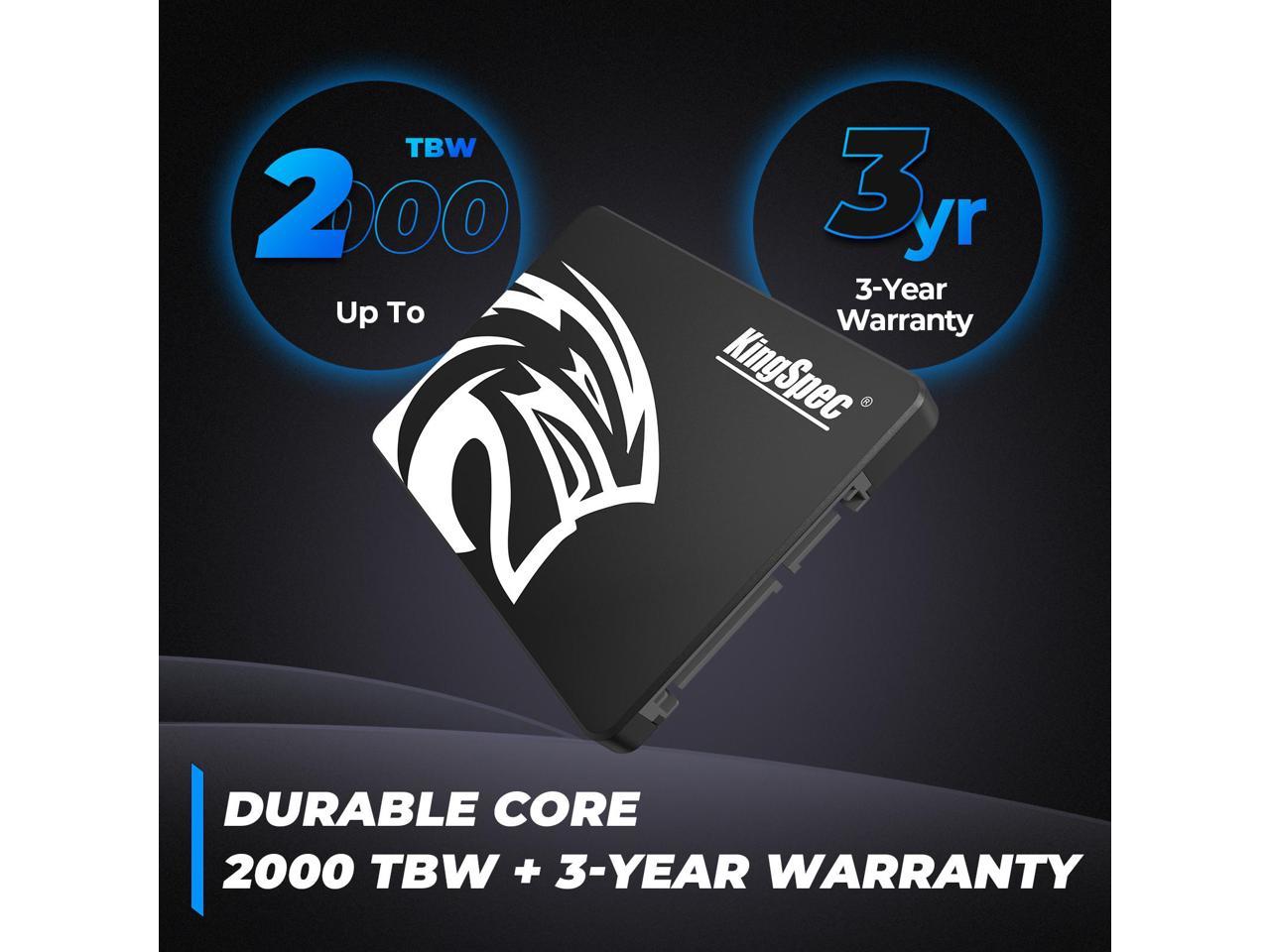 KingSpec 2.5 inch SATA SSD are one of the best choices for improving your computer's performance.Upgrade from a hard disk drive for faster performance or more storage.Up to 50% faster (compared to HDD) boot up times, make your boot-up waiting time shorter and get you to the desktop faster.Depend on its reliability and compatibility KingSpec SATA SSD are the preferred choice for business people, IT professionals or gamers. Incredible speeds and rock-solid reliability -- KingSpec SATA III 2.5 inch SSD dramatically improves the responsiveness of your existing system with incredible boot, loading and file transfer times.Powered by a latest gen controller for read and write speeds up to 550MB/s and 500MB/s, this SSD is 10x faster than a traditional hard drive for higher performance, ultra-responsive multi-tasking and an overall faster system. Benefit to the excellent 3D NAND Flash Memory technology, ssd internal hard drive are more reliable and durable than a traditional hard drive. There are no moving parts, making it less likely to fail than a mechanical hard drive. It's also cooler and quieter, and its shock and vibration resistance makes it ideal for notebooks and other mobile computing devices. Upgrading to KingSpec P-series SATA SSD  is now easier than ever for anyone with a desktop PC or laptop that supports a standard 2.5-inch SATA form factor. Pros: - Added a significant speed boost to a decade-old computer tower. - Small, so easy to adapt in a new case should I get one.

Cons: - It's not yet long enough to see if this thing fails early, but I may update this review (or leave another one) if something does go wrong. - Had to buy a 3.5" kit, but that's not really worth complaining much about.

Overall Review: (Originally posted March 4th, 2022) I added this SSD to an old computer tower, and installed Linux onto it. Everything runs super fast - it even helped boost the read/write of other (older) drives in the system. With 4 GB of RAM and a 4-core CPU running at 2GHz, that's a pretty good boost! I only gave this four out of five eggs because it's too early to see if it will fail. I'm a little skeptical about using SSDs for everyday storage, as the concept is still too new to me (and KingSpec has had faulty drives before), but at this price I don't think anyone should just pass this up without looking into it first. UPDATED April 9th 2022: I recently got a new case for the old computer, and this SSD now is attached to the inside case wall instead of having to use a kit. Even so, this SSD doesn't seem to have failed me yet. I plan on making more changes to the system soon; I may update this review again if I have a different experience with the SSD.