Purchases from these Sellers are generally covered under our Newegg Marketplace Guarantee.
Sold and shipped by: YunxiSupermarket
Ships from China.
Price Alert
Add To List 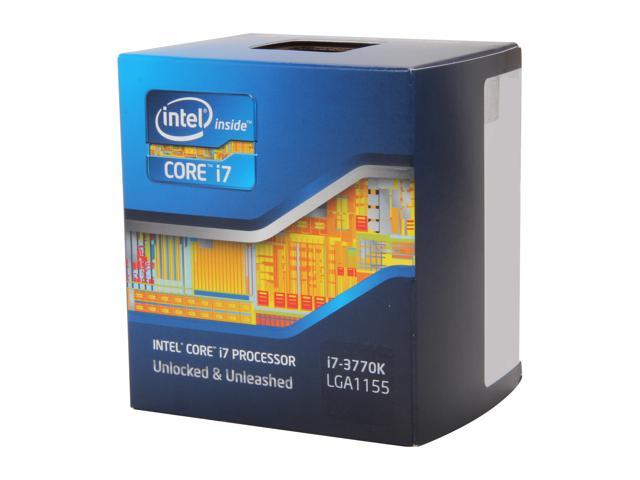 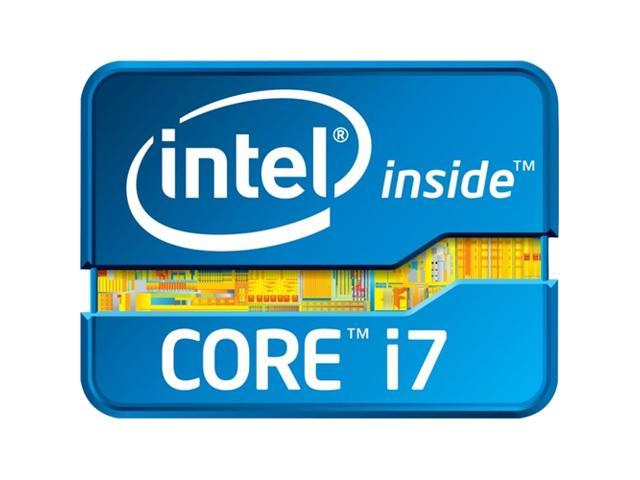 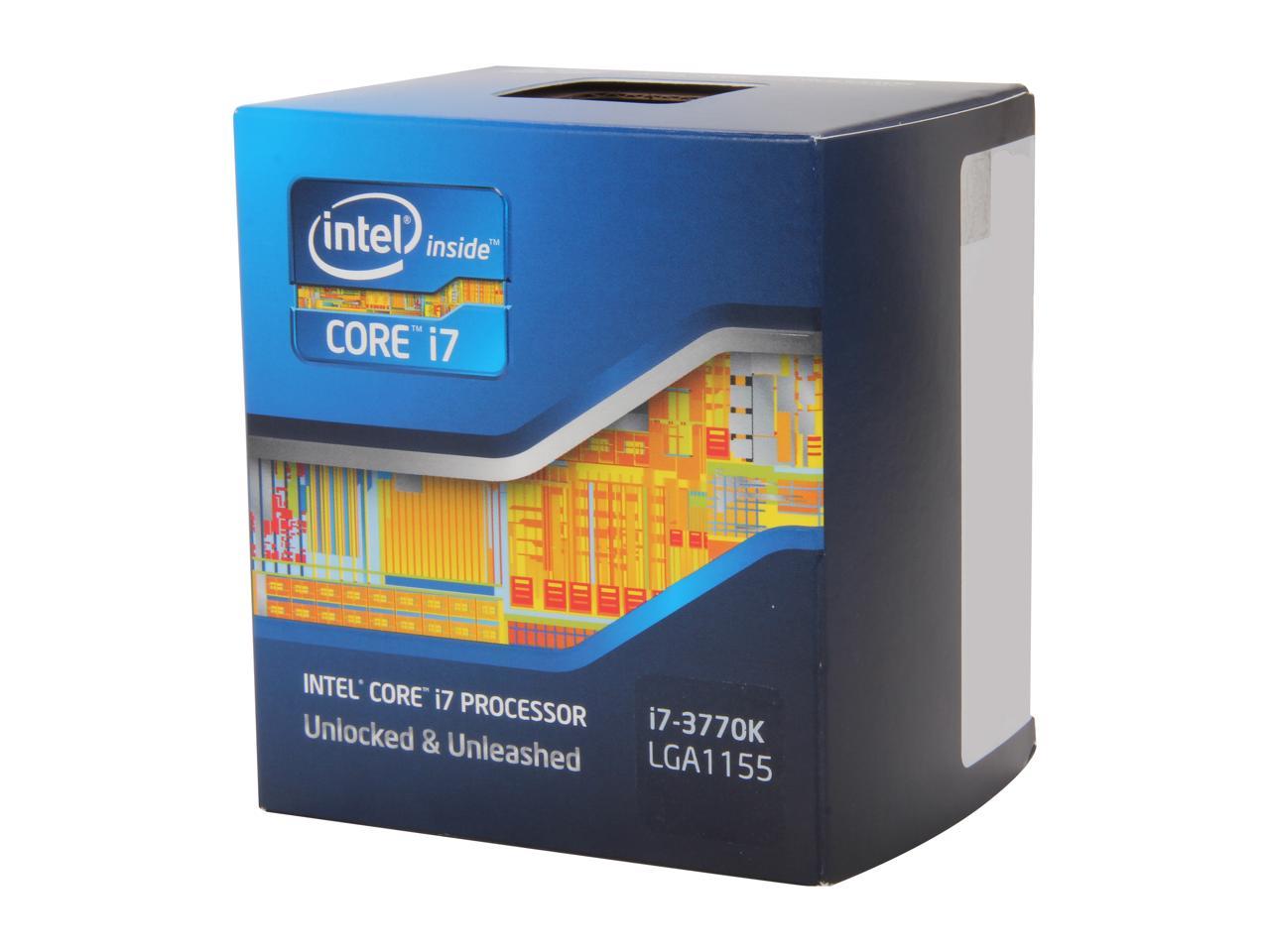 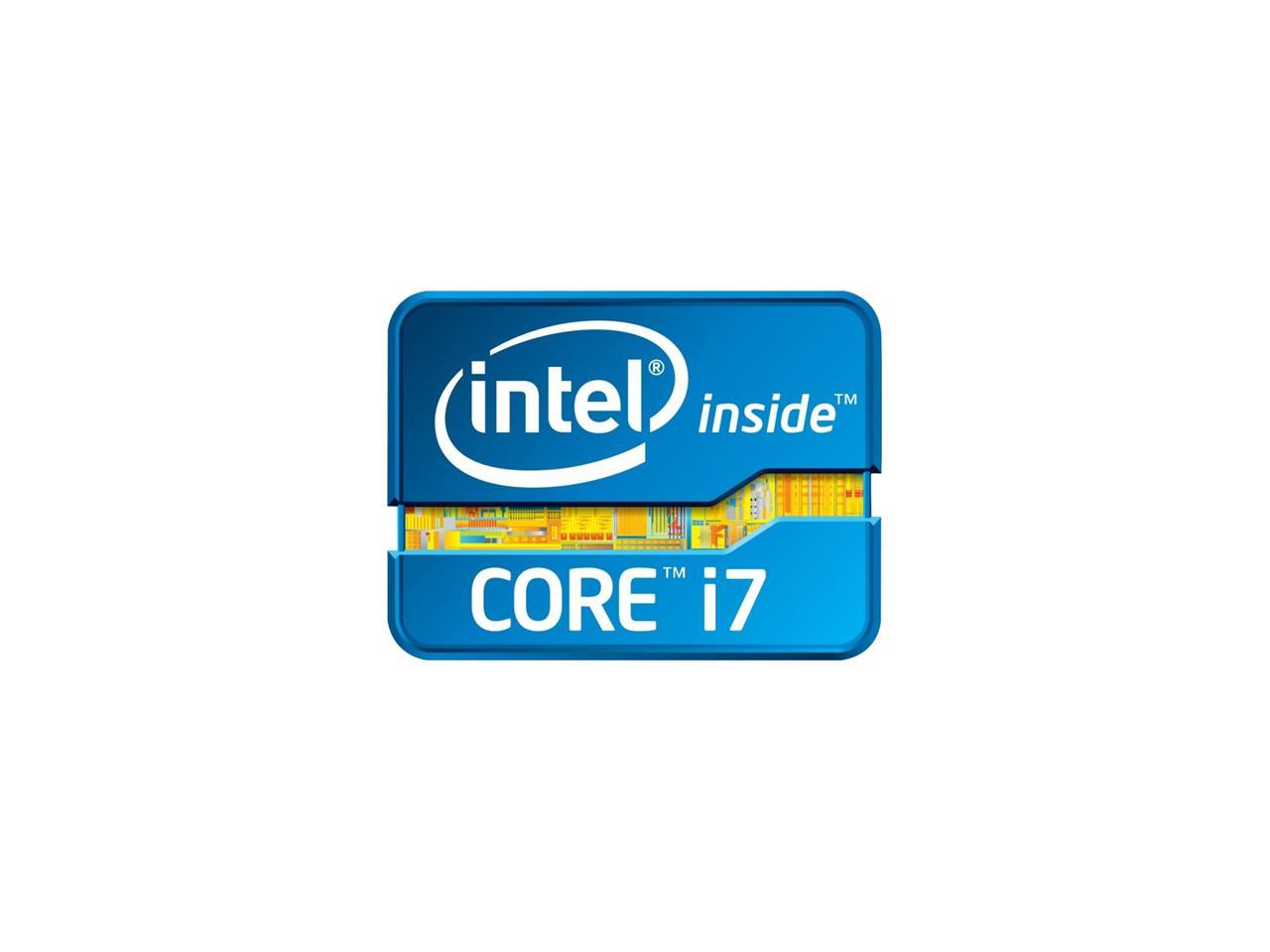 Once again Intel sets the pace in competition for performance and power efficiency with the 3rd Generation Intel Core processors, codenamed Ivy Bridge. Built on the market-leading previous generation Sandy Bridge architecture, the state-of-the-art Ivy Bridge not only continues the excellence in all aspects with Intel Hyper-Threading technology, Turbo Boost Technology 2.0 and Smart Cache, but pushes the pace a step farther with groundbreaking 22nm 3D transistor technology, which delivers an unprecedented combination of performance and power efficiency, and a couple of key refinement. The built-in visual is another leap offering you enhanced media and graphics. The Ivy Bridge IGP also supports DirectX 11 and OpenCL 1.1 to deliver incredibly detailed gaming and better heterogeneous computing performance.

The Intel Core i7-3770K packs four cores with Hyper-Threading technology and Turbo Boost 2.0 technology to deliver top-of-the-line performance that makes a difference you can see and feel in HD or 3D, multitasking or multimedia. Its unlocked multiplier allows you to freely adjust the frequency when used with compatible motherboard, pushing the performance to a new level and pumping the max out of your investment.

Pros: - 4 physical cores with HT (8 logical CPU's) with a huge Cache ='s one amazingly fast CPU. I would consider this CPU one of the most cost effective solutions for any user who plans on dabbling in things like 3D rendering, video editing, gaming, encoding, etc or any combination of. In other words, while there may be a 'better choice' of a cpu for only rending or editing or gaming, there's few that will do them all this good. - I came from an Intel Q6600 OC'd to 3.2Ghz and I honestly was not expecting this much of a performance gain. It's the same feeling I got when upgrading from my Intel Pentium D to the Q6600. Before upgrading I tested a few games with a GTX 680 using the Q6600. When switching over to the i7 I was amazed at how much the Q6600 hamstringed the GPU. We're talking a huge 20-30% fps hit (minimum) across the board. This is a two way street for you gamers out there. This CPU will be held back with a weak GPU. Plan accordingly when you upgrade. - In CPU intense games, such as Civ5, I saw late game turns that used to take 40-60 seconds drop to 10-20 seconds on the 3770k. (8 civs, 16 city states). I've actually played a completely different game with Civ5 running in the background and easily tabbed between games during turns. It really is that powerful. - Rendering times in Premiere were reduced by ~40% (in software mode). - Running off the same SSD Windows 7 only loaded a few seconds faster, however my day to day apps are definitely more responsive. - Sips power and runs very cool with adequate cooling which leads me to my next pro. - This processor is a GREAT overclocker. I'm also really happy Intel is finally providing unlocked multipliers on their CPU's rather then making an absurdly overpriced model with that capability. With an aftermarket cooler, I was easily able to hit 4.0Ghz with just an adjustment to the multiplier. A little more tweaking was involved before I had it comfortably running at 4.4Ghz and Prime stable on air cooling. I'm now running it at 4.2Ghz and (despite the fact others have had theirs running higher) I'm quite content with a 20% overclock on an already incredibly fast CPU and it's nice to know there's a decent amount of head room if I want to push it further in the future. - The Intel graphics is a plus if you have no need for gaming at high resolutions or maxing in-game settings. If you do, you're better off buying a good video card instead.

Cons: - Stock fan is loud when CPU is under load. While it's adequate at stock speeds, it is NOT AN OPTION if you plan on overclocking so make sure you pick up an aftermarket cooler if you're going this route. Just as an example, I saw a temperature difference between the stock cooler and a Zalman S9900MAX at idle (no OC) of ~6c and under a stress test of ~14c. If you're an overclocker you understand how much room you gain by moving away from the stock cooler. If you do get this CPU you'll understand my con, which is more of a warning then anything: - The feeling you get when attempting to lock this CPU down to the motherboard... I've spoken to a few of my buddies who have this or similar cpu's (same socket design) and different motherboards. Every single one of us thought we were about to break the CPU or crack the motherboard when locking it down. I'm not sure what it is with this design but I have never installed a CPU (and we're talking dozens of them) in my life where I questioned if I was doing it right. It's a very 'snug' fit!

Overall Review: As I pointed out earlier the 3770k is a great all around CPU. It'll handle any games you throw at it or happily render some videos. In most cases, it will easily do both at the same time. If you're solely gaming, an i5 may be a more budget friendly alternative. If you're a professional looking for a workstation CPU for 3D or editing and want the fastest solution possible, there are a few better choices. (Not many though.) Regardless of the route you take, if you're on a Kentsfield/Wolfdale/Yorkfield (or lower) or AMD equivalent then you can't go wrong with this option for an upgrade.

Pros: Intel never fails to amazes me. Moving up from a Core 2 Duo to this bad boy. It is incredibly fast and handles almost all multithreaded applications and games with ease. OC'd @ 4.2 Ghz for safe measure. I may push it up to 4.5 if I need to. But at that speed it idles @ 26 C with max load @ 37-39 C. I have never hit 40 C ever. Definitely get a quality heat sink with some Arctic Silver to achieve stable temps.

Pros: Worked out of the box. Handles anything I throw at it. Games will run smoothly with 2 virtual machines, a web browser, and tons of background services running simultaneously. (specs in other thoughts). Supposed to be more energy efficient than sandy bridge.

Cons: Fan was slightly tricky to install because I hadn't installed a processor in so many years. The plastic screws were not intuitive - made me look at the directions.

Overall Review: Using Windows 8. Sitting on asus z77 sabertooth motherboard and 16gigs of corsair ddr3 @ 1600. nvidia geforce gtx 670 ftw. corsair 650D case. air cooled. plays smooth with highest graphics in borderlands2, cod blackopsII, sc II haven't had the need or desire to overclock this rig *yet* but the motherboard is well suited to do so

Cons: - Not the best for overclocking

Overall Review: When overclocking, the ivy bridge series can get rather hot rather fast. I currently have the processor clocked at 4.5 GHz with a Thermaltake WATER2.0 Pro liquid cooler and it is running under full stress at about 78 degrees celsius. Strong processor capable of plowing through anything you throw at it.

Pros: Super fast! easily over clocked and running super cool! I paired this with a ASUS P8Z77-V LK LGA motherboard and I couldn't be happier. Drop it in and install the included fan and your done. I uses ASUS AI tool to overclock the CPU to 4.2 ghz and at idle with the stock fan I am getting 34-36c and under load 44c ~! talk about awesome preference!

Overall Review: This was an upgrade and I am glad I did it. Well worth the extra cash knowing that this chip will last many years without needing another upgrade. I still can't get over how easy it was to overclock and how cool the chip is running. The days of trying to figure out how to overclock are now a thing of the past.

Michael B.
Ownership: 1 month to 1 year

Cons: >Intel likes to change sockets a lot. >Intel used TIM instead of solder to attach the IHS, and cheap TIM too - results in a much hotter Overclock

Overall Review: I came from a Q6600, so this is a big step up for me - and the only reason I upgraded was because the latest version of Solid Works was not compatible with the SSE instruction set employed by the Q6600. This could be a Pro or a Con, if you don't plan on Overclocking, it doesn't really apply to you: Intel used a TIM to affix the IHS, instead of Solder like they have done in the past. This means you can "de-lid" the processor (voiding your warranty, and potentially destroying your CPU if you mess up), much like the old Athalons. This opens up some interesting possibilities when it comes to exotic cooling. However, if you try to OC without De-lidding and at least applying a better TIM, then your OC will probably run about 10C higher than you're expecting. It was well worth the upgrade, even ignoring the requirement to continue using the software I need. I got a noticeable improvement in performance across the board.

Pros: so me and my brother bought top off the line stuff ...he wanted to go with the intel 3770k and the maximus v formula....and i went with the amd 8150 and a crosshair v formula -z board ...he is an amd man aswell as i but he went with intel cause to be honest we havent dealt with intel since core 2 duo ...we wanted to know a real world difference between a side by side commparison of the 2 top of the line chip...and here it is the pro iclocked my 8150 to 4.7 stable on an h80 he clocked his 3770k to 4.7 stable on an h80 we tried every benchmark we could think of theyy both went about the same except for cinebench the intel scored higher and the the chip generally runs stable at high clock speeds

Cons: now on to the cons ...this chip gets way hotter than the amd which creates more heat in your case ...the logical core or hyperthreading does not add to much to the performance of this chip ....and we also found that intel is more complex to overclock it just not as easy....but does awesome for 4 physical cores

Overall Review: so down to the brass tacks for intel fan boys and peole who would rather spend more moneyy for the name intel this chip is it ...it is awesome there is none higher...for those looking for a better price and the same performance and less heat and a more enjoyable overclocking experience go with amd ...its just our opinion ...but all in all intel does what they say it will and is an awesome setup so if its what you want its worth it

Pros: Worth the extra $ for the unlocked multiplier. Went from a i5 2500K to this. People said no difference in a gaming but there is.

Cons: none at this time