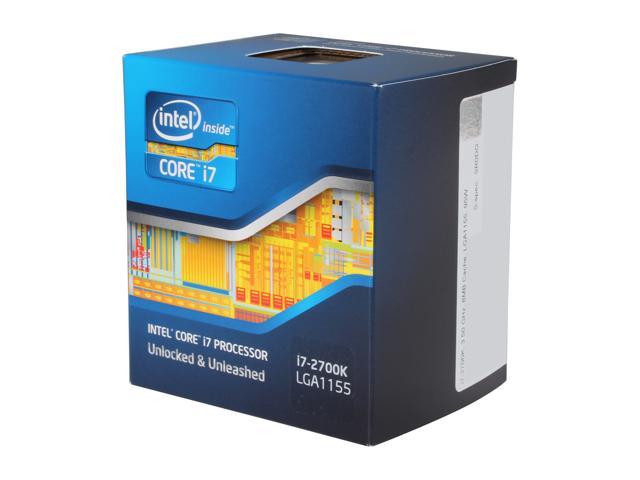 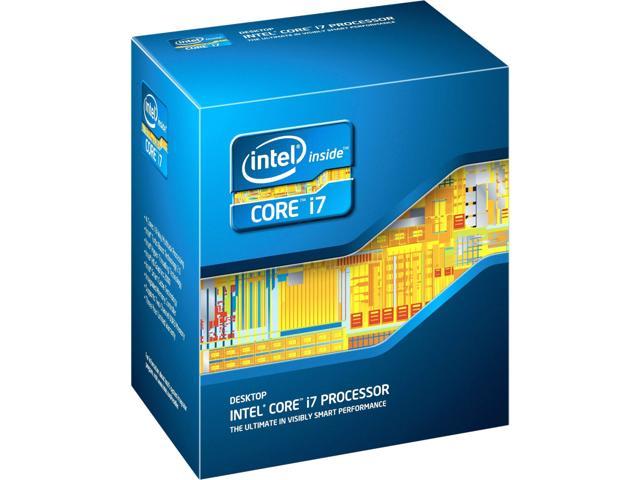 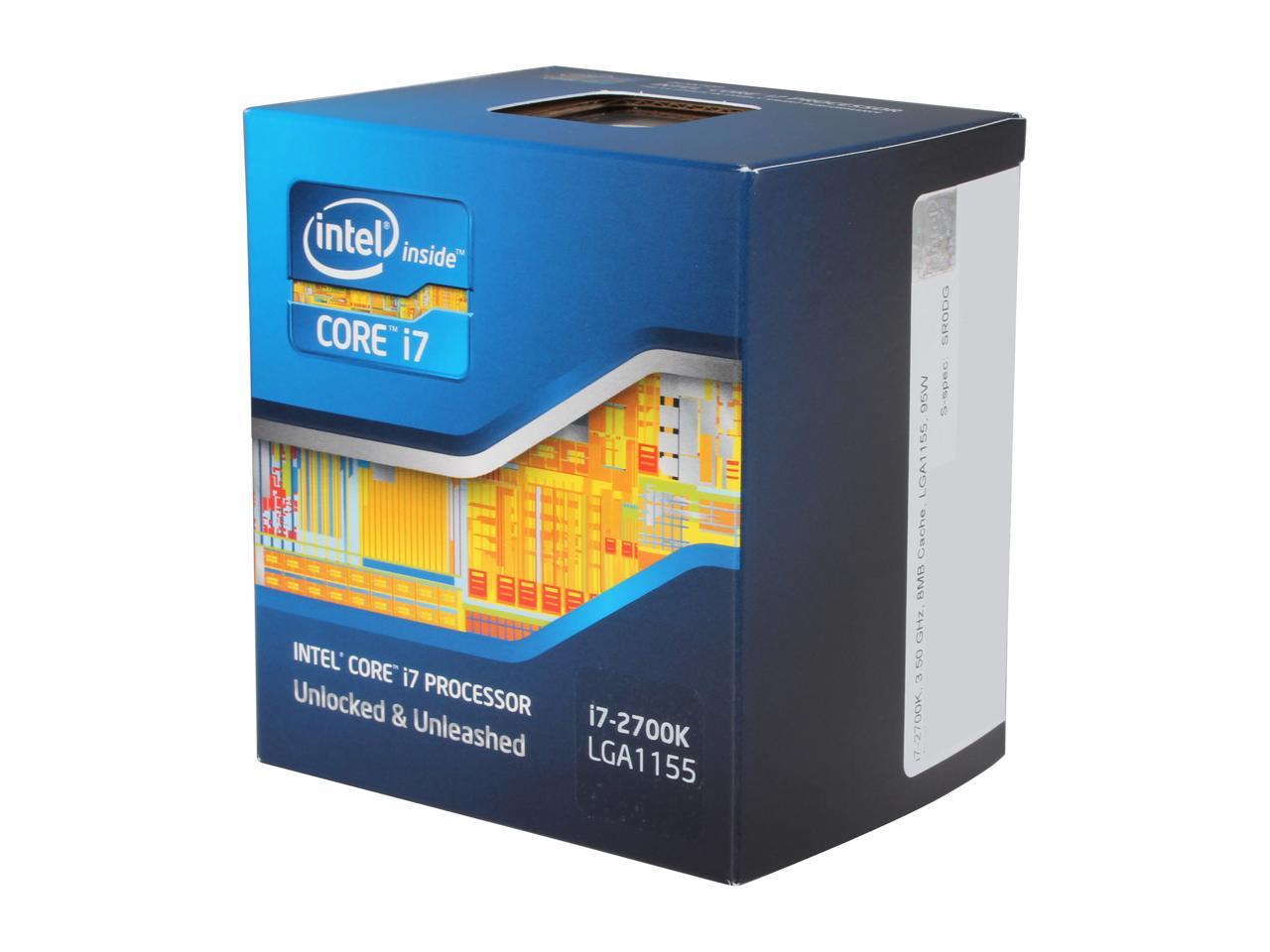 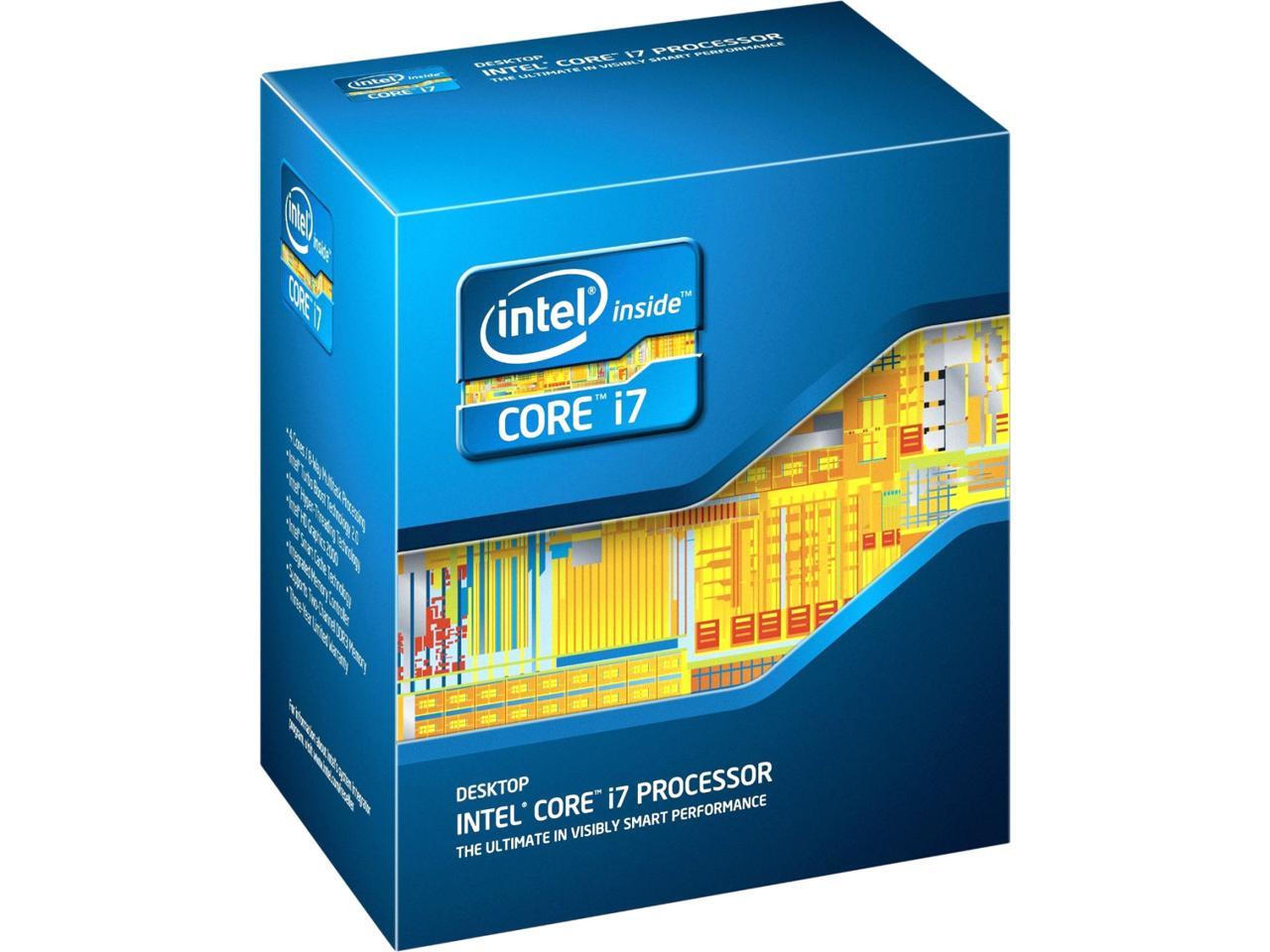 (217) Write a Review
See more "i7 2700k"
In stock.
Ships from Hong Kong.
Fees for brokerage and duty included in price. Most customers receive within 9-31 days.
Overview
Specs
Reviews
Whether it’s HD media, 3D gaming, or serious multitasking, unlock your full potential with the 2nd generation Intel Core i7-2700K processor. With top-of-the-line speed complemented by Intel Turbo Boost Technology 2.0, 8-way multitasking capability, a rich set of features, and overclocking enabled, it delivers 2nd generation smart performance at its best with the flexibility to set your system specs just the way you like. And when combined with the Intel Z68 Express chipset for overclocking performance, the Intel Core i7-2700K processor delivers visibly smart performance at its best for the desktop with its highest performance built-in graphics and media features.

Overall Review: was not sure if i would notice a difference between this and the 2500k in real time use. verdict; i was able to notice a slight improvement. in the long run performance/productivity wise this is definitely worth the extra $100 clocks higher at reasonable voltage than any of my 2500k cpus. don't need a serious water cooling loop like you would would with the ivy, mid/high end air cooling is good enough.

Cons: Non at all!

Pros: -Overclocked to 4.5Ghz @ 1.38v -Burns through any application you put it through -Still would O\C higher if I felt the need to

Cons: -Stock cooler is a joke -Heck with EIST and let it run full boar all the time!

Overall Review: If you can afford the price for the higher binned CPU this is one for you, especially for overclockers. If tight on $ get the 2600k and it will still make 4Ghz easy, and no one will notice a difference between 4-4.5Ghz in a game or everyday use.

Pros: Great processor as expected. In very quick OC testing I got to 4.8ghz stable, no doubt it will do 5ghz+ with tweaking. Running Prime95 temps at 4.8ghz were between 68C on Core 0 and 76C on Core 2 with Noctua D14.

Cons: Stock heatsink is a joke.

Overall Review: I've been a long-time AMD supporter but Intel really has outdone themselves with Sandy Bridge. The Zambezi flop left me no option but to go Intel. Don't even bother with the stock cooler, its one of the worst I've seen.

Pros: Paired with an ASUS P8z68 Deluxe Motherboard and a Noctua DH-14 I currently have this chip overclocked at 5.0 GHz. It took 1.45vcore to achieve this, BUT... with a mere 1.35vcore I was able to obtain a stable 4.8 GHz overclock.

Cons: The only obvious con is the price. However, it IS worth the money.

Overall Review: Not sure if it's just my chip or possibly a bad installation, but my temps seem a bit high. I'm up around 7-8 degrees from my 2600k at the same temp/voltage levels. Update inc tomorrow after a cooler reset.

Cons: Stock heatsink is garbage. I don't understand why Intel make such amazing CPU's and give you this terrible heatsink. They should just remove the heatsink from the package and reduce the price.

Pros: I've been waiting for this chip since the first rumors of it spread among the internet. I found it hard to believe the day it was launched, New Egg had it but there wasn't anything about it on intel's website. +1 for newegg! I haven't had the chance to push this as far as I could yet. I ordered 8 more GB of RAM with this CPU, for a total of 16GB. I notice all the top overclockers usually use one stick of RAM and even on the World Record Bulldozer Frequency CPU-Z Validation it clearly shows they are only using 2 of the 8 cores. All of my overclocking has been with all cores and all RAM. With 2X4GB RAM, the best CPU-Z Validation I could get was 5235MHz. This chip goes to 5GHz EASY. So far I've only ran Passmark Performance 64 bit benchmark on it. This thing scores about the same (10,100ish) stock that my i5 did maxed out! If you have an i7 2600k, I don't see a valid reason to upgrade unless money isn't an issue. If you have an i5 2500k or below...GO FOR IT!!!!

Cons: Stock Heatsink/Fan is a waste. Intel should leave that out and drop the price of the CPU.

Cons: Go with a different Heat Sink then the V6 its to large and does not tighten onto the cheap very well. Had to retro fit the memory underneath the Heat Sink removing the heat sink off of the memory stick closes to the CPU.