Purchases from these Sellers are generally covered under our Newegg Marketplace Guarantee.
Sold and shipped by: Foxconn factory
Ships from China.
Price Alert
Add To List 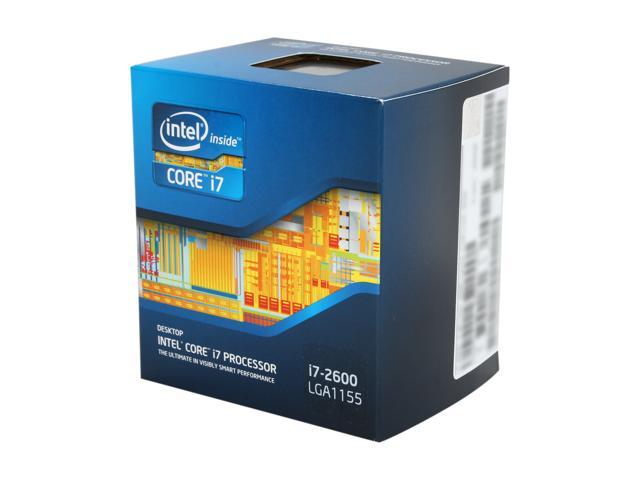 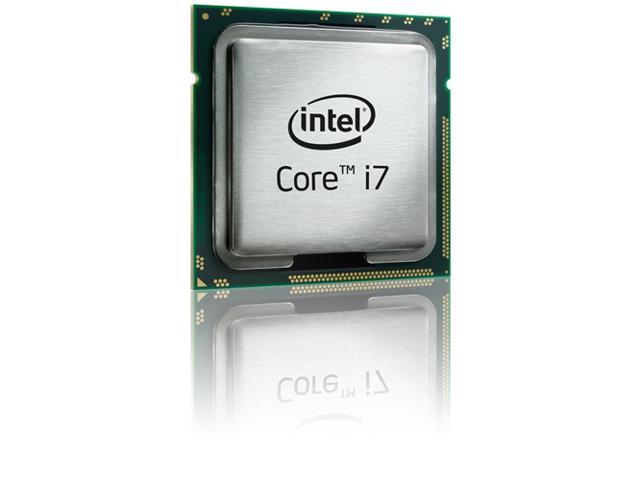 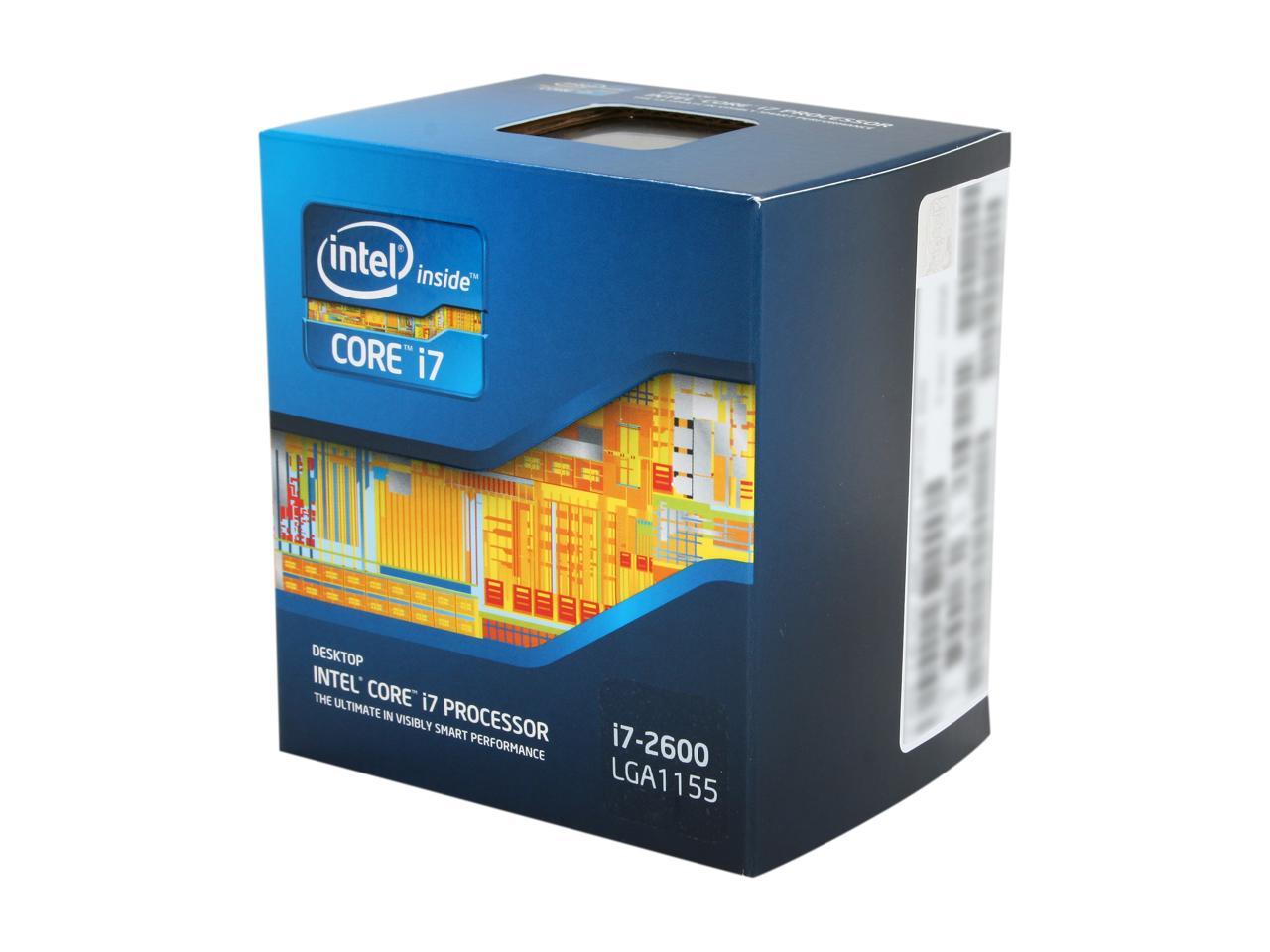 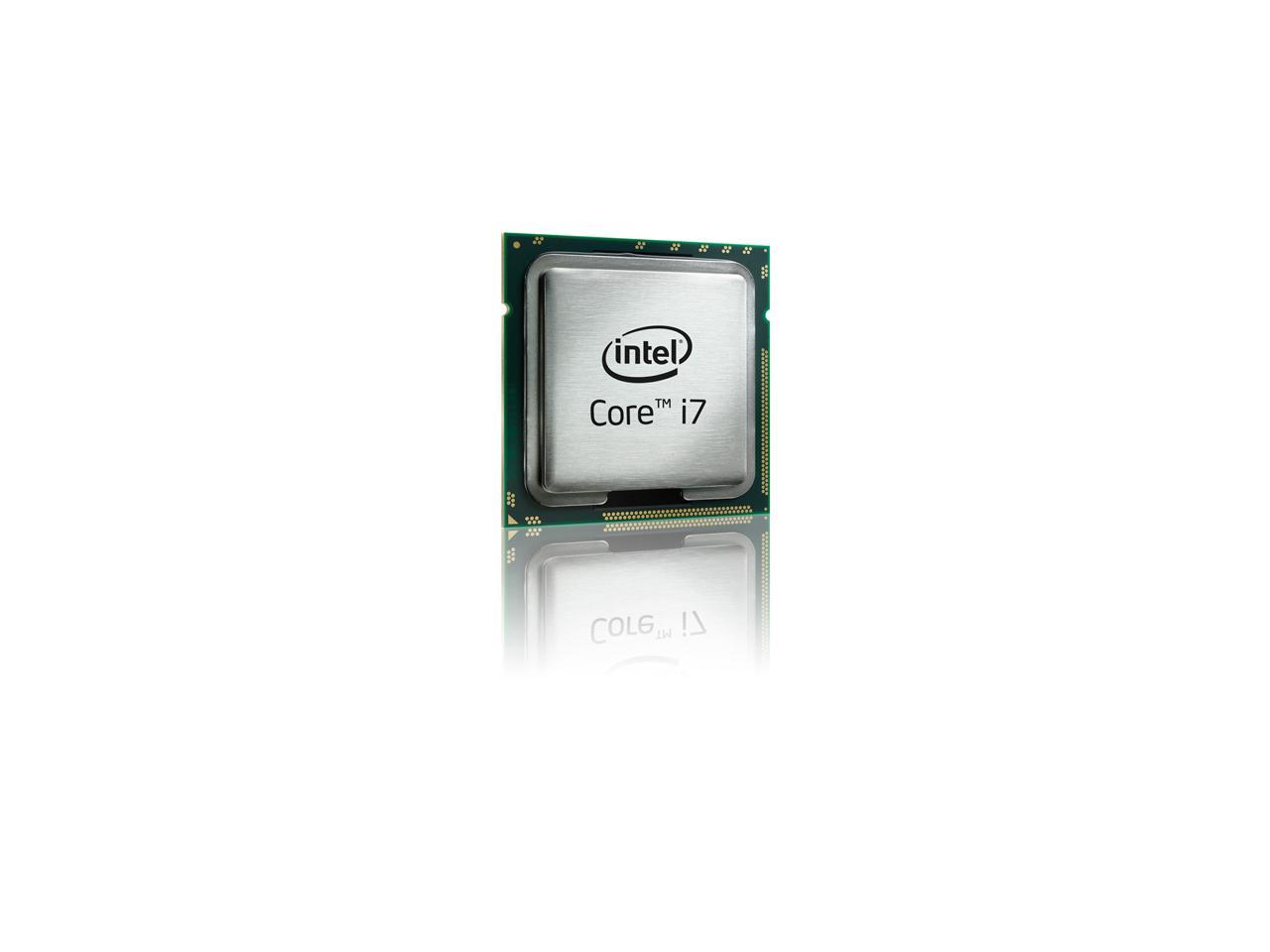 (228) Write a Review
Lowest price
in 30 days
See more "lga 1155 cpu"
In stock.
Ships from China.
Fees for brokerage and duty included in price. Most customers receive within 5-18 days.
Overview
Specs
Reviews
Whether it’s HD media, 3D gaming, or multitasking, the 2nd generation Intel Core i7 processor can handle it all with headroom to spare. Its top-of-the-line speed is complemented by Intel Turbo Boost Technology 2.0, which adapts processor speed for more performance when you need it. Combined with a rich set of features, including Intel’s unique set of built-in visuals, the 2nd generation Intel Core i7 processor is the ideal choice for visibly smart performance at its best. And when combined with Intel H67 Express chipset, Intel Core i7-2600 processor delivers visibly smart performance at its best for the desktop with its highest performance built-in graphics and media features.

Pros: Amazing CPU! I have one of these plugged into my Windows 7 64-bit workstation. I do a lot of video editing, graphic design, and 3D animation. I put the full 8 cores to use (100%) while rendering out of Maya and 3DS Max. Love this processor, highly recommended.

Pros: Nice fast CPU - does everything I need it to and more. Was looking at AMD's new Bulldozers, but went with this after seeing benchmarks where the i7 kills the bulldozers. I have no intention of overclocking, so this chip was a good fit for me without breaking the bank.

Overall Review: I was surprised at how small the included HSF was - but it seems to do the trick. Several hours of gaming and no heat issues. I'll probably get a larger cooler at some point, but this is adequate for now.

Overall Review: I see many people try and bash the 2600 because it does not "overclock" to the tune of the unlocked 2600K...because in their sheer ignorance they think these are the same processors. If you are into overclocking than the 2600K is for you. However, if you are using your workstation as a host for multiple VMs...or want to build a virtual lab running hypervisors (ESXi) and want nested 64 bit VMs with performance...access to the crucial Intel VT-d technology ONLY comes with the 2600.

Pros: -Imbedded Intel HD graphics this is great if you have or will buy an H67 chipset motherboard. -8Mb of L3 is great -You can tweak this beast to run a bit faster than 3.40GHz but unless you know what you are doing it is not recommended, might cause an unstable system -4 cores running @3.4GHz with a 3.7GHz turbo boost makes this processor alone extremely fast -Hyperthreading if 4 cores running @3.4GHz wasn't enough you still have this amazing feature that allows greater ease with multi-threaded applications virtually like running an extra 4 cores.

Cons: Other than the fact that it is not unlocked, can't think of none, but if you need to overclock pay an extra 20-30 bucks and get the i7 2600k

Overall Review: Please make sure that you do your research carefully and make sure that this is the processor that suits your needs. This is a great processor for the money you pay and is extremely fast as is. This processor is more for a high performance PC, if you are an overclocking fiend or enthusiast than maybe the 2600k is for you. My Setup: Asus Maximus IV Extreme Intel Core i7-2600 EVGA GeForce GTX SE (Fermi) 1Gb 256bit G.Skill Ripjaws X-series 8Gb (2X's 4Gb) Rosewill Bronze series 1000W Crucial SSD for OS Western Digital Caviar Blue 640 for Storage I know, I am not an enthusiast nor spend hours on end overclocking but I still bought the Asus Maximus IV Extreme because it is a great board.

Pros: Fast out of the box for those who don't have the desire to overclock. Super easy install. Shattered previous benchmarks for programs being run.

Cons: Only issue would be the Cougar 6 SATA II issue on the mobo, but that has been resolved.

Overall Review: We use this processor to run a numerical weather prediction model which is very, very CPU intensive. This i7 2600 is 31% faster than the previous record benchmark set by the i7 950 and AMD 6-core 1100.

Cons: Stock fan runs a little hot, but I guess that goes for all CPUs. I'll likely clean it and put some Arctic Silver on it this week to see if that helps any. More expensive than I'd like, but not as bad as I expected.

Overall Review: Overclocks itself when needed (video rendering, complex math, opening Internet Explorer) and tones back when it makes sense to. Runs about 100F in my poorly cooled case at full load for a few minutes. Not too bad for stock everything. If you don't like this CPU, I accept donations. twitter.com/oneseventeen

Pros: I have a very high bias toward AMD, but they have faltered over the years and Thuban was a disappointment. I thought I would try out the i7 2600, but I believed I would probably not see much of a difference between it and the Phenom II 965. I was wrong. My guess is that the general performance is about 30 percent faster, but the performance at multi-tasking seems to be at least twice as good.

Cons: I had to buy a completely new system. The Sandy Bridge memory controller is very sensitive to voltage and you should only use qualified and high grade memory.

Overall Review: Hopefully, bulldozer will come out in June and offer some real competition for the Sandy platform. Until then I will be on an Intel system.

Pros: What's not to like??? This CPU rocks! I do a lot of 3D rendering and this processor makes light work of it. Something it took hours to do on my old Core 2 Duo, takes minutes to do on this one.

Cons: Price, but hey it's pretty new so I can live with it.

Overall Review: I combined this CPU with a Gigabyte GA-P67A-UD3 motherbpard and it seems like a good match. Bought both here and 8GB of GSkill Ripjaws X 1600 memory and it runs great.