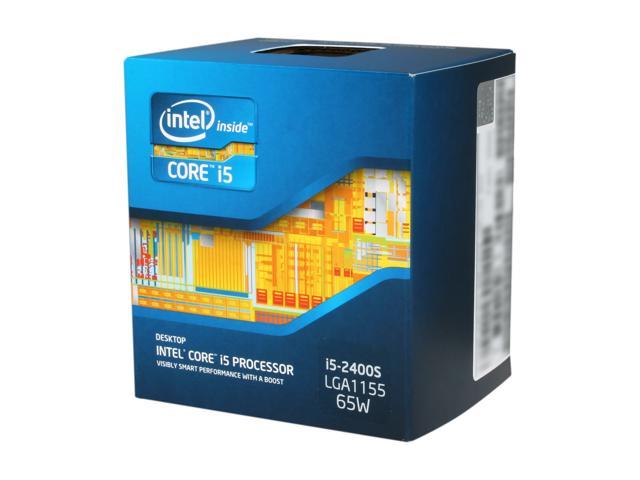 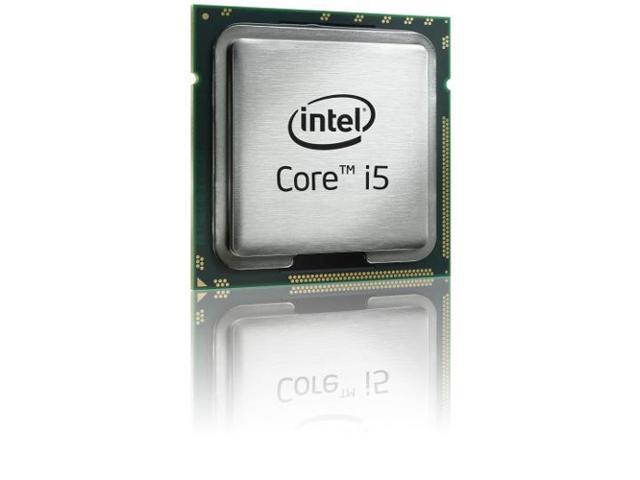 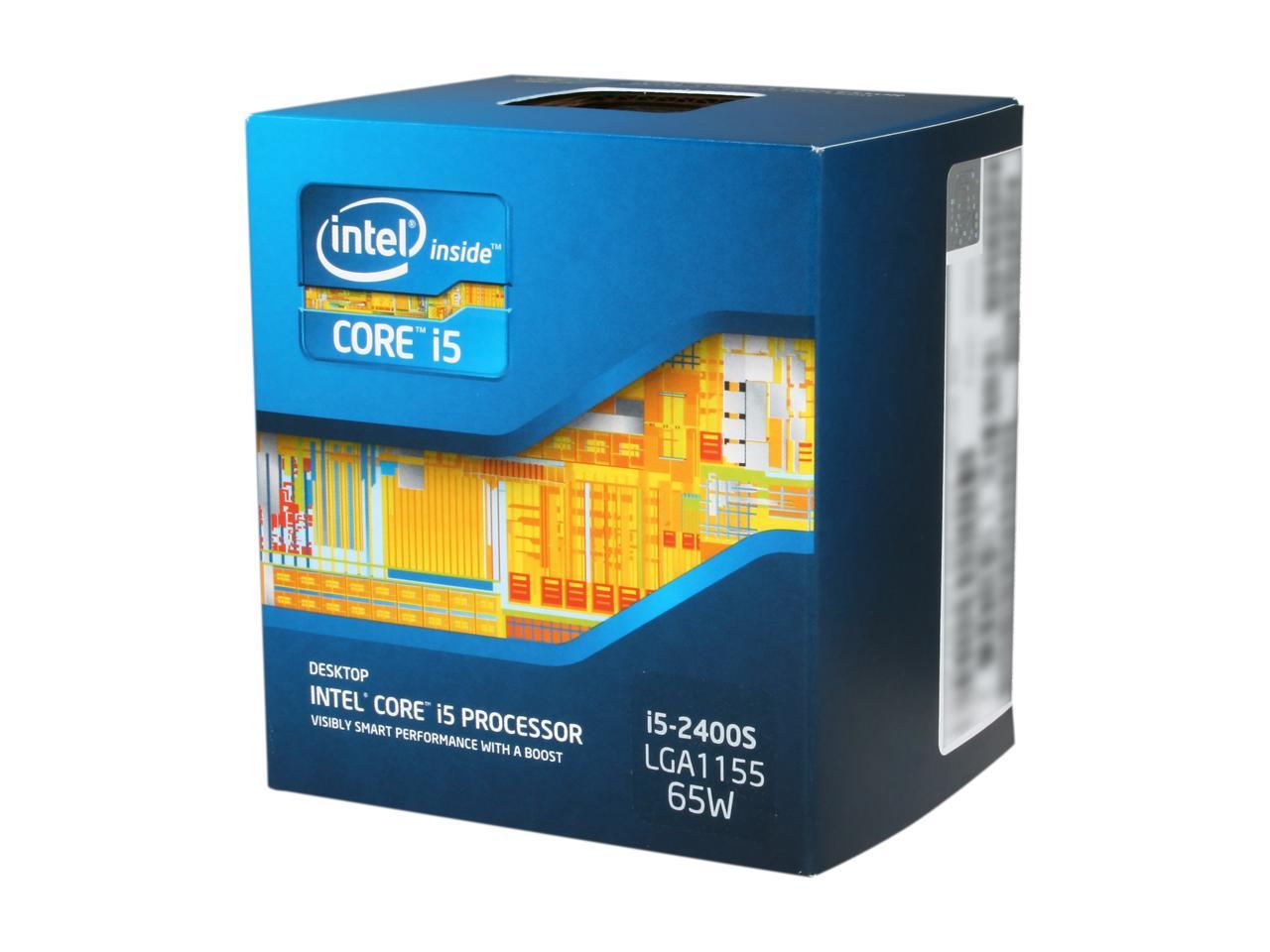 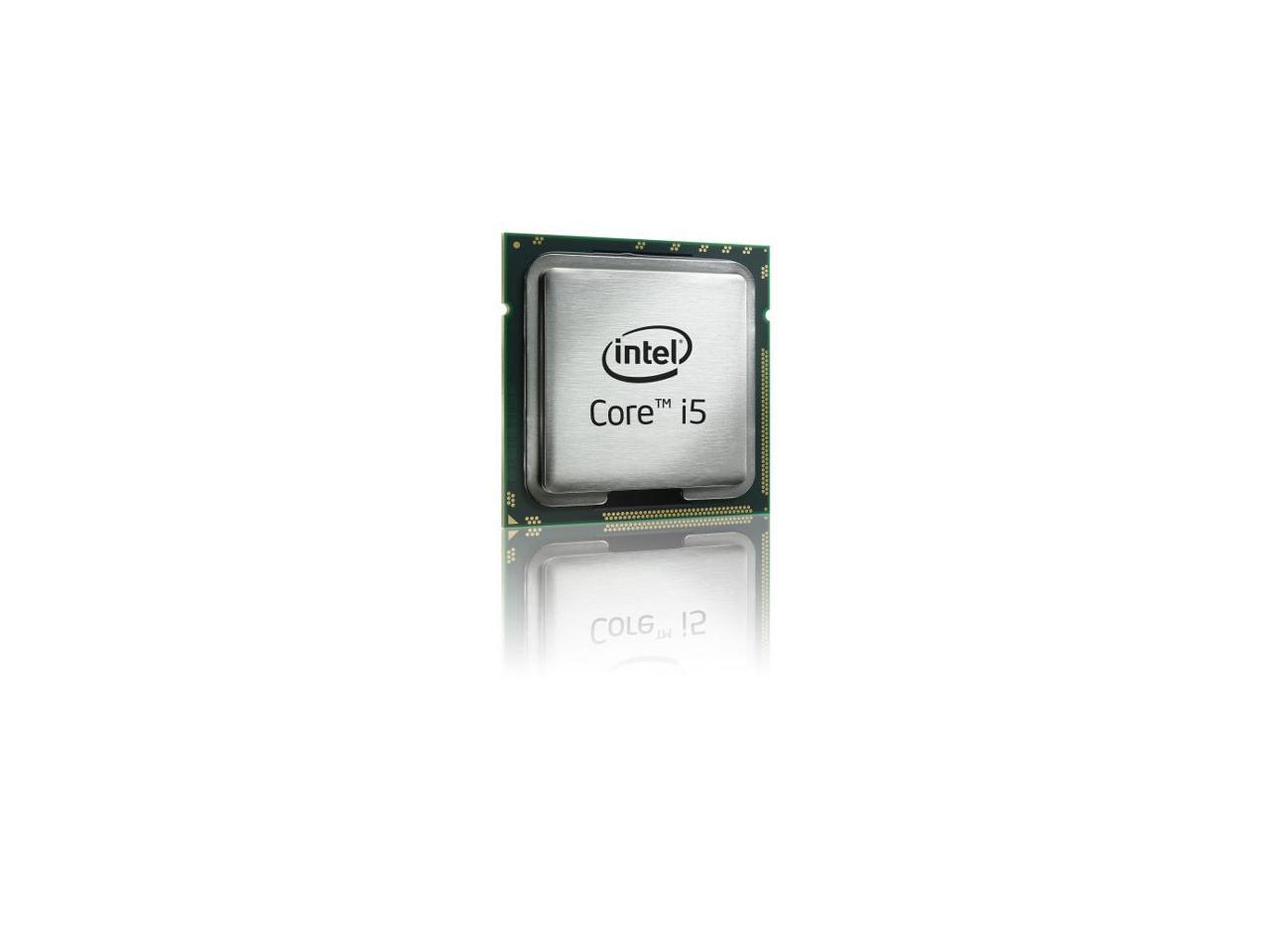 (12) Write a Review
See more "lga 1155 cpu"
In stock.
Ships from United States.
Fees for brokerage and duty included in price. Most customers receive within 9-31 days.
Overview
Specs
Reviews
Intel’s most popular family member adapts and looks better than ever. The 2nd generation Intel Core i5 processor delivers even more performance automatically when you need it and now a better visual PC experience built-in. With Intel Turbo Boost Technology 2.0, the 2nd generation Intel Core i5 processor increases your PC’s speed automatically for your demanding applications. It also includes built-in graphics and a rich set of new features for a stunning and seamless visual PC experience with no additional hardware required. That’s visibly smart performance with a boost.

Pros: Good balance of speed and heat (=noise), midway between the 95W versions and the mobile CPUs. Suits me just fine.

Overall Review: The LGA package is a breeze to install compared to chips with pins. Stock cooler fits easily, so easily I'm afraid I did something wrong :-)

Pros: Incredible processor, as another review said 1.6Ghz idle up to 3.3 Ghz, I am thoroughly impressed with how this processor handles video encoding. I am able to compress/encode my 8gb video files down to 3gb or less using handbrake in 3.5 hours (used to take me 28hours with my core 2 duo!)

Cons: heat sink/ fan assembly is a little weak in its attachment as others have noted, but nothing to cry about.

Pros: -Satisfyingly Fast! -Turbo boost: from 1.6GHz at idle or low demand to 3.3GHz when I stress it. Makes Win 7 buttery smooth even with it's iGPU. I like that it immediately adjusts freq. on the fly with no user input. -Runs cool even at full load with stock HSF. Around 40 degrees is the highest I saw. -Low profile HSF

Cons: Minor items not worth egg deduction, but still worth noting: -I'm not fond of the new stock HSF attaching design. Doesn't seem as a solid of a connection as previous designs. -No hyperthreading. Would have been a nice feature. -Price vs. AMD, but you also get what you pay for.

Overall Review: I've always been an AMD fan since the beginning due to price vs performance. But my few recent builds Ive been using Intel, and I always feel like the Intel chips have been more reliable. I've had a few bad AMD machines the last few years while my Intel computers are still running strong. I feel like Intel really knows what they're doing since the release of the core 2 quads, and more importantly the "i" series. Deep down I wish I could be an AMD fan again, but I think they're starting to lag behind the competition. **Paired this with an ASUS mini-itx H61 board, 8GB of 10666 DDR3 G.Skill ram, and a 200 watt mini-ITX case. Runs like a dream!

Pros: Bought this for use in a home server. Planned on putting it in a Mini-ITX motherboard and needed a CPU with good performance, but not too high a TDP. This CPU looked like a good choice.

Cons: Intel tends to charge a premium price for their CPUs.

Overall Review: Performance of this CPU seems decent. I later found that the Intel Celeron G530 had the CPU features I wanted for my home server and is significantly less in price. For any future builds I probably would have chosen that CPU over this one due to the price. My home server doesn't have a lot of CPU workload on it. Mainly used for backups of PCs.

Cons: cannot be truly overclocked, I won't take an egg off for that because its my own fault, should have spent 25 extra dollars for the 2500k, oh well, the stock CPU fan is not enough, runs at 99 degrees using prime 95.

Overall Review: great processor, bad fan, if you don't feel like spending a little more its a great CPU.

Cons: um...i guess it's not quite able to raytrace my car designs in realtime yet

Overall Review: I always stayed away from Quad Core CPU's because I could not justify the extra power usage and it seemed overkill, but having just upgraded from an older Core2Duo this thing is so freaking fast. The 4 cores make a HUGE difference. I built this as a workstation for business and also to run VMWare Workstation for development work and it has just been fantastic. I am so pleased with this CPU. So happy to have purchased one before newegg dropped them!