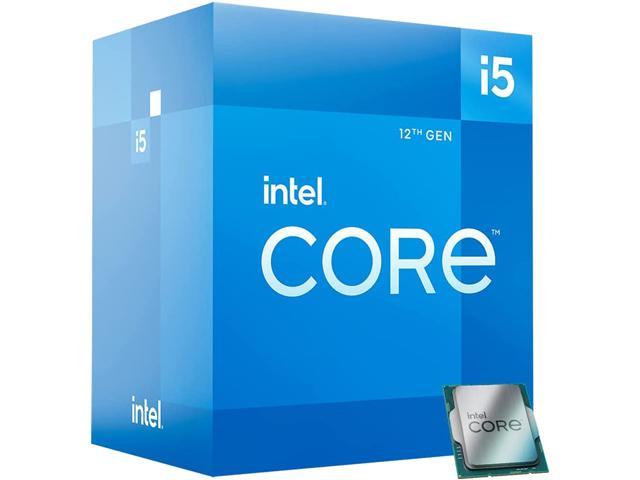 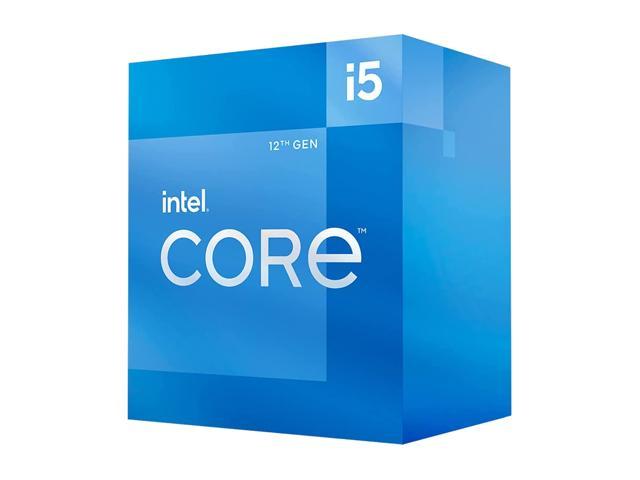 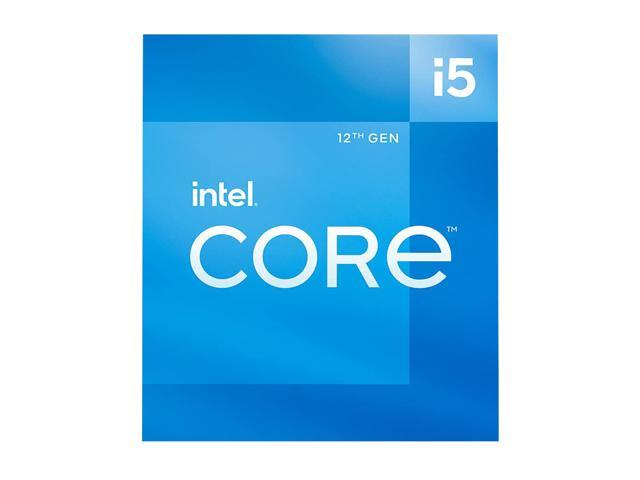 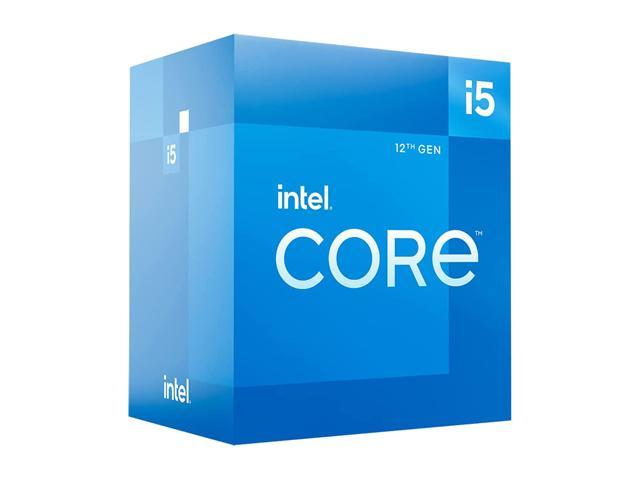 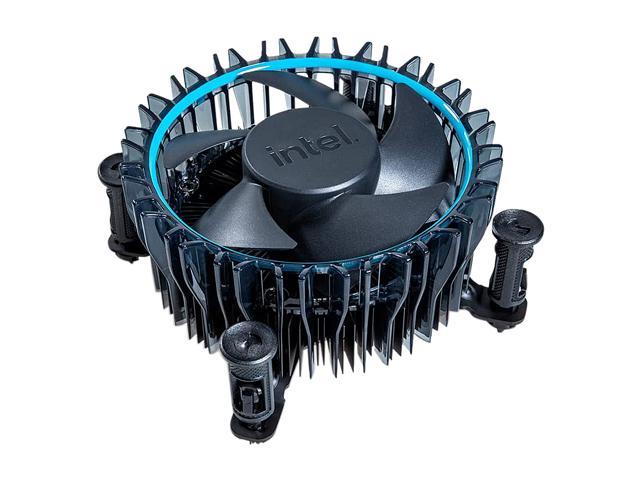 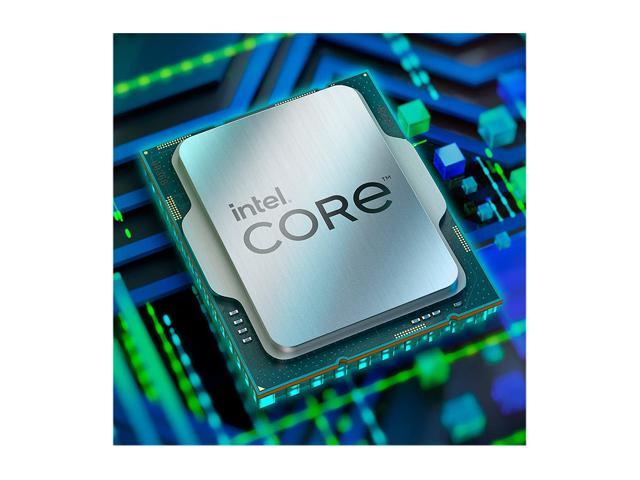 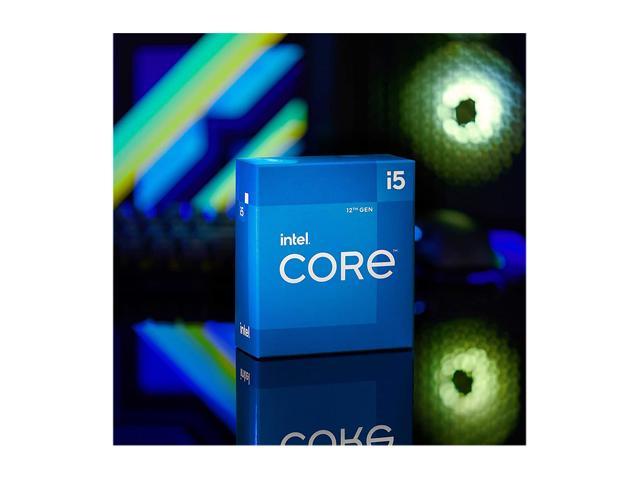 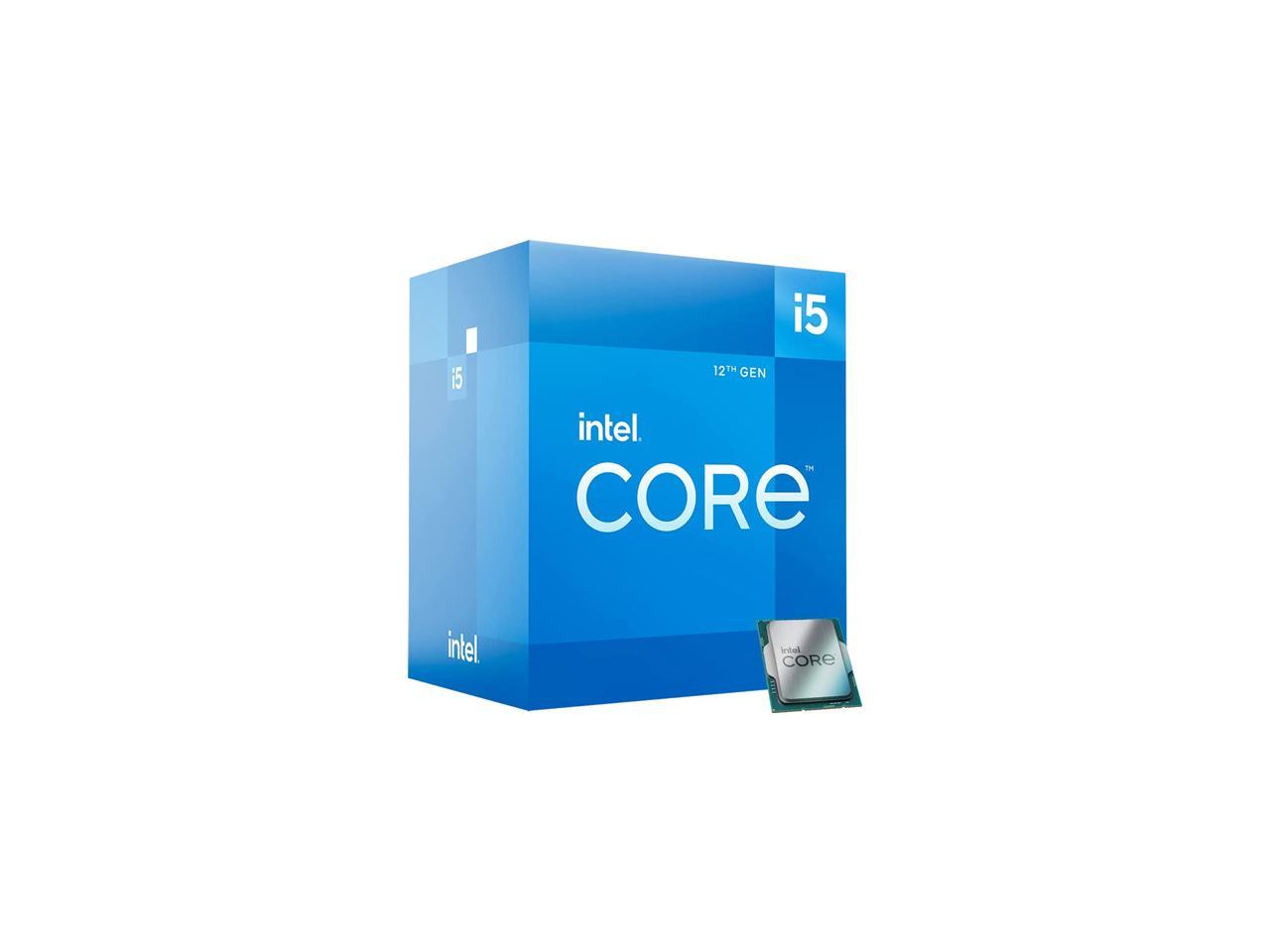 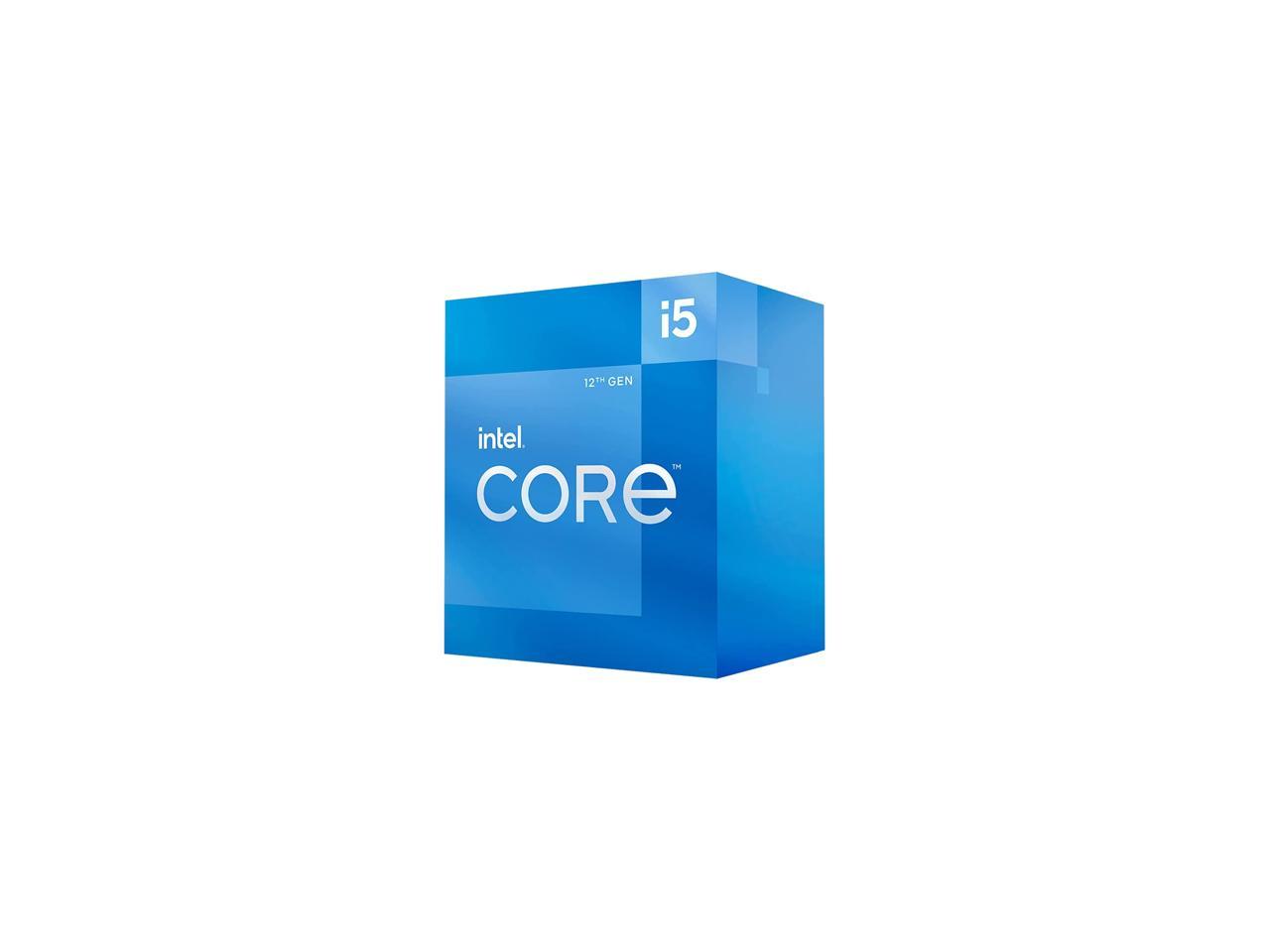 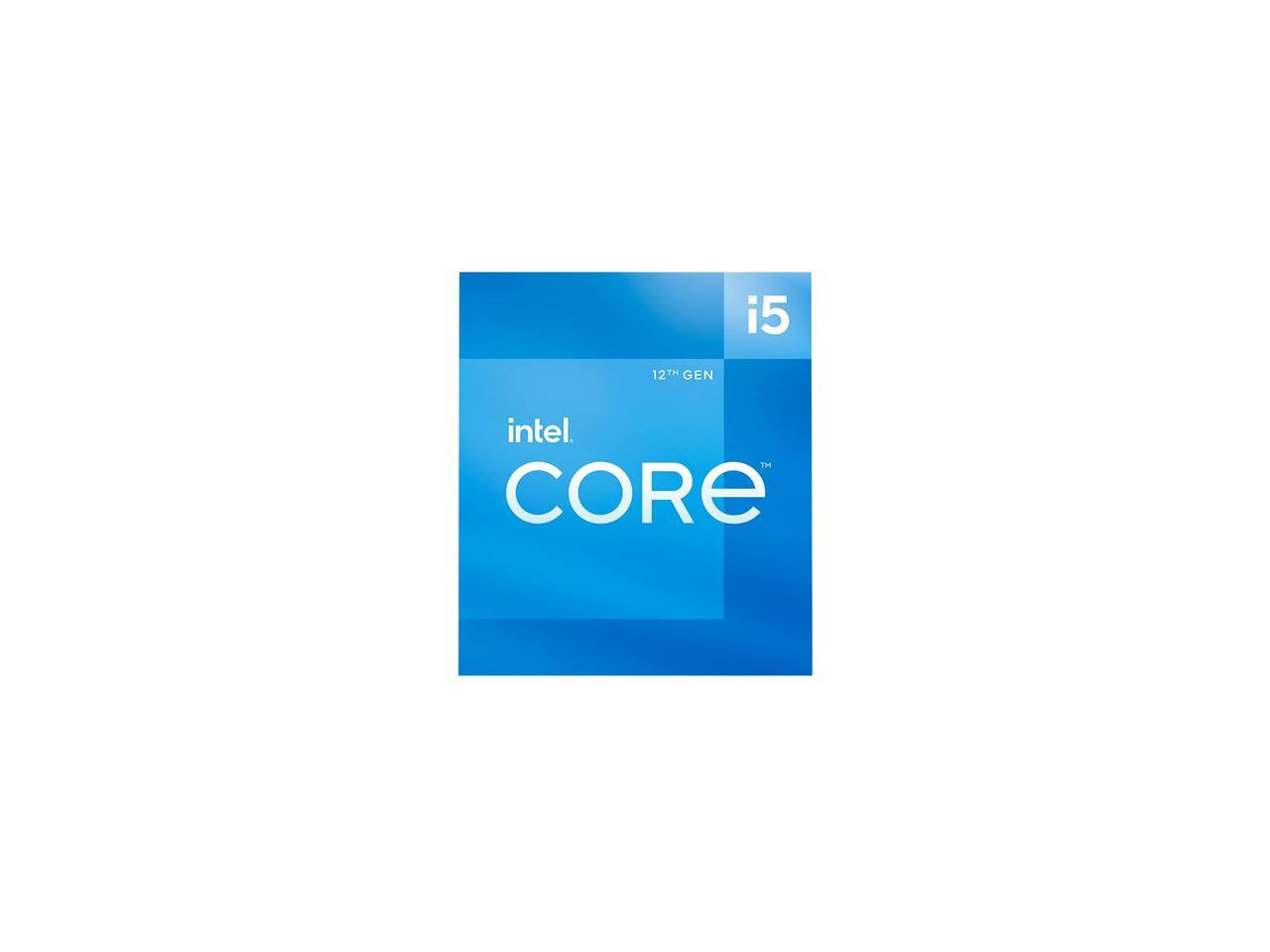 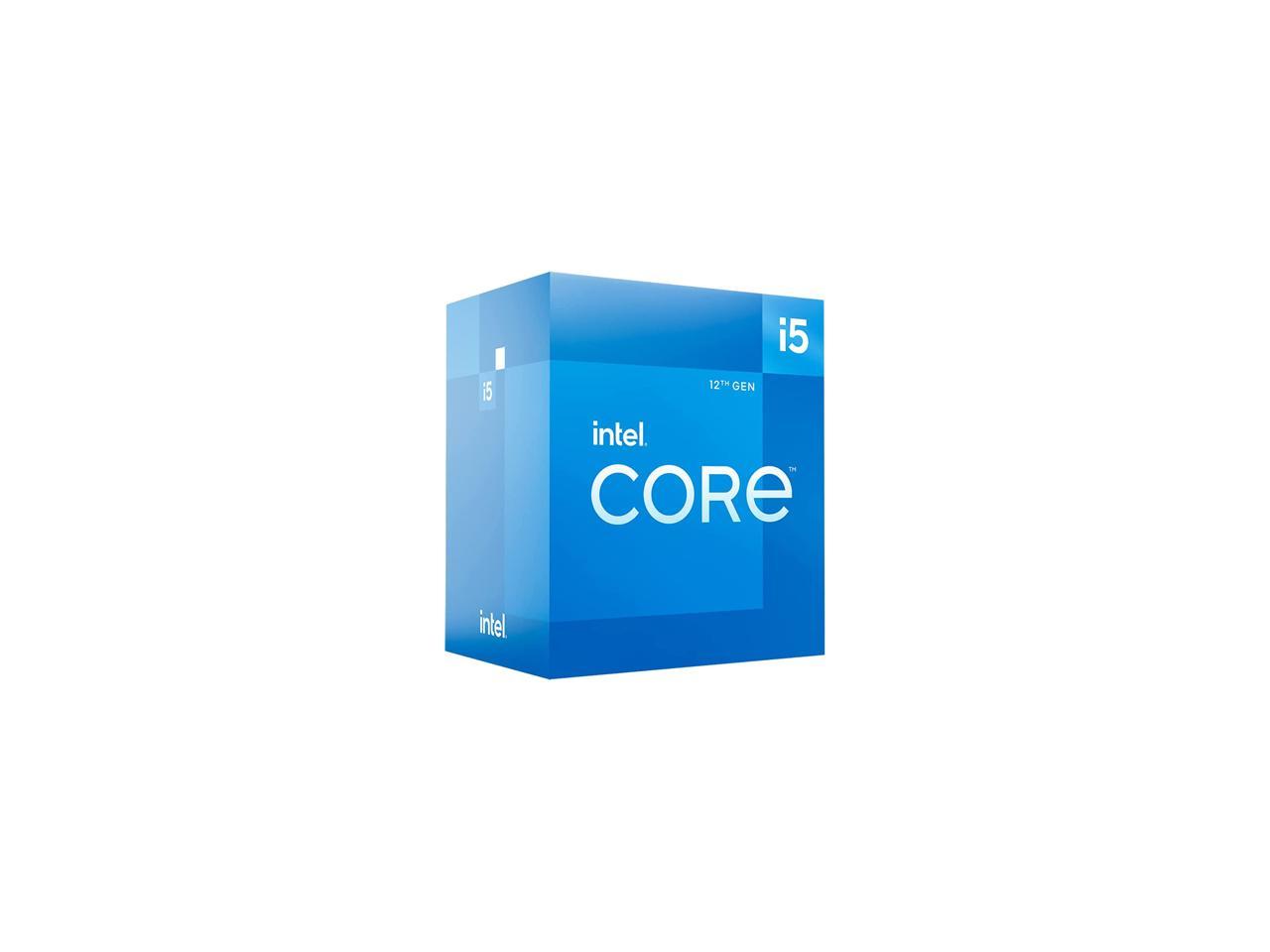 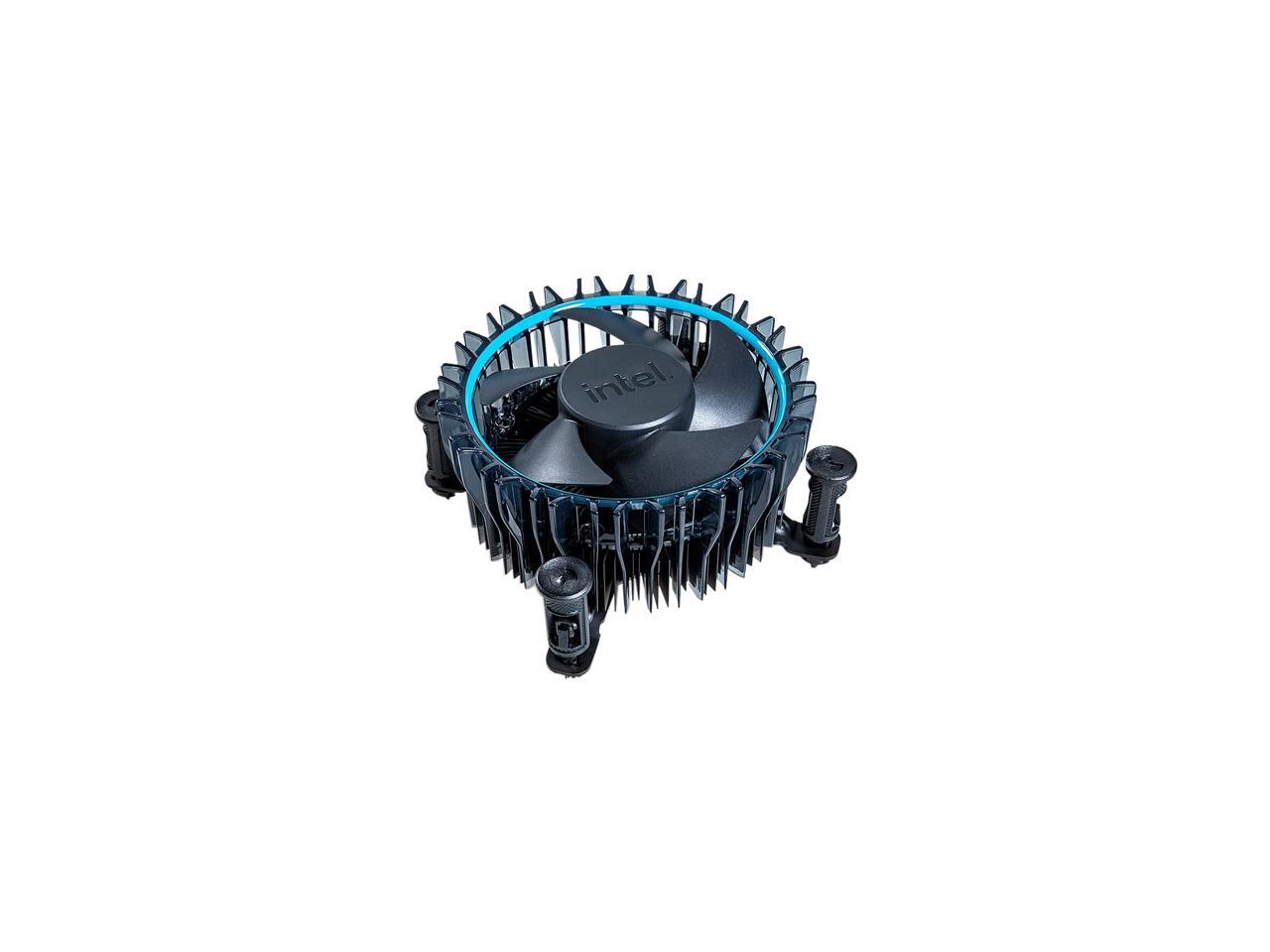 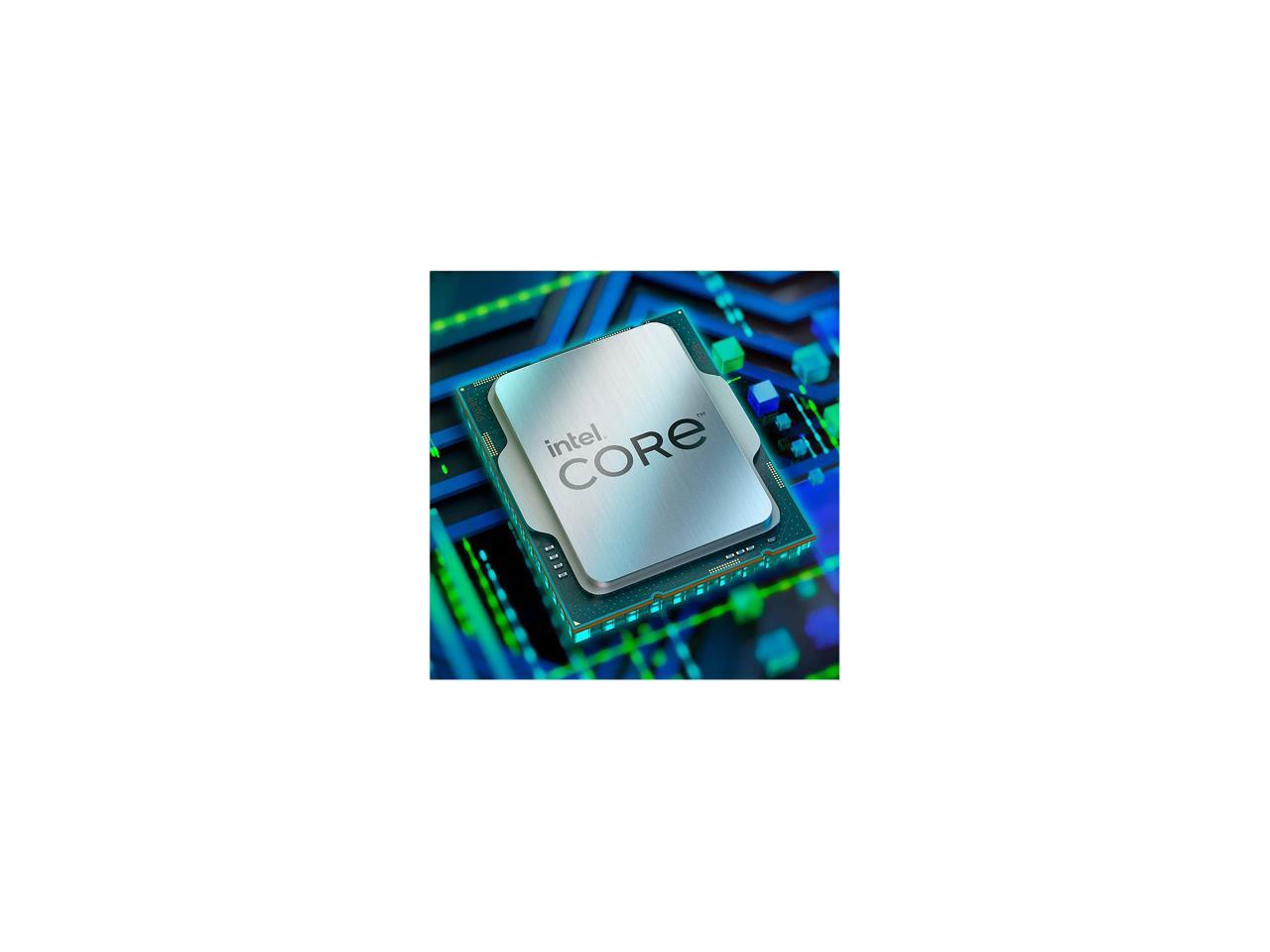 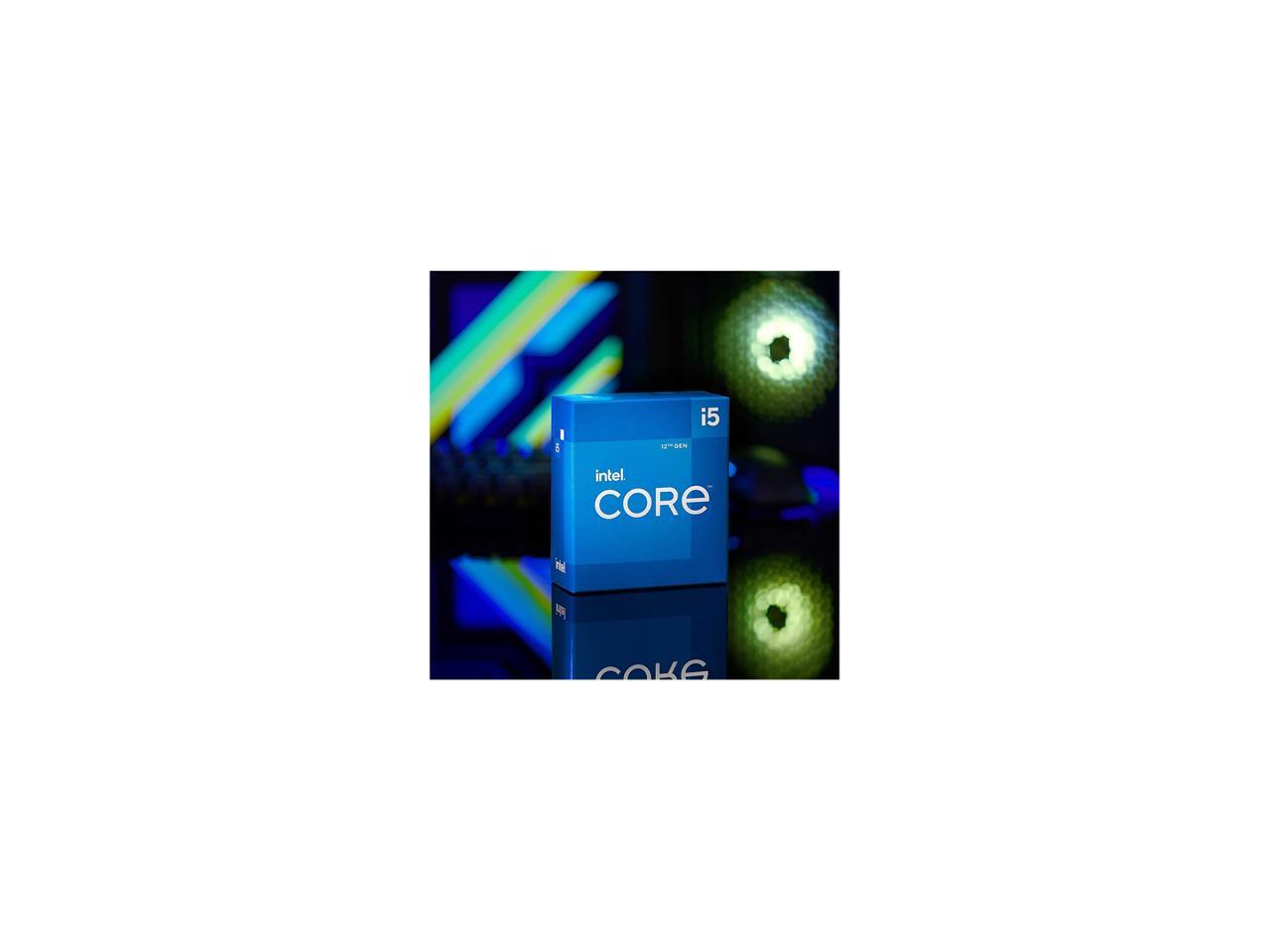 Featuring 6 cores (12 threads), 4.40 GHz Max Turbo frequency, and based on Intel's new micro architecture, the Core i5-12400 is a stellar gaming and multi-tasking processor with best-in-class price-performance ratio. It's also future-proof with PCIe 5.0 and DDR5 support, making it well ready for next gen graphics and memory.

With the highest clock speeds and a groundbreaking new architecture, you’ll be able to push your gameplay to new heights while secondary apps run seamlessly in the background.

Performance beyond the cores.

The new processor architecture is also compatible with the latest platform innovations, giving you performance improvements throughout your PC.

Overall Review: Intel really delivered on this CPU -- I was in need of a new PC and debated building with the AMD5600X or similar, but when I saw this one on the horizon I waited a few weeks and I'm very glad I did! I received a 2060 as a hand-me-down basically and wanted to build a decent PC around it, aside from video card the build cost was about $700. I use my pc as an everyday system for web browsing and some gaming, no interest in overclocking or trying to max out the newest games or anything like that but still I've been extremely impressed. For a $200 CPU and a $140 motherboard this is a really great system. Everything is fast and smooth, no complaints whatsoever! Benchmark tests showed my system as top of the charts, I should be able to use this PC for 6-8 years. I'm using the stock cooler, temps are around 30-35C idle, 40-50C under normal loads, and 65-70 while gaming. I just played Halo Infinite for about 20 minutes on 1080p with Ultra settings and never surpassed 70*C. My build: Corsair 4000D Gigabyte B660M DS3H Intel I5-12400 EVGA GeForce RTX 2060 OLOy 16GB (2x8GB) DDR4 3600 WD Black SN750 NVMe M.2 500GB Seasonic Focus PX-750

Overall Review: Coming from a i7-4790K@4.8GHz to this i5-12400 running with P1 and P2 at 4095 the difference is like night and day. Running same RTX 3060 in both it has really improved the overall performance of my computer. Very nice upgrade for not a lot of coin.

Cons: -Hard to see the triangle on the CPU

Overall Review: I got a i7 8750h processor back in 2019 for 360$. It worked pretty well and was pretty fast. But then i bought this for 180$ and got 60% better speed and reliability than my old one. Fan is extremely quiet I cant even hear it when running R6S or Fallout 4. Very good processor for the money I would 100% recommend to anyone on a strict budget or if you just want a good processor.

Cons: the heatsink is not set up high enough to clear the cpu socket. i could get one lock to click, but the opposite one wouldn't reach the motherboard (msi b660).

Overall Review: no problems as long as you know you're paying for just the CPU. was planning to use my old noctua anyway, but had to wait on an adaptor, which is the only reason i noticed this issue in the first place.

Cons: You might need to make sure you have the right bracket for your cooler, though the stock cooler will be fine with this CPU.

Overall Review: Im a little upset. I have an i9 11900K and I got this for my wife for a midrange build and its BARELY SLOWER THAN MY TOP OF THE LINE CPU. The performance difference between 11th and 12th gen is actually pretty ridiculous. Its almost a complete waste of money at this point to buy anything other than 12th gen. If youre thinking about getting this and worried it wont be strong enough for whatever games youre playing, dont worry. It packs a decent punch and will play any modern title when paired with a decent graphics card.

Pros: - fast - wallet friendly - stock cooler can get the close to the max out of this thing (very loud tho, hot too)

Cons: - non so far. Genuinely impressed. - if i had to choose, the stock cooler is not great. same performance as previous coolers just looks better. AMD's stock cooler is better but can not compete with this in price

Overall Review: - would recommend it over 5600x for the current price difference. If you have the extra cash, get a better tower cooler. Stock is not the best.

Pros: Runs Cool runs quiet uses little energy. a great upgrade from my 4790k. Does not break a sweat paired with my RTX 2070 on any of my games. I did not realize how long in the tooth my 4790k was getting until I installed the i512400.

Overall Review: For the money this is an absolutely fantastic CPU The box cooler even works great.

Pros: Worked well as advertised didn't really have an issue this is my first Intel Bill on so I'm a little new to the way that the sockets work as far as the installation process goes feels a little tough installing it but as long as you make sure that the socket seated properly you're okay worked really well clock speeds are great I would definitely recommend in game performance as great as well

Cons: Definitely not a fan of the cooler this is my first build that I did not buy an aftermarket cooler because I was hoping that intels new updated cooler was sufficient enough to properly cool it and it is but it is so sketchy installing this cooler I feel like I was breaking the motherboard and I was so worried that I damaged it that's just too plastic tabs that you have to click in and just gives me the heebie-jeebies if I could do it again I'd probably just make sure I buy an aftermarket air cooler or water cooler just so I can avoid possibly damaging my motherboard installing this CPU cooler

Overall Review: Great product I would definitely buy it again as long as Intel can stay ahead of the curve over AMD I'm very happy I know until base was always preferred at multitasking and they had a great compound on gaming as well but since ryzen came out they've just kind of seemed behind the curve but it seems like they're actually doing something competitive at least until zen five comes out either way the competition made this processor pretty affordable and competitive which I'm very happy about because it kept my bill budget down and I was capable of building a PC that I wouldn't have been able to a year ago so thanks and Intel