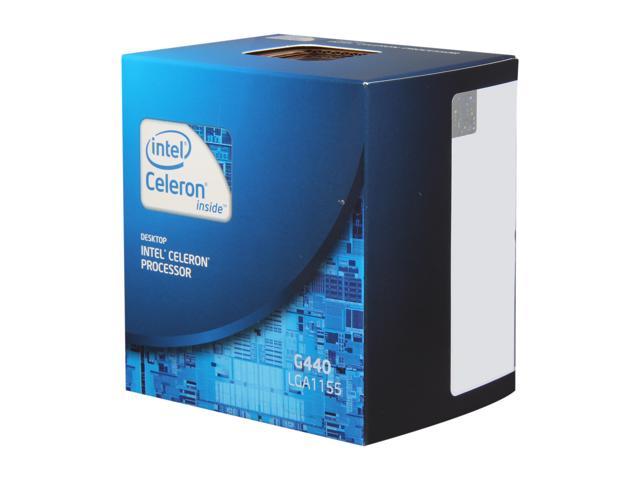 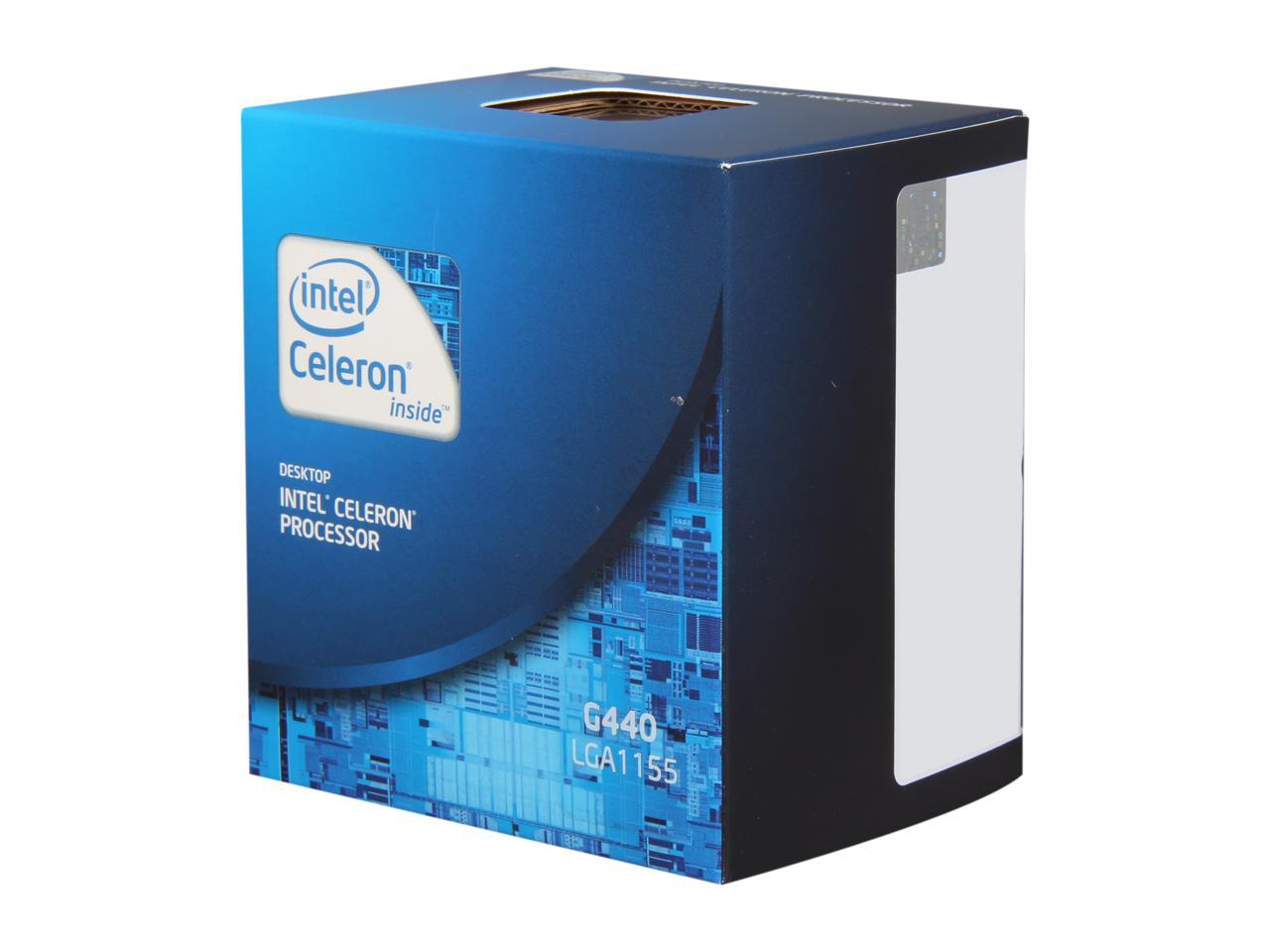 Learn more about the Celeron G440

Pros: Consumes next to nothing in terms of power, maxing out at 15 watts. Destroys Dual Core Atom processors and anything on the smartphone market right now. Integrated video can play 1080p youtube and Blu-ray. (With at least 3gb of RAM, that is.) Excellent for installing older Os'es that don't recognize dual-cores. (For whatever reason.) -As an example, Windows 98 (Becuase some people love it.) This processor performs beyond any of the old Celeron Ds and Pentium 4s in terms of performance, and some of the Pentium D's, and even then, the power consumption makes this a great PC for putting that old XP install on, or Win95/98/ME (Why you'd want to use Windows ME is anybody's guess. ) for nostalgia value. -Splendid as a low power server/hardware firewall -Will not burn out any PSU on the market due to insanely low power consumption. (Unless the PSU came DOA, that is.) Also excellent for Dosbox/virtual machines (Though I recommend the real deal.) and older emulators.

Cons: -Subpar performance by modern standards. -The Celeron G530 costs $10 more and is much faster, due to having two cores and not having a crippled cache - No hyperthreading. -No EIST, so it won't use less power in idle -Is outperformed by AMD's sempron as well. -Integrated video is only capable of 1080p videos and not much else. -Somewhat overpriced for the performance it gives (Considering the price of the G530.) -Becomes the bottleneck in games incredibly easily, even with a middle end GPU. -Single threaded performance is even lower than Athlon 2. -Has trouble with less amounts of RAM in newer Operating systems -Clock locked. - Has very little cache compared to the Celeron G530. -Performs very poorly in Video Editing. (But you wouldn't buy it for this.) -Performs poorly in high-end emulators (NullDC, Doplhin, PCSX2, etc.) Many games nowadays REQUIRE Dual-cores to run, which adds even more hassle, so if you want to game, get the Celeron G530.

Overall Review: If you want to relive the past, or just need a low-power server/firewall, get this baby. If you want an office PC, a low-end Gaming PC, or a HTPC, get the Celeron G530 or better. The higher Caches and better performance will be more than worth the $10. If you just want to play pretend and live the good ole days without buying a brand new Pentium 4, this is the next best thing. This thing plays older PC games such as Starcraft and Half-life very well even on the integrated graphics. It is also a great platform for indie games, but I'd recommend a nettop or a netbook/Ultrabook for those. Some operating system's have trouble with Dual-cores even IF you disable one of them. This one only has one core and circumvents that problem. So, as the title says, I'd only recommend this if you are: -A collector -An old OS enthusiast -Need a low power server/firewall -Need a development platform for older PC's or -You just love single cores. Otherwise, steer towards

Pros: Very quiet cpu fan, very low actual measured TDP, in the range of less than 14 watts. DirectX10 graphics under W7. W7 performance measure comparable to a 2700MUD atom or an E350 AMD, but gives twice the speed, a score of 2000 under Linuxes, with the peacekeeper benchmark.

Cons: Gosh golly, no speedstep, meaning it stays at one frequency. No "governor=conservative" kernel command lines in Linux, they don't work. If you want speedstep, you need to go to a 65-watt package. Which is ironic.

Overall Review: On the newer 1155 desktop boards, the latest bios has a "performance" section that lets you overclock the device. Not recommended, wait for the 23 nanometer celerons that will replace this one on the same board. Under any Linux with a libtheora, it runs ALL of the peacekeeper benchmark tests, especially with a google-chrome browser, yielding a peacekeeper score of around 2000, compared with atom boards with 800 to 1000 scores. I am using a 60-watt power brick connected to a DC2DC converter to run this toy.

Pros: I've purchased two (2) of these processors so far from the Egg so I have experience with these CPUs for their intended purpose - a low-power desktop and an entry-level file server. They do their job well and with little electrical usage.

Cons: Not even for everyday desktops; keep in mind these are low-power CPUs.

Overall Review: I'm not sure what defines a spam review when 1) I buy these CPUs and 2) use/sell these CPUs (as I do everything else I review, often in bulk). When you see a review from Dominance, you're getting real-world feedback. I'd say that's what everyone is looking for.

Cons: CHEAP so cheap it lags browsing mozilla and

Overall Review: I used this as a test cpu to test mobo, thats all it should ever be used for

Cons: The i7 is overpriced

Overall Review: Buy this if you are a hardcore gamer or video editor

Pros: Awesome that every new 1155 cpu has a spam review from Dominance.

Cons: Awesome that every new 1155 cpu has a spam review from Dominance.