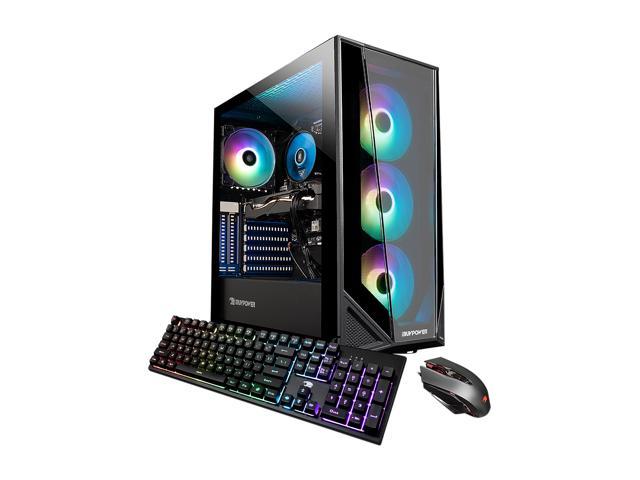 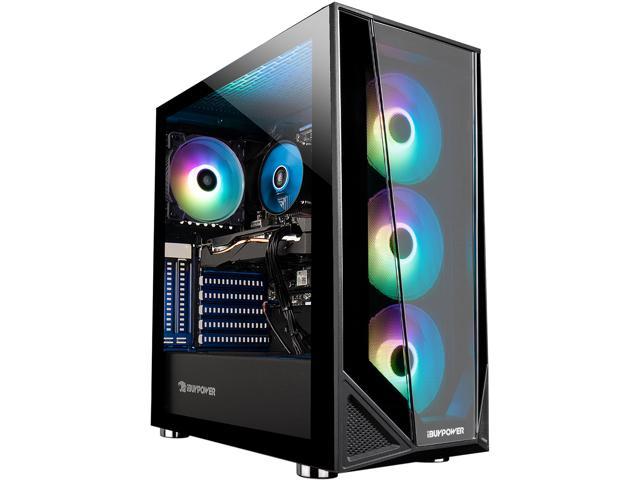 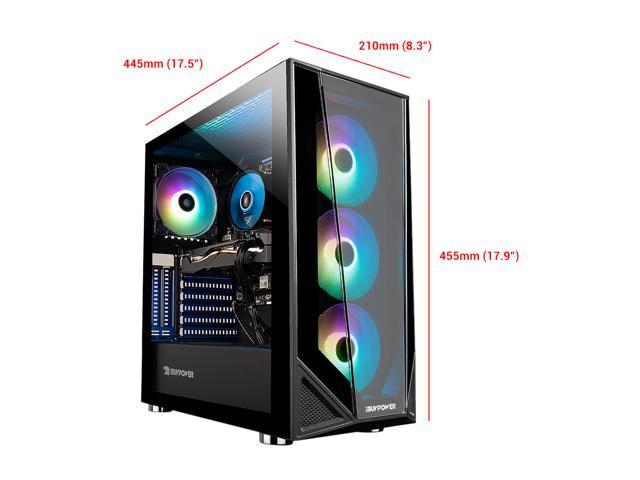 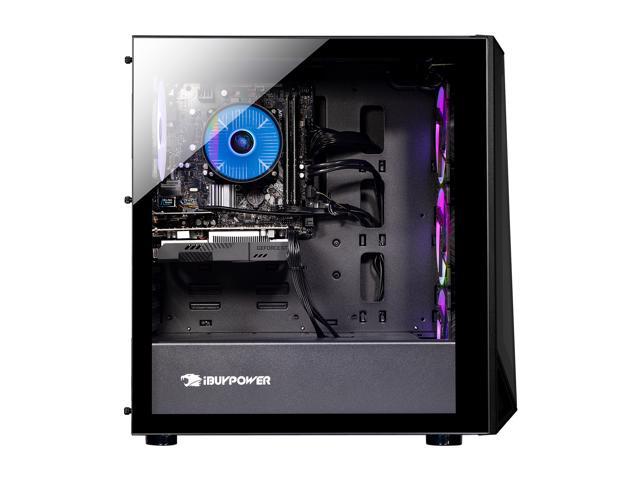 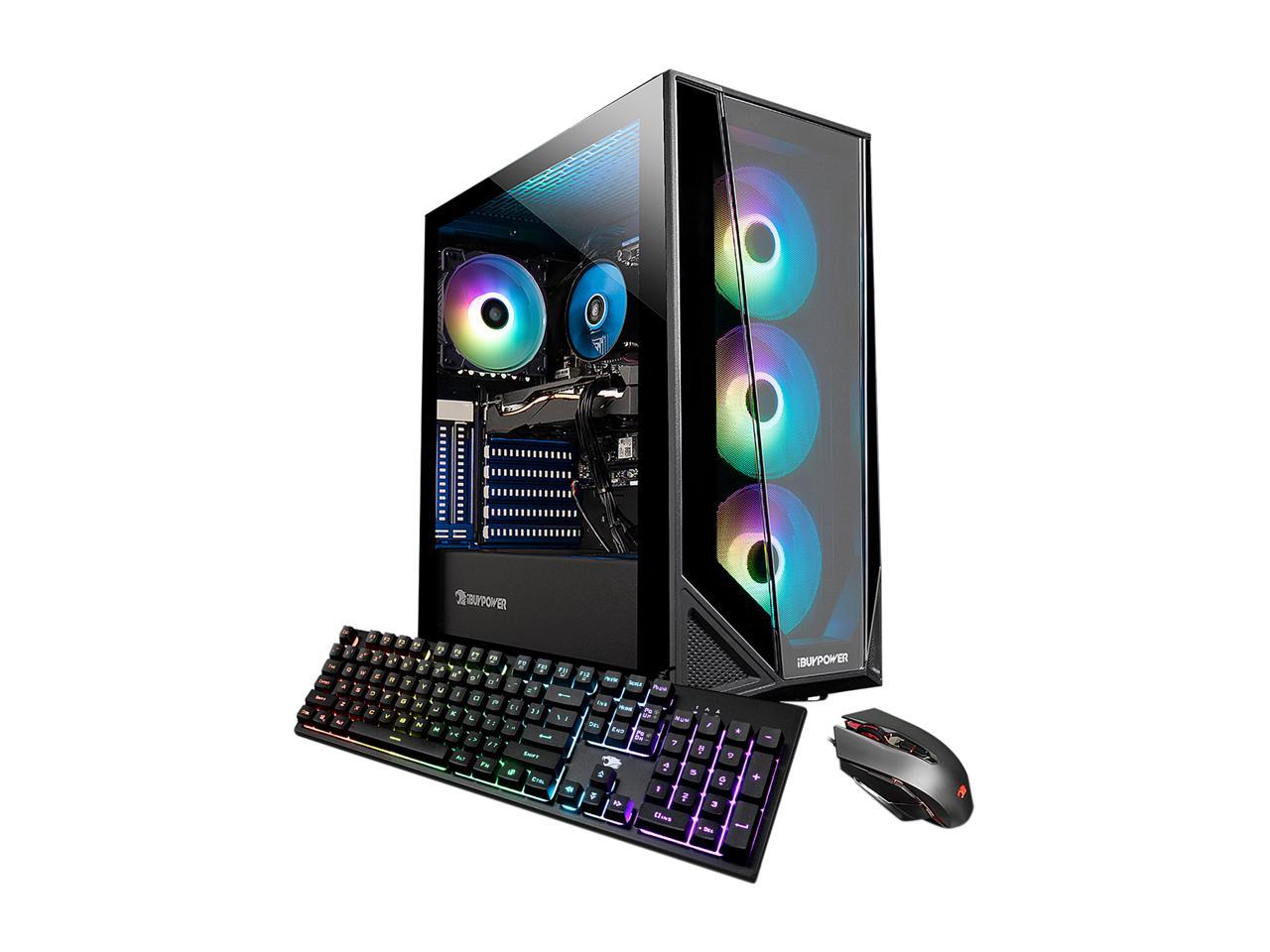 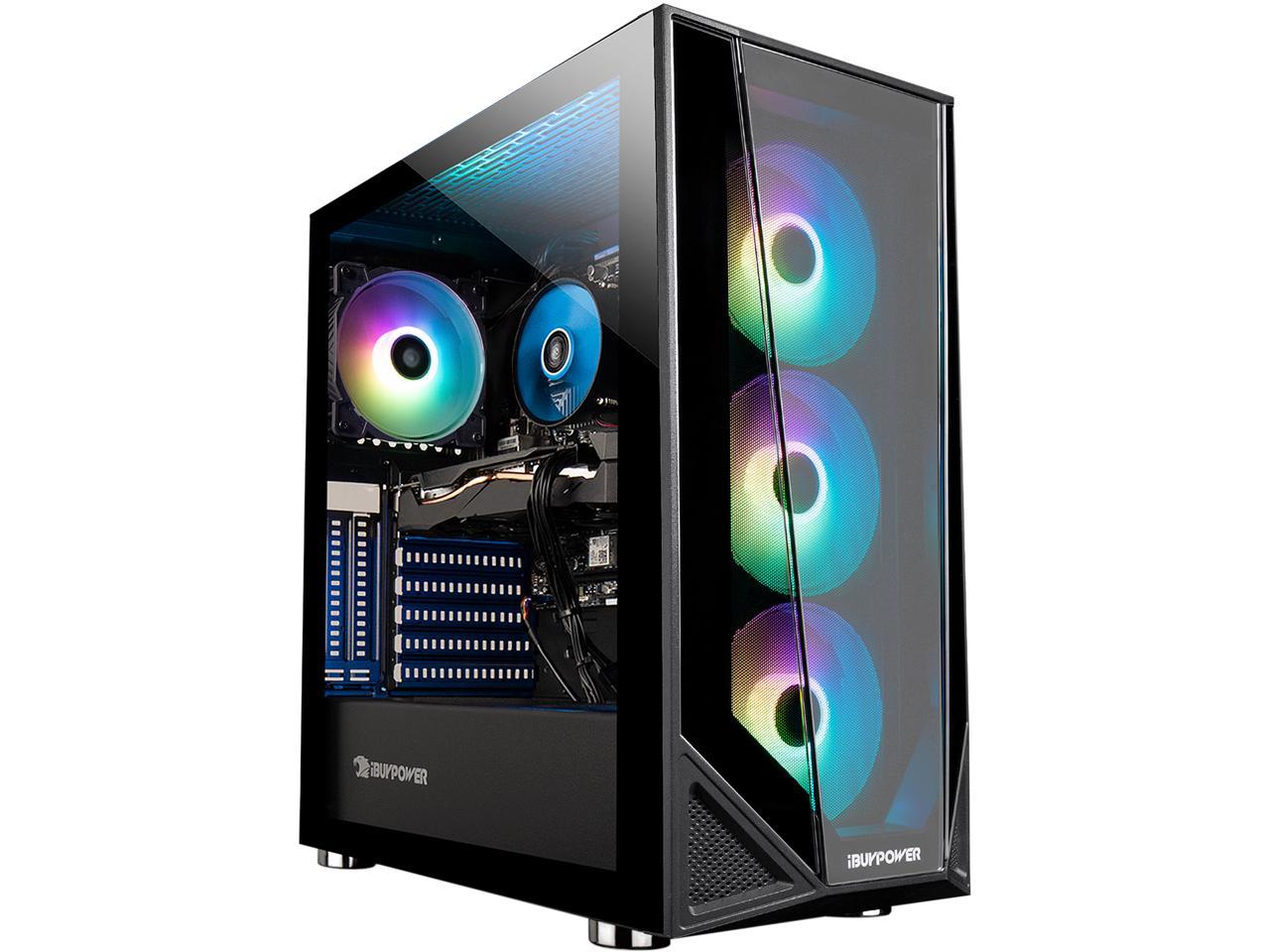 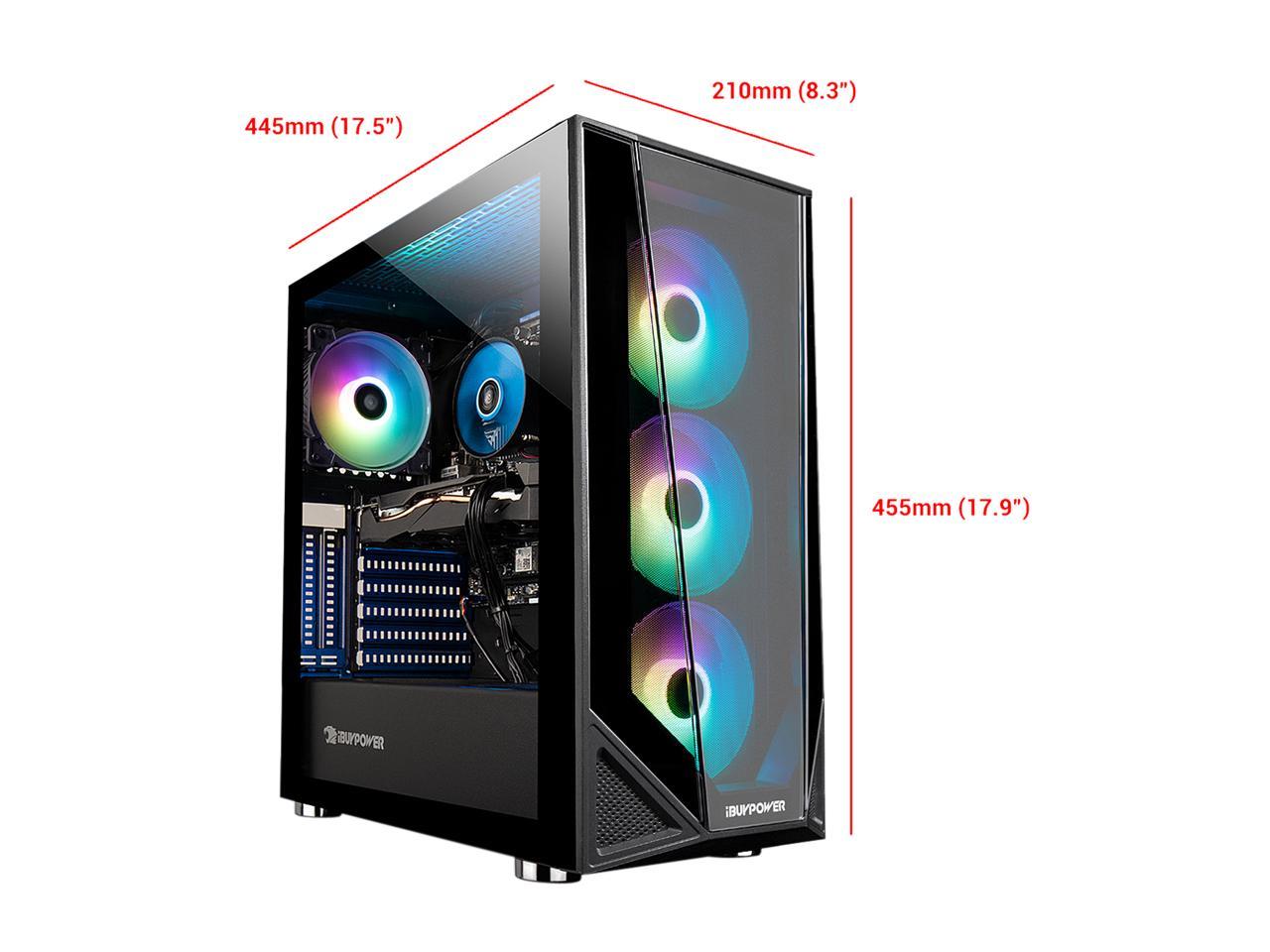 Annihilate your competition with this iBUYPOWER gaming desktop. This PC is built to deliver rapid performance during fast-paced action via NVIDIA GeForce RTX 2060 graphics and an AMD Ryzen 7 3700X processor, while the tempered glass side panel makes for incredibly easy access to the GPU, CPU, RAMs and parts.

Everyone deserves a powerful processor. Uncompromising features and smooth performance are finally the standard for every gamer- and artist-oriented system. Powered by the amazing Zen 2 architecture and manufactured using 7nm process technology, the Ryzen 7 3700X has eight cores and 16 threads, offering exceptional parallel computing power to handle demanding tasks and multitasking. PCIe 4.0 allows you to take full advantage of the new-generation SSDs and next-generation graphics cards.

The GeForce RTX 2060 is powered by the NVIDIA Turing architecture, bringing incredible performance and the power of real-time ray tracing and AI to the latest games and to every gamer. RTX. It’s On. Artificial intelligence is driving the greatest technology advancement in history, and Turing is bringing it to computer graphics. Armed with Tensor Cores that deliver AI computing horsepower, Turing GPUs can run powerful AI algorithms in real time to create crisp, clear, lifelike images and special effects that were never before possible. The massive 1 TB HDD is the perfect place for your library of movies, music, photos, documents and more. Learn more about the iBUYPOWER Trace4MR179A

Cons: Ever since I bought this PC I have had nothing but issues. Spike lags, mouse not wanting to click all the time. Issues always occuring, downloaded some of the AMD chipset keys and the nvidia experience and my whole pc is having issues. And i've only had this pc for less than a month and I have restored it twice now. Really upset and frustrated as you can tell. Spent $1700 on this after taxes too.

Overall Review: Spend some more money and buy something else, i'm on the urge of returning this if I can solve the problems above soon

Pros: I love how easily it is to get everything setup, the RGB looks very nice. Even to Alaska the shipping still only took 2 days!

Cons: I wish it did startup with a RGB controller installed but not a major problem.

Overall Review: Very simple to set up. I've used the PC for games like ARK: Survival Evolved and Valorant and have yet to have any problems. I would recommend this PC. It's a good deal for the price range.

Pros: Pros: Runs all games at max settings with over 60fps Is much better than my previous DDR3 gtx 960, 8gb ram, amd fx 4300 Cool as hell Came as advertised in 2 days, instead of whatever the time frame was

Cons: Cons: Needs a bigger SSD Occasionally says it can't support one of the usb's plugged into it BUT that could be whatever it is I have plugged in. Probably my led mouse pad tbh

Overall Review: I do recommend this pc to anyone who doesn't want to build their own. Its strong, cool af, and not too expensive. I would add a photo of mine but I'm at work currently.

Pros: Beautiful just received it. I don't have a PC monitor. Just a tv and I feel like a caveman trying to figure out how to do it.

Overall Review: Yes for the price is good. I love the case.

Cons: mouse it very plastically keyboard is a membrane ( it felt very bad)

Overall Review: very nice computer amazing if this is your first computer

Overall Review: Obviously the best you can get right now for its price (due to shortage). Only issue was being able to slot in another SSD, it was very hard to find space to slot it in because of the wiring from the PSU to the current HDD and SSD already installed (you would need undock the main SSD and move it elsewhere for there to be space kind of). Other than that cable management is pretty good for customization.