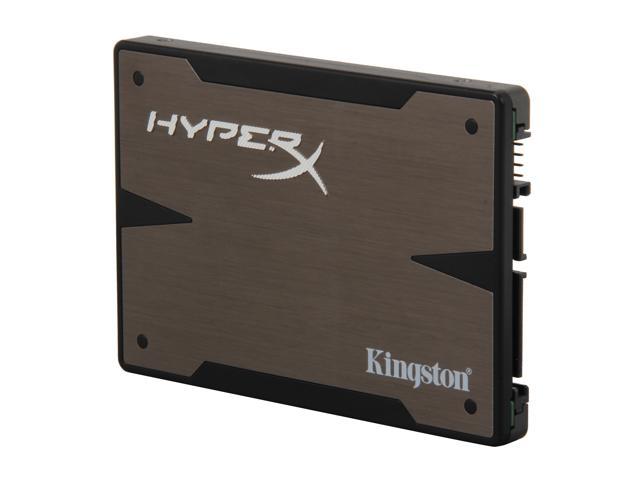 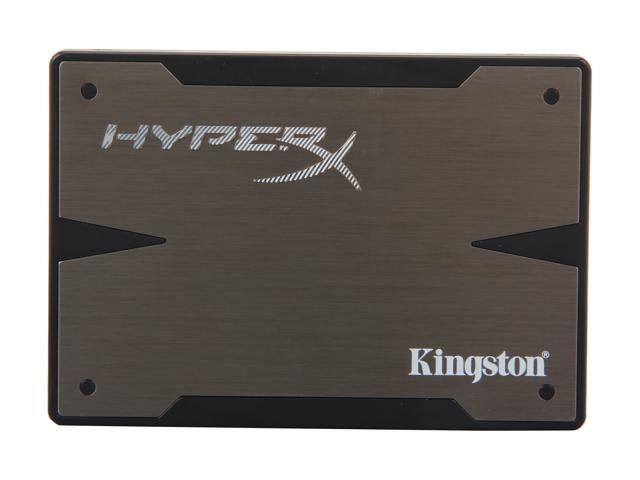 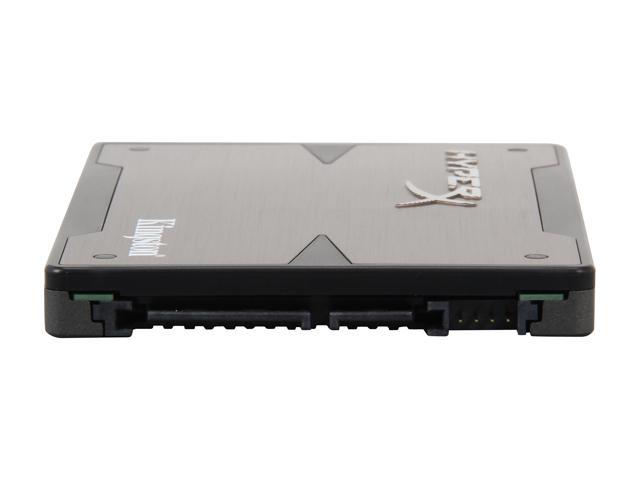 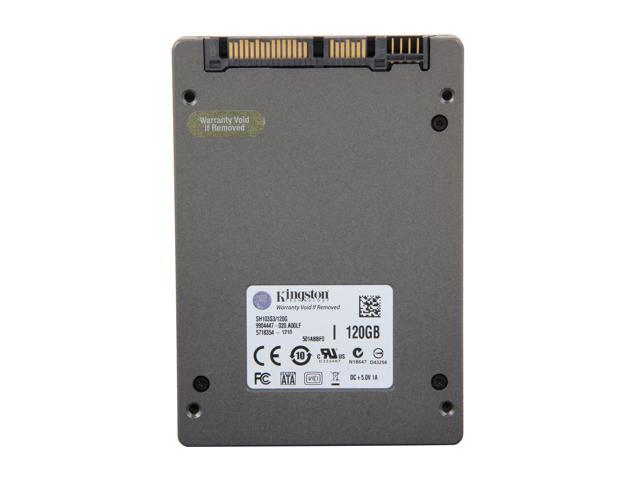 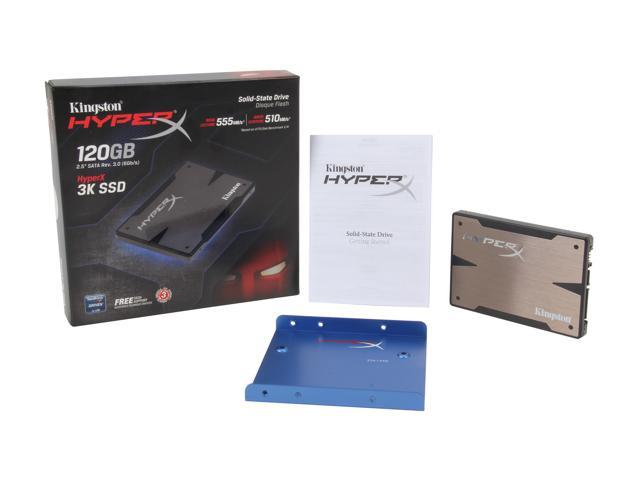 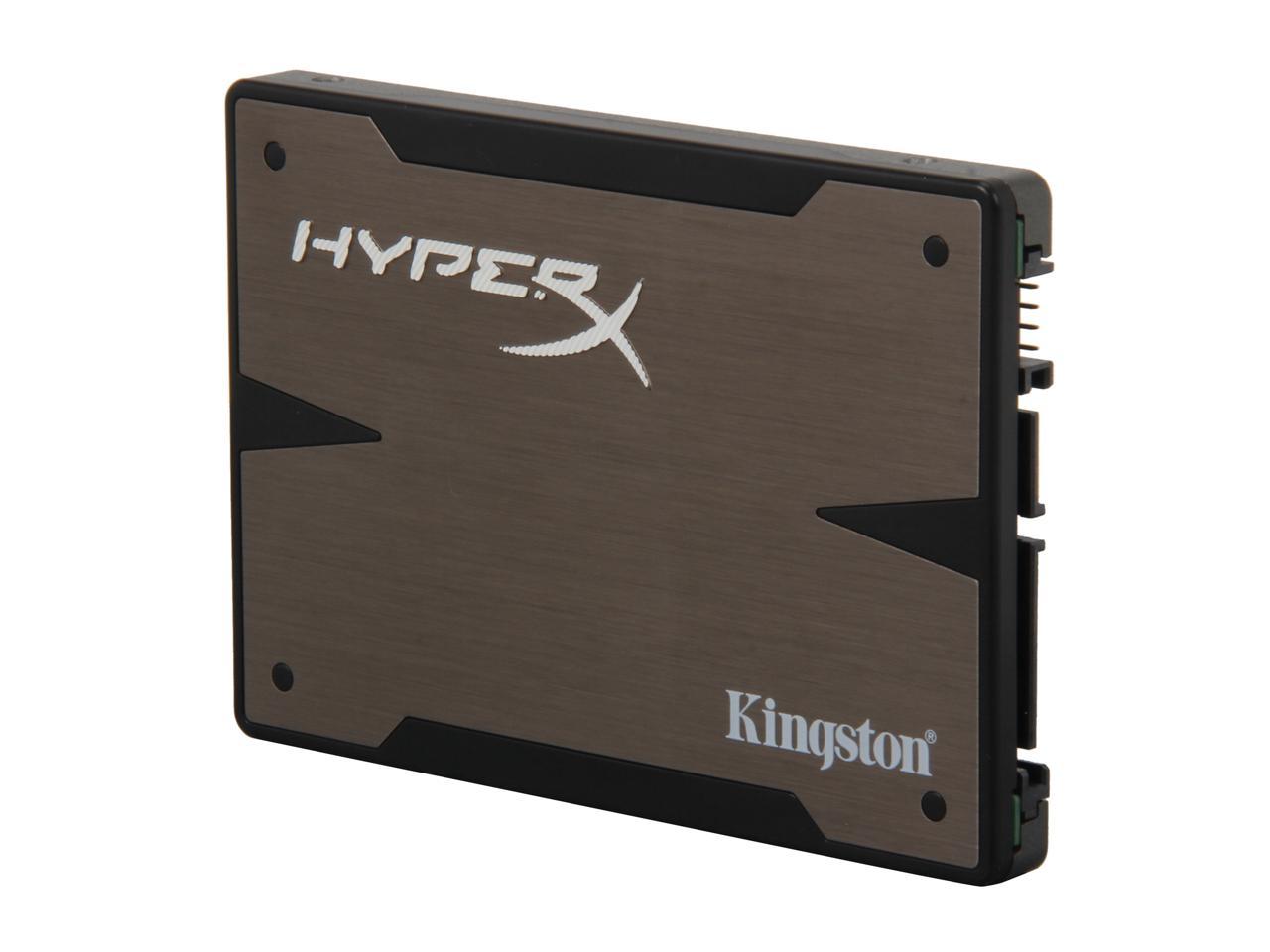 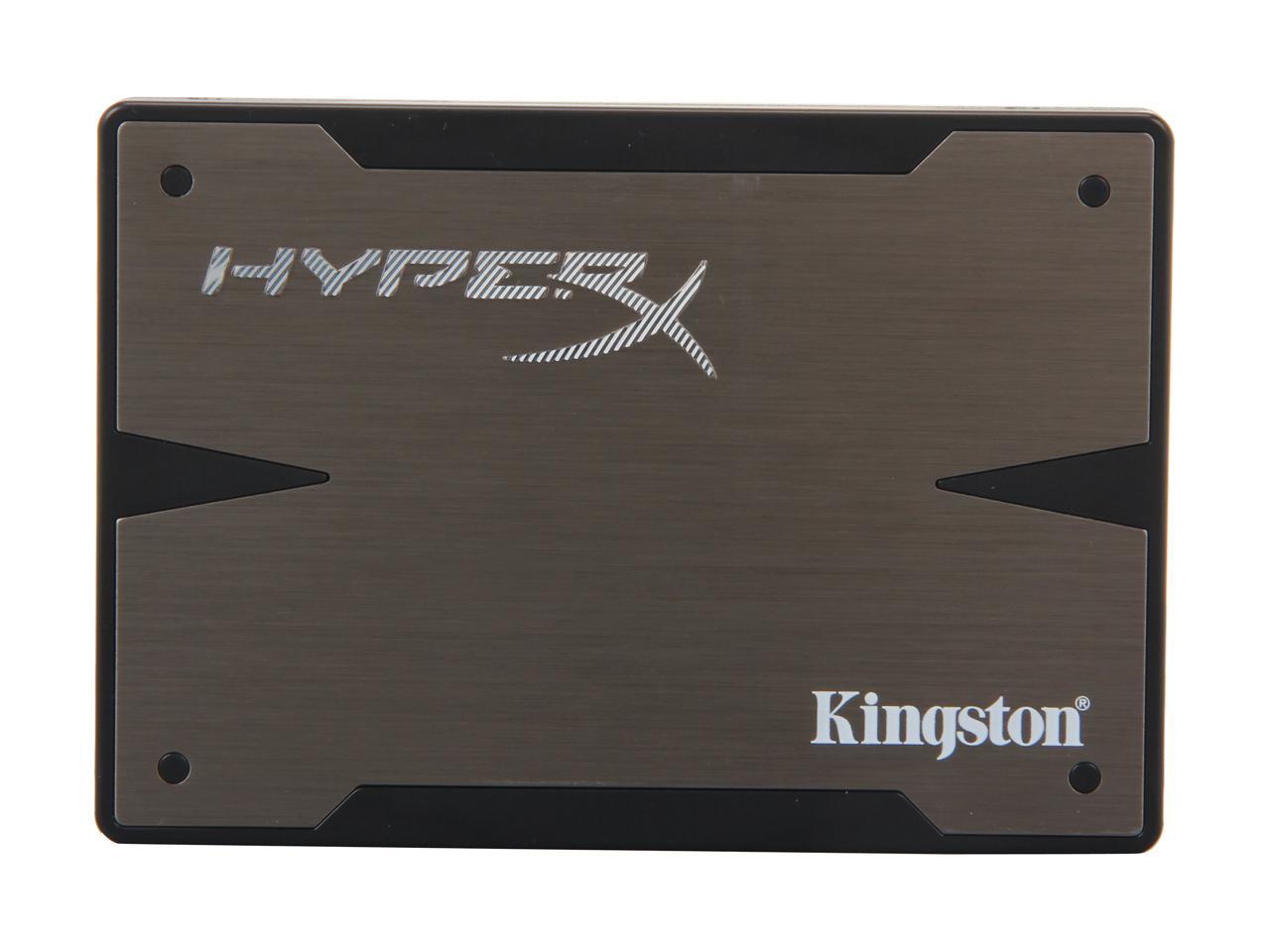 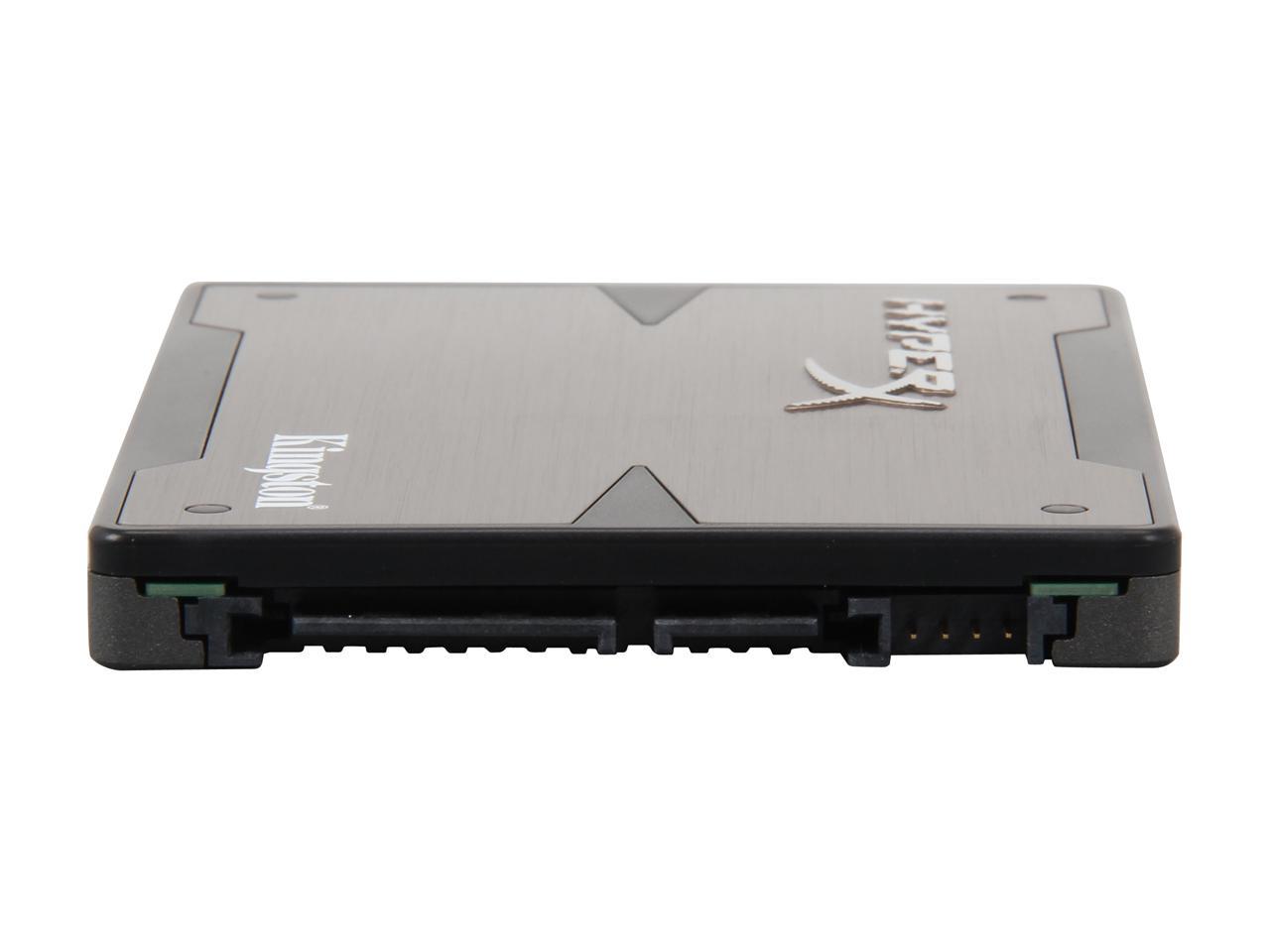 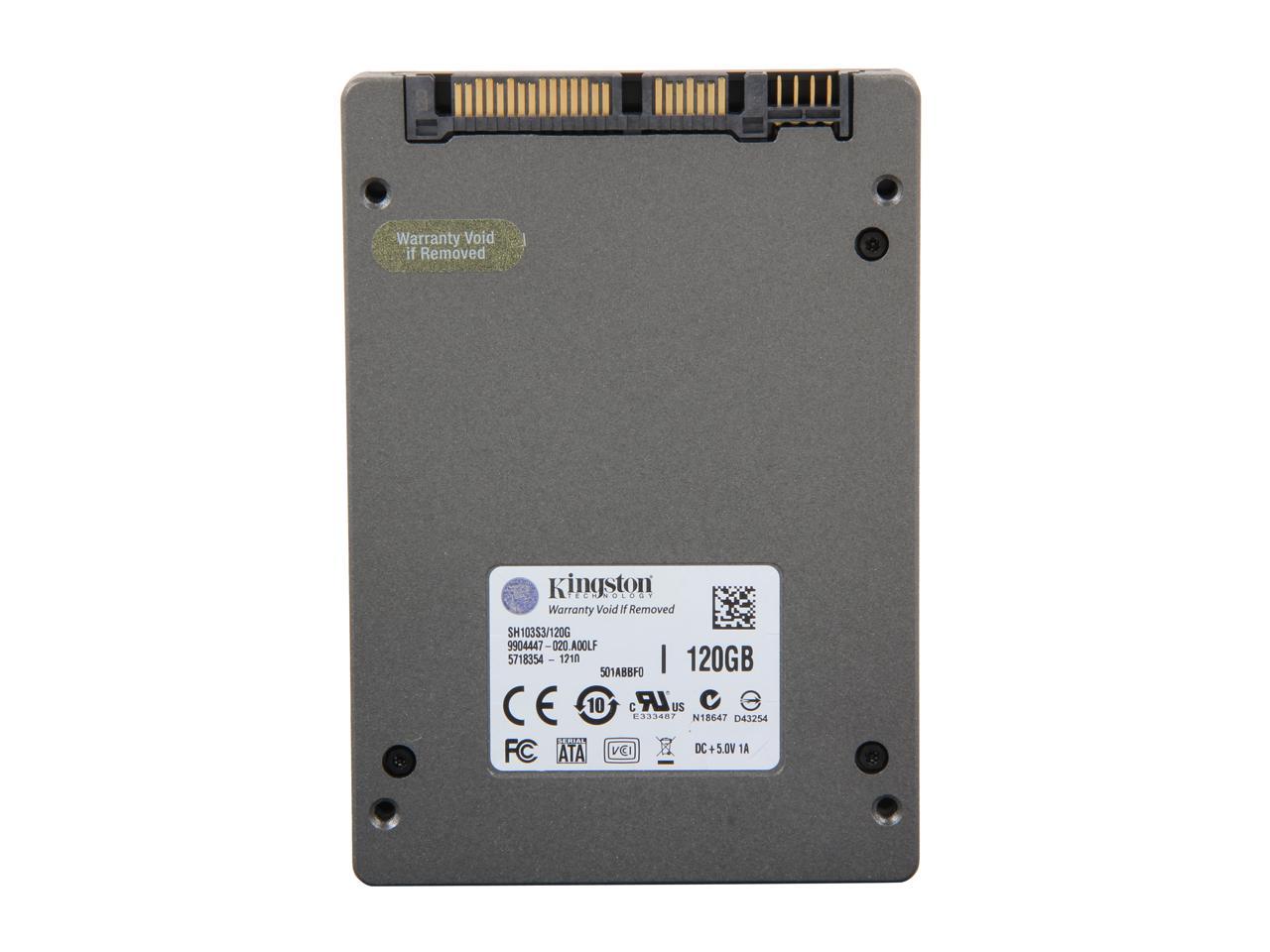 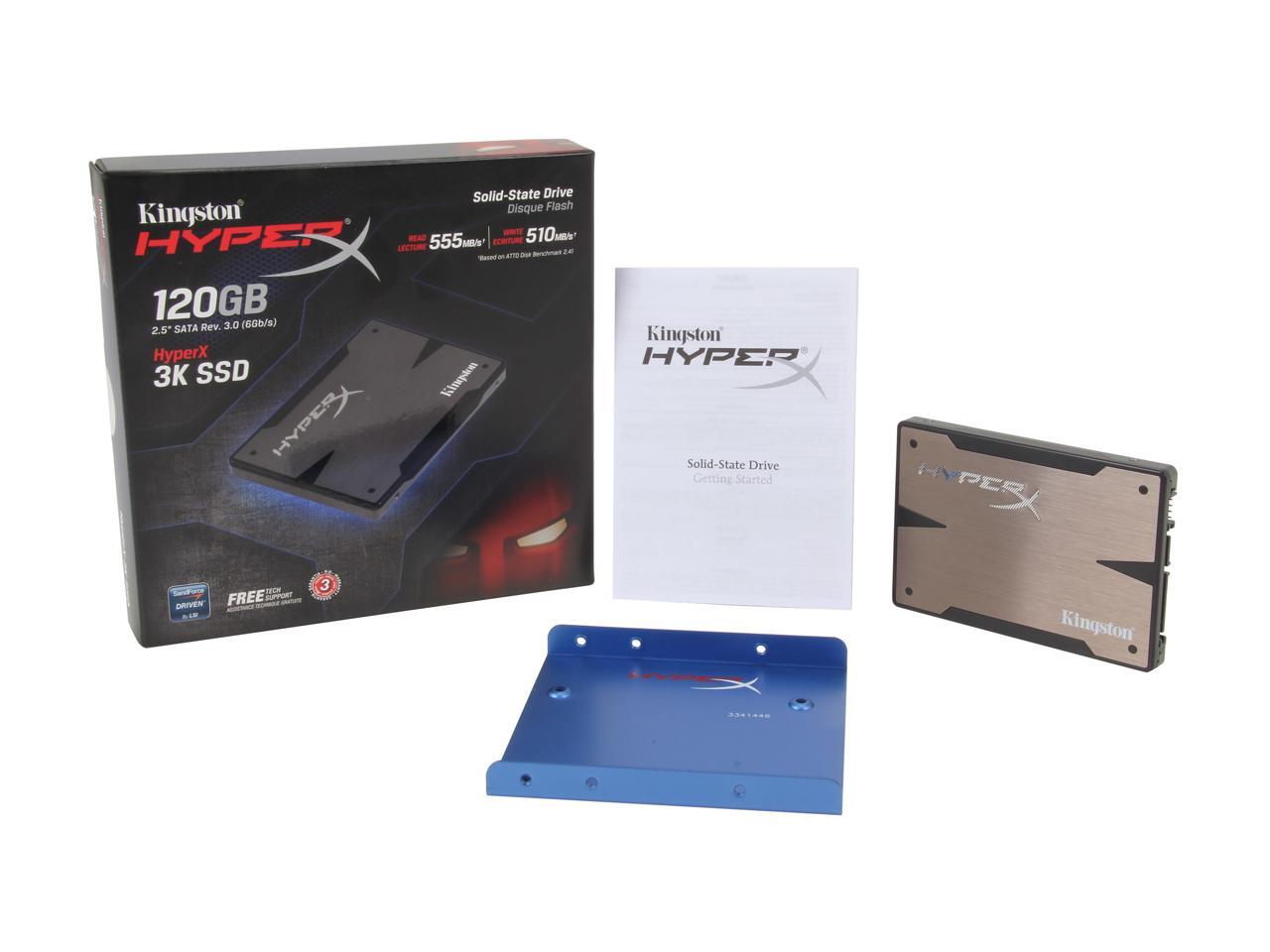 (894) Write a Review
OUT OF STOCK.
Fees for brokerage and duty included in price.
Overview
Specs
Reviews

Cons: The Seq. Write numbers on this drive are much lower than you would expect for such a fast drive that uses Toggle NAND. This is a well-documented limitation of SandForce SF-2281 drives and imcompressible data, so if you need a lot of write throughput (ie. raw video capture of extremely high resolution images or 3D content) these drives may not be the best for you.

Overall Review: These are probably some of my favorite SSDs ever. They were a great price for high quality, excellent SATA3(6G) SSDs. They were also easy to source from multiple locations for similar price, unlike some of these SSDs seem to go on sale and vanish forever. The widespread availability of these drives and seemingly endless supply has allowed me to accumulate 3 and build this awesome RAID0 array. Very happy with these HyperX drives from Kingston!

2 out of 2 people found this review helpful. Did you?
Kevin W.
Ownership: more than 1 year

Pros: I bought 2 of these back in 2012 during the black friday sale. I've been running them in raid 0 on several builds and they are still running as strong as when I bought them. Just a follow up review for my previous review dated 12/11/14

Overall Review: thinking about grabbing 2 more for a 4 ssd raid 0 seeing as the price has dropped even more than when i first bough them.

1 out of 1 people found this review helpful. Did you?
michael b.
Ownership: 1 month to 1 year

Pros: I have had this drive for over 9 months now and it has proven to be very reliable, the read, and write speeds were as advertised, nothing but good on this drive!

Cons: There is no cons on this SSD, totally works great!

Overall Review: I just wanted to say that this drive has been very reliable and has given me no trouble at all, even at 9 or 10 months i have had this drive and speed were between 550/500Mbs and I just checked it again whit HD-Tune and has reported everything nominal.

1 out of 1 people found this review helpful. Did you?
Anonymous
Ownership: 1 month to 1 year

Pros: Super fast read/write on SATA III. Capacity for price is excellent on Win7 ultimate build. Kingston has some of the most physically attractive SSDs out there. The casing with the brushed aluminum and accent colors looks very nice. Comes with a nice metal mounting bracket as well for use in a 5.25" bay.

Overall Review: Always had great experience with sandforce controllers on SSDs. This Kingston is no different. Overall a great SSD!

Did you find this review helpful?
B. R.
Ownership: 1 day to 1 week

Pros: This is my first SSD so I can't compare it to other SSD drives but I can compare it to standard drives. On a Z77 Ivy Bridge system running Scientific Linux 6.3, hdparm reports that the SSD delivers 345MBytes/second vs 150MBytes/second for a 2TB 7200RPM Seagate drive.

Overall Review: I tried two different SATA3 ports on the motherboard. The Intel SATA3 controller is getting 345MBytes/second. The board also has a Marvell SATA3 controller, that port only delivers 220MB?second.

Did you find this review helpful?
Bryan K.
Ownership: 1 day to 1 week

Pros: - Killer looks - Great Price - Worked on first boot - LIGHTNING quick Installed Windows 7 to it and it boots in just over 10 seconds when paired with an Ivy i7.

Overall Review: I cannot WAIT until sizes go up and prices come down.

Did you find this review helpful?
Jesse B.
Ownership: 1 day to 1 week

Pros: Great speeds (much faster than my 180GB Force 3) No issues installing Windows (at least after I remembered to put AHCI mode on in BIOS) The appearance of the SSD itself is probably the nicest I have ever seen for an SSD. Not that big a of a deal, but the PC it was installed in has a large side panel and it is visible. Comes with 3.5" adapter and screws

Cons: The 3.5" adapter is very blue while the SSD itself is black/silver... not the best mix of colors, but my wife liked the blue being visible, so it worked out fine anyways.

Overall Review: Ordered Monday (10/22) morning, arrived at my house on Thursday (10/25) even with Eggsaver shipping, a huge improvement over my last experience with that shipping service (which was just like a week before) where it took over a week. Beyond that the tracking information was much more informative now, and the email with tracking was a little more clear about the process your shipment goes through with this service. Also said it was through DHL instead of UPS (though I think DHL is part of UPS). Either way though, huge improvement in a short period of time, good job newegg! So glad I convinced my wife she needed an SSD for her PC. It was always horrible on the occasion I had to switch from my computer to hers and had to deal with the sluggishness of a HDD system. I always try to convince people the SSDs are worth every penny, even at normal prices, so when a deal like what I found on this comes up, I recommend anyone who only has a HDD to jump on it immediately. Great product at a great price!

Did you find this review helpful?
Anonymous
Ownership: 1 month to 1 year

Pros: Great speeds, good price per gb, and solid performer. So far I have not had any issues with this device. Quick load of win7, quick transfer speeds, and overall this drive has been solid. Not much to say, it stores things, and is very fast. Marked improvement from my first gen ssdnow and I love not having to worry about having a 64gb boot drive. TRIM is good for the soul.

Cons: No cons really. The only thing I can think of is that I didnt get the brackets? It wasnt a big deal because I previously had some from my prior ssd, but seemed odd that the product states it comes w/ the brackets.