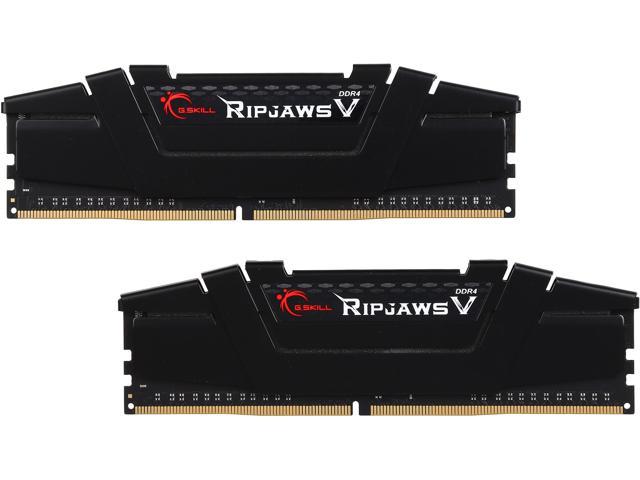 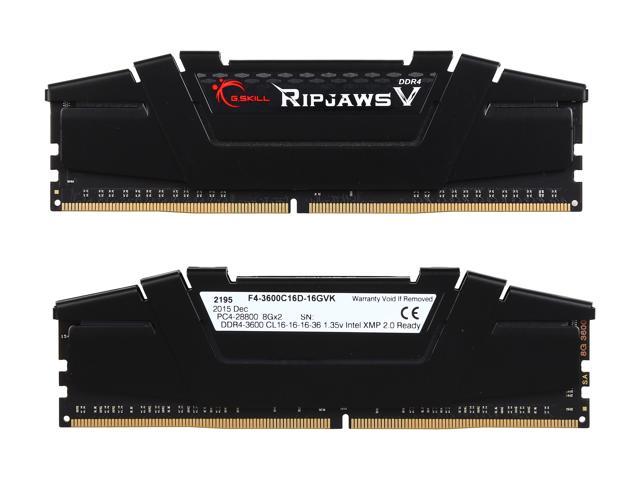 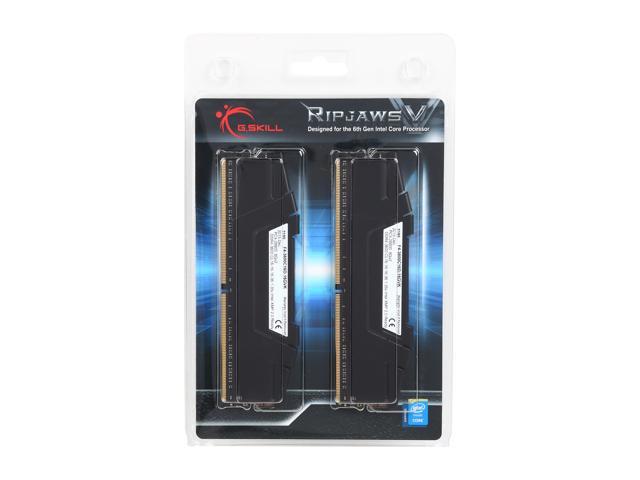 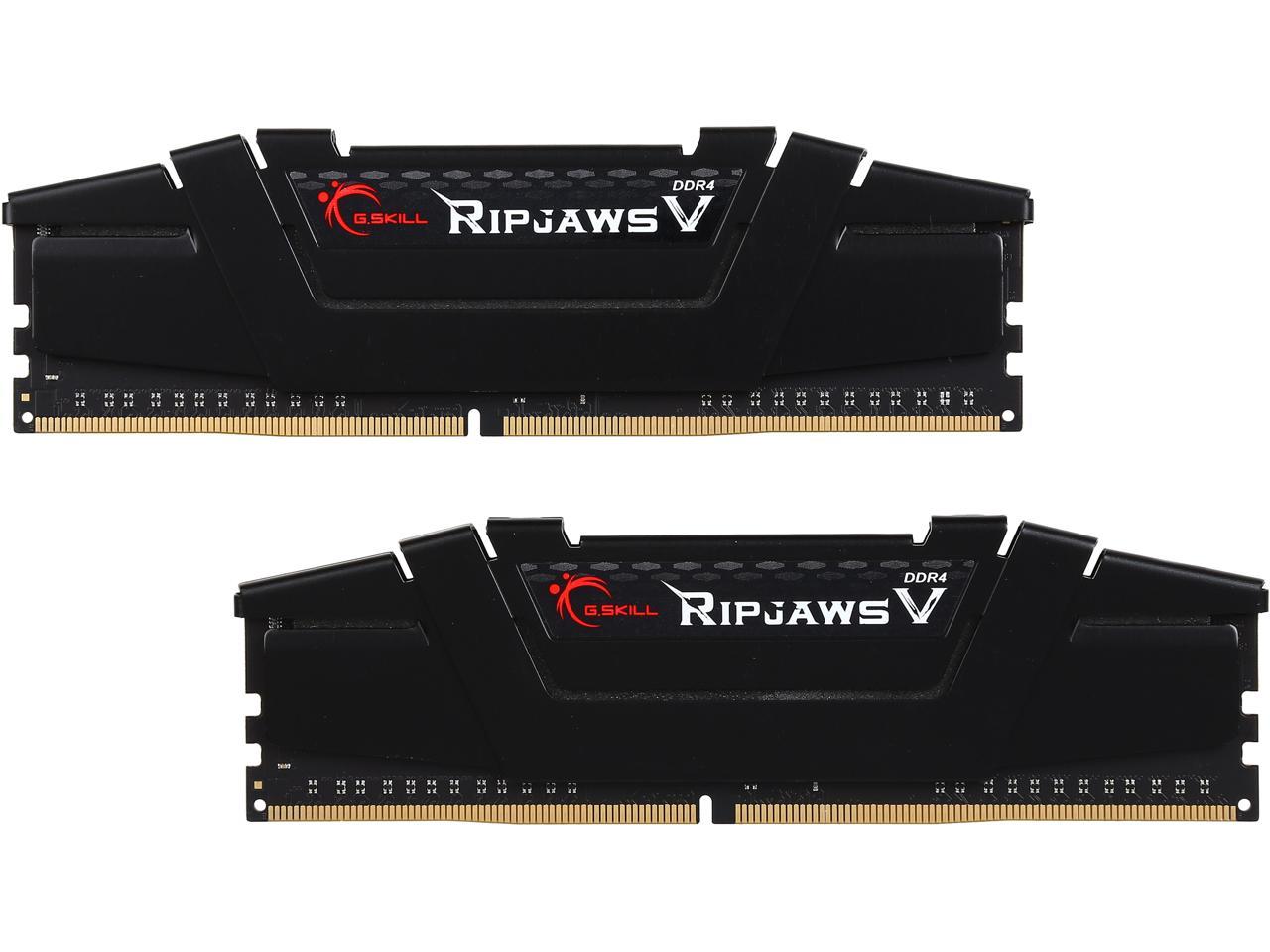 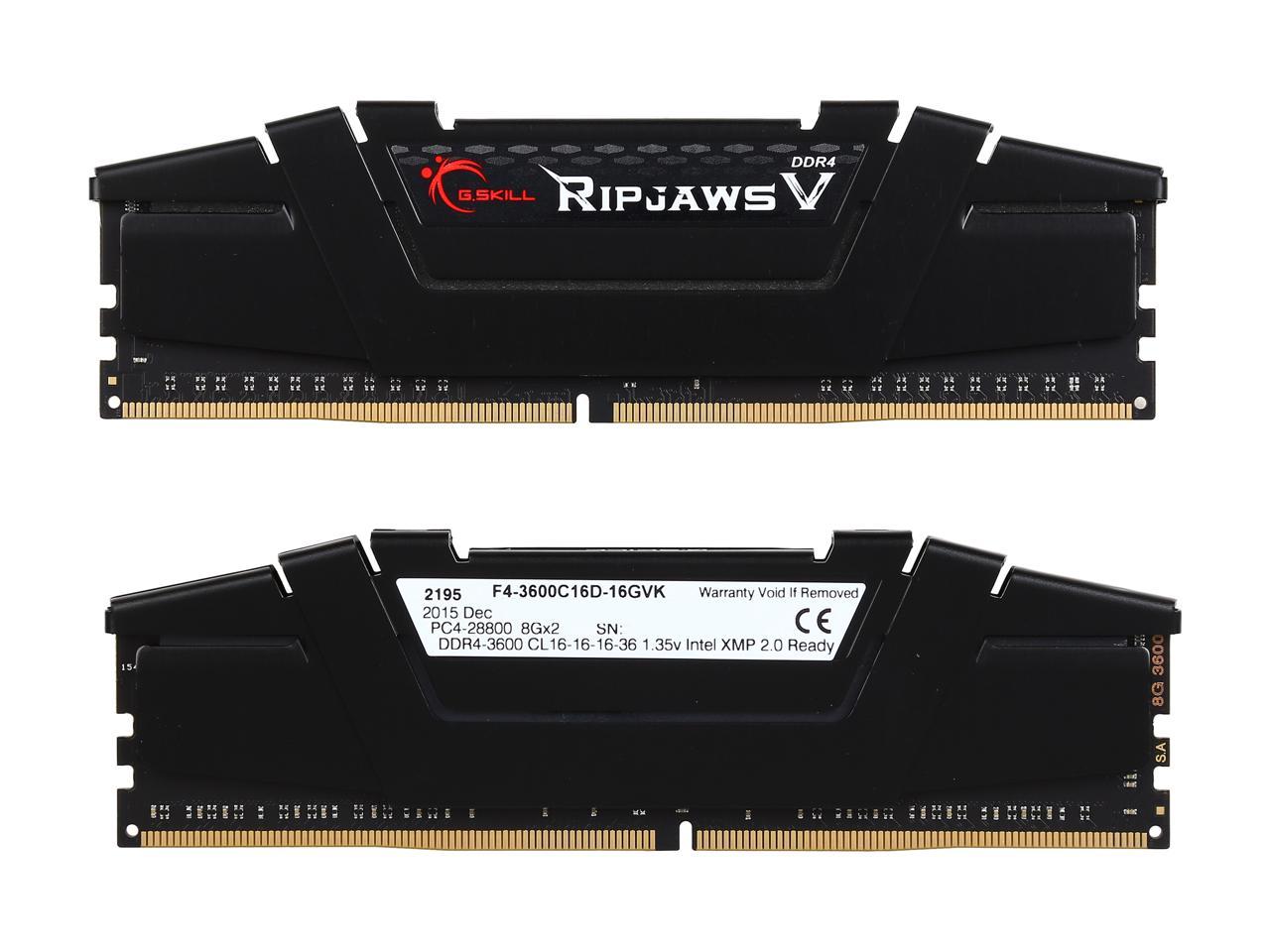 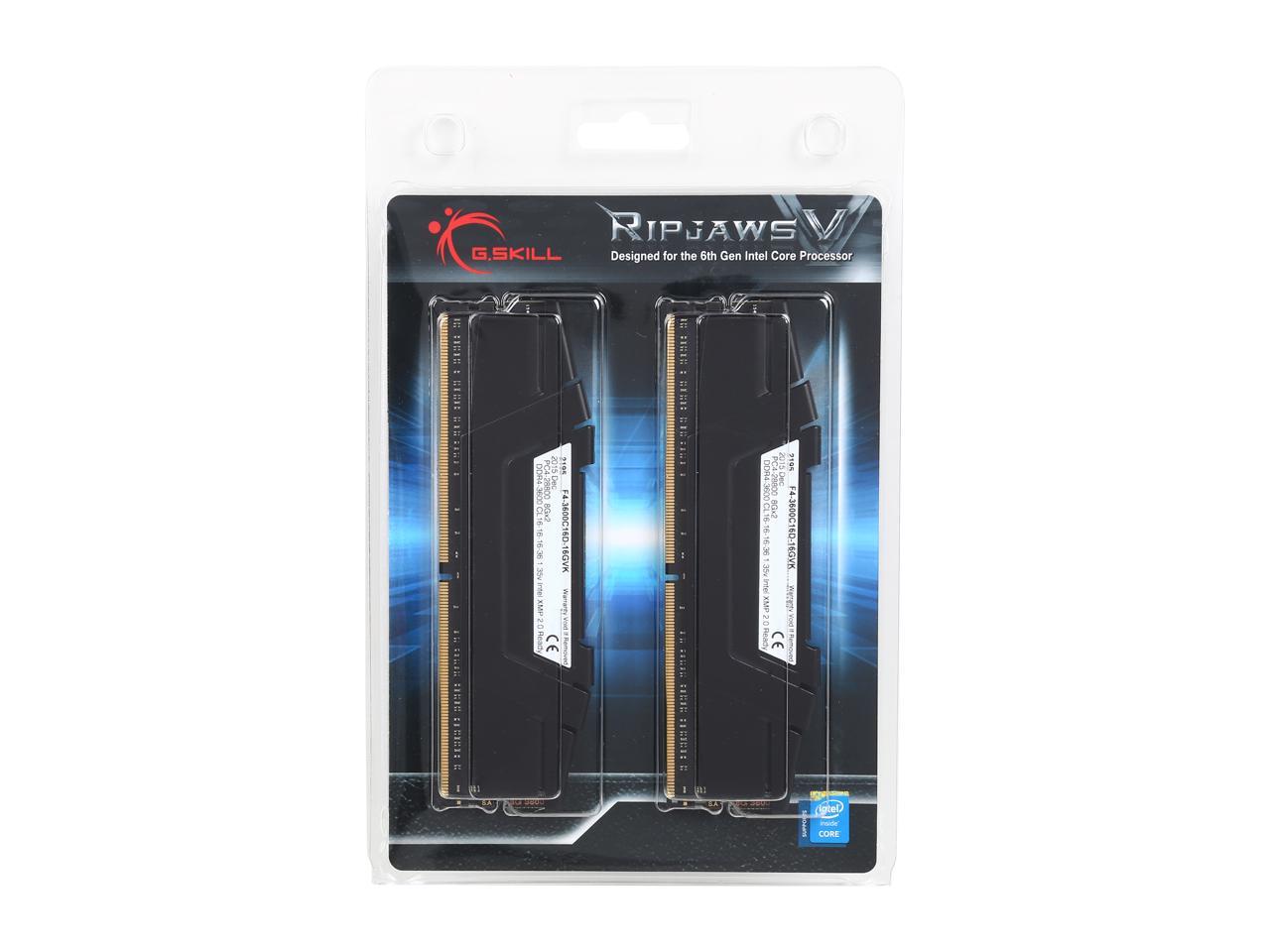 Feel the Rush of Ripjaws V

Whether you are processing large amounts of data or playing data-intensive hot titles, the latest Ripjaws V series DDR4 memory gives you that extra edge you need — without breaking a sweat.

The Ripjaws V series DDR4 memory is designed for maximum compatibility and cutting-edge performance with the latest Intel Core processors. Built with the finest components, tested under the most rigorous conditions, and equipped with sleek, stylish aluminum heat spreader design, it’s a perfect choice for building a new performance system or for a simple memory upgrade. Available in a wide range of frequency options from standard DDR4-2133MHz to a blistering DDR4-4000MHz, Ripjaws V lets you enjoy a faster computing experience for gaming, video & image editing, rendering, and data processing. Rigorously Tested for Compatibility and Reliability

Each and every Ripjaws V DDR4 memory kit is tested with G.SKILL’s rigorous validation process on all major performance motherboard brands to ensure the best-in-class reliability and compatibility across the widest selection of motherboards. Up to 128GB Ultra High Capacity

Ripjaws V offers various capacity configurations, not only with modules of 4GB and 8GB, but also in ultra-high 16GB capacities for up to 128GB (16GBx8). The possibilities are endless!

Not only is the Ripjaws V designed with a sleek new look, but also available in five different colors: Blazing Red, Steel Blue, Radiant Silver, Gunmetal Gray, and Classic Black. Whether you’re a modder seeking matching hues or looking to build a stunning new system, Ripjaws V is a superb selection. Continuing the tradition of aftermarket CPU cooler compatibility, Ripjaws V is designed with a 42mm module height suitable for most oversized CPU heatsinks. Designed with a low voltage of 1.2V~1.35V at DDR4 standard, this lowers the memory voltage requirement by 20% from DDR3 memory kits! Now your system can perform even faster without becoming an expensive appliance heater. Just set and go. Programmed with the latest Intel XMP 2.0 profiles, the only thing between you and extreme performance is a simple setting.

Pros: This is on the QVL list for the Gigabyte Z170X Gaming 7 motherboard. With my 6700K I enabled XMP and was immediately greeted with 3600Mhz C16 speeds. After that I OC'd my CPU to 4.6Ghz and am rock solid in everything that I do. These are the nice modules found in the Z series with the Ripjaws V spreader. I didn't like the Z theme, so these modules are perfect for me. Don't be like the other reviewer and fail to check your motherboard QVL list. Many boards simply can't handle sticks like these.

Cons: People writing poor reviews who do not know how to properly build a computer, it involves more than just slapping parts together. G.Skill has really won me over with this set of ram.

Overall Review: - If you're a Singaporean like me, buy from Newegg.com cos Newegg.com has the best offer & stock right now! Nothing much is available locally. - Always verify Manufacture's XMP profile settings manually, if possible. - Best RAM for Ryzen 3000 Memory Sweet Spot.

Pros: I popped two sets (four total DIMMS, 4x8 GB = 32 GB total) into my X399-based system, set the XMP profile, and done. Achieved 3600/C16 without any fuss. Ran several stress tests (MemTest64+ for 12 hours and many rounds of the built-in Windows Memory Diagnostic) and found no errors or instability). Weirdly, I'd occasionally get a crash when playing Overwatch, so I adjusted the DRAM voltage to 1.37V from 1.35V. It *seemed* to reduce crashes, but they still occasionally happen in Overwatch. I believe this is a specific issue to Overwatch and not necessarily even related to my RAM, though, as no other software of mine crashes, and the Overwatch crashes are mainly "GPU/rendering device not detected errors," it just so happened that I started to experience those errors sometime after upgrading to this RAM from a 3200/C15 kit. tl;dr: I think this RAM is great and any issues I've had seem unrelated to the RAM.

Cons: Price; very expensive relative to other 16 GB kits, but the clock speeds on these are pretty beefy.

Overall Review: Some of the best memory on the market without spending crazy amounts.

Cons: -None so far

Overall Review: As usual another great kit from G.Skill, never had to check somewhere else for a good memory kit.

Cons: Not the ram fault but more of bios things, won't go to 3600 yet, not even an option