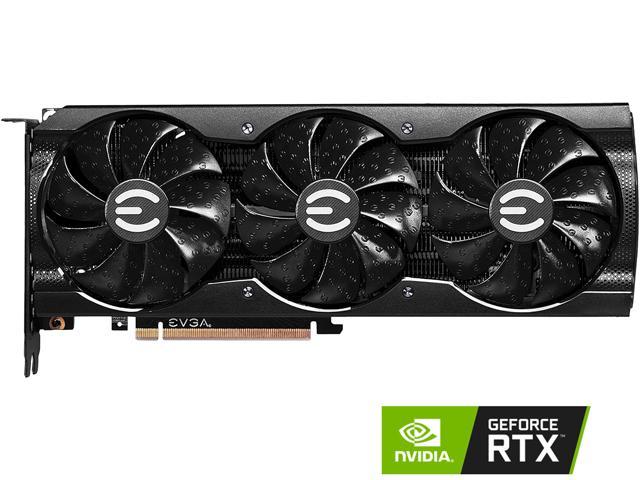 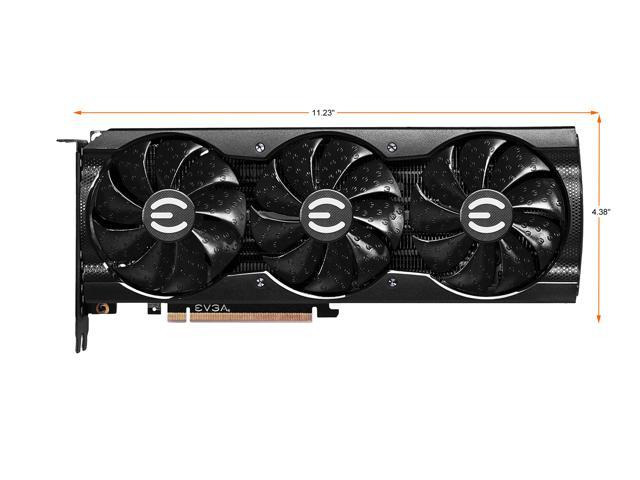 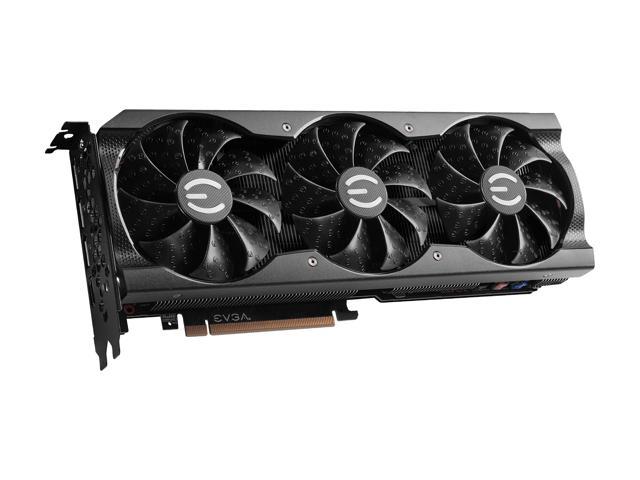 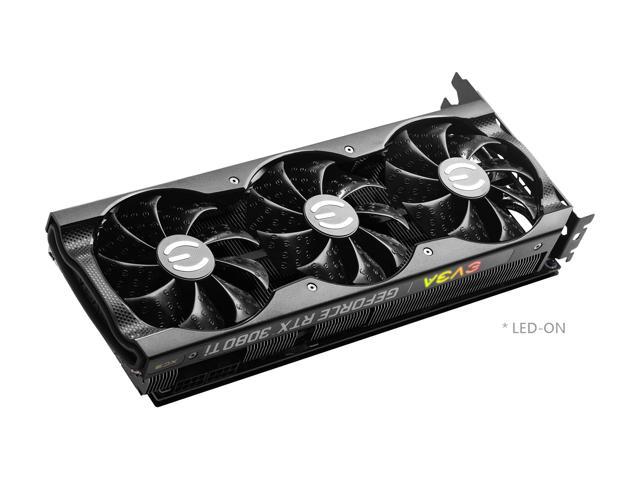 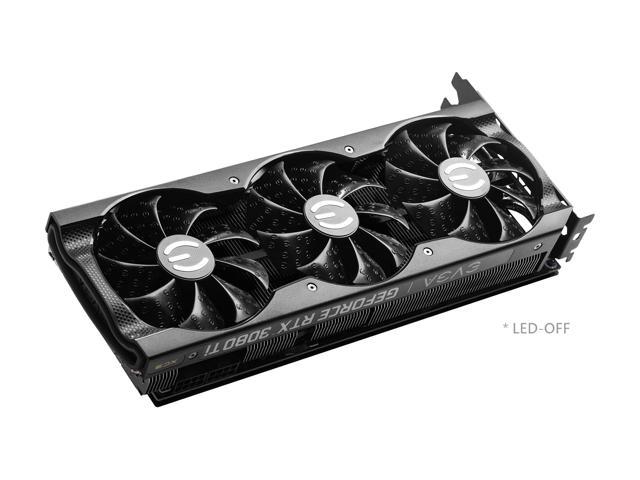 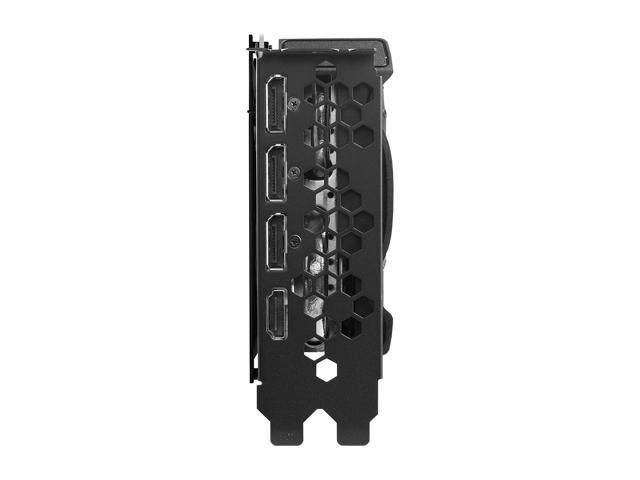 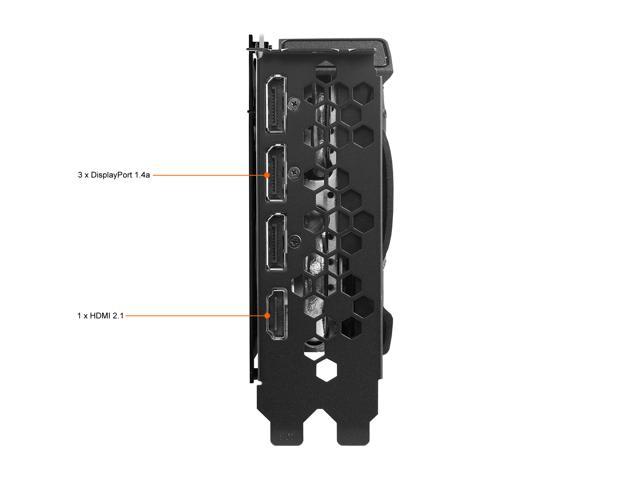 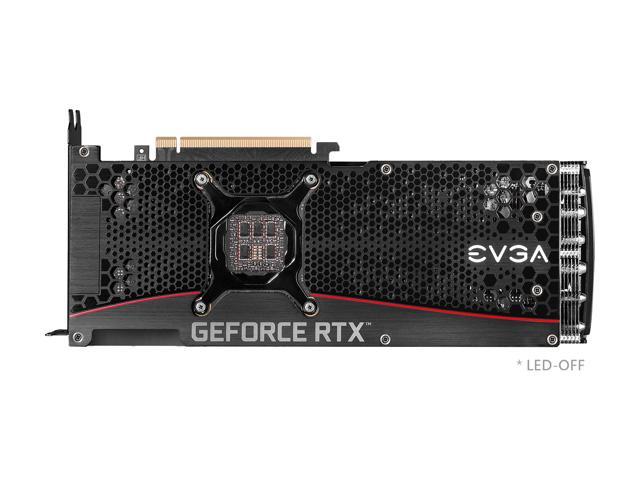 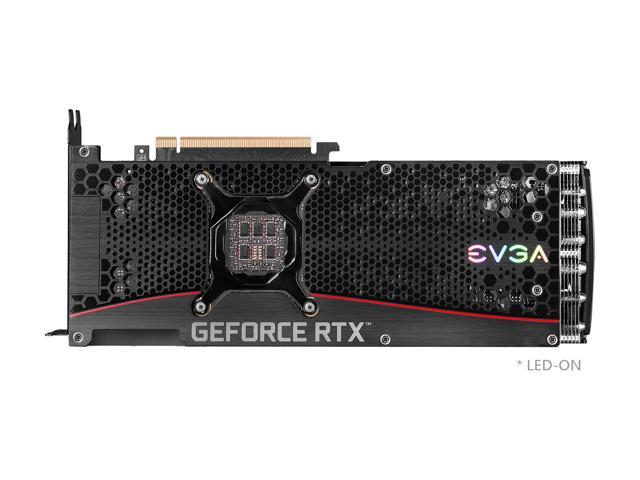 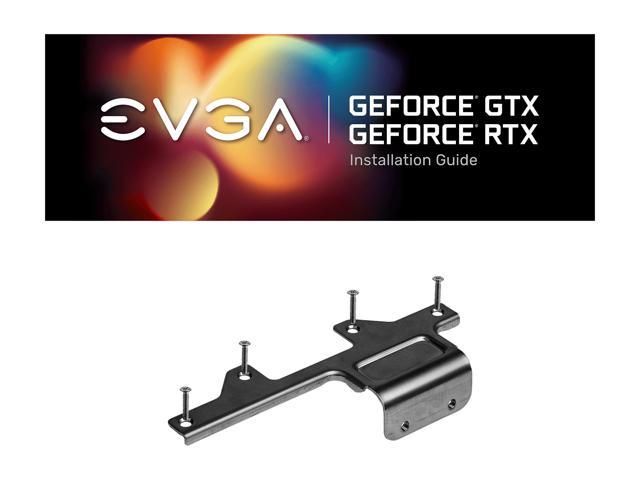 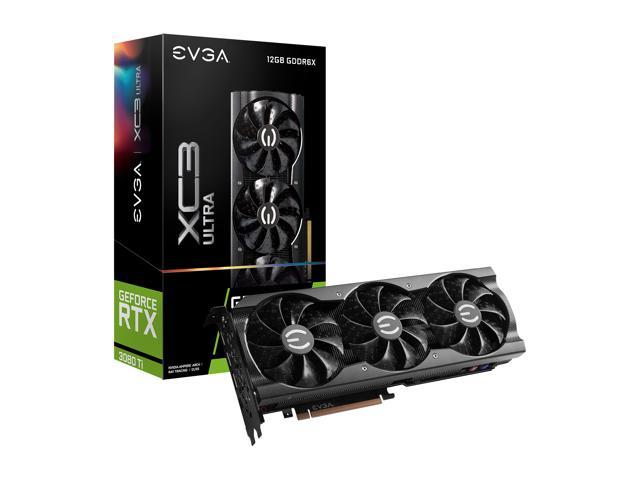 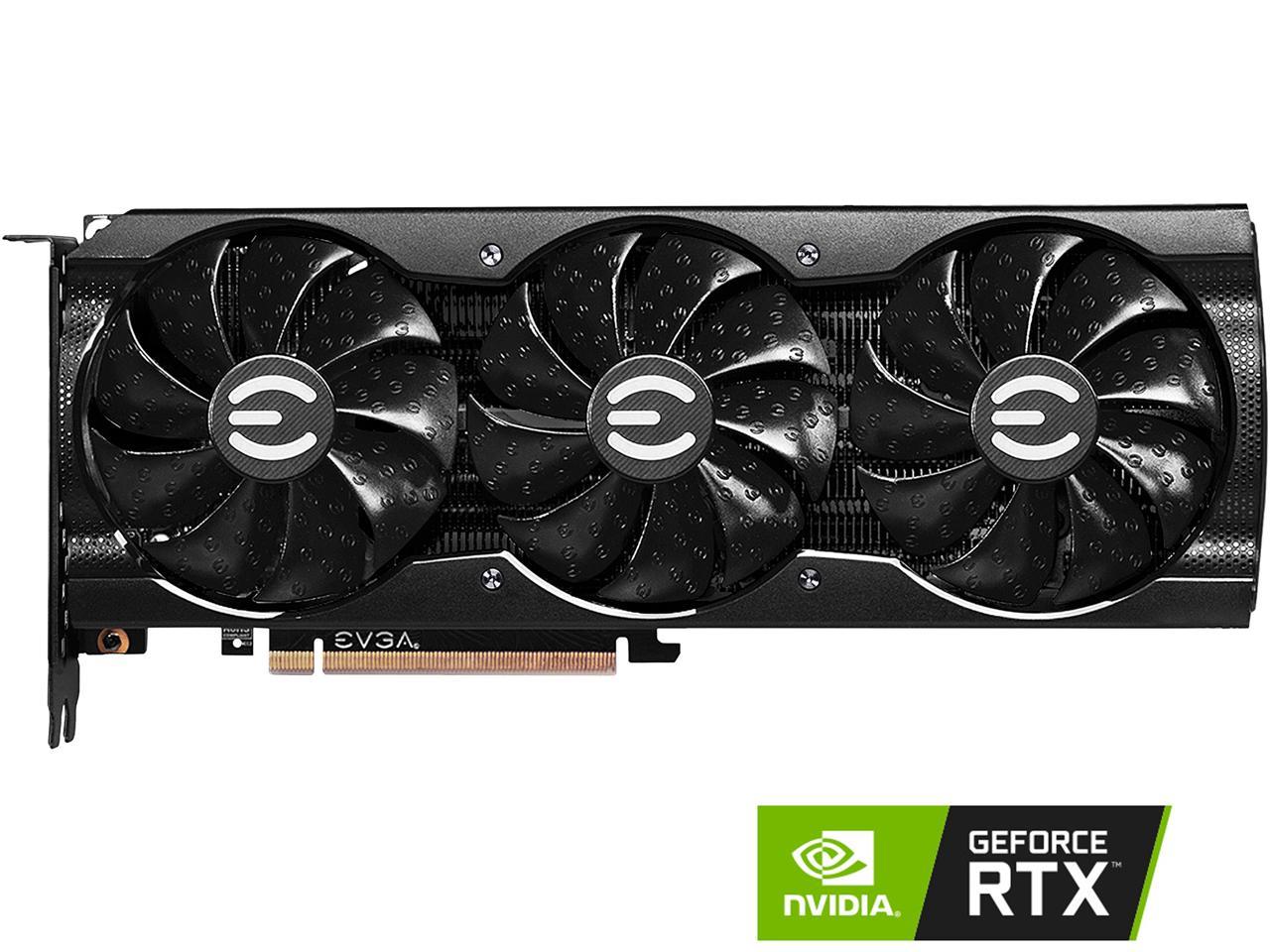 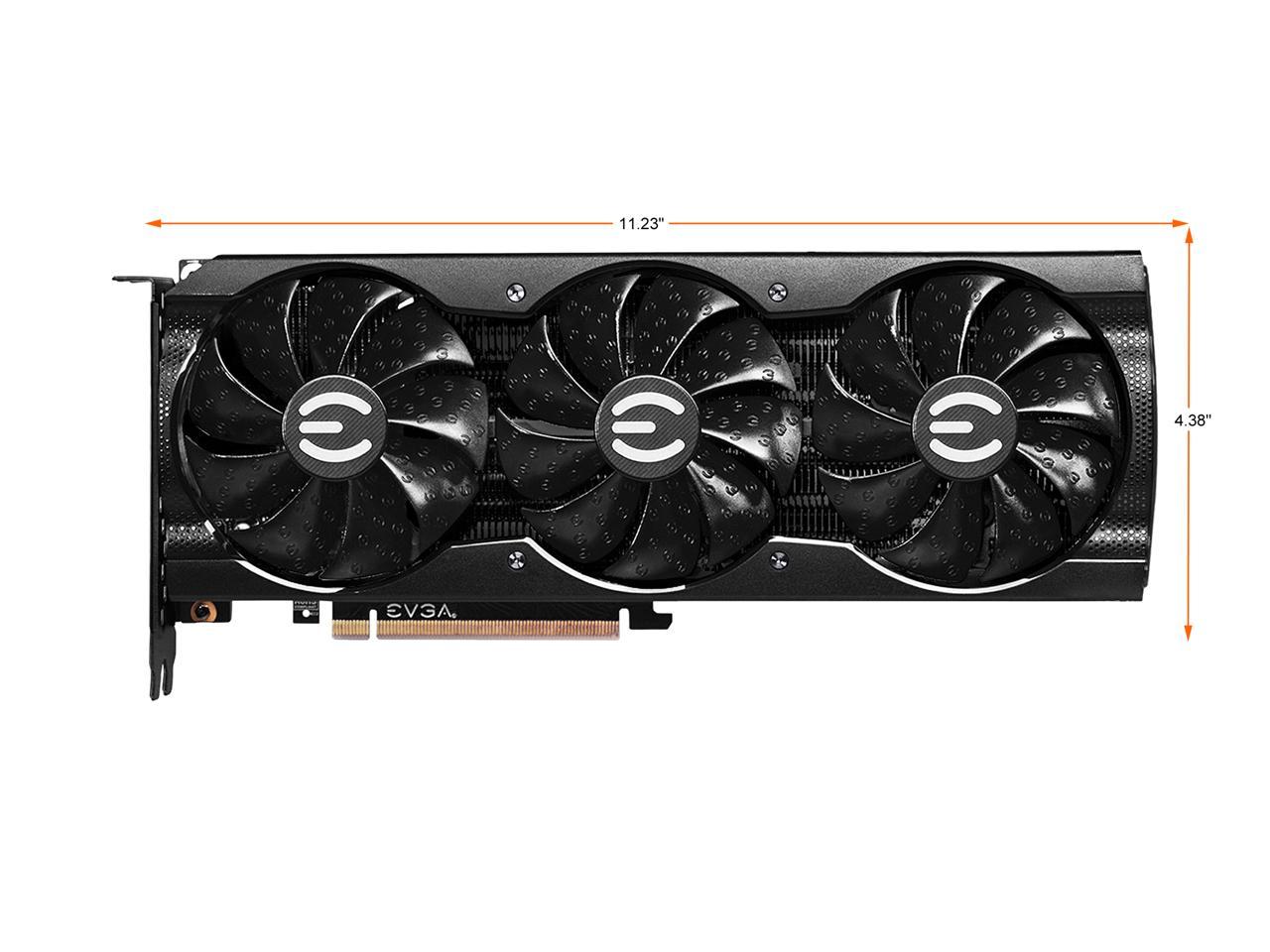 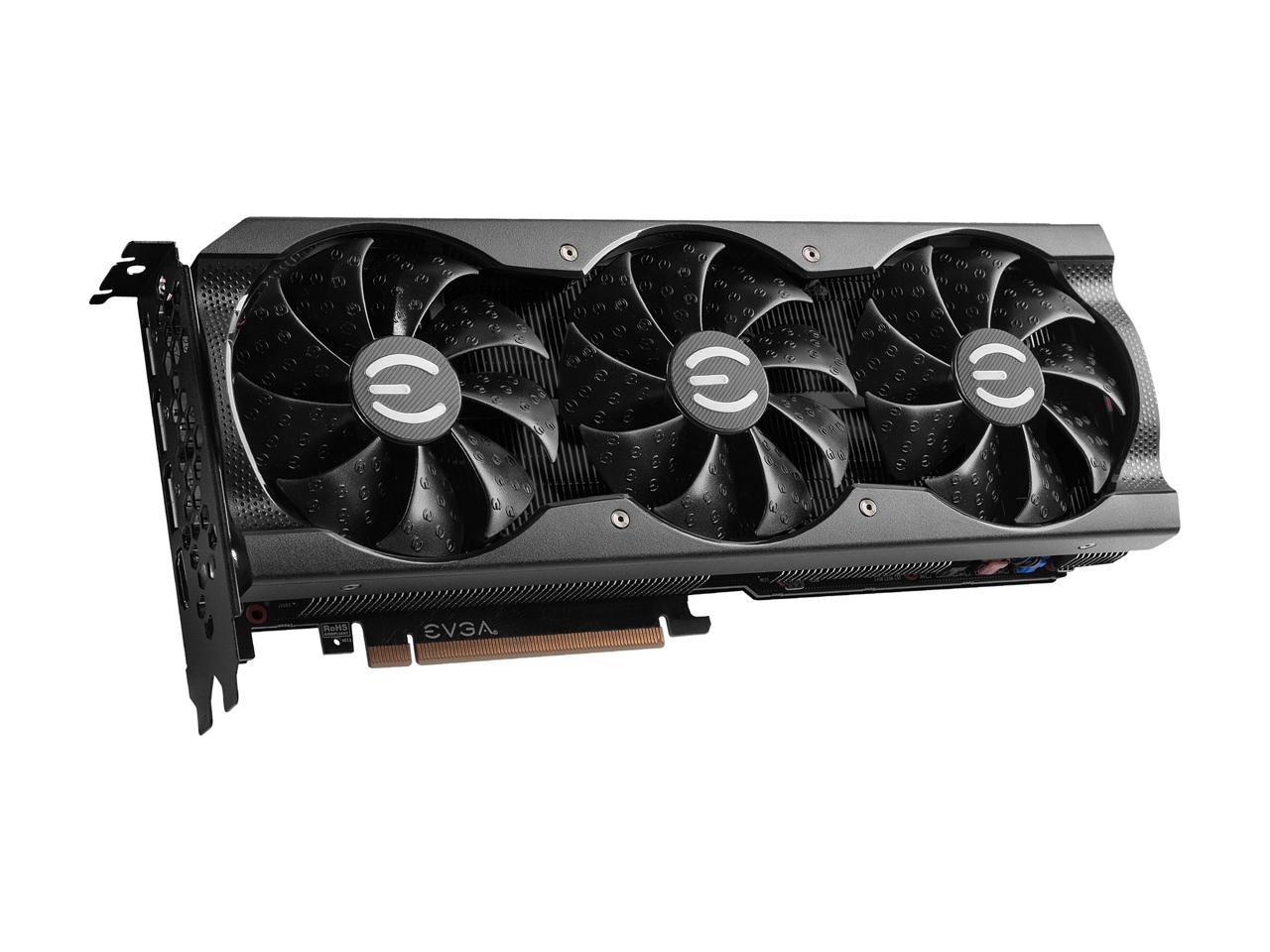 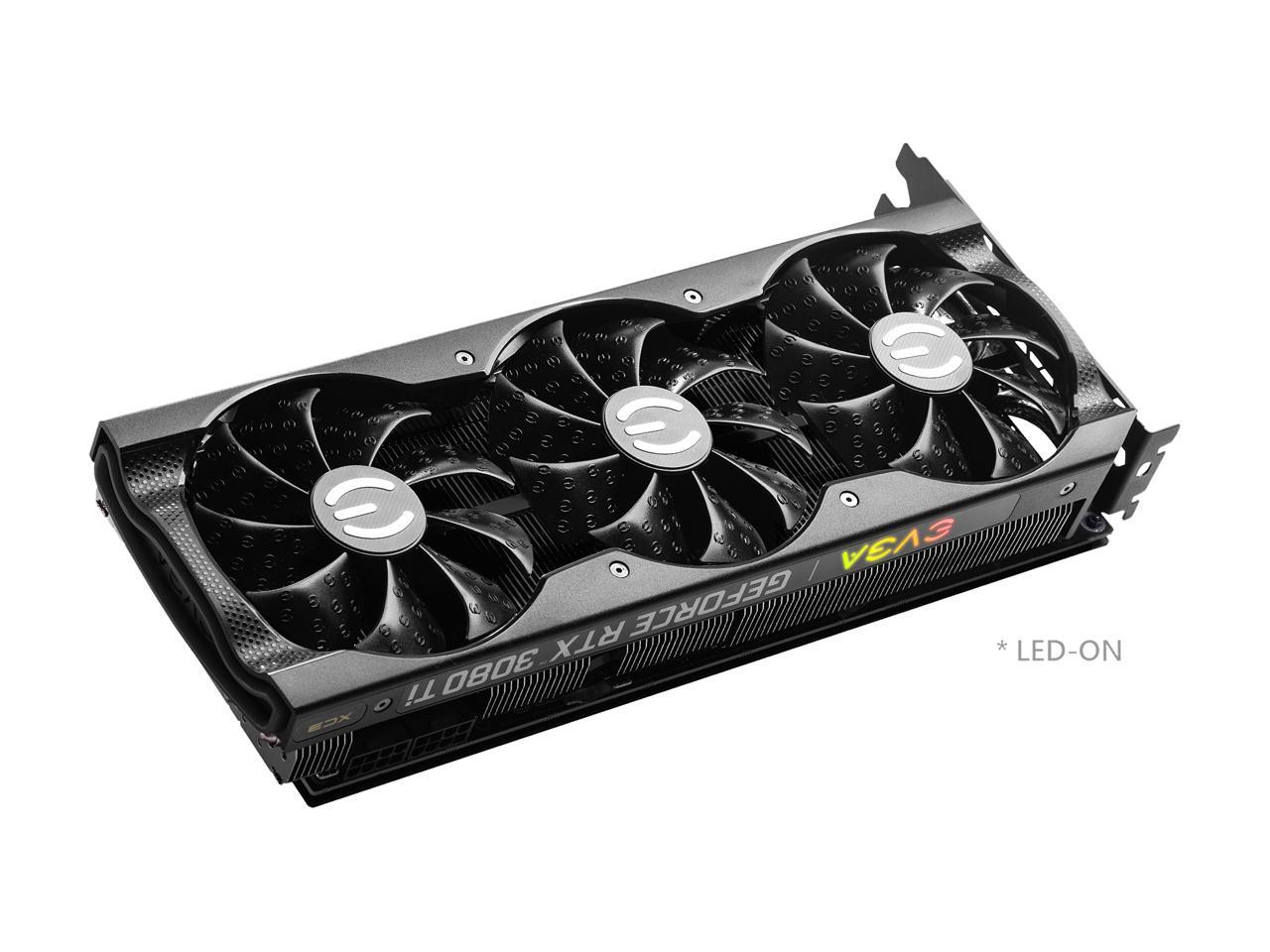 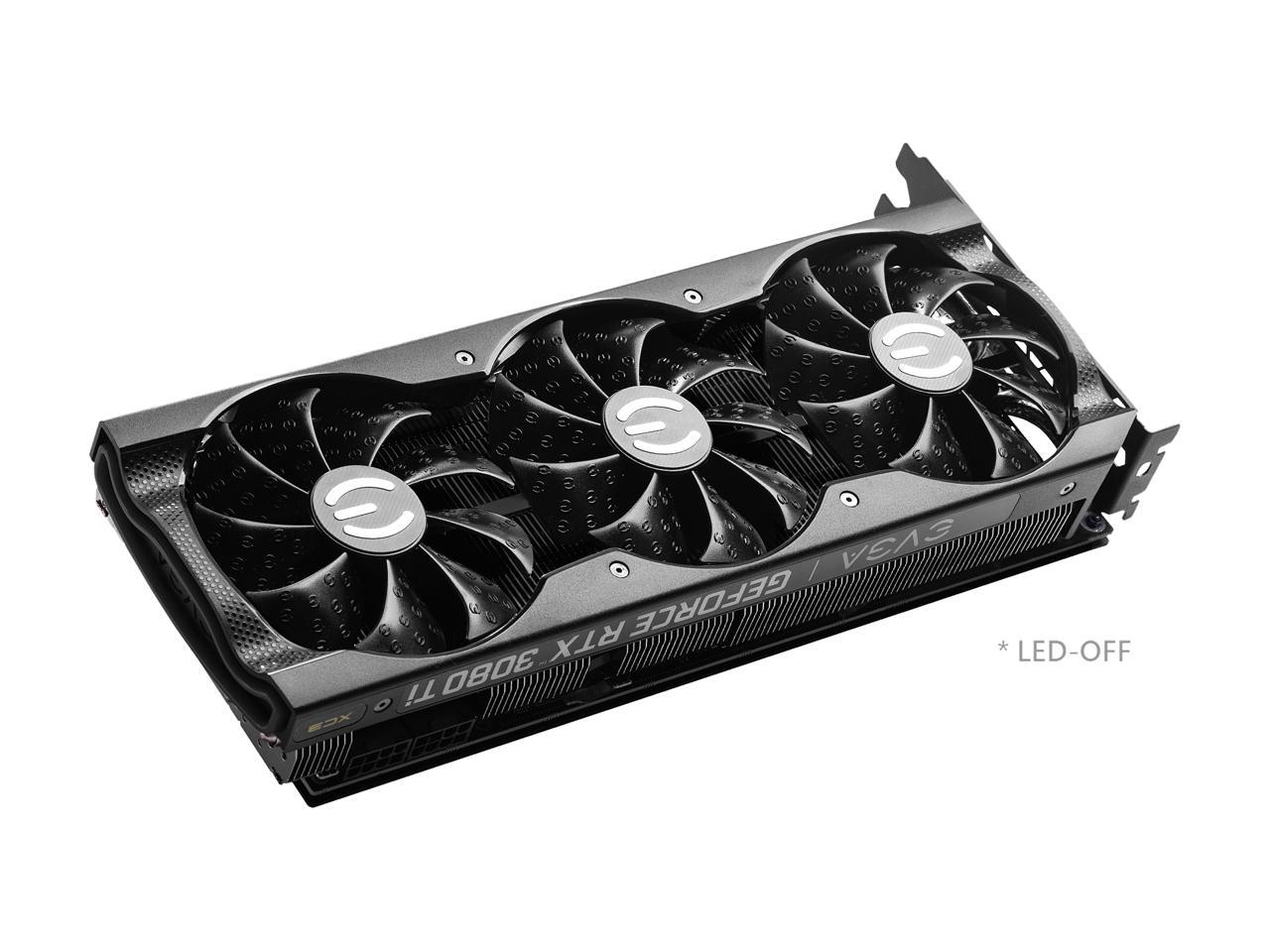 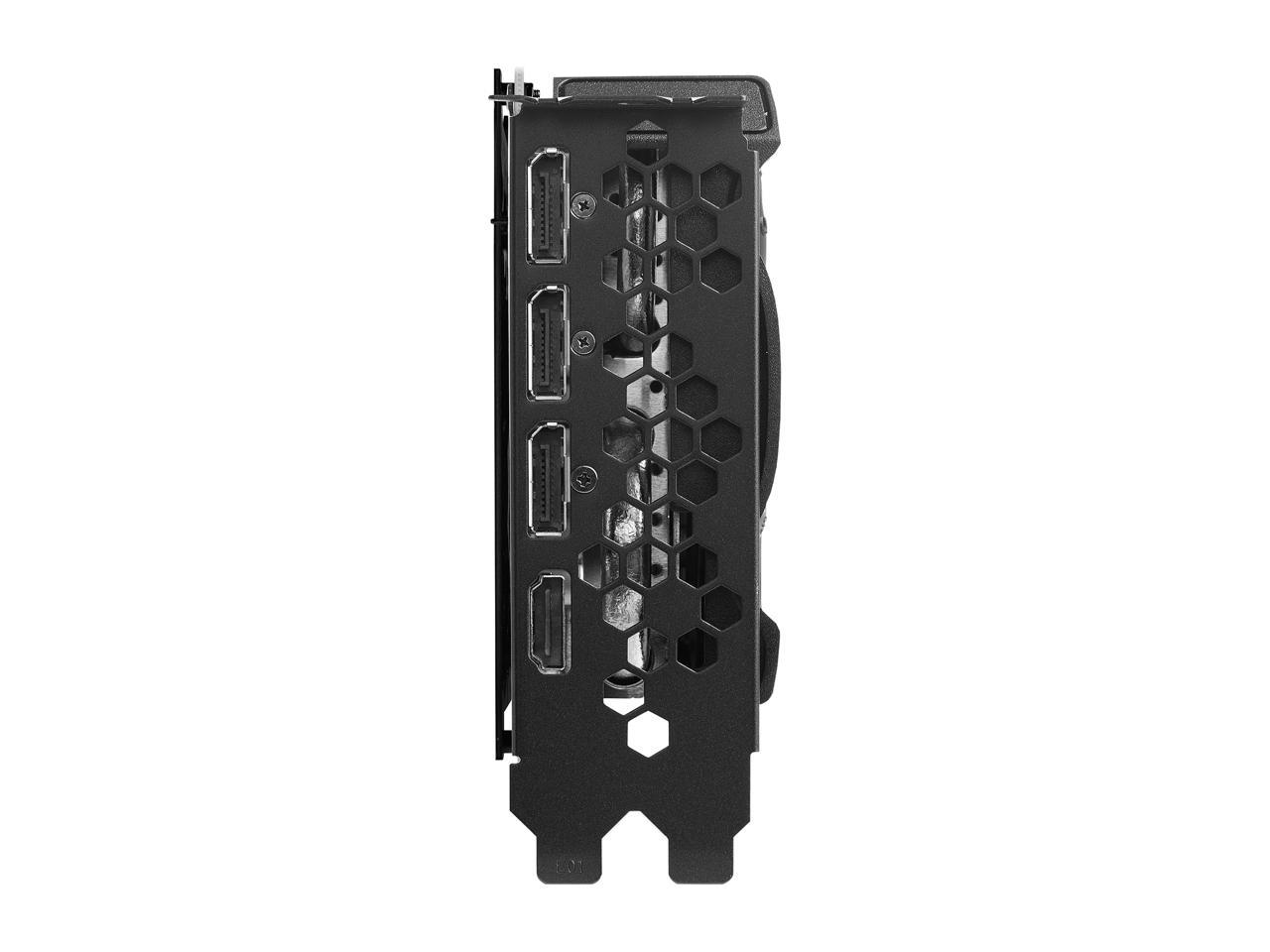 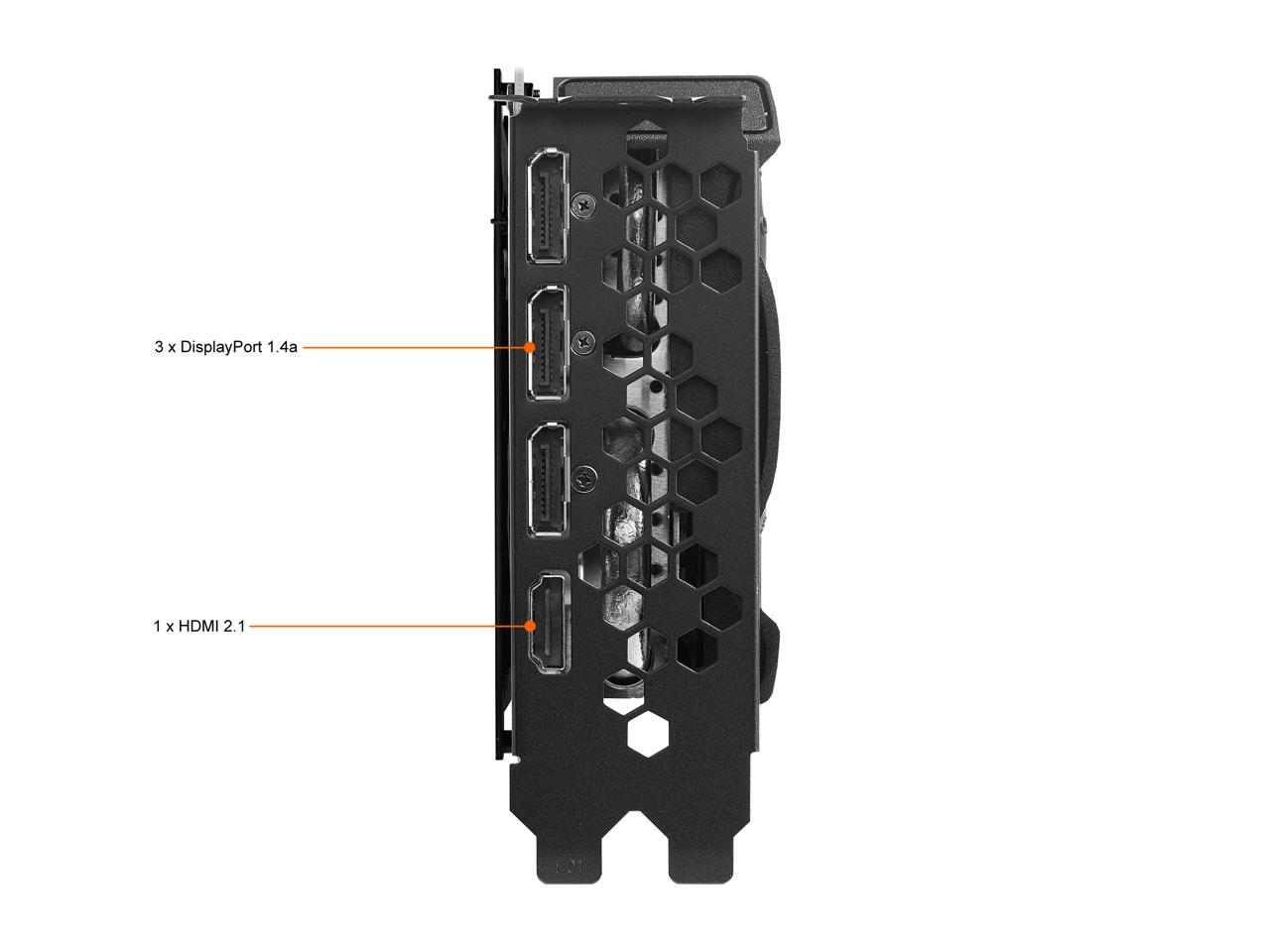 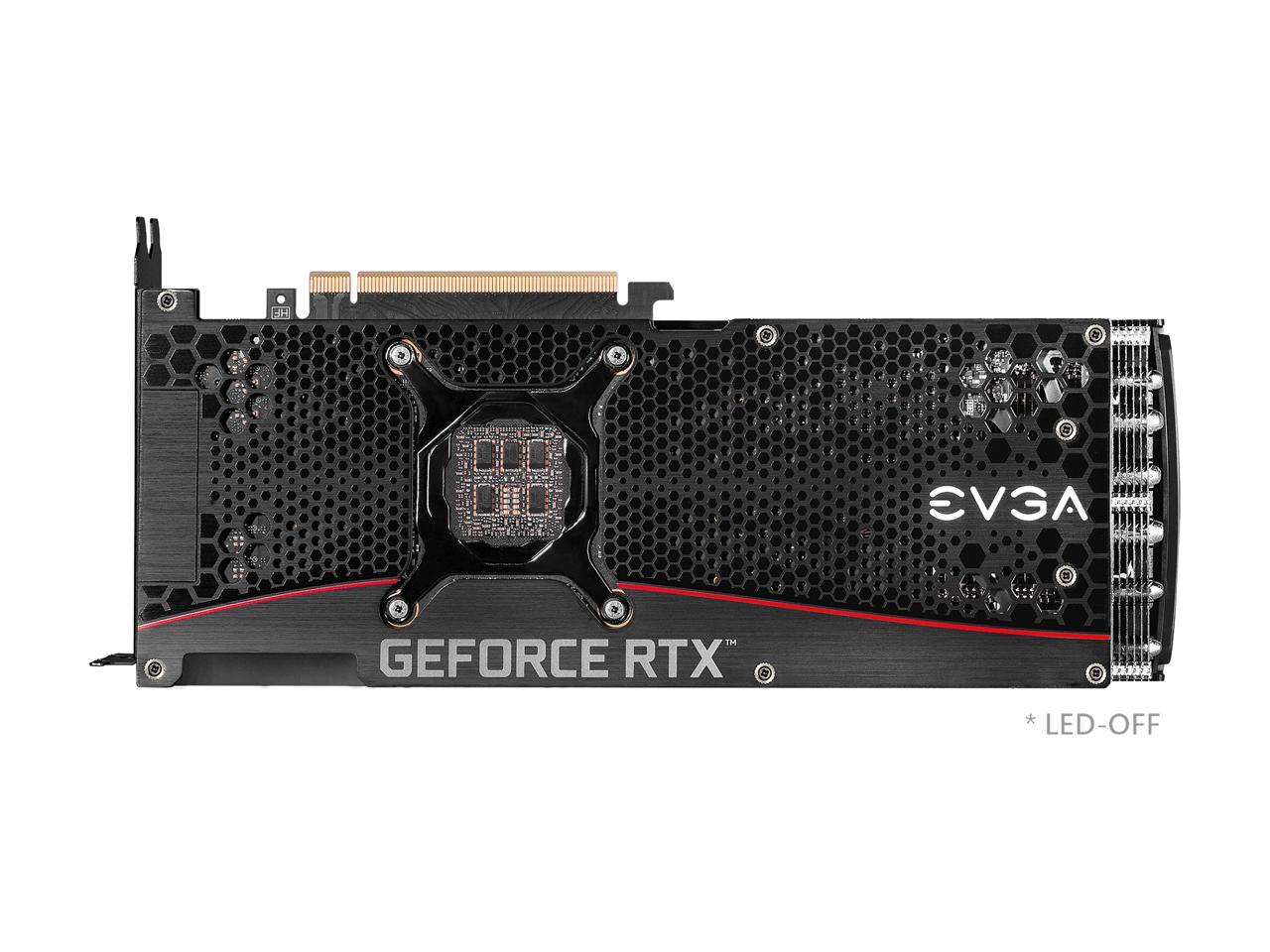 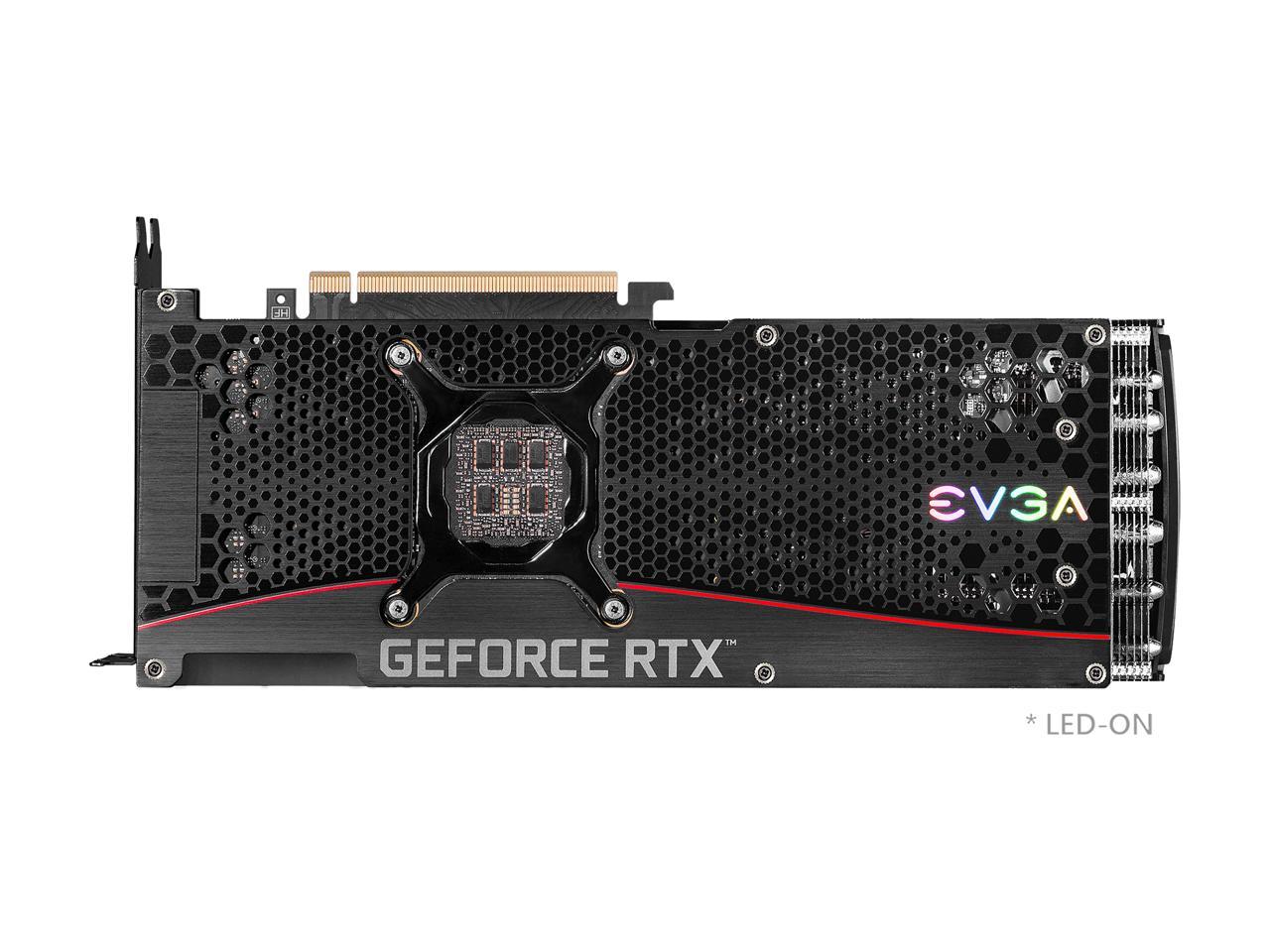 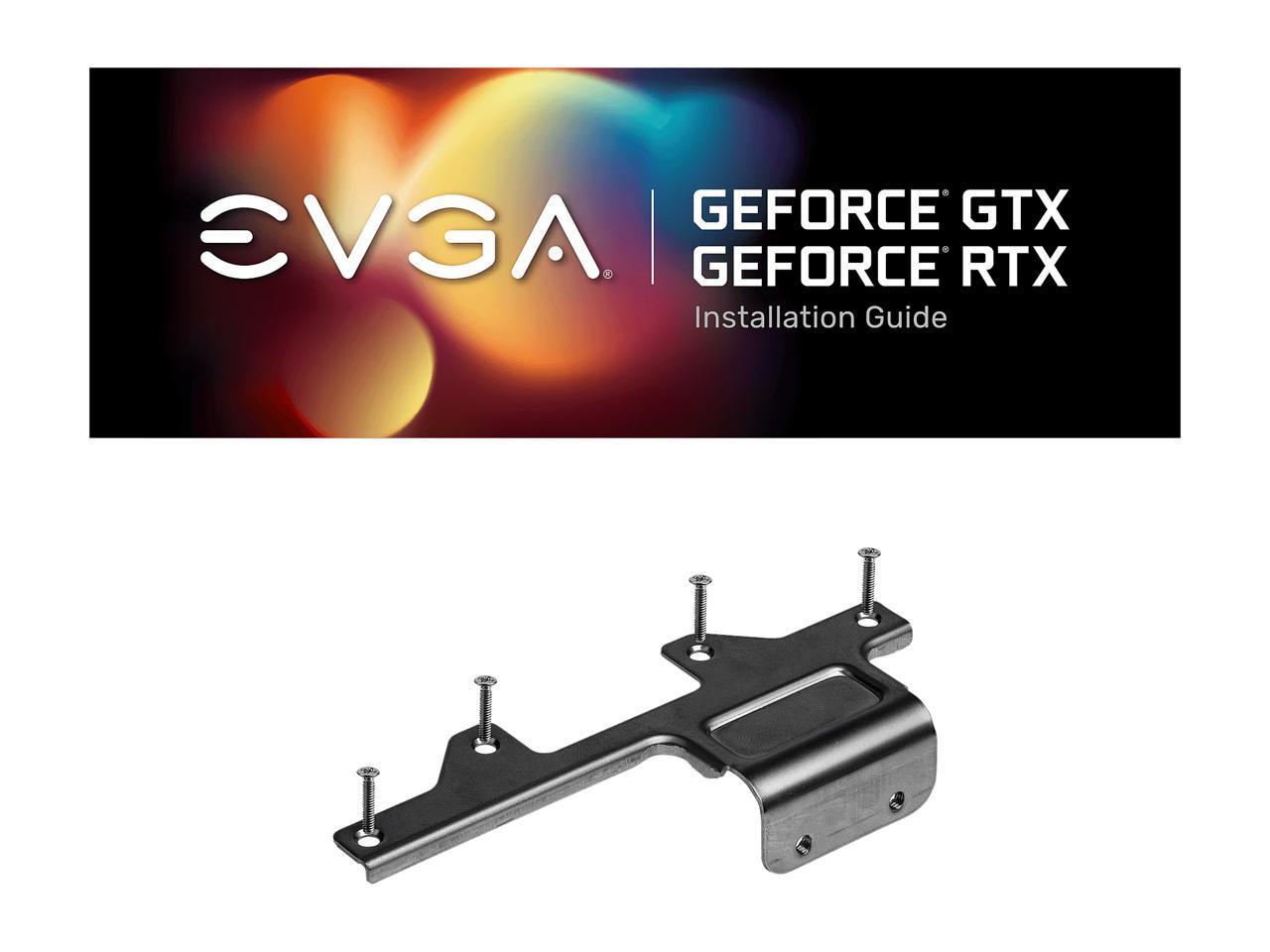 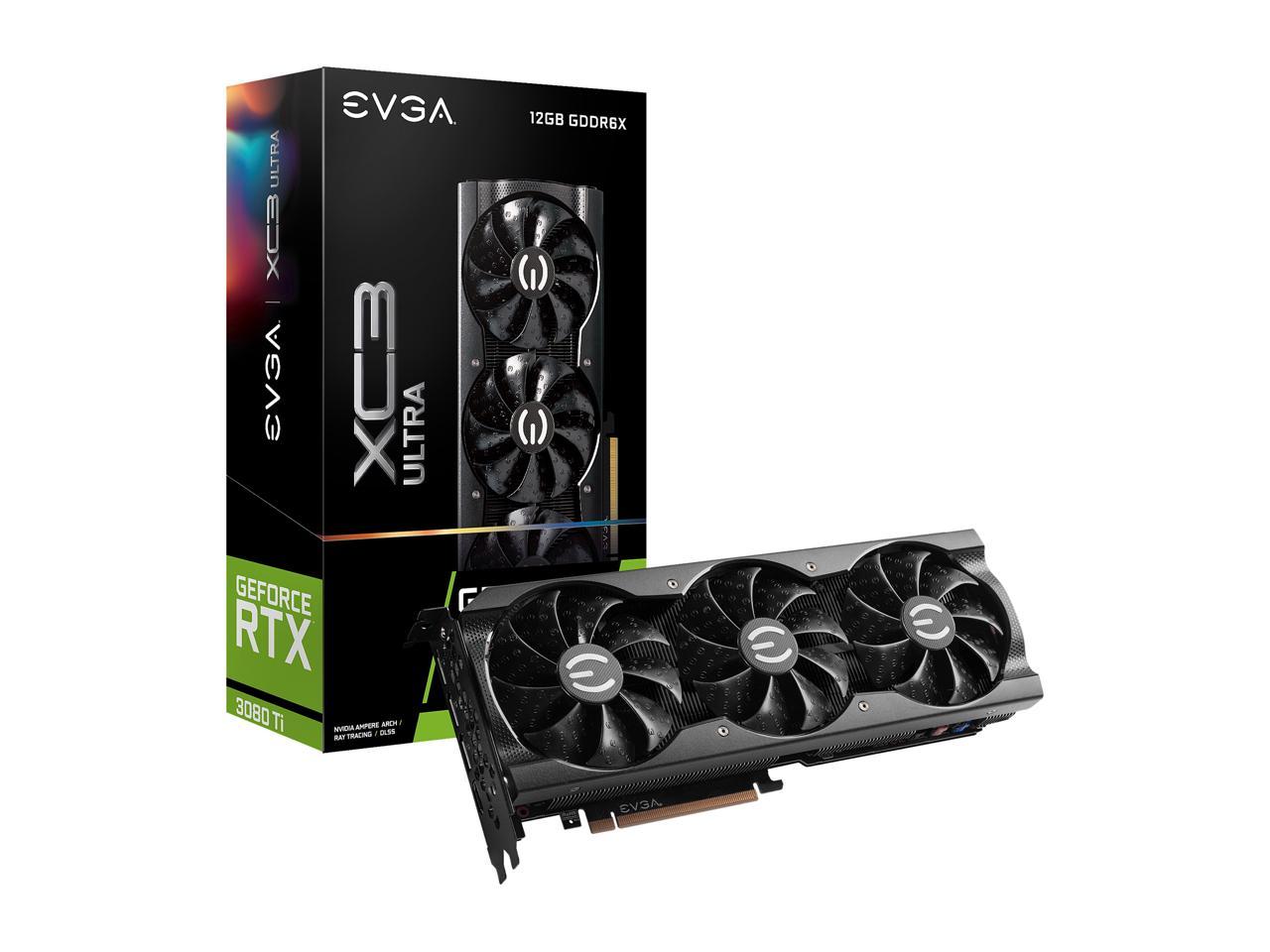 The NVIDIA Ampere streaming multiprocessors are the building blocks for the world's fastest, most efficient GPU for gamers and creators.

DLSS taps into the power of a deep learning neural network to boost frame rates and generate beautiful, sharp images for your games.

Patented copper base is 25% larger to cover both GPU and RAM area to improve thermal transfer and GPU/RAM cooling.

Cons: - Costs way too dang much. (This is Nvidia's fault mostly.) - Heatsink could be a bit beefier. Although no issues so far.

Overall Review: This is a fantastic card overall. Only complaint is the price but that's the nature of the beast these days. Reason I jumped on it is because I was picked in the Newegg Shuffle. Good luck out their gamers! There's good news on the horizon! ;)

Overall Review: Better to undervolt before use, not much different compared with stock clock

Overall Review: The best graphic card I ever had. I won the shuffle the same this card was available. Thank negg so much.

Overall Review: If you are not planning to play games in 8K, than you will be better off with 3080 Ti. qHD gamer? Than don't waste your money and get a regular 3080... if you can get it that is This is a beast of a card but still extremely overpriced. If you don't use ray tracing, I would go with 6900XT.

Overall Review: Got this via Newegg Shuffle, and while its hard to justify a $1200 video card, theyre reselling for 2x MSRP on TheBay and elsewhere, so its the cheapest price youre going to find anywhere- do get it if you can. Its basically a 3090 with half the VRAM, and is definitely overkill for just gaming, unless youre wanting to crank up Cyberpunk settings to Ultra. Coming from a 2060 Super, I can say that its a day/night experience playing games above 1440p resolution with RT enabled- meaning the 2060 cant manage playable FPS, while the 3080 Ti rips through it like its nothing. In other games that arent heavy with FX, reflections, etc., you really wont notice a difference at all, as the 2060 Super handles those easily. Originally, I was going to turn around and resell it, but here I am playing Mass Effect : Legendary Edition on my new 3080 Ti, instead.

Overall Review: This review is written after having the card installed for only a few days. When I won a chance to buy a 3080Ti in the newegg shuffle, I jumped at it, and no regrets, despite the steep price -- more than double what I paid for the 2070 card it is replacing. Before buying, be sure your computer case will acomodate such a long card, and you have enough power supply. Compared to the 2070, this card takes more power and more cooling -- hence the 3 fans and the longer card, and therefore more fan noise, but not to an annoying level. The increase in 3DMark scores is consistent with expectations. As this is a new model GPU, you'll have to upgrade your drivers, and it might be easier to do that *before* installing the card, but I didn't do the upgrades until afterwords, and didn't have any problems. I was pleasantly surprised that the necessary Ubuntu linux driver was already available, although from a ppa repository. One small annoyance I want to mention: video during bootup before the OS is loaded. I'm referring to the text displayed by the BIOS/UEFI firmware on startup (where you can hit DEL to get into the setup or some function key to get a boot menu) and the GRUB boot loader. I have a dual-boot system with both Windows and Ubuntu. Obviously it is absolutely essential that this text goes to my monitor. Before the upgrade, I had the monitor attached to the 2070 via HDMI cable, and also a Valve Index VR headset plugged into one of the Display Ports on the card. The GRUB default is to boot into Ubuntu, so if I want to boot into Windows to play VR games, I have to reboot and choose Windows on the GRUB menu. After swapping out the 2070 and swapping in this card, I was not getting the BIOS/UEFI/GRUB video on the monitor! (I assume it must have been going to the VR headset.) Now in my (limited!) experience, on some systems the BIOS/UEFI/GRUB video is displayed on *every* monitor connected to the computer (this seems to happen with AMD video cards) and on some systems this video is only displayed on *one* monitor (this seems to happen with NVIDIA graphics cards). This card has 3 DP outputs and 1 HDMI output. In my experience, the HDMI output has lowest priority on this card. If there is anything (monitor or VR headset or whatever) plugged into any of the DP outputs, the bootup video goes to the Display Port and the HDMI port has no signal. After an embarrassing length of time figuring out what was going on, the solution was to plug the monitor into a DP output that had higher priority than where the VR headset was plugged in. Fortunately, my monitor also has DP inputs, so I just had to replace the cable, not the whole monitor! It would be much, much better if the bootup video went to *every* monitor that was plugged in instead of just one, but I don't know if that's within NVIDIA & EVGA's power to do. I don't know enough about the UEFI process to say. If the bootup video can only go to one monitor, it would be better if the HDMI output was not the absolute last in priority, to give the users more flexibility. (On the 2070 card being replaced, the priority was DP;DP;HDMI;DP, with the monitor attached to HDMI and the VR headset attached to the DP with lower priority.)

Overall Review: This is a truly great card; it replaced my dead 1080 Ti which bit the dust late last year. Lately I've been playing Dying Light 2 with all settings maxed out, ray tracing enabled and it runs very cleanly with 100+ FPS. It's still expensive even though prices have come down since last year, but it is worth it IMO. I would definitely buy it again.

Pros: When I purchased my Alienware R9 back in spring 2020, I planned on upgrading the GeForce RTX 2080 Super in a couple of years. Well, a couple of years have passed and GPU prices have started to become reasonable again. I decided to go with an RTX 3080 Ti as I wanted 3090 performance without the power and heat (mainly heat) draws. My first attempt was a fail, as the card was way too long. I did some research and found that if you remove the front fan and replace it with a 15mm deep fan you then have some options. This card is the one that I found. I also put 2 more fans in the bottom of my case (where the 3.5 in drive cages were) to bring in more air. When I'm doing normal work the card cruises along at about 38 degrees Celsius, and my games rock along at Ultra settings. I'm pleased and can see this computer lasting me at least 5 more years.

Overall Review: I recommend this for anybody, especially Alienware Aurora owners (once they do the fan swap).