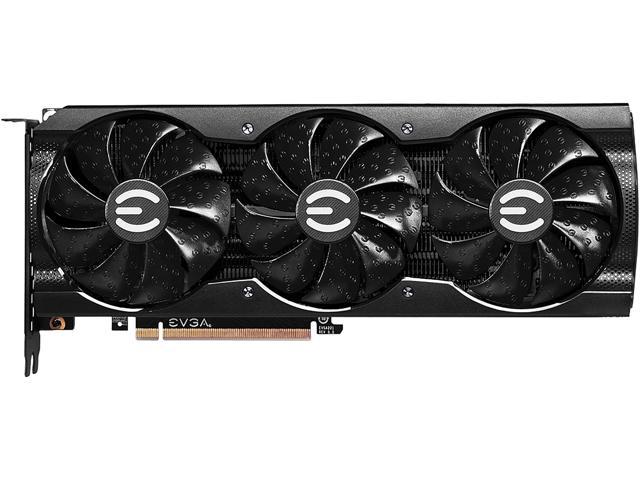 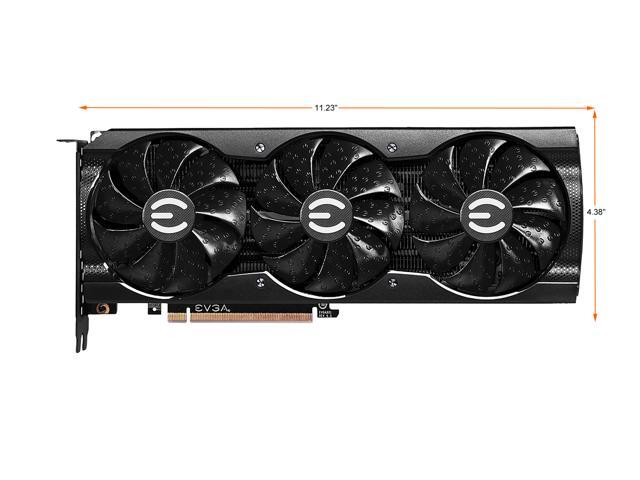 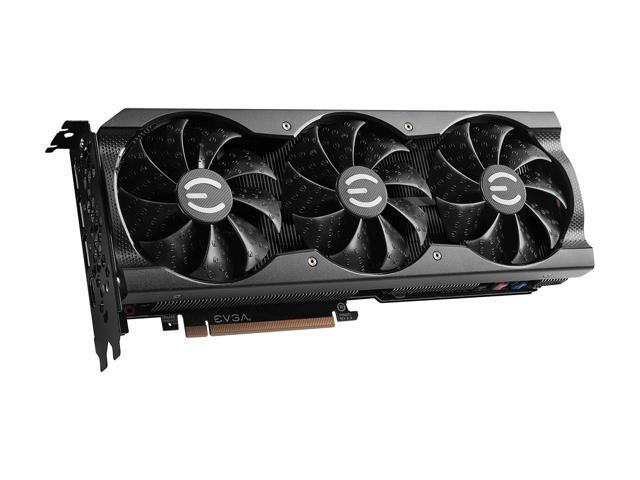 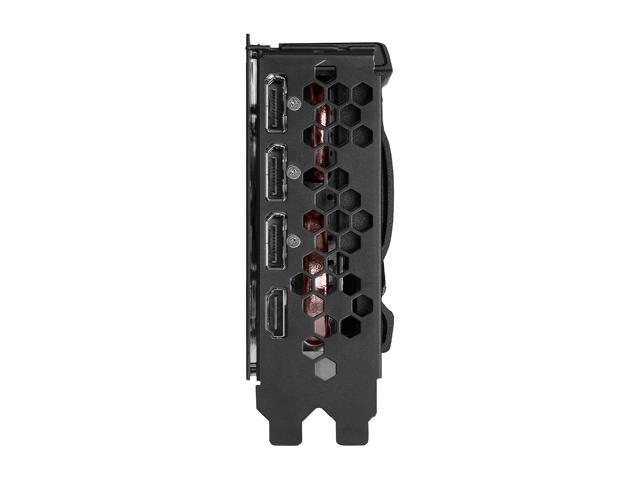 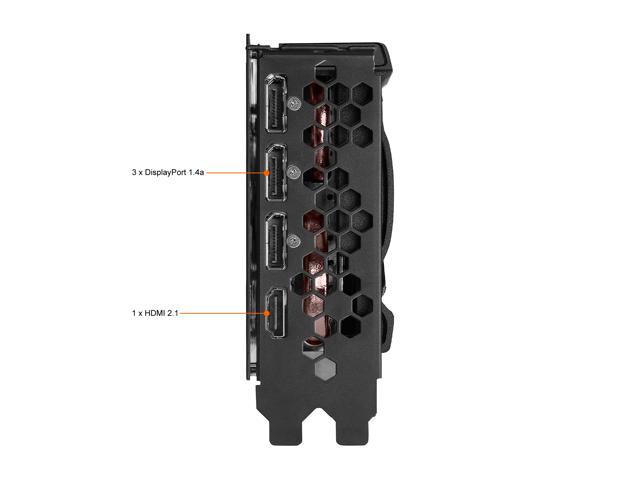 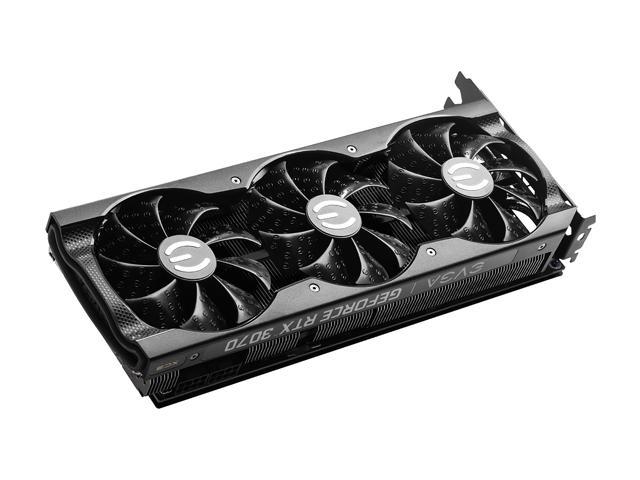 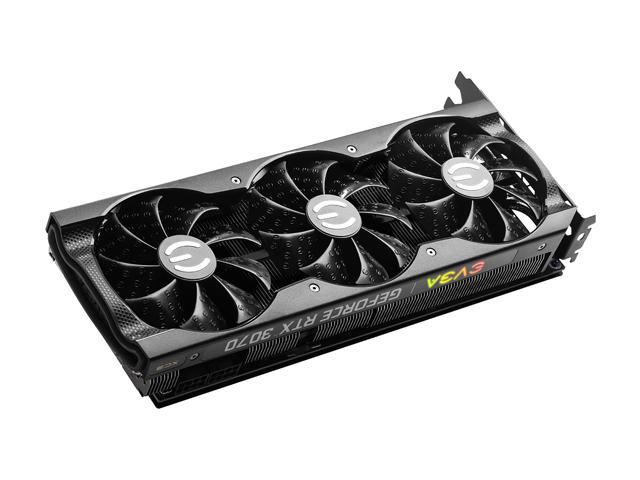 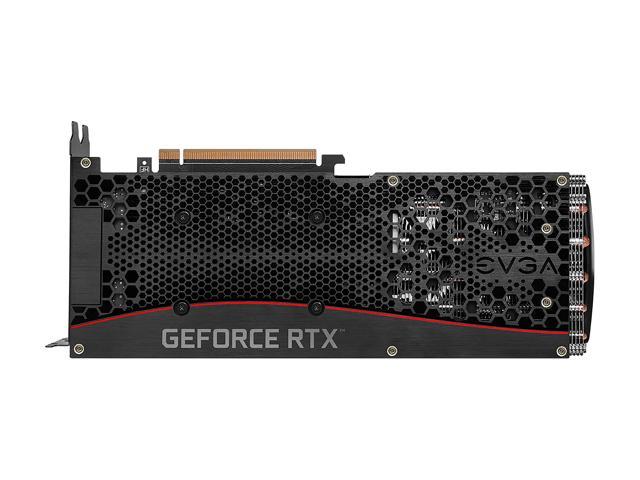 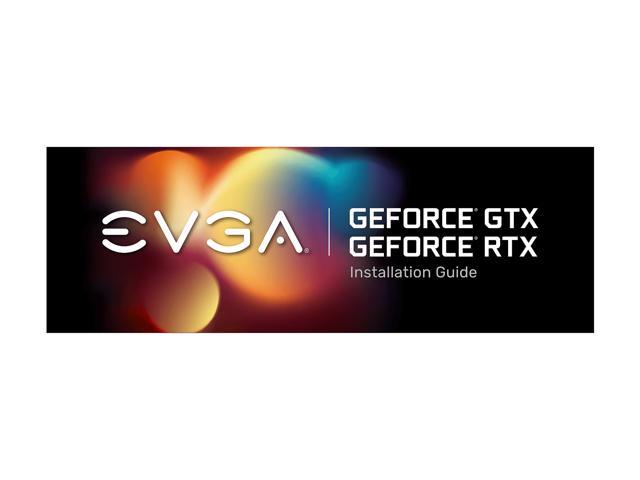 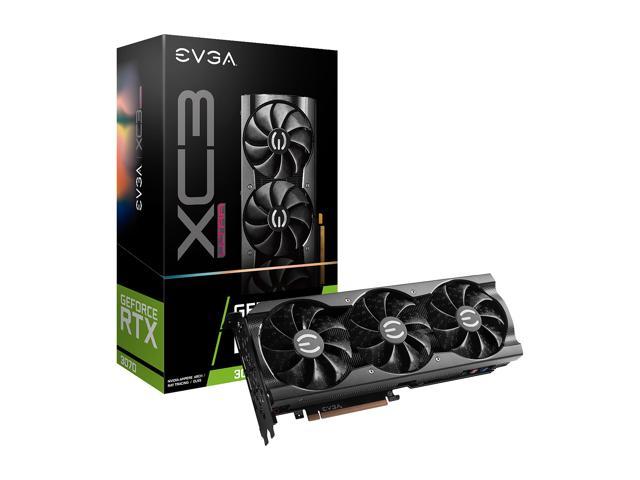 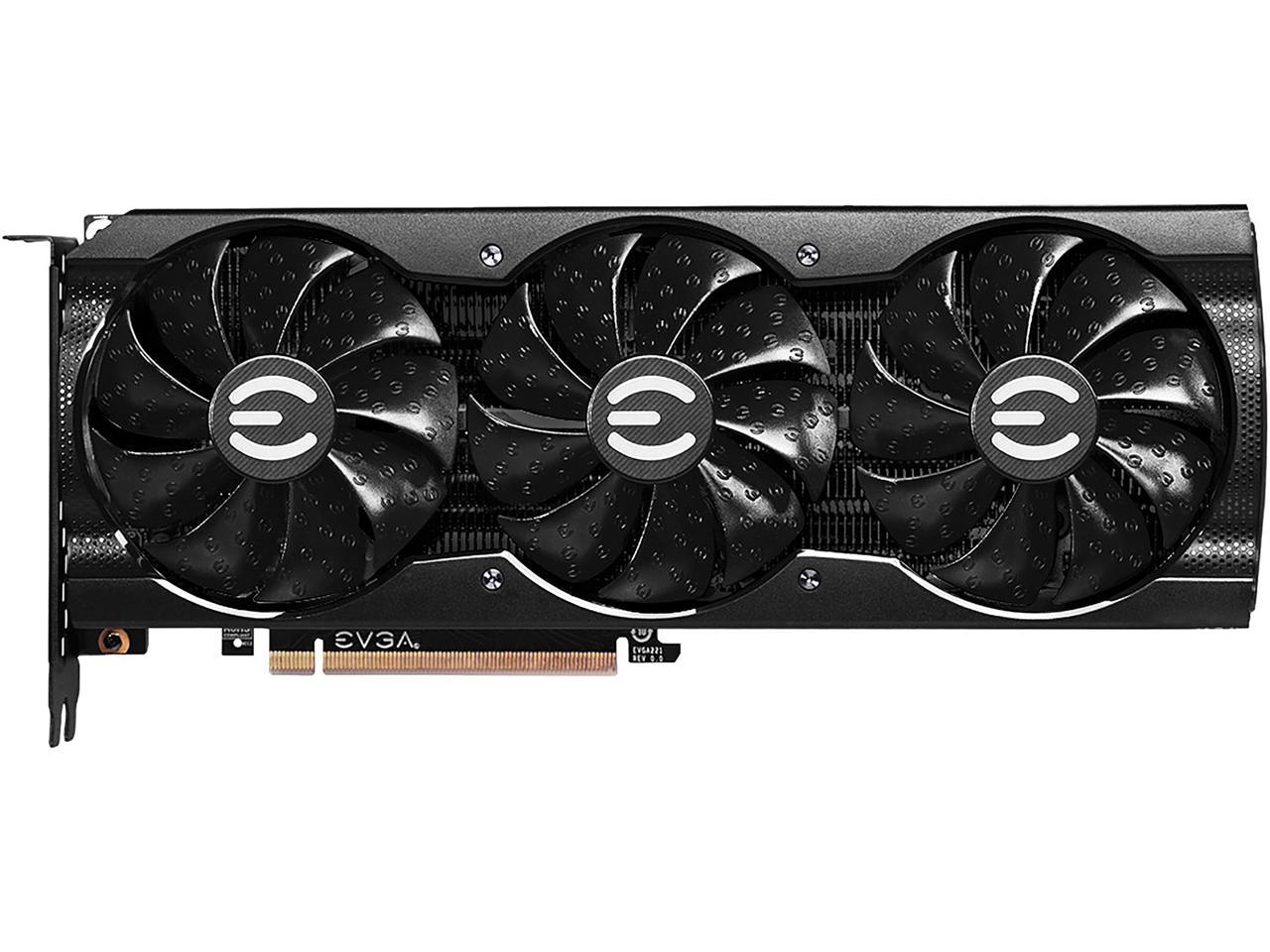 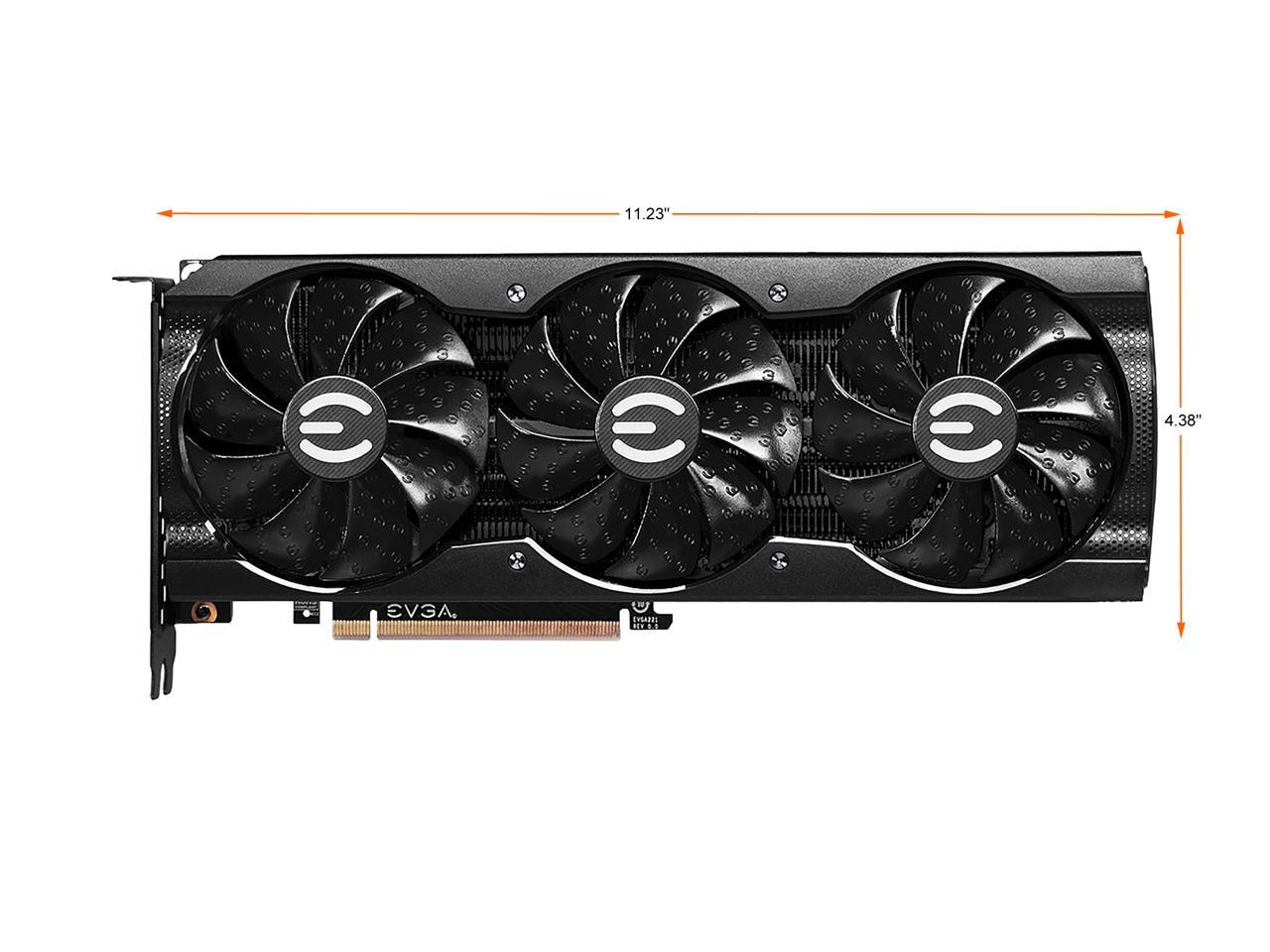 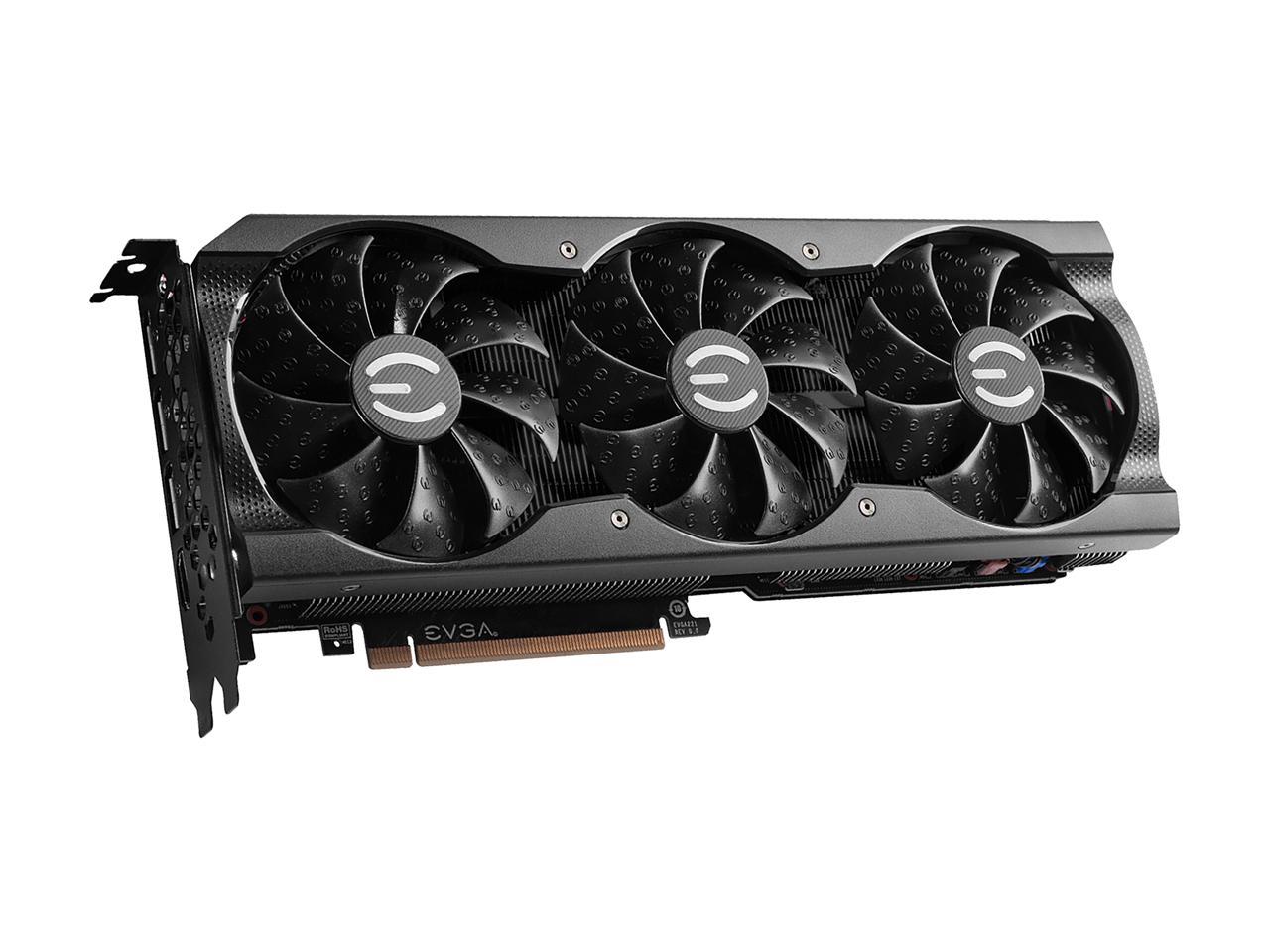 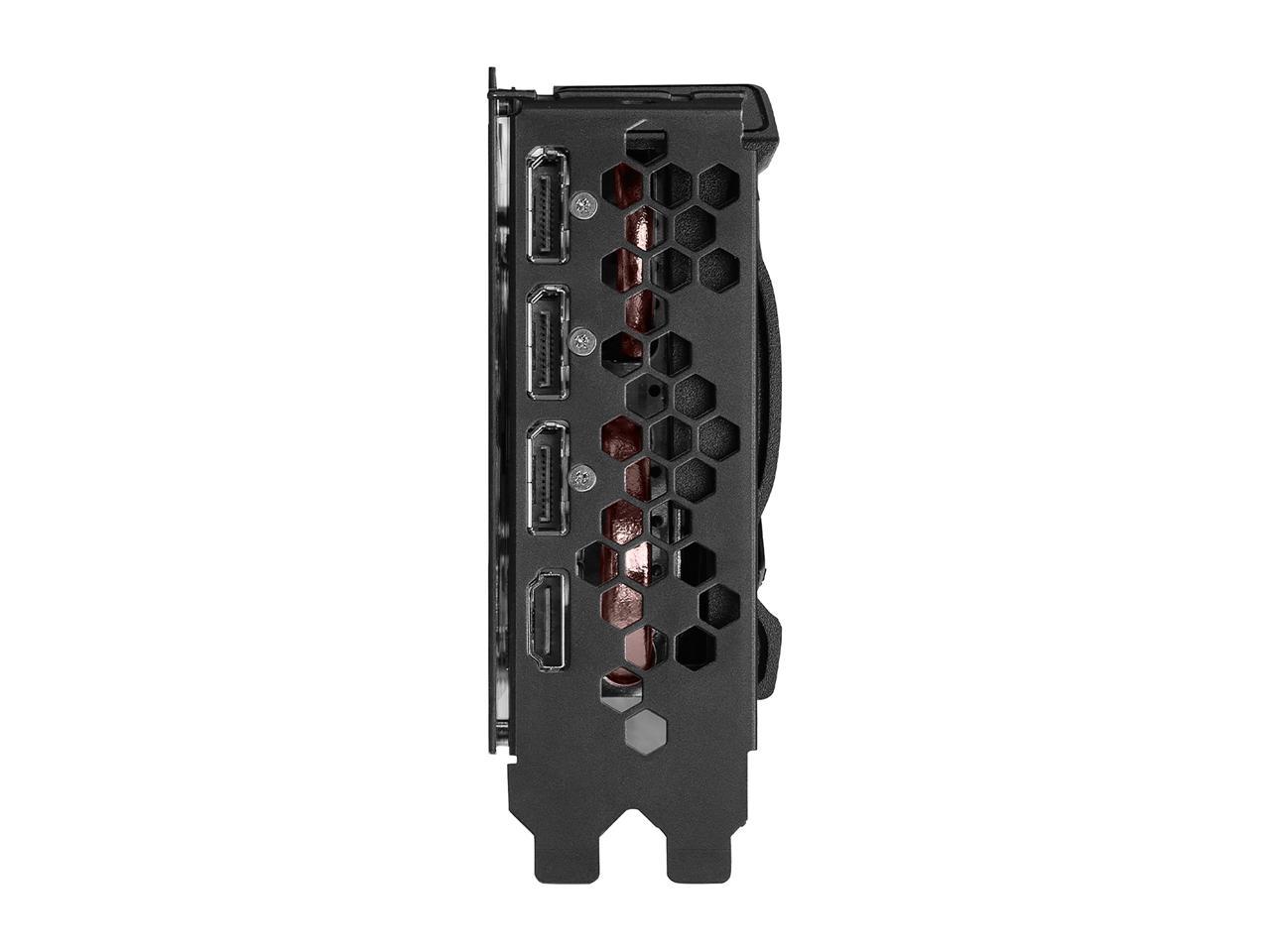 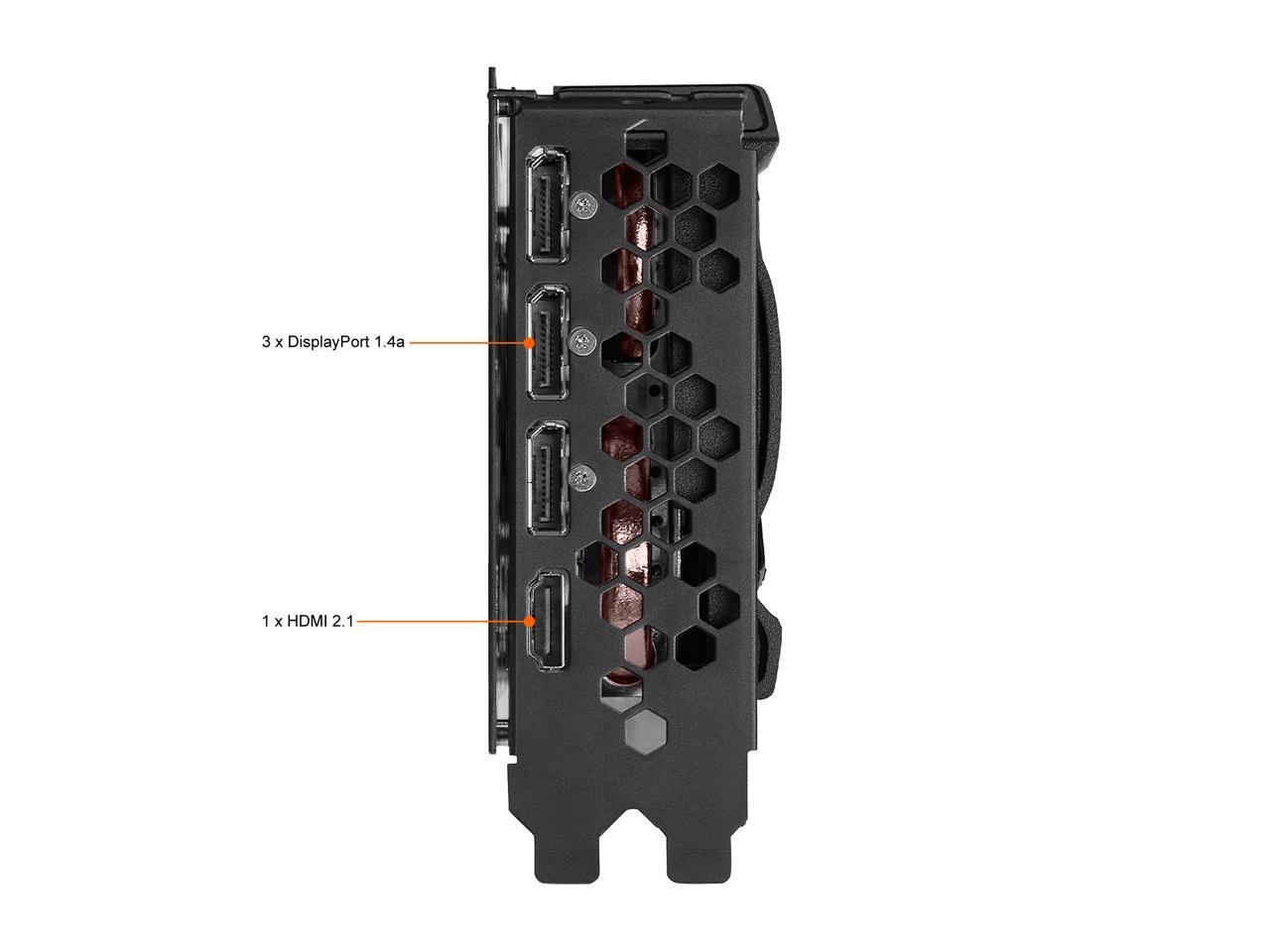 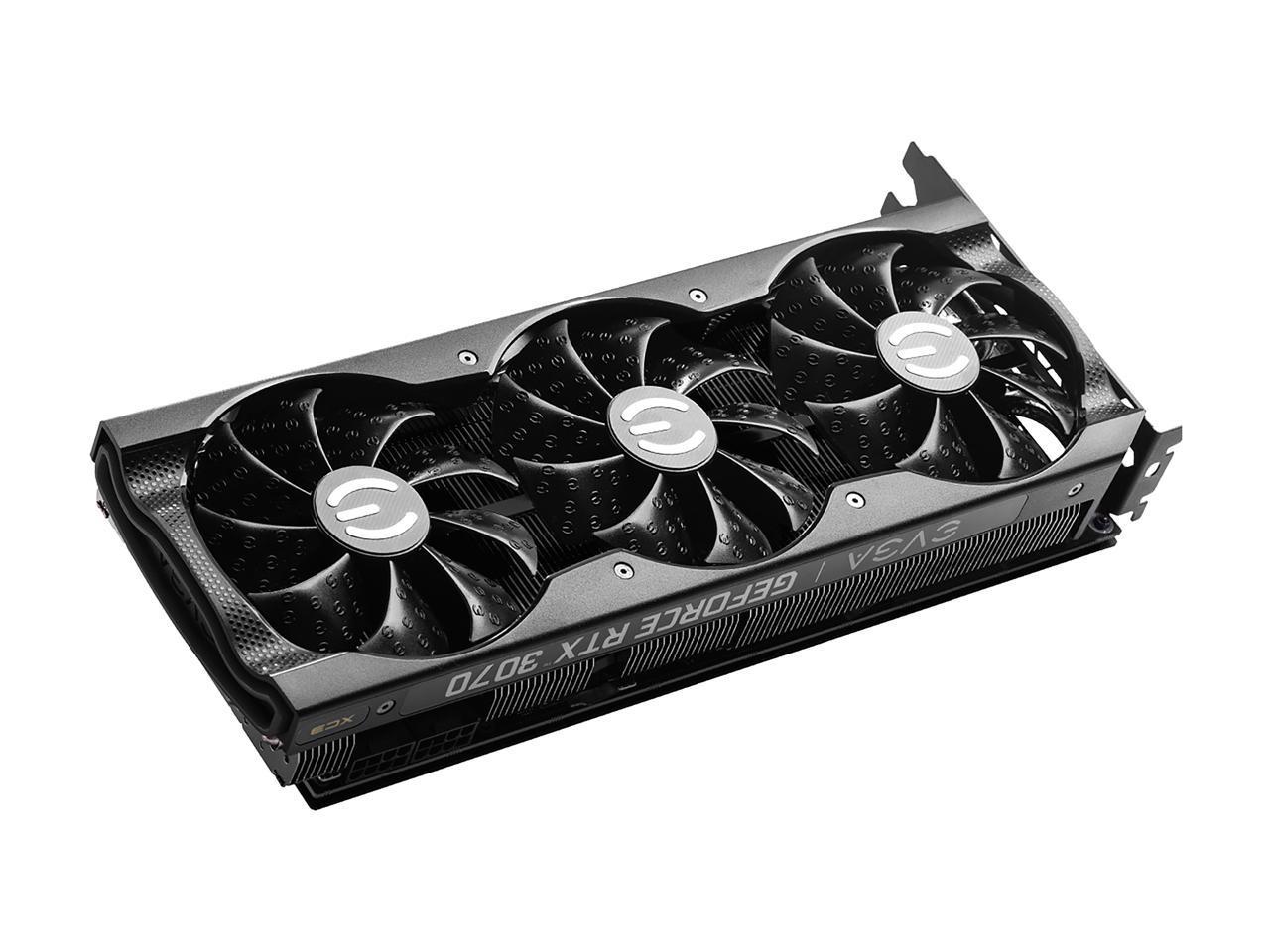 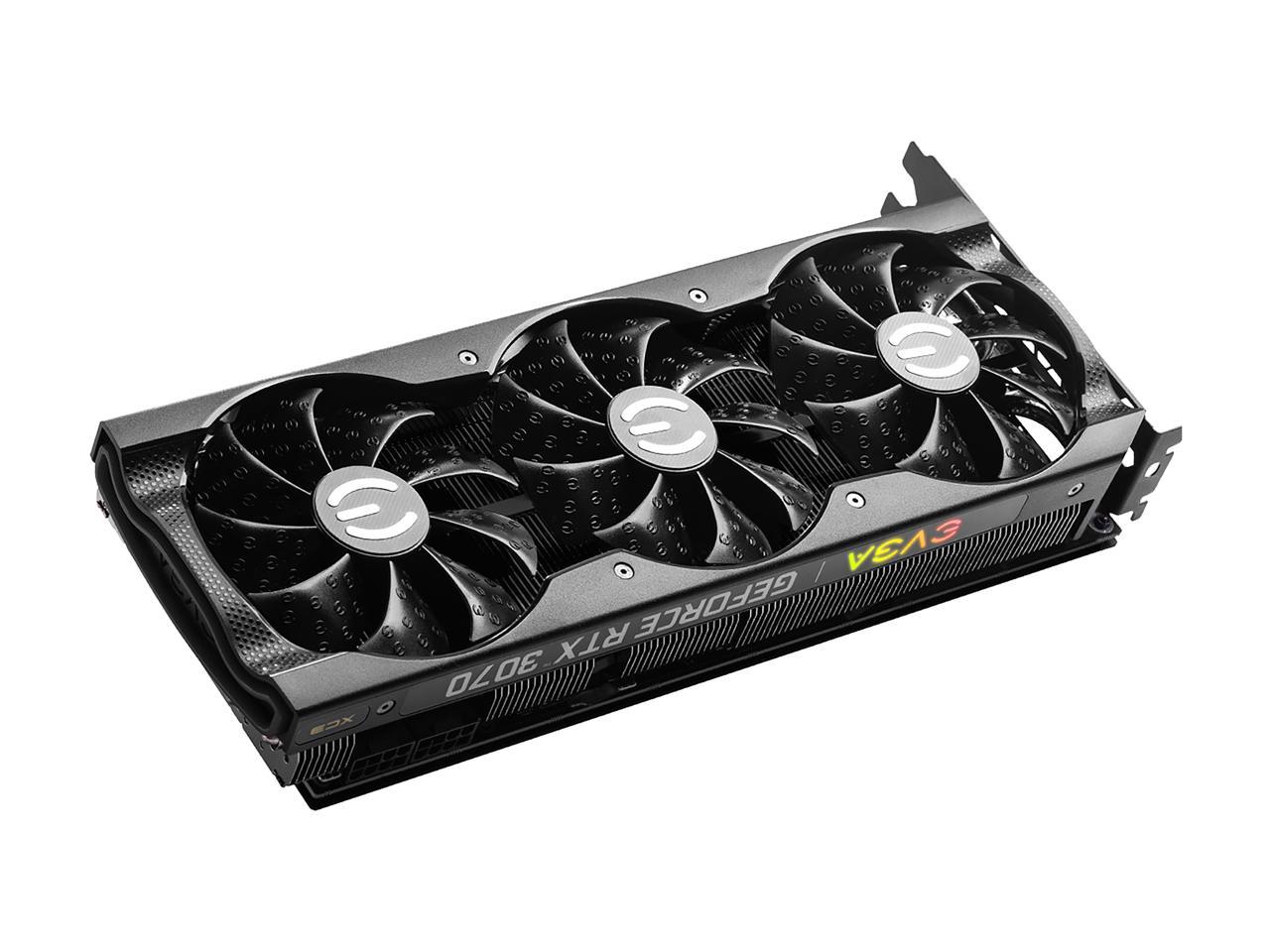 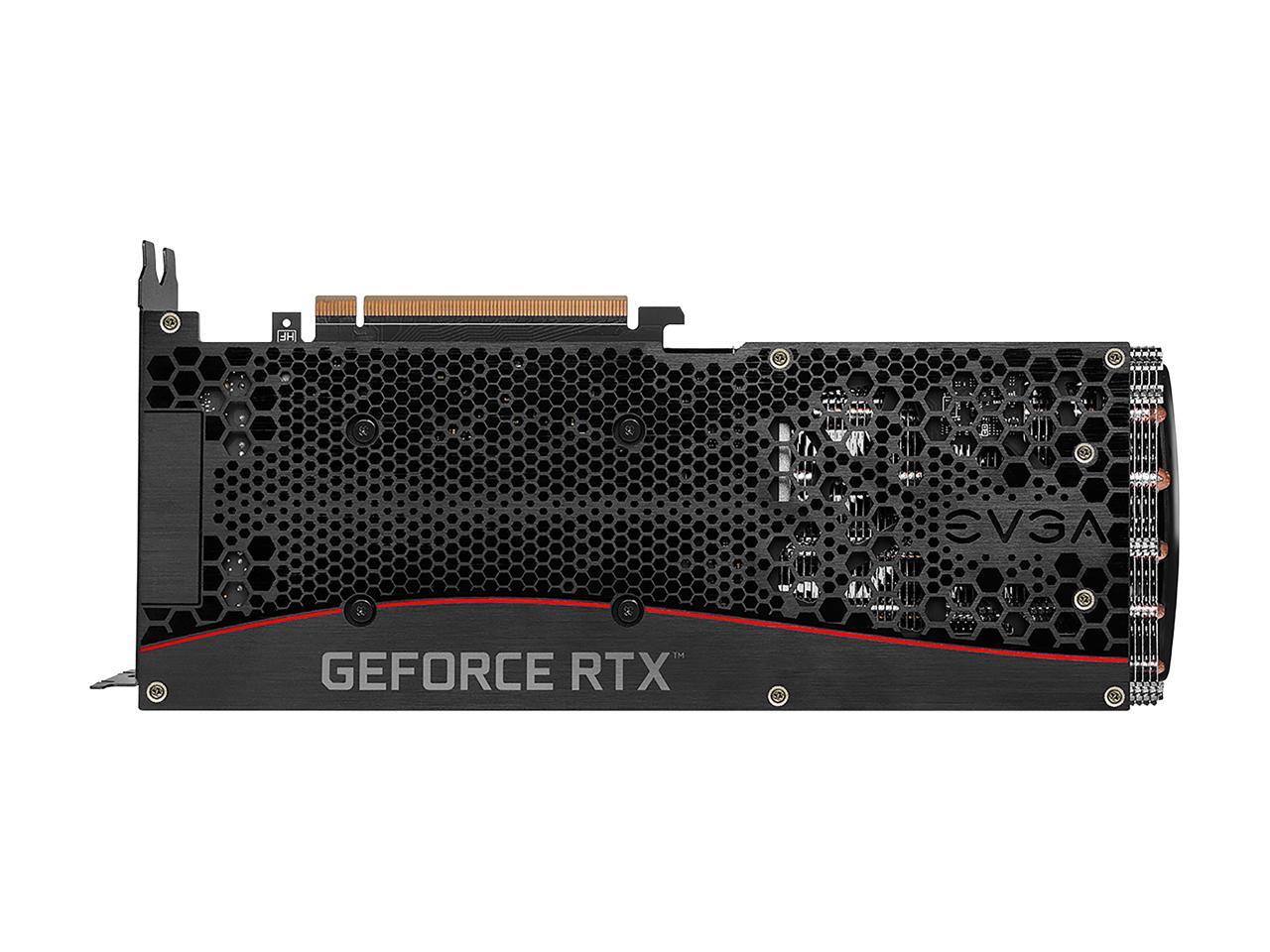 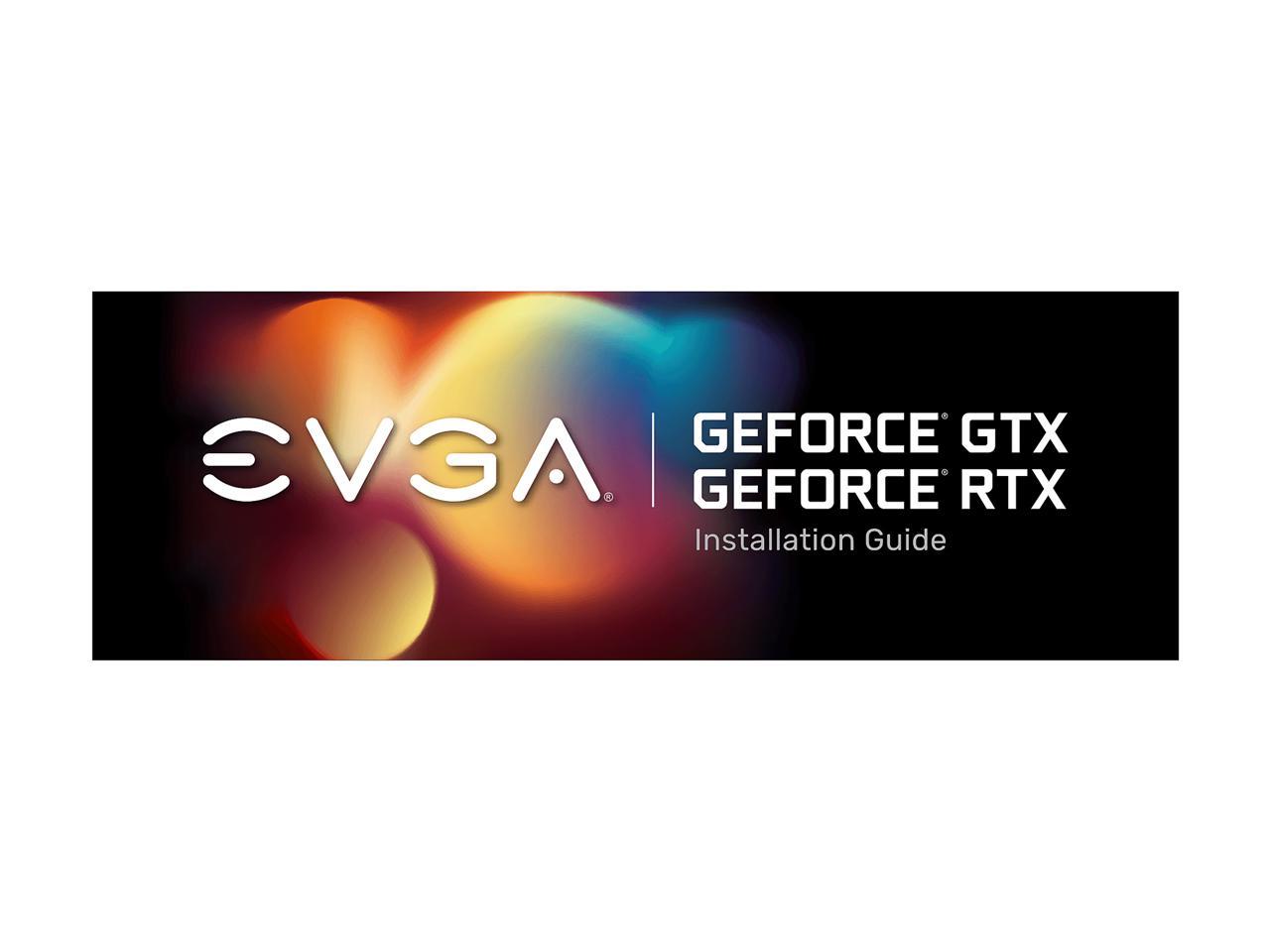 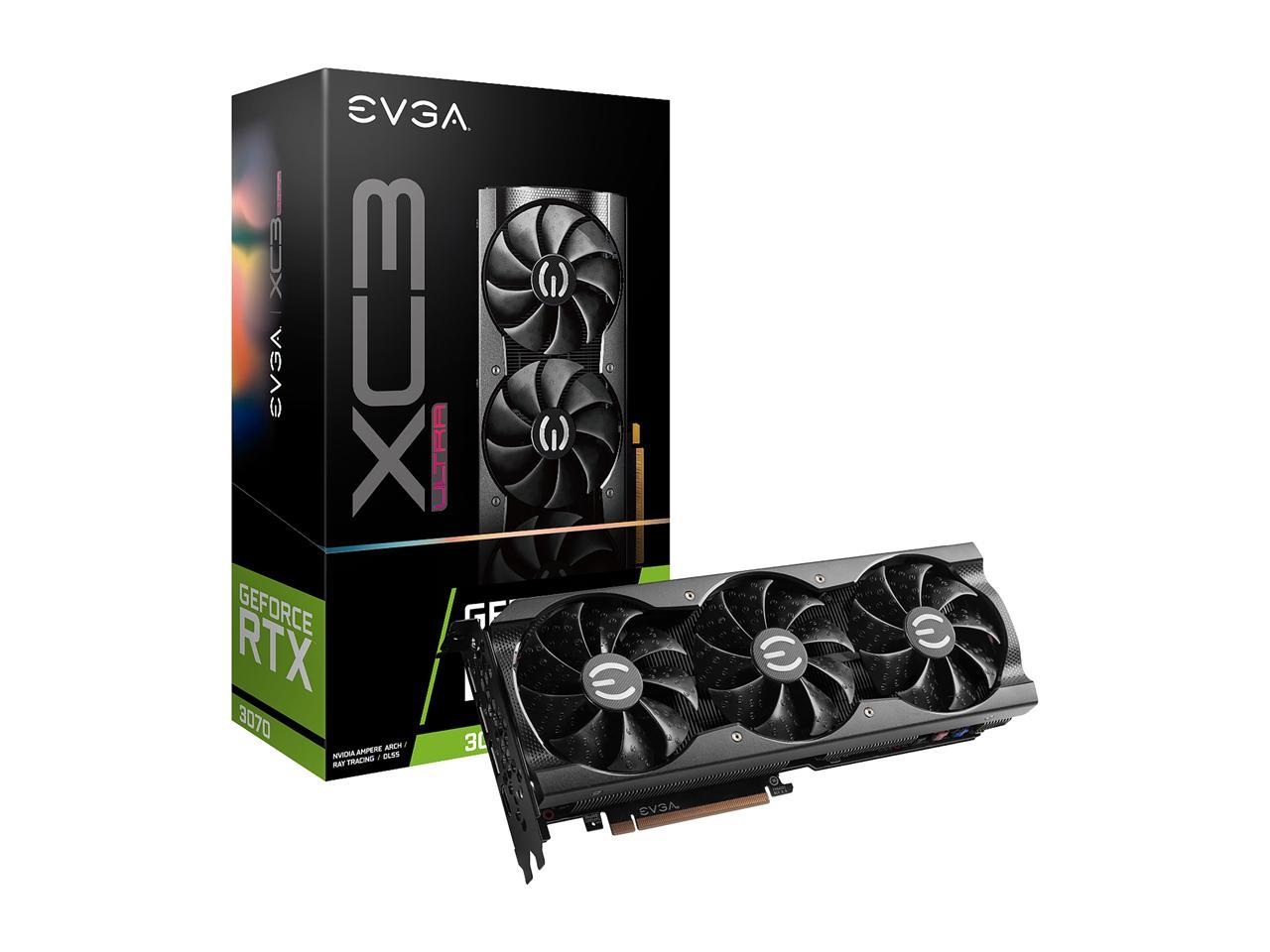 An undeniable force is here. The planets align as the next evolution of the ultimate gaming experience has emerged.

These new cards are colossally powerful in every way, giving you a whole new tier of performance. They are powered by the NVIDIA Ampere architecture, which doubles down on ray tracing and AI performance with enhanced RT Cores, Tensor Cores, and new streaming multiprocessors.

The EVGA GeForce RTX 30 Series is the absolute definition of ultimate performance.

The EVGA GeForce RTXTM 3070 is powered by the NVIDIA Ampere architecture. Built with enhanced RT Cores and Tensor Cores, new streaming multiprocessors, and high-speed G6 memory, it gives you the power you need to rip through the most demanding games at 1440p resolution. Combined with the next generation of design, cooling, and overclocking with EVGA Precision X1, the EVGA GeForce RTX™ 3070 Series creates a definition for ultimate performance.

Patented copper base is 25% larger to cover both GPU and RAM area to improve thermal transfer and GPU/RAM cooling.

Pros: Can run pretty much any game I throw at it, maxed out at 1440p. Paired with a Ryzen 5800X, Destiny 2 runs at 99% GPU usage but steadily between 110-136fps. BFV maxed out in HDR is mind-blowing at 120fps. Build quality is pretty good, the aluminum back plate is an excellent touch. 3 year warranty from EVGA.

Cons: Card does run a bit hot, which is expected. Peak ranges from 72-76C with auto fan profile.

Overall Review: Replaced my aging GTX 1060 6GB SSC. Quite the upgrade jump! Got this one bundled with an EVGA 700W BQ power supply which I didn't need but that's the Newegg Shuffle for ya. Be patient and your time will come to snag one of these legendary cards!

Cons: The card crashed within a minute or two in games with RTX enabled (tried multiple ones). Also, it started crashing even in desktop after a few minutes. It was probably slapped together to try to meet the demand, so profits >> quality control.

Overall Review: This was a brand new card and the box arrived with no damage. This was simply a defective card that eVGA clearly did not quality control to ensure that it was working properly. I double-checked power connectors, proper driver installation, and it just flat out didn't work. I put my 1080ti back in my system and everything was fine again. I will try RMAing with eVGA and will consider upgrading the review based upon how well that goes.

1 out of 1 people found this review helpful. Did you?
Manufacturer Response:
Dear Valued Customer, I can assure you that we are here to assist and support you as best we can. If you haven't done so already, I would encourage you to contact our Technical Support Team by phone at 1.888.881.3842 and pressing option 1 or by email: newegg@evga.com with your reference number, ticket #4196898 so that we can further assist you. Regards, EVGA
Anonymous
Ownership: 1 day to 1 week
Verified Owner
Just happy that I got one7/2/2021 2:39:02 PM

Overall Review: Let's be real. At this time, I'm just happy that I was able to get one at MSRP. 5/5; it's working and it's a huge upgrade form the 1070ti. To my fellow gamers. Happy hunting -J

Pros: low temps and excellent frame rate. I come from a 580 8GB so it's a big upgrade.

Overall Review: I love the GPU

Pros: My last 5 GPUs were all EVGA. Of those 5, only one died near the tail end of the warranty period. This was probably due to the fact that it was running in SLI with an identical card directly below it. It got almost no airflow and all the heat from the card below just rose to the card above. In spite of the fact that the card was by then discontinued and obsolete, EVGA still managed to replace it with an identical model so that my SLI setup would still work. Many years later, one of those two GTX 460s died again, but not before serving out a long life, well beyond the original warranty period. 4 of the 5 GPUs I mention are still in 24/7 service today. A GTX 460, 960, and 1060, as well as a RTX2060. I have handed them down to family members each time I upgraded. Because of EVGAs excellent reliability, all those family members get another upgrade now that I have my EVGA RTX 3070. EVGA makes quality products and their customer support is excellent. I must give a huge thanks to Newegg for their shuffle program and EVGA for not marking up their products on newegg beyond what they charge on their own website. I got my 3070 at MSRP! Other manufacturers that are available on the Shuffle program are at least a couple hundred dollars over MSRP. I was lucky enough to happen to win the chance to buy exactly the card and brand I wanted. This card manages to not look stupid. Lets face it, there are some stupid looking GPUs out there. EVGA even took steps to make it look even better by installing black lips instead of red lips. Why does a GPU have lips you ask? I can't tell you that. But early revisions of these cards were almost entirely black, but with a weirdly shaped bright red part at the end. The internet hated it and EVGA responded not only by changing the design on new models, but also offering anyone with a red lips model a free replacement fan shroud with black lips at no cost! (Just email redtrim@evga.com). This is just another example of what a great company EVGA is.

Cons: This features addressable RGB LEDs you can control with EVGA software, but unfortunately only the EVGA logo is illuminated, NOT the "RTX 3070" part. This seems to be common among many products that feature RGB, they tend to light up their brand name more than anything else. I would prefer that I could also lite up the part that points out what a great GPU I have, not just the brand.

Overall Review: I haven't had the time yet to test this extensively with many games, but I can run Red Dead Online at max quality with the FPS pegged at 75 FPS (vertical synced on a 75Hz Monitor). Like the rest of the world, I wish this had a little more RAM so I could be confident that I'm future ready. Coming from a RTX2060 with 6GB,and a GTX1060 with 6GB before that, this 8GB doesn't seem like a big increase...especially when the RTX 3060 has 12GB. It makes no sense to me, but people say there are reasons for this. I just hope that in a few years time I will not have to sacrifice quality settings on more modern games to keep my memory usage in check. For the price I paid, I don't think 16GB would be too much to ask, but from the sound of things.....it would be overkill anyway.

Overall Review: Would recommend this card to anyone who loves to game.

Cons: Card temp while gaming is 50-60c. during Superposition benchmark it hit 73c The fans don't seem to start going until somewhere around 45c according to Hardwareinfo. EK makes a water block for this exact card but sells the back plate separately. Not quite ready to dump another $300+ into this investment yet but at some point I am definitely going to need to water cool this card

Pros: Easy install, easy install of drivers, had it fully operational in 15 mins. A great product and has beautiful visuals.

Overall Review: I totally recommend this product to gamers and to improve PC performance.