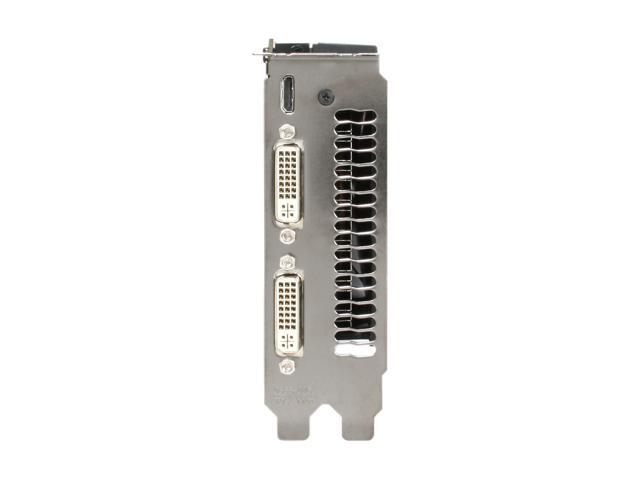 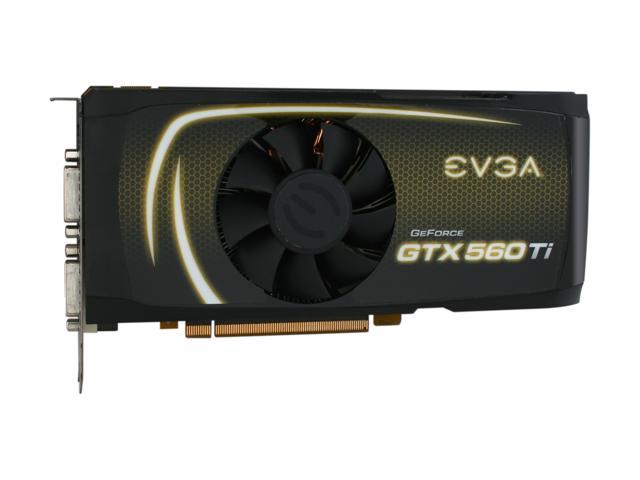 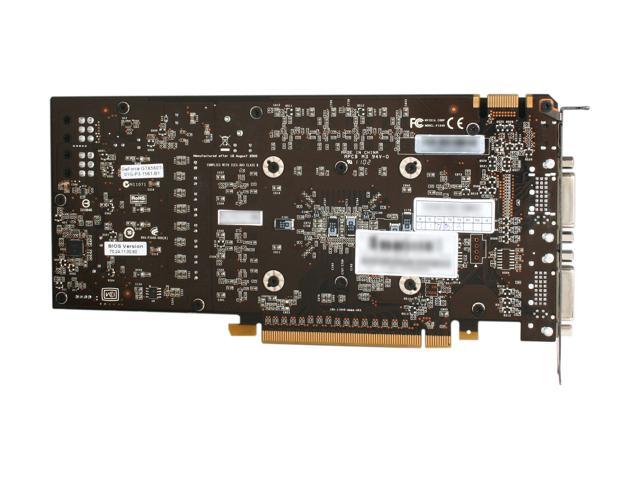 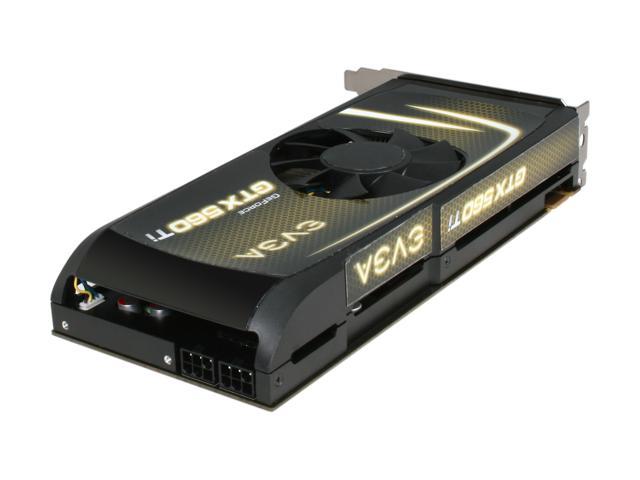 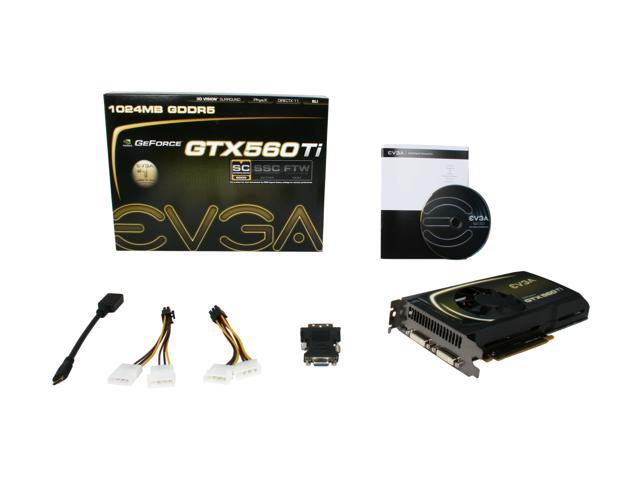 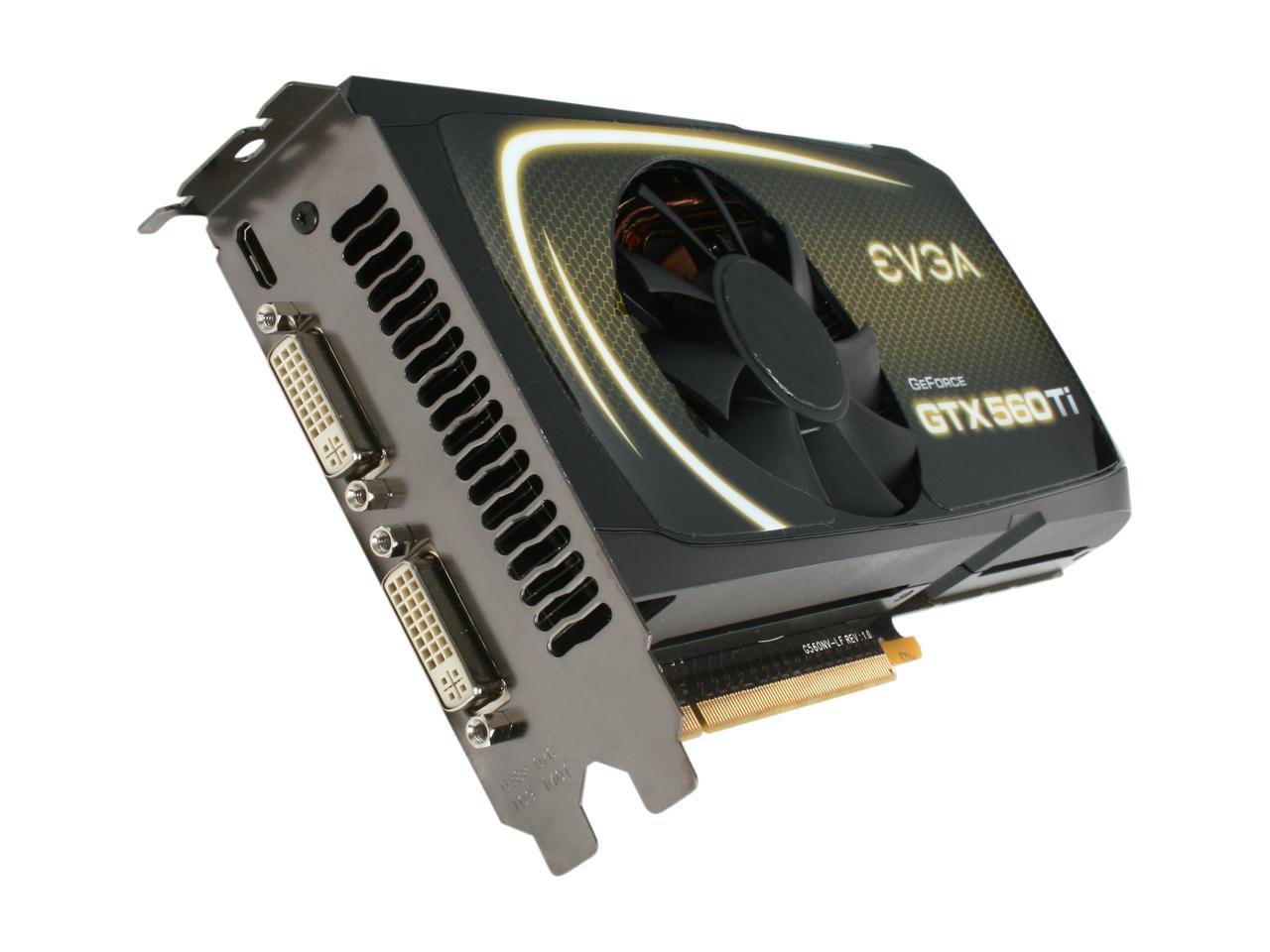 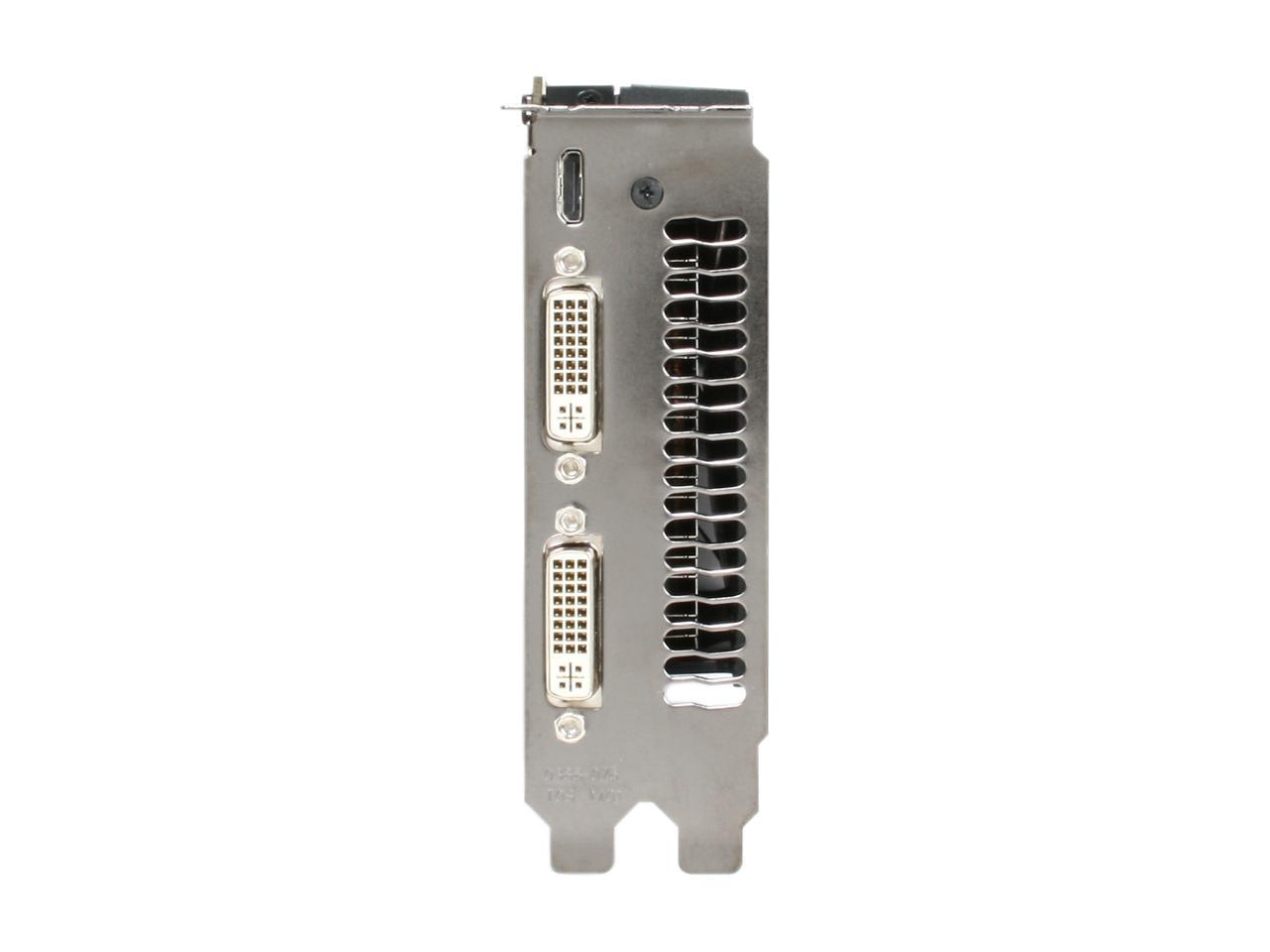 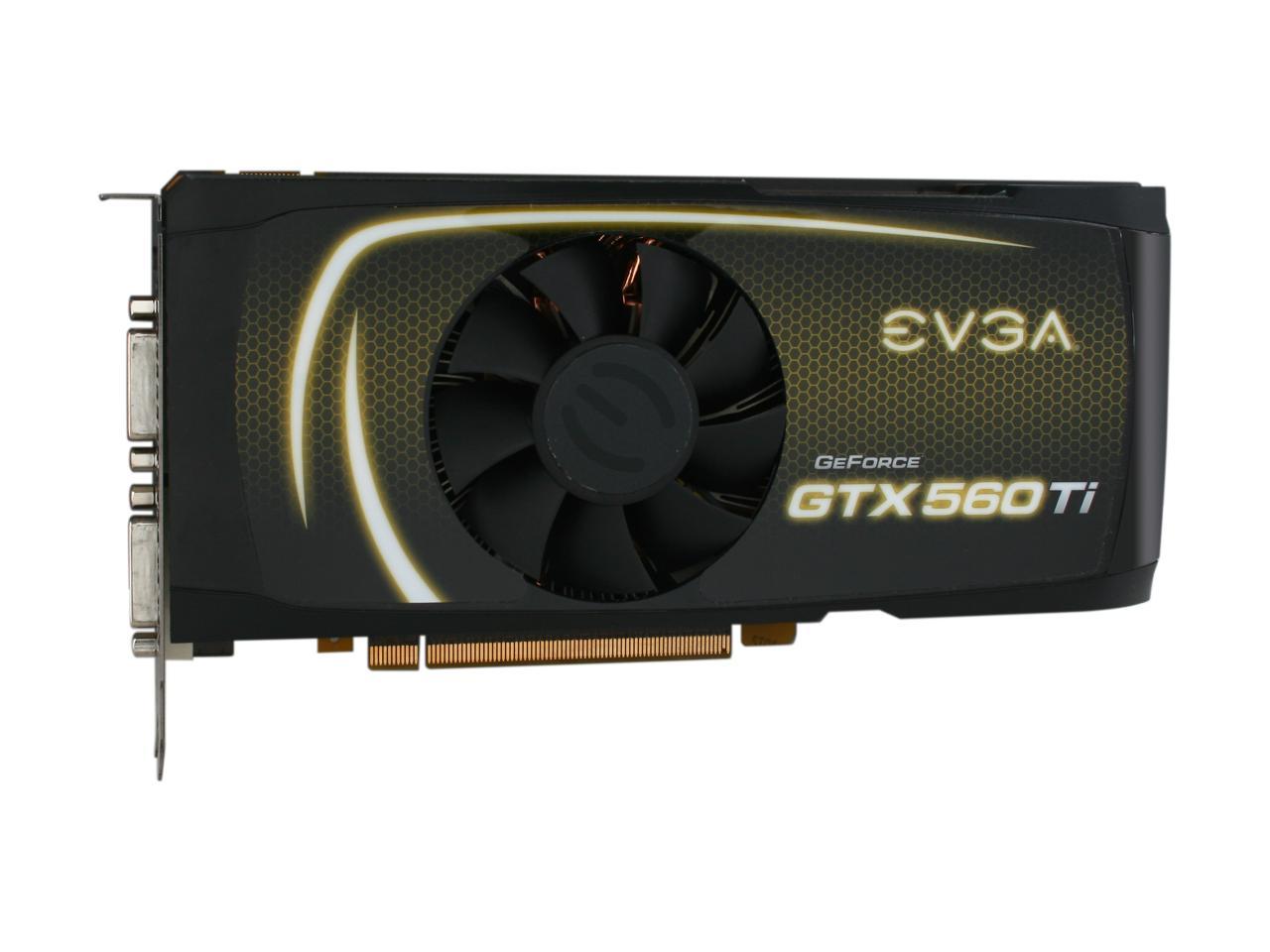 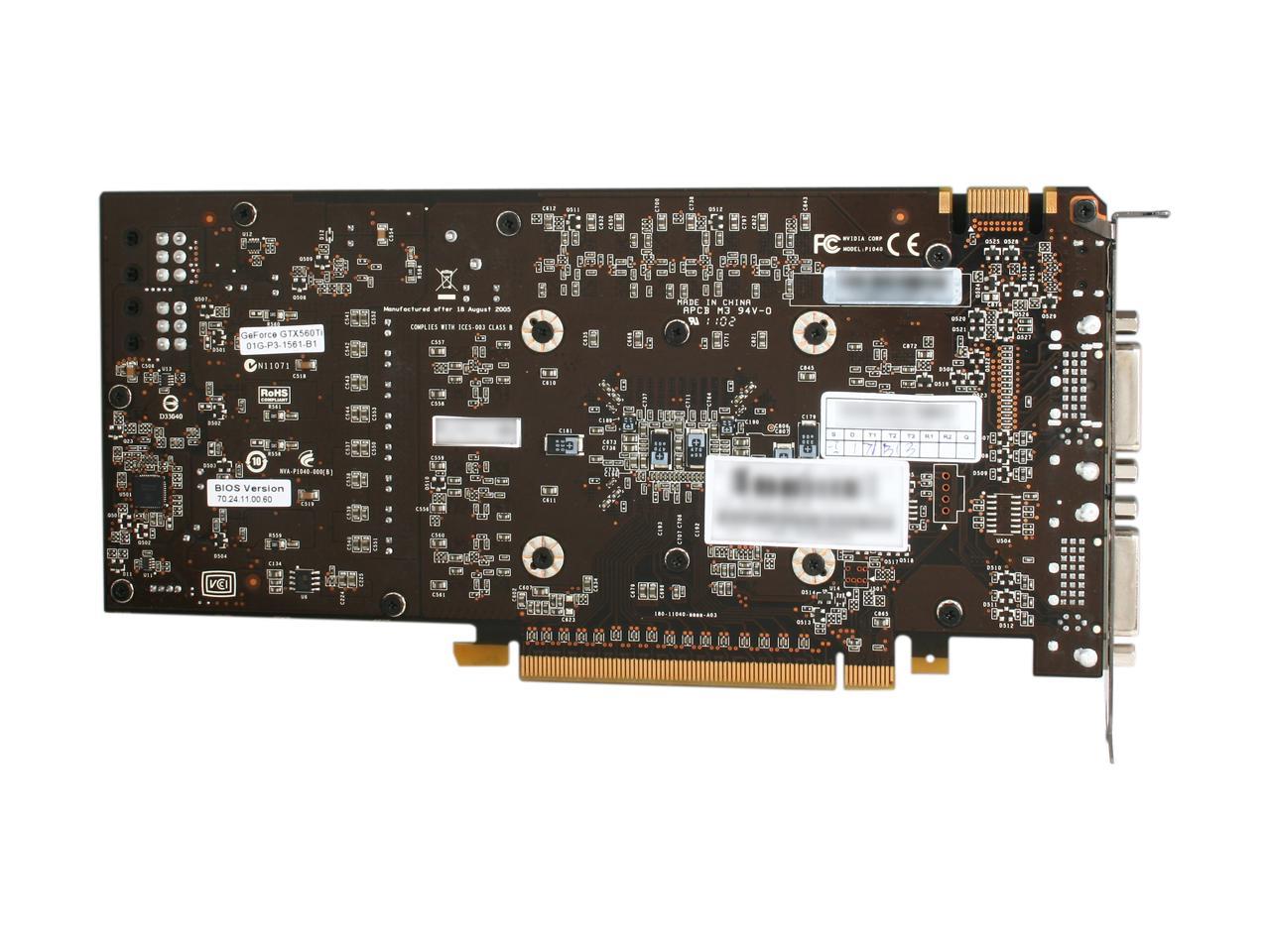 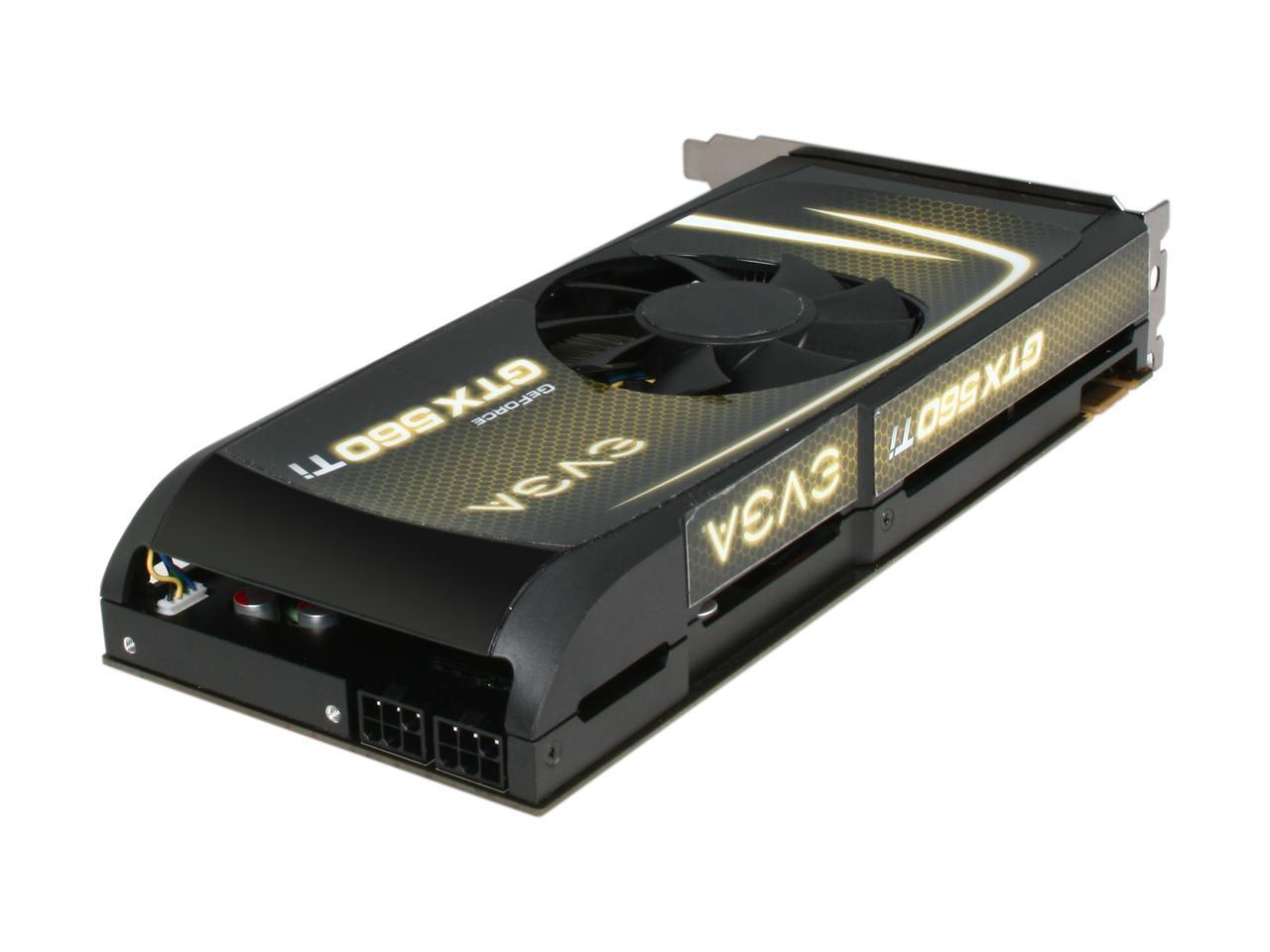 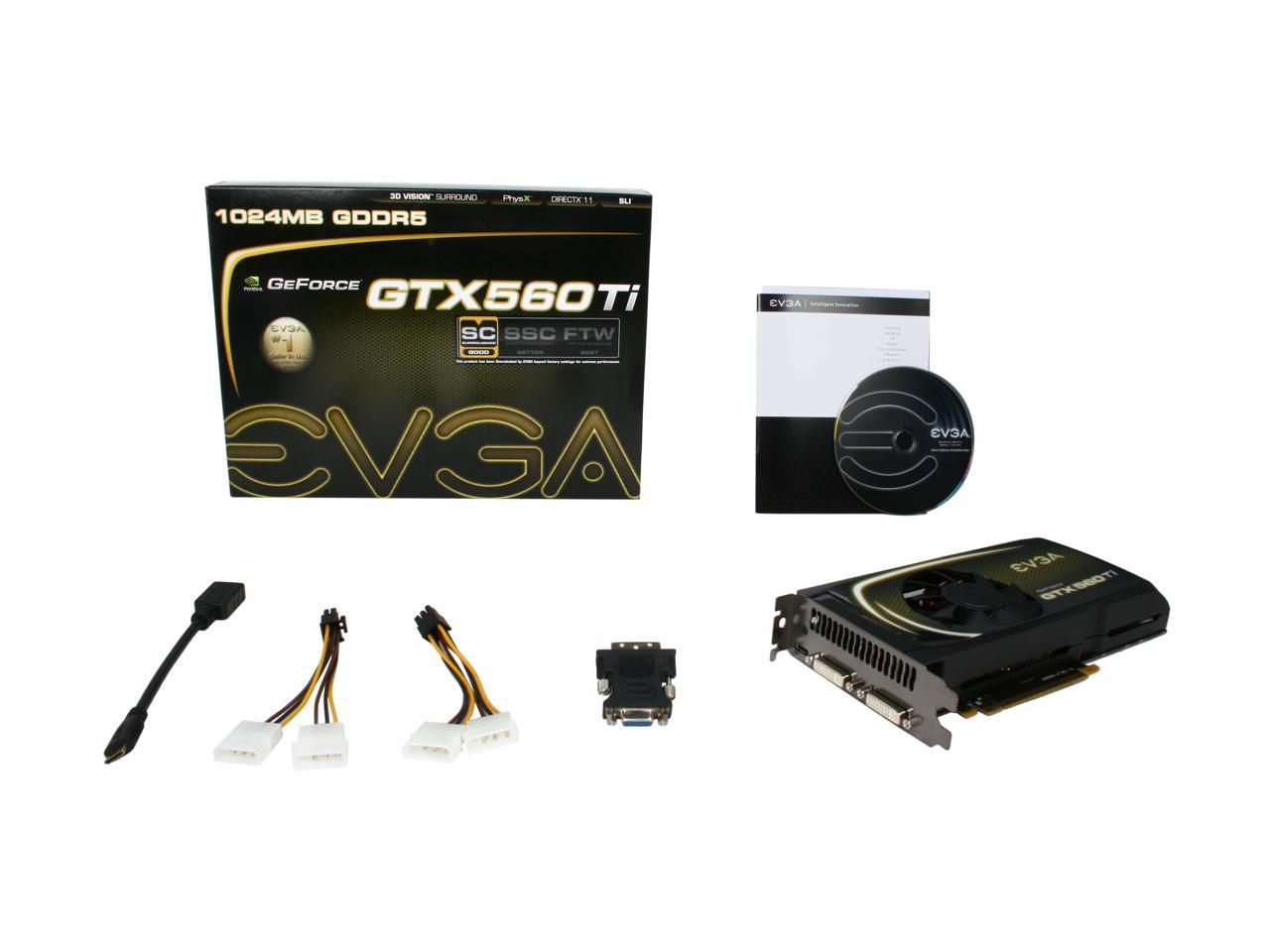 Pros: -Good budget performance -Stock Overclock is easily OC'd even higher -I was able to get a stable 1100Mhz Core clock, didnt push much farther though. Temps were pushing high 80's. -Good heatsink -Good fan -No BIOS issues -So far nothing has come close to holding back my PC with these in SLI. -Packaging is very professional. -All adapters needed are included.

Cons: -Size. For my case they are smallish in size. The reason this is a con is because if they were a little larger than more heat would dissipate so that i could OC more and more. They are great for anyone with a mid-tower and factory oem case. -No free games -Mini HDMI port, comes with adapter however. -The shroud will most certainly let everyone know that it is EVGA, seems a little much to me. This is a nit picky con though. -These cards seem to have a tough time recognizing my TV as a display. If i boot the PC with the TV on and on the HDMI input for the PC it is fine. If i change the input and change back it loses the signal and reverts to a single monitor. Sometimes it will still recognize the TV but not show anything. I believe this may be a faulty cable, BIOS issue with the cards, or somewhere in all my tinkering with my PC i may have messed it up.

Overall Review: I bought this card specifically to play Rift in the best settings. With everything on the highest settings and only shadows, ground clutter / density turned off, I average about 30 FPS. This is at 1920 x 1200 resolution and with Supersampling turned on. Of course, the FPS drops a lot when there are a lot of characters on screen all using their skills and spells, but that is to be expected. This card runs very hot and loud when it's under load. Very disappointed because my previous card, the GTX 260 ran very cool and quiet. It's get so hot, I had to take the side cover off my PC and lay it down on the side so it can vent this graphics card. It's not enough of a reason for me to return it (not that I can at this point anyway), but it may be a deal breaker for some people who like to have cool and quiet systems. If you're one of those people, avoid this card. All in all, I'm satisfied with the EVGA GTX 560 Ti. It performs well for the price you pay. Just wish it wasn't so loud an

Manufacturer Response:
Hello, If you have not already done so please download our precision program (evga.com/precision) it will allow you to monitor the cards temperature and manually adjust the fan speed. If you still experience problems with heat please contact our 24/7 technical support (888)-881-3842
Craig A.
Ownership: 1 week to 1 month
Verified Owner
Fantastic Card4/5/2011 4:00:52 PM

Cons: As with all newer hardware..prices are always a bit steep. No option for 3x SLI, minimal software package.

Cons: My only complaint and the reason I knocked off one star, is the fan is LOUD once it gets up to over 50 to 60% speed. Even with the case closed on my Antec 900. Also I HIGHLY recommend using something like the MSI AfterBurner utility since the stock NVidia driver fan speeds were not sufficient for keeping the GPU cool. With the NVidia drivers my GPU would reach 85C after a long BF3 gaming session. With MSI AfterBurner they usually stay b/w 70 and 75C.

Pros: This us a great card. When nvidia created the 560ti they created a card that fits in the sweet spot of price and performance. After the 560ti you start to have diminishing returns on the price increases. Before you really are overcharged for performance. As to this card specifically, it is great that it comes factory overclocked at no additional price. The OC is not massive but an improvement on which you can still build but even here evga have found the exact spot where any more overclock has a diminishing return vs. Temperature and power consumption.

Cons: The only con is the fan noise issue. The stock fan can handle the OC well enough so I can see why evga left it the way it is. But when running this card in SLI or a small/mid sized case the heat can be an issue. And the fan noise above 60% is fairly loud. Personally I am running it in an antec 1200 case so I never reall have heat problems. But I used evga precision to test noise of the fan to write a comprehensive review. With good cooling this will not be a problem though. I know there are roughly egual cards from other manufacturers that have better cooling set ups but in the end I still find evga's life time warenty and the quality of evga products the best around. And the slightly higher price I think is justified.

Overall Review: This is a good card. Proof is that I just bought another after 3I months to SLI because I liked it so much. There really is no need to get two for most games but I do a lot graphical work where I like to place some of the strain on the GPU and not just the CPU.

Pros: Excellent graphics card. This is the first EVGA product that I've bought and I've never had any problems with it. Right now it's overclocked to a smooth 1035 Mhz on the core and 2350 Mhz on the memory (4700 Mhz effective). Run's cool and quiet, and at the speed which I'm at right now it walks past a stock GTX 570/HD 6970/HD 6950. Excellent value for money.

Cons: To be honest, I couldn't find anything that's wrong with this card.

Cons: -The plastic wrap is noticeable on the front, but i didnt realize it was on the top as well until i put it in my case. 3 total plastic pieces to take off! -Had to tinker with nVidia control panel settings to improve FPS to 65 from 35 for Starcraft 2 on Ultra. (google how to improve FPS for sc2 for details)

Overall Review: I recommend to setup fan profile with EVGA Precision so it can ramp up at temperature it hits. It's quiet at 60% for me. I recommend ditching your alienware case if you have one too. Air flow/temperature is very important for me since i live in the valley and it can easily get over 90 in the summer, so this was a fantastic change. My 8800GT would get to 78C on LOW settings for SC2 @100% fan! High would reach up to 86C @100% fan. Unbelievable. Make sure to delete any existing display drivers. I used driver sweeper through Safe Mode, reboot, installed new drivers from Nvidia.com, reboot. Q6600 stock, 700W PSU, 4GB G.Skill RAM, Evga 780i MOBO, HAF-X, Evga 560Ti SC

Pros: This card is the shamdizzle :) You will "NOT" regret buying this card specifically from eVGA.

Cons: Artifacting and colored artifacts in normal desktop mode after only 8-9 months. HOWEVER read other thoughts.

Overall Review: eVGA is absolutely the best company to buy your video cards from. eVGA support is the best around hands down. I have owned MANY other eVGA cards and recommended these cards to many many people without hardly any issues. Support responds very quickly and tries hard to correct the issue before sending it back. In this case I have sent my old one back today BUT using my old trusty eVGA 7900GTX+ without any issues whatsoever. I would still buy and continue to buy eVGA even though I have had only a few issues in the past several years. :)