This item is currently placed on backorder status and will not be shipped until inventory is confirmed. You will not be charged until this order is processed. Newegg cannot guarantee inventory for backordered items.
Price Alert
Add To ListFound on 62 wish lists 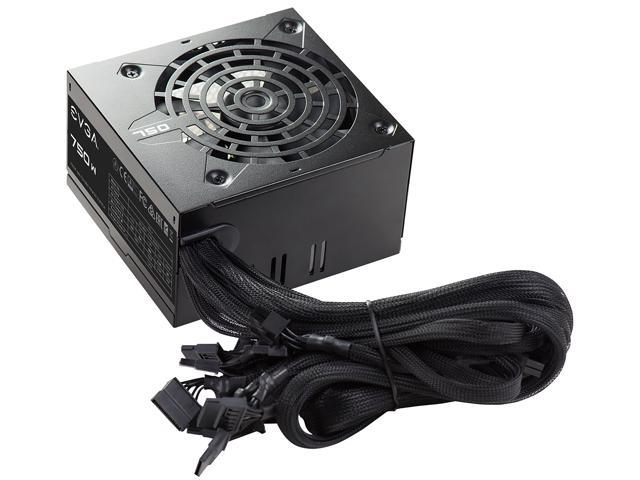 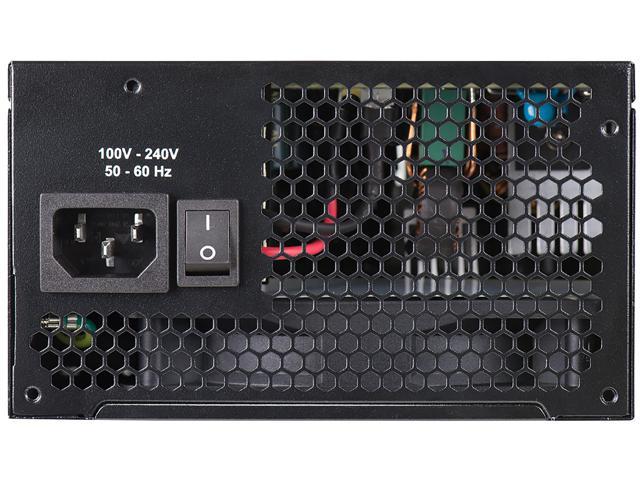 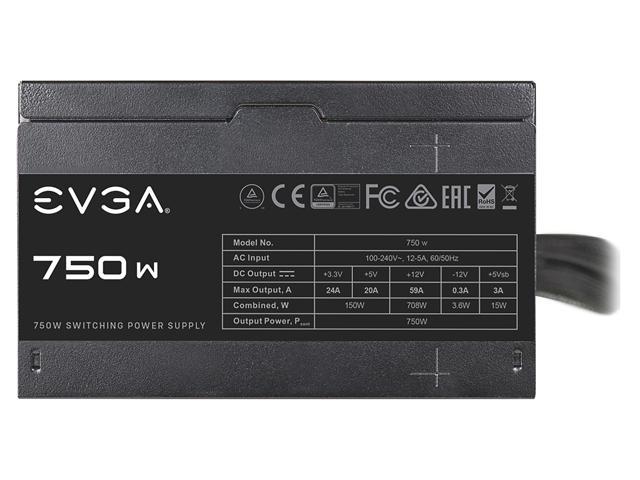 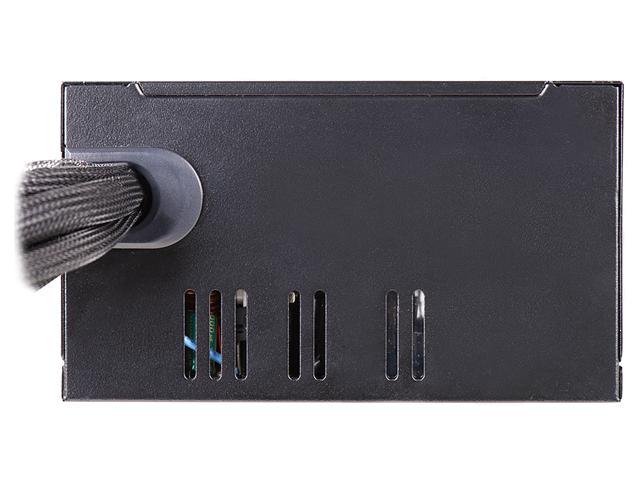 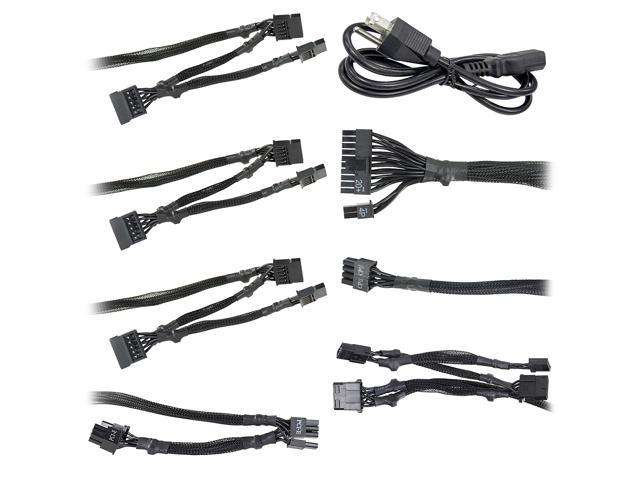 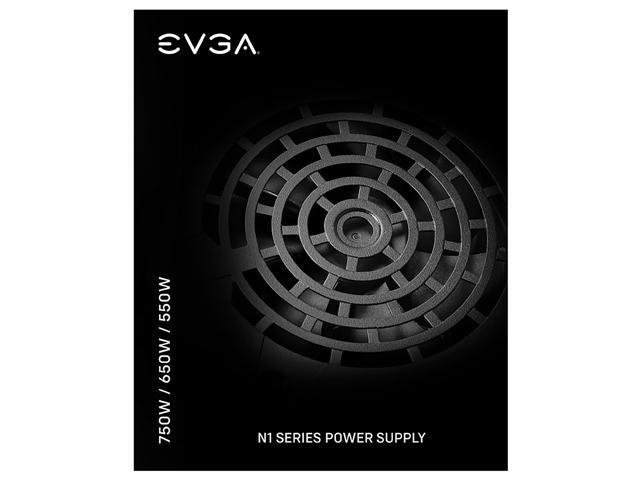 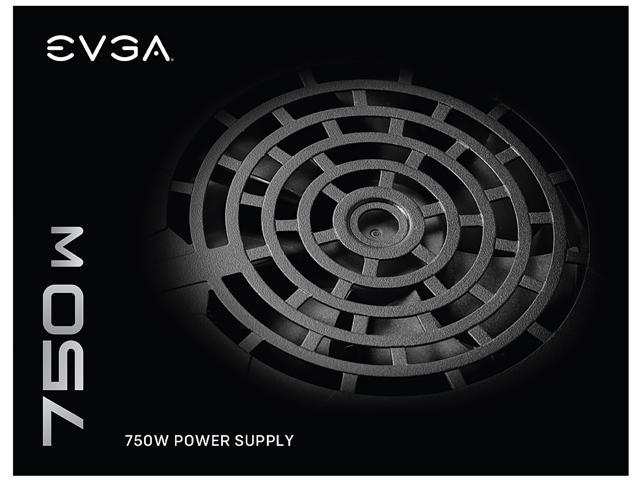 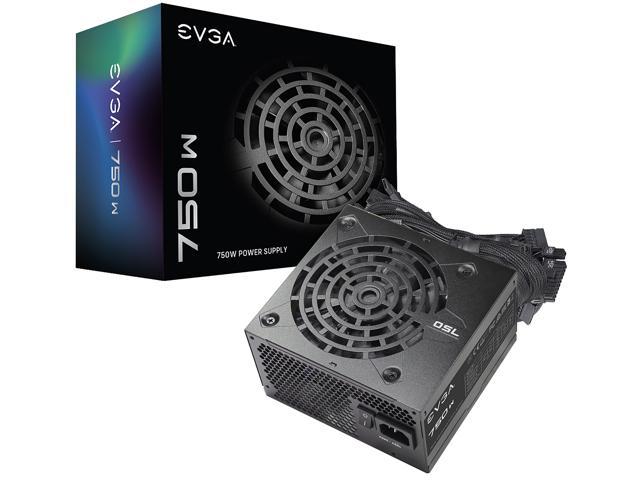 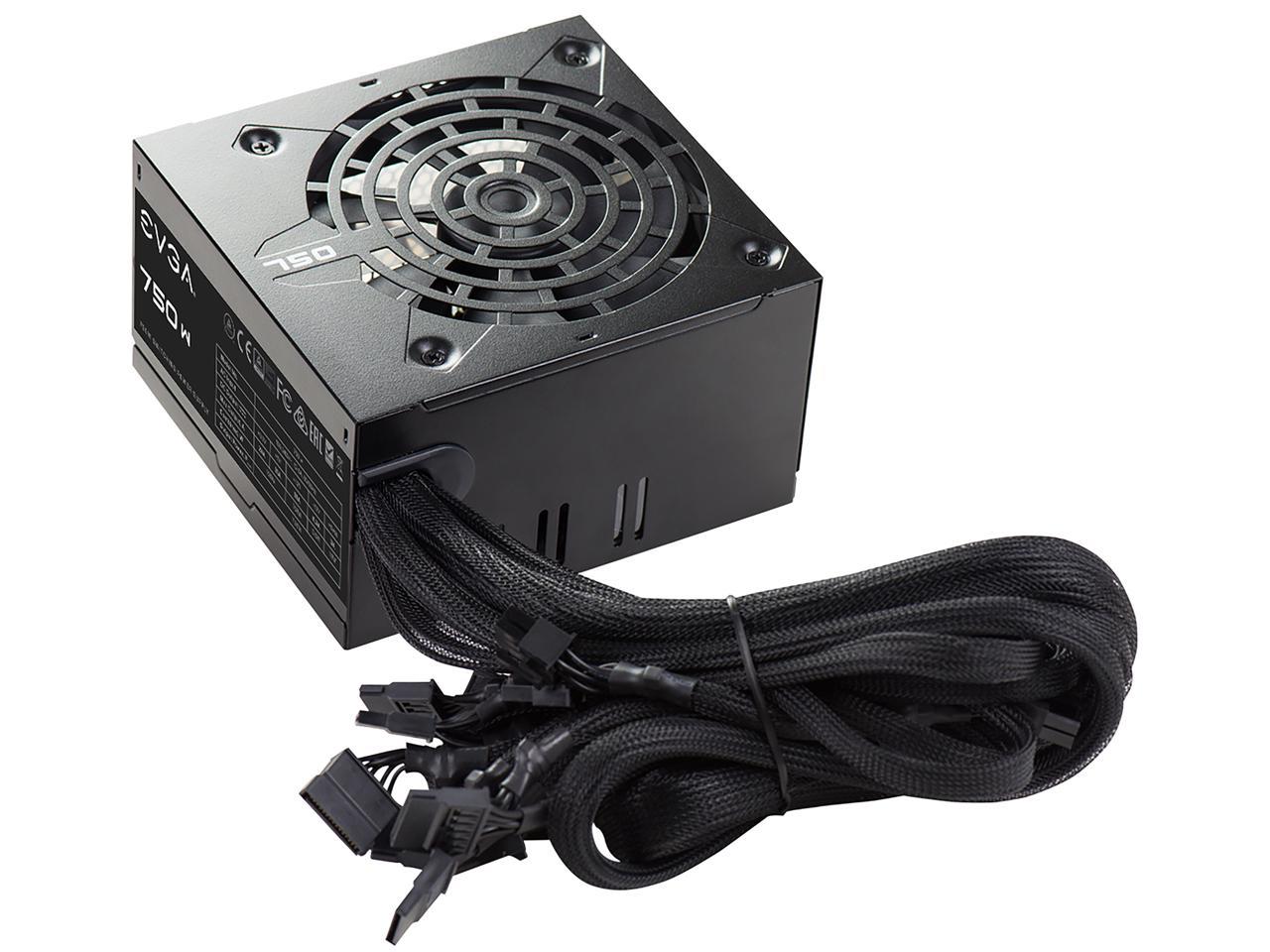 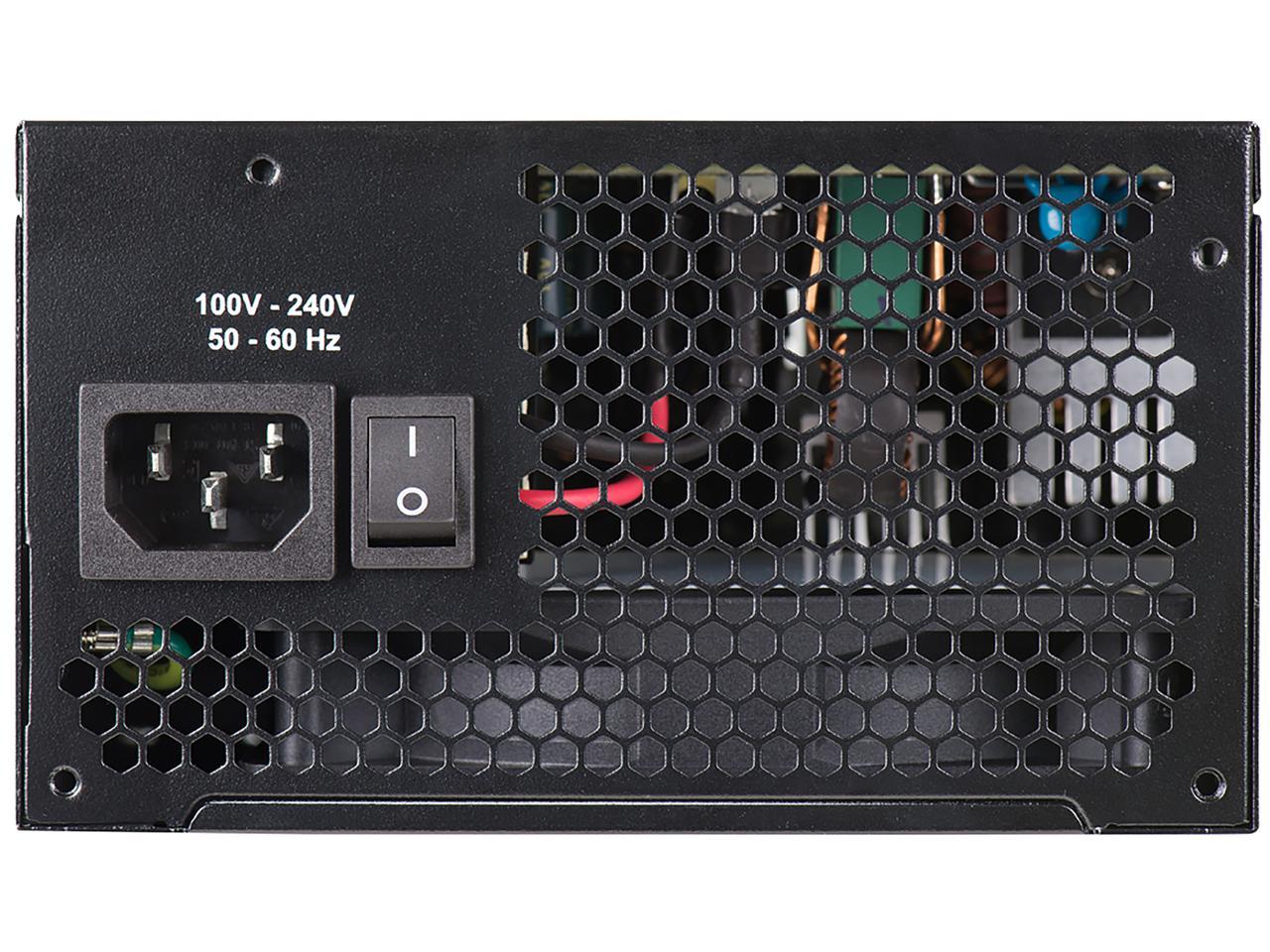 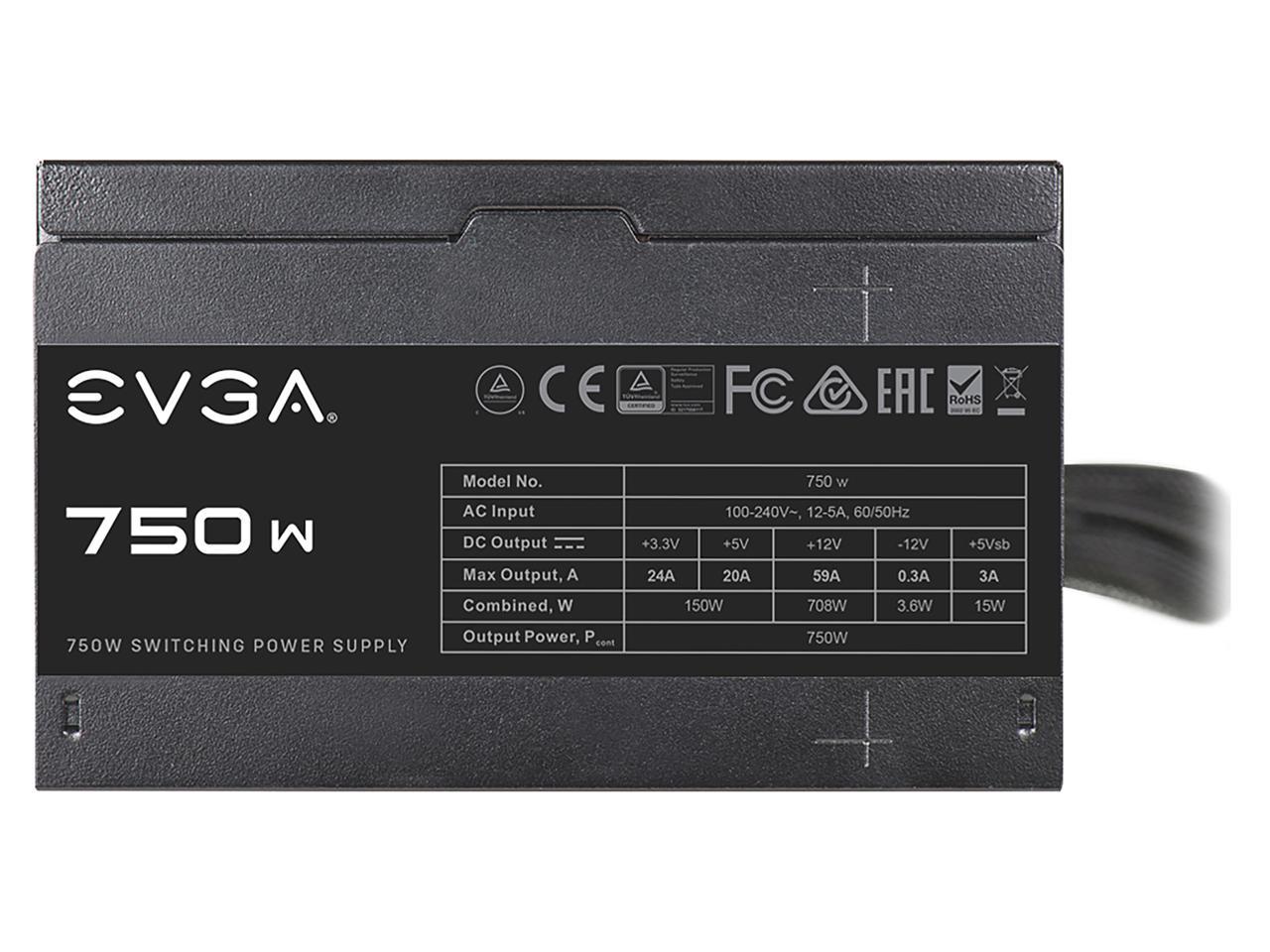 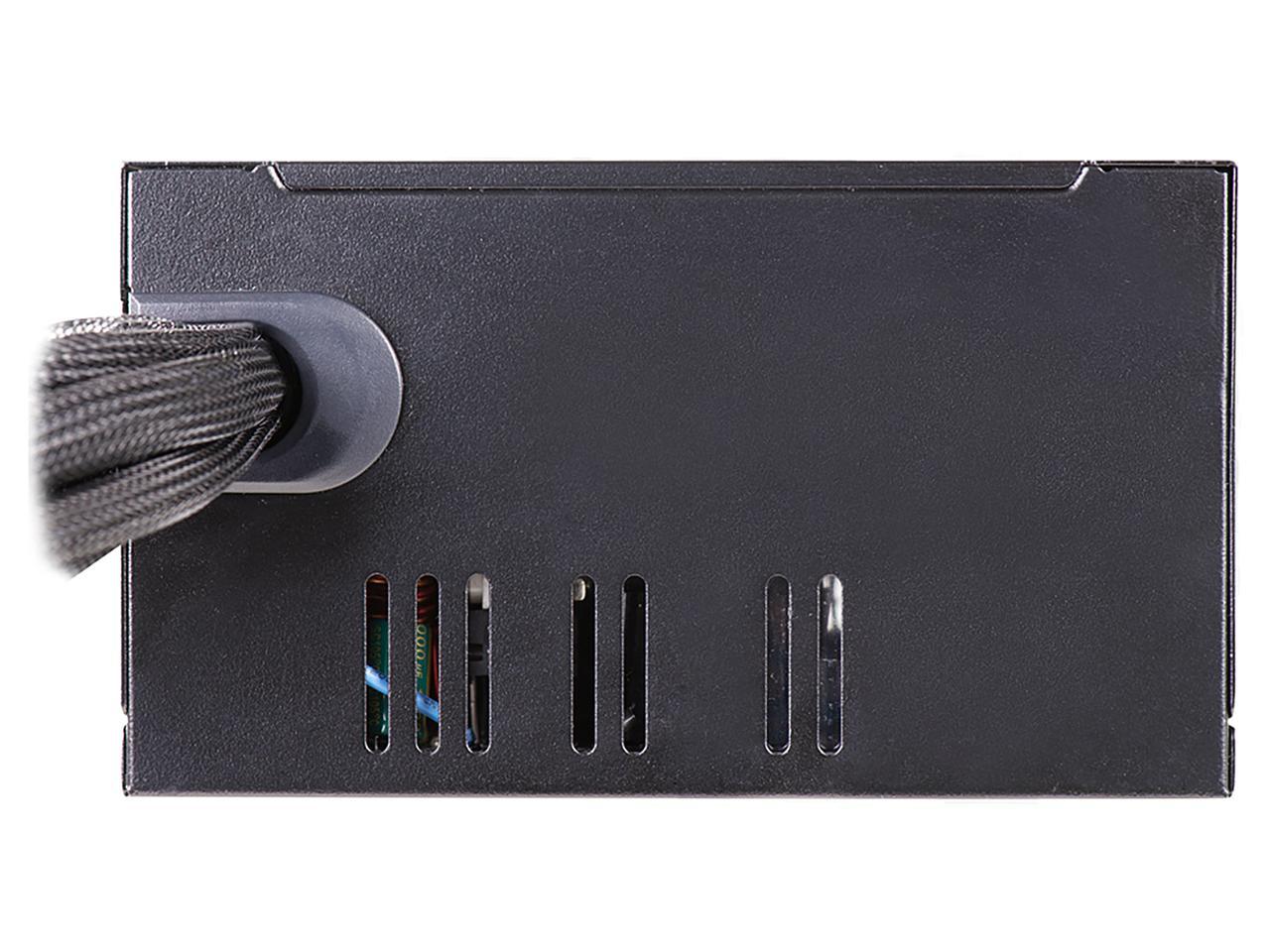 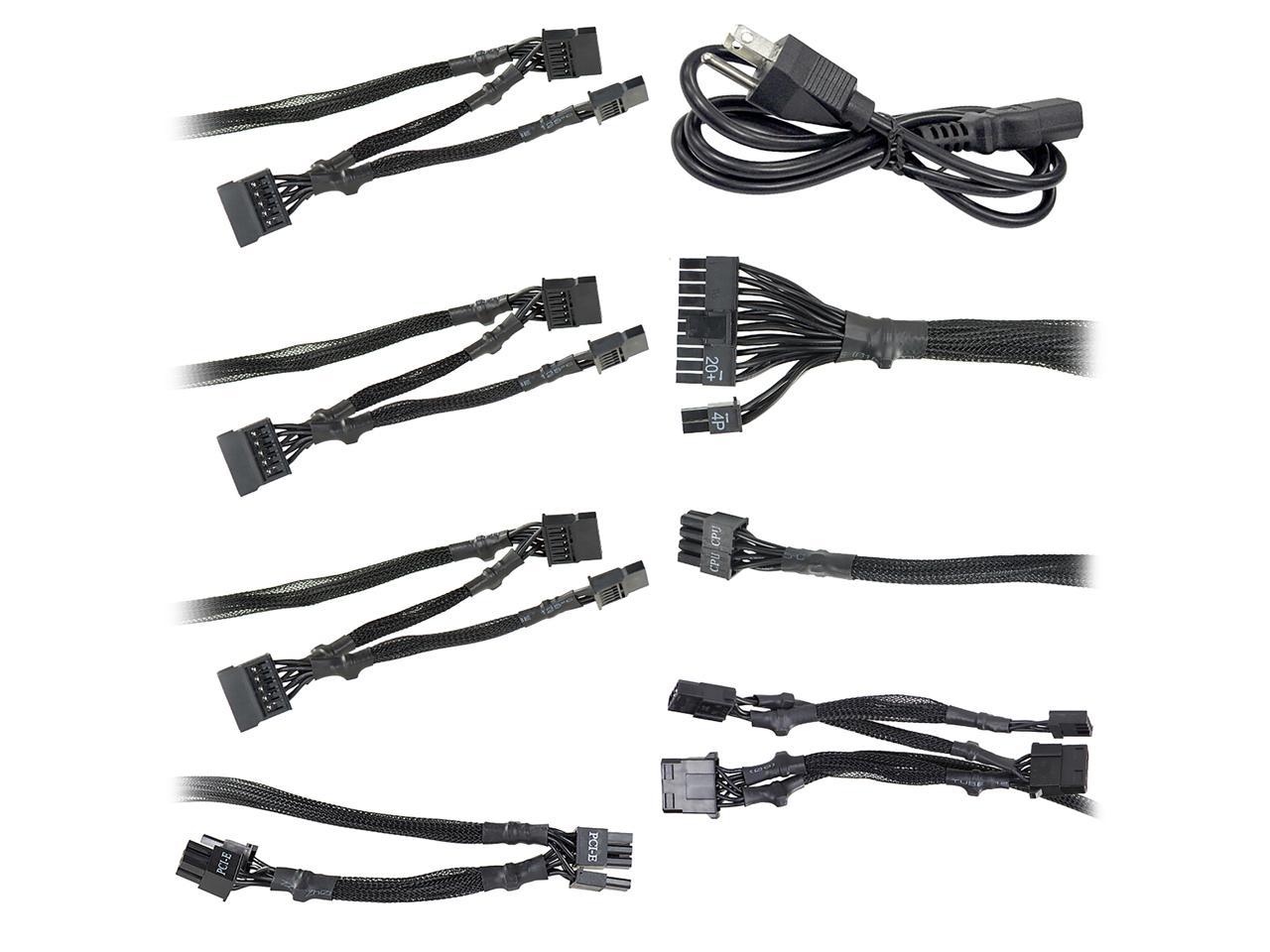 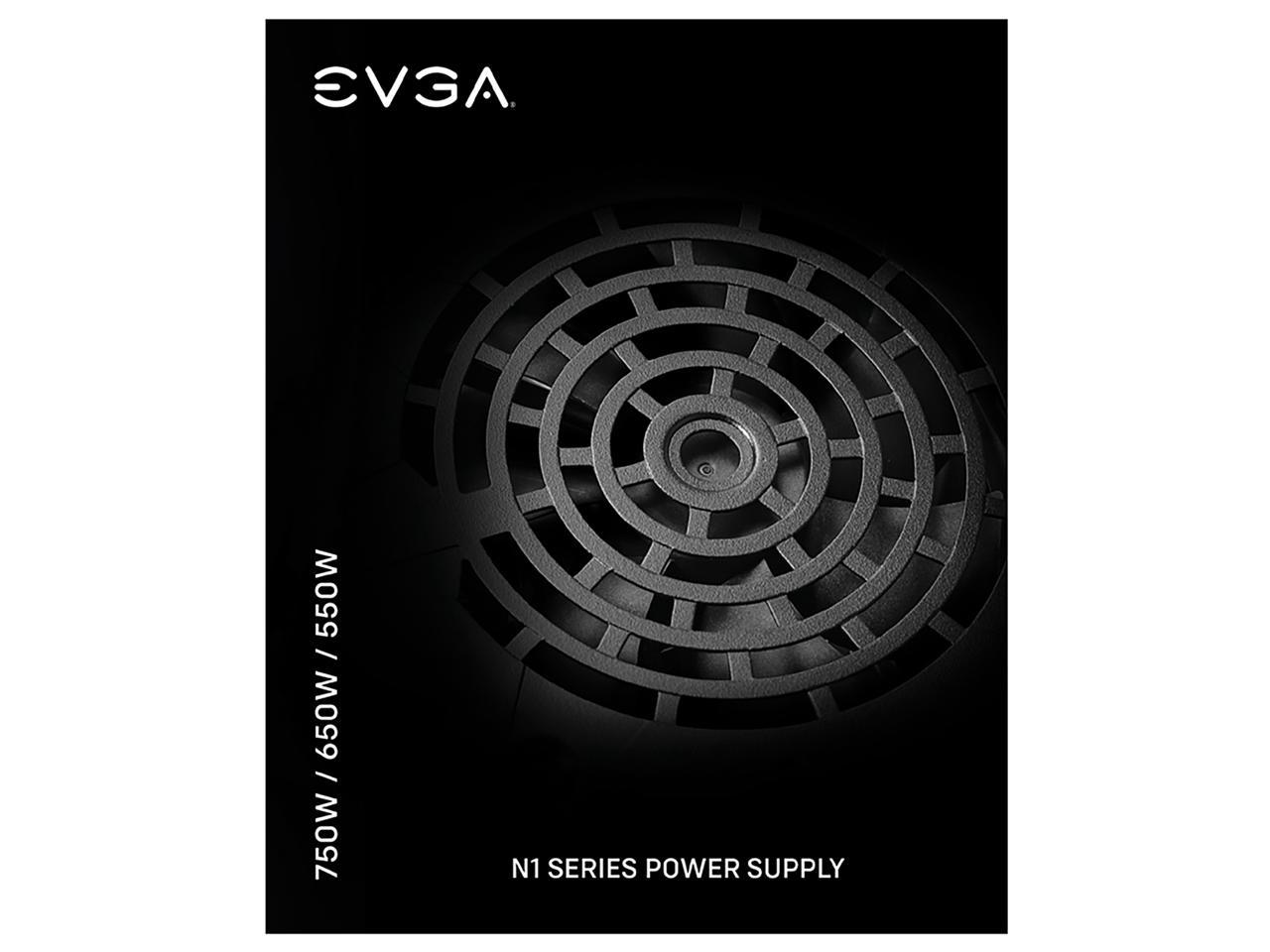 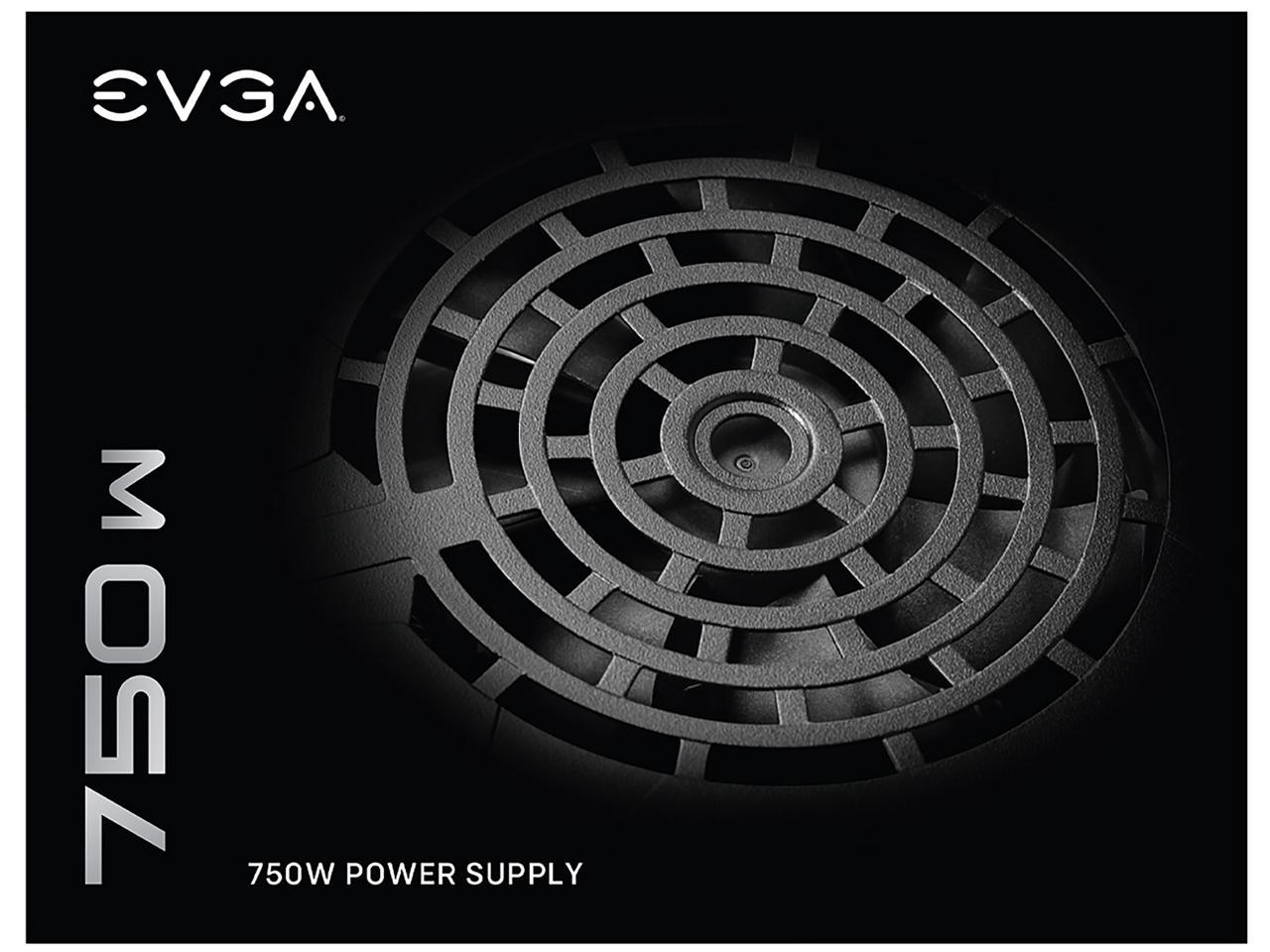 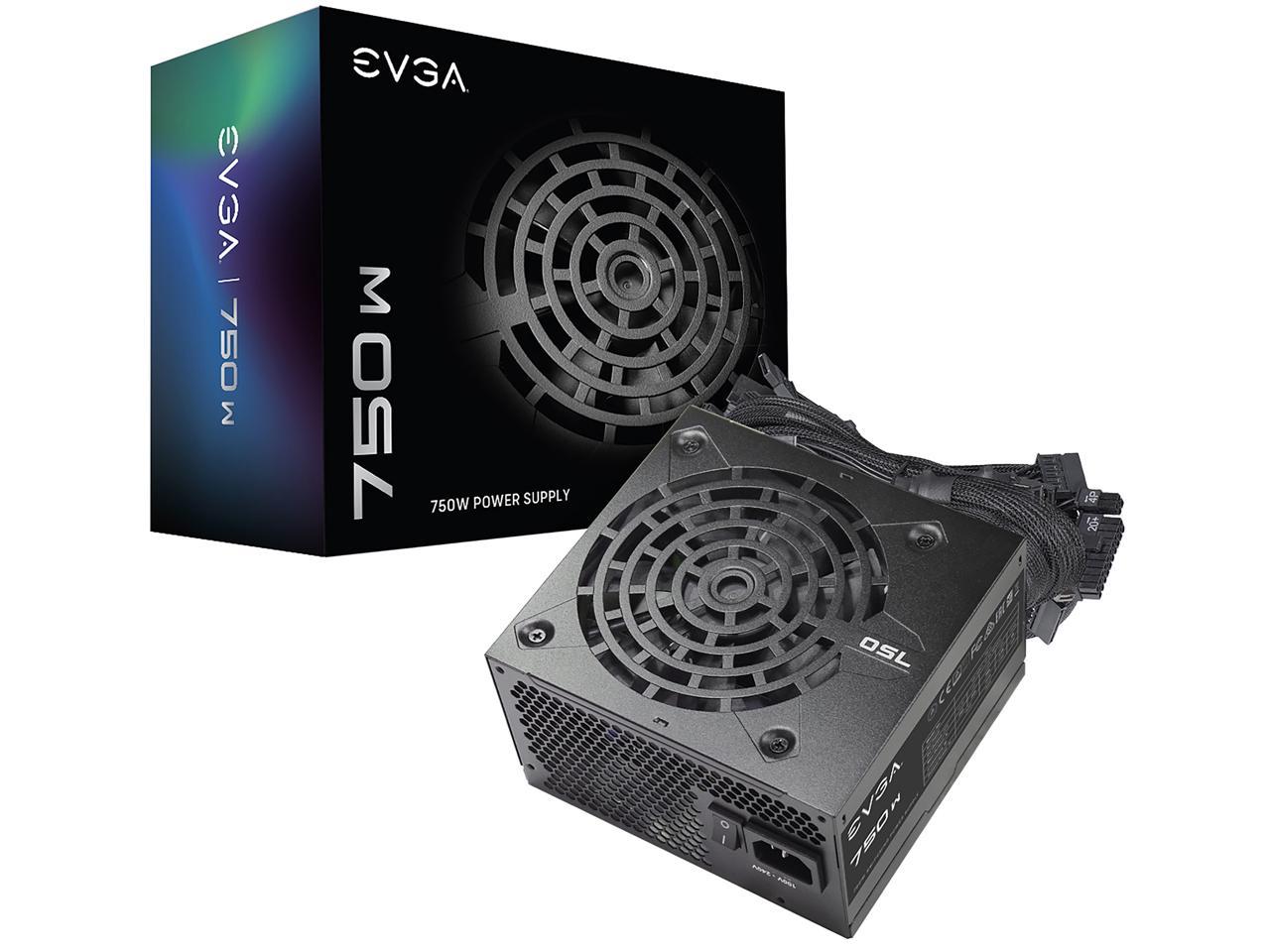 The EVGA 100-N1-0750-L1 power supply is a value-for-money choice for your new build or system upgrade. It features 750W total output and a strong single +12V rail to support your performance-class graphics card and CPU. A quiet yet intelligent auto fan helps keep your power supply always running at peak performance. And the comprehensive protection safeguards all your components against power anomalies thus you can purchase and use this EVGA power supply with full confidence. 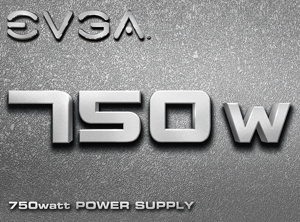 The EVGA 100-N1-0750-L1 delivers robust 750W of maximum power for your rig. Up to 59A on the single +12V rail provides sufficient juice for your multi-core CPU and performance-class graphics cards. Two 6+2 pin PCIe connectors are built onboard for multi-GPU configuration. 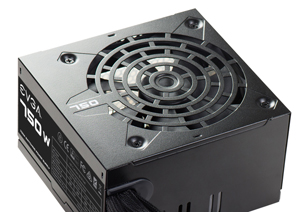 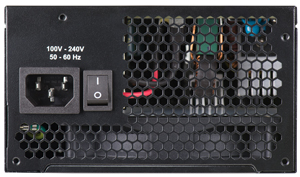 Pros: - It worked with one HDD

Overall Review: Originally, I wrote: --begin-- I bought this as part of a system for my daughter to put together. That system has an ASRock motherboard, a AMD Ryzen 3200G (65W) processor, 16GB (2 x 8GB) ram, a SATA M.2 SSD, and two hard disk drives - that's it. This power supply couldn't power it. Unbelievable. By comparison, my Linux box with a competitor's 450W power supply has a Ryzen 5 1600X 95W processor, the same 16GB of memory, a Radeon RX550 graphics card, one SSD, and seven HDDs. It runs with no problems even running graphics benchmarks. Need I say more? --end-- As it turns out, unknown to me, is the house in which my daughter lives does not have grounded outlets. Apparently, in TX, it is OK for landlords to rent houses in this condition. Sad. She is running a computer system on a adapter with no ground. And the problems continued even with a replacement larger power supply, albeit less frequently. Running with no ground is likely to cause the introduction of noise on the power to ground reference plane voltages on the motherboard. That situation would be exacerbated with a smaller power supply that is minimally capable of staying up with load. Enough noise can start signaling events (resetting counters, changing timing, etc.) at random times which could easily cause a BSOD to appear. So, I rescind my negative review, not being able to blame the power supply and I'll bump it up to 4 eggs to be fair to EVGA. I have had great luck with their products in the past.

Cons: Dead on arrival. I don't know if someone used this before I received it or what. I noticed right off hand there were burnt , smoked parts inside, just looking through the exhaust grate. Sure enough. I plugged it in and nothing. Return.

Manufacturer Response:
Dear Valued Customer, I am sorry to hear about the troubles you are having with your EVGA 400W1 power supply. I can assure you that we are here to assist and support you as best we can. If you haven't already done so, then I would encourage you to contact our 24 hour Technical Support team by phone 1.888.881.3842 and pressing option 1 or by email: Newegg@EVGA.com so that we can assist you. Sincerely, EVGA Customer Support
Anonymous
Ownership: 1 day to 1 week
Verified Owner
Very reliable and powerful enough for entry level gaming!7/13/2016 1:49:16 PM

Cons: Newegg for my experience it's by far the best online store for PC components but there's not too much shipping options for Puerto Rico. 2 days UPS cost me almost the same as the product. For anything else... everything it's great!

Pros: Easy to install, has all necessary connectors needed

Pros: It is quiet and works as should

Overall Review: I think EVGA power supplies even when refurbished work great it is my computer business go to for power supplies.

Pros: It works. It does everything I need, cable management wasn't a hassle (but my case helped, there), and there are enough hookups for my needs. Really no argument from me, especially since I had to replace my previous PSU with this one because my last one shorted out and fried some of my components.

Cons: The only con I can think of is that screwing it into my case was a bit of a pain. The holes didn't line up correctly with the case's holes, but I managed to get it in on two opposing corners at least.

Overall Review: Good power supply, good price, I have very little bad to say about it.