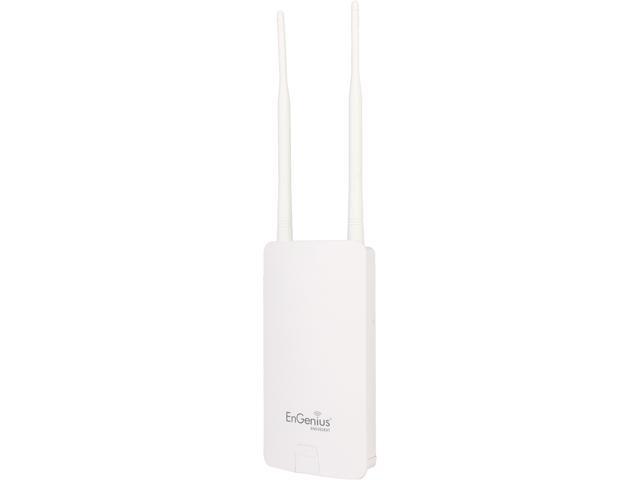 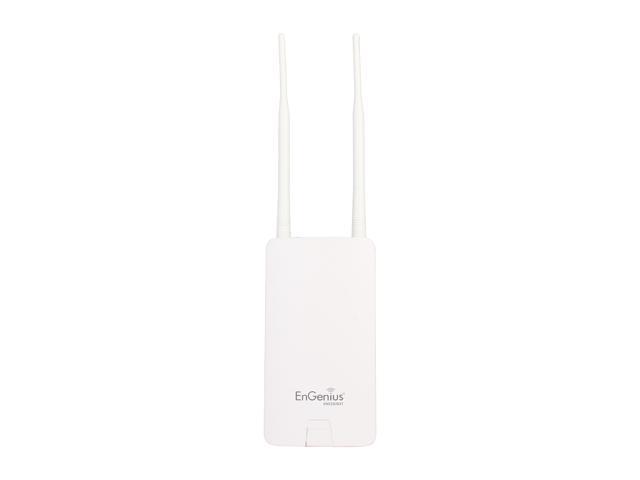 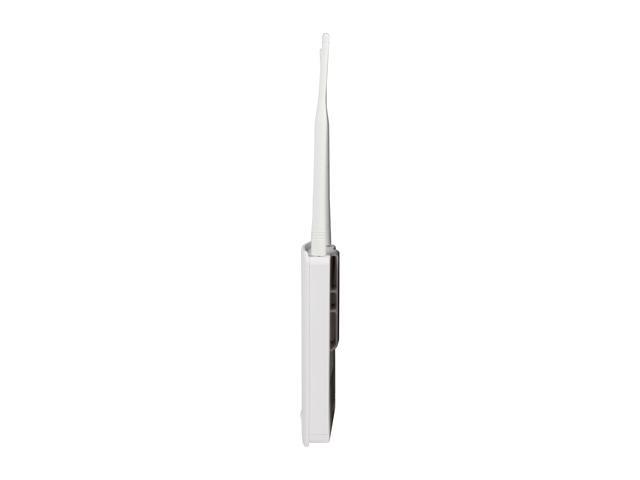 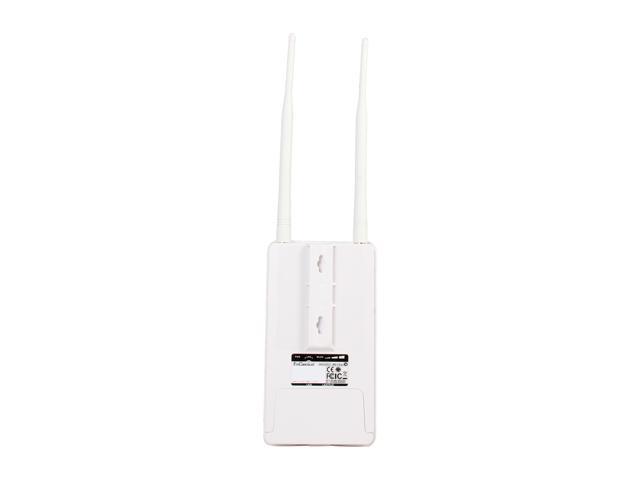 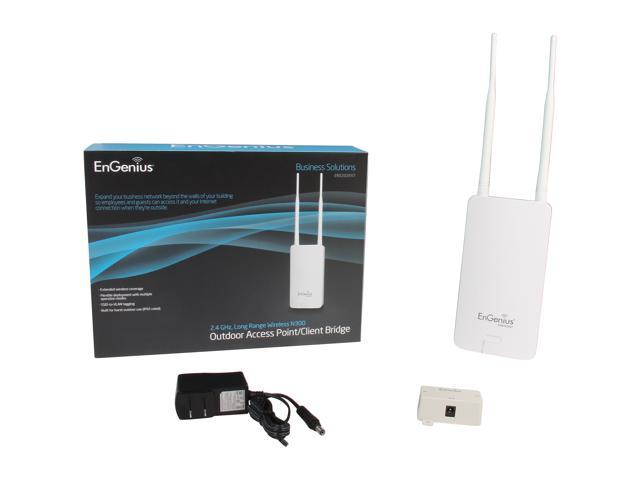 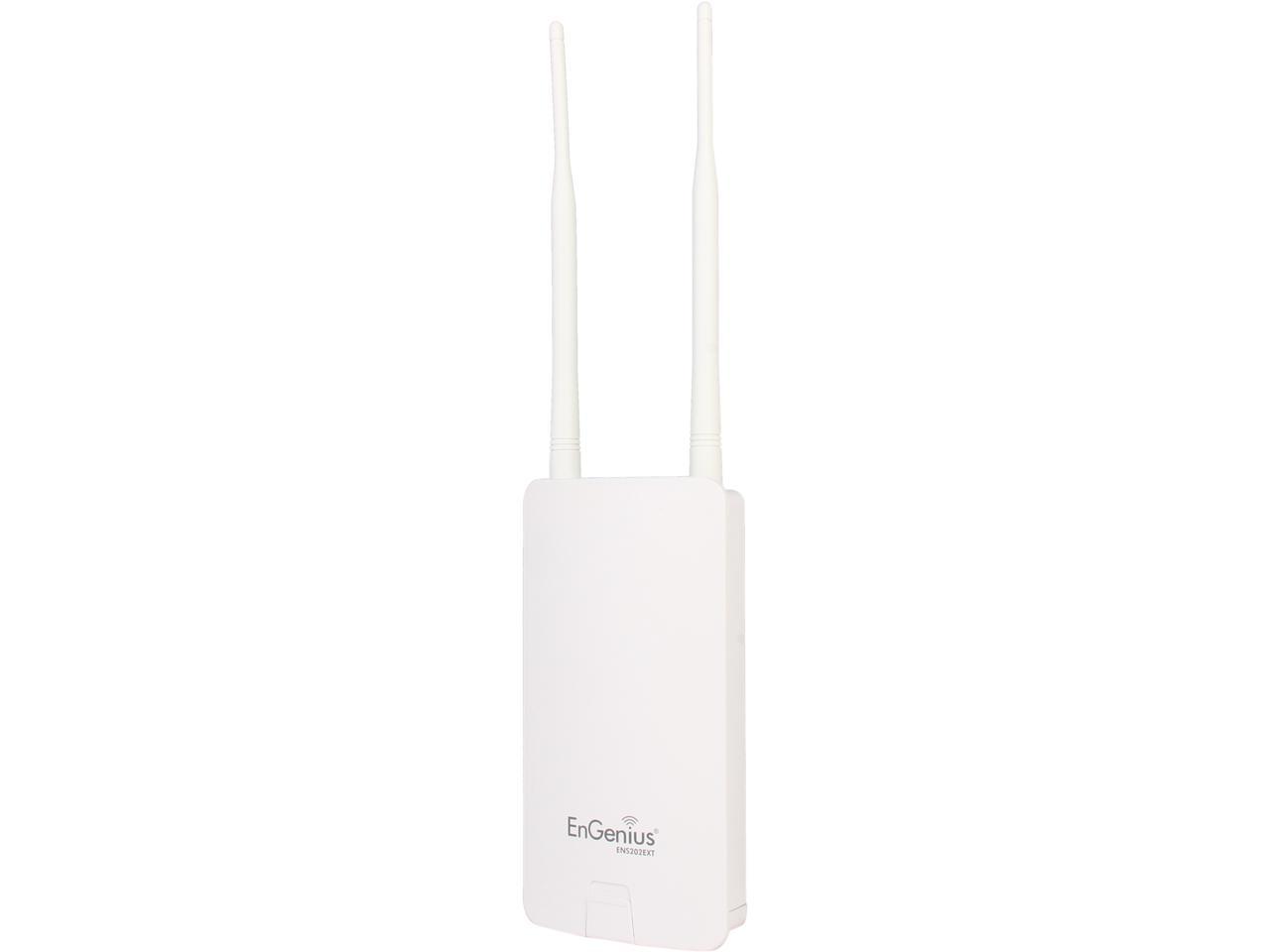 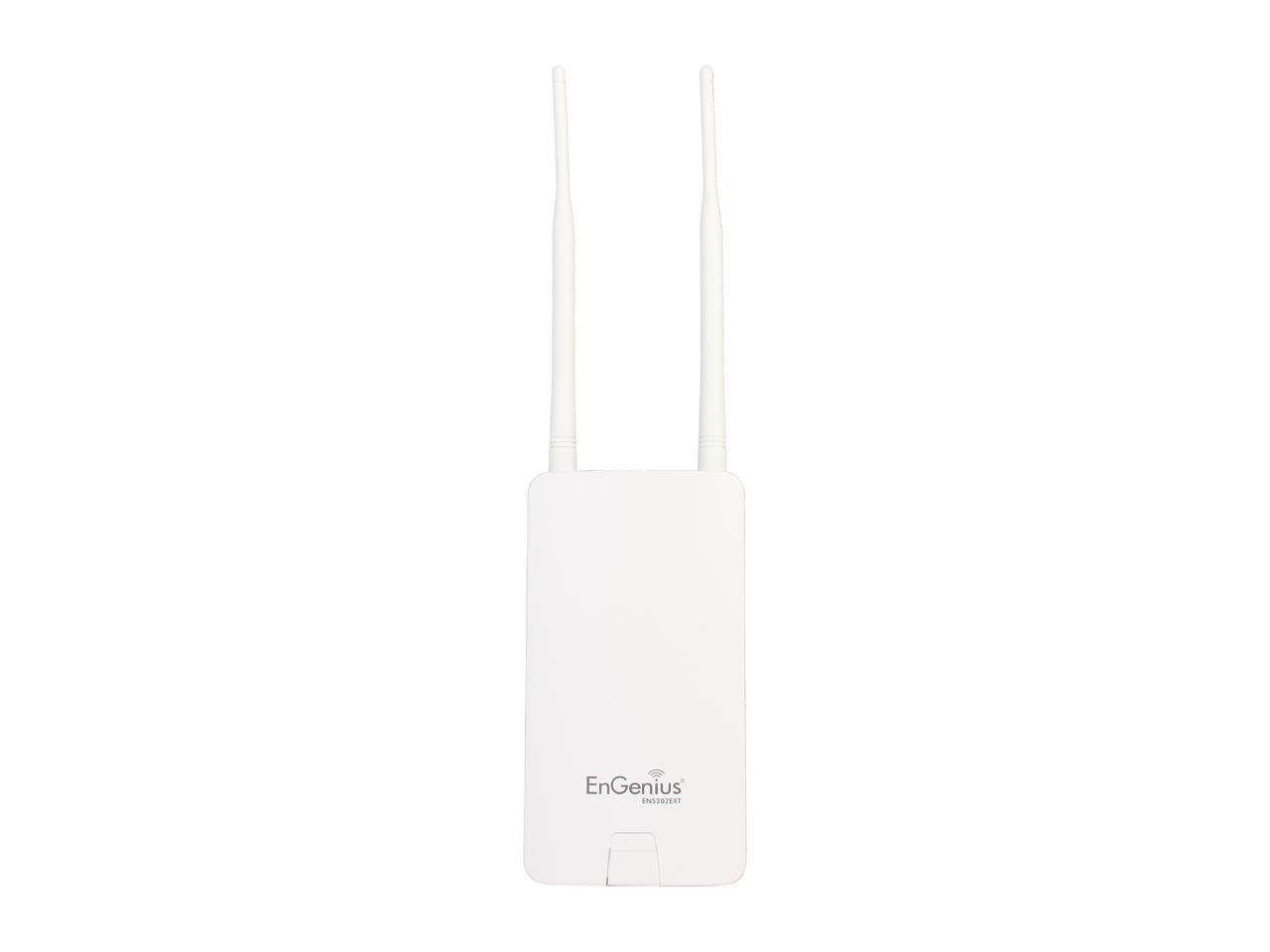 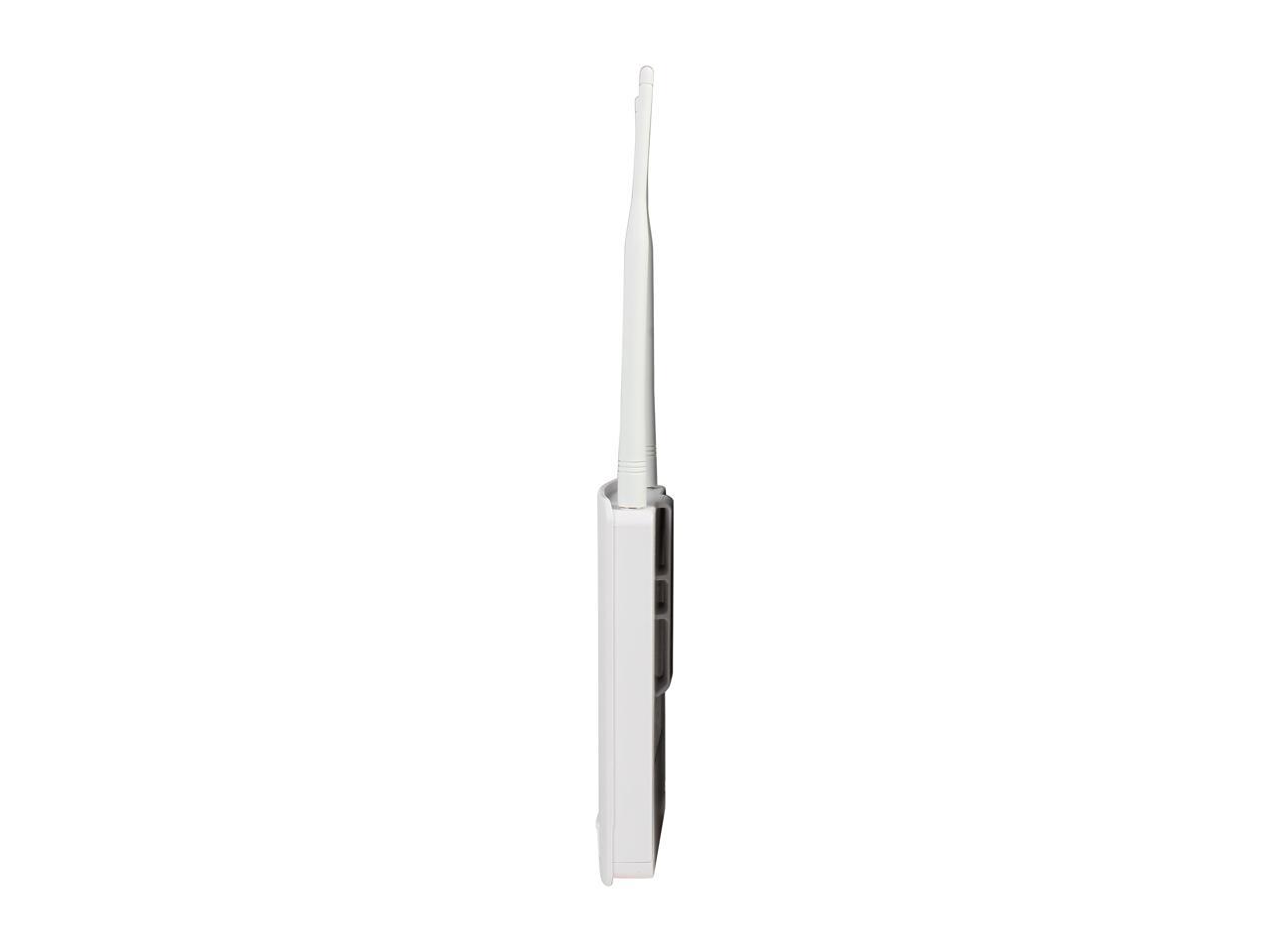 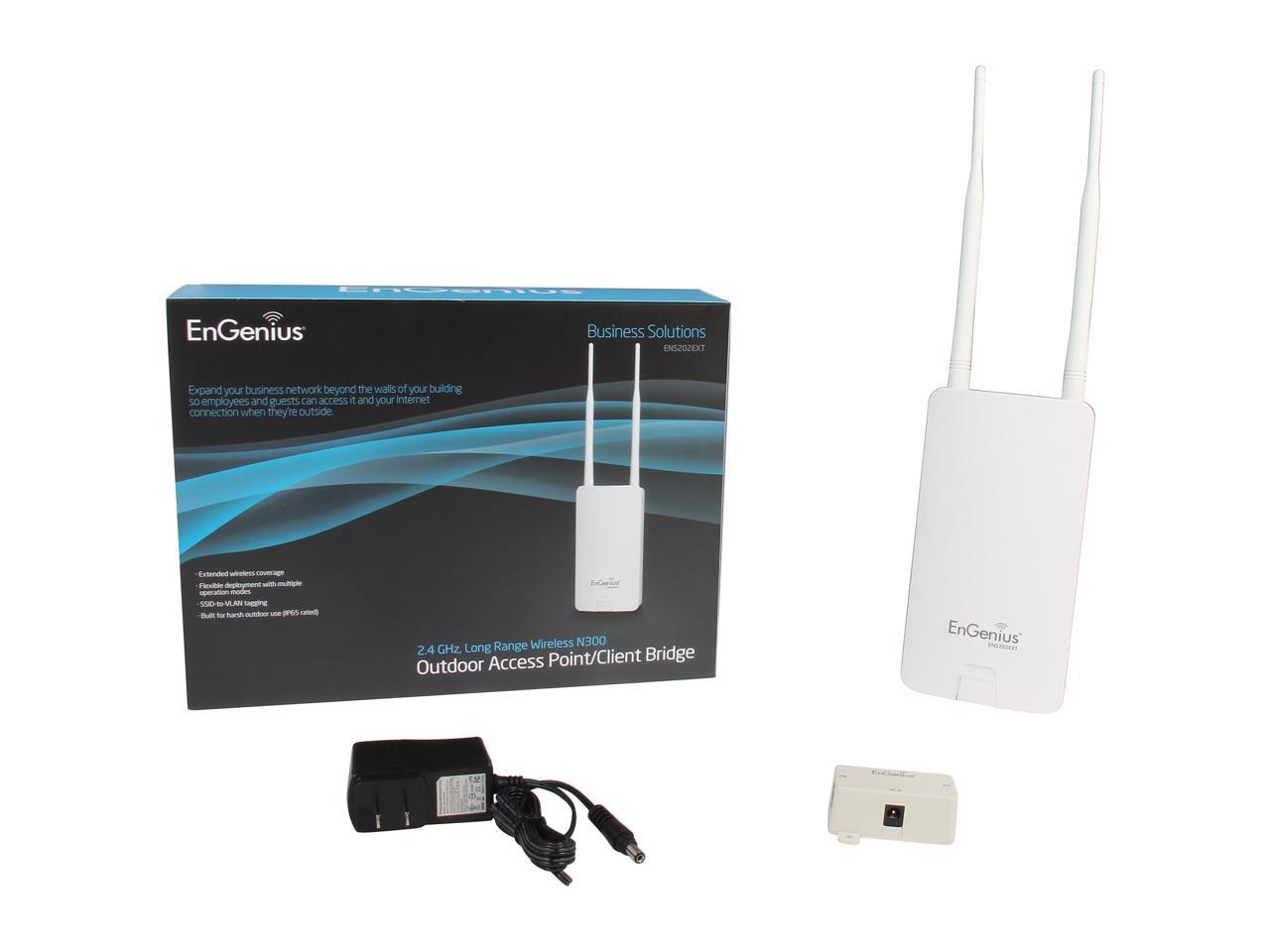 Pros: Very nice coverage, Easy to set up, PoE is especially convenient. I have a fairly large yard and coverage was always an issue, but now my whole yard and then some is covered. Easily 1 acre coverage.

Cons: Doesn't do 5GHz wireless, but I knew that going into it.

Overall Review: I honestly can't see why a bunch of reviews claim this to be difficult to set up. After setting it all up and confirming it was all working properly it confused me even more so I reset it and set it all up again to see if I missed what was supposed to be difficult. I then reset it again and called tech support to help me. I gave them the run around like an average user that would haunt their tech support days using a few general ideas from a forum with stories about nightmare calls too :) Tech support was also great.

3 out of 3 people found this review helpful. Did you?
Alex C.
Ownership: 1 week to 1 month

Pros: Small Unit POE Web UI Changes are made but only applied after hitting save, not immediately. Range Many configuration options

Overall Review: This is a fantastic unit, easy to set up and small in size. One change that would be nice to see would be an ability to use POE or plug power directly into the unit. Once I figured out that I had to plug a second CAT cable into the device to configure it setup was not bad. Slightly different in that you make changes and save them. Once you have made all your changes you then apply them. Over all I am very happy with this Access point.

2 out of 2 people found this review helpful. Did you?
Robert N.
Ownership: 1 week to 1 month

Pros: The line of sight signal is very impressive. I’m able to get around 200+ yards away from the device with 2-3 bars solid. If I walk into the house next door, the signal diminishes rapidly. So if you’re looking to have coverage area inside another building at a distance, be ready to catch and rebroadcast the signal. It was able to get coverage throughout the entire garage, where the normal WiFi signal drops to 1 bar at best at the garage. Which is 20 feet away from the house. The power over Ethernet is pretty common with most outdoor devices. Ability to ‘ignore’ regulatory power and boost up to whichever setting you’d like. There is a ton of configuration options from a management standpoint. For example Vlan, SNMP, auto reboot, WiFi scheduling etc. All of which is very easily configured. Can be configured without having to plug directly into the device. It broadcasts a wireless signal that you can log into. This can be a little quirky with the windows wireless manager constantly looking for something with internet. Comes with the required installation parts for a wall or a pole mount.

Cons: Some of the configuration interface is a little quirky. Sometimes the save button on the bottom will update the device with the configuration settings. Other times while configuring you’ll see a save/reload on the top left hand side to commit the changes. After around 1 week of steady use, the unit itself had a failure. It was no longer powering on at all. After getting a replacement unit, I determined this fault to be in the power plug & PoE adapter. I’m not sure if one took out the other, but the unit itself works flawless with the new power plug & PoE adapter. The instructions assume that you have some technical knowledge. They give you the default IP address(192.168.1.1), login and password. Beyond that you have to go to their site for more information. Does not come with even a short Ethernet cable. Make sure you've got an extra one or add it to the purchase! PoE is the only way to power this device.

Overall Review: EnGenius Customer support was very friendly and easy to get in touch with. I was only on hold for 10-15 seconds and I have to assume this was an internal transfer from the computer. Of course the troubleshooting for a no-power issue is pretty minimal. The usual try a different wall outlet and or different Ethernet cables. Once determined that something had failed, they advised me to return the product to the vendor as the device is not very old. Although you would likely mount this vertical, there is no gasket around the wire cover. In time this may allow for some moisture to build up and cause issues. Compared to the previous models, the initial configuration went a lot easier. Overall I’m not too concerned with the failed power plug/PoE injector. These kinds of things happen from time to time, and you generally find out in the early days if there is going to be a problem.

5 out of 6 people found this review helpful. Did you?
Jeffrey F.
Ownership: 1 day to 1 week

Pros: The interface is easy to use, but took a little getting used to the fact that some settings didn't get applied until you went to the save/apply page and committed the changes there. Has a bunch of features. It can act as a standard access point. It can act as a wireless to Ethernet bridge. It can act as a router. Signal range in open air is amazing. I had one set up at my house and another down at my barn that I converted to a guest house about 300 yards away. The one at the house is acting as an access point, while the one at the barn is acting as a wireless to Ethernet bridge. The barn is wired, and uses the wireless signal to connect back to the house and out to the internet. This setup works great, but oddly the wireless signal from the house can't be picked up inside the barn at all. Even in the shed only about 50 yards from the house the wireless signal is very weak. It seems the signal put out by this access point doesn't like going through walls. Being able to adjust the broadcast power was nice, even if the options were a little limited. Most access points don't give the option, the power it is set at from the factor is the power you are stuck with. It includes all the mounting hardware you need. It has screws and anchors for wall mounting, as well as a handy stick on template for where to drill the holes. It also has zip ties for pole mounting. The antennas are nice and rigid, they feel very strong. I've had other outdoor access points that felt like a strong breeze would take off the antennas.

Cons: Ok, I'm going to say I took 3 eggs off right away because of the proprietary PoE injector. At first I thought they just included the PoE injector in case someone needs to use it. However, after reading the documentation it became clear that you HAVE to use the PoE injector they provide, because they are using some kind of proprietary PoE. PoE is already a standard, and it works perfectly fine with outdoor equipment. There is absolutely no reason to use something proprietary. I was hoping to use this with my 8-Port PoE switch like all my other access points, but it clearly says not to use this access point with standard PoE equipment. The manual claims you can damage the access point if you do this! How stupid! Plus, using injectors is fine if you have one or two access points, but what if you have more than that? My network closet would look like a tangled mess with all the wall warts and injectors required to wire up 4 of these. Also, I took another egg off for not including an Ethernet cable in the box. If you are going to force me to use two network cables when only one should be needed, you better include at least one in the box.

Overall Review: Overall this access point has potential, but the proprietary PoE just kills it. There is no excuse for requiring proprietary equipment when there is already an industry standard in place.

1 out of 2 people found this review helpful. Did you?
Manufacturer Response:
Hi Jeffrey F., We thank you for your trying the ENS202EXT. We are glad to hear that you like the range of the device and its various operation modes. The ENS202EXT is an entry level product and to design it to be 802.3af compliant would increase the cost of the device. With the proprietary PoE injector, the ENS202EXT is aimed to be of good value for the money. Thank you for your time on posting your comments and feedback. Sincerely, Mike EnGenius Customer Support
William D.
Ownership: 1 week to 1 month
Verified Owner
The best AP yet5/15/2014 7:37:39 PM

Pros: Very good price. Their tech support is the best I have experienced. They were so easy to get to. I called them twice as I had purchased 2 of these units. With 2 different installations I wanted to get it right the first time. I am actually using this one indoors and I get a 5 bar signal throughout my home. Get this and don't worry about how techie you are. These guys will get you up and running.

Cons: This access point has so many options which can be confusing. Their tech support offsets this.

Overall Review: Hands down the best access point I have used. Indoor or outdoor. This is a great performer.

Pros: Haven't had to reset it since I got it setup. Gets really good range. It has a connection to connect another device hardline if you need to. Uses POE so you can mount it a fair distance away from a power plug if needed.

Overall Review: We've had it for 3-5 months and haven't had to restart the unit once.

Pros: Excellent coverage. I have two guest houses and it reaches all.

Cons: The setup is different from other devices. 1. You really do have to set your PC's Ethernet to static and plug directly in. 2. You must save after each panel change. 3. Tech support recommends changing the IP of the unit to 192.168.0.250. Just do it.... 4. Set your PC back to what ever it was and login to make other changes.

Overall Review: Tech support was great. I had a bad line to wherever the tech was and he stayed right with me.

Pros: Have had 2 of these set up on my mom and dad's farm for past 4 months, work very well with excellent coverage.I have on on the house and another on a shop that is about 200' away. One is set as a WPS station, the other as a WPS access point so they provide a wireless bridge from the house to the shop and act a a wireless access point also. On the farm these two access points are providing roughly about 5 acres of good coverage. So far very pleased with the set up and how it has withstood the elements.

Cons: Documentation is only on the web, and can be a little hard to understand. It did take me a while to get the WPS settings to work correctly.