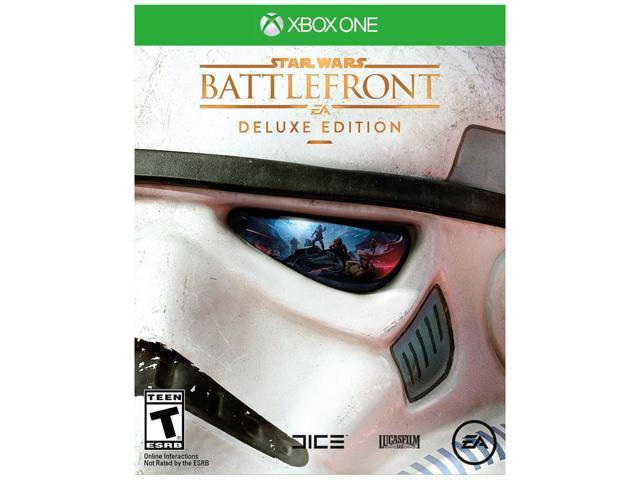 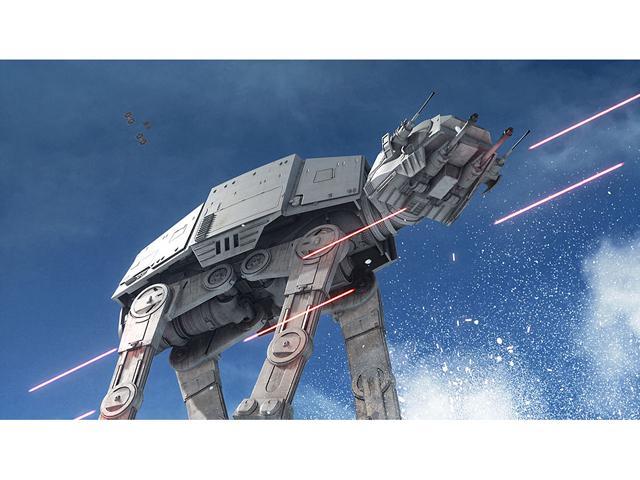 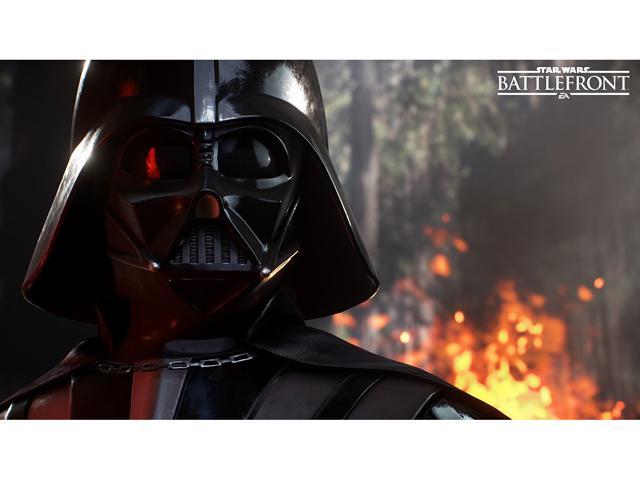 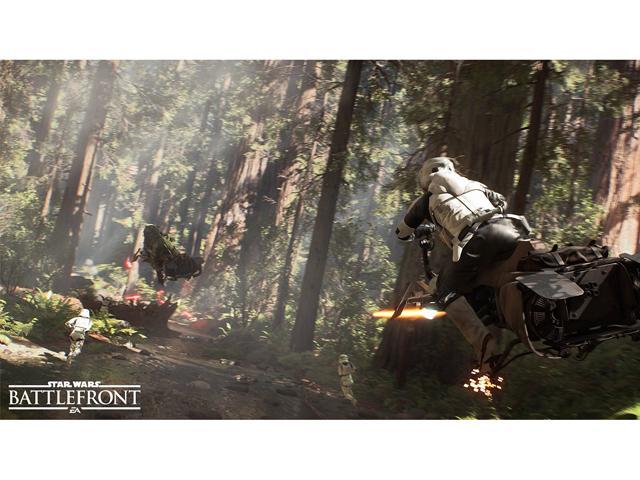 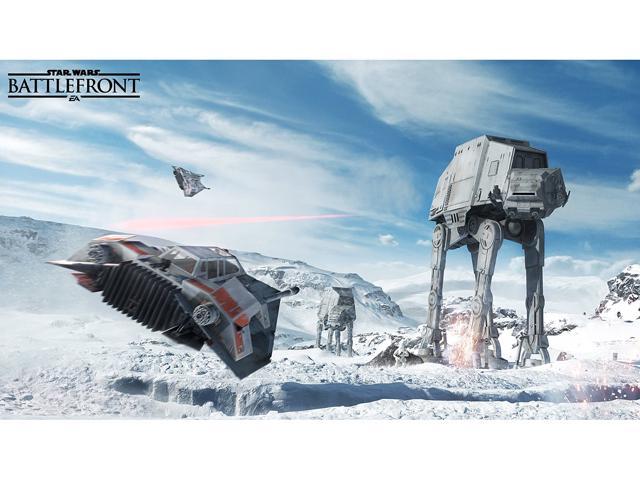 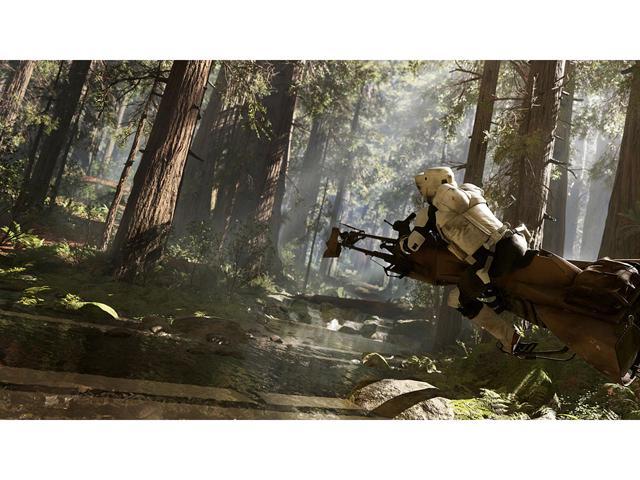 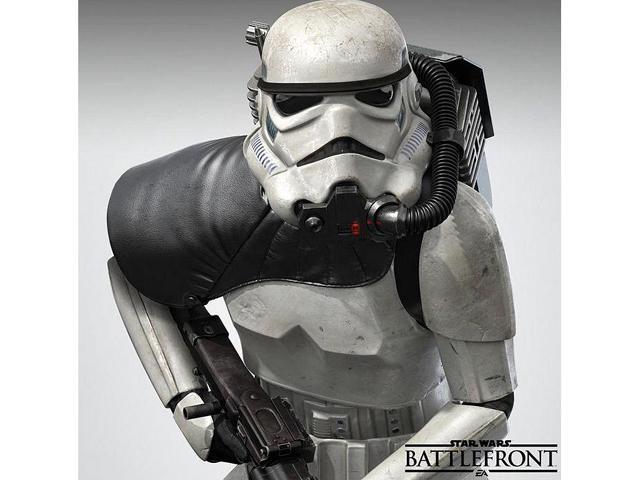 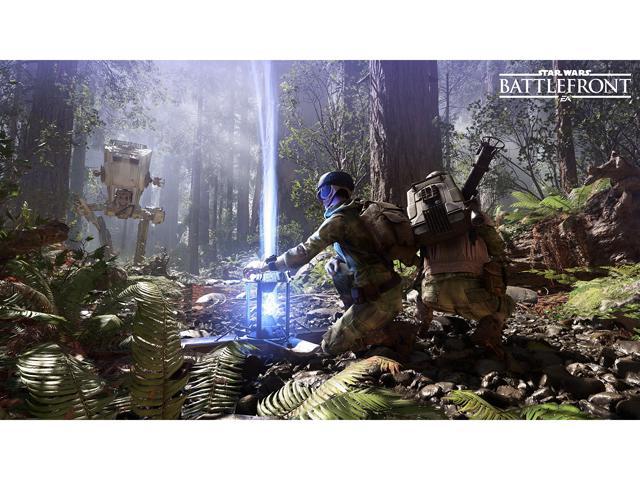 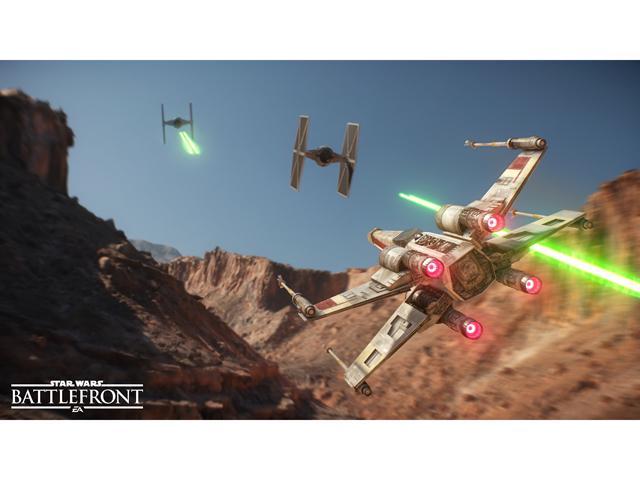 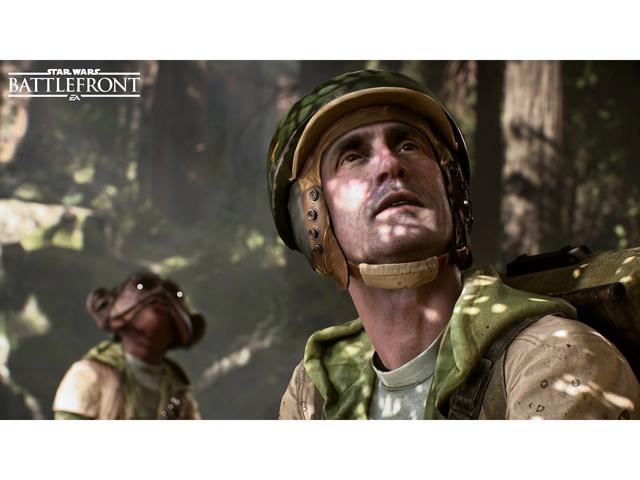 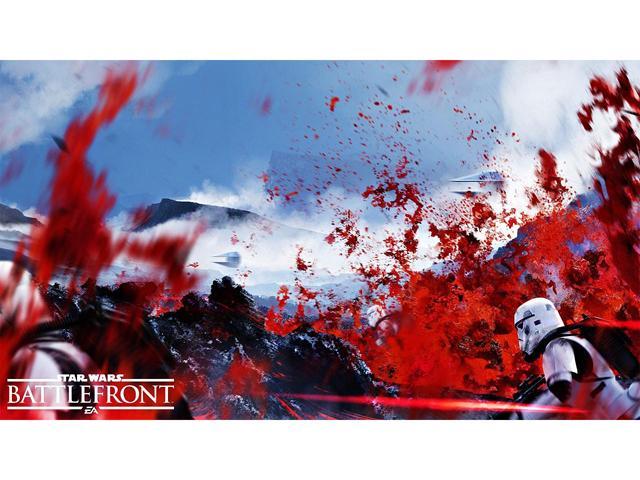 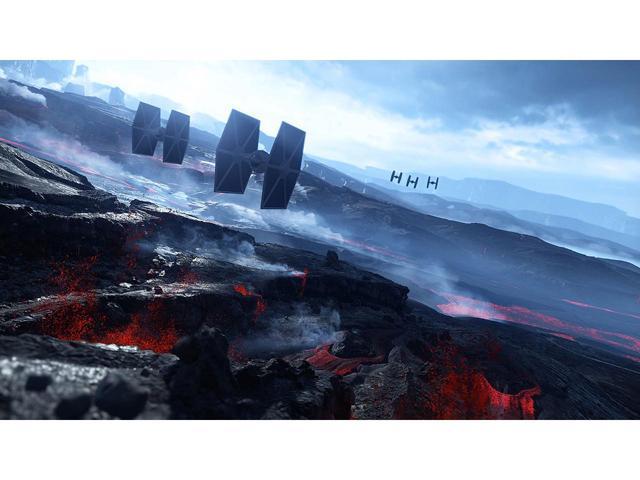 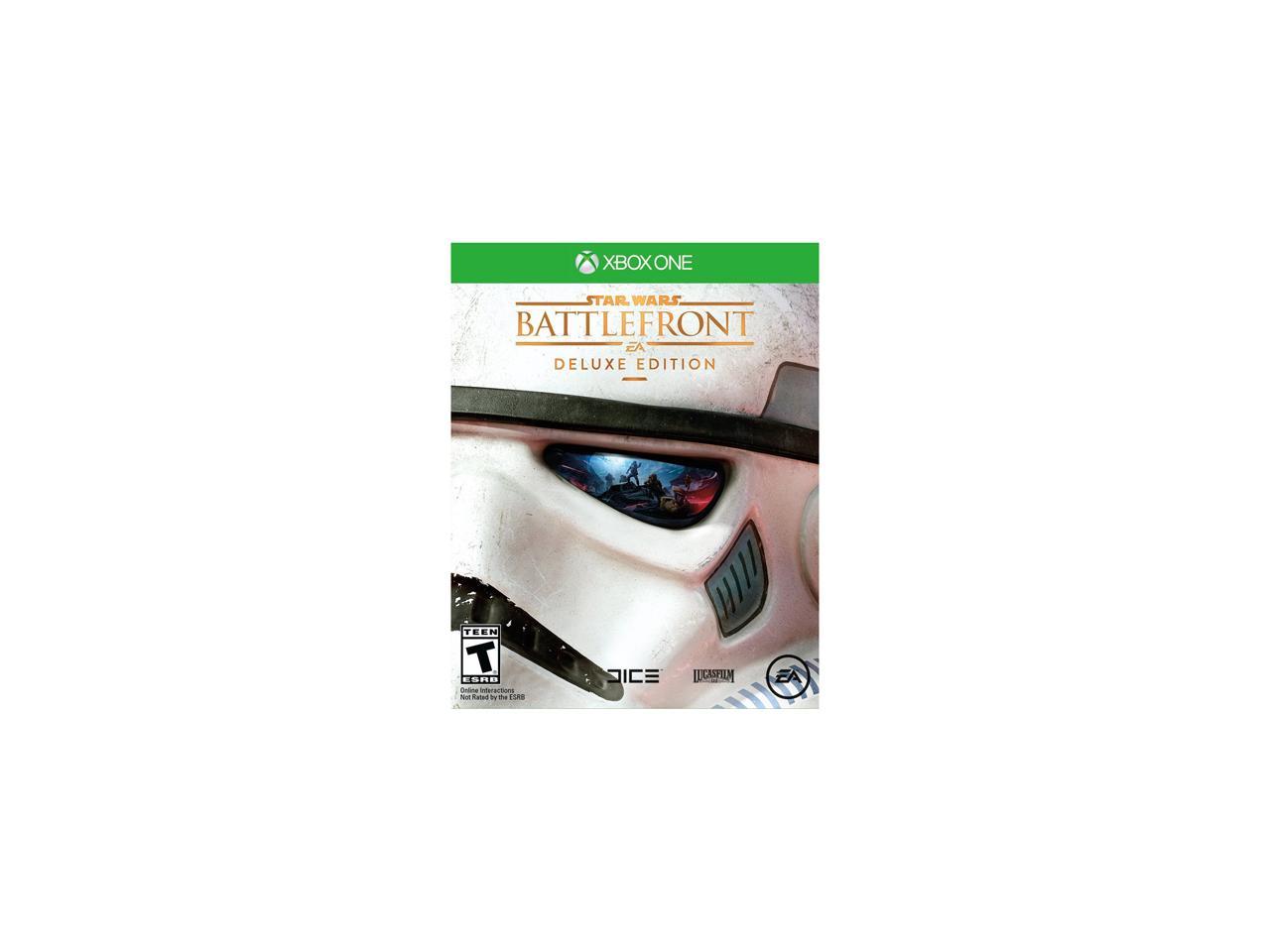 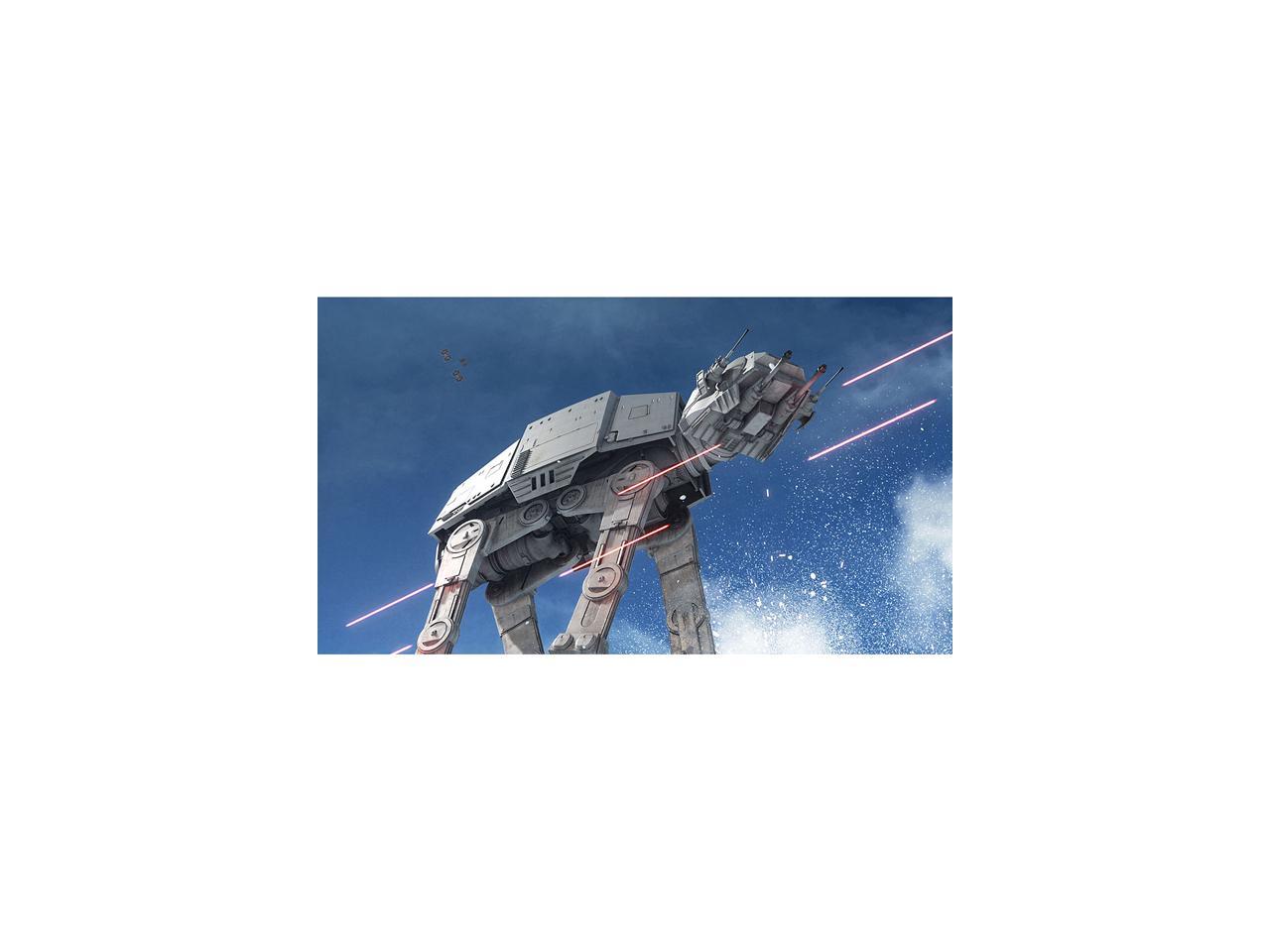 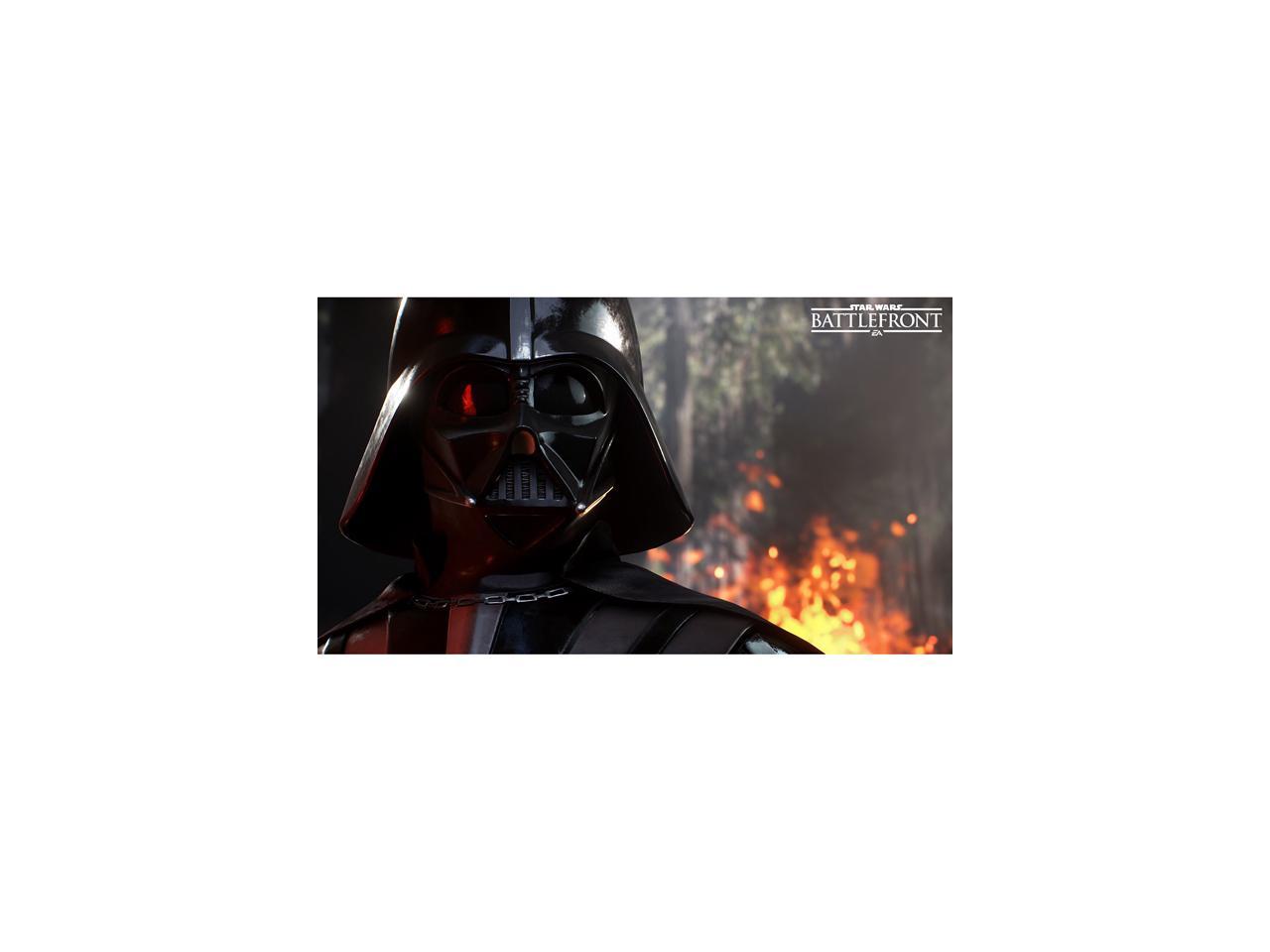 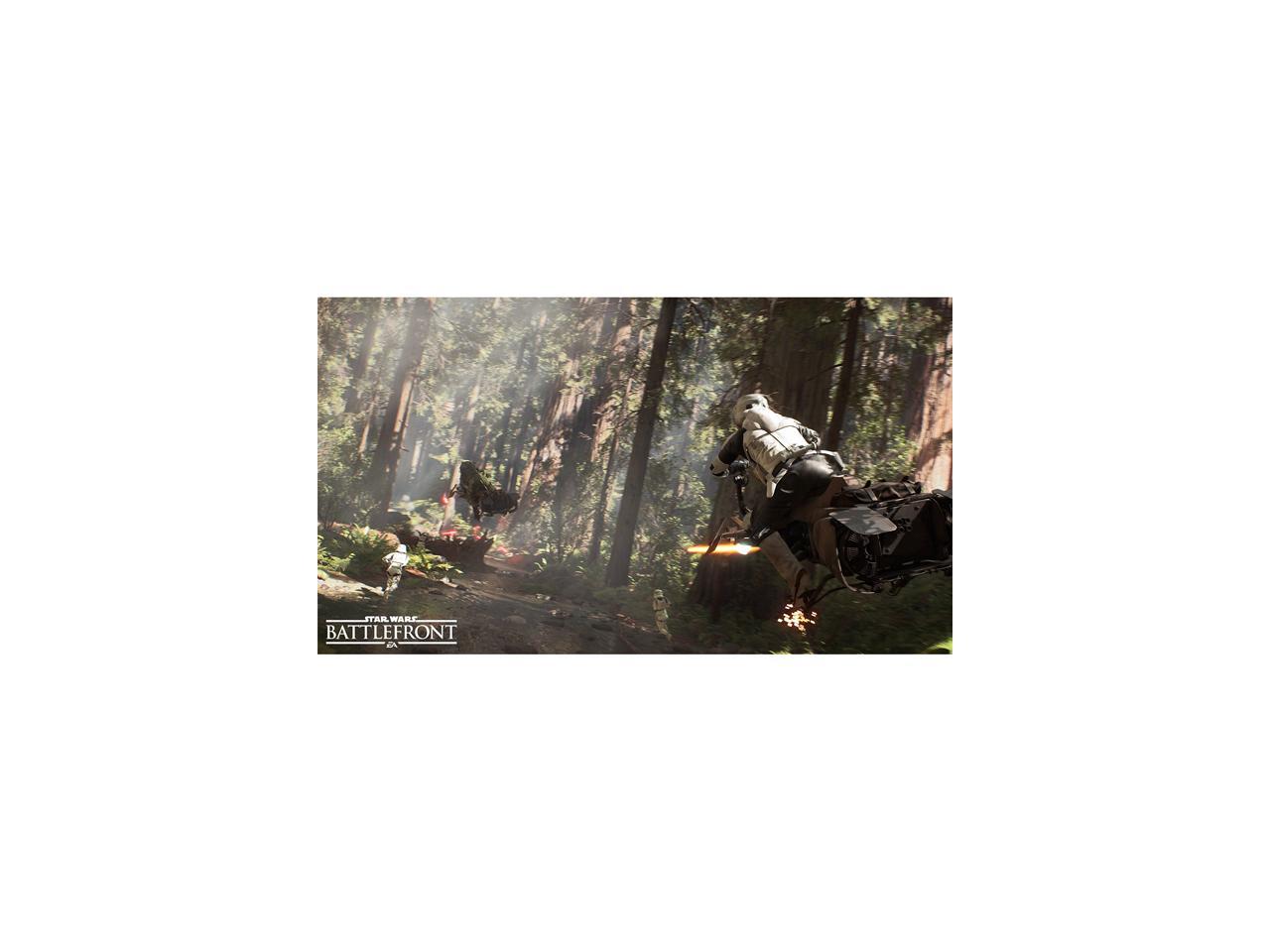 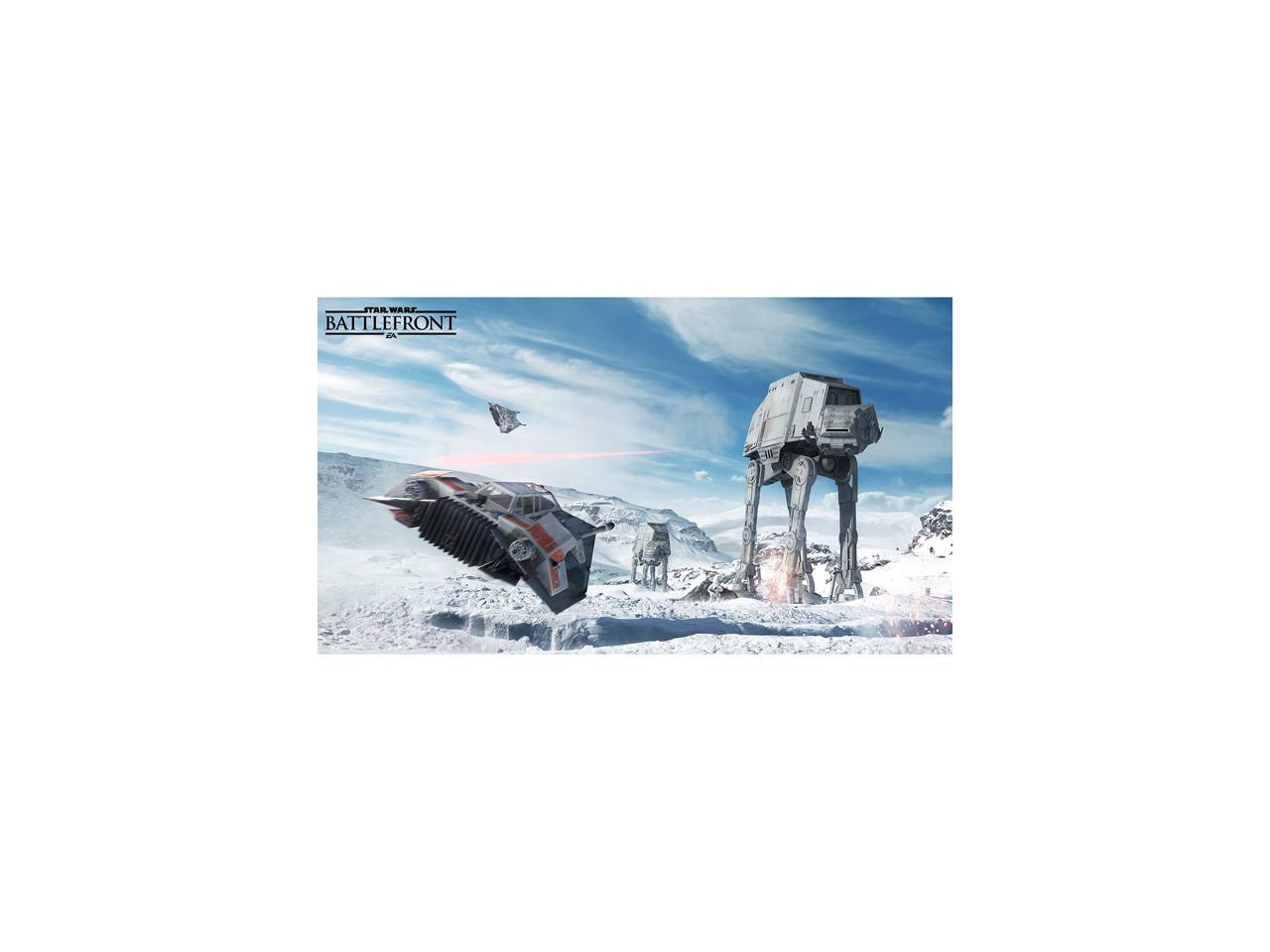 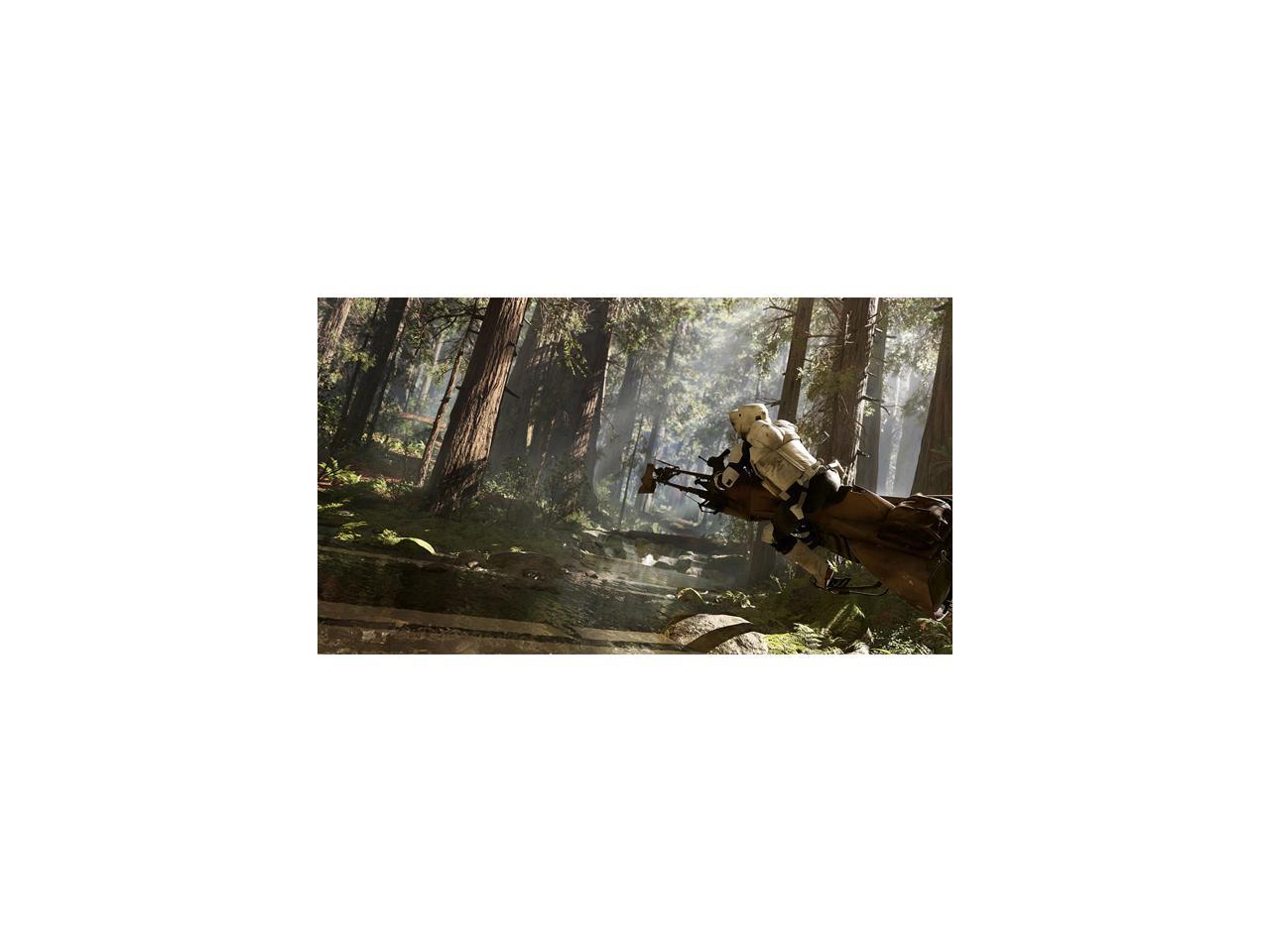 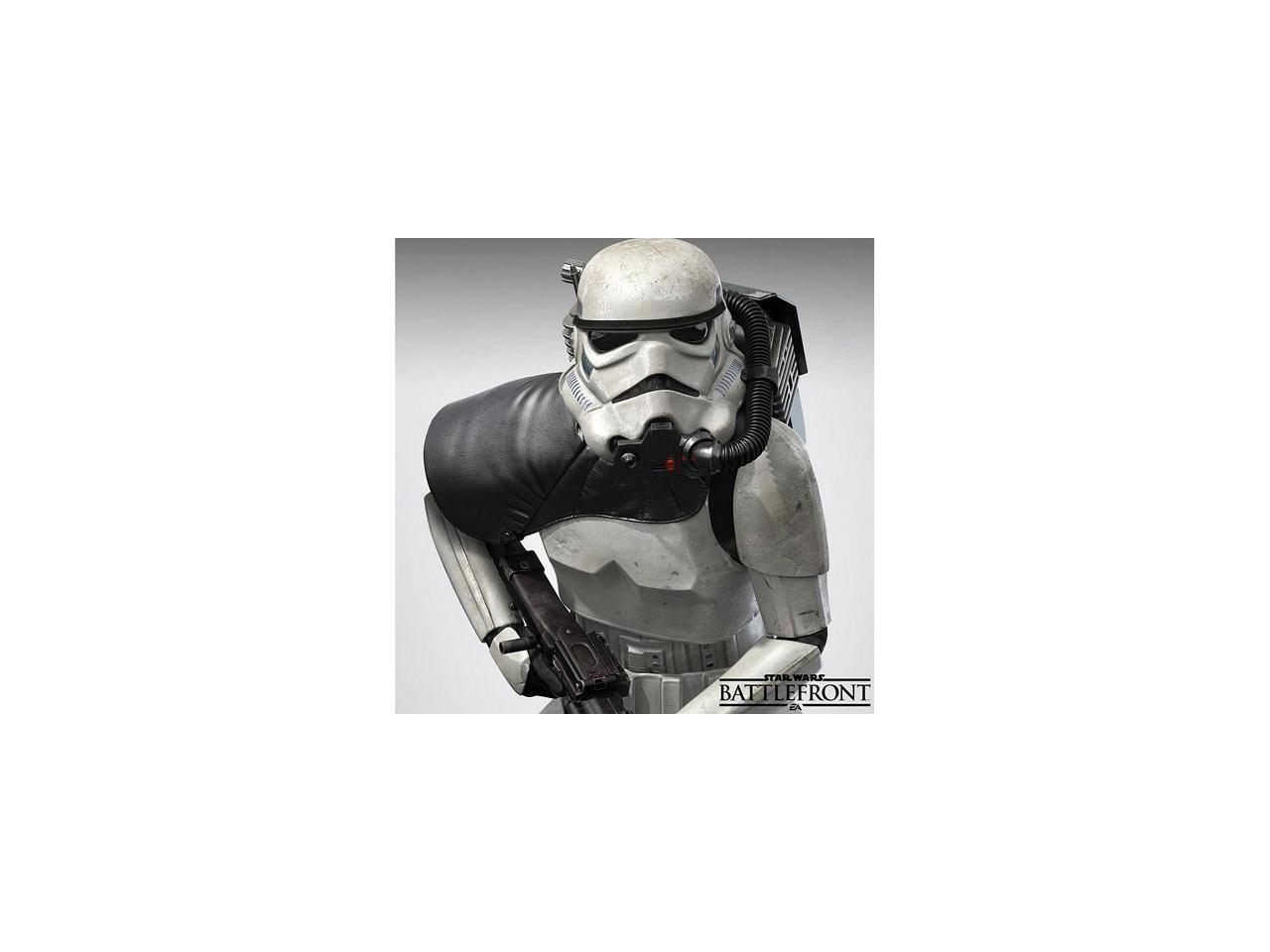 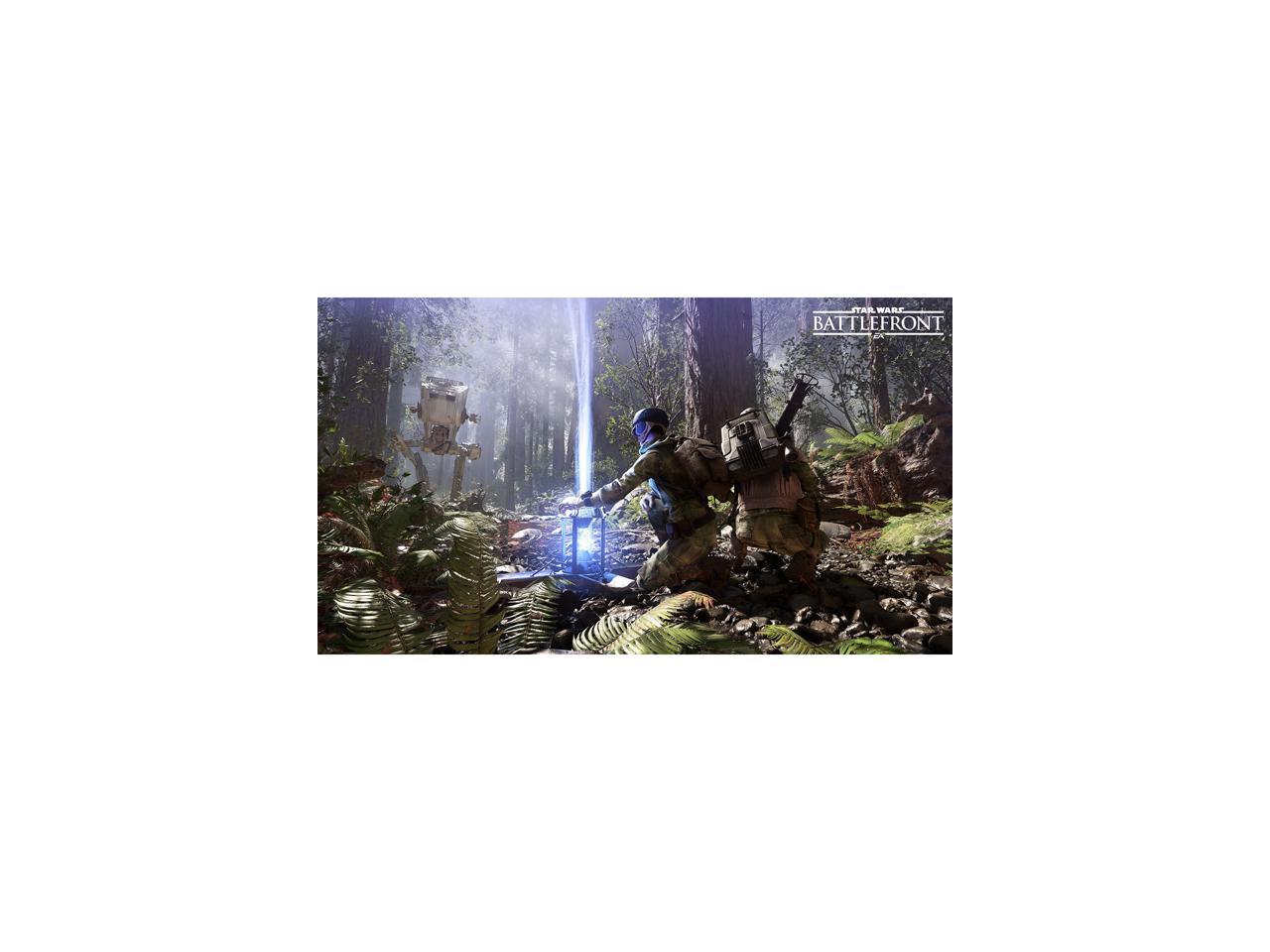 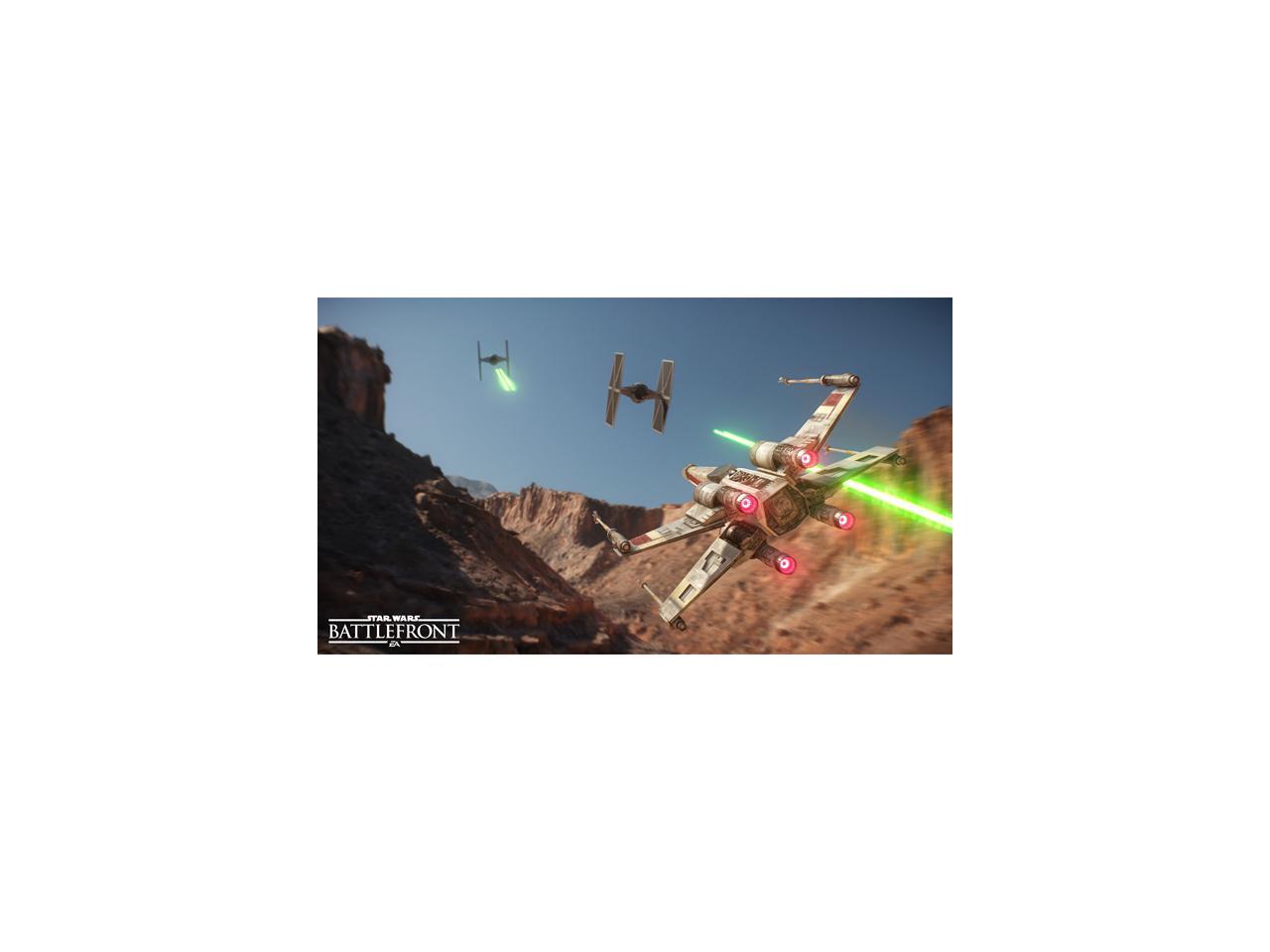 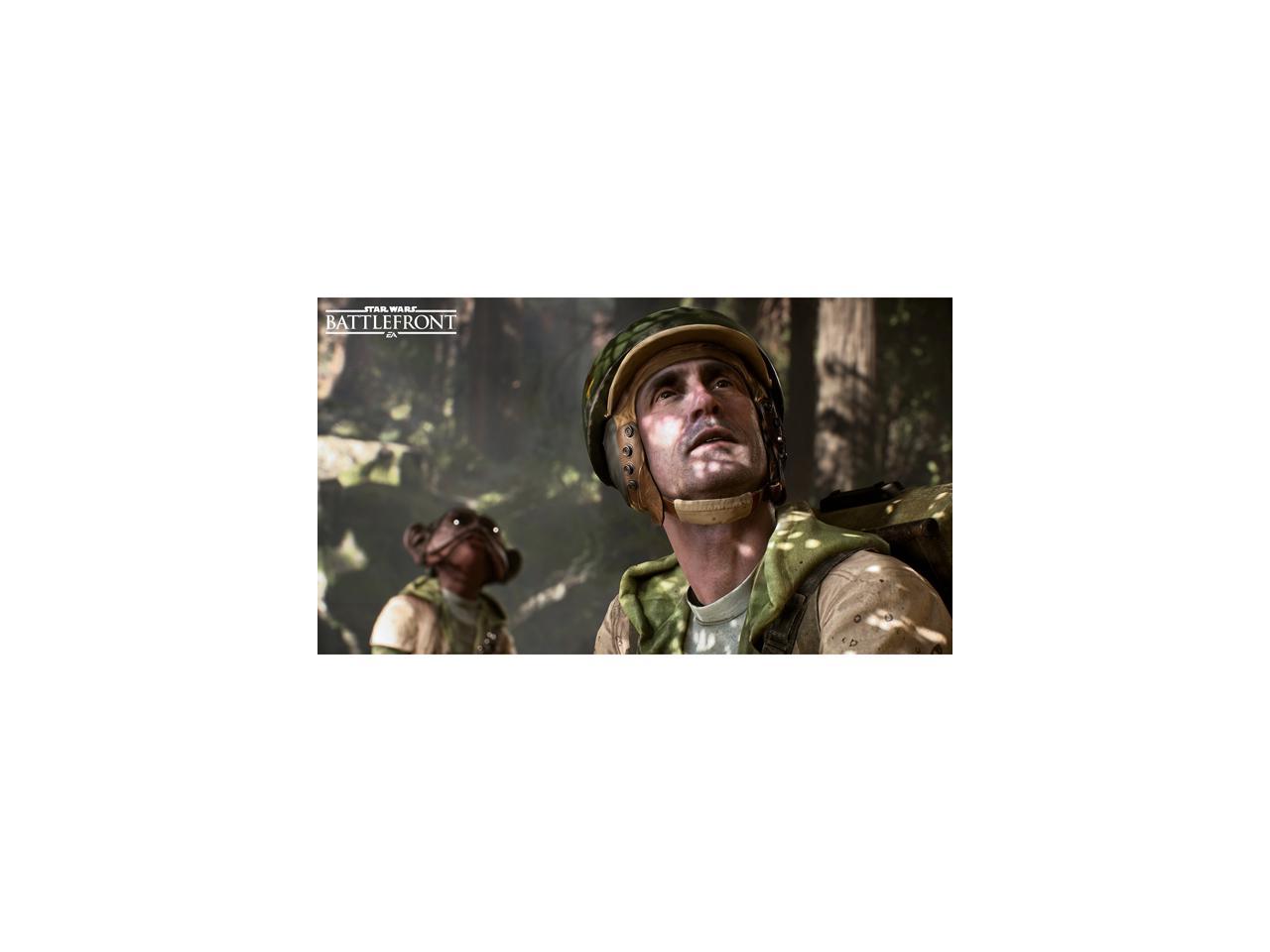 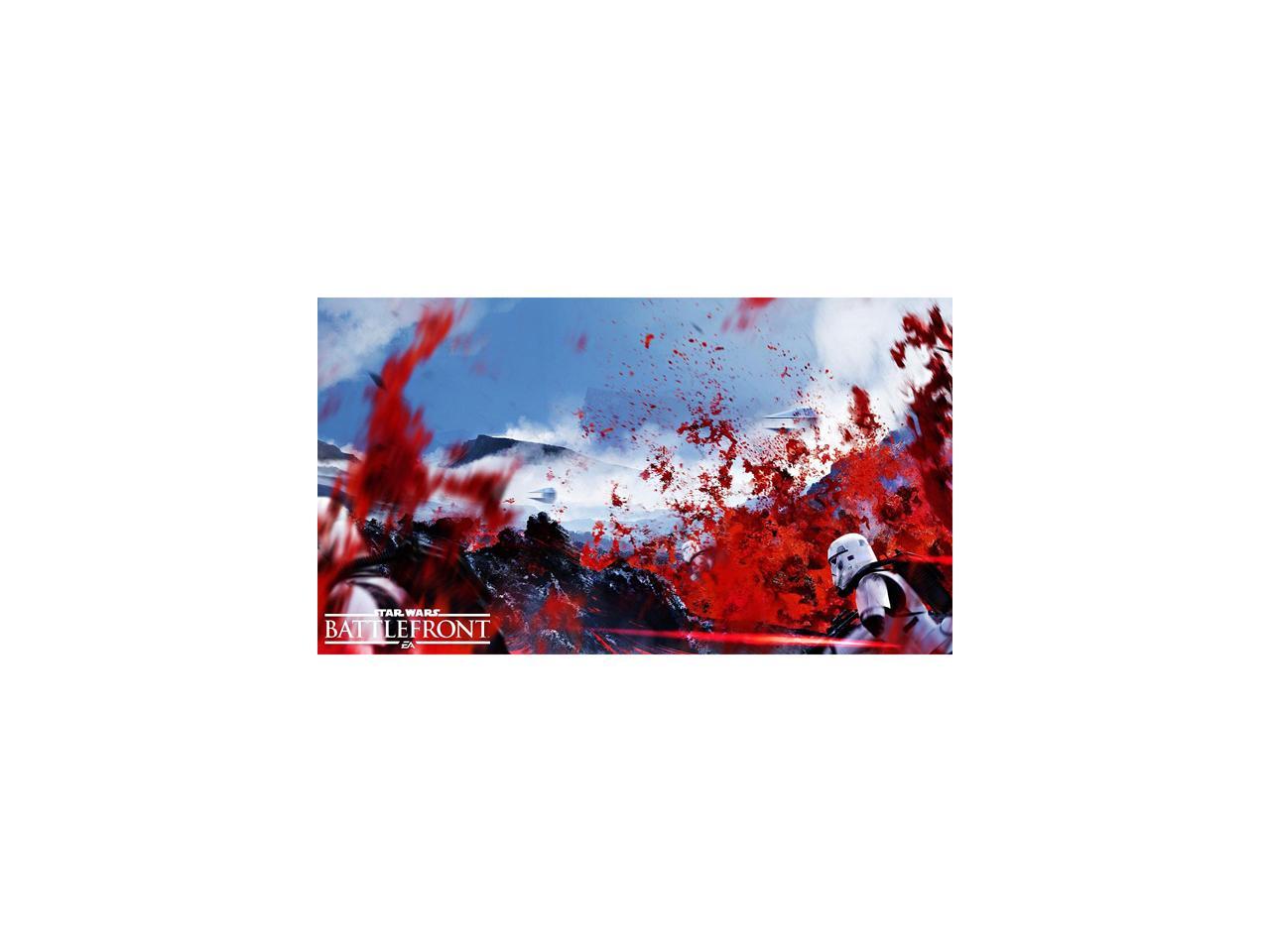 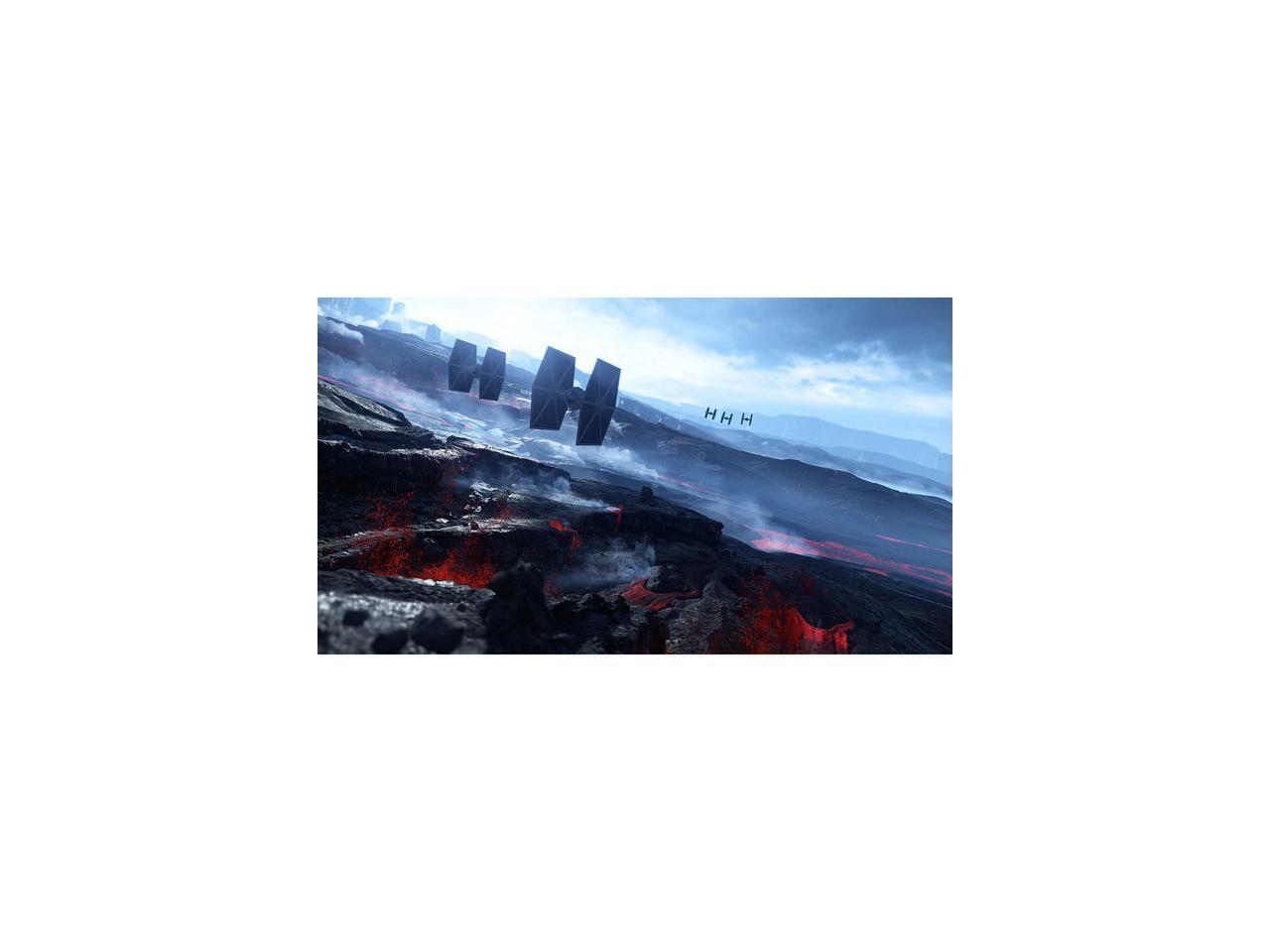 (4) Write a Review
In stock.
Ships from United States.
Fees for brokerage and duty included in price. Most customers receive within 5-17 days.
Overview
Specs
Reviews THE MOST
IMMERSIVE GAME

Photorealistic visuals and authentic sound design from the talented team at DICE.

Prepare to be transported to a galaxy far, far away.

GROUND-BASED COMBAT ON A GALACTIC SCALE

Fight for the fate of the galaxy. Fight as the galaxy's most memorable heroes and villains, like Darth Vader and Boba Fett.

Interact with some of the most beloved characters from the original trilogy.

Become the hero or villain of the battle.

Find out which squadrons will rule the skies. FOR JEDI AND PADAWANS ALIKE

Partner up with a friend in online multiplayer, share unlocks and have each other's backs on the battlefront.

Fight for the Empire or Republic offline, solo or with a friend, in carefully crafted missions.

Pros: Great game and it is a hell of lot easier to play on the Xbox then PlayStation (I have both)... Plenty of fun and my kids just love it

Cons: Its a hard game to get good at. My kids love it but tire of it quickly. Could use a casual setting to get you better adapted to playing the game.

Overall Review: I am not the best a shooter games. This one is great for a Star Wars fan and I love it. Just a little hard to master. UPDATE~ I love this game. Bought a second copy for a friend. It was lost in transit and NEW EGG took care of it and immediately replaced! Thank you so much NewEgg!

Pros: Found this game cheap. It was the cheapest i found on net.

Cons: Slowwwwww shipping took 12 days. So of course i can finally enjoy. Tried contracting service twice and no response until today. Wont order from here anymore

Overall Review: Good for the price but if you want it quick either order with faster shipment or wait two weeks for it. Bad service comunication also.

Cons: Controls are clunky No Mouse and Keyboard Cannot play PS4 or PC players Only 3 levels unless you pay out for more levels Have to pay for upgrades which others may have and wipe you out easily Frustrating game play

Pros: None. Can't load the game to find out!

Cons: Game will not load on the Xbox One it came bundled with