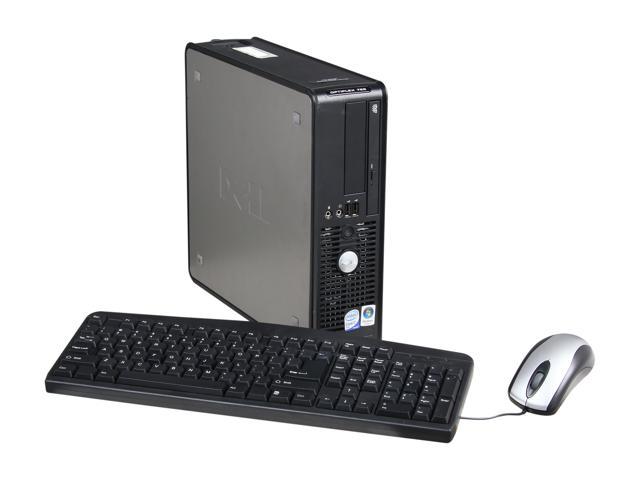 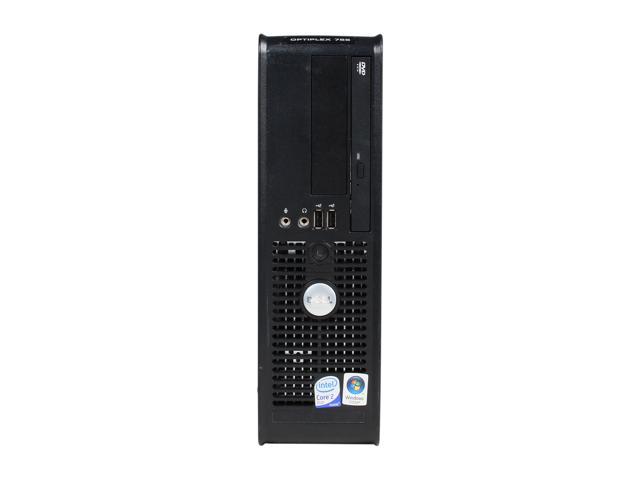 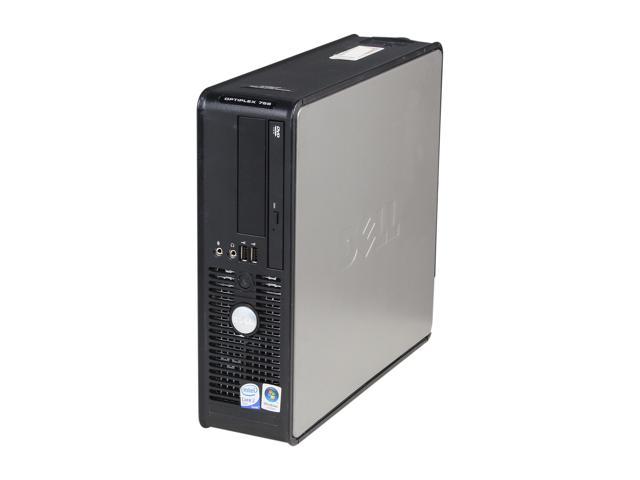 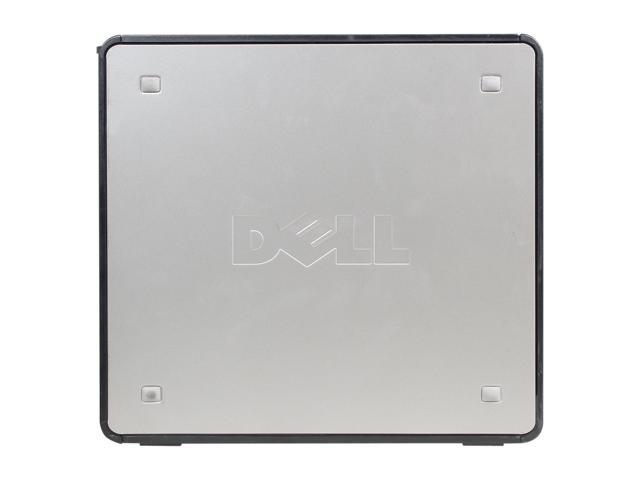 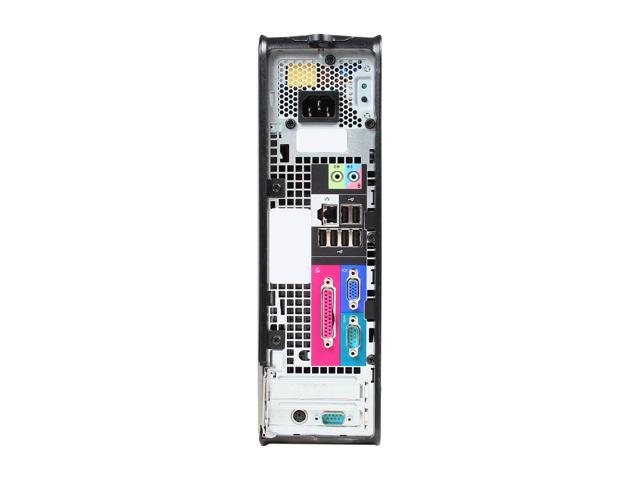 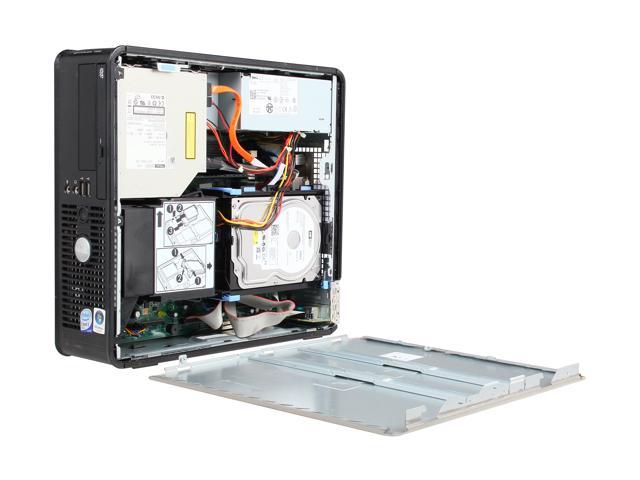 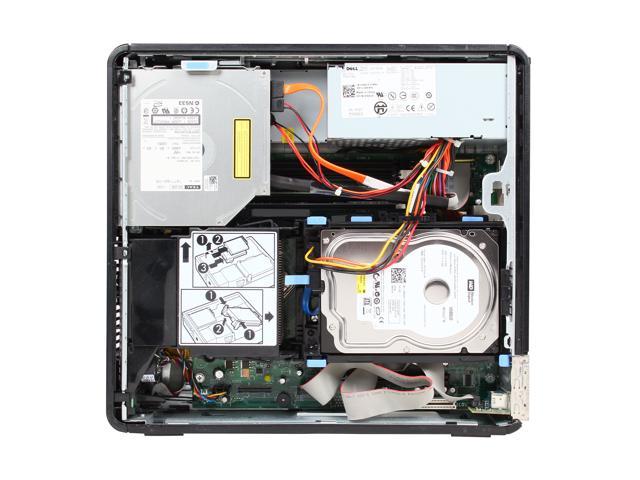 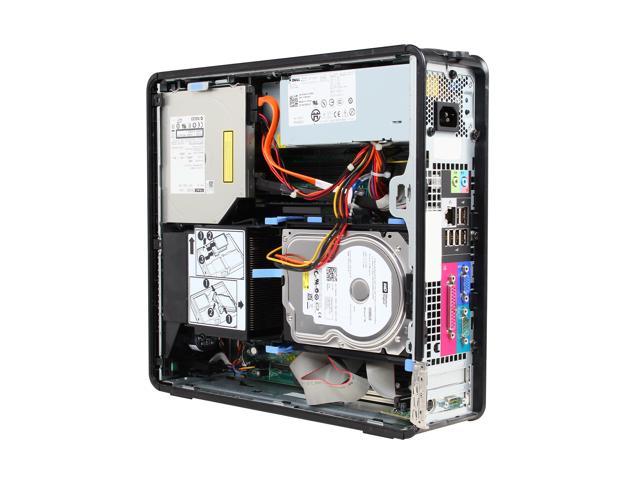 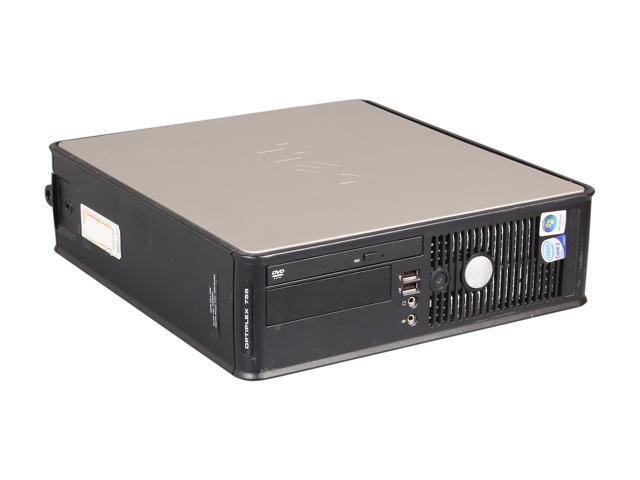 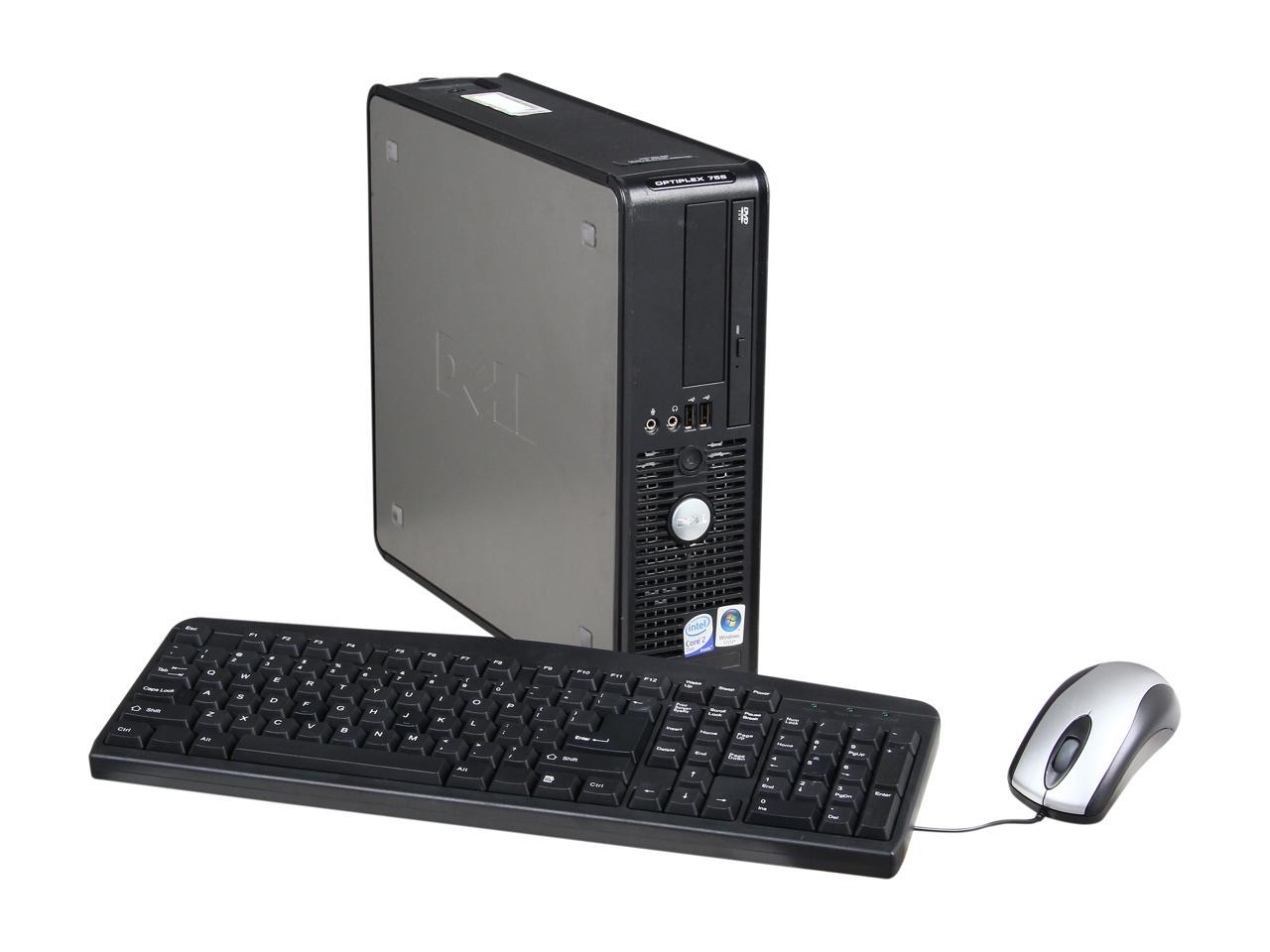 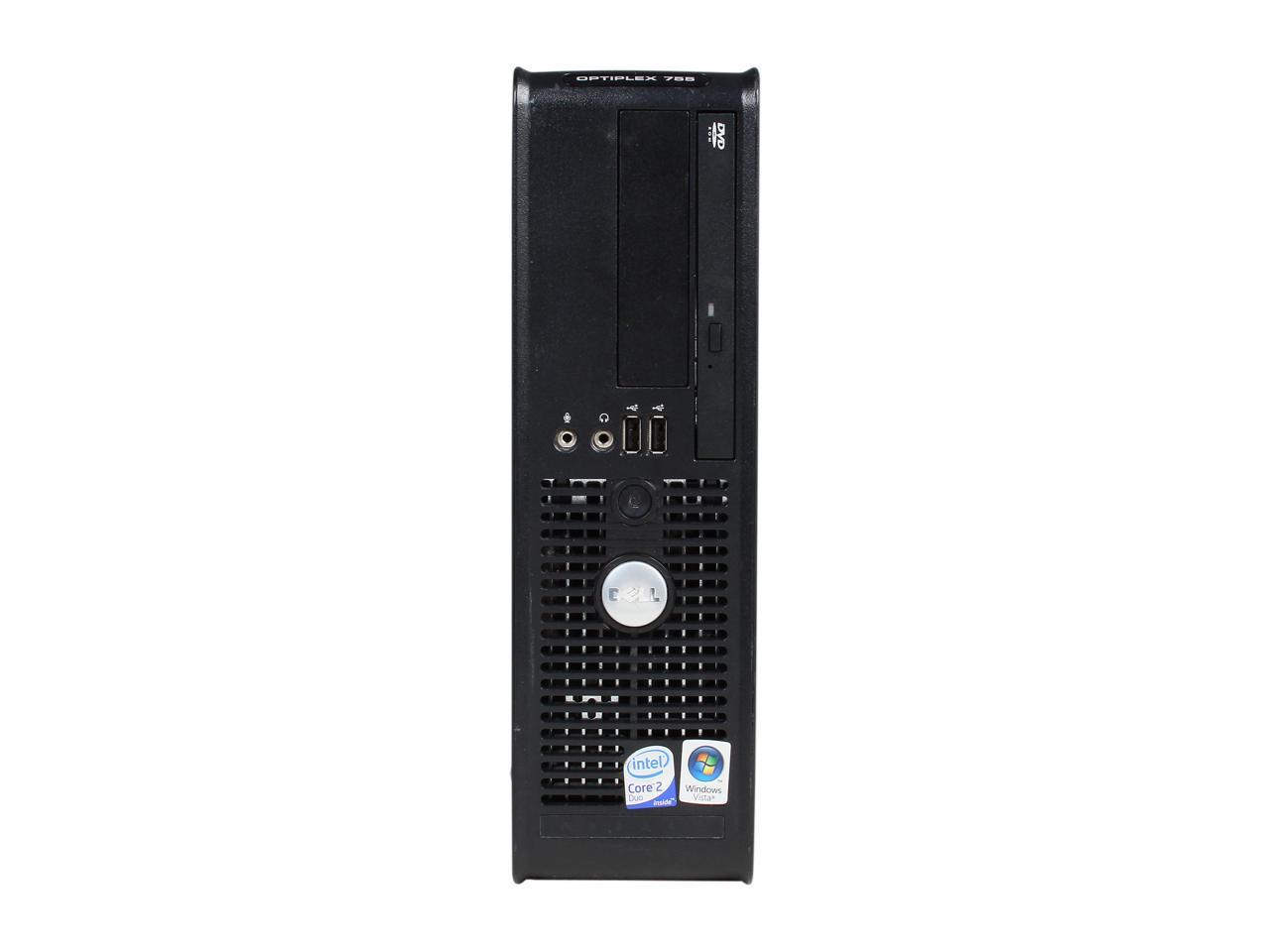 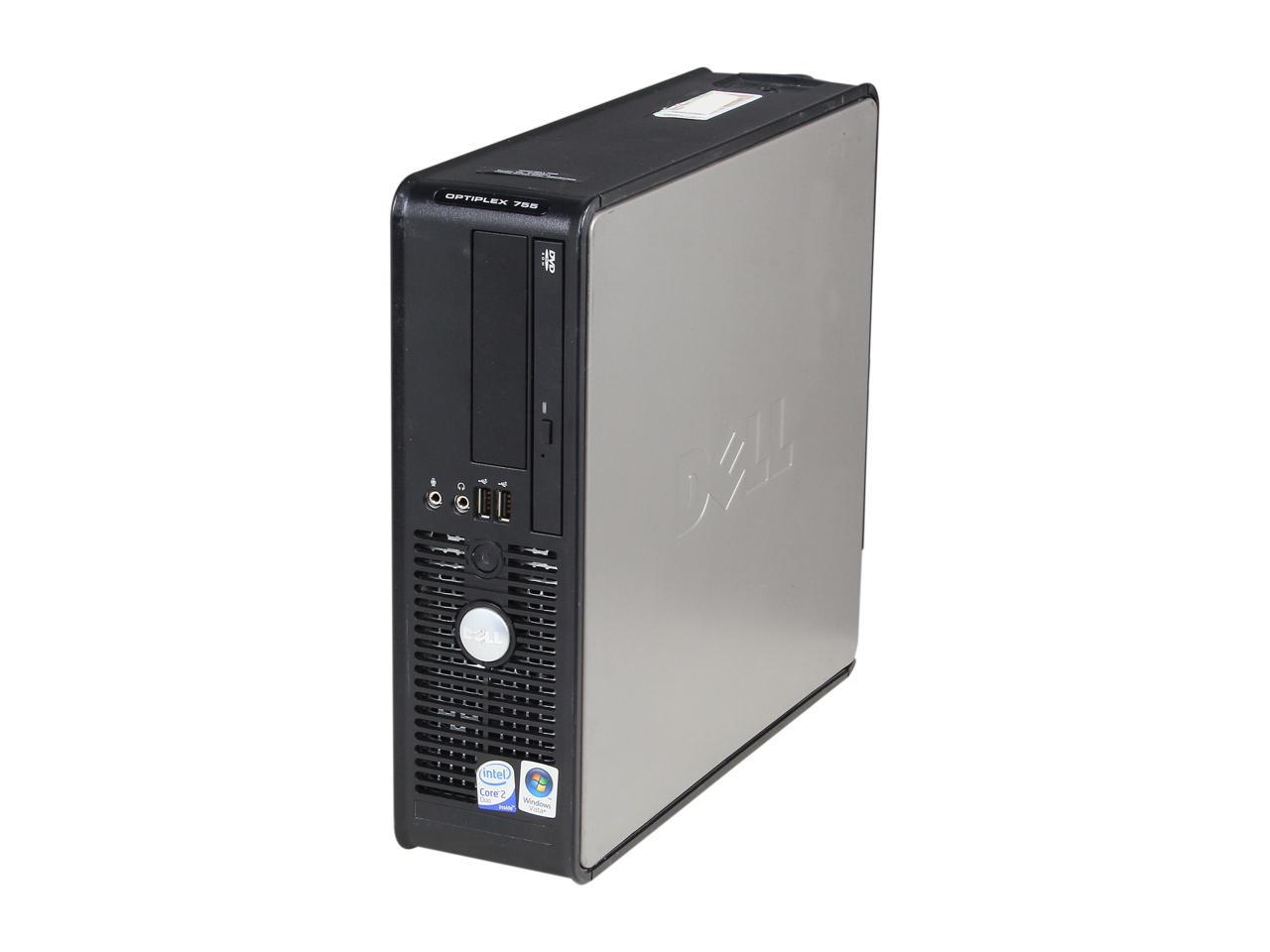 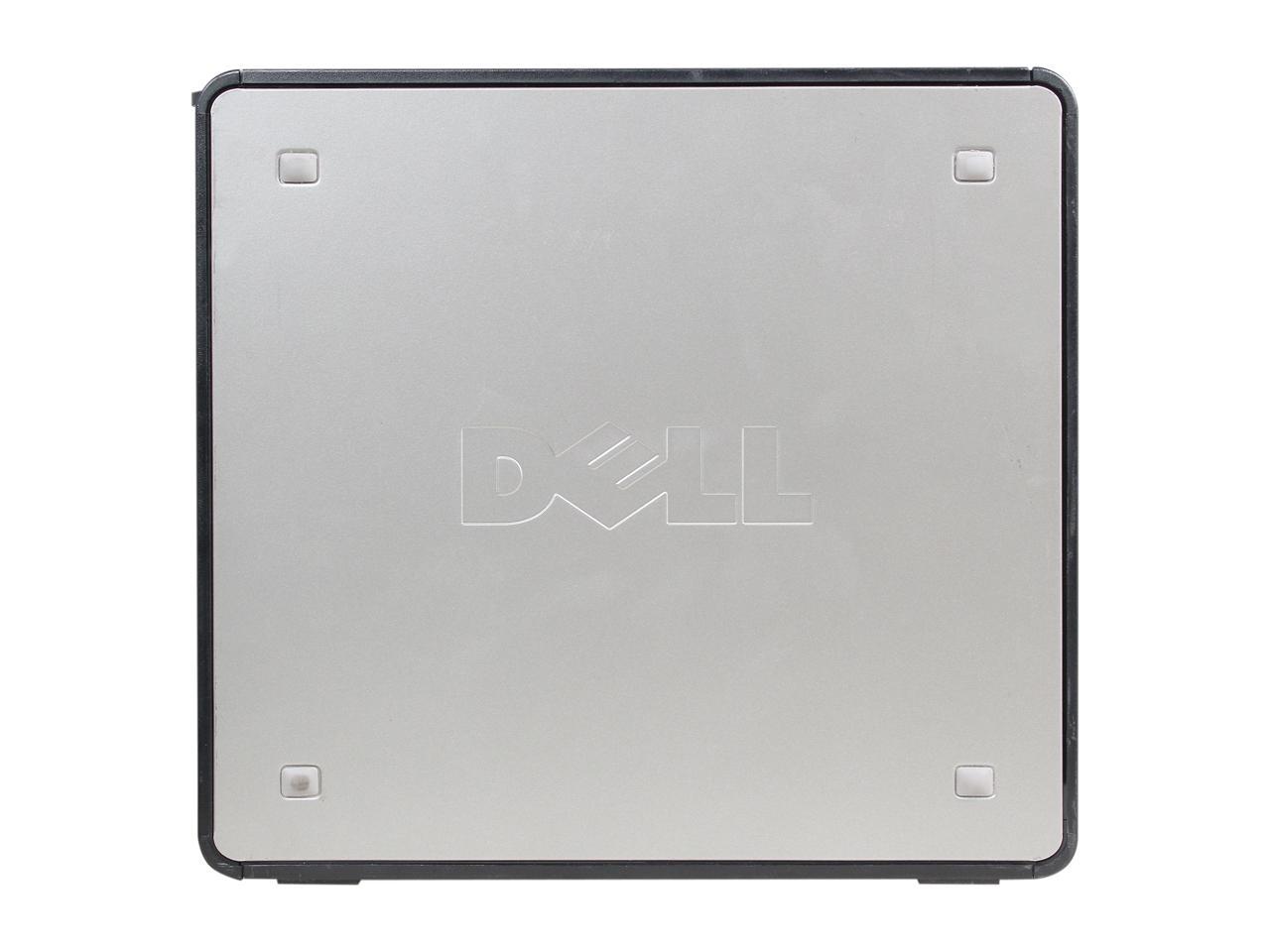 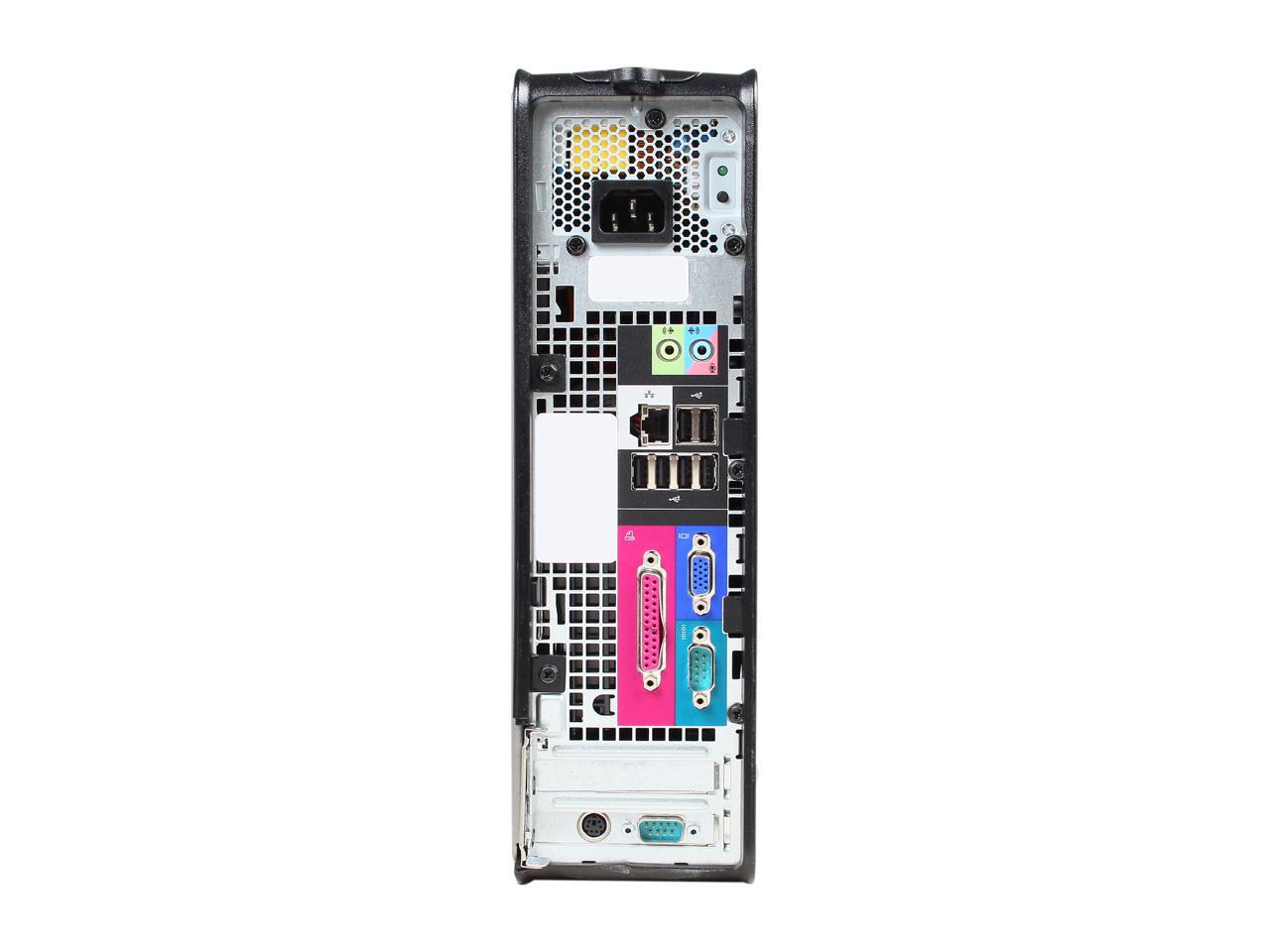 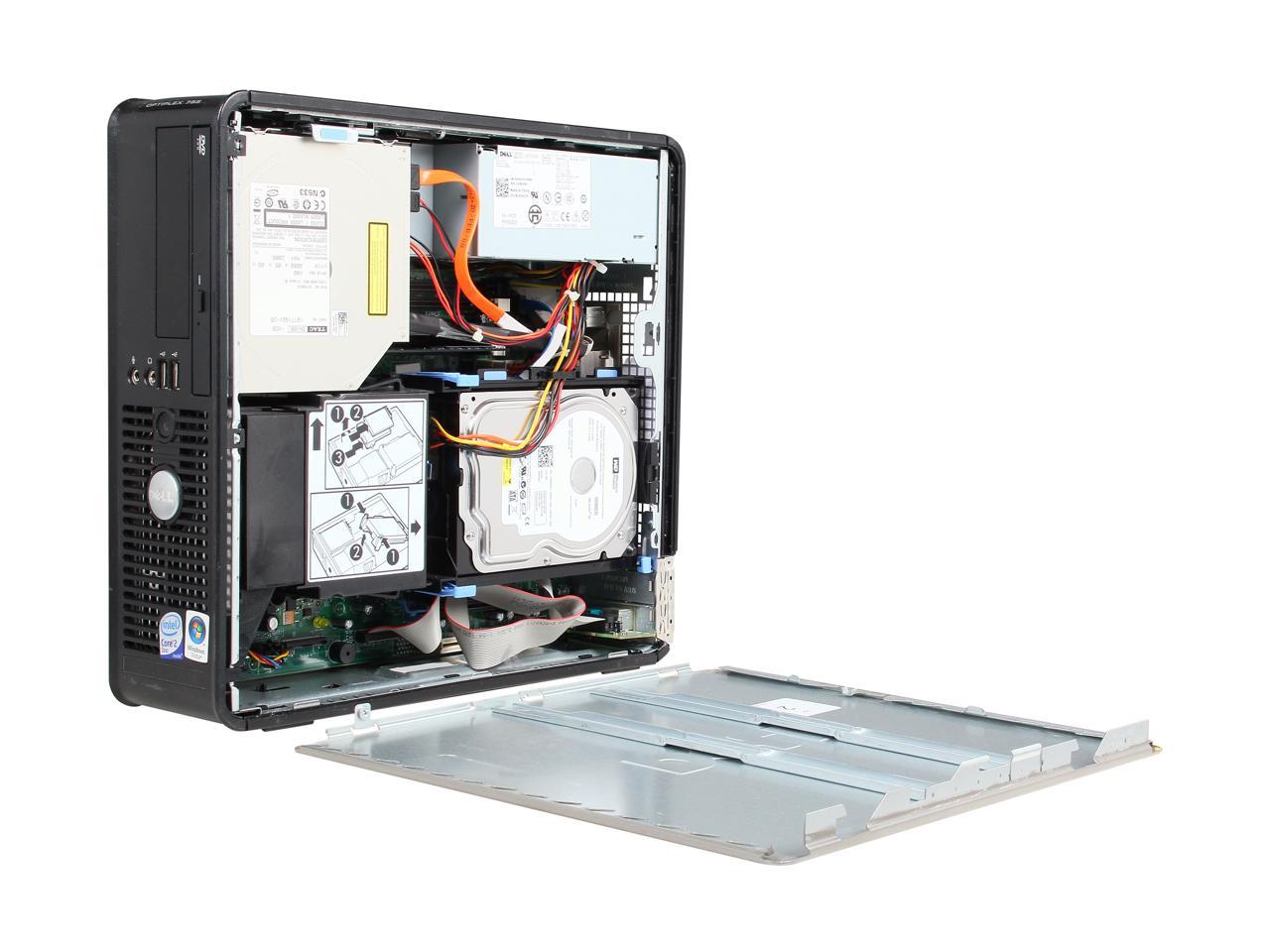 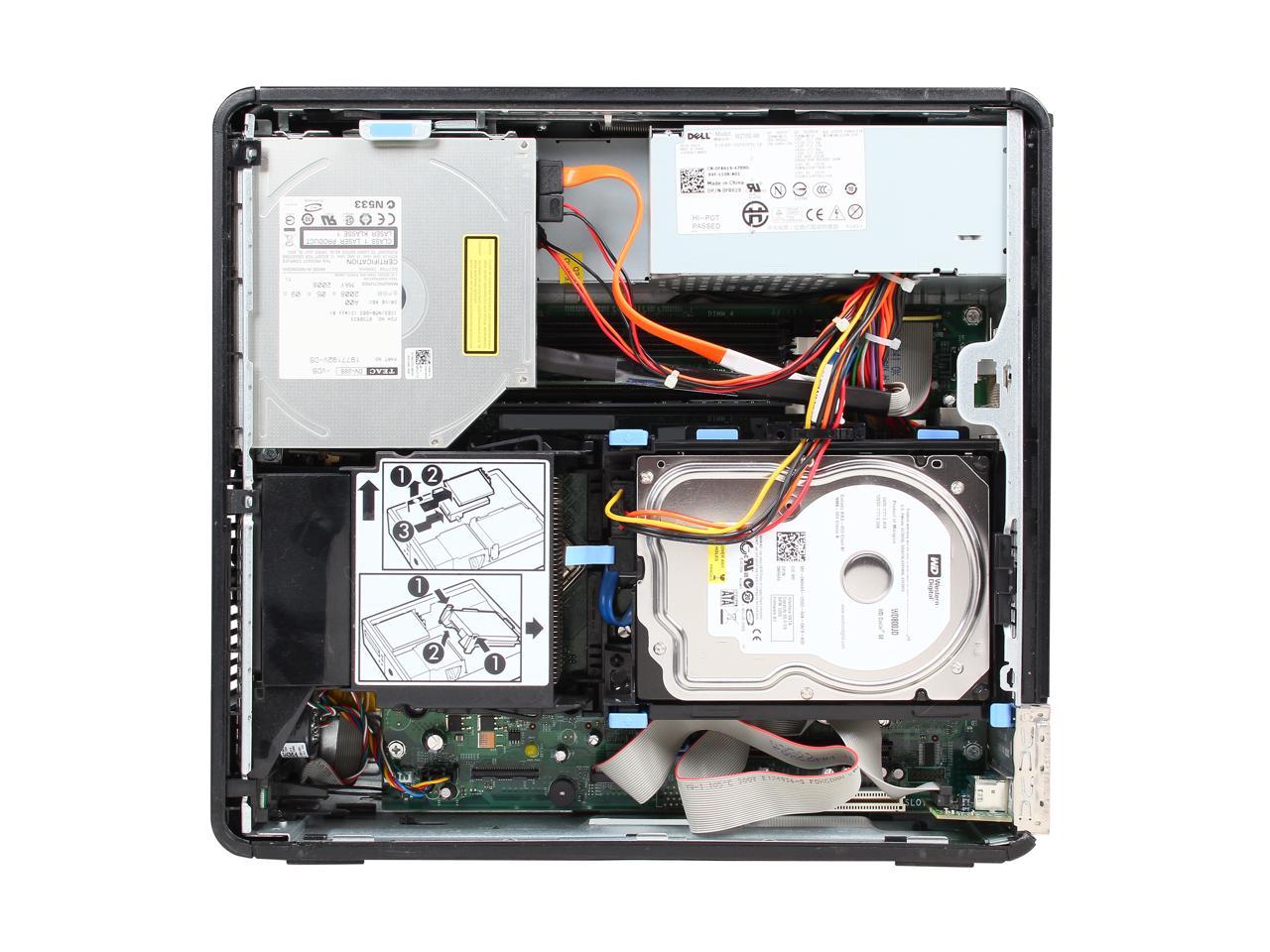 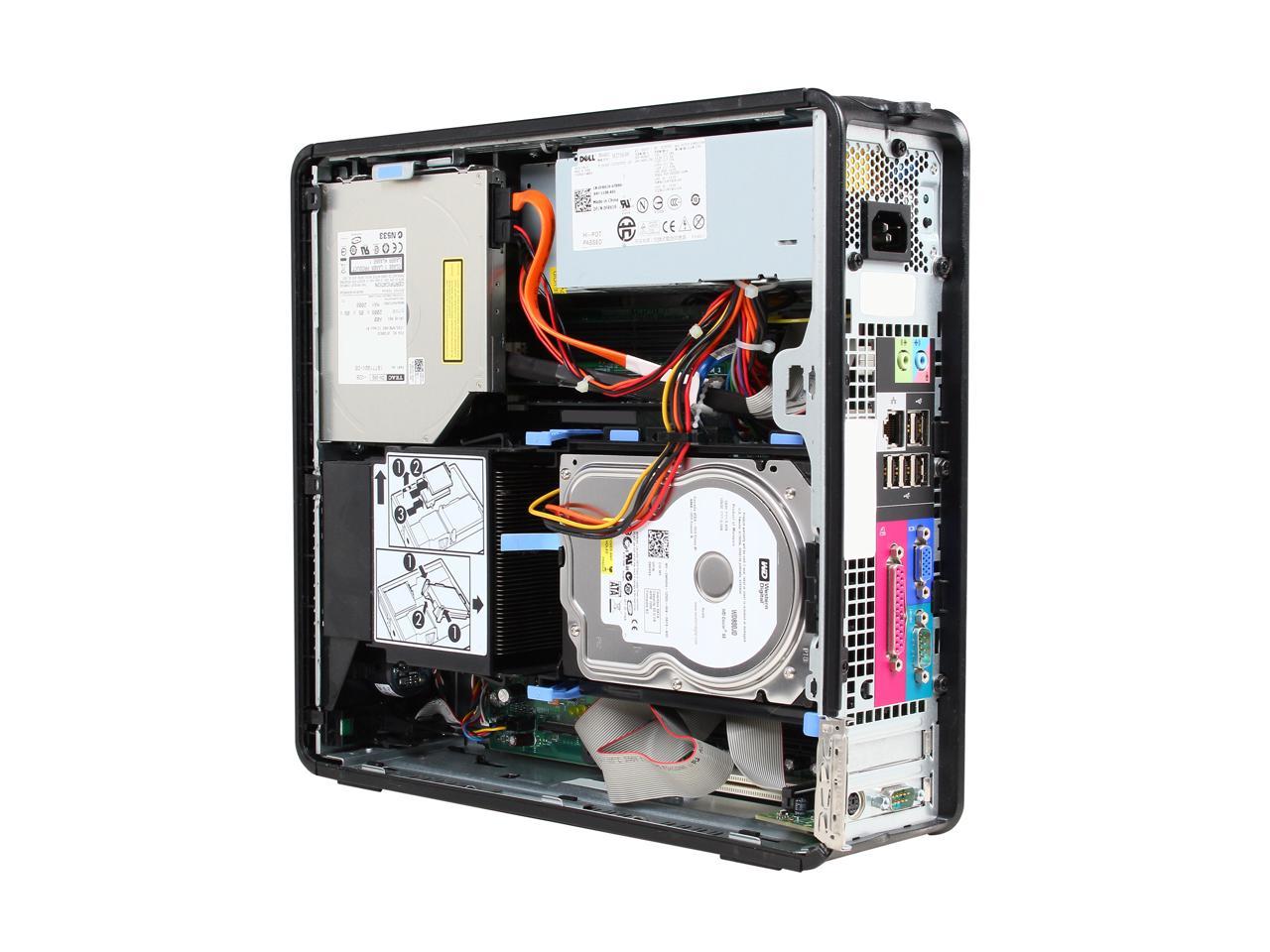 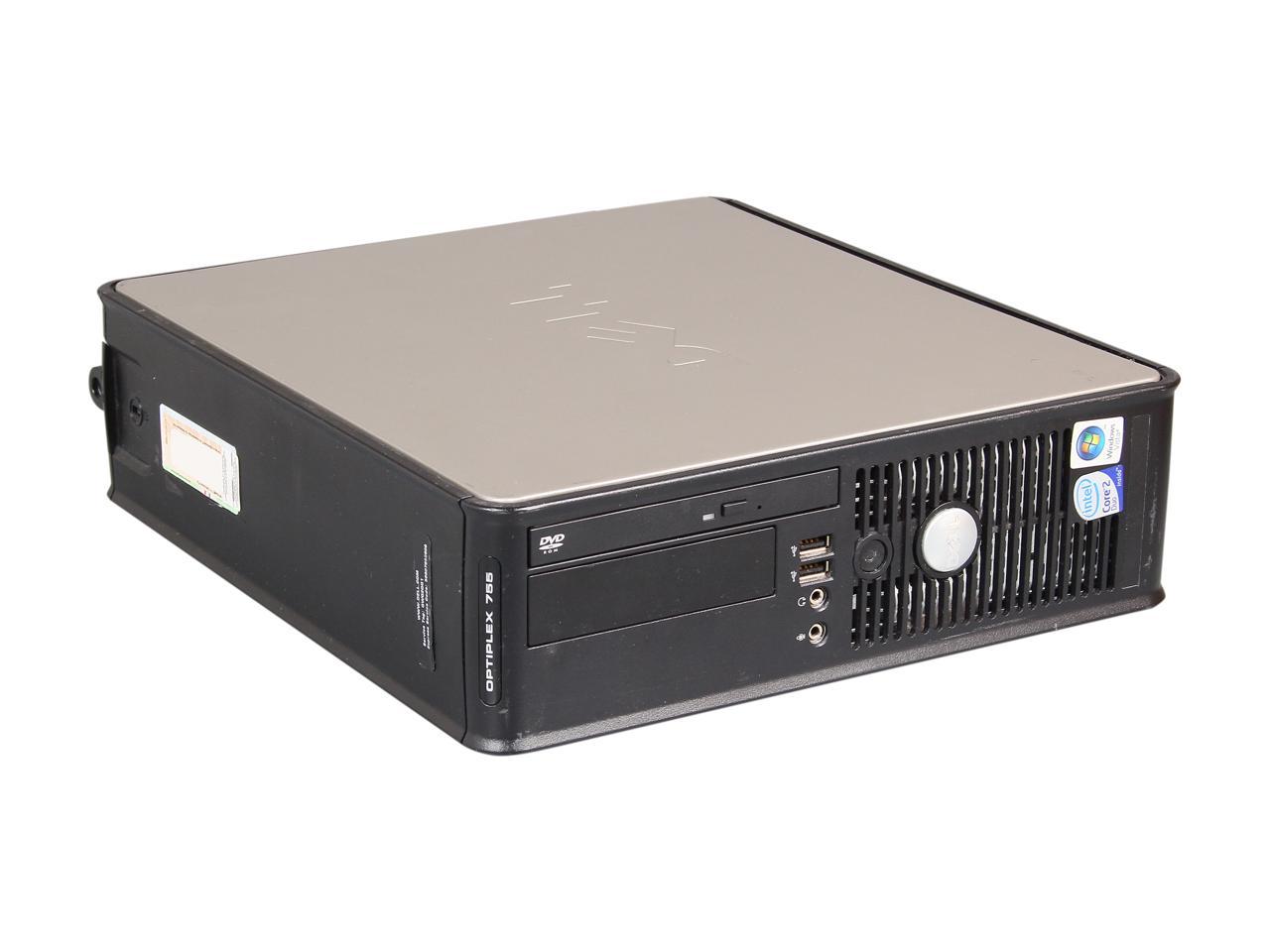 This means the product was tested and repaired as required to meet the standards of the refurbisher, which may or may not be the original manufacturer. Any exceptions to the condition of the item outside the manufacturer’s information should be provided in the listing, up to and including warranty details.
(5) Write a Review
OUT OF STOCK.
Fees for brokerage and duty included in price.
Specs
Reviews

Learn more about the DELL 755 SFF

Cons: Definitely a refurb/scratch/dent - be prepared. Mouse was smashed so it had to be tossed out. No big deal.

Overall Review: Great system at a pretty good price with discs. Buy it.

Cons: I had an issue installing a video card (HD 7750 1GB): during installation I kept getting a BSOD - something about plug and play issues... I suspected it might have something to do with power consumption, so after failing to install it four times, I disconnected the optical drive. The installation then went fine. It might have been magic... because I can't really explain why a video card that only draws about 40W would overtax a system/power source (275W) like this.

Overall Review: I purchased this to replace a circa 2003 Dell Optiplex GX270 that has been faithful as a "media center PC" for about six years. Like another reviewer, I added an HD 7750 1GB (about $100) low profile video card. I am also thinking about buying 2GB of RAM (DDR2 PC2 8500, about $45) and installing Windows 7 64 bit to take advantage of all 4GB. A very nice computer for about $300 after adding an over-powered video card (for the PC) and RAM.

Pros: makes a great computer for anything! I use it at LAN party's ;) with some upgrades. ram,hdd,video card. PUT A LOW PROFILE HD7750 in it! bottleneck? who cares lol

Pros: The Dell Optiplex 755 is a good computer and can handle Win7 easily. The SFF is a nice size.

Cons: Off-brand of memory had been added-- failed in less than 3 months. Will ask Newegg if their "90 day" parts warranty means anything....

Cons: Bought 6 of these. 80% hard disk failure after you take your valuable time to configure them. Add to the price a new HD and work time and it's not such a good deal.