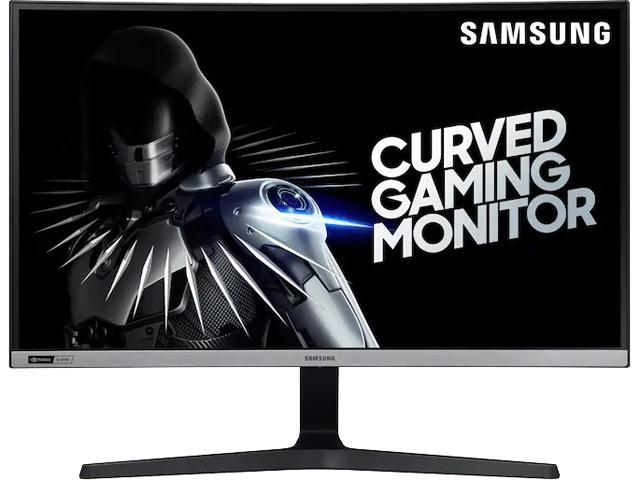 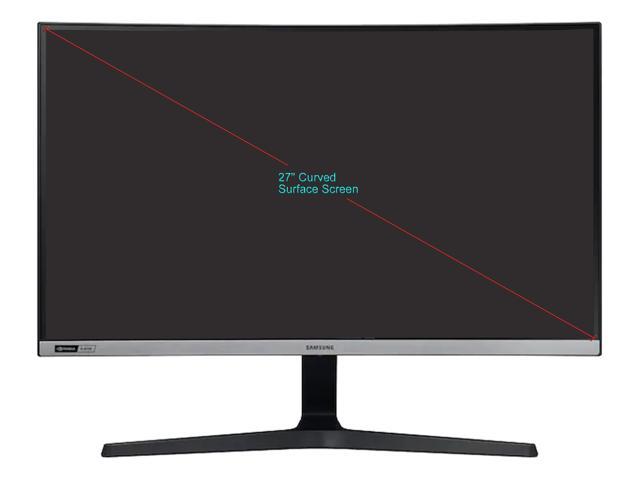 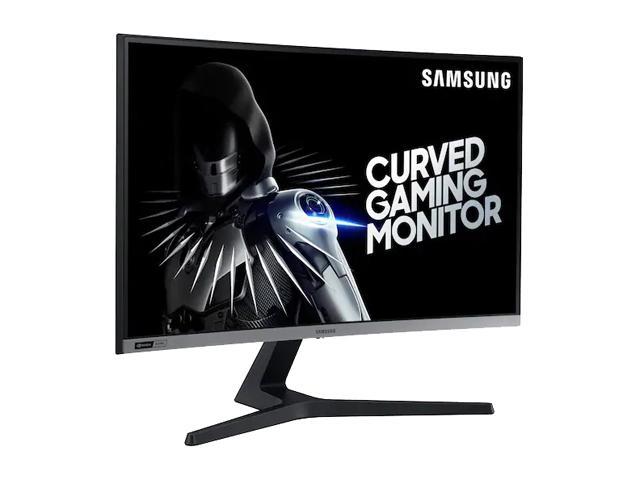 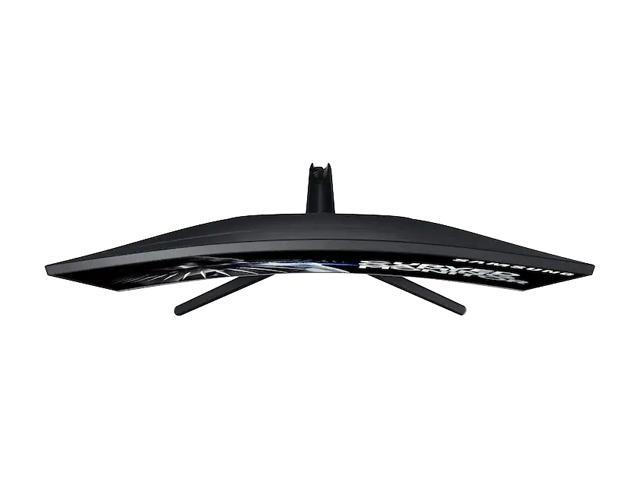 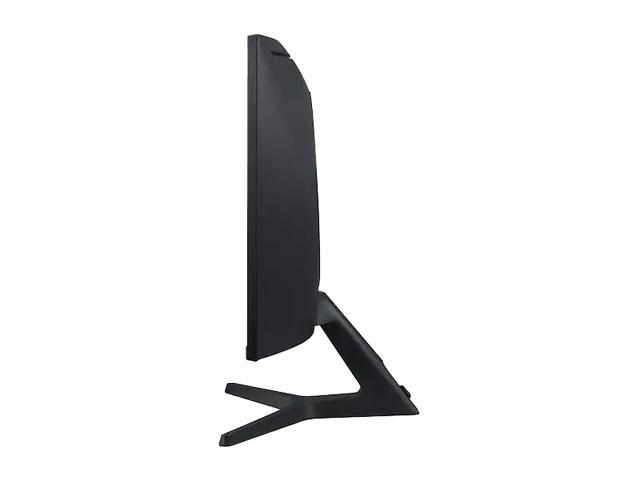 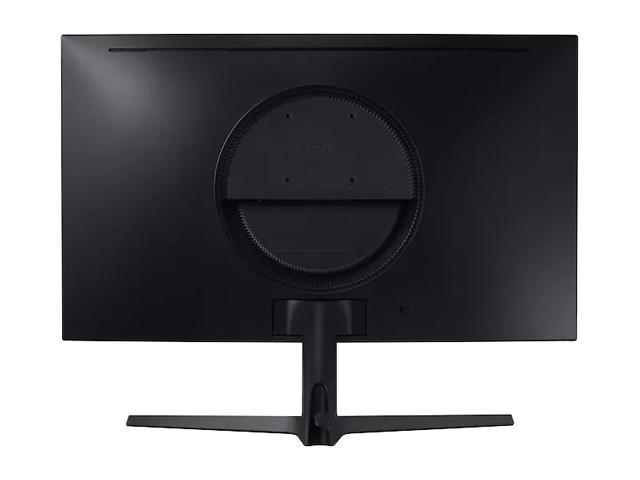 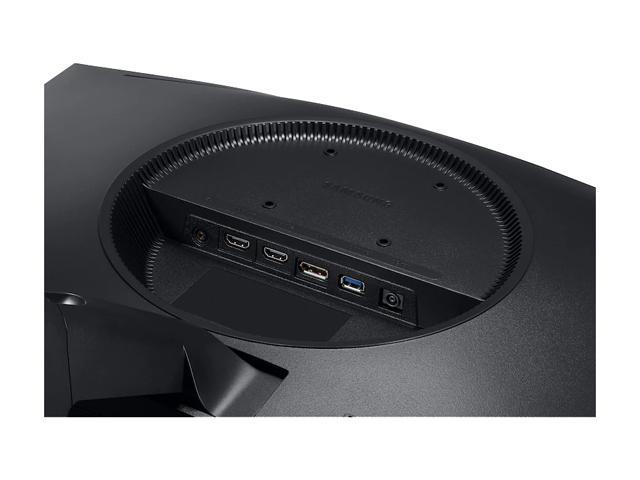 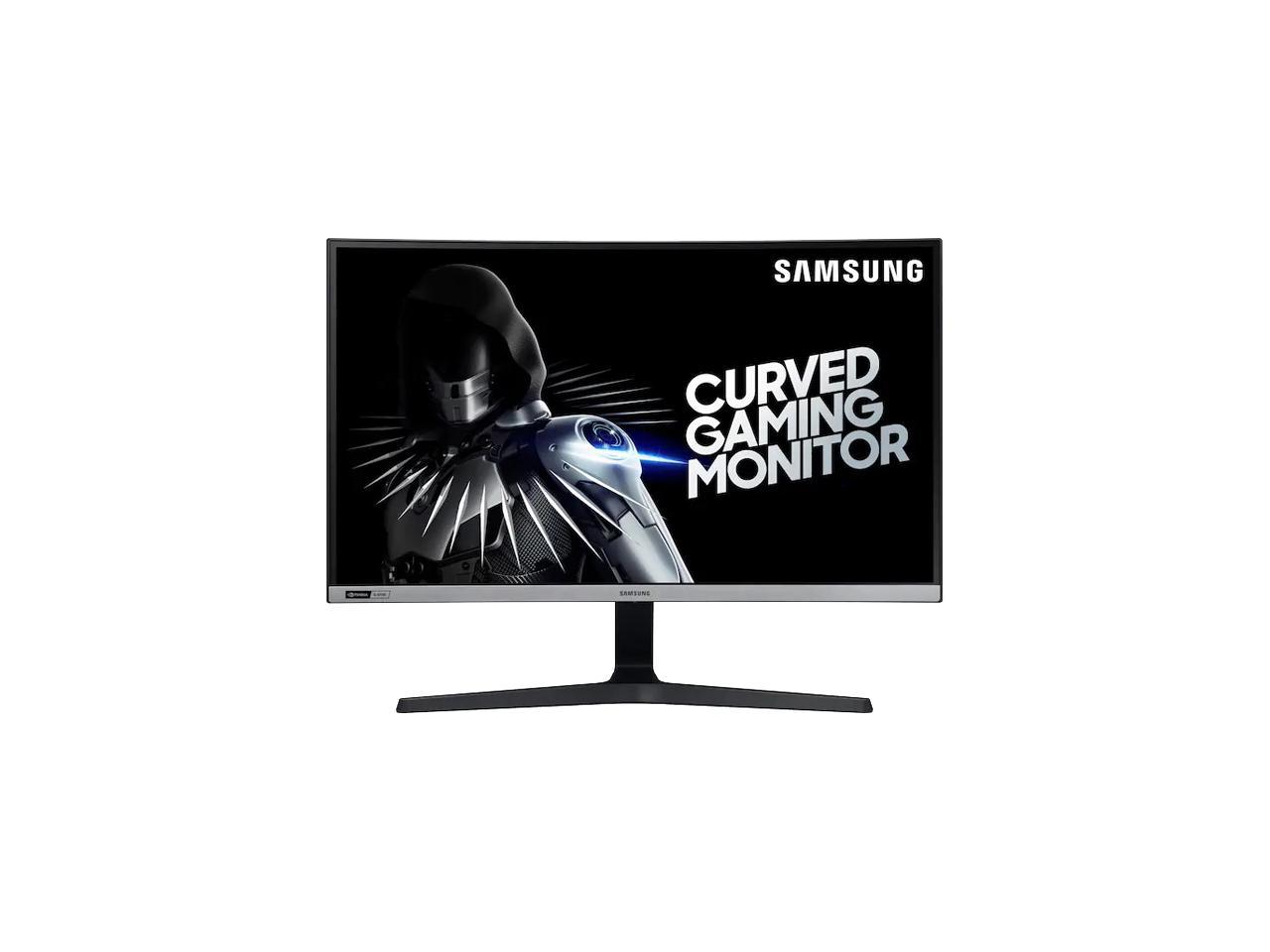 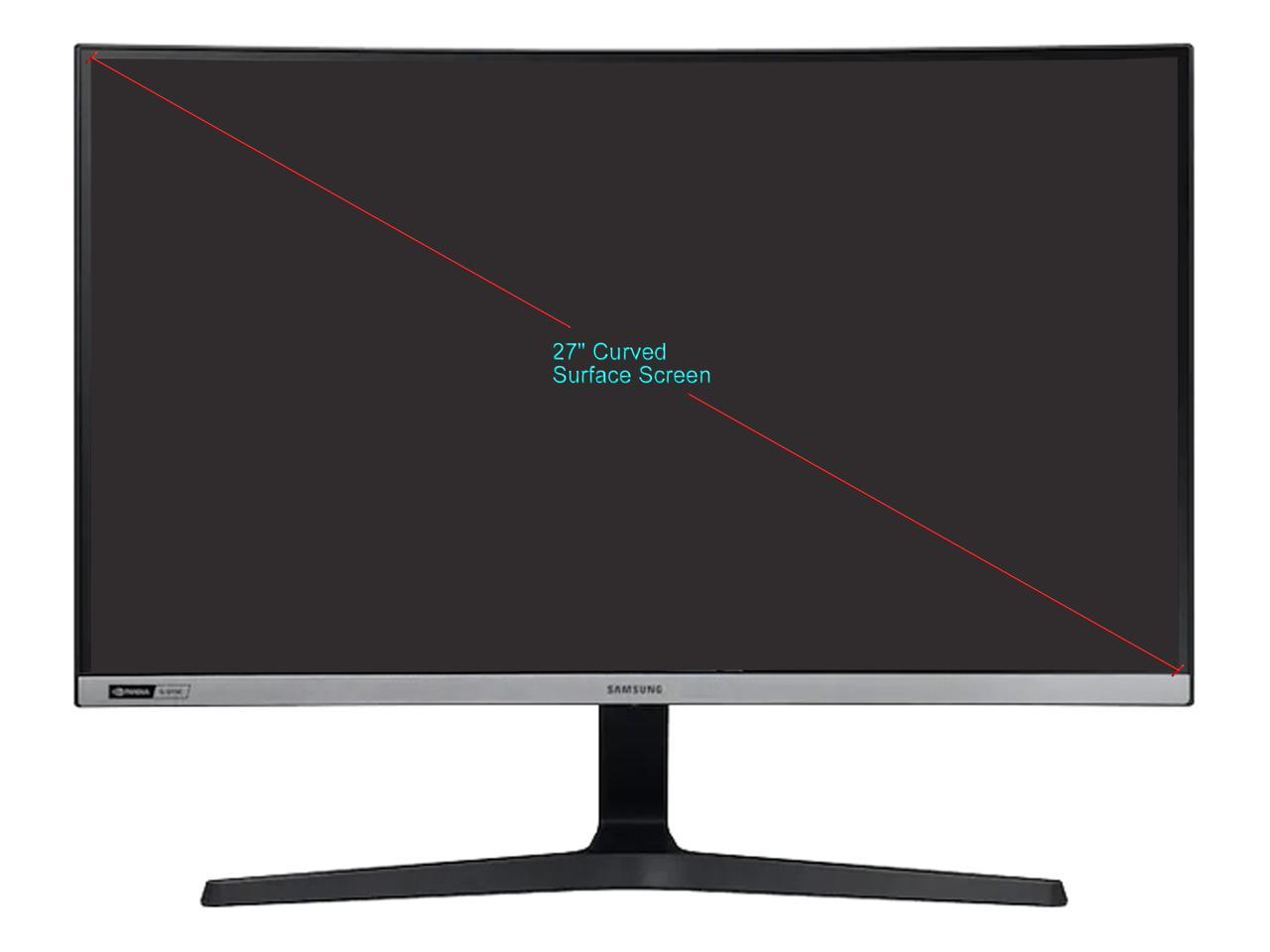 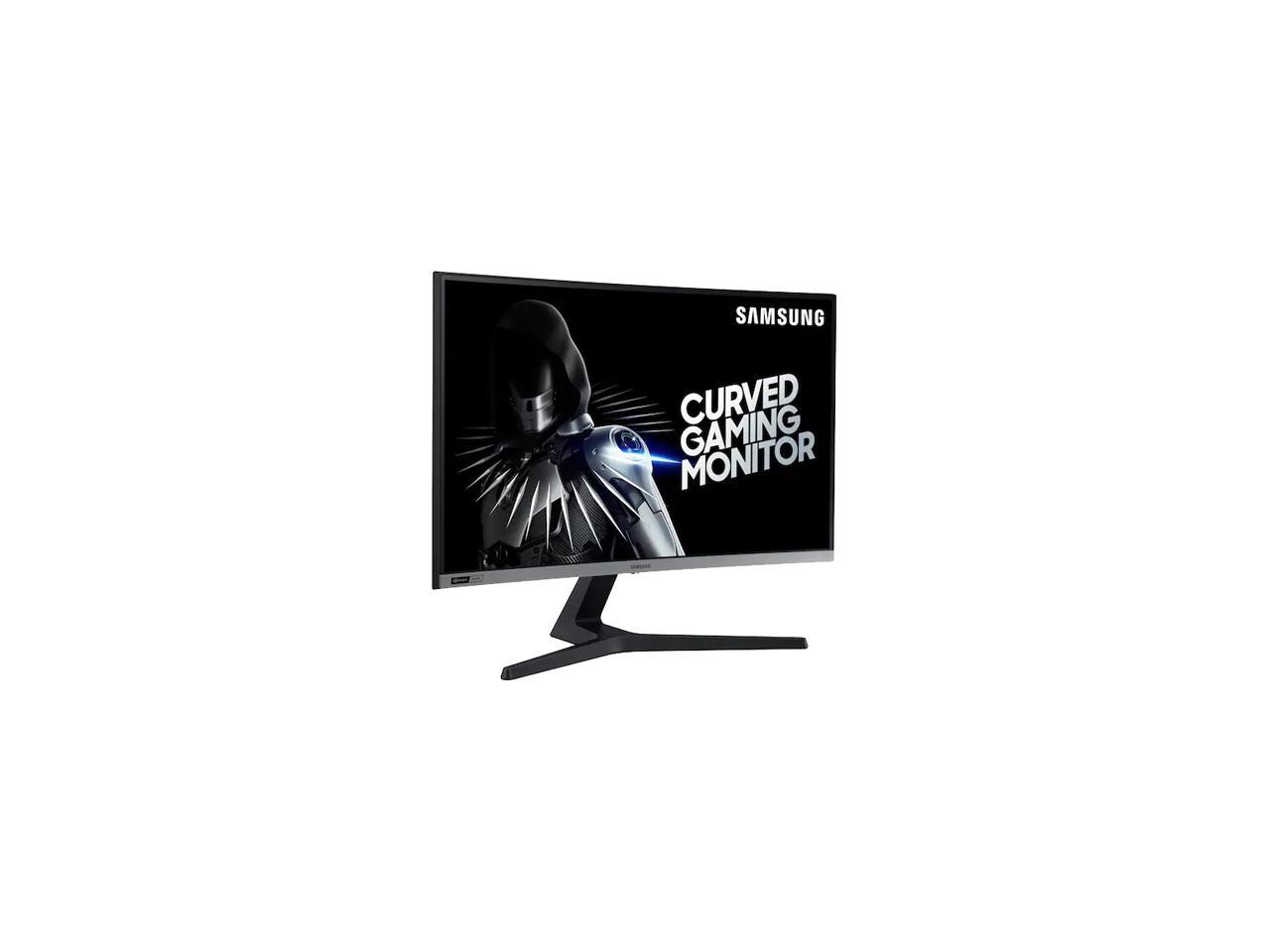 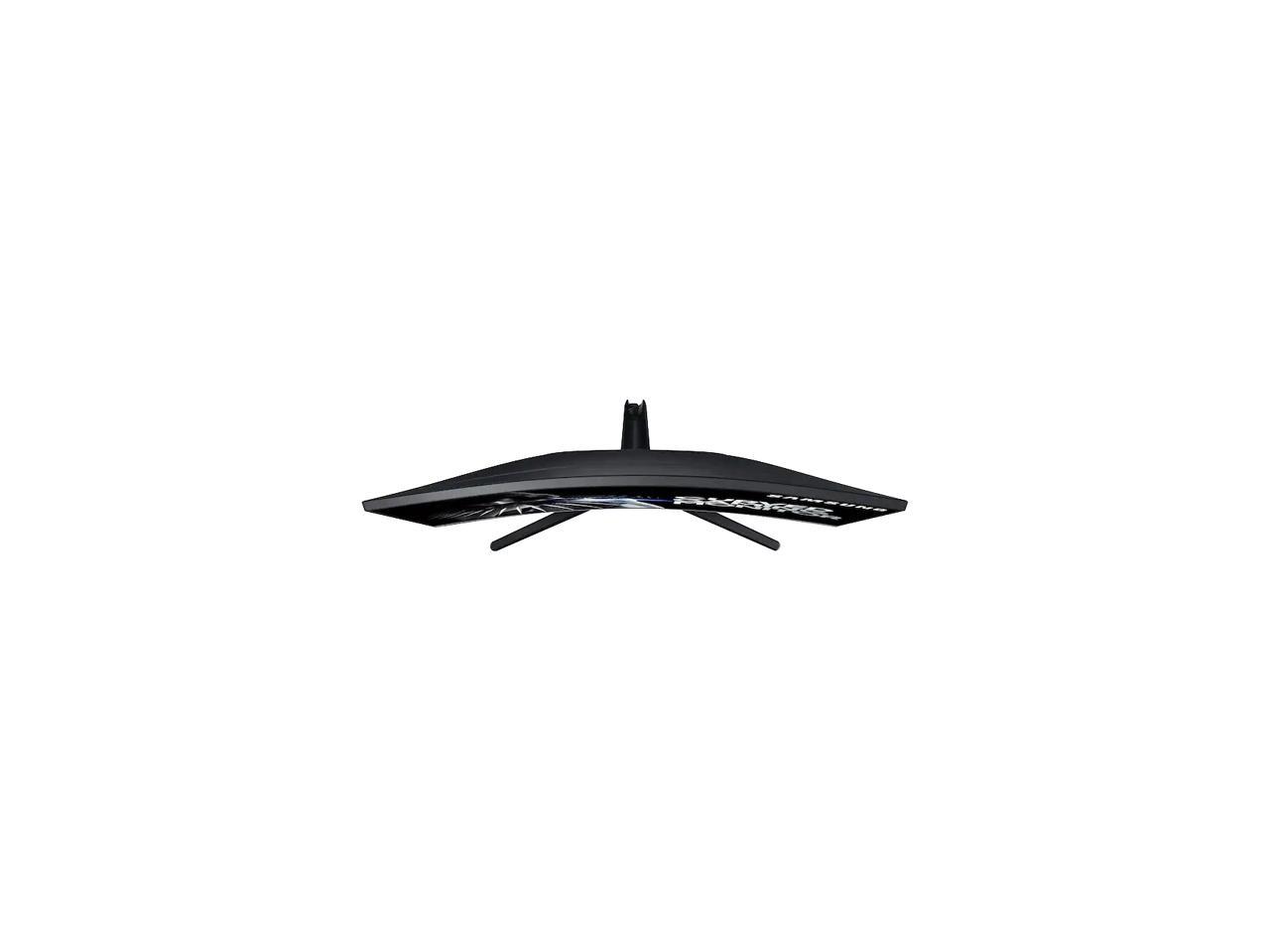 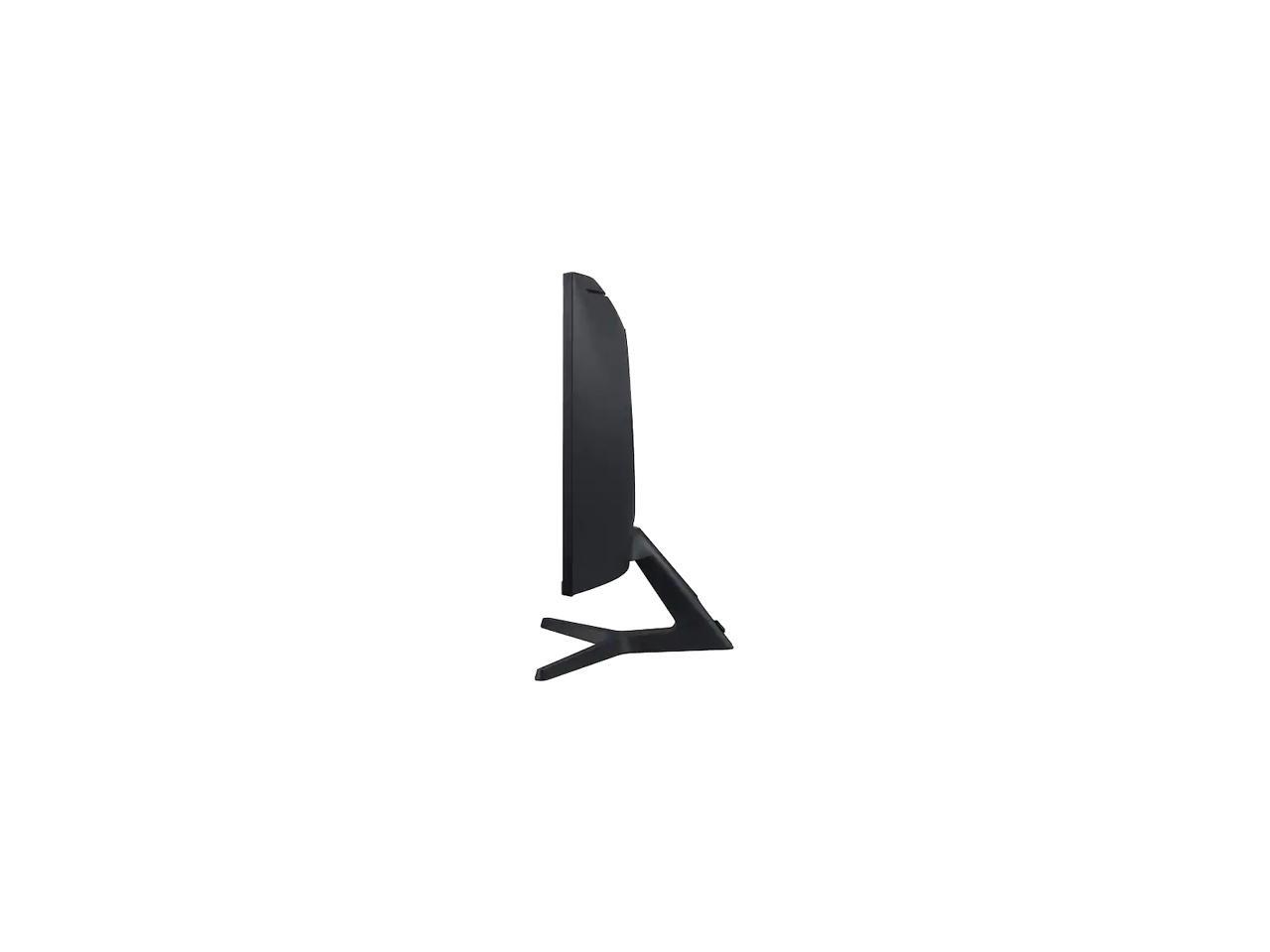 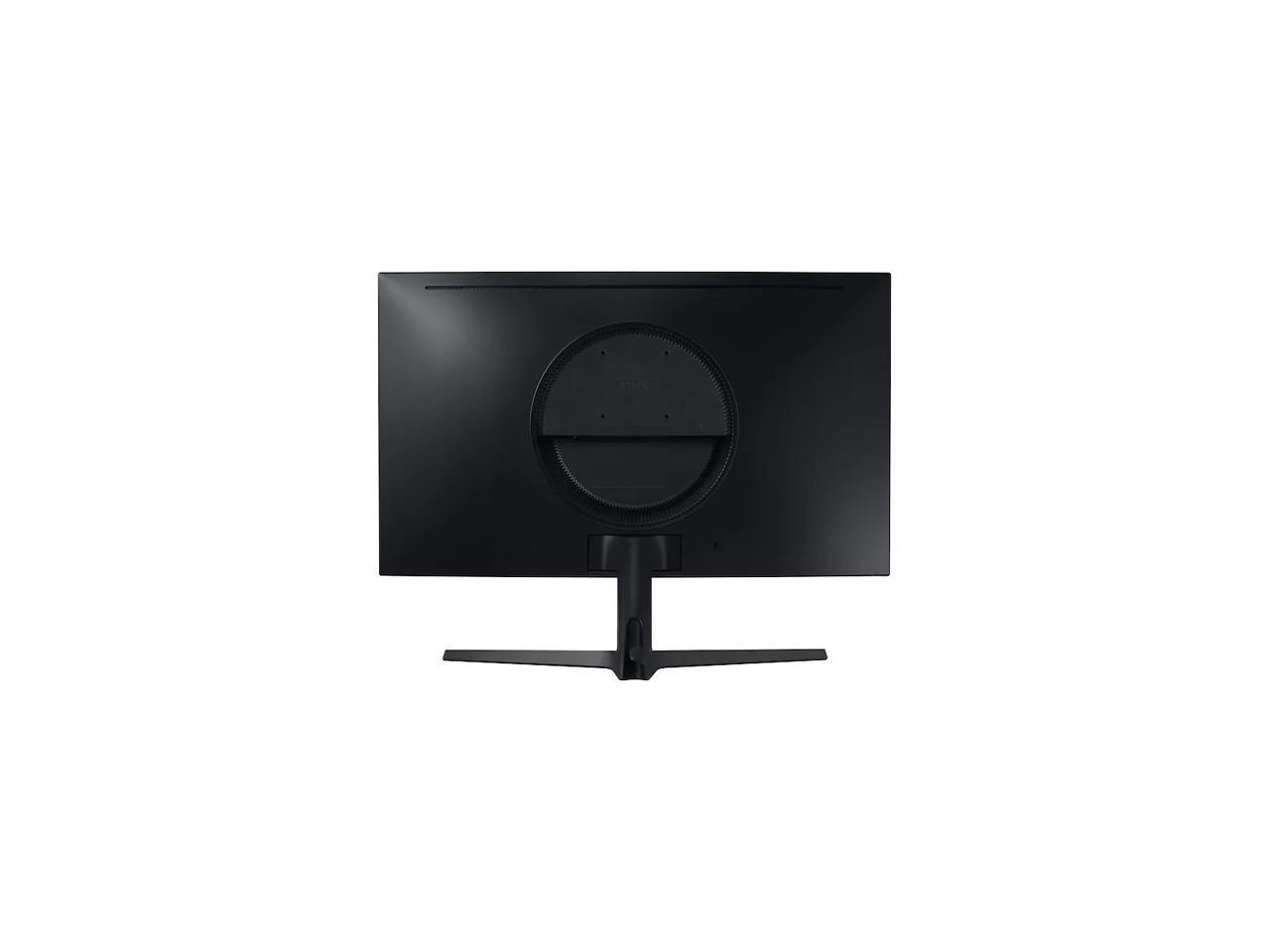 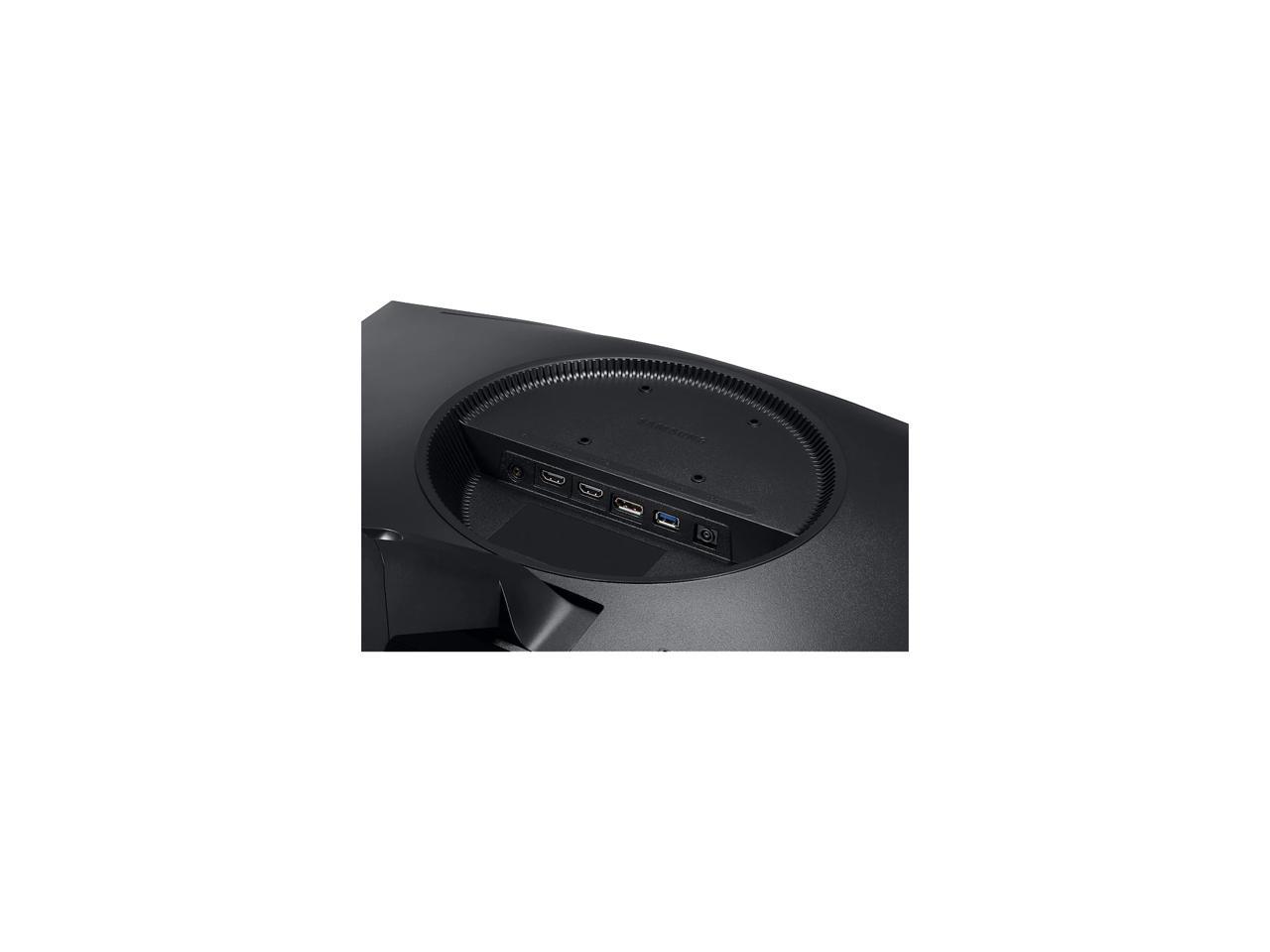 Samsung CRG5 curved gaming monitor is crafted for victory. Blazing-fast 240Hz refresh rate and NVIDIA G-SYNC compatibility make gameplay exceptionally smooth without image tearing and screen lag. The 27” VA panel with 1500R curvature puts you into the center of action while a high contrast ratio of 3000:1 enables you to see enemies in the dark. An array of gaming-oriented features, like Game Mode and Eye Saver Mode, ensure you have the best experience no matter how long the battle extends.

Conquer every enemy, even in quick and intense scenes. The lightning-fast 240Hz refresh rate virtually eliminates lag. Quicker, smoother, and more precise movements let you banish opponents with no hesitation. Dive into the Curve

Get fully immersed in every game with a deeply rounded 1500R curved screen. Win more, as sharp focus on the screen brings heightened concentration. Give them nowhere to hide. A 3000:1 contrast ratio lets you see enemies with greater clarity. Blacks are deep and whites are bright with more levels of shades in between. Even when enemies hide in the dark, you can spot them quickly, before it's too late. Get ideal settings for your game. Picture Mode optimally adjusts black gamma levels, contrast, sharpness, and color for virtually any game genre. Low Input Lag Mode minimizes delays between your input devices and display. Virtual Aim Point centers the target on the screen for precise attacks on the enemy. Learn more about the SAMSUNG LC27RG50FQNXZA

Pros: First of all the 240hz is amazing and from coming from 60hz it’s a breathtaking difference. Along with the curved screen for a fairly decent price normally and an excellent price on sale it is so worth it. I have been look for a high Hz monitor that was curved for a while now and never really could find the best for the budget but after seeing this one and watching some reviews on YouTube it really is a great monitor.

Cons: Only thing is wish it would have 1ms response time instead of 4 but that’s a small sacrifice for the great monitor.

Overall Review: Definitely a great monitor would recommend especially when on sale!

Pros: To be 240hz I'm really enjoying this monitor, it has been a great use for my set up to be better at multiple games. Control Panel was pretty straight forward and easy to set up

Cons: Some things that I noticed that could I have been improved was probably the lighting of the screen. Not the best monitor if your looking for games such as story telling. Is more a competitive and multiplayer monitor that you will likely enjoy most. I have a separate monitor for those type of games as well

Overall Review: Overall, if you are looking for something to improve your gaming performance and to be sweaty in multiplayer games then this your go to monitor

Pros: I love the picture on the monitor. The colors are vibrant and the picture is crisp.

Cons: However, I did struggle for a few days to try and figure out why my screen kept flickering while gaming! After days of research I found that when I used the G-Sync I was having this issue. I am using a EVGA RTX sc super ultra 2060 GPU with this 1080p monitor. I should be able to use the G-Sync but I can't. With the G-Sync off it works great!

Overall Review: I would recommend this product but Samsung does need to address the G-Sync issue.

Pros: Some of the deepest blacks outside of an oled screen I've seen. The refresh rate, for the most part. Price.

Cons: The ghosting is insane and makes this monitor neigh unusable at times. Especially in a dark scene or at night. This is G-sync rated, but the solution is not onboard, it's software which leads to less than great results. Again, the bloody ghosting. I can't play with G-Sync enabled for fear of getting motion sick because everything that moves even remotely, including your camera angle, resulting in there terrible looking negative space images./

Overall Review: Honestly, if I could get a refund, I would. The 240 Hz refresh rate is a decent draw in but the ghosting issues take what would be a definite recommend to an absolute advisory to not buy this monitor. Spend a little extra, get something that actually lives up to the hype. Edit: I came back to change this to one star or whatever because samsung's customer service is a complete joke.

Pros: Its curved.. i like the internal software and the easy to use buttons, comes with virtual aim assistant. Display modes with pre configured displays such as fps mode, cinema mode, rpg mode, eye saver modes. It has power saving, very nice touch.

Cons: The back of the screen on the plastic side comes off at the very top(IDEK why, factory defect or air exhaust duct?). The screen flickers with and without nvidia g-sync on a high quality game. Not a good screen for high quality as one should expect.

Overall Review: I dont hate it but I expected a lot from this and was slightly disappointed in the end. But maybe it's a buy for you, just read through and think about it. It looks good and doesnt take much desk space, it's very tall and has a small amount of tilting I was very satisfied with this spec. In terms of fps, they drop all the time which is normal since a main screen and loading screens don't need the same fps as ingame. But while in game, the fps drop abnormally and the screen tears until it freezes completely. One can diminish this on the external gpu or the internal gpu menu control. Turning off the adaptive sync also helps but it will turn off g-sync as well. Just play with the menu until you get good result. I like to use the aux cable in the back, very good sounds when connected to a speaker. The buttons and modes inside the screen have very good features, u can use a virtual aim assistant and move the aim around until you are satisfied, the screen modes are very nice they are rpg, fps, dynamic, cinema, eye saver mode, also smart eco savings to save energy. Easy to set up nvidia g-sync and control the screen HZ. The curved screen is a nice touch in any desk, it looks fancy AF don't you agree? If you know how to use the control panels and the graphic managers you might reduce the tearing to a minimum but cannot make it go away entirely. It's sad that such a pretty screen can't live up to its quality and price for high quality games. If u want this for medium or lower quality games its pretty chill just dont buff them to max quality and fancy stuff cause it will drop the frames on mid tier games. Unless your gpu and gpu ram take on all of the stress go for it just make sure to have a good cable. A 1.2ver displayport cable or a hdmi cable 1.4ver are good for this screen. I wished it had higher cable version capabilities this would make it a best buy for sure. I mean you can connect higher version cables but the screen will no go above the threshold of its limits to give u higher graphic tiers if the software and hardware don't support it, it won't change anything. It's not a bad screen at all. I like it just wished it was high and mighty as the specs give out. Ps if u have a vr headset, disconnect the screen otherwise the g-sync, adaptive sync and other variables will make your vr gameplay as hellish and you won't know why. it's the screen, disconnect it and use the vr headset desktop screen to move around in the vr headset without a screen monitor or turn off the screen this also helps a lot