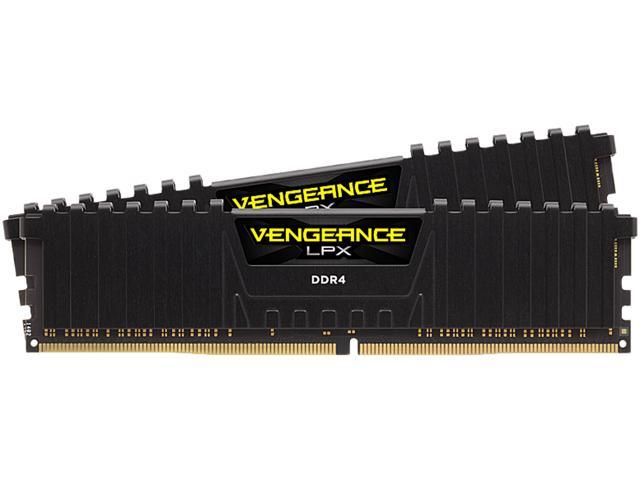 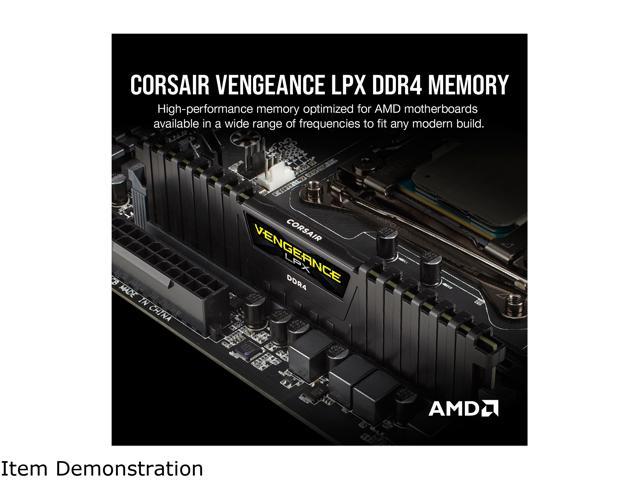 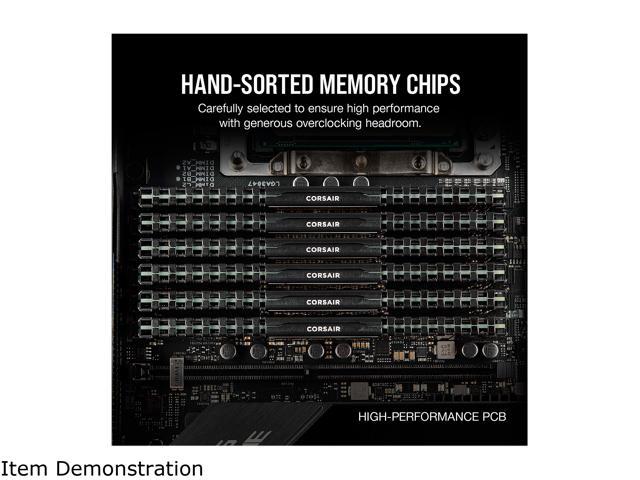 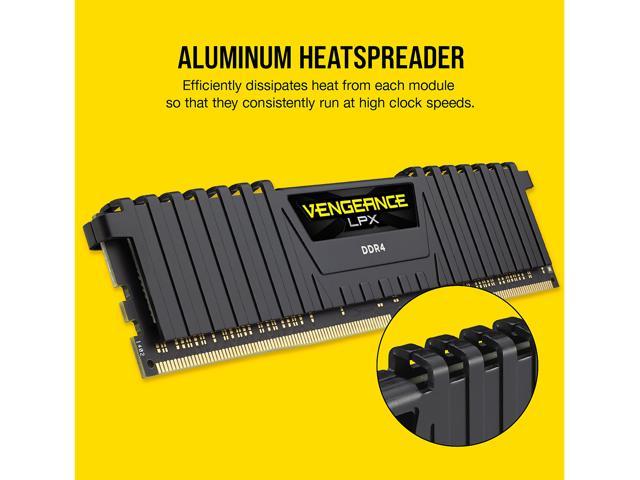 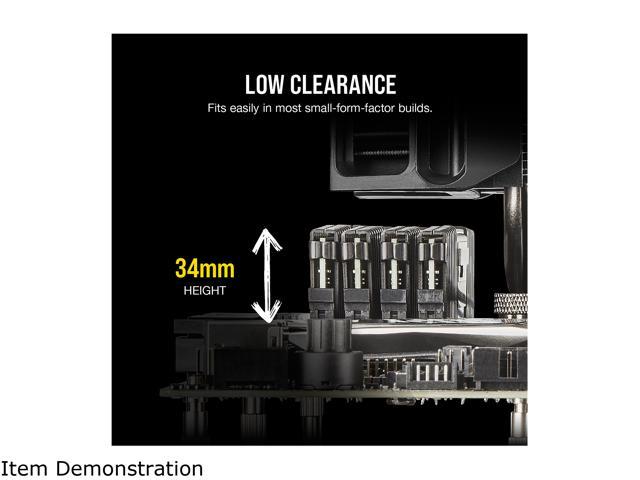 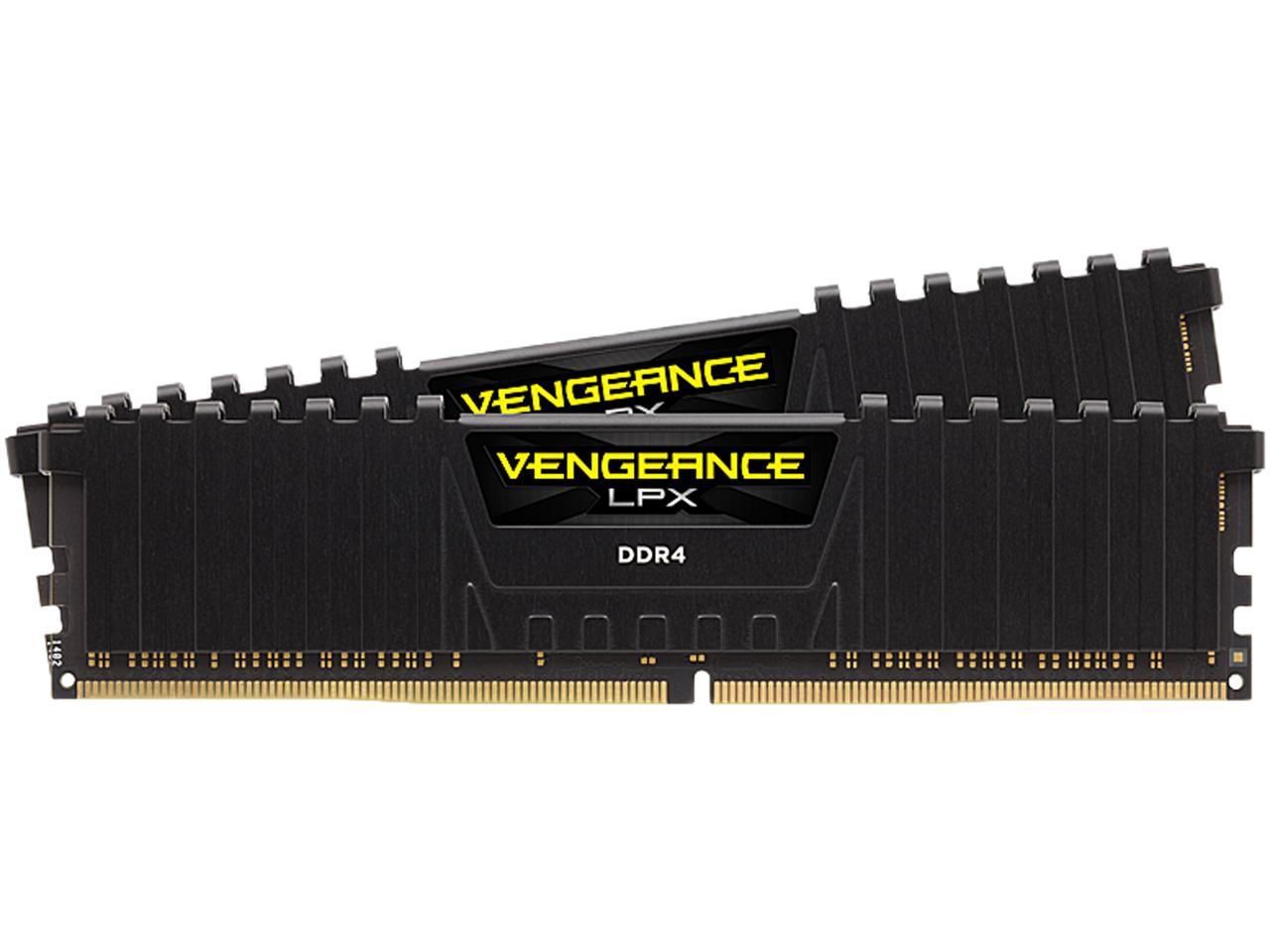 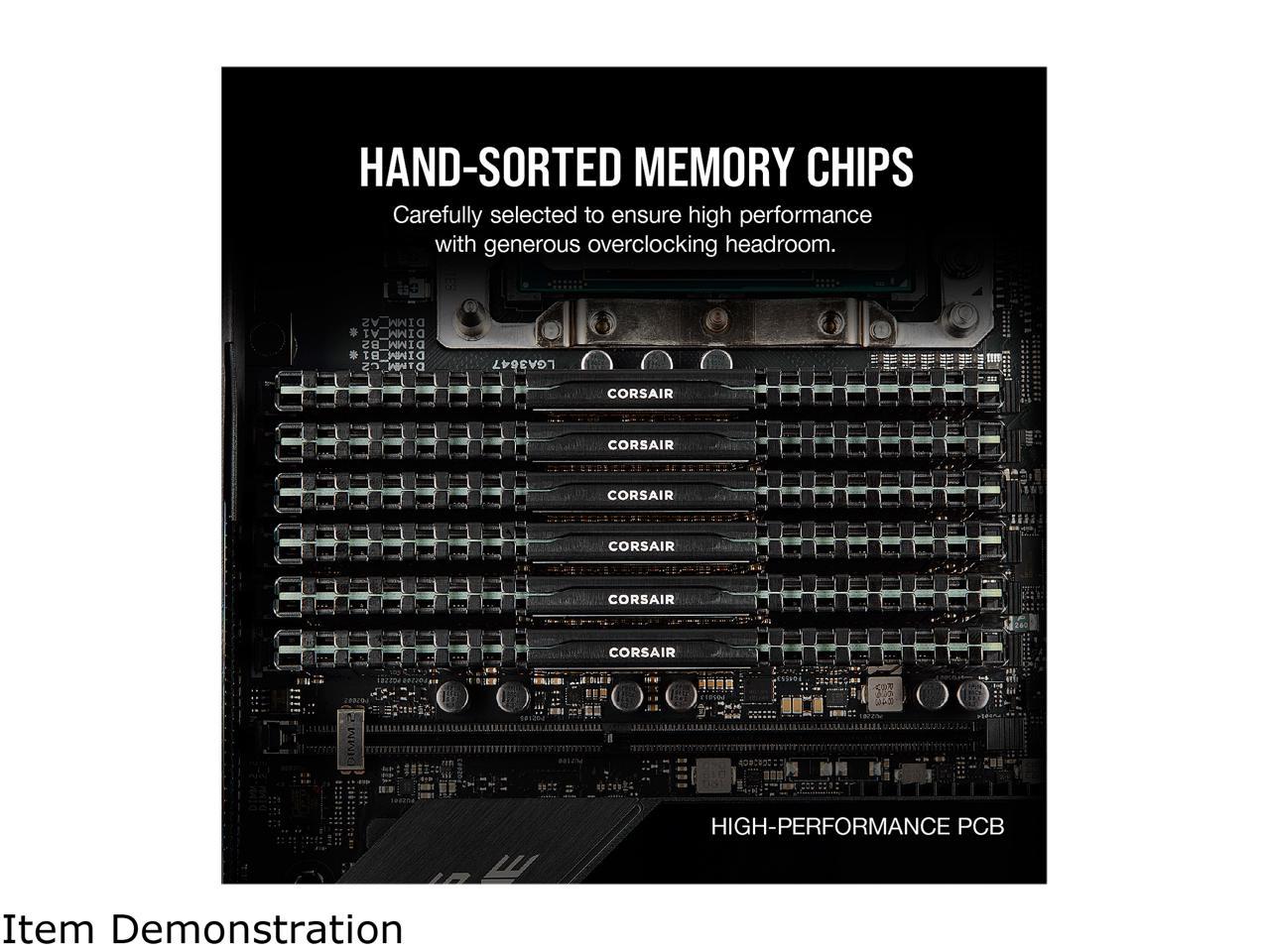 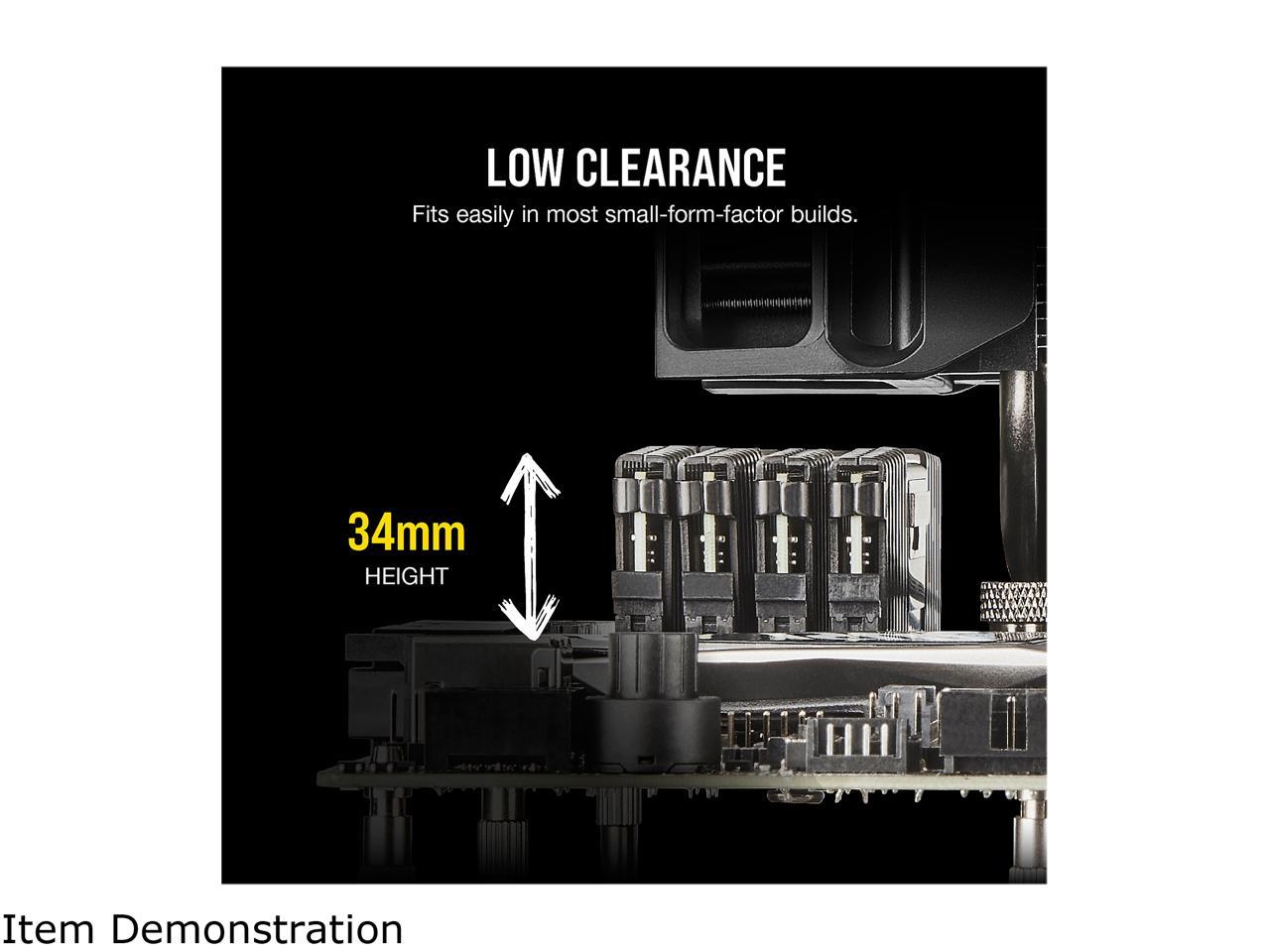 VENGEANCE LPX memory is designed for high-performance overclocking. The heatspreader is made of pure aluminum for faster heat dissipation, and the custom performance PCB helps manage heat and provides superior overclocking headroom. Each IC is individually screened for peak performance potential.

Part of our exhaustive testing process includes performance and compatibility testing on nearly every motherboard on the market – and a few that aren’t.

One setting is all it takes to automatically adjust to the fastest safe speed for your VENGEANCE LPX kit. You’ll get amazing, reliable performance without lockups or other strange behavior.

Overclocking overhead is limited by operating temperature. The unique design of the VENGEANCE LPX heat spreader optimally pulls heat away from the ICs and into your system’s cooling path, so you can push it harder.

The small form factor makes it ideal for smaller cases or any system where internal space is at a premium.

The best high-performance systems look as good as they run. VENGEANCE LPX is available in several colors to match your motherboard, your other components, your case - or just your favorite color. Pros: The Corsair Vengeanance LPX memory is excellent. I had 16GB and added another 16GB to fill the four slots upon the recommendation of a well-known blogger who stated that adding memory is the best way to speed a system, as opposed to upgrading the CPU -assuming that you already have SSD's as storage.

Pros: - Works great with my Ryzen 3 and 5 builds - No issues running at 2933 - UserBenchmark performance in 97th percentile

Overall Review: - I would highly recommend to anyone with a Ryzen 3 or 5 build.

Pros: Their memory, cases and power supplies are always good.

Overall Review: Would recommend to all. I've been building computers for 19 years. CORSAIR brand is consistently the best.

Did you find this review helpful?
Anonymous
Ownership: 1 week to 1 month
Verified Owner
Works well, but only after manual configuration9/29/2020 4:57:32 PM

Overall Review: If you use these, make sure to use manual configuration of memory timing, and use the timings in the description on the product page. This is supposed to be automatic for modern SDRAM, but I had a couple of different boards that read out incorrect timings, and incorrect clock speed. This makes the system unstable until the correct timings are manually entered. Then the product works well.

Overall Review: I would purchase that combo again anytime.

Overall Review: Almost undoubtedly my experience is probably an outlier, out of 6 total sticks (3 kits) of this RAM, 3 worked. With Newegg's support though this still wasn't a problem, after getting replacements the build still finished on time and the client was very pleased. I docked an egg for the reliability issues, but without Newegg's support it probably would have lost 2-3 eggs. Based on other reviews, I'm guessing I was merely unlucky by landing a 50% failure rate. Outside of that, even at 2933 MHz on a budget rig the memory wasn't close to a bottleneck in early benchmark tests (mainly run for stability check, so they weren't pushing the system very hard). Built with an Ryzen 3 3200g system and for the price of the total rig, performance was quite impressive.