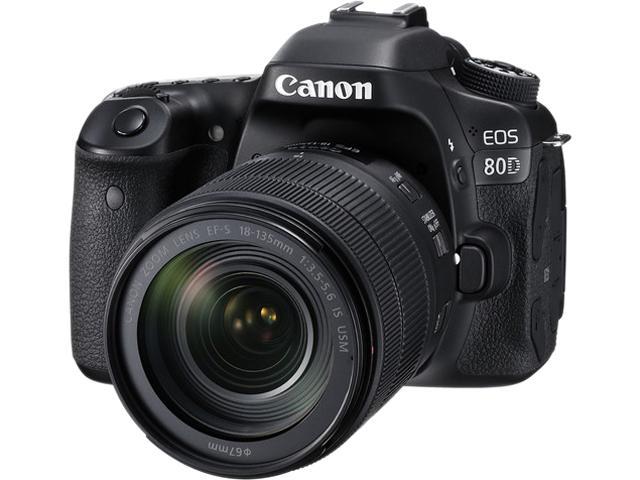 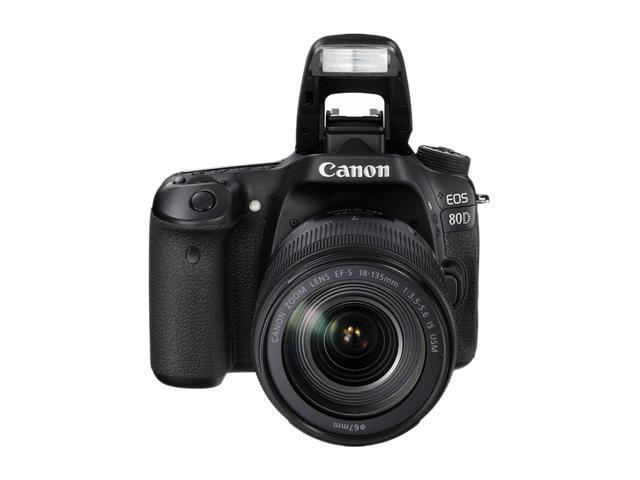 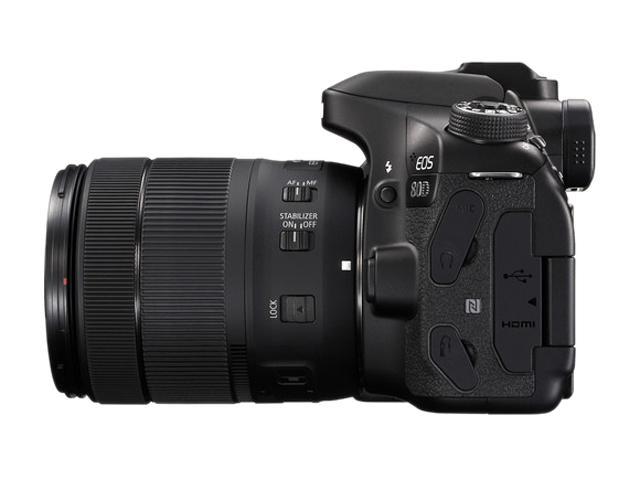 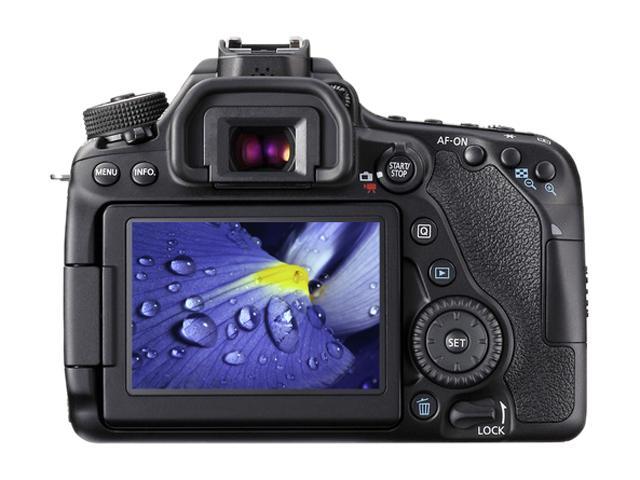 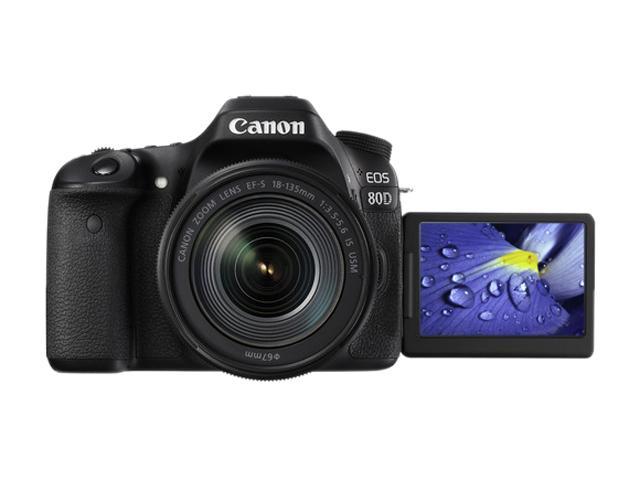 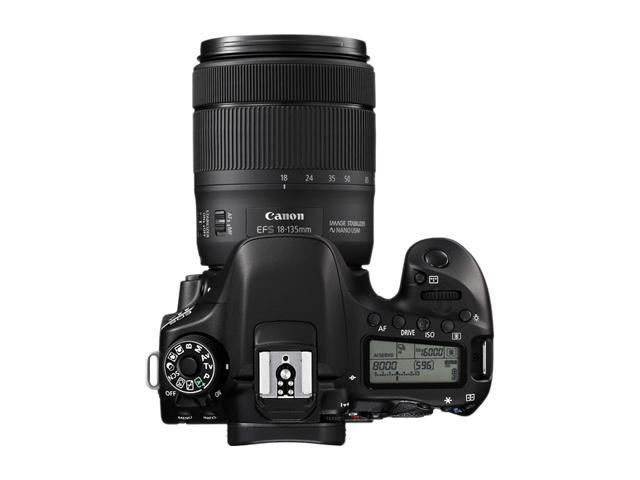 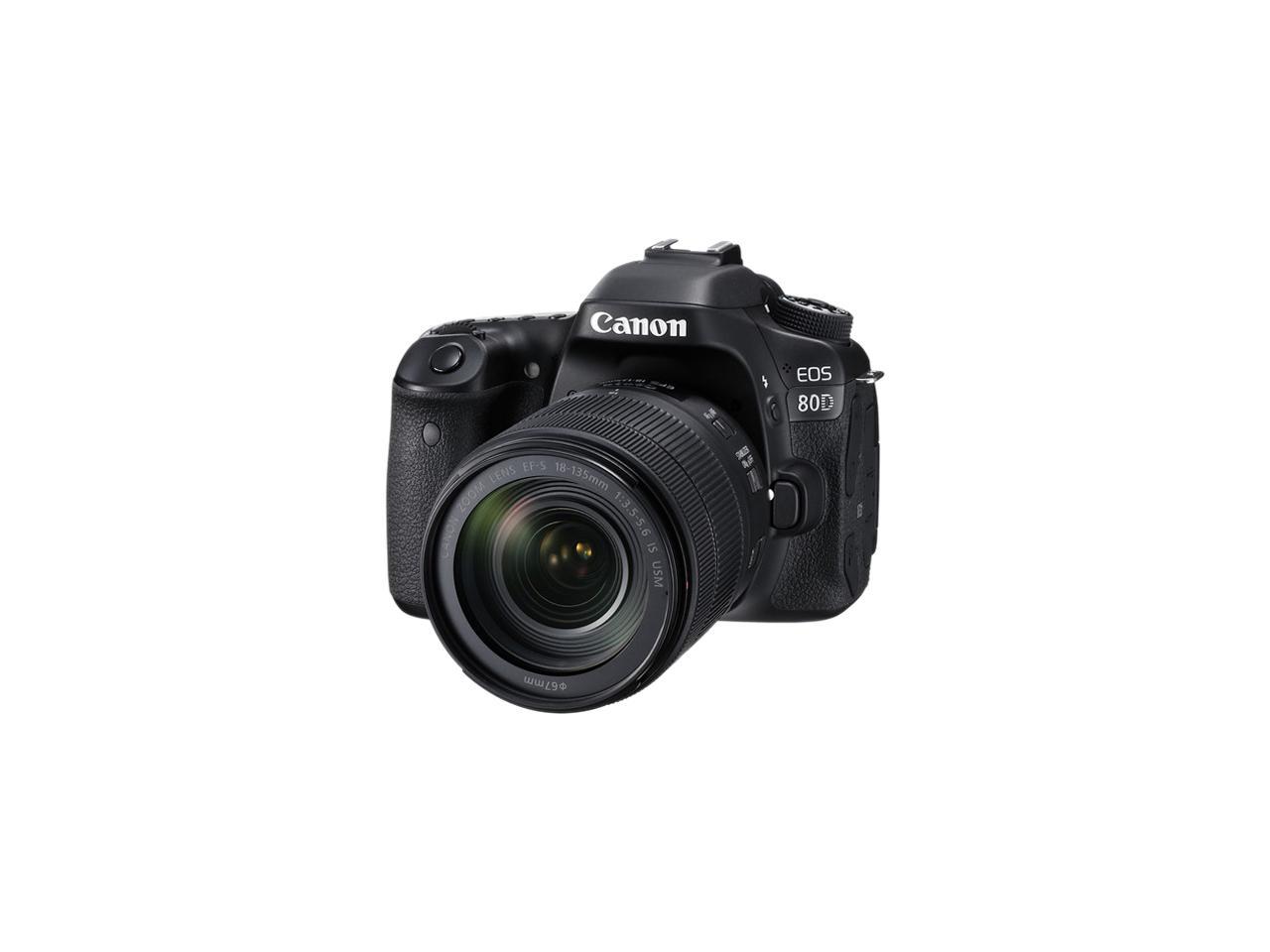 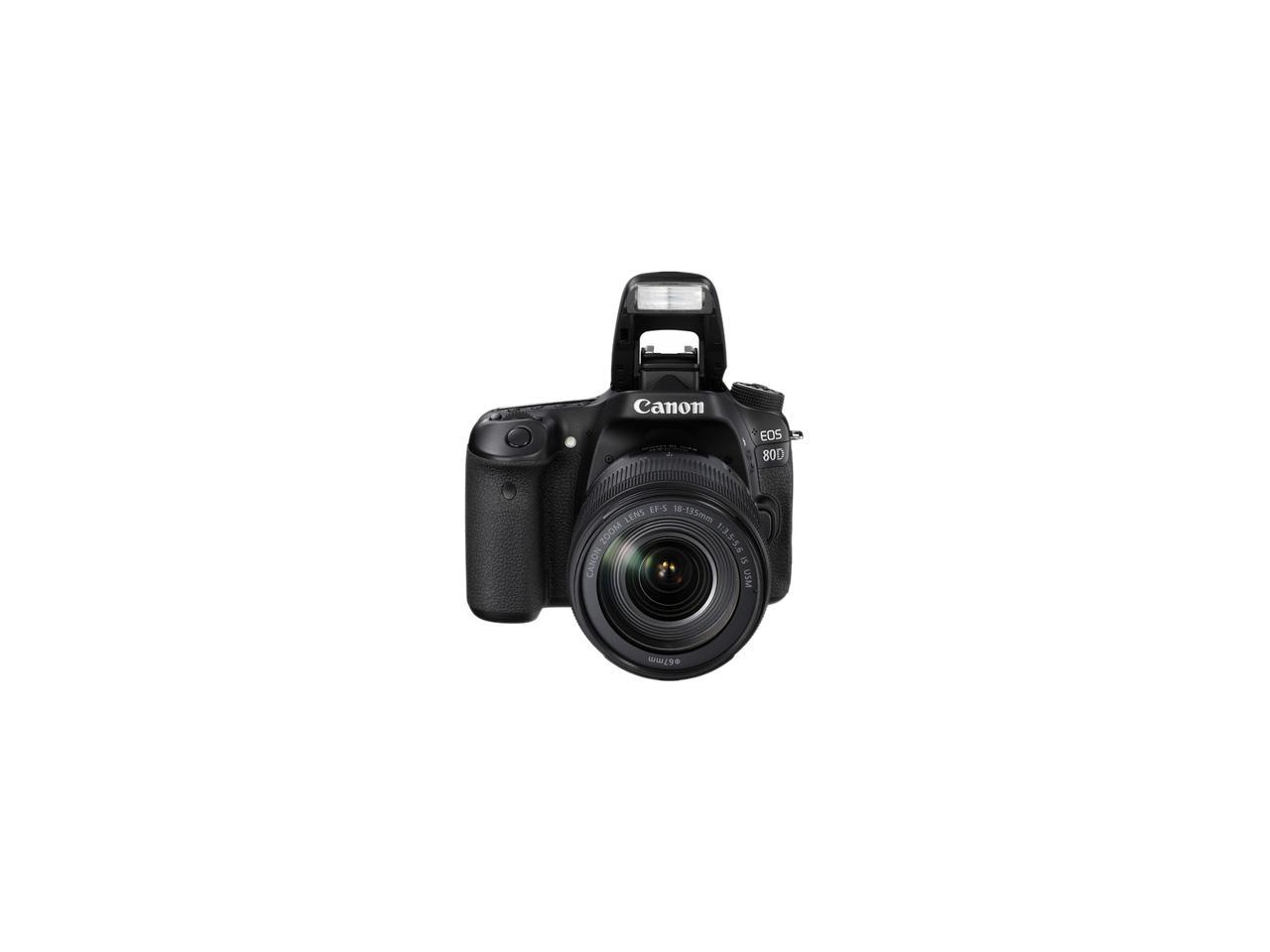 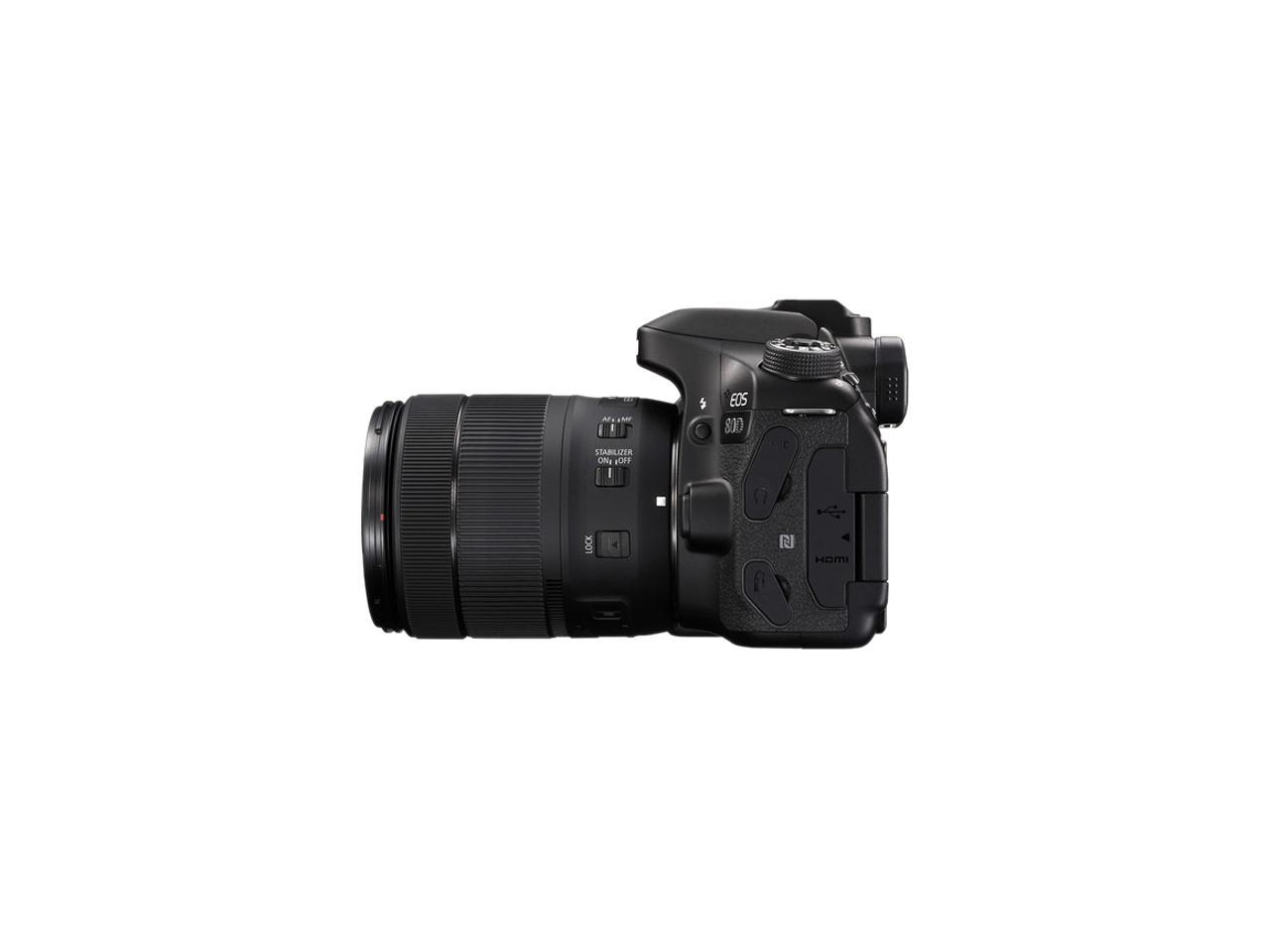 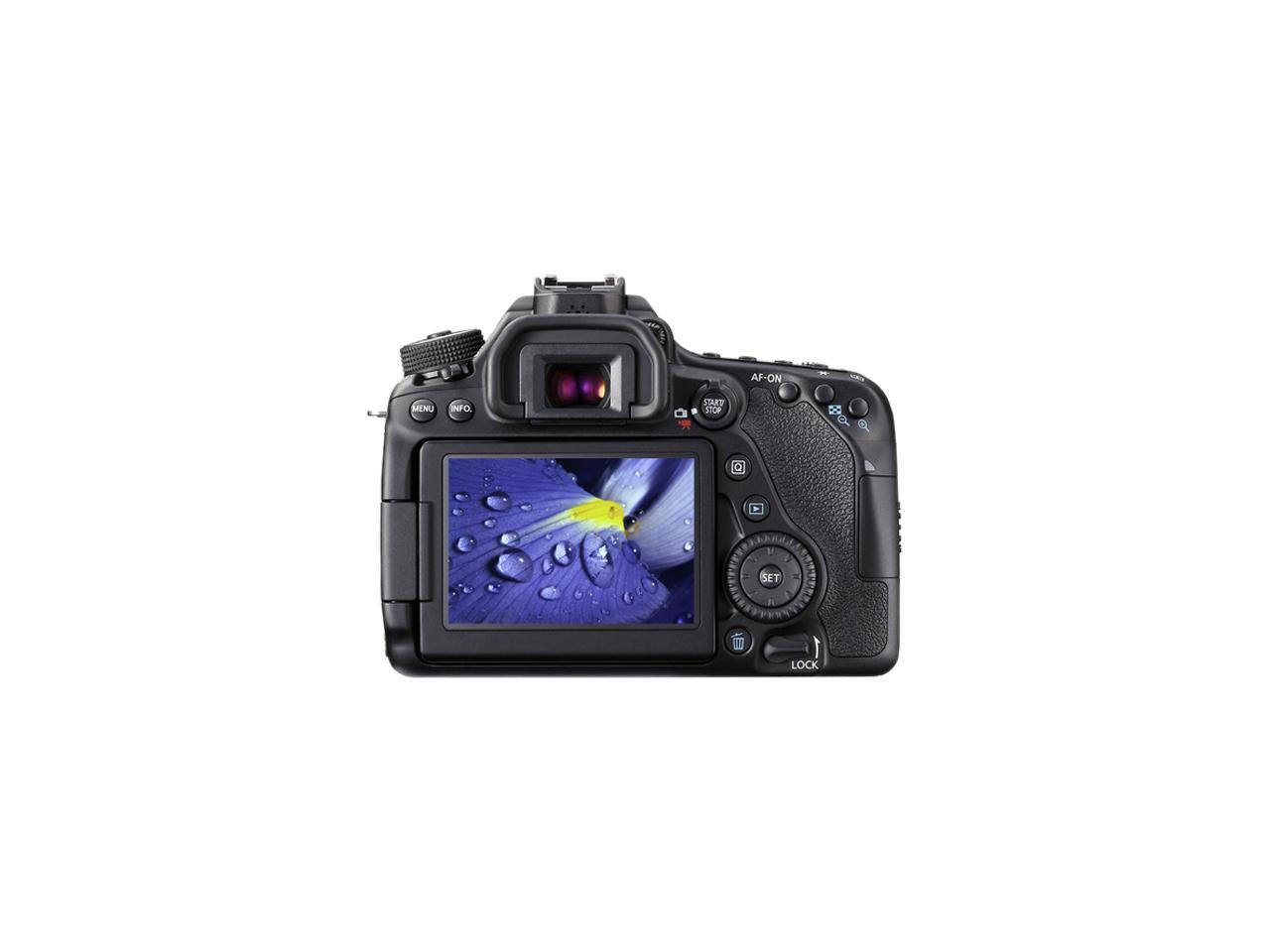 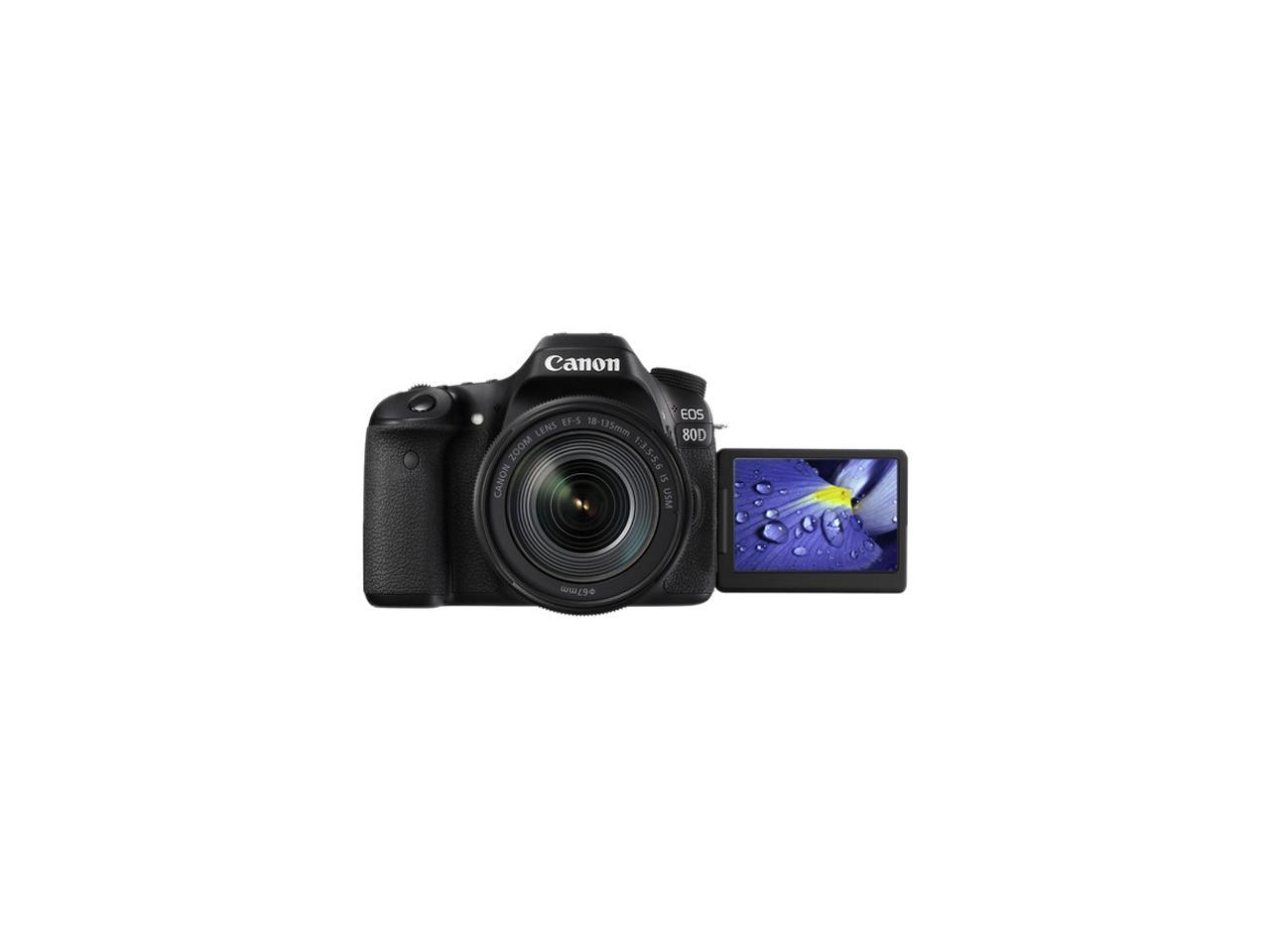 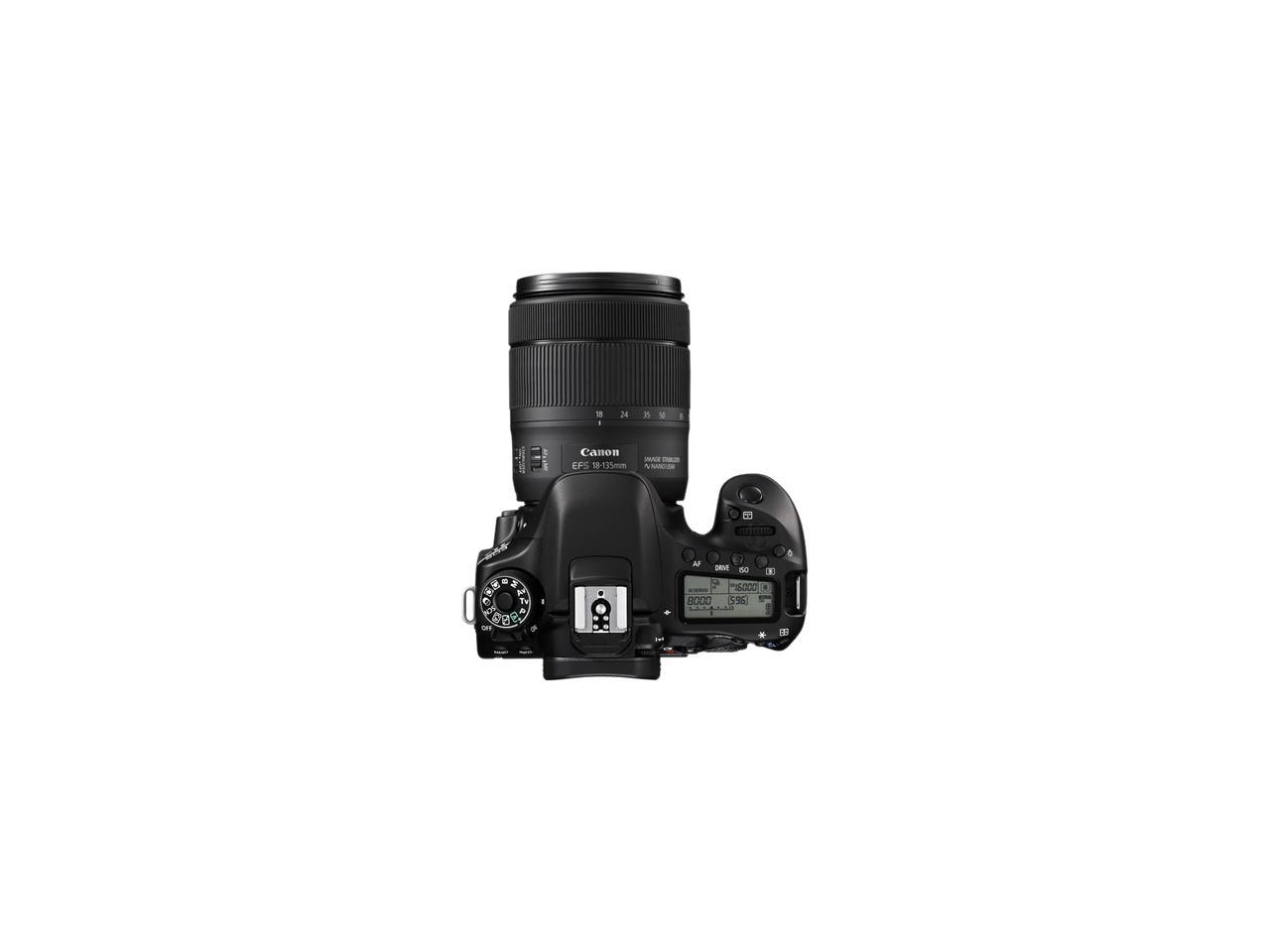 Pros: - The design makes the camera very comfortable to hold and use - Buttons, dials, and UI are very intuitive, especially for a new user - Very versatile - Wifi/mobile features very useful (remote shutter, transfer to phone for quick & dirty edit, then post to social media) - Easy to share accessories with other EOS series cameras

Cons: - NFC doesn't seem to work/not work well - While I like the moble app and features they're a little buggy, I'm hoping they'll improve with future releases

Overall Review: Before I bought this pro/semi-pro photographers had told me how much they hated kit lenses. While I think hate is an exaggeration, as you get more into shooting you're going to want more lenses. The included kit lens is versatile, but it a jack of all/master of non sort of way. The included lens has been a great starting point. I'm already in the market for a wider lens for landscapes, a telephoto, and a portrait lens.

Pros: Can keep my 60D lenses. Wonderful low light capability. Autofocus on video with MP4 compression! External mic input and earphone monitoring of sound. Same excellent build quality and value as my treasured 60D (held up during trips to Europe, Ethiopia, Uganda). 18-135mm IS USM lens has very quick focus support, better than I know how to use. My brother is a much better photographer, but now I have as good a Canon as his 7D for most of the shots I take.

Cons: No lens hood with a $1400 purchase ... really Canon ? Lots of new settings to learn, OK not really a bad thing, but only so many hours in the day. Few excuses for out of focus or bad exposure shots unless intentional arty composition.

Overall Review: Highly recommended. Helping me grow as a photographer.

Pros: -Shipping was fast! Bought it on Monday and received it Thursday morning! -Camera works great, built sturdy -focus on this dslr is the best out there, always stays in focus -takes excellent pictures, captures a lot of detail -screen flips out and can rotate -friends love it

Cons: No cons, got what I paid for

Overall Review: I would recommend this product

Pros: Many features, easy to use, great quality photographs

Overall Review: This is my first DSLR but I found it very easy to use after a little bit of playing around with it. The connectivity features are great, the touch screen is very useful, and the photo quality is very good. I definitely recommend this camera.

Pros: a) This camera is FAR more solidly built than I had expected I initially thought it would be a simple "body upgrade" from a Canon Rebel T2i, but the build quality of the camera, along with the substantial weathersealing that this camera has, makes it a more balanced camera when dealing with enthusiast and pro-level lenses such as the Canon 24-70 2.8 L II USM. This solid build helps also when quickly grabbing the camera, or holding it tight and close to compose and gain the sharpest shot possible. This is in stark contrast to my T2i, which often felt a bit anorexic in the hand-grip area, and when dealing with heavier walkaround lenses such as the 24-105 F/4 L IS USM and the 24-70 2.8 mk2, That being said, I still wouldn't try to put an unsupported 300mm 2.8 IS II USM, or other "super telephoto" lens on this camera without some sort of tripod-based support that supports at the lens, rather than the 80D. b) AF Performance: Going from even the 70D, (19 AF Points, all x-type) let alone my T2i (9 AF Pts, only center one x-type @ f/2.8), this camera is far more confident, hunts less for focus at night or in low-contrast scenes, and is extremely quick when a good lens is placed on it. Even the included 18-55 STM lens is no slouch, and is FAR quicker to autofocus than the IS lens that came with my T2i back in 2010. Because of the improved AF system, not only are shots easier to get, but they are sharper because of the abundance of cross-type sensors. Further improving this is that the camera now has a 7,560 pixel RGB AF metering sensor rather than the 63-zone IFCL sensor that could only measure in B&W, which helps for color gradation accuracy when the camera is autofocusing and composing the shot c) High ISO Capability: I find myself happily shooting at up to ISO 3200 on a consistent basis, and even ISO 6400 is usable for smaller (read: 8x10 or less) photos. Canon finally began increasing dynamic color range in its cameras, and the 80D is the first APS-C beneficiary. The result is that ISO 5000 no longer is a noise-fest, and ISO 6400 is usable in lower-light. That isn't to say that APS-C is an ISO peer compared to a full-frame camera (ie: Canon 5D Mark 4), but going from the T2i to the 80D has given me at least 2 full stops of ISO coverage in low-light. d) Video capability: It shoots 1080p / 30 with low compression, and 1080p / 60 in "YouTube Friendly" MP4 compression. I'm not much for video, so I view this as "a nice substitute for a dedicated camcorder." I'd still rather have a dedicated camcorder that isn't hindered by recording length limitations imposed by EU regulations though. But that being said, since it's there, and it works, it's a good thing. I'm mostly a photographer though. The tilty screen in this regard is amazingl. I have used it to playback video, and when I don't want it for photographing, I fold it away and now I don't have screen flare, and the screen is well-protected against the elements. e) HUGE VIEWFINDER with 100% viewfinder coverage. This means no surprises in the picture, and the viewfinder is big and bright. This makes it easy to see what will be in the picture and compose it, while having enough room for notifications such as "level" (ie: no more lopsided pictures) and "flicker alerts" (the latter is to avoid taking pictures while lights may be flickering). I wish more mid-level Cameras had this, and that this feature wasn't relegated to full-frame and pro-level APS-C cameras.

Cons: a) My 24-70 doesn't always play nice with this camera. Some lenses may need calibration via AFMA (Autofocus Micro Adjustment) in order to do their best on this camera. That being said, I really have to pixel peep to make this condition happen, and most of it is because I don't hold the lens ideally to balance the weight and prevent "focus shift" due to my hand creeping. b) Weight: THe same weight that gives it a professional-like feel, can be a bit offputting to someone used to cameraphones and point and shoots. All Digital SLRs have a substantial amount of mass to them, but that mass is good for countering heavy lenses, providing an assured feel, etc.,

Overall Review: If I was given the choice, I would buy this product in a heartbeat. I'm not a big 4K Person, so 4K doesn't bother me. I would have, though, liked to have the choice of ALL-I 1080p at 60fps for better mastering and color rendering in post-production. The 80D is capable of using SDXC cards that go up to 104MB/s, and since even ALL-I 1080p/30 only uses 90Mb/s (about 11MB/s), there would be no problem if larger, faster cards (64GB and larger UHS-1 Class 3 cards) would enable an ALL-I 60fps mode that would be 180Mb/s (about 22.5MB/s). This would improve the overall video quality of 1080p, provide a higher-quality master source for social media-based persons to make YouTube videos with (without spending $3k-plus for the 5D Mark 4), and with the advent of 30MB/s becoming a new minimum write speed for many high-performance cards (the SD Association recently released V30 as a new standard), 1080p / 60 ALL-I should become a reward for buying a high-speed, high-capacity card. I wish Canon would update their 17-55 f/2.8 for a new generation of high-resolution APS-C sensored cameras (and included that with the kit instead). Other than that, this is a spectacular camera and the 18-55 kit lens is no slouch either. It's earned a spot on my old T2i as a backup lens, and is EXTREMELY sharp on it.

Overall Review: I got my package two or three days after I placed the order. I was very surprised by how fast the delivery was. Everything looks fantastic, nothing was damaged or missing. Love my new camera!!

Pros: I was pleasantly surprised how fast it arrived and how helpful the CS rep was when I purchased the extended warranty.

Cons: I have yet to experience any as yet. I just maybe if I have to mention a con it would be that I would have liked a physical manual and not a PDF, but I can live with that for the price difference.

Overall Review: The camera speaks for itself, the service was great and I am more than pleased with the overall purchase and transaction. Now, if they have a sale on the Sigma 150-600 or Canon 100-400 MkII they will have a repeat customer.

Pros: 24 mp, touchscreen (though I never really use it), microphone AND headphone jack (almost unheard of to have both!), wi-fi, reasonable price, good focusing points and fast, lightweight, Canon quality!!

Cons: Movie recording button and operation are a bit non-standard, menu button is on the wrong side of the back of the camera.(should be sble to use your right thumb alone, for all menu operations and selections...takes some getting used to. Thats it!

Overall Review: The camera body was purchased for $730 which was an awesome deal. However, likely might indicate it is close to being discontined. But many prominent resellers are still selling body-only for $999 or just under. Kits with ho-hum 16-55 mm lenses are still being sold for $1399. Buy the body-only instead, and grt the lens of your choice; I bought a Sigma 18-250 mm at Newegg for $269.95!!!