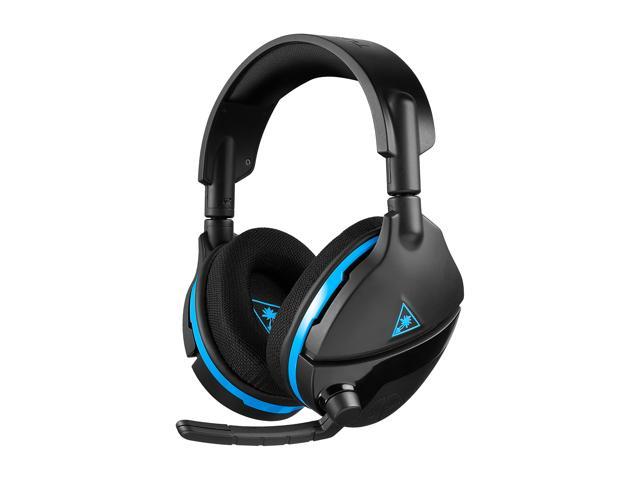 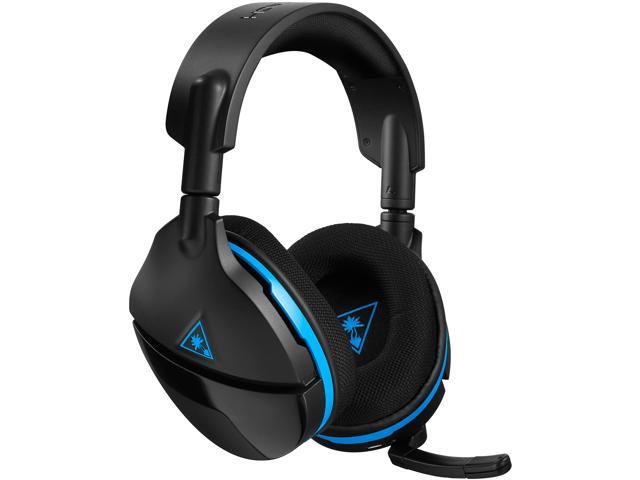 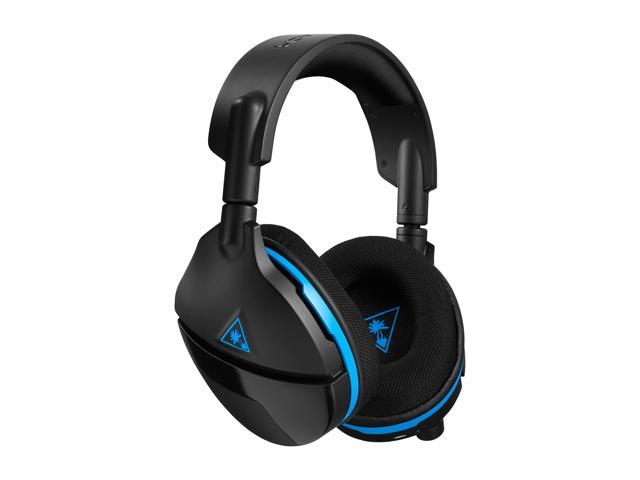 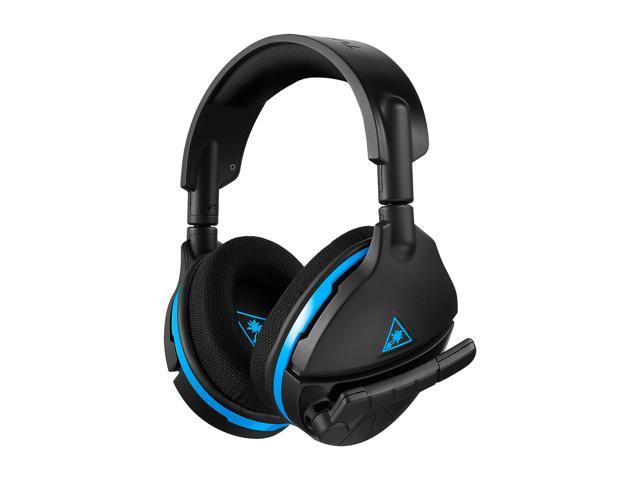 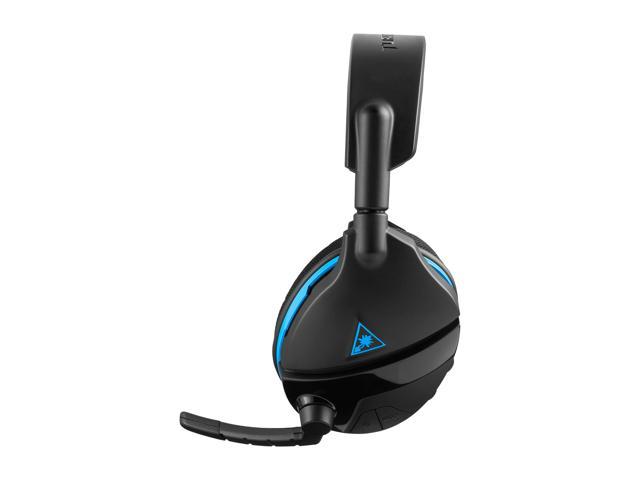 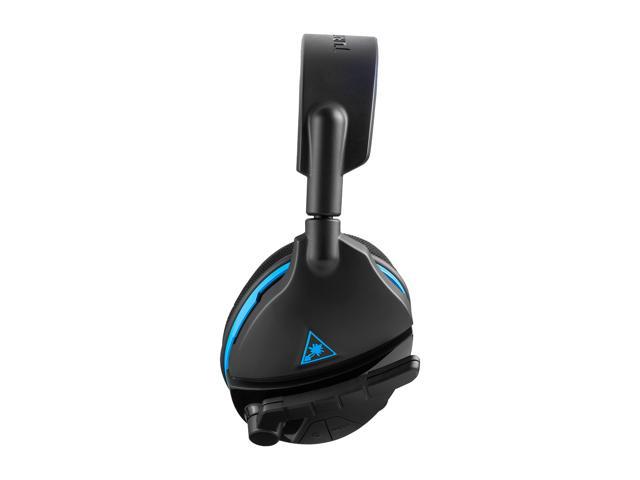 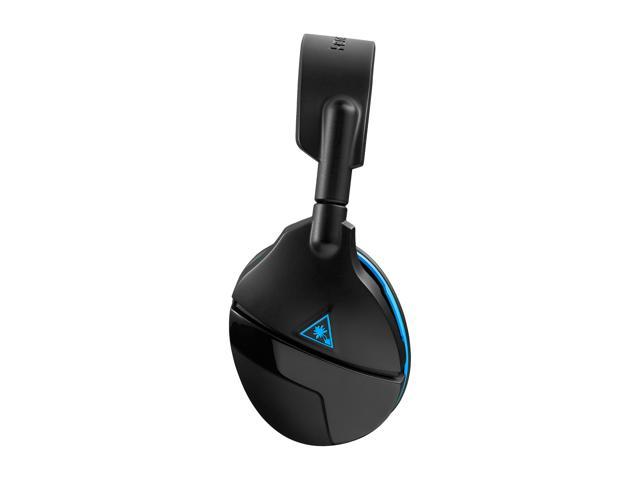 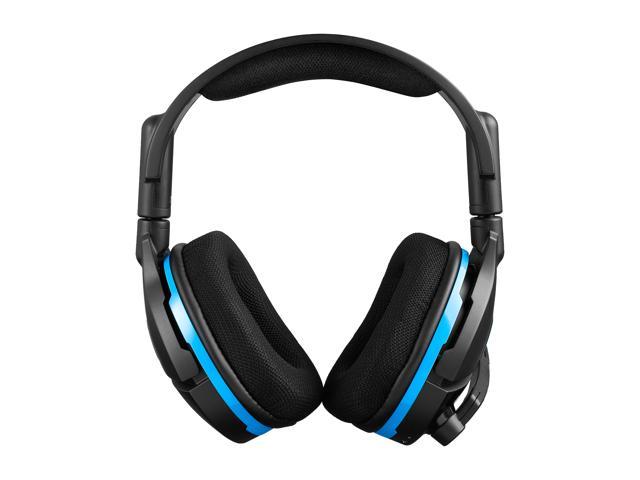 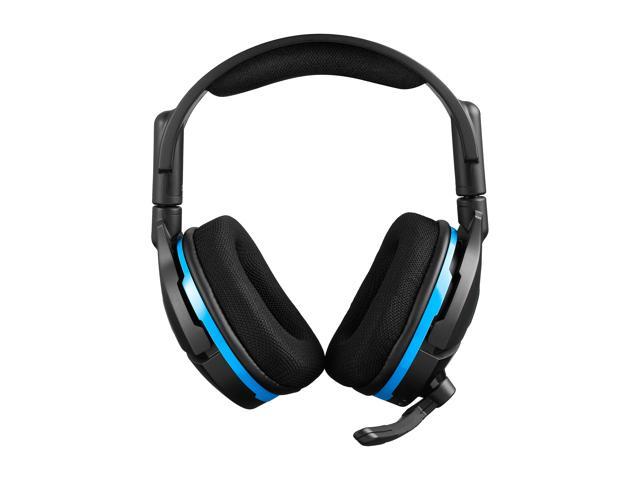 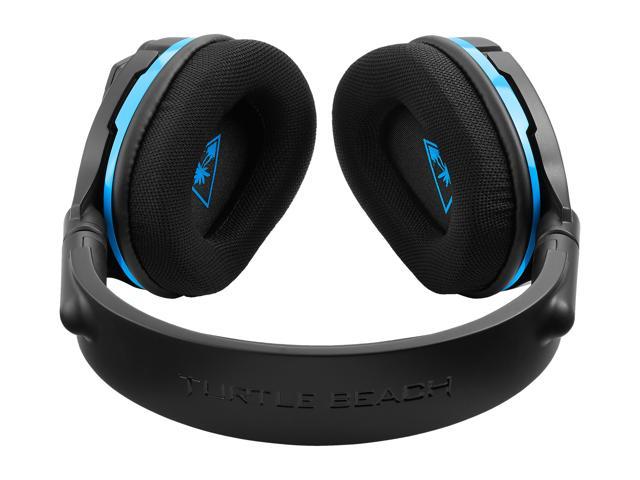 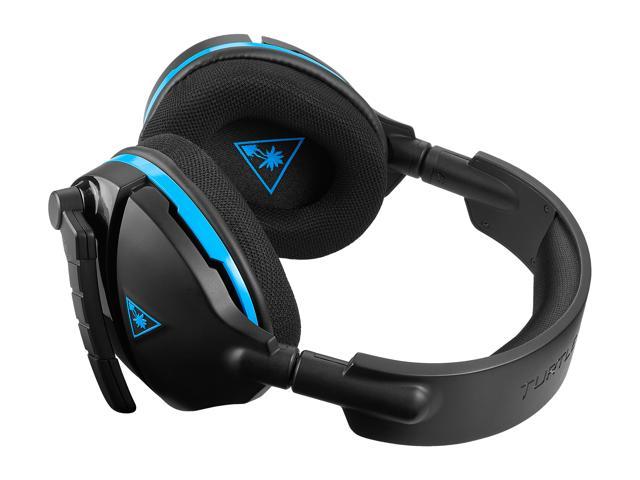 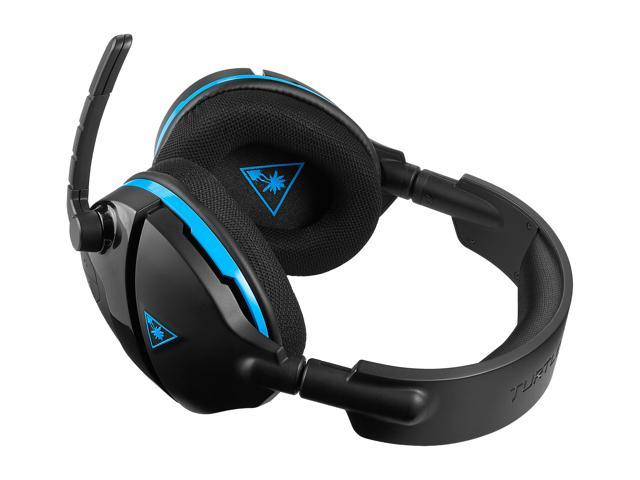 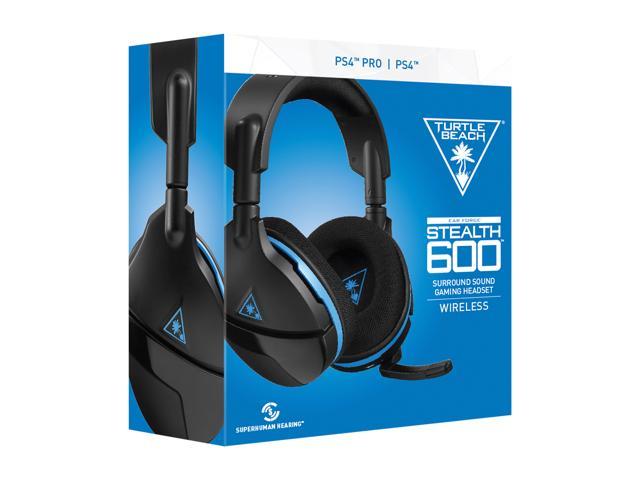 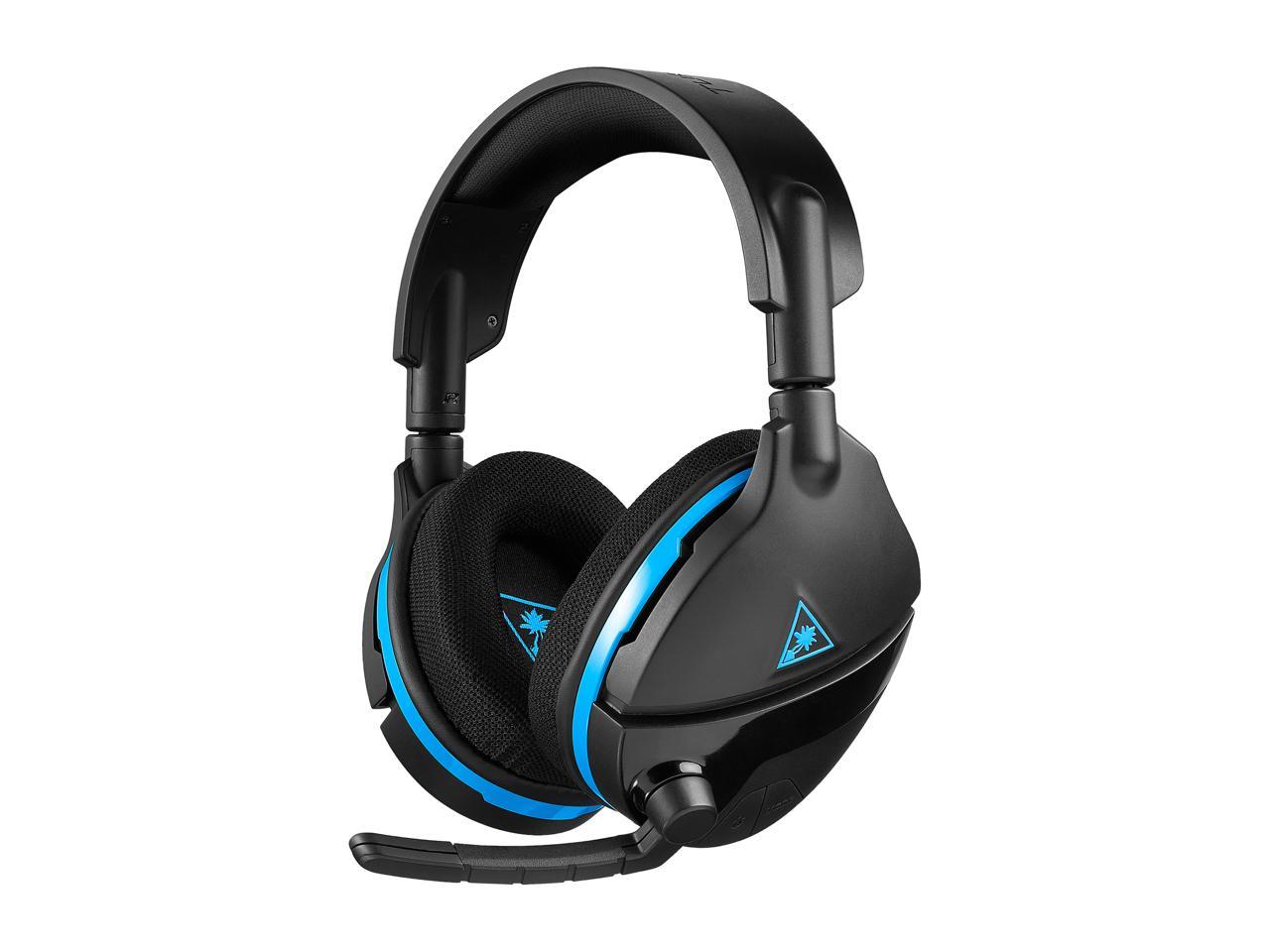 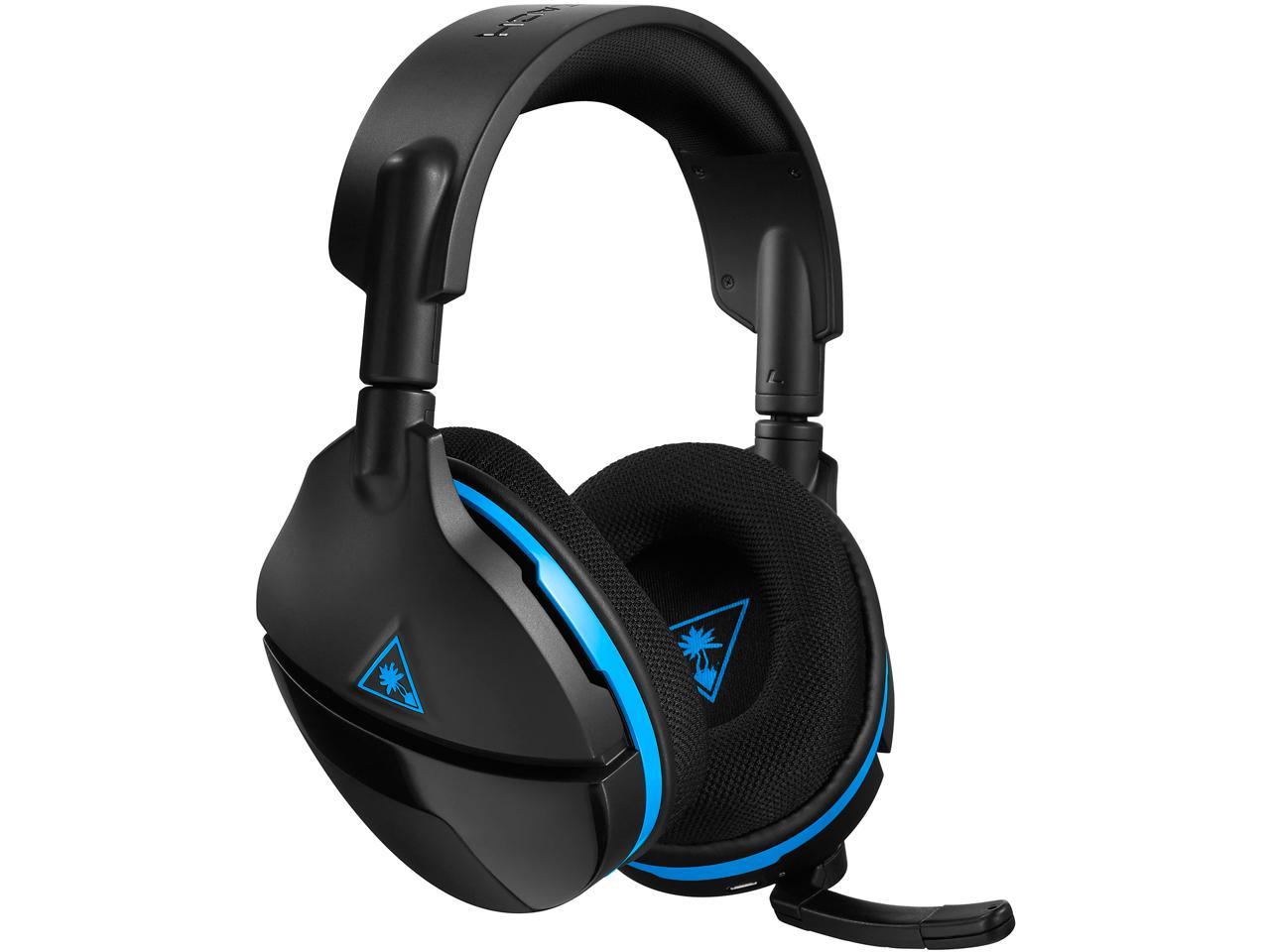 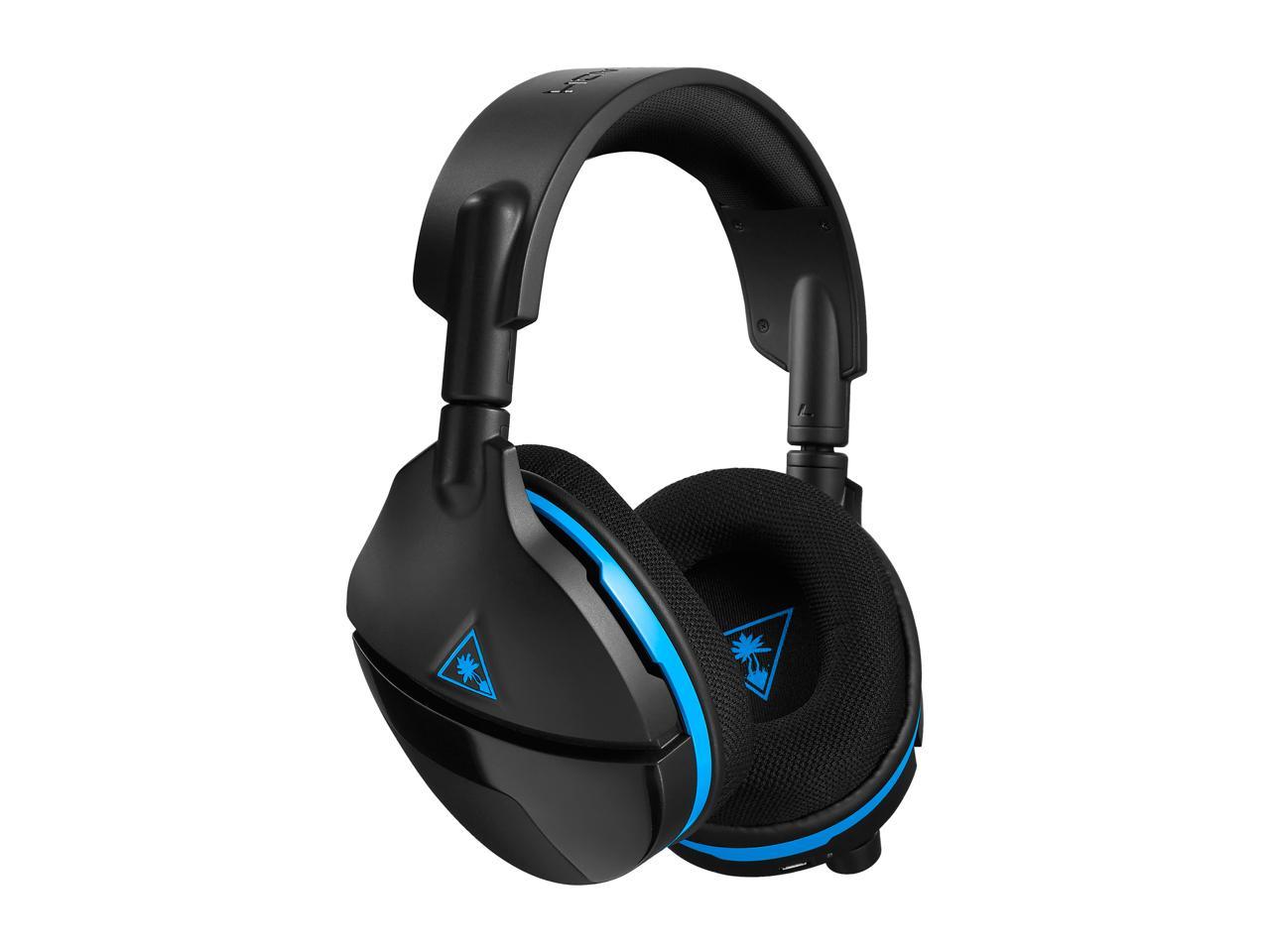 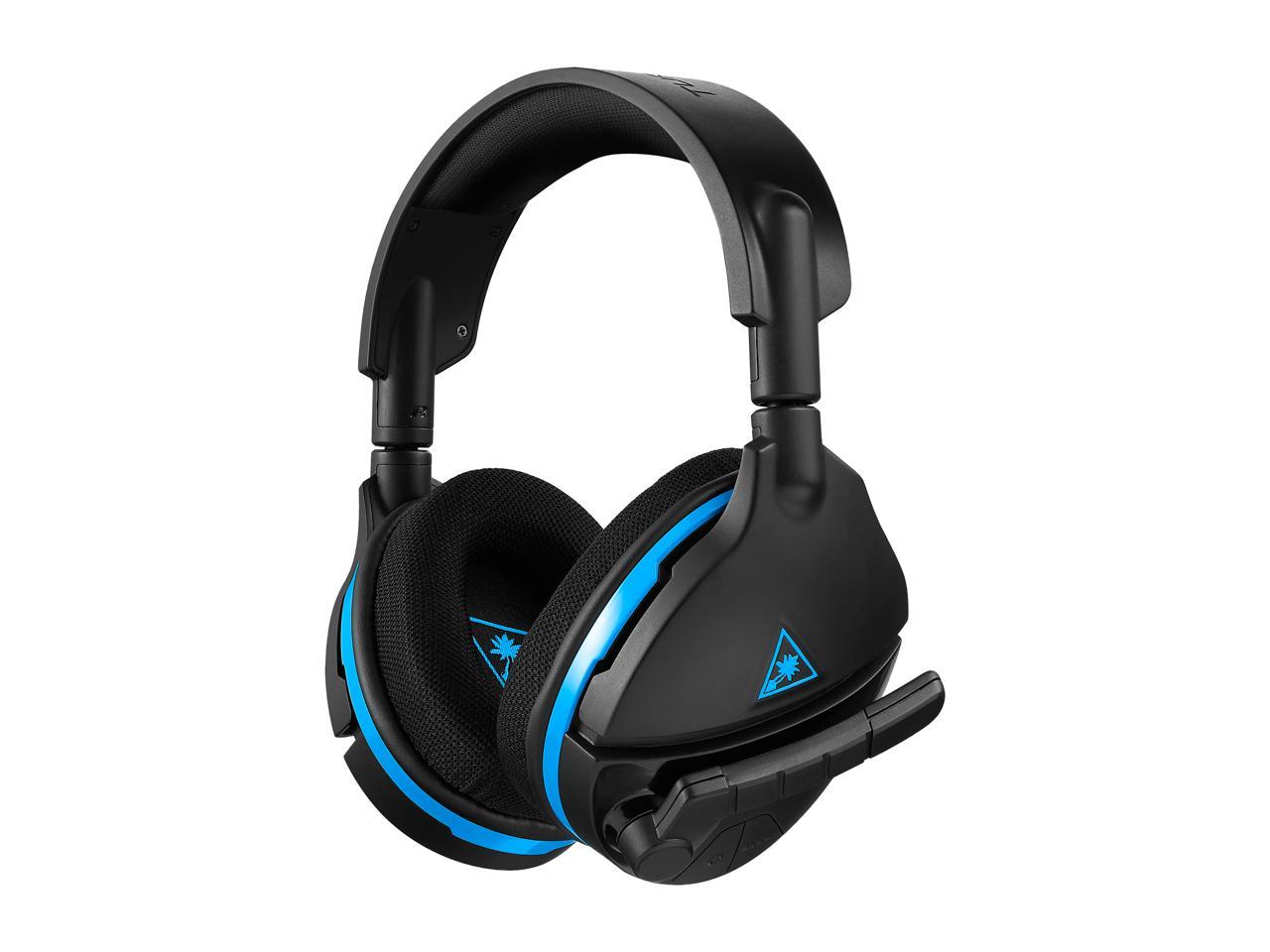 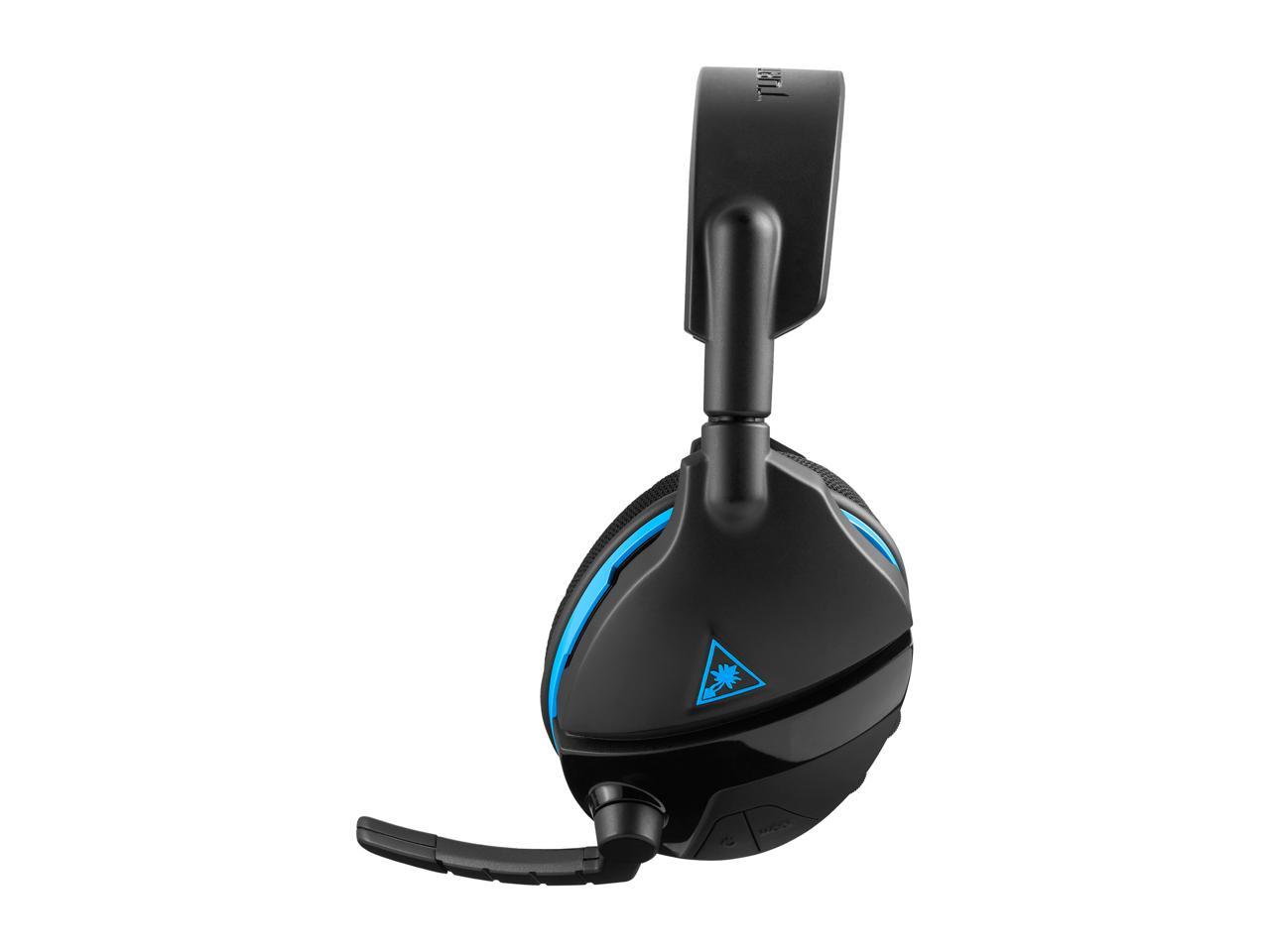 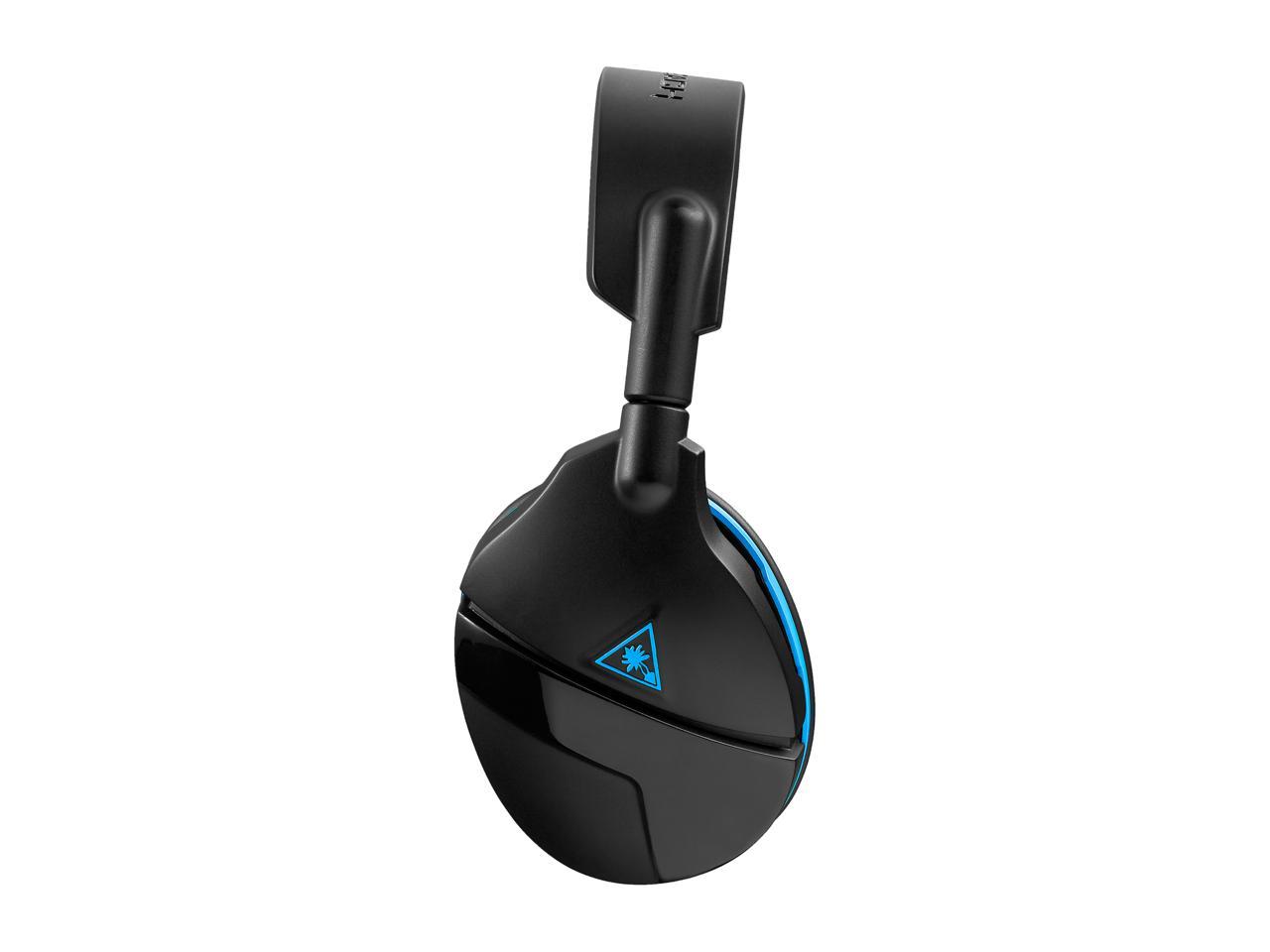 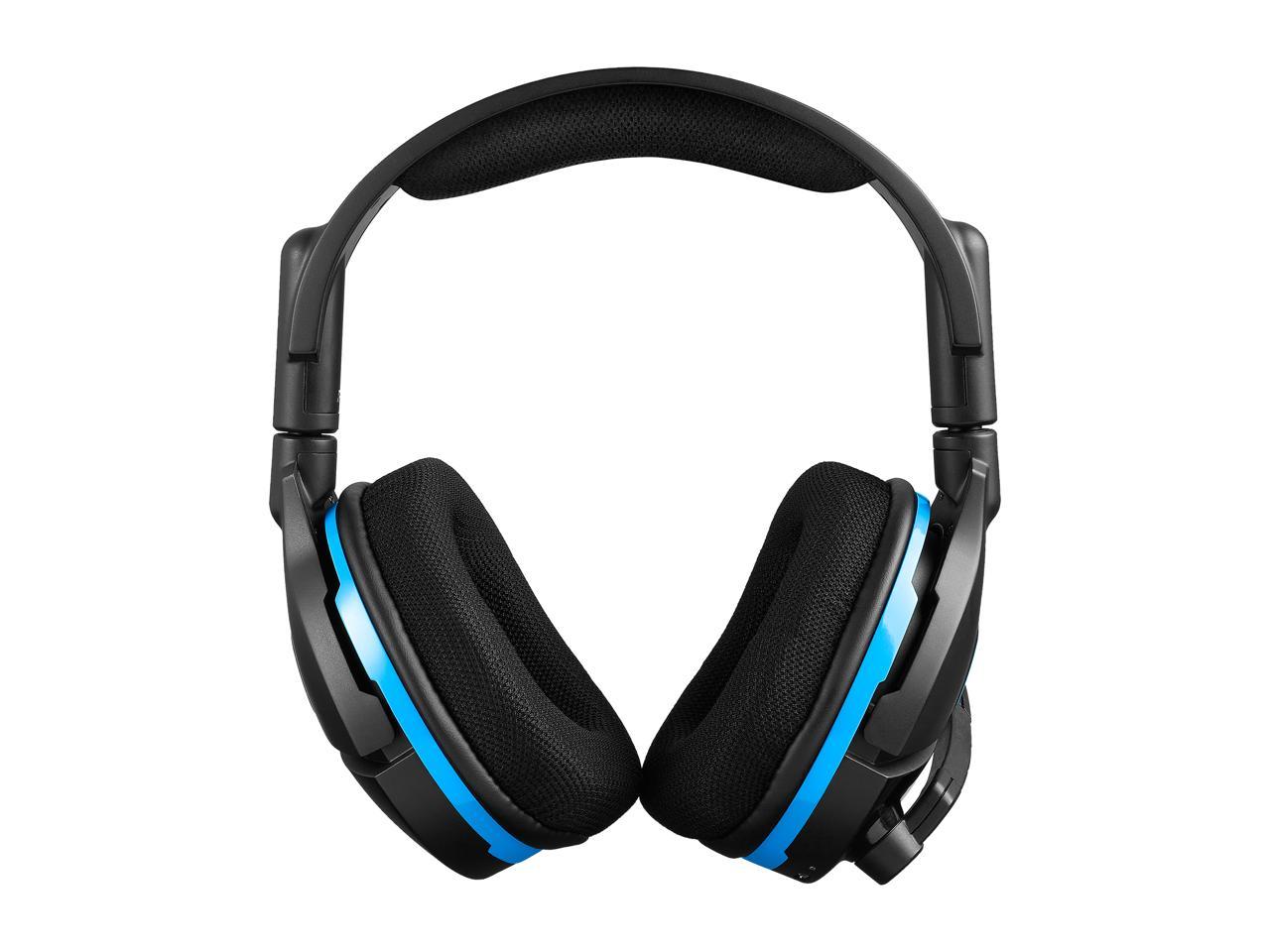 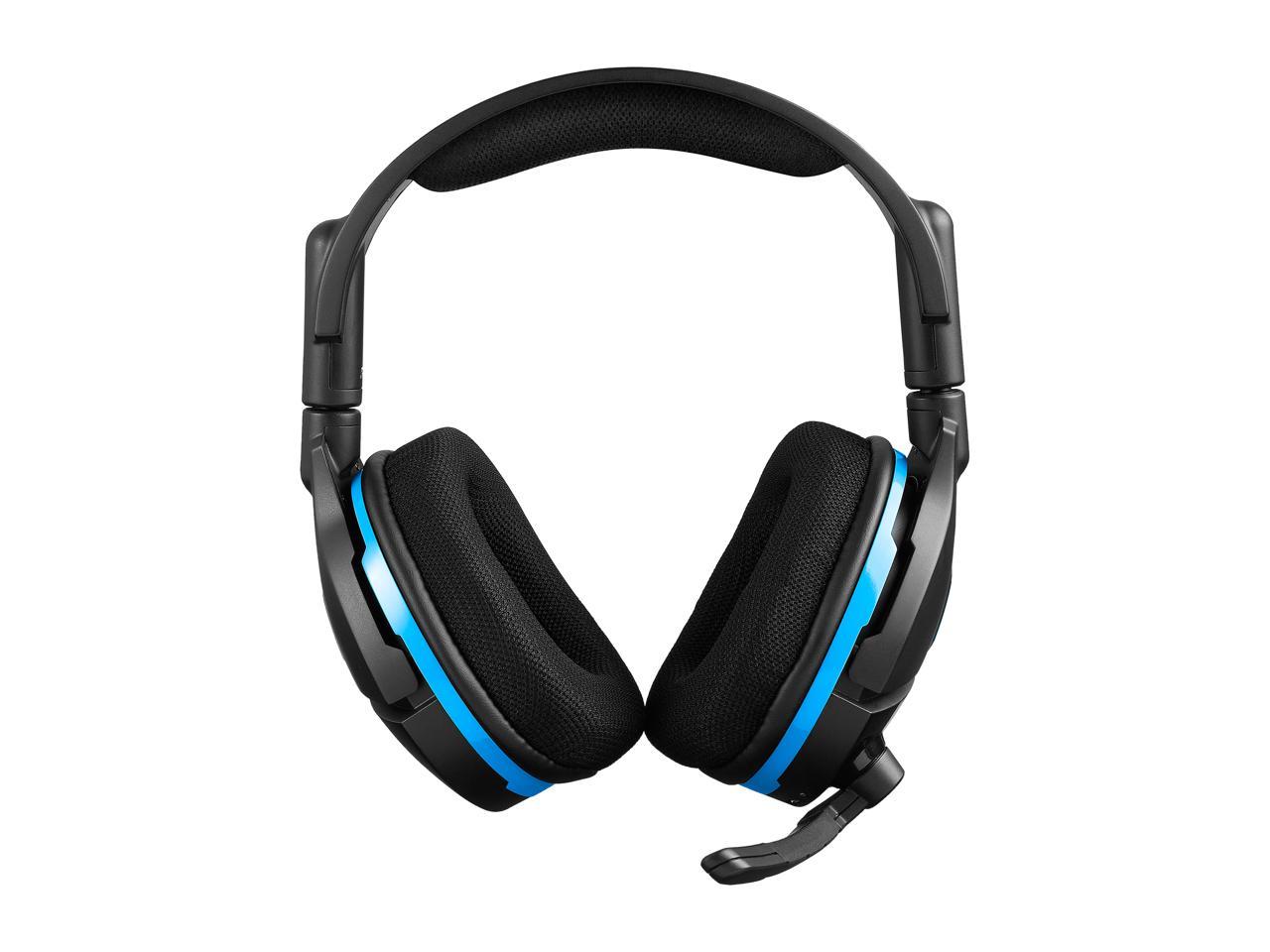 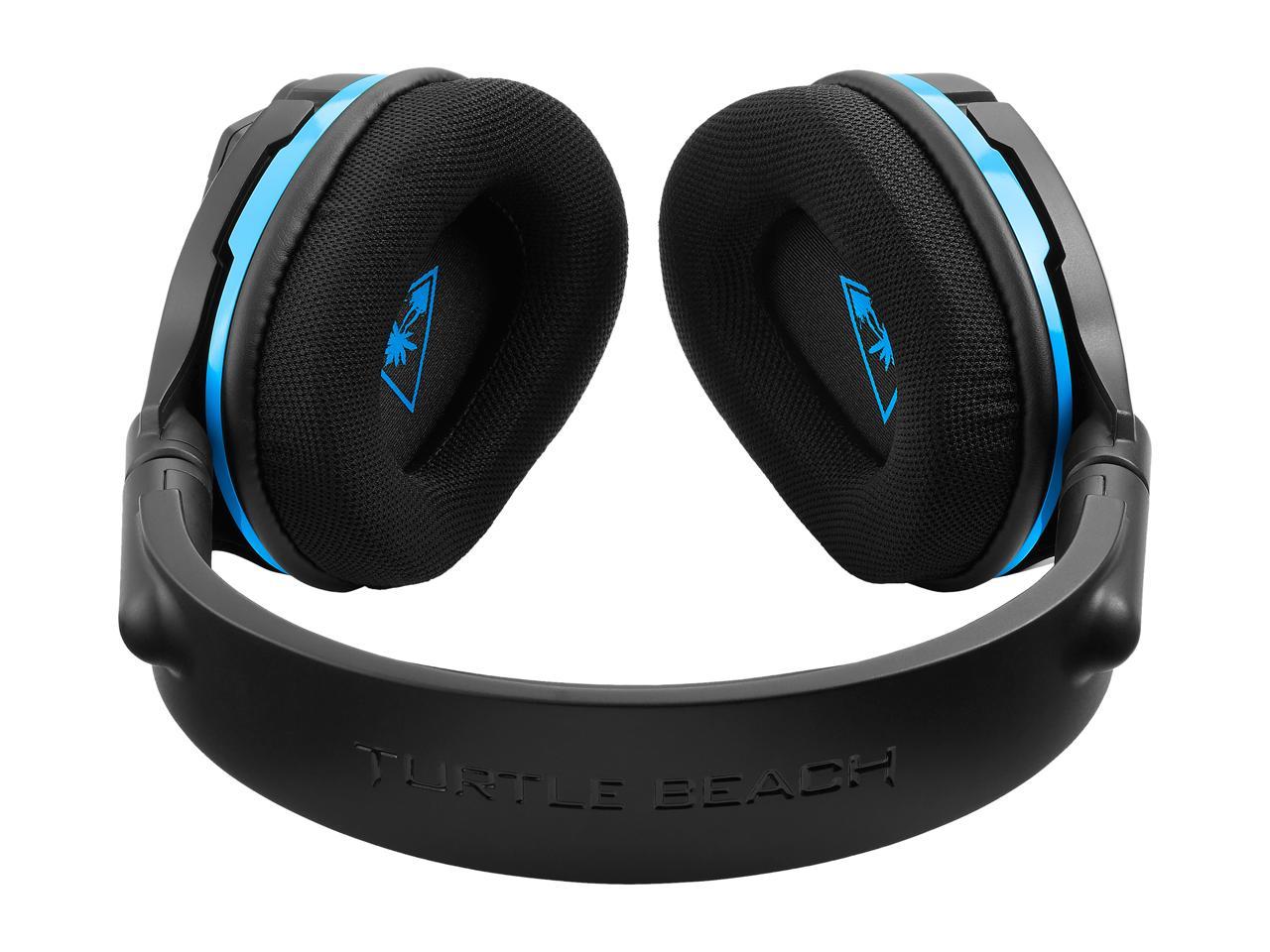 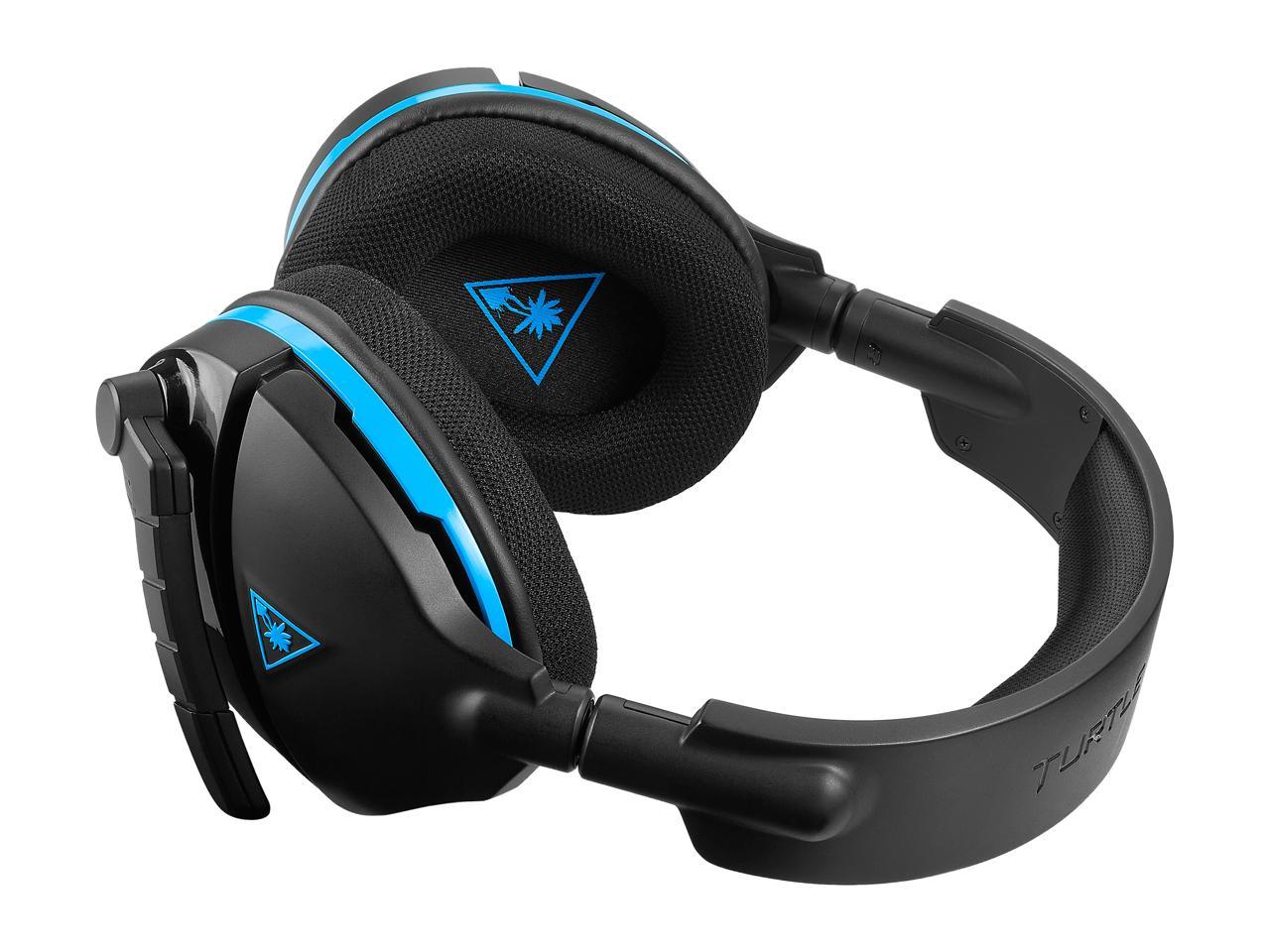 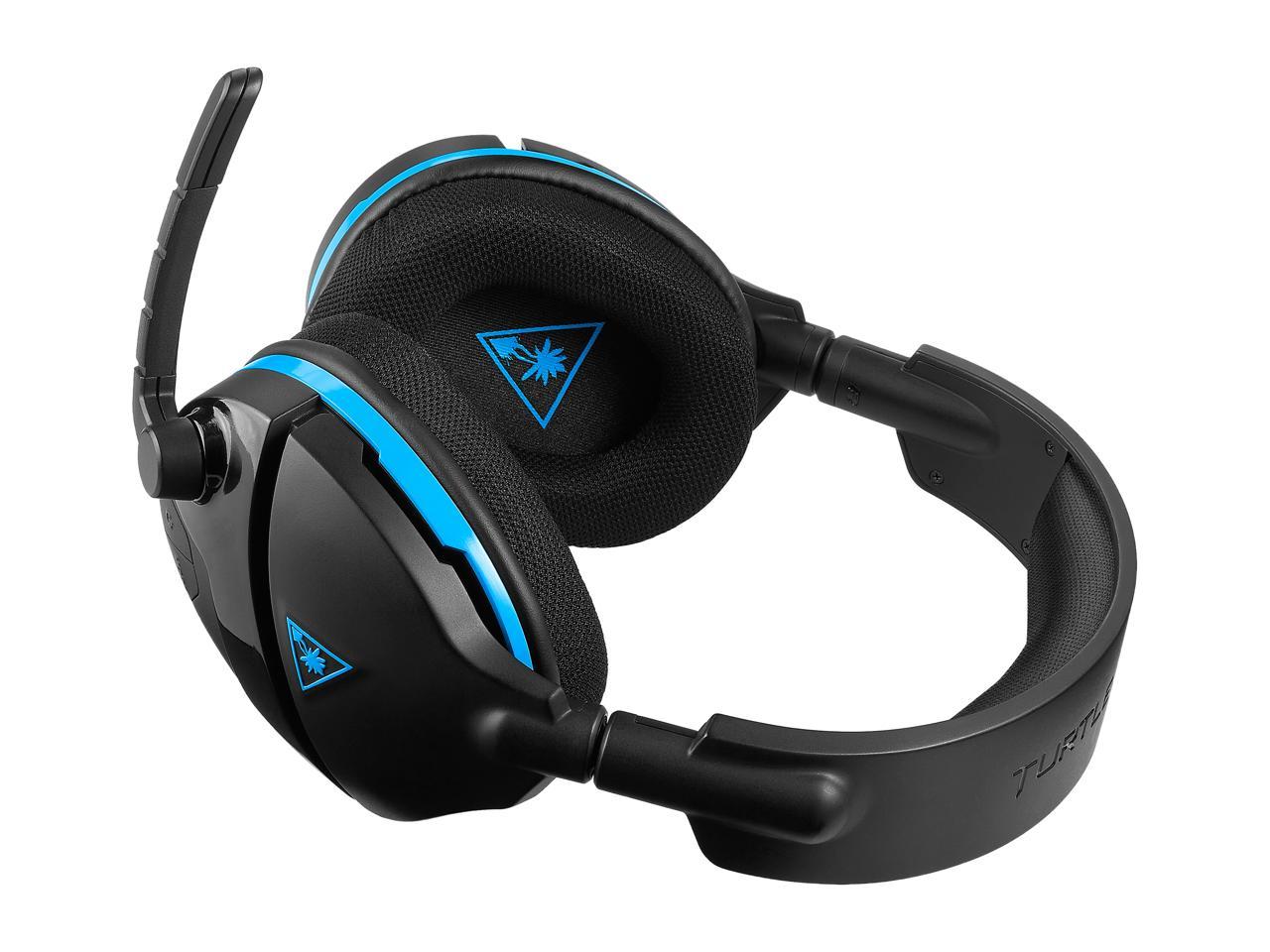 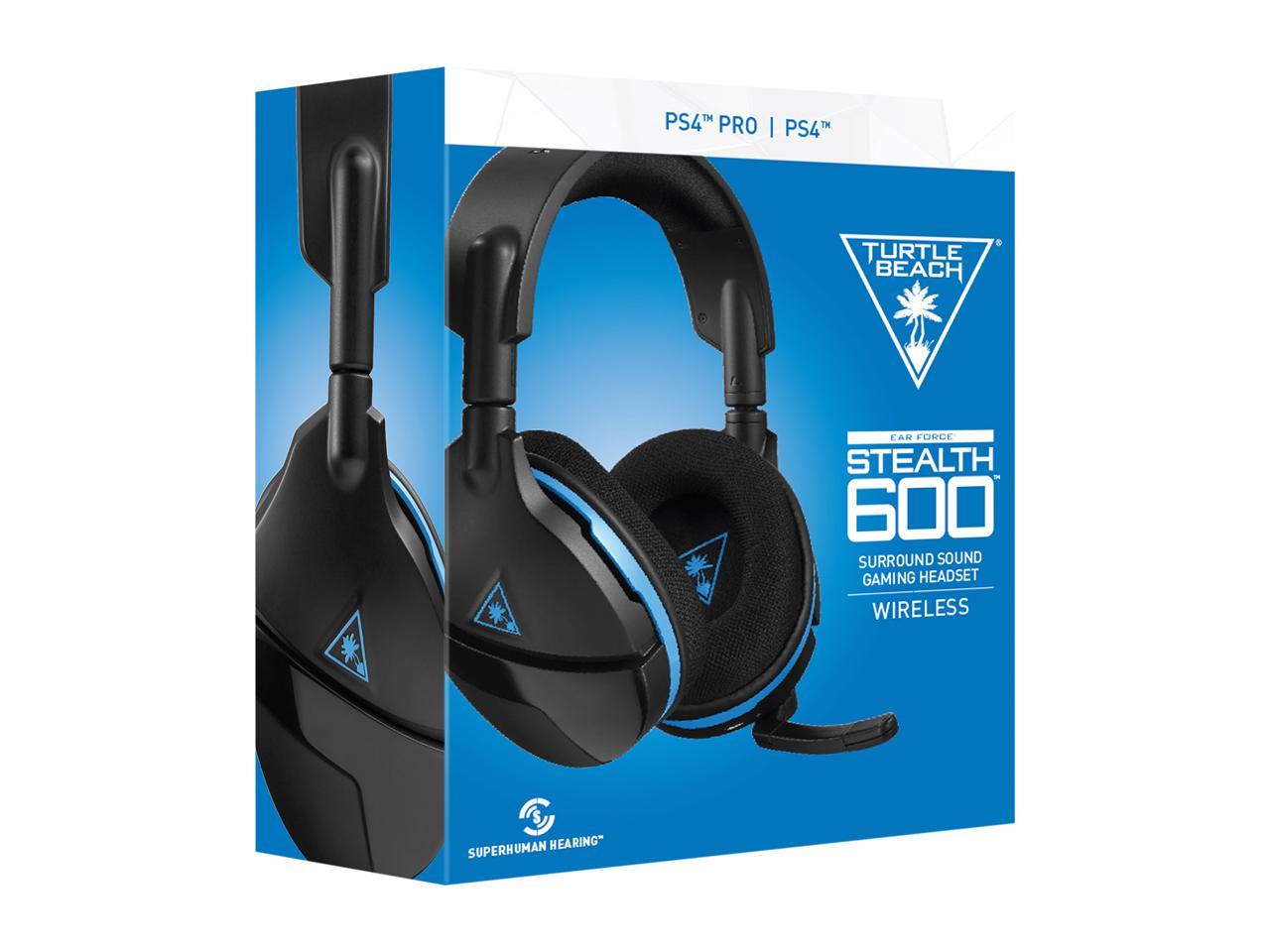 Overall Review: I've had two of these, one i bought and another that was a replacement for that first one. They both cracked on the cylinder above the left speaker. There's a design flaw where the circle piece that keeps the speaker attached to the head portion, cracks. When I first requested the warranty fix for the first one, the turtle beach manufacturer asked me if it broke at that exact place before I even bought it up. 6 months later, the same crack happens on the 2nd pair.

Pros: Decent price for a completely wireless PS4 solution. Works great having the PS4 and phone/music going at the same time. Sound is clear. I live in an apartment and purchased this to replace an old Turtle Beach Ghost headset due to interference from all the WiFi and bluetooth devices in close proximity. This headset was a huge improvement over the Ghost headset regarding interference.

Cons: The way the ear cups attach to the head band is very flimsy. I purchased this in mid March. A few days ago I went to put it on my head and the left ear cup attachment to the headband broke. It now just hangs loosely and there is no way to keep it on my head. The ear cups swivel very easily on the mounts. I am sure this is by design but when I first got it I thought it seemed rather delicate. I wish I had returned them immediately and found another solution.

Overall Review: I would not recommend this just from a durability stand point. I am not a rough user nor a daily use of the headphones and they broke in less than 3 months. Not really sure on Turtle Beach support yet. It has been several days and I have not heard back from them. Will update my review once they get in touch.

Cons: Fitment and a bit heavy. Game sound and chat are not balanced enough for me. Dolby Digital is too low and not spacious enough, my personal opinion that I feel the 500 dts version is better at mixing game and chat with directional sound. Main thing for me is not loud enough.

Cons: Headset adds constant 12db hiss to background, and barely gets loud enough to drown it out completely. Bass response is lacking. Every button on the headset plays a 1-2 sec voice clip before the change is made. It's neat for a few times, but the buttons are too easy to hit and mix up. The result is mild annoyance and ineffective controls.

Pros: - Sound quality is good. - Mic is quite good. Very clear. Filters unwanted noise out quite well. - Noise Cancellation. While it is no Bose it doesn't do too bad a job filtering noise. Can definitely tell a difference. - Ability to play games and use Bluetooth for calls and music at the same time. Not being limited to just using Spotify for music is a huge plus for me. - Ear Cup are large enough to fit over my entire ear. I would say I have average size ears but I wear hoop earrings and most cans tend to rest on them. These do not.

Cons: - Lack of audio volume controls over Bluetooth. - Must use the included Optical Cable to get "Surround Sound". Just using the Dongle alone results in "2.0" stereo. Seems like a poor design choice. - Almost impossible to adjust the headset while it is on your head. Feels like it will break before it adjusts. Makes it difficult to get an adjustment that fits well. Requires a removing the headset, adjusting it, putting it on to test and then repeating. - Battery life is just OK. Not great but not the worst. Don't get 10 hours of life though. More around 6 to 8 or so. - Button placement is rather poor. Would have been better to have Power and Super-hearing button on left side with an empty space between and Bluetooth button on right. With all on the same side requires some fiddling around or removing the headset to hit correct button.

Overall Review: - Included USB cable is far too short. Highly recommend getting a longer cable if you want to wear it while charging. - Would have been nice if the headset felt a little more solidly built but the lightweight does help with comfort. Time will tell how well the headset will hold up. - Wireless range seems to be on the shorter side than other wireless headsets I own. Doesn't seem to be a difference in range between Bluetooth or included Receiver. - Not being able to change settings on the headset on a PC unless you have both the headset and dongle connected is a slight inconvenience. I could understand not updating firmware but seeing as I can change settings with the phone app just seems odd not being able to do it on a PC without the dongle whether over Bluetooth or connected over USB. - Can be connected to PC with included transmitter or with Bluetooth. You lose volume controls with over Bluetooth but it does save you from having to move your transmitter back and forth from PS4 to PC. Does not seem to re-pair automatically over Bluetooth on PC however. Have to manually reconnect. Tried 3 different Bluetooth adapters and 3 or 4 stacks. Doesn't seem to matter. - Surround Sound doesnt really seem that great. I don't really notice any real difference between these and my other headsets that are just 2.0. - Superhearing feature seems kinda niche and more like just a quick way to bump the volume up than anything else. - As of the time of this review there is an issue where plugging in the charge cable will sometimes cause the headset to disconnect. Power Cycle fixes it. Best thing to do is power off the headset, plug in the cable then turn the headset back on. While it does seem like there are many quite a few more negatives then positives most of them are rather minor. They do not really detract that much from the headset it self.

Pros: The amount of features and the charging dock is awesome, The sound of the headphones are great. there is no buzzing or humming sound like some reviews say I think turtle beach fixed that in a firmware patch.

Cons: My Cons are the fact I can't get a refund from newegg, Wish I payed attention to the return policy before purchase. The problems I have is the headset is small they squeeze my head pretty tight.. I think they had a kid's head in mind when they made these. My last issue is the internal mic, Sure having a internal mic sound awesome and great on paper but the quailty is just garbage compared to a boom mic. My friends refuse to have me in there ps4 voice party if I use this mic they say it sounds like i'm in a tin can, It's worse than a cellphone mic. I know its random but the mic also cuts me off when I say 'six' it doesn't like the sssss sound at the end and instead sounds like you say 'sic'.

Overall Review: If this headset had a option to attach a 3.5m boom mic to it and if the headset wasn't so dang tight on my head I would have loved them. but instead I'll have to see if someone will buy them or trade them into a gamestop that is if they accept them.

Cons: -The attatchement between the headband and the hearcup broke so now i need to be super-mega careful when i put on the headset because otherwise the pressure between the hearcup and the headband make the attachement unstick and i have to connect both again very carefully otherwise the hearcup is just set loose and unusable. -The bluetooth tend to disconnect without any reason. -The userguide included in the box never precised that you need to select the <chat audio prioritize thingy> for the headset to work properly, so in the beginning i thought that the headset was maybe just broken. Then i had to go to turtles website to learn that it was just a wrong selected option. -The headset has so many buttons on it that when you want to , for example, set the noise cancelation off you have to remove the headset and look for where it is freacking located. Final comment: If the attachment between the hearcup and the headband hadnt broke then i wouldve put 3 star, maybe 4, but for a 350$ headset i simply cannot accept that!

Pros: The stand is pretty neat.

Cons: Constant hissing is annoying. Update toned it down some, but it's very much still there. The touch pads on the side of the headset are a strange design that end up getting accidentally pressed by anyone who wears them. The bass is non existent. Mic is horrible quality. Highs are too sharp.

Overall Review: I would not recommend this item.