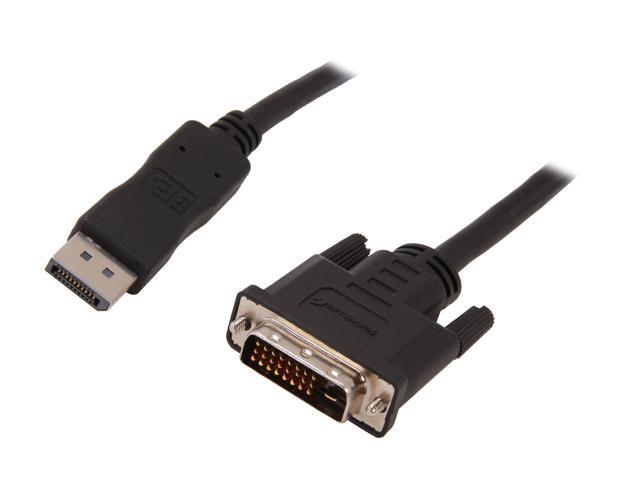 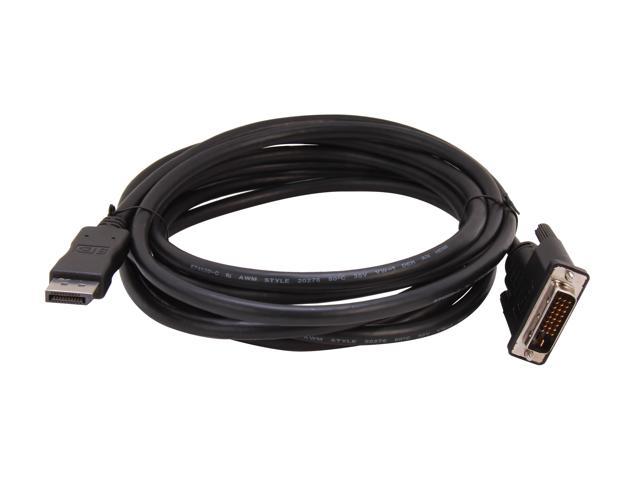 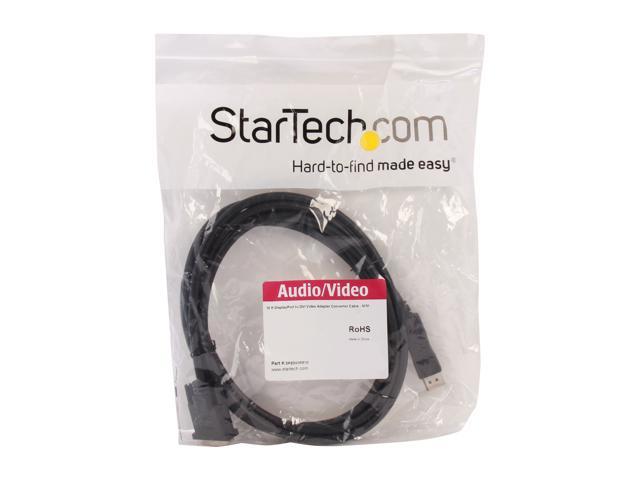 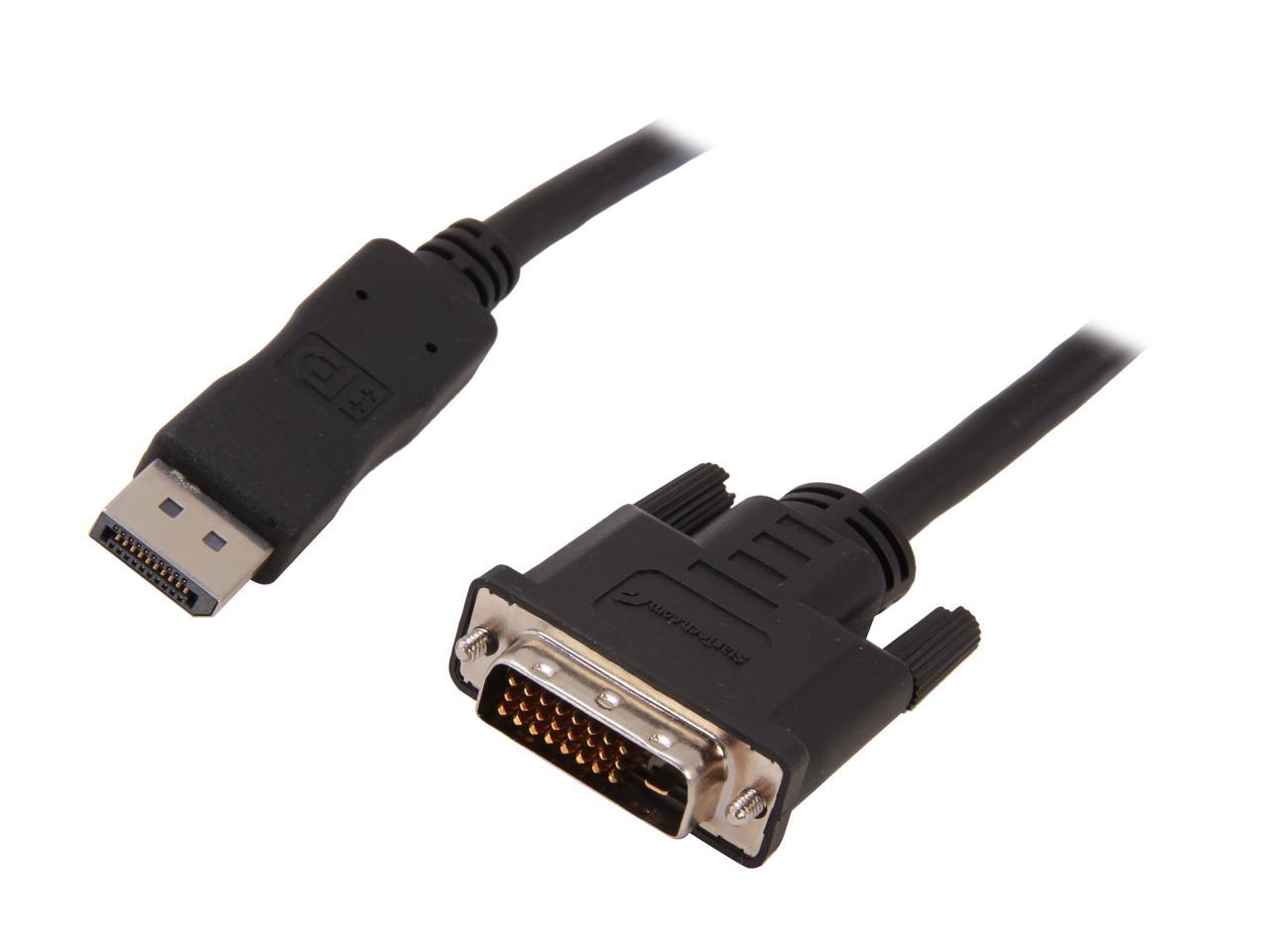 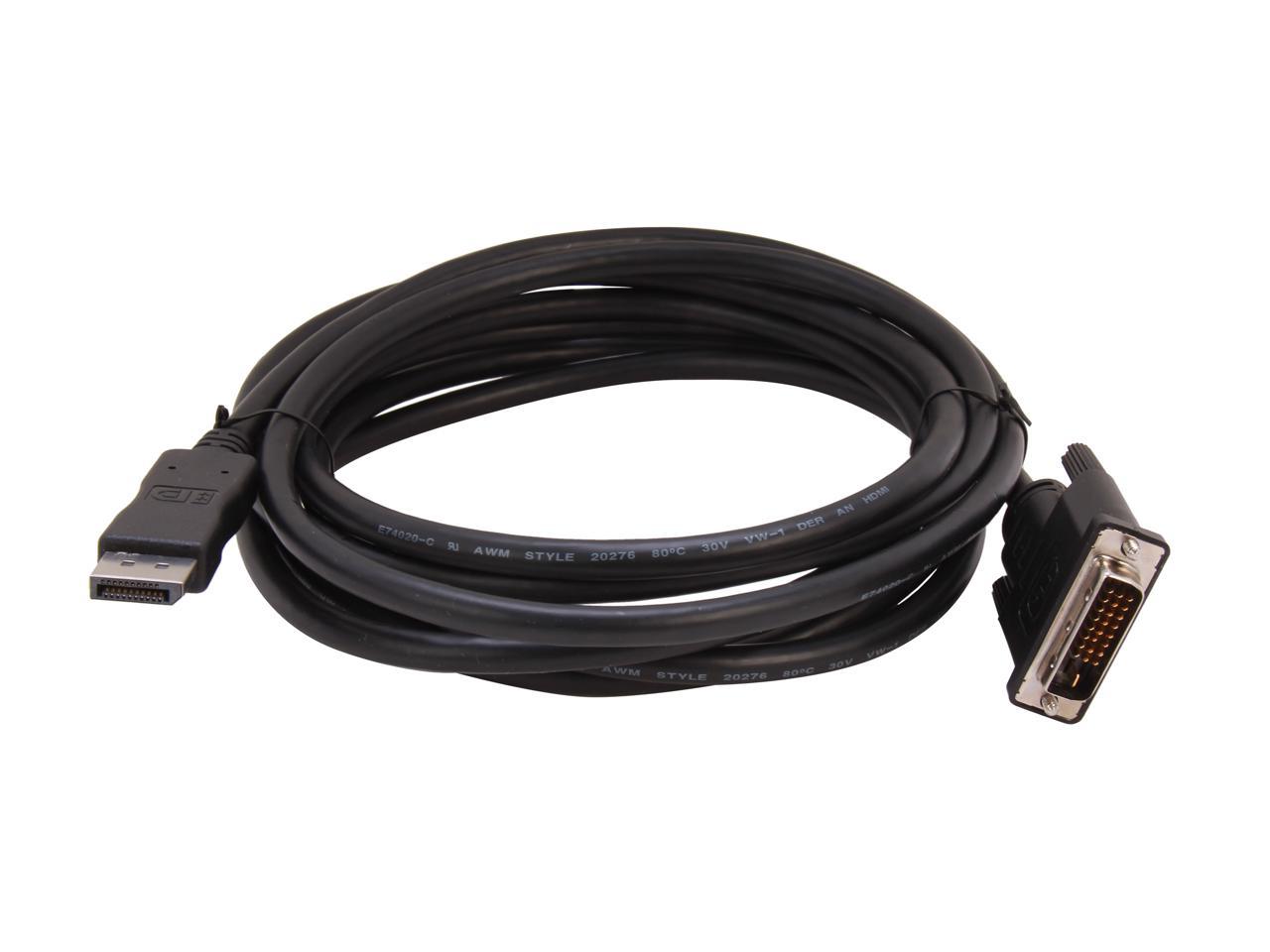 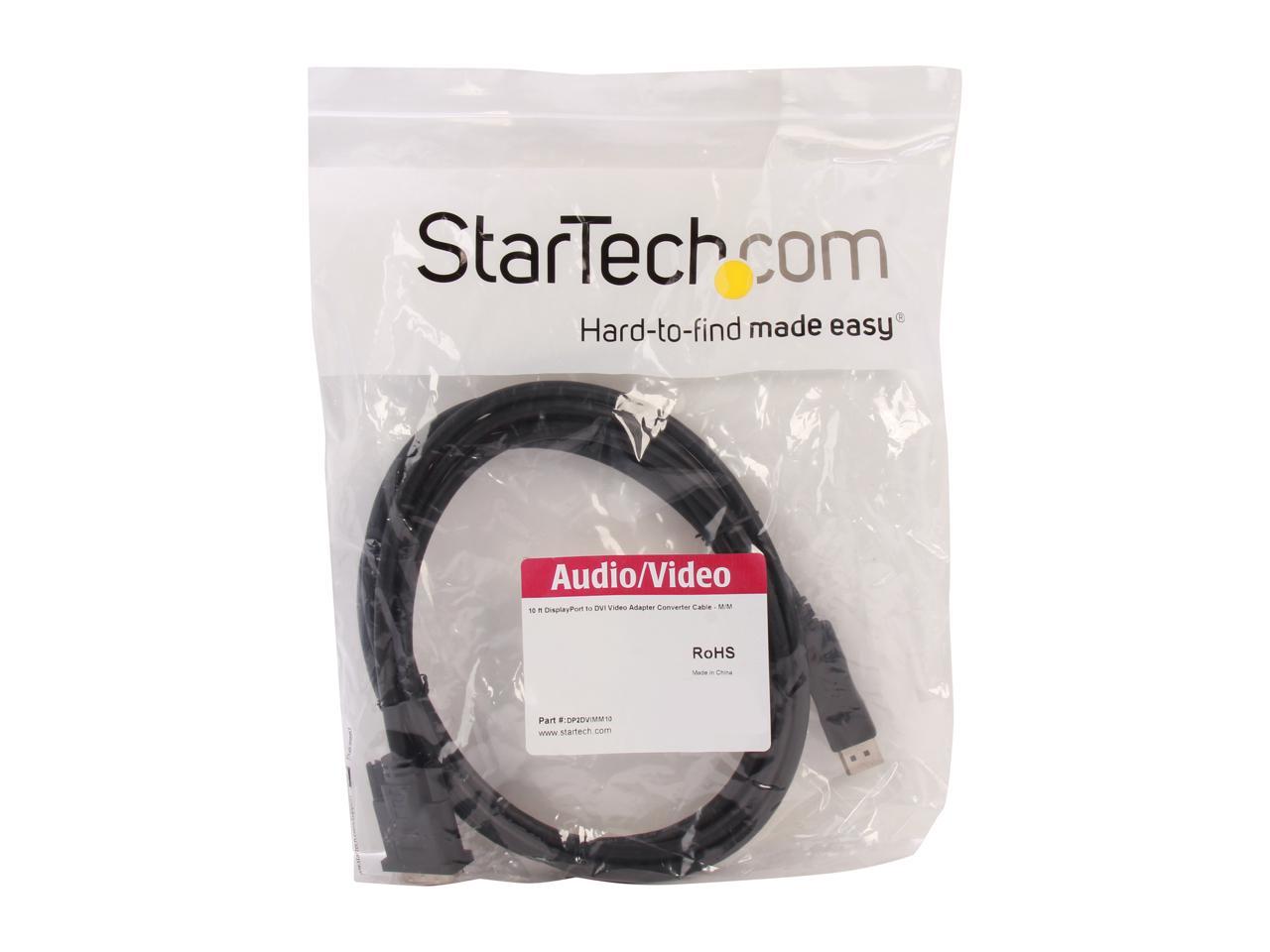 Learn more about the STARTECH DP2DVIMM10

Cons: does not support 144hz

Overall Review: If you are like me with a new graphics card GTX1080 which only has a display port no DVI-D. and your 144hz monitor only has DVI-D, this cable is not your answer it will only support 60 hz. don't make my mistake

Pros: I bought this cable from a different site and I can happily say that it works in displaying picture on my THIRD monitor. No active adapter needed!

Overall Review: Figuring out whether I needed an active adapter or a passive adapter was an extreme headache. The first adapter I bought was active and apparently only worked with AMD products. I would like to explain that I am running three monitors, however I have no interest in using anything such as AMD Eyefinity or nVidia 3D Surround. I only want three monitors to have more space, not to stretch games across all three screens. Also, each monitor has a resolution of 1920x1080. So: you only need an active adapter(based off of my findings) if (a) you want Eyefinity or 3D surround or (b) your monitors have a higher resolution than 1920x1200. Please keep in mind that these findings are based off of my GTX 750ti video card. If you're using an AMD card, your results may vary, and you might instead want to purchase an active adapter just to be safe, as I've read that AMD cards require active adapters even if the user has no interest in Eyefinity.

Overall Review: Bought this to occassionally connect a laptop to my large PC display. Works great to flip between PC and laptop on the main display without changing up cables all the time.

3 out of 3 people found this review helpful. Did you?
Lee-James W.
Ownership: less than 1 day
Verified Owner
It does not handshake properly, and the screen flickers10/6/2015 1:02:54 PM

Cons: Very bad quality. It causes my screen to flicker, and even doesn;t handshake at bootup sometimes. You have to play with the wires inside the wire. Its as if it is broken. I think this cable might have even been used before.

Overall Review: Something is wrong about this cable.

Pros: sturdy and clicks in the tower solid.

Overall Review: I bought this for my SFF computer, it only had a display port and the screen i had only had hdmi, I bought this cable and it worked great :)

Overall Review: StarTech makes and sells fabulous products at great prices. I buy most of my cables from them.

Pros: It is kinda cheap feeling and worked fine...until it didn't

Cons: Only lasted 2 months then out of the blue just stopped working. Messed with it swapping it around to different monitors and it worked for a day, then stopped working all together.