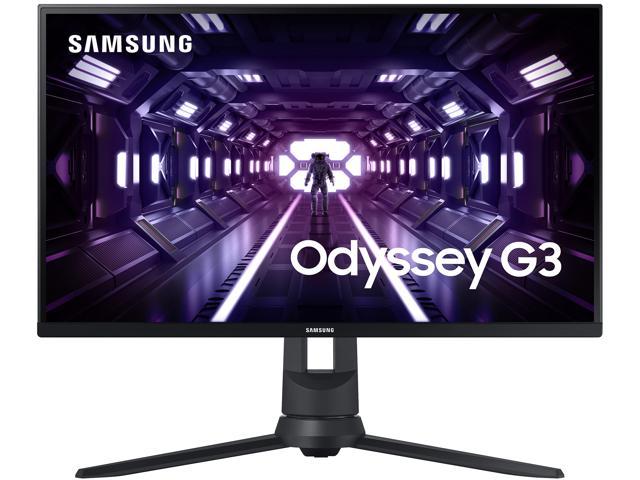 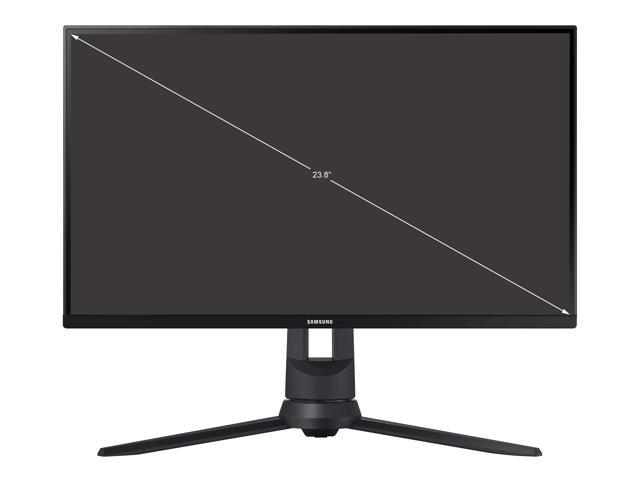 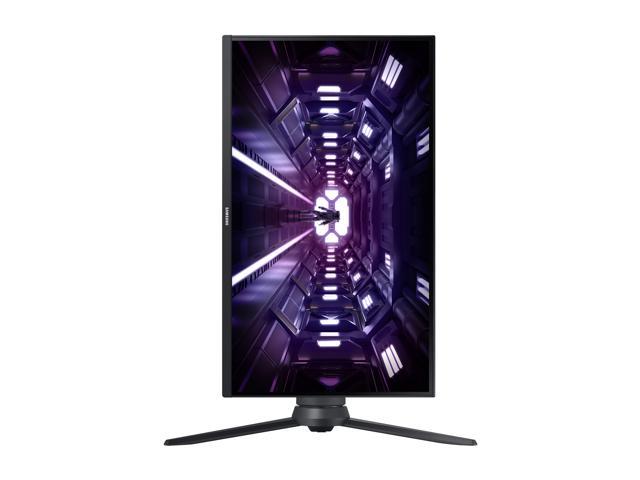 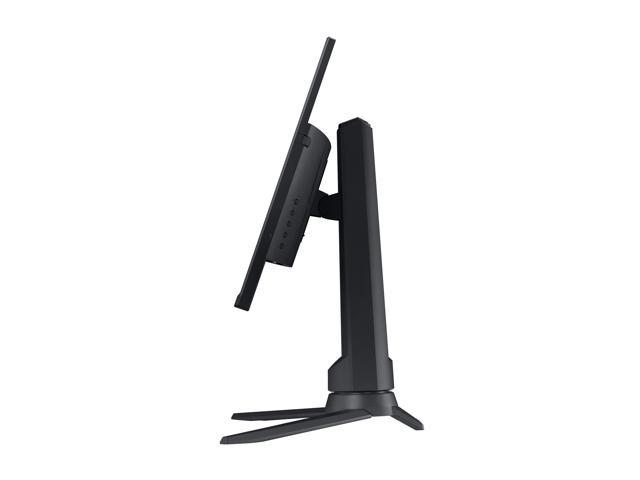 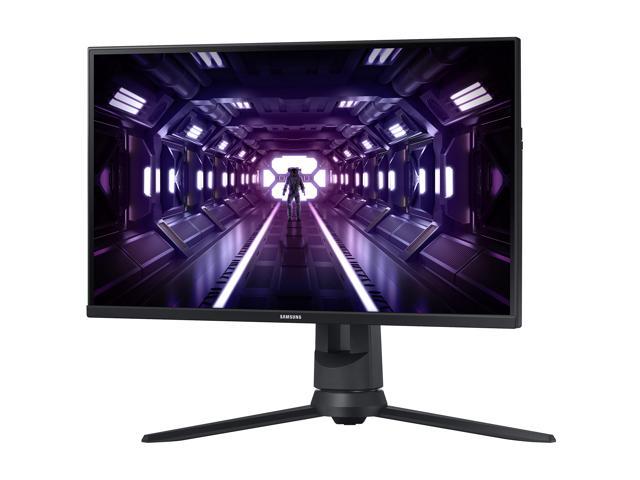 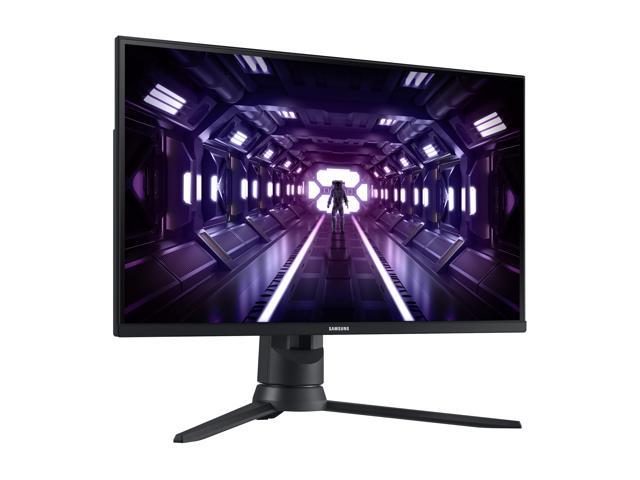 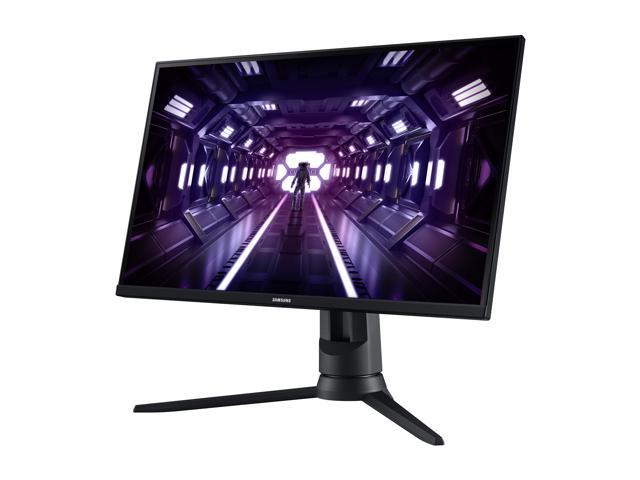 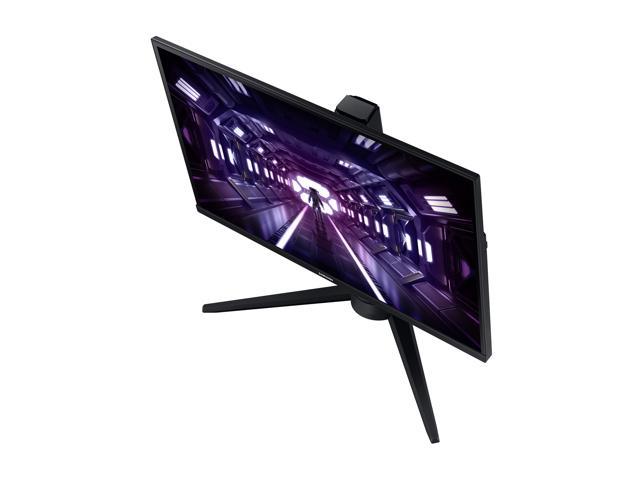 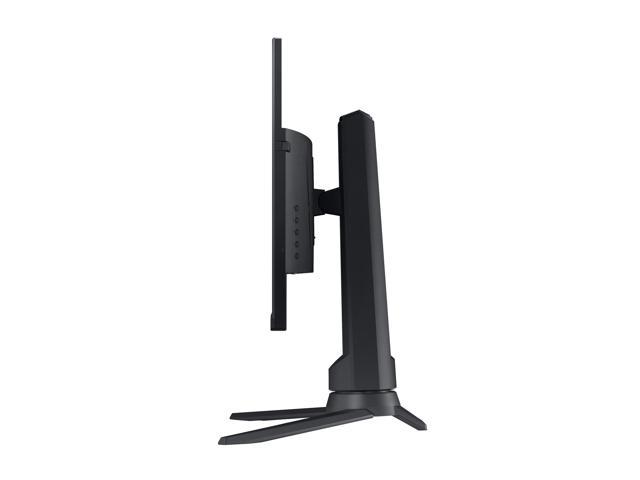 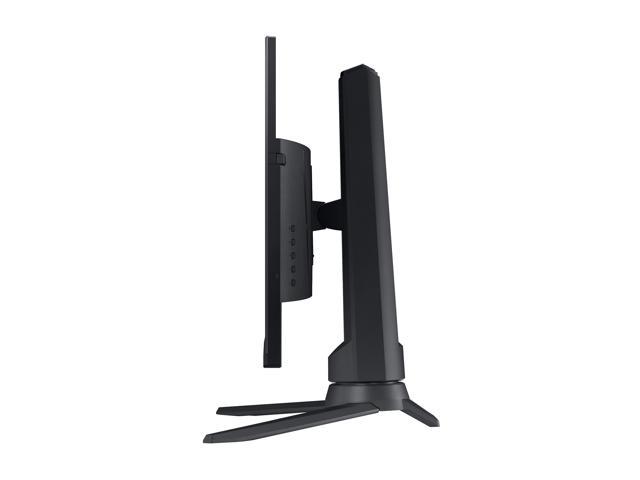 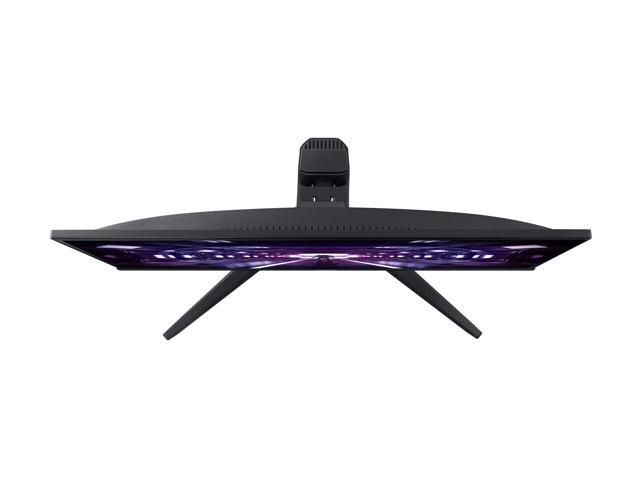 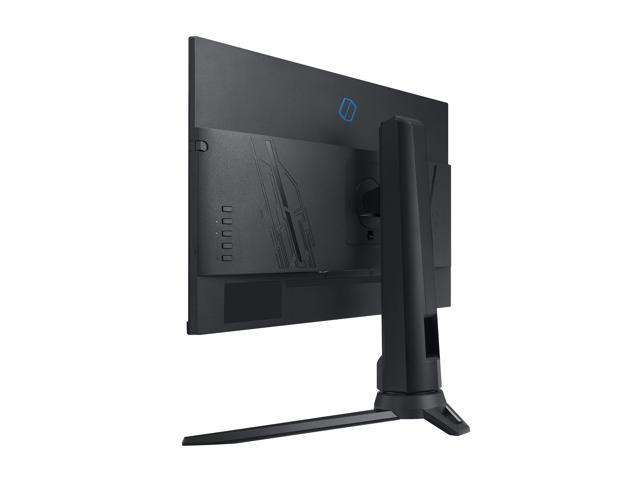 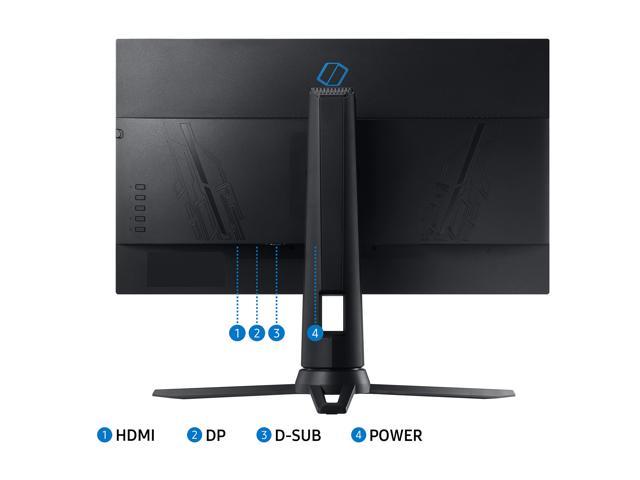 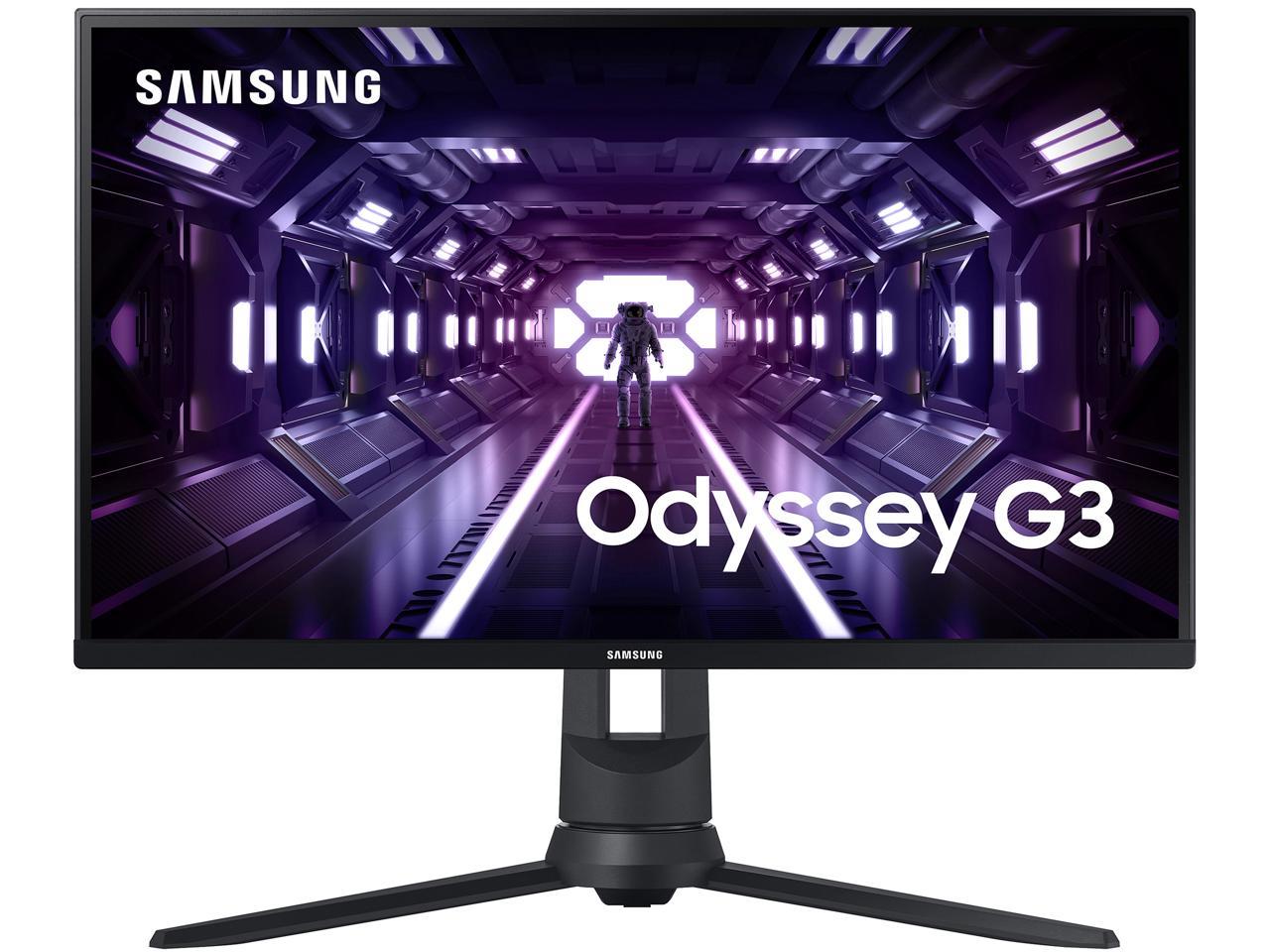 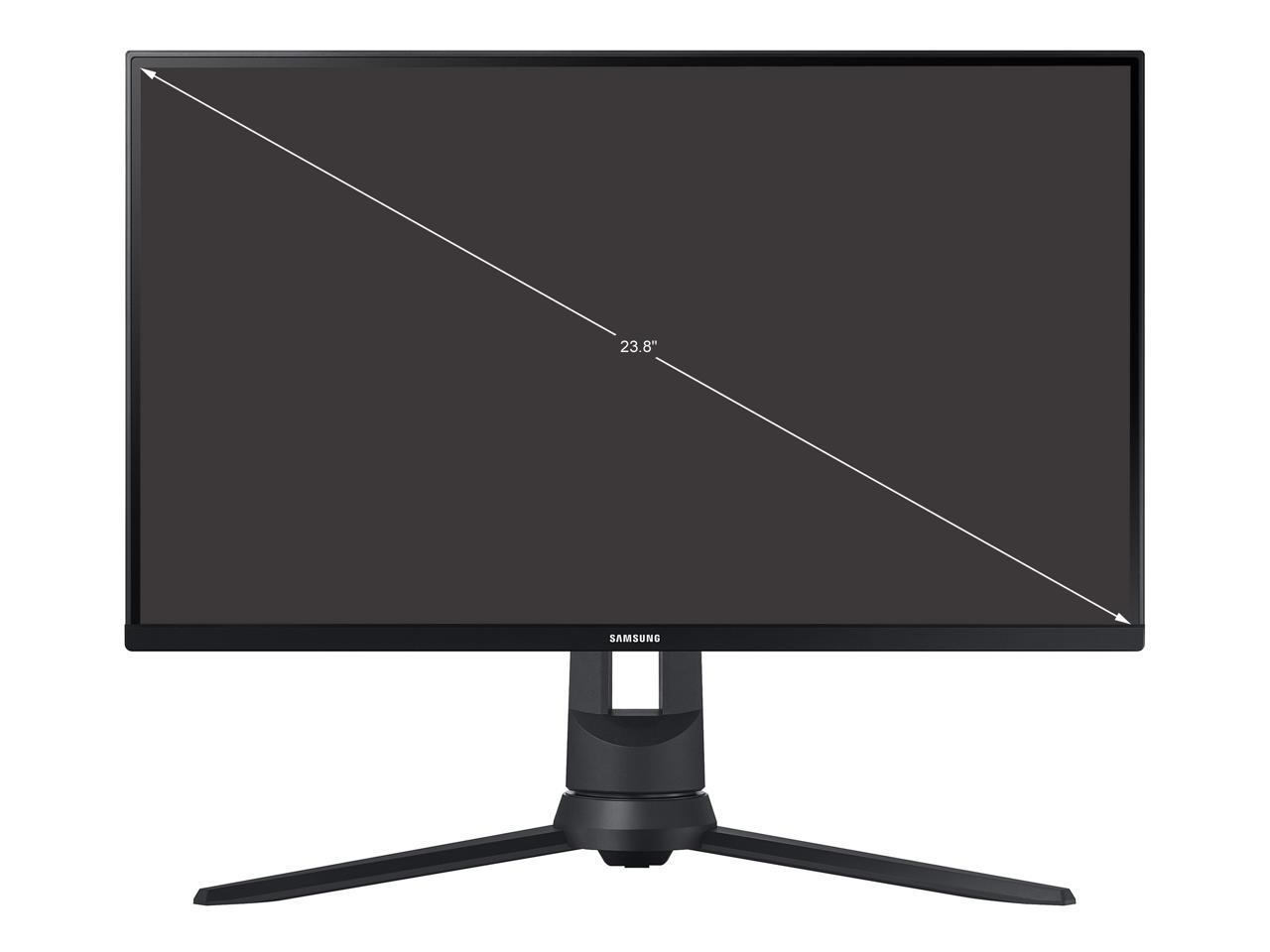 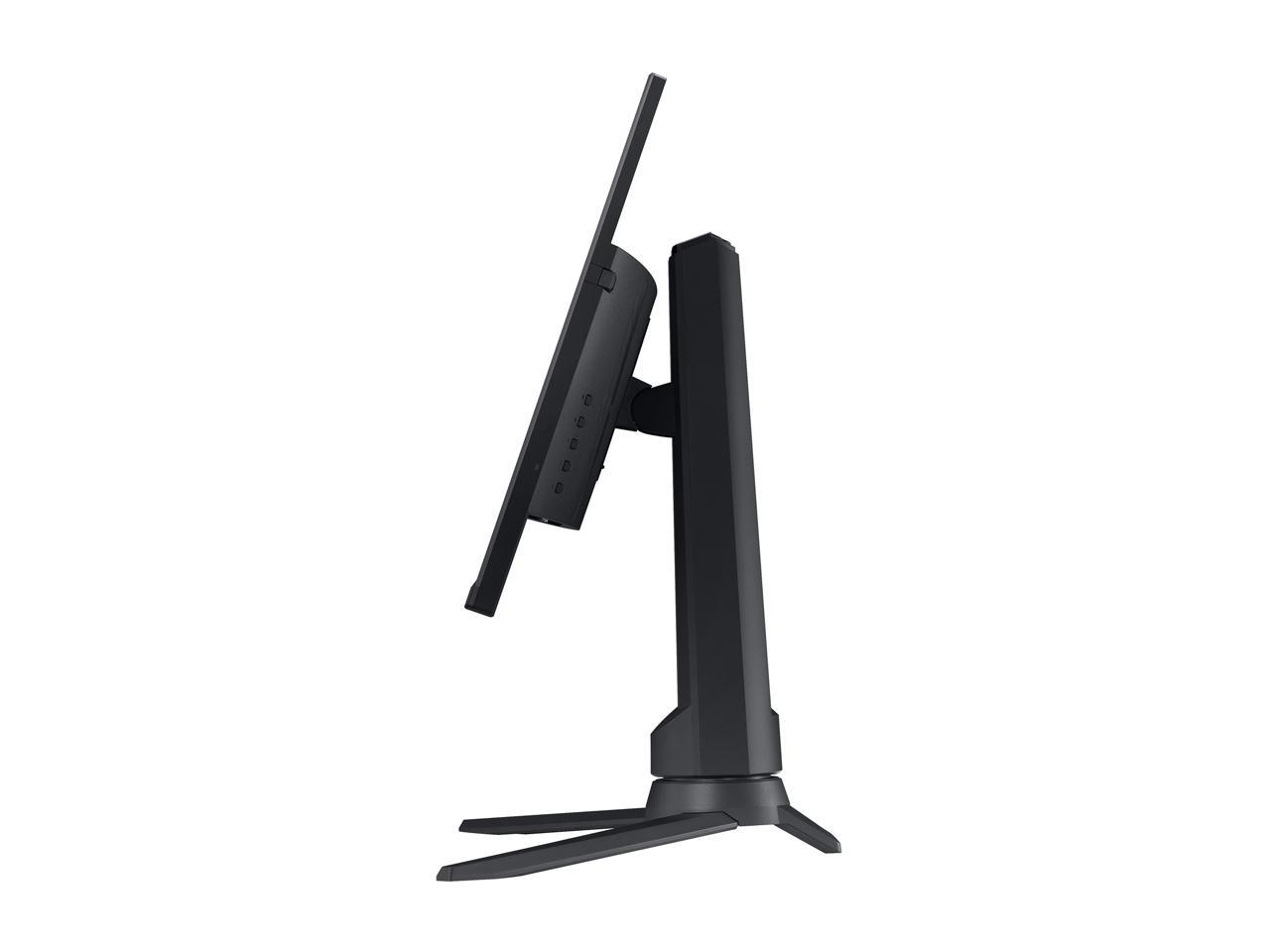 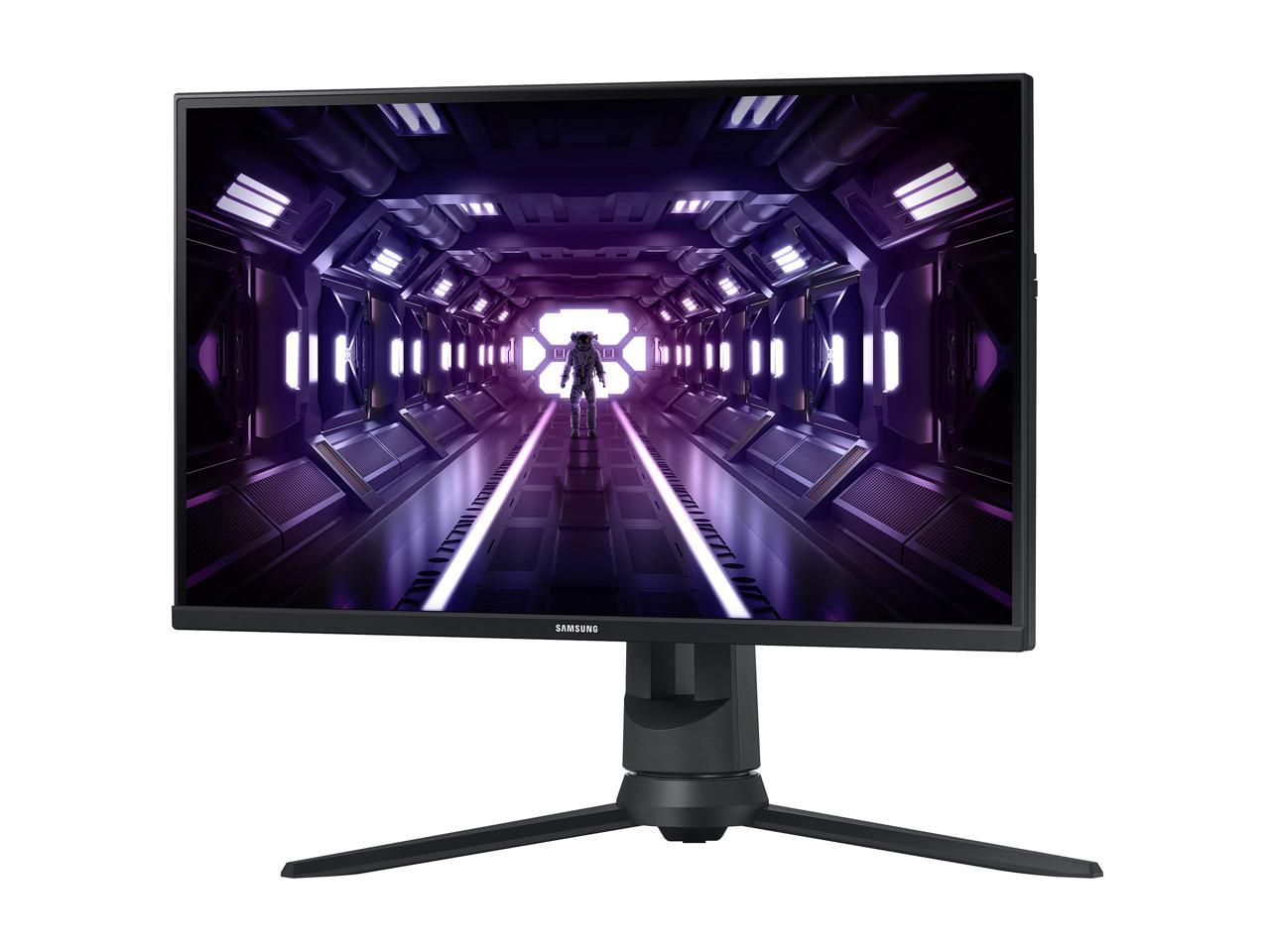 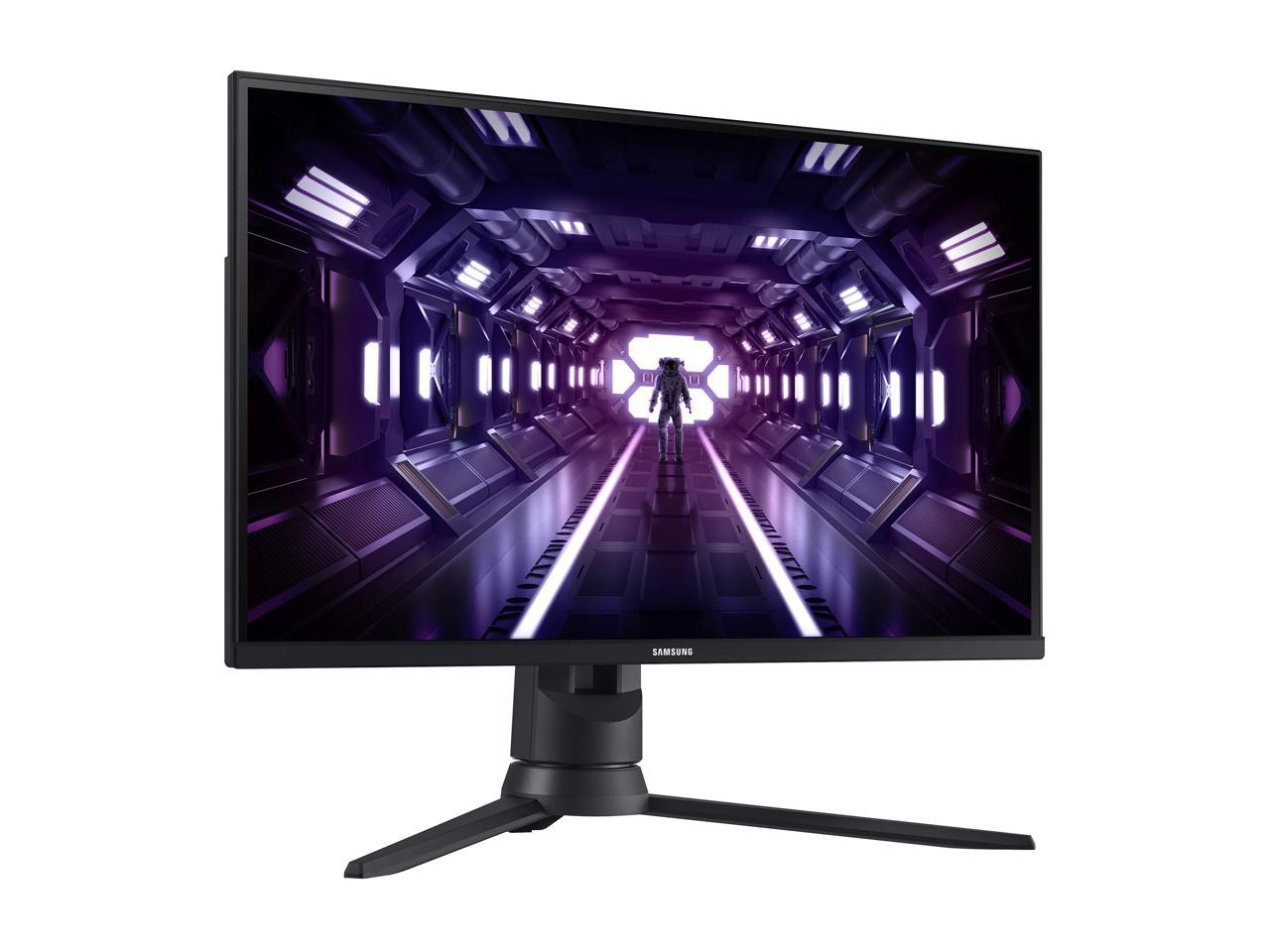 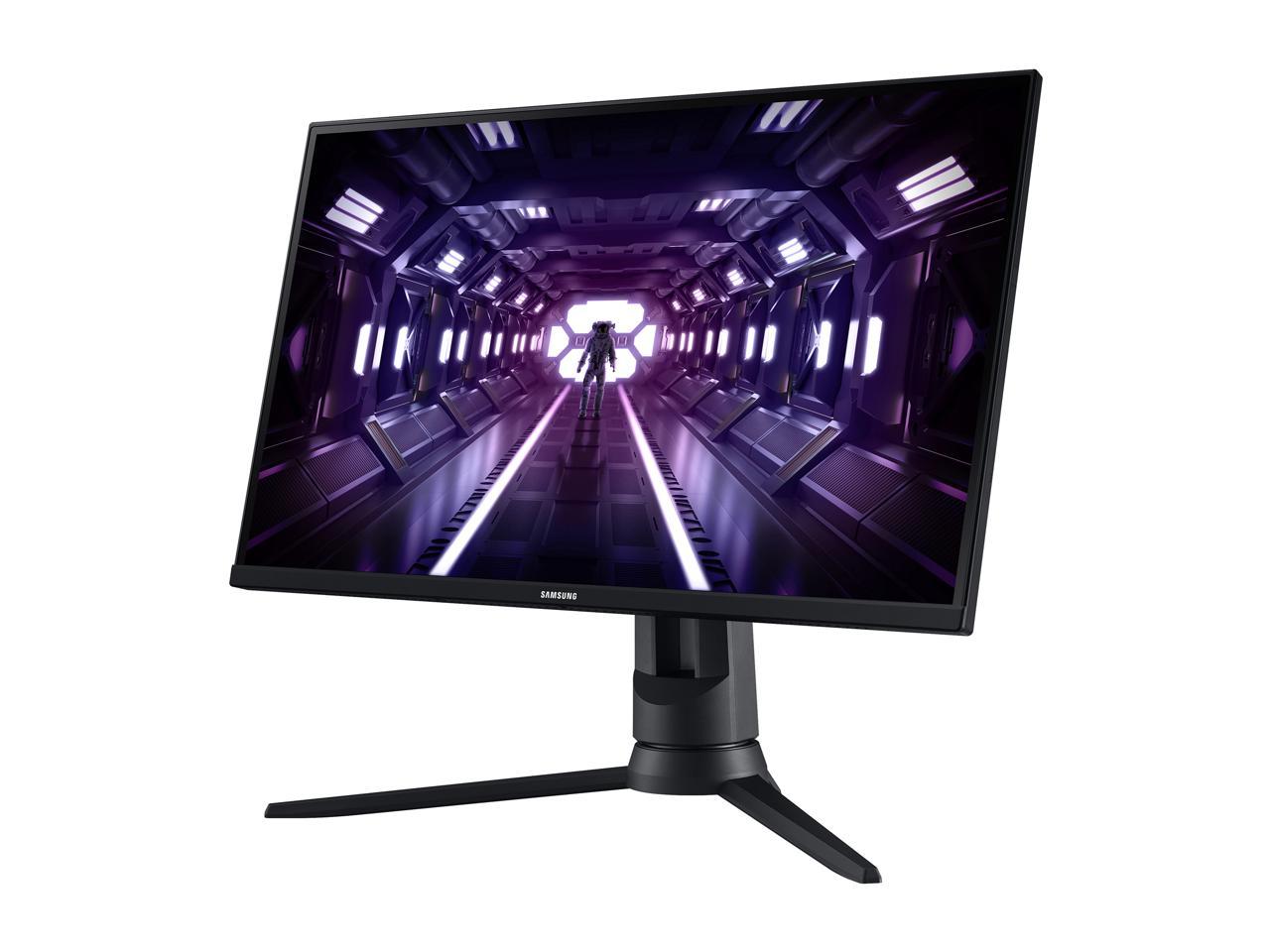 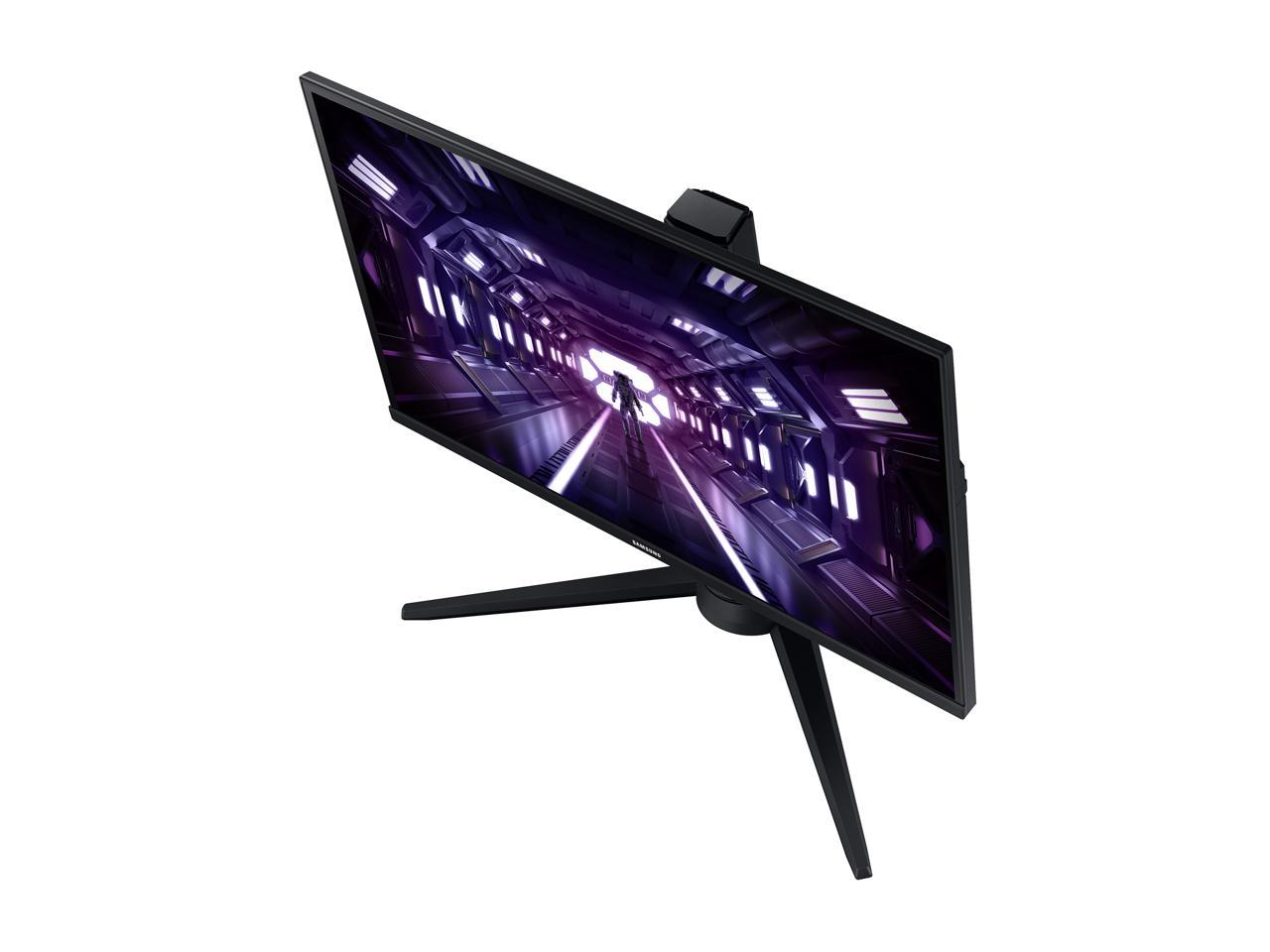 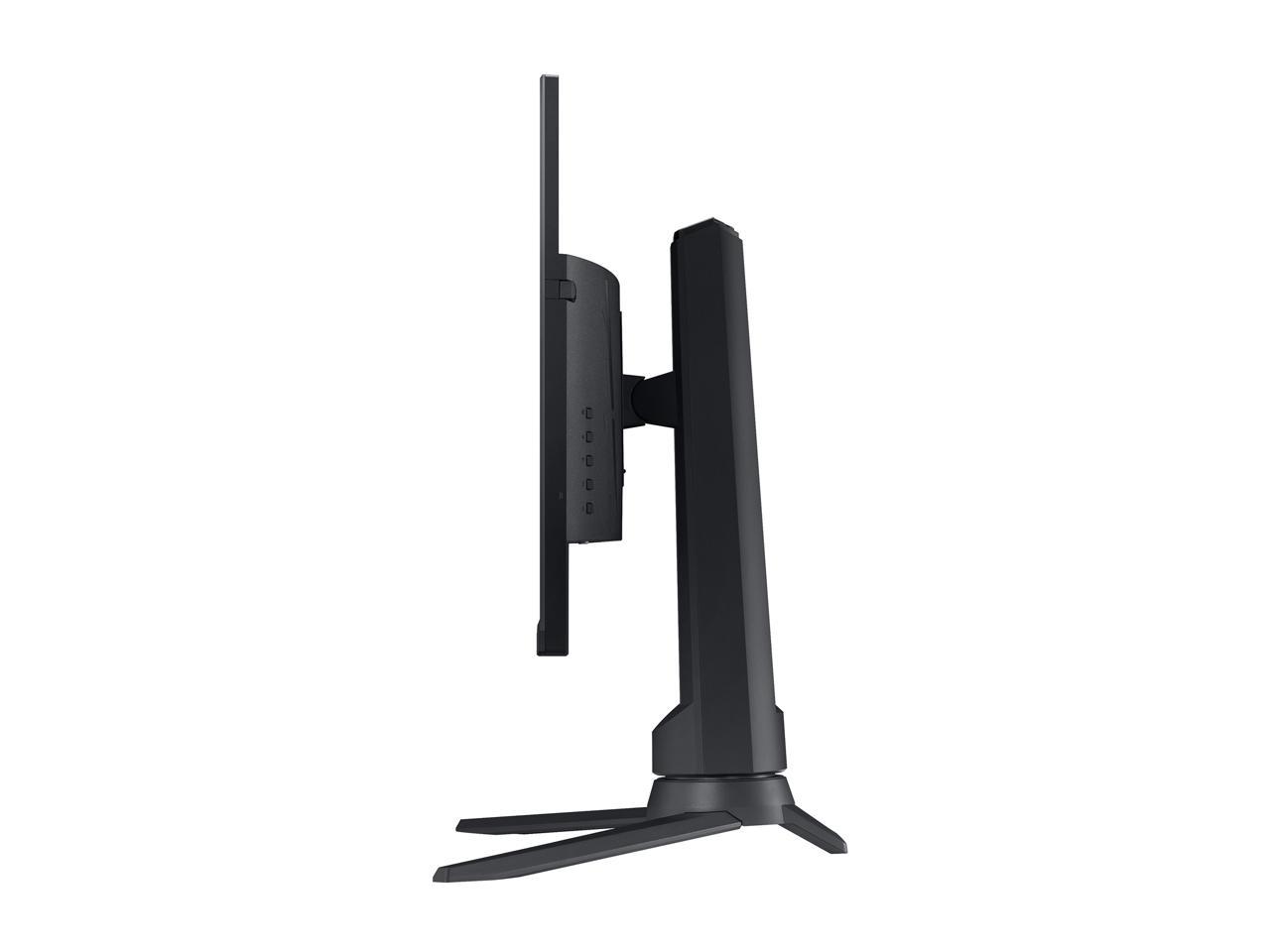 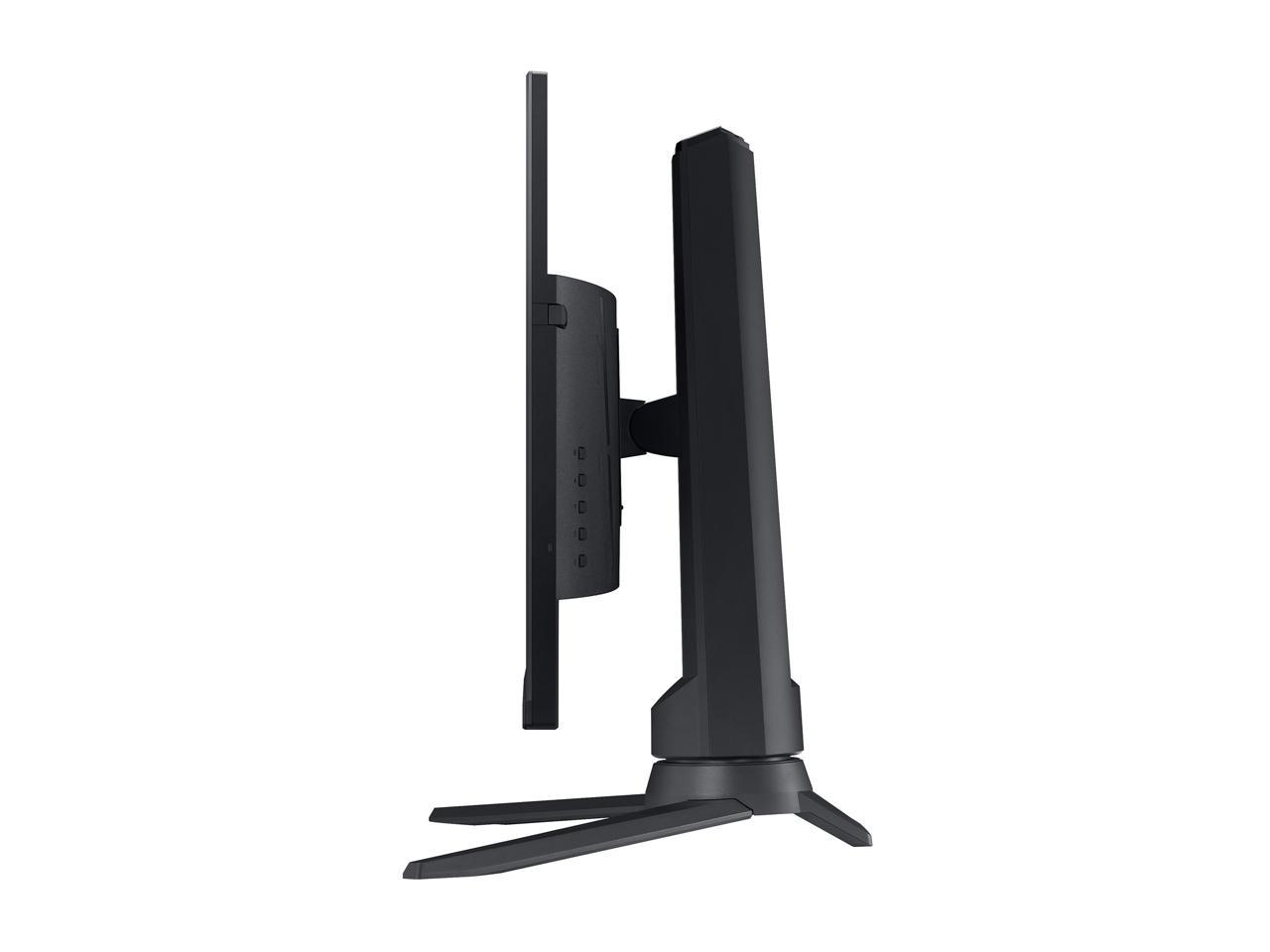 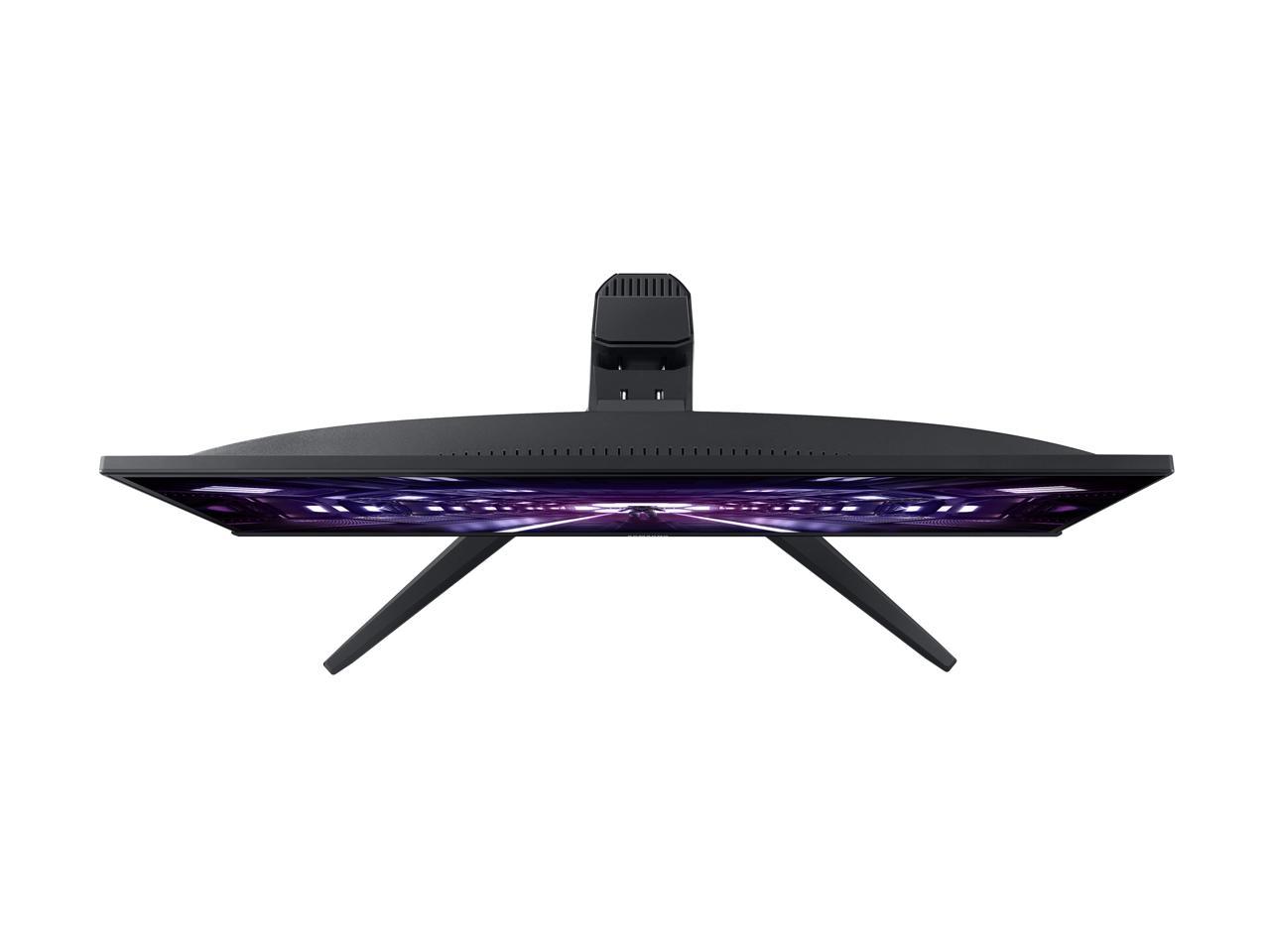 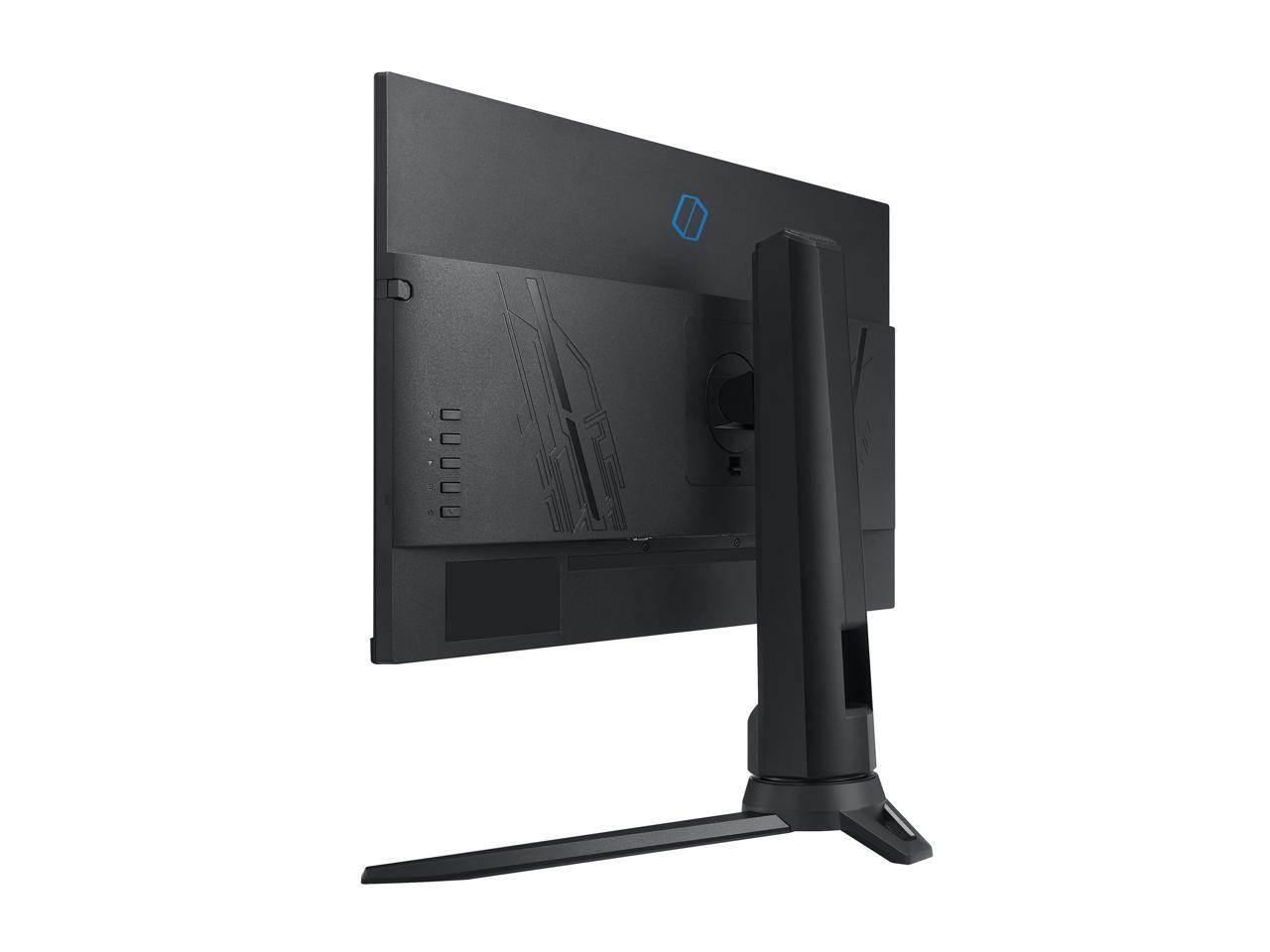 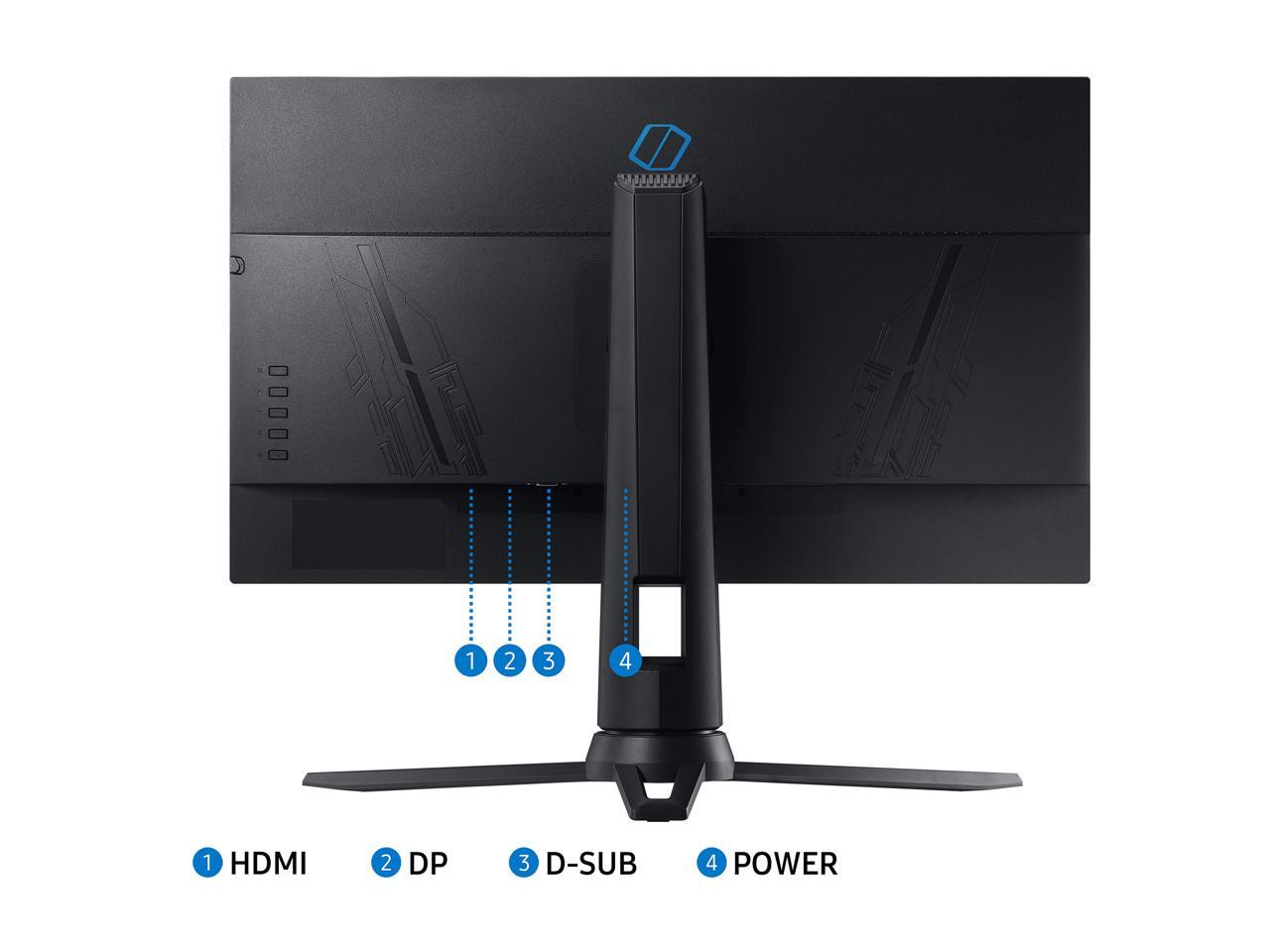 Make every move count with a 1ms response time. Jump on enemies as soon as you see them and stay ahead with precise mouse movements. Your on-screen performance is as swift as your own reflexes.

See your game your way

Reach the height of winning. Swivel, tilt, and adjust your monitor until all enemies are in perfect view. Your display can be moved freely so you can find total gaming comfort.

Your legacy has no boundaries. The 3-sided borderless design unveils maximum space for bigger, bolder gameplay. Line up two displays precisely in a dual-monitor setup, so no enemies slip through the crack.

Learn more about the SAMSUNG F24G35TF

Pros: -Great color right out of the box -240 Hz -Curve is immersive

Overall Review: Clicked 4 eggs but only because of the logo which is kind of annoying. Other than that it is beautiful.

Pros: -Great color contrast! I have a samsung 32" C32HG70QQN and chose the G7 as my second monitor with main use for entertainment and work and the G7 blows the C32HG out of the water! -240 hz the first of it's kind to be 32" and man is it smooth and beautiful when you have media that can max it out. I have a 2080Ti but of course most modern games won't reach past 120 but games like league of legends, Cs Go and Rocket League are jaw dropping in performance and would use no other monitor. -It just looks great and doesn't scream GAMING MONITOR! which is a plus.

Cons: -PS4 cannot detect that it goes past 1080p you have to use supersampling instead unfortunately but the Xbox One X works fine in detecting a higher resolution, my C32HG on the other hand does work at a higher res on the PS4. -only 1 HDMI port, I hope you like Display ports! cause that's what this monitor has the most of and is the only way to run at 240hz. -It is expensive! if you really aren't too big about having 240 hz or have a machine that won't reach such a frame rate especially at 1440p just get the C32HG70 which is almost half the price but still gives you a curved, 144hz 1440p display.

Overall Review: -I think this is one of the best monitors on the market that money can buy but is not the best bang for your buck if you aren't a die hard gamer with a solid machine that can take advantage of it's amazing framerate, and if you're a console gamer who was more into have a monitor that acts as a multi-device display for also a computer you are better off getting a tv with a decent pc mode or the C32HG70. -Do I regret my purchase? Absolutely not again it is one of the best monitors I have ever used and will be using it for a very long time!

Pros: Takes a phillips head screwdriver and the black plate is the vesa mount, its not needed if your are mounting the screen to the base stand, and the plastic circle part comes apart with a good pull apart in firm opposite directions.

Cons: This monitor is no joke taking up desktop real estate. A spark of a button, some ozone and it bred forth a picture as clear as day as butter smooth as anything. No tearing with my nVidia 2070 Super played cyber punk did a stress test and played thief 2016 for fun.

Overall Review: This is perfect for the 2000 series, the crazies fighting over the 3000 series are going to hold for the 4000 stuff. Maybe someone wants a 4k experience but to be honest 4k and above is a waste. 2k is perfect for my needs and I won't go higher until 8 to 10 years from now when 8 k is cheap and 16k is mid range. Its getting out of hand!

Cons: Not really a con but read the following. Im on a 1080ti. I did have flickering problems. If you have this update the monitor to latest firmware (requires a usb stick) Second theres a setting "VRR" which must be turned on. Theres plenty of YT videos that explain this in depth, it fixed my issues. Monitor is deep, I got a new desk with 28 inches of depth to use this monitor without it being in my face, previously was using a desk of 24inches of depth.

Overall Review: Excellent panel, I love it. You will see some screen flicker if you alt tab out of a game. I believe this is because the monitor is dynamically adjusting to the viewing environment. When you play a game it kicks in the higher refresh and response.

Pros: the monitor works very well and it's very clear for the most part.

Cons: My only complaint is with a flashing light in loading screens on multiple triple A titles with adaptive sync on, works just fine when they get in game past loading without any flashing issues. League of Legends on the other hand seems to disagree with adaptive sync and does flash in game. Since it happens in loading screens on other games and League in game, I know it's not an individual game issue. I do believe it's going to need to be fixed with a patch to either g-sync or adaptive sync at some point.

Overall Review: I'd recommend this product after the adaptive sync is updated.

Pros: Easy to setup and install. Amazing picture and color. Great monitor at a great price

Cons: Need firmware update to make it work like it should and not have weird issues.

Overall Review: Great monitor. Cant beat it for the price. Was worried at first because half the screen would be darker than the other half until I turned it off and back on. After doing the firmware update, I've had absolutely no issues. Picture and colors look great. Worth the money for sure!

Pros: Needs no additional tinkering with the settings, perfect out the box.

Cons: Slight flickering in loading screens, quick google search about the problem and it’s solved after a download from Samsung’s site.

Overall Review: This monitor is amazing. If you’re looking to buy it, do it. Don’t let the flickering problems scare you from it, it’s such an easy fix. I would recommend anyone this monitor that’s looking for a much more crisp, clean picture.

Cons: None for now