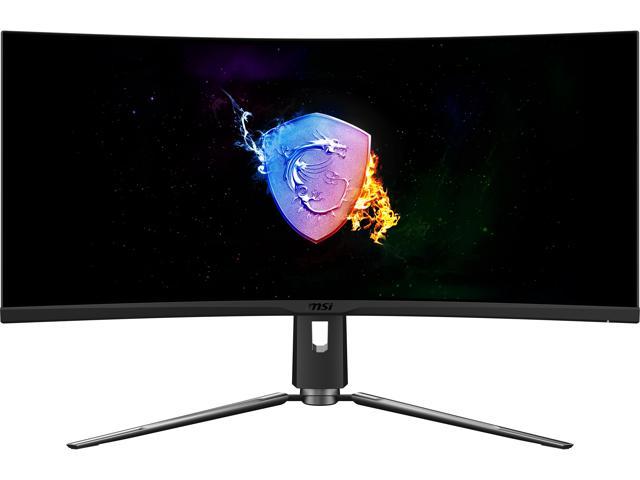 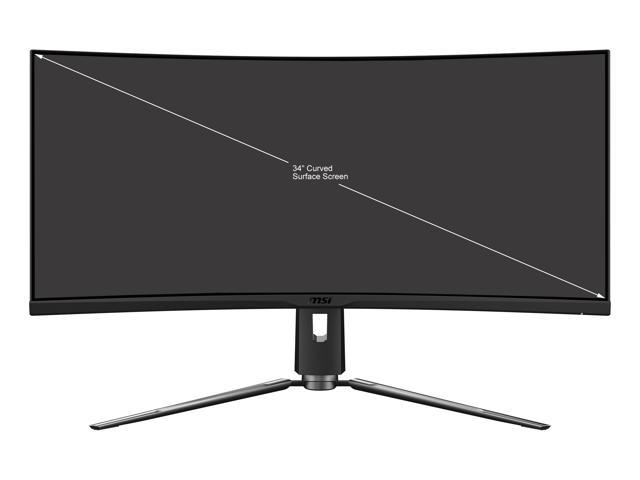 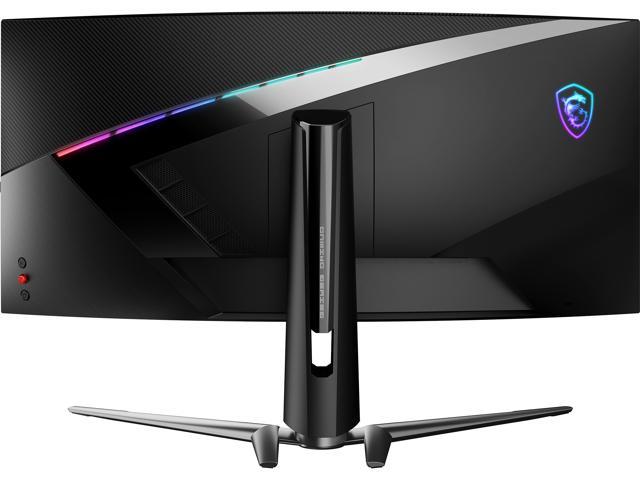 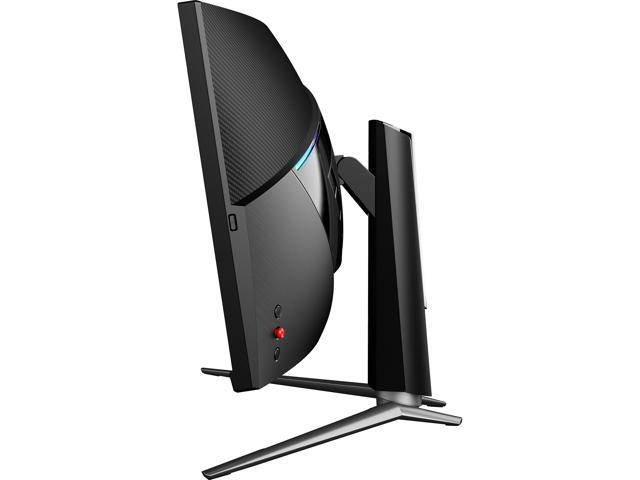 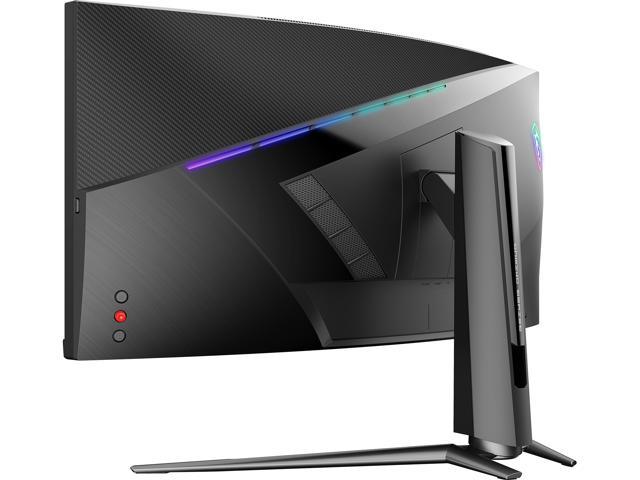 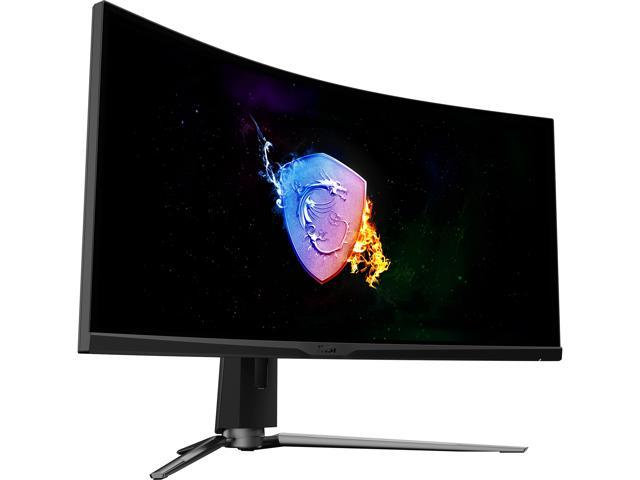 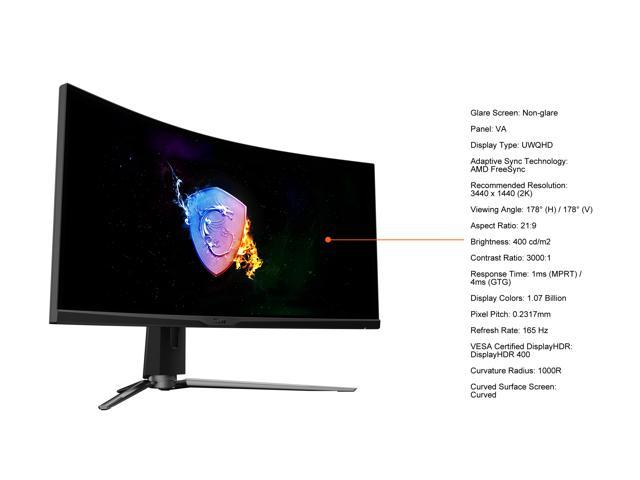 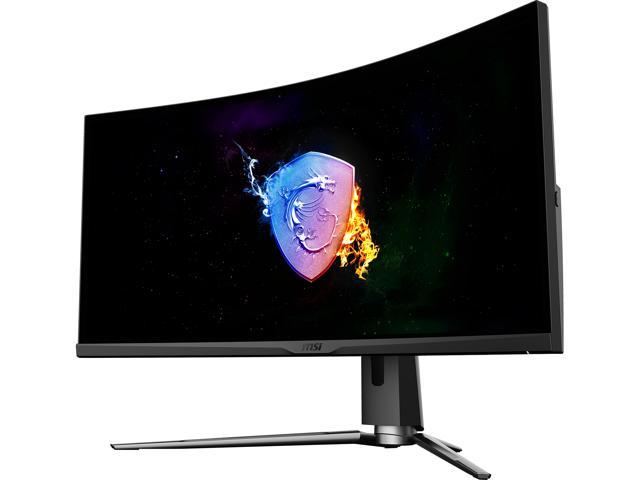 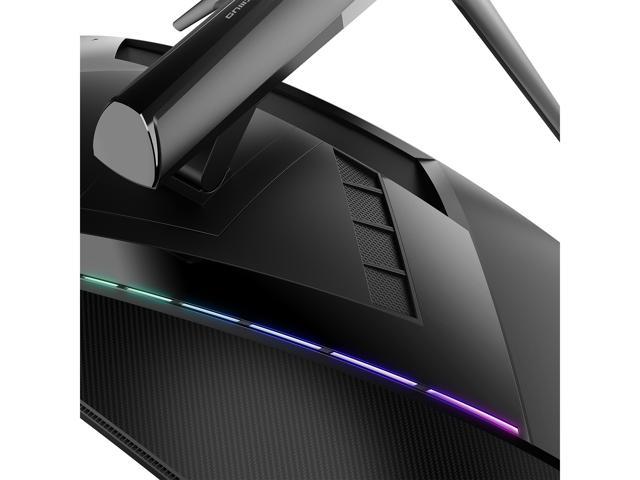 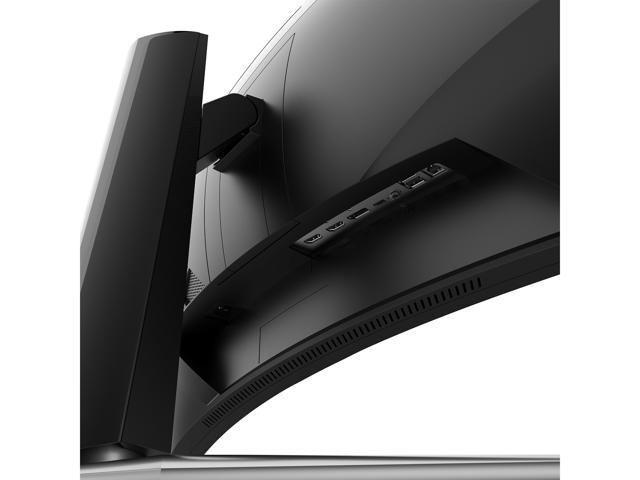 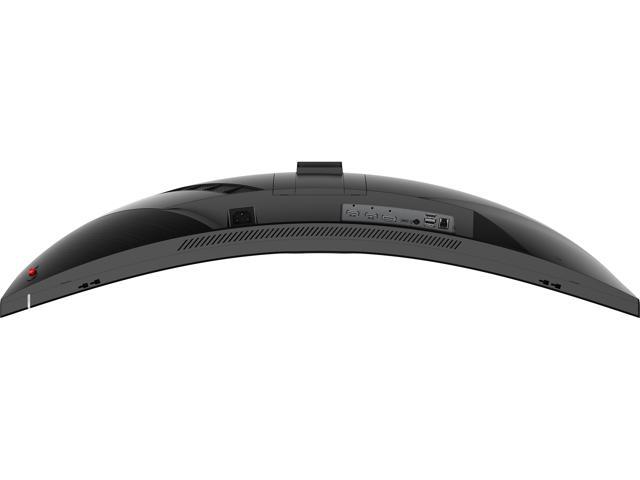 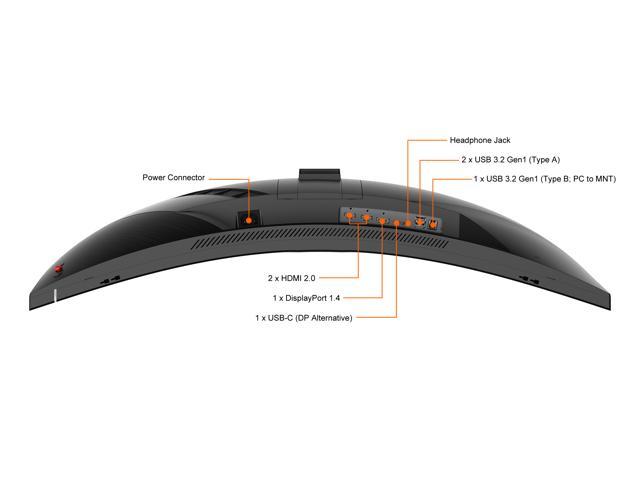 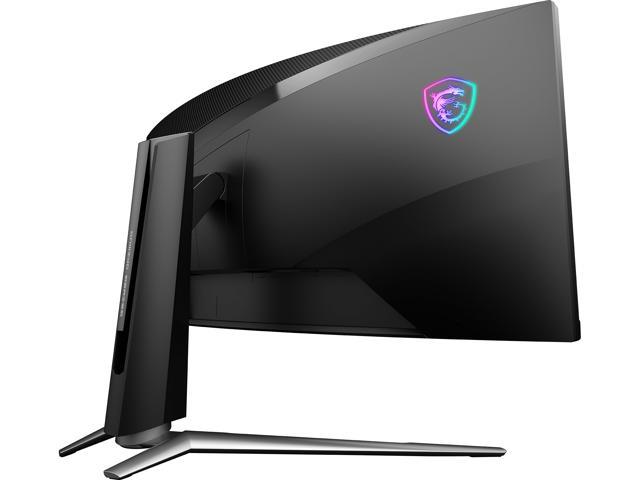 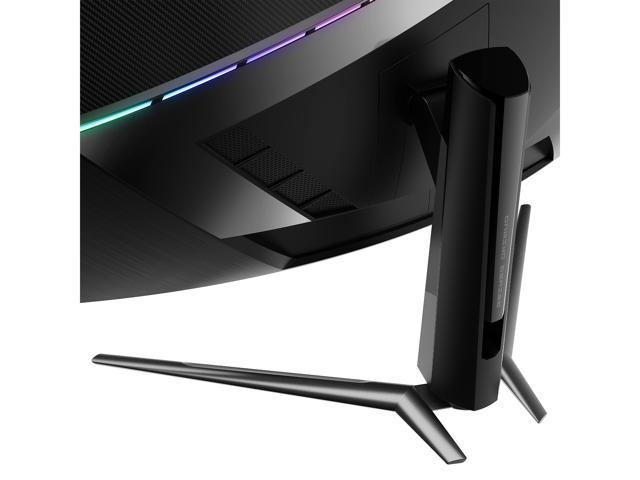 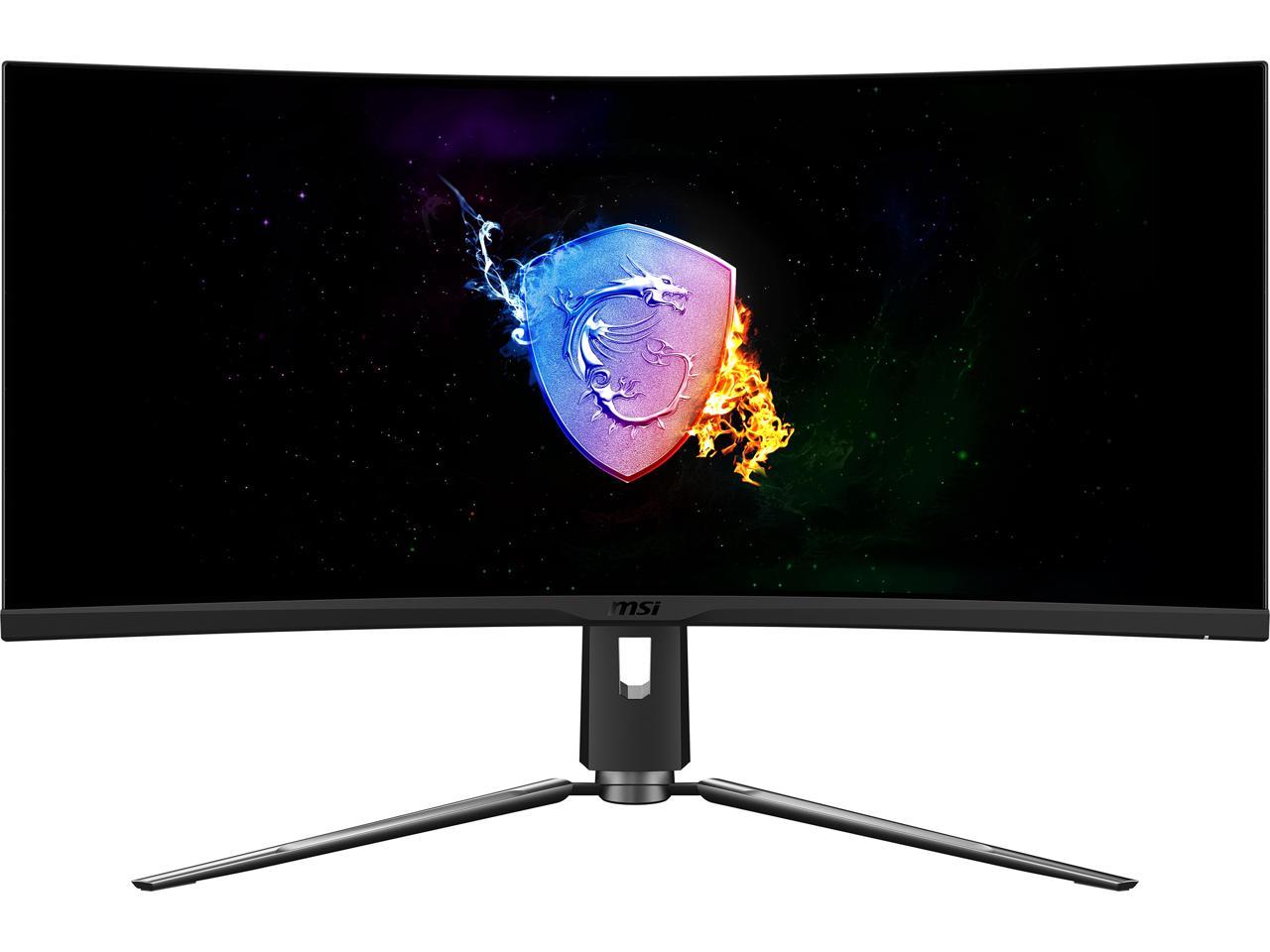 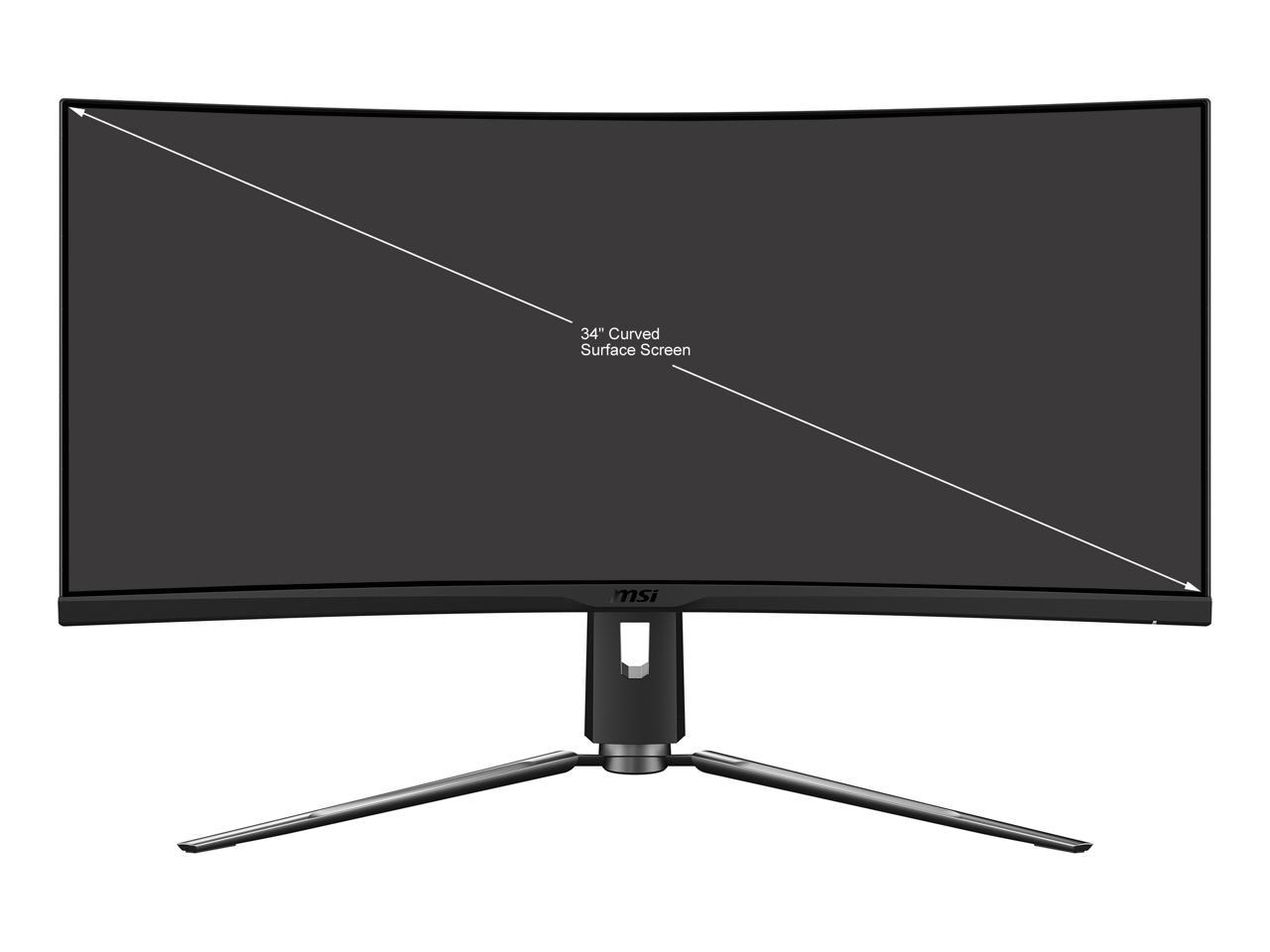 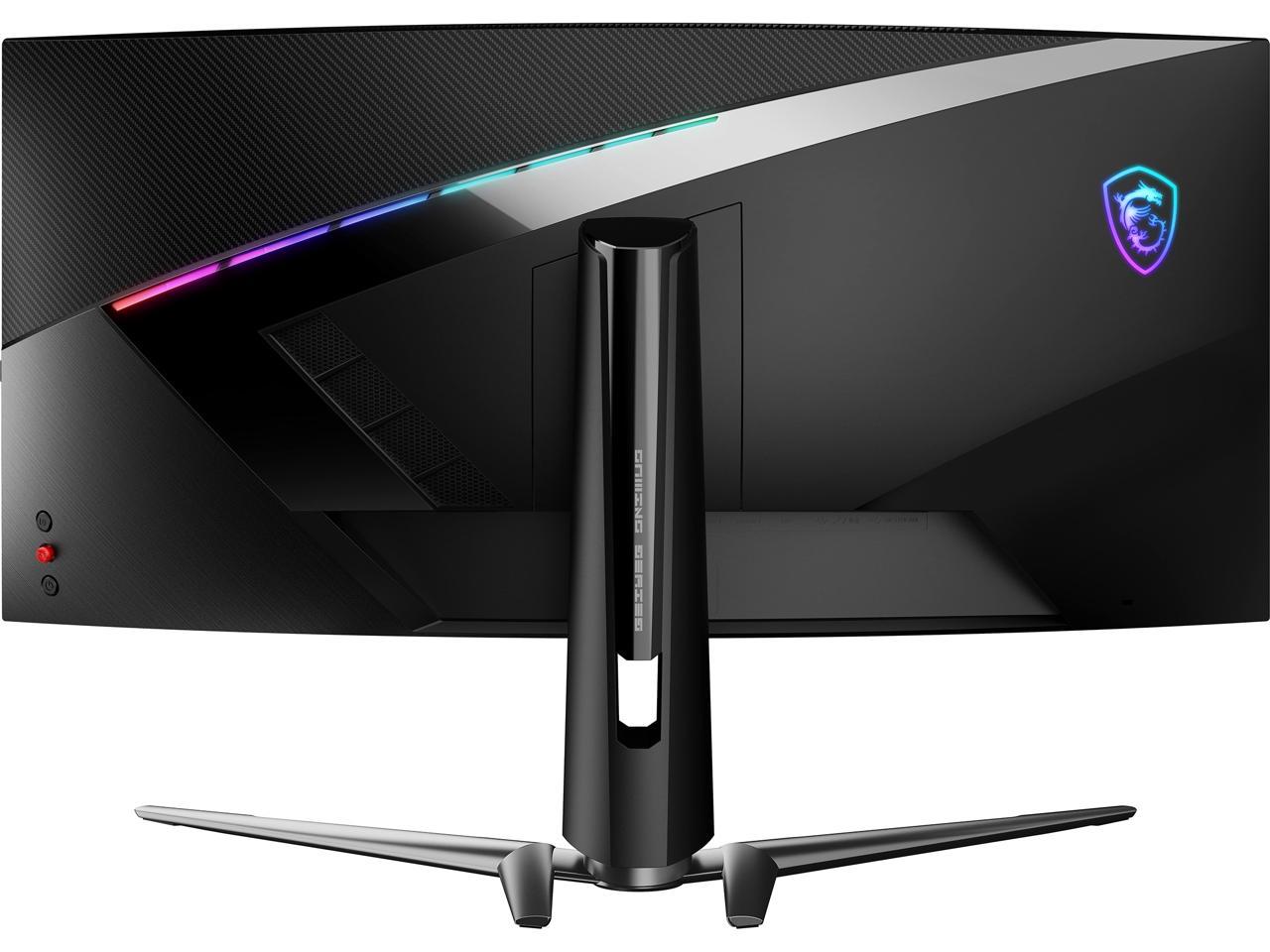 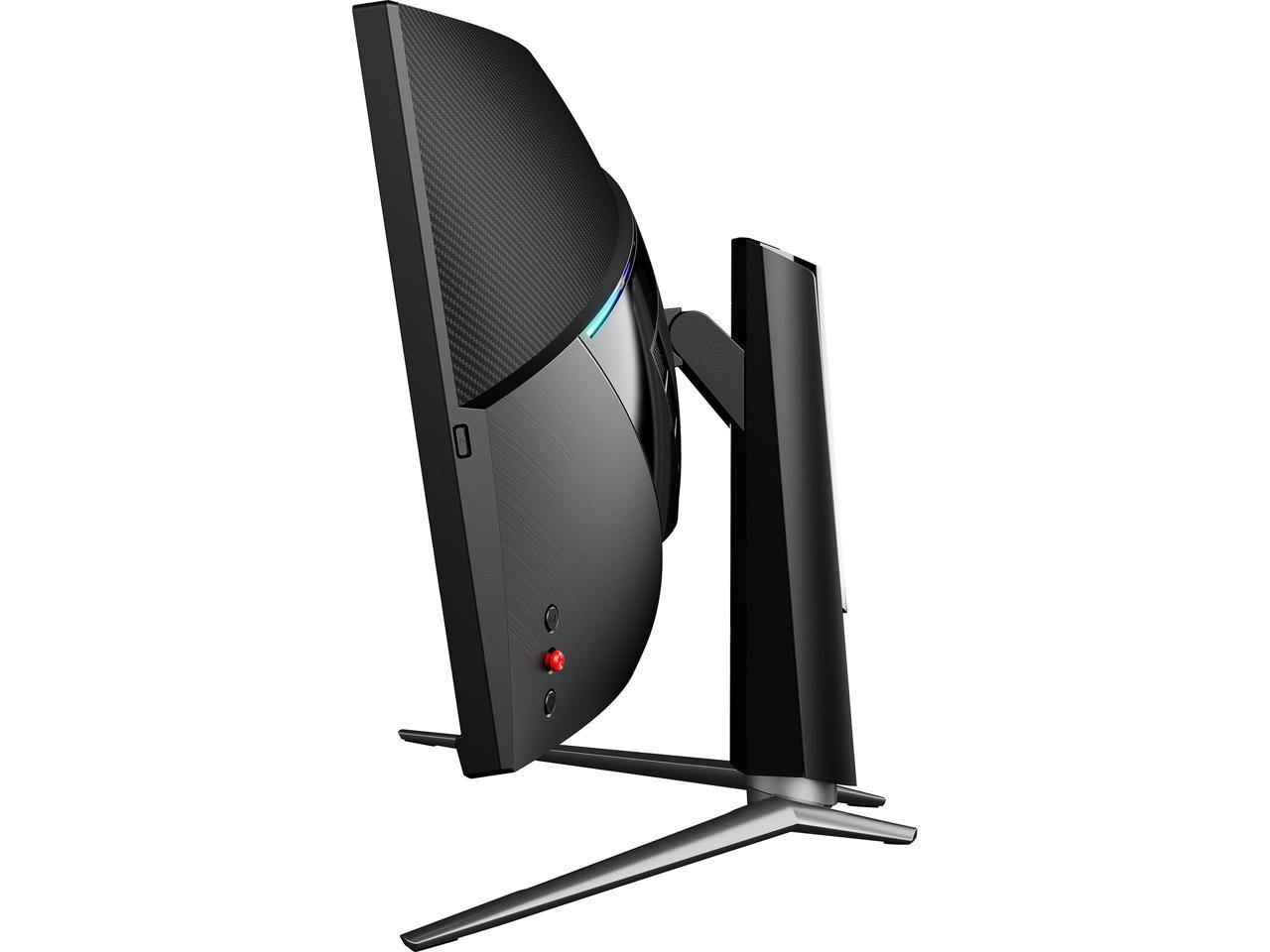 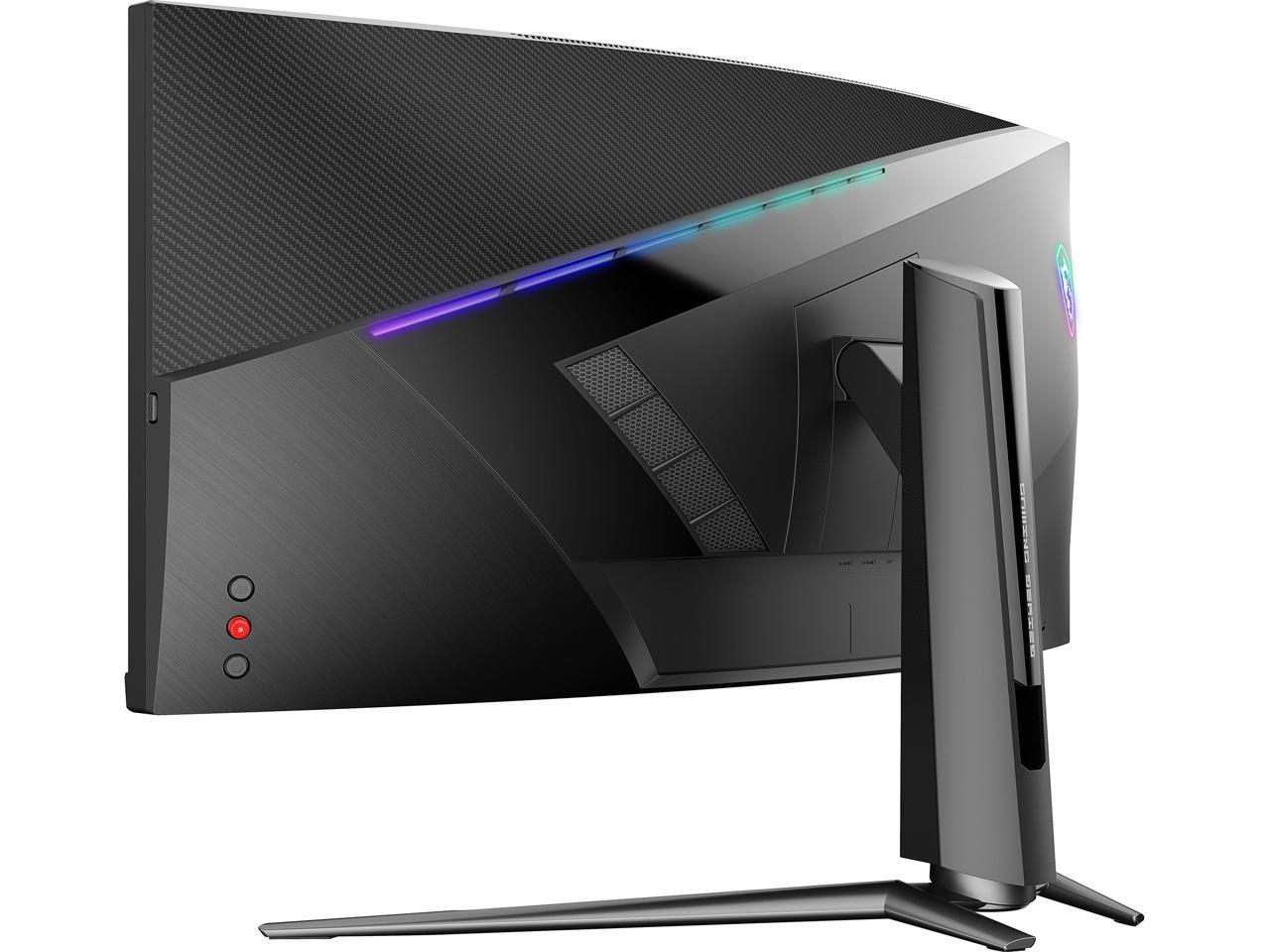 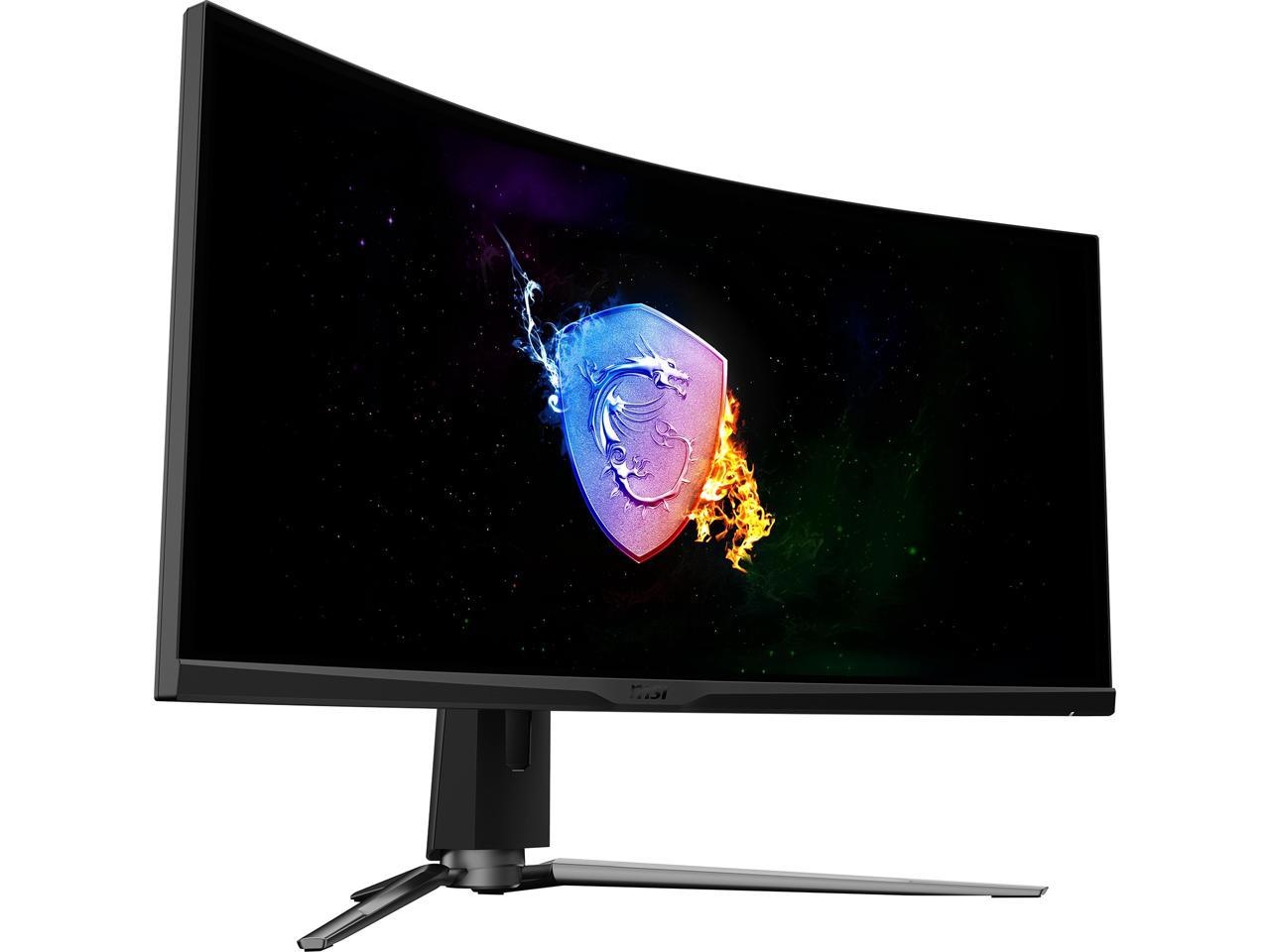 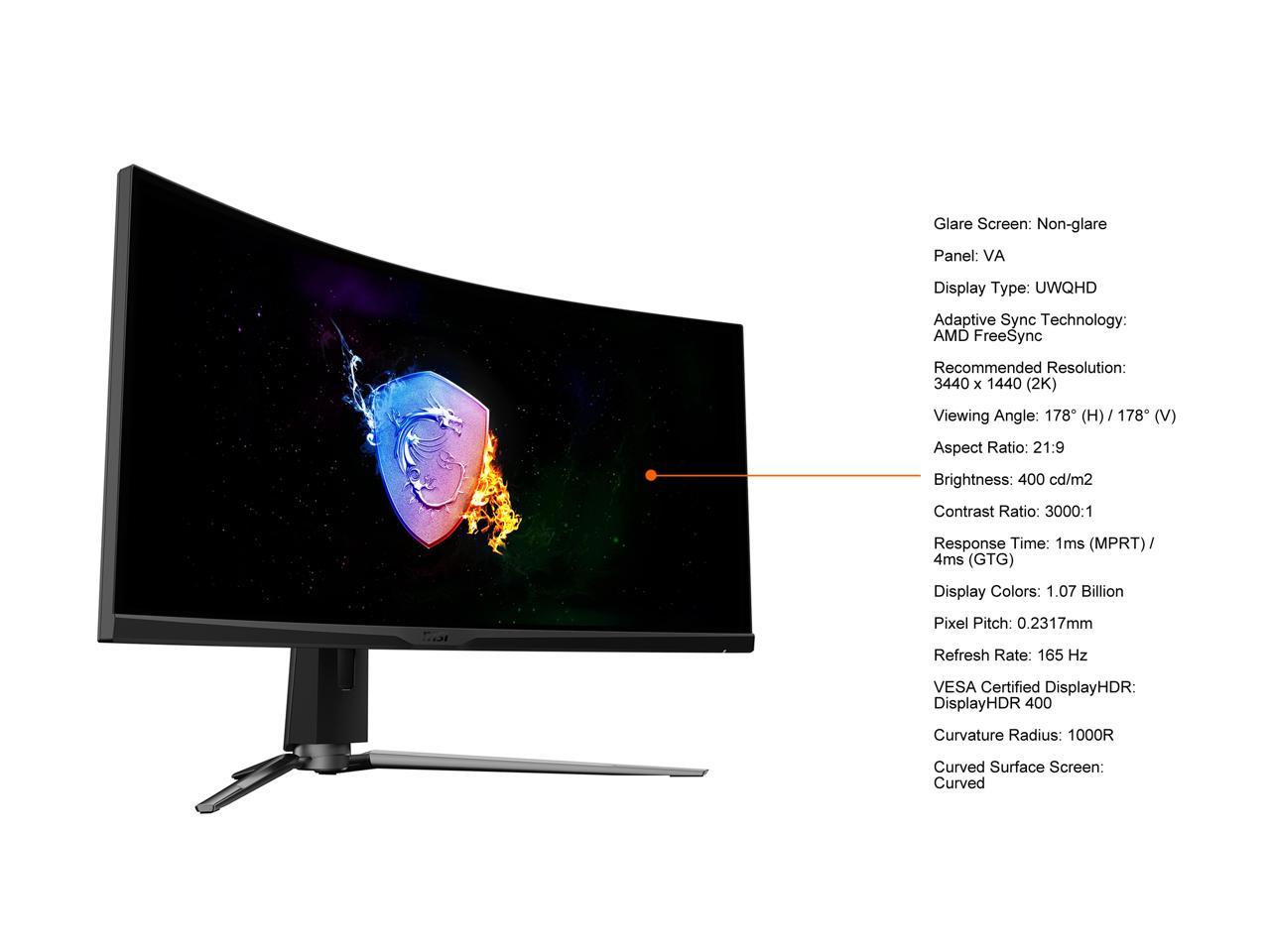 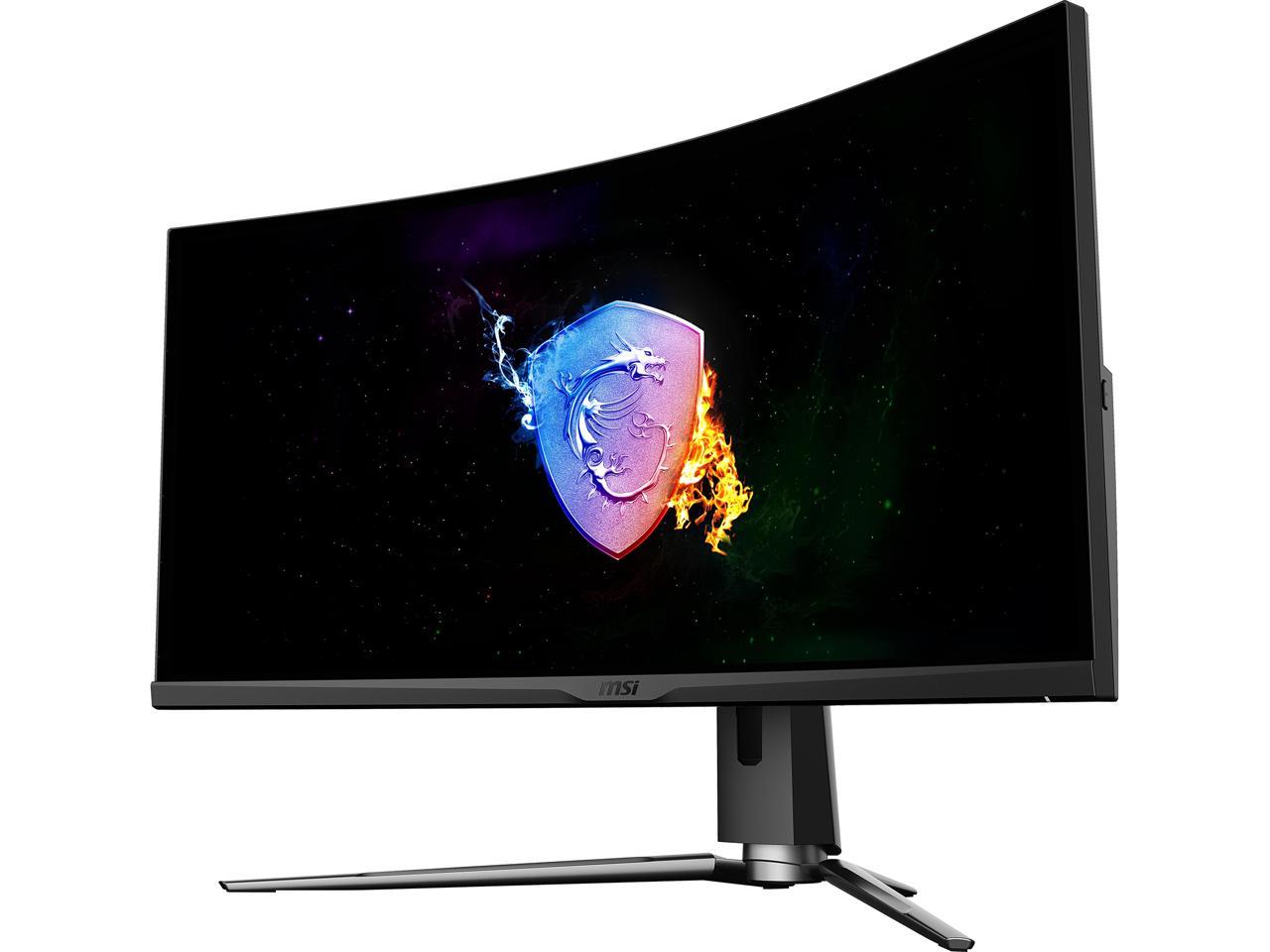 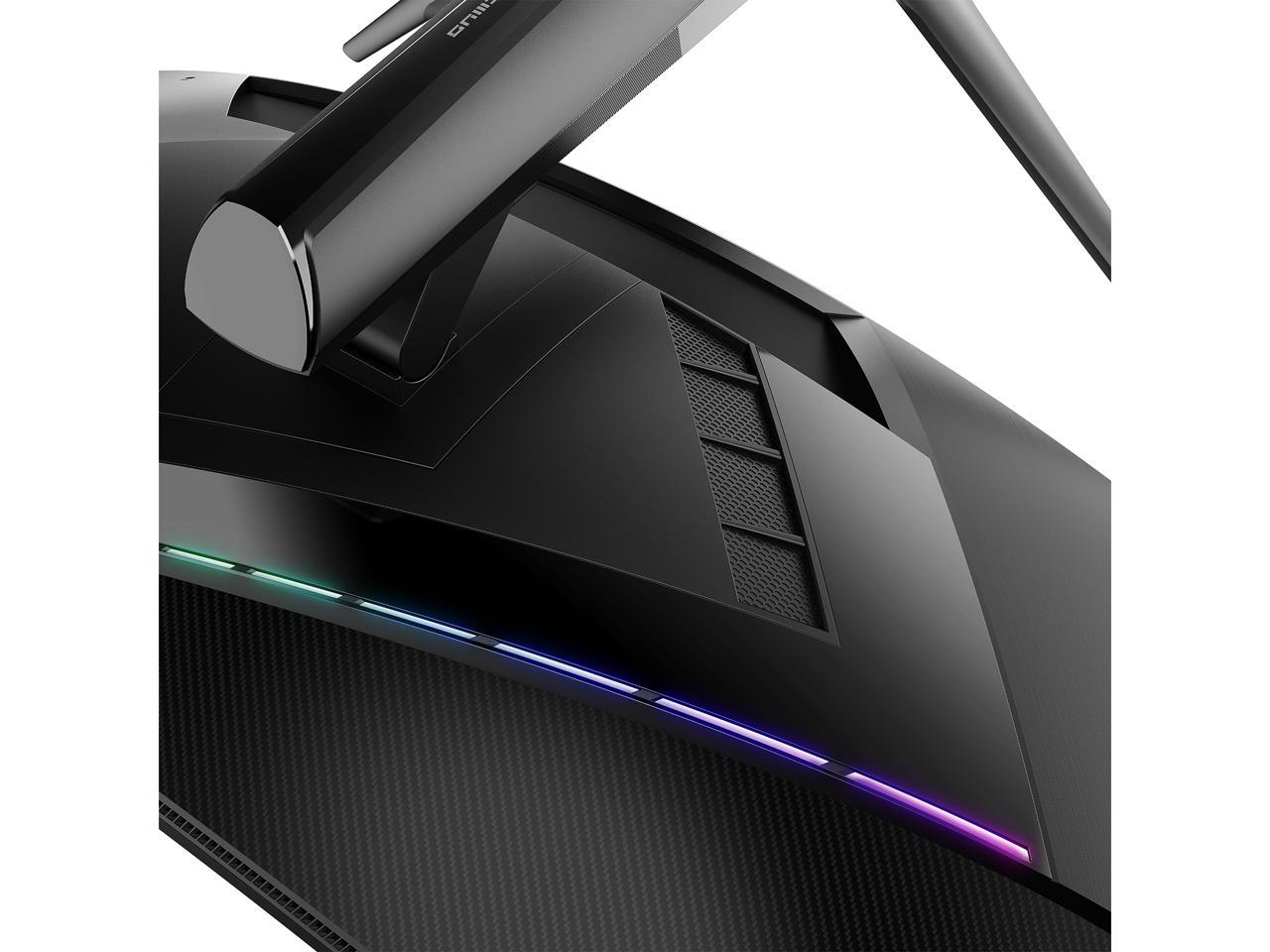 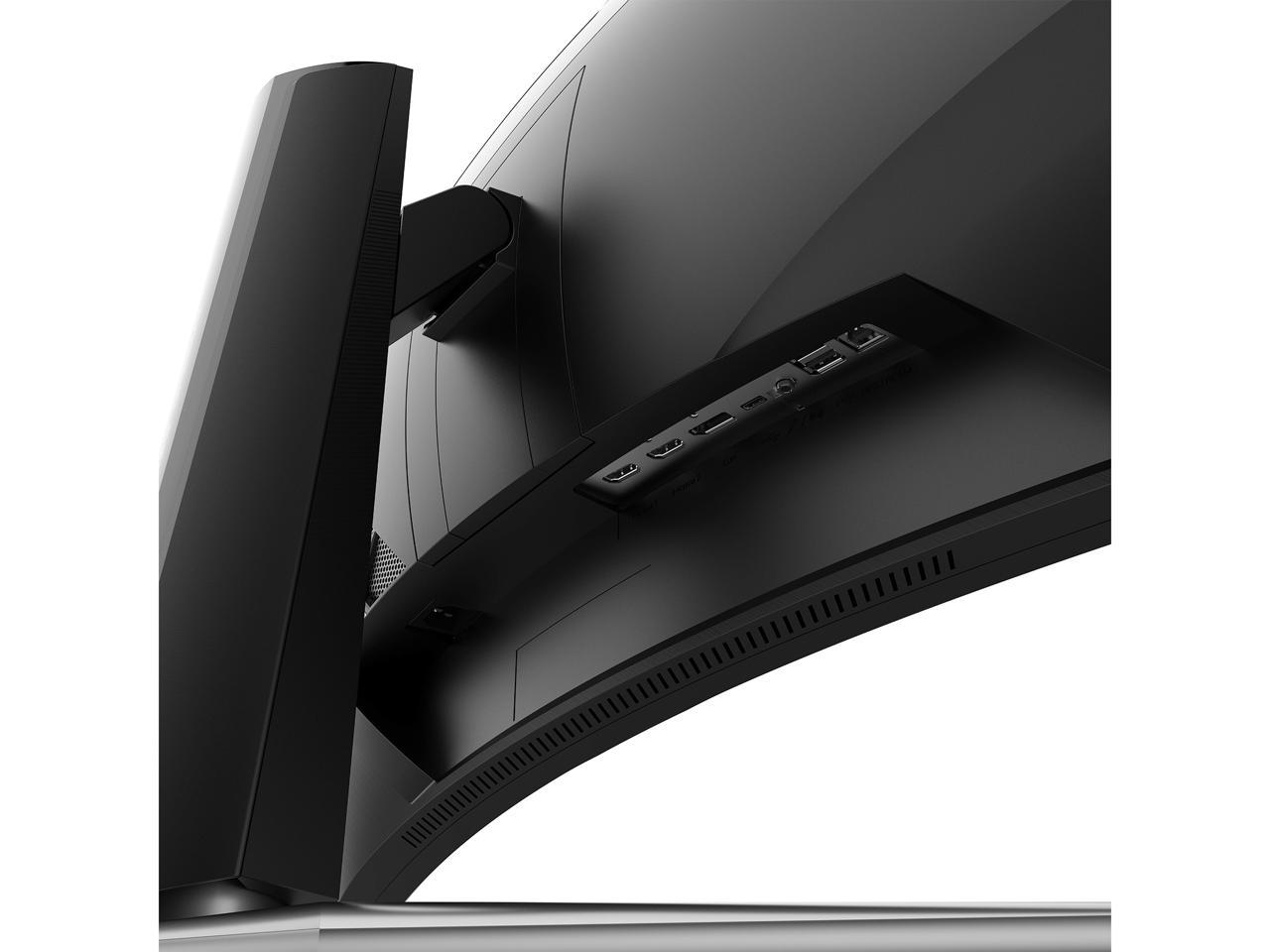 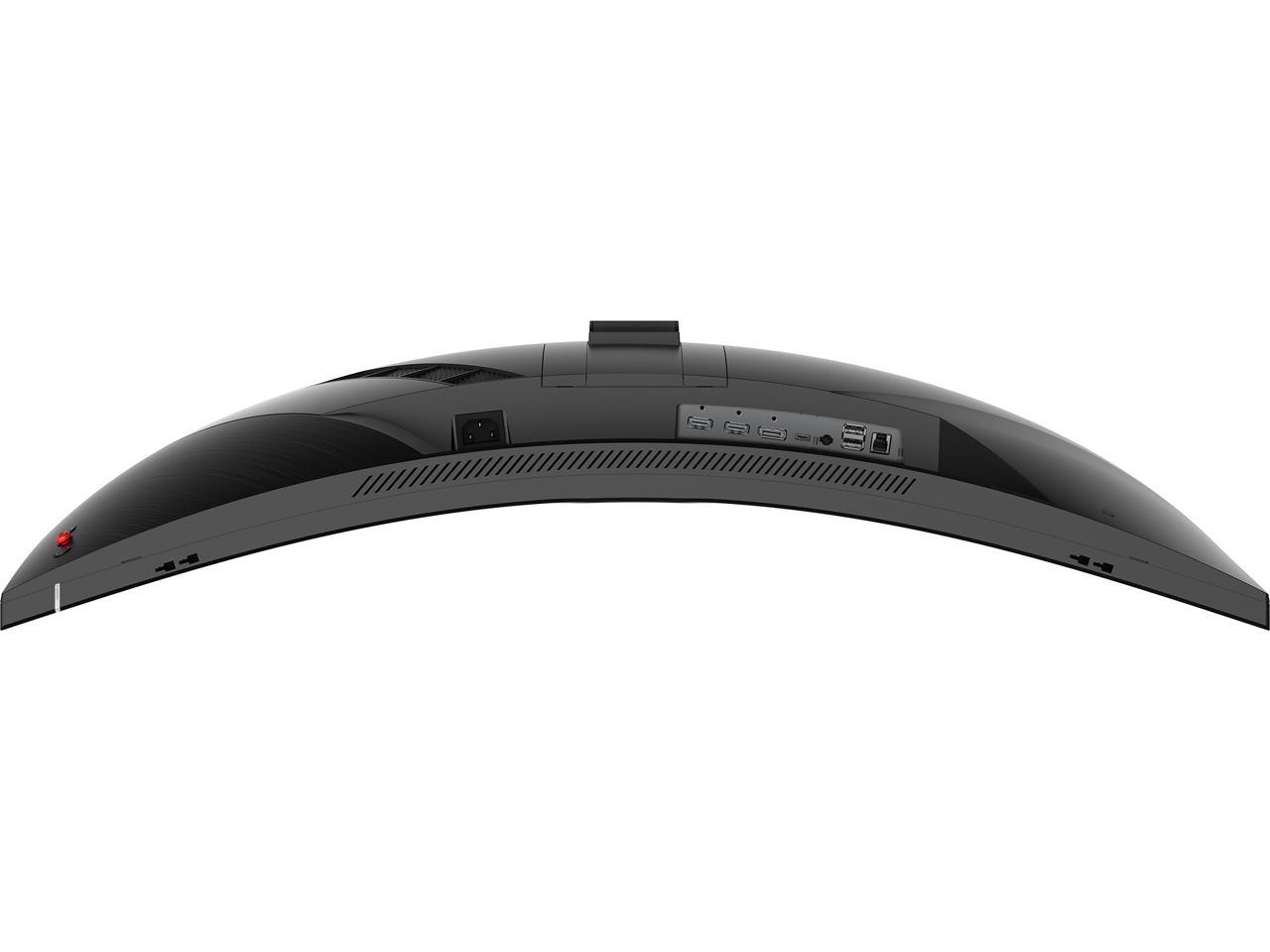 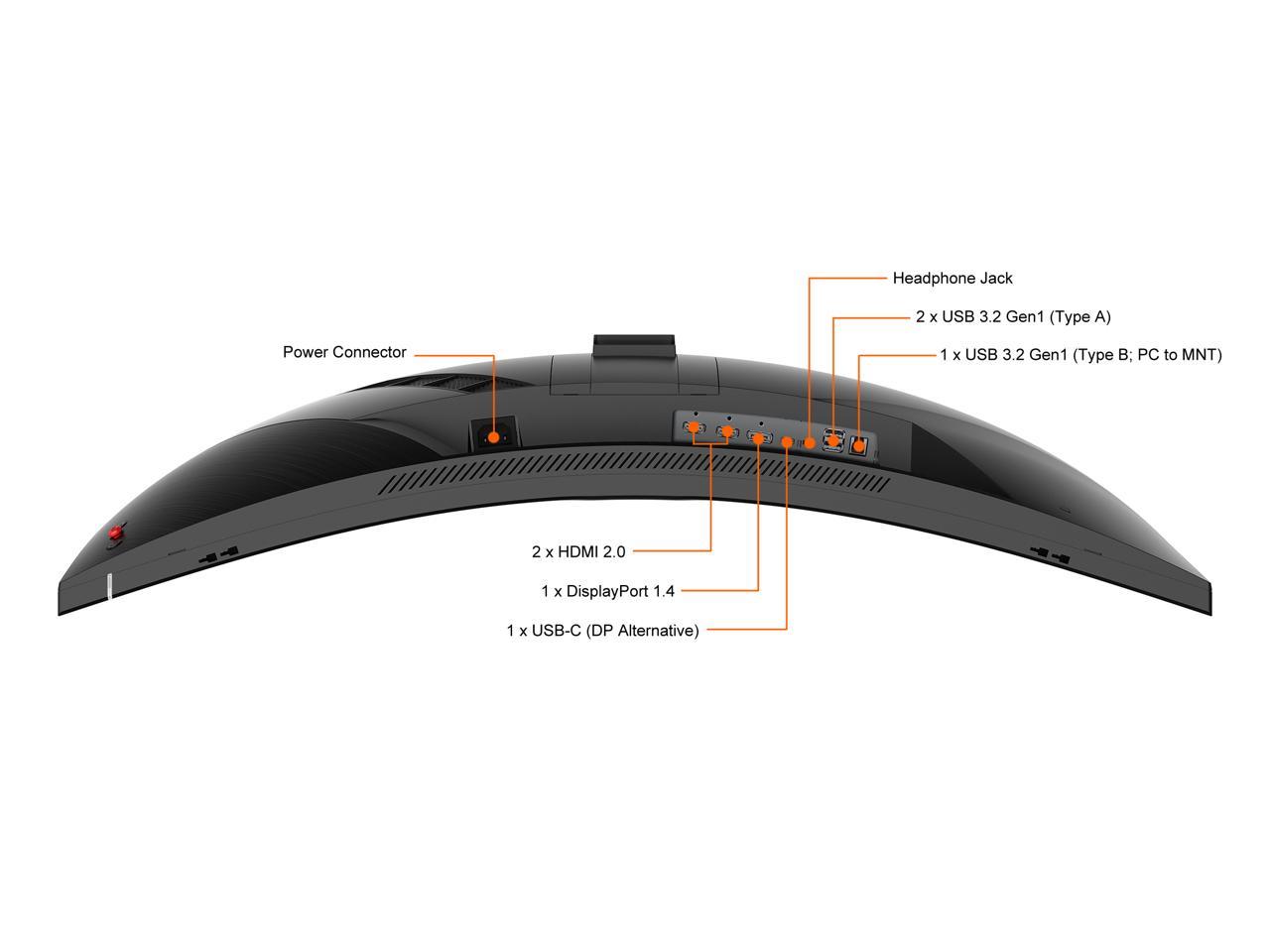 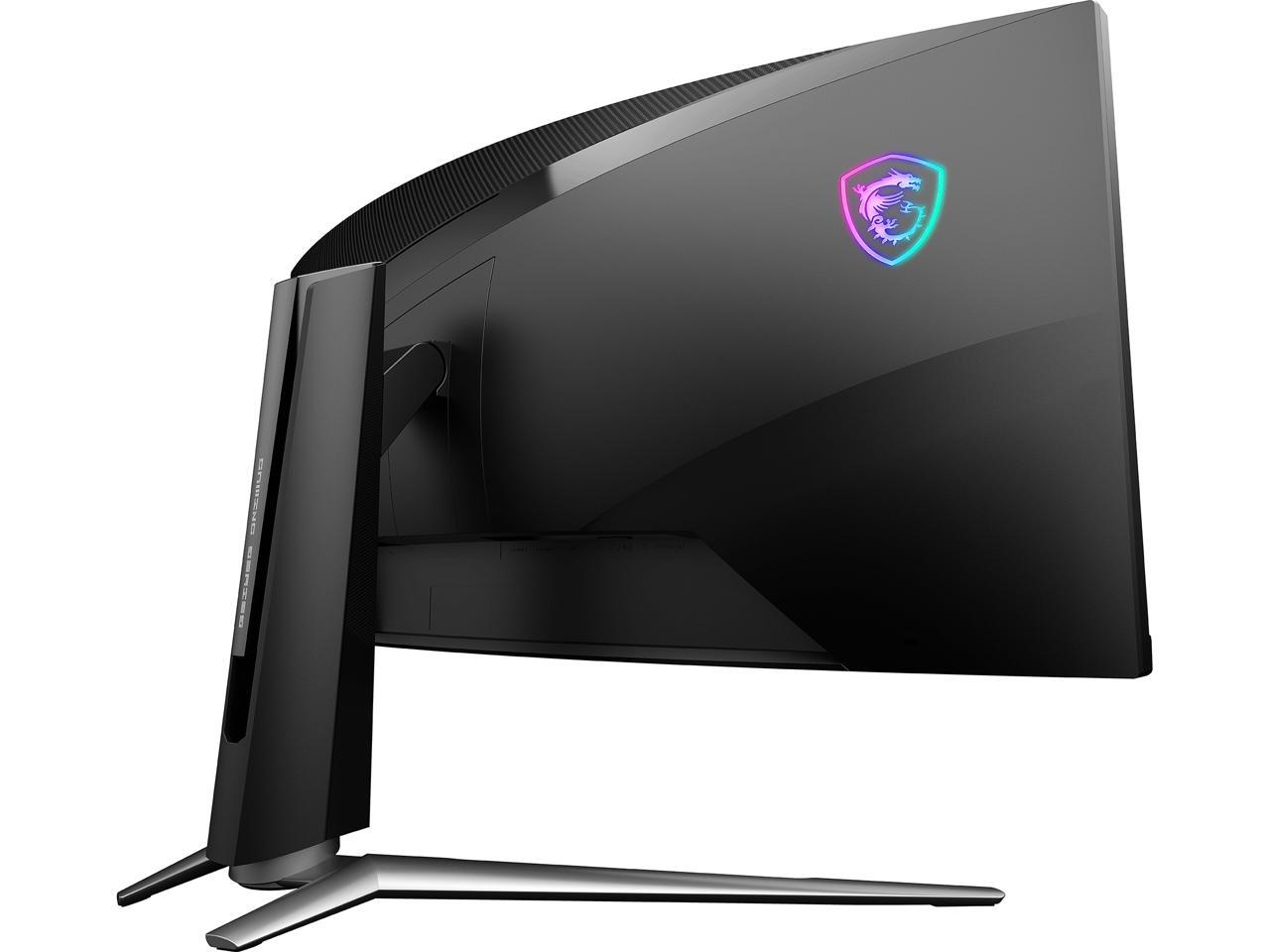 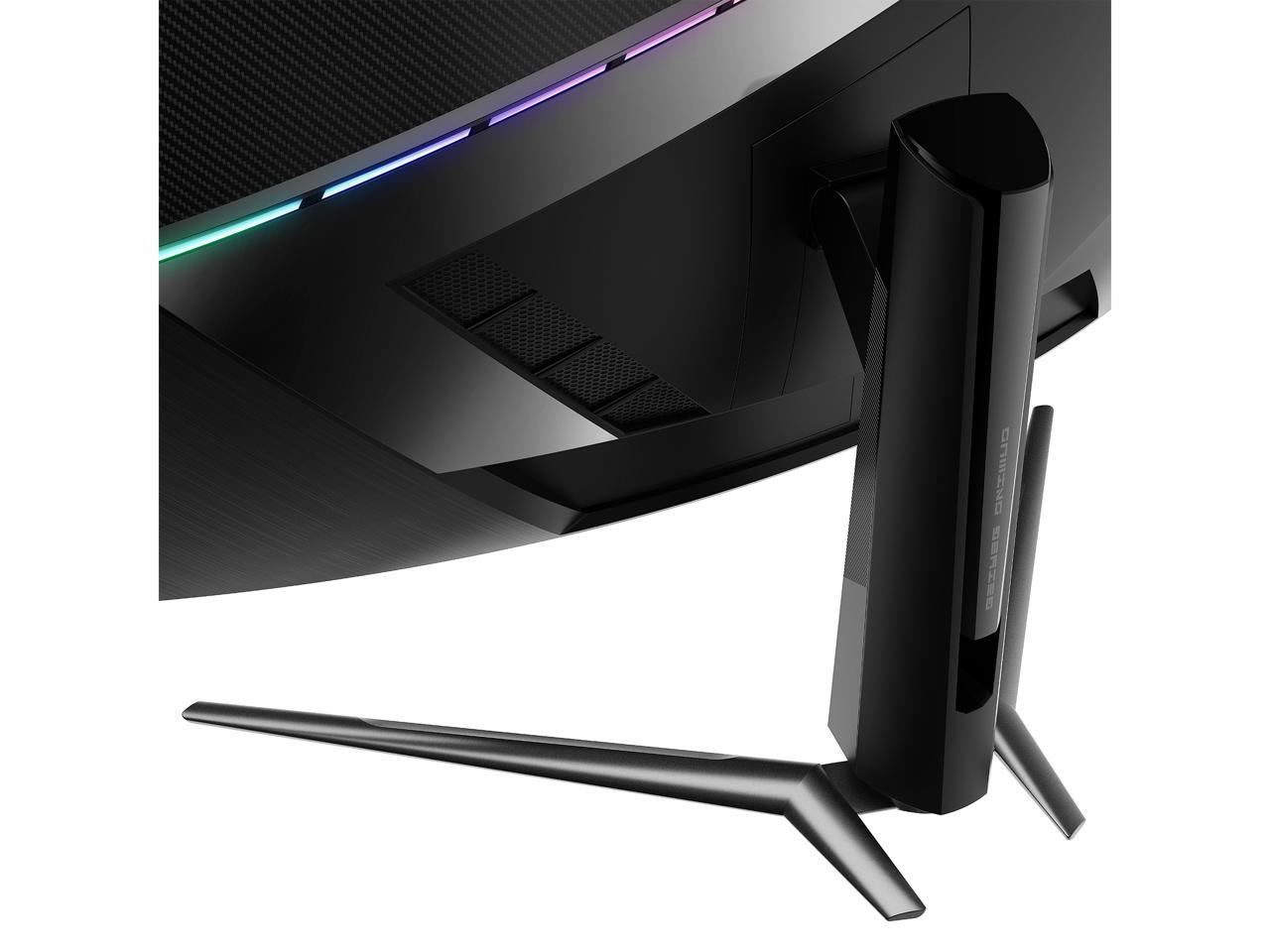 A screen that best matches the curvature of the human eye

MSI ARTYMIS Series adopts the new 1000R curved surface technology, creating the perfect curvature that's closer to the viewing angle of the human eye and reducing the eye fatigue caused by long-term use of the screen. At the same time, it enhances the sense of coverage and immersion, bringing a higher level of gaming experience to you.

see every moment at its clearest

MSI ARTYMIS SERIES MONITOR has a high-speed refresh rate of 165Hz, eliminating screen delay time and presenting an extremely smooth screen presentation. With a 1ms response time, users can respond accordingly in games such as first-person shooters and racing games and quickly win with one click.

To improve the users' experience, MSI designed a series of smart software based on years of professional experience in research and development of eSports and an understanding of the needs of players. Through smart gaming technologies provided by MSI, including SoundTune, Optix Score, Smart Cross Hair, players can have a better gaming experience.

* Images has been processed for advertising purposes.

Snipe and kill your opponents before they can react. The built-in aim magnifier provides eight-stage zooming with shortcut keys to quickly switch the magnification. Additionally, the mouse DPI will also automatically reduced at higher magnification. The screen can maintain the operation so that no matter what weapon is used, it can become a sniper rifle and attack enemies from miles away.

* Images has been processed for advertising purposes.

Through AI calculation, the aim dot automatically changes color, making it visible at any time. If the color of the aim dot overlaps with the background color, it will be problematic for aiming. The MPG Artymis 343CQR uses AI to calculate the color around the red dot and automatically adjusts it to a color that contrasts with the surrounding colors to ensure that you can always see your aim dot.

In addition to the range of colors, color accuracy is also very important. The MPG Artymis 343CQR can store the hardware-corrected color value and maintain a consistent color display on whichever device you're using.

MSI MPG ARTYMIS 343CQR is the first gaming monitor to introduce HDMI CEC (Consumer Electronics Control) function. After the built-in HDMI CEC technology is connected to the PlayStation or Switch controllers, the controller can be used to wake up the screen with different modes that can be adjusted for different devices.

MSI ARTYMIS 343CQR can update the firmware through a USB connector, which is simple and easy to use. This allows users to update the firmware on their own at any time when the latest version is released by MSI. This ensures that the screen is always in the best-optimized state.

Learn more about the MSI 343CQR

Pros: Crisp clean rich colors, 1000R curvature makes it very immersive. Other reviewers say dont buy this for competitive gaming but I had no issues on COD with 143-165fps once tuned correctly with my gpu. Had a G5 Samsung 34 and returned it for this one and what a difference!

Cons: I like brightness high on gaming but you start too loose picture in the text so you have to sacrifice one for the other. Once you turn down the brightness so you can see the text better, but then the screen seems a little dim for my liking. Also wish the magnifying crosshairs can be smaller. The smallest setting seems too big for me and the other medium and large settings are overkill.

Overall Review: Highly recommended, Ive had other MSI monitors and loved them. Only issue was shipping. Something was rattling inside my monitor but works fine. I might exchange it for a new one.

Cons: Headphones stand felt flimsy so I just left that in the box.

Overall Review: Loving this so far. Upgrading from an LG 34 inch 2560x1080 75hz model. I thought the curve was a gimmick bit it really does immerse you in games. Very bright and colorful panel.

Overall Review: I would buy again if I needed another monitor.

Cons: None of these are significant enough to lower the rating; more a personal preference than a lack of feature or quality. -Power and configuration buttons are awkwardly placed. -No user manual. -No Windows 7 Driver -Takes up a lot of desktop space

Overall Review: To start, I love this monitor and can't recommend it enough. Honestly, I was really hesitant about ordering this product. The curvature is extreme and I had no idea how it would look for general Windows, productivity software, or watching video/media. Very surprised and pleased with all three. I haven't run into any situation in which the curvature has been an issue. The picture quality is outstanding. Yes, it can be bright, but the software configuration allows you to do just about any kind of adjustment you want. The build quality is excellent. The screen tilts up-and-down and side-to-side, and rises and lowers. All you have to do is position it and it just stays put. Nothing feels cheap; feels heavy-duty and solid. No dead pixels. You have to strain to find any issues with picture quality such as bleed through. The blacks are deep. Very happy with the screen appearance You can't overstate how immersive this monitor is. And that applies to every kind of game I've tried, including some old adventure games such as Myst, which has pre-rendered scenes. It just feels like the environment is wrapped around you. Would be neat to have three of these; with this curvature that would just about make a half-circle. The power and configuration buttons are located on the back of the monitor. I find that kind of awkward, but it means the bezel is small. They can be easily reached, but you're reaching blind. As the buttons are on the far right of the monitor (as you're looking at it), I think that wall mounting won't interfere with the ability to reach the buttons - but front-mounted buttons on the bottom of the bezel would definitely be better for a wall mount scenario. The feet of the monitor are almost as wide as the screen itself, and the depth is a good 14 or 15 inches, so be sure you have the space before ordering. The headphone stand is a "press and release and it pops out" set up. It's the only part of the build that feels as if could easily break. But it's handy and if you elect to buy a separate stand it hides away. Some have complained about the RGB in the back. Based on that, I was expecting it to be as garish as a neon sign or a spotlight. They aren't. In fact, the glow is from the lighting is soft. I have the back of the monitor about 15" from the wall, and there's simply no reflection at that distance. There was no manual or driver in the box. Don't know if that's standard or it was just an "opps" moment. Not a problem as both are available on the website. Just know that if you are still running Windows 7, there is no driver. Definitely NOT a reason to avoid this monitor. Exceptionally easy to assemble, and the hardware to attach to a wall mount is included. I was able to get this at a substantial discount through NewEgg, and it arrived quickly. Would have been worth it at full price. I'd buy again.

1 out of 1 people found this review helpful. Did you?
Manufacturer Response:
Dear Frank, Thank you for sharing your experience with the MSI MPG343CQR monitor! We greatly appreciate that you took the time to review this monitor and are glad to hear that you are enjoying your experience. If you ever require technical assistance, please feel free to contact our technical support department directly at 888.447.6564 from M to F, 9am to 6pm Pacific Standard Time. Thanks for choosing MSI! Best Regards, MSI Review Team | usreview@msi.com
Mark L.
Ownership: 1 week to 1 month
Verified Owner
A very nice monitor8/2/2021 6:22:33 AM

Overall Review: I have only had this monitor for 2 weeks but it's all I'm looking for. The picture is beautiful and super smooth for gaming. So far I am very pleased which I guess I should be given the price but you get what you pay for.

Did you find this review helpful?
Manufacturer Response:
Hello Mark, Thank you for sharing your experience with the MSI MPG343CQR! If you ever require technical assistance, please feel free to contact our technical support department directly at 888.447.6564 from M to F, 9am to 6pm Pacific Standard Time. Thanks for choosing MSI! Best Regards, MSI Review Team | usreview@msi.com
Linwood H.
Ownership: 1 week to 1 month
Verified Owner
Great Monitor7/27/2021 10:11:06 PM

Pros: The 1000R curve is the most curve you can get in a monitor, I love it. The sharpness of the screen and brightness is outstanding. There are plenty of options for the display to cater to your liking. The power/options and control are on the back of the monitor so take a little getting used to remembering the location. Great monitor no complaints.

Did you find this review helpful?
Manufacturer Response:
Dear Linwood. Thank you for sharing your experience with the MSI MPG343CQR monitor! If you ever require technical assistance, please feel free to contact our technical support department directly at 888.447.6564 from M to F, 9am to 6pm Pacific Standard Time. Thanks for choosing MSI! Best Regards, MSI Review Team | usreview@msi.com
Peter S.
Ownership: 1 week to 1 month
Verified Owner
Love this Screen6/12/2021 2:48:09 PM

Pros: USB hub, audio out, displaypodt, hdmi and type c. All modern connections that are needed. Love that I can now hook up my newer game system in my office.

Cons: Wish there was two more usb parts and another displayport.