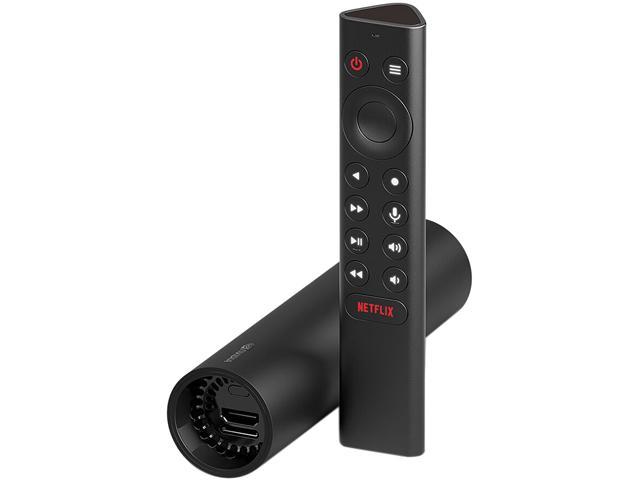 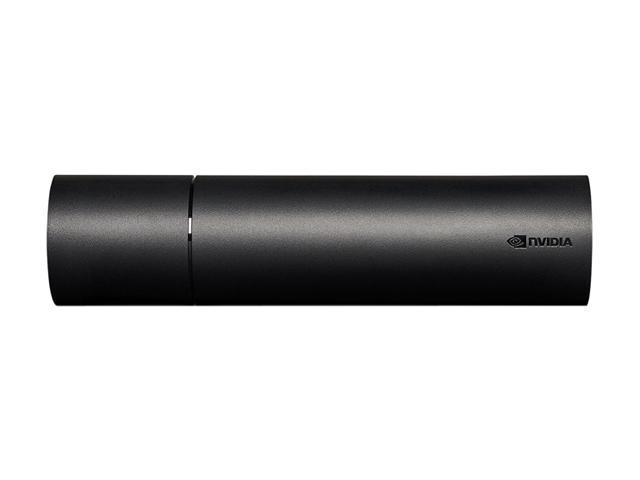 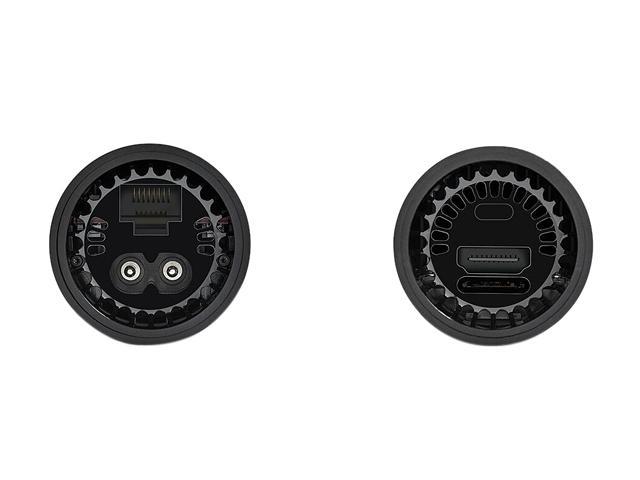 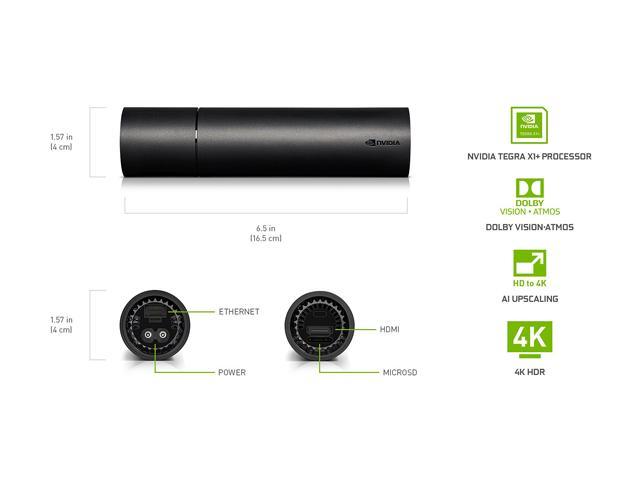 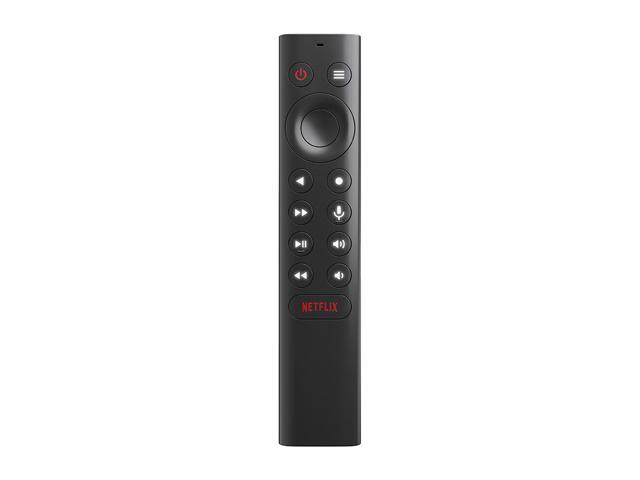 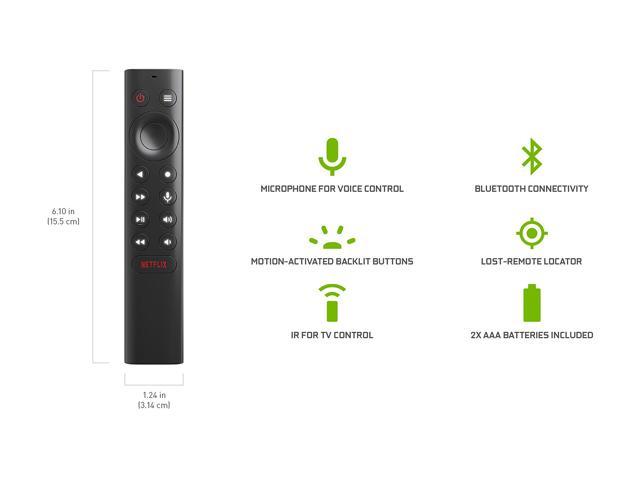 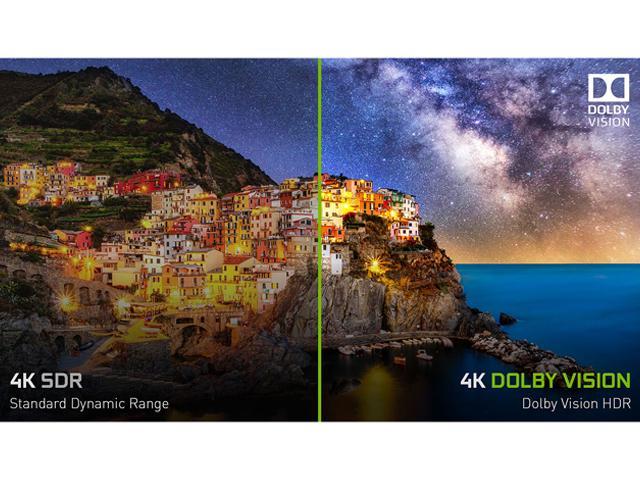 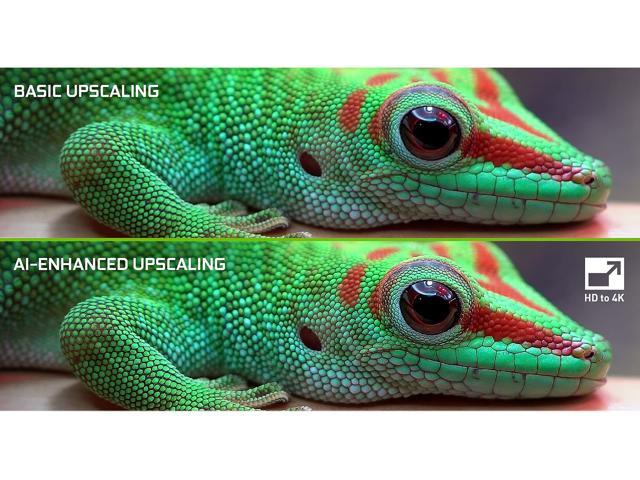 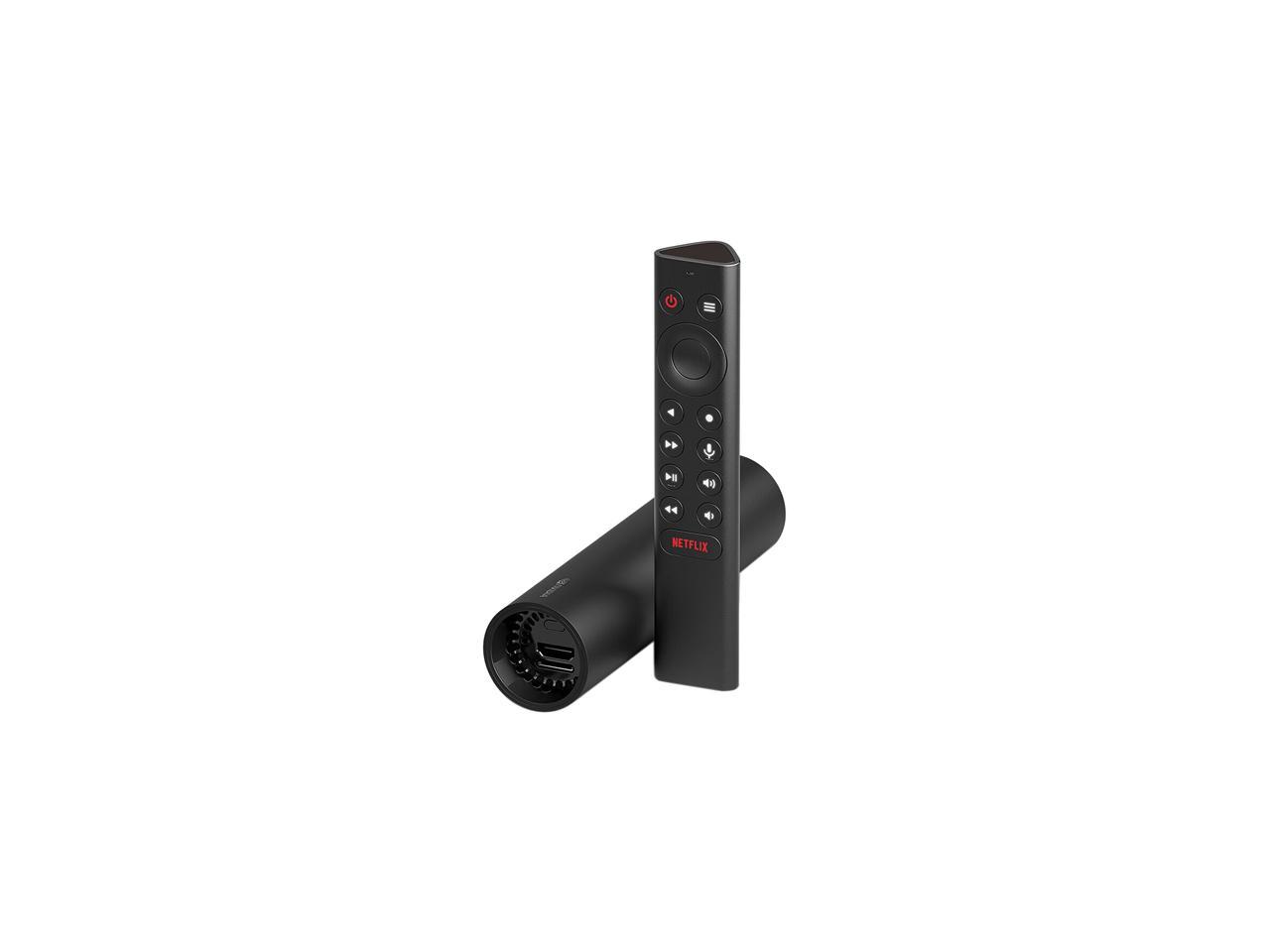 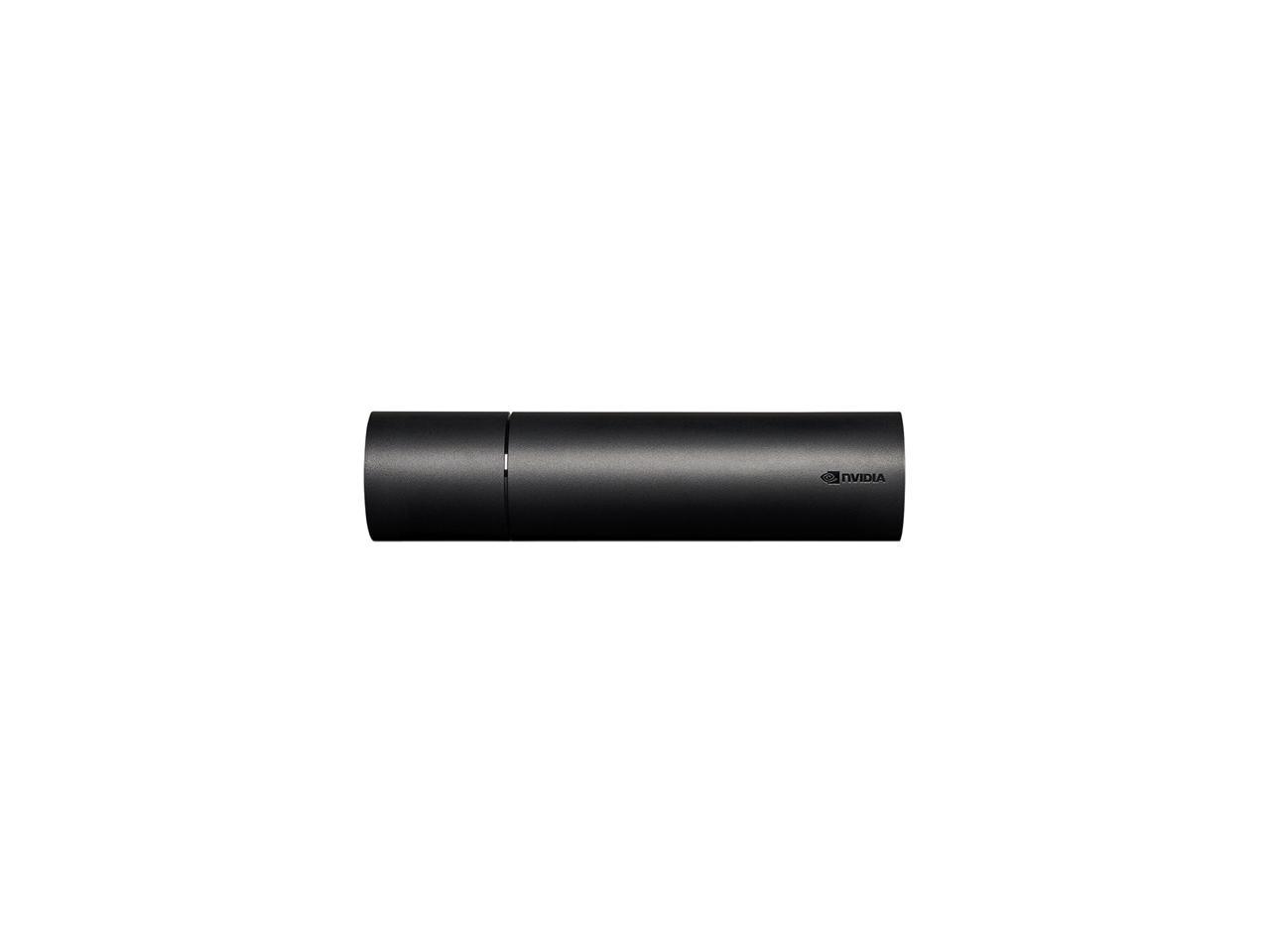 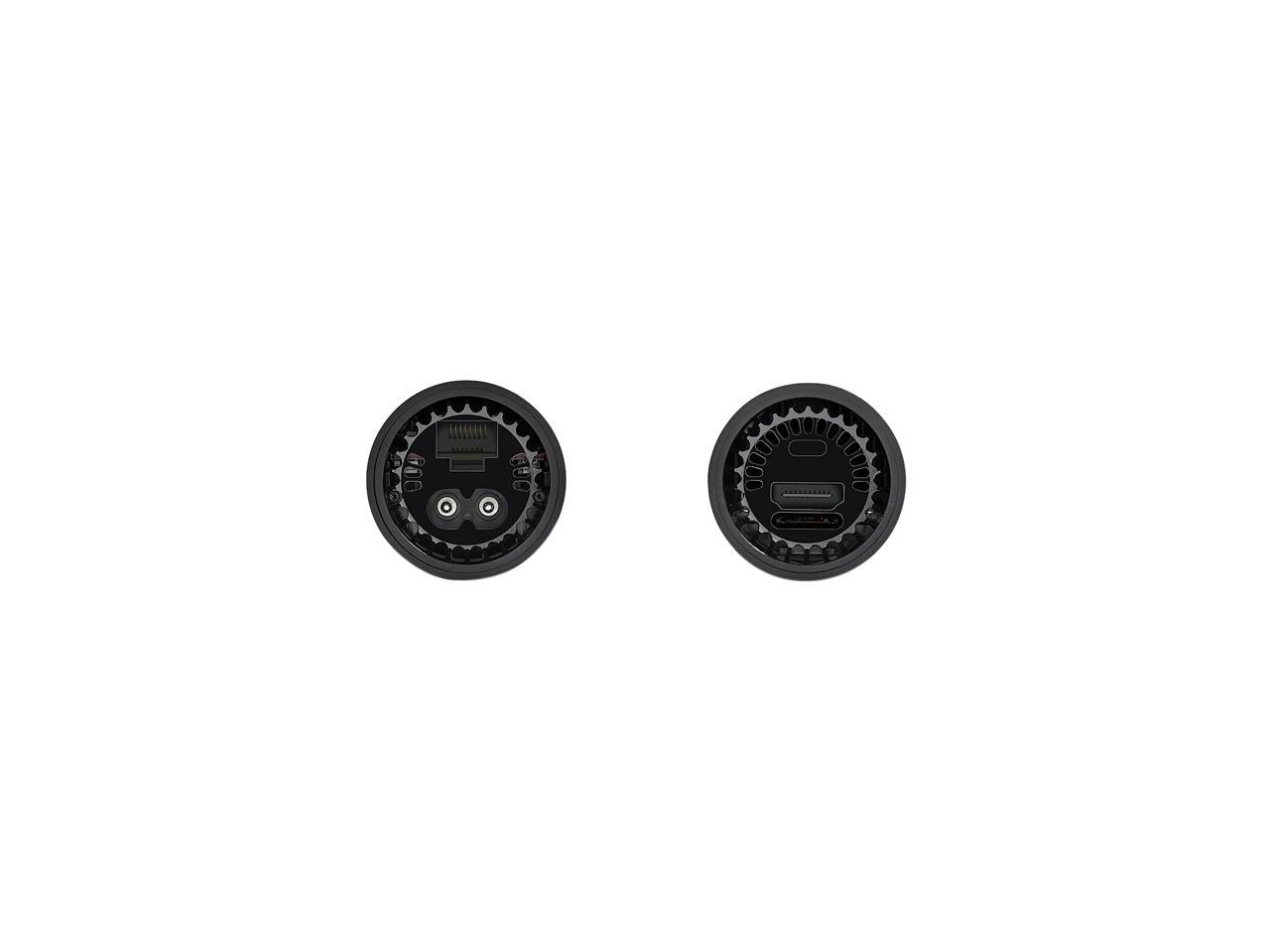 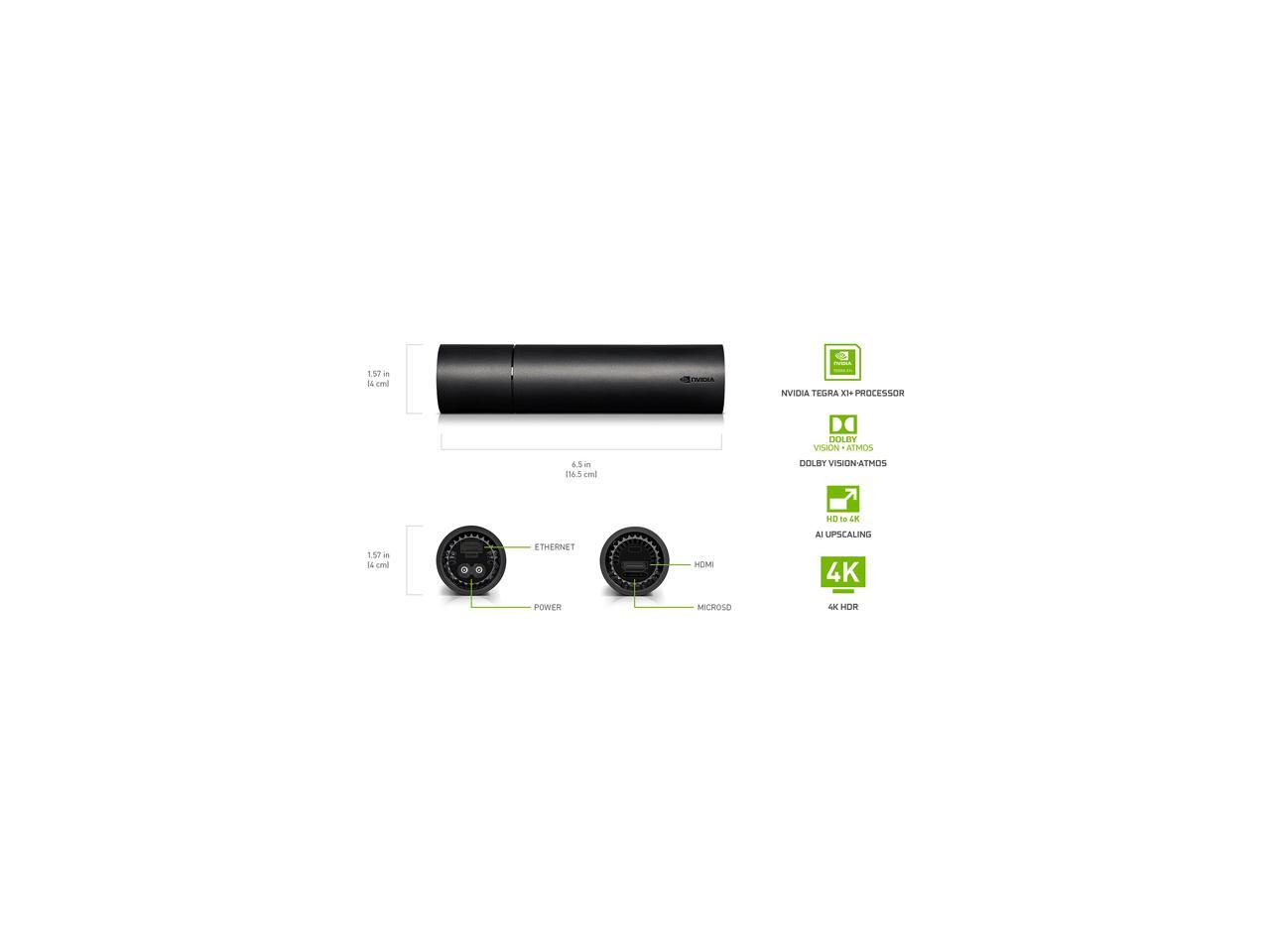 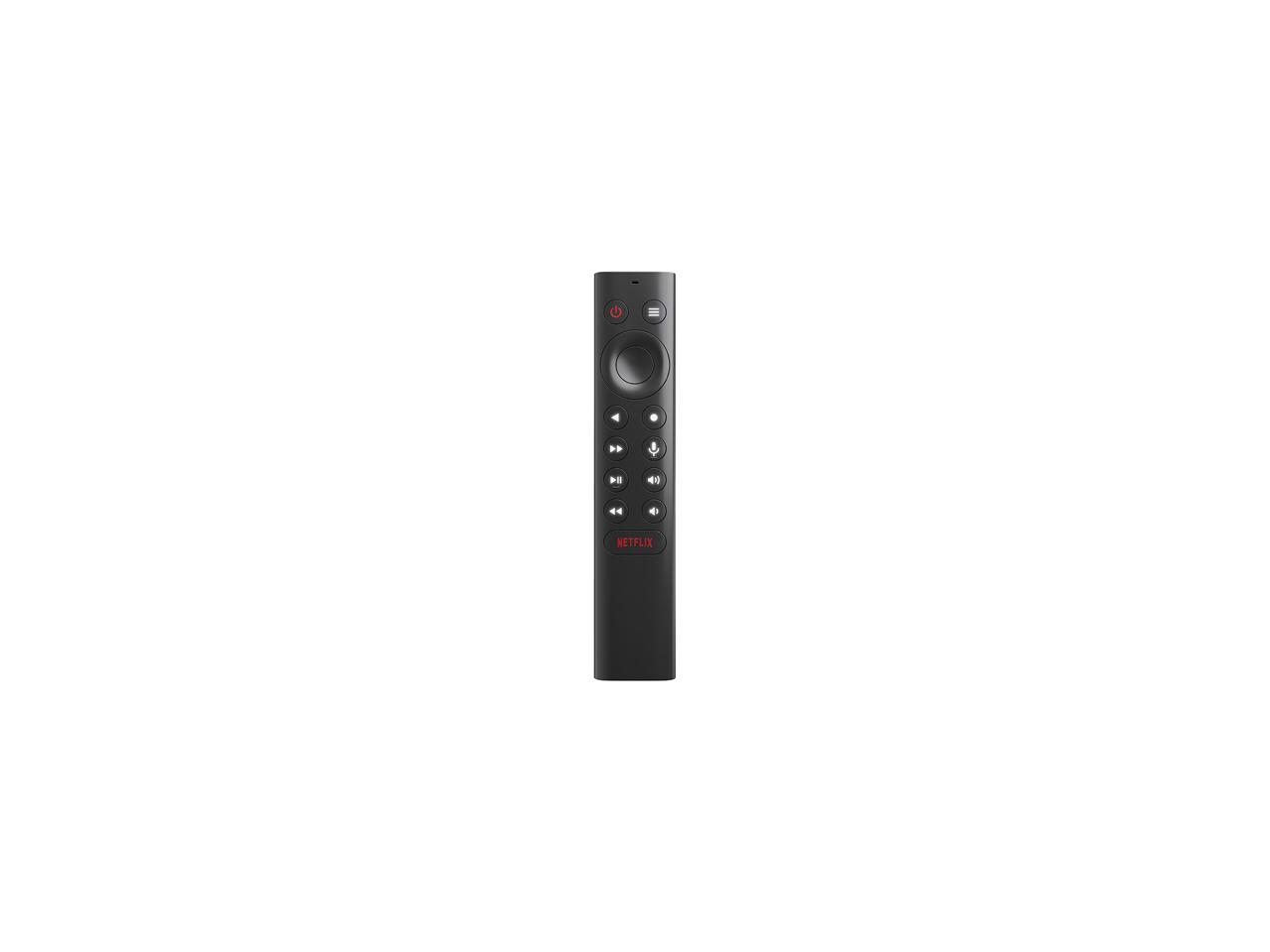 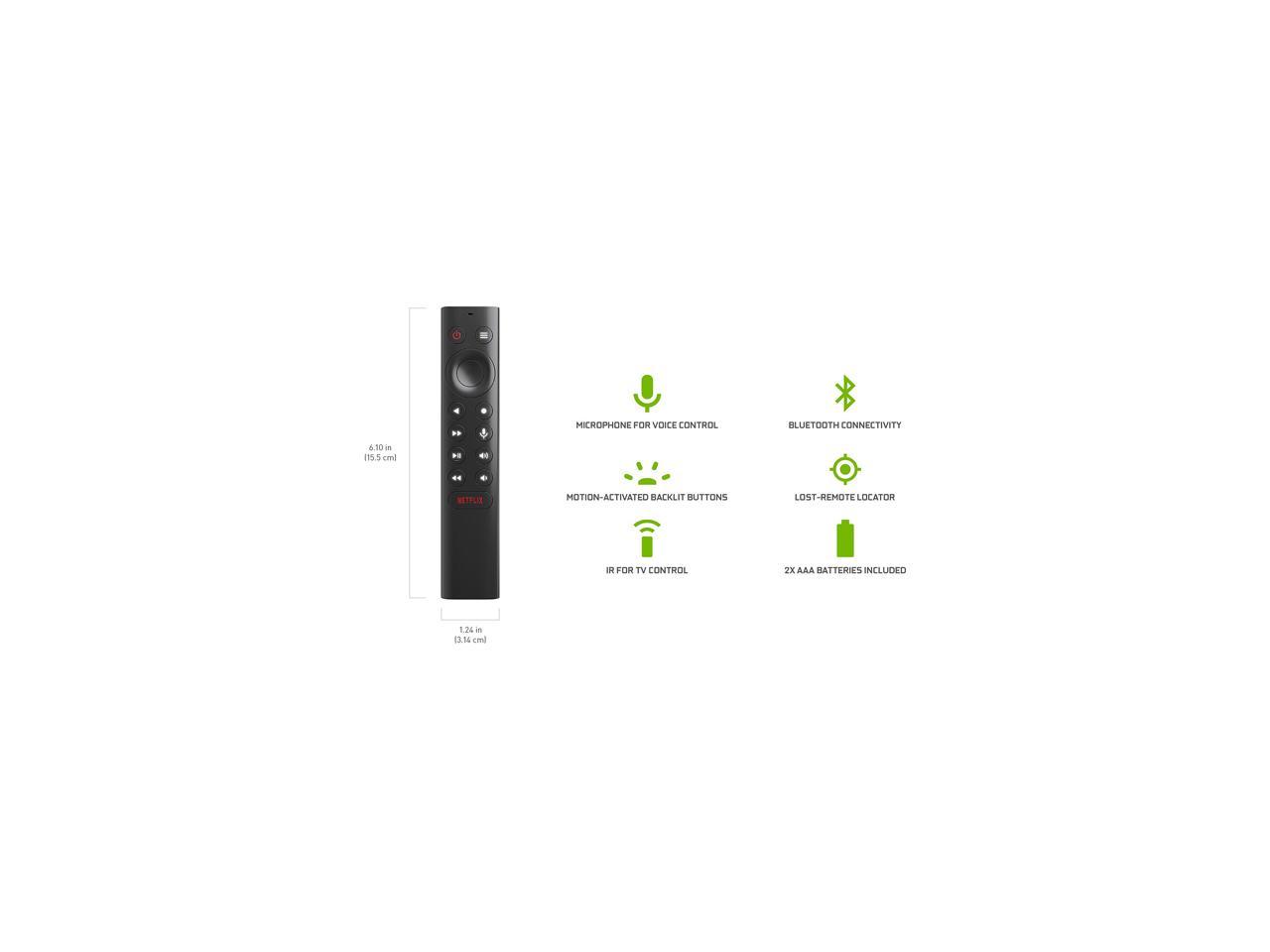 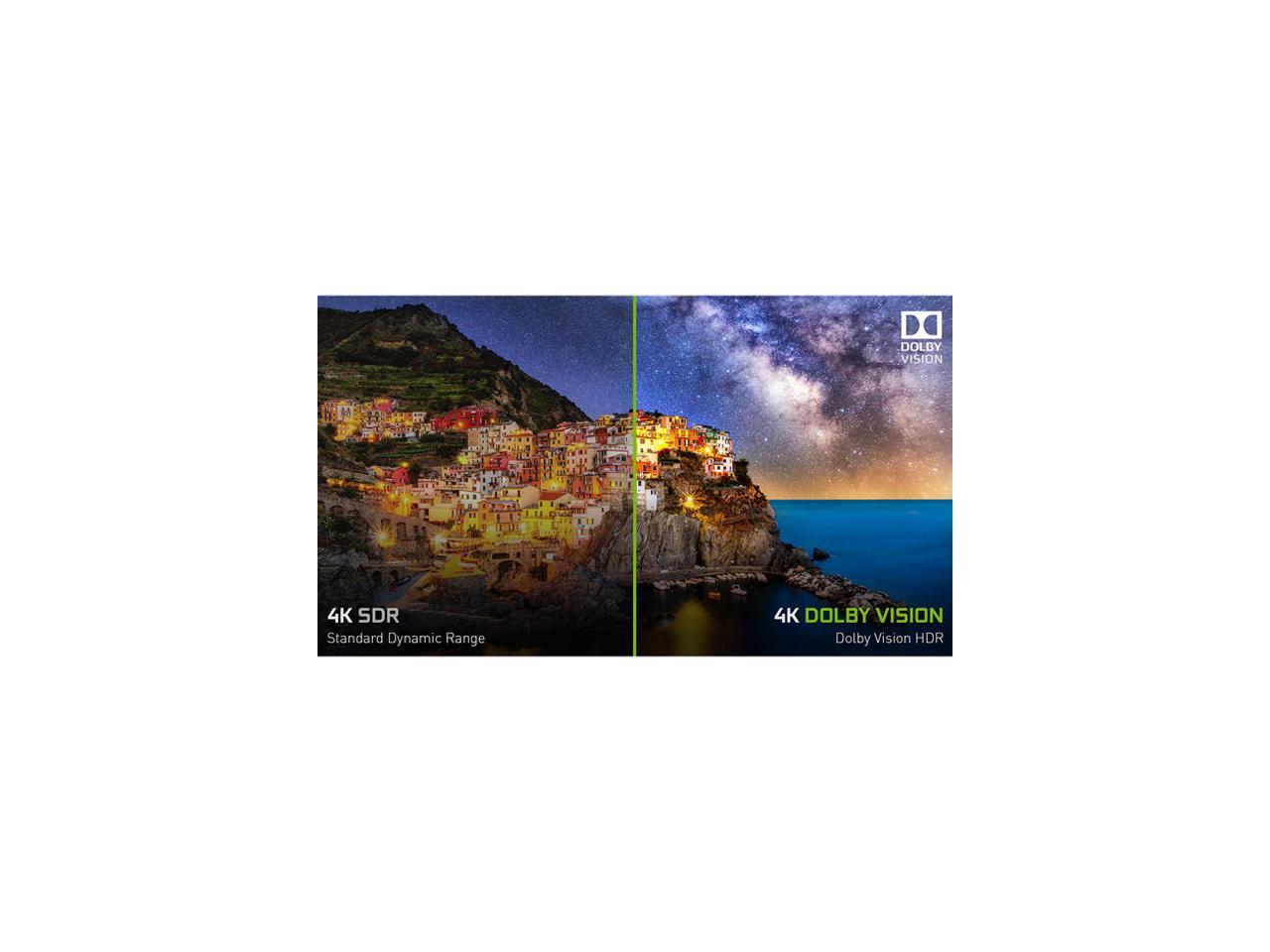 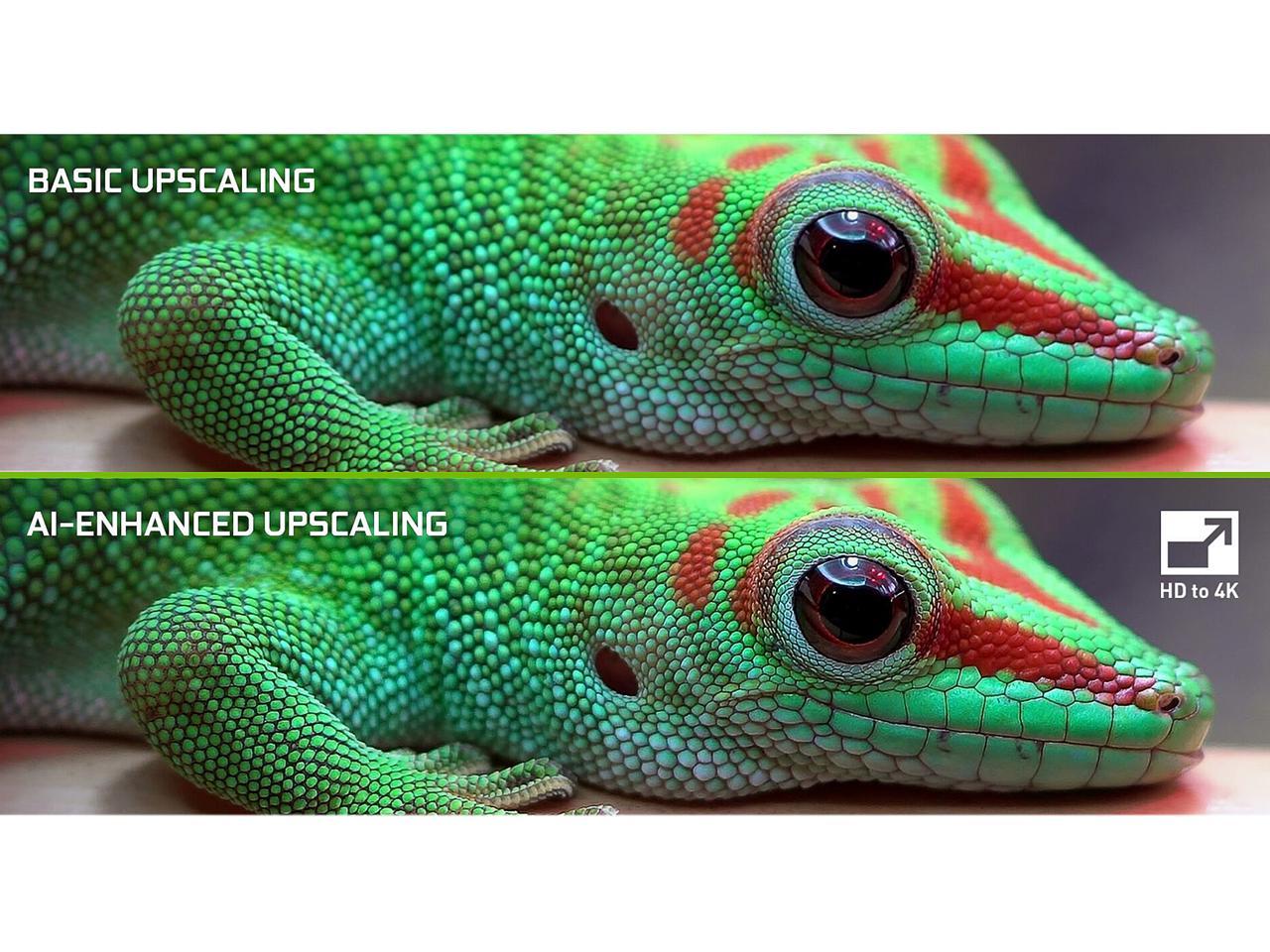 The NVIDIA SHIELD TV can work as a 4K HDR streaming media player with Dolby Vision and Dolby Atmos, a game console, and a smart home hub with voice assistants including Google Assistant and Alexa. Powerful Tegra X1+ processor enables responsive performance and the capability of upscaling HD video into 4K. You can use Chromecast for wireless streaming from your mobile devices. Dolby Vision transforms your TV experience with advanced HDR inspired by the cinema delivering vivid, lifelike image with highlights up to 40 times brighter and blacks 10 times darker than a standard picture. Enter a new world of sound with Dolby Atmos. A leap forward from surround sound, it transports you from an ordinary moment into an extraordinary experience with moving audio. Designed to be the perfect centerpiece of your entertainment center, SHIELD TV Pro levels you up to more storage space and expandability from 2x USB ports for our most demanding users. The latest advanced NVIDIA Tegra X1+ processor makes SHIELD up to 25% faster than the previous generation. Voice search, motion-activated, backlit buttons and an IR blaster to control your TV. Even a built-in lost remote locator. Control your SHIELD hands-free with Google Home or Amazon Alexa. Cast your favorite apps, photos, and videos from your mobile device to your TV. Games for everyone, on Google Play Games and GeForce NOW, including AAA games like Fortnite.

Overall Review: Best streaming device I have owned. Dwarfs Roku, Apple, and Amazong Fire TV. The ability to use the GeForce Gamestream makes this thing a beast allowing me to play games in my living tool while the game is running on my gaming rig in the basement is super convenient. Love this thing!

Pros: Very fast and responsive, plus the remote is awesome. Same idea as a fire stick but so much better in every way. Worth every penny!

Pros: this thing does everything and more....great streamer....

Cons: would be better if it had a usb input

Overall Review: i would highly recommend this for anyone that stream movies

Pros: Fast Crisp User Interface Stream Content to your TV via your network with the simplicity of RJ 45 No Monthly Rental Agreement XB 1 Model 1708 Controller Compatible

Cons: Cannot access full Android Marketplace ; Android TV only (Not Pie) Changing the battery in the Included remote should be easier.

Overall Review: Would be nice to be able to run Full Android on this unit as it has ample horsepower; perhaps one day it will be rooted and able to dual boot. Until then makes an excellent replacement / compliment for Cable.

Pros: - Easy to setup - Integrates with google home - Streaming from a computer works well and pairing a controller (Dualshock 4) is extremely easy

Cons: - Streaming latency is noticeable for online games however I am streaming over powerline so that definitely plays a part. - No other cons

Overall Review: The nvidia shield TV pro is a great android device for anyone looking to have all their streaming options in the same place while also being able to play games running on their computer from the comfort of their couch.

Cons: Nothing Just like the last one they built lil extra features

Overall Review: Love it What i expected

Pros: Much more responsive and faster than the previous model. I like the remote control because it is not so small that I can't hold it, and it has standard triple A batteries and not these button batteries that need a special trip (with the exact code number) to the store to buy. The old volume control was always a problem, only worked some of the time, the new one can be set to use the TV or other device volume control and reliably works. The device itself can now be turned on and off, no so on previous model. More control buttons on the remote, and generally works better. The HD picture is clear, maybe a slight edge over the previous, but overall the improvements are the ones that were needed.

Overall Review: If your old one is coming to EOL, this is a good recommended replacement. Or if first time user it is relatively easy to set up and get going, and is stable and fast. Understand if the content source is slow, it will not speed that up.

Pros: Pretty much Plug and Play, that is if the remote batteries are working. The interface is very responsive.

Cons: The remote arrived, but was not working. It appears the batteries were dead. This complicated what would have otherwise been a simple setup. Changing remote batteries is generally simple enough, but on the Shield TV remote the battery compartment is very well concealed. I had to find a YouTube video and even with that it was a struggle to open the compartment. Again, a one-time issue.

Overall Review: I have only had the unit for 24 hours, but no issues so far. I purchased this unit in part for the SiliconDust HDHomeRun app, which allows cable TV (or off-air TV depending on the SiliconDust tuner) and DVR recorded content to be stream within the house. The Shield TV is particularly well suited to decoding the MPEG-2 TS content that CATV system generally use. There is a Google Assistant built-in (mic in remote), although I have Echos and will therefore likely use the Alexa Skill. I have only done very basic testing of the Alexa skill (e.g., Alexa, "Go To Netflix on Shield")