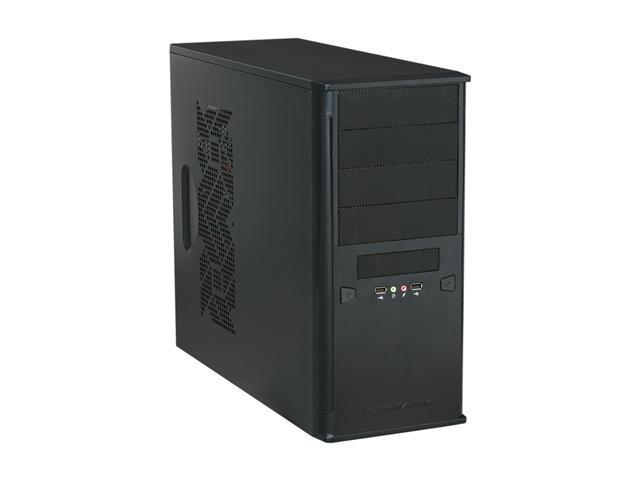 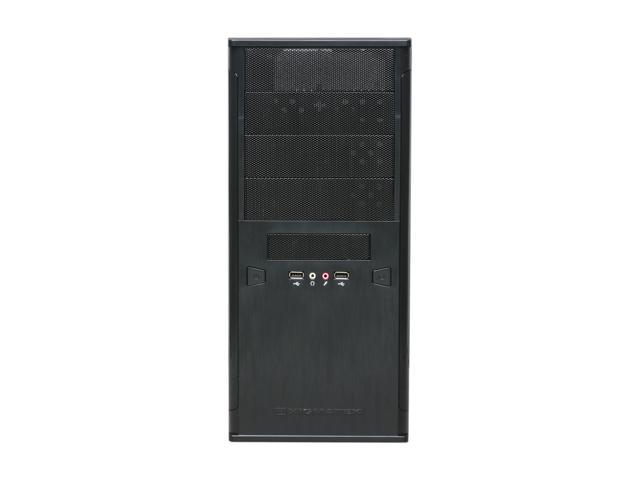 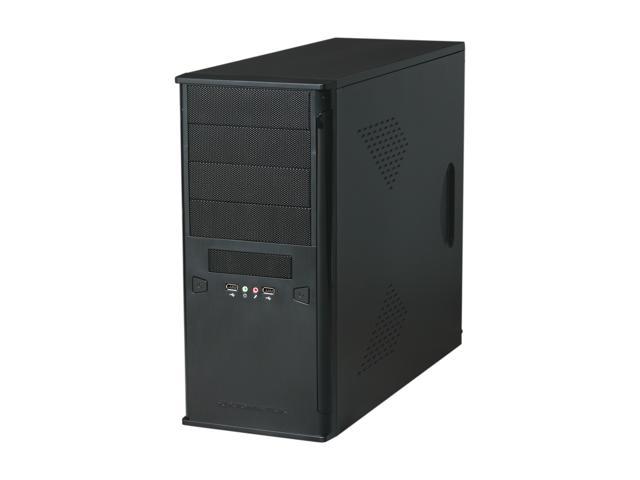 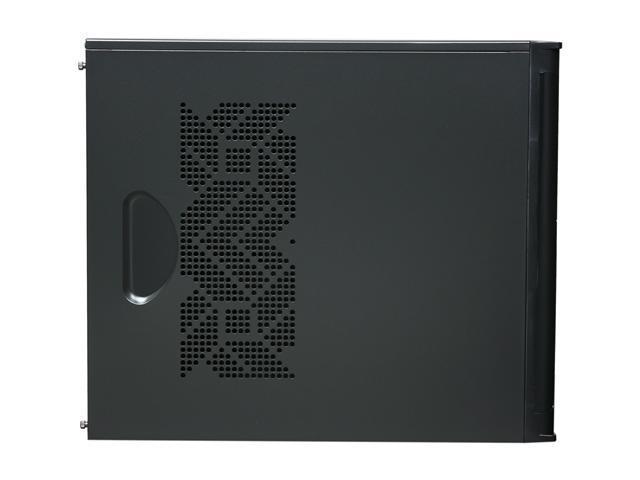 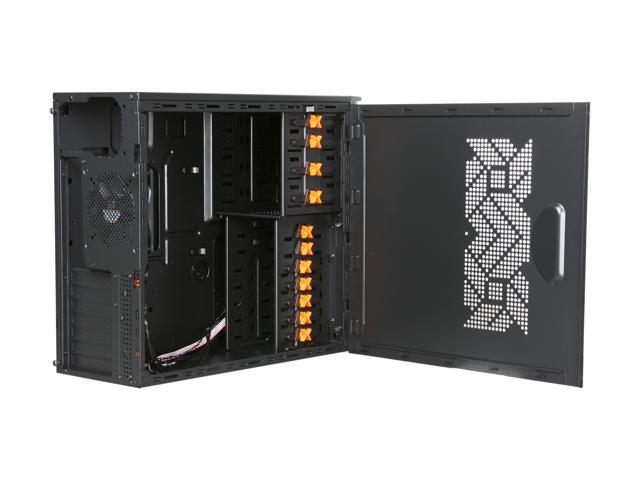 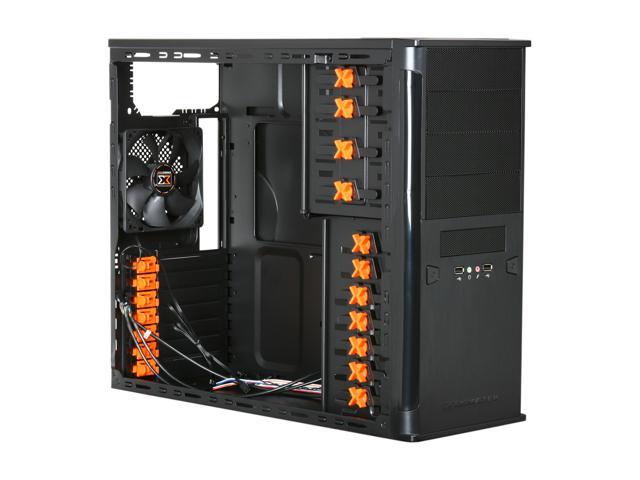 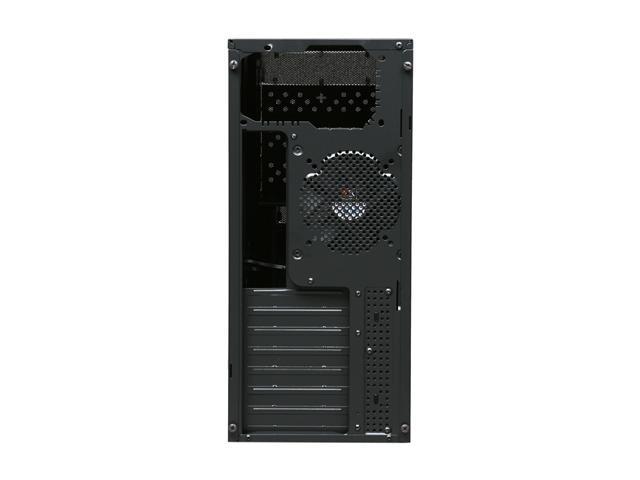 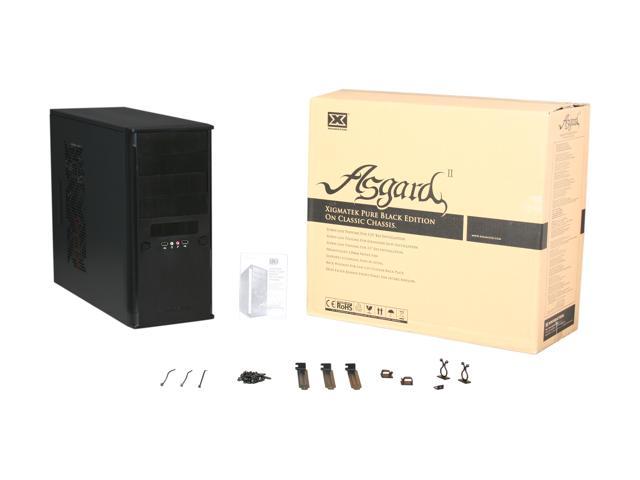 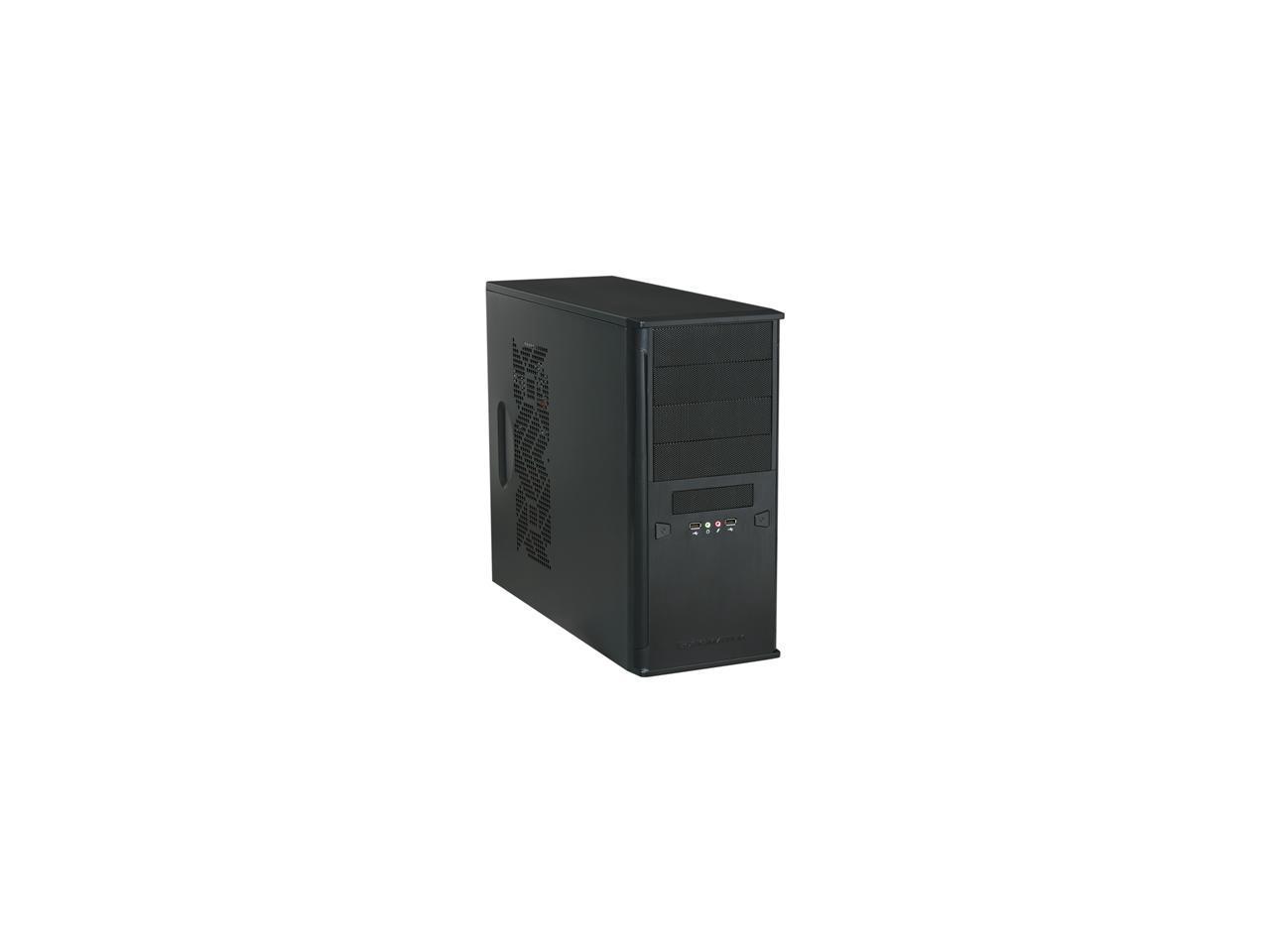 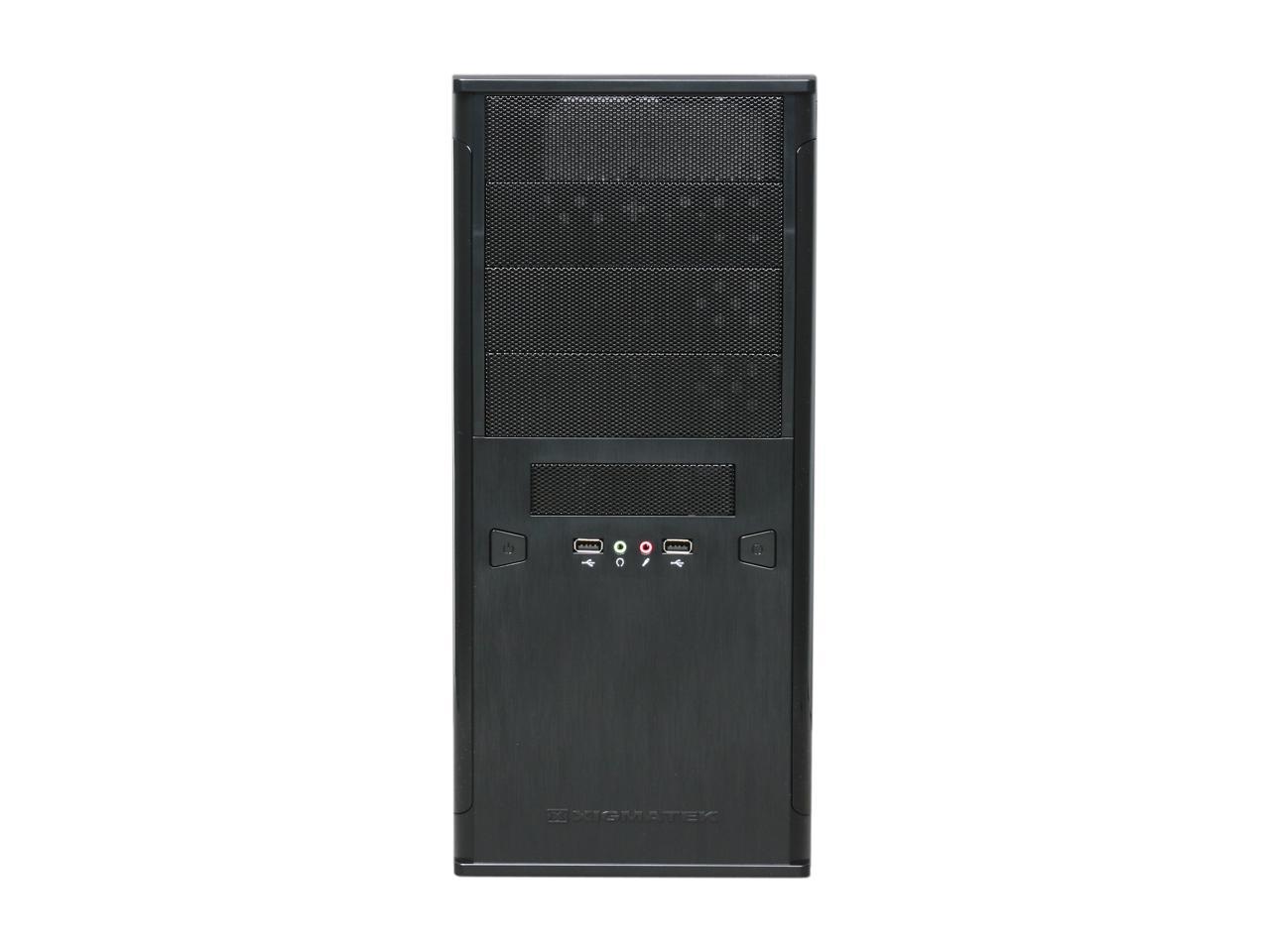 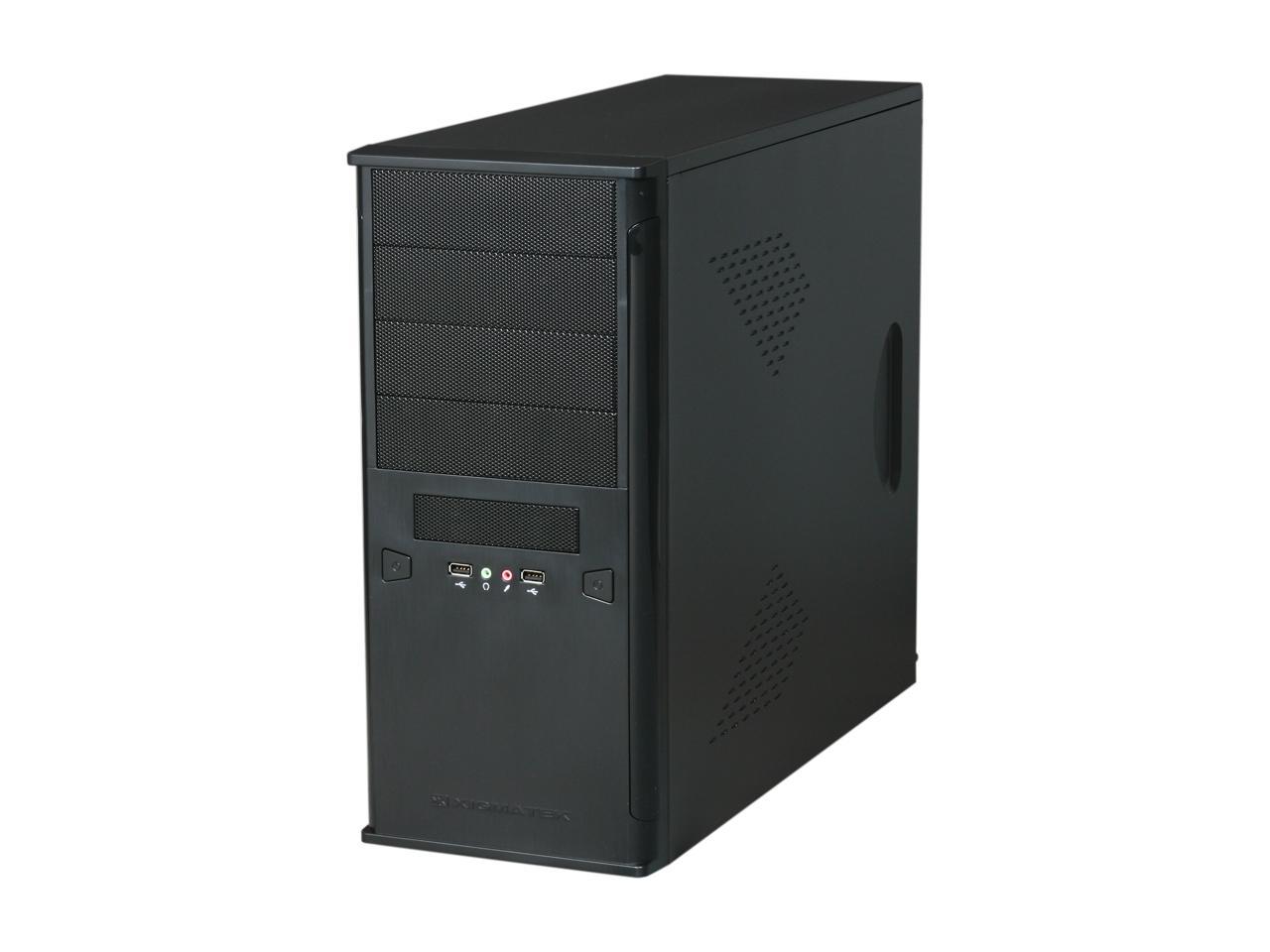 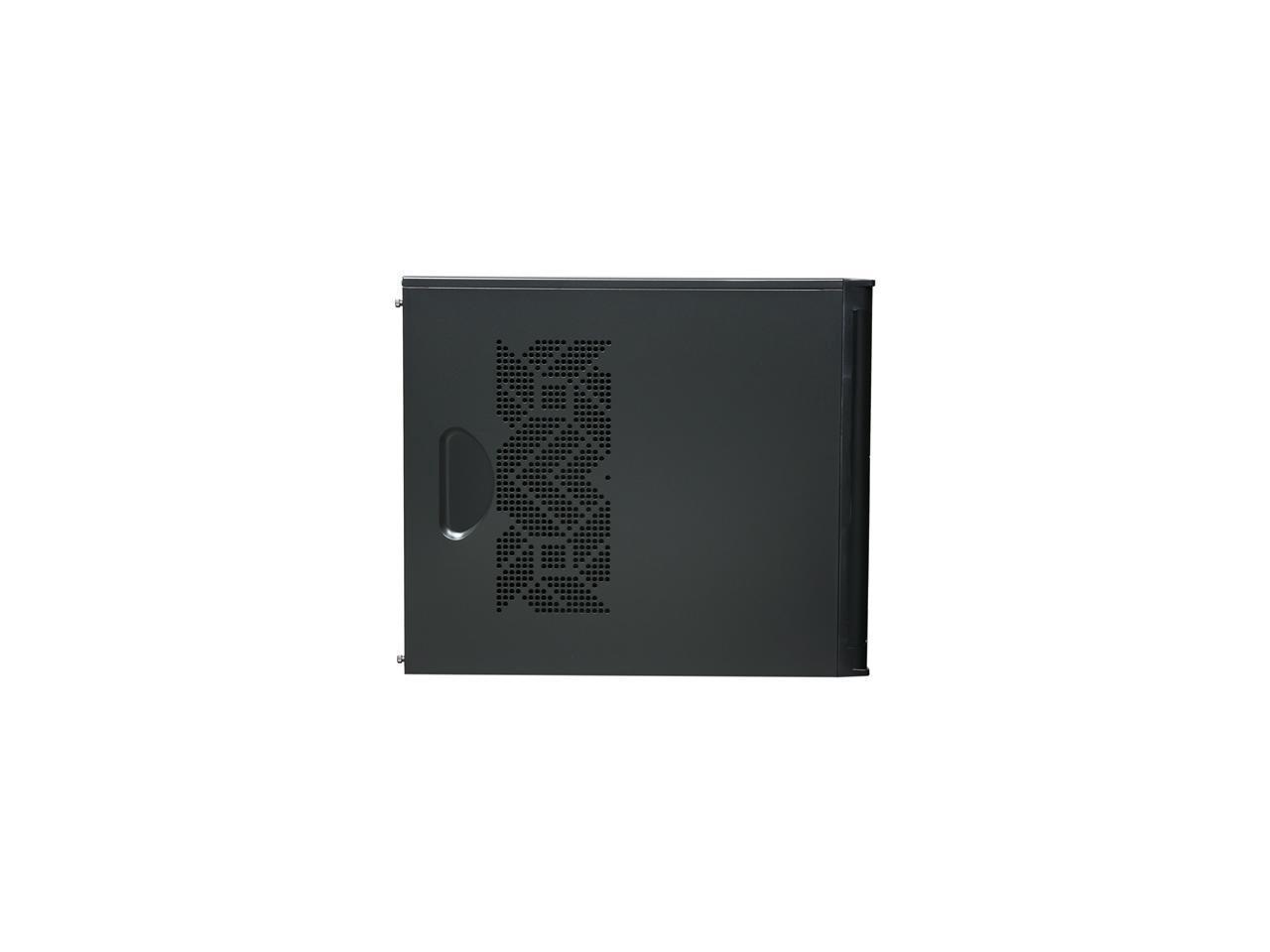 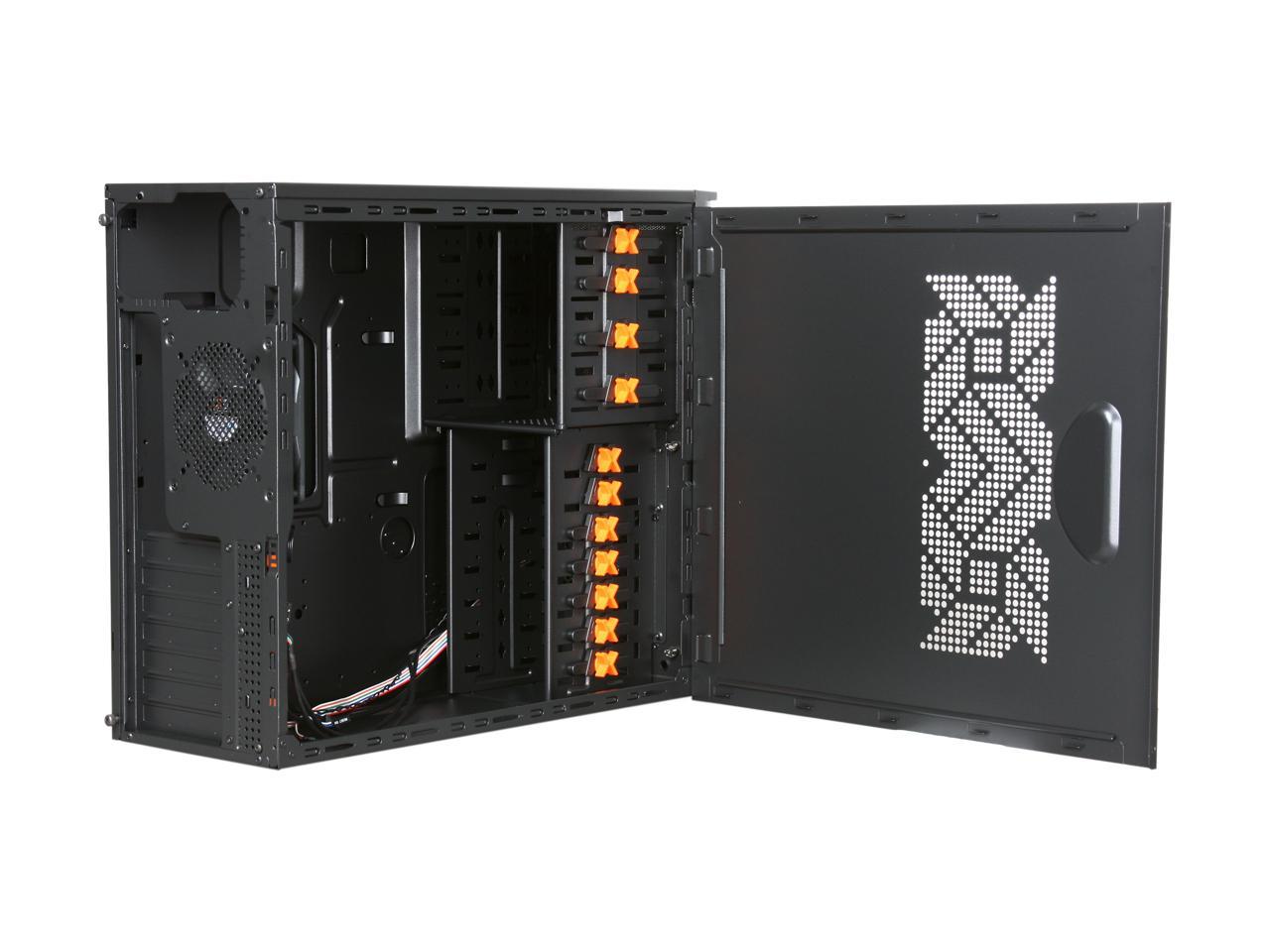 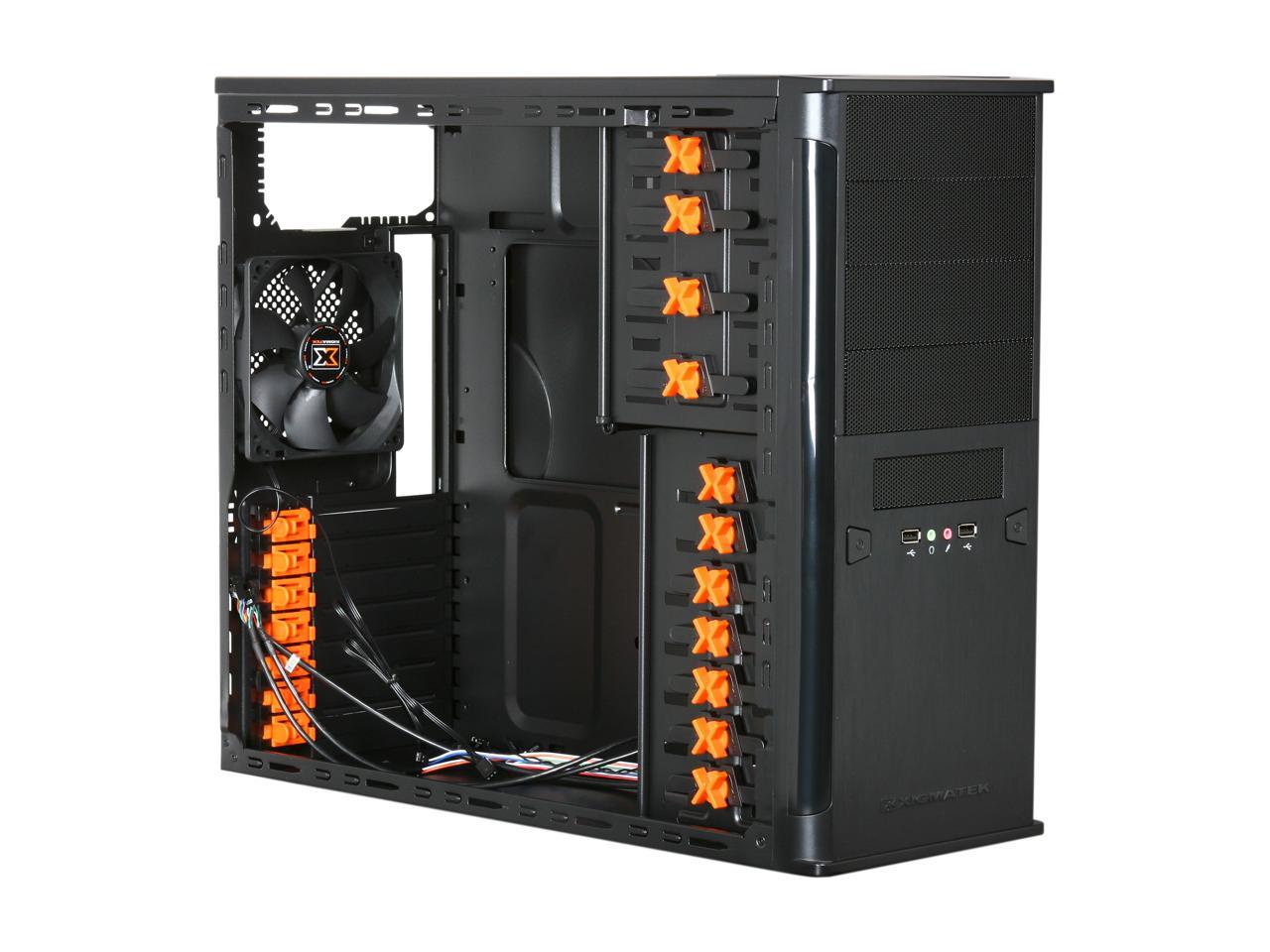 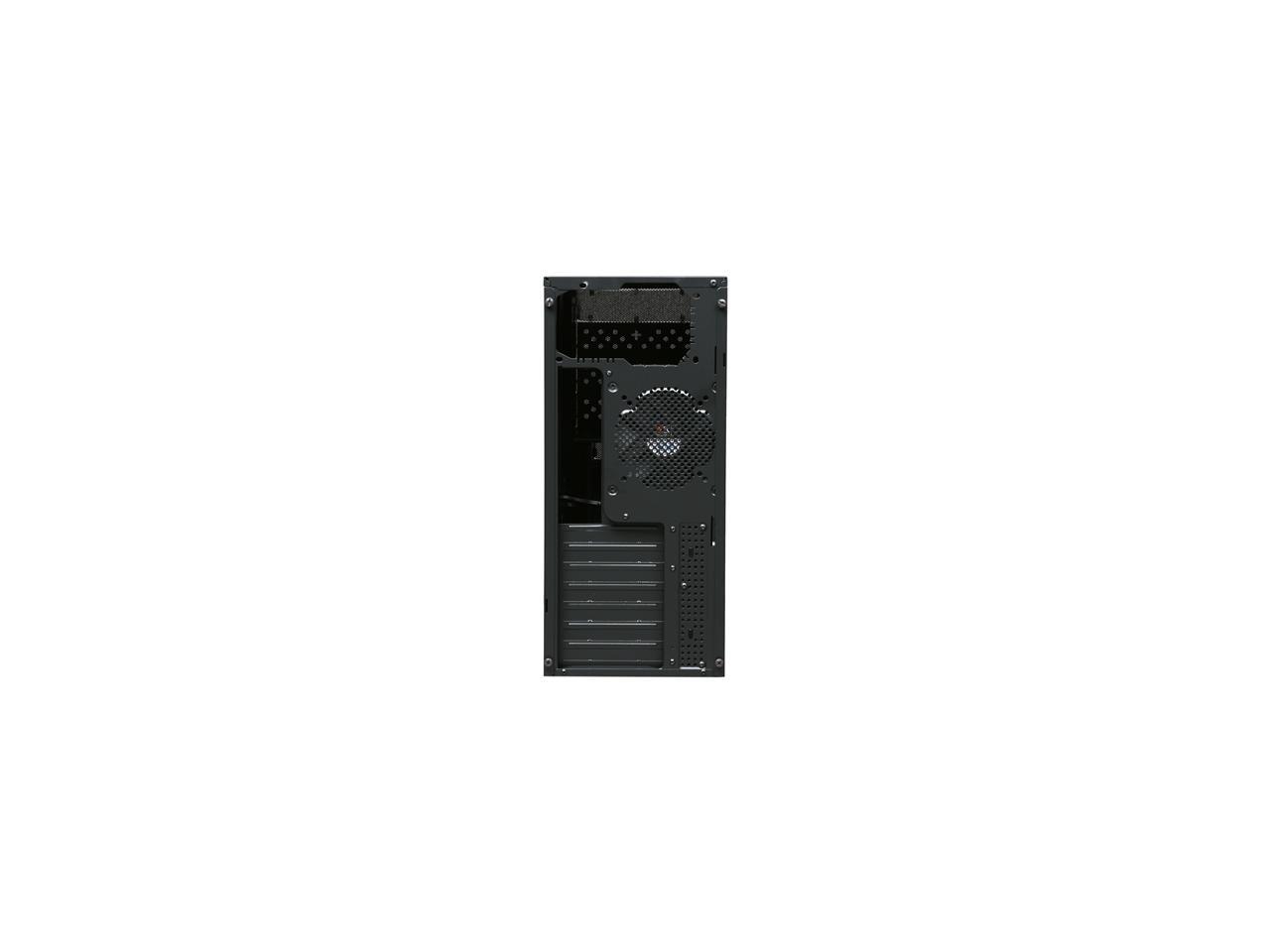 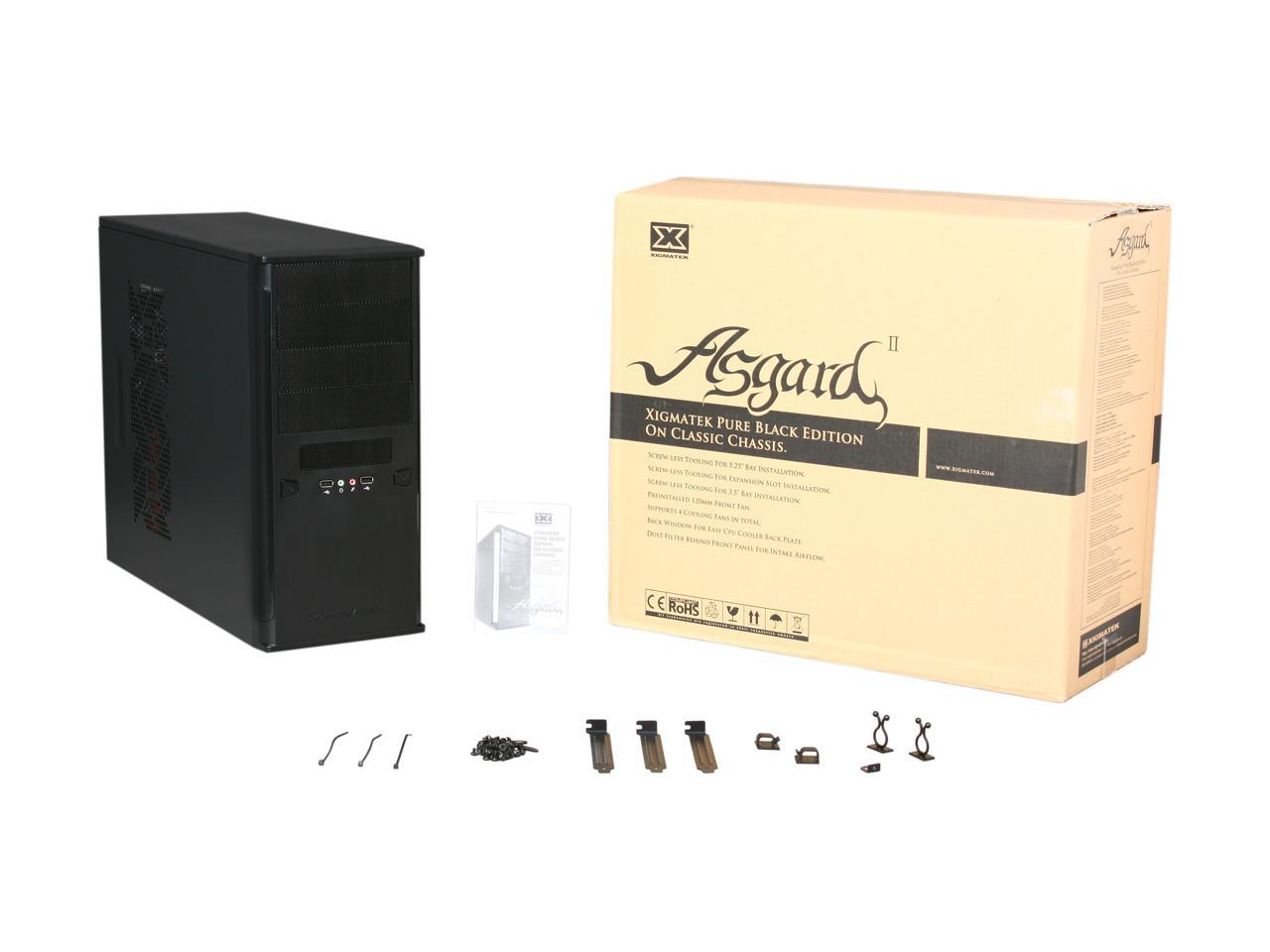 (127) Write a Review
OUT OF STOCK.
Fees for brokerage and duty included in price.
Overview
Specs
Reviews
"Asgard-II"-The Property of Æsir and castle of Odin. As the country of Gods, the inviolable Asgard-II is the world’s first black coating entry-level chassis - milestone. Furthermore this chassis is supplied with 1 x 120mm pre-installed black fan, and 3 more fans can be mounted in different areas for best possible airflow. 4 x 5.25" bays will be able to house all your optical drives, but also 5 trays for your 3.5” HDDs are available. Tool-free design and a "gorgeous" look are only a few points as to why this chassis is a "must" not only for enthusiasts but also for PC beginners.

Pros: Case is well constricted, fully black on the inside, 100% tool-free design. Has cable management system as well as a CPU cooler hole on the back board !!!

Cons: Nothing that jumps at me

Overall Review: For $30 this is indeed a great case, exceeded all my expectations !!

Pros: Has everything you want in a case, such as holding all your parts in the correct places. Cheap, but doesn't feel like it, sorta like a dinner at McD's. Case seems solid, and well thought out. I think if Batman built computers, this would be the case he chooses. Comes with the ability to install side door locks, keeping you computer safe when you park it in the ghetto. Case has regular fan connectors, unlike some other popular case makers that use molex that rhyme with fANTEC. This helps keep you from having a rats nest of wires. You can also use a fan controller, to impress the ladies, cause ladies don't like it when bios does it for you (I mean...really, am I right?). Case is made from approximately 3% aluminum, so it deserves a mention in the description. Everyone knows an Aluminum Bezel makes it much more interesting. My CPU reaches near absolute-zero temperatures while in the case (which is probably due the computer being dunked in a bucket of RF134a)

Cons: This case is light as a feather....that is made of thin metal. If you don't bust your teeth in pulling this case out of the box like a boss, trying to impress girls nearby, it most certainly will float away, voiding it's warranty instantly (how does a case break, btw? Why do you need a warranty, it just sits there!). Case doesn't have motherboard standoffs installed out of the box, which is a arduous task of 5 minutes to complete. Even the standoffs are black, which further enhances the Batman experience. Case comes with expansion port covers that conveniently serve as Mach 3 razors once pried away from the case, also bending the slots out of place. Bending the slots back requires the strength of 10 infants, which also violates the no-infant clause of the warranty terms. Bag computer comes in is a choking hazard, but I showed it!

Overall Review: I'm not sure why, but i'm gonna mention I use Linux in here, not because I'm poor (which i'm NOT!) but because I think I'm smarter than you. Using it makes me feel better about myself, as it takes me several terminal commands to update my facebook status to "lonely". I'm posting my stats in here, because everyone else seems to think that's rad This Case AMD ATHLON X4 620 Quad Core 4 GB DDR2 800 Win 7 Home 64bit 60 GB SATAIII SSD / 2 TB drive for storage of rare runes ATI 4350 for extreme fps in Counter Strike 1.0 Blah Blah Motherboard Blah edition Blah Something with wires coming out of it Several blessings by ordained priests

Pros: This is a very well-designed, tool-less Medium tower PC case. The Optical and hard drive mounting brackets are very convenient and eliminate the need for mounting screws. Two thumb screws fasten each side-panel to the case making it fast and easy to open and remove them without needing a screwdriver. It comes with a 120 mm fan which moves a good amount of air without being noisy.

Cons: These are mostly FYI's and nit-picky cons, so please take them with a grain of salt: 1. The optical and hard drive mounting brackets are entirely made of plastic, so use some care while installing them so then don't get damaged, especially the locking mechanism. 2. You have to remove the case's front panel in order to remove the filler bezels and install an optical drive. I suggest you install your optical drive(s) before you connect the front panel's cables to your motherboard, or you'll have to disconnect them in order to remove the front panel. 3. The instructions in the user guide are purely pictorial and not written out. The photos in the copy that came with my case are very dark making the features being described a bit hard to see. This makes a couple of the case's features bit tricky to figure out at first.

Overall Review: Despite the cons/FYIs I listed above, this is a very good case at a very reasonable price. If you don't want to spend a lot of money on a case, are on a tight budget or want to build a low-cost PC and still want a good case, then this case is a very good choice.

Cons: A heads-up rather than a con. If you wait until you have installed the MB before you remove the slot covers, you may have some difficulty removing them without interference with the MB. Just figure out which ones you will need and remove them with a screwdriver inserted in the top slot. A couple of twists and they pop right out. There are three traditional black-painted slot covers included if you remove too many and need to fill back in. Note: the entire slot cover retention bracket removes with 3 screws if you need access after the fact. Yes, there is paint in the screw holes, a result of painting the insides as well as the outside. Live with it.

Overall Review: SECC stands for Steel, Electrogalvanized, Cold-rolled Coil. The case is .8mm or .032" thick which is typical for inexpensive cases. When fully assembled with everything in place, the case is plenty stiff...unless you plan on sitting on it, of course. I have used this case for several builds and have not been disappointed. Recommended for all except high-end gamer builds. This is one pretty case...

Pros: Tool free design is better than you'd expect from a case like this. My SSD mount worked perfectly because not only are the tool free drive mounts easy to use they're easy to remove. Surprisingly sturdy case. Front Panel USB and Audio connectors are solid connectors, not the 1 pin wonders you get with most cheap cases. Actually has an attempt at some cable management, but it's not awesome.

Cons: Wish there was a cable management opening near the top of the case for the optical drive. The pre-installed fan only has a motherboard connector and there's no adapter for molex.

Overall Review: I can't believe the awesome bargain on this case. It's not the best thing I've ever owned, but if they sold this case for twice the price it'd still be a good buy.

Pros: -Extremely Nice Looking - Suited for Business or Gaming -Black -Big Quiet Rear Exhaust Fan Included -Tons of EXTRA hardware included to help you route cables -I have 1 HD and 1 CD drive and a Vid Card that Requires Power, I was able to route all of my cables pretty nicely -Mesh on the front (looks good :)...) -Power and Reset buttons feel solid to me -"Tool-Less" installation of Drives and Addon-Cards Works really well and it Rocks :) - Painted Black on the inside - Looks sweet - GREAT airflow... I was really surprised but the Mesh Expansion Bay covers make a difference! I can put my hand on the front of the case and feel the air flowing in the front... And I don't have any front fans installed. The rear exhaust fan is pulling air that well... I was really suprised because the mesh up front looks good and serves a purpose! -Price, Dirt Cheap price for all of the extras you get with this case In my opinion, the best case you can buy for the money...

Cons: As others have noted I am sure... here are the cons as I see them... -Flimsy Metal (it's thin) the bottom of the case flexes significantly... However, with that said, I didn't have any trouble with mine... What can you expect at this price point? -Painted Black on the Inside... I love this feature actually... BUT, I was in a bit of a low lighted condition for the install and it was a bit hard to see inside the case... Overall I would prefer it painted black on the inside than not though... but it is worth noting... -"Punch Out" Expansion Card Bay covers... annoying as all get out... I was lucky in that I didn't bend anything else as some others had when I took out one of the covers to install my graphics card.

Overall Review: Really Really happy with this case... I had middle to low expectations because the price was so low... But I read good things on here from others. This case is worth every penny... you are getting a case that is worth more than (in my opinion) what you are paying... My Rig (So you have an idea of what I am working with): This Case... Micro-ATX Mobo Phenom II X3 740 (4th core unlocked) 4GB of Memory Powercolor Radeon 5770 1GB Rosewill Stallion 400watt PSU (black as well, looks good inside the black case) 1 SATA black cd rom drive 1 SATA Hard Drive

Pros: Brushed aluminum on the front; front panel is easy to take off. Spacey and moderate cable management. Square cut out for heatsink back plates. Good layout.

Cons: Front 5.25 bay pieces pop out quite easy, also when installing a front 120 mm ( CASE DOES NOT COME WITH ONE ) you need to route the front panel cables around it so it doesn't stop the fan.

Overall Review: could use little pores in the side of the brushed aluminum for increase air flow in the front.

Pros: Great case inside and out. Solid black inside and out, tooless design, motherboard cut out, lightweight but tough enough. Love the simple easy to use pci card retention levers, how many here has almost had a build done, only to be trying to secure the screws to hold your video card in place when the screw falls off into the black hole inside the bottom of the case. Just slide the lever down till it locks, keeps everything snugg. For a $30.00 case this is a great option for a budget build.

Cons: Like other have mentioned the pci retention brackets can be a nightmare to take off, worst I've seen. I struggled with the first one then got smart with the rest. Take a pair od needle nose plier and insert it into the hole where the screw would usually go and just clamp down and pull back. This breaks the top lose, then just left to right motion to break the rest lose.

Overall Review: Will buy again for budget builds. Just wish the power supply mounted on the bottom instead of the top.