OUT OF STOCK
Sold by: Newegg
Shipped by Newegg
Price Alert
Add To Wish ListFound on 7 wish lists 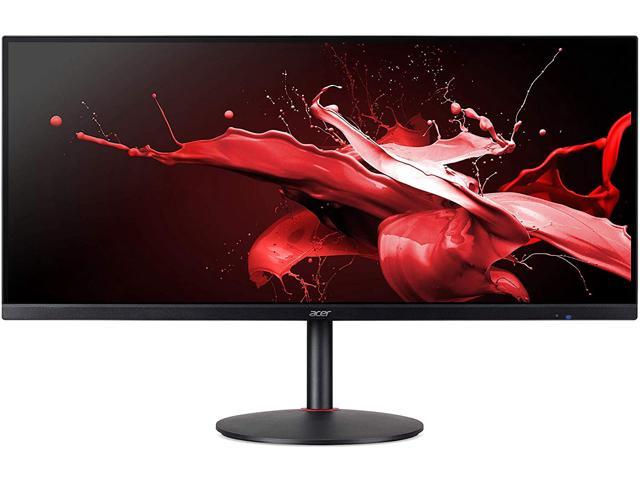 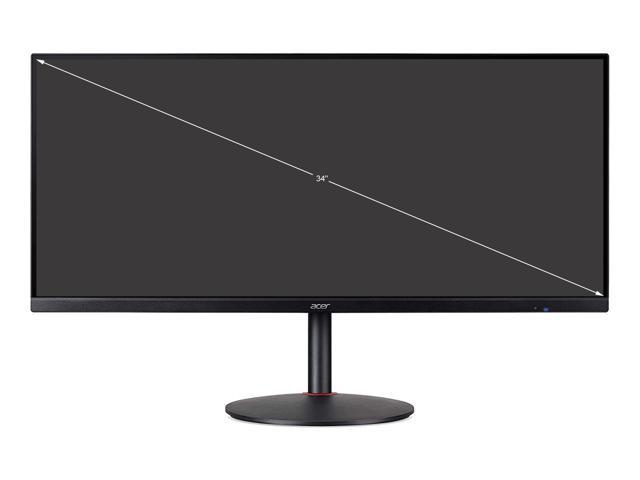 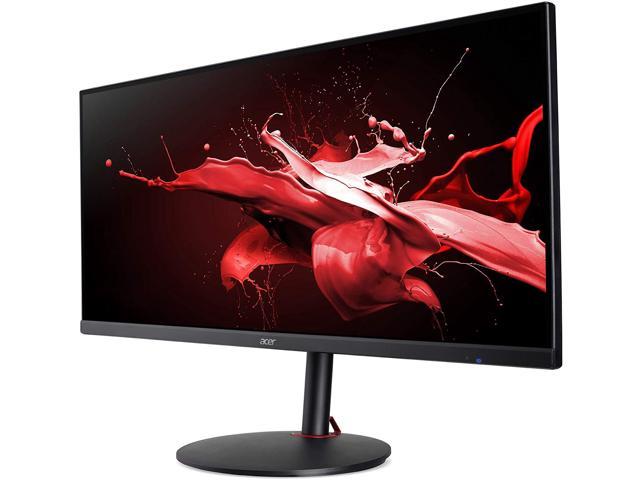 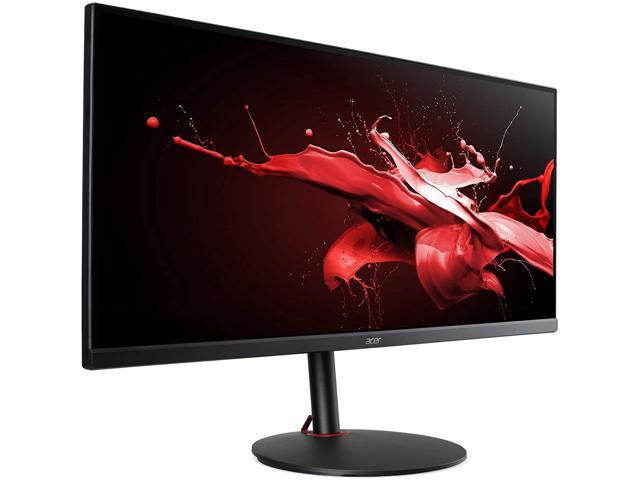 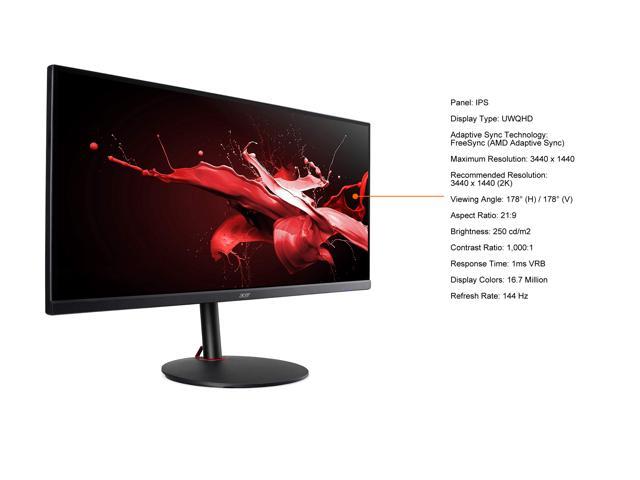 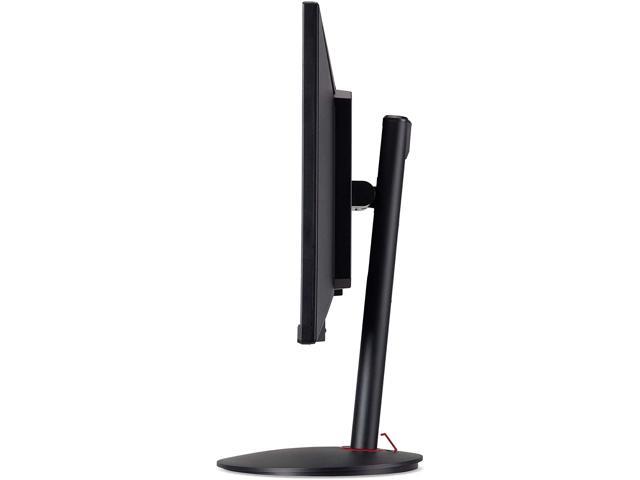 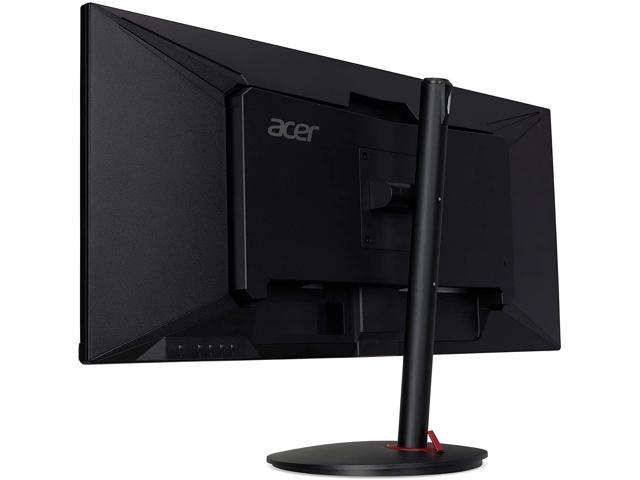 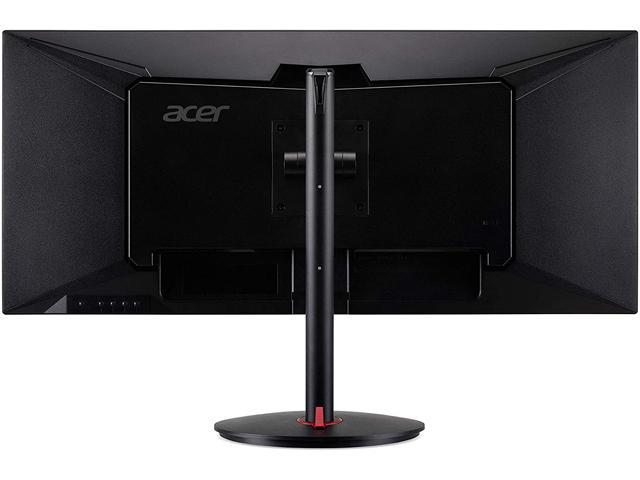 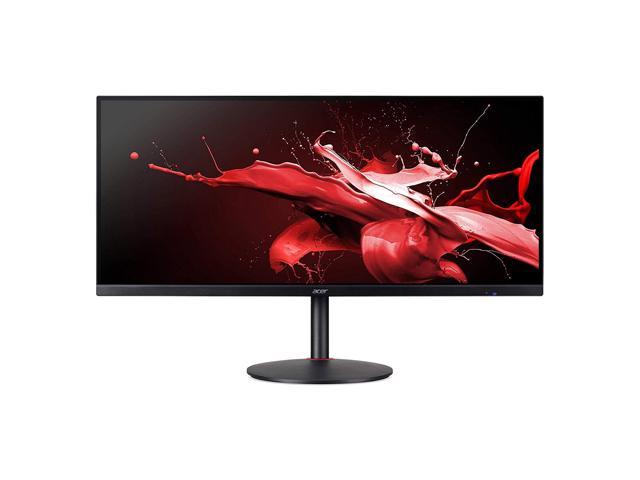 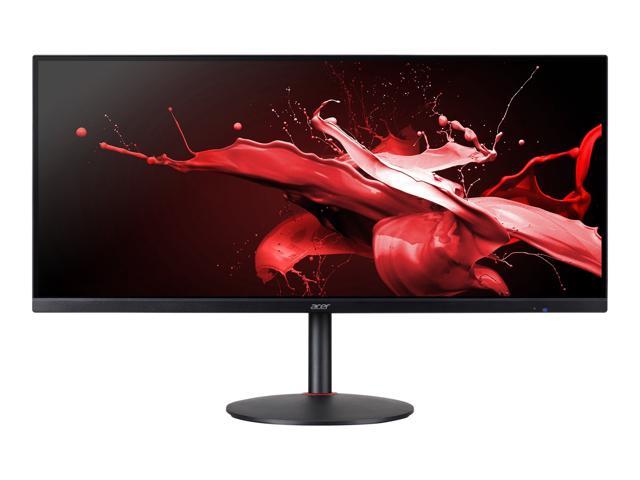 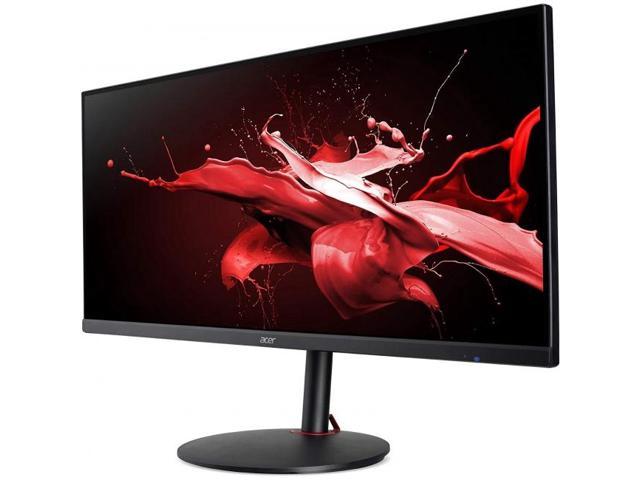 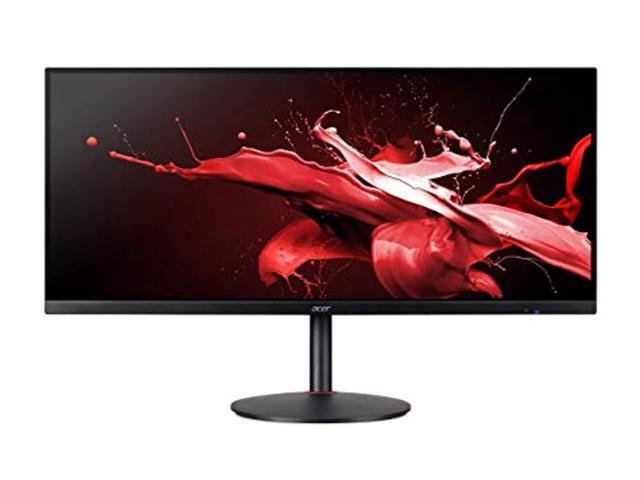 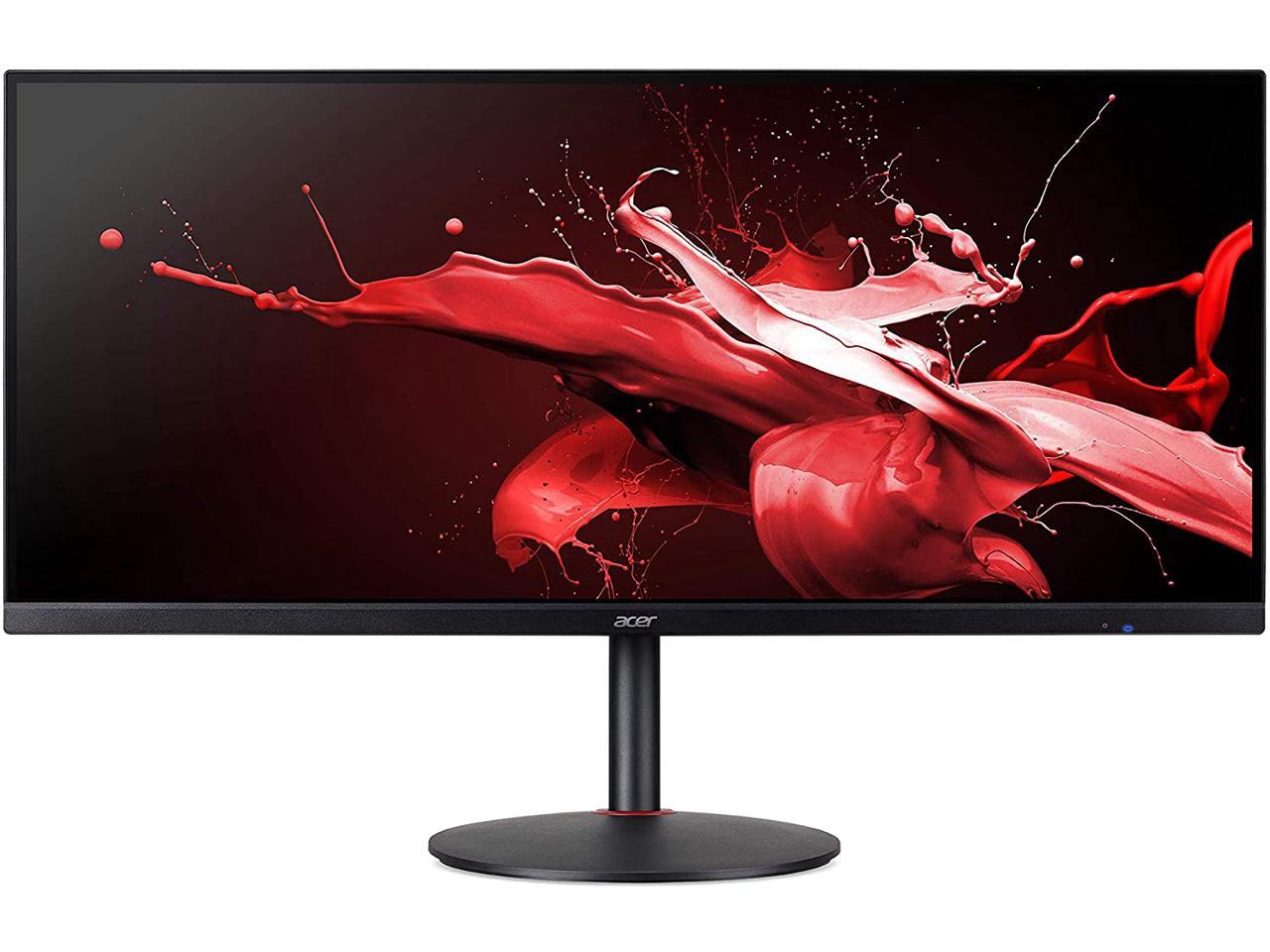 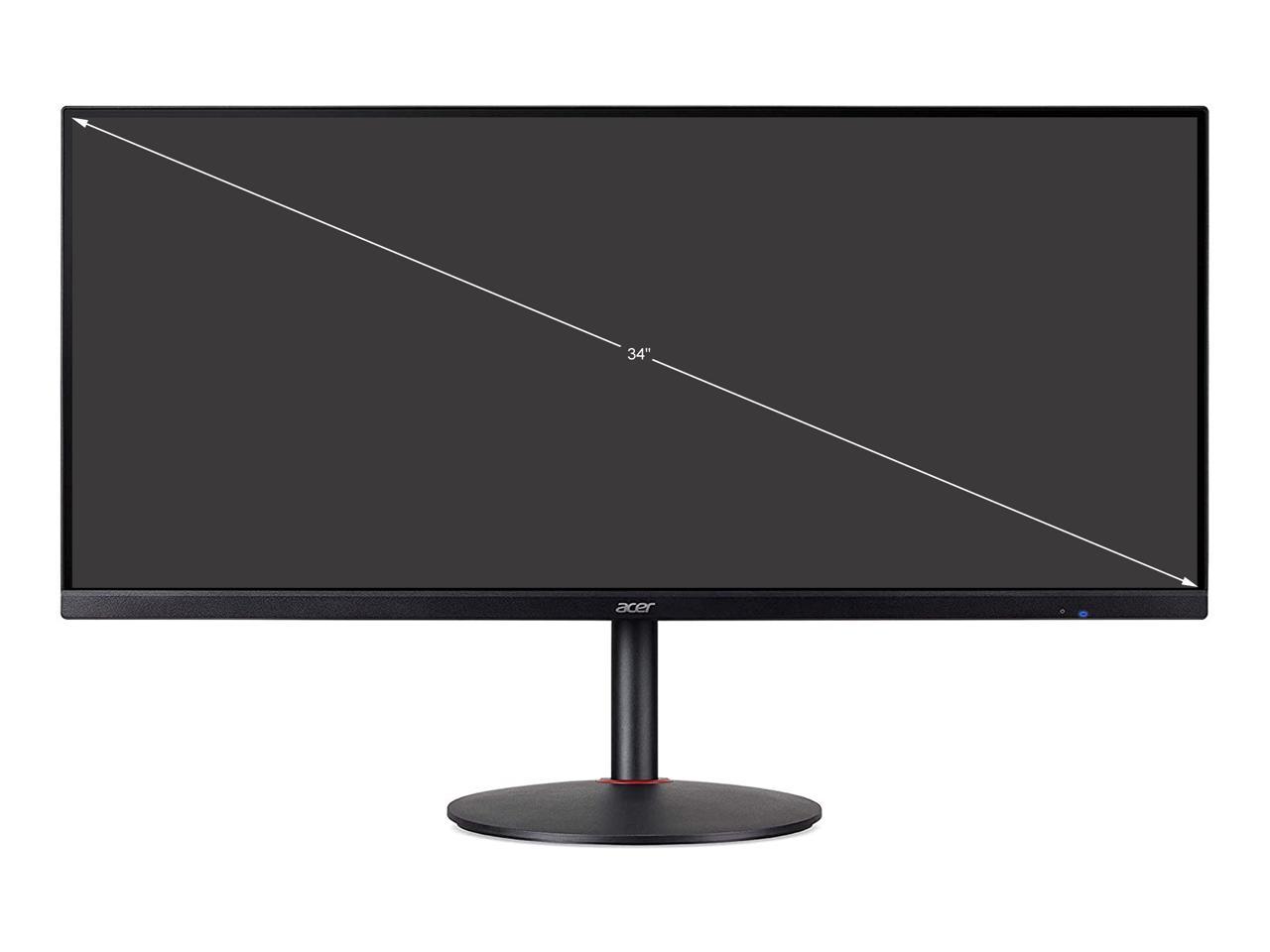 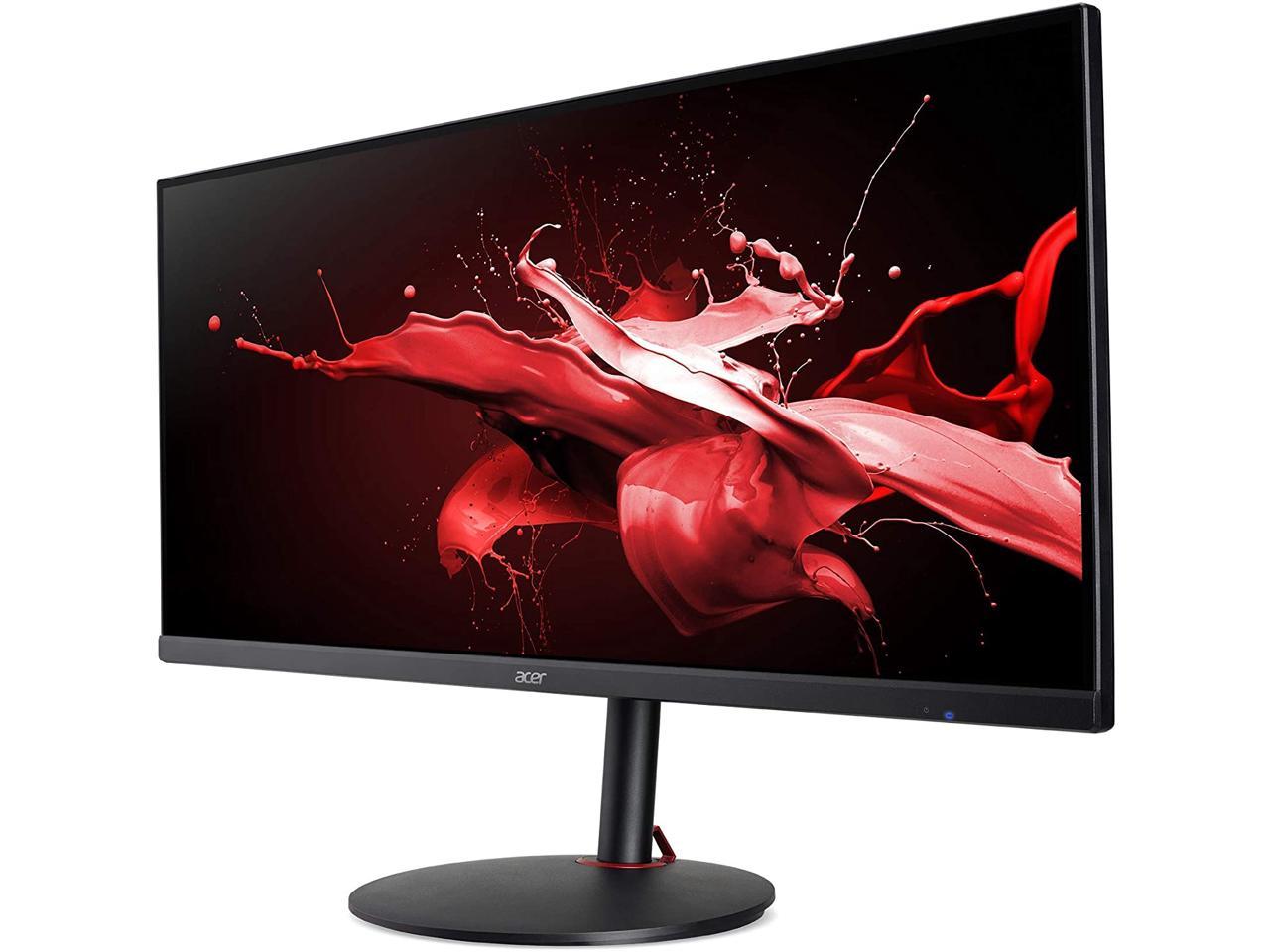 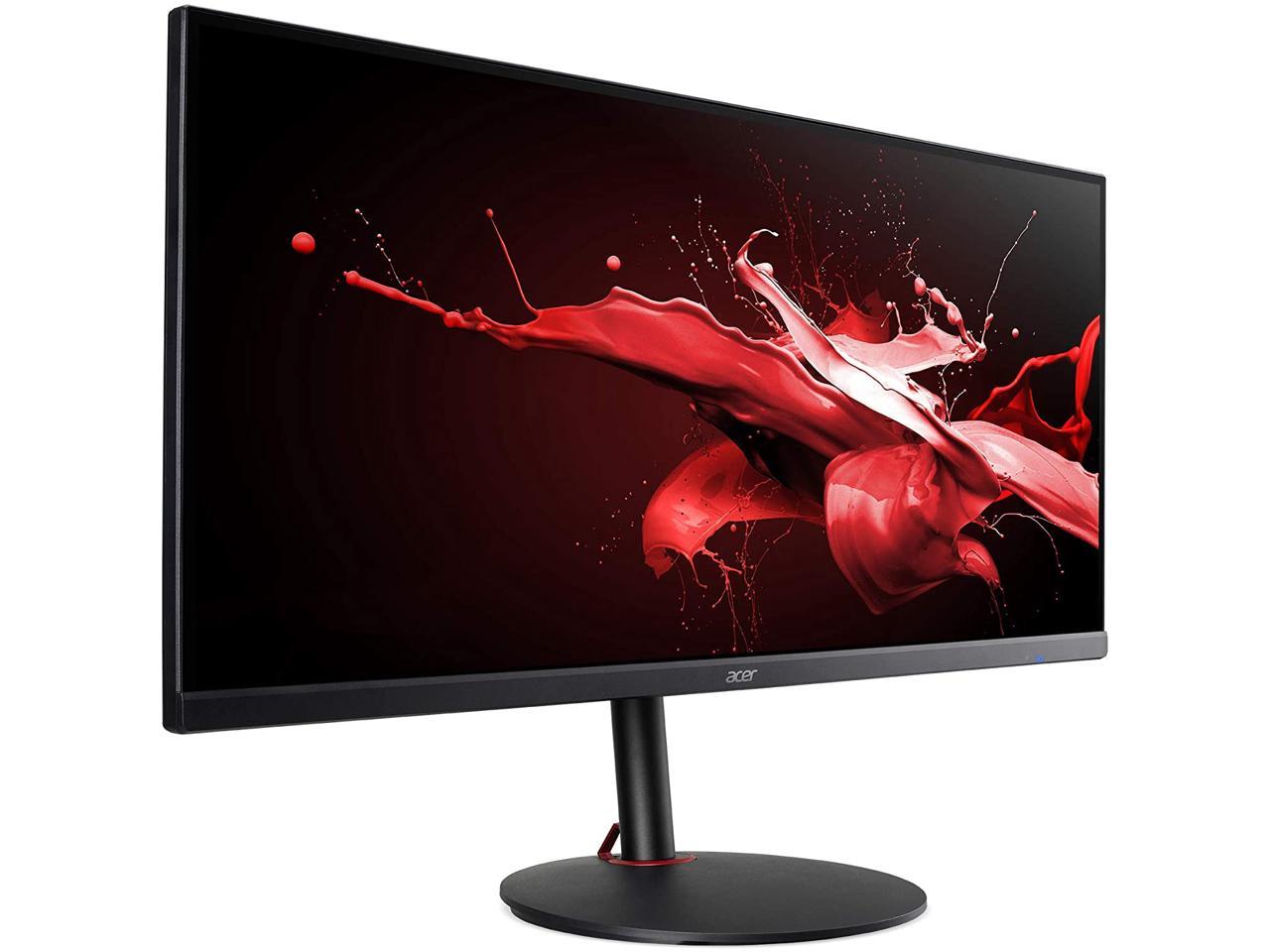 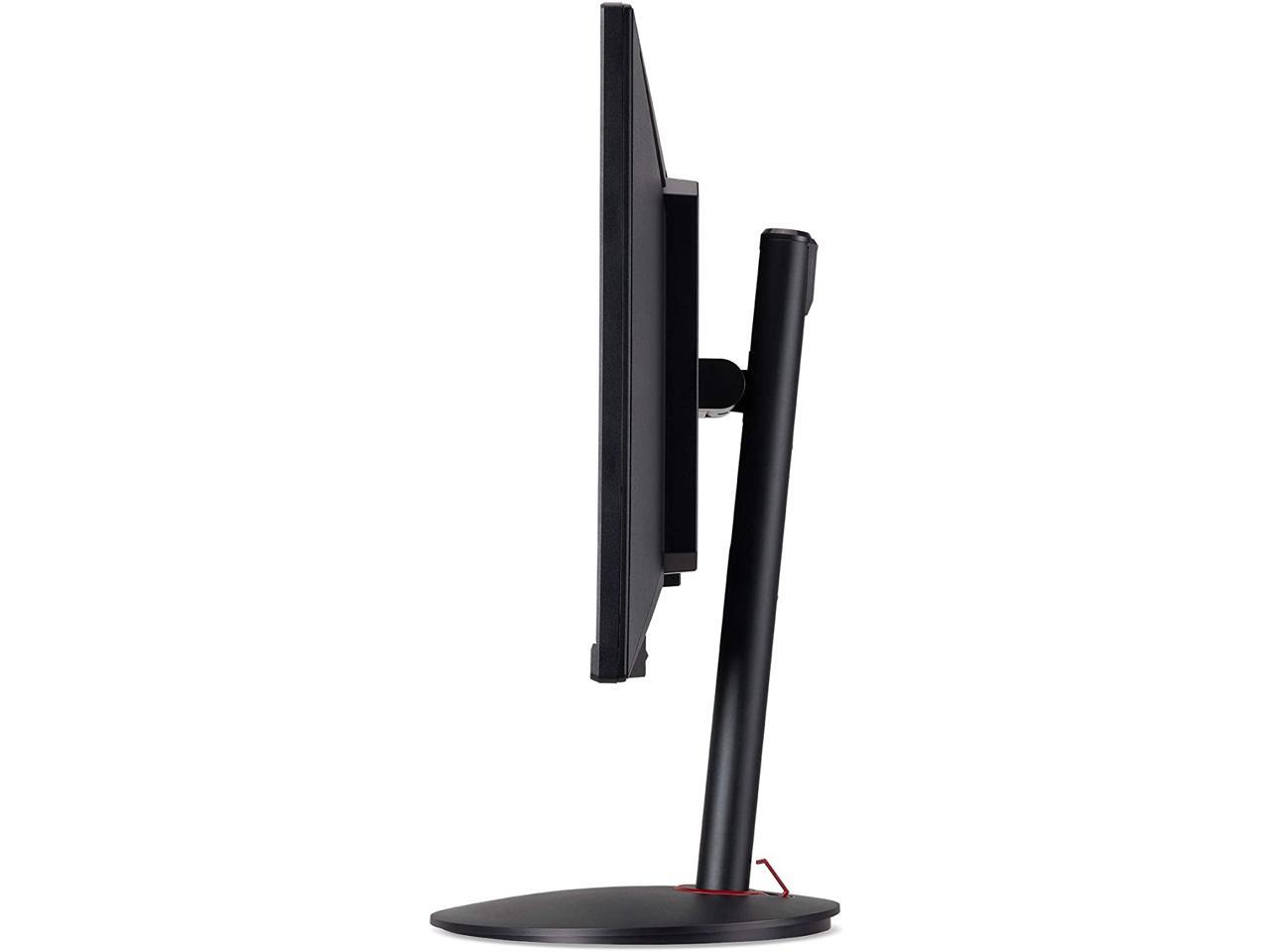 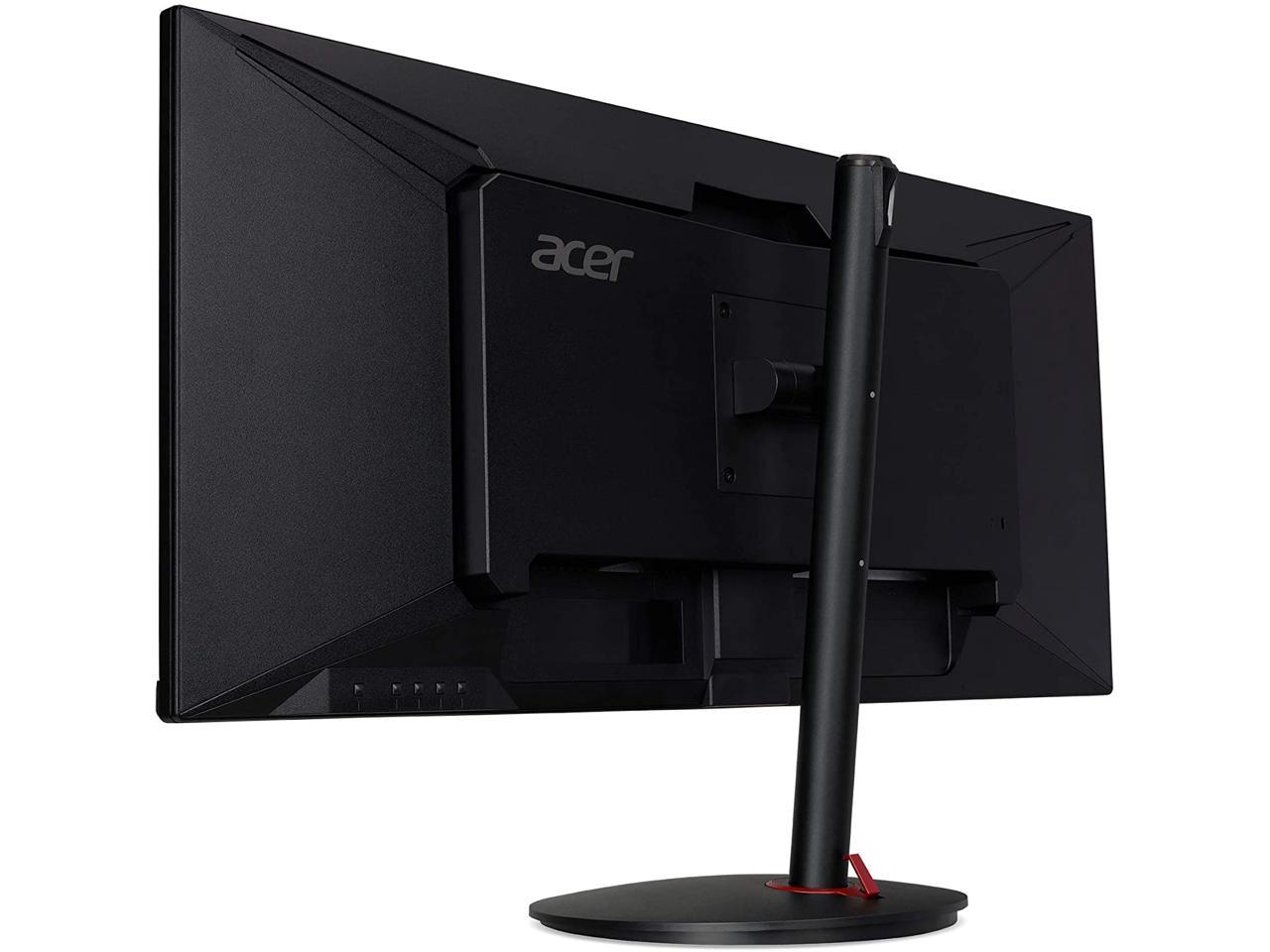 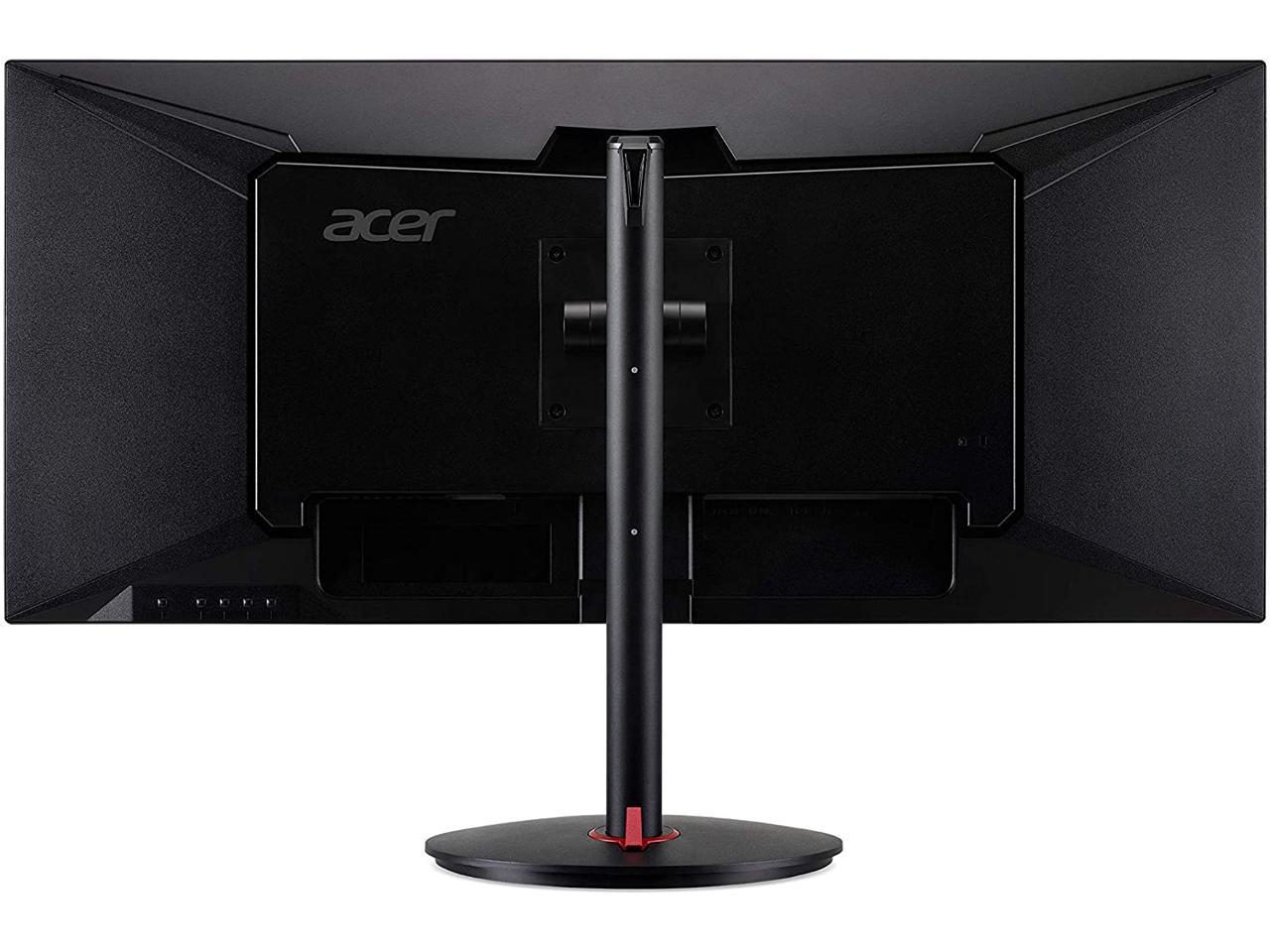 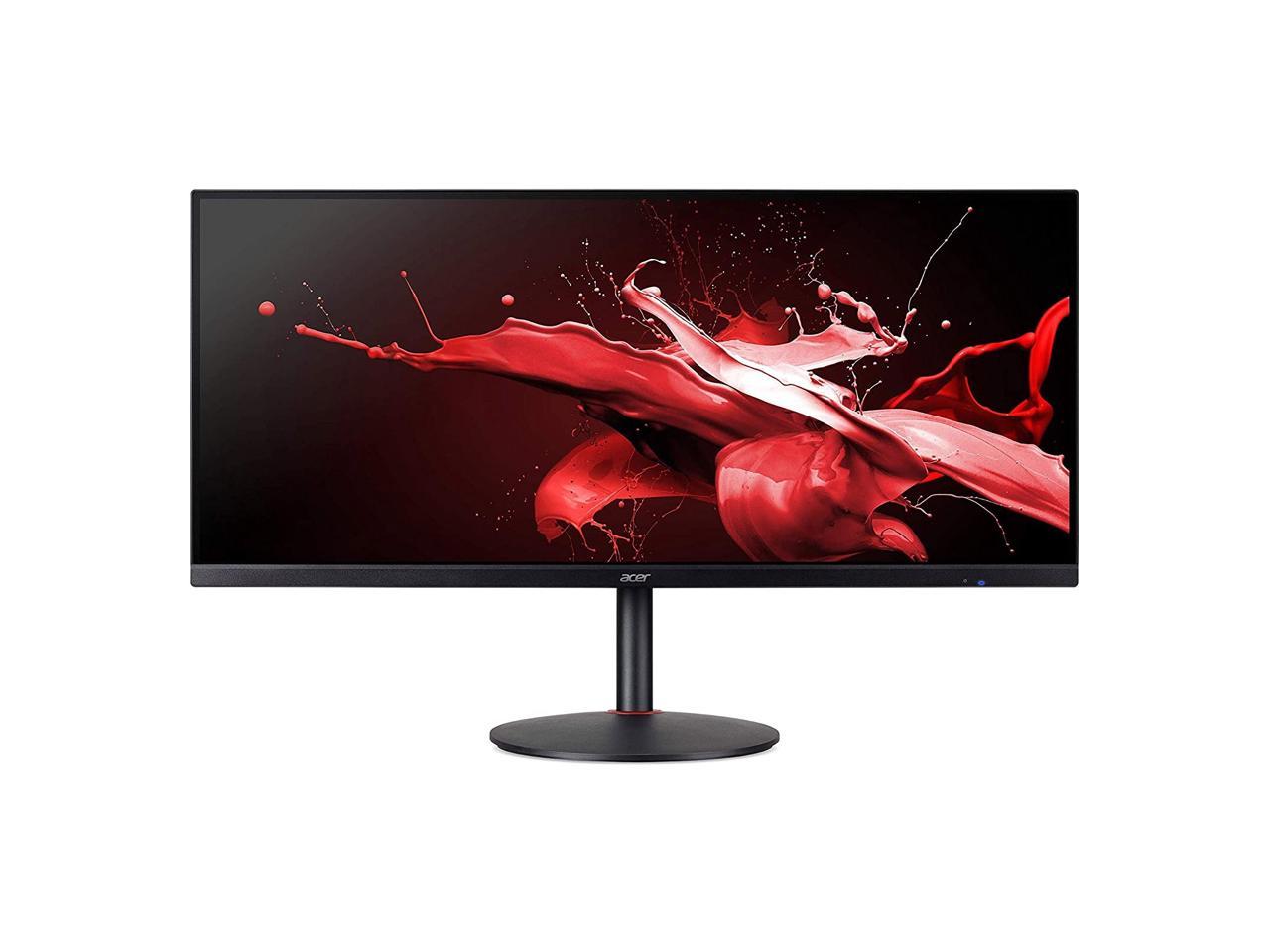 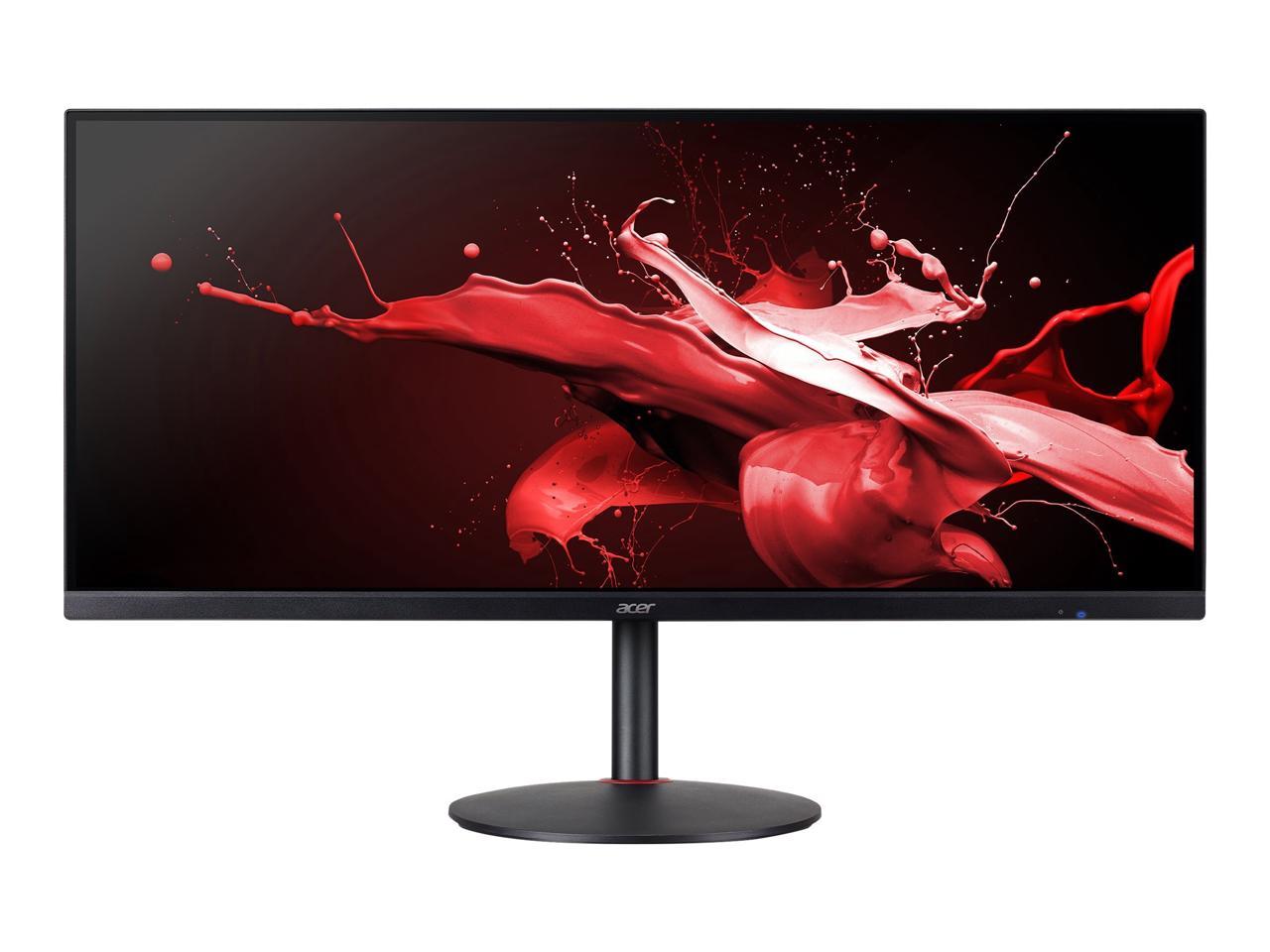 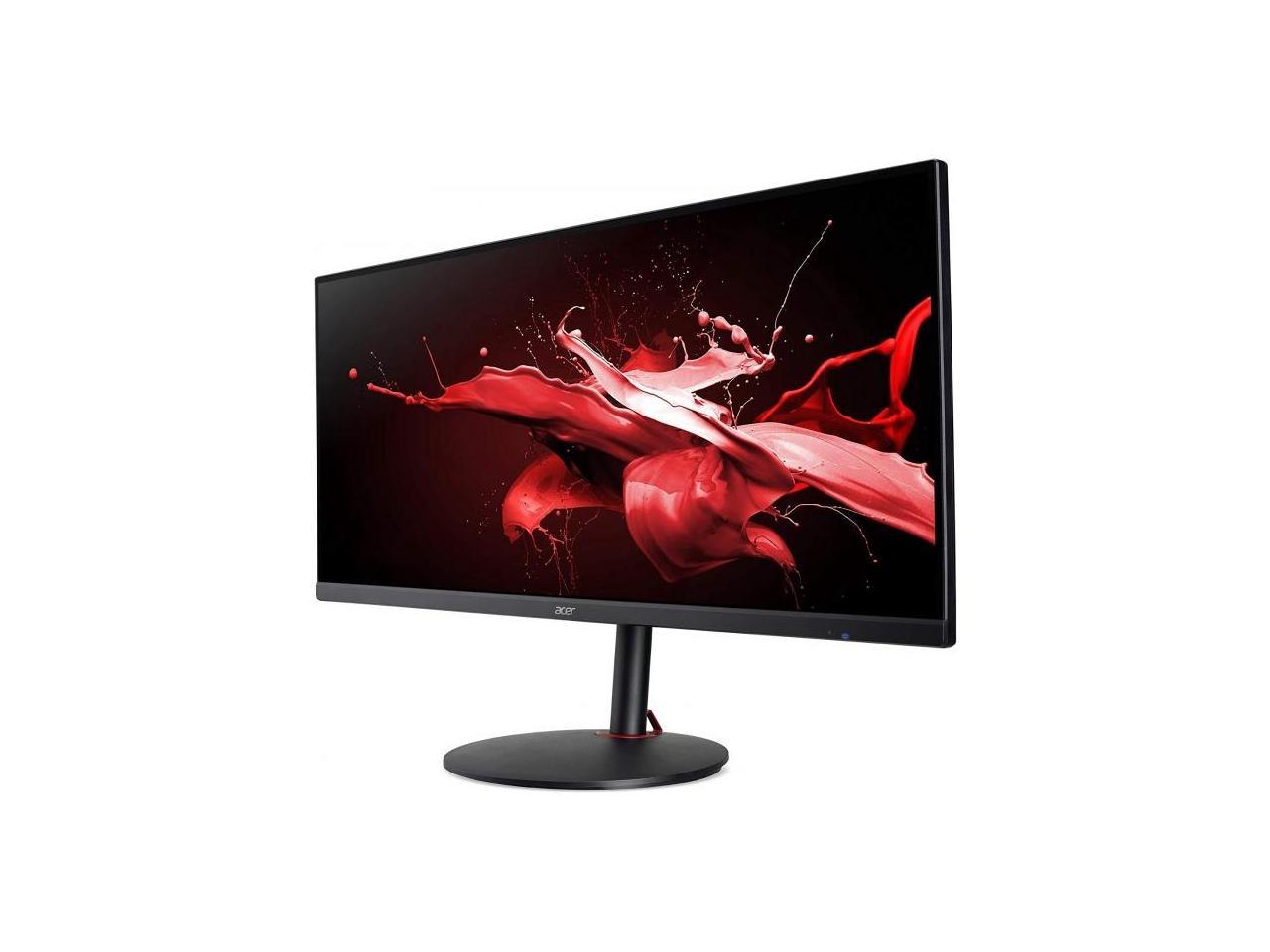 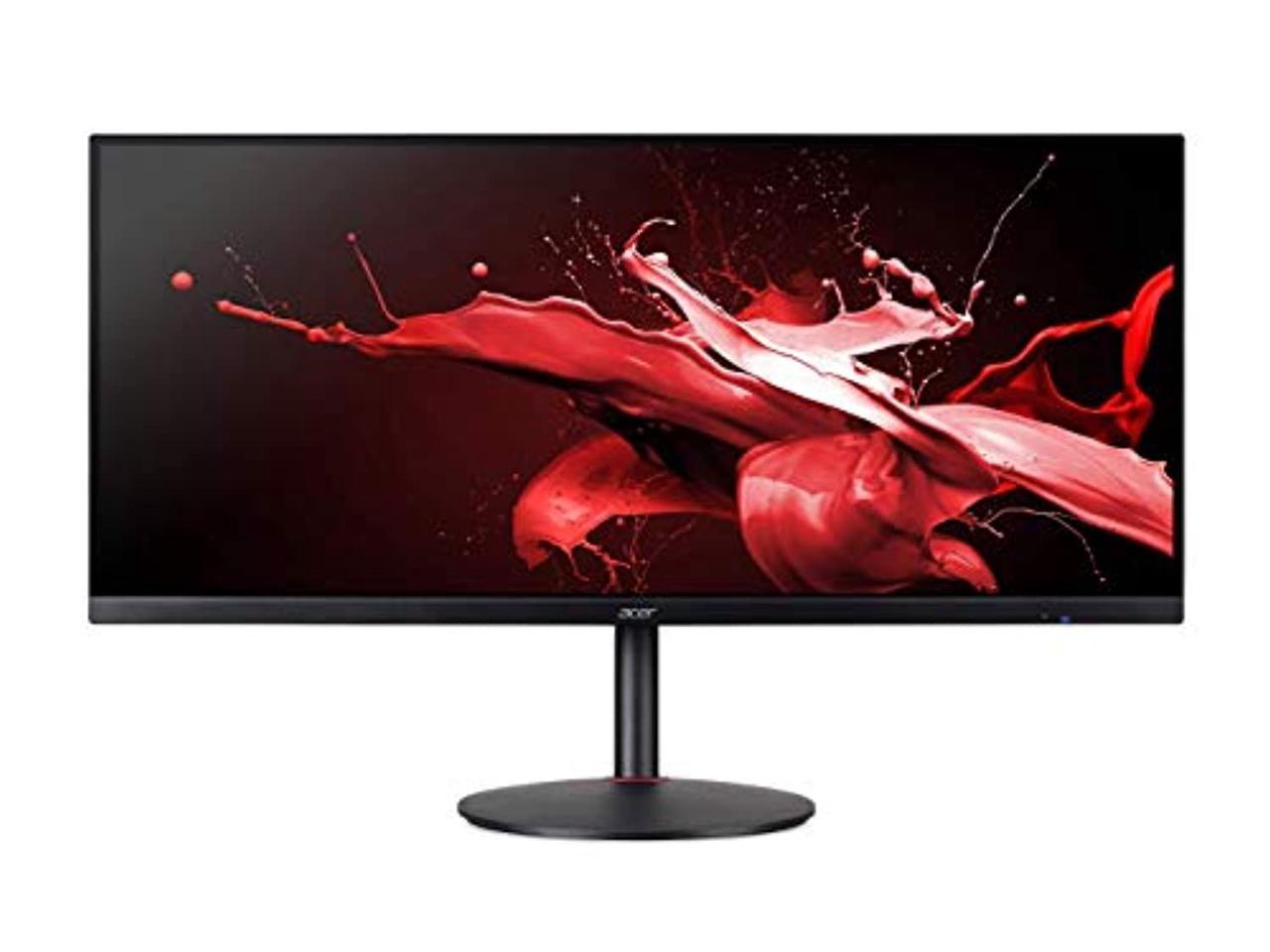 Never miss another second of the action. With up to 34” of glorious 3440x1440 (21:9) UltraWide QHD1 resolutions to work and game with, completely immerse yourself into your games in ways you have never experienced before.

When the action gets intense, precision is key. With a rapid refresh rate of 144Hz, experience ultra-smooth viewing with faster frame rendering and lower input lag to make better decisions, faster.

Make screen tears a thing of the past. With AMD FreeSync™ 3, frames are synced with the graphics card’s frames perfectly, delivering visually smooth gaming experiences.

Bring your gameplay to life. With HDR10 support allowing for expanded contrast ratio and color palette, you get deeper levels of black and white contrast to create even more realistic and natural images.

Give Yourself a Boost

Get ready to settle in for those long gaming sessions. By utilizing Acer BlueLightShield™ and Flickerless™ technologies, protect your eyes from unnecessary strain and fatigue so you can do even more before you take a break.

Edge out the competition with even quicker reaction times. With ultra-low input lag, shave off precious milliseconds to always beat your opponents to the punch.

Cons: If you're too close the screen looks a bit dark near the edges because of the viewing angle, but you really shouldn't be that close anyway.It can take a while to warm up before everything starts looking right. On a cold start I can see the difference between the two panels as they warm up at different rates. After a few minutes though everything is perfect and seamless.Not curved.

Overall Review: I'm loving it. I waited a long time for 2k ips with high fps at a reasonable price point and this one really delivers. The only thing you're really losing out on that you would get with a more expensive monitor is the curve. For me that's a plus because I don't really like the curve, but after using this one for a while I can see why curved monitors exist. There is some dimming at the edges and you have to turn your head a good amount if you're sitting too close. But that's fine as long as you've got the room to push the monitor back a bit. It's plenty big that you don't need it right in your face.My order was damaged during shipping but I went through the RMA process and it was painful and as fast as could be expected. Second one came through fine and seems to be working perfectly after two weeks.

6 out of 6 people found this review helpful. Did you?
Tom K.
Ownership: 1 month to 1 year
Verified Owner
Aesthetically beautiful, new firmware needed or re-examination of board needed2/20/2021 6:50:24 PM

Cons: - This is the second monitor I had to order; prior product had massive pop during that occurred usually during a white screen flicker when scrolling reaching limit. Once, noticed sparks in the back of the unit during the event. Not good. - After the above event, days later a thin, vertical green line then appeared on the right hand side of the monitor causing the return. All occurred within the first 3 weeks of usage. - This monitor does have a small pop when a screen flicker occurs, usually on a white screen, but no sparks have been seen, .... yet. - There have been random times when the screen goes dark for a moment then re-appears, but I suspect this is most likely driver/firmware related.

Overall Review: - Might be pre-mature to have purchased this new monitor as it may have needed to go through more thorough testing. - Yet, it was hard to pass up because it looks so dang awesome. - I'll write back with more detail after more time has elapsed.

Pros: So this monitor looks nice it definitely is well worth if you're lucky enough to not have the same cons...

Cons: Issues I had, first off the first one I received was broken (returned and received new one) that really sucked but ultimately just ended up waiting time. The main issue, screen tearing.... periodically the screen will distort for a split second when watching videos or typing in chats (livestreams specifically) haven't noticed it happen in games (yet) it sucks real bad to pay this kind of money and have this issue, if it gets noticeably worse I'll update bit as of now I'm sucking it up and dealing with it (it's annoying but it's not constantly happening every time) I just hope it doesn't give out. I don't know if this issue is the monitor or some internal damage from shipping (like from being banged around) just know what you might be getting into before you buy.

Overall Review: I can't recommend this, I wouldn't buy it again, with getting two and one being broken then the second having issues like that, It's just not worth it.

Overall Review: The monitor is big and very bright. Working fine until now. I had to use RMA because the first one had dead pixels, but this other one is perfect.

Overall Review: Worth the buy.

Pros: Great screen with amazing.graphics, was a huge upgrade from my last monitor

Cons: The display port on on GPU causes a code on my motherboard. So that was super irritating. Has nothing to do with the monitor however, it does cause the screen to run at 100gHz on HDMI instead of 144gHz on the DP.

Overall Review: upgrade from a 1080 60hz and this monitor is life-changing, the ultrawide screen makes gaming great especially in games like R6 and Cold War. The graphic resolution for them monitor makes games that support 3440 looks ultra-real and if your computer can handle ray tracing an even bigger improvement. Best price and quality monitor for the specs and size.