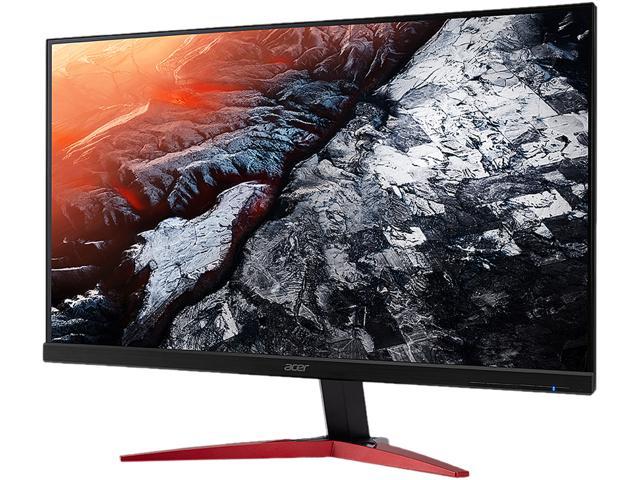 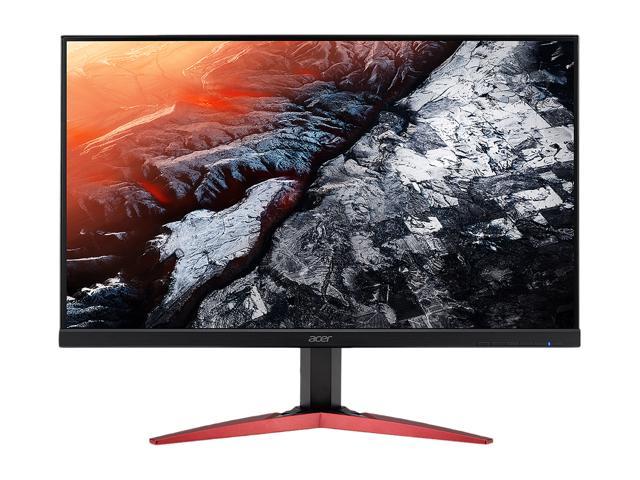 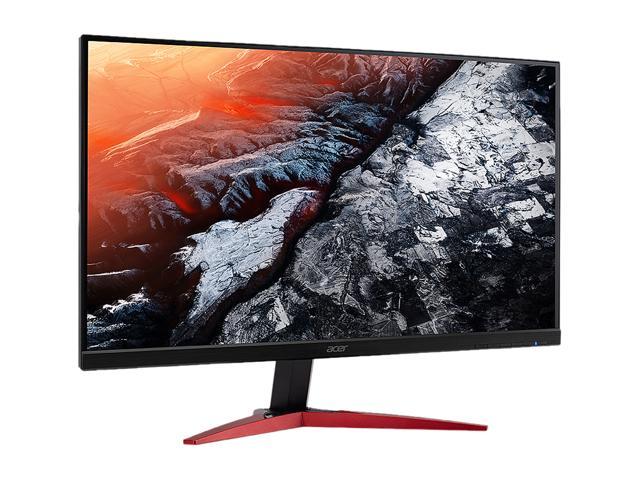 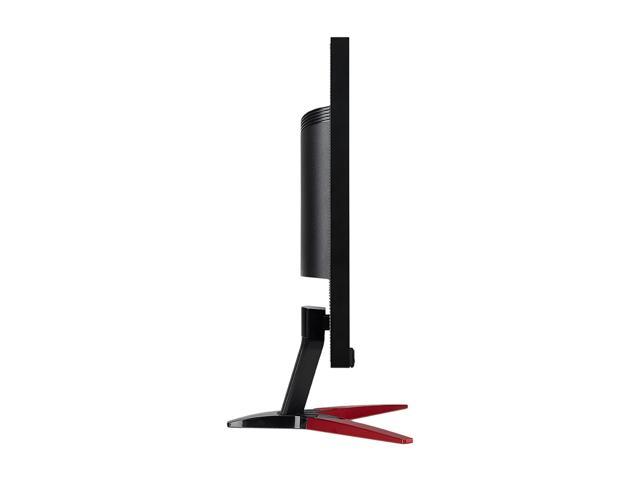 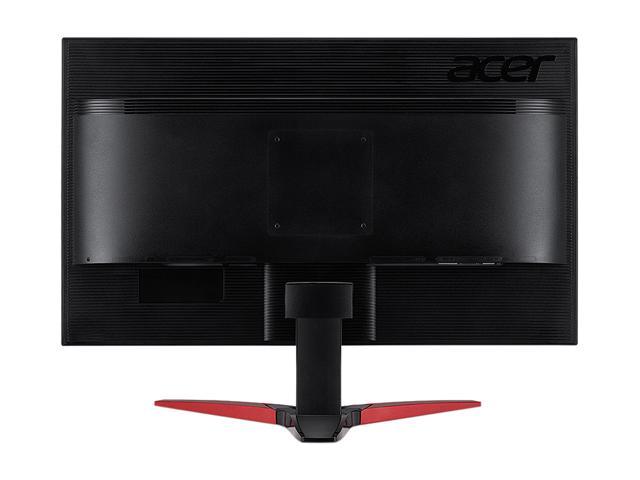 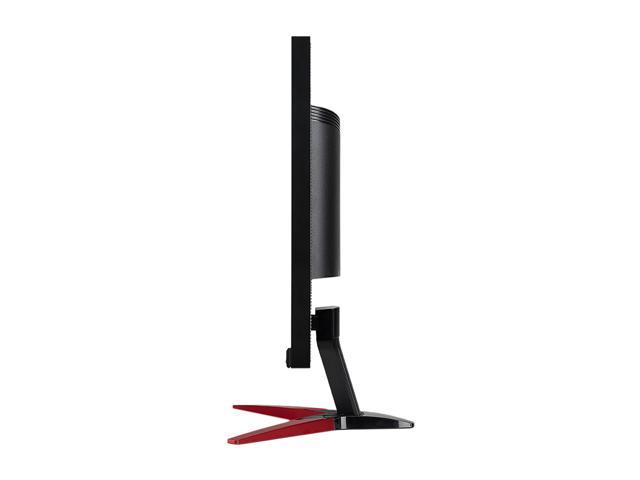 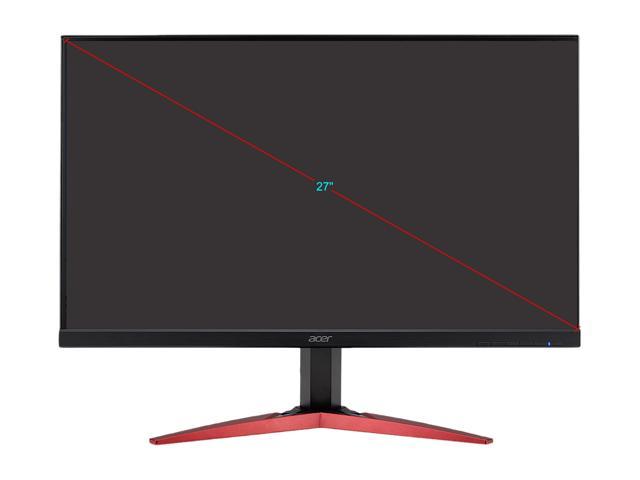 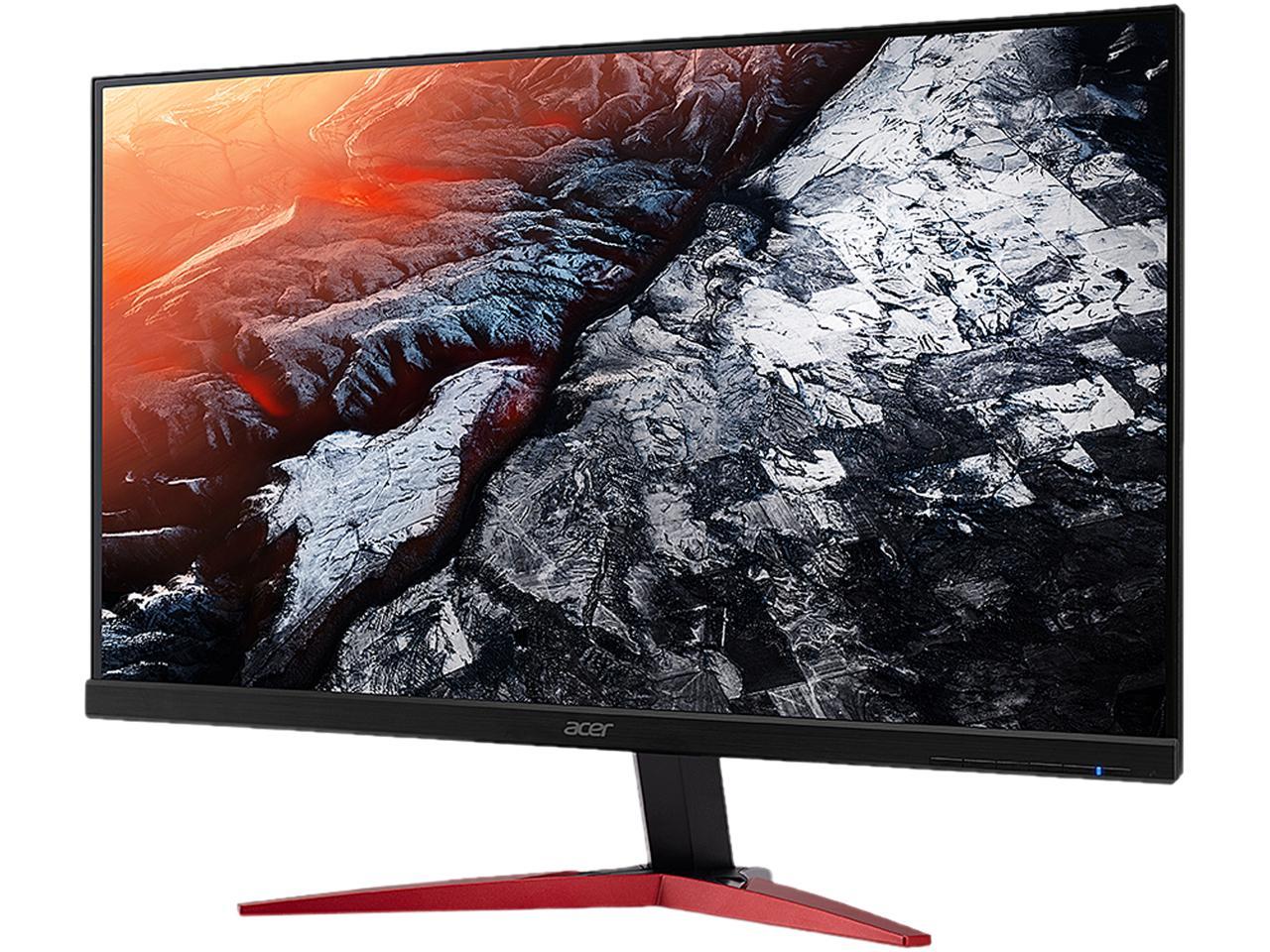 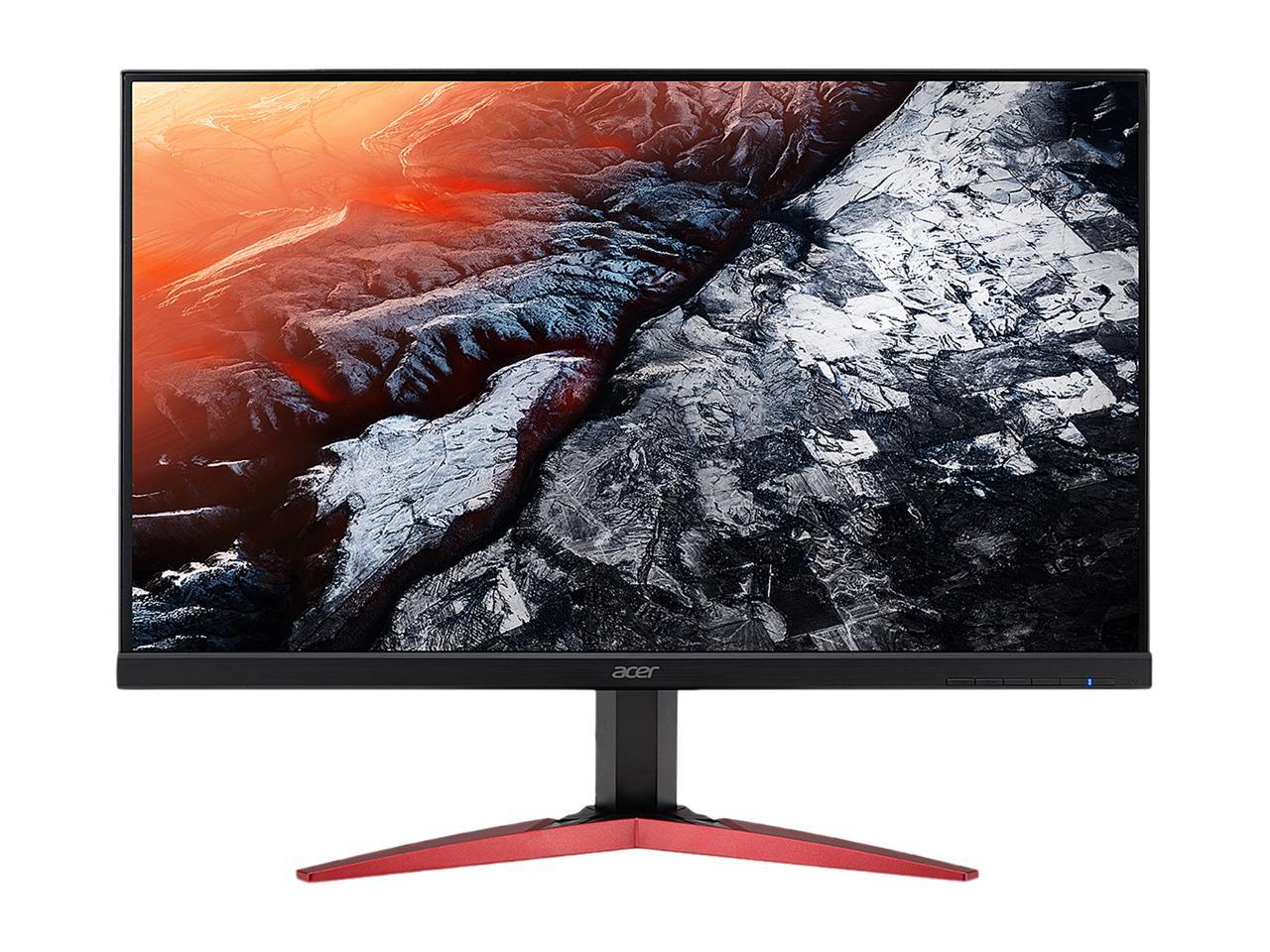 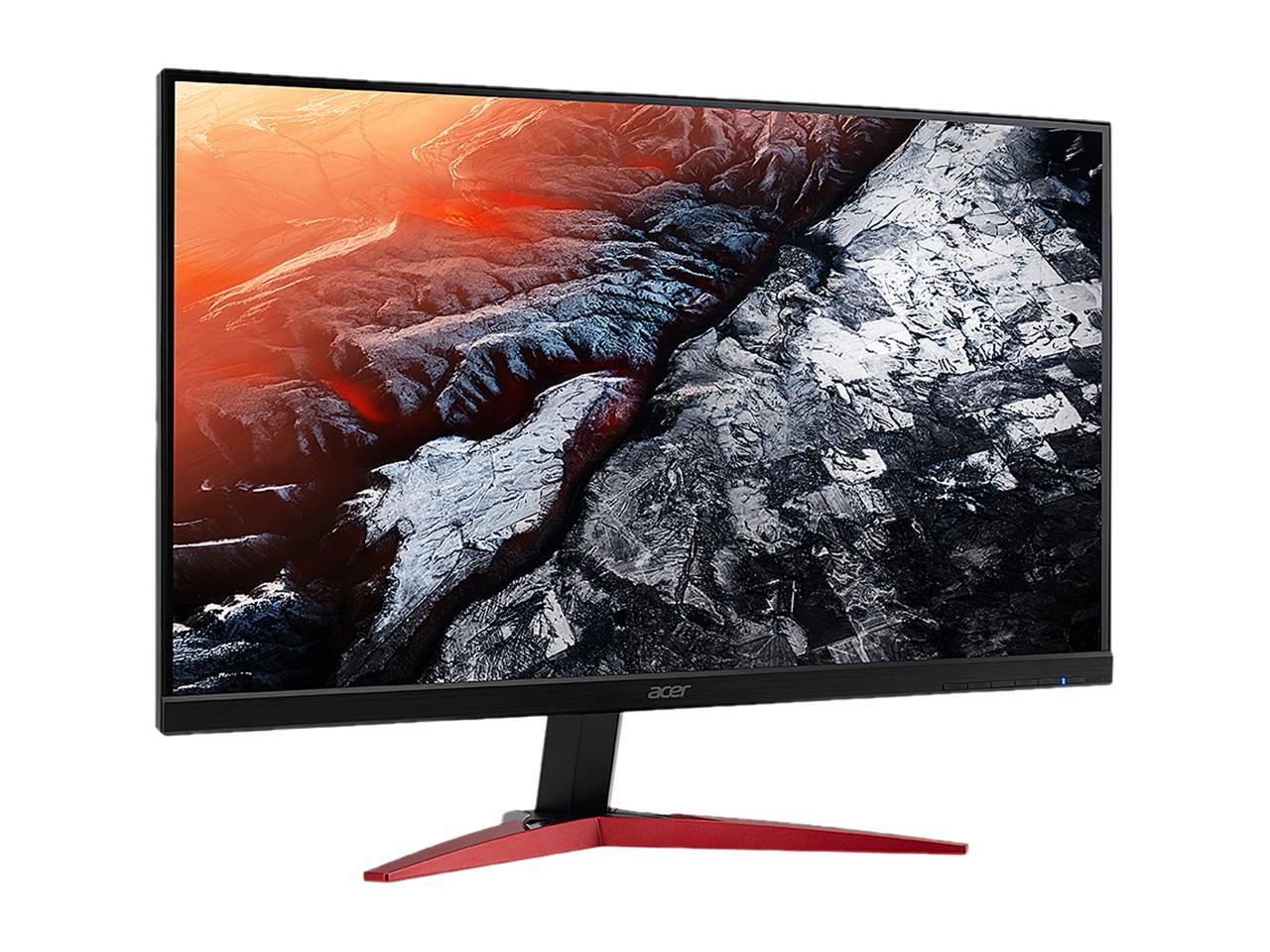 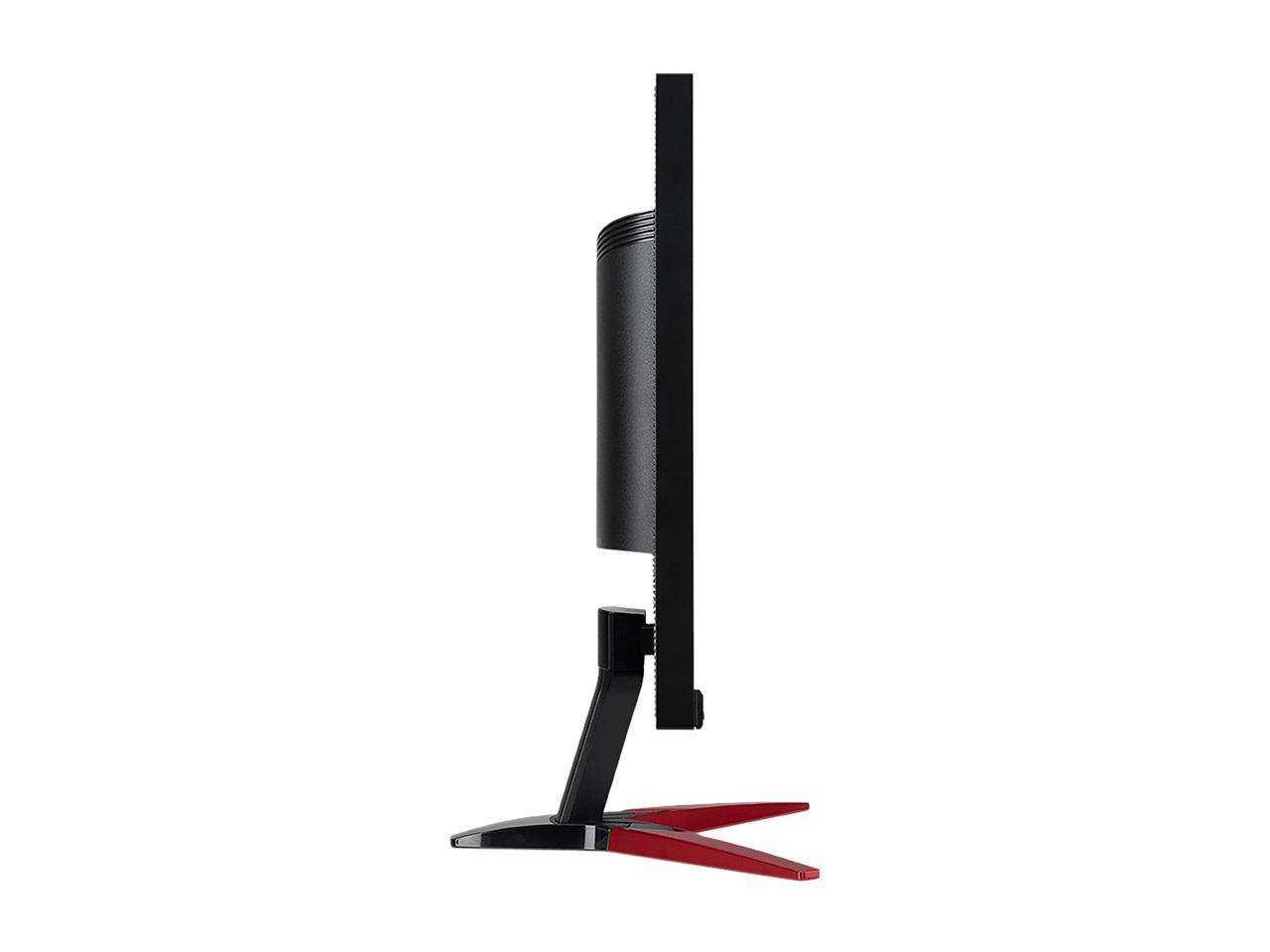 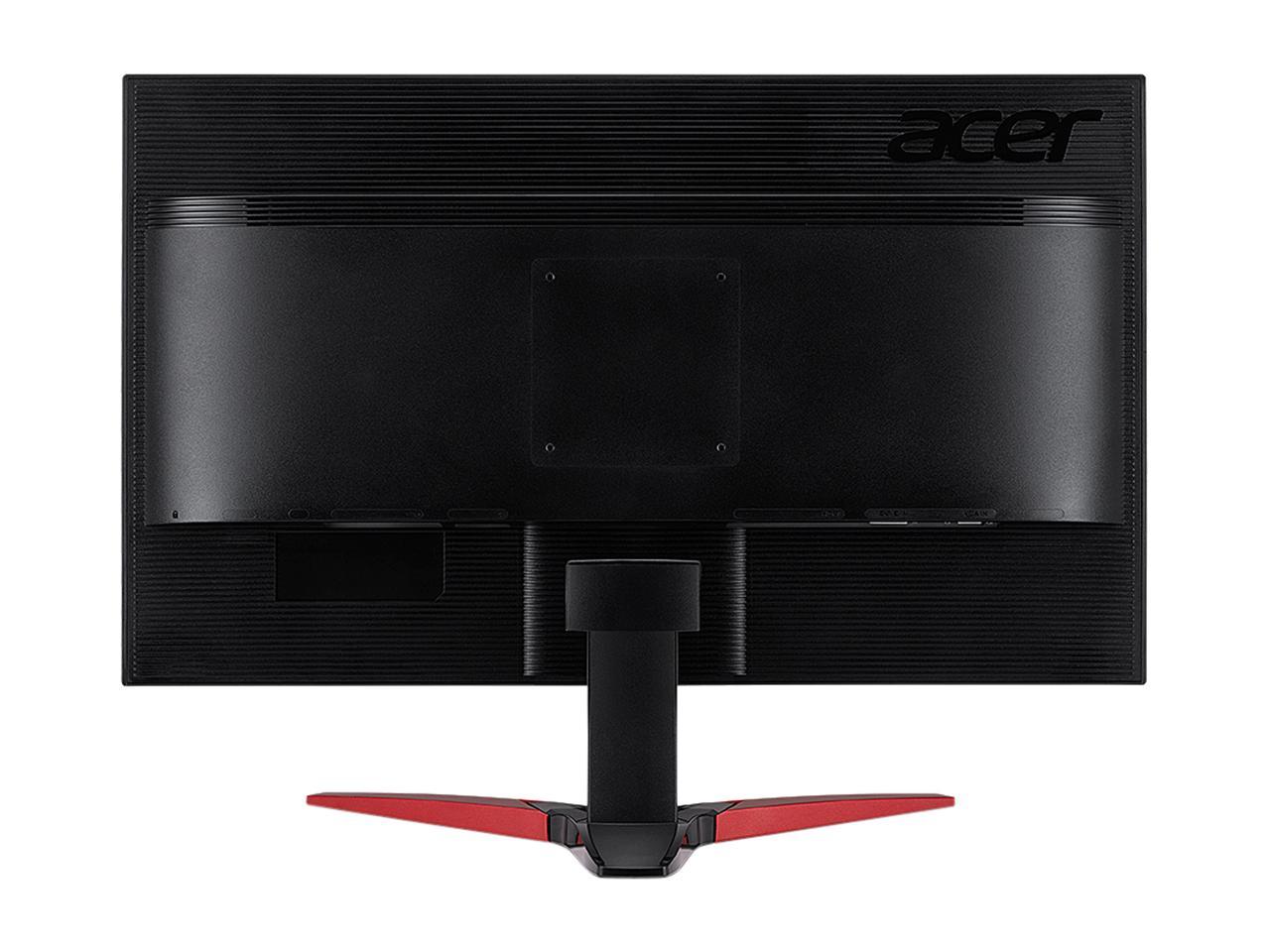 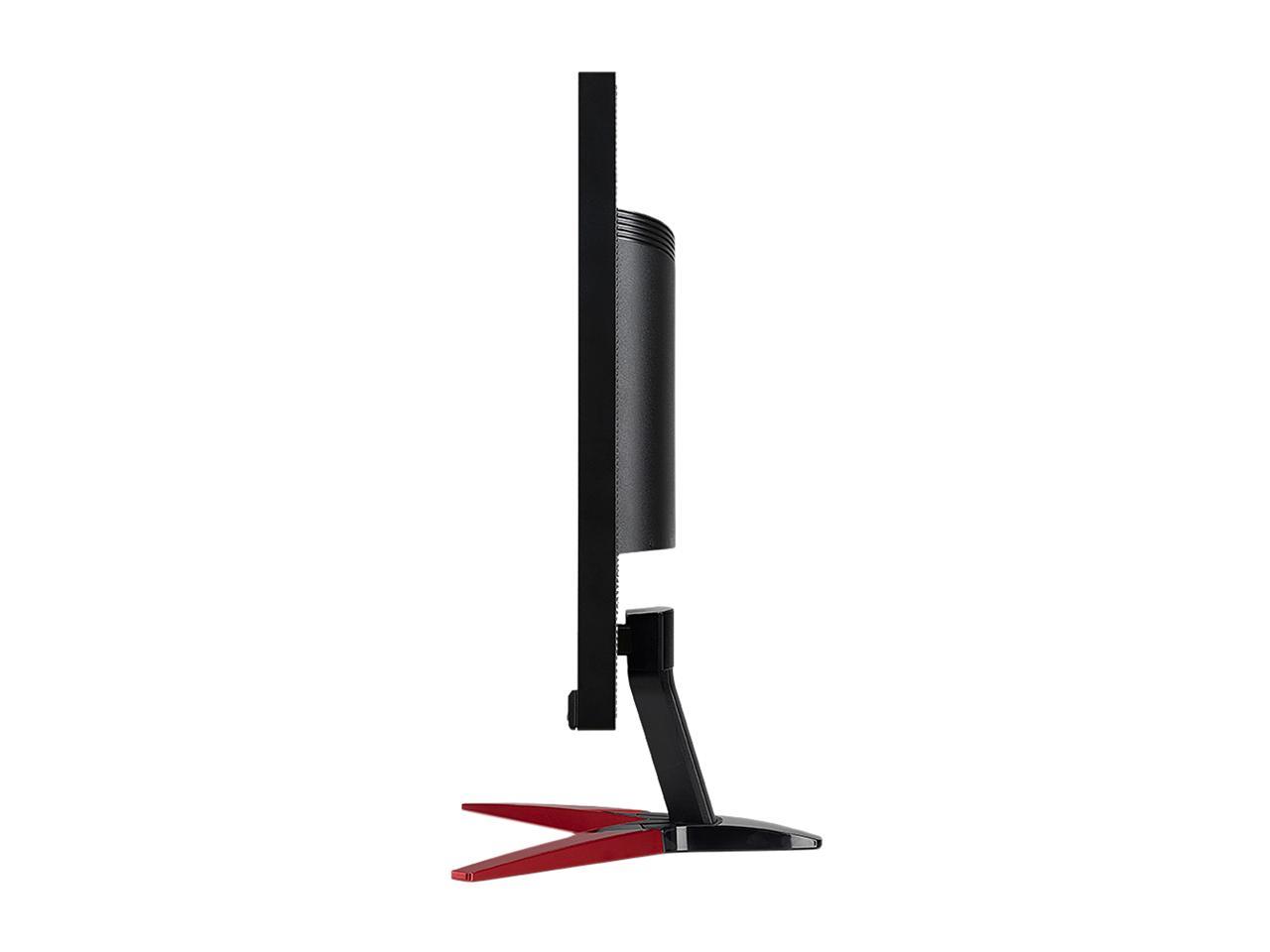 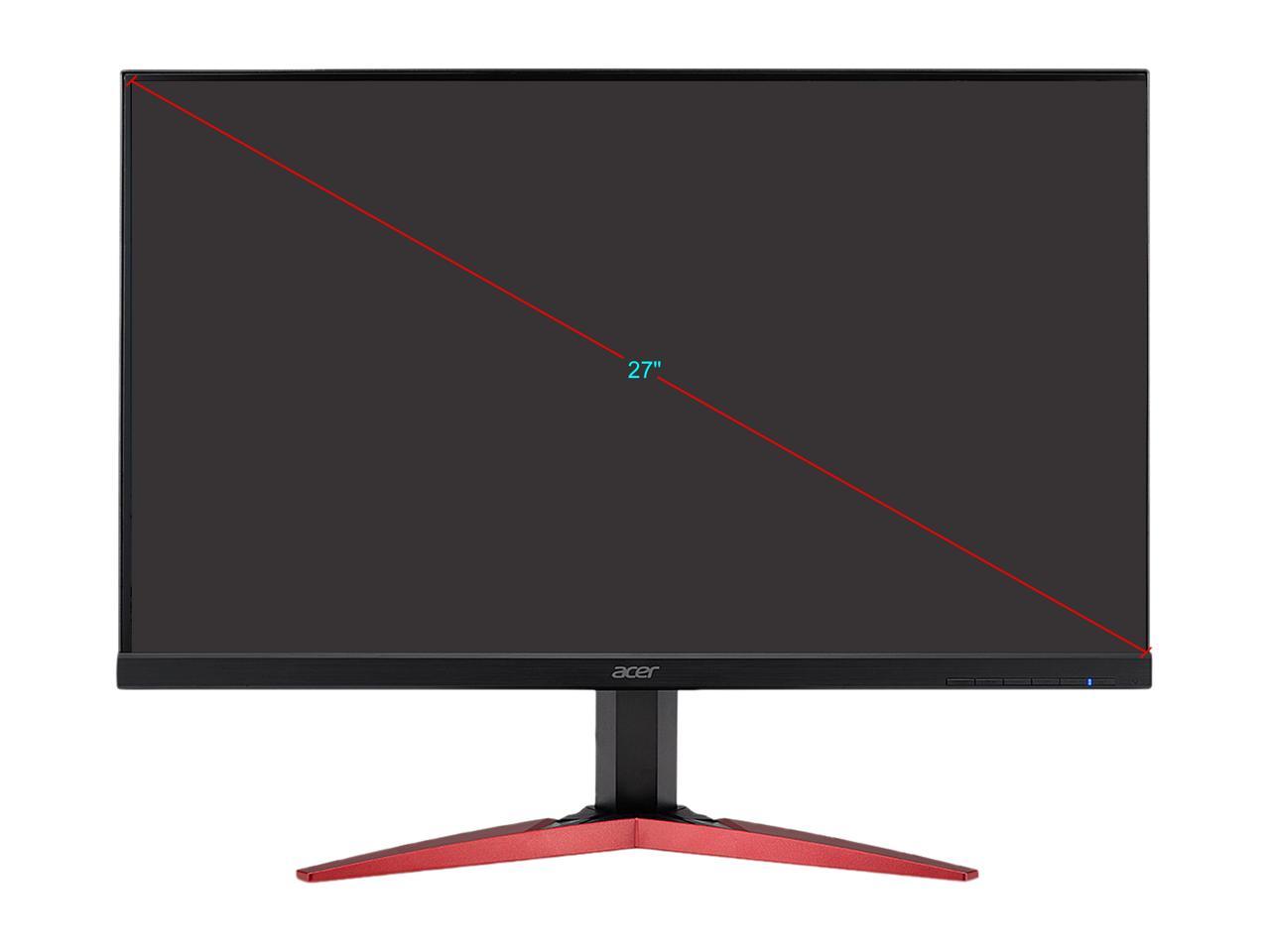 Pros: -Price: I got it for just over $100 after shipping and tax -Great picture quality, I'm no expert but the picture looks sharp to me and the colors are decent right out of the box. -Vesa mountable, plan on picking up a monitor arm soon. -no external power brick -Adjustable blue light settings ( not just on or off but adjustable in increments of 10%) -Freesync capable I use an Nvidia GPU so I have to enable V-sync in the game settings which will help reduce tearing but I'm seriously thinking about grabbing an AMD GPU to fully utilize Freesync.

Cons: none so far, have been using it for a little over a week and I'm in love with it.

Overall Review: I thought the 22" screen might be too small but so far, its perfect for me. The bezels could be smaller but as it stands they're only 1/2" thick, which isn't too bad. I haven't noticed any glare, at all. It comes preset at 60hz but changing it to 75hz is a breeze, I didn't even read the manual (I like to figure things out on my own and will only consult a manual if I cant figure it out). The stand didn't seem too wobbly (my desk is, so if I bump it then the monitor jiggles but that's not the stands fault). The stand comes in two pieces that need to be put together with a screw and then it slides into the monitor and clicks in. It was a little hard to tell when it was fully seated because there wasn't an audible click to let me know, I had to tug a little bit to find out that it wasn't properly seated ( I always double check any kind of connection, make sure you do too) Overall I'm extremely pleased with this purchase, Ive put together customer builds and could never really recommend any "gaming" monitors because I never tried any out, I usually grab old cheap monitors for myself but I'm glad I picked this up and will definitely recommend it for a good budget gaming monitor.

Pros: it is 144hz and 1ms response time, feels great to use at first and acer has good customer service

Cons: This monitor has stopped working for me randomly several times. I would stop taking an input from my computer when i use DP cables and i have had to return the monitor to get fixed after it stopped working.

8 out of 8 people found this review helpful. Did you?
Manufacturer Response:
Dear Toby, We are sorry you are having problems with your Acer monitor that required repair under the warranty. Since you took advantage of the warranty on your product we will get your monitor repaired and back to you as quickly as possible. If you need further assistance with your monitor after the repair, please feel free to contact Acer support for assistance. Contact information is posted here for your convenience: https://www.acer.com/ac/en/US/content/service-contact We appreciate you taking the time to write this review. Thank you, Acer America
Anonymous
Ownership: 1 day to 1 week
Verified Owner
Great monitor6/30/2017 4:40:50 AM

Pros: For the price it's a great monitor. 1ms response, freesync, 75hz.

Cons: Some will say 1080p get pixelated, I have not really noticed if it does.

Pros: This monitor has very vivid colors, and is very clear. It sits well, I didn't think it would because the stand looked a little questionable to me, but it sits up quite well. It was very easy to set up and honestly I wish I could get two more.

Pros: pros: 144hz and cheap with a cool looking stand.

Cons: Cons: like many of the other reviews i had a dead pixel out of the box which really bums me out as id love to give this monitor 5 stars (or eggs). colors were pretty washed out out of the box but thats whatever, you should be adjusting your monitor to your preference when you get it anyway after adjustment they were fine for me. the speakers are super lackluster and very tin-y sounding (if that makes sense) but again this is a monitor, you should have an external sound system.

Overall Review: recommend? yes if on sale would i buy again? meh... if it didnt have a dead pixel out of the box i probably would but that kind of killed it for me. overall: decent buy if you are looking for a cheap 144hz monitor.

Cons: -The monitor sits pretty low and only allows for slight vertical tilting, forcing me to purchase a dual monitor mount. Not a huge deal but if you don't like to look "down" to your monitor during use you may want to figure out a way to get it up higher.

Overall Review: Would definitely recommend at this price point, you can't beat it. My other monitor is an AOC 24" 144hz 1ms and that was the best deal @ $200 that I could find for a 144hz and 1ms monitor - got this on a black friday special for a total of $160 after tax/shipping. Happy with it so far! -Use a DisplayPort cable to allow for the full 144hz. Plugged it into DVI originally and was only getting 120hz. The monitor does come with the DisplayPort so all is good.

Pros: -great colors -size 27" for $150 come on now -refresh rate -75hz yeah it could be better look for a 1080p gaming this is probably one of the best monitors you can buy I just bought a second for a dual screen setup

Cons: -speakers, other than that I've had absolutely no issues with this. -VGA port Now normally the VGA port isnt an issue but when my GPU has one HDMI, DVI and 3 Display port I'm really curious why this monitor doesn't have a DVI port. the speakers absolutely suck on this but i never intended to use them, i have a headset and many people have their own speakers they use with there computers just cause most monitors dont have them or they suck. its just how it works. Ive seen many other complain about blacks not being black IMHO they are probable color blind or atleast color sensitive

Pros: -Great price (I bought it on sale for $110, but the regular price is still excellent considering this monitor's features) -Colors aren't terrible for a TN display 75hz is a slight but noticeable improvement over 60 hz Freesync works wonderfully (see other) 1 MS response time is a godsend for FPS games. OSD is easy to use once you get used to it, and comes with interesting features like a refresh rate counter and even 3 built in crosshairs. The latter feature is particularly interesting; if you don't like a game's crosshair options, you turn those off and use this monitor's crosshairs instead.

Cons: -Wobbly stand. This is my only complaint because any other flaws aren't relevant to my situation. When paired with my El Cheapo wobbly desk this setup can get uncomfortably shaky during intense online gaming sessions. Only reason I docked an egg, but if I find a fix i'll bump it up to 5 stars.

Overall Review: -Freesync requires you to cap the game's FPS slightly below 75 in order to kick in. I'd recommend 73, because with 74 you will still see an occasional torn frame (but it won't happen often and it'll even resemble a scan line in a way, so it could be seen as a cool effect for retro games lol). This may seem disappointing but 2 frames isn't a huge difference since the refresh rate changes accordingly. -If you're upgrading from a 720p TV, as I did, then you will be blown away by how much better this thing is for online shooters. I primarily play Overwatch, and I noticed that my target tracking was at least 30% better than before (meaning I can actually play DPS roles without my team yelling at me, for a change). That being said I don't have Freesync enabled for OW as I prefer to have the least input lag at the cost of tearing (I still strongly recommend using Freesync in non-competitive games if you have an AMD card). -This monitor's speakers are absolutely puny. I have a headset, so this isn't a con for me. If you were hoping for a way to save money, just get a cheap pair of headphones; this monitor fully supports any 3.5 mm (both audio in and audio out) and I've heard $10 earbuds that are louder than and superior to the microscopic speakers on this monitor. -The 1-2 egg reviews complaining about the colors are absolutely ridiculous. Granted, my previous display was trash when it came to colors, but the blacks aren't really as bad as people are saying. Of course they're going to be worse than your fancy IPS graphics workstation displays, because it's a TN panel. TN panels are good for gaming and situations where low response time is required, not for things where everything needs to look 1:1 accurate. The viewing angle, which is said to be nearly unbearable on TN displays, is still better than my awful 720p TV that I was somehow able to tolerate for 3 years.