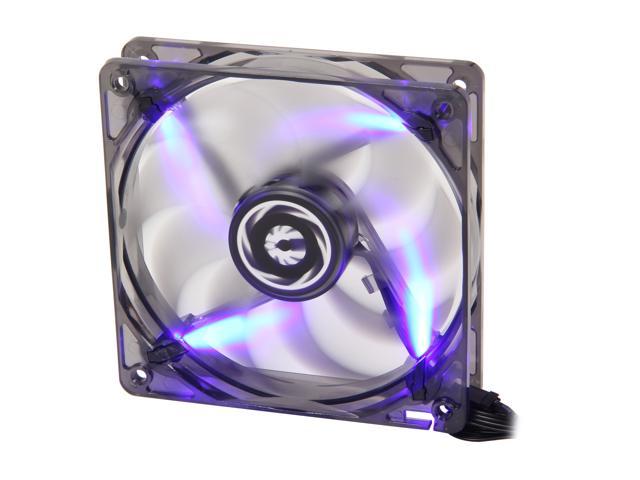 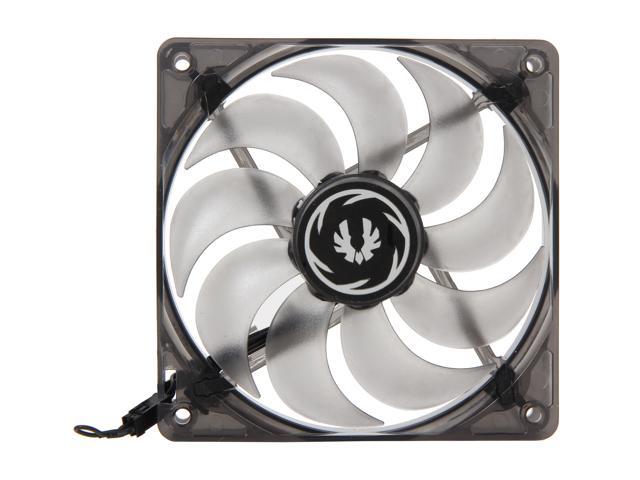 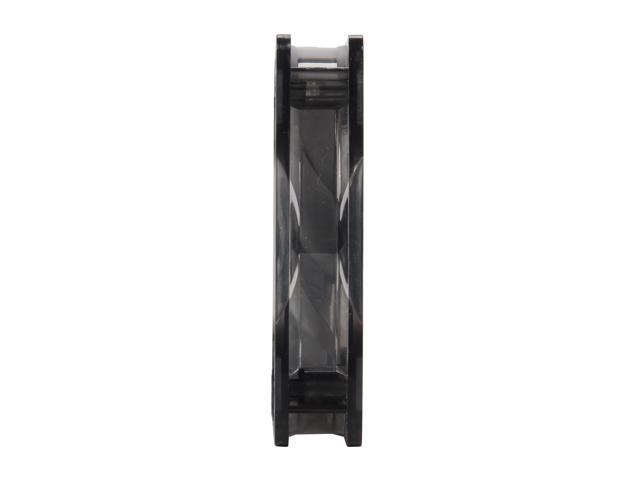 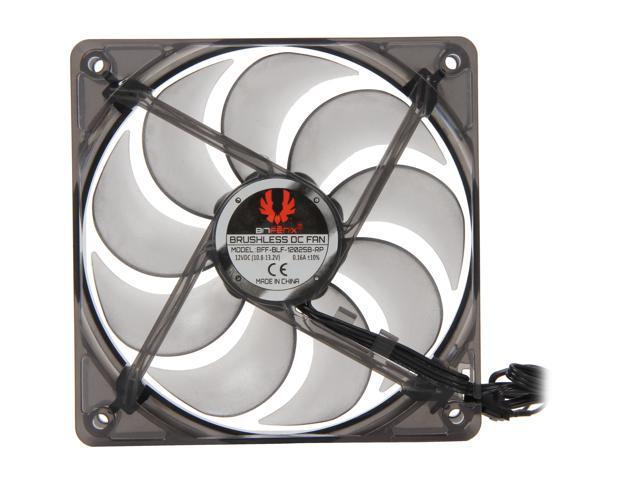 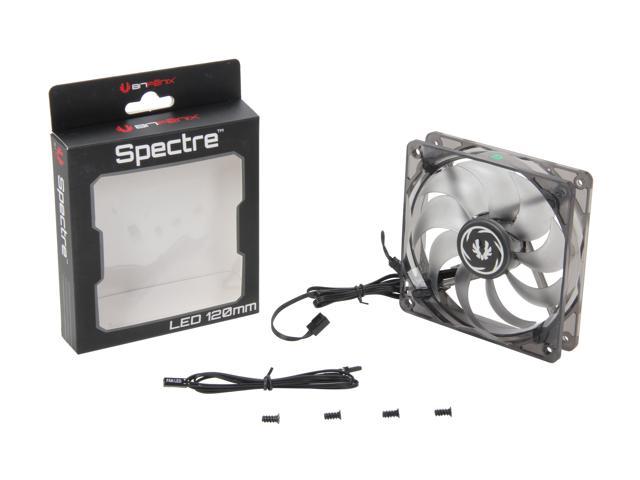 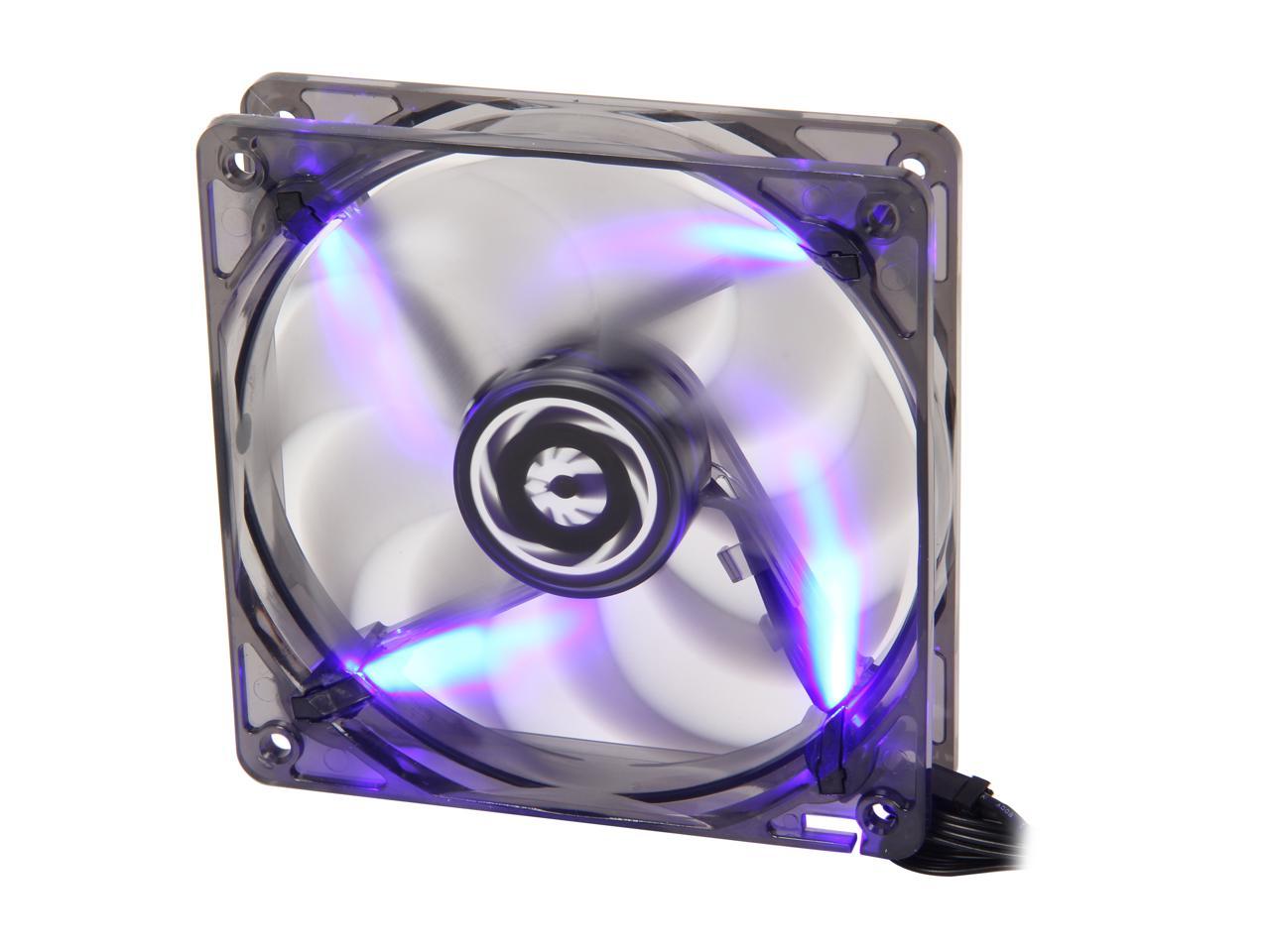 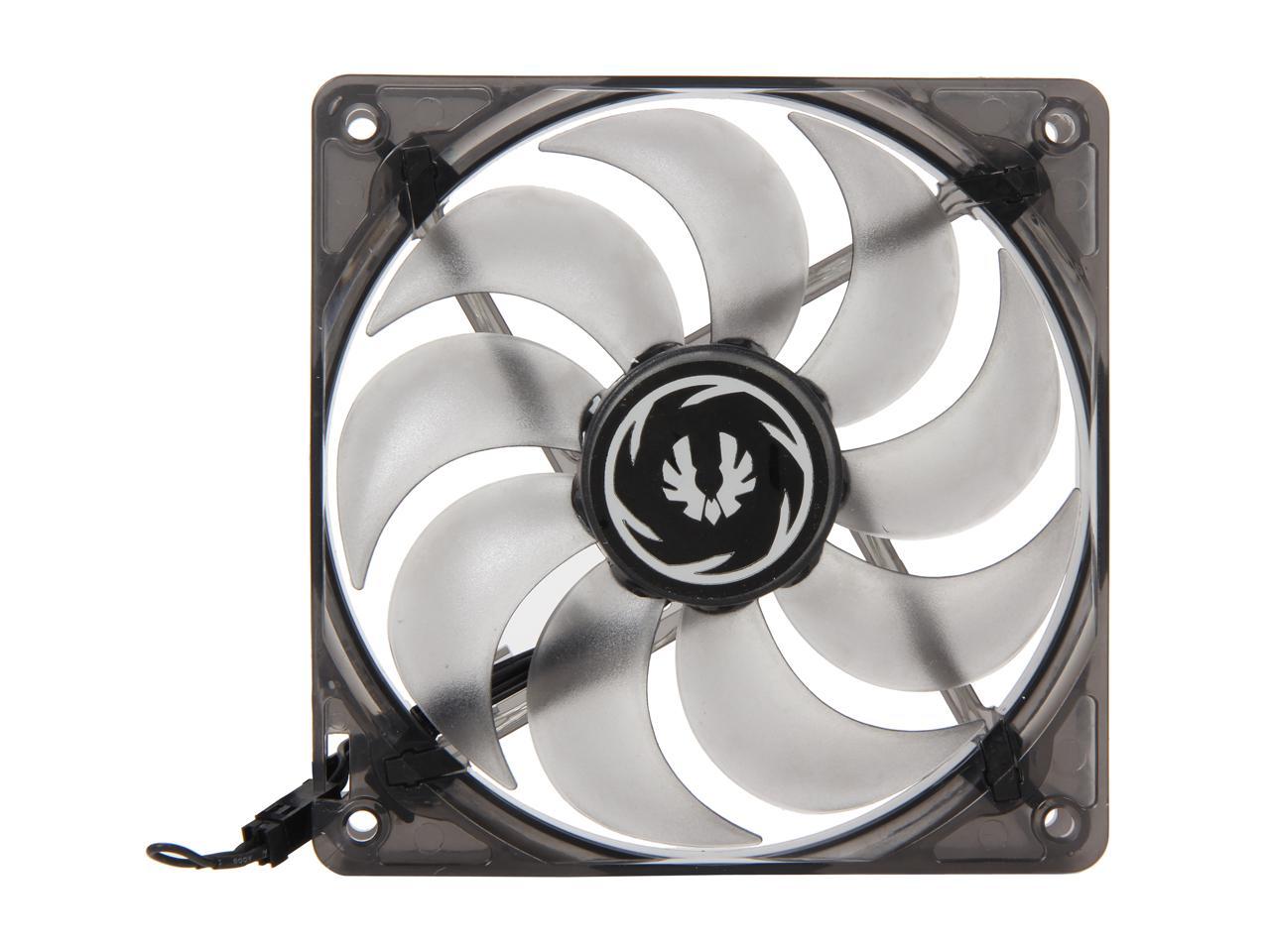 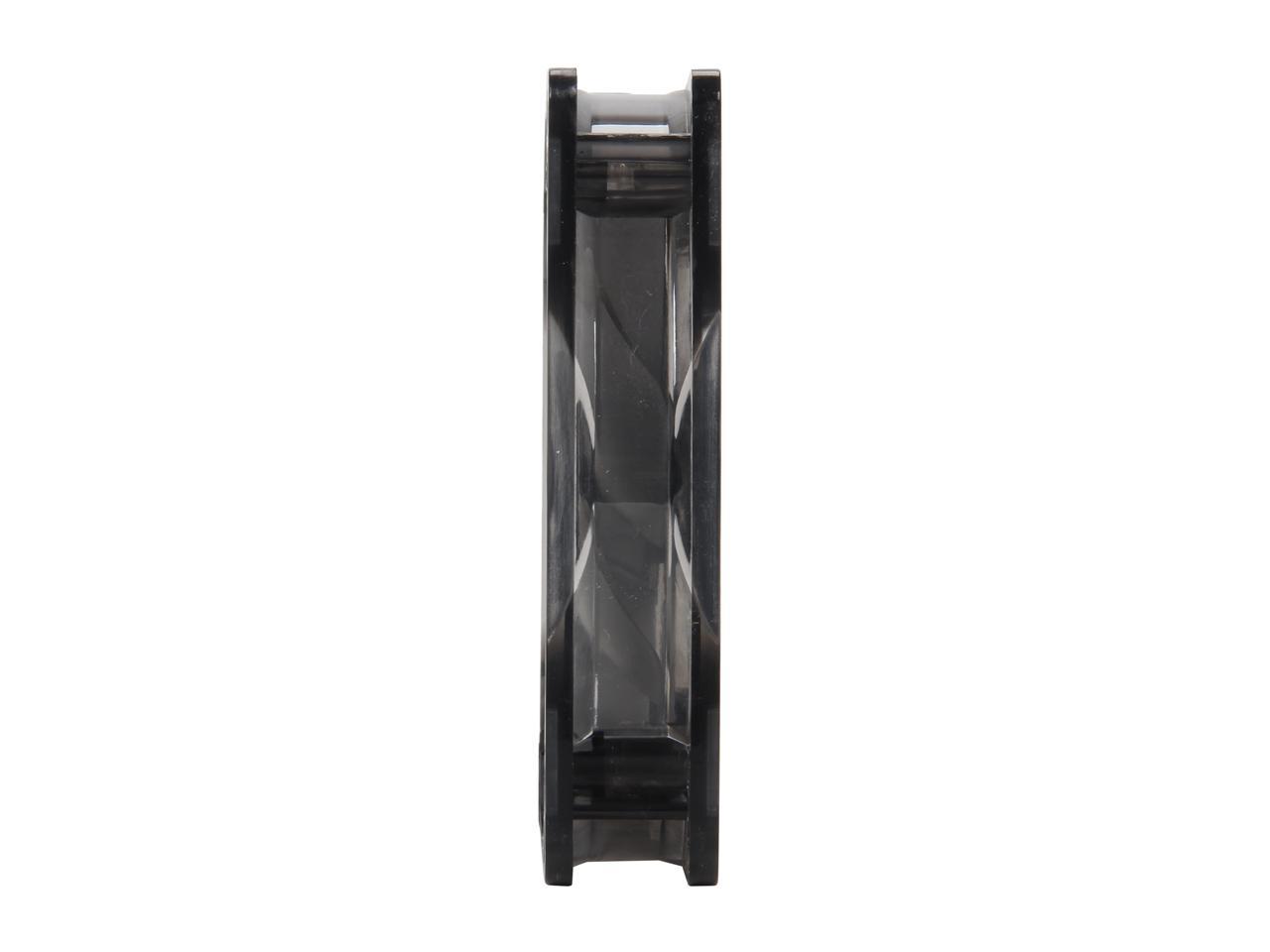 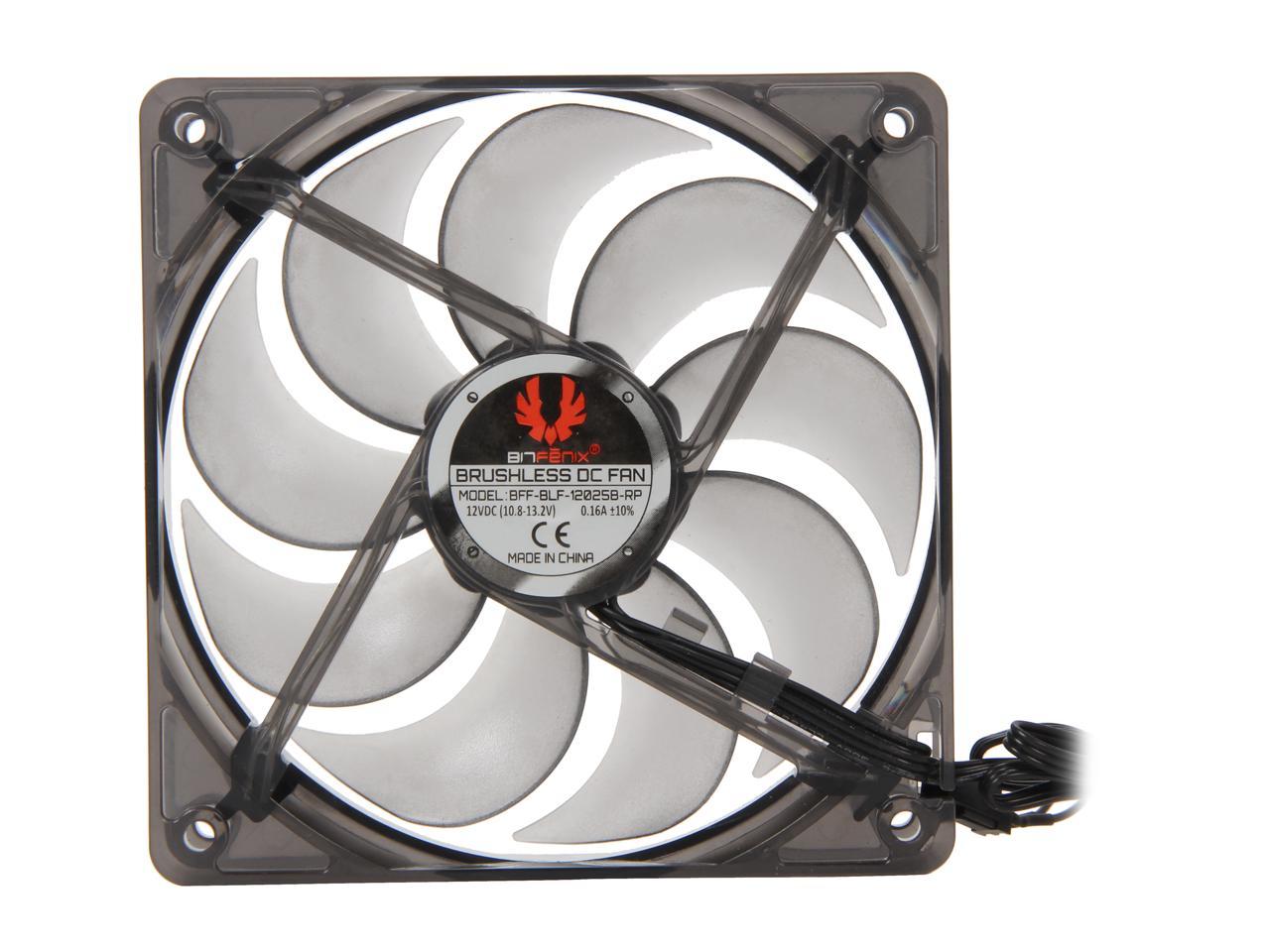 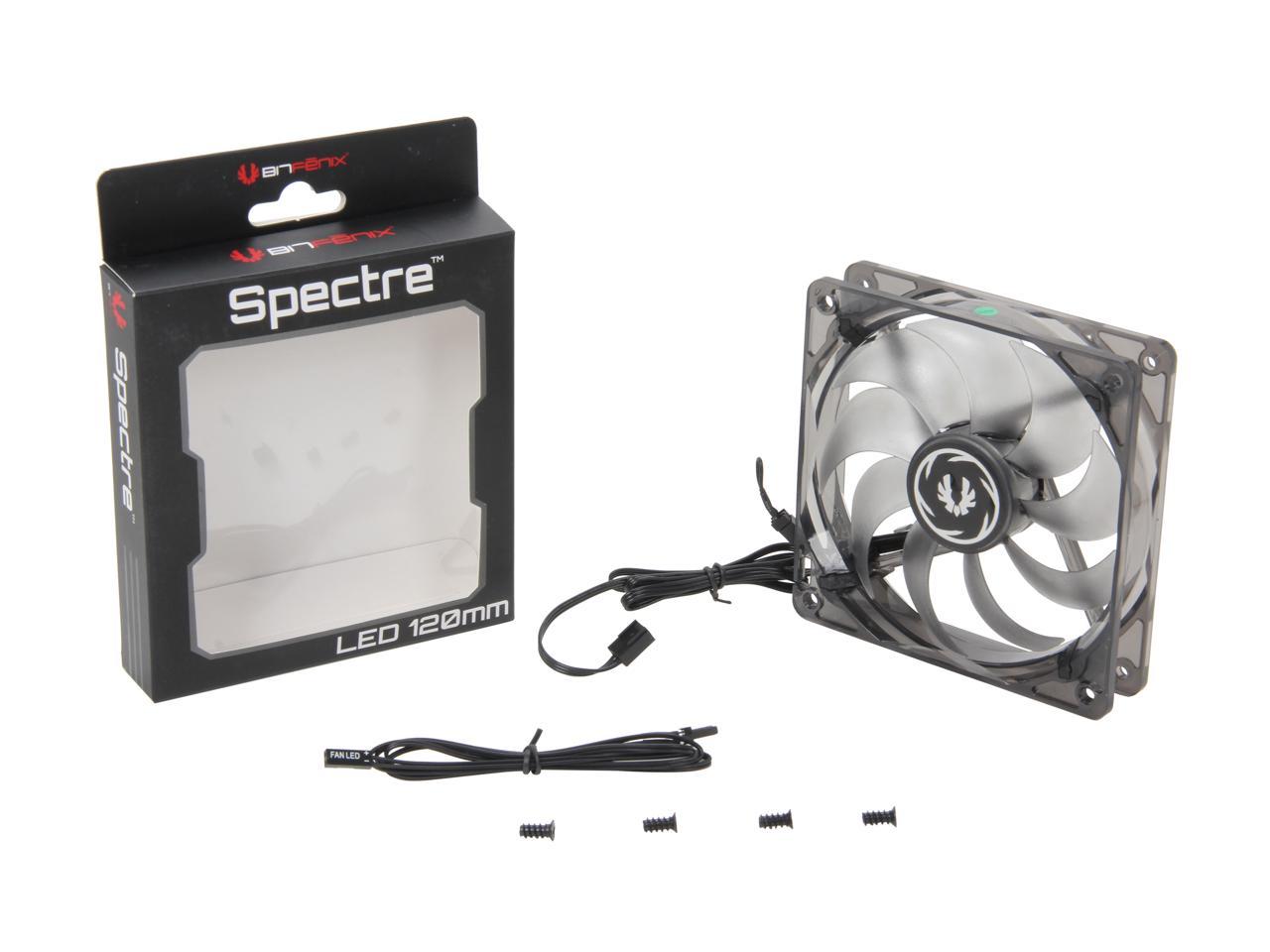 (5) Write a Review
In stock.
Ships from Canada.
Most customers receive within 4-9 days.
Overview
Specs
Reviews

Introducing the Spectre LED Fan Series from BitFenix. Engineered for both silent operation and maximum airflow, Spectre will keep your entire system well ventilated without making it sound like an airplane hangar. Spectre LED Fans are designed with sickle fan blades, which enhance airflow without producing excess noise. Spectre is also the first LED fan series on the market that supports on-the-fly LED light switching when used together with the BitFenix Hydra Fan Controller or BitFenix Survivor Chassis, allowing you to turn the lights on and off with a press of a button. Don't have either of those? No problem. Spectre can also be used as a regular LED fan with jumper-selectable on/off.

Pros: •These fans are QUIET!!! At full rpm I cant even hear them over my Corsair SP120 Quiet Editions. •Steady airflow keeps case cool and maintains positive pressure while staying absolutely quiet. •Relatively cheap, at $11.99 a piece these are great compared to some higher priced fans like silverstone APs and Noctuas..

Cons: Theres a little wire pass through if you dont use the bitfenix fan cotroller, but isnt a bug deal just kinda tucked them in the doors of my DF-85.

Pros: Bitfenix is amazing. This fan only rotates at 1000RPM, so it is completely silent. The LED is a deeper blue than most, and it looks great. Using it as an intake, and my HDD temps have gone down 5*C. There's an extra 2-pin connector to control the LED brightness with a Hydra fan controller, but I won't use it.

Overall Review: Did I mention Bitfenix is amazing?

Pros: I really like the blue glow the card gives off. Also the fan is near silent. The fan speed seems to be nice.

Cons: It doesn't spout out rainbows with explosions.

Overall Review: I really like it, well worth the 10 dollars.

Cons: I don't feel them moving a ton of air, but my case stays cool

Cons: Price, LEDs are not very bright, and one is dead, shipped with only 3 screws. Not even worth the trouble to RMA.

Overall Review: I think I probably just got unlucky but the fan I received did not live up to expectation... not even close. I've bought a few BF case fans in the past and this one is definitely the worst. For the price I expected a better product.