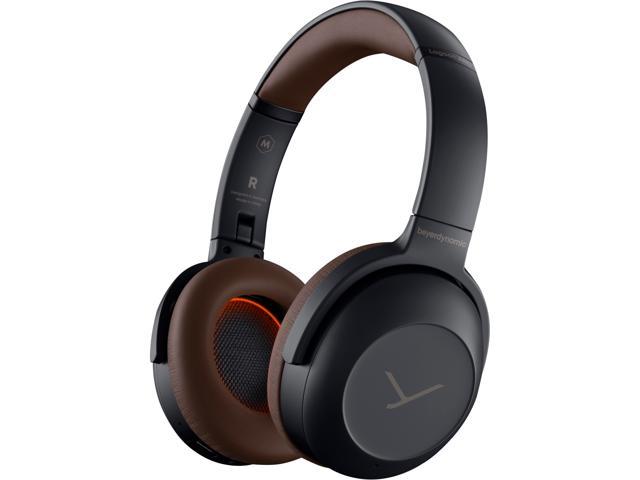 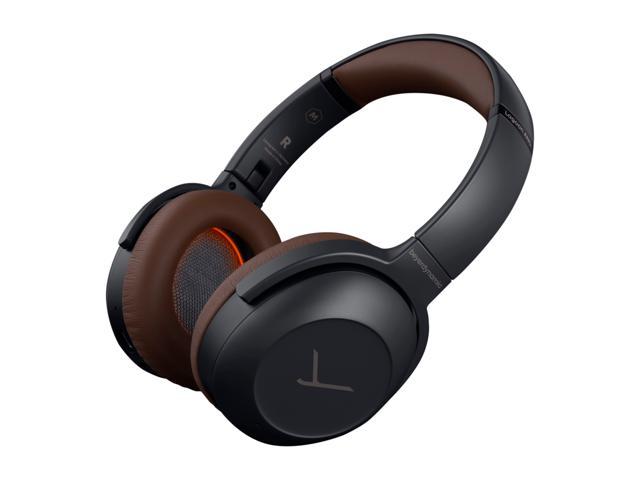 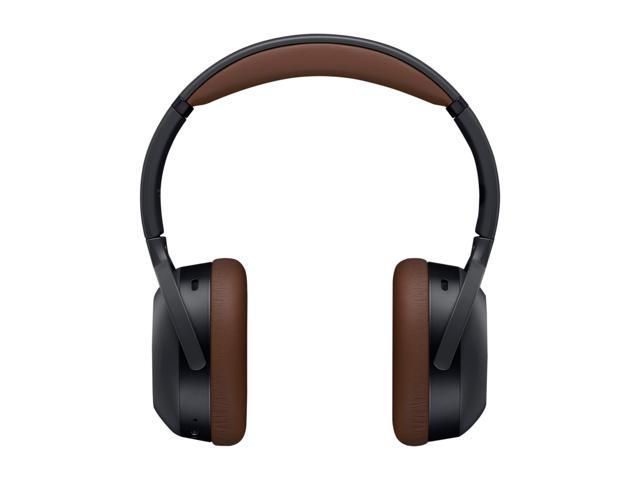 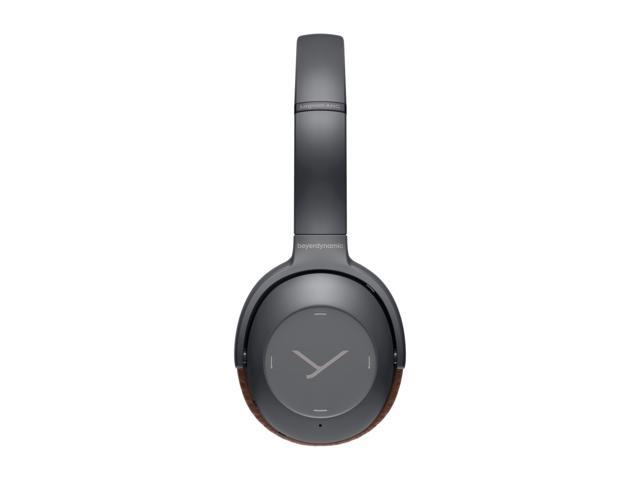 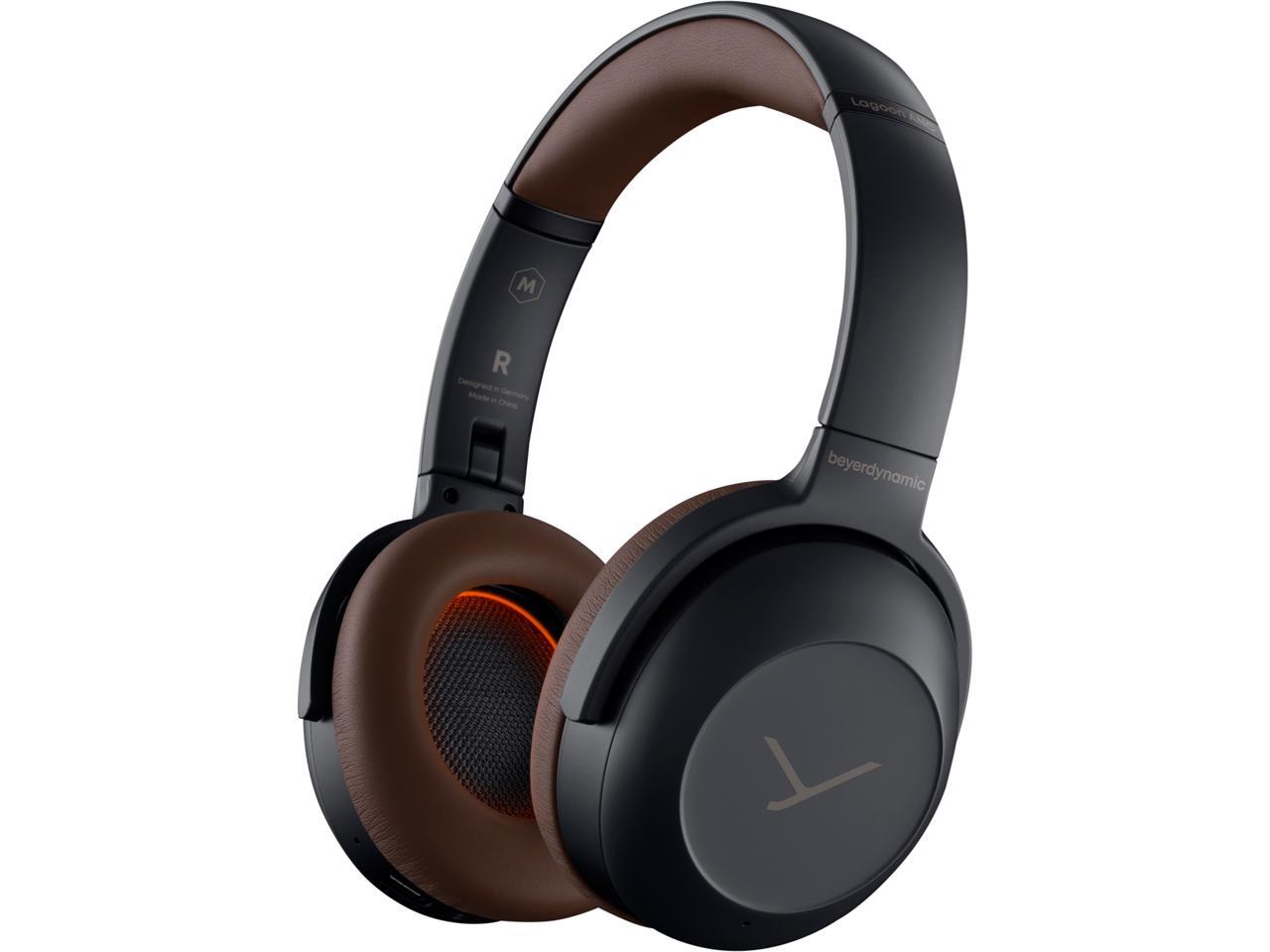 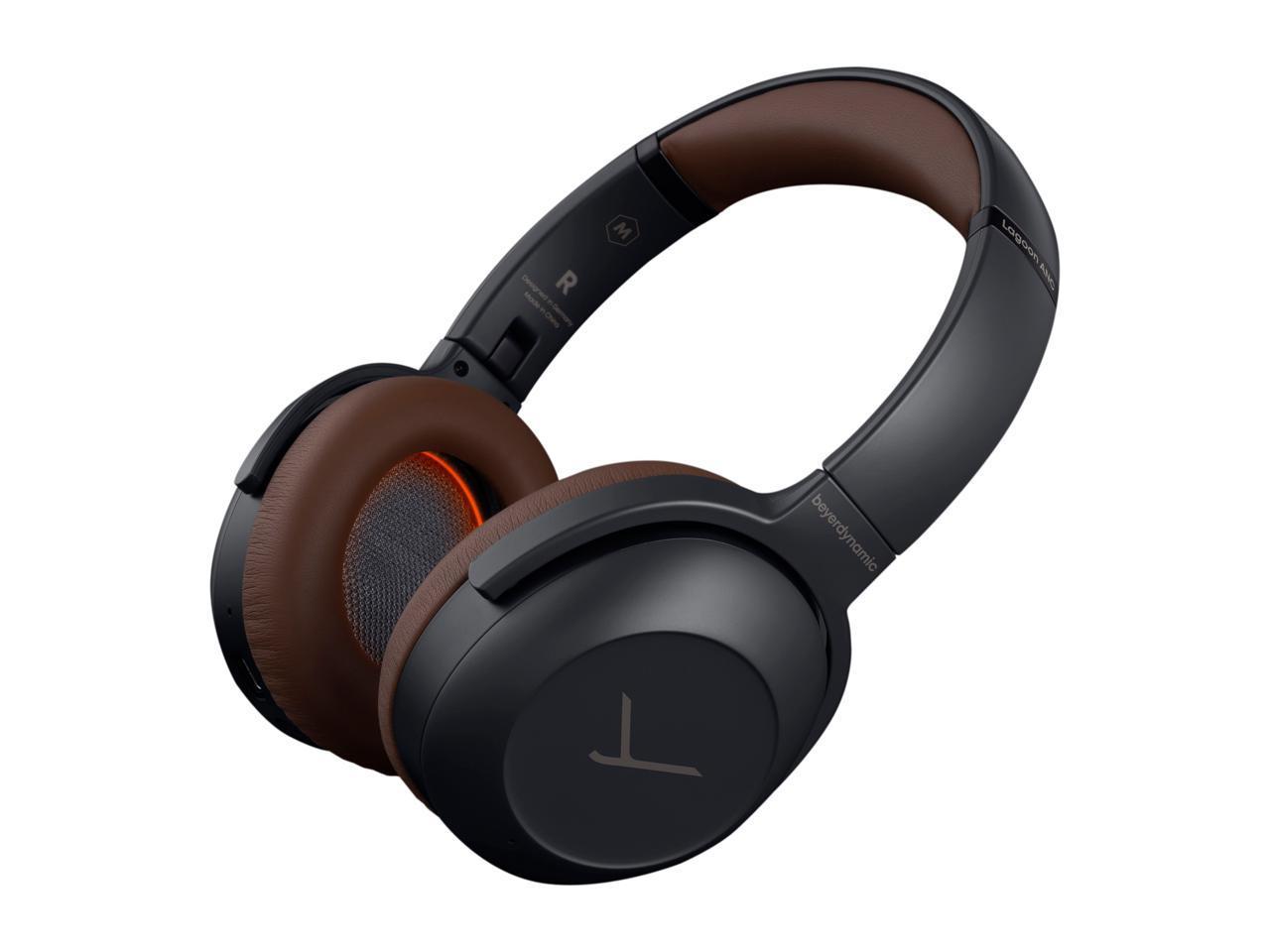 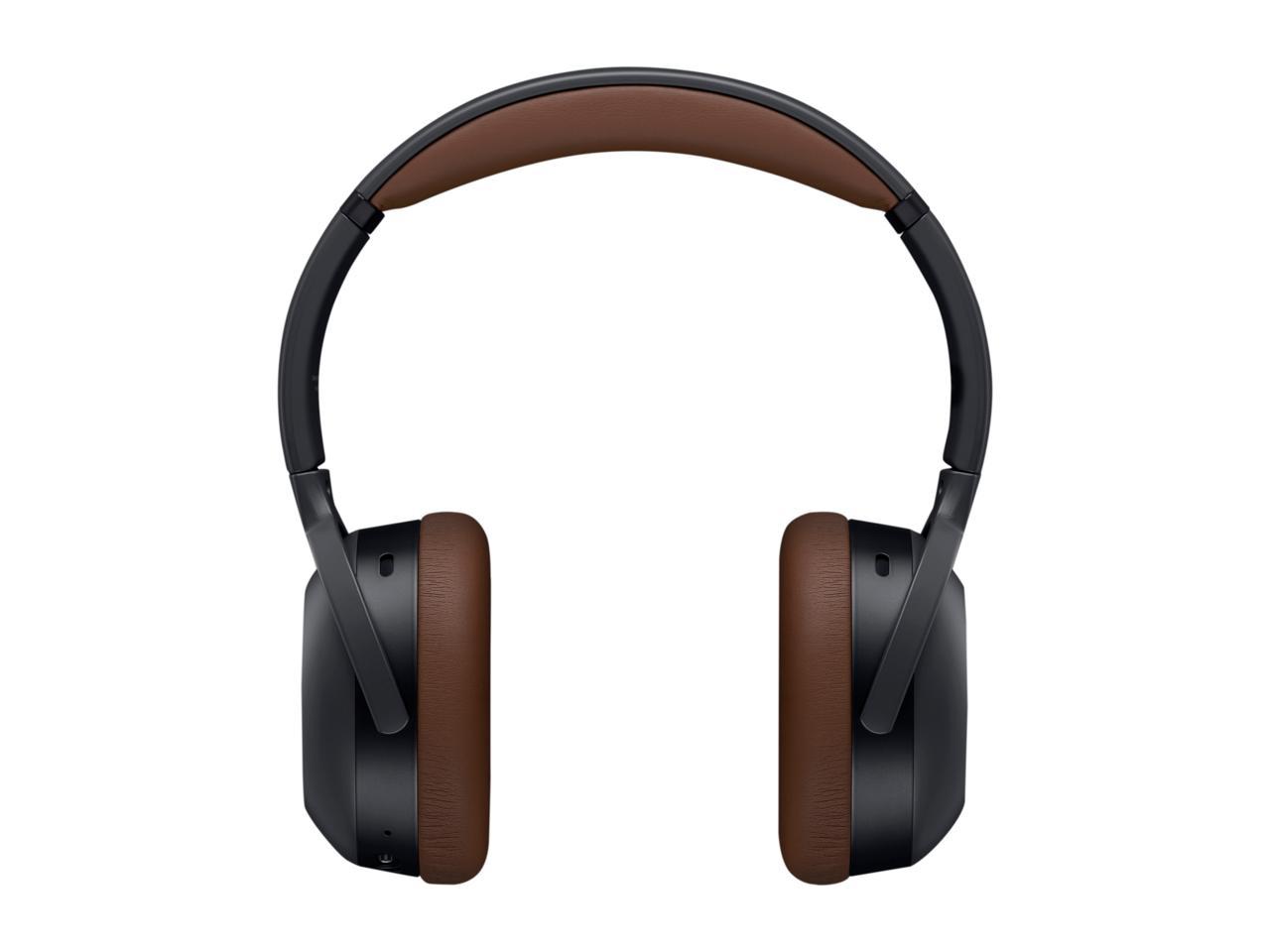 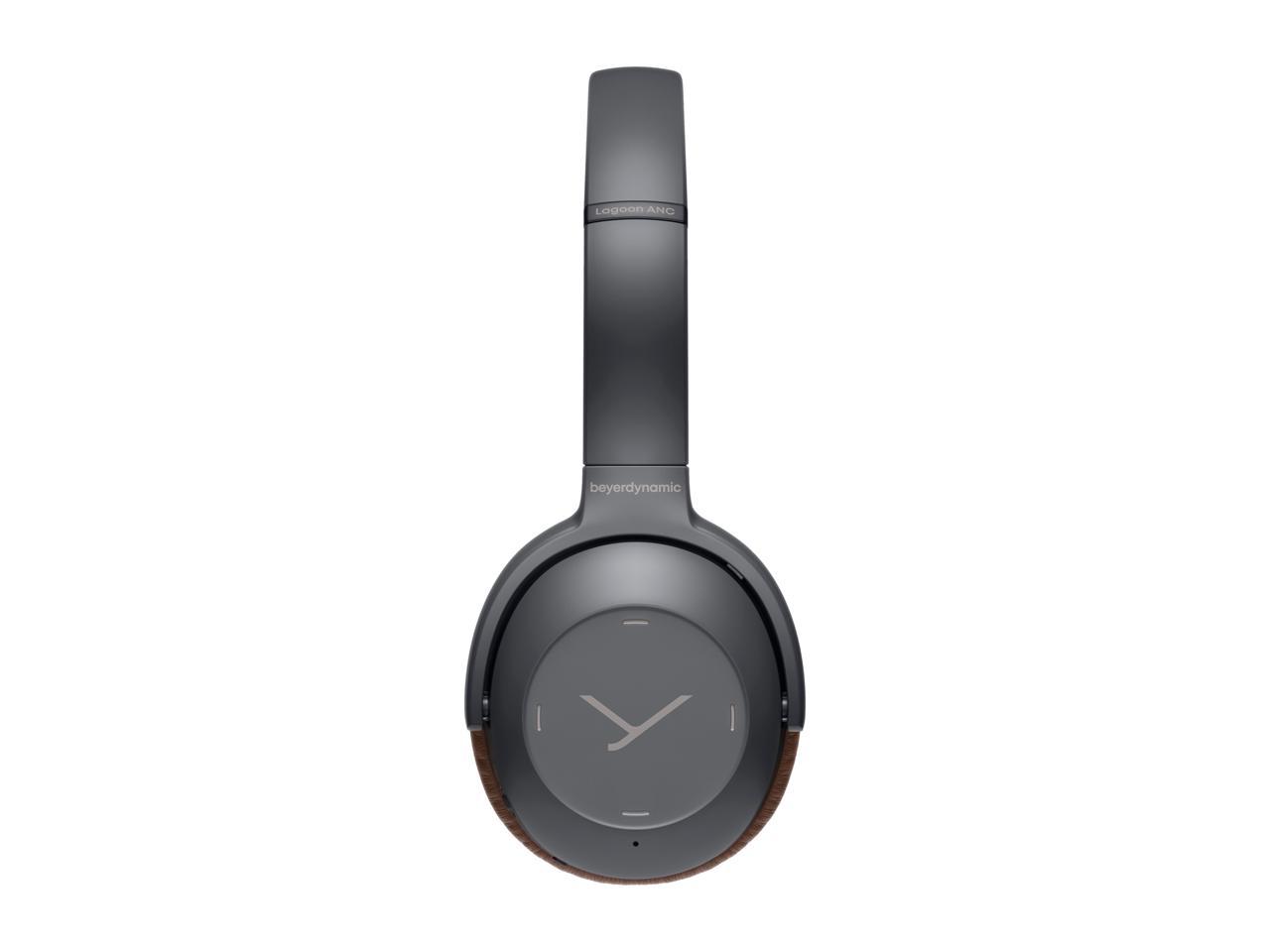 The LAGOON ANC opens up a new world where perfect sound and technical intelligence meet. Simply sit back and enjoy soothing silence or immerse yourself in music, films or audio books. What makes the LAGOON ANC unique is that whether Active Noise Cancelling is activated or not it still sounds excellent. What could be better than travelling and discovering the most exciting corners of the world? Through digital Active Noise Cancelling with hybrid technology the journey to your dream destination will also be much more relaxing. Two adjustable intensity levels block out disturbing ambient noise, and all of that without having to sacrifice an excellent sound experience.

Excellent sound with and without ANC

The LAGOON ANC offers the best in Bluetooth® transmission thanks to the latest audio codecs such as Qualcomm aptX, aptX Low Latency and AAC. Whether it's on an Android or iOS device you can look forward to exceptional sound quality. Even with the ANC deactivated or the cable plugged in, the LAGOON ANC sounds excellent.

Up to 45h battery life

On top of that, the headphones have a battery life of up to 45 hours without ANC or 24.5 with it.

For the clearest speech intelligibility the LAGOON ANC utilises Qualcomm® cVc™. Integrated voice prompts are available in both German and English. Nothing gets in the way of calling the folks back home, wherever you happen to be.

Our sense of hearing is unique and changes over the course of our lives. Like a mosaic, some pieces of the sound picture get lost or they fade. The unique MOSAYC sound personalization by Mimi Defined compensates exactly this development and adjusts itself precisely to your hearing ability. Different coloured lights on the inside of the headphones help you to operate them. Simply take them off for a moment and glance at the colour for the current status of the battery level and Bluetooth® connection, or even to see which sides are left and right. While you wear the headphones, nobody around you will be disturbed by a flashing or lit status light.

For easy transport, you can rotate the ear cups and fold them together. This way they can be stowed away in the convenient hard case, leaving the LAGOON ANC well protected as a compact companion.

By pressing the centre of the Lagoon ANC touchpad for approx. 2 seconds, you can activate the personal assistant on your smartphone or tablet (for example Siri or Google Assistant).

High-quality material and a high level of comfort

The comfortable design of the LAGOON ANC makes it the perfect companion. The circumaural cushioning made of high-quality memory foam and artificial leather is soft to the touch and follows the anatomy of the ear, making it extremely comfortable to wear. This creates a very effective over-ear seal and reduces ambient noise even without ANC. The high-quality spring steel headband sits comfortably on top of your head. Not too tight, but secure. The touch panel on the right earpiece guarantees effortless use with the touch of a finger. Learn more about the features.

Pros: Good sound. Easy to use.

Cons: They simply don't fit, they fall off if I tilt my head forward. My head is average size and they are as tight as I can adjust them to be. Cannot be tightened. They're simply not designed for comfort. Only buy them if you never plan on walking around with them on, and you will never tilt your head downward.

Overall Review: Not worth 200.

Pros: The sound quality is wonderful, it's SOLID. There's cool touch pad controls, they were BEYOND comfortable on my ears, they felt too good to be true. Which they were.There's this nice RGB glow in the cups of the ears that'll let you know how charged the headset is, it was really neat and cool. There's also a USB-c charging port! It's great to see that on any headset.I'm giving it three eggs because I'm in a forgiving mood and because those features alone legitimately make it a great headset, but ONLY if you use it in a specific way.

Cons: The meat of this is, there's only a con if you want to use this headset like I did.If you're buying it to use on your PC, calling on Discord or other apps while gaming, or while watching stuff with your friends? Then don't. Bother. The headset uses bluetooth rather than its own software, which it does say of course. So unless you want to use a cord, instead of use the insanely nice 24 hour battery, which for me was a BIG DRAW, then you're out of luck. Because the second you hop in a call, all of your other sounds will be muted. You won't hear anything.I wasn't aware that bluetooth had these types of issues while trying to do stuff.But I did some research and tried to figure it out. See if I could do anything about it so I didn't have to refund the headset. The good news is, you can. But the bad news is, if you do the fix I found, the sound quality drops immensely and it becomes one of the worst sounding headsets I've ever had. It just isn't worth it.

Overall Review: So, I would recommend the headset if you have no desire to do voice calls on your computer. If you truly DO NOT want to do them, if that's the case, it's really, legitimately a perfect pick. But as a headset I wanted to use for gaming and calling and chilling with my friends and loved ones? It is not a good choice. I don't recommend it in the slightest.