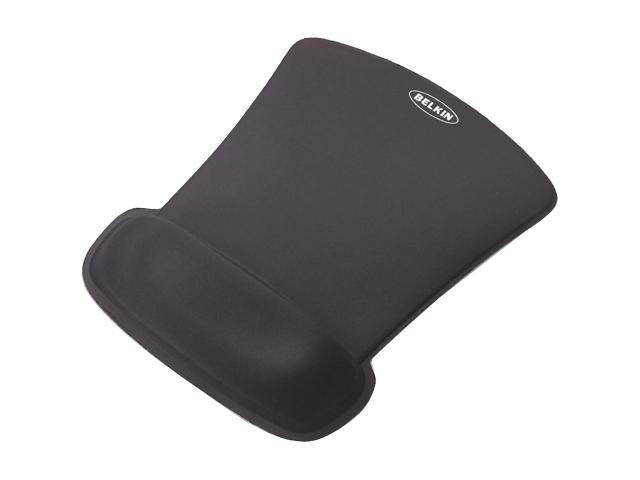 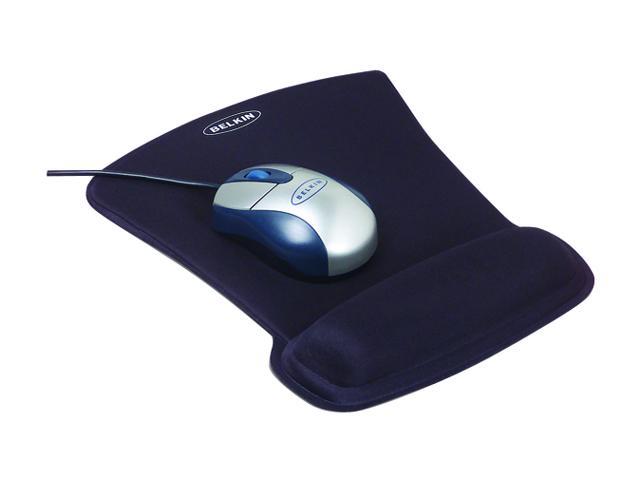 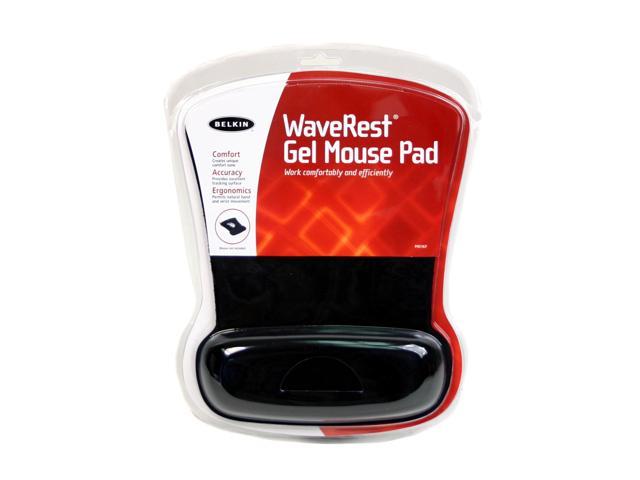 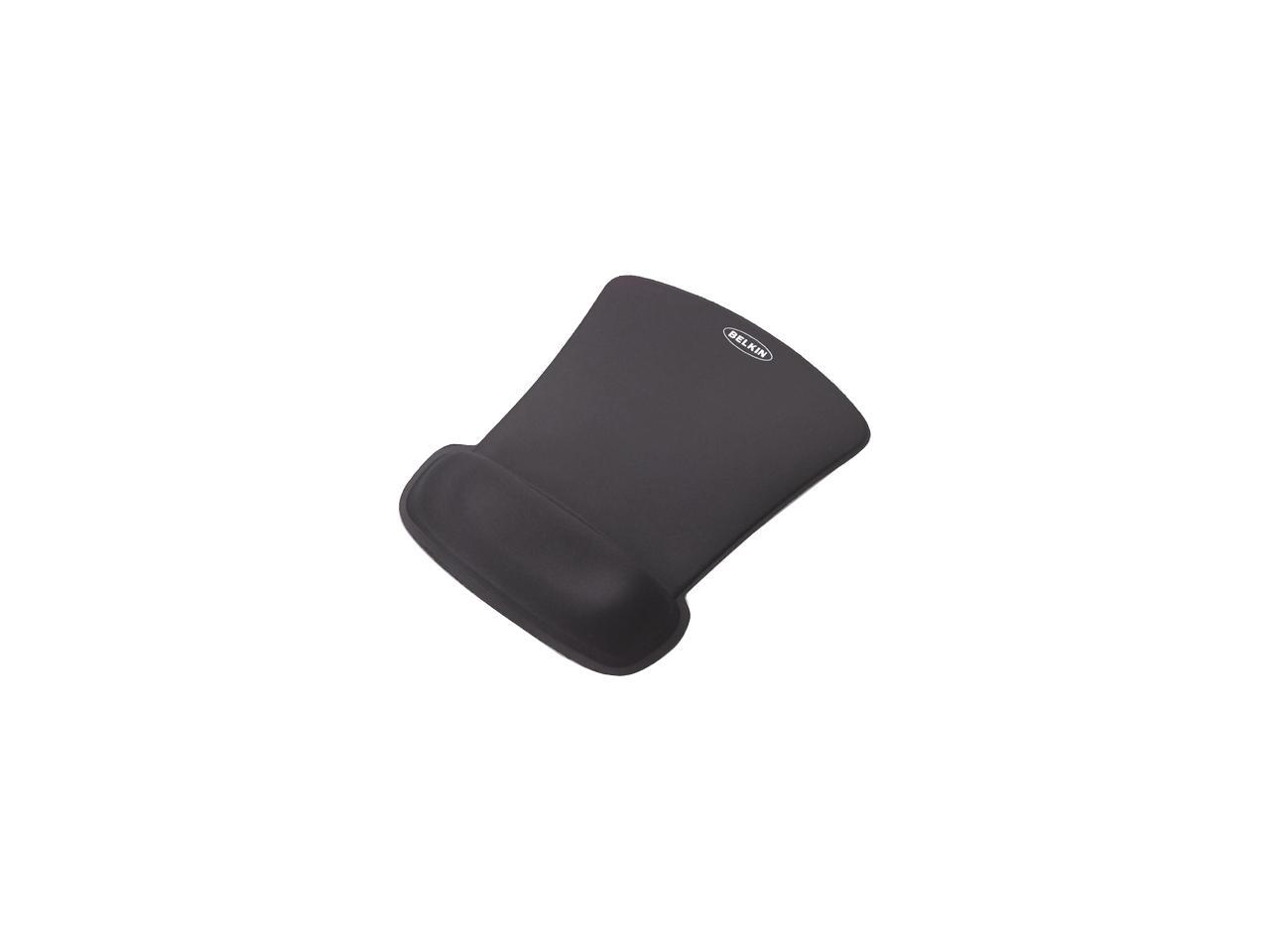 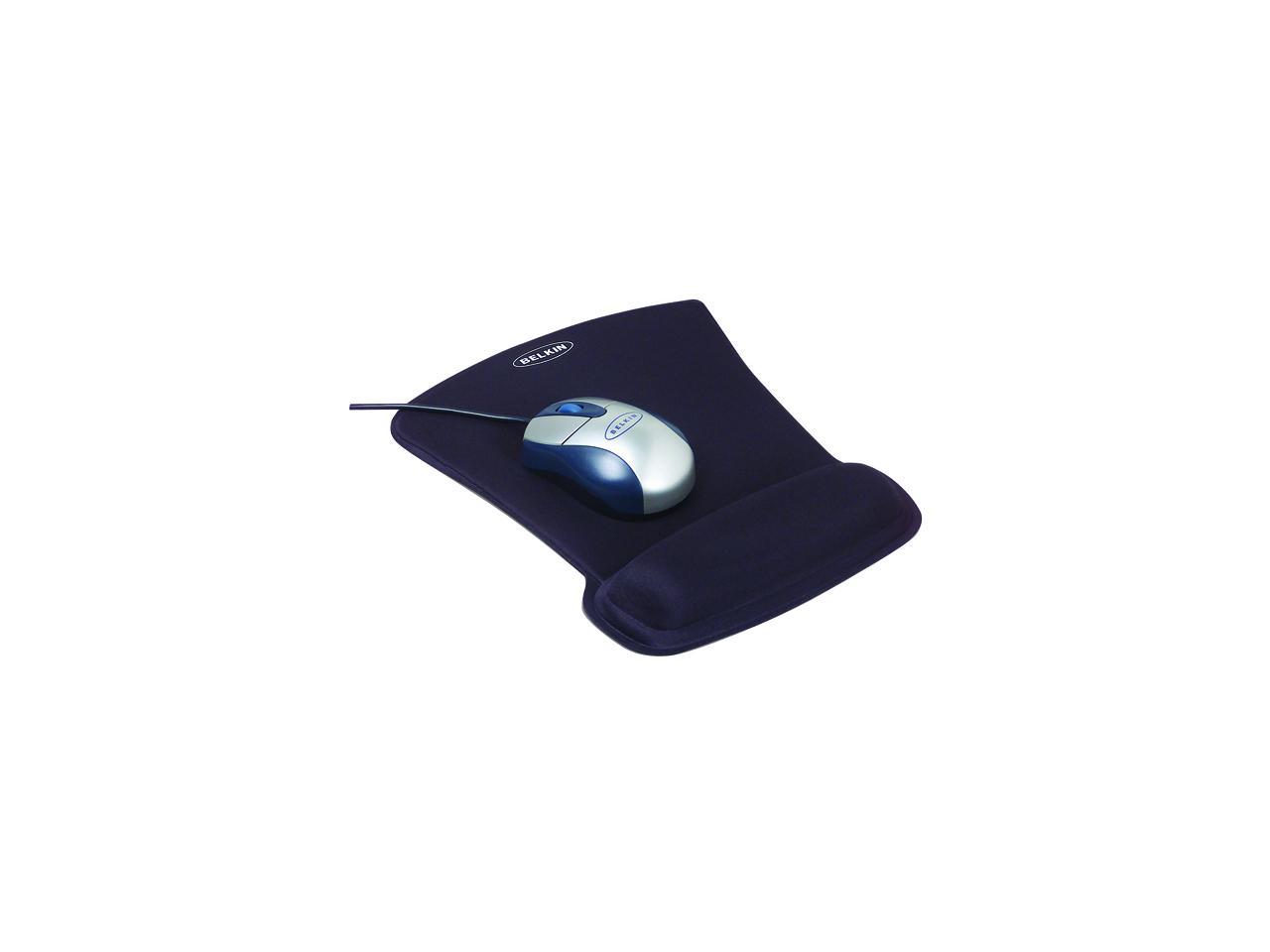 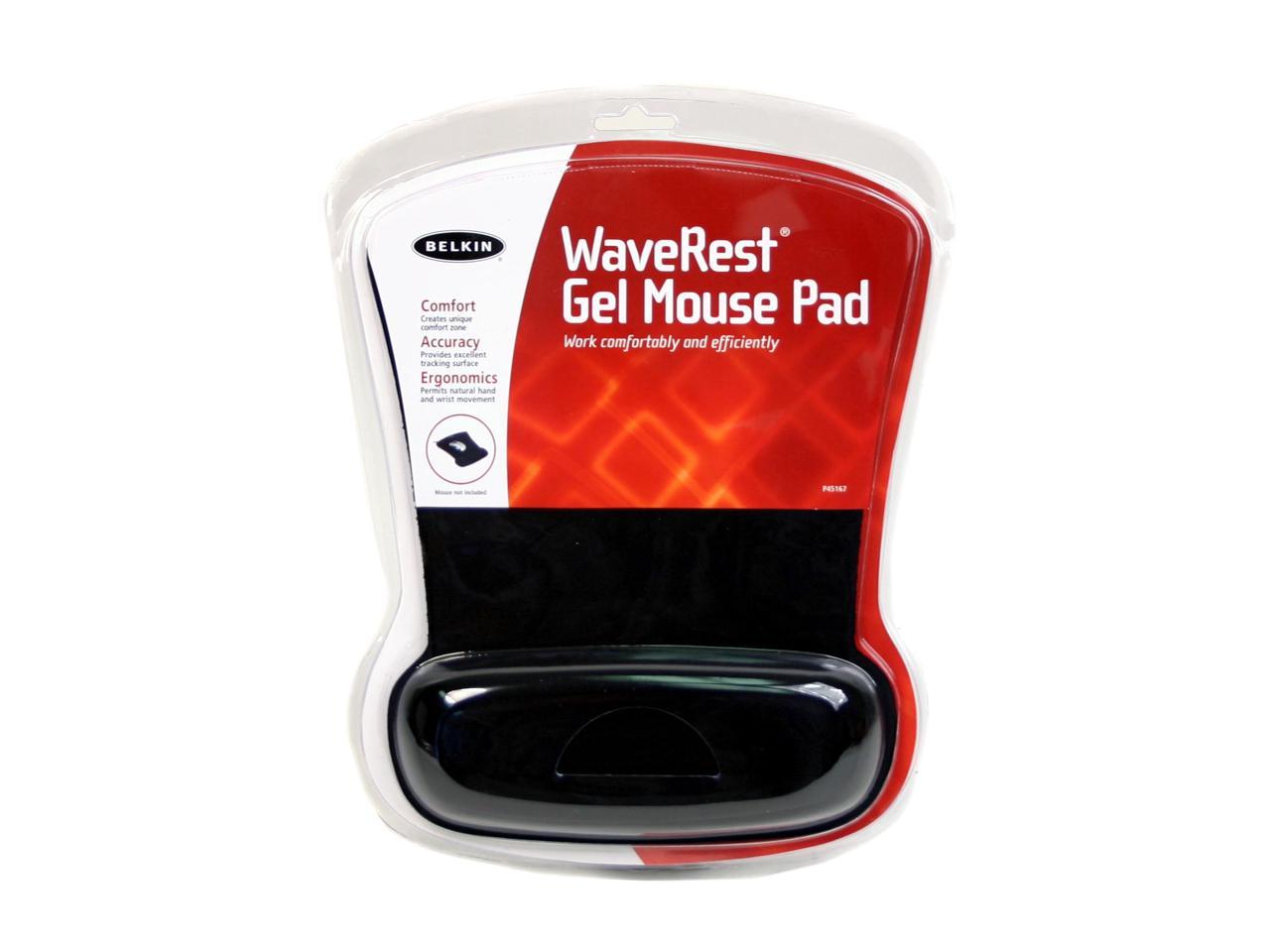 Learn more about the Belkin F8E262-BLK

Pros: There are two versions of this mouse pad, one with an oval around "Belkin" at the top of of the pad, and one without. I own both. The newer version (the one sans oval) is absolutely horrible. The material feels too slick and the pad is not cushiony at all. It actually hurts my wrist to use for extended periods. The original version (with oval) is absolutely amazing. The cushion is divine and feels like I'm resting my wrist on a gooey cloud. It's cheap and by far the best mouse pad I've ever used. I've had mine for a decade, and I still use it faithfully.

Cons: You cannot tell which version you are getting online; however, it is my belief that the older version is no longer made. I've gradually begun seeing stores and online venues sell the newer one without any option to get the older version.

Overall Review: If you want this mousepad, you must ensure you are getting the old version. Otherwise, you may be incredibly disappointed.

Overall Review: I have had a good one for a number of years now and it was getting worn around the edges and I was looking to replace it with the same kind so I bought one from the place I got the first one and when I got home I figured out it was not the same. So when I found it at Newegg and saw the picture with the circle around the name I thought I was getting the good kind but it was not to be. I'm sad to say I have had to switch to another kind of pad called Allsop that had memory foam which is better then the current Belkin pad but not as good as the original Belkin Gel mouse pad.

Pros: Great mouse pad, supports your wrist in just the right spot. I was replacing two old ones. These are great.

Cons: The Packaging. Practically impossible to breach the container. I literally did use a pair of tin snips to finally get into it...destroyed one trying to use a box cutter. I mean, it's a ten dollar item...the packaging must cost half that.

Overall Review: Almost severed an artery trying to get it open...

Pros: nothing good to say

Cons: Let down again by cost cutting efforts of another major company. How about some gel in a gel support wrist pad? Had a previous gel model that wore out after years of service, it still has the gel feel just an unusable mouse surface, bought this to replace it, only to receive a new model with what feels like rolled up bubble wrap or other filler instead of gel, what a disappointment, time to find another company not so keen on cutting corners but rather one who gives you your money's worth. Good bye Belkin.

Cons: This mousepad REEKS! It smells very strongly of cheap rubber, and it comes off on your hands. I've tried dousing it with febreze, soaking it in baking soda, washing it with soap and water, and airing it out for a week, but nothing has fixed it. The thing even funked up the surface of my wooden desk where it stood.

Pros: Has more support then a pad with no support.

Cons: It does not seem like gel, as gel would 'bounce' back after applying pressure, like a previous gel pad I had( not same company). This one keeps the indentation from me resting my wrist as well as it has become hard and not flexible after using a few days.

Overall Review: Not sure it is worth it. Better then my pad that did not have any support but not as good if it acted like a gel pad. It also arrived with an air bubble under the 'gel' part that after a couple of days went away. It might have been due to pad coming from a lower altitude and it went away after a couple of days I guess it got pushed out from my wrist pressure.

Pros: Had this for nearly a year now and it's pretty much the best mouse pad I ever owned. It's comfortable, and the mouse slides great on it (not too much friction, not too little). What's not to like? It's easy to clean as well (just wipe it down with a dry cloth or paper towel), and it doesn't absorb much sweat, if at all. Before this I had an older model of the same design from Belkin; it was just as good but wore out quickly and was made of a softer fabric. This one, however, is made with a sort of tighter, shinier fabric and it doesn't seem to wear as fast which I like a lot. And it still has the same great molded gel wrist rest.

Cons: - Super strong chemical smell out of the box, but it fades over time. Wouldn't really count this as a con though, and as always your mileage may vary. - The fabric wears out over time around the edges, but not as much as the old model did. But then, that's to be expected of every mouse pad, and indeed most fabrics in general. After a year it's holding up great, and I could probably get another 5 out of it.

Overall Review: You might think you'd need a bigger pad but in most cases (and in my personal experience) you won't.

Pros: I have had this for about 3 years now, it has taken little to no wear and I use my computer daily. This is a great mouse pad for a common user. The padding at the front is pretty flexible if you want your wrist to rest on it.

Cons: The size is somewhat small, if you have a low DPI mouse you may not be able to go from one side of the screen to the other on the size of the pad. This is not great for gaming because the pad in the front is disruptive if you're trying to have a faster reaction time.

Overall Review: For non-gamers I'd recommend this. For gamers this is not a good choice.