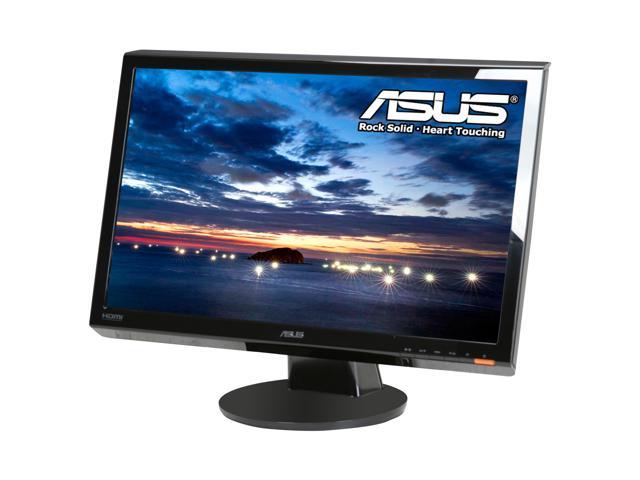 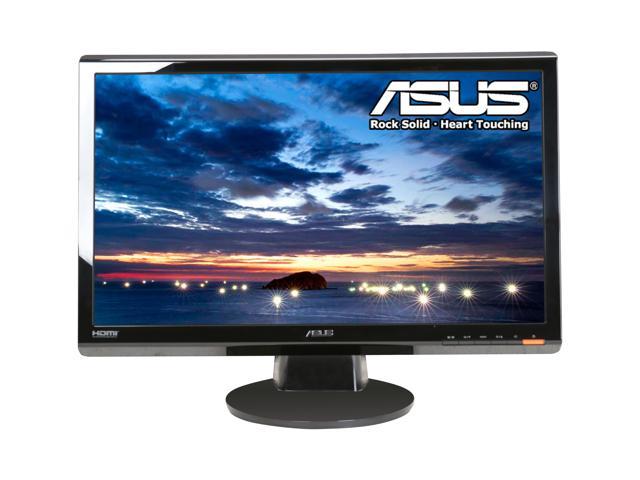 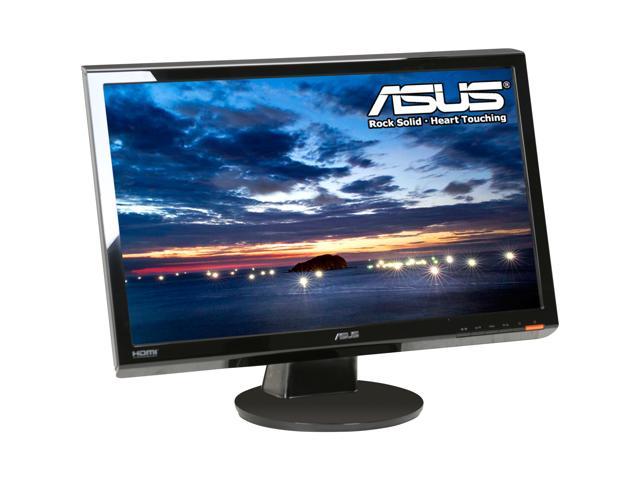 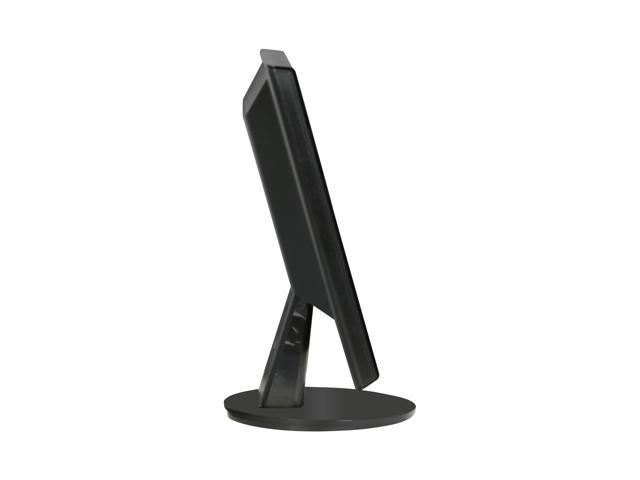 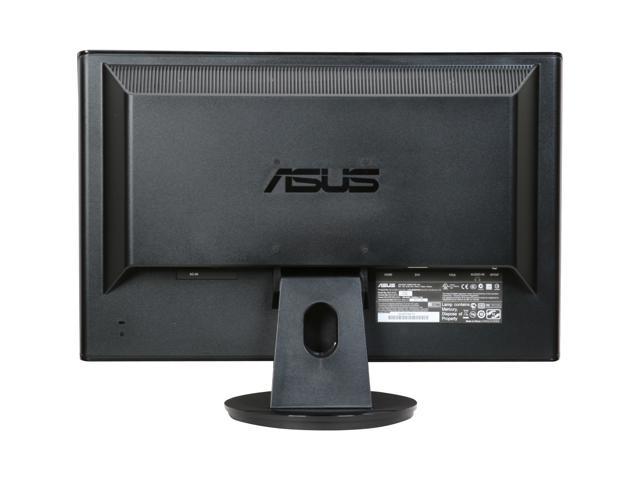 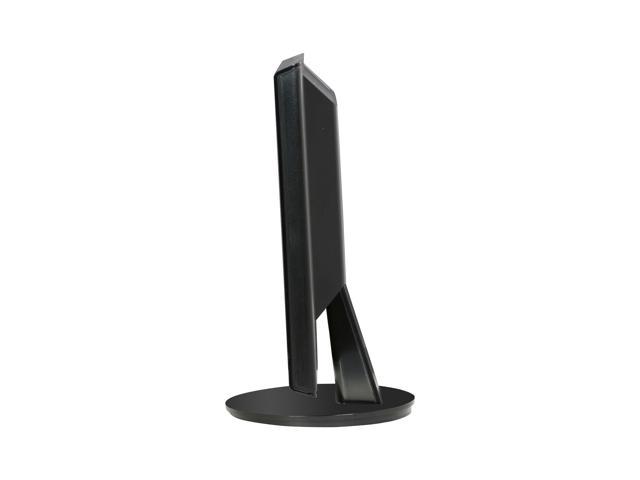 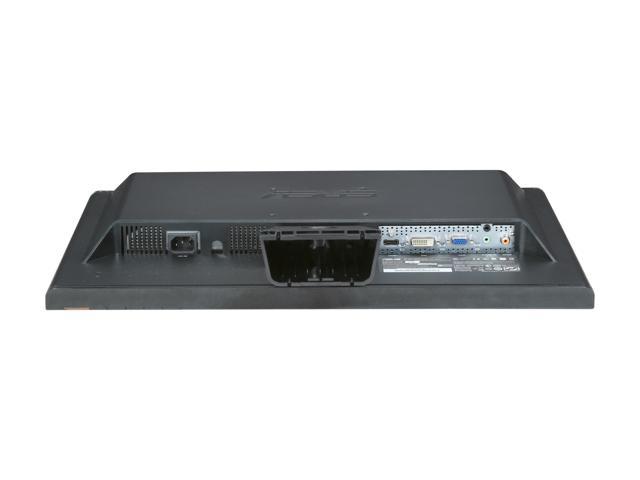 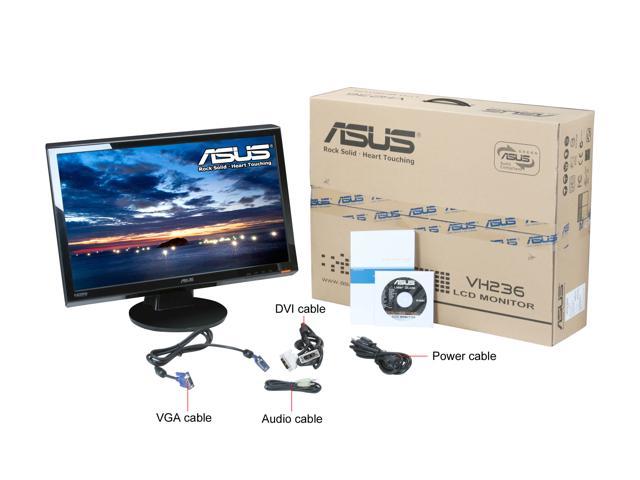 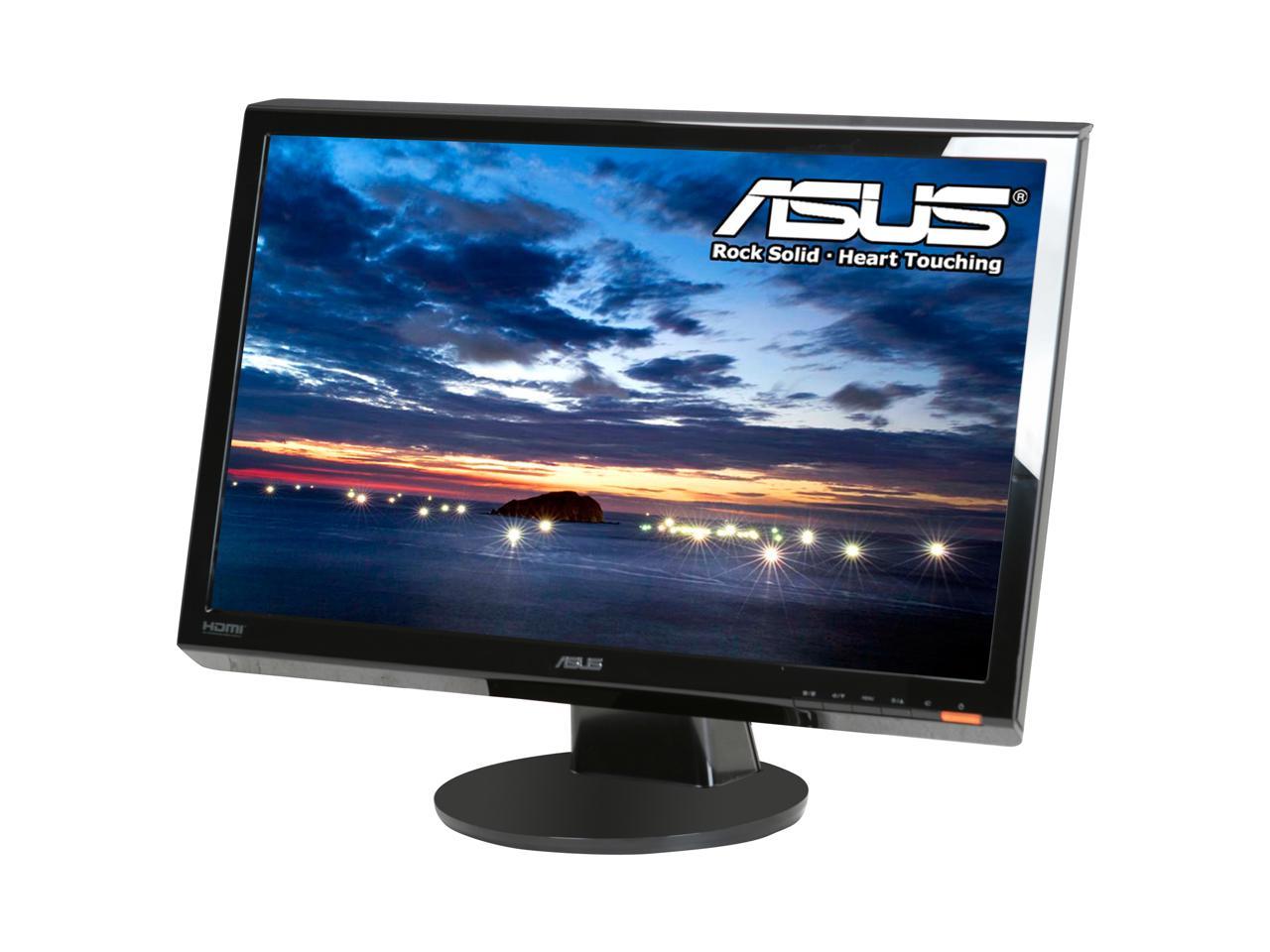 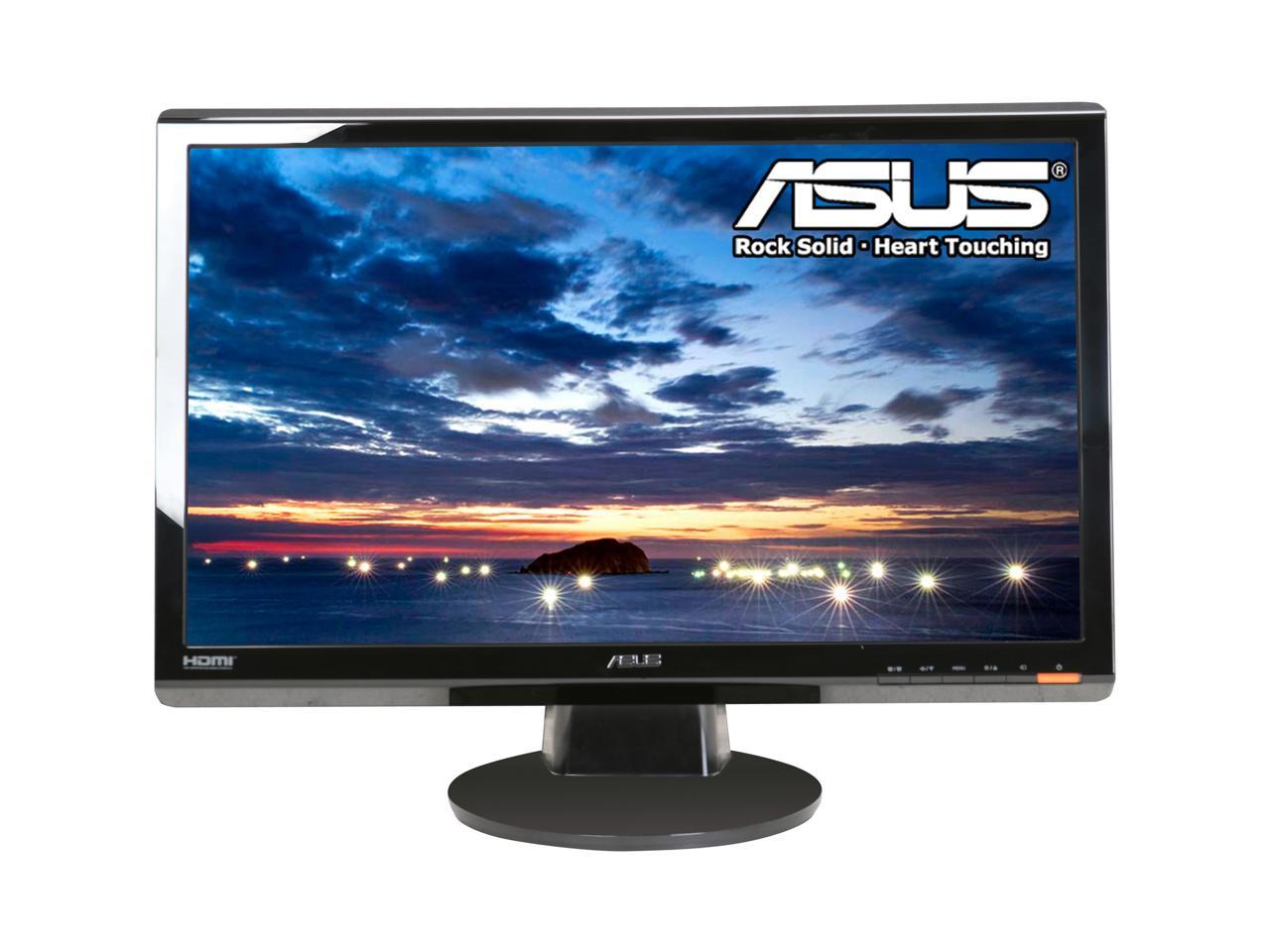 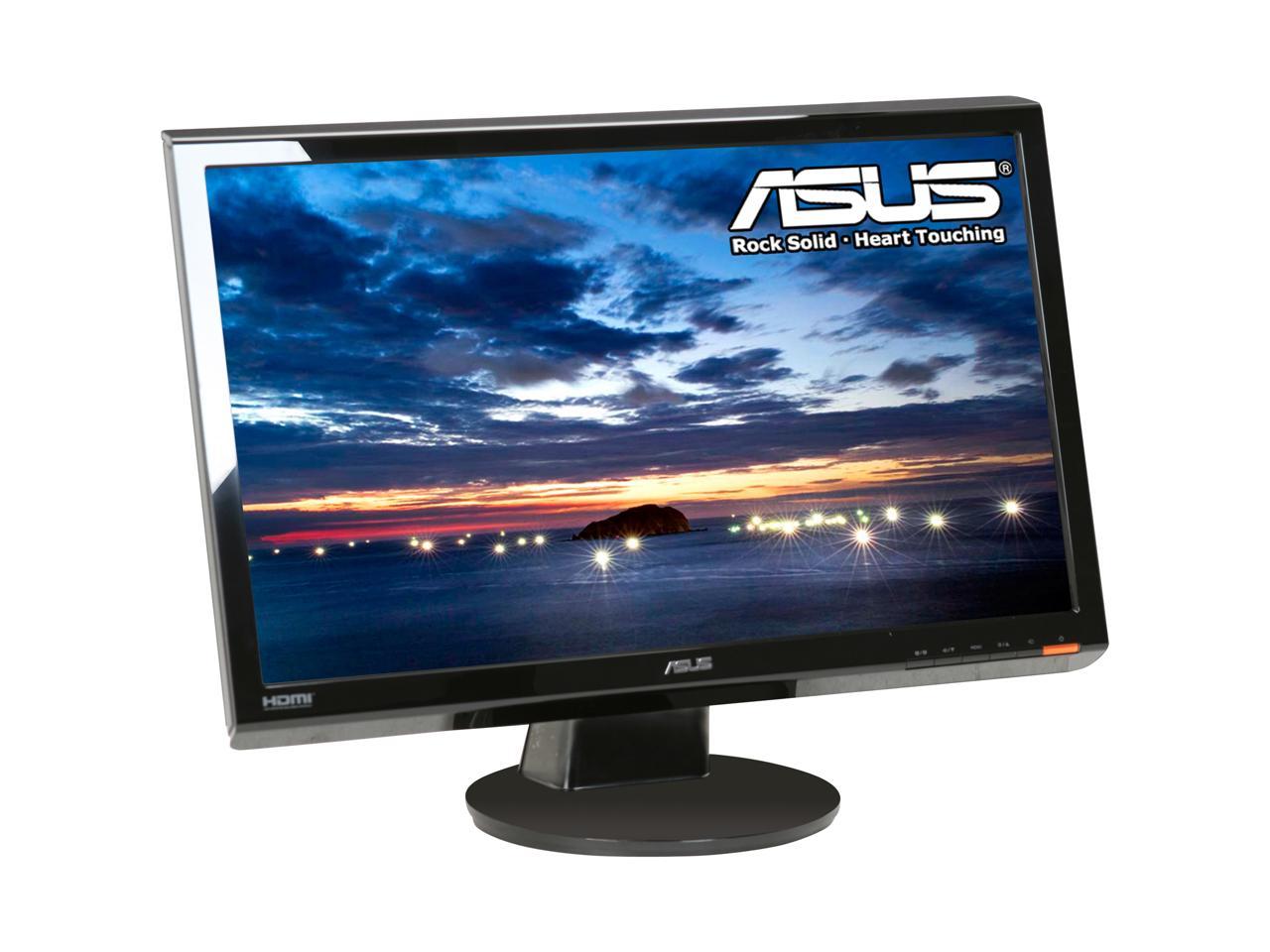 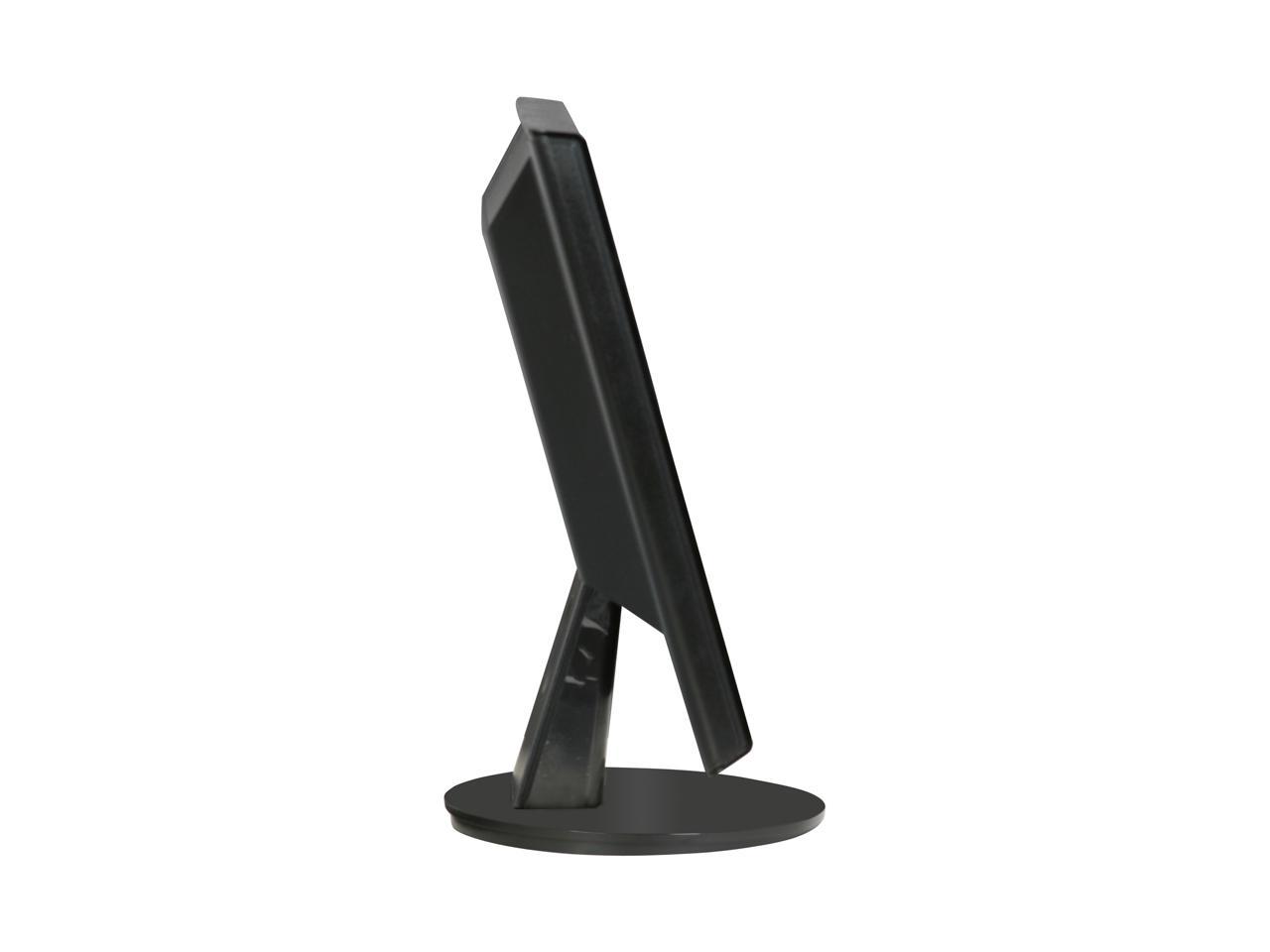 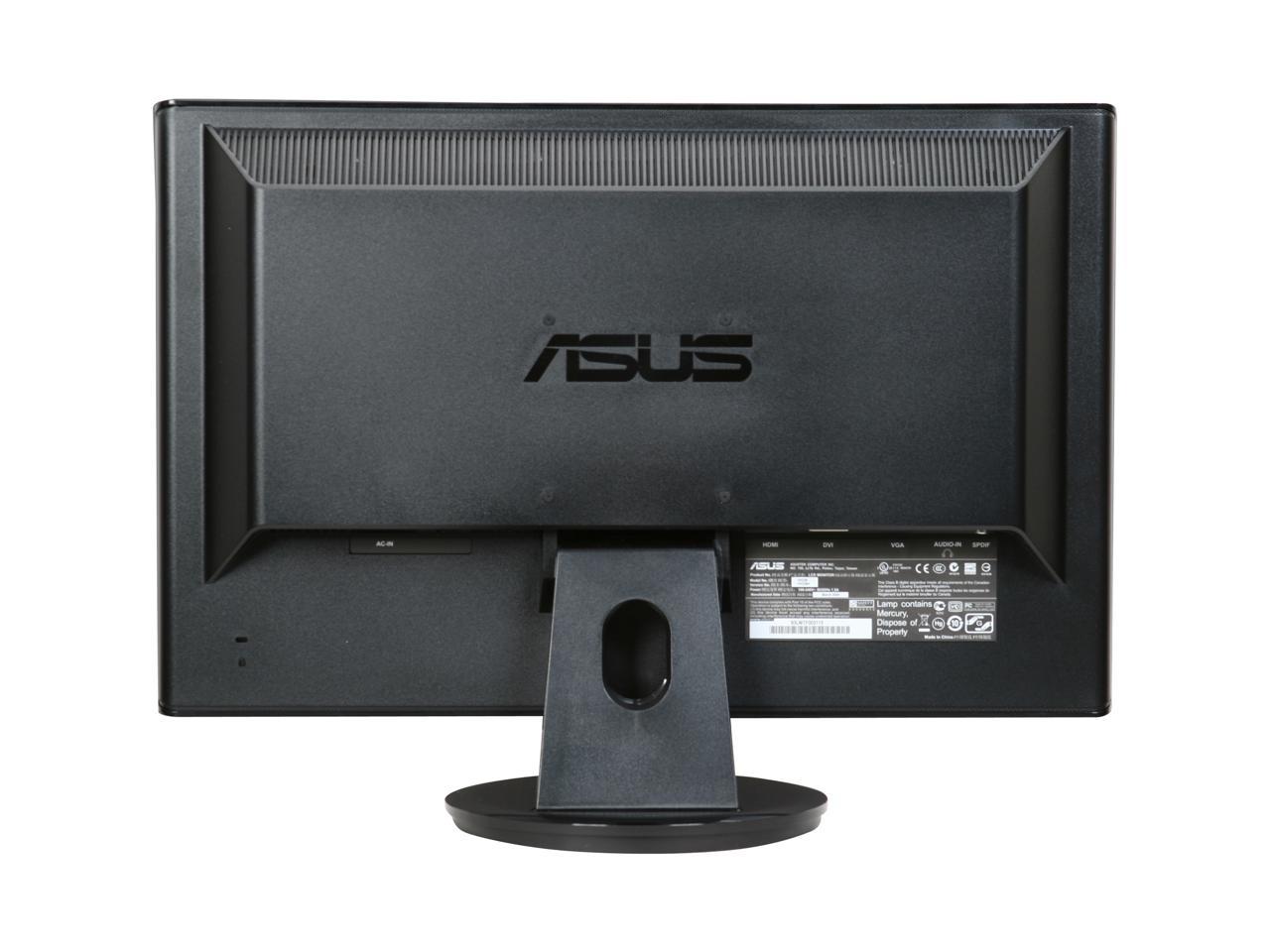 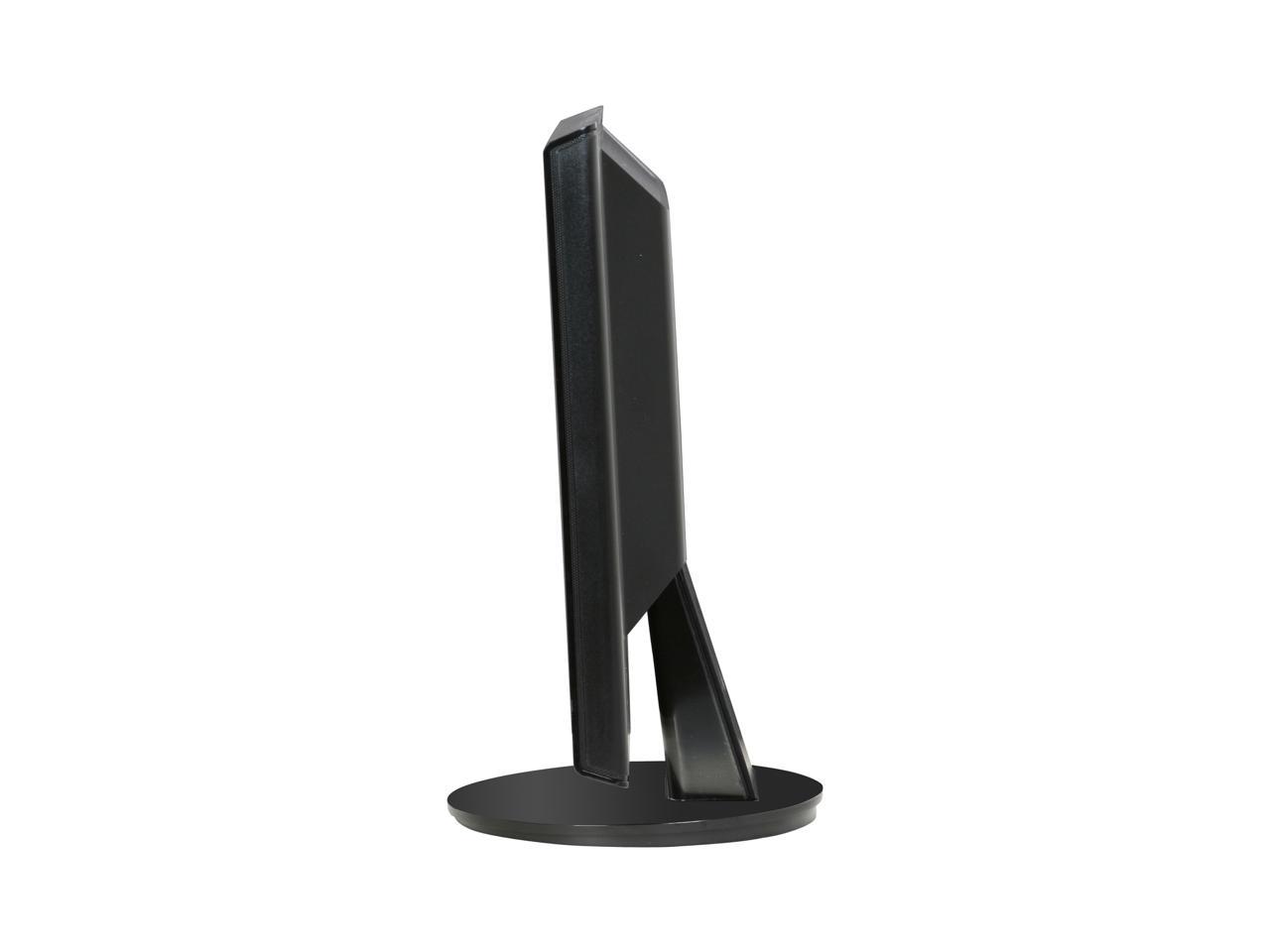 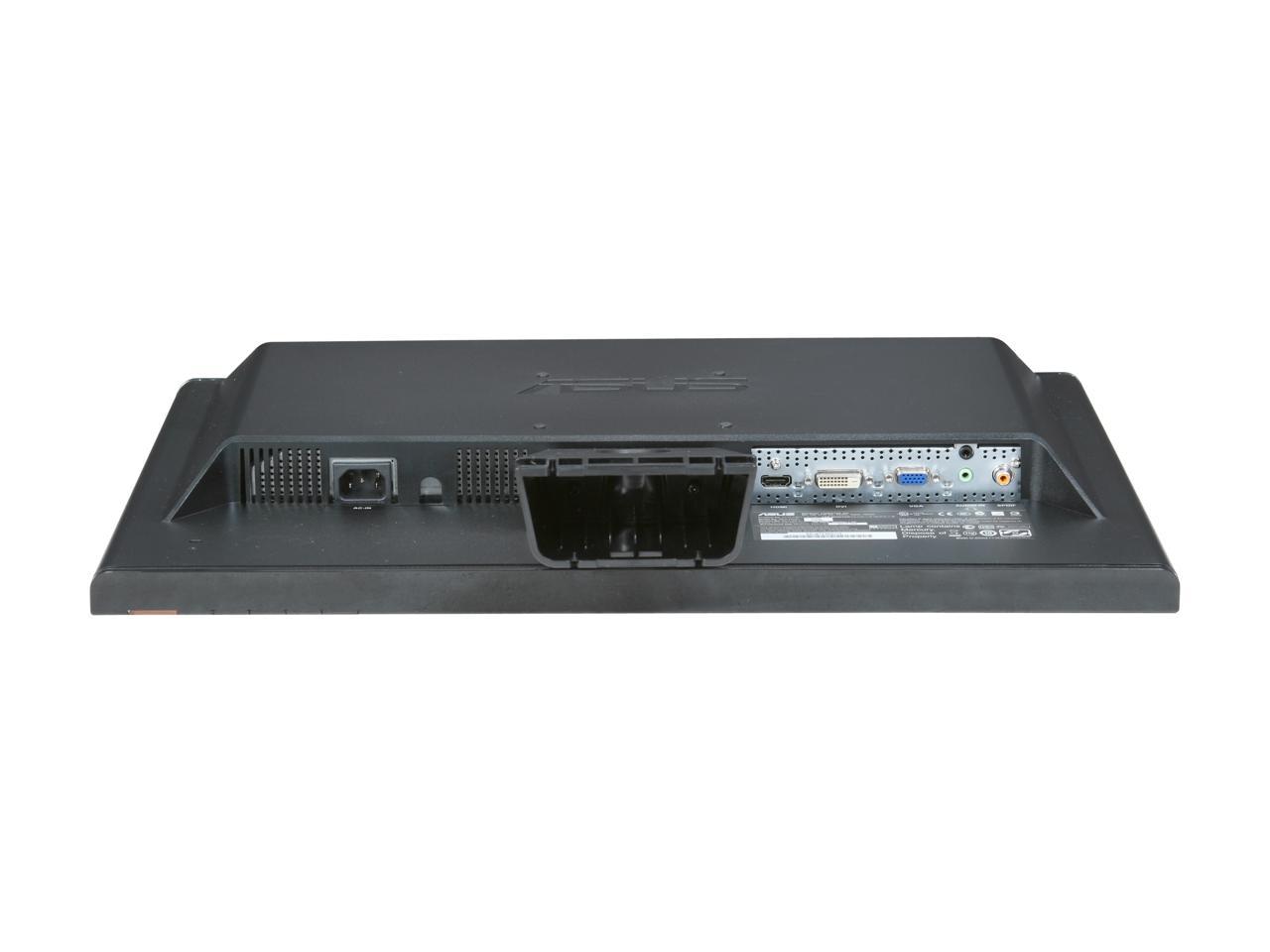 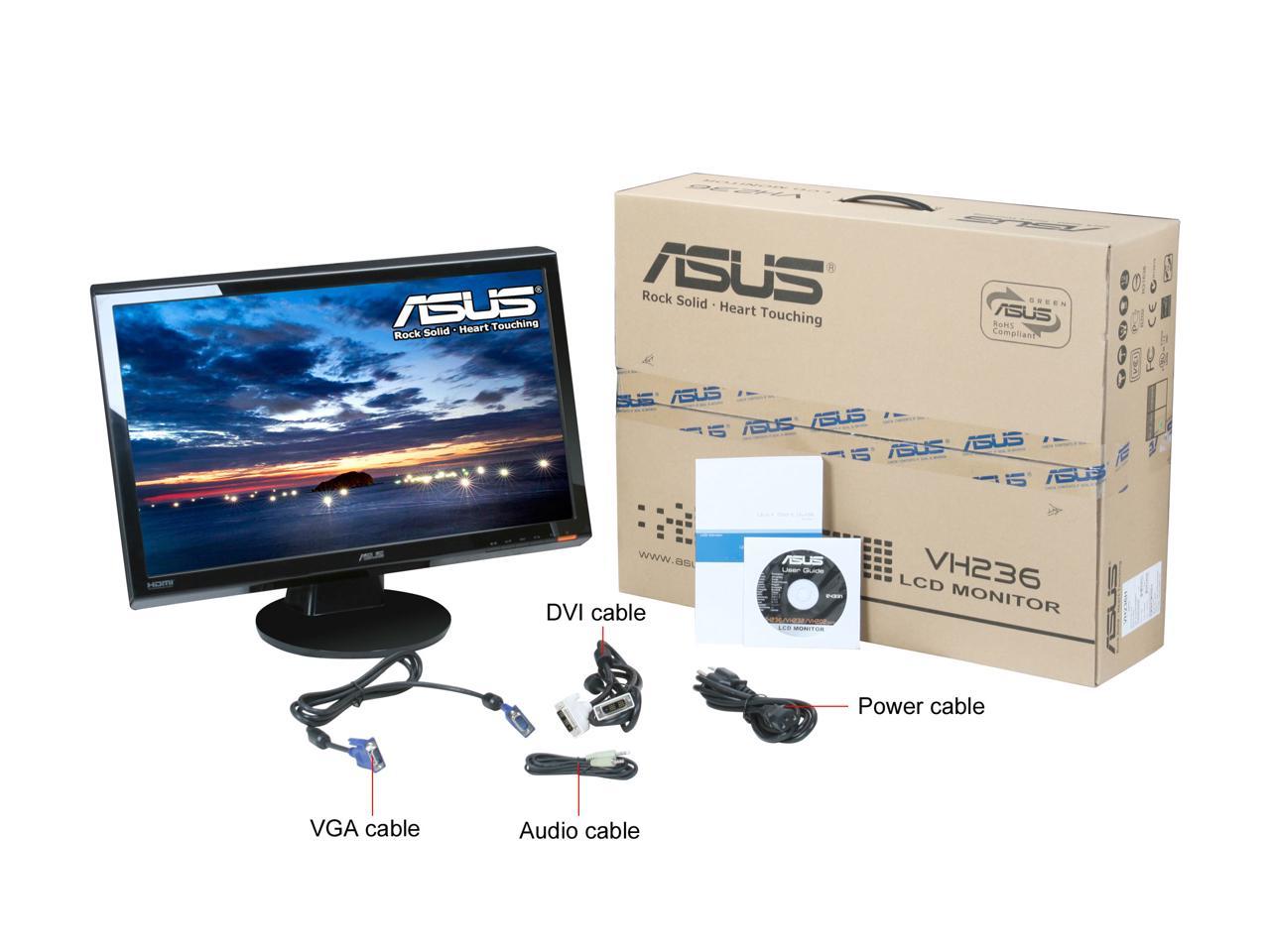 (1,421) Write a Review
OUT OF STOCK.
Fees for brokerage and duty included in price.
Overview
Specs
Reviews

Whether you're rendering video or graphics, enjoying your photos and movies, or gaming, you won't believe your eyes when you see the stunning color and clarity of the Asus VH236H.

Learn more about the ASUS VH236H

Pros: I got this monitor to replace an older one that I have had for sevreal years went to a larger size to gget more on it at same time I can now have web page I am on and a chatter screen up on side no problem have this setup in a dual stacked monitor system and it works great for me. Nice glossy frame but the monitor itself is a mat finish which is what I prefer so I don't get replections from the windows that are behind me. Control and power buttons oall on front of frame instead of on bottom which helps to push them without having to hold the monitor steady. Great color and brightness is easy to adjust for lighting environment. Stand looks stronger than most but I mounted mine on to a sturdy verticle mount system using the VESA mount. Got it on sale with MIR which was great , I would have bought it even at normal price but managed to time it just right and saved $40 over normal with promo code

Cons: I didn't get 2 of htese when they were on sale would have replced my 2nd screen that is glossy with it

Overall Review: The Newegg EGGIE's Event was more than Eggselent it was well planned and executed and we had a great time thanks to all who were involved in it

Cons: No leprechaun included. Didn't improve my sudoku skills, Didn't come with a Intel Core i7-975 Extreme and it can't burn blu-ray dics.

Pros: No light bleeding, and no ghosting. Colors display great, and 2ms response is incredible. GTG out of the box, got two for programming, and it might have been a bit excessive but they're beautiful.

Cons: One screen had a column of dead pixels, but RMA'd it and Newegg was quick to respond with no issues.

Overall Review: If you bought a $200 monitor for the speakers, you're an idiot.

Pros: --After testing w/ camera, onscreen timer, side by side with a CRT to same vid card - nvidia clone mode - I got results that ranged from 3ms to 7ms INPUT LAG (NOT "RESPONSE TIME") for for 720p and 1080p - DVI and HDMI input. To see my results, and how I obtained them, google "definitive lag" and read my posts (#1149 and later). Note: how in interpreted the data resulted in somewhat _higher_ numbers than other sources. Read=my ms times would be _lower_ if interpreted the same way other sources do. :D --I found no significant difference in Input Lag between Scenery mode (my color/contrast preference) and Game mode (which has blacks that are too bright). I game in Scenery mode now. --1 HDMI/1 DVI/1DSUB/ --Speakers! (they're not good, but better than nothing) --Less desk clutter if the speakers suffice for your needs --1/8" jack audio in and HDMI audio in SPDIF RCA jack output (feedthru of hdmi audio in) --Dedicated input toggle button. --Inexpensive --Mat

Cons: I'M NIT-PICKING here considering price and gaming performance. --Glossy bezel (screen is matte though) --No height/swivel adjustment (VH236HL-P has it though) --Speakers aren't the best, but at this price, having them at all is really a bonus. --Not the best color. I haven't gotten around to calibrating it yet, but don't expect the best results. This is just fine with me though, you can't get superb color with such minimal input lag and such a low price. If you're looking for an LCD monitor that's both low lag for gaming monitor and a high color fidelity for photo/graphics editing--stop looking: you won't find it because it doesn't exist (yet, maybe OLED in 5 years?). -TN Panel means color/contrast shift based on viewing location. TN Panel = a "PRO" though, when it comes to lag time and price, though. Again, just nit picking.

Overall Review: I finally decided to buy a 1080p capable low lag monitor after finally finding one that was rated very well in lag _AND_ was actually one not yet discontinued on NewEgg. I am very happy with the results. I haven't played fighting (street fighter/mortal kombat) games on it yet, but so far I'm happy with it in FPS games (though it's still no CRT running at 85Hz, it IS capable of 1920x1080 and isn't 2+ feet deep) and old school games. MegaMan 9 on PS3 feels as responsive as it should and the same for Bionic Commando ReArmed PS3 at 720p. The challenges were more difficult on a big screen DLP because of the lag, but on this monitor, it feels tight instantaneous as it should. NOTE: this is not an LED LCD monitor, but LED LCD monitors are no better or worse gaming-wise than regular LCDs. The backlight does NOT affect input lag, and the LED portion is the backlight. Don't believe the those that say they're better for gaming. The difference is color gamut, not lag time.

Pros: I actually wanted the VH226H that I purchased for a work machine but newegg had them on backorder. With free shipping and twenty off the difference was only about twenty. I recommend both, but given the better contrast ration and additional size, this is the way to go for a few extra bucks. I am running it at 1920x1080, it is huge clear and I have had to turn down the brightness, especially at night.

Cons: Don't buy it for the speakers, even for monitor speakers I would say they are below average. But ok for basic sounds.

Overall Review: Make sure you have a very good graphics card. I have an EVGA NVIDIA 8800GTS with 512MB. Works well but at these resolutions even a good card can be challenged. It would be a shame and a waste of money to have to run this big a screen on 1024x768 or some other lower resolution. The 1920x1080 is the recommended resolution.

Cons: I have a single bright green stuck pixel at around (1285,805). It's very annoying, and there's nothing I can do about it thanks to these ridiculous bad pixel return policies; Newegg requires 8 bad pixels to qualify as defective, while ASUS requires 3. This monitor is brand new, so any more than 0 bad pixels is defective in my eyes. I wish the stand allowed for vertical movement. I also wish the monitor controls were more intuitive.

Overall Review: I must say, I wouldn't mind it that much if it was closer to the screen border, but it is right in my field of vision.

Pros: I love it! The monitor has all the right settings for me to adjust it to any viewing condition. I use it with my Mac and my PS3, and switching between is a breeze. The PS3 looks great, DVDs played off my Mac look surprisingly good, and this thing can light up your whole room as well as get dim enough to stare at all day in low light.

Cons: Came with two stuck pixels, which is an obvious risk from these past generations of LCDs, but the resolution is so high, I can't even see them unless I'm 6 inches from my monitor...so they don't effect my experience at all. They're stuck, not dead, so there are plenty of ways I can go about fixing them. The speakers are fairly quiet, but that shouldn't matter much, it has a jack for headphones/3.5mm and an SPDIF out, so it's not really a con. The viewing angle isn't accurate, this thing only looks best when you're sitting mostly in front of it. Playing StreetFighter 4 is fine, but try to fit more than 3 or 4 people around it and they'll have trouble seeing. Whatever, it's for your desk, not your livingroom.

Overall Review: Great monitor. Only gripe is the viewing angle. Asus seems to have made a good monitor for me, I'd buy their products again. Doesnt' come with an HDMI cable, but they're like...87 cents on another site anyway. I ordered them at the same time and got 'em both within a few days. Newegg ships FAST! Did I mention the price? I got this for 200 with free shipping...I got way more than I paid for, in a good way.

Pros: I call this monitor BBB, Beautiful Big Bertha cause the display is beautiful, screen is huge, and Bertha is a pretty girl I knew in grade school. Watching Kpop videos on this thing gives a whole new meaning to HD. Bubble bubble bubble pop, bubble bubble POP POP!

Cons: Can't really move the display all that much as others have said. Not that big of a problem though, put a book or DVD case under it to adjust the angle/height.

Overall Review: I swear, some people on these reviews act like they're incapable of doing anything on their own. "oh this monitor doesn't have a 720 degree adjustment radius so I can't see the screen while I'm laying under my desk! Minus 4 eggs!!" Stop whining and find a solution instead of complaining that the product does not meet 100% of your outlandish requirements for it.