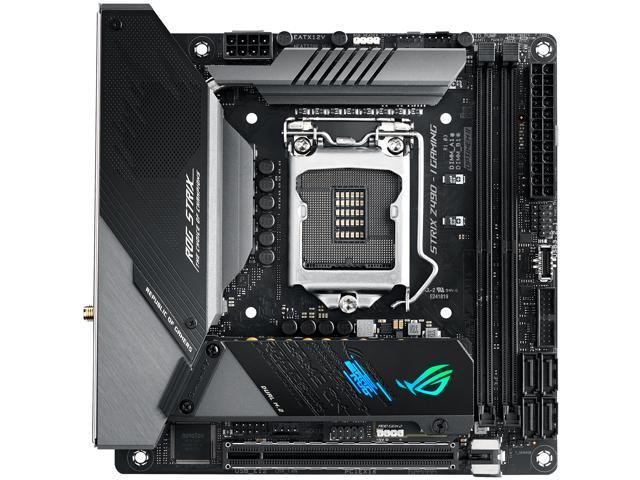 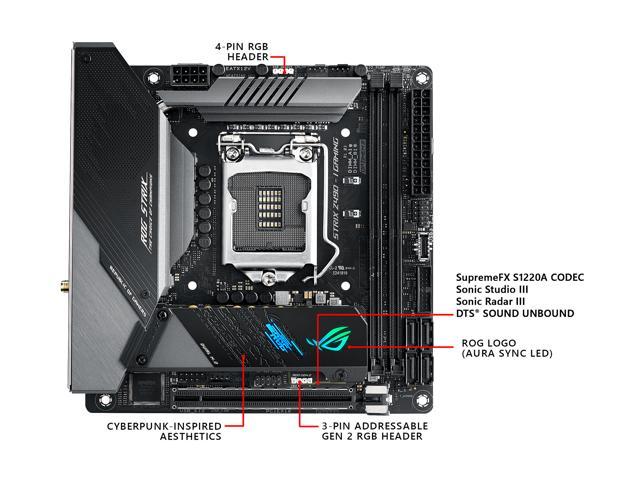 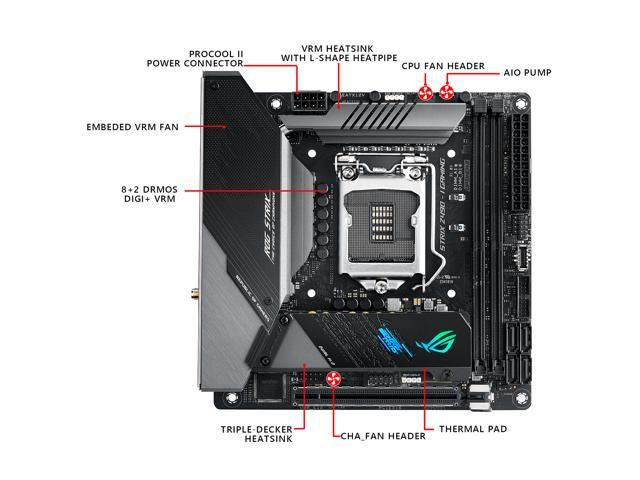 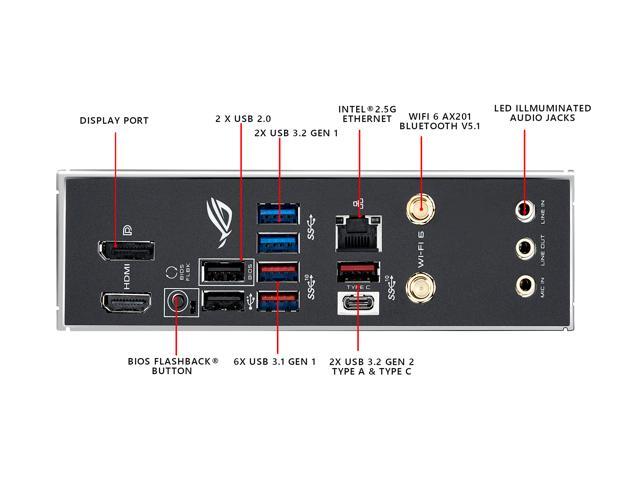 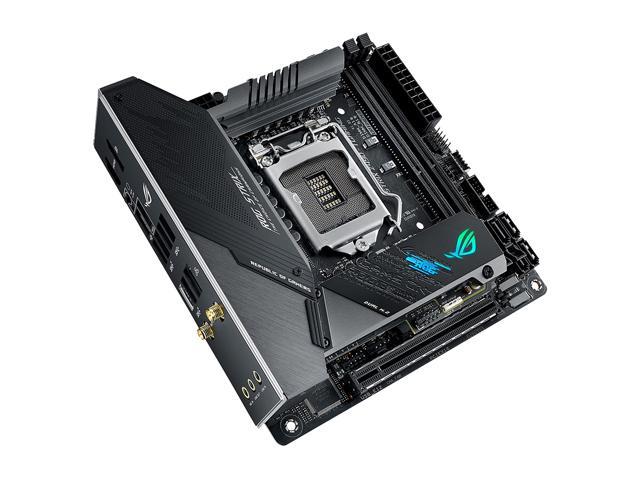 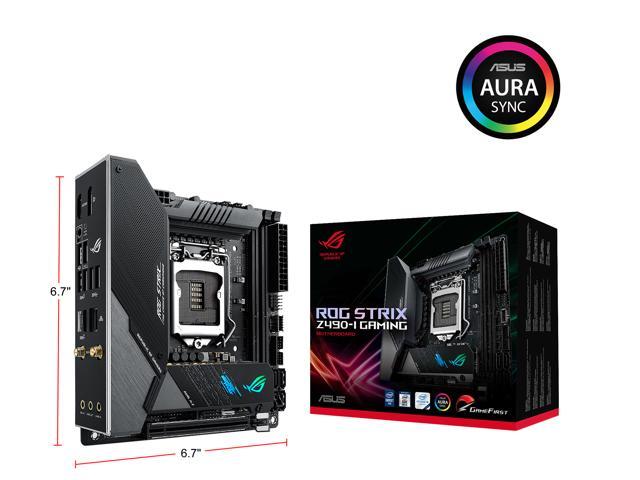 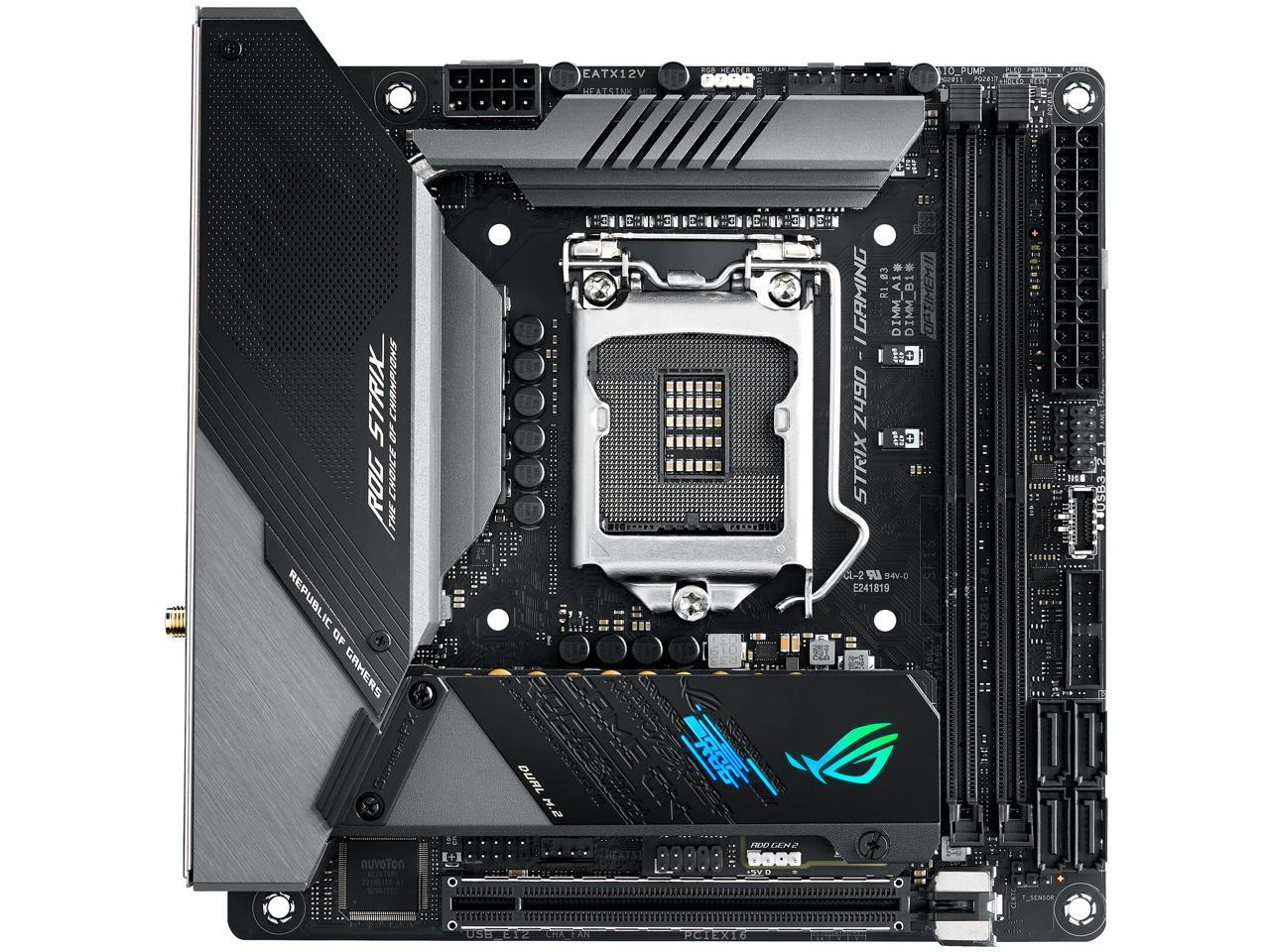 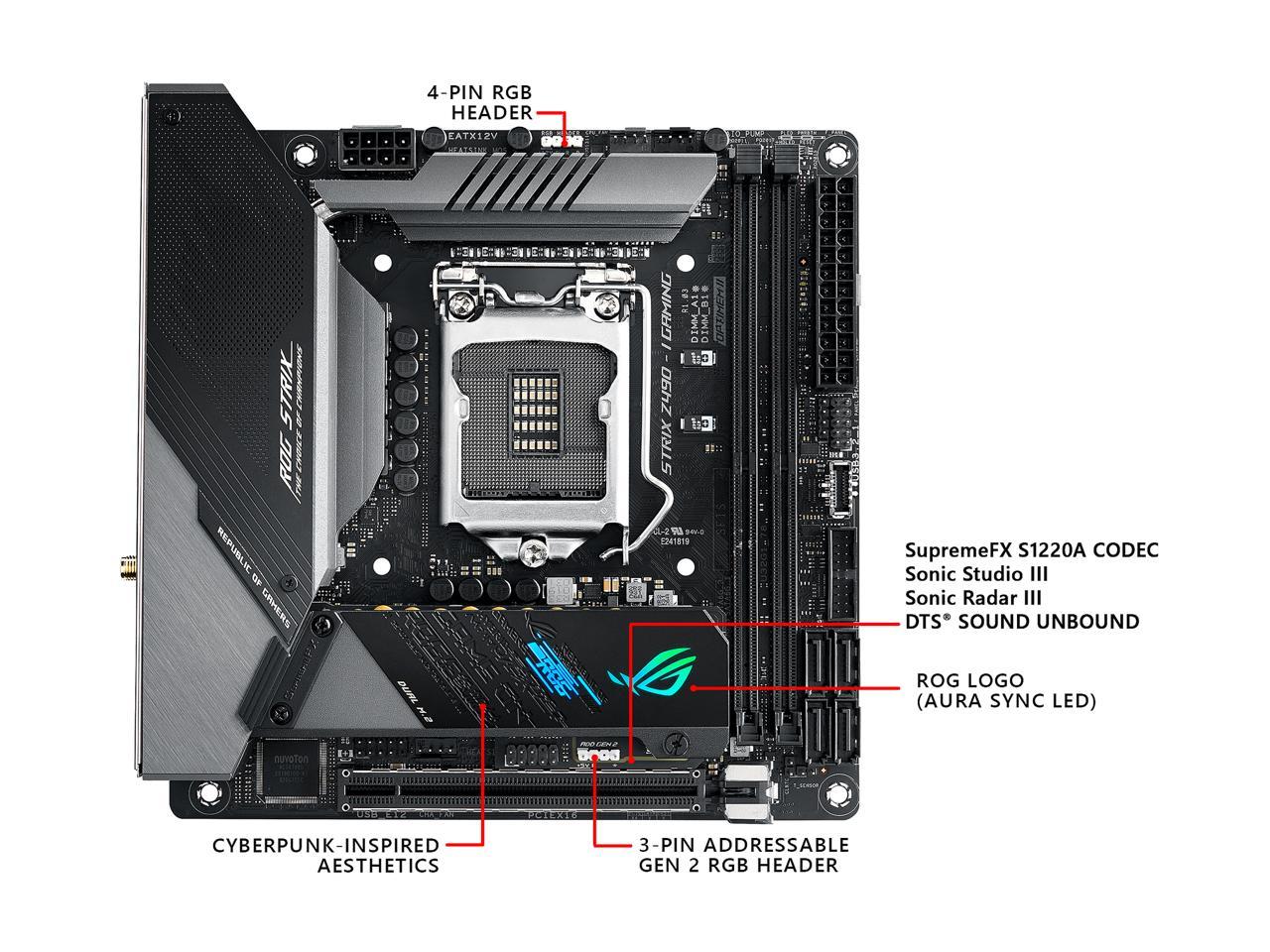 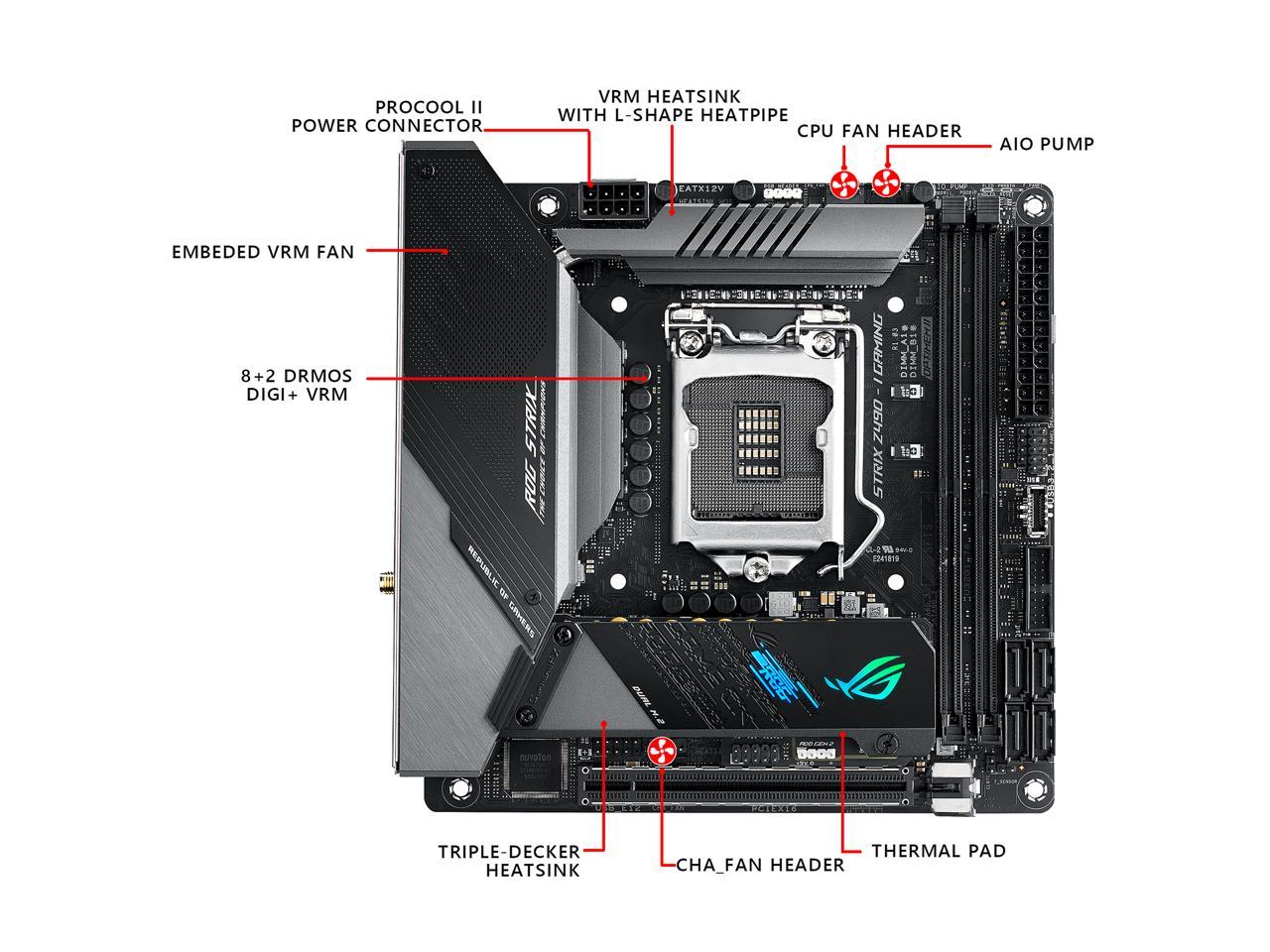 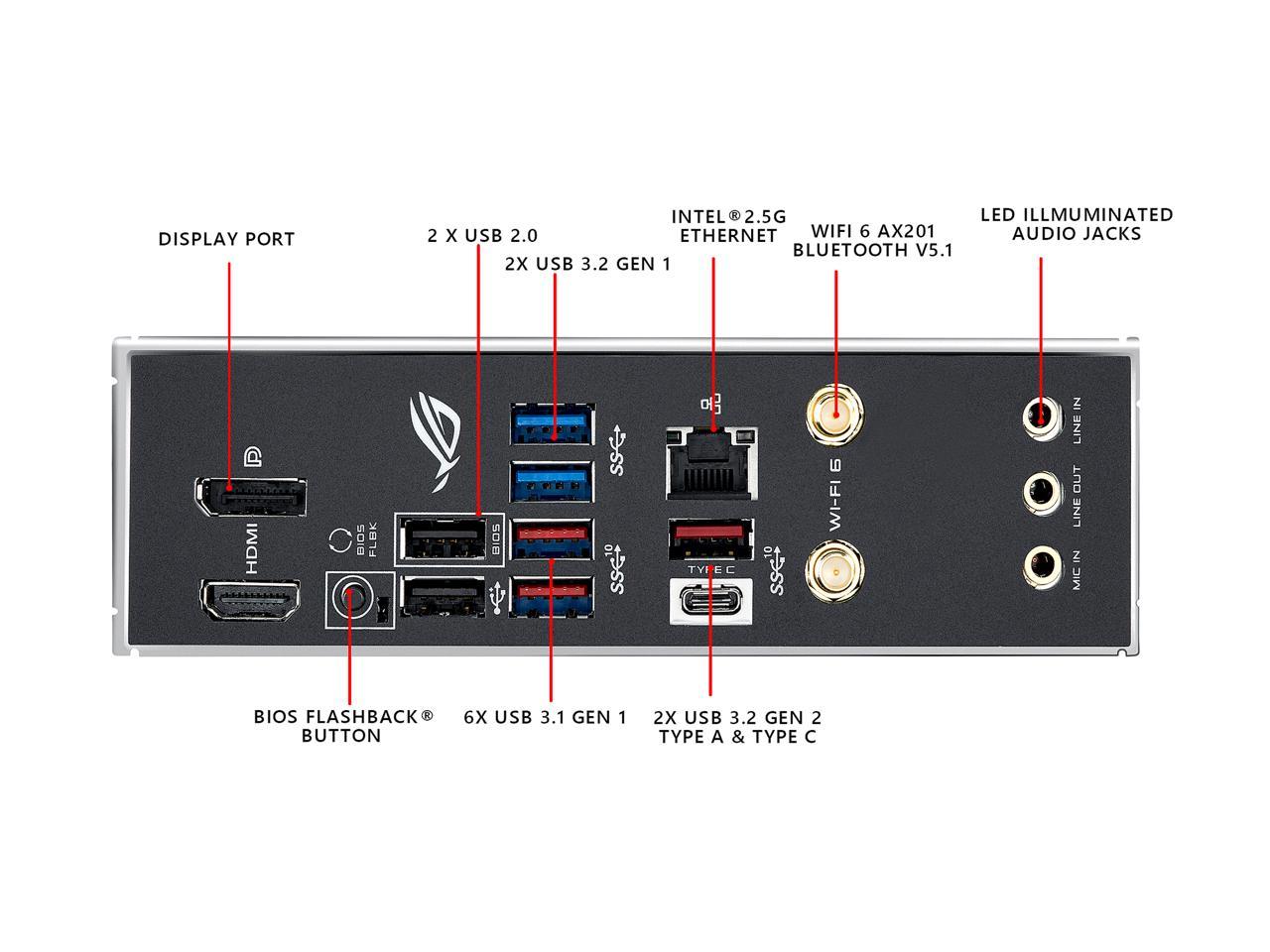 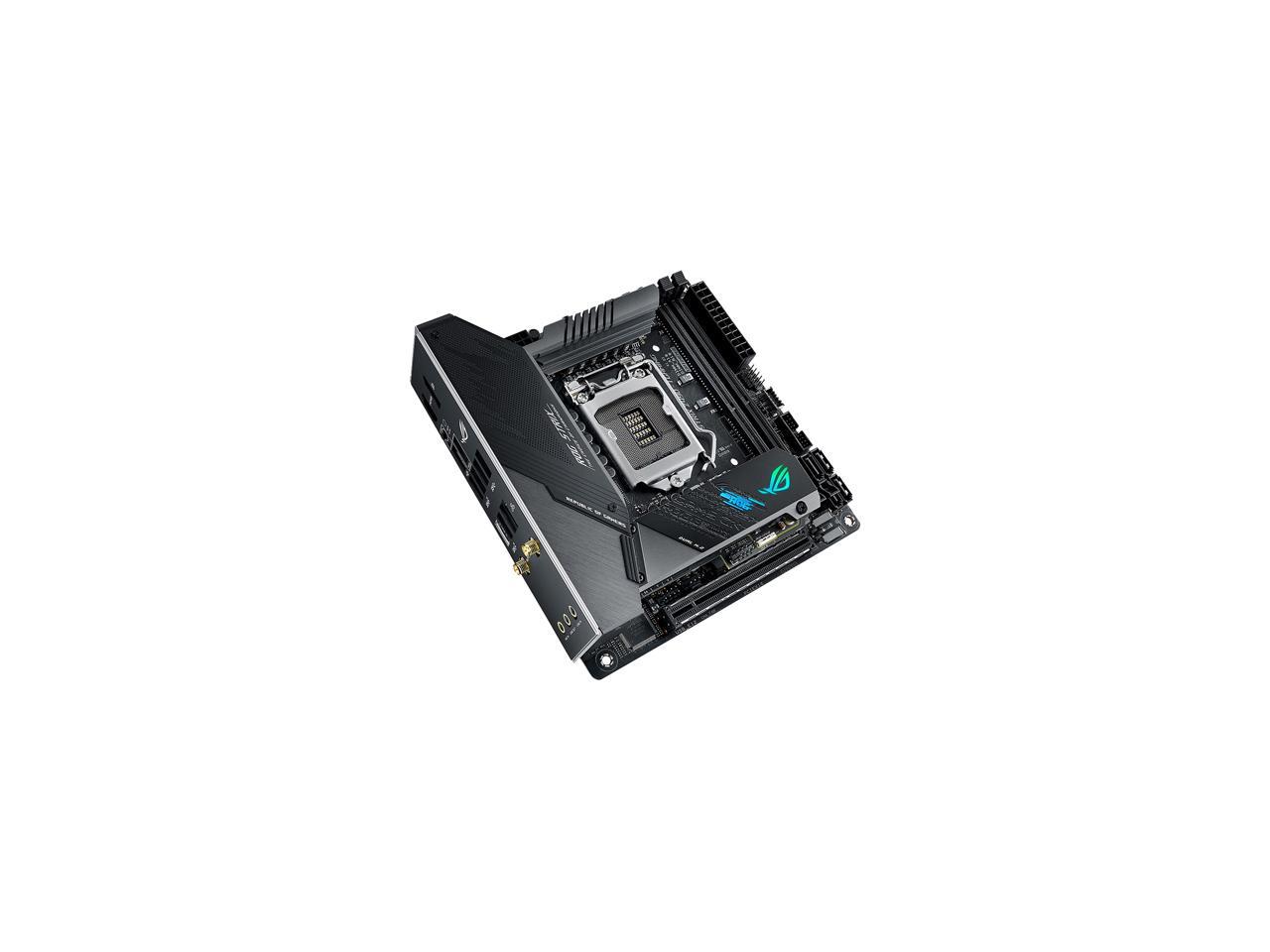 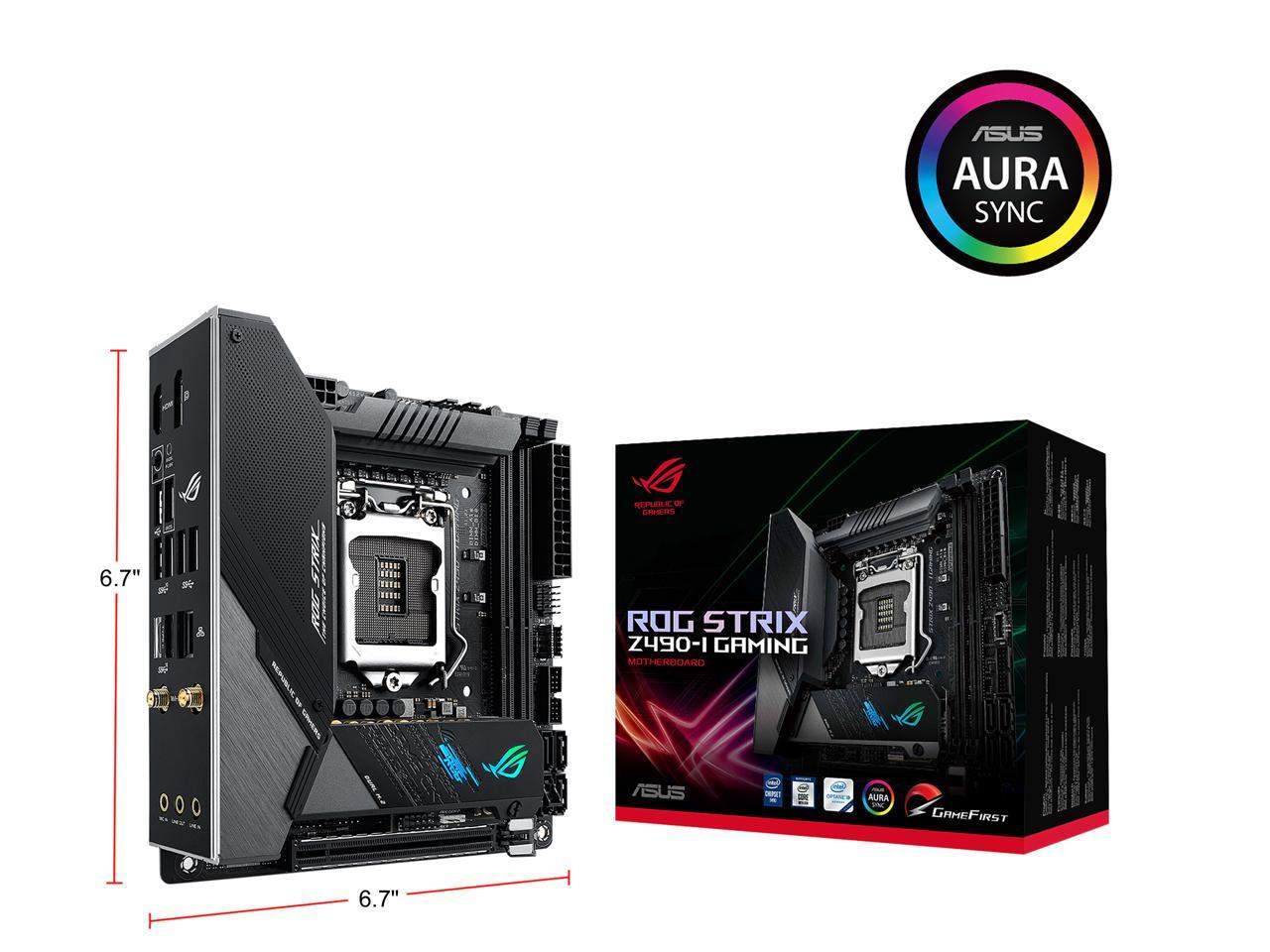 Cons: Died after 3 months. After filling out an RMA request from Asus haven't heard back in a week, not even a confirmation letter that they received the request.

Overall Review: Lots of DOA problems with this current board, and Asus RMA does not seem to be fully functional at this time. Would not buy again.

3 out of 3 people found this review helpful. Did you?
Manufacturer Response:
Dear Sauli, It is unfortunate that your motherboard is no longer working after 3 months of use. What is exactly happening? Have you checked that all power connections are not loose? It looks like you're having trouble with your RMA request. I can help you with this. Please contact me at cl-justin@asus.com, so we can get this process started. Your case for reference is #N200869111 ​ Thanks for choosing ASUS Regards, Justin ASUS Customer Loyalty - US Support
Armando D.
Ownership: 1 month to 1 year
Verified Owner
ROG STRIX Z4907/14/2020 1:18:38 PM

Overall Review: First came Doa but replaced quickly by newegg, second one working flawless and please Note if you buy it....had NIC issues and the Fix is 1-update bios 2-update NIC firmware and reboot 3-Install drivers other than that This Board is Rock Solid stable and well build. Hope this helps

Pros: Wifi 6 Better build then the b360 Access to disabling hyper threads Rgb in the right place and not in the back of the board. Overclock The two m.2 slots are in the front.

Cons: Coming from a b360 motherboard is a improvement. The motherboard looks amazing compare with other new mini itx case. Although the gigabyte, msi, ASRock have some better features but they really don't look as well.

Cons: - This was odd but out of all the ASUS boards I have installed, this one required me to install the network driver out of the box for Ethernet. No biggie though. - Not really a con for my case but for the 3 pin RGB header plus the 4 pin chassis header right under the heatsink, it was a little tight to install my GPU since I had to neatly route the cables but it all fit snuggly in place. There is a onboard audio connector there too but I don't use onboard audio. Just a heads up

Overall Review: As a long time ASUS customer, I am impressed with what they did to this new chipset. No issues with first boot and this motherboard speaks of reliability and longevity. If you are looking for ITX, give this board a try. I can't speak for other brands that offers Z490 ITX, but ASUS did a good job with this one. It was well worth the price.

Cons: dead on arrival poor support from asus was told a replaced would be 7-10 business days and that it could be a refurbished oned

Overall Review: was really nice board if it had of functioned ordered an asrock z490 phantom gaming to replace

5 out of 7 people found this review helpful. Did you?
Manufacturer Response:
Dear Valued Customer, It is unfortunate that your motherboard was dead on arrival. Can you try taking your motherboard out of your case and testing it on a non-conductive anti-static test bench, and see if the problem still persists? Please test your unit with a stick of RAM, CPU, PSU, and a GPU and see if it posts. Let me know if this helps. If you have any questions or concerns, you can contact me at cl-justin@ asus.com. I'm here to assist our customers with our products and dedicated in bringing a resolution to all issues that they may come across. Your case for reference is #N200720594 Thanks for choosing ASUS Regards, Justin ASUS Customer Loyalty – US Support
Robert C.
Ownership: 1 day to 1 week
Verified Owner
Dead On Arrival7/1/2020 5:37:52 PM

Cons: Dead motherboard. Spent a long time troubleshooting including a swap of the PSU. No success.

Overall Review: I've built quite a few computers over the years, and this is the first completely dead motherboard that I've experienced. I think I'll try the MSI.

3 out of 4 people found this review helpful. Did you?
Manufacturer Response:
Dear Robert C., I'm sorry to hear that you were unable to boot your motherboard. All ASUS products undergo intensive quality control, testing and inspections. What you've experienced was not intentional or representative of our brand. When you tried to power on the unit, what LED error codes did you see? Can you please provide me with your complete system specifications and list of all of the troubleshooting steps you have tried thus far? I'd be happy to help you troubleshoot this issue in more detail. Please reach out to me at cl-lane@asus.com and include case #N200705817 in your email for reference. ​Thank you for choosing ASUS! Best regards, Lane ASUS Customer Loyalty – US Support
Anonymous
Ownership: 1 week to 1 month
Verified Owner
Overpriced and not good value.7/10/2020 9:27:45 AM

Cons: - m2 heatsinks are useless. Had to take off heatsink plate (which is also the only RGB LED onboard) to install aftermarket heatsinks instead. My m2 drives easily hit and throttle at 95 degC within a few minutes. Barely any room for airflow also. - m2 heatsinks aren't thermally connected to the VRM cooler and instead cool by radiation of flat metal plates. - chipset heatsink buried under m2 drive heatsink with no ventilation or connection to VRM cooler. - crowded installation with tiny screws (upside is that you don't have to switch screwdrivers). - gets hot to touch under moderate workload. - weakest VRM set out of the mITX Z490 boards. - also out of the other mITX Z490 boards it isn't PCIE 4.0 friendly. - most expensive mITX board at the time of this review.

Overall Review: Might want to not tighten m2 heatsink screws and double check that your m2 drives aren't warping. If you're not careful you can easily crack your m2 drive, especially when its thermally overloaded. You'll typically need thermal tape less than 1.0mm thick (1.0mm exact will still cause some warping with heatsinks flush against standoffs). Also, make sure to install all other intended connections such as the ARGB header, etc. before installing the GPU as the GPU will block reach. Z490 isn't meant to be a cheap system so the motherboard should've been designed to better protect/prolong the components that are going to be installed in it.

2 out of 3 people found this review helpful. Did you?
Manufacturer Response:
Dear Valued Customer, I'm sorry to hear that you are unsatisfied with your motherboard. That is absolutely not the kind of experience we want any of our customers to have. You were seeing 95C with direct contact to the thermal pads under the M.2 heatsinks? What kind of case airflow and application were you running? Please reach out to me at cl-lane@asus.com and include case #N200750169 in your email for reference. I'd like to investigate your case for quality control. Thank you for choosing ASUS! Best regards, Lane ASUS Customer Loyalty – US Support
Daniel R.
Ownership: 1 week to 1 month
Verified Owner
Excellent Mini-ITX board so far1/16/2021 10:17:18 AM

Cons: - I wish that the standard 12v 4-pin RGB header and the 3-pin ARGB header placements were swapped as plugging in the ARGB header with GPU installed is a very tight space. - I purchased an EK-AIO 240mm kit but had to return as I was not able to install the CPU waterblock into this mobo due to space which leads me to the next con - I would have preferred to have the main M.2 slot be a single layer slot with the second M.2 slot placed on the backside of the board. - Would have liked to see a bit of RGB on the main I/O shroud as the LED's on the M.2 heatsink are partially covered by my Noctua NH-U12S heatsink.

Overall Review: I have been using only Mini-ITX sized boards in my builds for the past 5 years as I never have enough hardware to warrant using a full sized ATX board. Overall, this is the best ITX board I have ever used and absolutely love the aesthetics compared to the Maximus VII Impact that this board replaced. I have learned to adjust to building with a cramped motherboard but was still bummed that the EK-AIO kit that I purchased was not able to fit due to the fittings on CPU waterblock hitting both the tall M.2 heatsink or the closest stick of RAM depending on the CPU block orientation. Overall, I am extremely happy with this board and always use ASUS ROG boards in my personal builds. I've never had an ROG board fail me in the past 10 years.