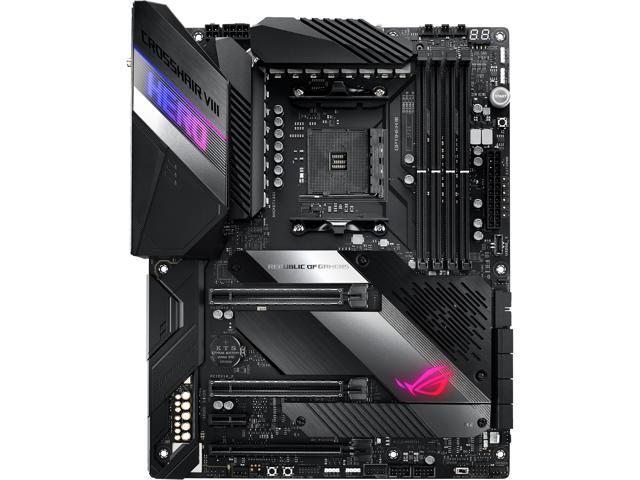 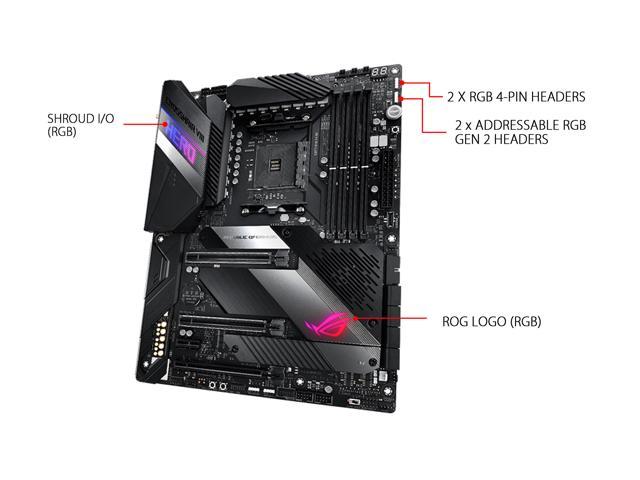 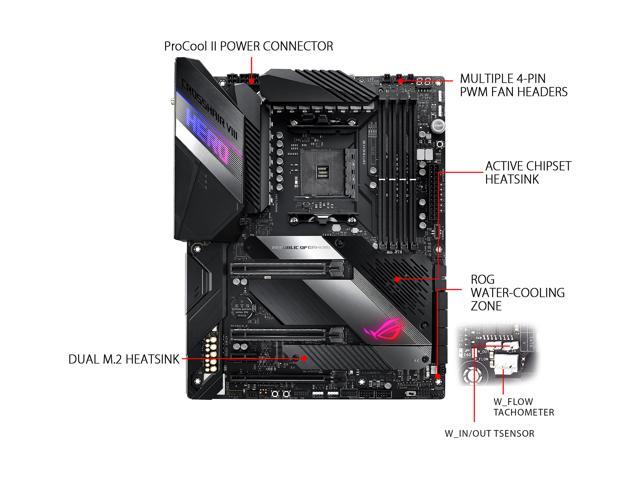 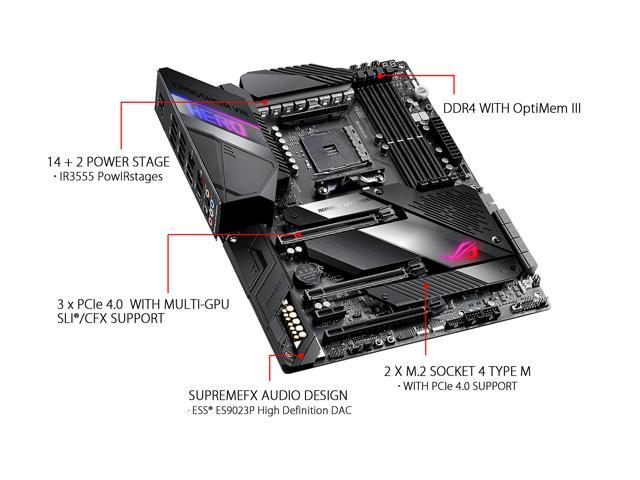 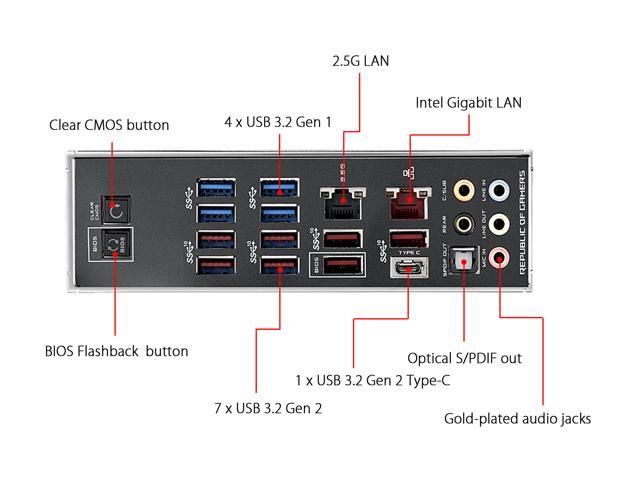 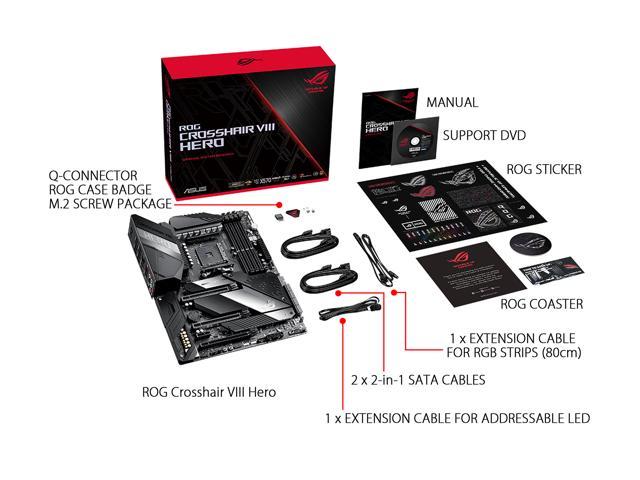 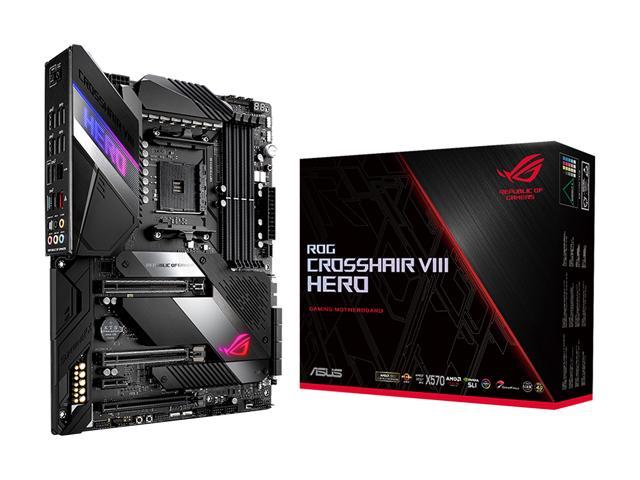 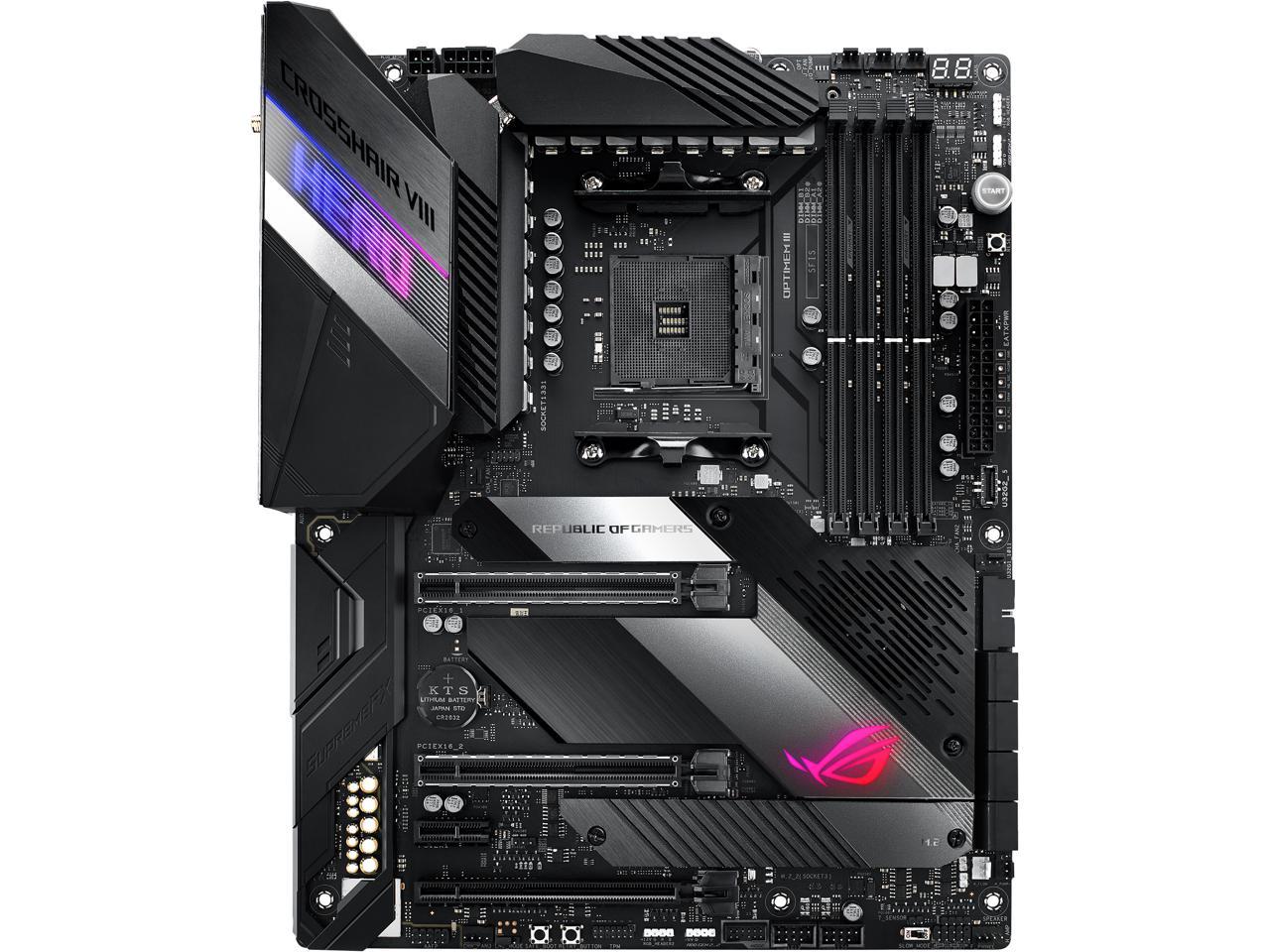 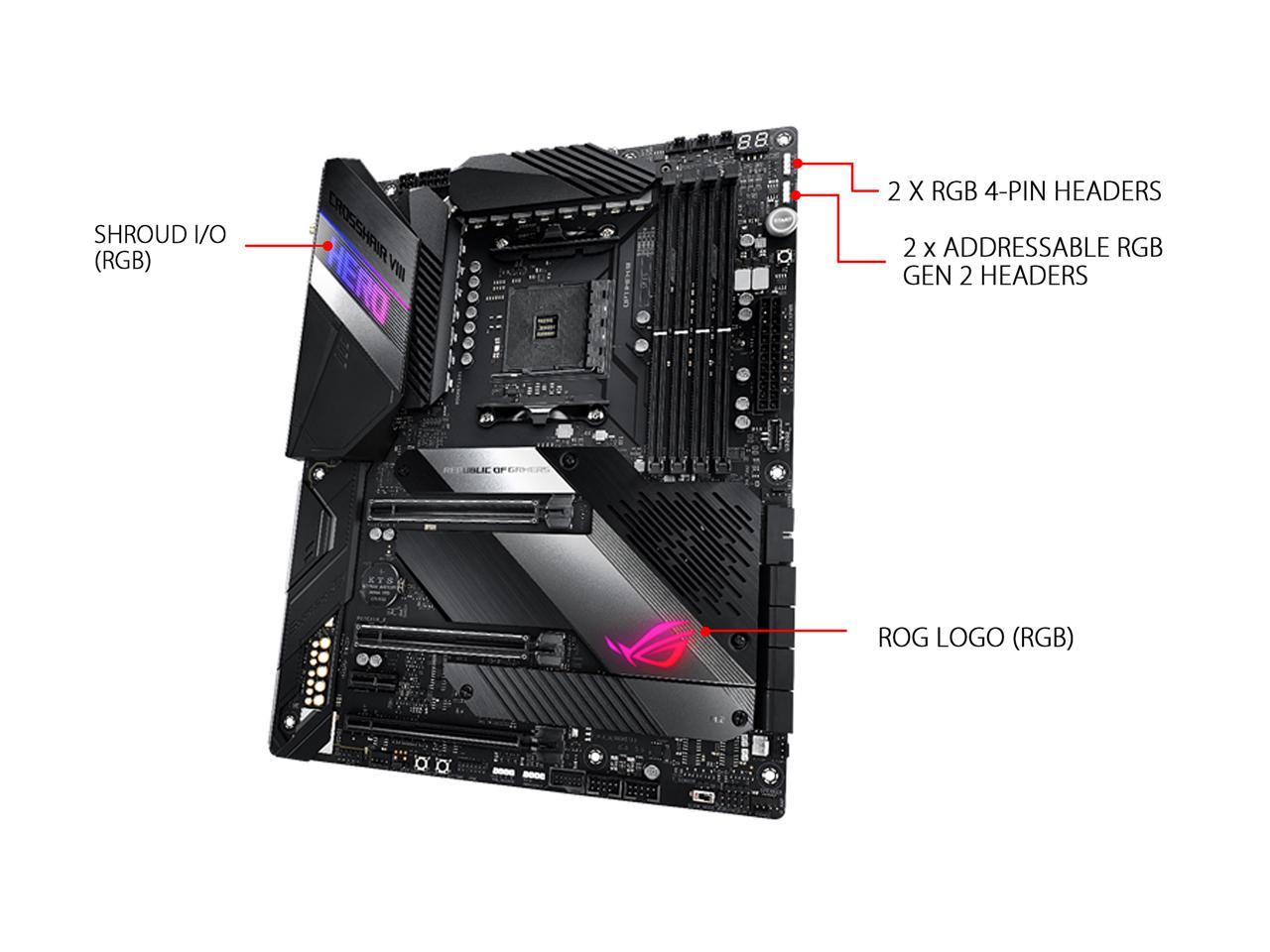 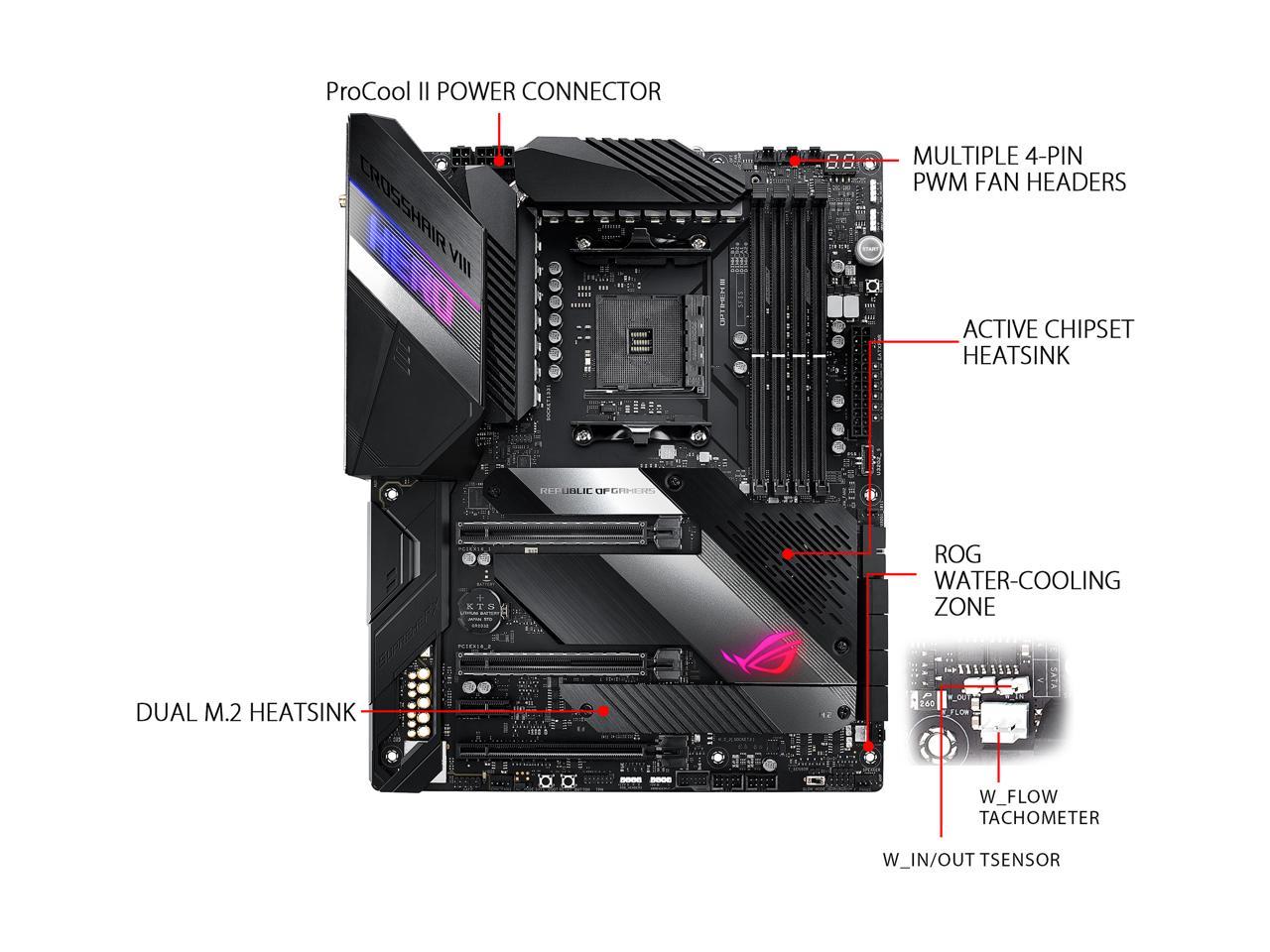 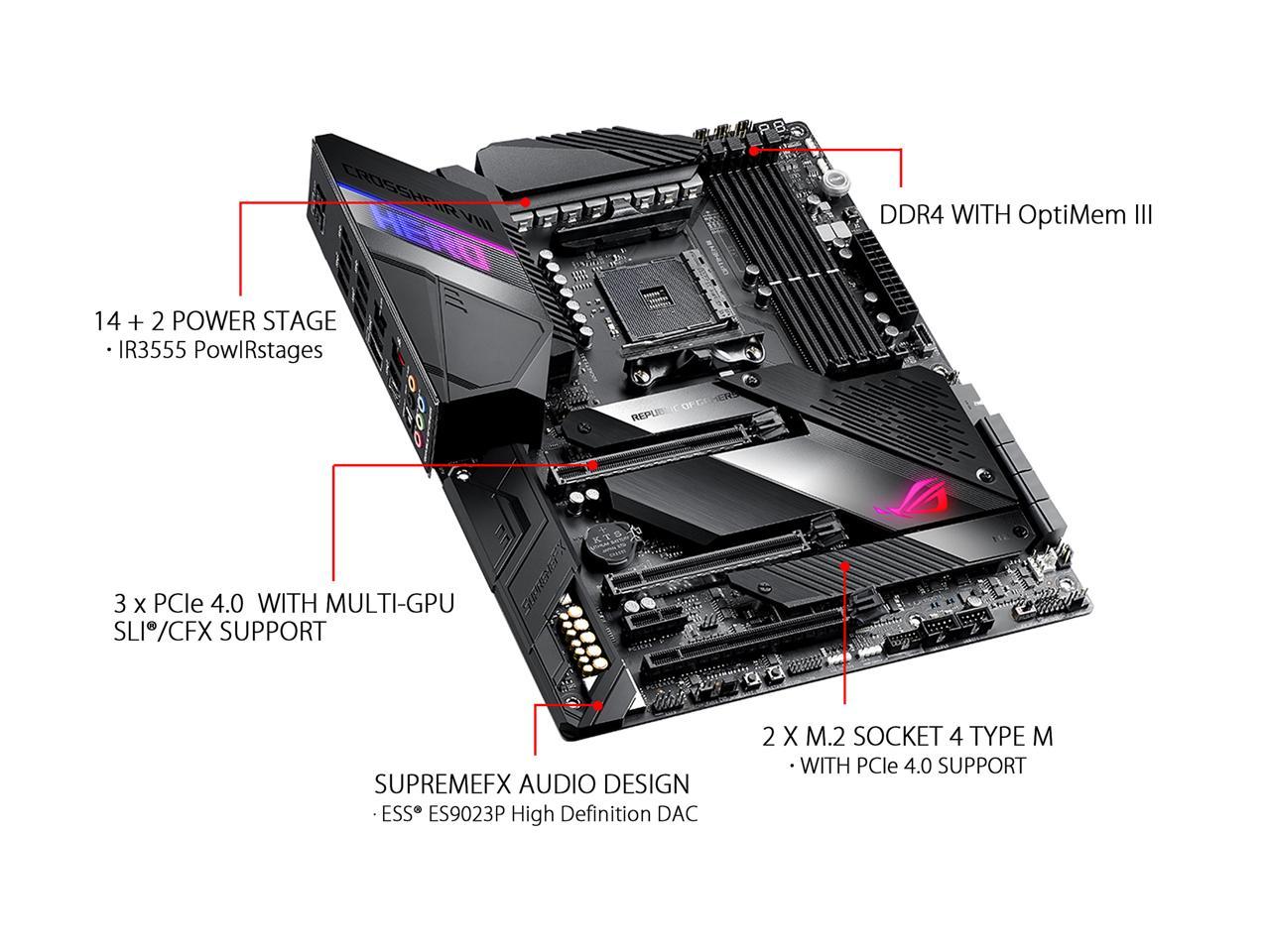 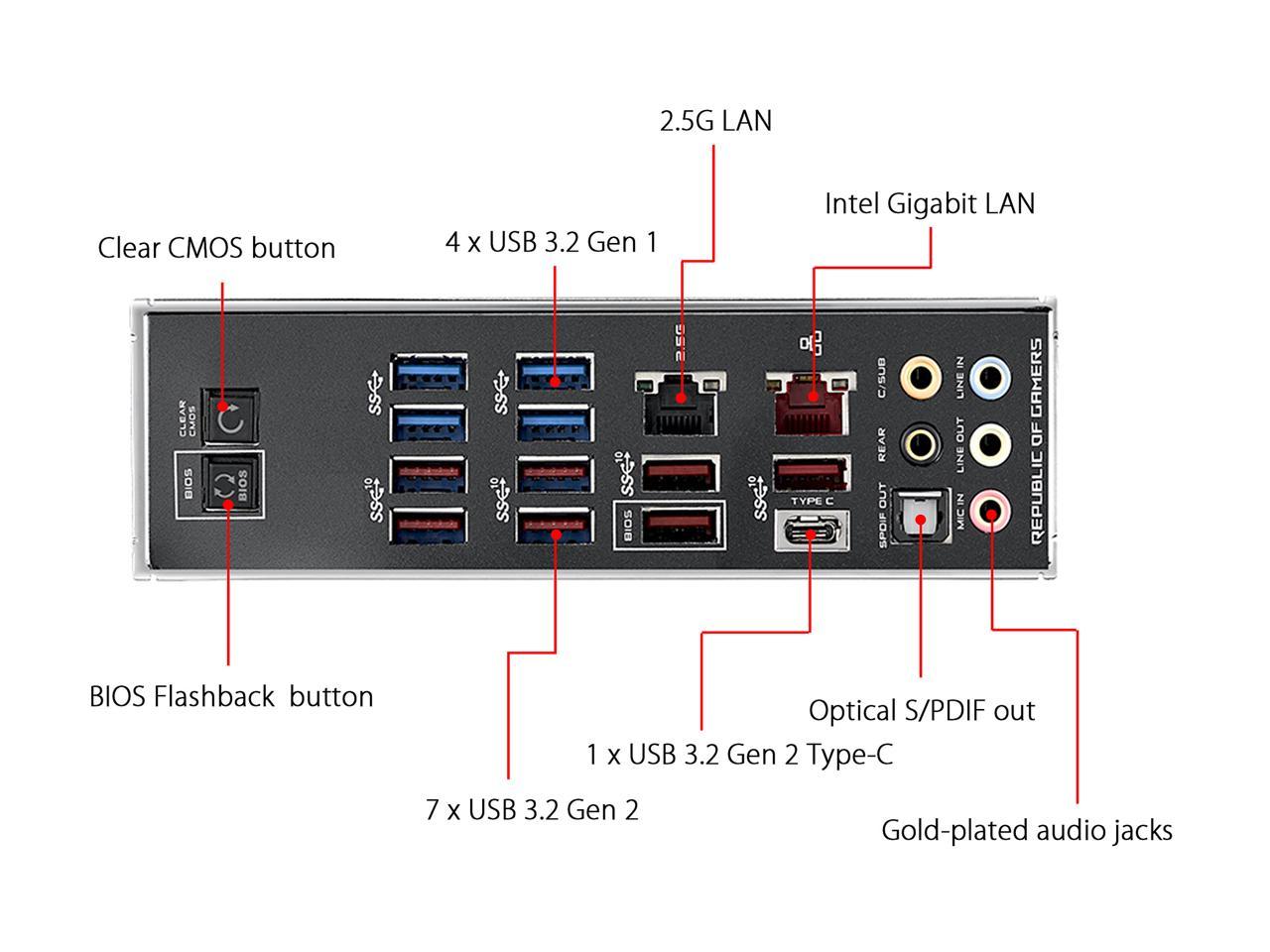 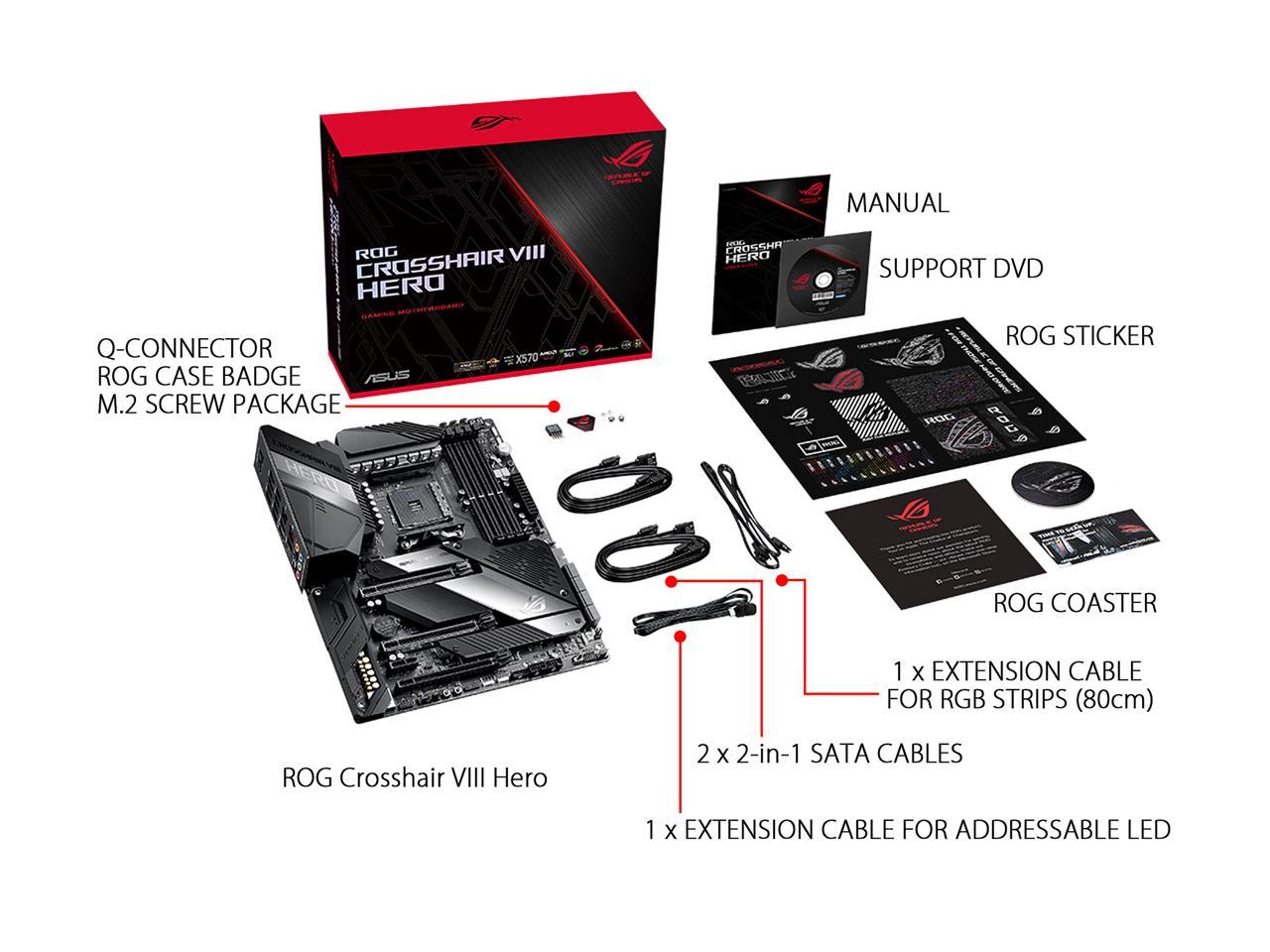 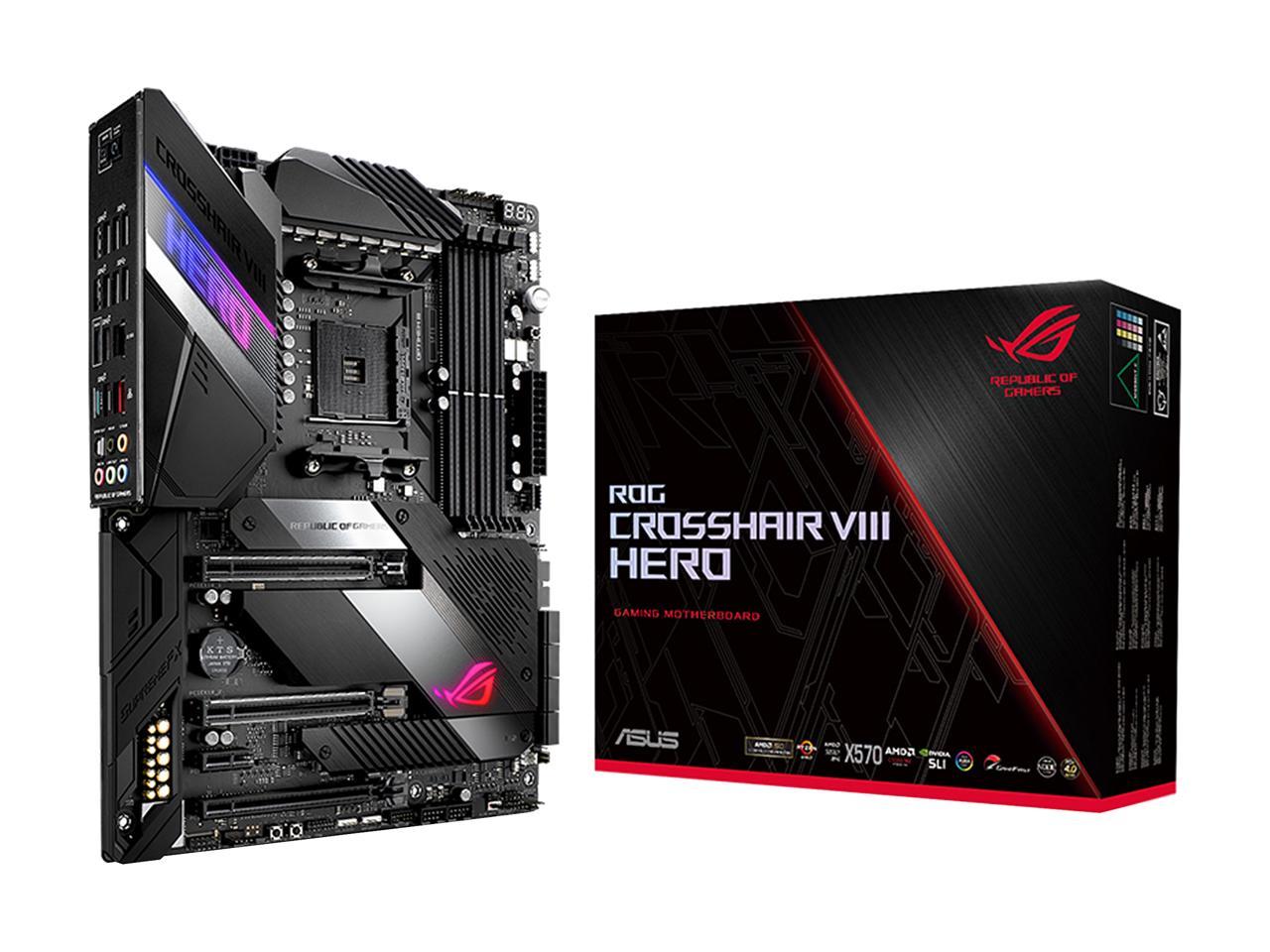 Pros: -Connect it to the internet when you're doing your first boot and update the bios -You can connect and update directly through the boot menu so you don't need a USB stick as long as you have internet. -Will save you so much headache later

Overall Review: Made for OC. Very nice looking board, wish the Hero logo was a bit brighter.

Pros: -All the ports and headers you could need, including dedicated water cooling spots. -Excellent VRM. -Thick heatsinks everywhere, including for the m.2 slots. -Audio is good. -Easy BIOS flash, decent UEFI. -Classy RGB, the bit on the shield could actually be a touch brighter. -Absolutely beautiful, and very well made. -POST codes are very useful.

Cons: -Multiple RGB apps lead to watered down product, Aura Creator doesn't support this mobo. They could really stand to condense these and expand access to more devices and user content. -Chipset fan blocked by GPU, though the temps aren't bad and switching to vertical orientation will solve this issue(once I get to the GPU cooling, anyway). This seems pretty common on x570 boards.

Overall Review: I love this mobo. I was waiting on a good price from newegg for a few weeks, got it, and couldn't be more pleased. Flashing the bios before assembly was a breeze, put everything together and it worked like a charm. The UEFI didn't make it easy to push my ram, but it wasn't difficult either. I'd enthusiastically recommend this board, the rich feature set is tough to beat at the realistic price point. Also, 20% off cablemod is a nice coupon. Now to start saving for Thor.

Pros: Super stable. An unbelievable number of OC options. Can flash the board without a CPU present, so you can update the BIOS for Ryzen 5000s no matter what. Excellent sound quality

Cons: M.2 screws are super easy to lose, and there are no extras. The Realtek audio drivers install crapware, but you can remove it again.

Overall Review: Headline warning: be super, super careful with the tiny screws in the M.2 heatsinks. ASUS really should include a few spares, because they are absolutely critical, and so tiny that you could probably lose them on a flat, hard surface, nevermind a carpet. Other than that, this is a truly excellent board with a million OC options. I've barely even looked at them so far, as I've been proving that the system is stable, but it's got a ton of stuff, most of which I don't even vaguely understand. It also offers many several auto-overclocking utilities to find the exact timings your board, CPU, and RAM can support. The BIOS is pretty, friendly, and easy to use, and if you're an RGB fanatic, the board has a few LEDs of its own, and can drive a bunch more off two separate connectors. It's very dark itself, so it should make a nice background if you want to turn your computer into a light show. Me, I'd rather the fireworks be on the screen, not in the case, but you do you. :-) The sound is also very good. I'm using it with a pair of Sennheiser HD600s, which are famously hard to drive (they have 300 ohm resistance, where regular headphones are typically 30 ohms or less). The drivers detected the high load, set their amplification to 'extreme' automatically, and I'm most comfortable running at about 40% of max volume. It might be stronger than my ancient-but-still-working Total Bithead headphone amp, and is extremely competent at music reproduction. I've been playing some World of Warcraft, and I gotta say, those soundtracks are spectacular. Really, other than the lack of extra M.2 screws, I can't think of any substantial criticisms, just unimportant fluff like "I hate the Republic of Gamers branding" and "I don't like RGB." With two or three spare screws, this would be the perfect motherboard.

Pros: Building the system was easy. Muted lighting for a change. Everything worked. This will be my second board, the other is in my system running like a champ.

Cons: Get rid of the CD and add a dongle with the programs in the box. Sheesh most cases these days do not even have a CD case slot anymore. ASUS lighting software needs better instructions to get everything sync'd up including ROG items The video card is still a different color then the rest of the lighting. I finally gave up.

Overall Review: I love this MB and enjoyed building it and seeing it come to life. I think many of you need to research before you buy items such as memory and the like on the MB vender site. ASUS or for that matter all the motherboard sites post a qualified venders lists of parts tested on each motherboard. This will save you so much headache. I post this as once I knew the parts I wanted to use in my builds I check the list. IF YOU ARE NOT USING STOCK MEMORY YOU MUST UPDATE THE MB BIOS OR YOU WILL HAVE PROBLEMS. SAME FOR ALL MB'S. Even my brother a 20year IT fella failed to do it and had problems as he was used to the mb just checking the mb and running new memory. Not any longer you must do this.

Cons: Mine was missing a screw for 2nd M.2 drive

Cons: - FAN control has been... difficult.. and requires a lot of tinkering. - The software included feels like bloatware. - BIOS updates always resets the BIOS settings.

Overall Review: I think this is a solid board. Lots of neat features and easy to use. The only thing I don't like is the software and the bios interface. I have also had a hard time tuning all my case fans.

Manufacturer Response:
Dear Erik A., I'm sorry to hear that you are having issues with fan control on this motherboard. This is absolutely not the kind of experience that we want any of our customers to have. If you haven't already, I would recommend installing AI Suite III. That will allow you more granular fan control options from within the OS. I've linked the download page below. If you have any general or technical questions, please email me at cl-lane@asus.com and include case #N2012012011 for reference. Thank you for choosing ASUS! Best regards, Lane ASUS Customer Loyalty – US Support

Pros: Its sturdy and nice looking at the same time while giving great performance. Is rich in features and options plenty of I/O Replaces my Crosshair Hero VI x370 platform Runs my 3900x without an issue.

Cons: Slight damage to the rear I/O cover like something dropped on it. I think I may either have a defect from the factory or a RMA open box unit that I paid full price for. Am hoping its just cosmetics only as the board is functioning and I don't want to spend weeks waiting for RMA without a working PC in the mean time. A USB drive containing drivers would be nice since my PC doesn't have a dvd drive. I resorted to ripping the disk onto a USB using another PC.

Overall Review: Its been running well for the last week of use and not having anything else to complain about other than the scratch to the I/O cover prevents me from giving a 5 star rating.

Overall Review: After the first one the second was a dream. I have had every Crosshair board since the Crosshair II ad this one is by far the best.