OUT OF STOCK
Sold by: Newegg
Shipped by Newegg
This item is currently out of stock and it may or may not be restocked.
Out of Stock
Add To Wish ListFound on 70 wish lists 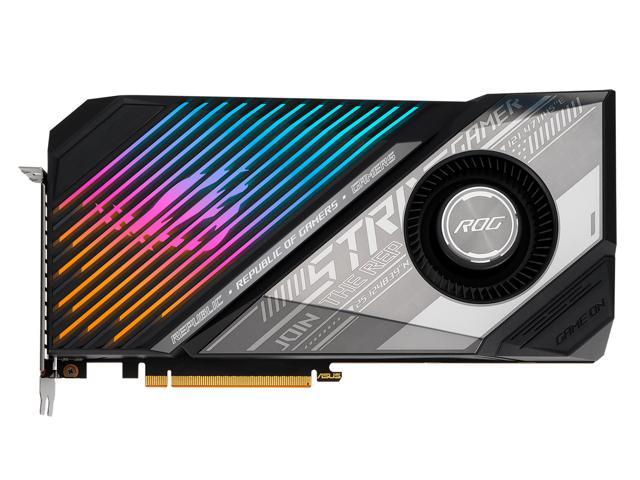 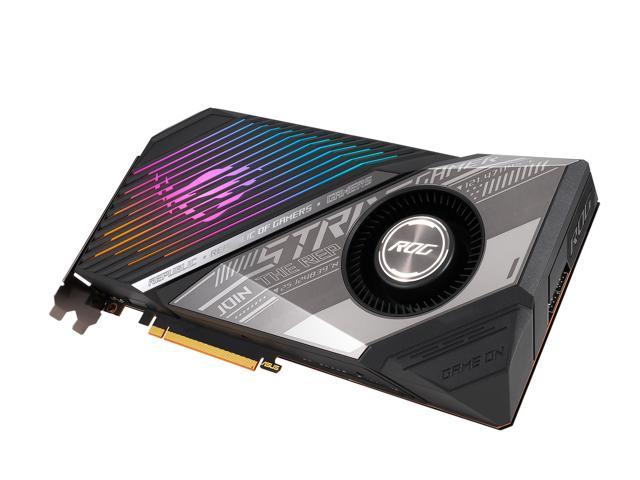 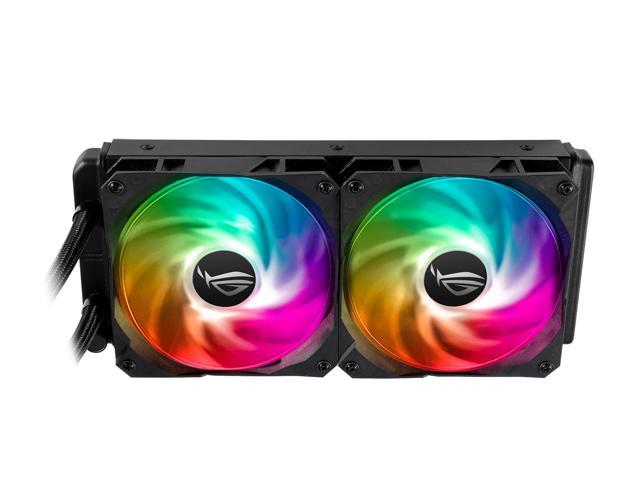 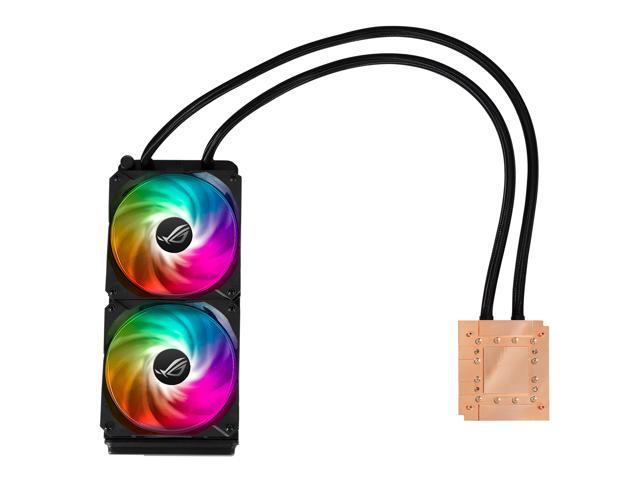 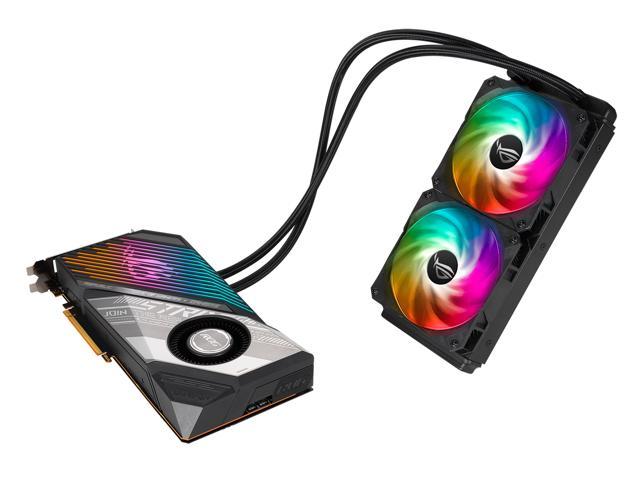 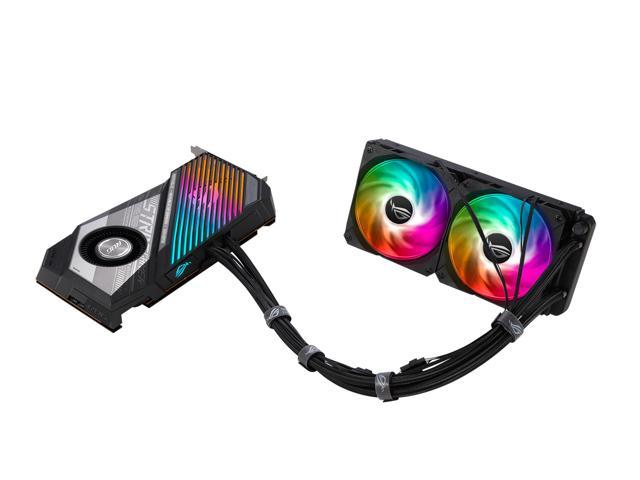 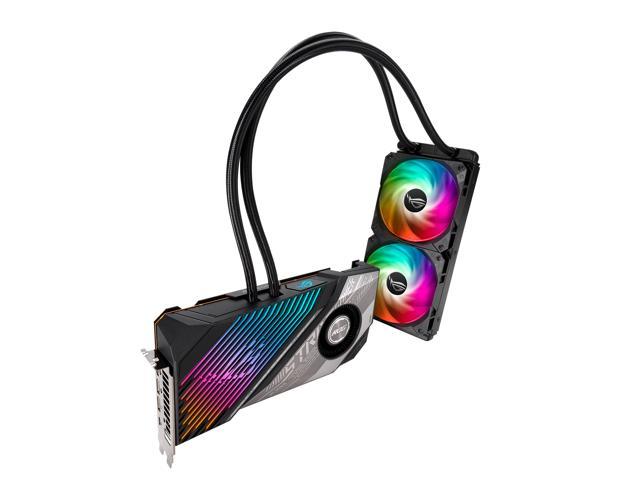 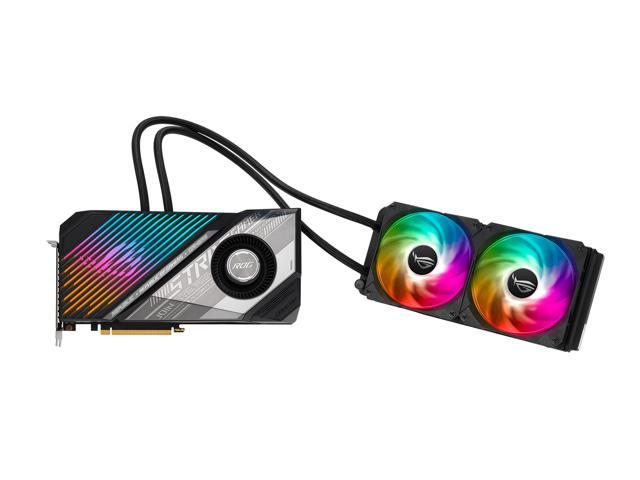 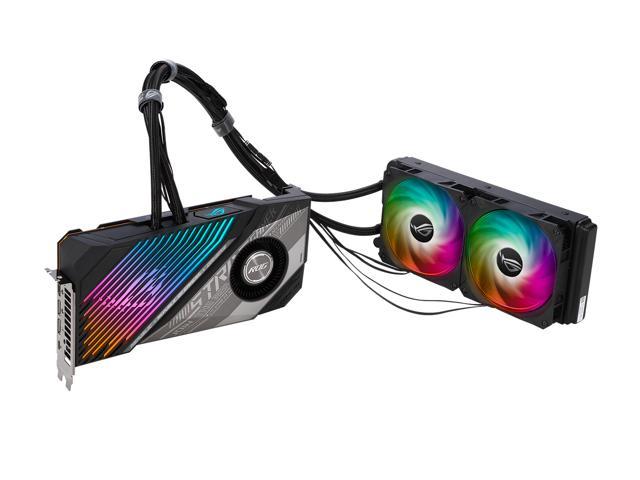 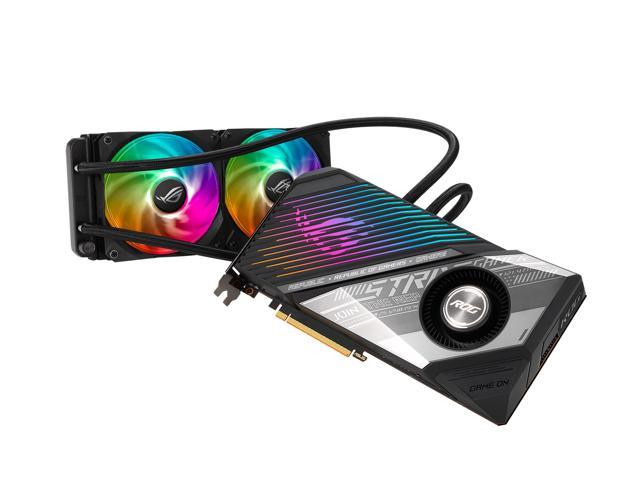 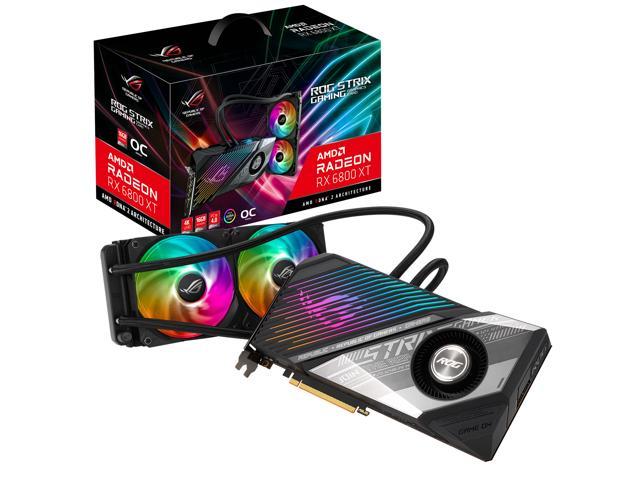 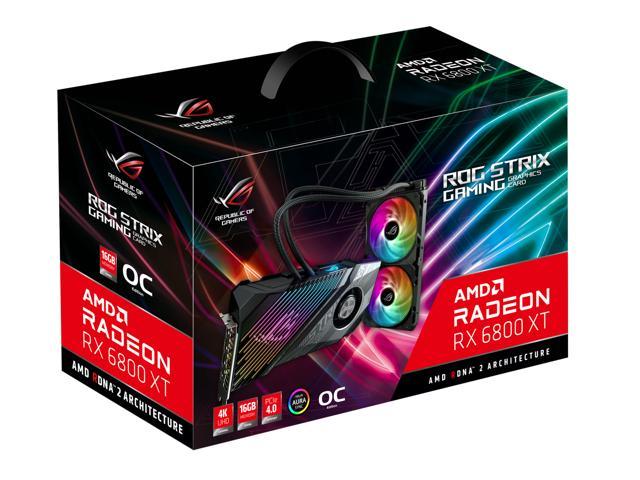 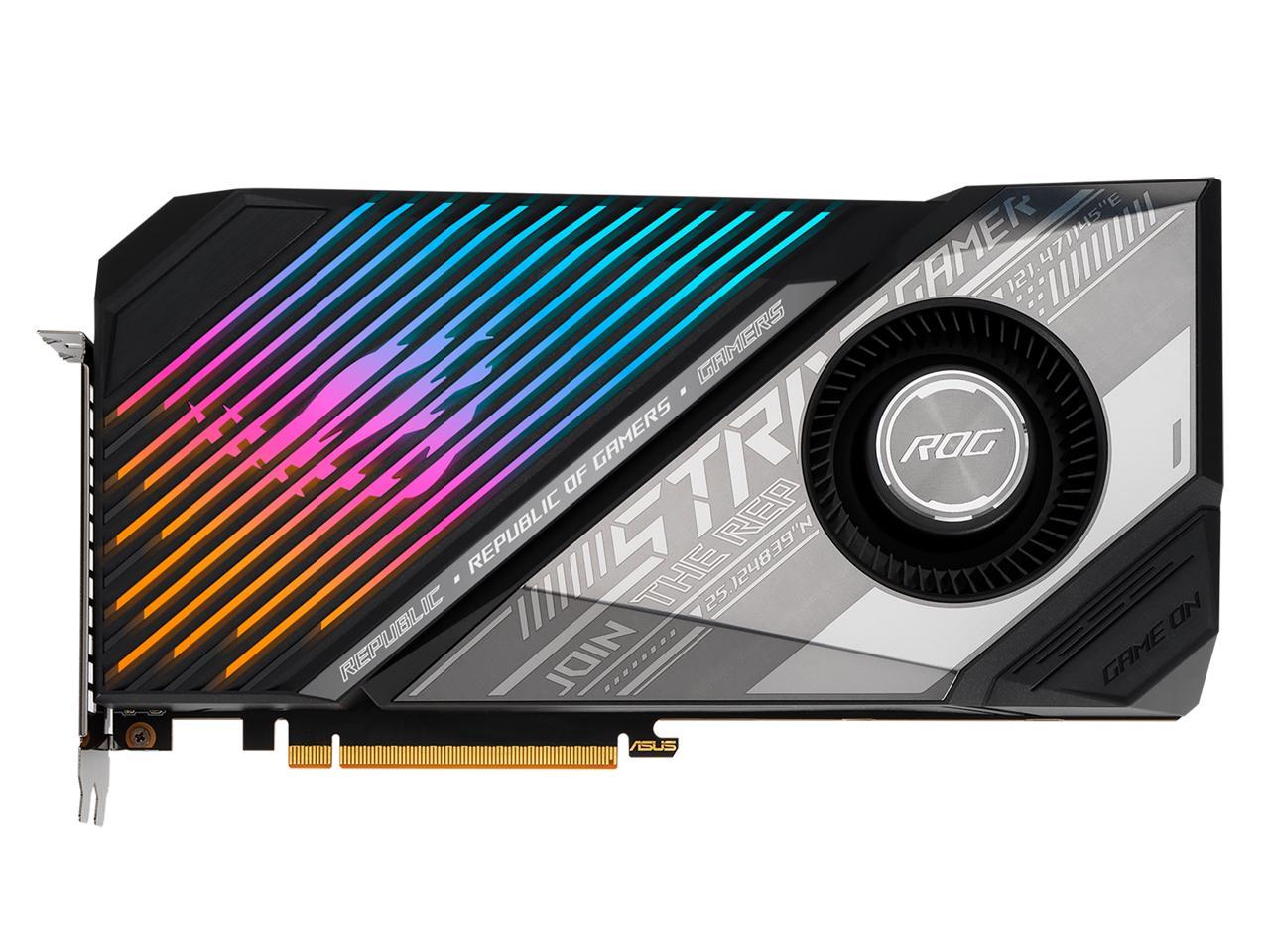 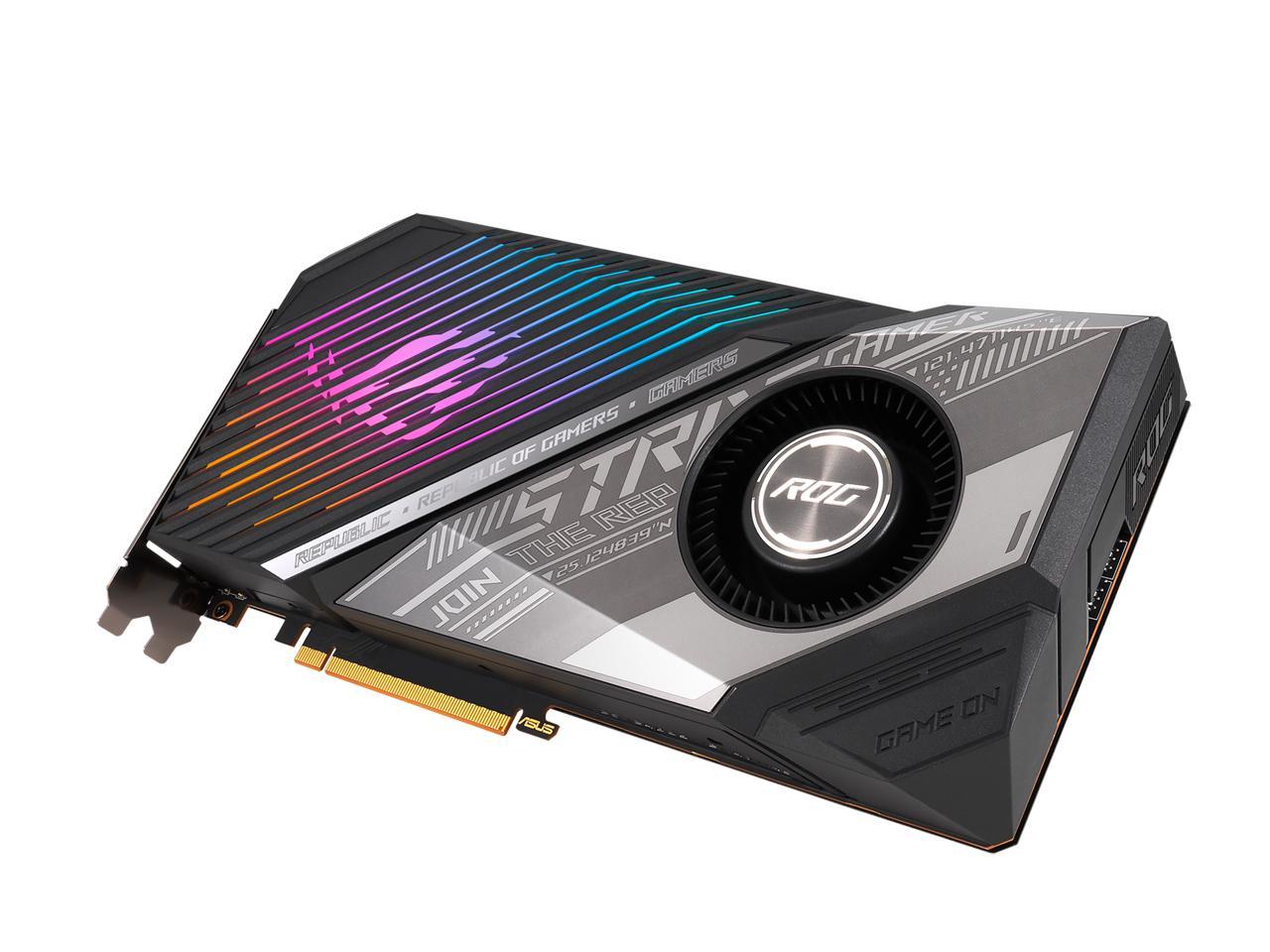 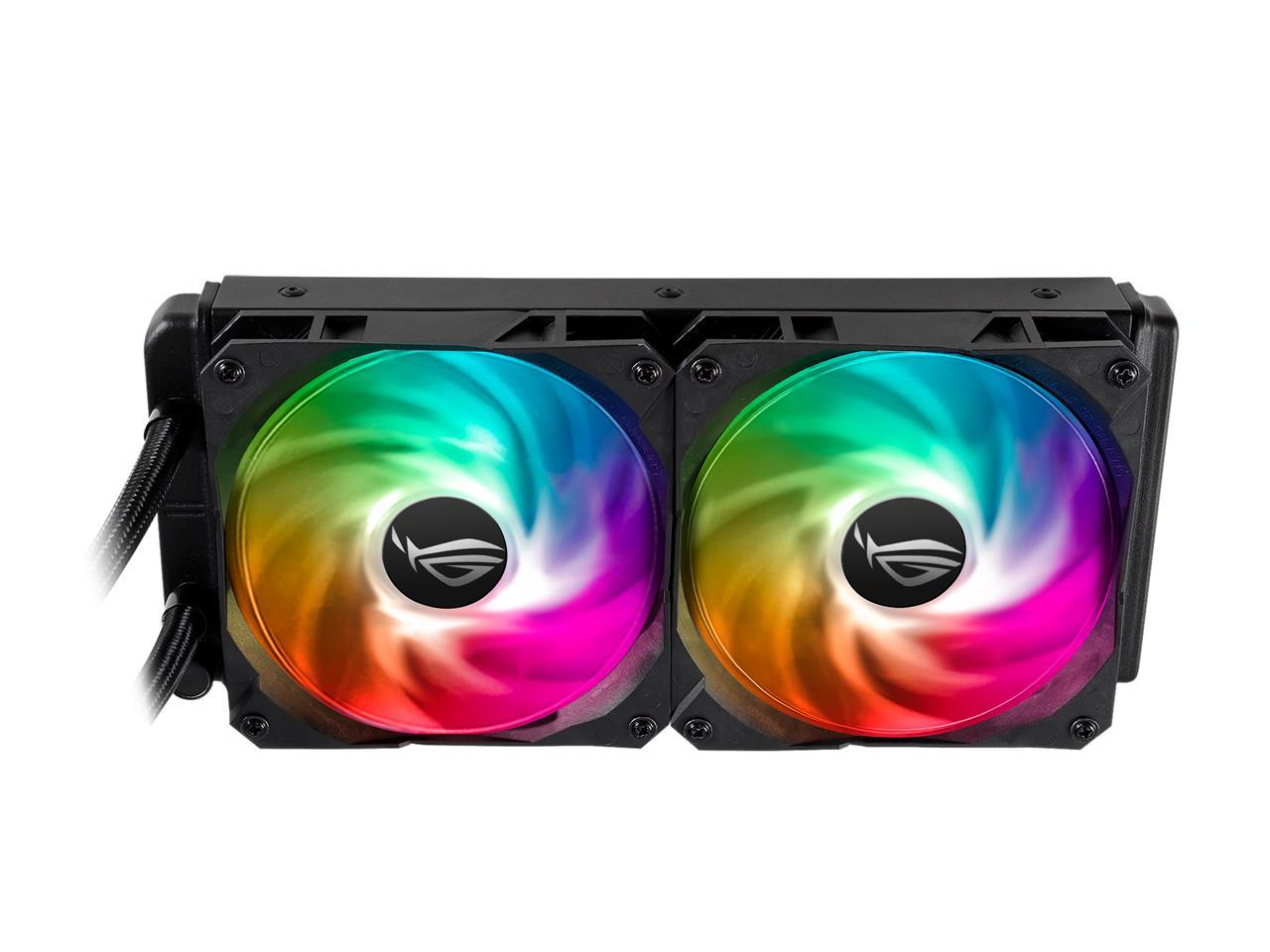 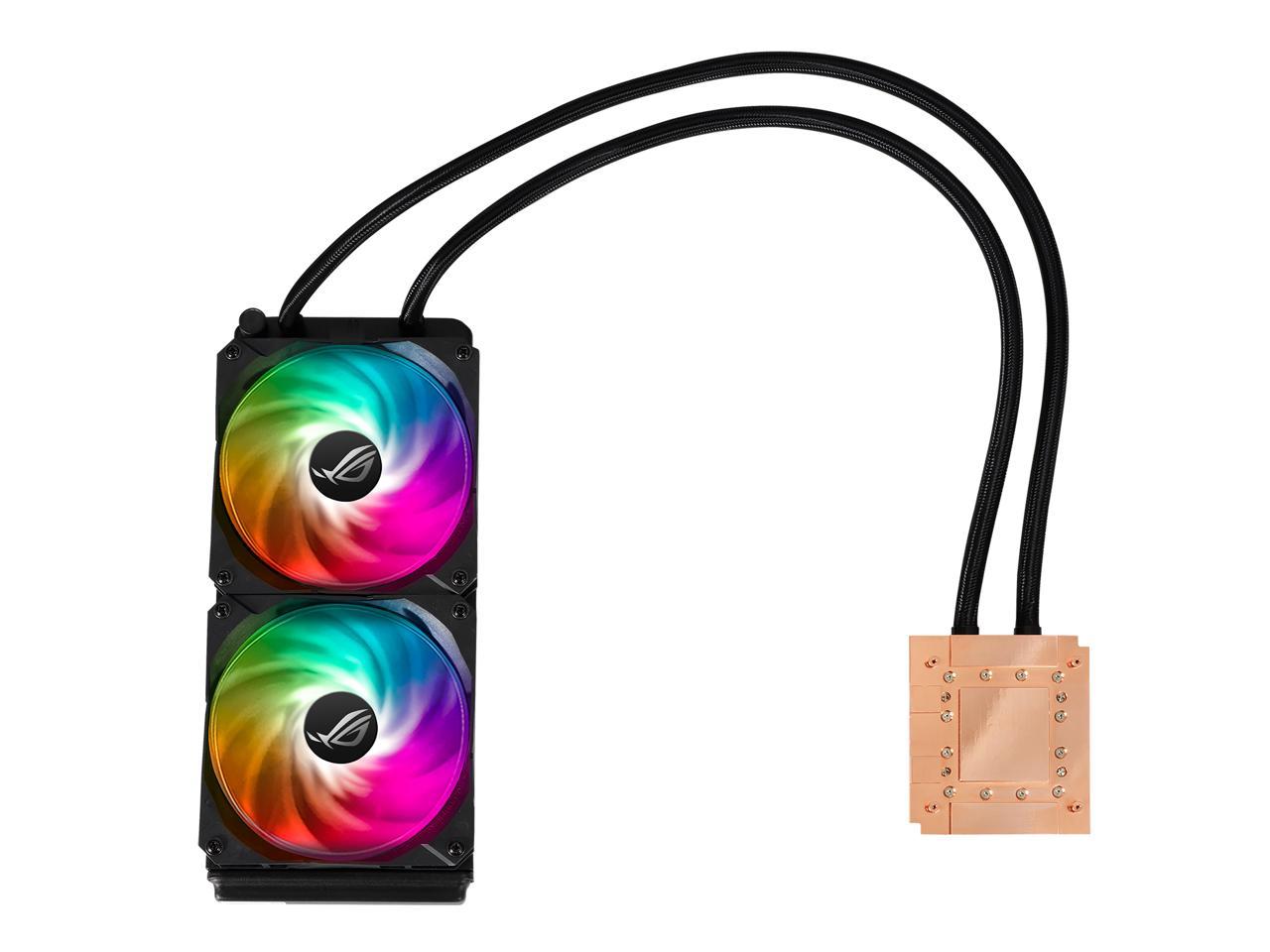 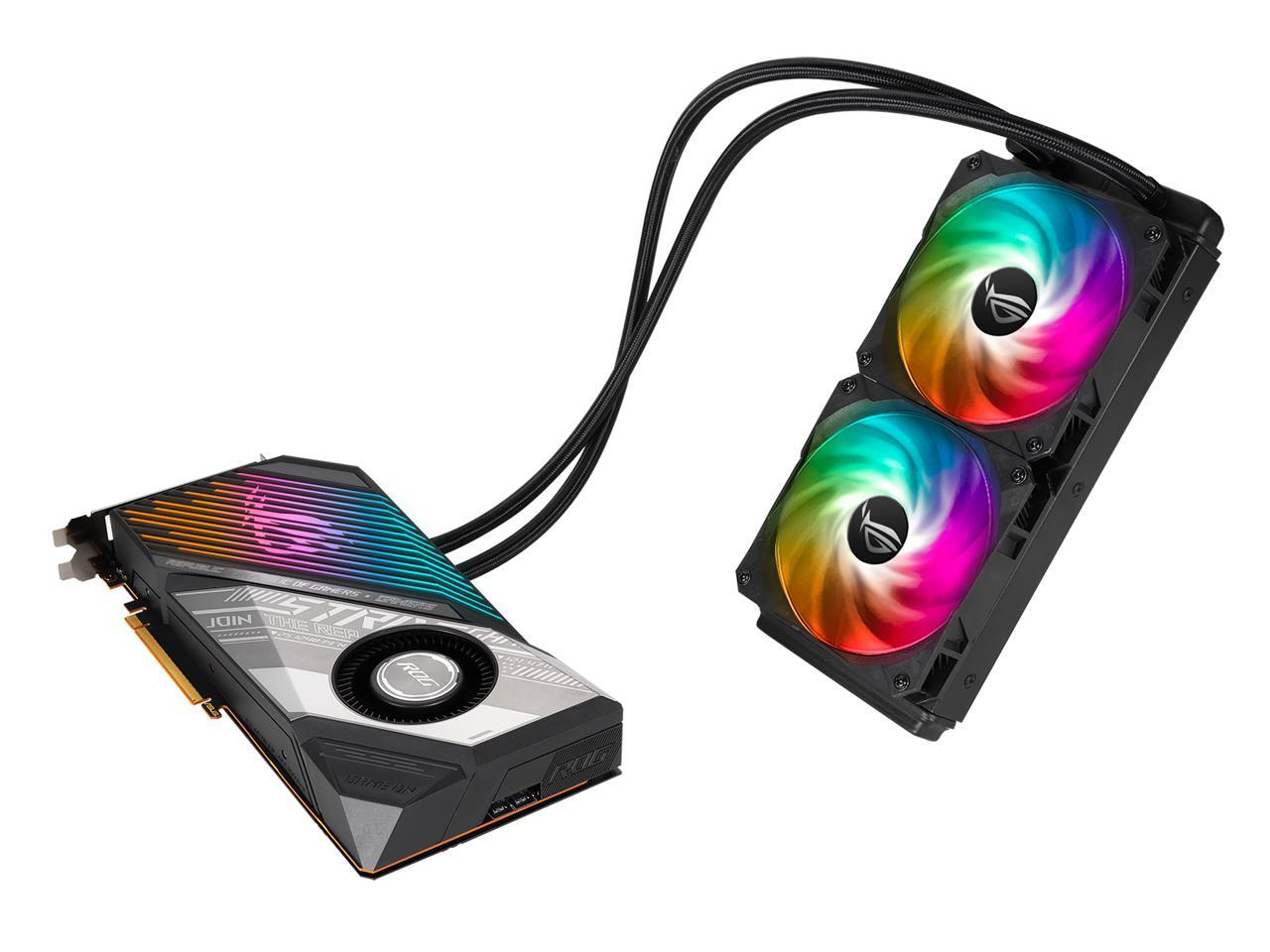 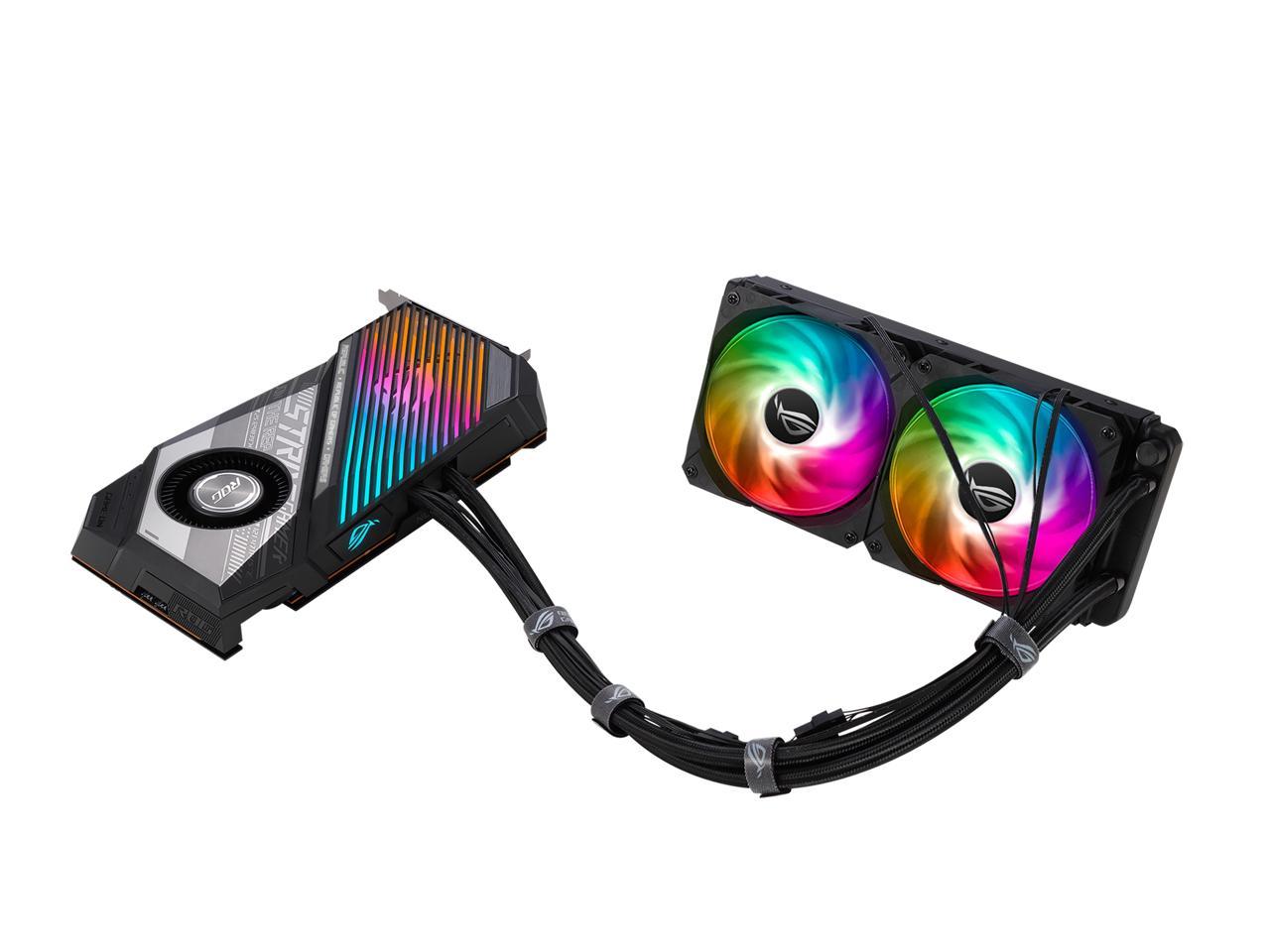 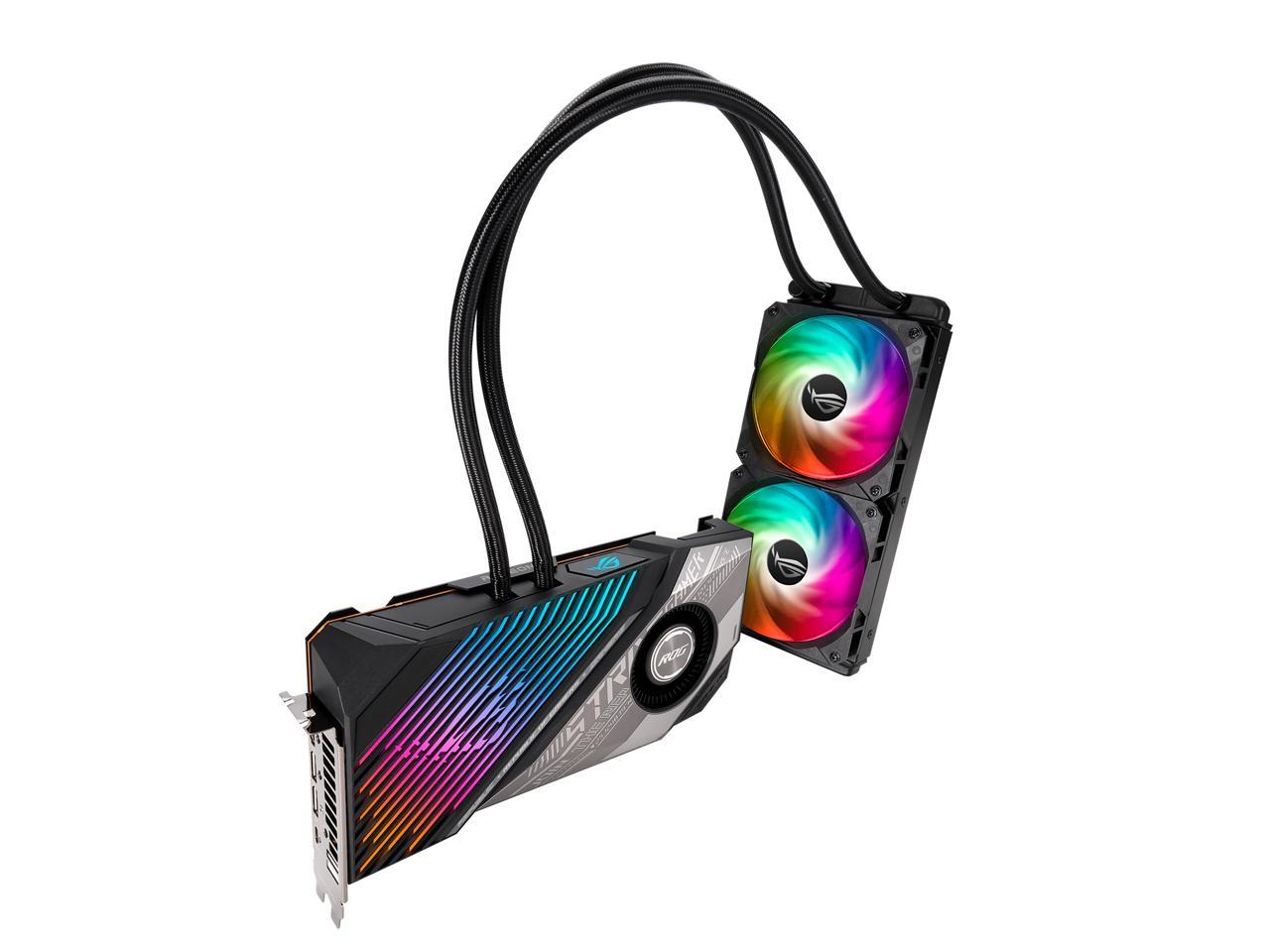 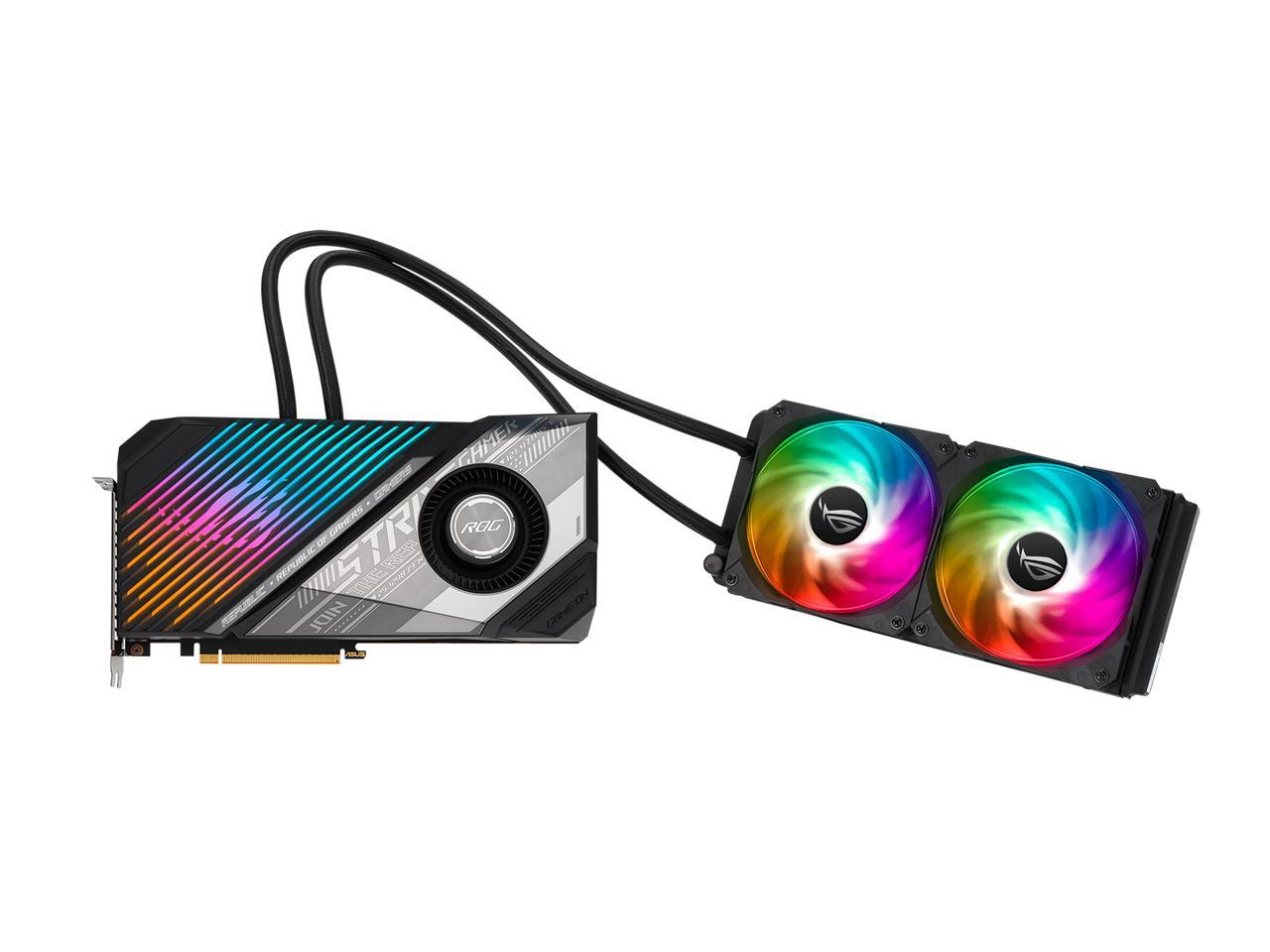 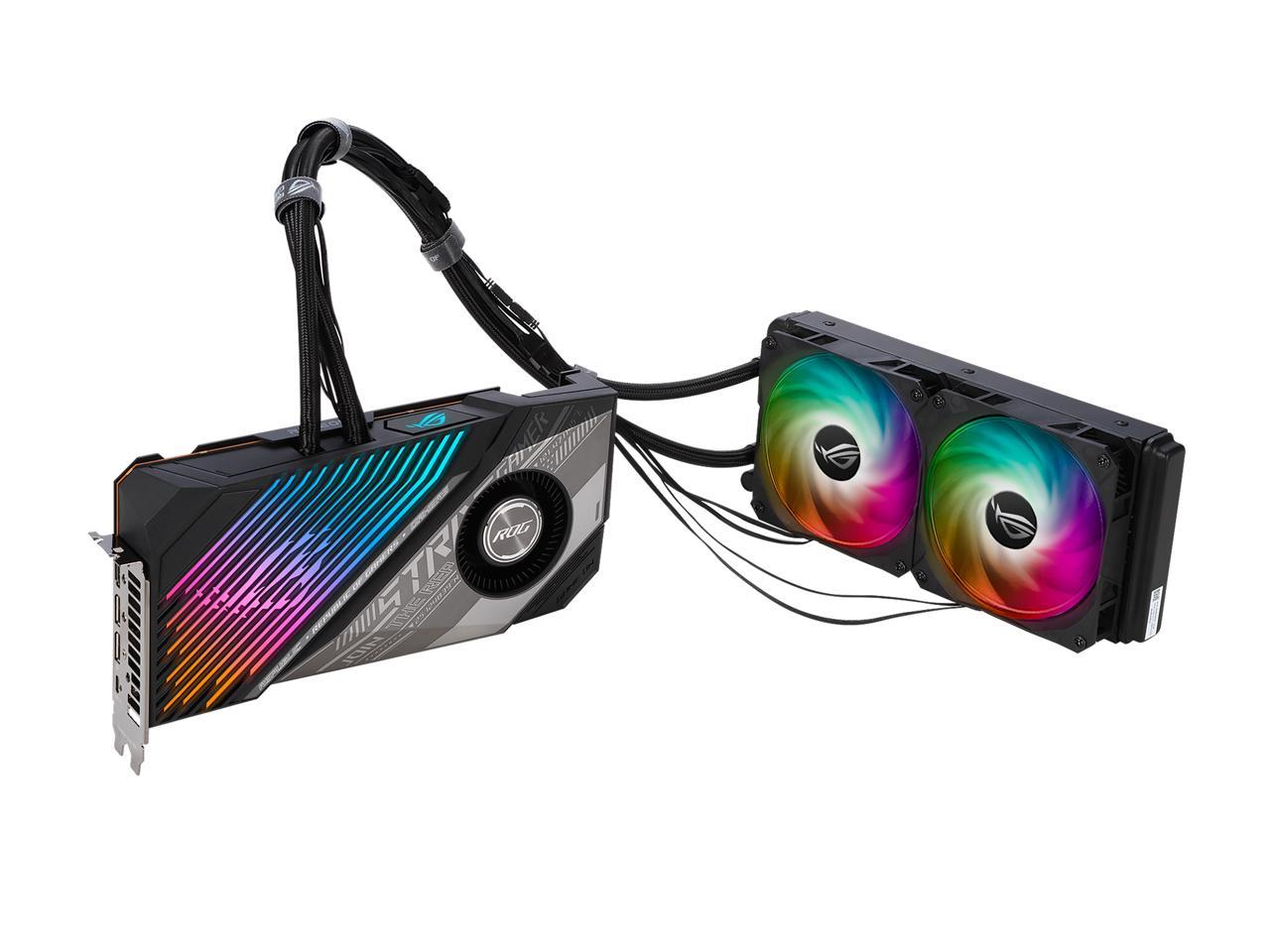 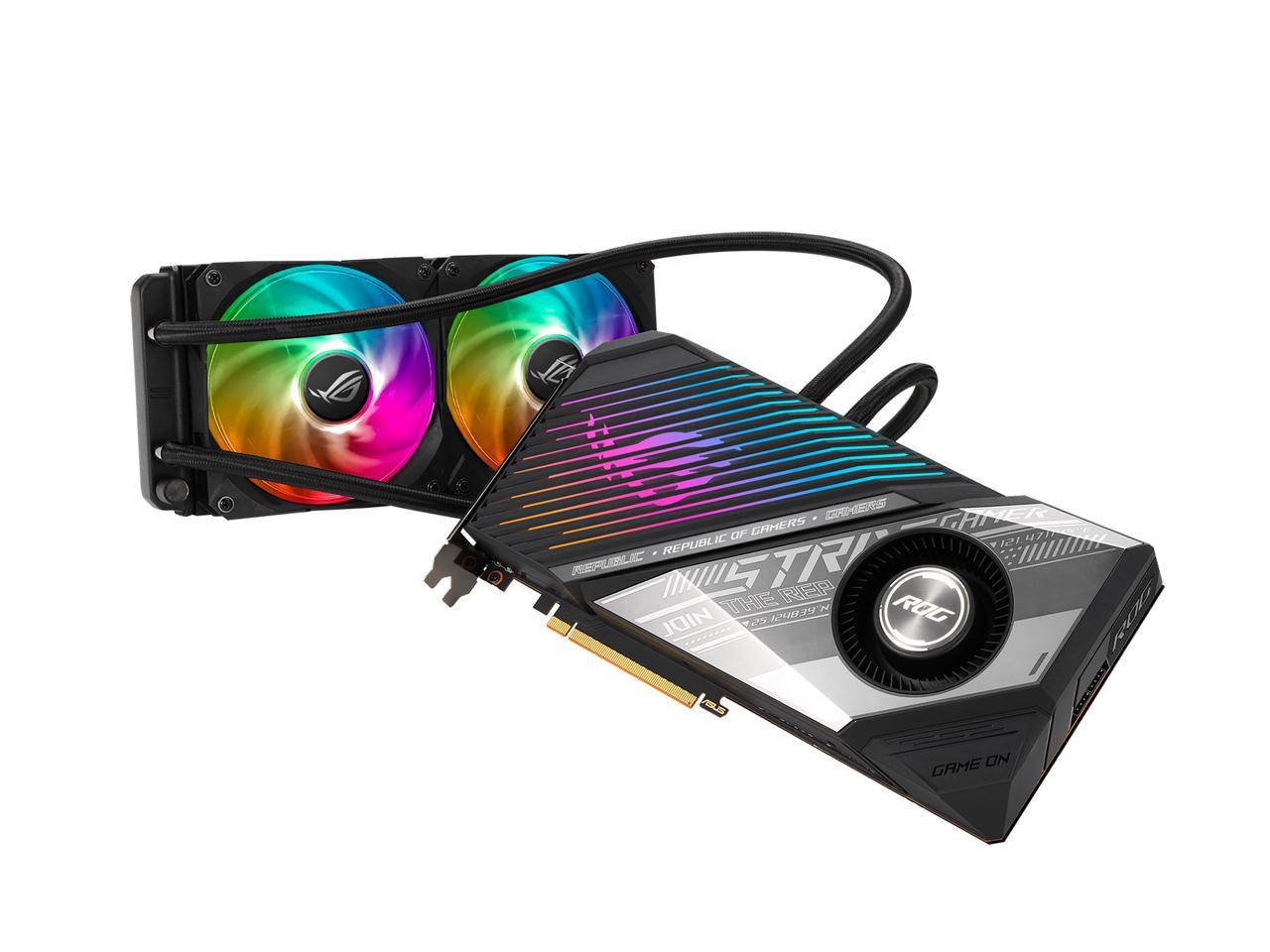 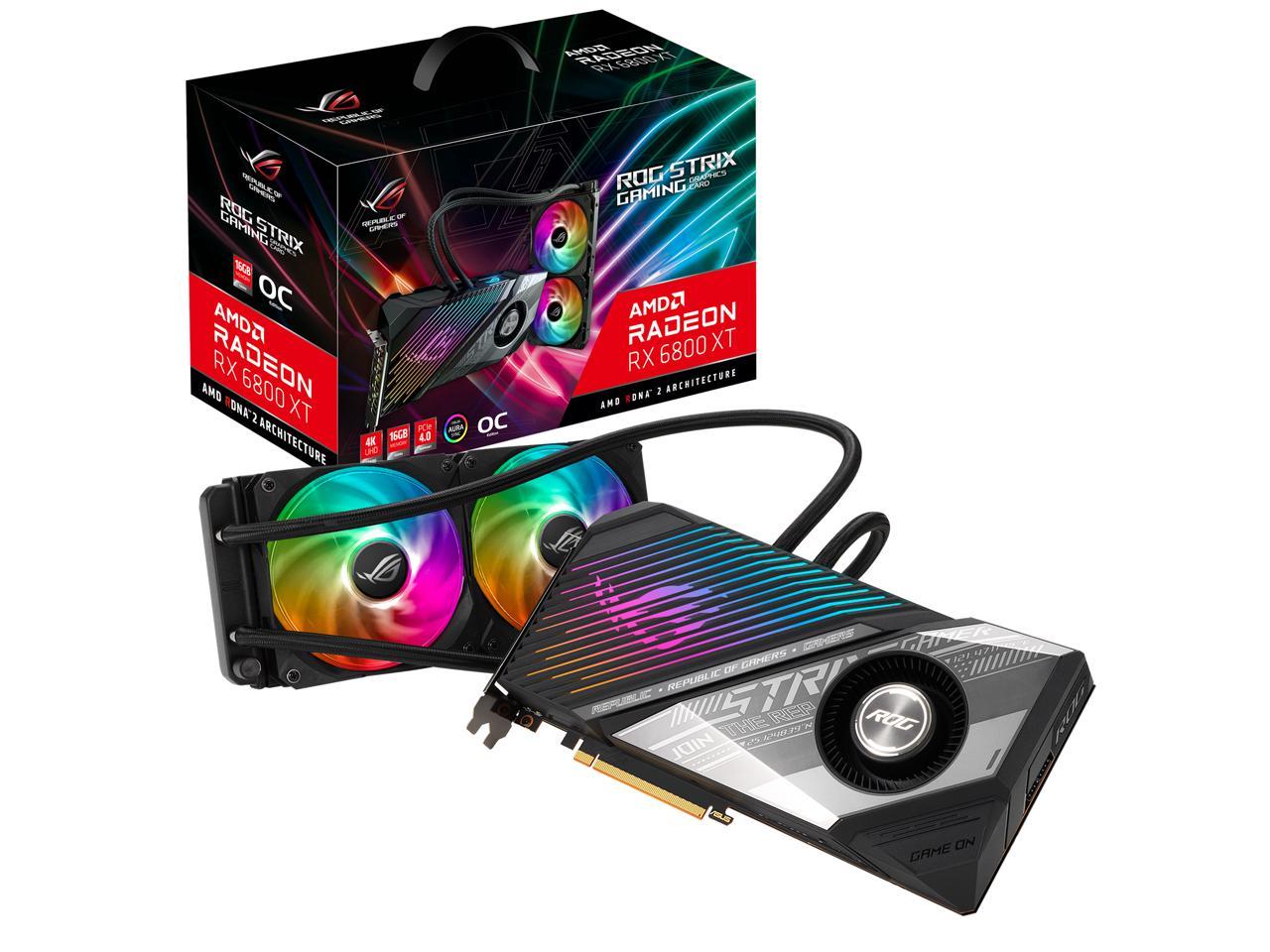 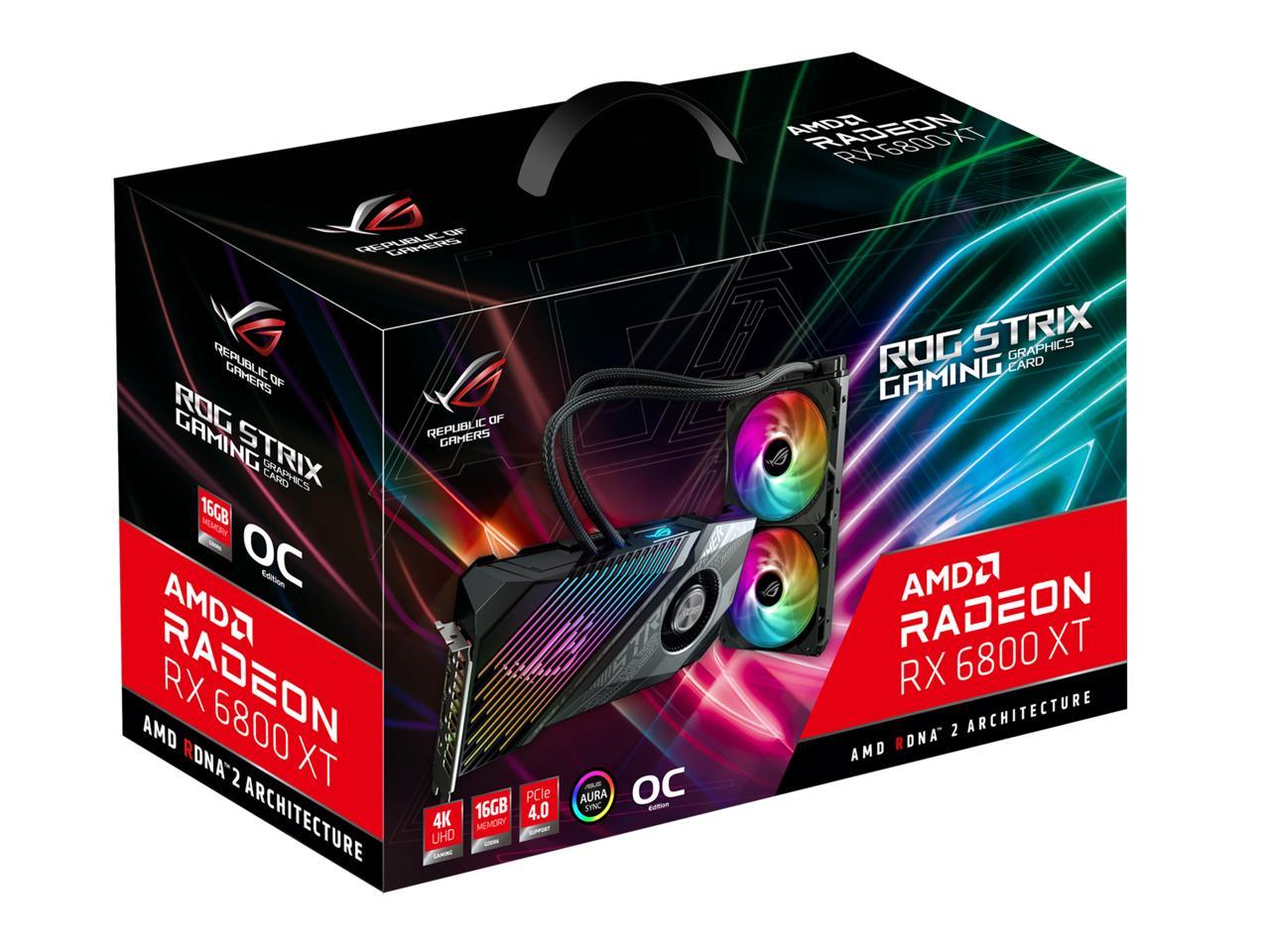 (6) Write a Review
See more "rx 6900 xt"
OUT OF STOCK.
Fees for brokerage and duty included in price.
Specs
Reviews

Learn more about the ASUS ROG-STRIX-LC-RX6800XT-O16G-GAMING

Cons: Takes up a LOT of real estate. - very tricky to install if you have an air cooler on your cpu, especially in a compact case. Radiator is noisy under load Fan wires should have been concealed this far after initial release. Could be an early driver issue, but when alt-tabbing from a game running in the background to watching steaming stuff on youtube, the video flickers. Never seen that before with any card. everything else on screen looks fine, just the streaming video. Also in-game smoke effects look kind of buggy, only tested on ACV so far vs 3080.

Overall Review: This thing is flat out awesome. It's typical Asus Strix quality, it performs like a beast, and it has great RGB implementation. My system: Fractal Design Define 7 Compact 5800x Noctua NHU12A MSI X570 Unify 32gb hyperx fury 3600 c17 m.2 galore stock case fans plus 2 noctua fans matching the U12A. Alienware AW3420DW 3440x1440p gsync/freesync monitor <--- performance HOG! It was tricky getting this card into my rig. I had to remove the top mounting panel (thanks Fractal for making it removable!!) to attach the radiator without having to remove the whole cpu cooler to make it fit. It still gets air, but it's about 5mm above the Noctua. Luckily this design has capped fins so most of the CPU heat goes straight out the back without getting sucked into the GPU radiator. Aside from that, I just removed the fan wires from the pre-cluster-effed ugly bundle that it ships with, and ran them below and out the back from the GPU, and behind and out the back from the radiator so they're almost invisible now. Performance - right away it performed about the same as the Strix 3080 in my testing, on stock settings. Radiator is a little noisy, will have to tinker with the fan curves. Then I updated my mobo bios to the latest enabling SAM... Right away, without adjusting anything, I went from ~72 fps on ultra in ACV, to 79. Stock settings, instant 10% boost. Note this is at 3440x1440p with everything at max settings. Looking forward to overclocking it as every pro review on youtube shows just how amazing this thing can perform. If I can get dang near 3090 performance using less power at 30% less cost, it's a winner. If I can figure out how to make it run at a reasonable noise level and stay under 55 degrees, it'll be a keeper for sure.

Pros: Awesome RGB on the card and fan OC up to 2.7 Ghz Temperature as low as 50 degree c under load.

Overall Review: worth every penny, if you just want the best model of the 6800xt, this is a no-brainer, if you want to save a little money, go for the base model if such things exist.

Pros: - The stock speeds out of the box are already better than the reference versions, and I am able to boost up the clocks and voltages to the maximum level without denting temperature or noise levels. - This card runs exceptionally cool and quiet - The 6800XT in general is extremely performant and capable of running AAA games at 4k resolution and high/ultra settings over 60fps - AIO is very well built and easy to use, simply plug and play

Cons: - Despite being very efficient, remains power hungry - Expensive for the average consumer - Good luck getting one at this time

Overall Review: - Highly recommended if your budget permits and performant, cool and quiet operations are what you are after - Very well built