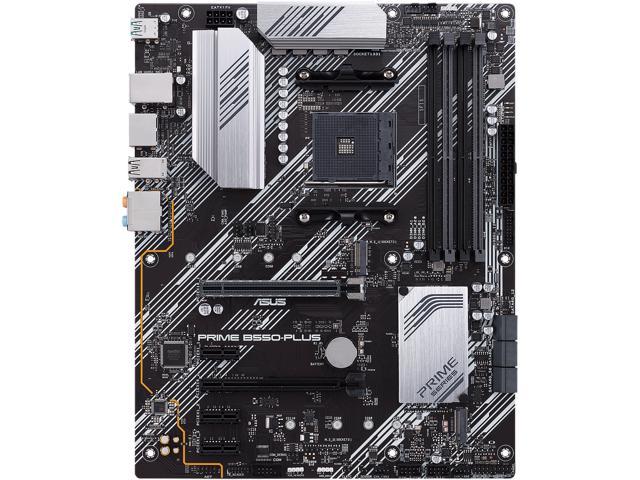 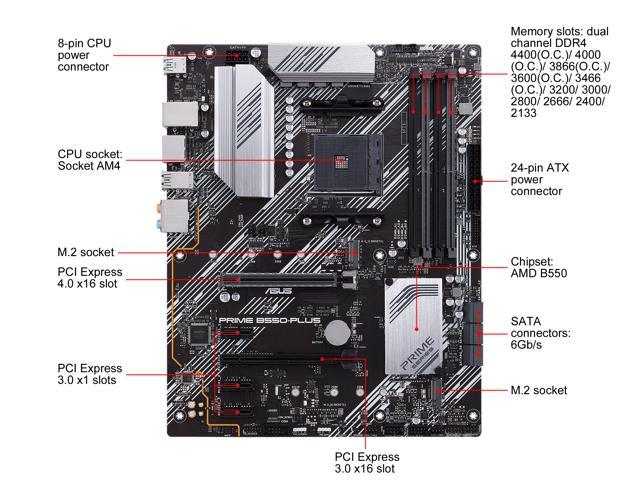 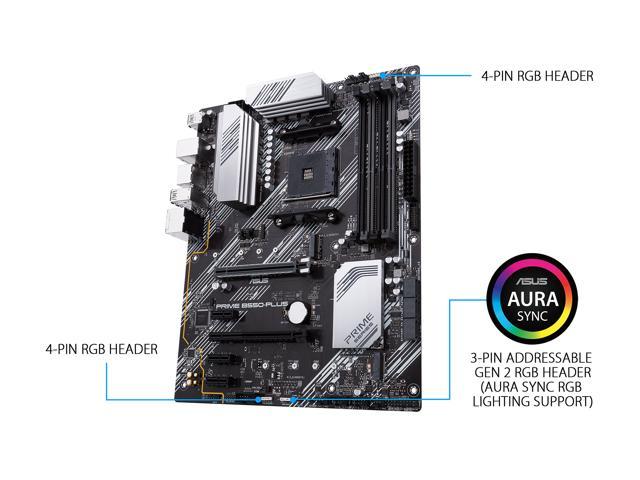 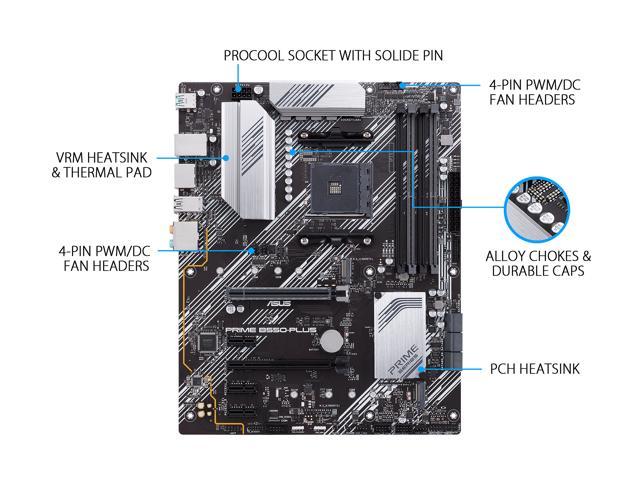 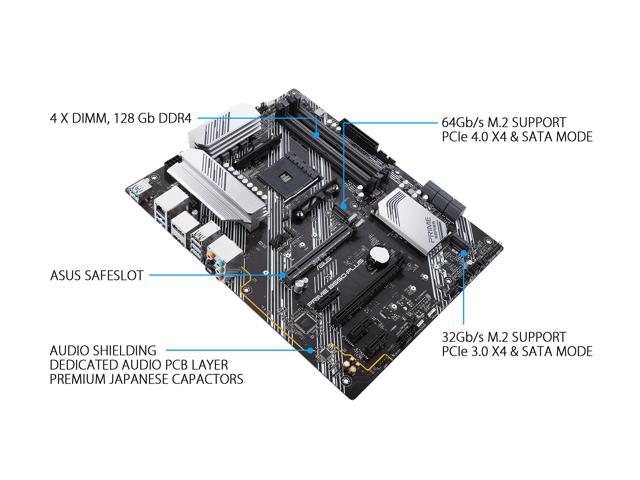 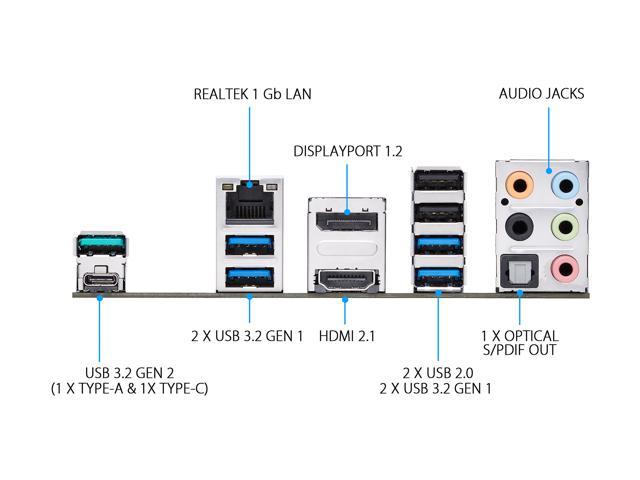 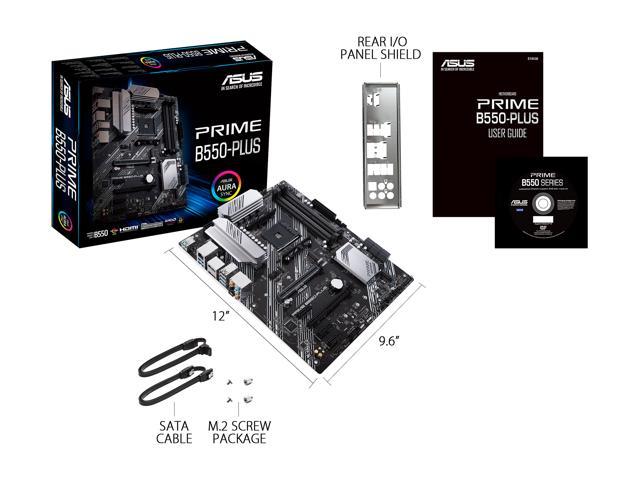 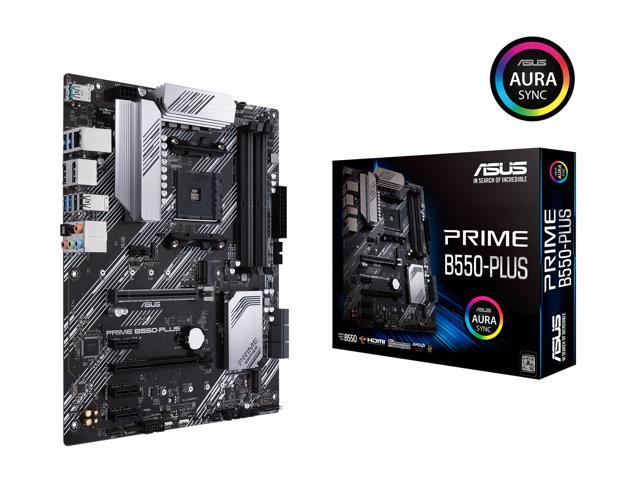 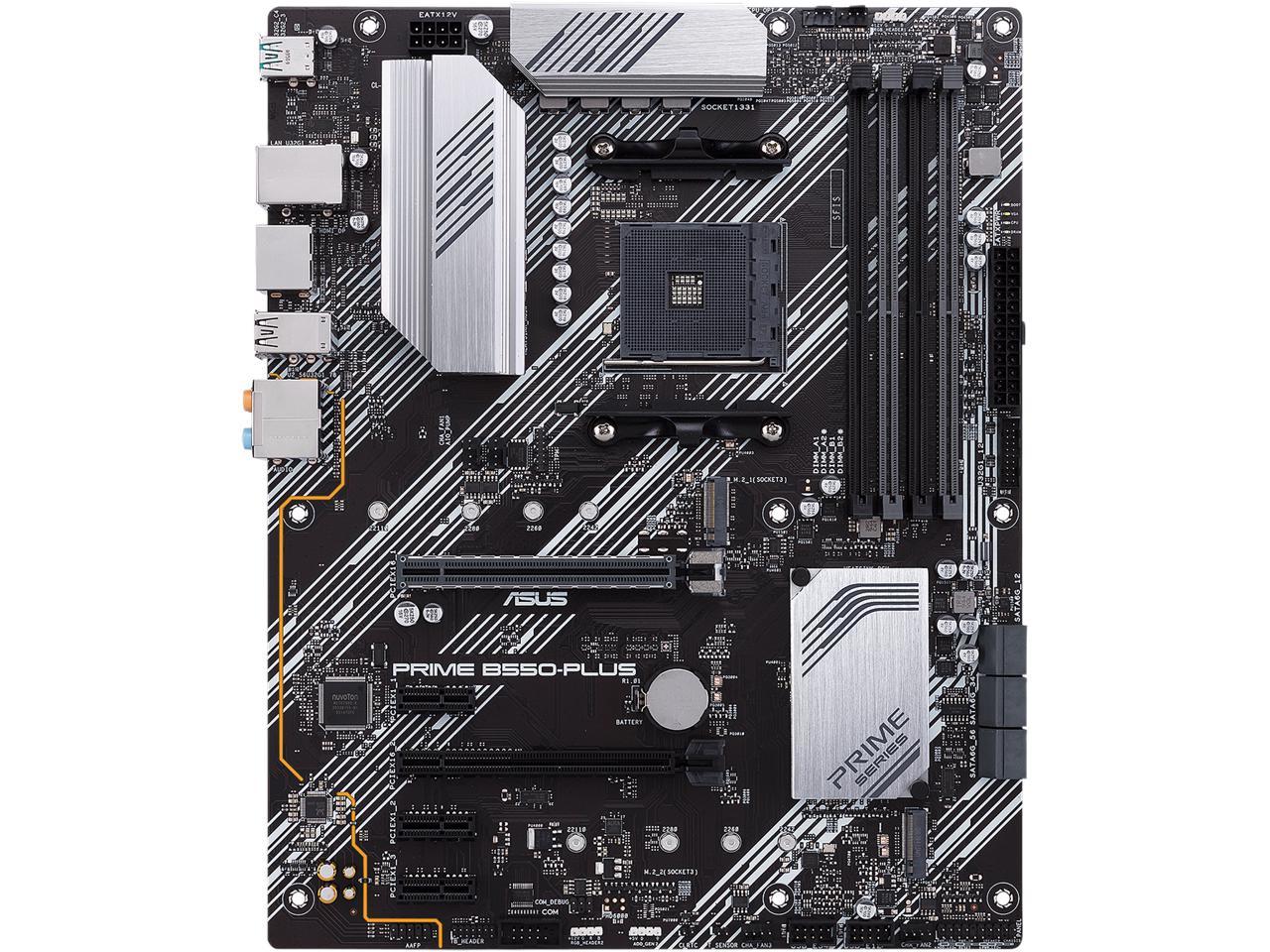 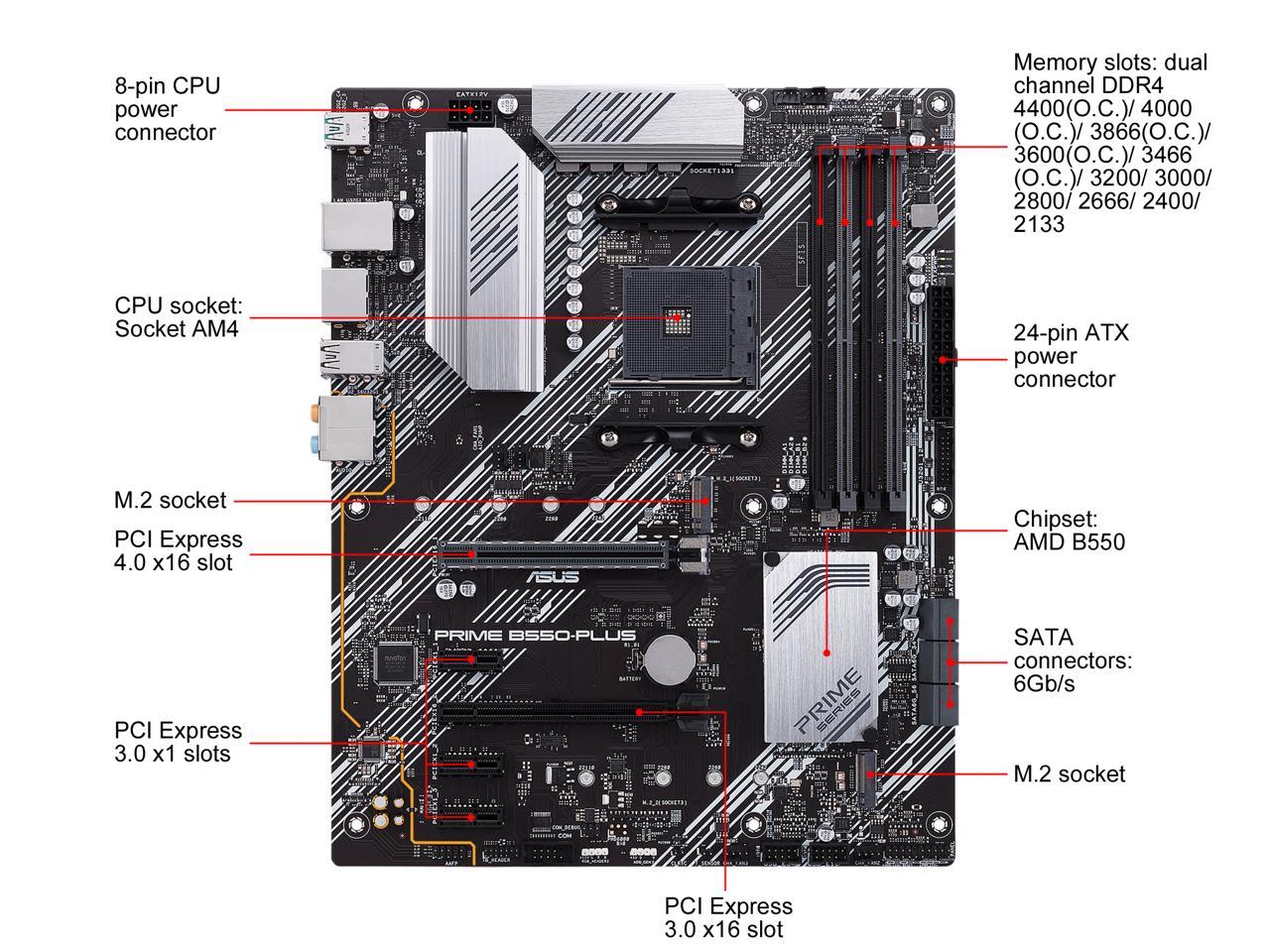 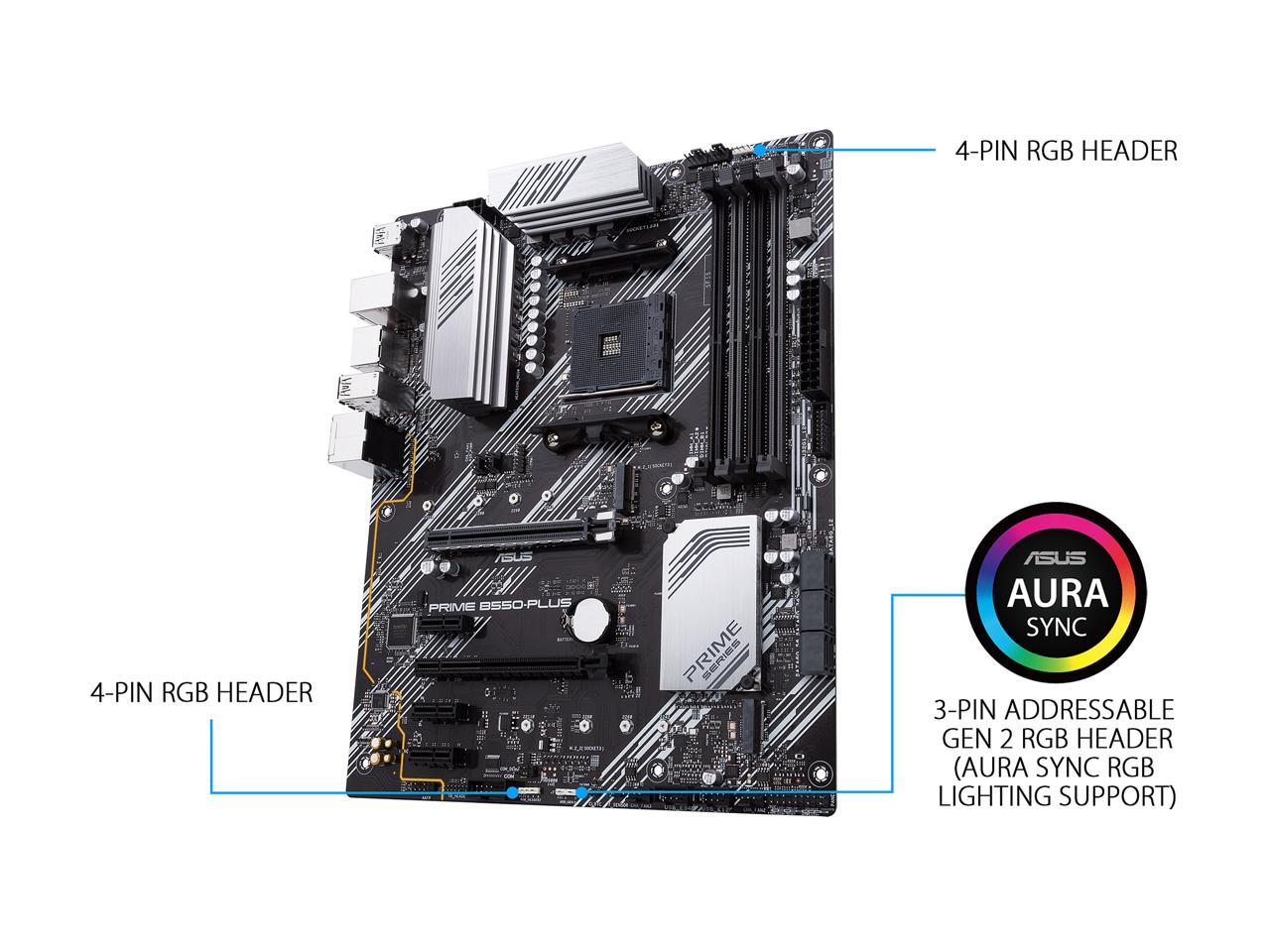 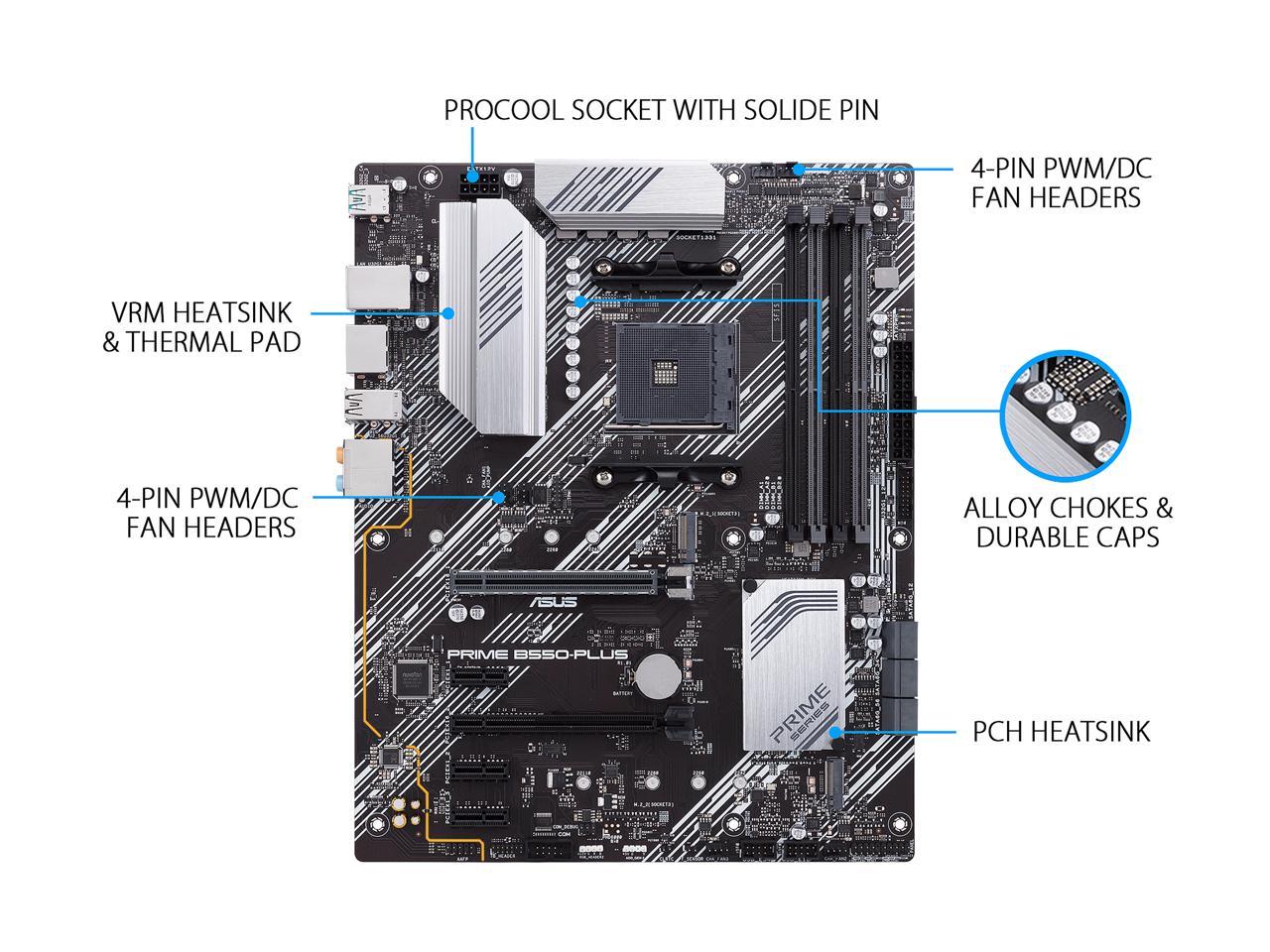 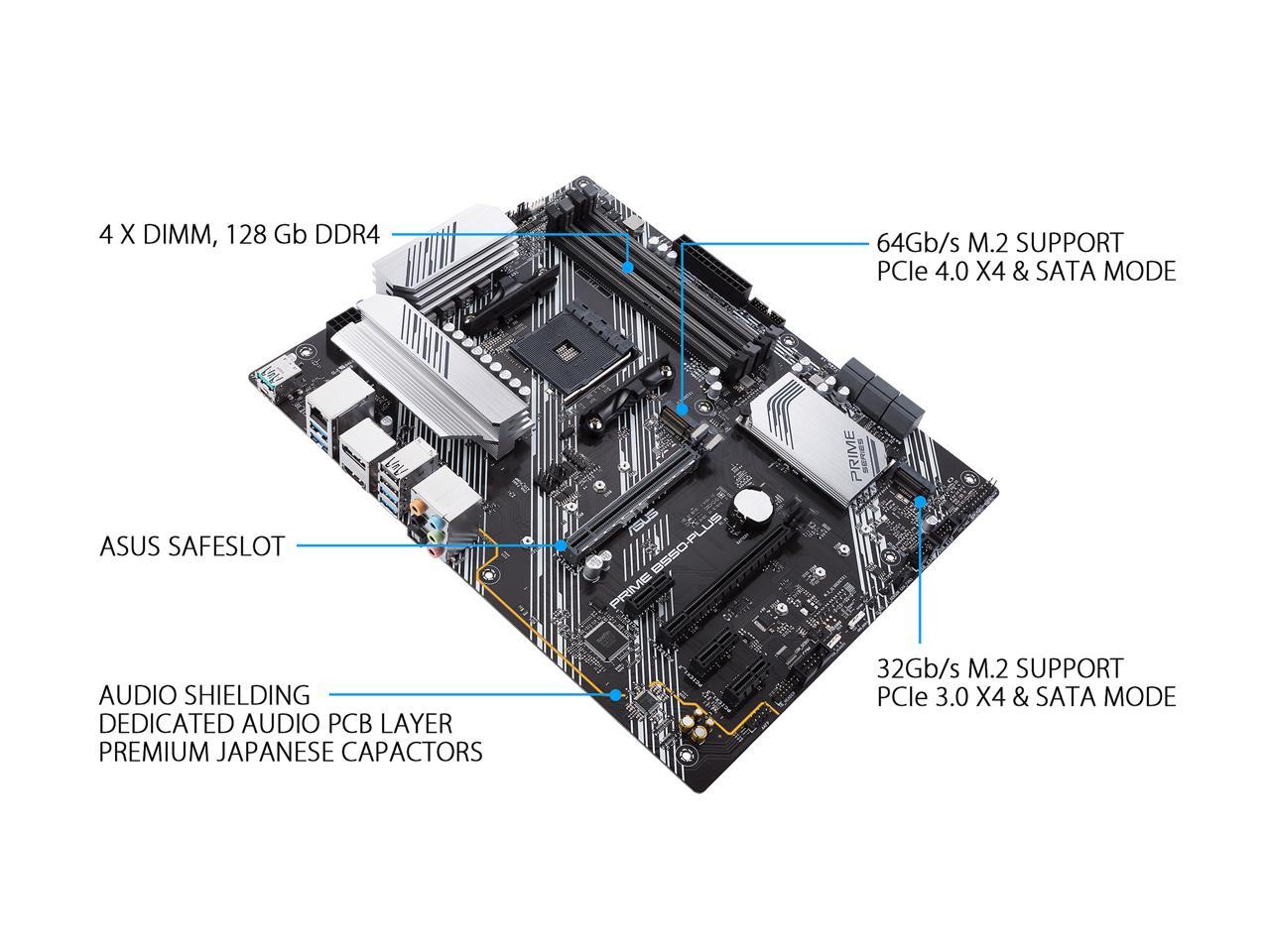 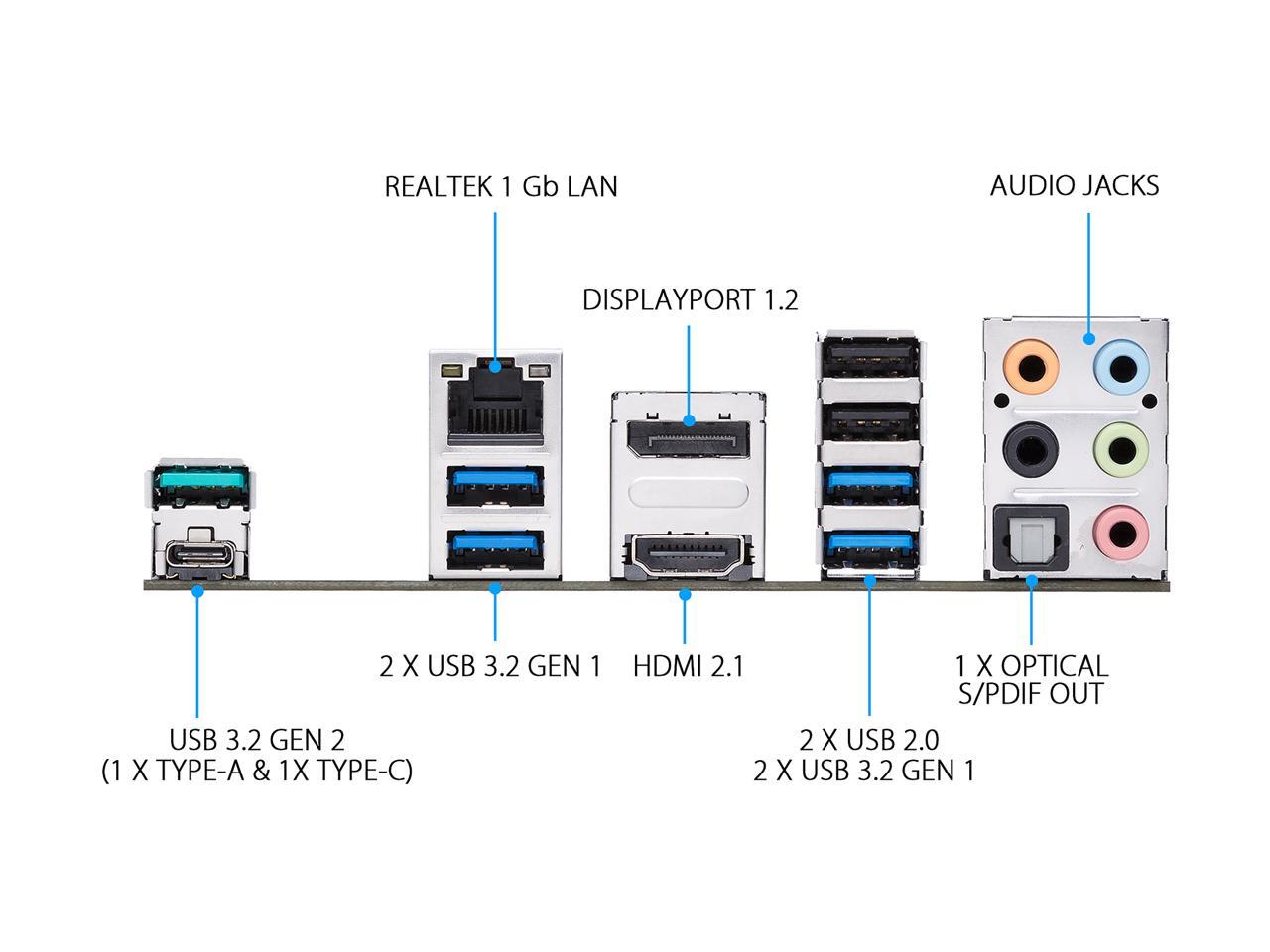 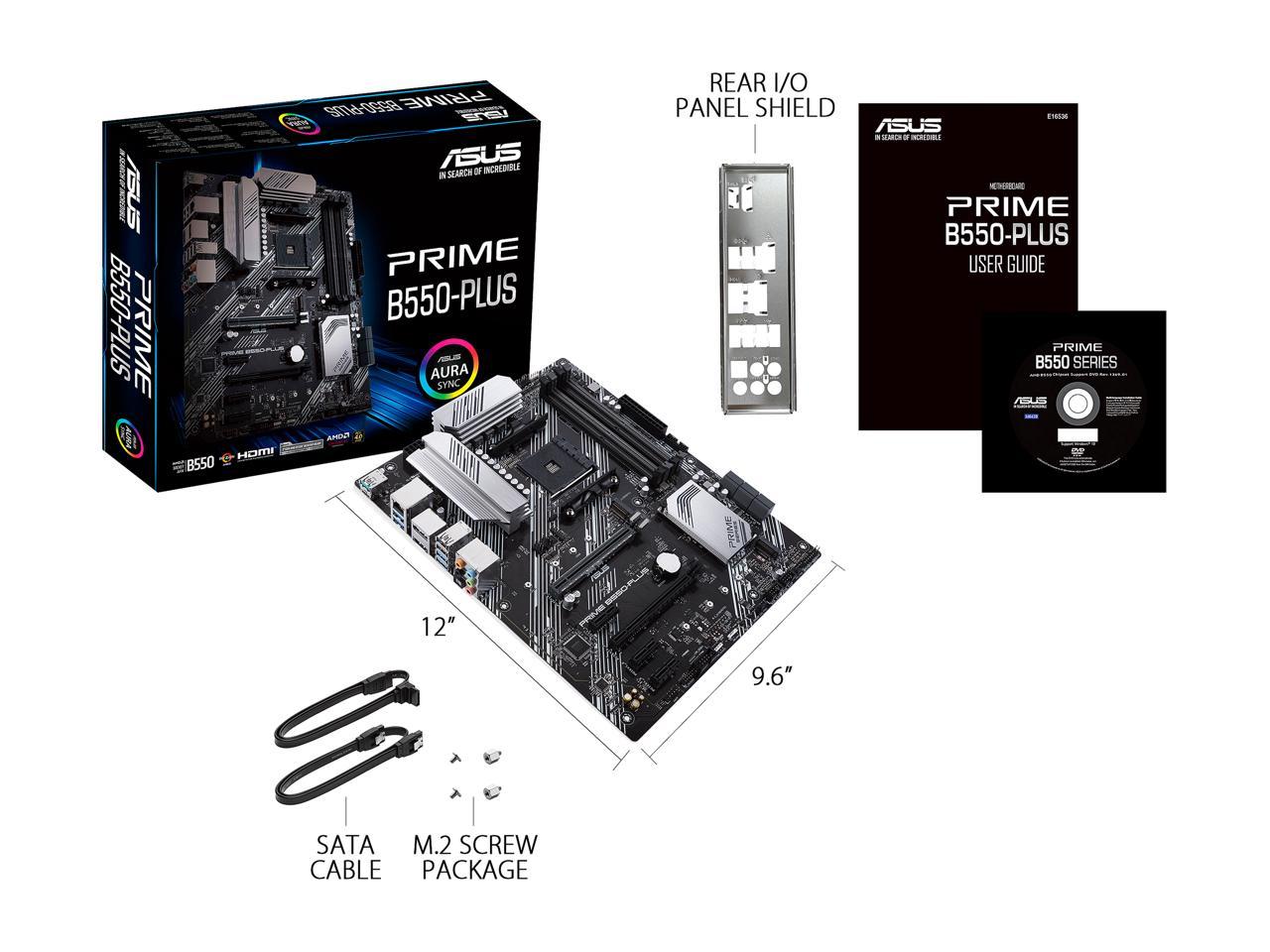 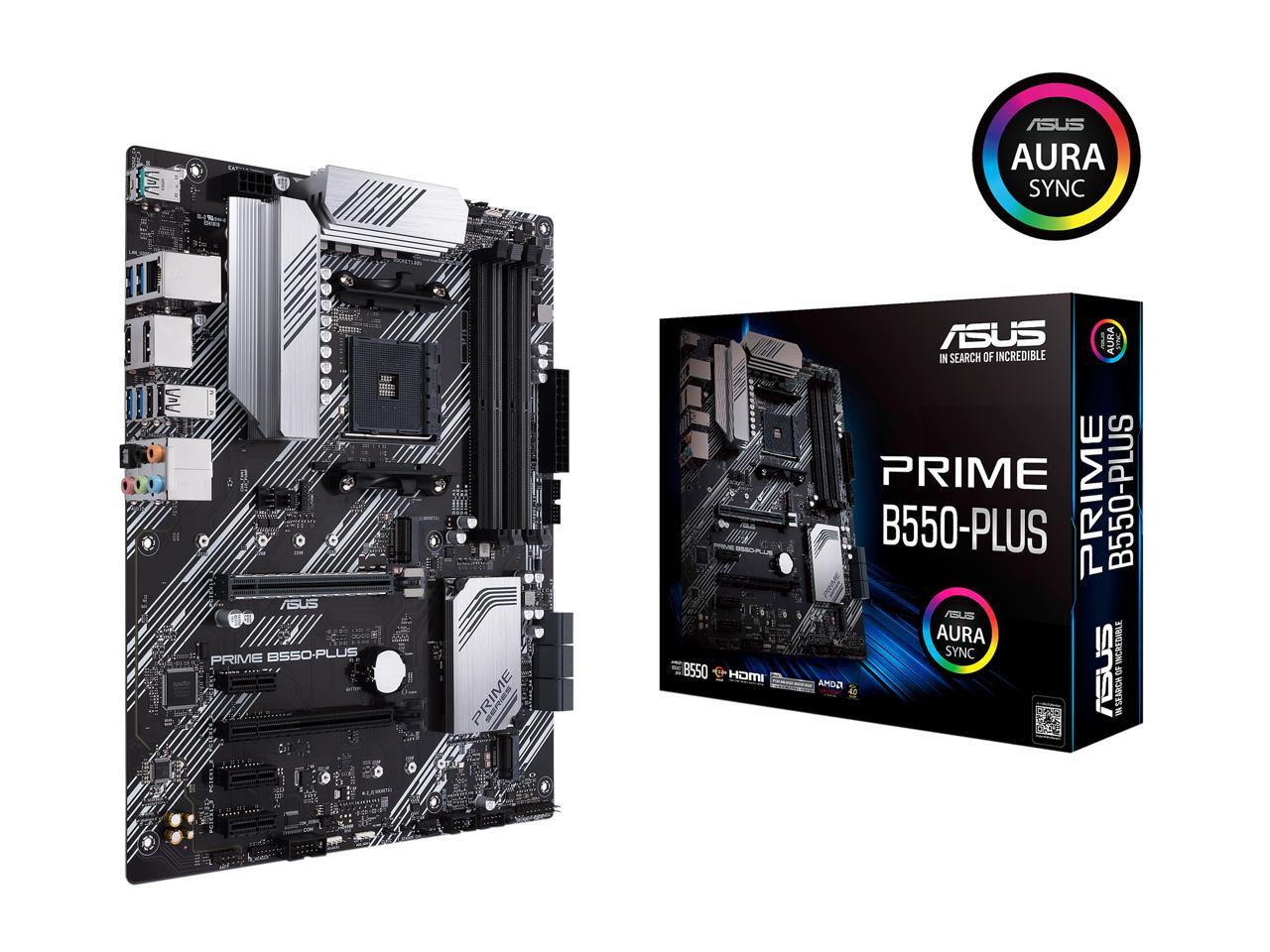 Pros: Seems good in most areas.

Cons: About one time in five, the boot stops with the message: "USB Device Over Current Status Detected!!! System Will Shut Down After 15 Seconds." It has done this since I received it almost two weeks ago. I bought a powered USB hub, but no change. I tried different mice and keyboards, same erratic result. I even tried it with NO USB connections at all to the motherboard, and received the same message (with the expected one about the keyboard being missing). The power supply is a premium new one, and I checked the voltages with a tester before attaching. I kept the default settings in the BIOS, so no limits were tested. It is clearly a defective motherboard. I am still exploring how this can be best remedied.

Overall Review: This motherboard basic design may be a generally competent, since there are some favorable reviews. But the one I received is not useable. Barring some resolution, I can only make the worst possible evaluation. Newegg has it marked "not elegible for return" on their copy of my order, so maybe that applies to all defective motherboards they sell. Next, I'll try Asus to see if they replace motherboards arriving defective. 9/29/20 update: Newegg changed from "not elegible for return" to a link to return it immediately after I posted the above. I returned it for a replacement, and Newegg was fast in replacing it. The second one was very slightly better in that the shutdown message did not appear. Giving up on both Asus and the B550 chipset, I ordered an MSI B450 motherboard. This was hugely more solid. However, it still froze the mouse repeatedly. After days of trying things, I removed half the memory (from 128GB to 64GB). The problem disappeared completely. Even though the cards can accept and successfully test 128GB, apparently there is some shared resource (power bus?) with the USB ports. Not exactly a robust design, but I can live with 64GB even though I bought 128GB, because it's absolutely necessary. Since the Asus B550 card might also work with half the memory, although not as stably as the MSI B450, I raised its rating from one egg to two. At least the B450 card has Win7 drivers, which are not available for the B550 chipset. Using dual-boot to Win7 and Win10, I'm finding that Win7 always wins. It is impossible to remove much of the spyware in Win10, such as trying to get to Microsoft Store as the unannounced response to almost any problem. The user interface, efficient use of desktop screen space, and general control of the computer is much easier on Win7. nVidia drivers for Win10 have redefined their Control Panel as a link to run on an nVidia server somewhere, with no apparent means to even change screen resulation offline. Win7 drivers have none of these problems. They just work.

2 out of 2 people found this review helpful. Did you?
Manufacturer Response:
Dear Valued Customer, I'm sorry to hear that you had persistent performance issues with this board. All ASUS products undergo intensive quality control, testing and inspections. What you've experienced was not intentional or representative of our brand. I understand that you have replaced the board for an alternate, but I will forward your feedback to the Product team for review. If you have any general or technical questions, please email me at cl-lane@asus.com and include case #N201002510 for reference. ​Thank you for choosing ASUS! Best regards, Lane ASUS Customer Loyalty – US Support
Anonymous
Ownership: 1 week to 1 month
Verified Owner
Great motherboard, tons of features for a budget price - easy to setup with a Ryzen 5 3600XT9/11/2020 8:04:31 AM

Cons: Could use a few more onboard standard 3.0 USB ports - only has 4 and most of today's devices ask for 3.0 or better. Not really that big of a deal, depends on the person's needs. No other cons otherwise

Overall Review: Easy to setup with my G.Skill 3200 Ram by selecting the auto Profile it grabbed on first bootup and took my Ryzen 5 3600XT processor without issue or much configuration needed. I didn't even have to reload my windows 10 from old board to this one. Runs great, boots up super quickly and supported all my SSDs plus an M2 drive without issues. Been using Asus boards for 10 years and haven't had a built go wrong yet.

Cons: - The IO shield cut me (this is a joke con, but those things are evil)

Overall Review: It was an easy install in my Cyberpower case. 3 fan headers for controlled cooling, it also comes with an AIO pump header but I don't have liquid cooling yet so I can't comment on that. The look is very simple which is fine by me, not into the whole RGB craze like some people. It does have a pulsing power light near the IO shield. All the front panel and usb connectors are well placed meaning wire management was no problem. It pairs well with my new Ryzen 7 3700X, but I can't comment on overclocking yet as I don't think the stock cooler would do very well. Will try to update my review if I get down that road. This will be my first review on Newegg, so not sure what else to say other than I'm very happy with this ASUS board and would definitely recommend it. Paired this board with: - Ryzen 7 3700X - 8x2GB (16GB) Corsair Vengeance DDR4 3000 (Wanted to leave a comment here, entering the BIOS and switching the RAM from 2133 to 3000 was just a simple toggle on the main BIOS screen, no needing to search through the settings) - EVGA 2060 KO Ultra - WD Blue 1TB SSD for my game library and another 500GB WD Blue SSD for my OS drive - 3 Corsair 120mm fans all smart controlled by the mobo

Cons: I/O shield came in bent, had to beat it back in place, the Ethernet bottlenecks for some reason, like the internet is really slow sometimes, also no usb-c header on the board

Overall Review: if you dont mind the potentially slow internet at times, and no usb-c front panel, it works very well, love asus boards and will continue to use them

Pros: Overall it's a good board. Sleek, easy install. Runs well as long as I only populate 2 of the 4 memory slots.

Cons: The memory slots: No matter which way I try and flip the sticks around, I can't get this board to post if all 4 are populated. The 4 pack of 4GB G.SKILL Ripjaws V simply will not post, even with adjustments to voltage and speed in the BIOS. Spent the day looking for solutions and seems that others have similar issues and just walk away, only using the 2 slots. No real fix that I can find.

Did you find this review helpful?
Manufacturer Response:
Dear T.J, It's very unfortunate you've encountered memory issues with your motherboard. Please double-check if your CPU has any bent pins along with your CPU socket. After verifying your parts please reseat your CPU cooler without applying too much pressure against your CPU as doing so may interfere with your memory channel. If the issues persist, feel free to contact me if you have any technical or general questions. You can reach me at cl-adrian@asus.com. Your case for reference is N201056762. Thank you for choosing ASUS! Best Regards, Adrian ASUS Customer Loyalty – US Support
Michael R.
Ownership: 1 week to 1 month
Verified Owner
ASUS Motherboard...10/15/2020 7:54:45 AM

Overall Review: Just put this in my new system & WOW!...so far so good. ASUS has for years has done well by me. The same can be said for Newegg as well. Superior products and superior service.