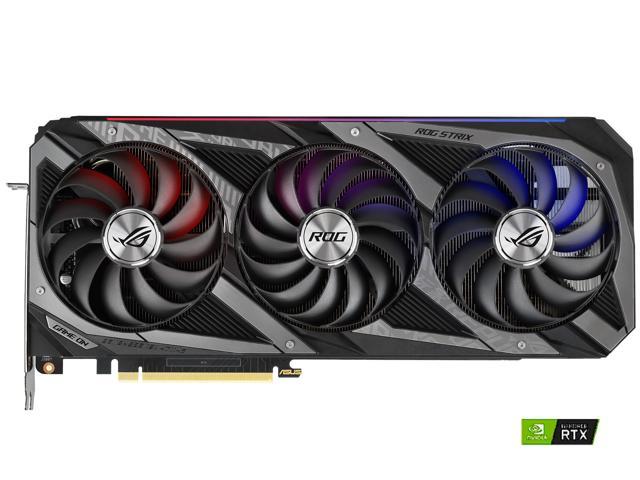 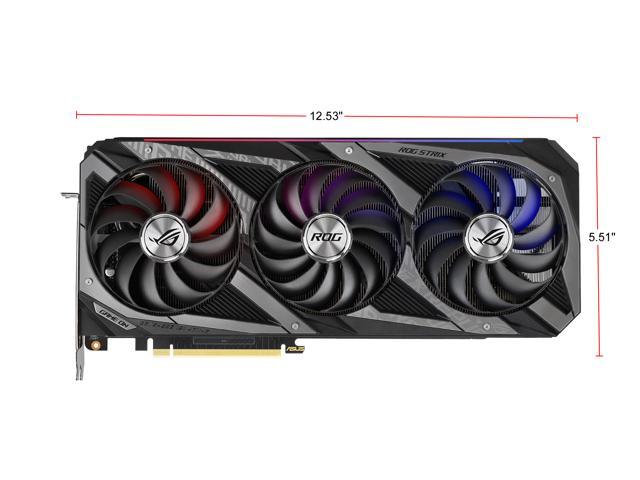 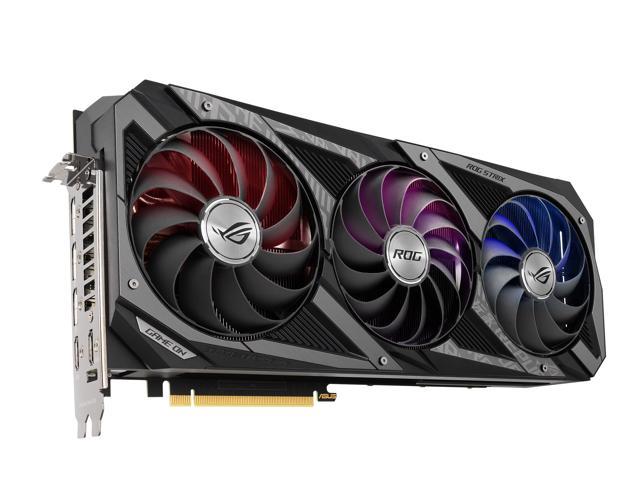 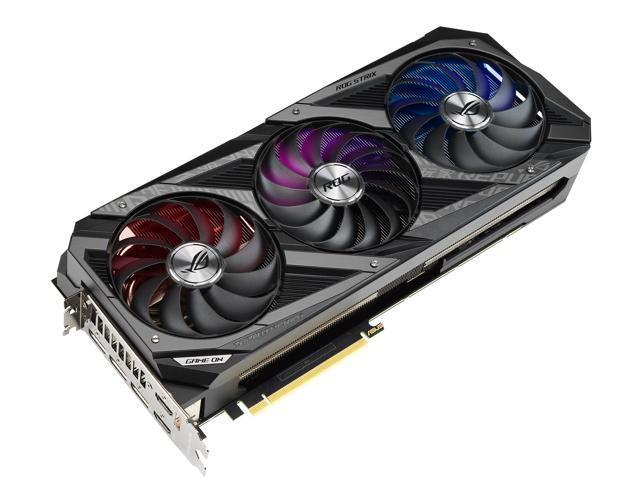 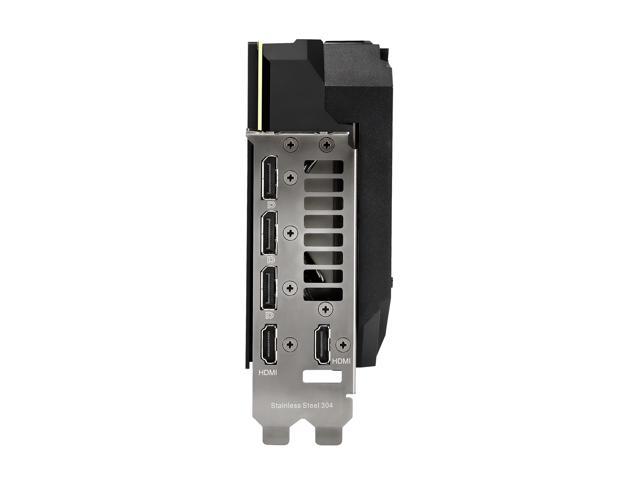 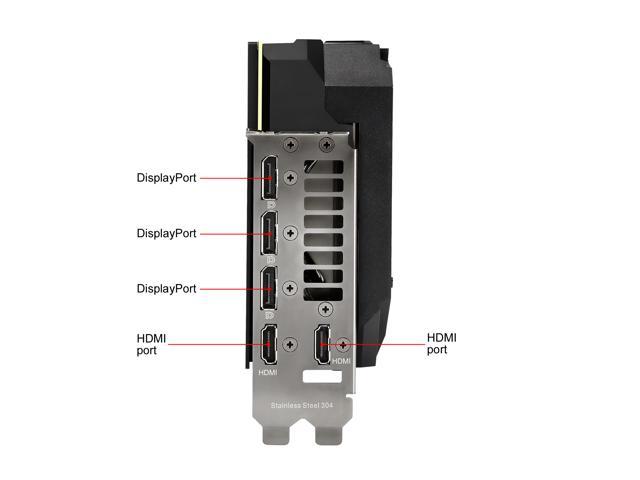 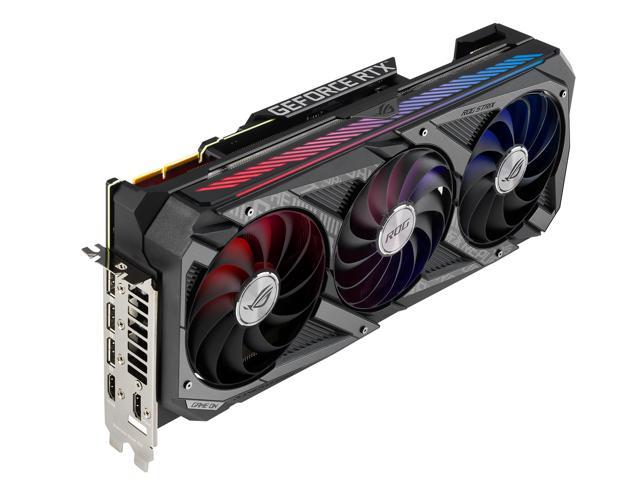 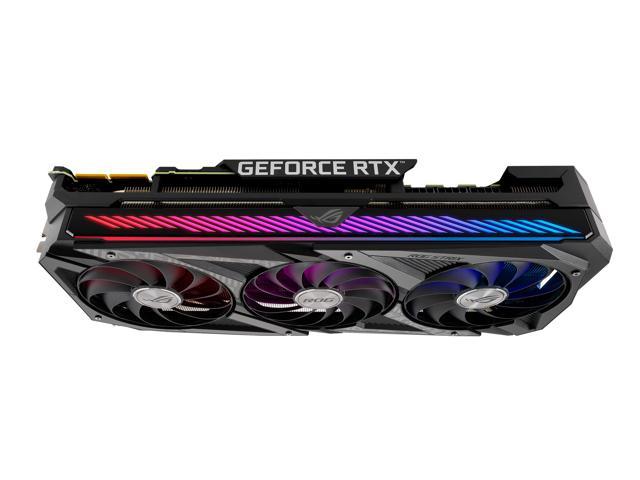 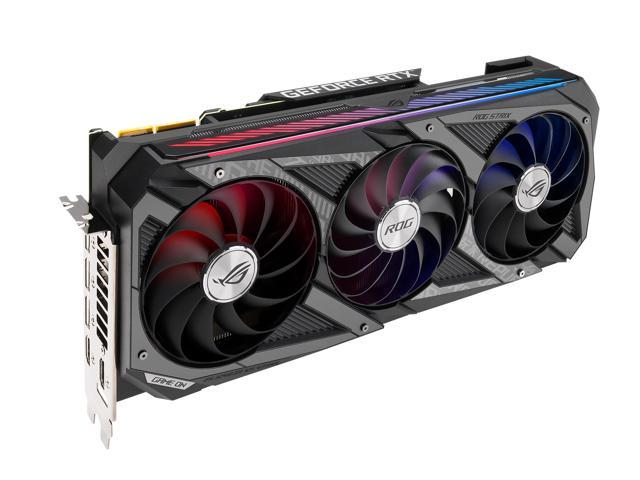 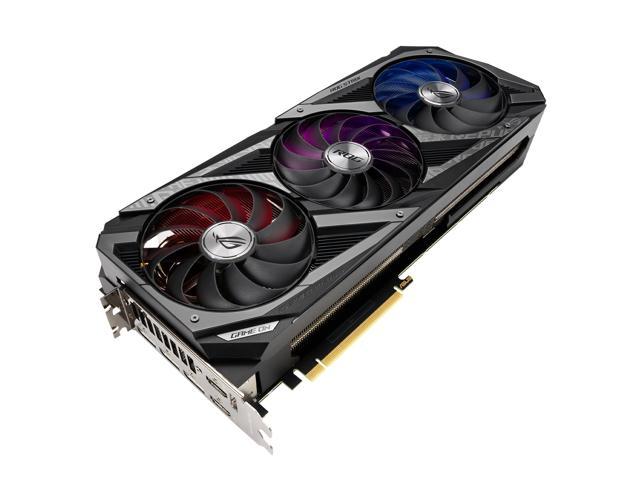 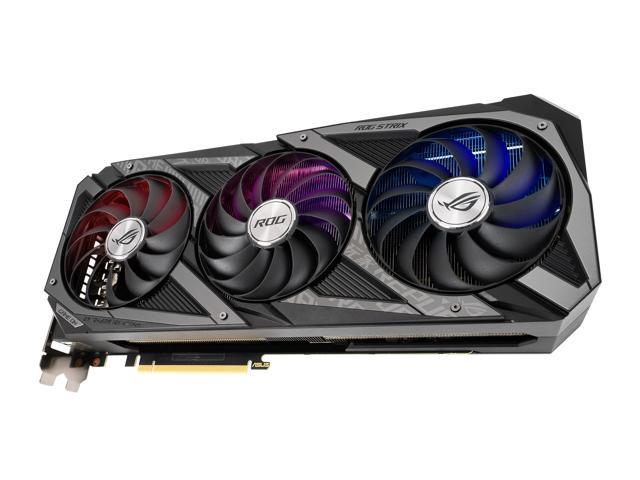 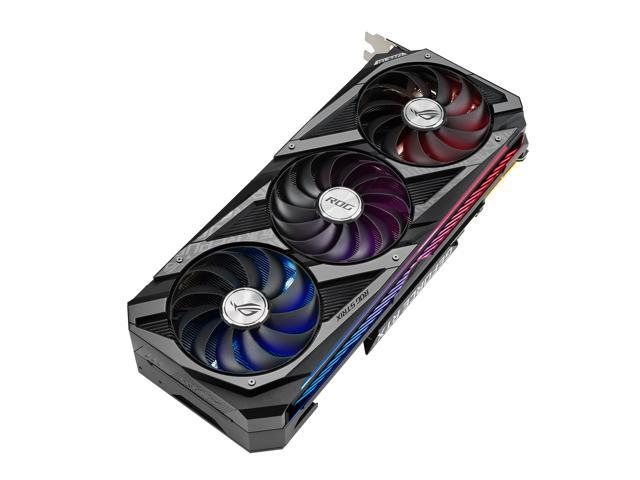 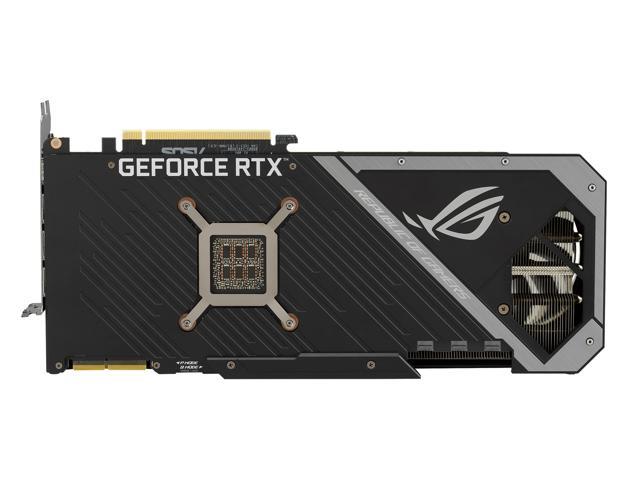 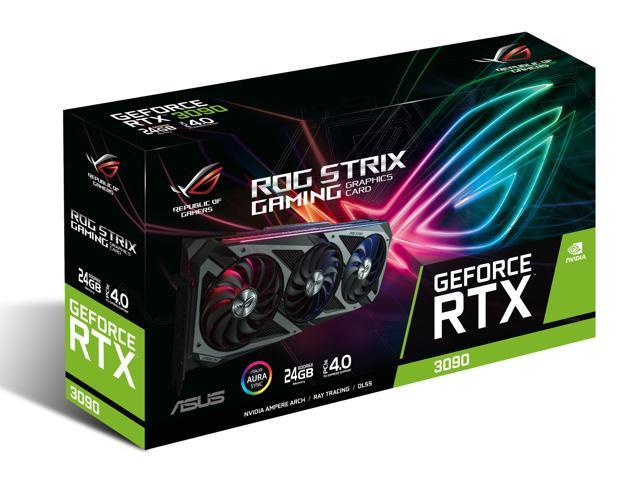 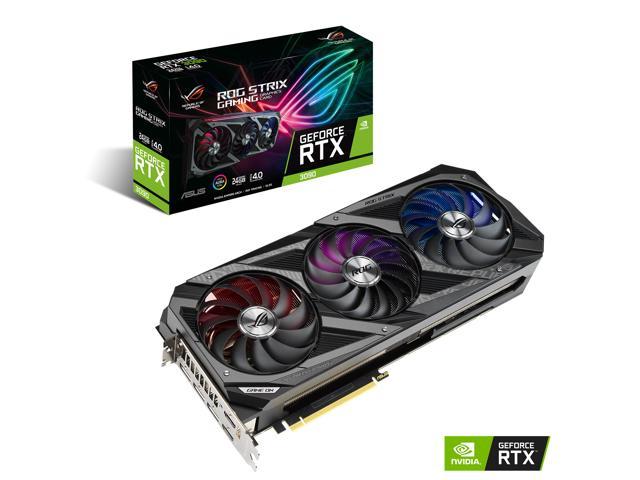 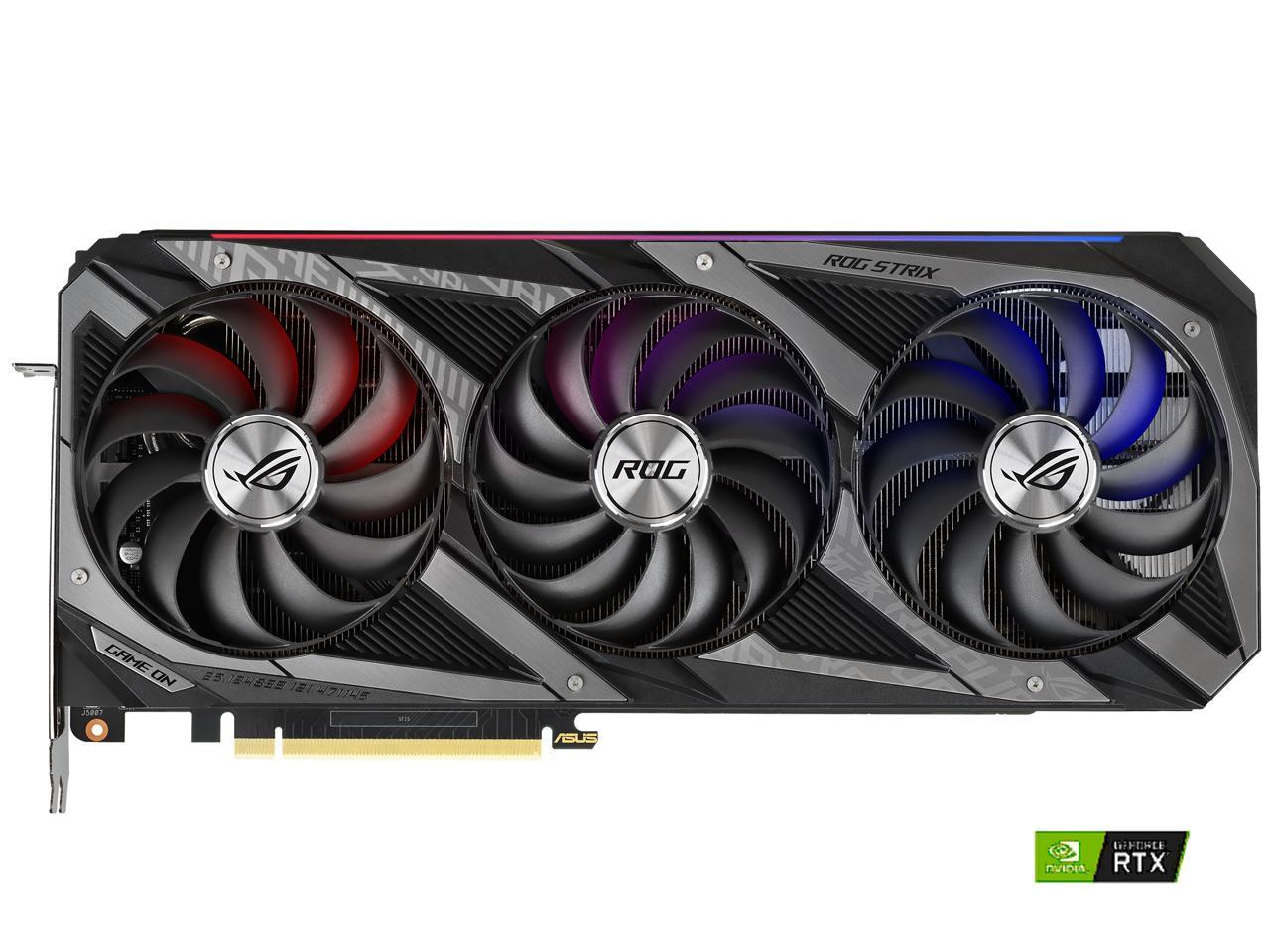 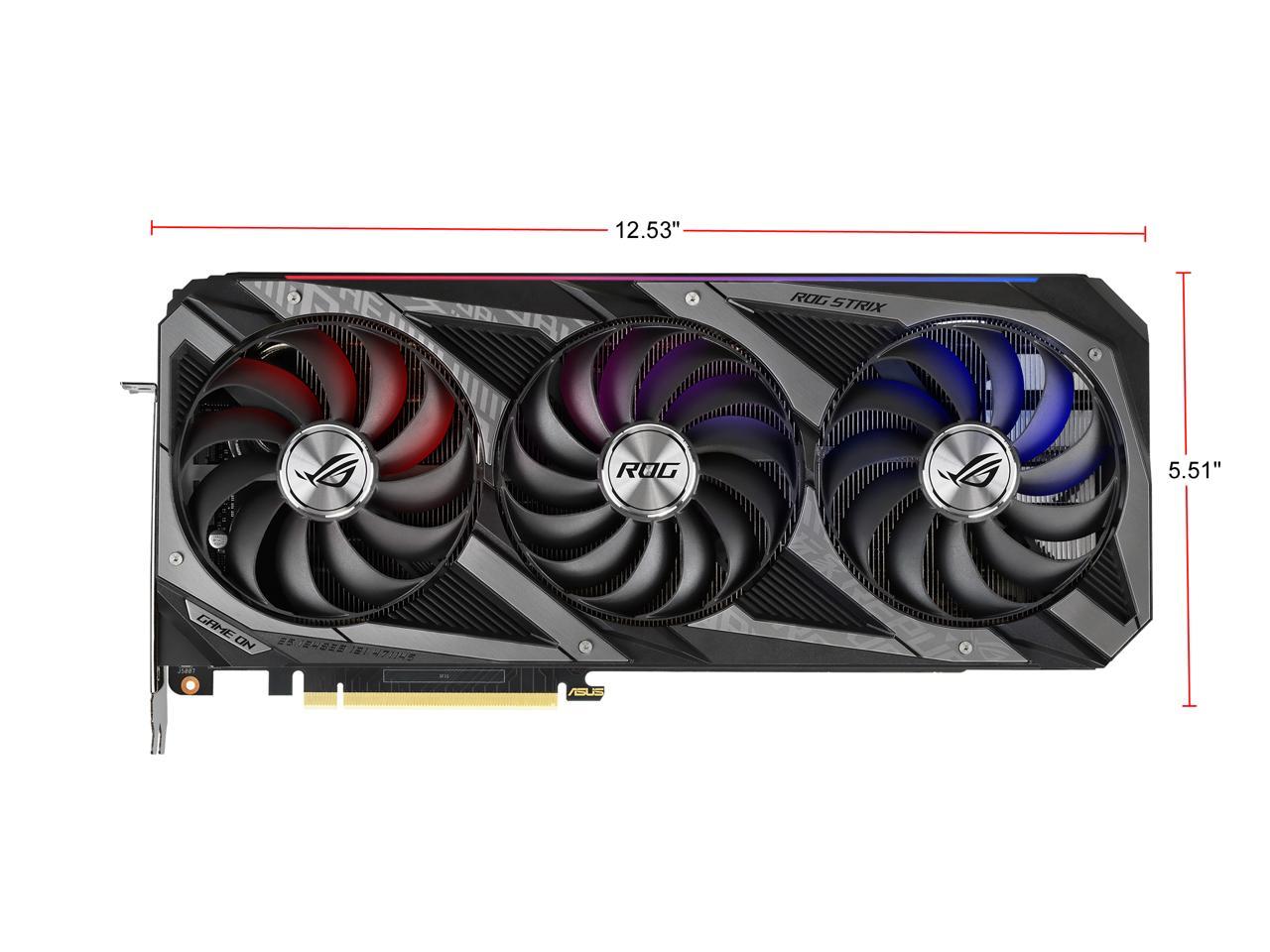 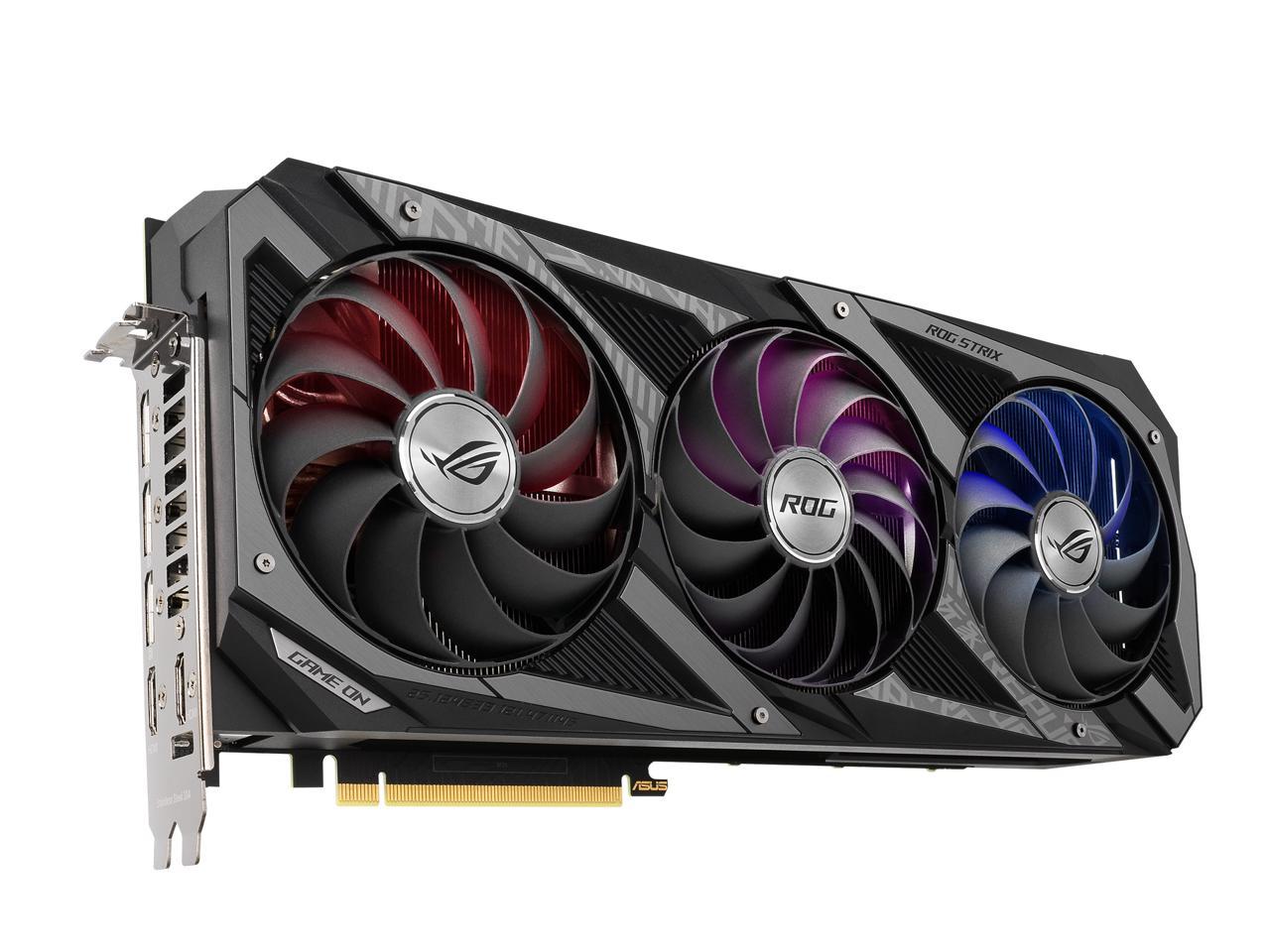 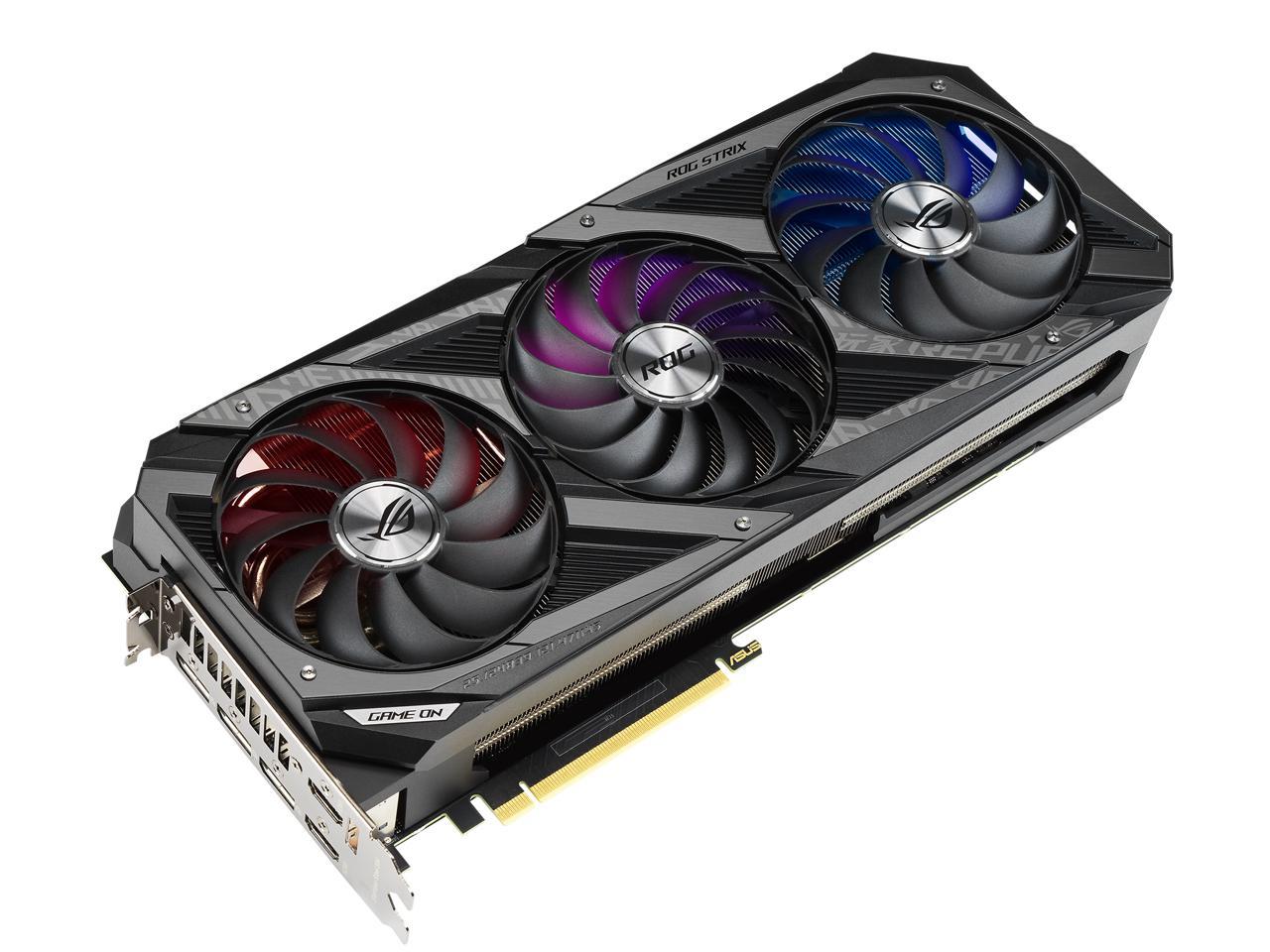 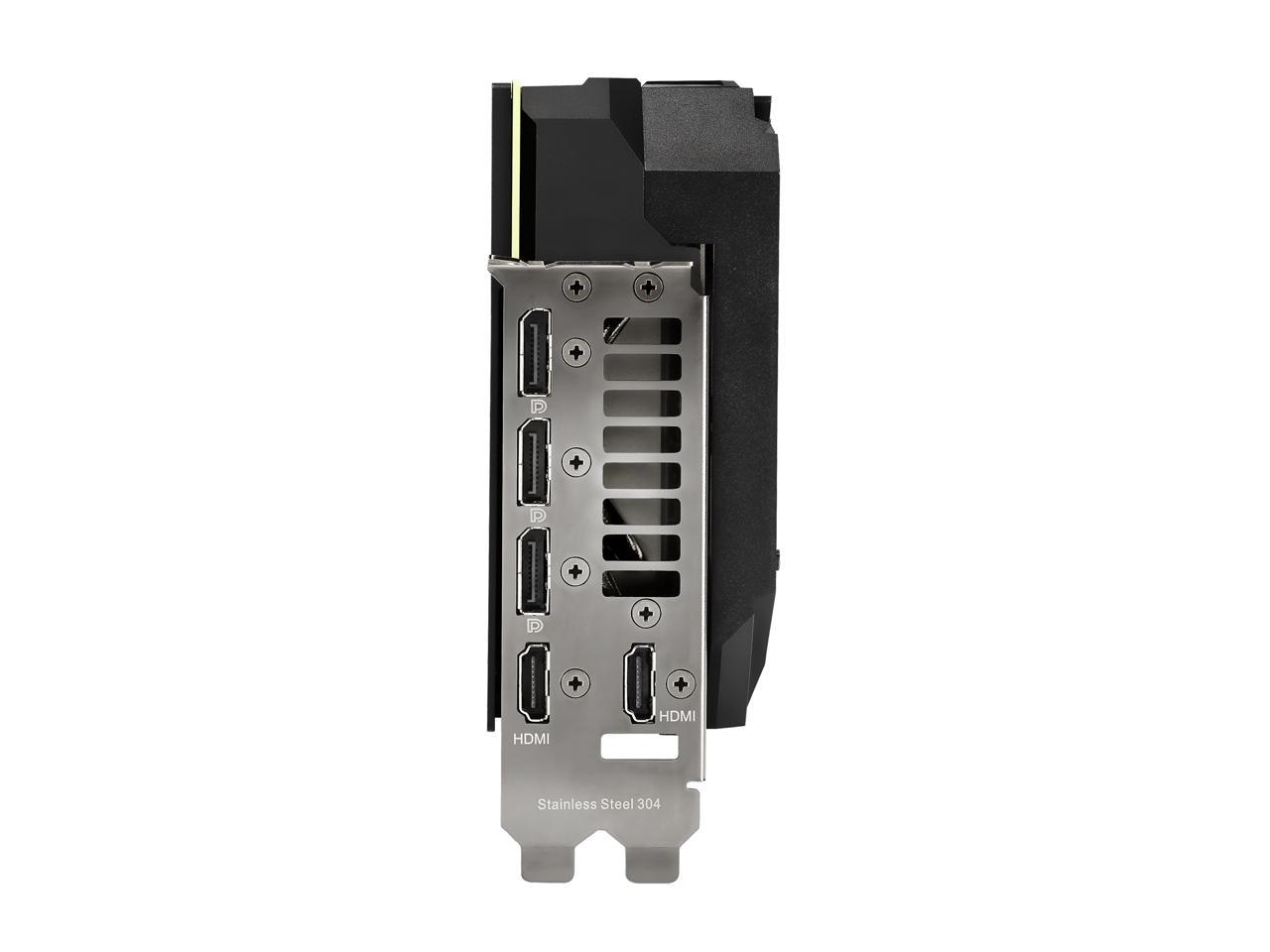 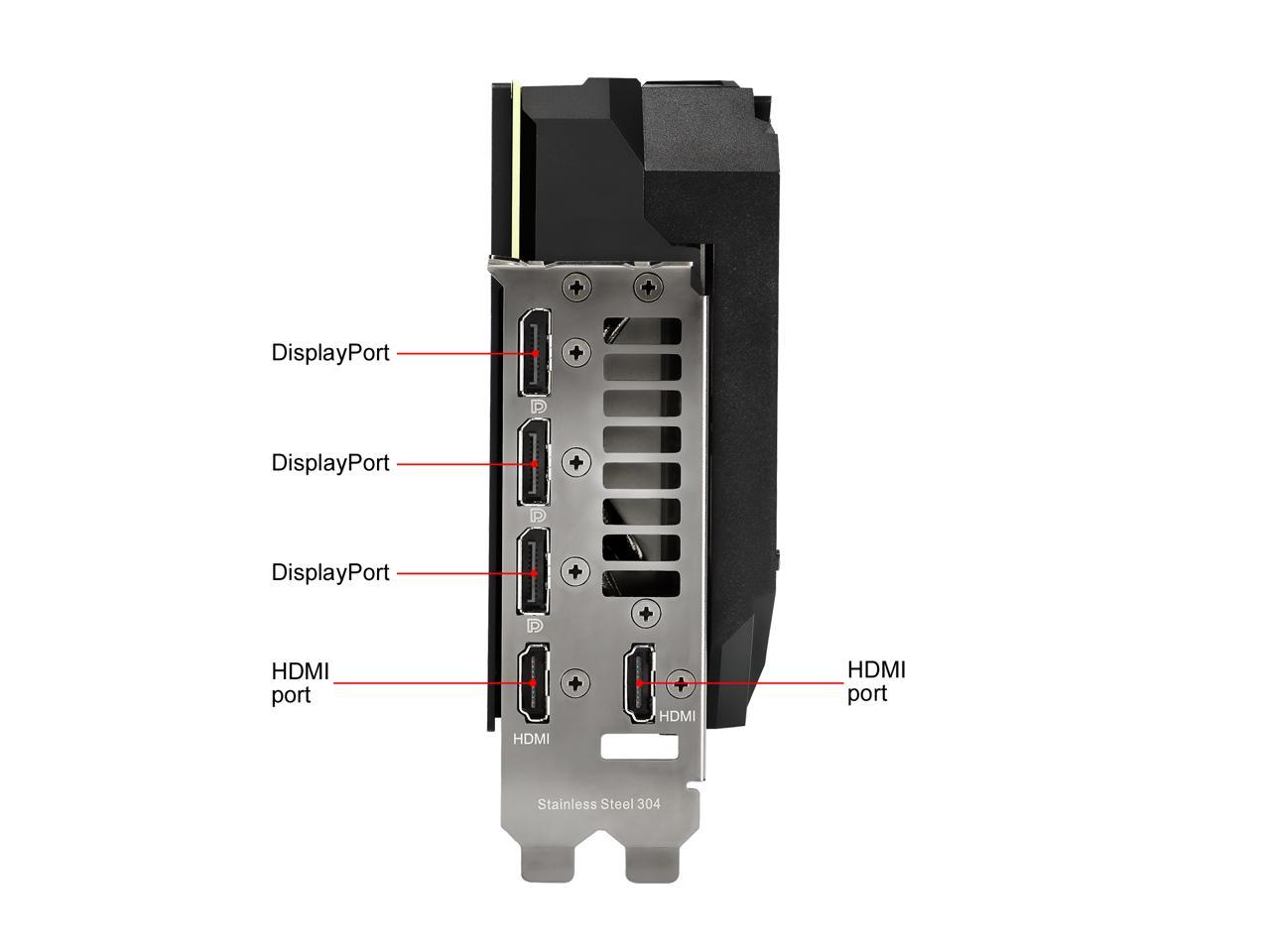 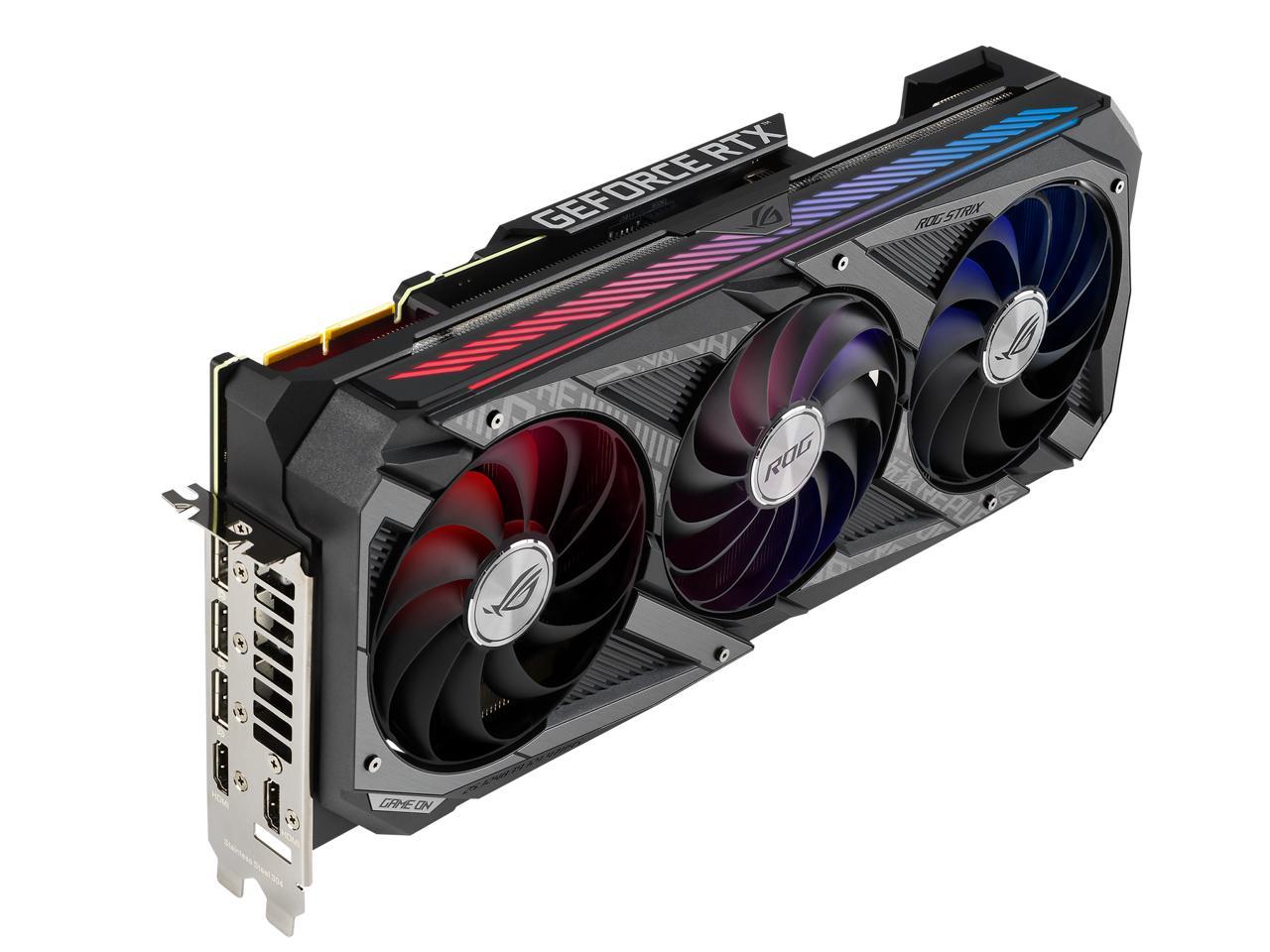 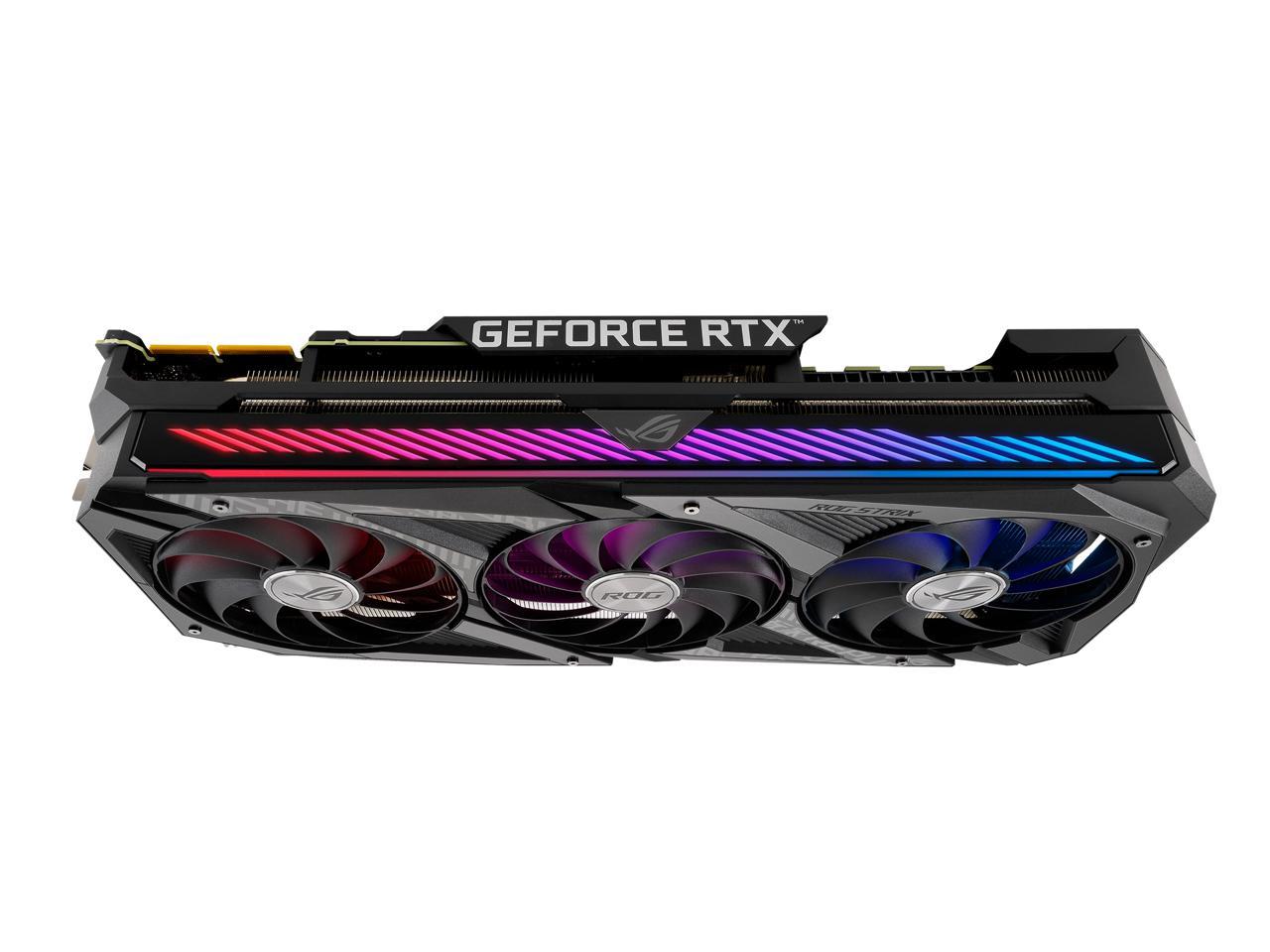 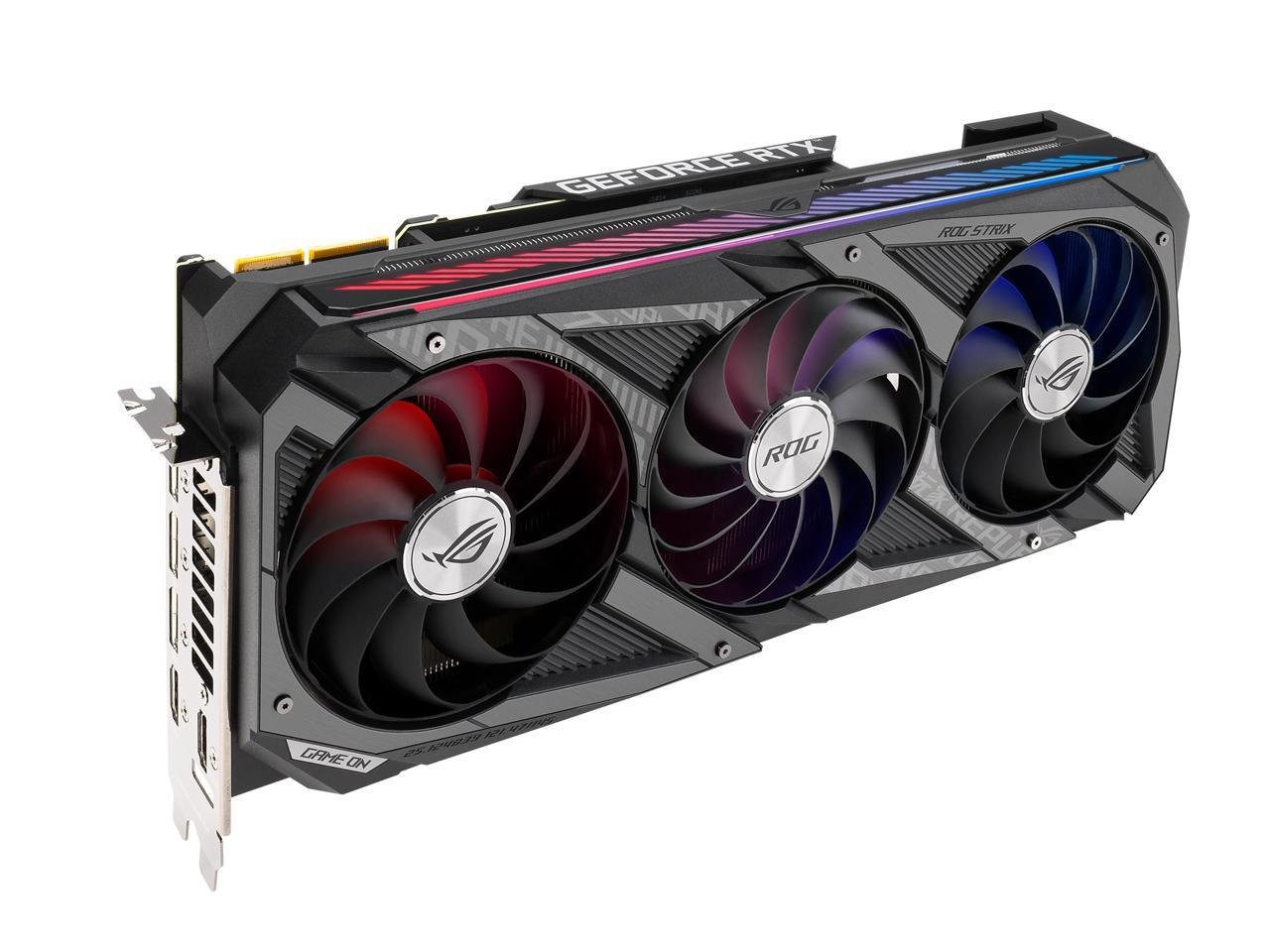 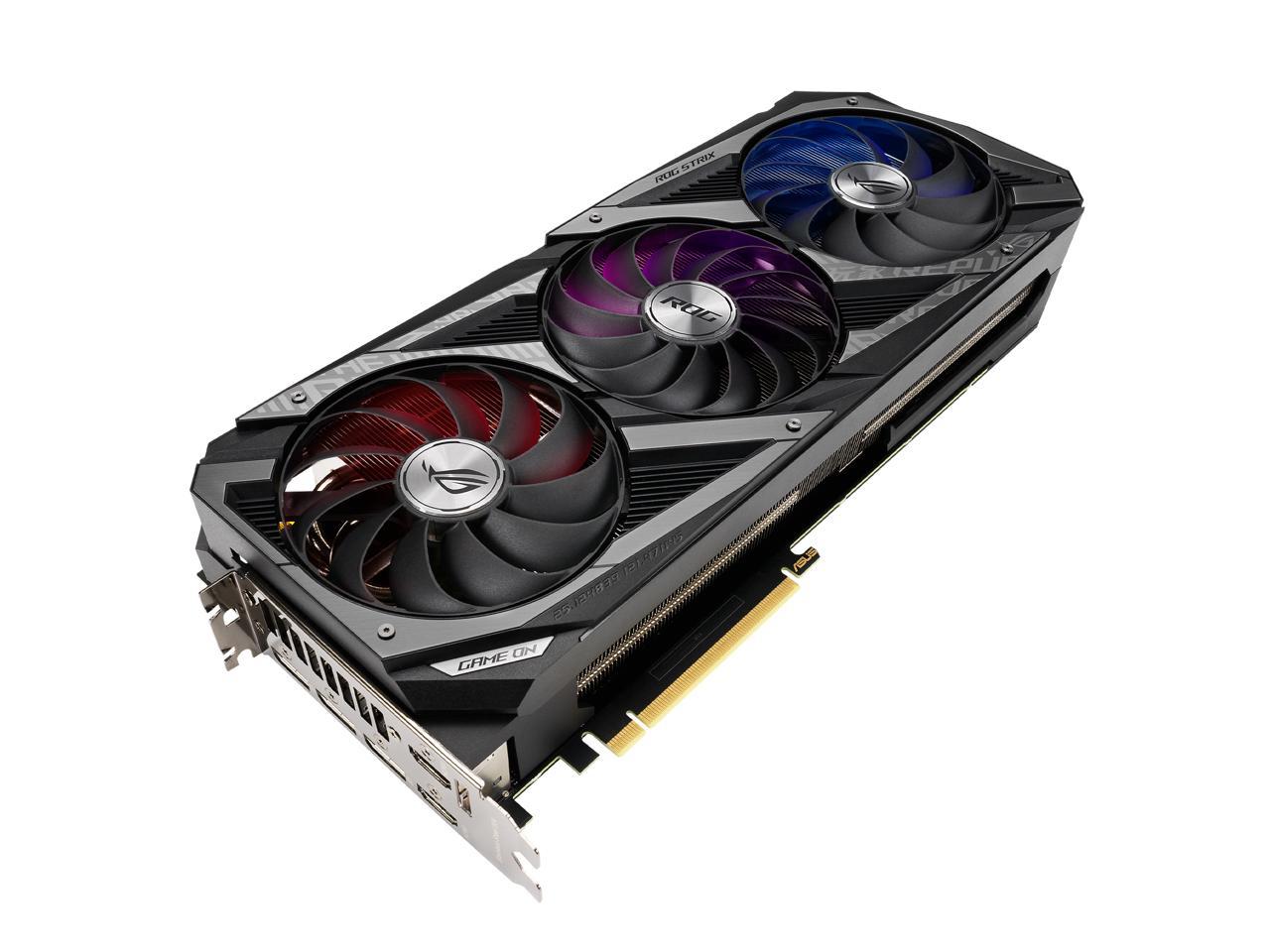 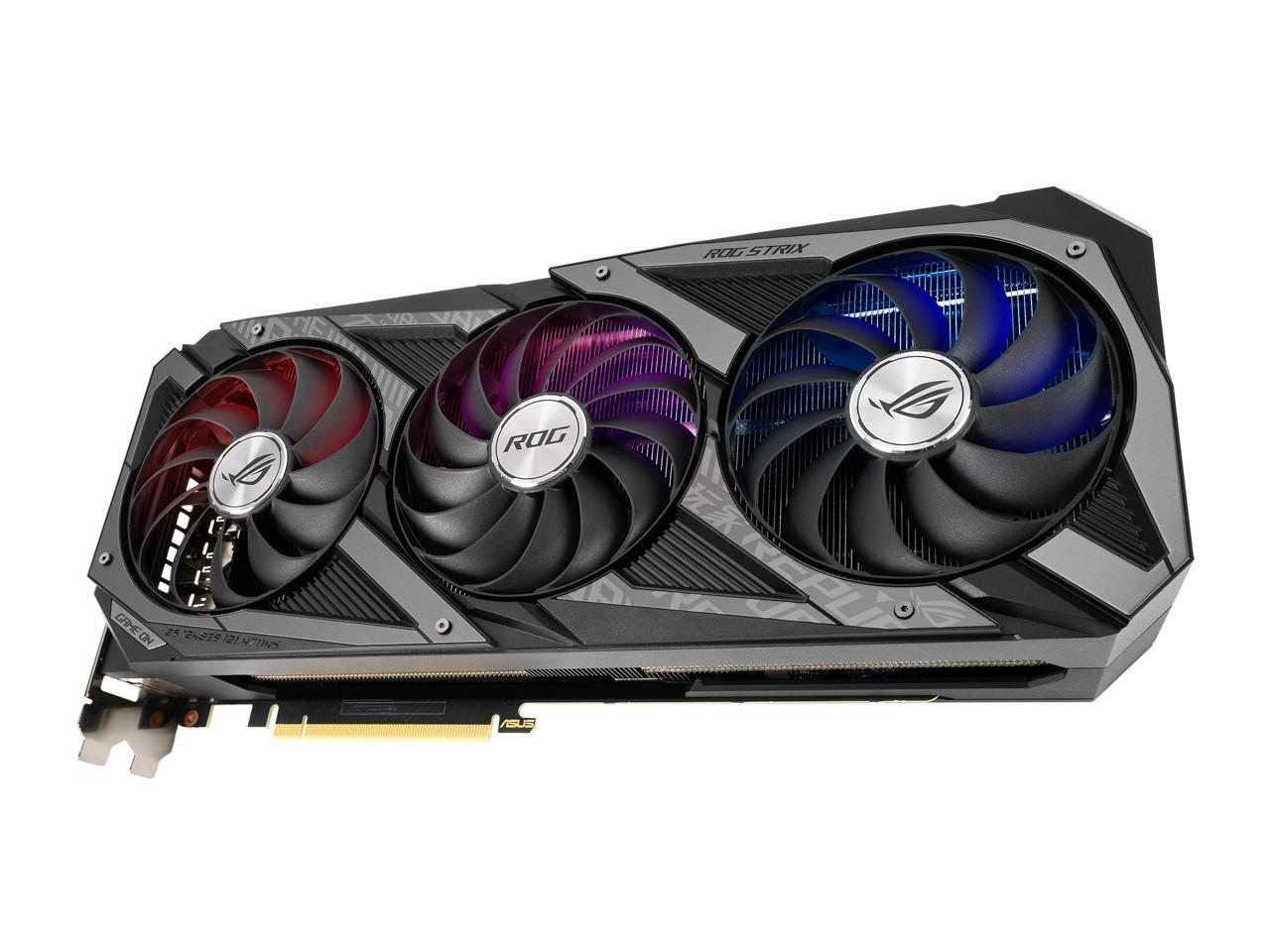 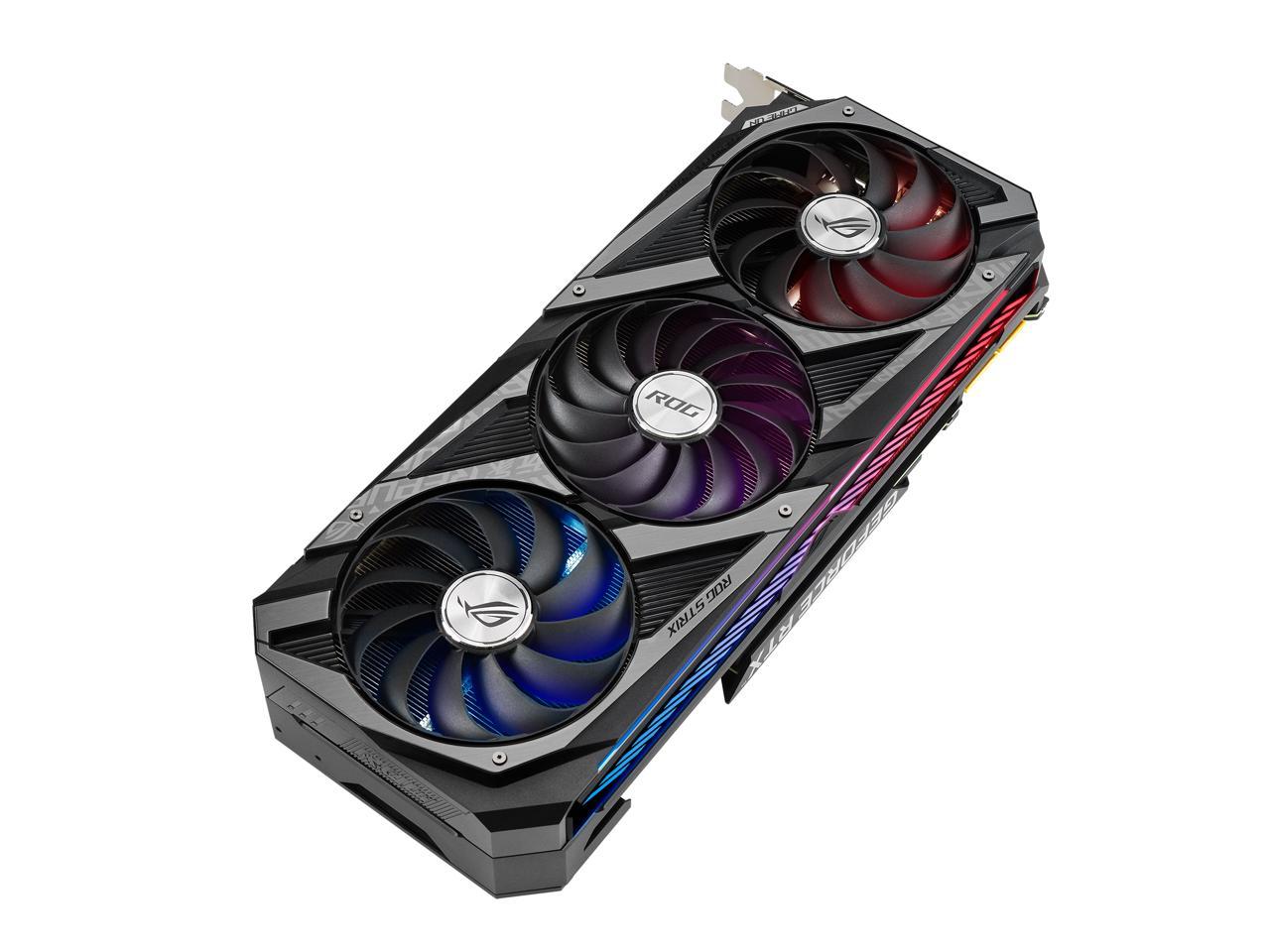 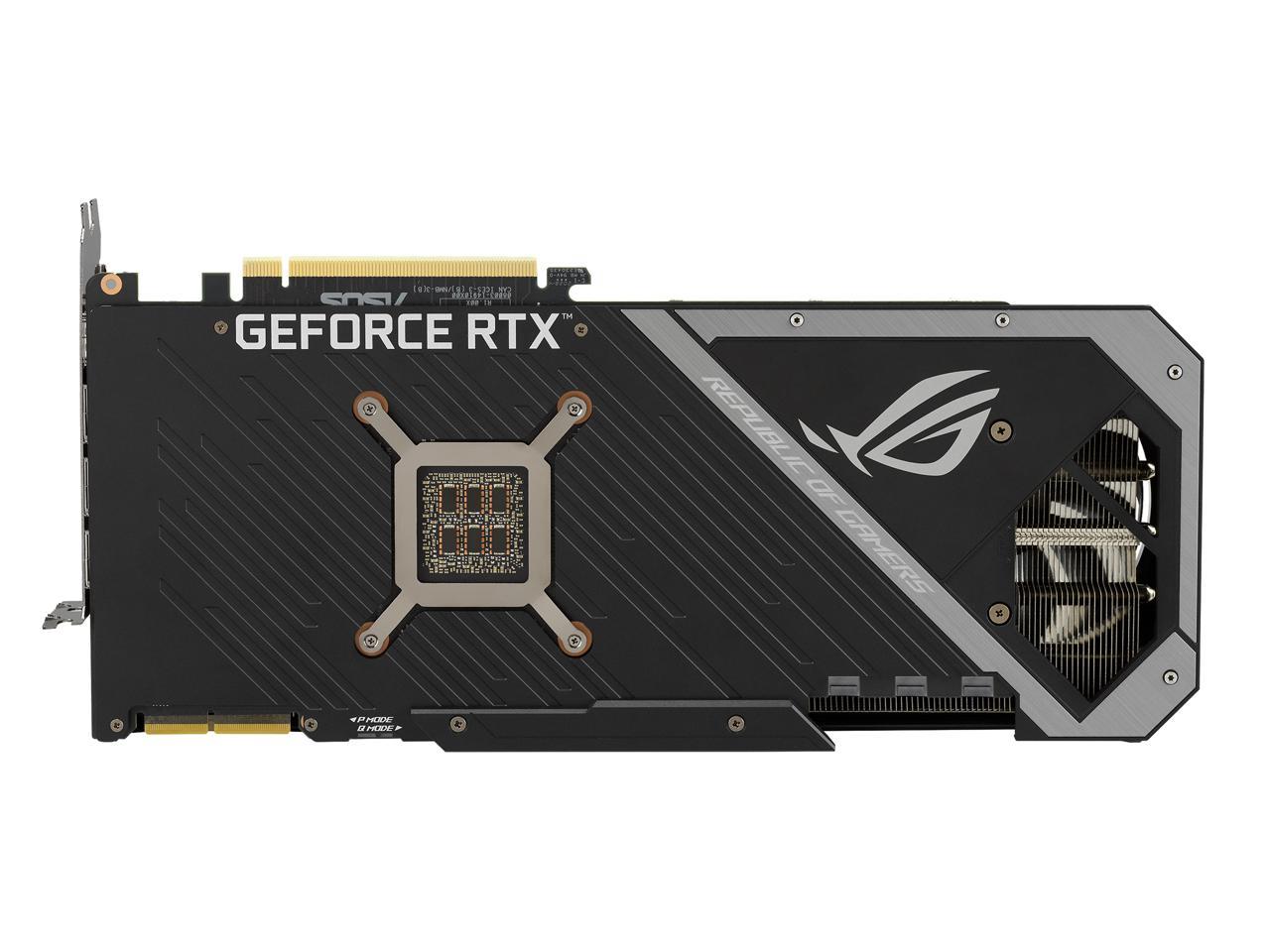 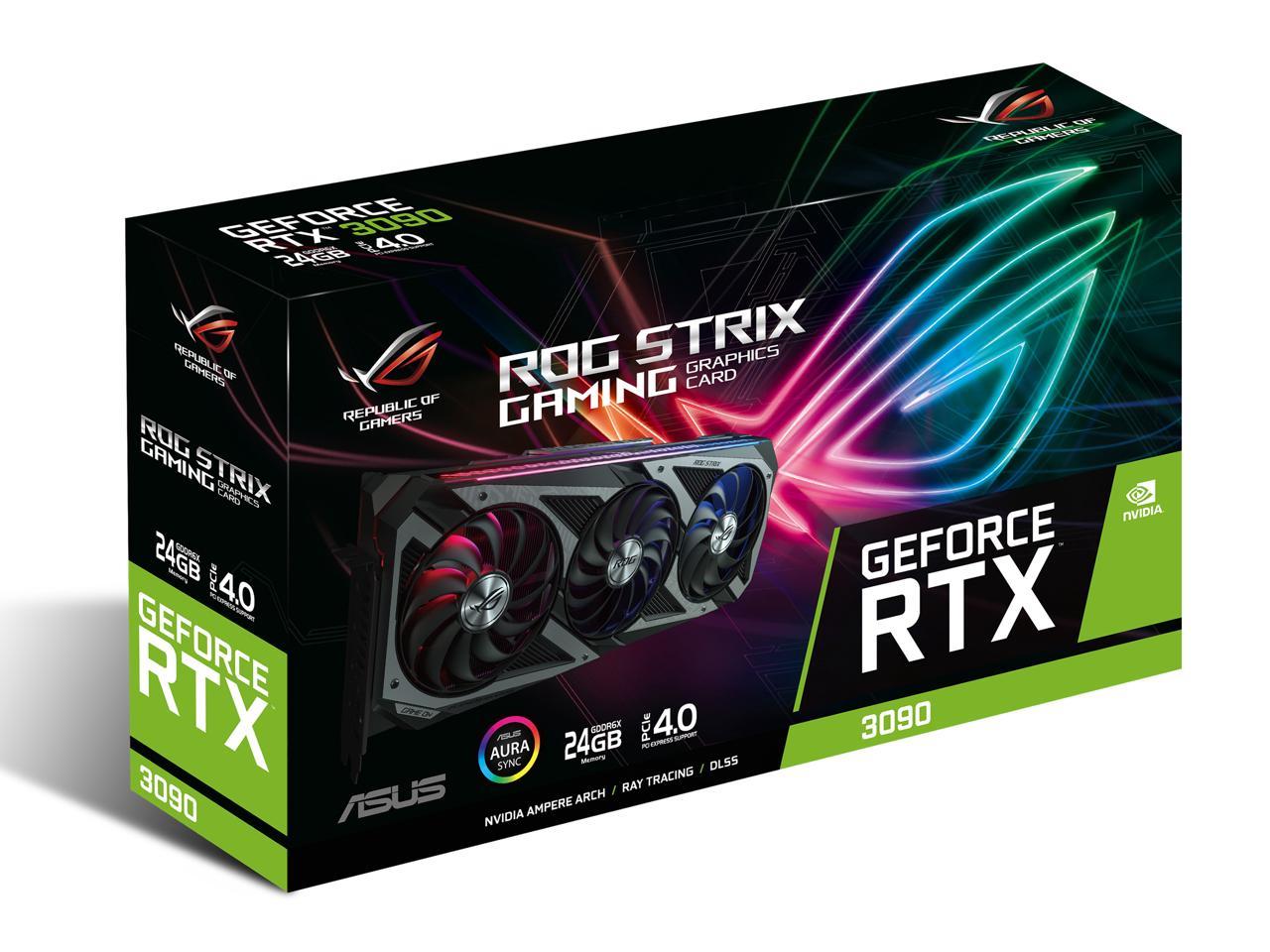 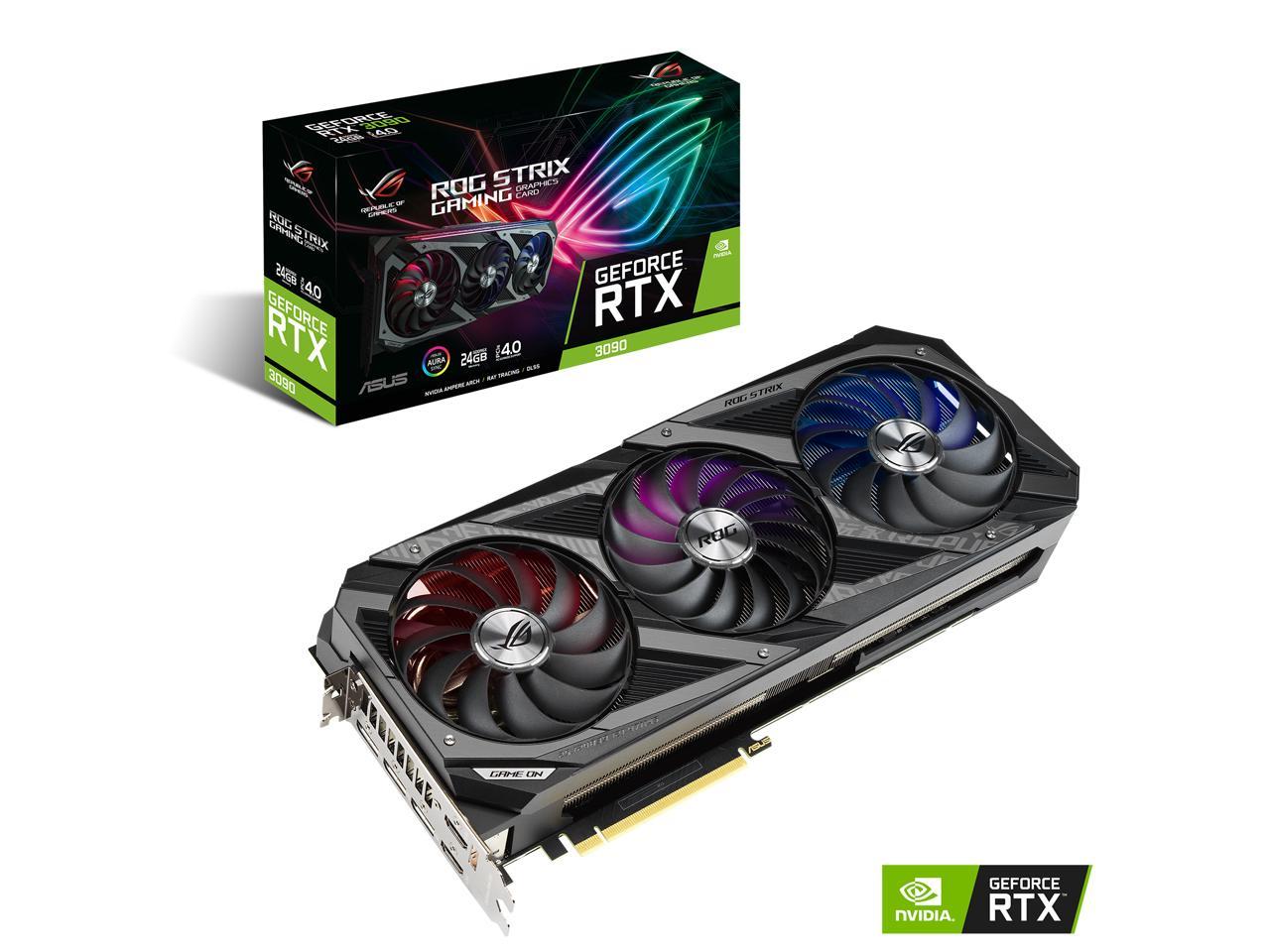 Learn more about the ASUS ROG-STRIX-RTX3090-O24G-GAMING

Overall Review: This card is definitely a beast. It hits 2100 MHZ out of the box with no increased power limits. After setting a fan curve it doesn't get over 70 degrees C running at 100% over extended periods. If you can find this card, I definitely would recommend this card over the others because of the higher power limit and top quality components inside it. My light bar was covered in plastic film like every surface on it, it did have some micro scratches on further inspection that you can only see under direct light. For 2K you think they would make that out of a more scratch resistant material or at the least, not sent them out with micro scratches.

Pros: Runs everything I can throw at it, good build quality, no coil whine or fan issues like some cards,stays reasonably cool, can super sample valve index to 200% easily while holding 120fps.....amazing....

Cons: Way overkill for gaming, 3080 would be better suited, but if you have the cash and don't want to wait...giver :)

Overall Review: Not a bad card coming from a 2070 super it can run most games at ultra and still maintain good fps Installed in meshify C with slim 120mm fan and normal 120mm fan in lower, full gaming 68-70°c with fans 74°c with fans off

Cons: Coil Whine, dont know what to do. Spending a lot of $$$ for that problem make me sad.

Overall Review: I would not recommend if every card do this.

Pros: - Build quality is great - Playing Cyberpunk on 1440p and everything on max the card does not have issues with sustaining 60 FPS - Overclocks easy and best for benchmarking if you are into that sort of thing

Overall Review: Card is massive in comparison to the 20xx series. Have about 5mm Clearance on my SFF case (Sliger SM580). As people are experiencing on high load gaming I've yet to experience that myself. I have a corsair 750watt SFX platinum power supply and I was a bit concerned that I would not have enough power to run my entire system since this card is rated to need 850 watt, but to my surprise I have no issues. I run an external rad with 9 fans, a D5 pump, 5900x, everything is in stock settings though, three monitors, amongst other peripherals and the 750 watt is holding up. Will update review with pictures once I have completed my full build

Pros: - Packaging was secure, foam edges inside a thick ASUS-branded cardboard box that perfectly fit the black/green retail box and kept it safe. - Card was flawless, no damage, no dings, no anything just how you expect it. - I'm a game dev, running my own game in 4k/120 for the first time brought tears to my eyes, after so much work there's so much detail I've never seen before. - Handles UE4 incredibly, every UE4 project I touch is basically 120+ FPS at 3840x2160. - The card is sexy, looks awesome in a case, the LED strip is really cool. - BEAST at video playback, editing, encoding. - runs at about 55C with two UE4 instances open and premiere. VERY great heatsink.

Cons: - It's absolutely massive. I think it might actually be bigger than the 12.6" the site says, I had to do some CRAZY caddy-cornering to get it in my case and barely got it (full tower). Make sure to measure your case, the lips/edges of your case to make sure you can get it around those too.

Overall Review: - If you're a hardcore game dev/video editor I think it's worth the price (though the 3080 is probably better overall value). - It doesn't get better than ASUS RoG Strix. - Absolutely can't be stopped it's a beast. - See my size comparison to a 1070 below.

Overall Review: The ASUS ROG-STRIX-RTX3090-O24G-GAMING has the fastest maximum clock speed available today for an air-cooled card (1890 MHz) and runs most games at insane frame rates. My RTX3090 has no coil whine at all and the 3 cooling fans actually come to a complete stop when the card is not being worked hard. When running Microsoft Flight Simulator 2020 where the GPU is pegged at 100% load most of the time (all settings on "Ultra"), the GPU temperature hovers around 75 degC. Asus have done an excellent job with this card, I highly recommend it and would certainly buy from them again myself. Finally thank you to Newegg for launching their innovative Shuffle program and enabling loyal, bona fide, long-term customers to buy their products rather than bots and scalpers. This card had been on my Wish List since September 24, 2020 and I never managed to complete a purchase on the rare occasions they became available, and then only for a few seconds! Having the card reserved with a predefined time window to buy it made the purchase relaxed and the card was in my hands 5 days later.

Overall Review: Not terribly bigger than a 1080 Ti

Pros: This BFGPU is an absolute monster of a graphics card. The Ampere series are wattage hungry fiends like a competitive eater at a buffet but once you get past this, the ROG Strix 3090 OC is the fastest performance you can expect from the RTX 30 series. - Unbelievable performance compared to previous generations, turn on that Ray Tracing and DLSS 2.0! - Silent - Super efficient cooling - Tremendous amount of available memory - Build quality is top-notch as its shrouded in metal

Cons: - RGB Light bar was slightly scuffed, which was unfortunate that a protective film was not applied to that section when they are stuck all over the rest of the body. This is an Asus QC issue not Newegg's - High TDP - Has you fully ready but anxiously waiting to play Cyberpunk 2077

Overall Review: This is the epitome of GPU performance.