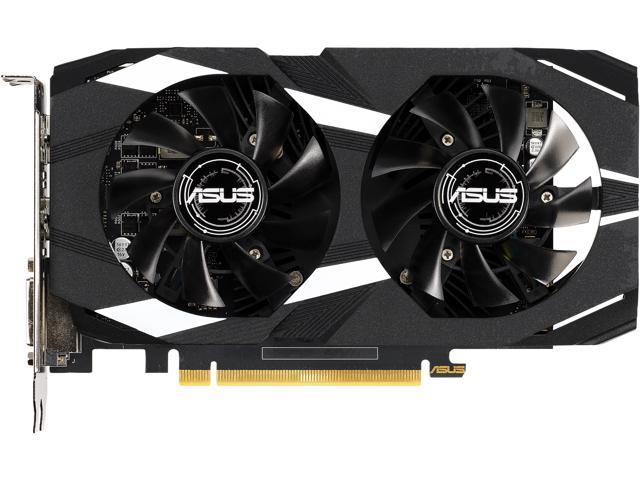 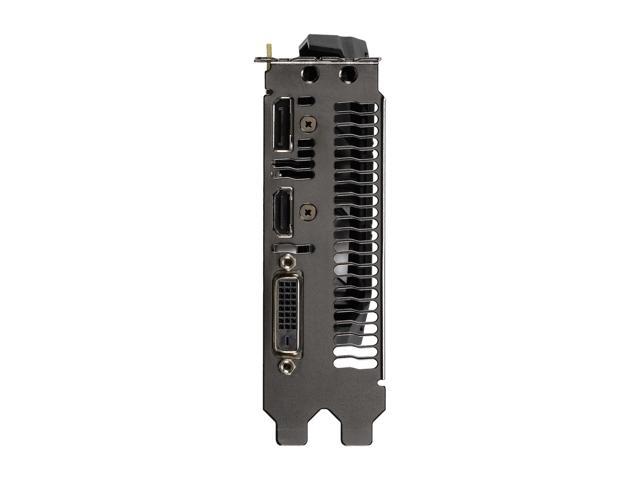 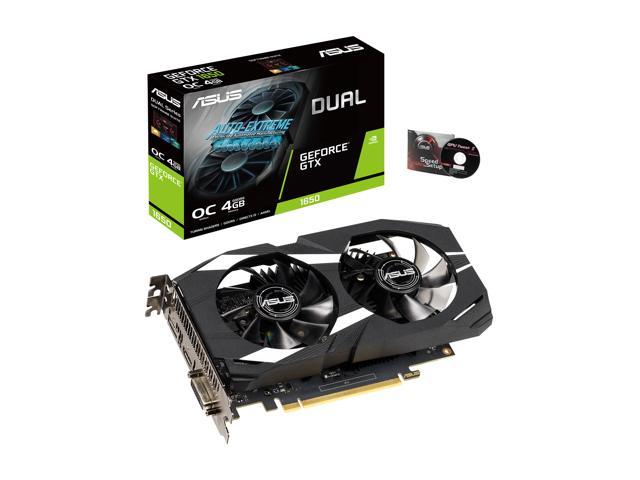 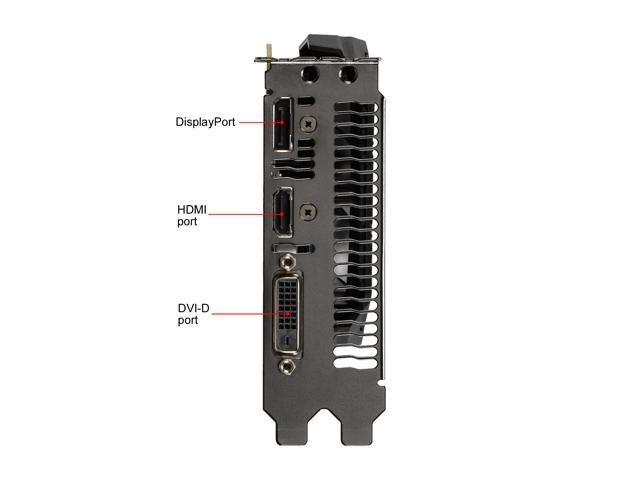 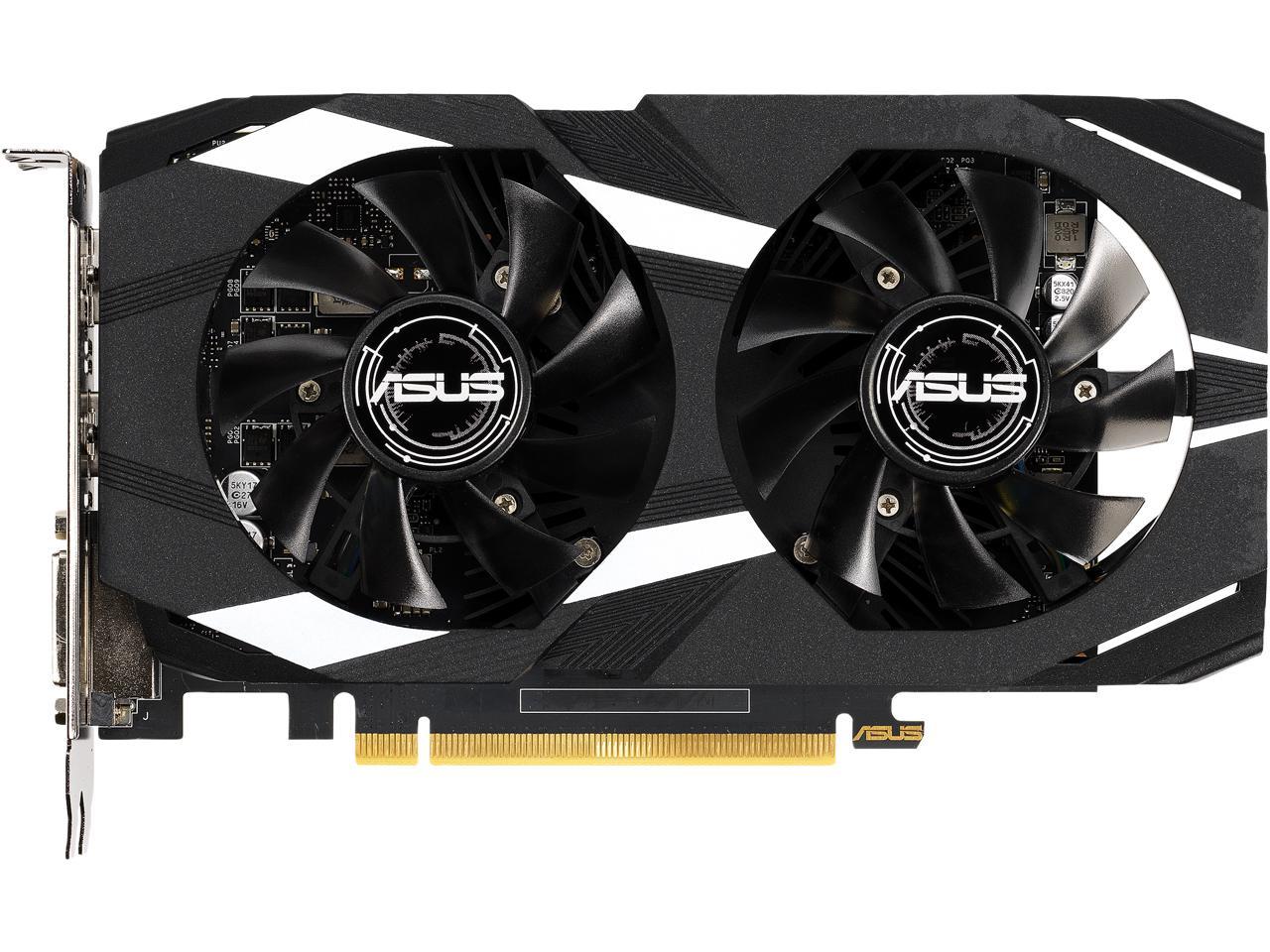 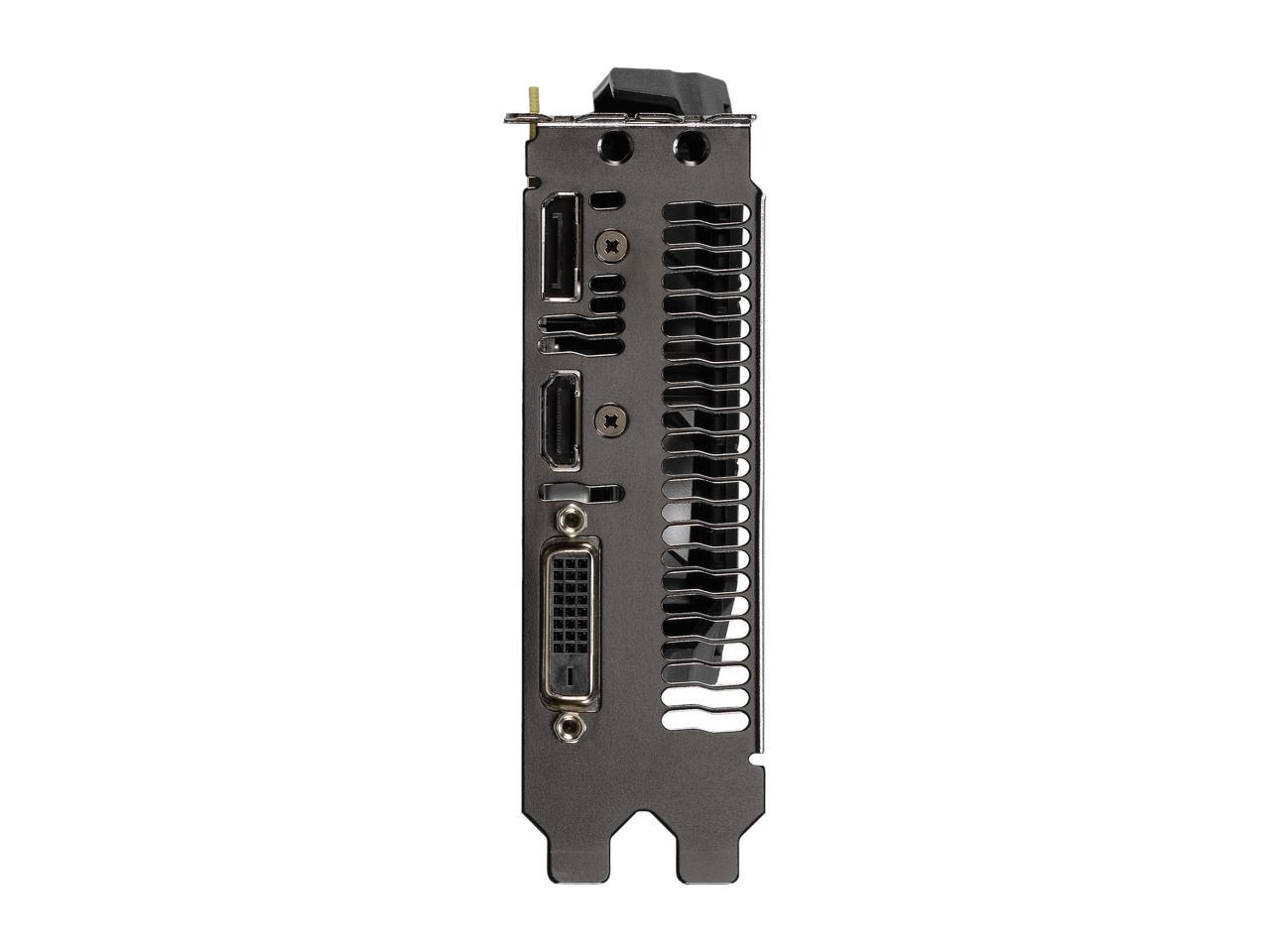 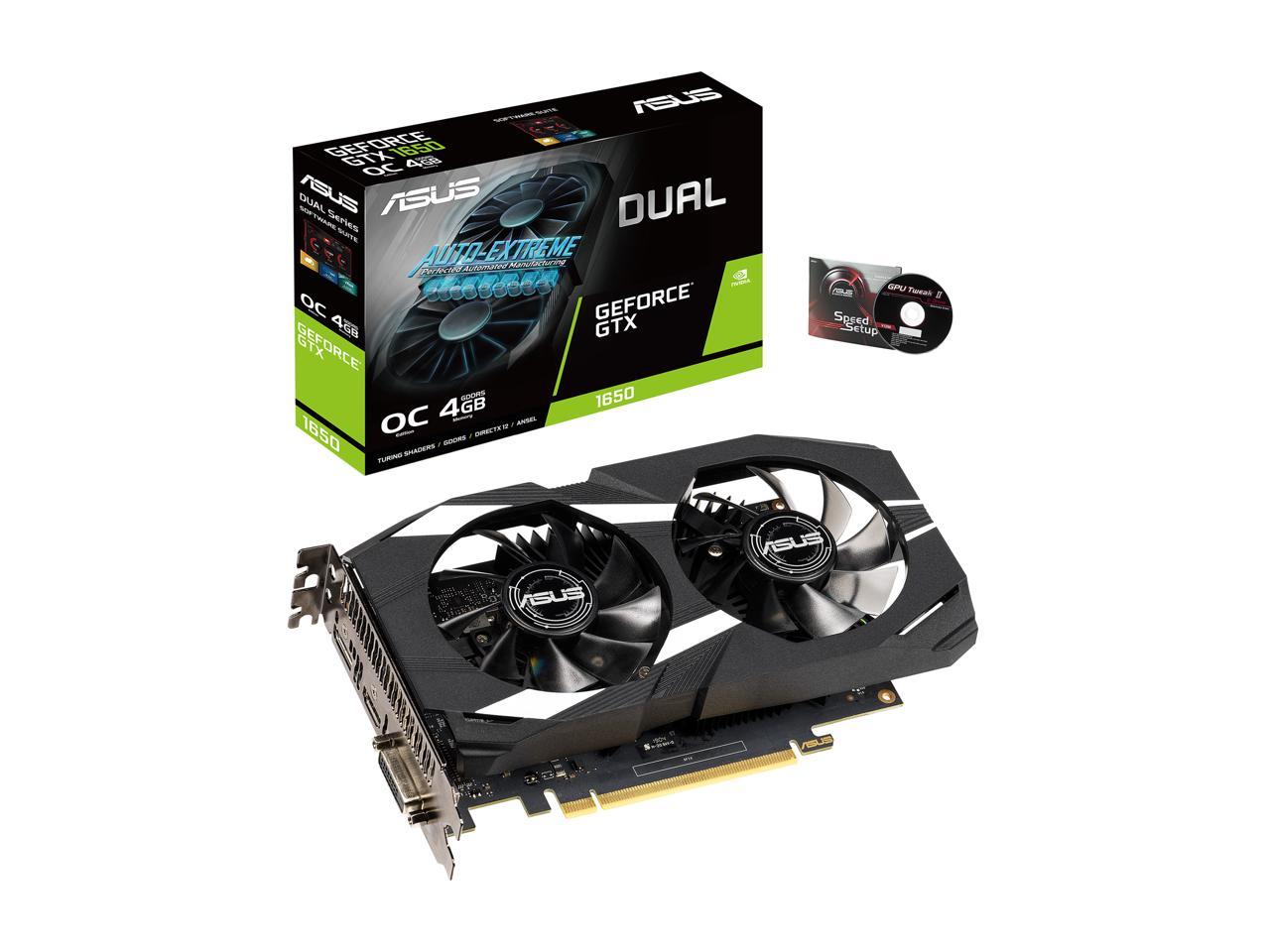 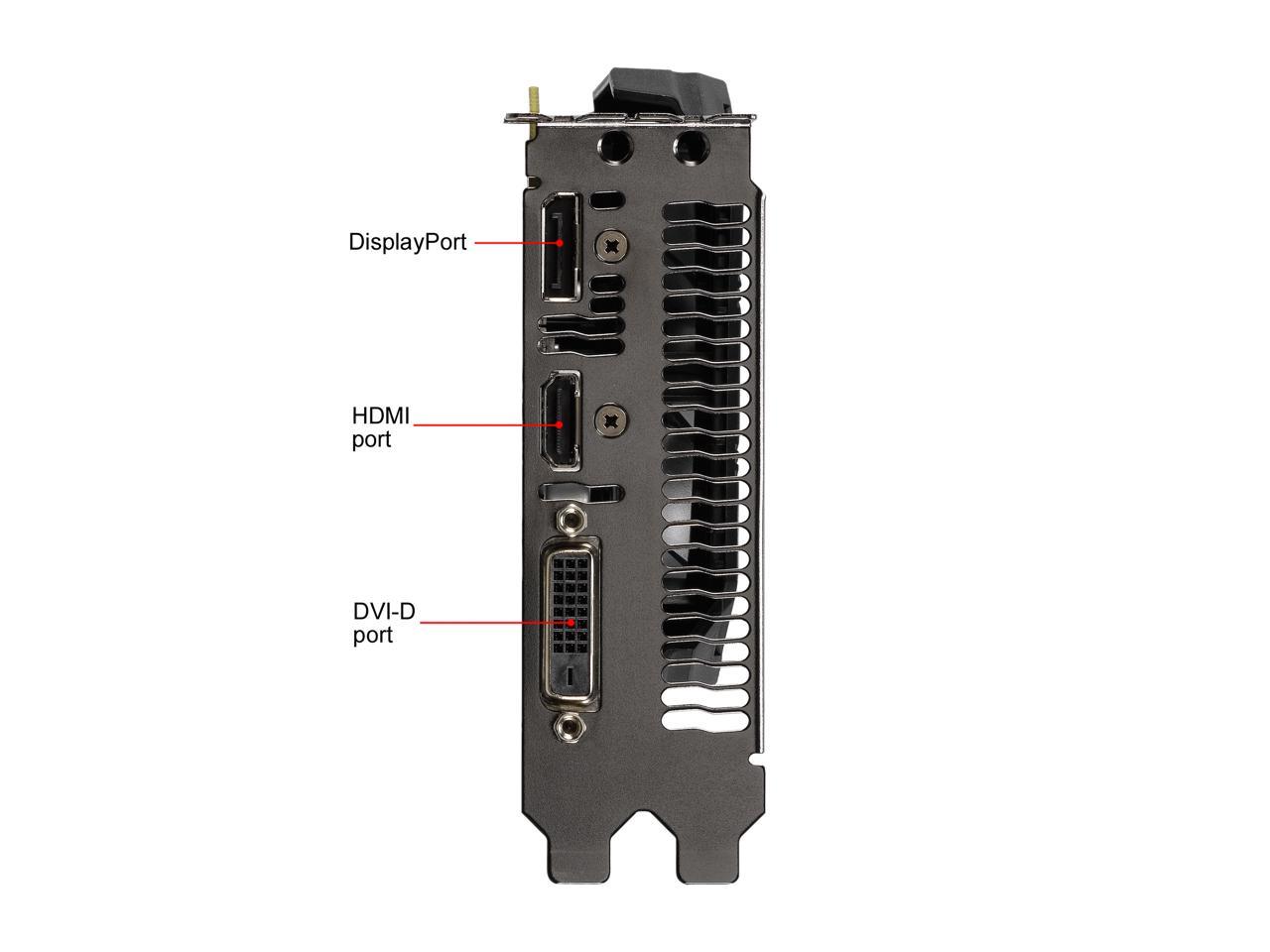 Learn more about the ASUS DUAL-GTX1650-O4G

Pros: I got this almost on a whim - an open box unit for about half price. I don't play the "latest" games, so it runs all my older games at full res/settings on a 65" TV. Latest game I have is Witcher 3 which is runs well at high settings.

Cons: The fans are a little annoying - even when playing really old DOS games like Wing Commander or simple games like Incredible machine the fans spin up and down at random times. The system is across the room next to the TV and even at that distance they're a little annoying. I'm sure it'd be worse if I was closer to the system.

Overall Review: If you don't mind the fans, it seems like great card. An improvement over the Geforce 1050 it replaced.

Overall Review: i would reccomend this to anyone who has a prebuilt with an empty pcie slot

Pros: * Relatively inexpensive * Quiet, depending on how you set the fans * Runs fairly cool * Powered solely by PCIe bus * Able to overclock a modest amount * Reliable

Cons: * Barely able or unable to maintain consistent 30+fps on high to ultra settings on many non-AAA titles * Not good for AAA titles

Overall Review: After building a gaming PC in the winter of 2021-2022, right when prices peaked, I needed something to hold me over. Integrated graphics sure weren't cutting it on my i9-11900k! These suddenly appeared for about $100 less than the average market price in mid January, so I quickly ordered a pair. One for my system and another for an old system my kids play games on. Using ASUS GPU Tweak 3, I was able to get memory up to 8350 MHz (8002 MHz default), and the GPU boost clock to 1897 MHz (1725 MHz default). Anything higher would reduce stability. This was enough to make a few percent difference in benchmarks. While this is not the best performing 1650, it's certainly not the worst. Given my expectations when I bought this, I don't have a lot of complaints about this card. This card has been an acceptable bridge to the point we are today. It will play titles like Fortnite and average around 40-50fps on high settings. This isn't optimal, but for the casual gamer, and those playing older titles it's perfectly fine at 1080p. I haven't tried it, but I don't think anyone would be happy with this card at 1440p. It might work for some games on low settings, but it probably wouldn't be a good experience. Since the market has stabilized, we can finally get a decent card for less than MSRP, depending on the card. I just purchased an RX 6650 XT to replace this card, but this card will end up in my wife's computer and hopefully live a long life.

Overall Review: Replaced a 960 FTW power consumption is about 40W higher but worth it for that NVENC

Overall Review: Newegg has been my go to for a long time thanks newegg

Overall Review: I plugged this into a prebuilt HP with just a 300 watt power supply. Fired right up, and the card normally hangs around 50-55 watts while gaming according to GPU Z. I used Device Manager on Windows 10 to automatically download and install the driver, and it installed the latest Nvidia software suite with no effort on my part, one click and it was done. Easiest GPU install I have ever done!

Pros: Runs pretty much anything at maximum graphic (minus texture if it takes a lot of VRAM but you expecting this from a 4G VRAM card nowdays No overclocking require Very quiet every nvidia gtx bonus work fine and help a lot Very Constant (again for a 4g vram card) Delivers awesom visual graphic without glitches (test on RE2 and DMC5)

Overall Review: Not very demanding on power supply (depending on graphic level) running a custom resolution of 1360x768 So I really recommand having a g-sync monitor ready for it it should give it an awesome boost (I got a 32 inch tv)