Purchases from these Sellers are generally covered under our Newegg Marketplace Guarantee.
Sold and shipped by: IPC Store
Ships from United States.
Price Alert
Add To Wish List 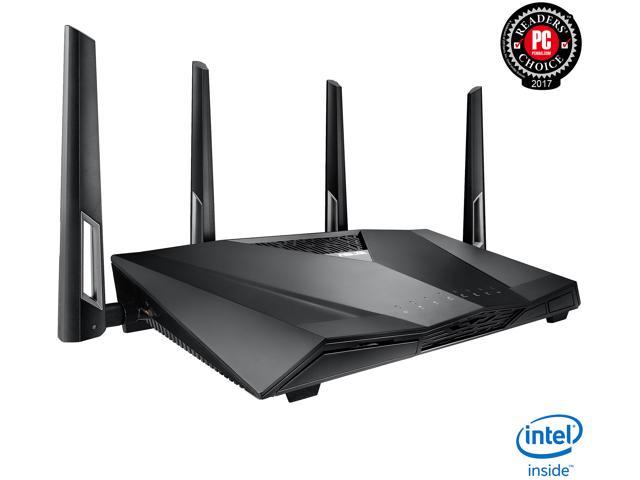 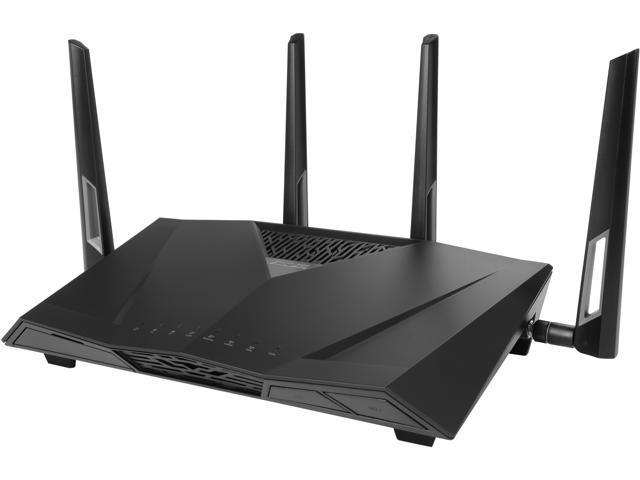 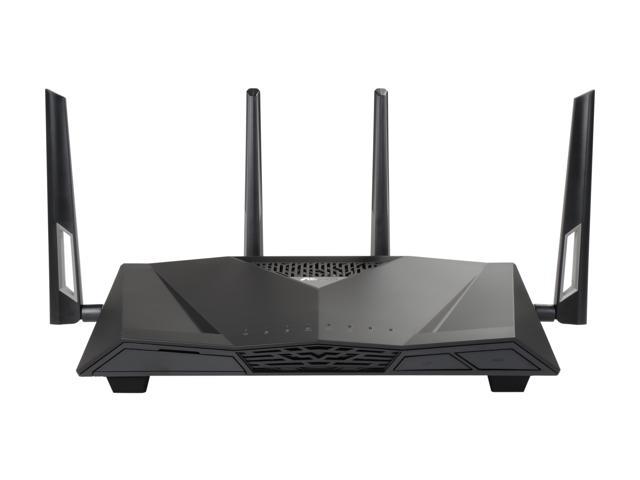 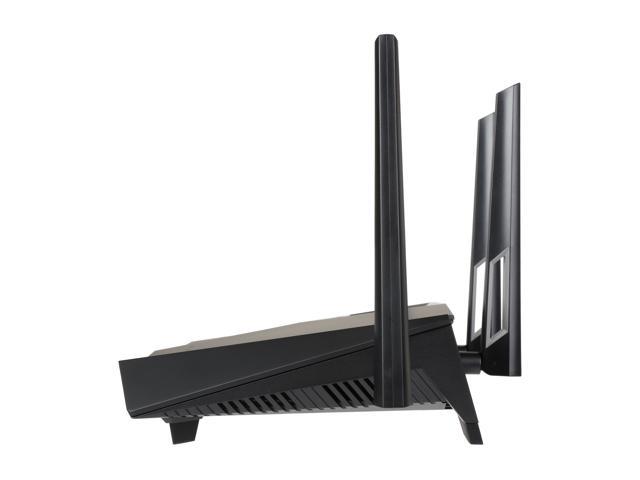 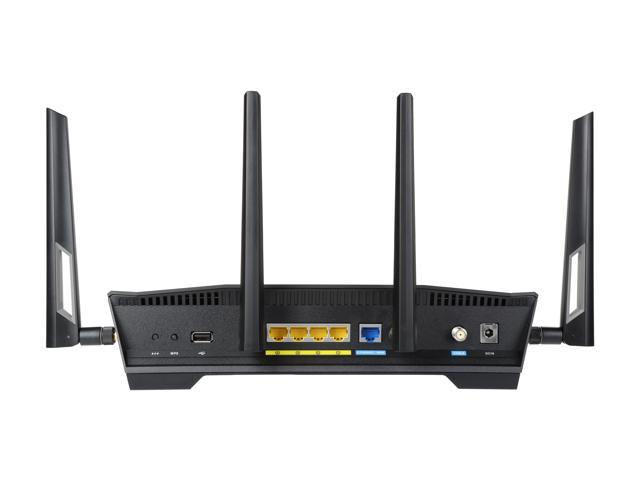 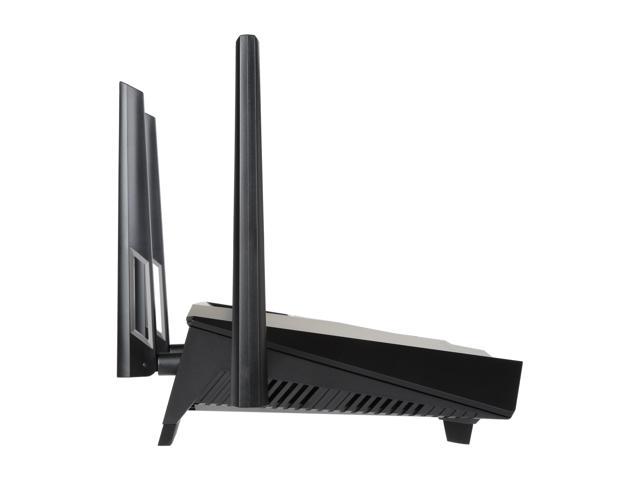 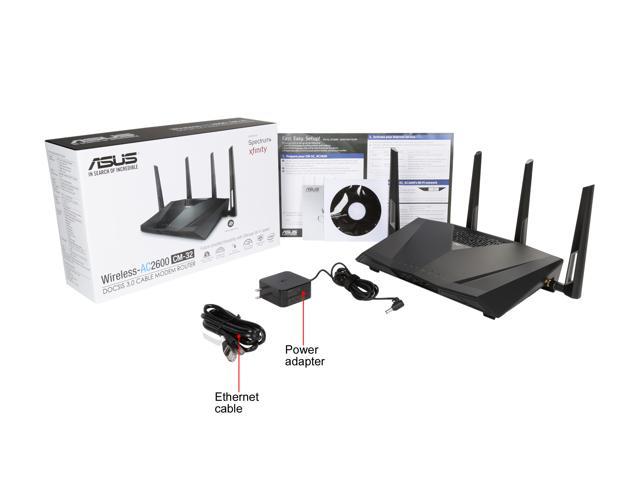 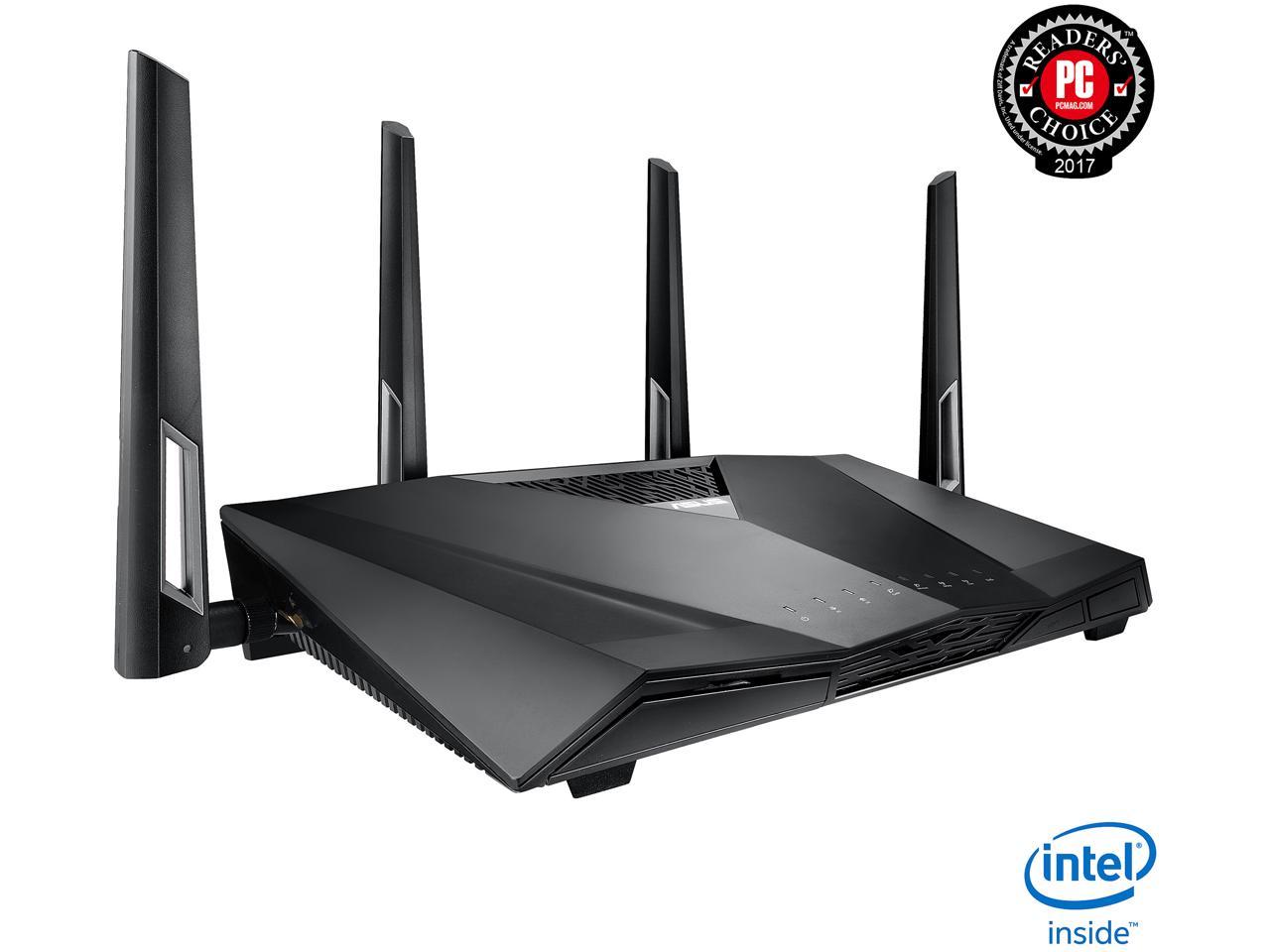 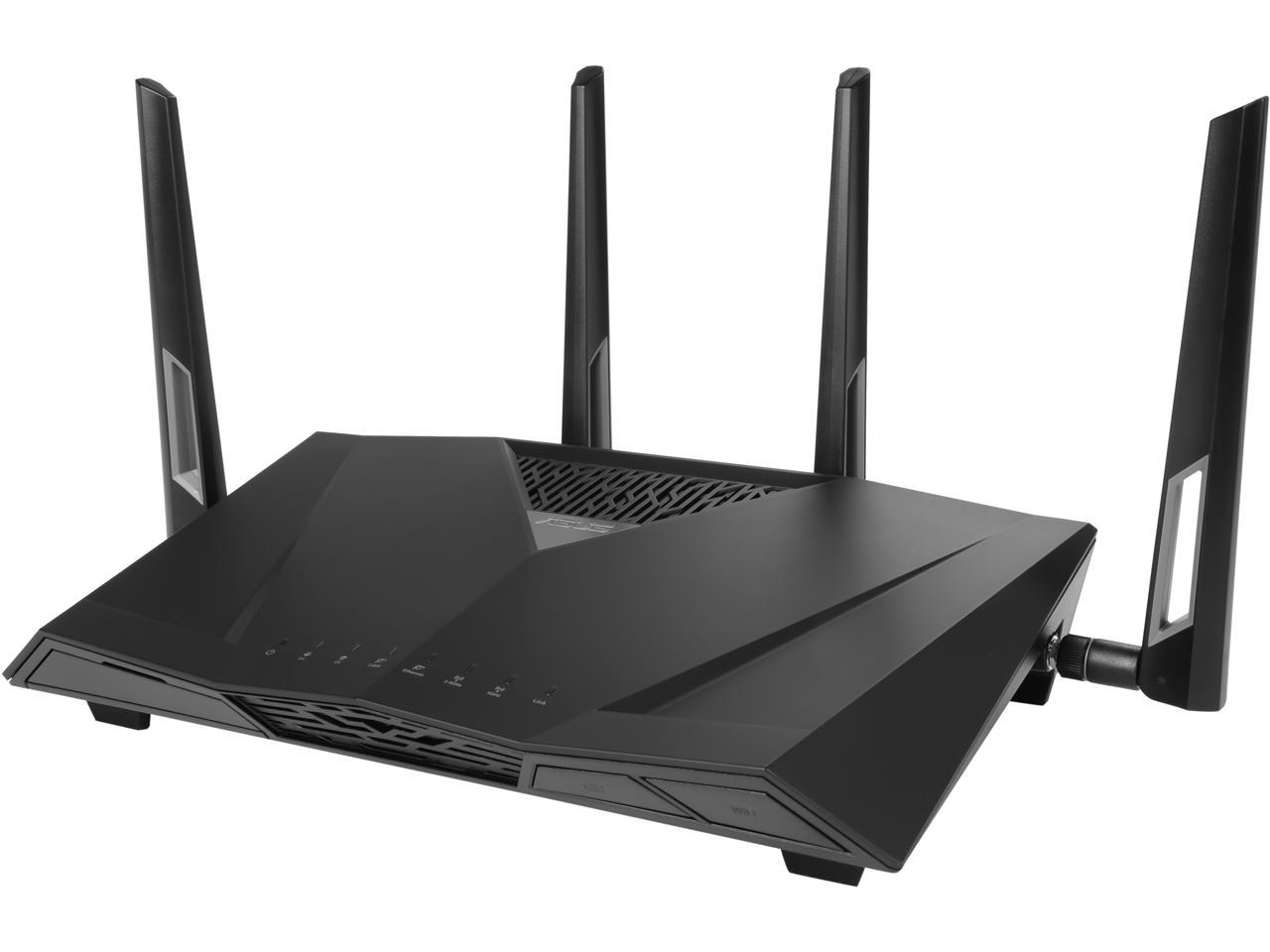 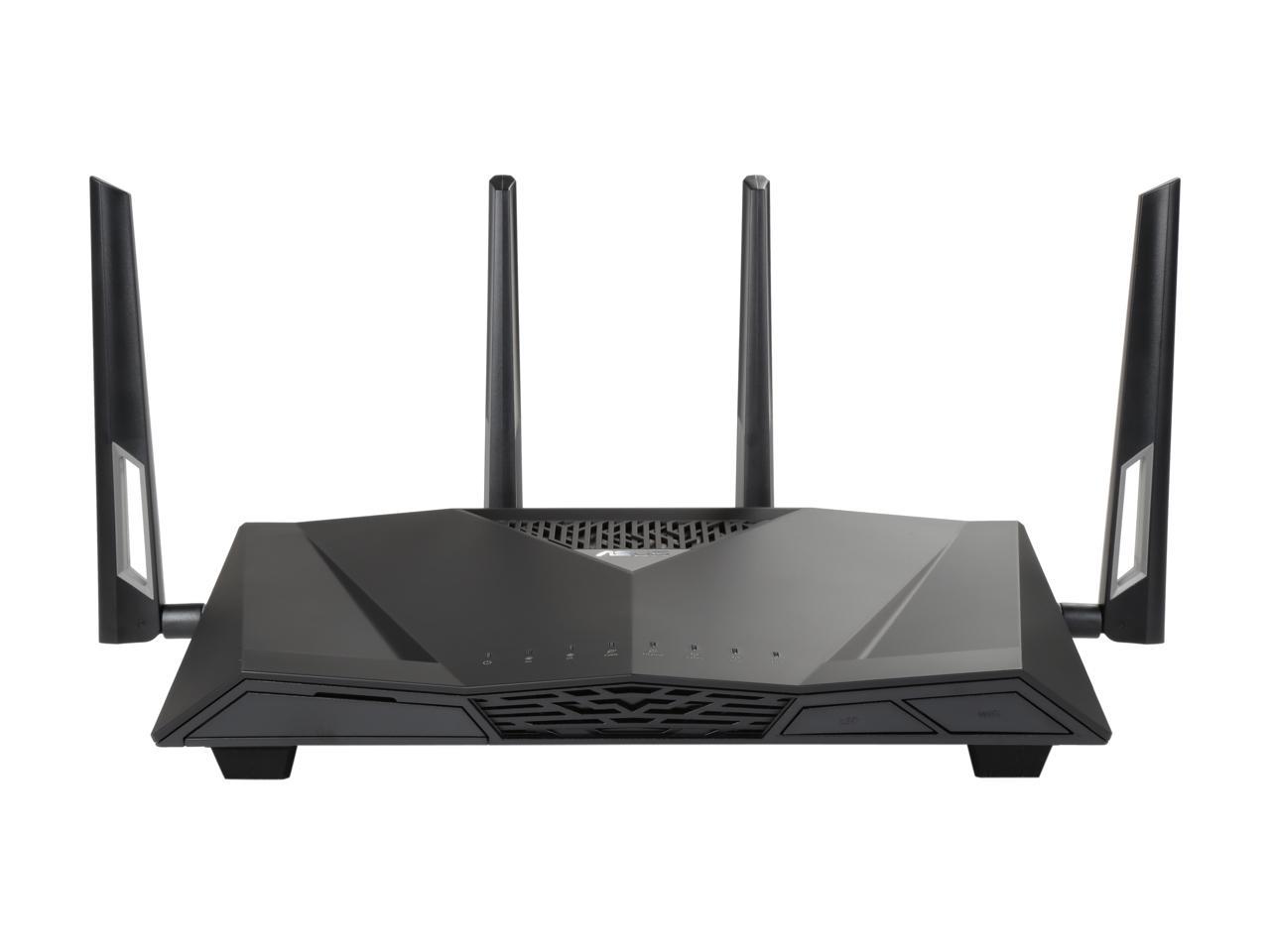 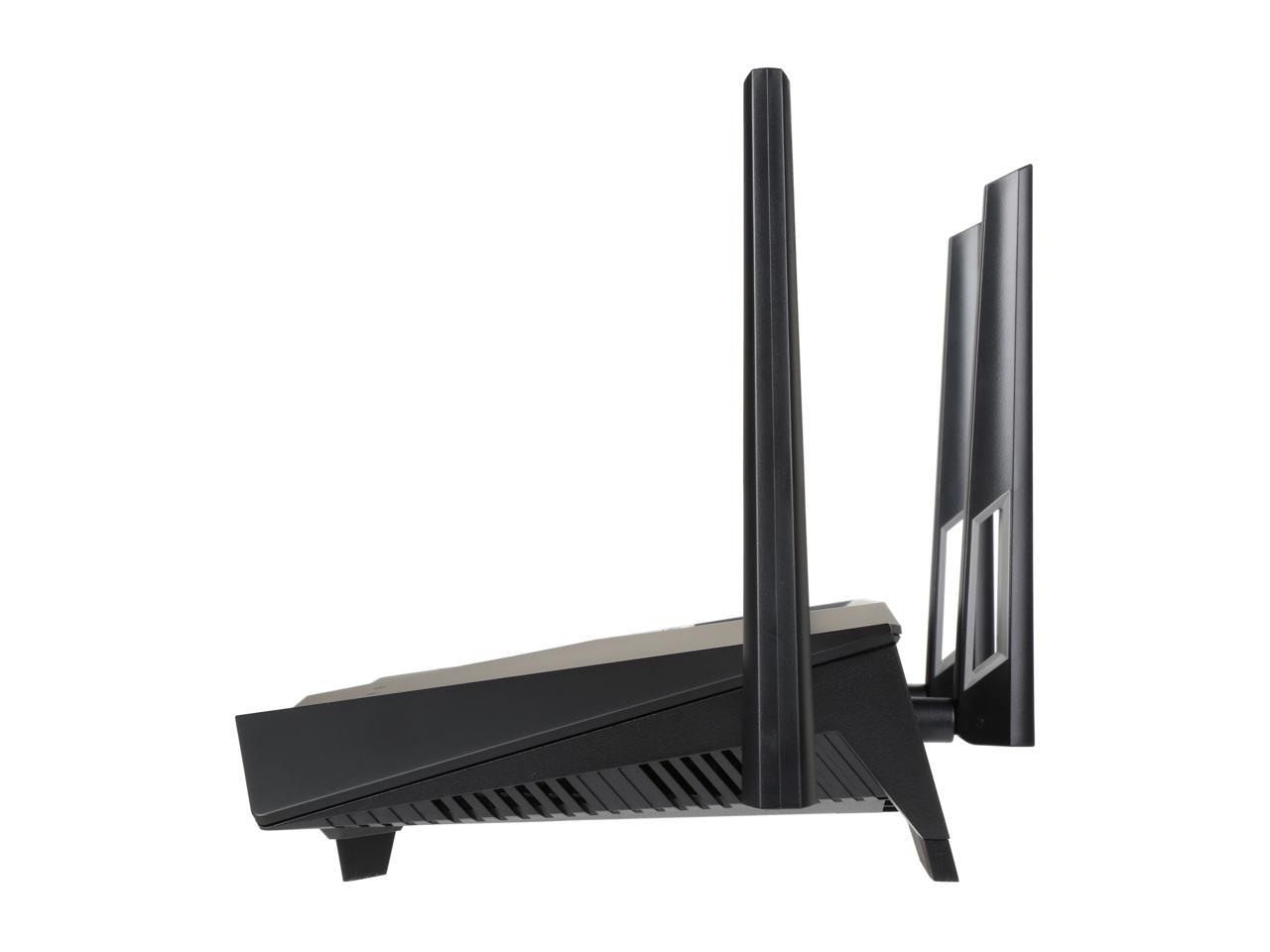 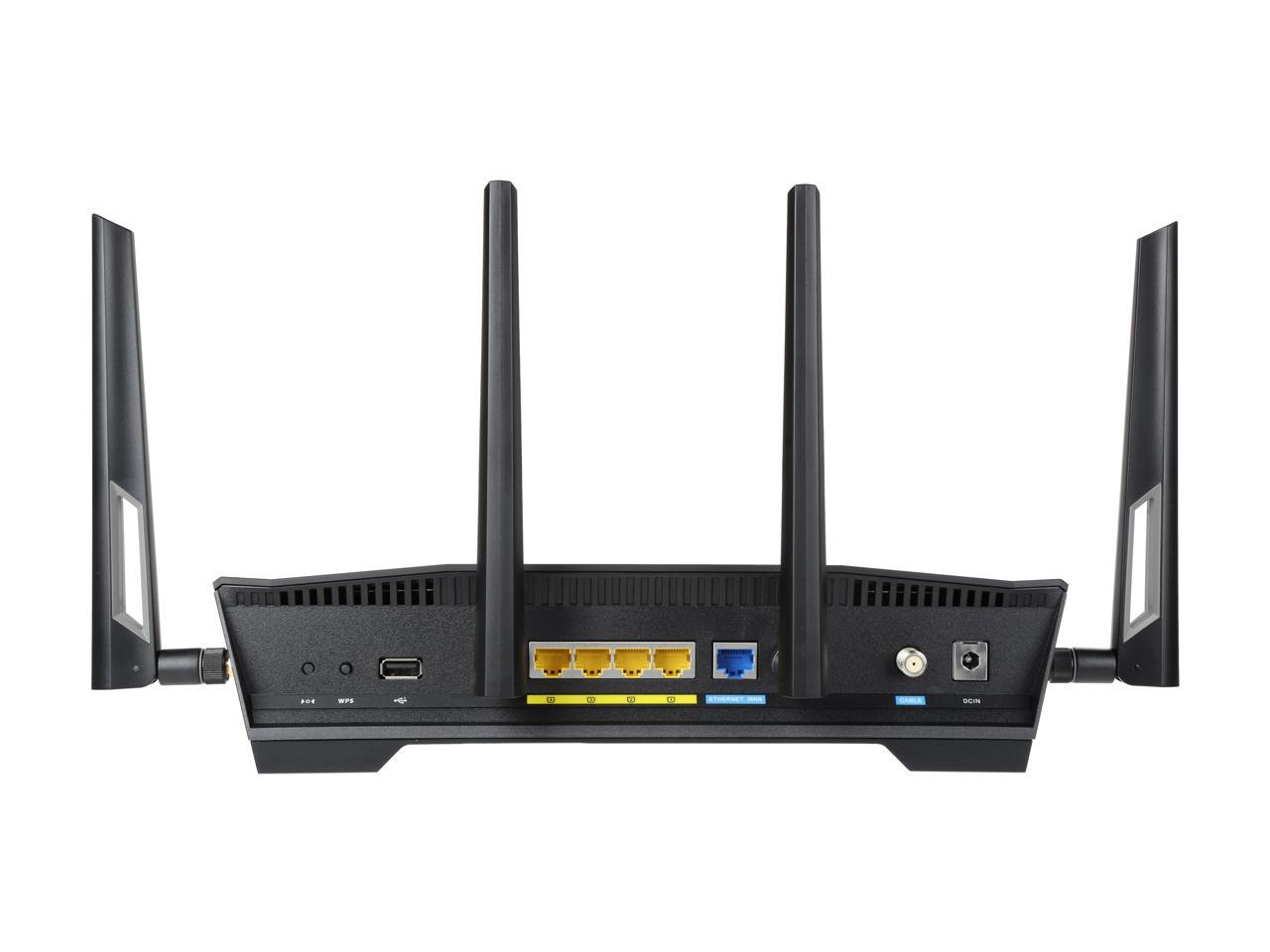 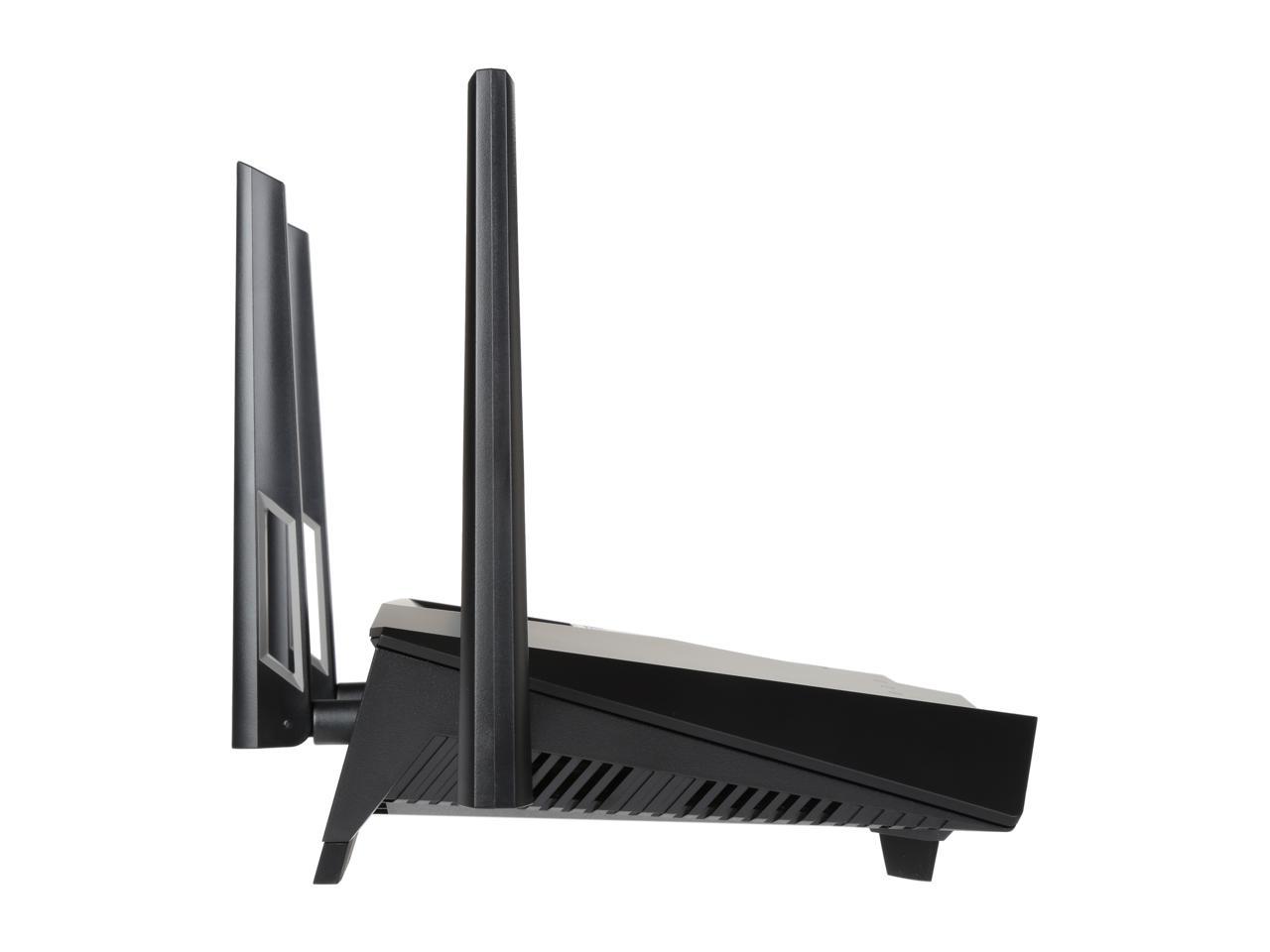 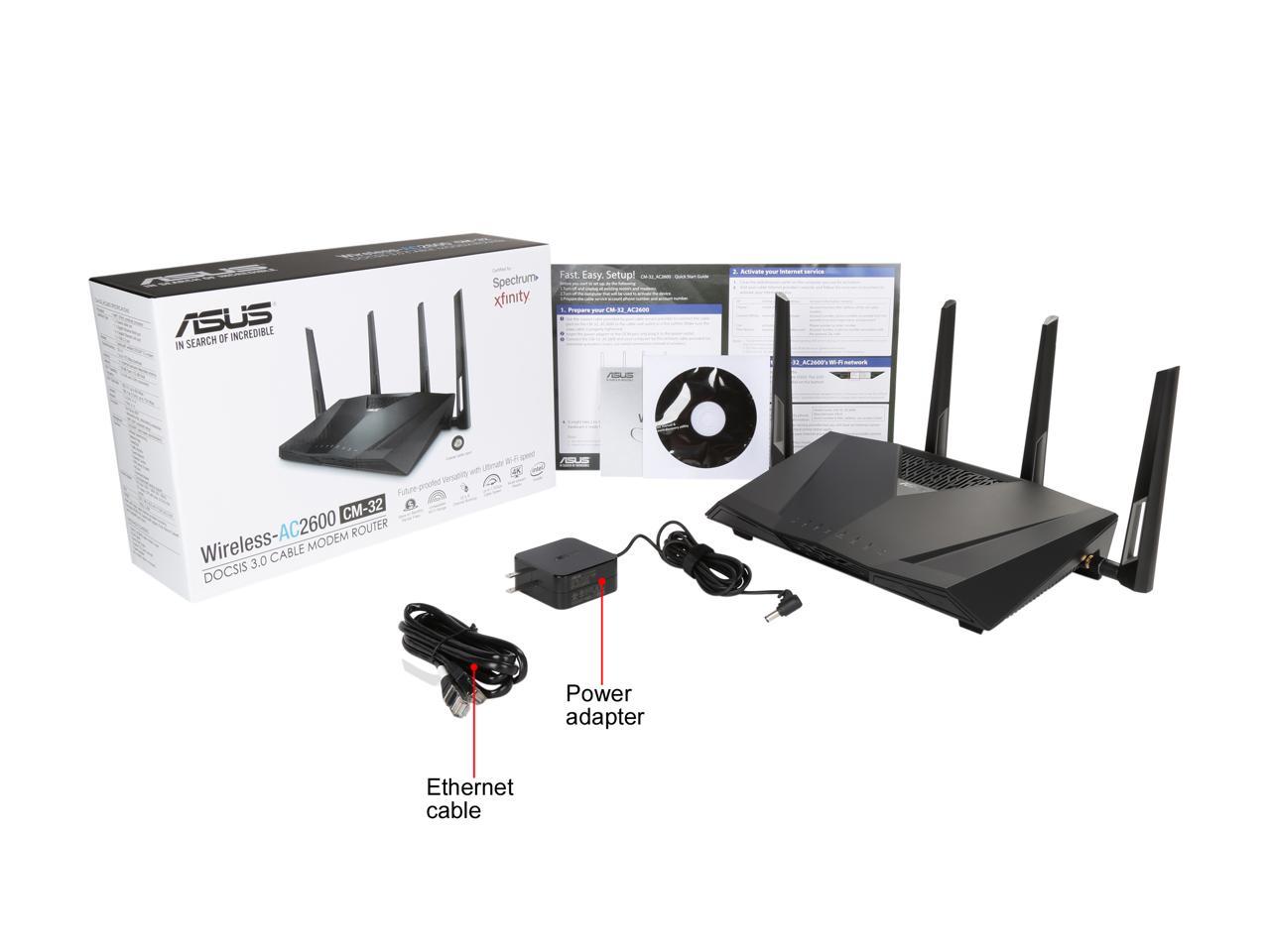 Learn more about the ASUS CM-32

Pros: For years, my biggest complaint about routers and modems was the barely functional UI's they have. Finally that is starting to change. The UI is modern and elaborate, allows control of many settings, provides a lot of information about the network and devices connected to it. There is even some aesthetic bells and whistles, such as being able to customize the icons of connected devices. A few of the icons are a ROG icon, several smart phone/gaming system/computer/printer icons.

Cons: I wall-mount all of my network devices and this modem does have mounting holes, but the ASUS logo is facing the front of the router so when I mounted this with the logo right side up (front down), the cables are coming out of the top and then have to be routed down behind the device and I don't like it. With other devices, I've always mounted them so the cables hang down out of the bottom.

Overall Review: I bought this to manage my DOCSIS 3.0 XFinity cable internet connection.

Pros: -Fast when it works -Lot of Services

Cons: -Build Quality Questionable -Support Unhelpful -Warranty Worthless. Requires buying a replacement in order to maintain internet access, as you need to send it back to determine if it can be replaced under warranty

Overall Review: Great product when it works, useless brick otherwise with poor support. Will not buy ASUS again. **Edit** After checking back through some old reviews, it appears my issue was similar to others in that the Wifi would shut-off at the router (ie lights off, system settings still claimed radio was enabled, and wifi button would not turn it back on). In each situation a full reset is necessary to return to wifi use. I had chalked up most of the complaints due to network compatibility in my initial purchase decision but that does not appear to be the issue here. Also, it&#39;s not local interference as the wifi is completely off at the router, and not slow or spotty signal.

Pros: This device appears incredibly complicated, if all the settings available from the GUI are any indication ... you'll need to have a four-year degree in engineering to know how to set everything up.

Cons: This worked fine until around nine months in, around the time I upgraded W10 and all the driver settings on my tiny home network (PC + laptop). Now real-time streaming interrupts, interrupts and interrupts ... it took me more than a month to narrow the problem down to the router functionality (signal disruptions happen on both machines, Ethernet and wireless, but not with my laptop operating over other wireless connections). This problem is worst than you might think: Any network paths that become disrupted will result in having to restart and re-establish the paths -- this has been driving me absolutely NUTS. The problem I'm experiencing includes signal disruptions involving streaming media from .mp4 and .WMF files streamed across the network (PC to laptop) and file paths that are disrupted -- for example, paths to .psc files (again, PC to laptop) that, when disrupted, I have to reboot Outlook multiple, times each time the signal is disrupted, to re-establish the network paths. Because I do not have the issue when I use my laptop on other wireless connections (in motels), and because I have the same signal disruption issues on my PC as well as my laptop, and because I've had Spectrum cable at my house TWICE to check and adjust the signal ... I've confirmed the problem is surely the cable modem router, and (I think) likely the router functionality (since the device has been tested by my ISP several times). The worse problem, though, is the technical support. You'll get a lot of emails and instructions to send logs and settings stuff in, and people telling you to change settings that make no sense and don't fix the problem. EVERYONE you'll be dealing with will seem to be struggling with basic English ... even the form I was sent to fill out was created by some sort of Taiwanese version of MS Word. This problem has been going on two months and I'm still waiting for someone to actually show they understand how this product works and how to fix the device.

Overall Review: My advice: Don't buy this product and stick with a known networking brand -- and check to make sure whatever cable modem / router you buy comes with quality technical support beforehand. At least with its networking productions, Asus technical support is "a lot of sound and fury ... signifying nothing."

6 out of 7 people found this review helpful. Did you?
Manufacturer Response:
Dear Julie M., I am terribly sorry to hear about the issue that you have encountered with the CM-32 as well as with our technical support. We aim at providing our customers with the best products and services and what you have endured is not the type of experience that we want our customers to have. I would like to assist you personally with resolving this issue. Please provide me with the case number for your interaction with our support so that I take a further look into your case and what has been done, and offer further options. You can email us at customerloyalty@asus.com and use the link to this review as a reference. Please have a wonderful day. Thank you for choosing ASUS. Best regards, Abigail. ASUS Customer Loyalty.
Anonymous
Ownership: 1 week to 1 month
Verified Owner
great cable modem6/7/2017 2:46:12 PM

Pros: ASUS is a good name

Cons: Slow connections Constant disconnections Every hour have to do resets of network Incompatible with XFINITY Never had a more unreliable router

7 out of 9 people found this review helpful. Did you?
Manufacturer Response:
Dear Adam, Thank you for reaching out to us with your feedback on this model. We're sorry to hear about the issue you're having with this model. Please allow us to make your experience with ASUS a better one. Based on the issue you described, it seems as if something is is interfering with the wifi signal. We would recommend that you follow the steps in the FAQ below: https://www.asus.com/us/support/FAQ/1030608/ and https://www.asus.com/support/FAQ/1030641/. If the issue still persist, please feel free to reach out to us by email: customerloyalty@asus.com. Please use a link to this review as reference. Have an extraordinary day. Thank you for choosing ASUS. Best Regards, Joan ASUS Customer Loyalty US Support
John M.
Ownership: 1 month to 1 year
Verified Owner
it was a nightmare2/20/2019 5:29:40 PM

Pros: got it all out hooked up call so I call spectrum to get it activated well 4 techs later they said the modem was bad so I was going to RMA it but I said Im going to hook it back up an call the night shift techs...in 15 minutes the modem was running very smooth and fast not a hiccup yet I'm very pleased with the modem

Cons: the modem is on spectrum support list and they couldn't get it working...glad the hackers work 3rd shift thats were all the good techs are

Overall Review: this modem is fast and have no issues with the Intel puma problem it runs above expectation

Cons: Constantly disconnects and reconnects all the time! And yes I have Xfinity/Comcast! It sucks! No "firmware update" available either!

Overall Review: My Asus laptop is a gem.... thought their other products would be also! Wrong!