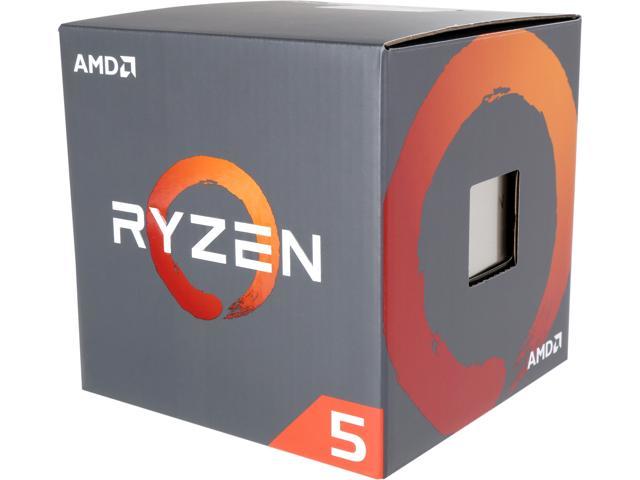 Cons: Stock cooler is just ok ...but free. Not really a con

Overall Review: We play BF1 just about every night and his looks just a bit smoother than mine. He has a 60hz monitor and i have 144 hz. I bet i could have bought a lower version of this processor and it would have worked just as well for him. Save some cash. This is definitely a better value in my opinion. I would take some of that extra money and get a slightly better motherboard...or the next level up on on a graphics card would be nice too.

Pros: It's priced great, It runs fast,Does everything I need it to and does it well. What more can you ask for? The Gaming seems fine to me. Smoother is what it feels like. Better Frame rates Not as many lower dips. No big swings. I think this chip is the sweet spot. No overclocking yet. Waiting for my Noctua NH-U12S SE.

Cons: A Rushed launch. I believe is on the motherboard MFG. No one believed AMD was gonna pull it off!

Overall Review: I would like to thank AMD for creating something not just for the $$. This really helps people that can't afford insane prices from the other guys. I'm AMD all the way now.

Pros: 6 core, 12 threads, it overclocks right out of the box. The stock cooler is quiet and seems to work well. B350 motherboards are pretty inexpensive.

Cons: The whole ecosystem is new, so whatever motherboard you get, you'll want to update the bios.

Overall Review: You can build a killer system at a price that won't kill you :-)

Cons: -None so far

Overall Review: -Game changer, I'm glad I waited a few months for this CPU to come out, I almost went for a G4560 due to $$$ but the cores per performance was too good to pass on.

Overall Review: Though everyone seems to talk about the Ryzen 5 1600X, I think there is much to be said for the 1500X. 4 cores(8 logical) and a range of 3.5 to 3.7ghz, for the person not looking to drop a fortune on an awesome PC, this is your processor. Thrilled to death with the performance and have yet to run across anything that trips it up.

Cons: -Not a lot of OC room. :/ Though I knew that going into my purchase.

Pros: I was running an intel 4820k and I had to overclock it to 4.5ghz to get smooth frames. That was alright, but it was a very high TDP of around 160watts almost constantly. I get this bad boy, and it is beating my overclocked 4820k at it's stock clocks. It was amazing to see that the TDP is also less than half of what I was typically getting too. Six cores and a little bit of wiggle room for overclocking too. I usually have mine at 3.8 ghz, but I can set it to 4 ghz, it just has a really high Vcore of around 1.45 volts.

Cons: Only that the Vcore is pretty freaking high once I overclock past 3.8ghz, but it is still kicking trash and taking names at 3.8.

Overall Review: Six cores is the sweet spot right now. If you are a gamer, most games cannot utilize more than four cores, and when they do start utilizing more you will be set. 8 core isn't a bad way to go either, but that is the price you will pay but I look at it like this, six cores will last me an easy 4 to 8 years, and an 8 core would last maybe another two, but by that time I will just upgrade to a cheap 40 core processor, because it's the future now. This is dirt cheap for performance similar to intel Skylake series (I know intel still beats these, but it is close). Less cost, almost same performance, yeah just take my money already.

15 out of 15 people found this review helpful. Did you?