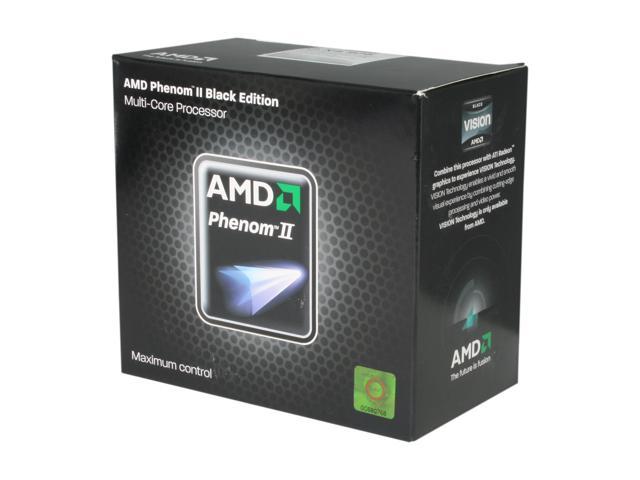 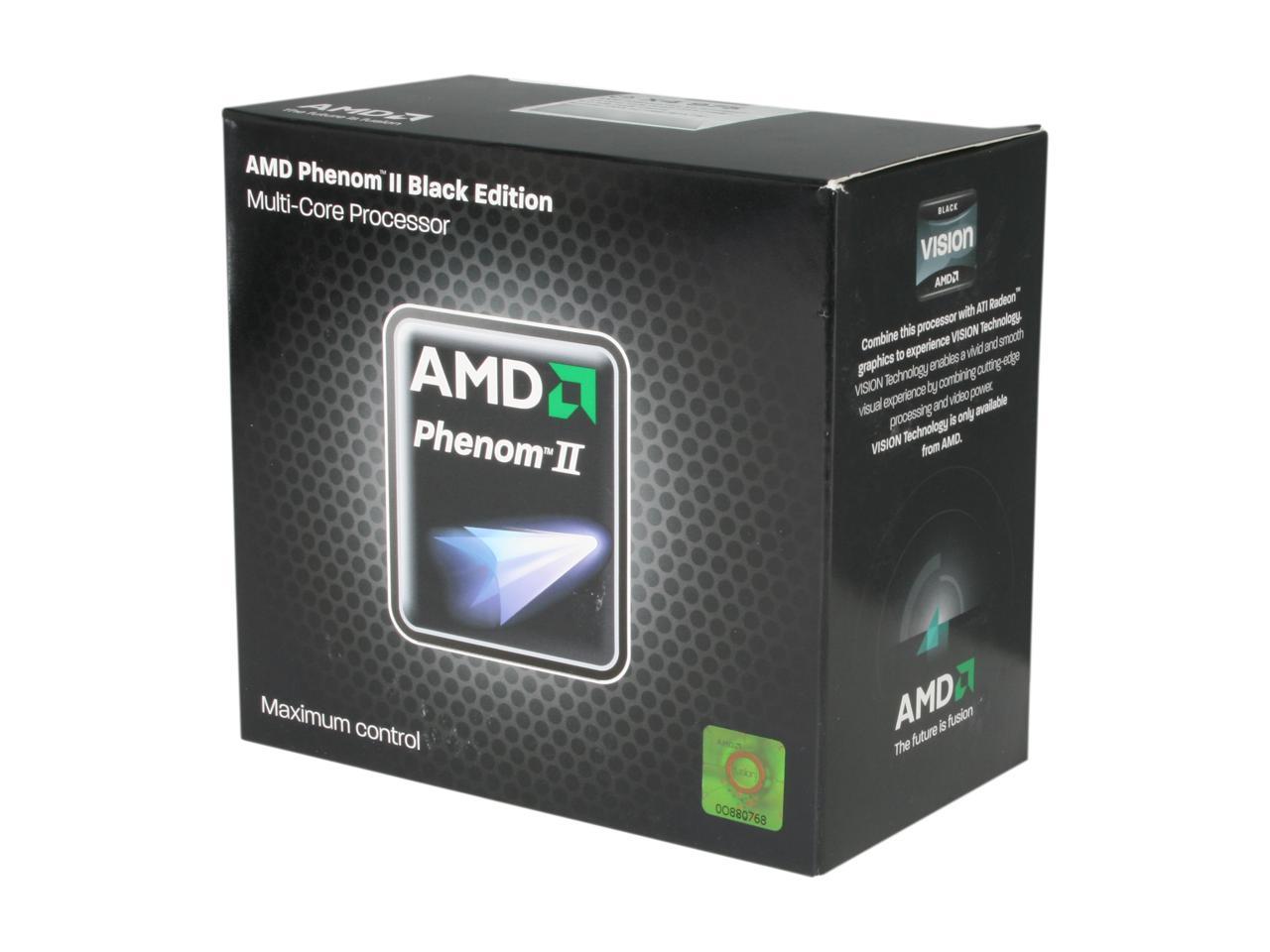 (145) Write a Review
OUT OF STOCK.
Fees for brokerage and duty included in price.
Overview
Specs
Reviews
Enjoy unbeatable multi-core value and the ultimate high definition entertainment with the AMD Phenom II X4 975 Black Edition. Save time and accomplish more with true multi-core processing that makes multitasking quick and simple. AMD64 with Direct Connect Architecture and 45nm technology has created a tuned processing pipeline that helps keep your system performing at the highest levels. HyperTransport technology provides up to 16.0GB/s bandwidth to reduce system bottlenecks and AMD Balanced Smart Cache ensures quick access times to highly used data.
Energy efficiency is important to AMD, allowing you to enjoy a cool, quiet PC while saving energy and reducing heat, noise and the effect of your computer on the environment. Energy efficiency innovations include Cool’n’Quiet and AMD CoolCore, which reduce power consumption by balancing the processor activity, letting you enjoy environmentally friendly, energy-efficient performance.
AMD Phenom II processors also offer support for Virtualization Technology. You can run virtual environments on one system with ease, allowing you to use legacy programs on a separate operating system. Add the convenience and power of multi-core processing and enjoy the benefits of energy efficiency with an AMD Athlon II X4 975 Black Edition today!

Pros: Easily overclocked to 4.2 GHZ stable on air. I'm quite sure you could probably get to 4.5 or better water cooled. I got a clean post at 4.3, just couldn't keep it stable. The 6 core may be a better cpu overall but if your a gamer this is the way to go since there are no current advantages in gaming for 6 cores and it's easier to push this CPU to higher speeds.

Cons: You may be able to produce similiar or very close clock speeds on the x4 970.

Overall Review: This is the best thing for gaming AMD has to offer at least until the Bulldozer hits and all we can do is speculate on that until we see some reviews.

Pros: Clocked at 4.26 GHz stable with a $25 Loki cooler!! (x21 multiplier, 203 bus, 2232.9 HT Link @ 1.488 core volt) Reached 2.495 w/o crash, but temps made me uncomfortable. 38C idle, 62C full load with PRIME95 for 6 hours, but in game it doesn't come close to this. I did some homework and decided to save a couple hundred over Sandy Bridge as performance gains in gaming is nearly non existent. You should do the same, the money you save will get you the GPU of your choice(which is what counts).

Cons: Doesn't overclock as good as other BE procs, but the sky is the limit depending on your cooling solution. Will not give you a P-Score to brag about, but I spend too much time in BF3 and Skyrim to care.

Cons: none, and none

Pros: My customer wanted AMD's fastest Quad Core so I picked up the 975. I've used the 970 and 965 many times and this is pretty much the same CPU, just clocked a bit higher. He was very happy with it. Runs all games like a charm, just like the other Phenom II's.

Cons: Stock heatsink isn't so good for overclocking, but it works fine if you're keeping to stock speeds.

Overall Review: We put a Coolermaster V8 on this puppy and OC'ed to 4.0Ghz using the multiplier. Stable as ever right off the line. Didn't even have to bump the voltage. With a voltage bump I'm sure it could do 4.2Ghz or better.