Shop Confidently with 30-Day Hassle-Free Returns
OUT OF STOCK
Sold by: Newegg
Shipped by Newegg
This item is currently out of stock and it may or may not be restocked.
Out of Stock
Add To ListFound on 3 wish lists 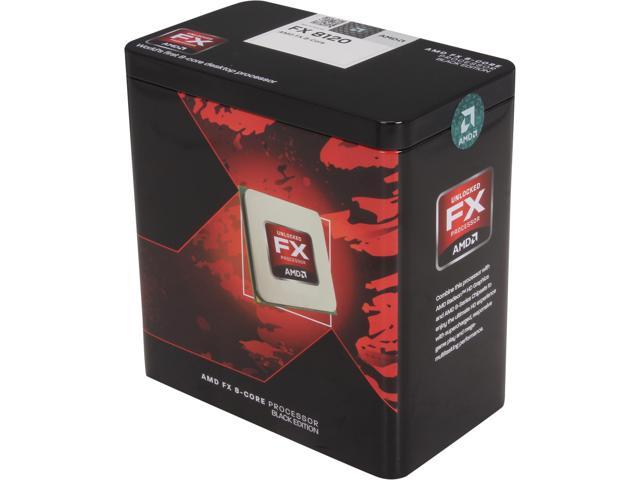 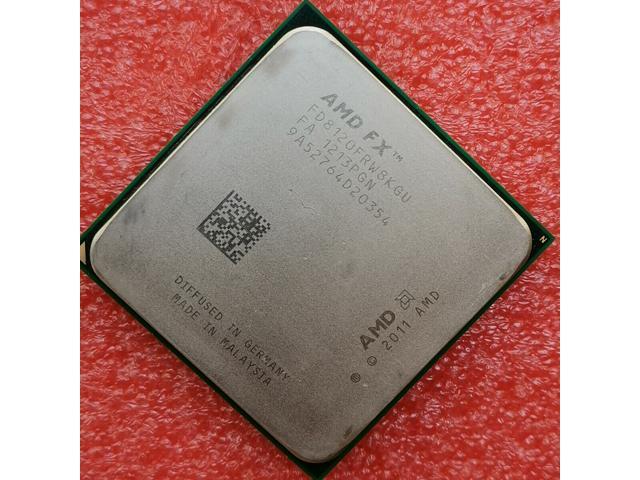 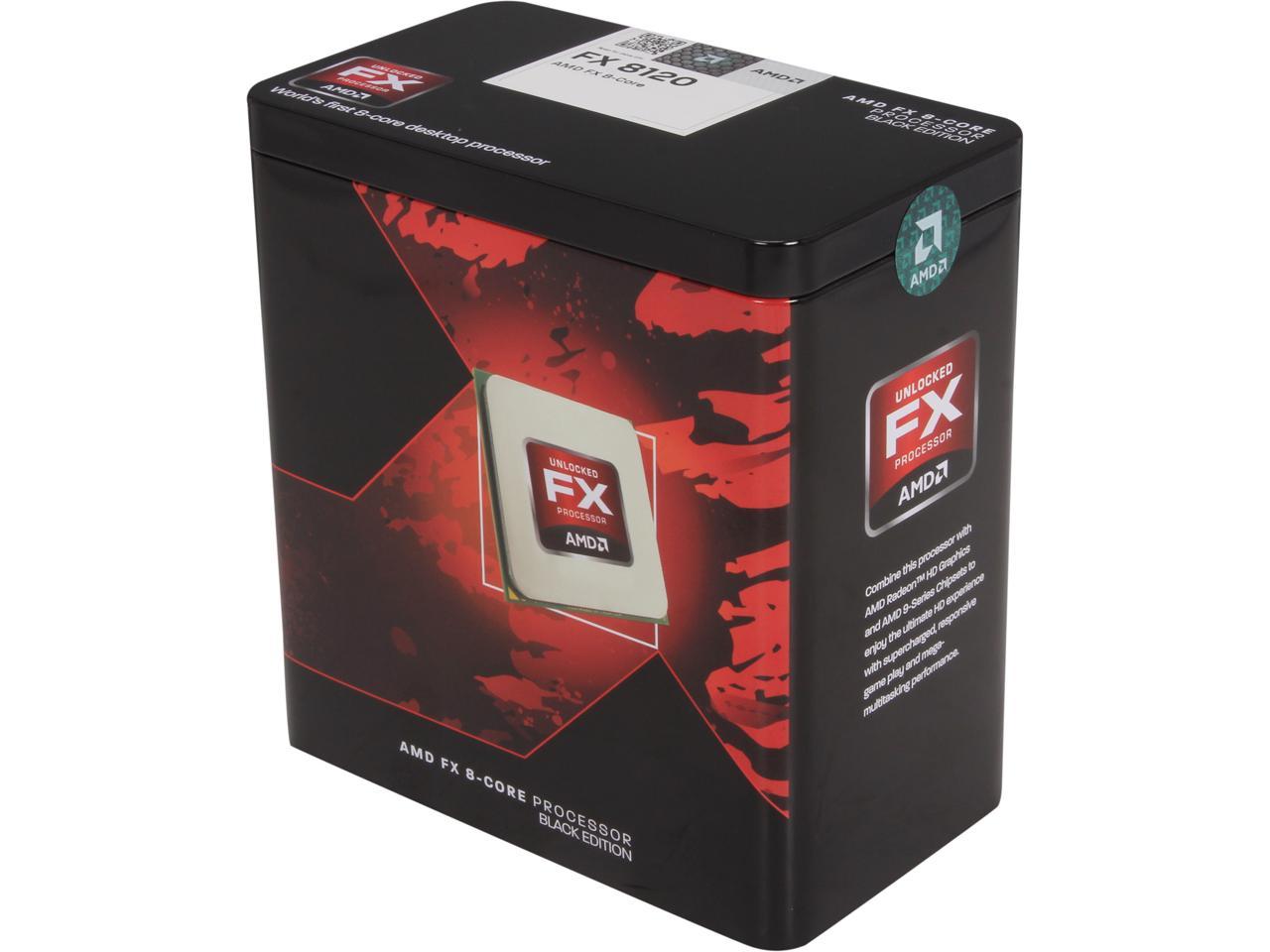 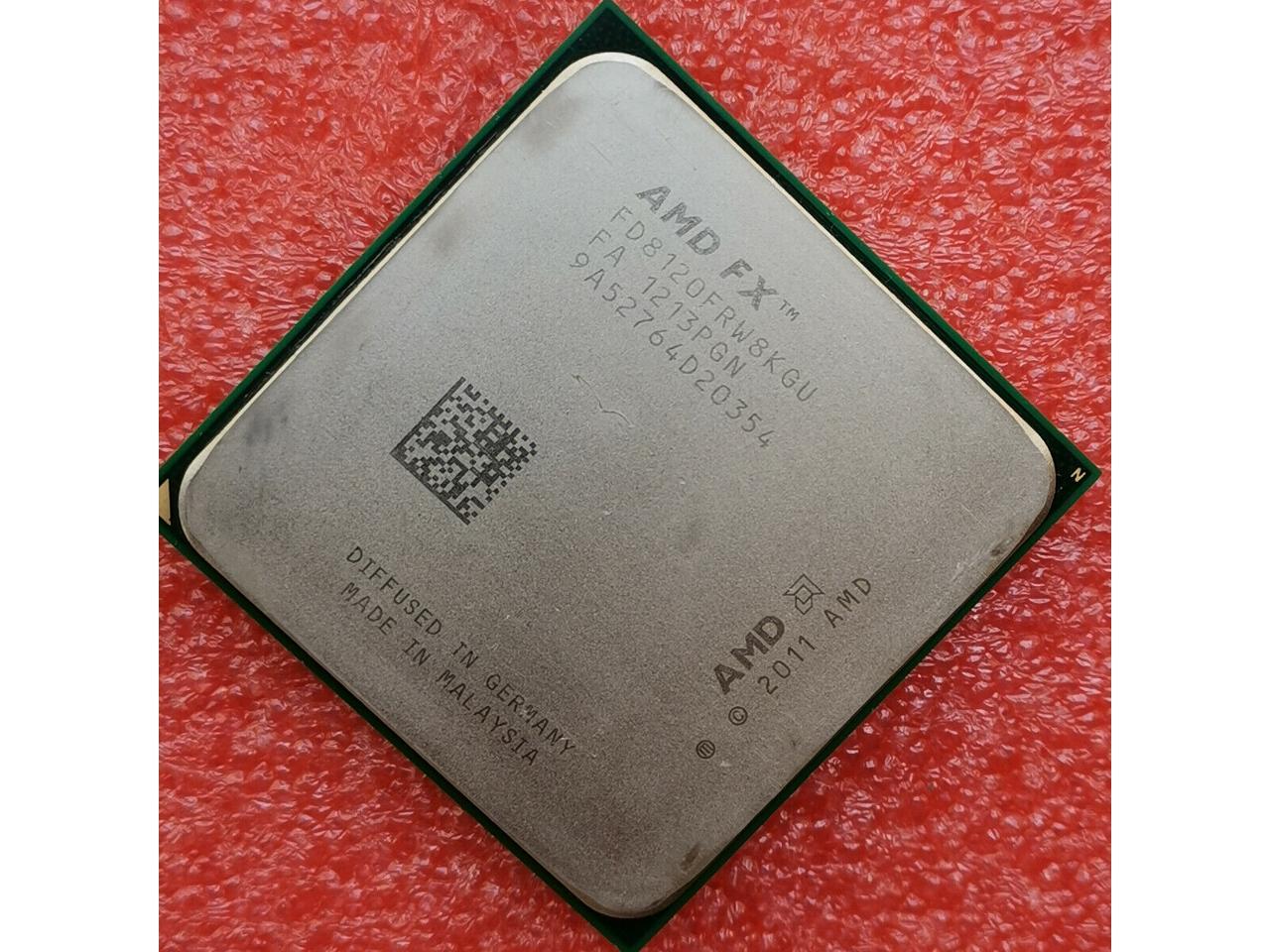 (876) Write a Review
OUT OF STOCK.
Fees for brokerage and duty included in price.
Overview
Specs
Reviews
Unlock and load. Blow away the competition with the unrestrained power of an AMD FX processor. Experience unmatched multitasking and pure core performance with the industry’s first 32nm 8-core desktop processor. Get the speed you crave with AMD Turbo CORE Technology to push your core frequencies to the limit when you need it most. Go beyond the limits of maximum speed with easy-to-use AMD OverDrive and AMD Catalyst Control Center software suites*. But the best part of all? You’ll get all this impressive performance at an unbelievable price. You’ll be asking yourself “what competition?” in no time.
Combine an AMD FX CPU with an AMD 9-series chipset motherboard and AMD Radeon HD 6000 series graphics cards to create the AMD “Scorpius” platform. Get lost in the action with ultra-responsive gameplay and insanely lifelike HD powered by VISION FX Technology from AMD. Overtake your rivals with the raw power and superior performance of an unlocked CPU*. Immerse yourself in an accelerated HD experience with AMD Radeon GPU and Microsoft DirectX 11 capable graphics. *Note: AMD’s product warranty does not cover damage caused by overclocking (even when overclocking is enabled via AMD Overdrive software).

Pros: Great Price...the other chip maker should consider the same. The more I use my computer the faster it seems to respond. No issues what so ever with installation, use, or performance. AMD is in stride to become number one again.

Cons: None so far for me...AMD pricing may be a negative for them. With the price of the other chip maker's 6 core processor being just over $1,000.00 and AMD presenting its 8 cores starting at $199.00, those that do not know the quality of AMD's processor may wonder why so cheap, what is wrong with their chips. The answer is nothing is wrong, they just have realistic pricing.

Overall Review: When comparing price of this processor and the other chip maker processor this one is affordable to all that wish to have greater processing power at their fingertips if they desire to use it. AMD has always been in my opinion a consumer minded chip maker (affordability). Their share in the chip maker market should improve with their affordable chips...I hope they continue to keep the typical consumer in mind with their pricing...why pay nearly $1,200.00 for a CPU that has 6 cores when you can get one with 8 for less than $200.00. Continue the great work AMD.

Pros: This packaged with a good mobo and a ssd will have win 7 ultimate booting to the desktop in 13 seconds fasted computer ive ever used also overclocked to 3.8 ghz with stock cooler

Carlos A.
Ownership: less than 1 day

Overall Review: This is not a review. This is a word of advise for those reviews that do NOT show actual ownership of these items. I am sick and tired of people bashing something without proof of ownership. For all we know you are some random fanboy or a competitor. You are ruining the Newegg review system with your slandering. Potential owners take not: Look on the left hand side of the review and if it does not actually show ownership of the item the you might as well scratch that review. As mine would tell you I don't personally own this CPU so there is nothing I could actually say about it. I am just so sick of people giving their 2 cents on something they don't actually own. You know who you are.

Pros: When it did work, I did see an improvement at stock when compared to my 1090t at stock. Gaming just felt smoother. Also, thanks to Turbo-Core this usually sits at around 3.4Ghz as opposed to 3.1Ghz it's advertised as, which is VERY impressive, unlike the 1090t that would only turbo up from the 3.2Ghz to 3.6Ghz when an app used 2 or 3 cores. Being a failed chip didn't effect my machine as badly as other processors that ended up being failed chips.

Cons: Errors all over Windows. It kept going between using Aero and then the gross basic version of windows 7. Stressed tested it using AMD OverDrive at stock speeds and the program would crash out and close. Then tried OCCT to stress test and after 3 minutes it would fail at Core 0 and Core 3.

Overall Review: This concerns me as the 8120's are chips that didn't have what it takes to be the 8150. So if AMD is indeed using failed chips as 8150's I believe their overclockability should be in question. I got a chip that can't be used at the stock speeds, so I would imagine that AMD would likely mark this as an 8100 or 6100, but if 3.1Ghz stable is not possible on this chip, I would imagine that going any higher on other chips would also be subject to limitations. I will review this again when I get my RMA back and see if it's stable at stock then OC it to see if I can at least get 4.6Ghz out of it. I hope it's just a bad overall chip and that AMD is not just Hocking the unoverclockable chips into the 8120 pile while putting the ones that can overclock in the 8150 pile. This would help explain the disparity in price between the two.

Pros: I am so happy I went with this rather then intel. My fx8120 system boots faster than my friends i5 setup (specs are very similar otherwise) and I cant tell a difference under normal operation or gaming even. For the price this is killer! Thank you AMD for getting your mojo back.

Pros: Blazing fast. Teamed it up with the Crosshair 5 board, and am totally happy. For the price buy it

Pros: Solid performance for heavily threaded workloads. Multitasking seems smoother with this than the X4 955 @ 4GHz that it replaced. Currently have the FX-8120 at 4.1GHz at stock voltage. Was hoping for a bit more, but I think part of the problem is my motherboard, which has a fair amount of Vcore droop under load. Still trying to see how far I can push it, looks like it will probably top out around 4.4-4.5GHz. Again, I think Vdroop may be holding me back here (on a side note, stay away from the Gigabyte 990FX boards and stick with ASUS, far better for overclocking). Runs pretty cool at 4.1GHz, tops out at like 40C while running IntelBurnTest. This is with a Noctua NH-D14, though. And even with an aftermarket heatsink it starts to get pretty hot once you increase voltage and really push the clock speeds. A high-end air cooler (or water cooling would be even better) is necessary if you want to push one of these Bulldozer chips to mid/high 4GHz.

Cons: Lightly threaded performance isn't great, in some situations it's actually slower than the Phenom II CPUs it replaced despite running at higher clock speeds. Part of this is due to Bulldozer being a completely new architecture and Windows 7 not being aware of how to optimally schedule threads for it. Scheduling only one thread to a module whenever possible so that threads aren't fighting for shared resources within a module (such as the front-end, L2 cache, etc.) seems to yield the best performance. For example, I ran Fritz Chess Benchmark (set to utilize 4 threads) with default affinity and got 7664 knode/s, then I manually set affinity so that the OS would only send one thread to each module and got 9084 knode/s, a 19% improvement. ~20% performance improvement is the upper bound, though, most lightly threaded programs should see closer to 5-10%. Microsoft is supposed to release a Windows 7 hotfix soon that makes the scheduler BD aware and uses this more optimal scheduling.

Overall Review: Also messed around with affinity in Skyrim and saw a slight FPS boost at Dragonsreach looking out over Whiterun (very CPU limited situation), 24-25FPS with Win 7 default scheduling and 25-26FPS with affinity set manually. Tom's hardware had some Win 7 vs Win 8 benchmarks in their FX-8150 review and saw between 8-12% FPS improvement in WoW depending on resolution. An AMD slide also showed 2-10% FPS performance improvement in games from the more optimal scheduling in Windows 8. Overall a decent CPU. It has some issues, but gets more flack than it deserves IMO. It's a good CPU for heavily threaded workloads, and software optimizations like the Win 7 scheduler hotfix will help with lightly threaded performance, which is one of its weaker areas. For gaming, emulation, and other tasks that tend to be single/lightly threaded, 2500K is probably better buy in this price range. If you do a lot of video encoding, archiving, and other heavily threaded tasks, though, Bulldozer is a decent option

Pros: Blazing fast, regardless of what tech reviews indicate. Handles multitasking like a champ

Cons: Stock cooler is a pain to mount, otherwise nothing.

Overall Review: I've always been an Intel guy, but wanted to change it up. AMD has decent products at a very good price. Unfortunately, Core i5 and i7 line chips from Intel are pricey, and AMD has a price to performance ratio that can't be beat. I configured this system with the Gigabyte 990FXA UD3 board, AMD 6870HD Discrete Graphics, and G-Skill Sniper 1866Mhz DDR3 RAM - runs blazing fast and nothing lags the system no matter what I throw at it. Using stock cooler, adequately cools the CPU - I've been running it at 3.6Ghz OC no issues. A Word of advice though, the core scheduler for Bulldozer processors is different from traditional multi-core architectures, Microsoft has two Hotfixes out to ensure that the Bulldozer architecture is better utilized for the 8 Cores it has. Make sure you google the hotfixes and download them or else you may encounter some lag in Windows.