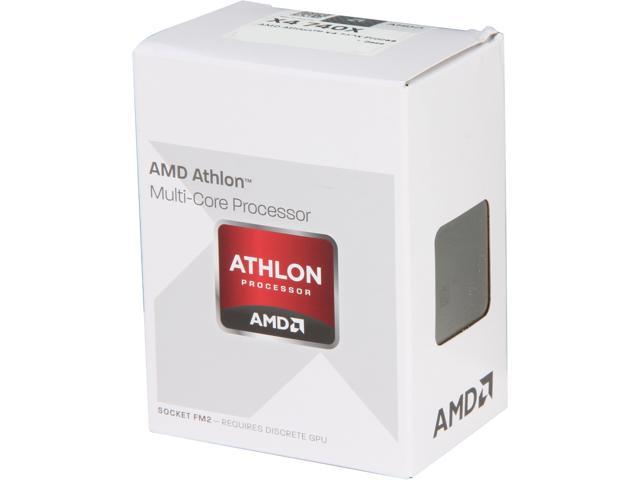 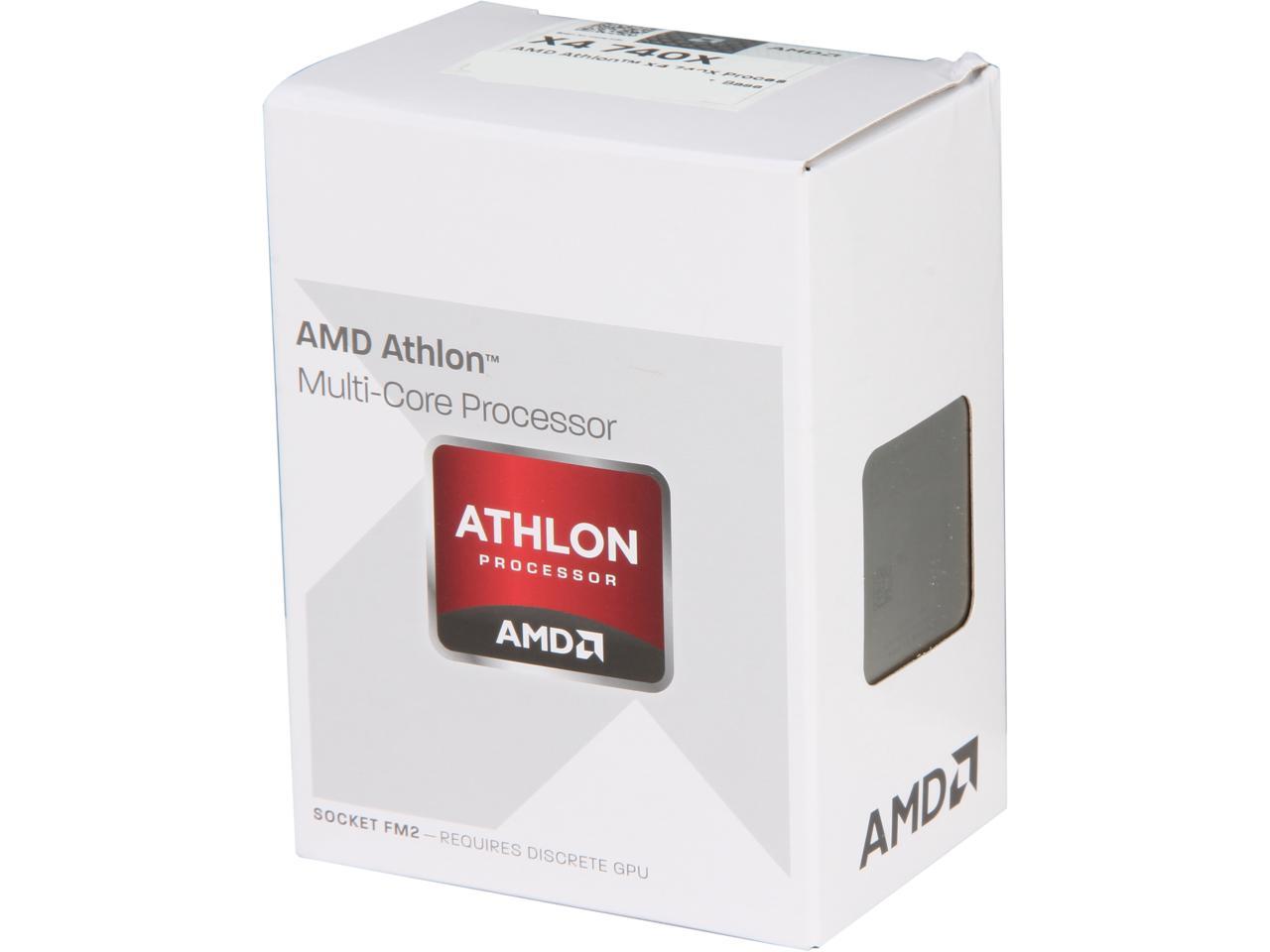 (25) Write a Review
OUT OF STOCK.
Fees for brokerage and duty included in price.
Specs
Reviews

Learn more about the Athlon X4 740

Pros: Its a great CPU,works as expected. If you are planning to get a dedicated video card,this baby is for you

Cons: Not really a con, its my fault not to reading the description and assuming that all FM2 CPUs are having integrated graphics. It took me a while to realize why the system is not booting.

Overall Review: Great CPU but remember to get a video card too!

Pros: Fast CPU. No problems running games. Temperature is quite low with a quality fan. 34c.

Cons: Don't count on the stock fan. If you but this, get a quality fan. The stock fan was running about 45-49c. That's not horrible, but you can get it much lower with a better cooling option.

Overall Review: I accidentally reviewed a motherboard in place of this. Sorry. Just ignore the last review.

Pros: put it with a good video card and can run anything

Cons: no so far

Overall Review: this is a good price for a CPU not everyone wants to spend a lot of money to get into PC gaming and you don't need to I would just put a little extra money into a good video card with PC parts this low you can build a good gaming PC under $600.00 I built my sons computer for $545.00 and he plays every game he like with no problems I spent that extra money on his Evga 660 Ti 2GB

Pros: I got this to go along side an nvidia 660. I was afraid I would run in to some bottle-necking issues with this cpu, but I haven't noticed any. Games are running right on par with other benchmarks done with core I5 processors.

Cons: Not a fan of stock cooler. It does the job though

Overall Review: If you are shooting for a 1080p gaming pc with a good mid range GPU, this chip is a fine choice.

Pros: I installed this for a friend and she was happy with the build performance and price point.

Cons: I always like to overclock and stress a machine before I hand it off... I couldn't really do that with the MB and CPU I had, but I didn't notice any CPU bottleneck playing Crysis 2.

Overall Review: I knew this wasn't an APU, but to verify easily, on the picture it clearly says you need a graphics card in the bottom left corner so I made sure to get one with my order.

Pros: This chip is fast and cheap. I built a HTPC around this cpu, and couldn't be happier. My laptop is a 3rd gen i7 3632 with a dedicated graphics card, and my HTPC seems to be slightly fast in just about everything. That said, I don't game, so I don't know how that would be. It is 10% faster at ripping blu-rays, loads Win7 about 5 seconds faster (both have sandforce SSDs), and just seems snappier in general. Love this thing and love the price.

Cons: None so far!

Pros: $80 bucks for a Quadcore 3.2 GHz processor. Although it does lag a bit behind Intel's CPU's but for its price. there is No real complaints. (Comparing $80, to $300) Under Load. my Old Intel Q6600 liked to run at 70c... This Chip Barely goes past 28c under heavy Gaming Sessions, Using the stock cooler+2 6" Case fans for proper Circulation Built on an MSI a78m-E45 Mb. (another budget board), 8 gb of DDr3 Ram by Kingston, and a XFX 7770 Graphics card i repurpised out of my Old Gaming tower. Built myself a New Rig for roughly $400. Everything was Plug and go, didn't have to fight with any settings aside from configuring current Time/Date Don't Laugh. but Built it to run Tera: Rising At max graphic settings, Pulling 78 FPS idling in less crowded areas, 58 in the main Town during Peak hours, and about 40-47 fps while doing Raids/dungeon runs with High effect skills being spammed. Could not ask for more for the cost. Another game. Final Fantasy 14. Another Mmo. Pushes at 73 FPS Idle, and drops down to about 58 while doing any combat/in major cities. Way more then playable on max settings. Haven't tried it out on any Next Gen Shooters aside from Farcry 3 That ran beautifully. up untill surprise Tiger attack XD. Still pulled roughly 60 FPS easly. Oh... Btw. Screen Ratio was on a garbage sharp tv running 1080i (1776x1000 Ratio).

Cons: Didn't know AMD chips where this cheap... No Real Cons unless you are really bent out of shape of lack of an L3 Cache. Still a VERY powerful CPU without it.

Overall Review: 11/10 would buy agian if need be (And will be to build my Gf a proper Pc. she's using my old Intel Quad atm XD)

Overall Review: Why pay the premium for an Intel CPU when this does the job for a lot less money. I'm using it for an HTPC and light gaming in an MSI A78M-E45 with 8GB of RAM and a HD7770 video card. It does run a bit warmer than I was expecting (~42 C) at idle with an aftermarket cooler (Cooler Master Vortex Plus) but the fan on the heatsink was turned down and the thermal paste I used is suppose to become more efficient after some curing time. Have had no problems with over heating under moderate gaming use.