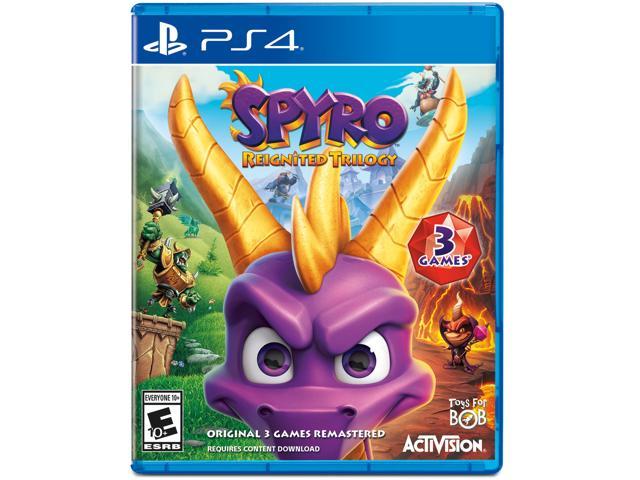 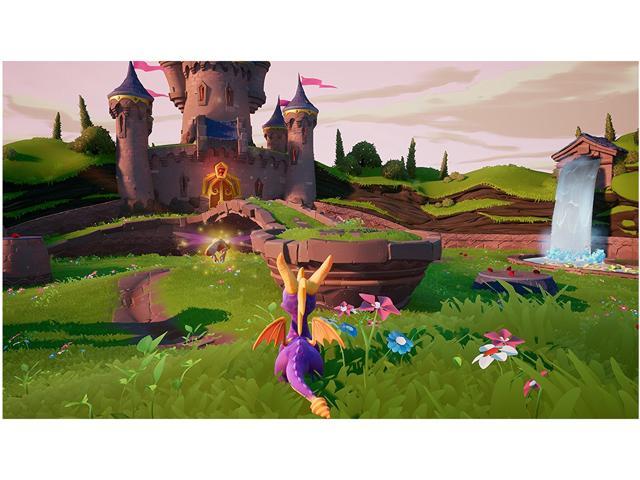 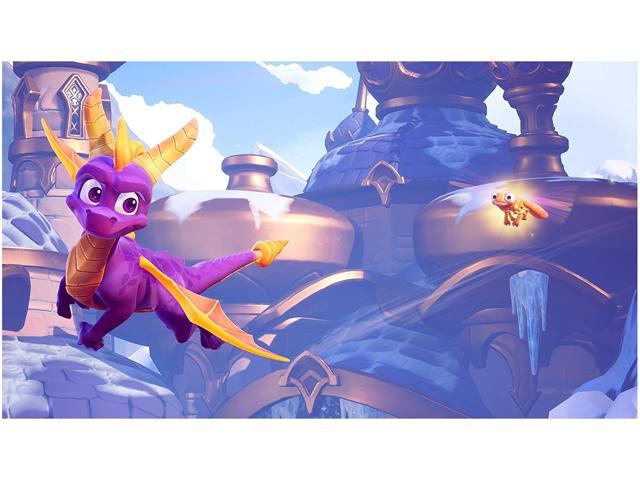 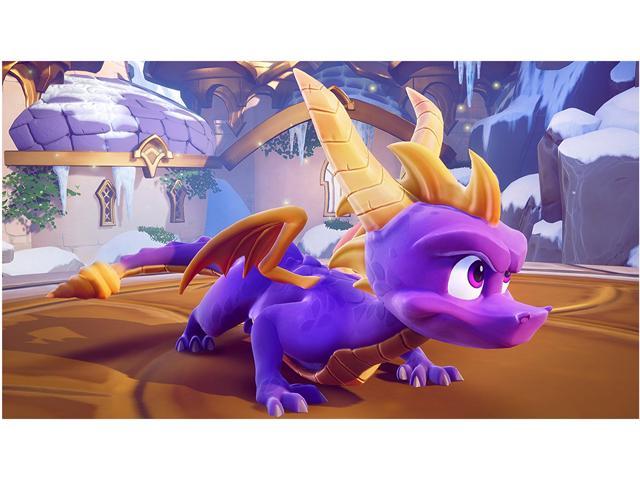 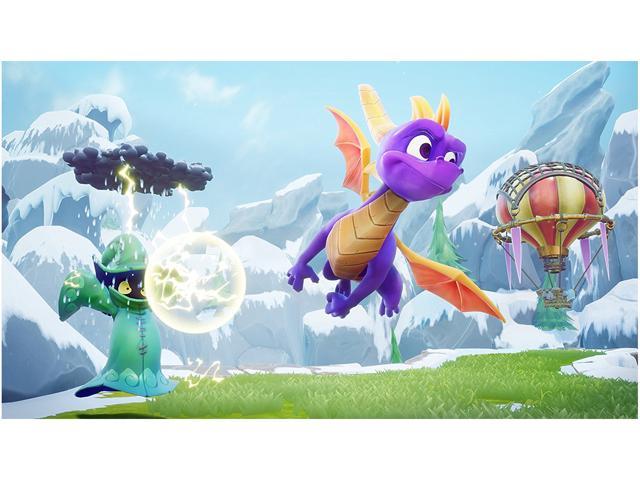 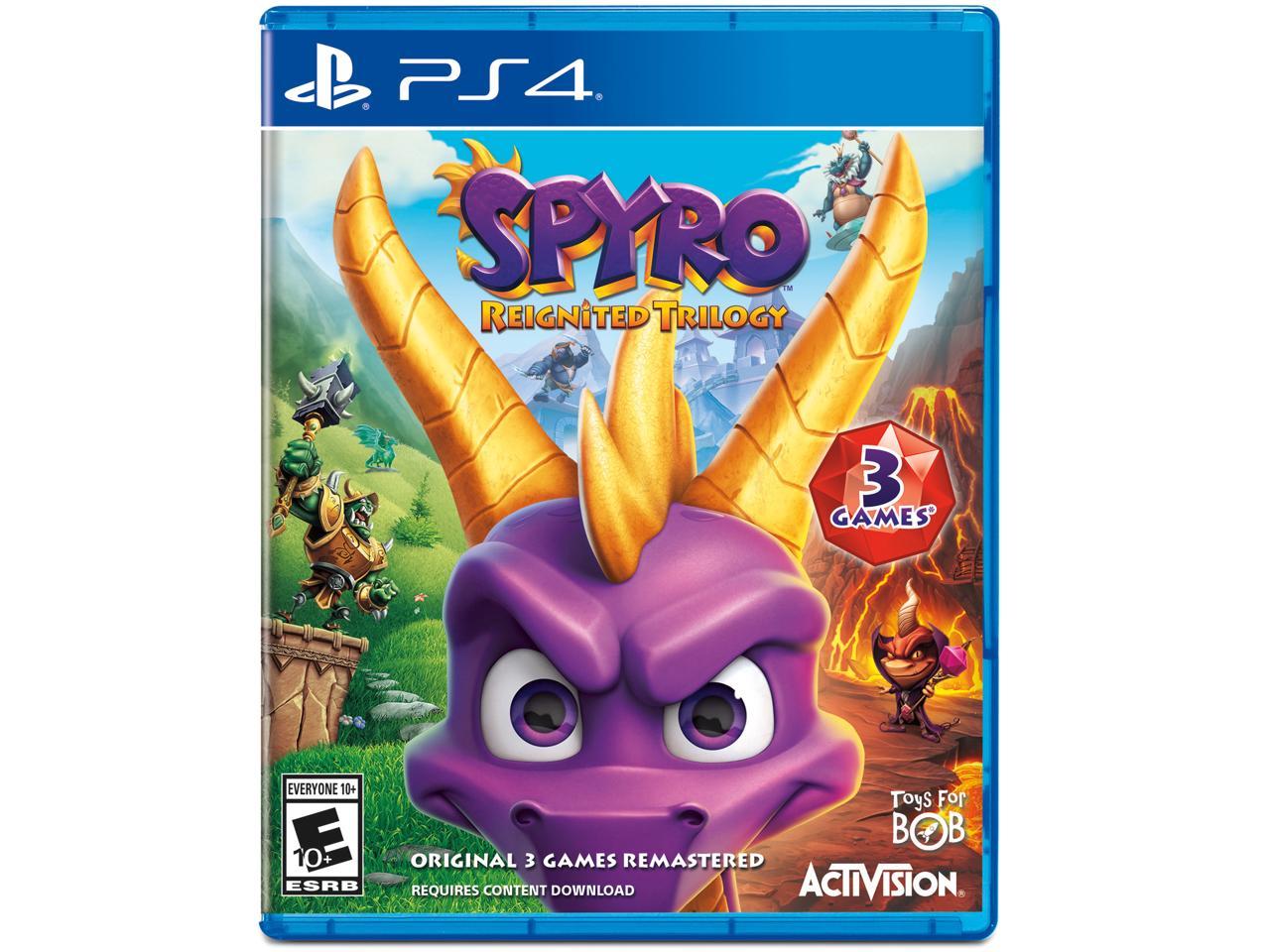 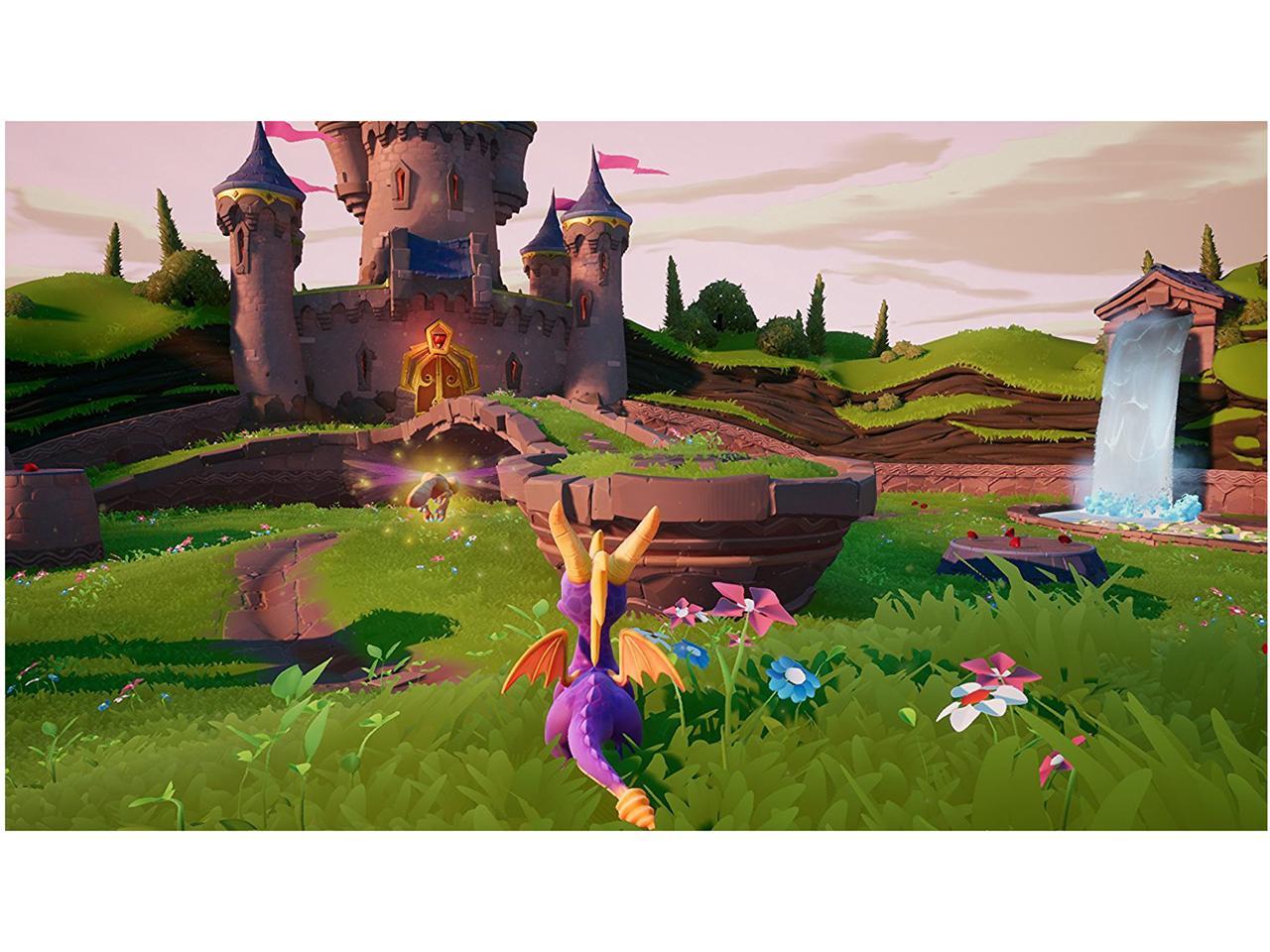 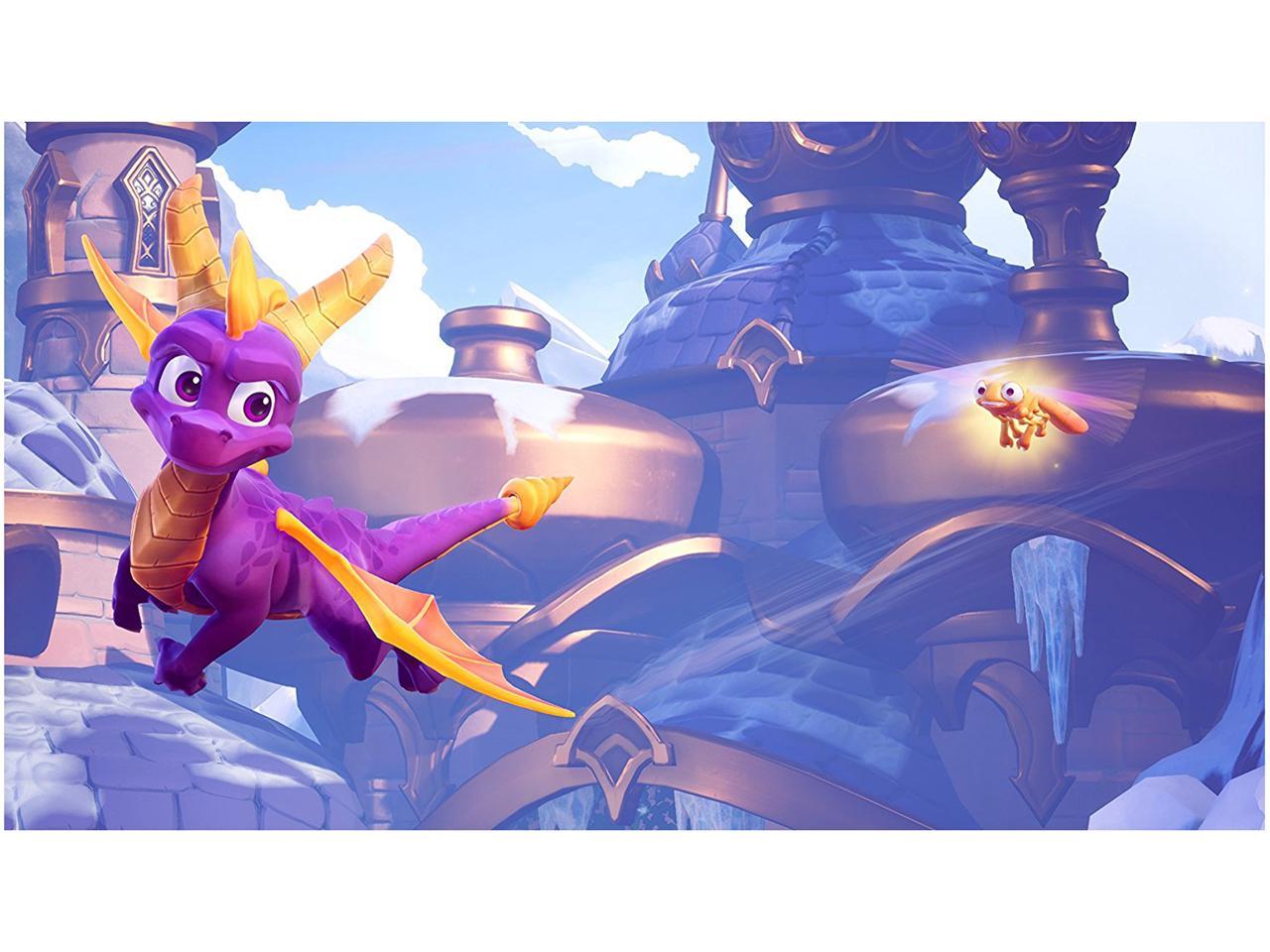 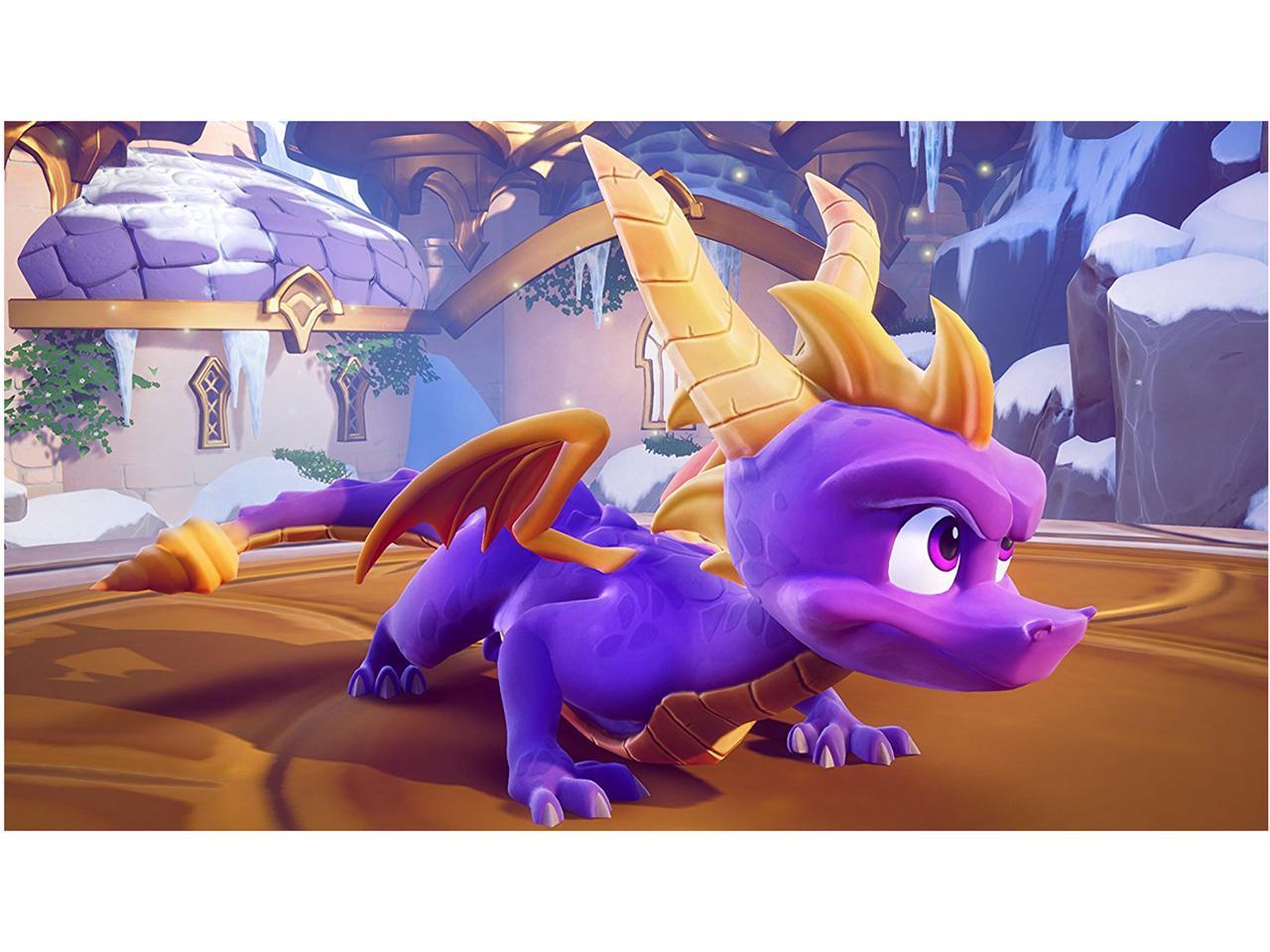 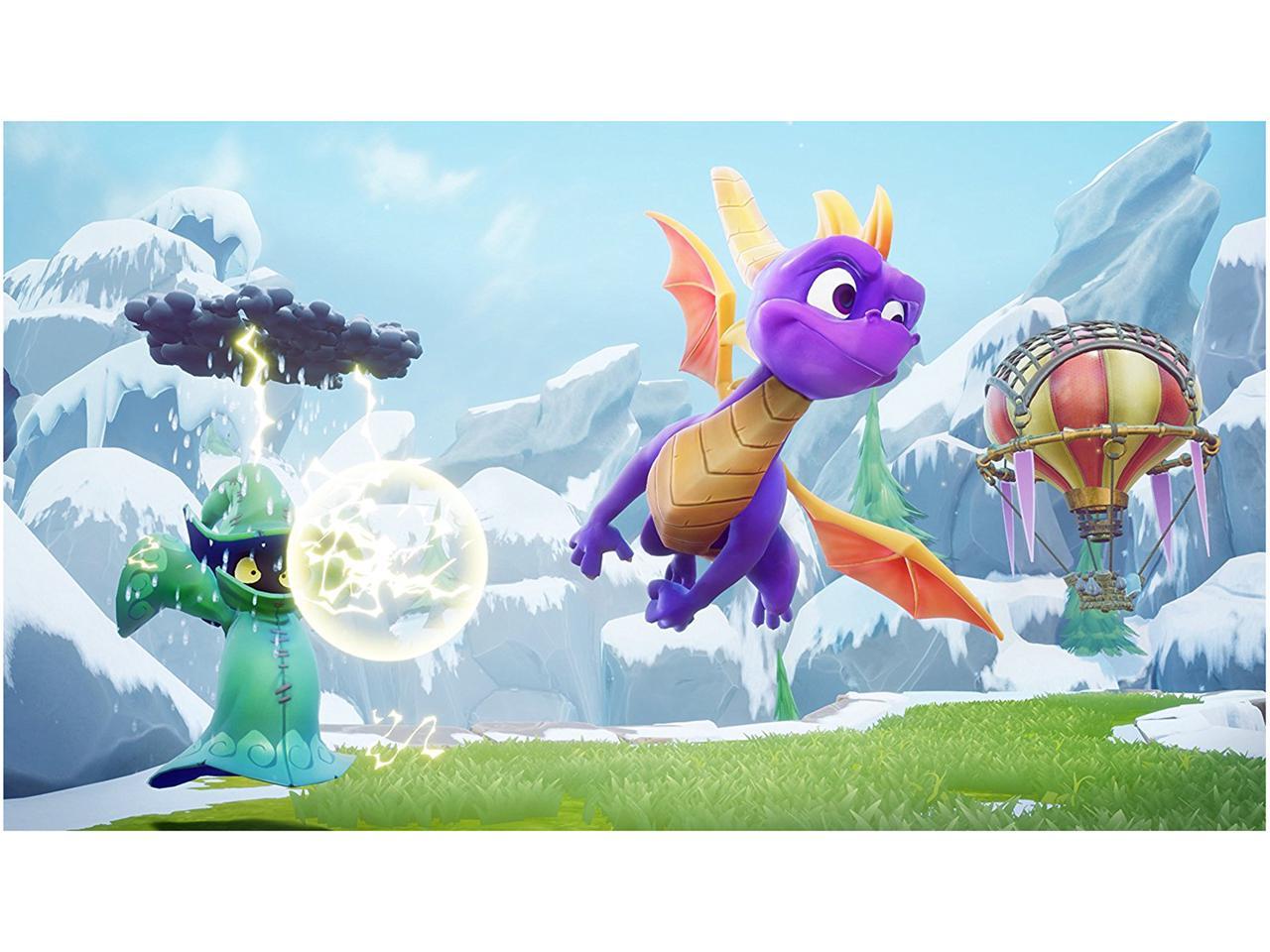 Be the first to review this product...
In stock.
Ships from Canada.
Please note that this product is non-returnable and non-refundable.
Overview
Specs
Reviews

The original roast master is back! Same sick burns, same smoldering attitude, now all scaled up in stunning HD. Spyro is bringing the heat like never before in the Spyro Reignited Trilogy game collection. Rekindle the fire with the original three games, Spyro the Dragon, Spyro 2: Ripto's Rage! and Spyro: Year of the Dragon. Explore the expansive realms, re-encounter the fiery personalities and relive the adventure in fully remastered glory. Because when there’s a realm that needs saving, there’s only one dragon to call. Gnasty Gnorc has returned from exile and has unleashed evil magic on the dragon realms, trapping the dragons in crystal and raising an army of Gnorcs. Spyro, with his friend Sparx the dragonfly, is the only dragon left who can traverse the six Homeworlds, free the dragons and save the day! Spyro has been brought to the land of Avalar to defeat the evil sorcerer Ripto who has brought war to Avalar’s Homeworlds. Each Homeworld is being held captive by Ripto and his minions, and it's up to Spyro to defeat them and bring peace to Avalar’s realms. Spyro: Year of the Dragon

The dragon realms are celebrating the ‘year of the dragon’ when a mysterious cloaked figure emerges to steal all the dragon eggs. Under the spell of the evil Sorceress, an army of Rhynocs is now guarding the helpless eggs in the Forgotten Realms. With new and old friends, Spyro is on a quest to recover the lost eggs, defeat the Rhynoc army and stop the evil sorceress.