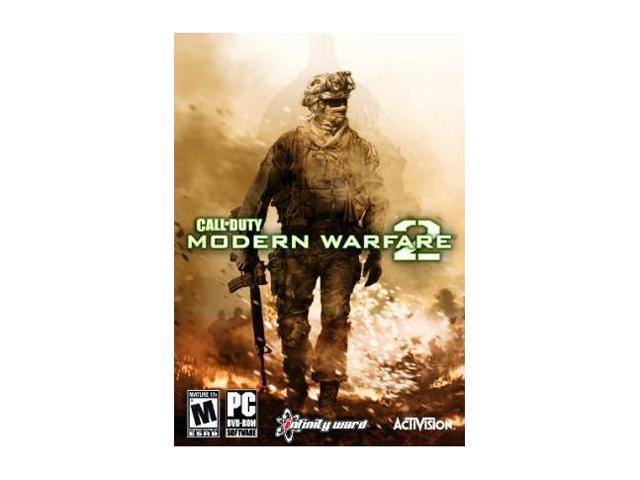 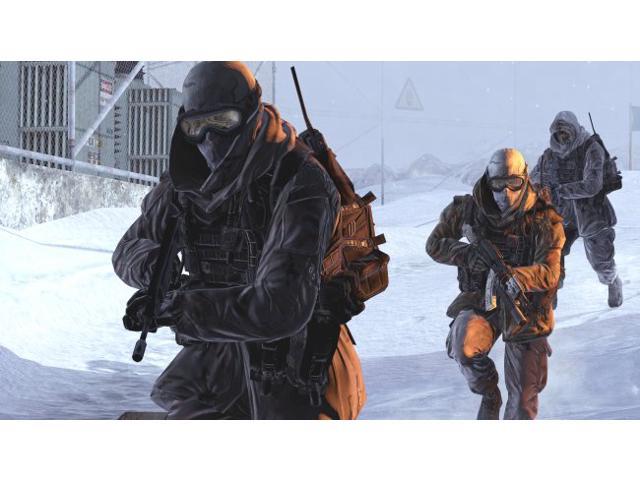 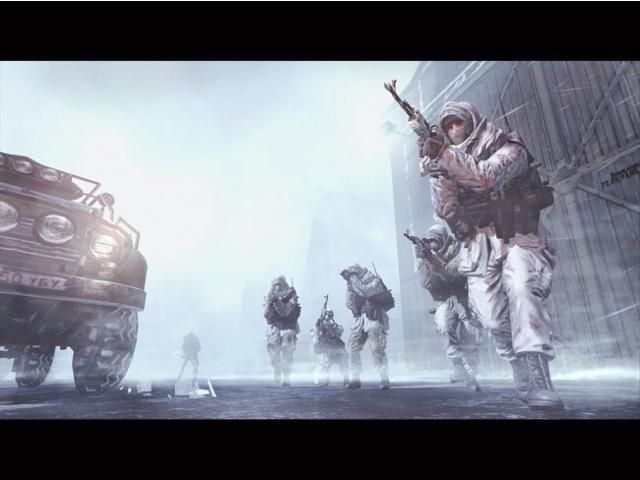 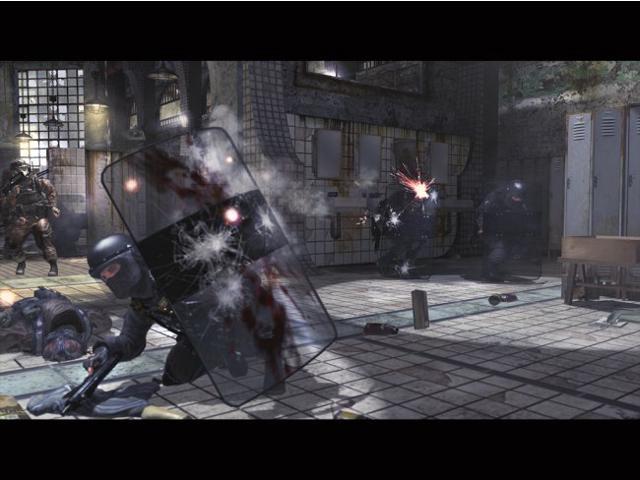 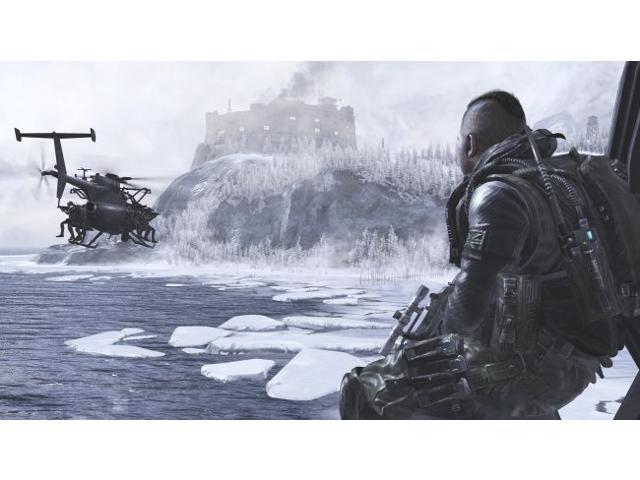 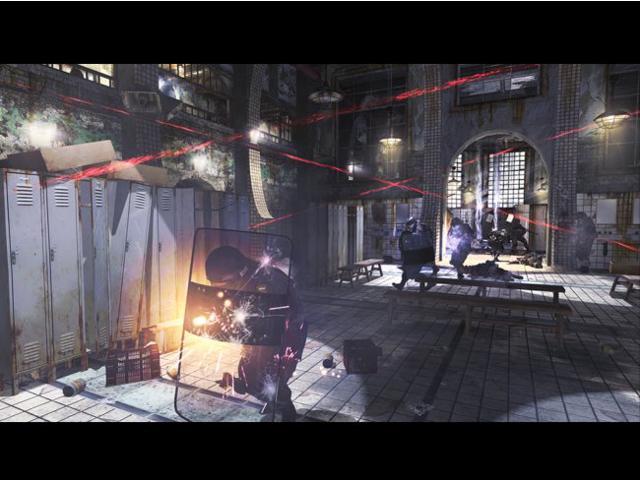 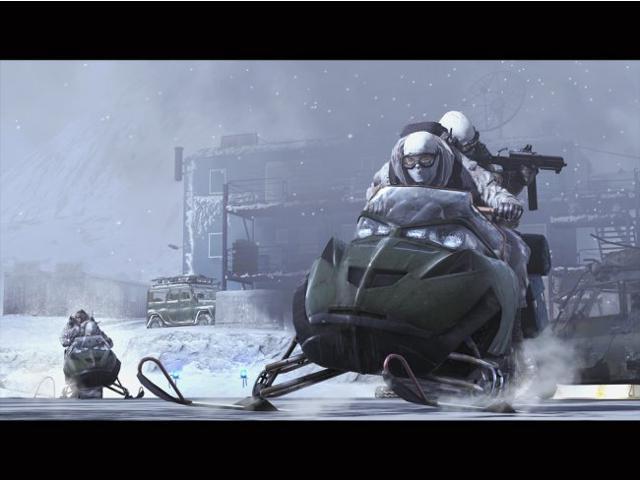 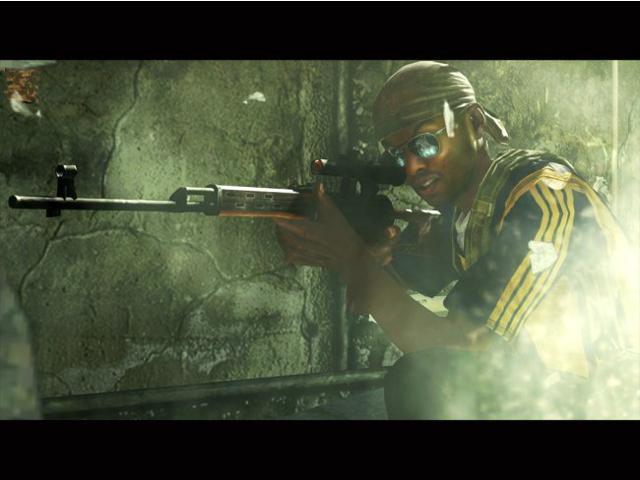 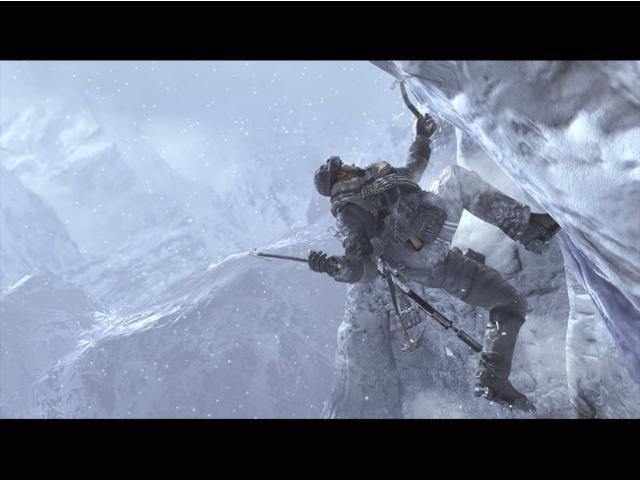 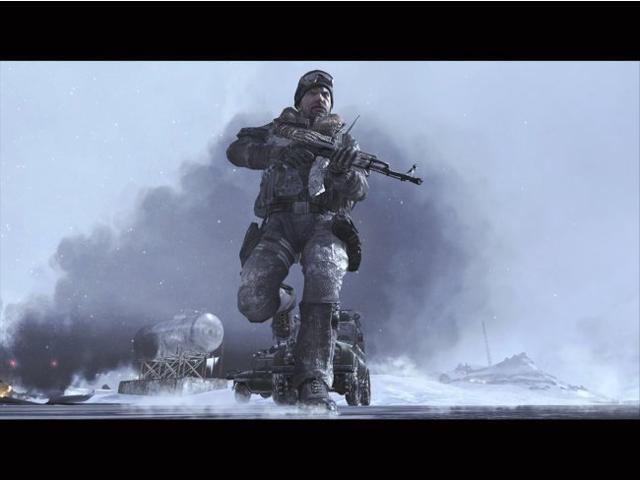 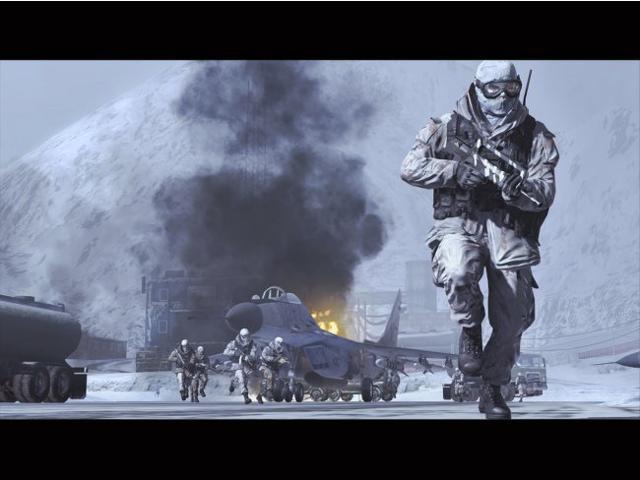 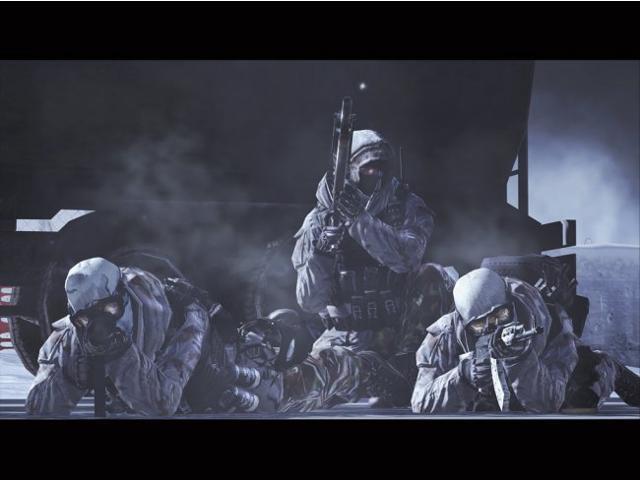 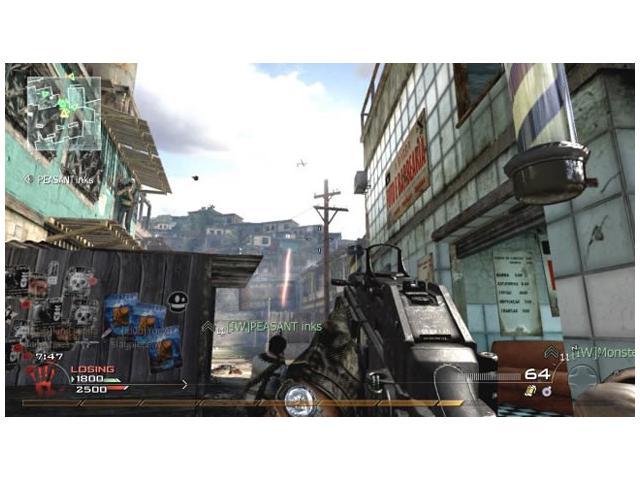 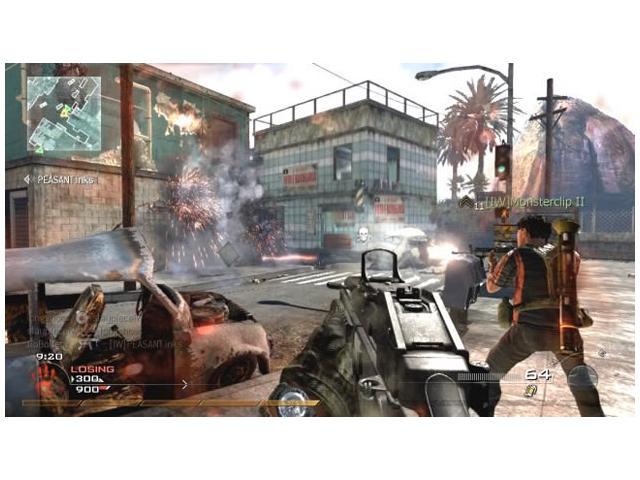 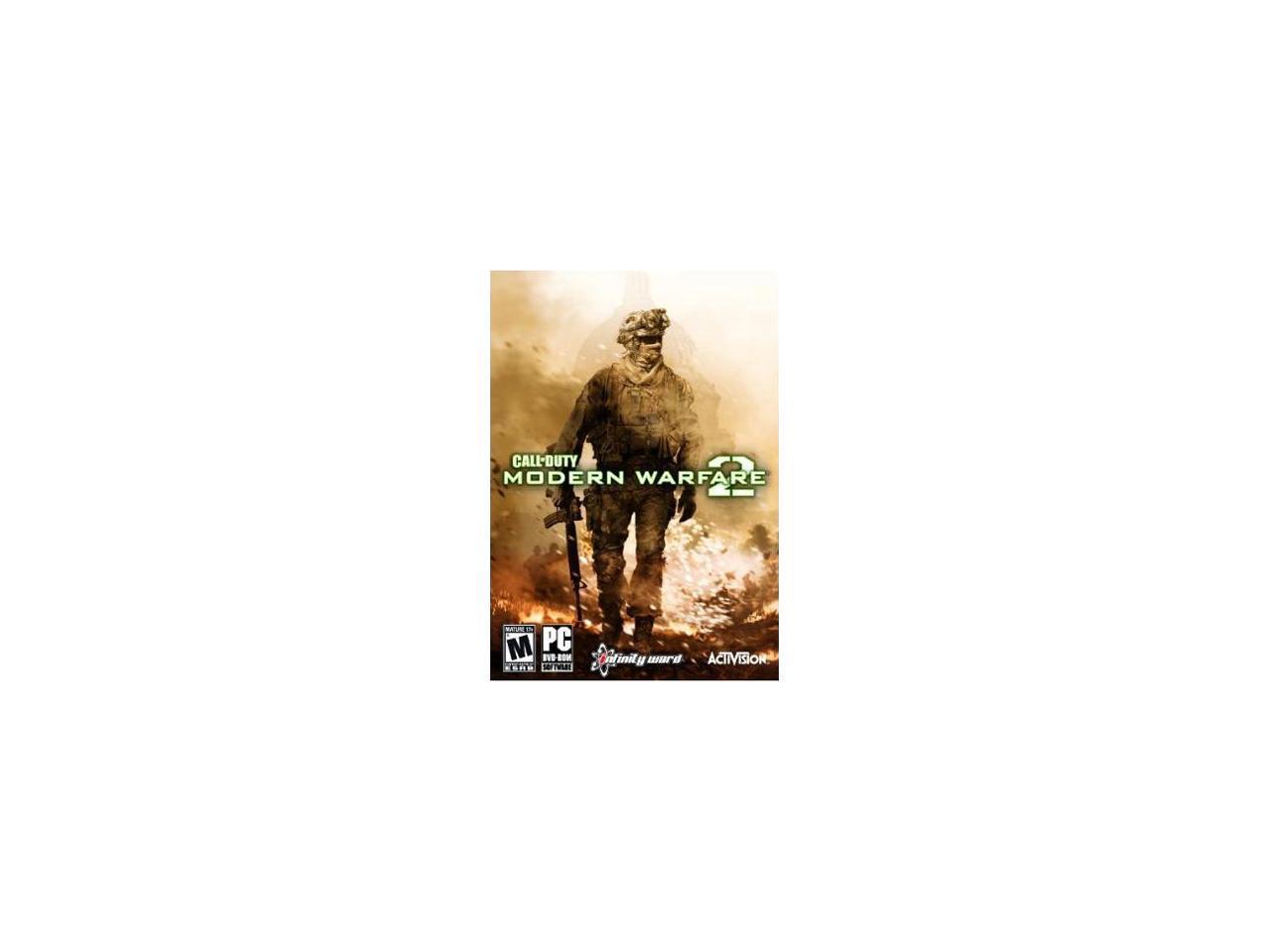 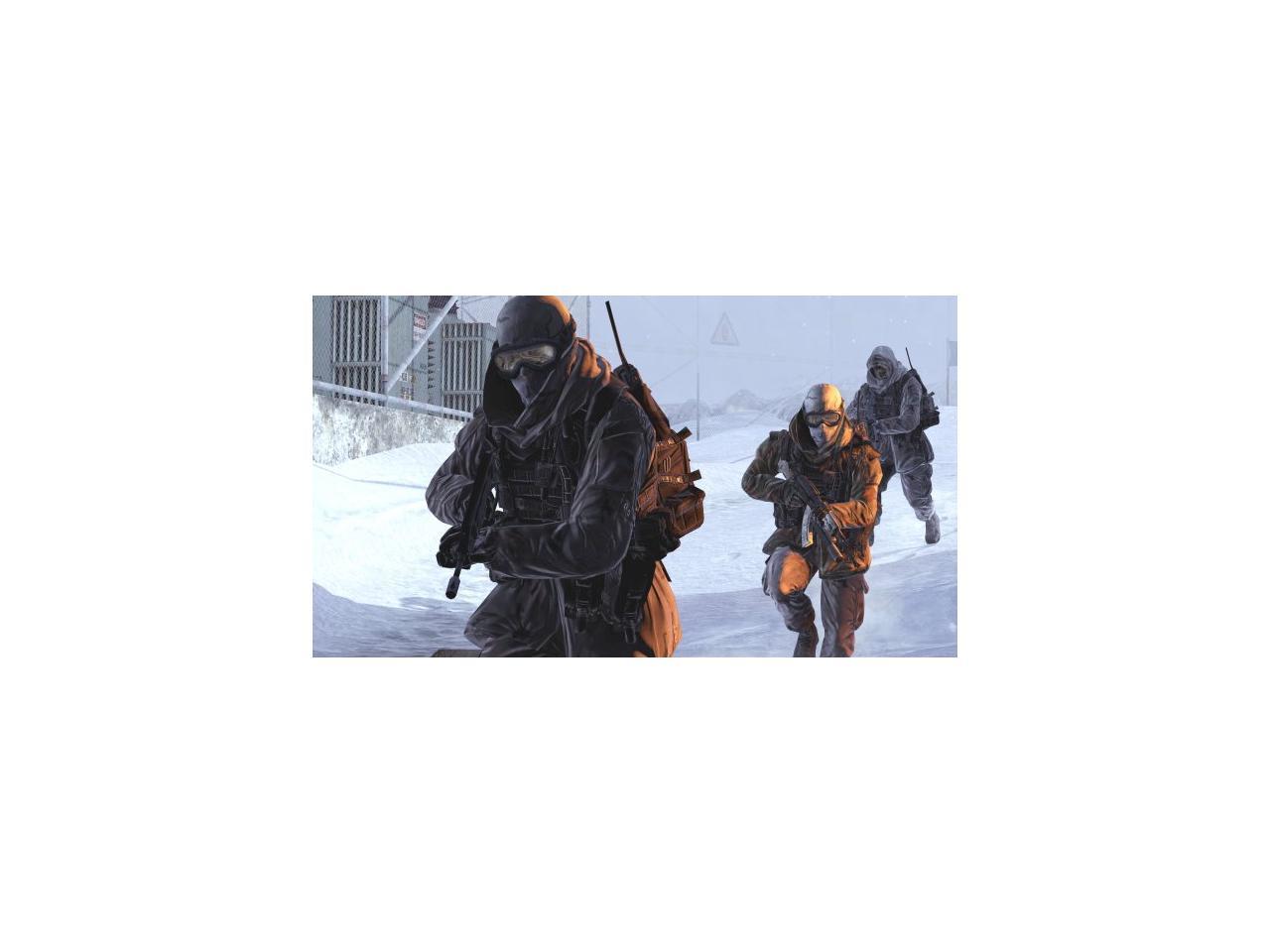 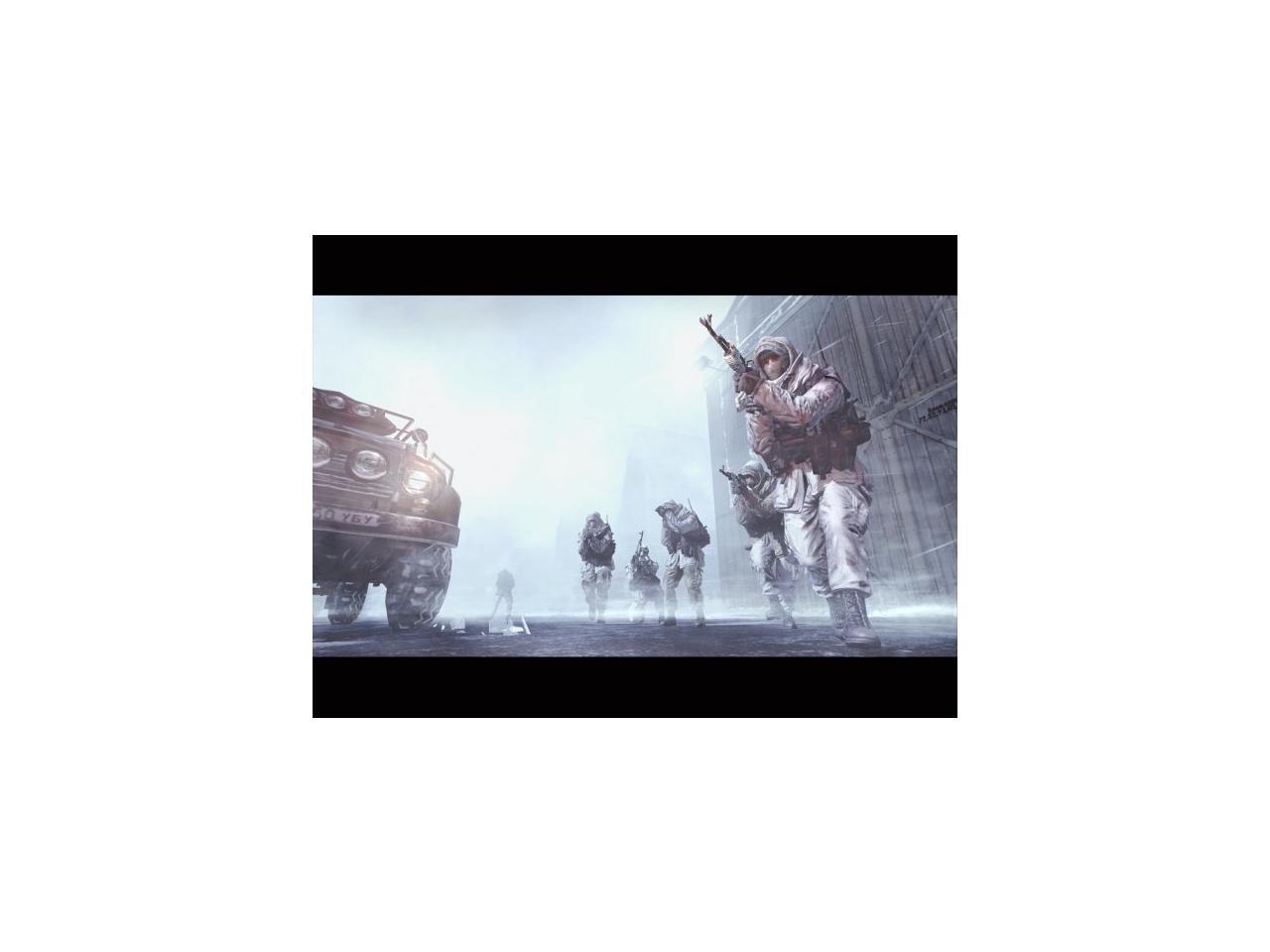 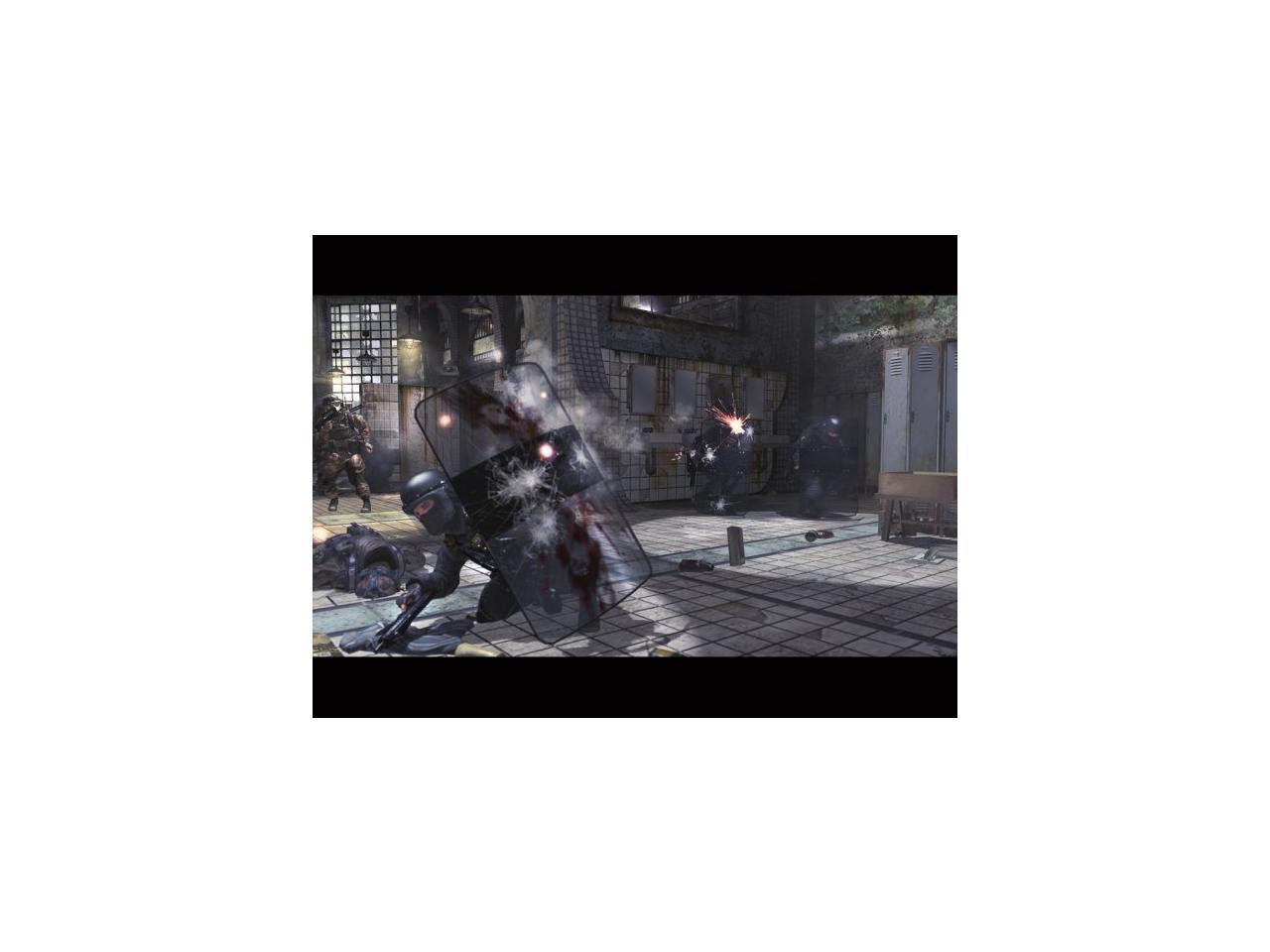 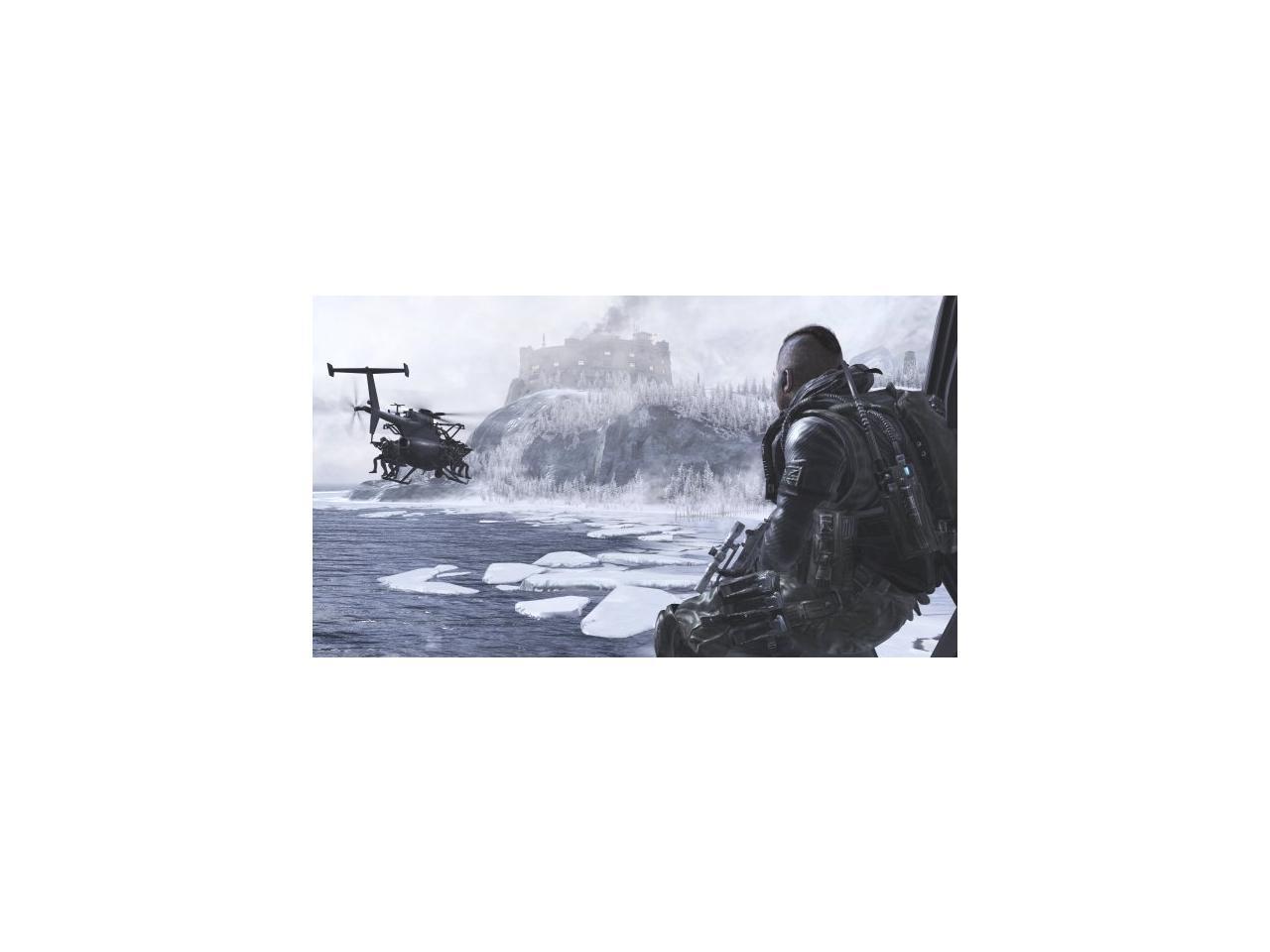 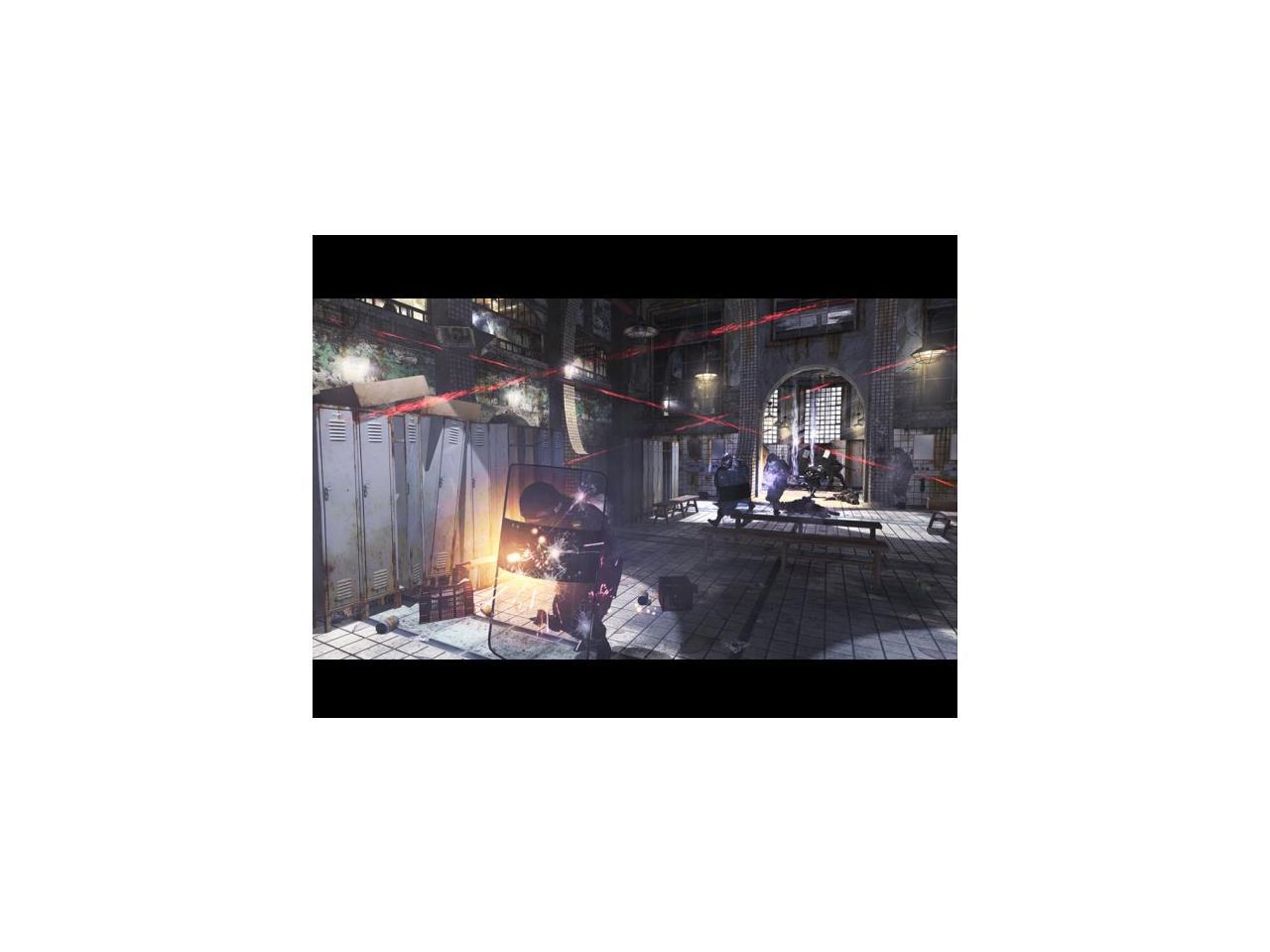 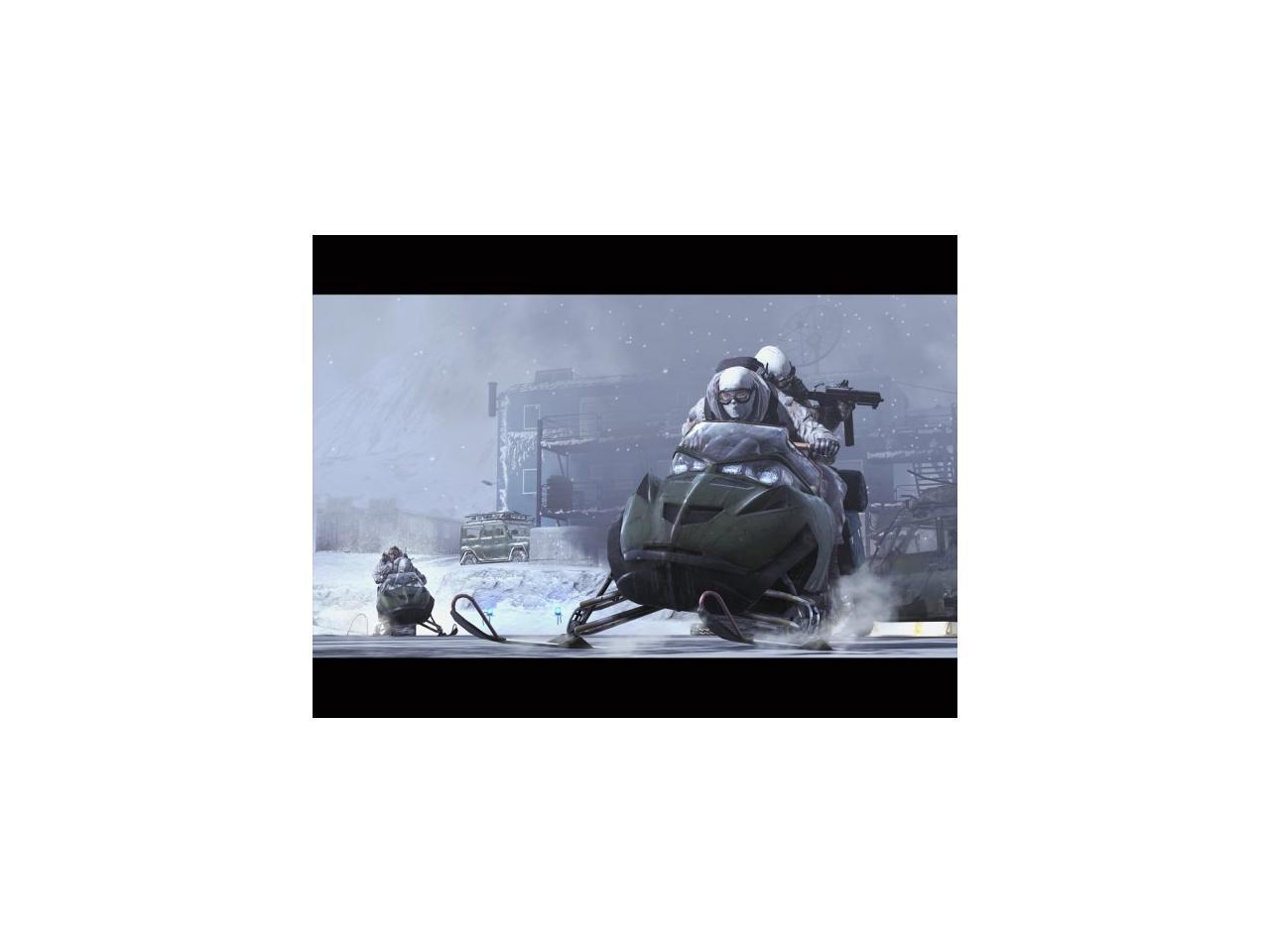 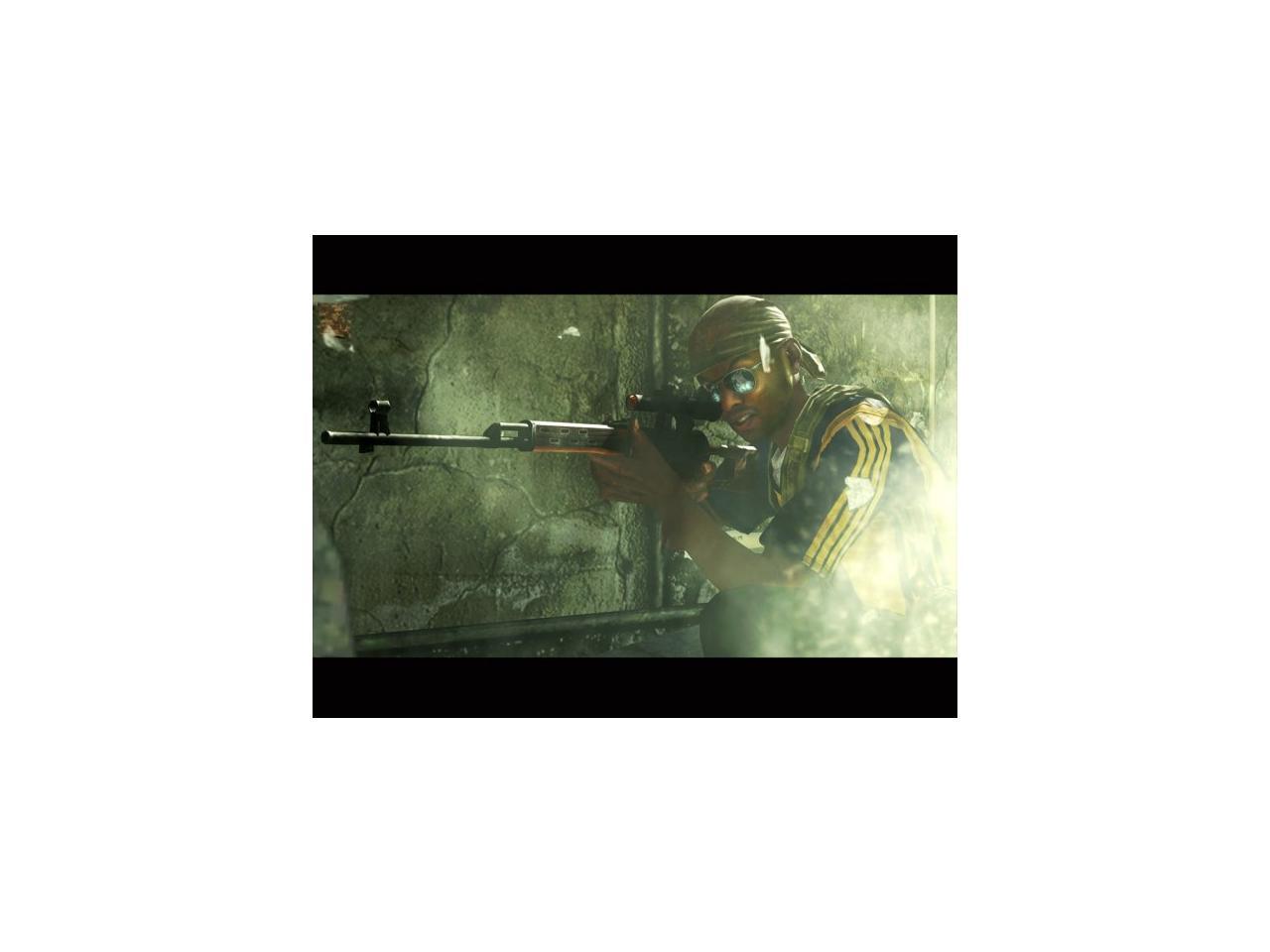 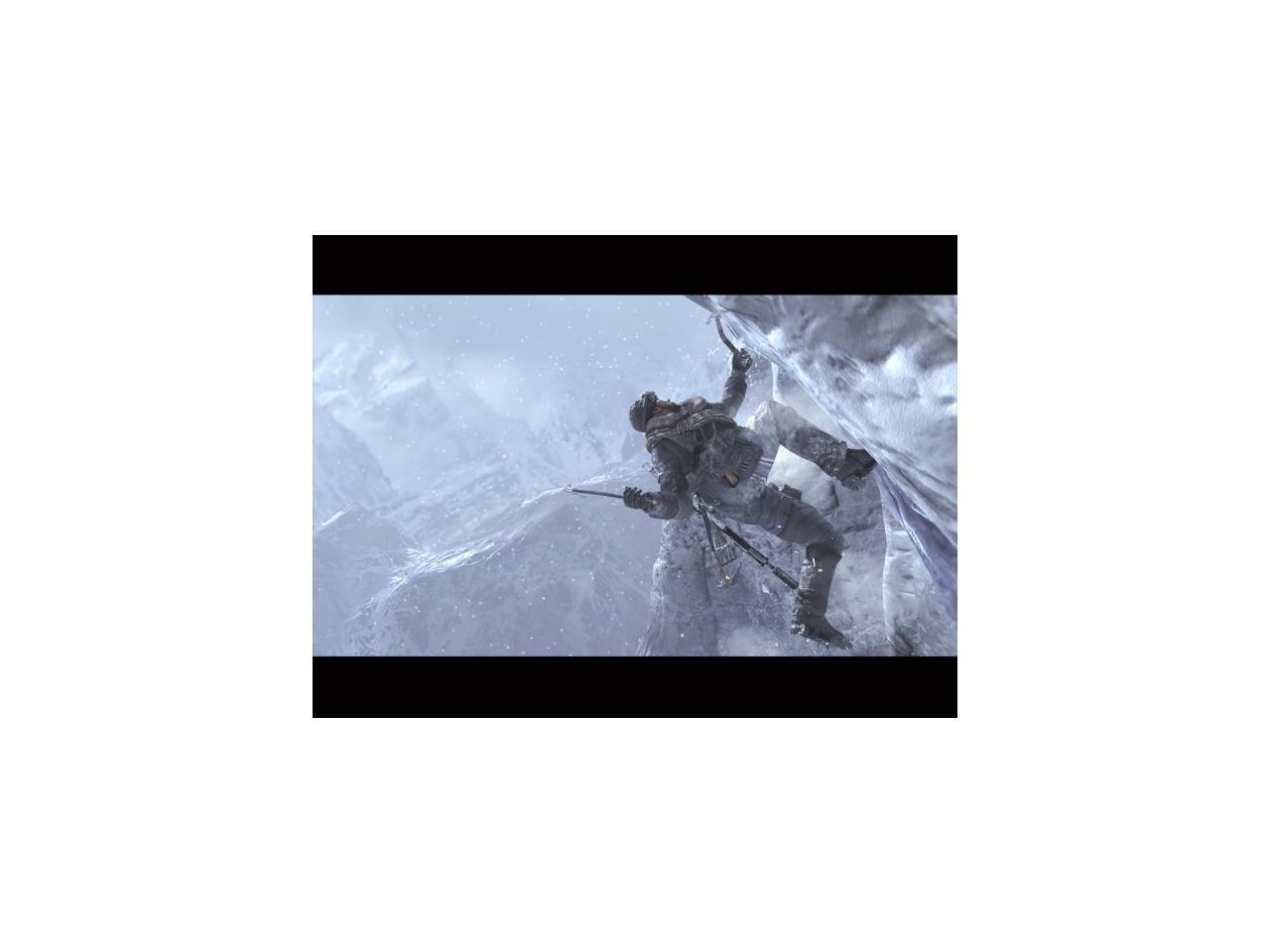 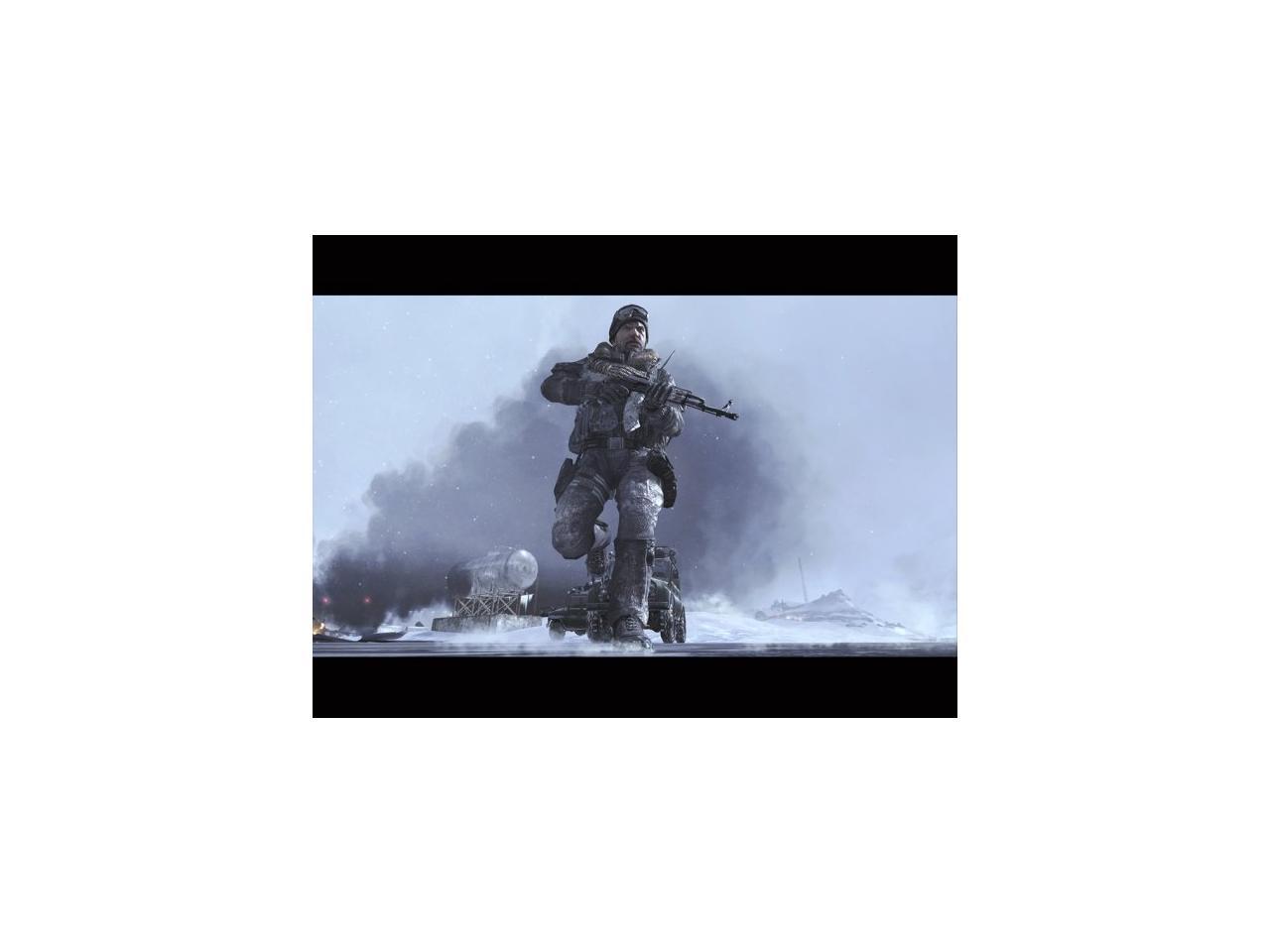 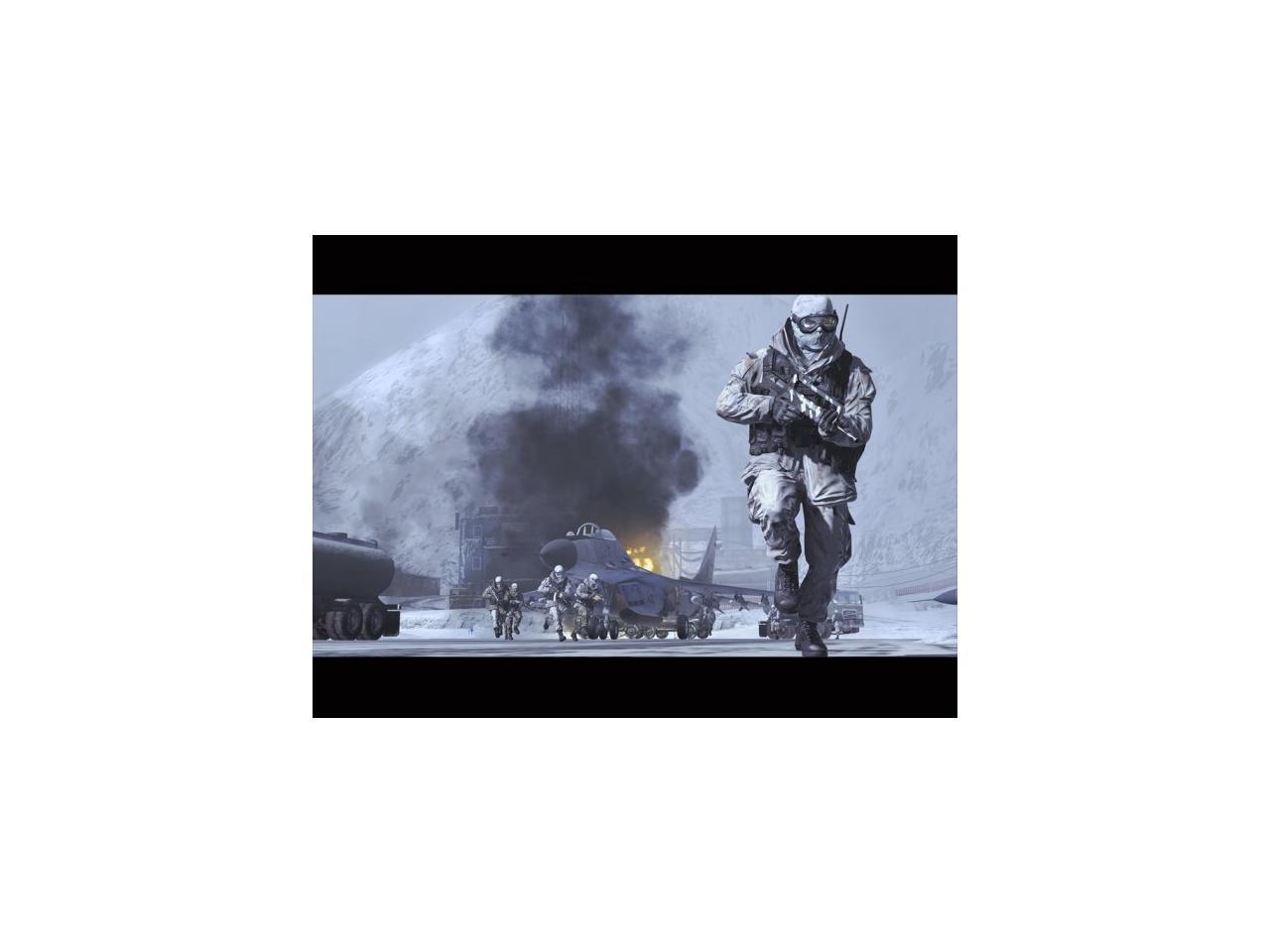 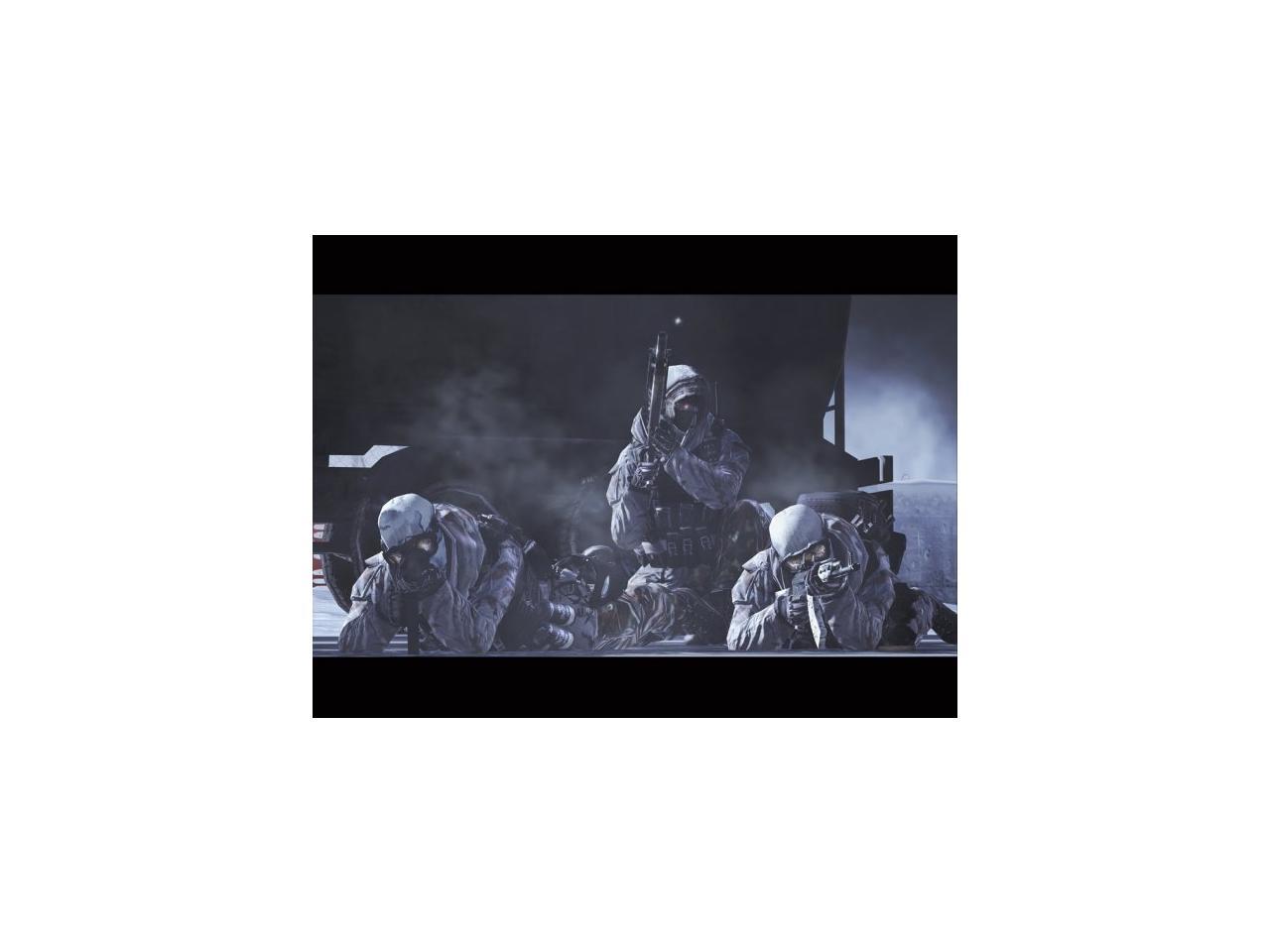 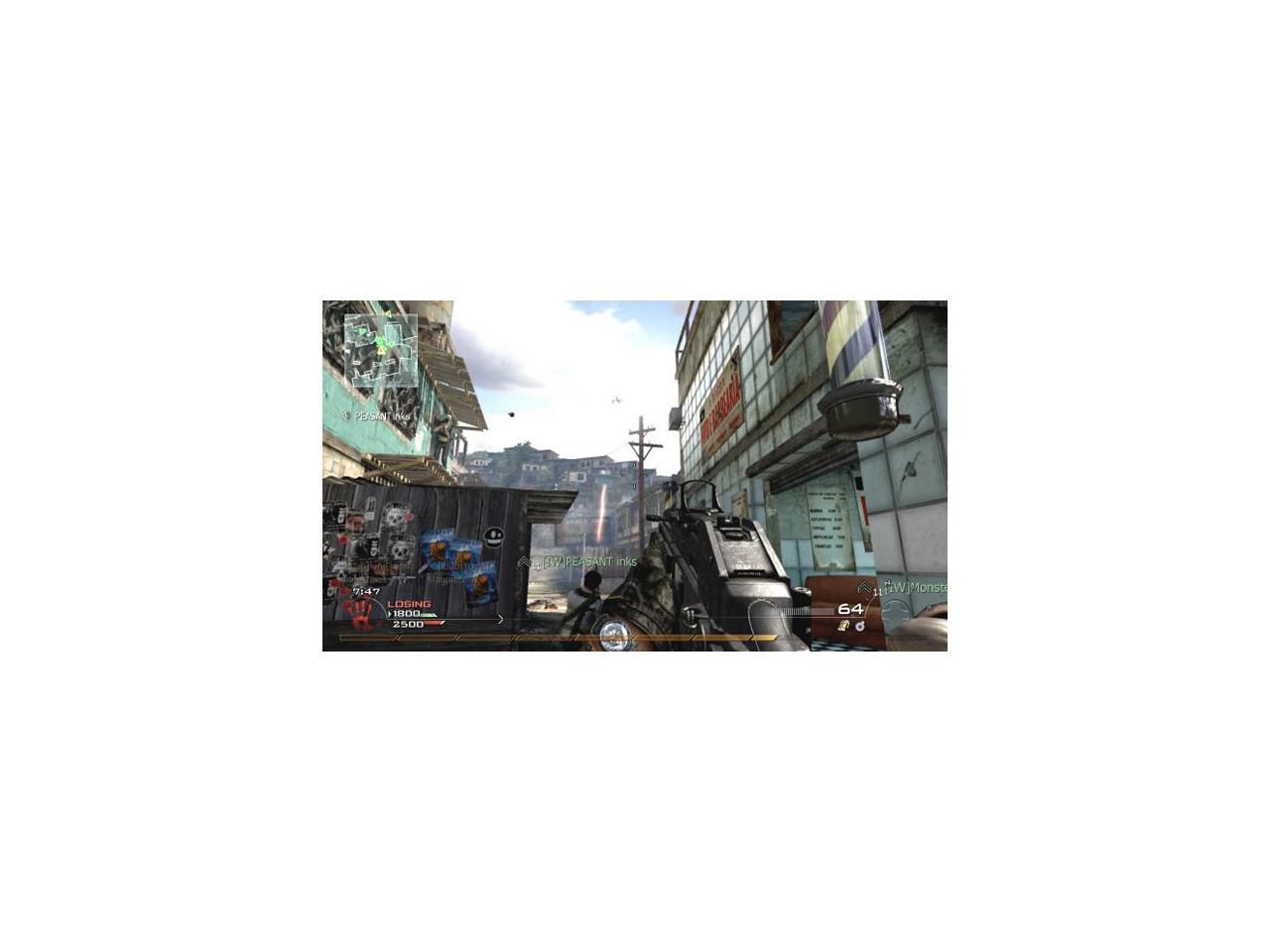 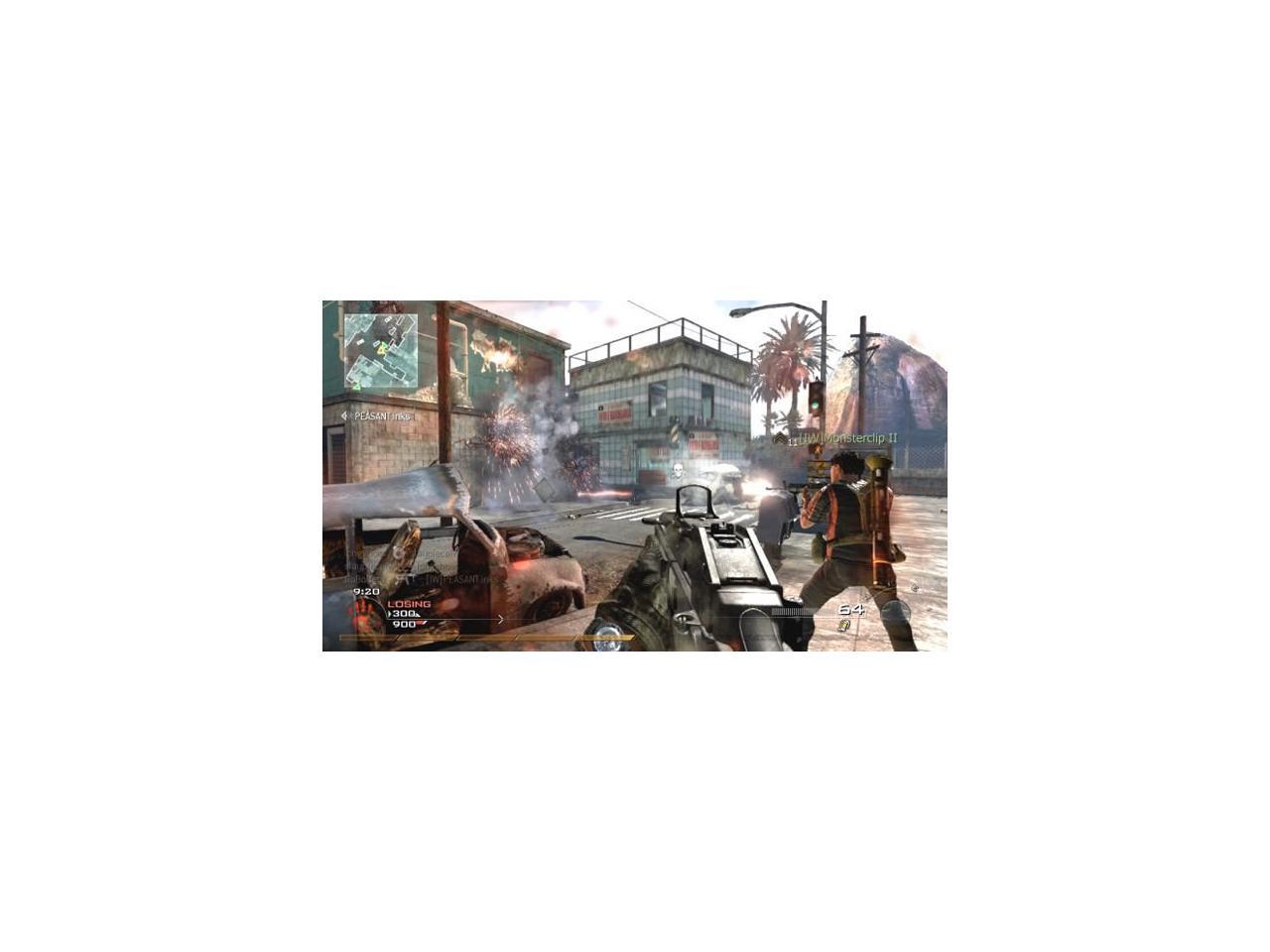 (392) Write a Review
OUT OF STOCK.
Fees for brokerage and duty included in price.
Specs
Reviews

Learn more about the Call of Duty: Modern Warfare 2

Pros: Fully functional and playable to this day, even multiplayer

Cons: Just to many pauses to tell the story sometimes

Overall Review: Great game overall, very hard to get 5 eggs out of me on a game

Pros: Graphics are nice...single player and co-op are fun but short.

Cons: Now onto the game itself, Infinity Ward has decided you are too stupid to pick your own server and matches so they do it for you now. The great thing about this? You will never have to worry about making friends while playing as you will never see the same person twice. The maps are huge and most games are 6v6 at best, which means you don't really have to shoot people much either. Take your time, enjoy the scenery, pack a lunch because in your face action this is not, more like a picnic in camo gear. If all you are after is Single Player mode, the game is not half bad, but not worth $60 bucks for a game you will beat in a day or two.

Overall Review: If you are truly a PC Gamer, or if you have played ANY previous version of Call of Duty on the PC platform, you need to run the other way screaming now!!! Infinity Ward has taken everything that was good and right about their franchise and ripped it out completely. This game went from being the best online FPS ever made to a complete joke in one title. Let's face it, there are 2 types of Game Developers. One is the PC developer who makes great games that are eventually dumbed down and ported to consoles. IE. Half-Life, Unreal Tournament. The other is the console developer who is going after the 12 year olds and their parents money and if the game sells enough copies they will make a cheap port for the pc. Infinity Ward has gone from the former to the latter almost overnight with no apologies.

Pros: some of the best DX9 visuals ever. Action packed single-player. MP has LOADS of guns and other weapons and perks to chose from. i bet this is one of the best console shooter games ever-short of contra and goldeneye of course. cutscenes are pretty sweet, love the old characters

Cons: NO DEDICATED SERVERS!. but moving on: installing from the CD froze several times, tried different things. Ended up starting the install from Steam, pausing the DL, then starting the install again from the CD and that worked. single player is EXTREMELY short. graphics look old with so many DX10 greatness in the world (11 coming soon too). game is a direct port from console, feels very arcade-y, hitboxes are huge in MP to compensate for matchmaking lag and console-aim issues(it's a port). matchmaking is a pain, it works but takes forever to find a match, then for the game to start between every round. maps are tiny, most gametypes only allow 8-12 people. only one or two allow 18. joining friends if they're far away (if it even lets you) usually leads to lots of lag. can't join games in progress. single player just didn't feel as awesome and fun as the first one. feels like some bonus missions for the same game. (i'm out of newegg-allowed characters for cons lol)

Overall Review: just kind of left me feeling used with a bitter taste in my mouth. they used shock value and hype to sell millions...and most people are just too excited about a sequal to what WAS an awesome game to see all the bad parts about this. most of the multiplayer issues could be fixed with patching...hell, the whole game feels like it could have been patched onto cod4 lol. Not a terrible game by any means, but it seems like they took what could have been absolutely fantastic and amazing and dropped the ball bigtime on a few things. great job optimizing dx9 for consoles, but the PC could have done so much more and other than IWnet, they seem to have spent 10 minutes porting the game to PC. props to the coders for what they did do and the story guys for the story there was, but in the end it was too short, hated the ending(what ending?) and wished they'd done as much with the engine as they did weaponry(tons of weapons/attachments/ways of using them, seriously, TONS! lol).

Pros: Great gameplay, graphics, gametypes, weapons, etc.. All the good things that MW1 had, this has excluding one key part.. Which everyone knows about. Martydom is no longer a perk, but it is a "death streak". But you have to get to a certain level to earn it, then you have to die 4 times in a row to use it just once. So it's not THAT bad.

Cons: No dedicated servers.. I'm sure everyone is tired of hearing this complaint, but it's an incredibly valid complaint. The host system... Sucks, there's just no other way to put it. The host system, along with the inability to have admins is nearly a deal breaker. You leave to get away from a hacker, you join another game and sit in intermission for for 30+ seconds, and if a few people back out of the game you'll be sitting there waiting for X amount of players. Then if you start with a bad host, you'll have to wait a little more and reconnect to a new one. This doesn't happen often, but just that it does happen is maddening. Also some complaints about the gameplay.. No leaning, minor but an annoyance nonetheless. Also, certain maps are camping paradise. Last thing, tubers will love this part. You can have a grenade launcher on your weapon, along with a "thumper" with two more (as secondary weapon).

Overall Review: If it had dedicated servers, it would be a must-buy. That would alleviate 95% of the problems, and make this game so much more enjoyable. Not sure how the removal of dedicated servers helps "casual gamers", I still play MW1 when i just want to get on and play for a few minutes, just seems like MW2 makes it harder for both types of gamers.

Pros: The game is pretty fun to pub for the most part... SP was decent.

Cons: There are no dedicated servers, no console so there is no /record or anything to be able to check steam ids. It is pretty blatant that IW is becoming a huge money hungry company and no longer cares about the consumer. First of all they charge you an extra $10 for the game. Second of all the game isn't complete. It has just been ported over from xbox which is fine because what else can you except from them anymore. And then they don't even put in all of the features. The sad part is that everything is actually there, they just haven't unlocked it for people to use. Watch for them to make us pay for things that should have been included in the game already. Hopefully they will patch this game without making us pay for it and put in at least the console or make it so we can record and check steam-ids. It would also be nice if they allowed dedicated servers because IWnet is absolute trash...

Overall Review: If I were you, I would wait until they patch the game before you bought it...

Pros: It is a awesome game to play ,graffixs are super, nice weapons to use the perks are great to work with .A tiny bit of hope for online hackers to be busted (not going to happen) Hope they would fix the vote to kick players.

Cons: 1.hackers=cheaters no matter what you do 2 outa 5 online sessions you will have to deal with them. you read the reviews and think it cant be that bad trust me IT IS . I see some reviews state its not that bad well those mite be some of them who are doing it . check youtube for modern warfare 2 hacks or glitchs and watch and you will see 1st hand and be your own judge . bad company 2 is your better choise now its out for a great game. 2. steam is nice when it works for friends to join game play, but its down allot and seems weekends it the worst for us , and thats when it should not be down. 3. IWNET is a joke they do nothing to get rid of the cheaters. the online playing with cheaters and servers crashing is just to much to put up with if you love gaming. there are sites all over the web saleing hacks for this game its horrible . with the videos on hacking and site selling hacks for it you think they would fix the problem but no there will be no fixes couse that cost them money

Overall Review: Do you wont a game you can play when you wish to , if yes dont buy this. have to play threw steam for offline or online so if steams down then you cant play. I always thought if i paid for it i could play when i felt like it lol. not with this game... I get so mad when we try to play and it say steam is down so our family gaming is off to then . The game is great please dont get me wrong on that part but it is such a mess to just play and have fun its not worth the head ack . I will never buy another cod unless they have open servers and steam is not forced on it. let us pick to use steam so if there down we can still play the game we paid for . makes good comon sence to be able to use what you paid for . We can only hope they fix there problems before the next cod comes out if not ,well they lose and we all move on to bad copany 2 and this fall the new and awesome metal of honor will be out in oct. If your reading this please do check youtube about the hackers and see how bad .

Pros: This game has sweet graphics and excellent potential.

Cons: The game overall is terrible. Hacking is out of control and there are no dedicated servers. You can not kick people who are hacking. In fact there is no real way to even report the hackers. The only thing you can do is leave the game and pray you don't end up in another AIM botting game 5 minutes later. There is no way of circumventing the lack of patches and dedicated servers provided by infinity ward. I will never buy another infinity ward game again.

Cons: As most others have stated, the multiplayer version is FAR below previous standards. Although the new "perks" allow you to level them up, the online play itself is extremely limited. No dedicated servers, no "tactical" servers, and everything is simply "run and gun" ad nausium. I'm going back to COD4 and COD-WAW where I have some options on play.

Overall Review: Not sure what developers were thinking here. A great game series and huge buildup to an equally huge disappointment. I will definately not be ordering the next one early, but will wait for the USERS' reviews.