OUT OF STOCK
Sold by: Newegg
Shipped by Newegg
Price Alert
Add To Wish ListFound on 1 wish list 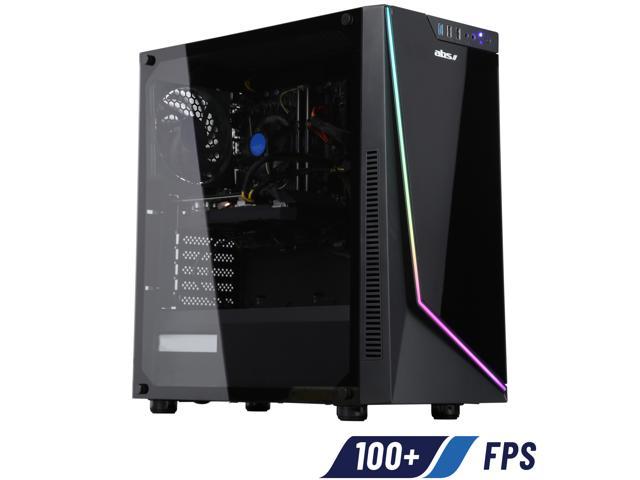 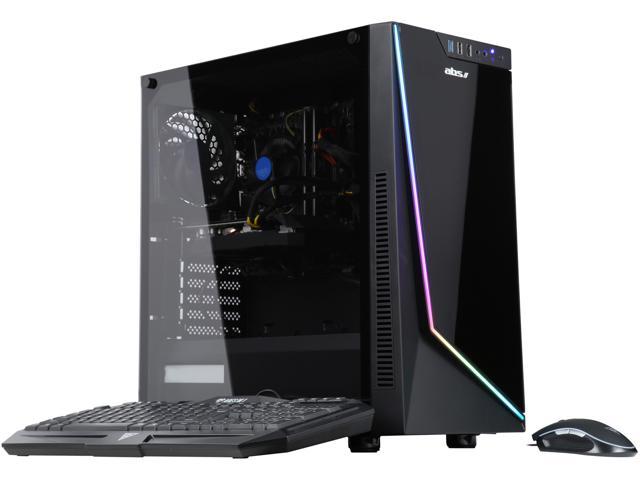 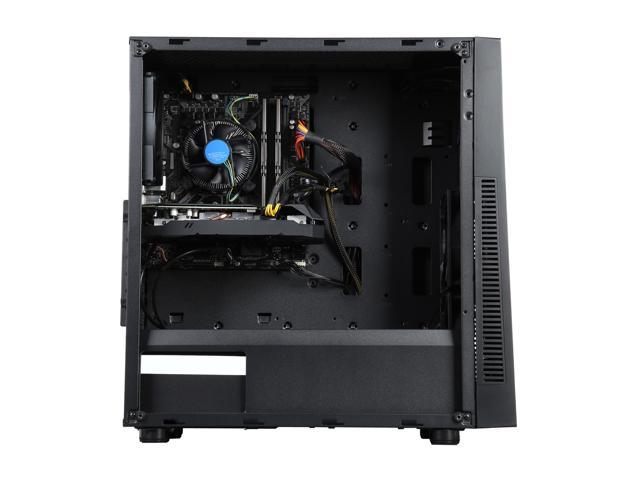 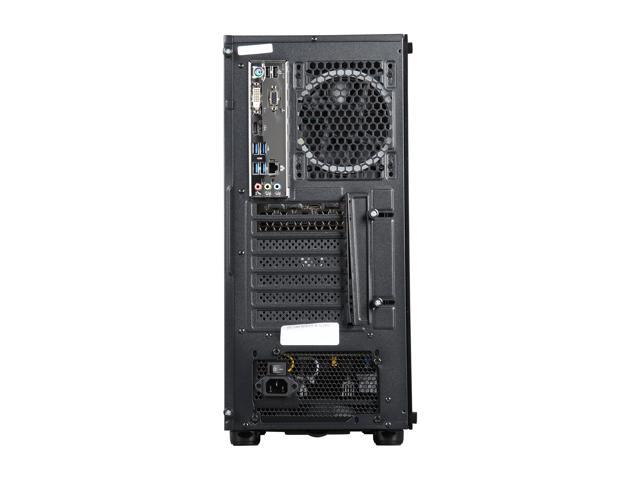 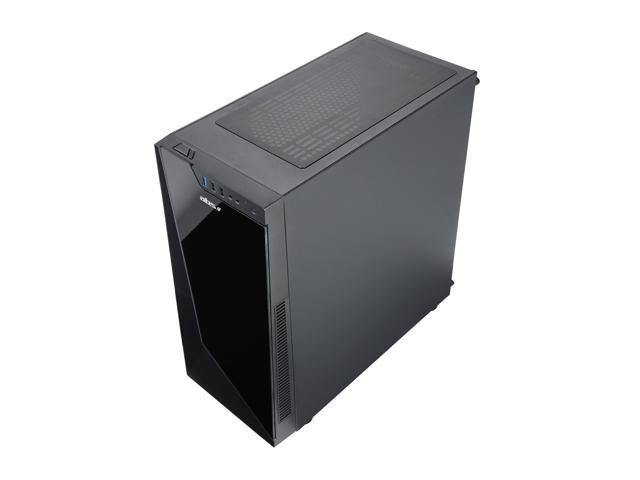 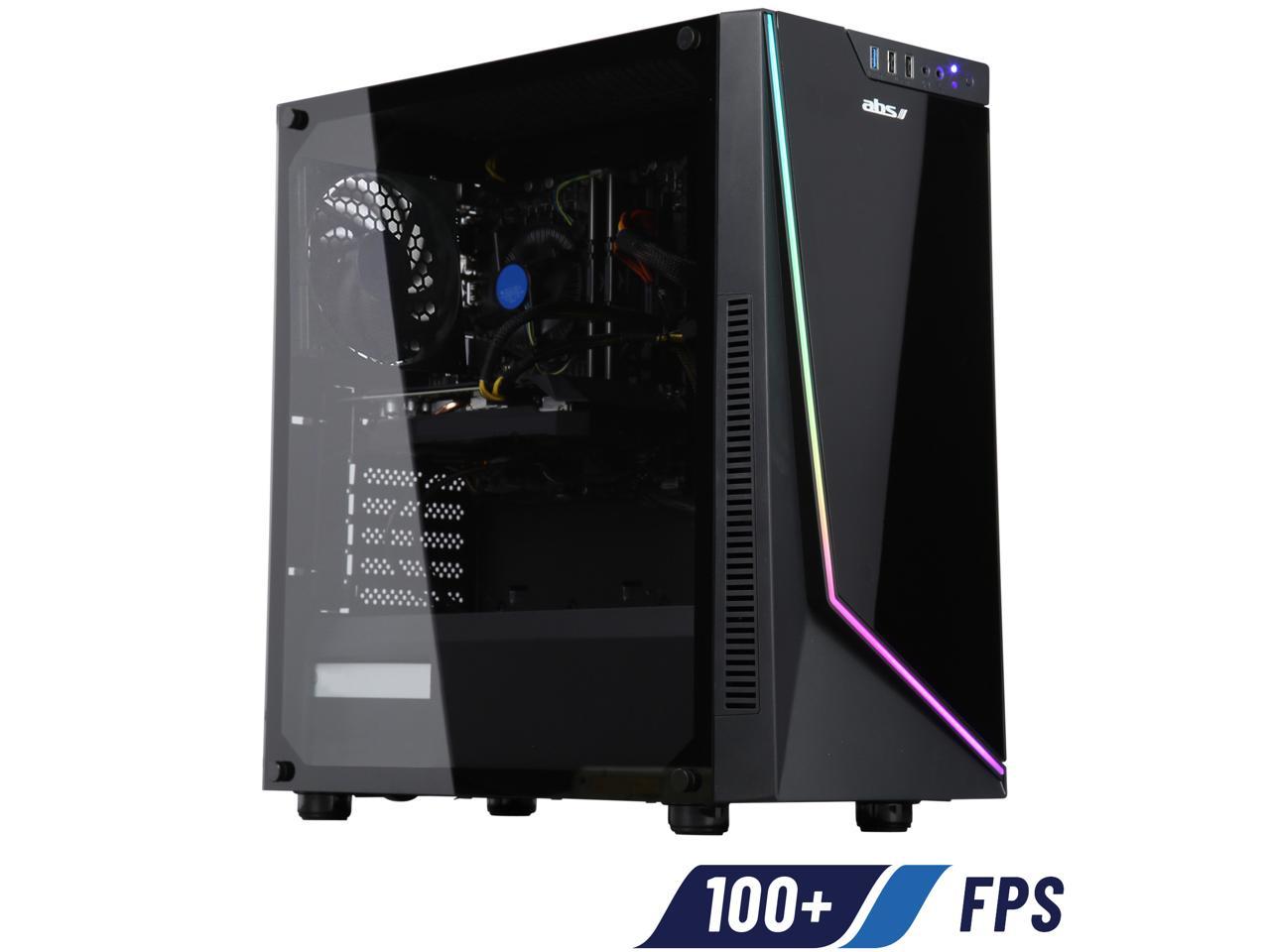 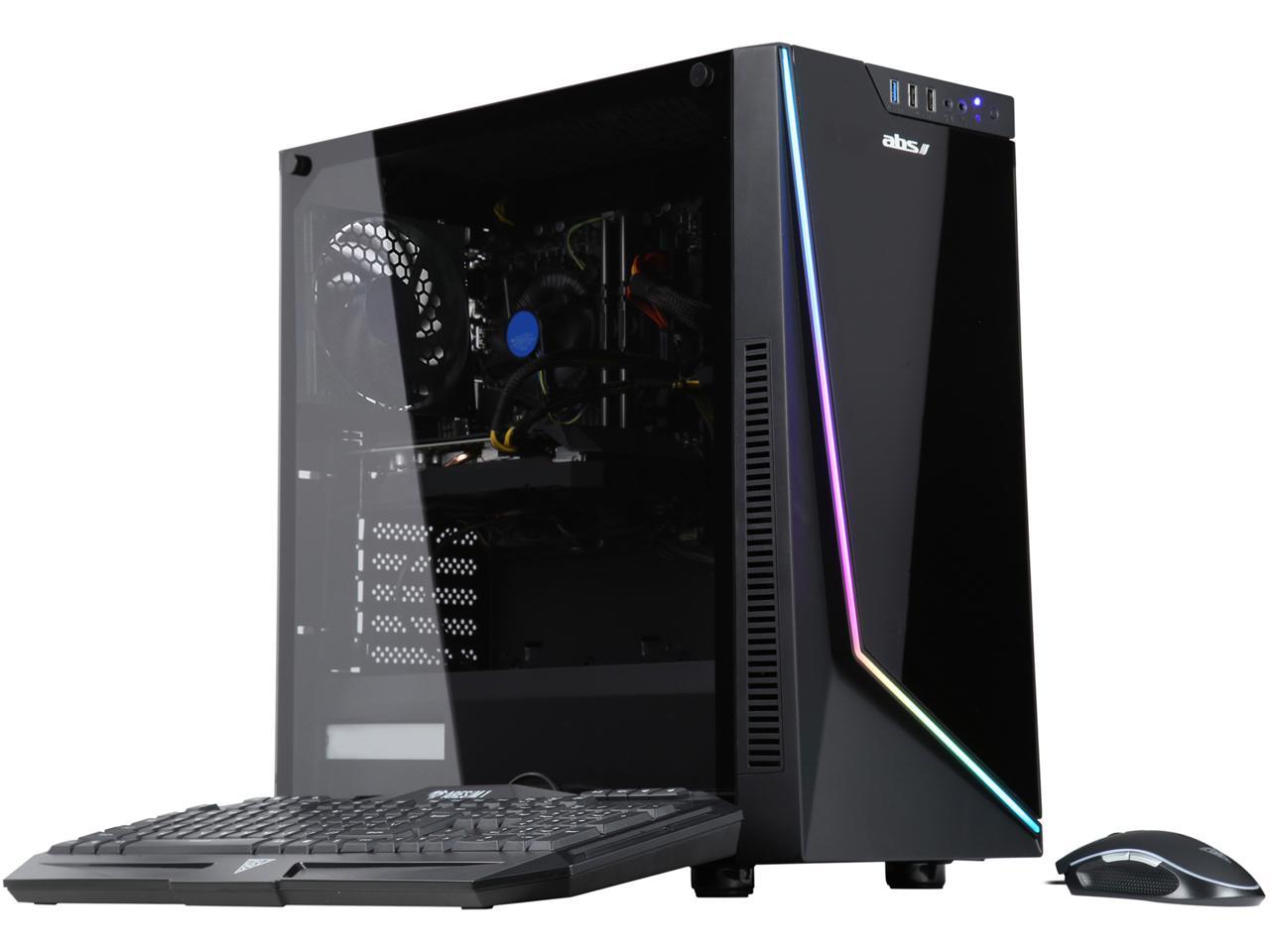 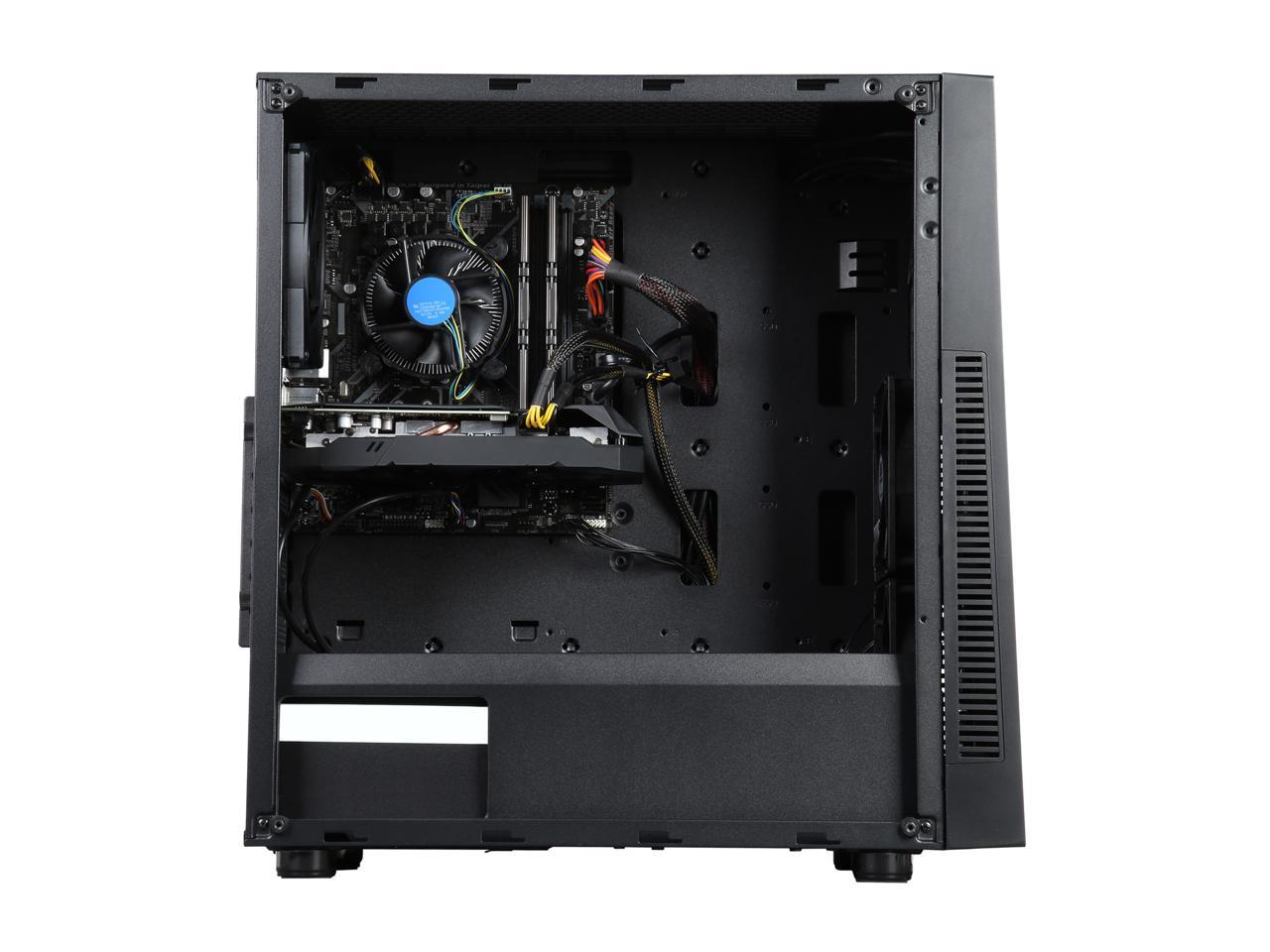 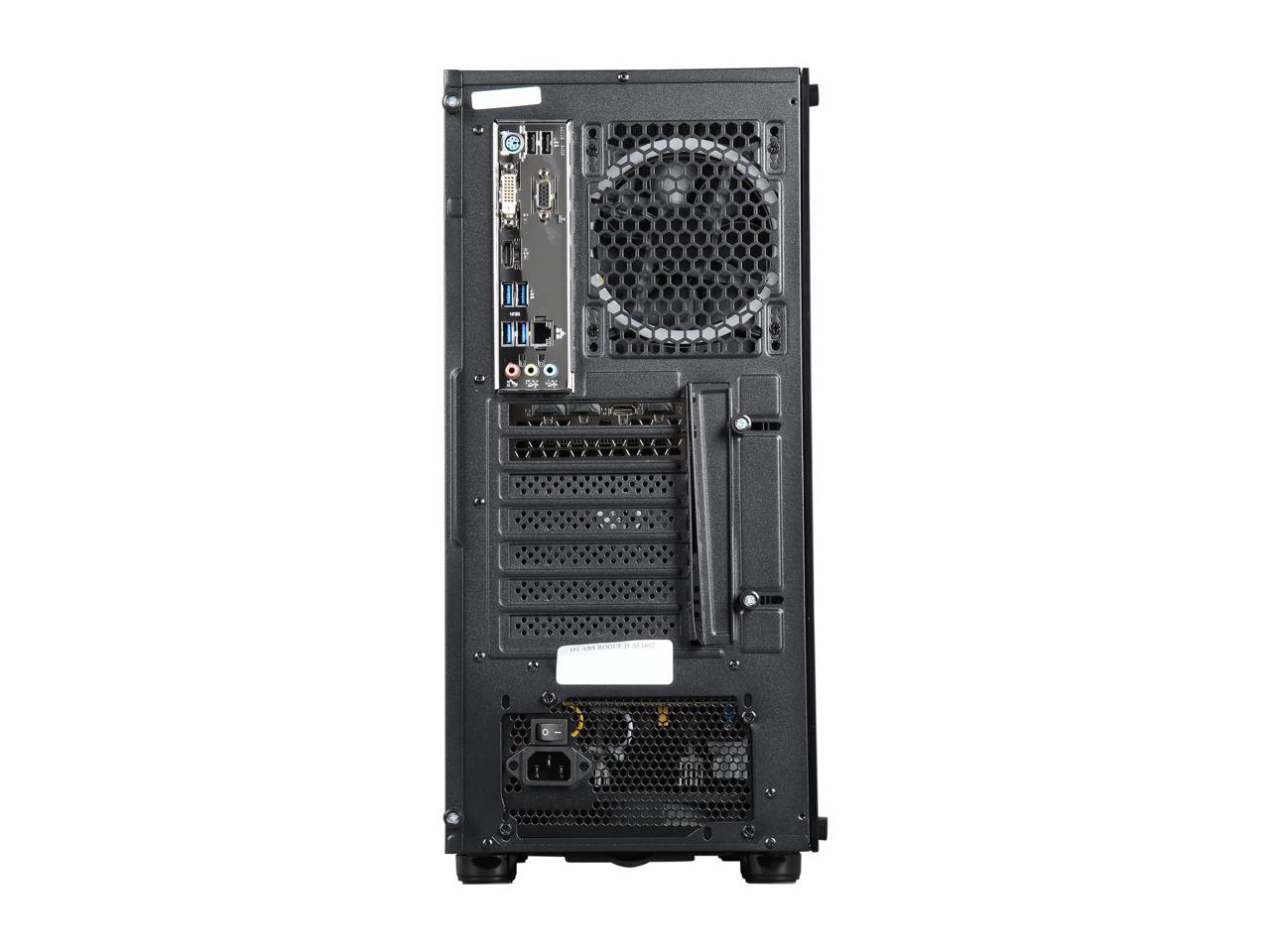 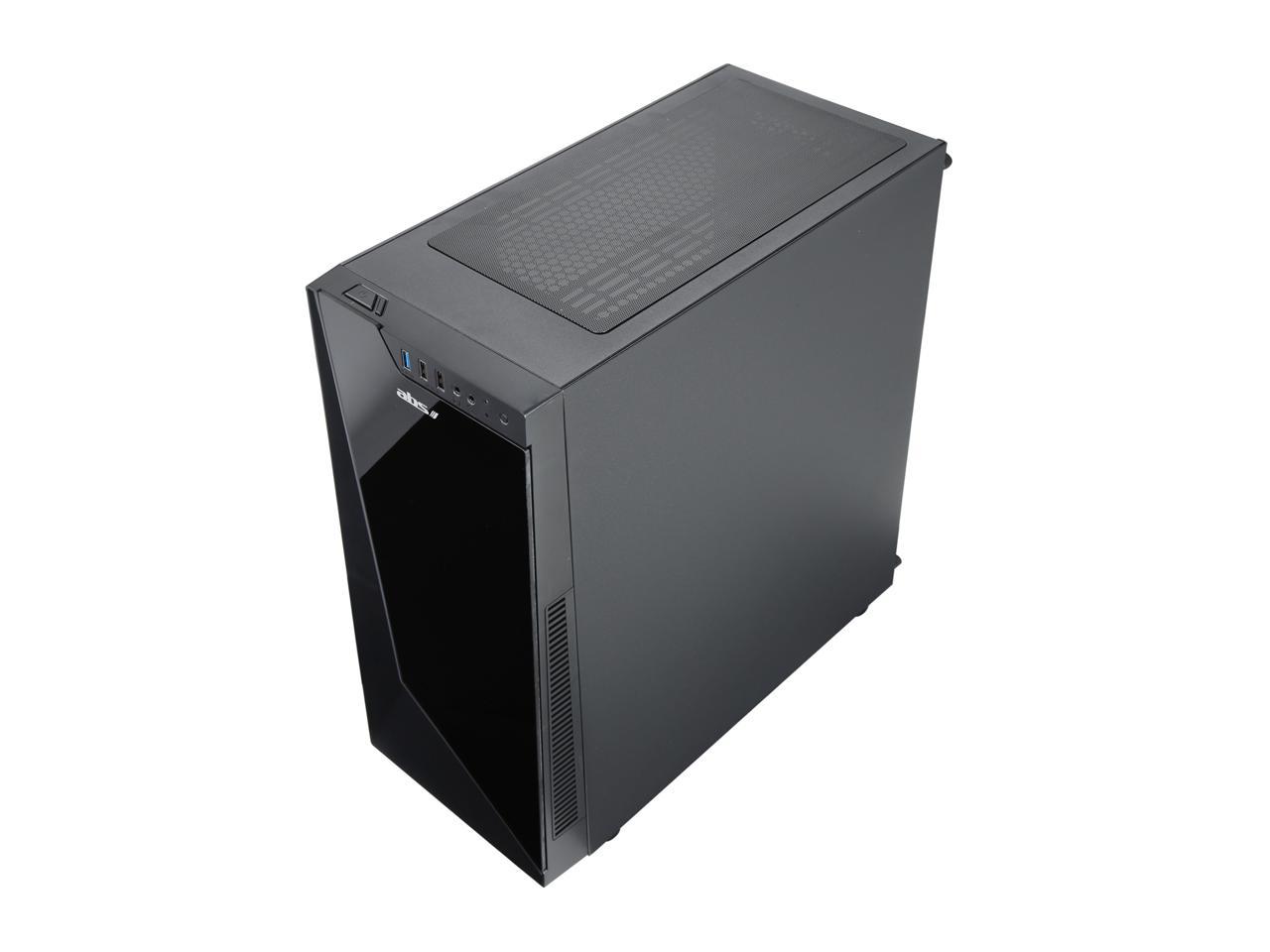 Ready to game and shine. The hardware configuration will make games load fast and enables up to 100+ FPS gaming. Tap in the game-changing features found in each component to play games like never before.

NVIDIA GeForce RTX 2060 is based on NVIDIA Turing architecture to push performance and realism to a new level.

16GB DDR4 3000MHz memory and 512GB SSD ensure data will flow fluidly back and forth. No crashing or freezing will occur. Heat buildup will cause sharp FPS drops. The top has an immense mesh to promote airflow movement for better heat dissipation.

The one USB 3.0 port, two USB 2.0 ports and audio in/out jacks at the top of the front panel offer easy access to peripherals.

Learn more about the ABS ALI403

Pros: I was skeptical at first, because I purchased this product when it had no reviews. The specs looked pretty good, but I had some worries about transportation of an entirely pre-built rig from California to where I live in the midwest. When it arrived, I immediately opened it up to ensure everything was plugged in and where it should be. To my surprise, I didn't have to do much. Cable management for my particular unit was quite good. After that, it was plug and play! Have had no issues, incredibly responsive and very fast. Would absolutely recommend to those who don't have the time or desire to put together a rig on their own. Understand, however, that the convenience is priced into the product. There is about a $150 mark-up from what you would pay to buy the parts individually. I mostly play FPS (CS:GO, Valorant, COD), but it has performed quite well for some more visually intensive games like remnant, sea of thieves, red dead redemption, and others.

Cons: Rig is hardcore bottle necked, which makes sense - obviously the graphics card is the selling point for these pre-built rigs. Power supply is a little low wattage at 550, but easily upgradable if you wanted to upgrade your processor or do some overclocking. Keyboard and mouse are a nice touch but to be honest, they're trash. Whatever, no complaints about that - they're extras. RAM is a tad on the low-side, but again easily upgradable.

Overall Review: Pretty good. Would recommend to some friends if they had some extra money to spend and little time/no expertise regarding how to build a computer.

Overall Review: Death on Arrival. I opened the computer did the windows update. The next day, the computer restarts in loop before going throughout bios.

1 out of 1 people found this review helpful. Did you?
Manufacturer Response:
Dear Valued Customer, We are very sorry for the inconvenience that you experienced, we would like to fix or replace your system for you. Please contact us at (800)685-3471 Monday - Friday between 8:00AM to 5:30PM PST or email your information to customercare@abs.com so we can begin to fix the issue for you. Thank you again for considering ABS products, we look forward to resolving your concerns. ABS Customer Support
Anonymous
Ownership: 1 day to 1 week
Verified Owner
Great6/3/2020 9:27:14 PM

Cons: Light in the front is very bright

Pros: -Runs most games at high and ultra -runs software such as adobe, toonboom, blender, etc well with next to no hic-ups -quiet

Cons: -when something dose goes wrong, it take about 10-20 min for the system to reboot -not as powerful as i thought -the keyboard and moue it came with are garbage, get your own IMO

Overall Review: overall, for the price its good and for a student needing it during a pandemic, its amazing! if i need to change anything, it would be to add more RAM and maybe change the CPU

Pros: -very quiet when running -easy set up -aesthetically pleasing -lights are a fun touch and you can turn them off if you want

Cons: -mouse and keyboard are very cheap. Not surprising.

Pros: I liked the speed of this machine and it's the fastest pc that i have bought so far and the price was right. I got a great deal and i had to snap it up.I said good bye to my old PS4 and had had enough of the crashes on the console.....(Time for a PC) It has much better graphics than the console and say good bye to crashes.... I'm a gamer and i love this machine...Hasta la vista baby

Cons: My only con was having to wait for it's arrival.. It came 3 day's early but i was a kid waiting for christmas...Thanks newegg

Overall Review: I would recommend this computer to any gamer on a budget...Anyone that needs to know how to operate the front panel light...it's the small button beside the power button...you can press this several times to get what ever effect you like...and hold the button to shut it off...the inside case lights are operated with a program inside the bios called RGB Fusion...UNDER Peripherals...Hope this helps...Enjoy...Jeff

Did you find this review helpful?
Anthony M.
Ownership: 1 week to 1 month
Verified Owner
great price for a starter gaming system6/8/2020 7:58:59 AM

Pros: - core components are good quality - the case and led lights make a nice show - all the cables are neatly packed away

Cons: - the rear panel is not aligned correctly rendering the rear usb ports inoperable, i will have to adjust the panel cover when i need the extra ports - they used a very small motherboard to make it look nice and neat and video card partly covered the ram slots, i had to unscrew the video card in order to add more ram.

Overall Review: I would recommend this for a starter gaming system. the cons were only minor inconviences.

Overall Review: For the price, it really can't be beat.